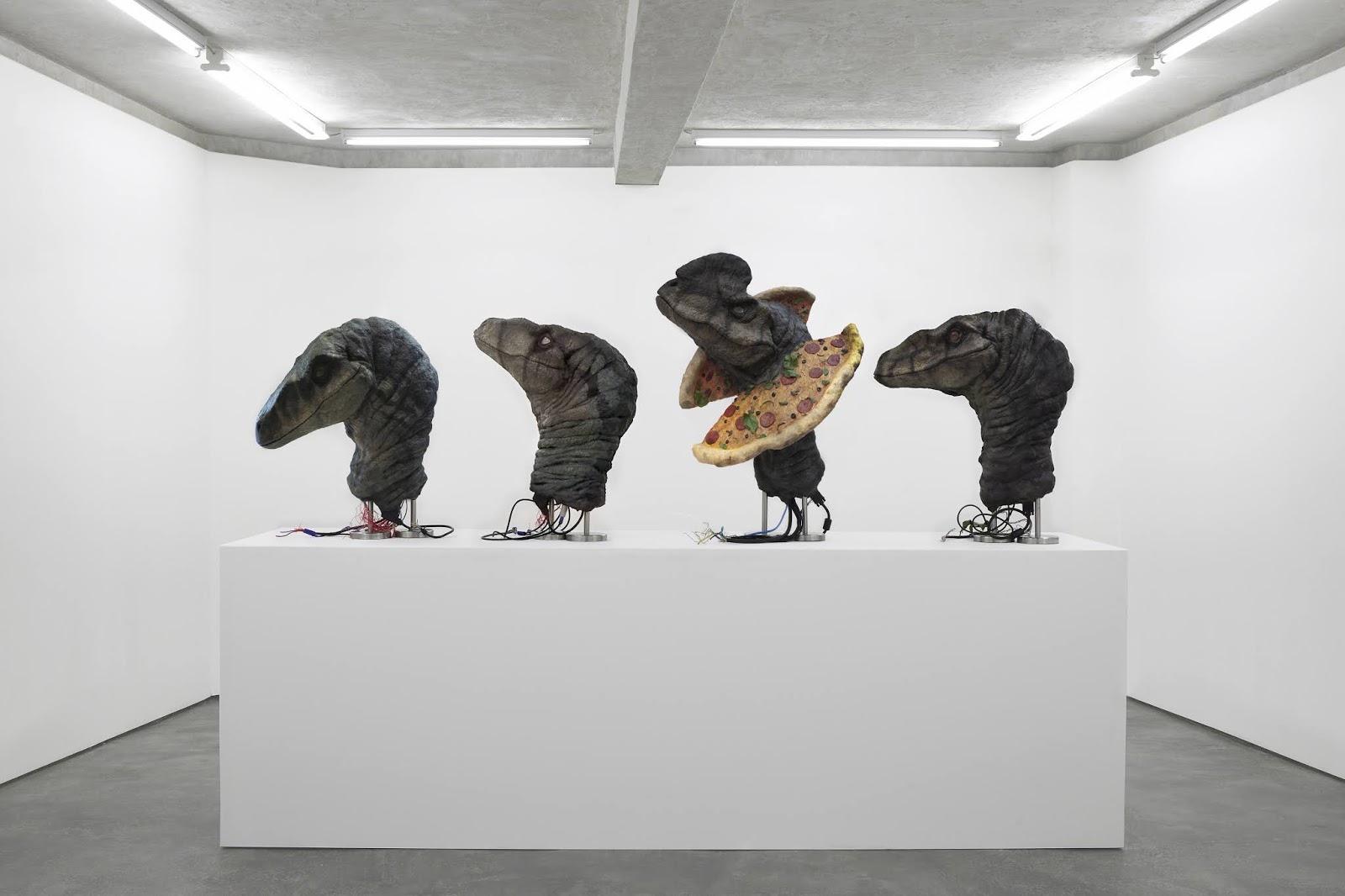 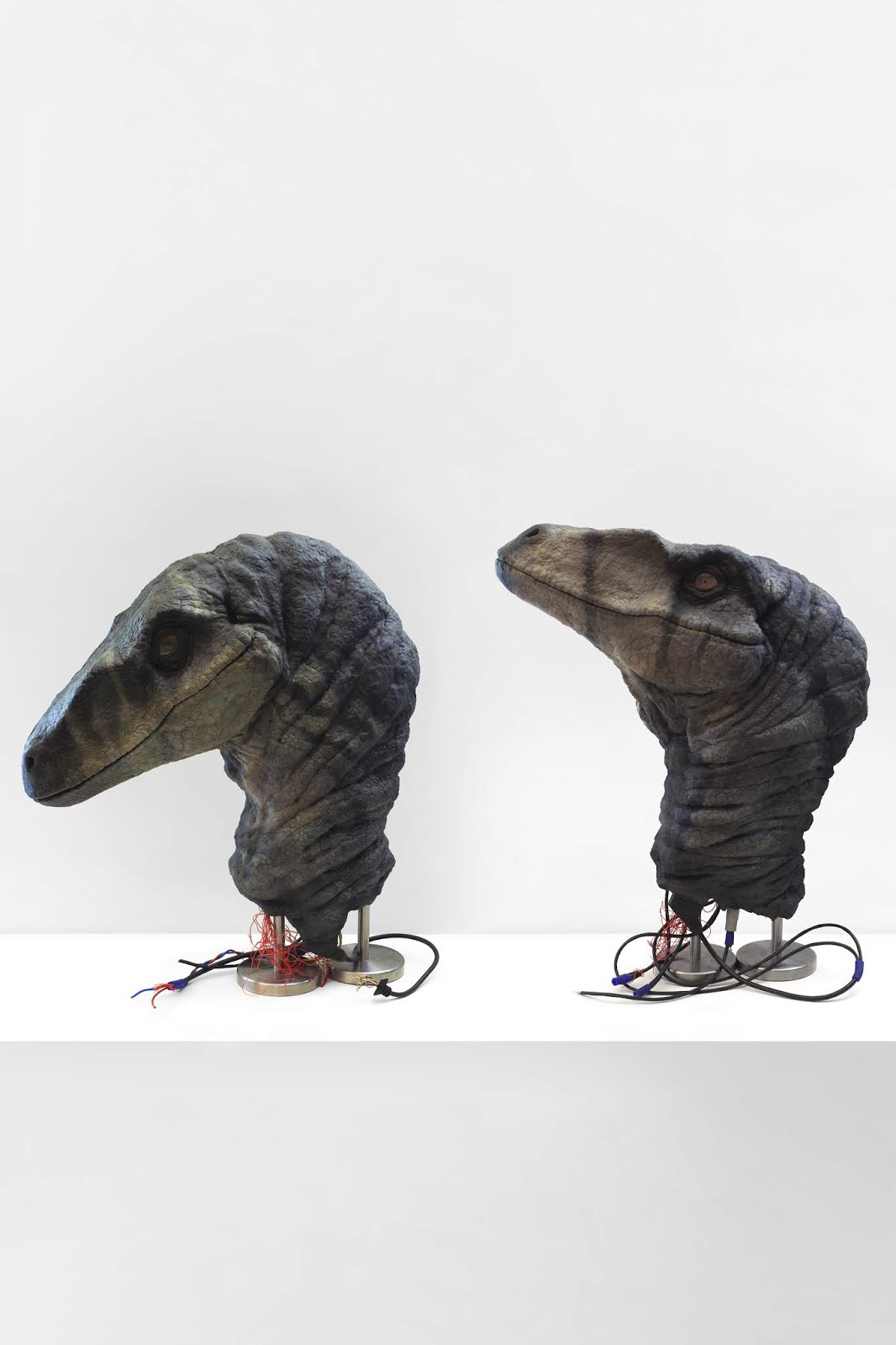 The last few years have been marked by a radical shift in how information is spread and diffused. The high speed and effortless way in which we are bombarded by information, true or false, leave us with an openness and confusion that brings us to shift within these different representations of realities, feeling helpless in front of it, and yet trusting them as we almost become integrated with them due to technological advancements. The information systems of today’s capitalism, as highlighted by Dr. Nishant Shah (2019)[i], rely on the fact that we don’t trust each other, so how is it possible to avoid taking this situation for granted? How do we co-exist with this feeling of discomfort?

For his first solo exhibition in the UK “Tangled Depictions”, Michele Gabriele is presenting a new body of sculptural works that explore and consider how the representation of ideas and events are currently portrayed, analysing how information is used in order to spread a complex and multiple knowledge of the different systems which are the foundation of today’s knowledge-intensive capitalism. With 4 different sculptures of the series “It’s always so hard to admit that things are different than what we had believed at first sight” (2018-ongoing series), the artist wants to highlight in a straight-forward and intimate way, how difficult it is to accept happenings/ideas/objects/beings for what they are, as well as the human tendency to not embrace their true meaning, not wanting to accept things that are different from what one has always believed.

Michele Gabriele reflects on these circumstances by analysing the representation of extinct beings, such as dinosaurs in mainstream culture, and the way they are depicted in movies like Jurassic Park. It has been proved that these creatures are generally more similar to chickens and poultry[ii], rather than those scary yet beautiful beings a generation built their dreams and fears on. The work, as the artist explains in a recent interview[iii], presents an obvious and redundant dichotomy: one side is figurative, modelled in a two-component epoxy resin and oil painting, the other is made with commonly used materials and objects, selected for two reasons: the capacity to emphasize this two-dimensionality and the ability to suggest an imaginary (or more specific imaginaries), decorating the sculpture with random ornamental and abstract friezes.

The double-face of the sculptures focuses and emphasizes the misconception when looking at the artworks, especially when seen them in photographs as it suggests that the entire sculpture is hiding its second, more abstract and two-dimensional face or vice versa. The ways we perceive different representations of reality, and the way we make them ours, are a key part of these sculptures. Looking at the artist’s work, it is evident how these interconnections of realities form our opinions for particular argument, especially when something is not intended to have that specific meaning.

Michele Gabriele’s works representations are the perfect example of what Tristan Garcia (2015) calls ‘the abstraction of the presence of things’[iv]. As the French philosopher states, ‘representation is a constraint produced by art and incorporated in an object by work, which forces our perception to absent a part of the presence of things.’ The tangled representations of realities produced by the artworks, both due to technological advancements and the blind
faith we put in the systems produced by the intensive-knowledge capitalism, added to the intrinsic capacity of the artist to emphasize this duality, make these works unique and complex. With these interventions, the artist is trying to show how these tense representations of different aspects of today’s life are embedded in the human vision of the contemporary and how difficult it is to escape it.

This exhibition is supported by Arts Council England.

Mattia Giussani is an artist, curator and Daily Lazy editor based in London. After graduating in BA Photography at Camberwell College of Arts in 2015, he graduated in MFA Curating at Goldsmiths, University of London in 2017. His research has strong interest in the relationship between digital technologies, social changes and the response of art to these challenges. Recently he’s researching within the Posthuman field, and using it as a navigation tool within different theories, especially in relation between art, computational culture, technology and new media. Recent artistic and curatorial projects include: Unknown Synergy at Tile Project Space (Milano, May 2019); Heedful Sight at Like a Little Disaster (Polignano a Mare, Nov 2018, IT); Future Fictions at Assembly Point (London, Sep 2017, UK); Non Standard at T-Space (Milan, June 2017, IT); We are having a great time :) at Rockelmann & (Berlin, 2016, DE); 9 Evenings: Theatre and Engineering Revisited 1966/2016 at Arts Catalyst (London, UK, 2016); Into The Fold at Camberwell College of Arts (London, UK, 2016).
Tags Gossamer Fog, Lazy exhibitions, London, Mattia Giussani, Michele Gabriele, Tangled Depictions
Newer Post Older Post Home