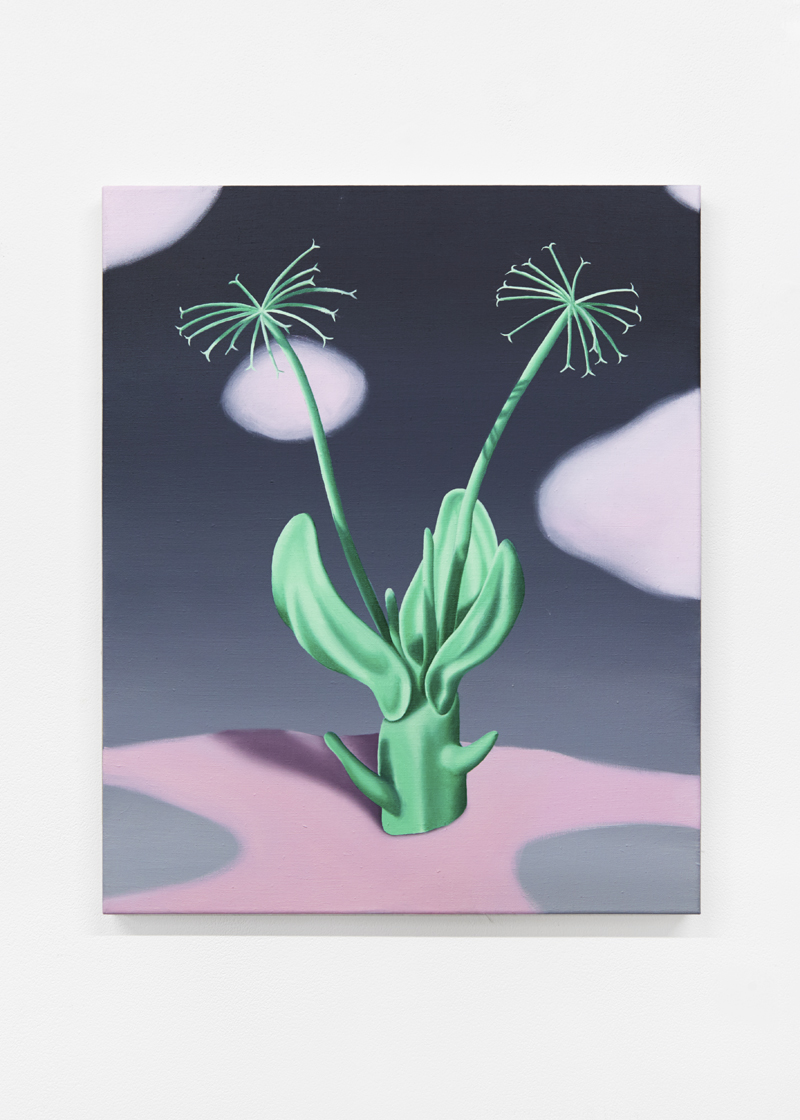 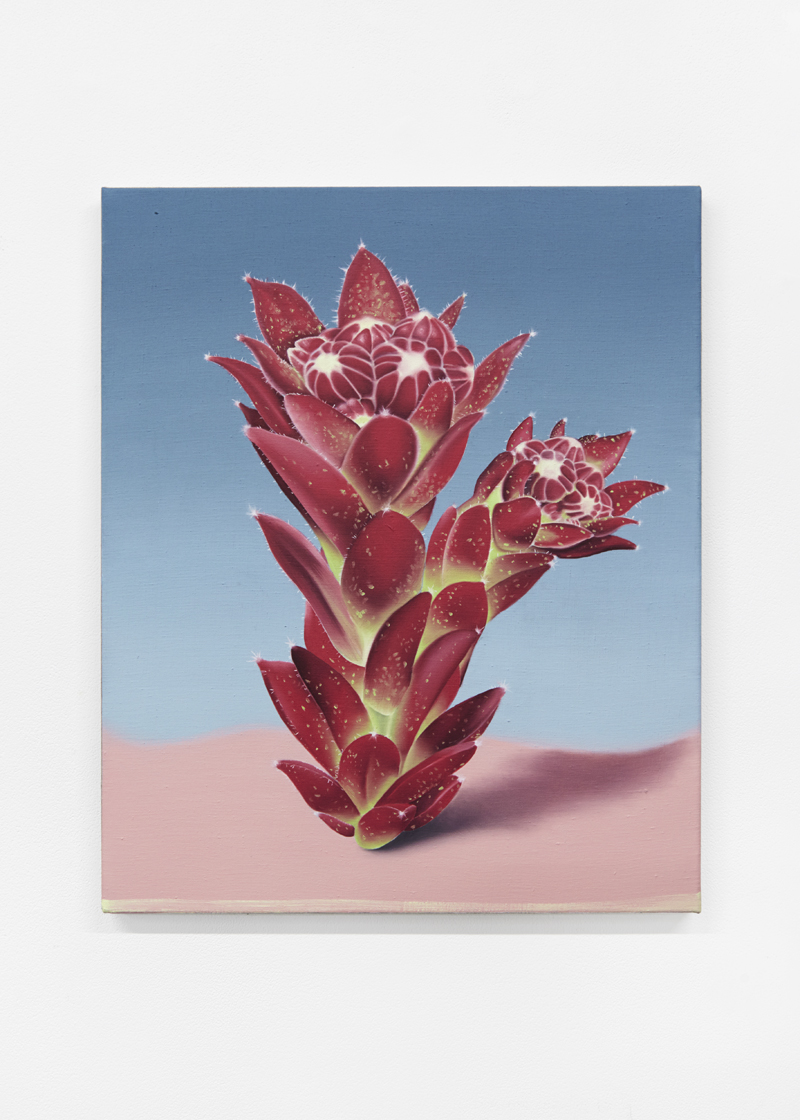 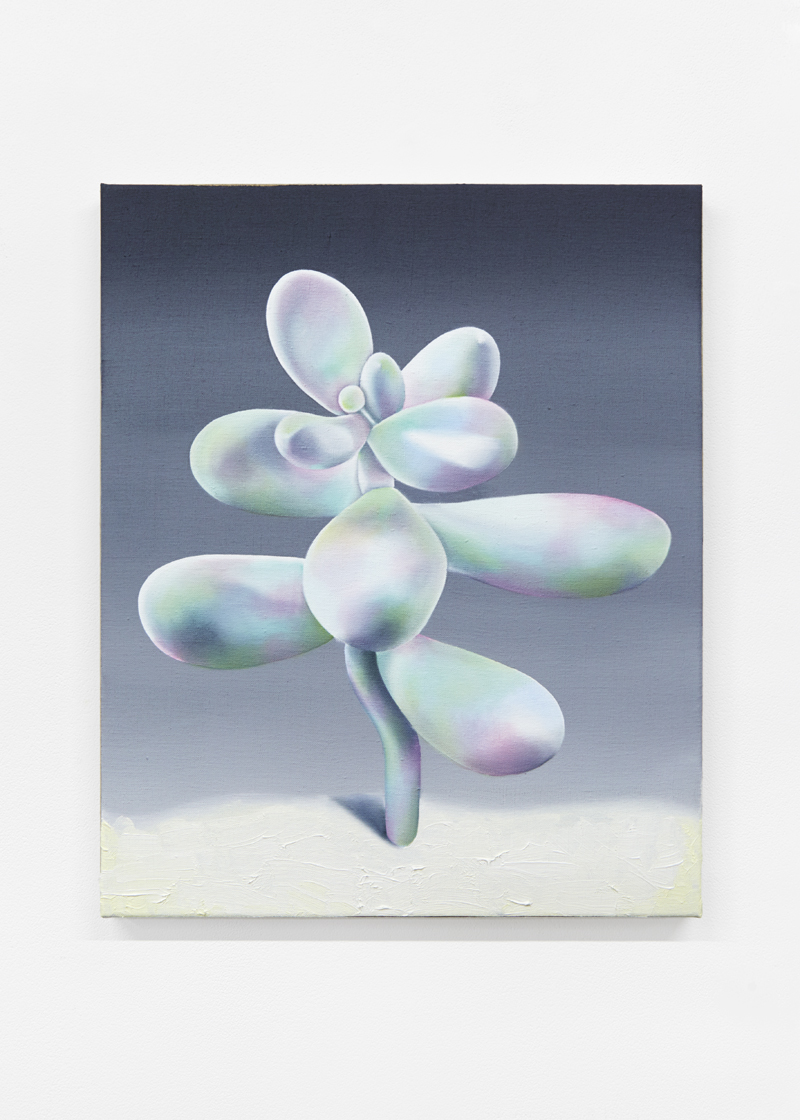 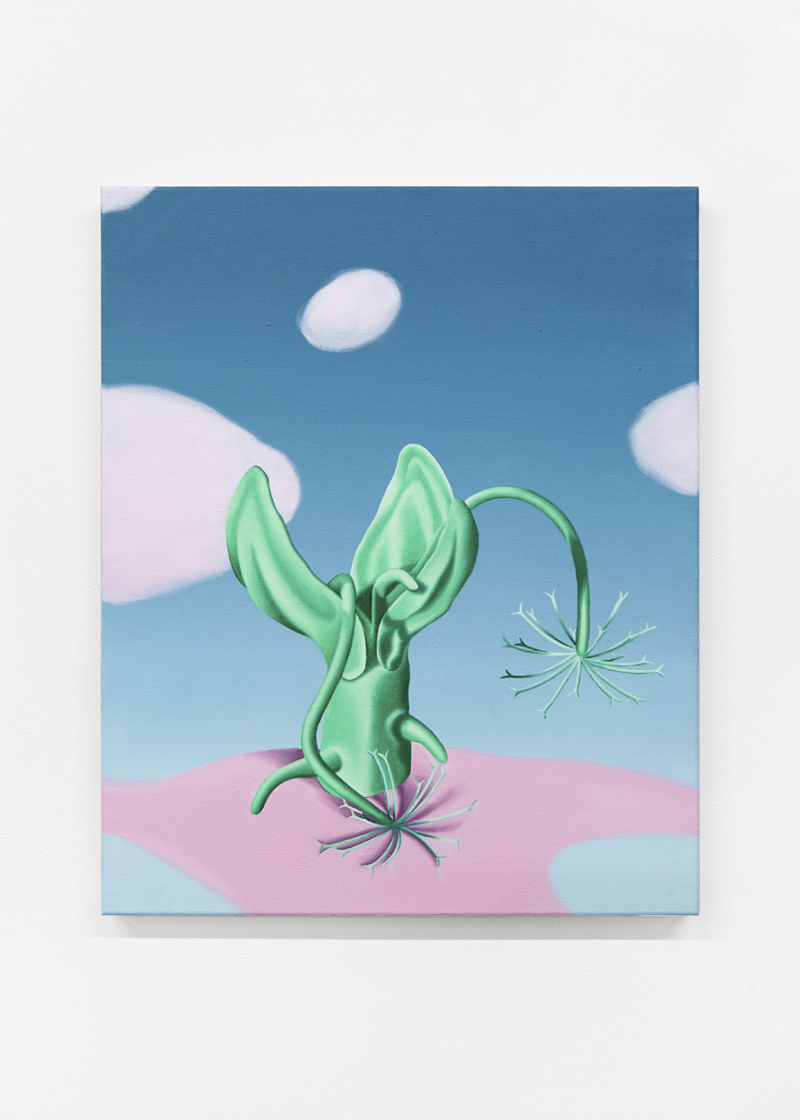 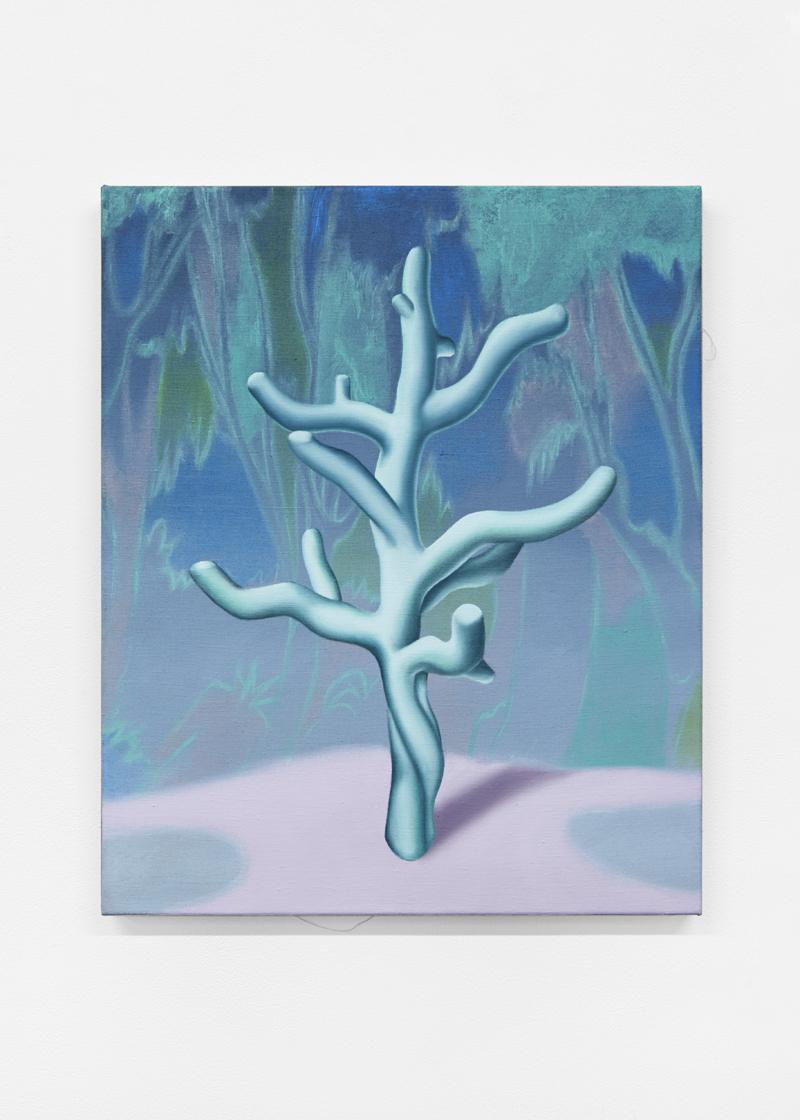 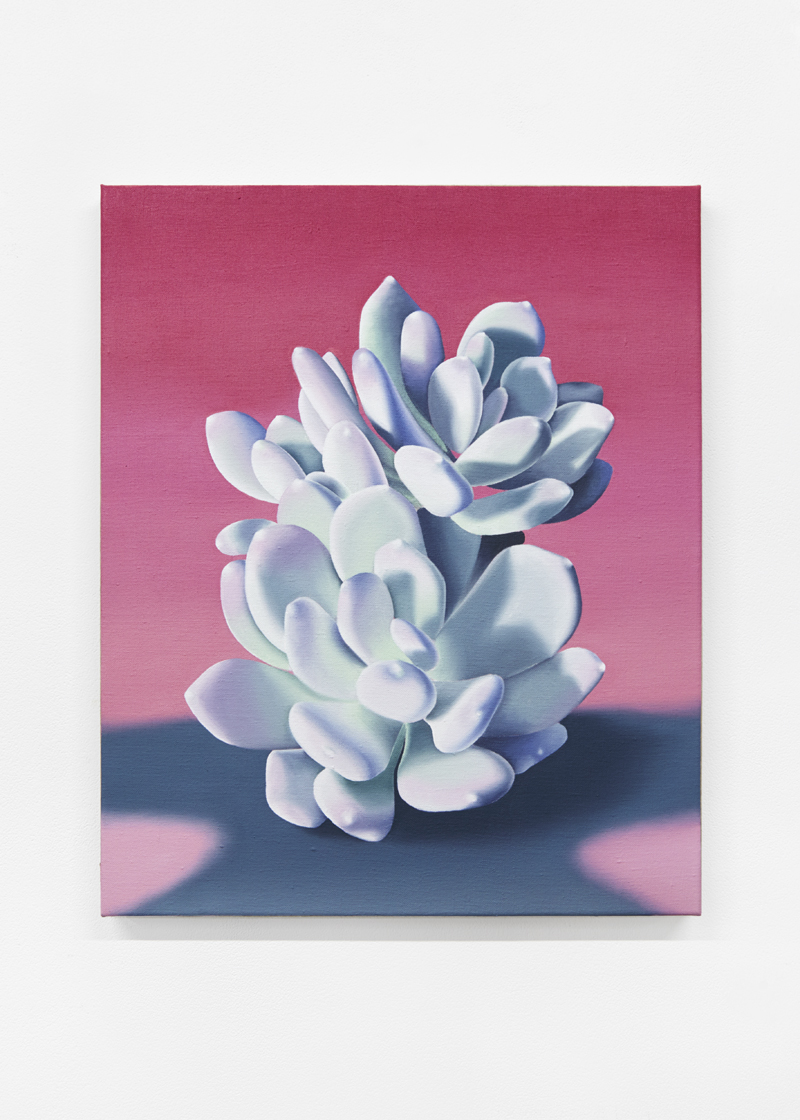 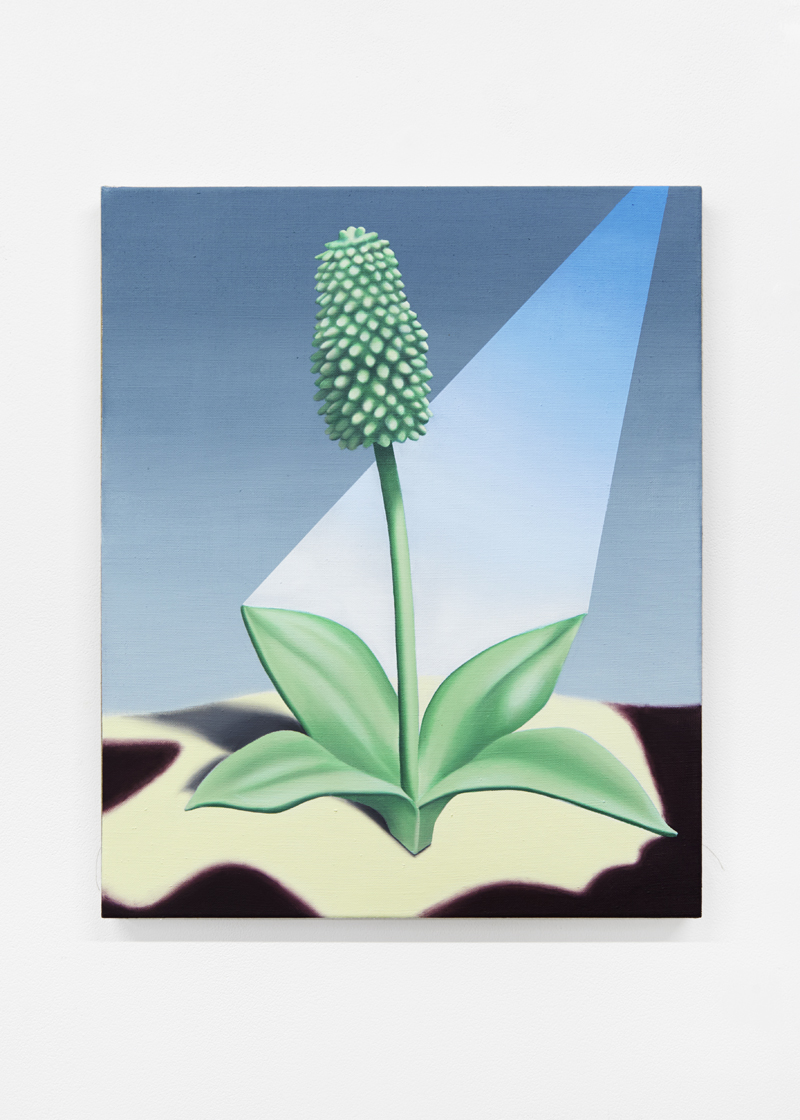 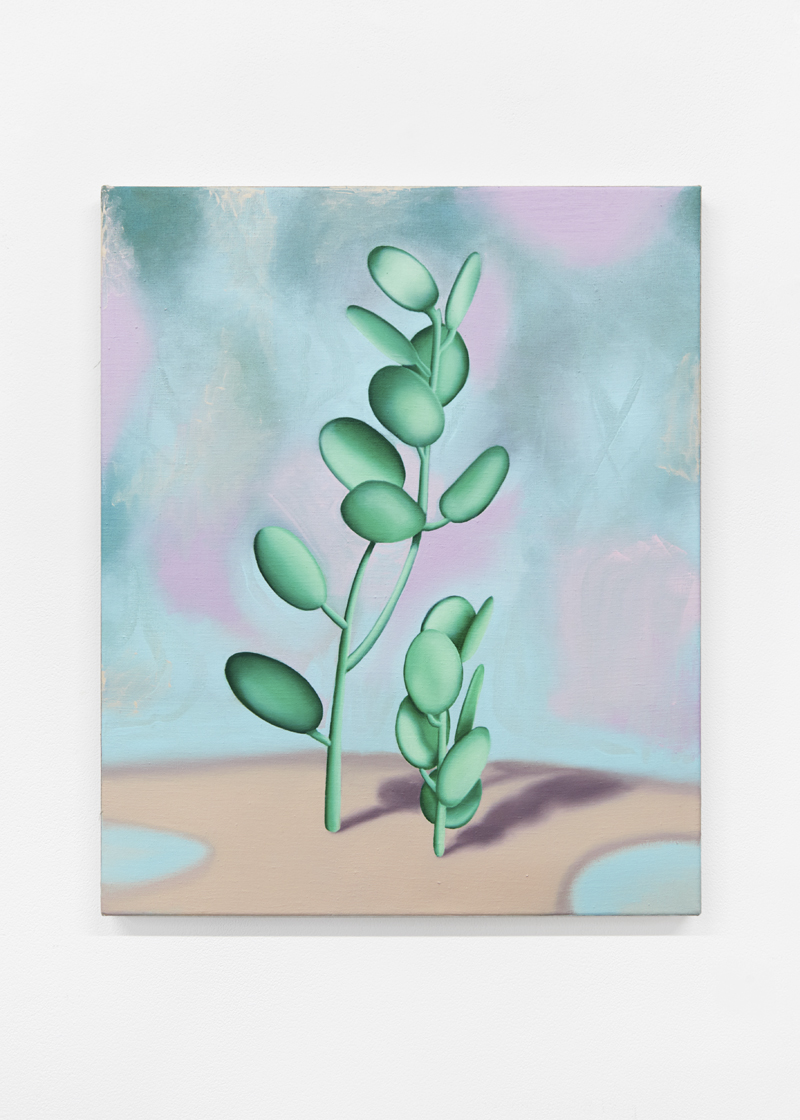 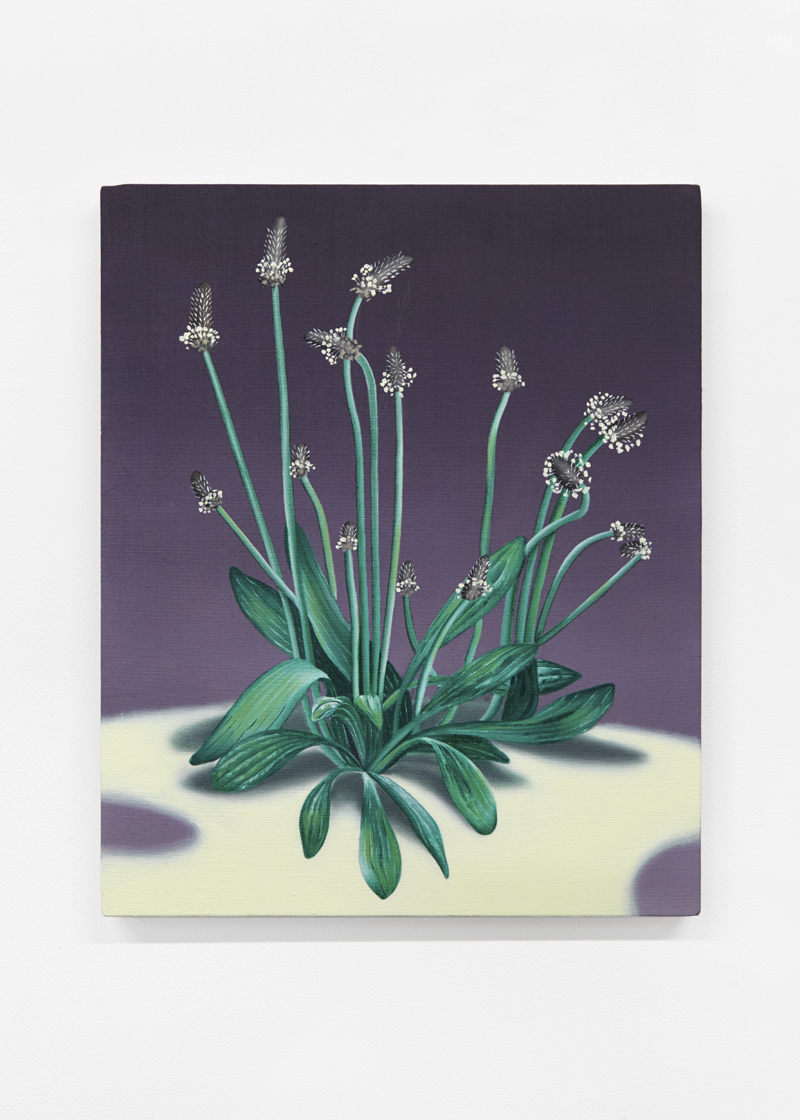 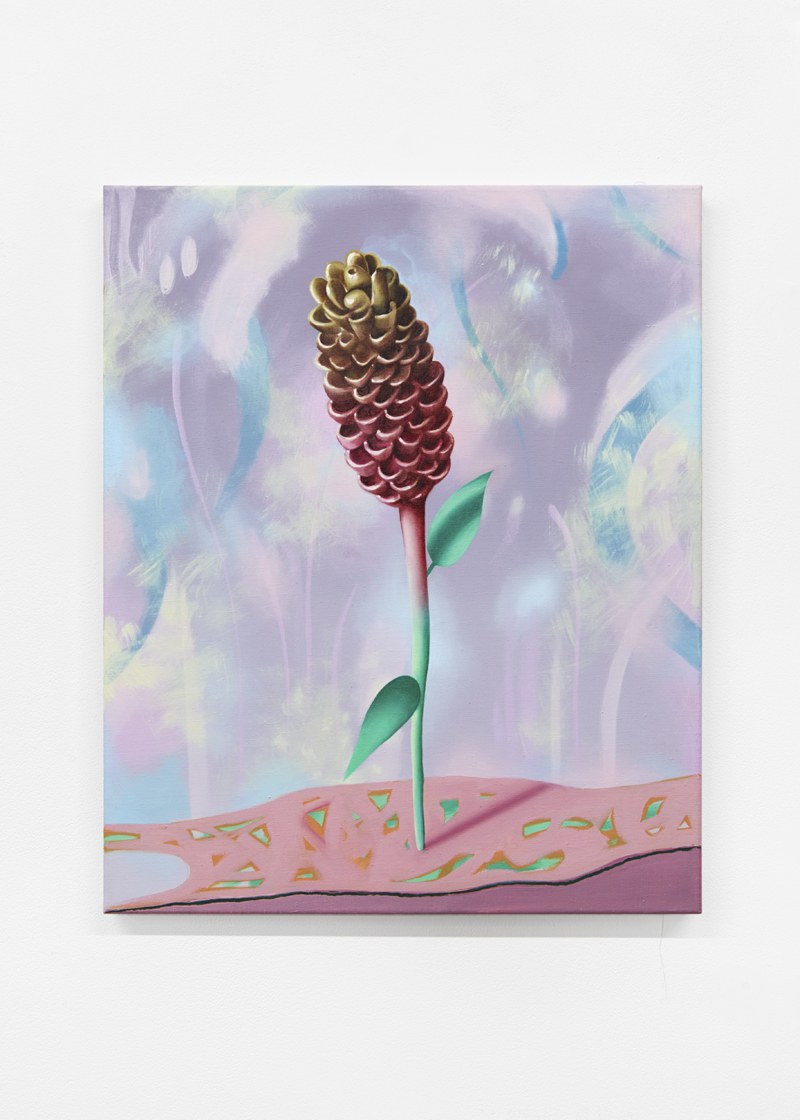 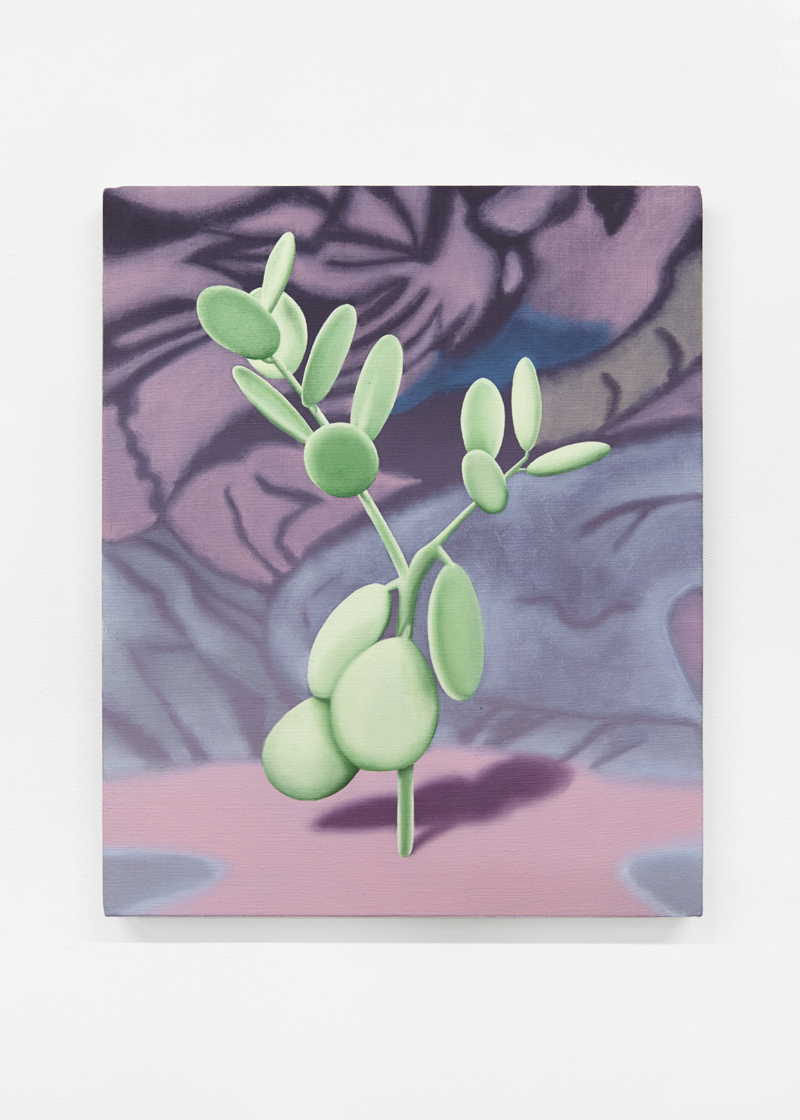 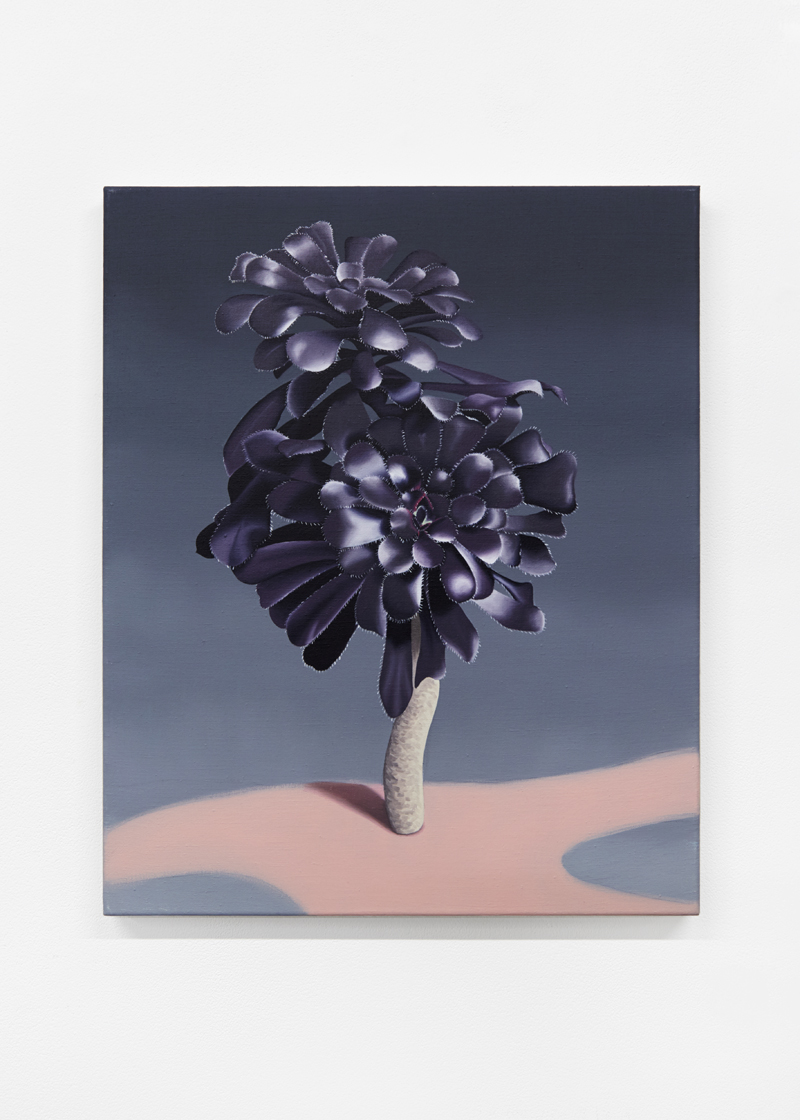 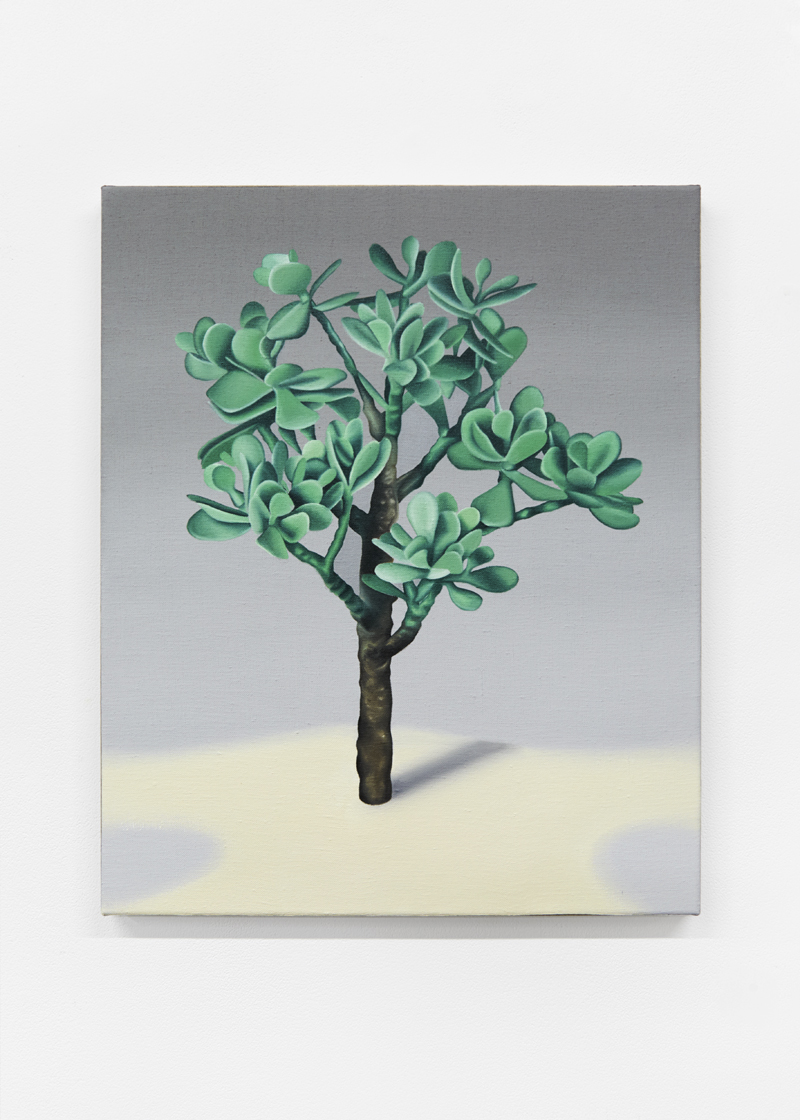 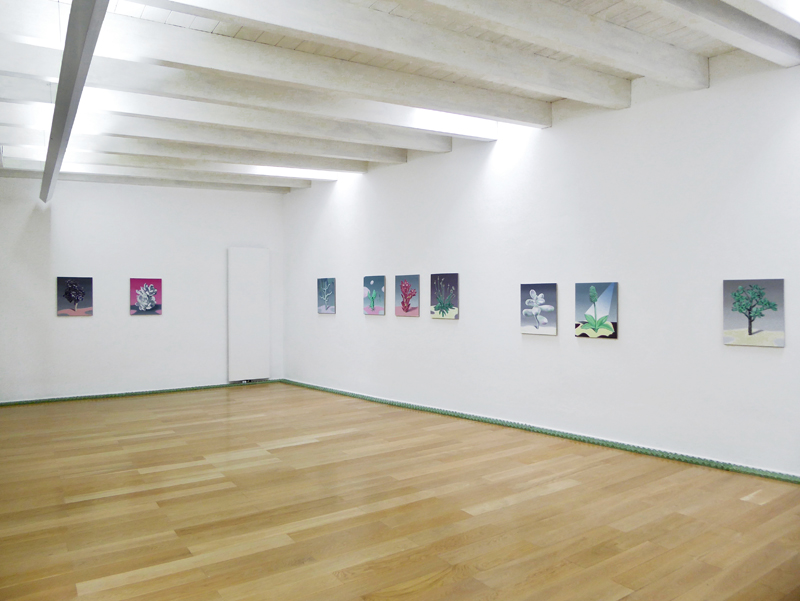 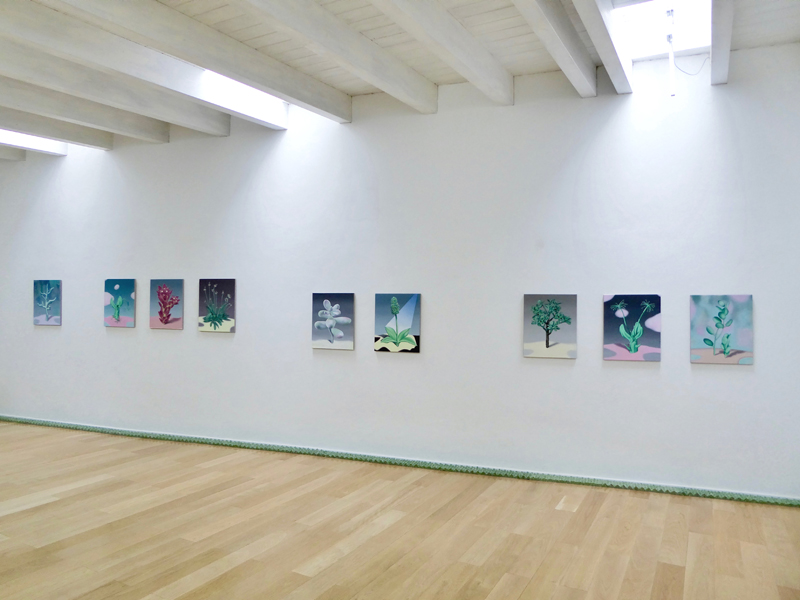 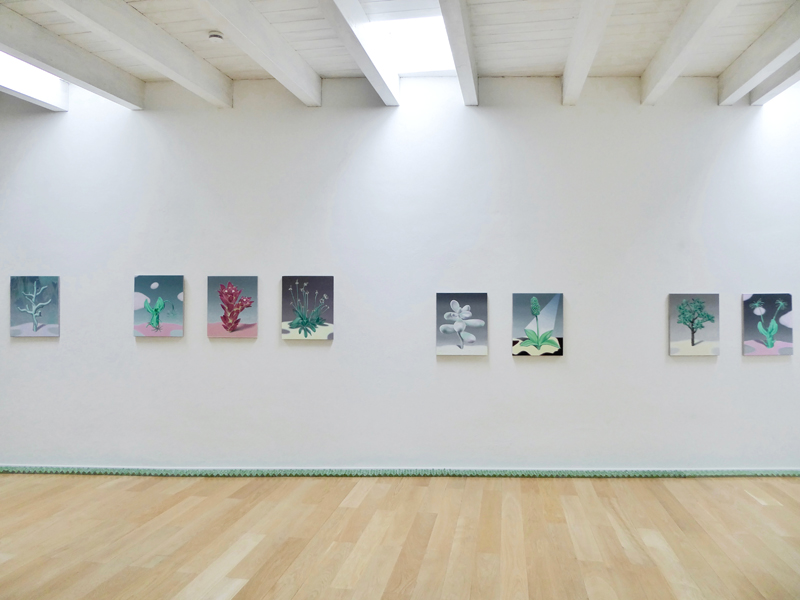 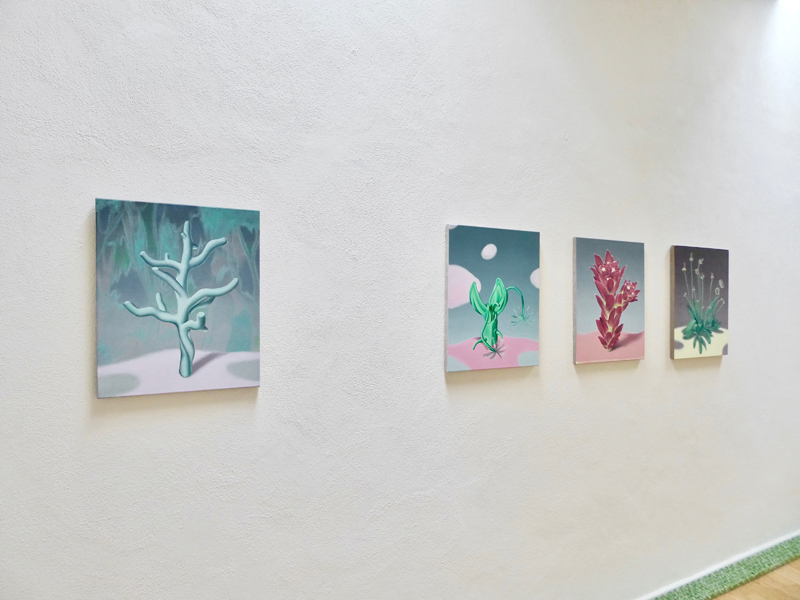 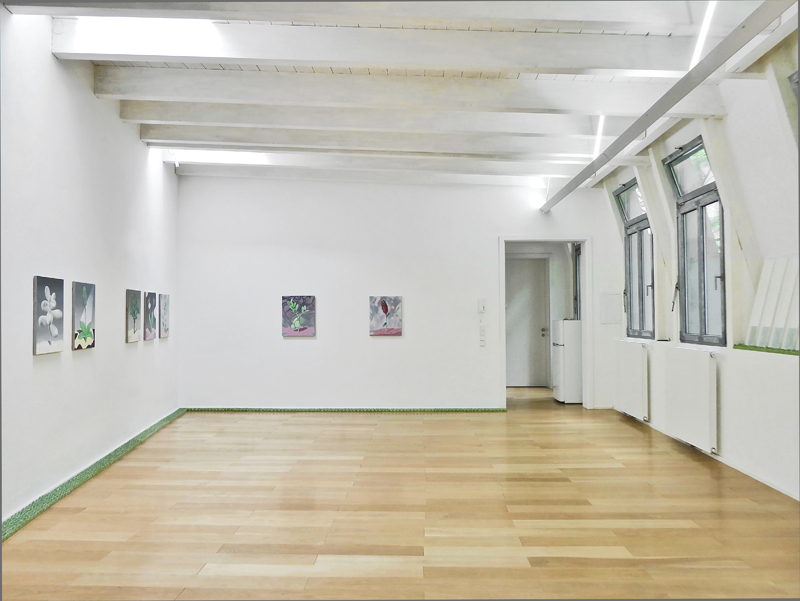 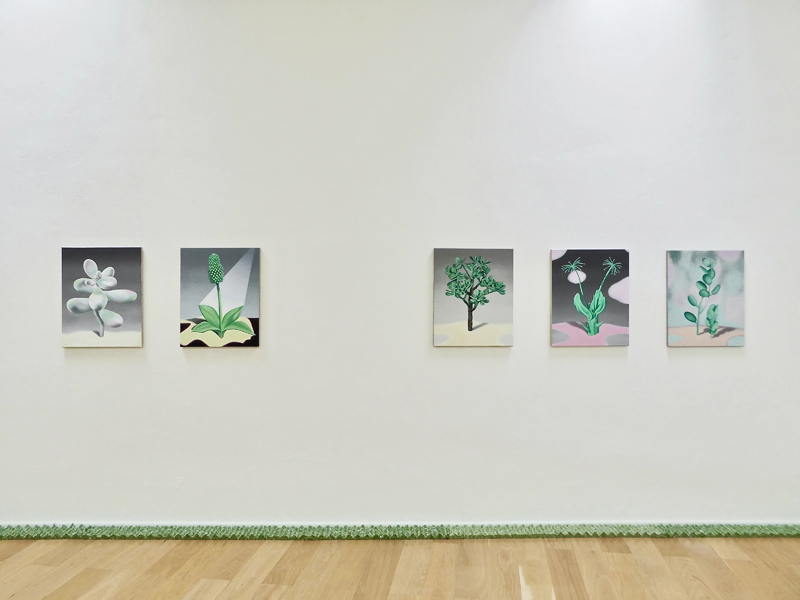 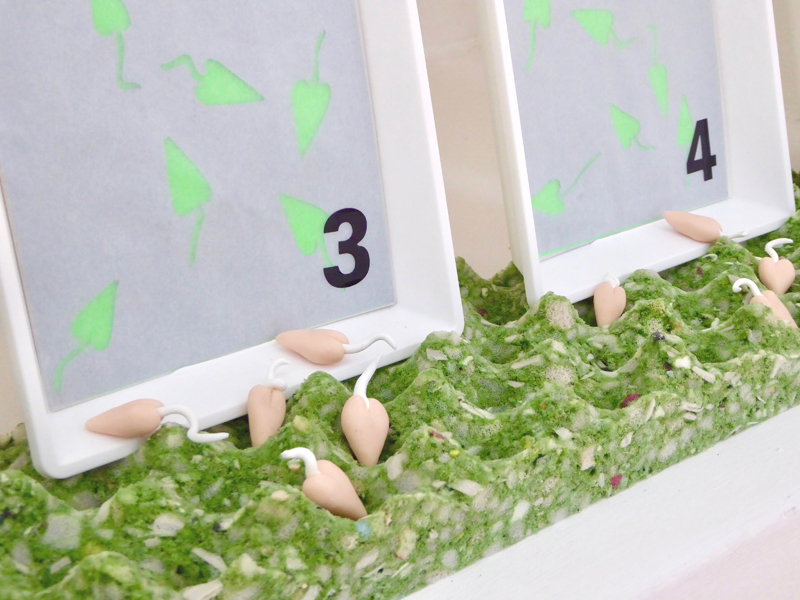 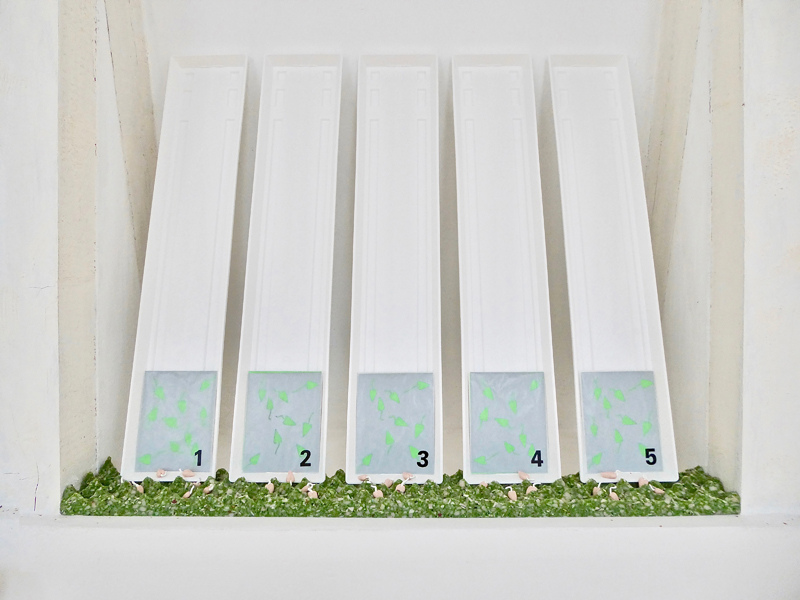 GiG Munich is excited to present The Witch’s Garden, the first international solo exhibition by London-based, British artist Jane Hayes Greenwood. The show focuses on the artist’s latest series of work, newly made paintings of dreamlike plants and the mythical gardens where they might grow. Exploring desire, control and magical thinking, the work makes use of an idiosyncratic symbolism, referencing varied sources such as illuminated manuscripts, botanical illustration, anatomical diagrams and herbal fertility guides.
In The Witch’s Garden the painted plants act as potential ingredients for love potions or spells, their depicted herbs and flowers thought to have special power and potency.  Drawing on apocryphal histories, the painting Apollo’s Gift I is based on an extinct plant known as Silphium, reportedly used as a contraceptive and aphrodisiac in the 700 BC. Described as having a heart-shaped seed, one theory suggests this might be where the heart shape symbol originated from ❤.  The Witch’s Garden explores our relationship to the natural world, our bodies and their life cycles, and considers fear, power and ritual behaviour.
Jane Hayes Greenwood completed an MA in Fine Art at the City & Guilds of London Art School with distinction in 2015. Soon afterwards she was shortlisted for the Catlin Art Prize, 2016 (London) and presented a large-scale solo exhibition, Lead Me Not Into Temptation, 2017 at Block 336 (London). She was recently selected for the  Anomie Review of Contemporary British Painting, 2018, as one of the 40 artists whose practices have been shaping and defining Britain’s contribution to current painting on the national and international stage. She is also the co-founder and Director of Block 336; an artist-run project space, studio provider and UK registered charity located in Brixton, London that has hosted over 30 exhibitions. She teaches within the BA Fine Art department at City & Guilds of London Art School.
Tags GiG, Jane Hayes Greenwood, Lazy exhibitions, Munich
Newer Post Older Post Home