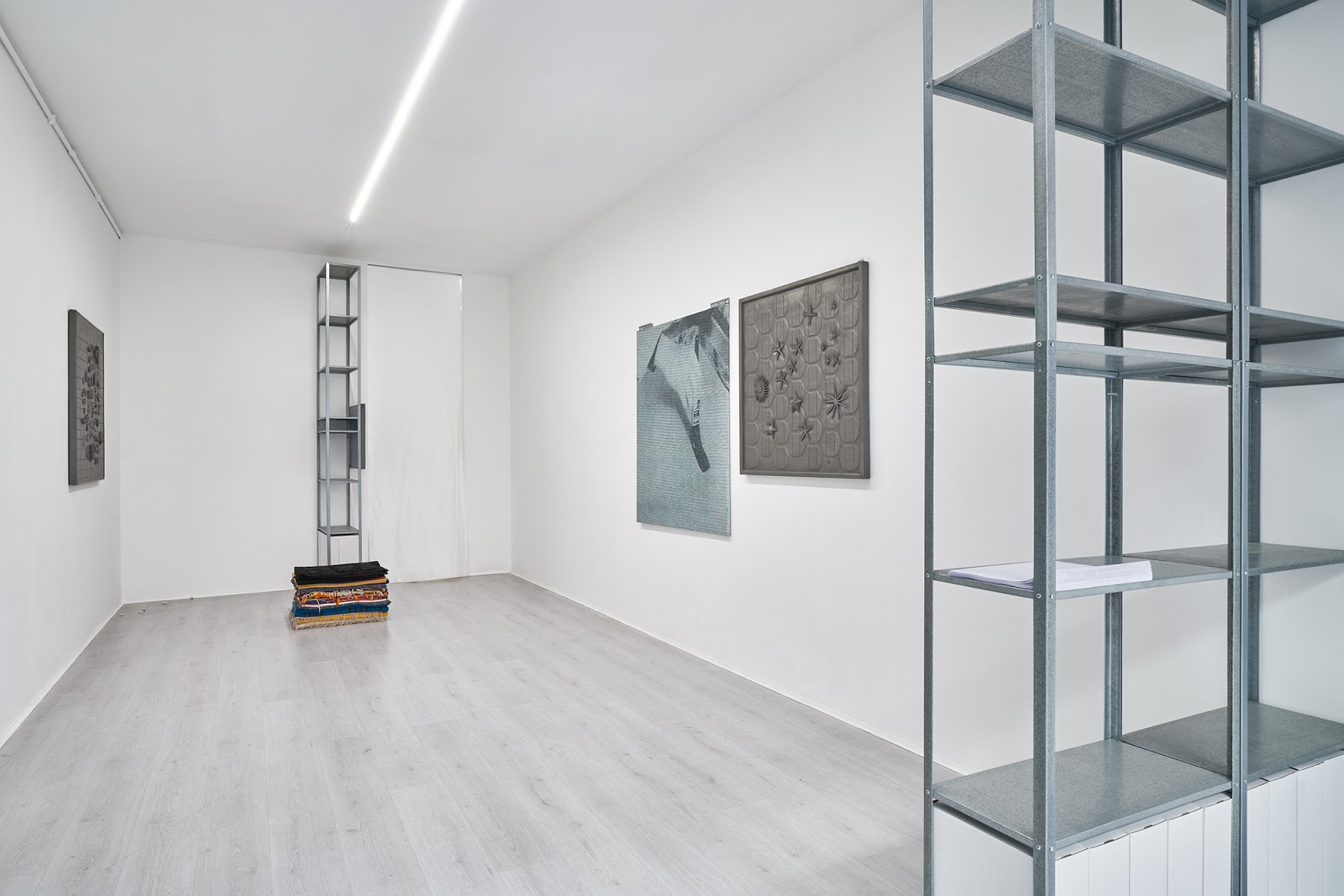 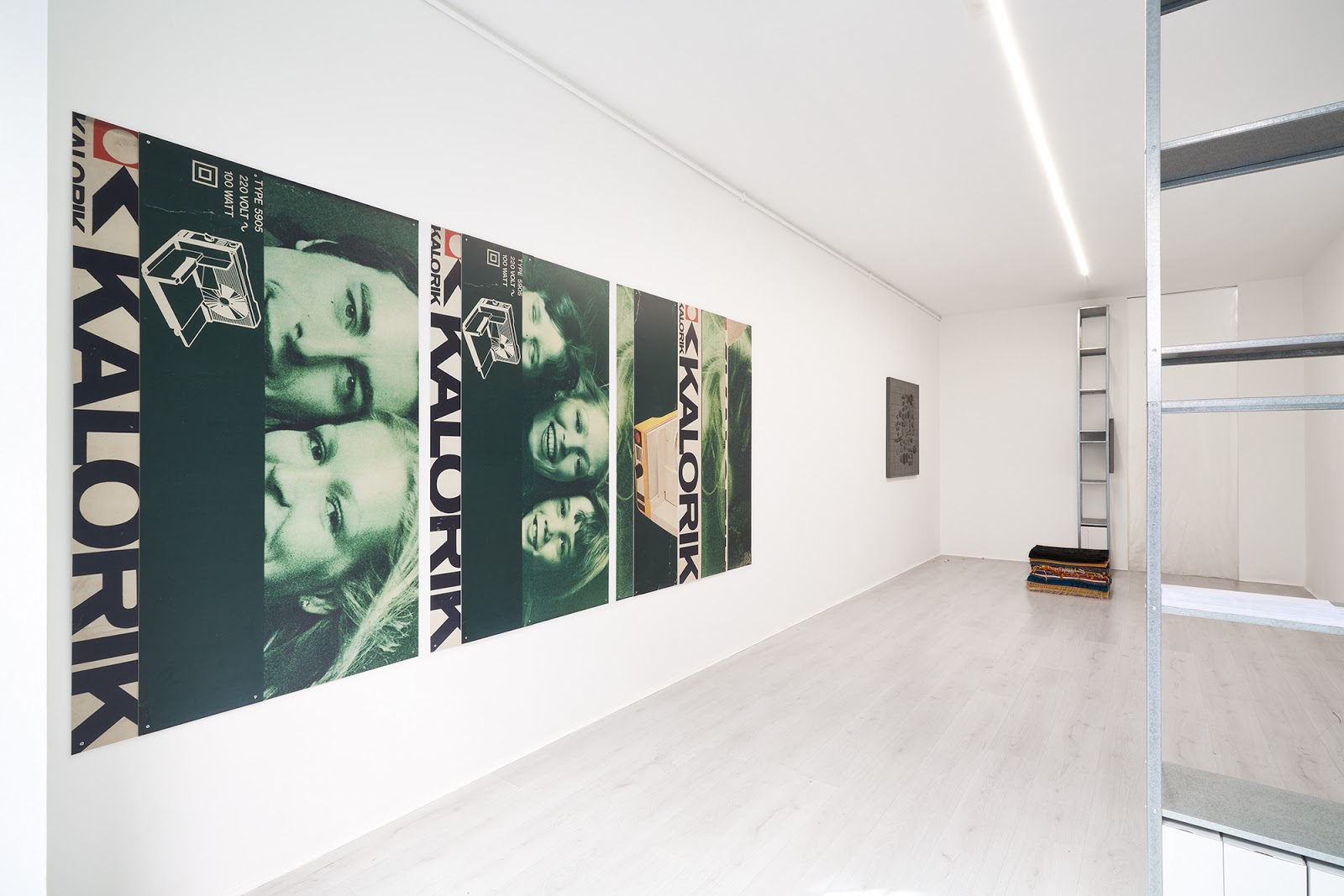 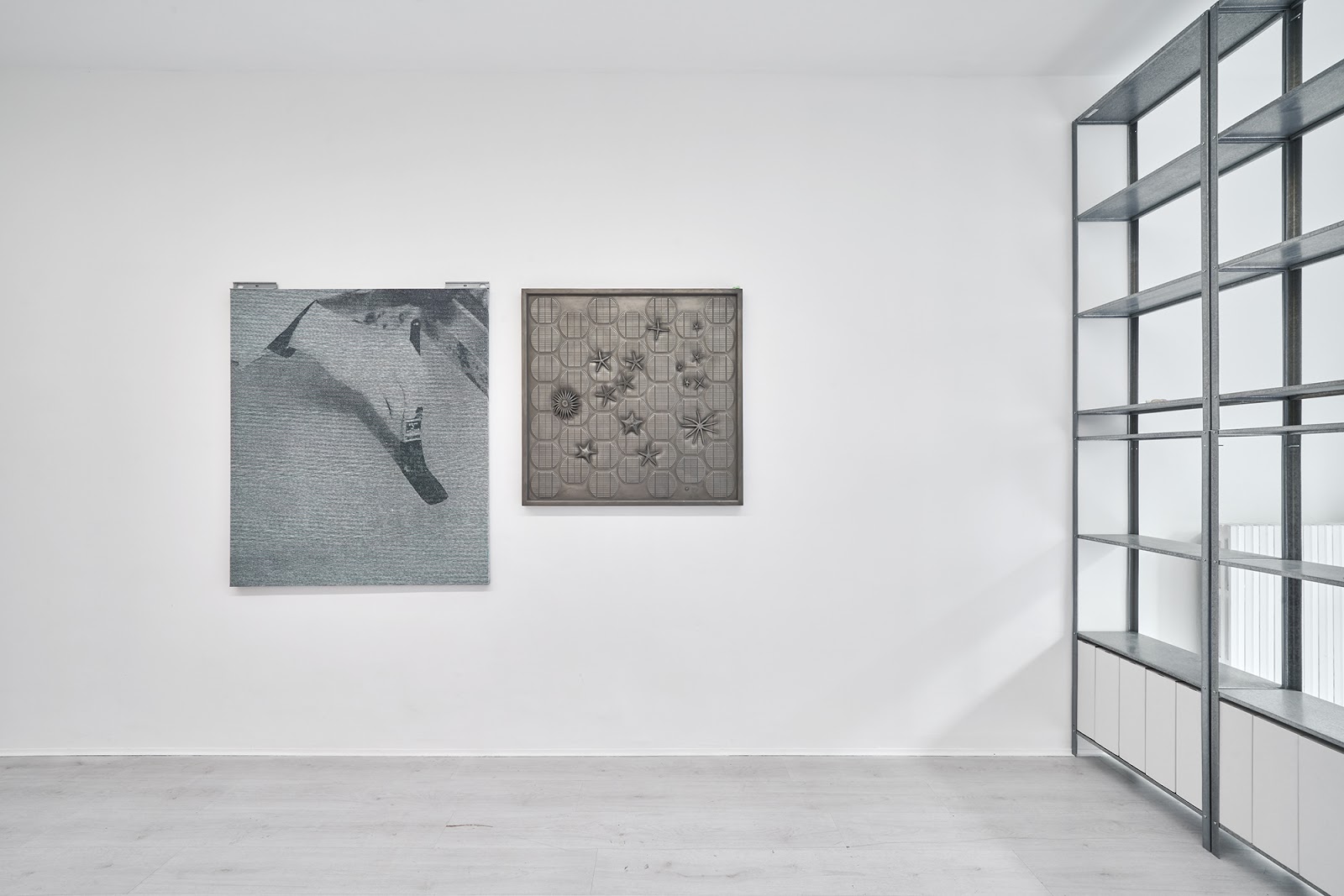 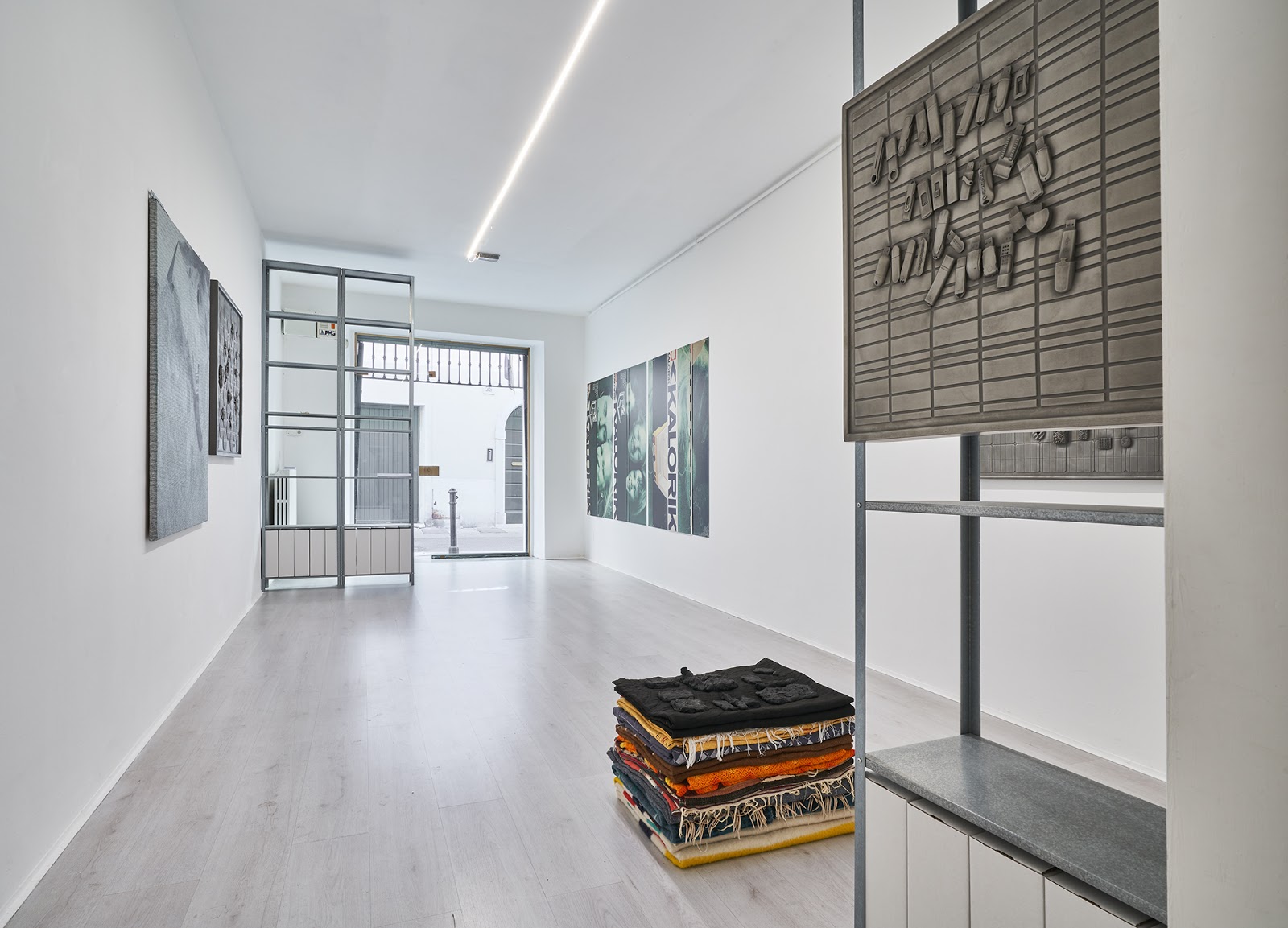 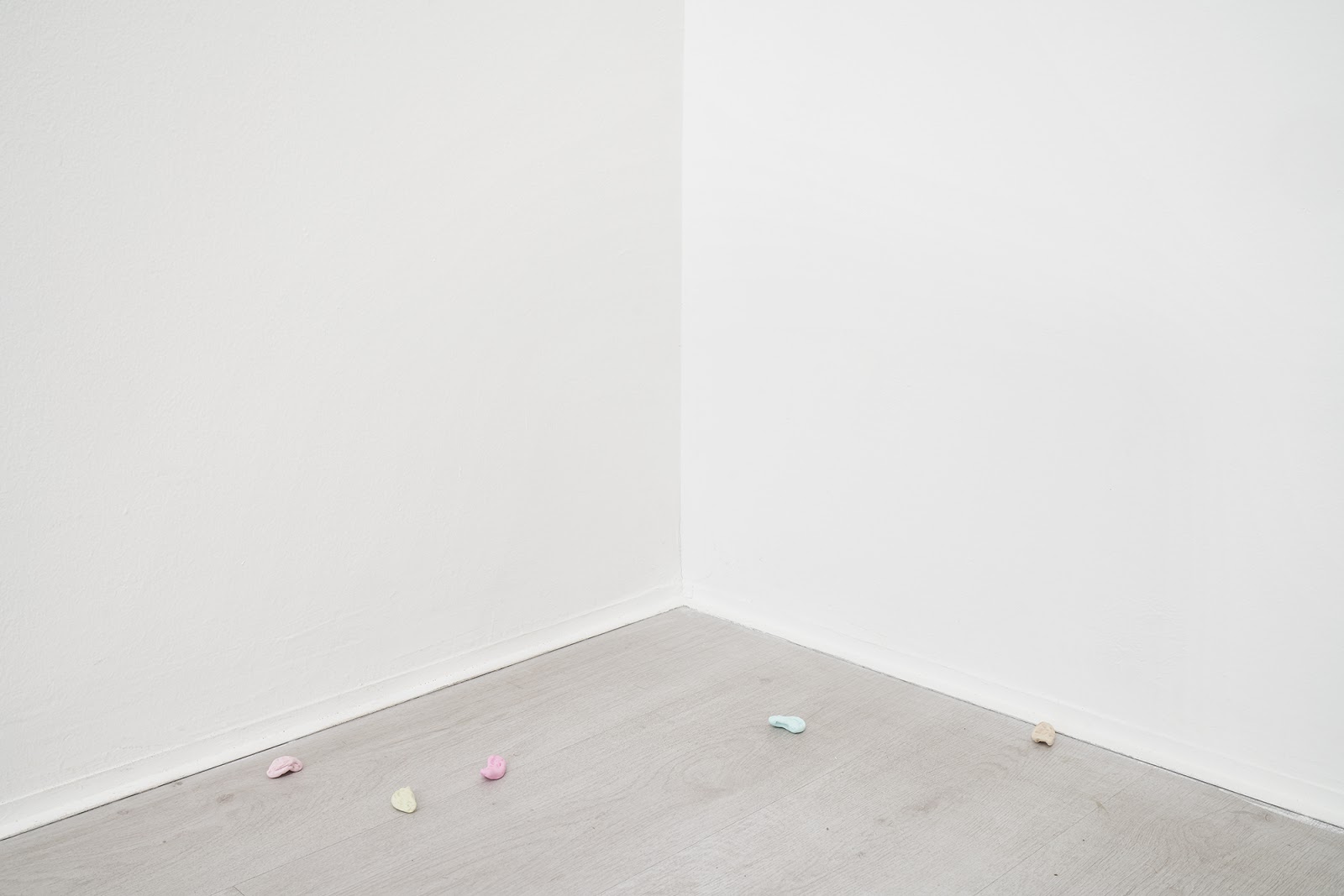 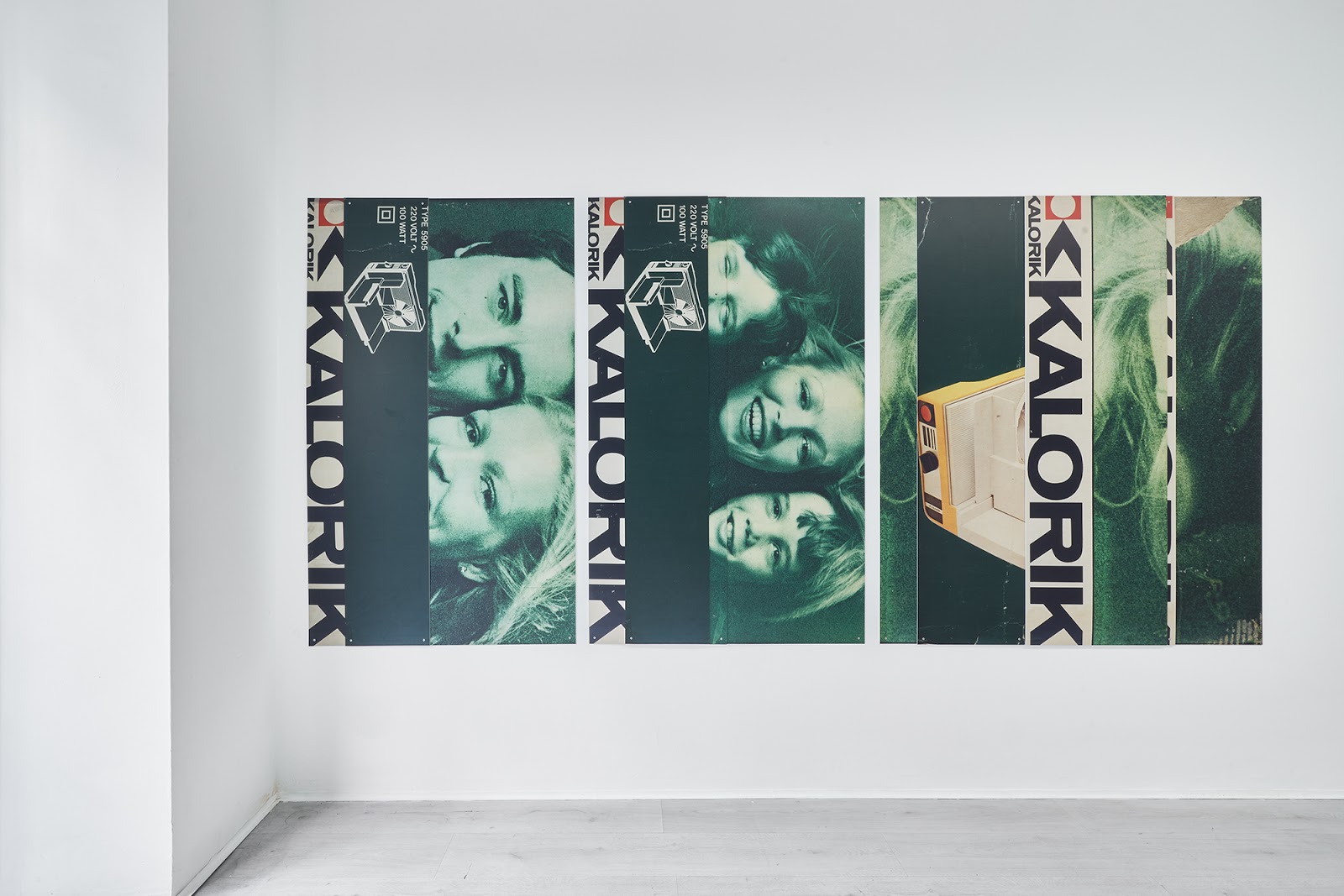 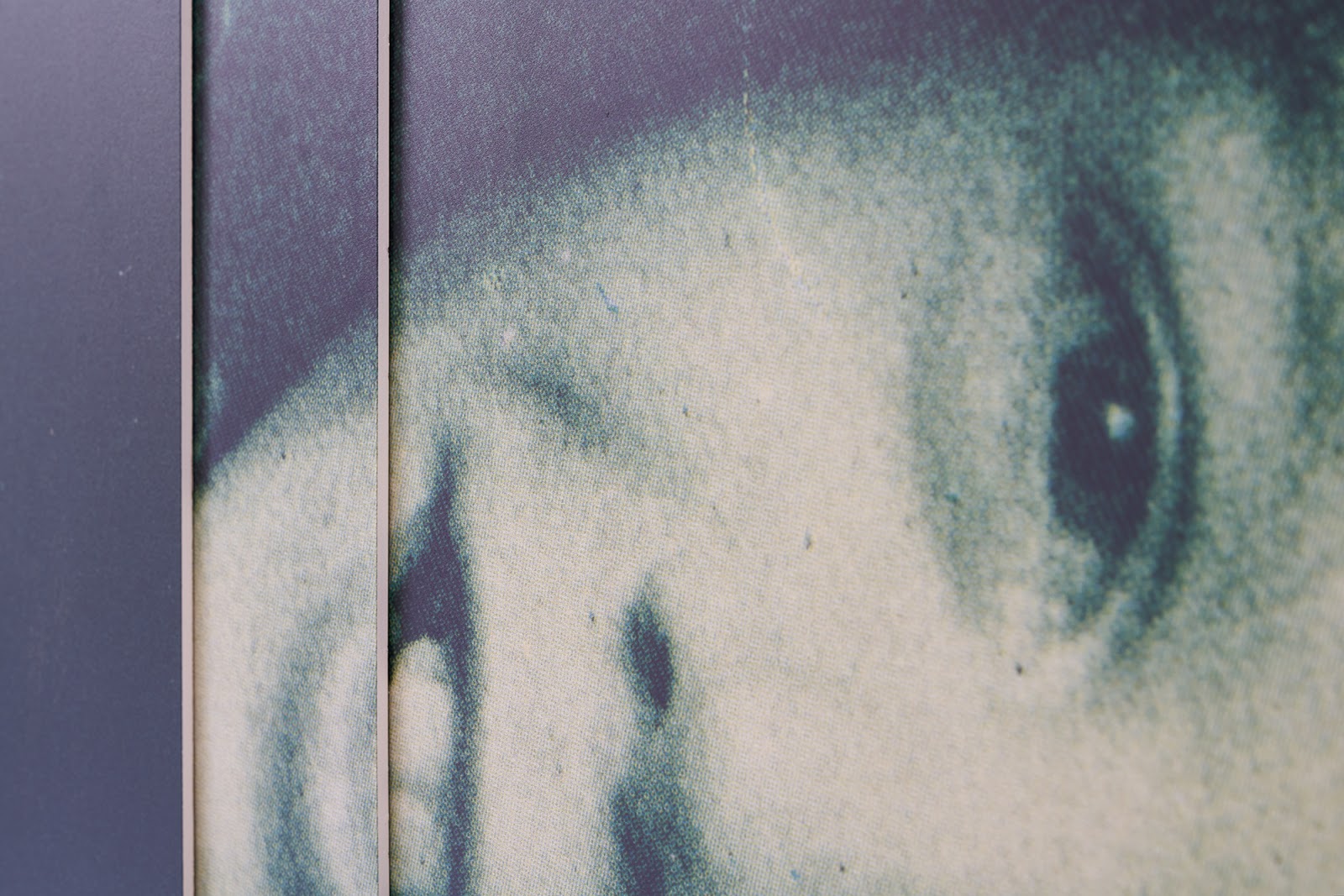 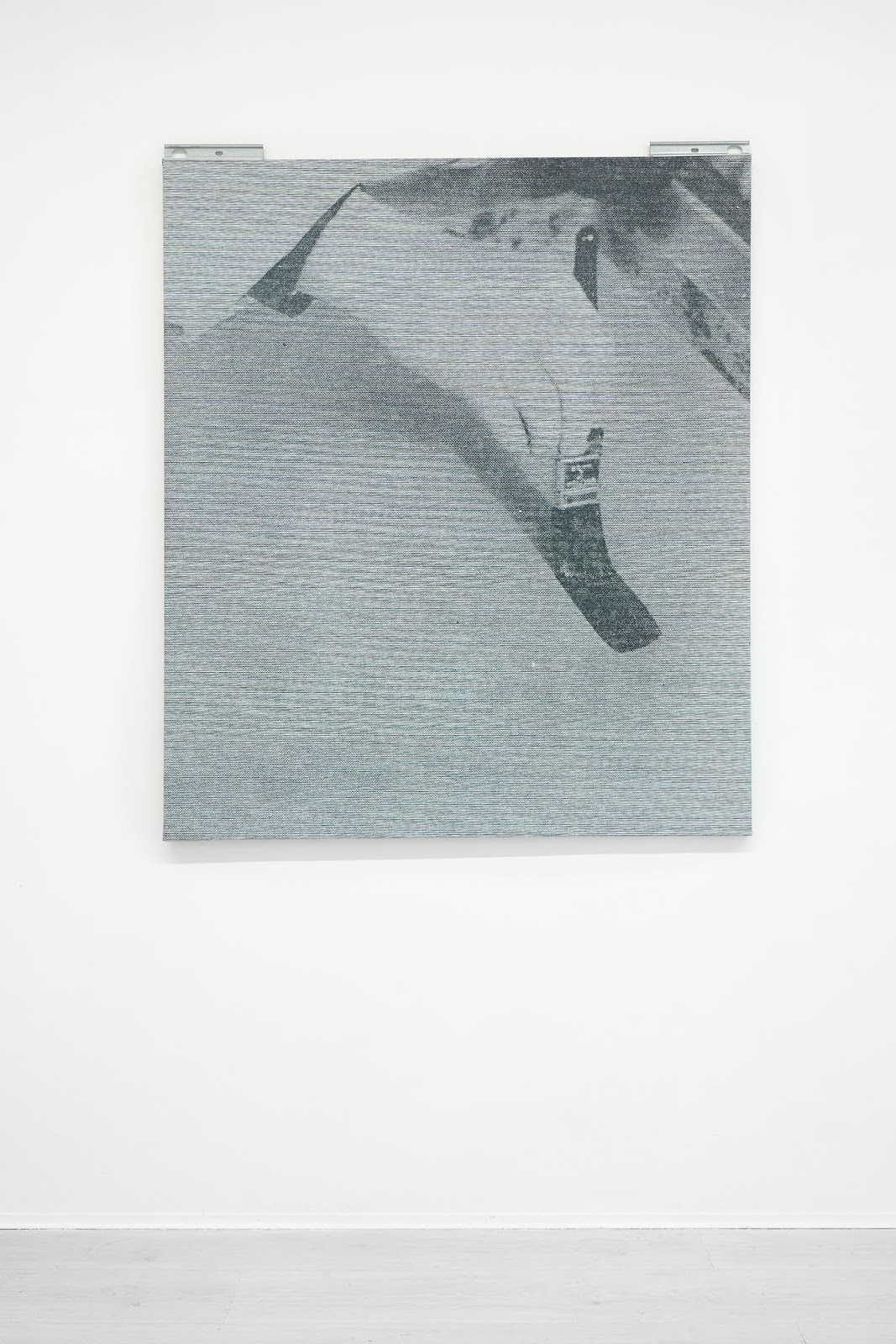 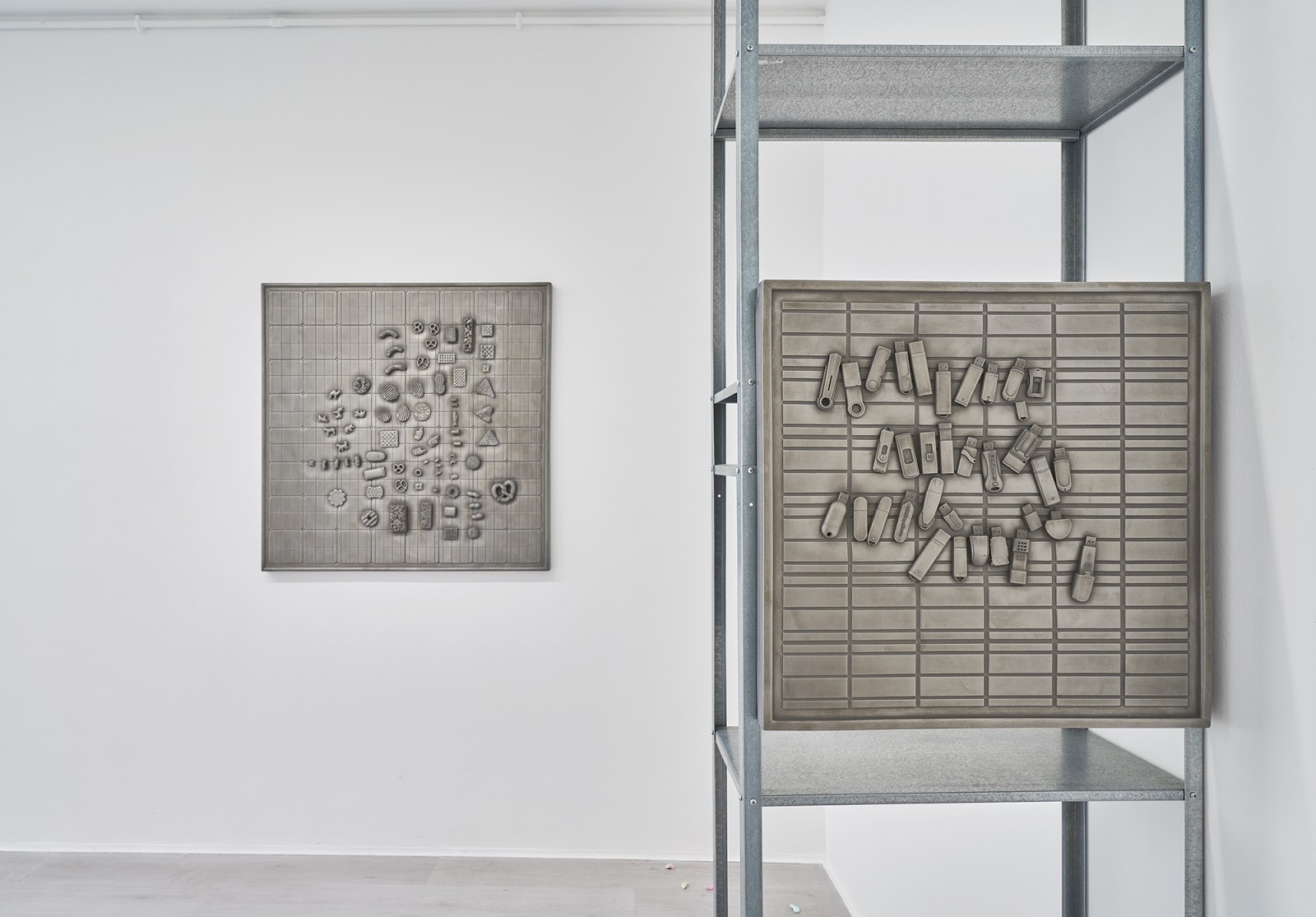 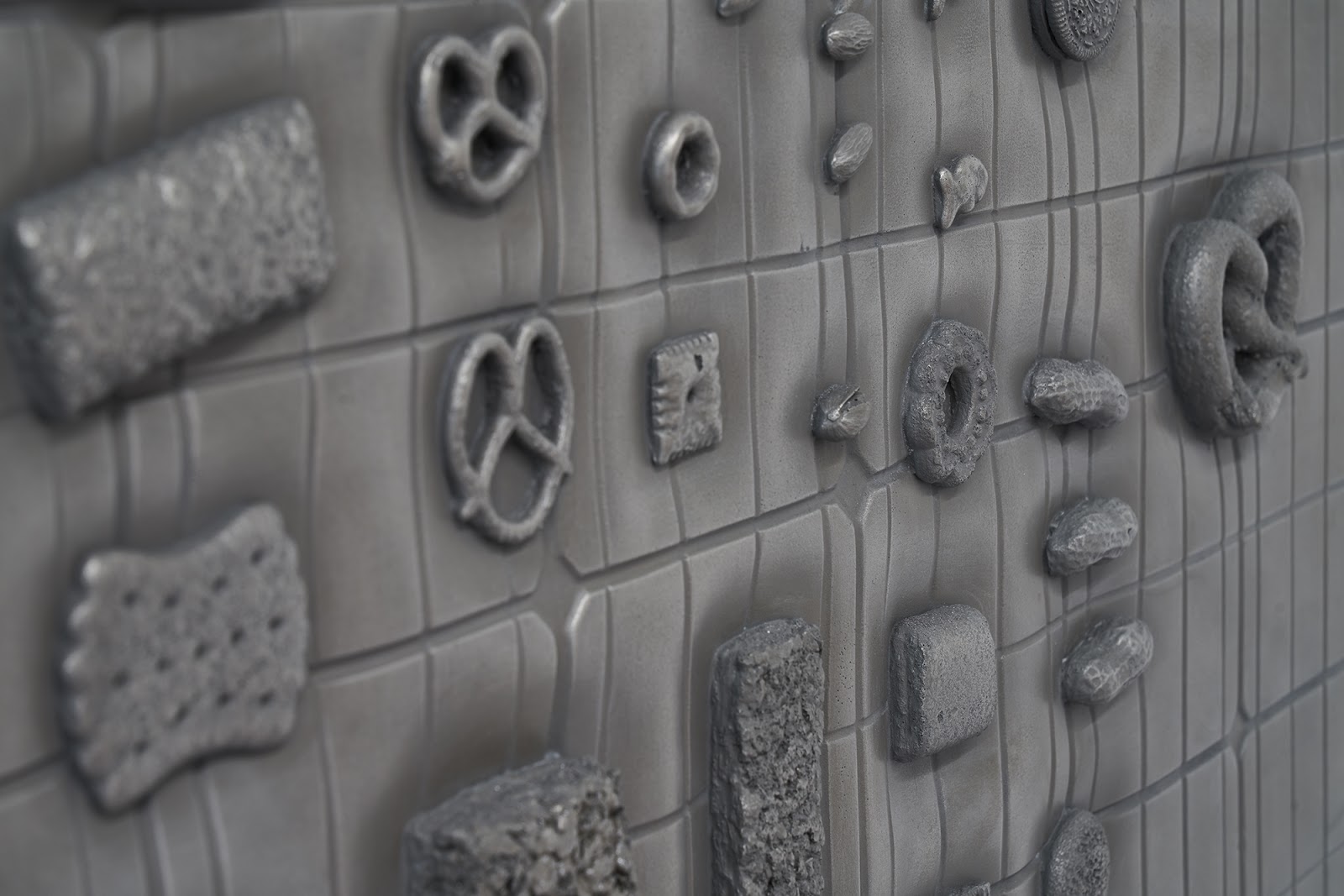 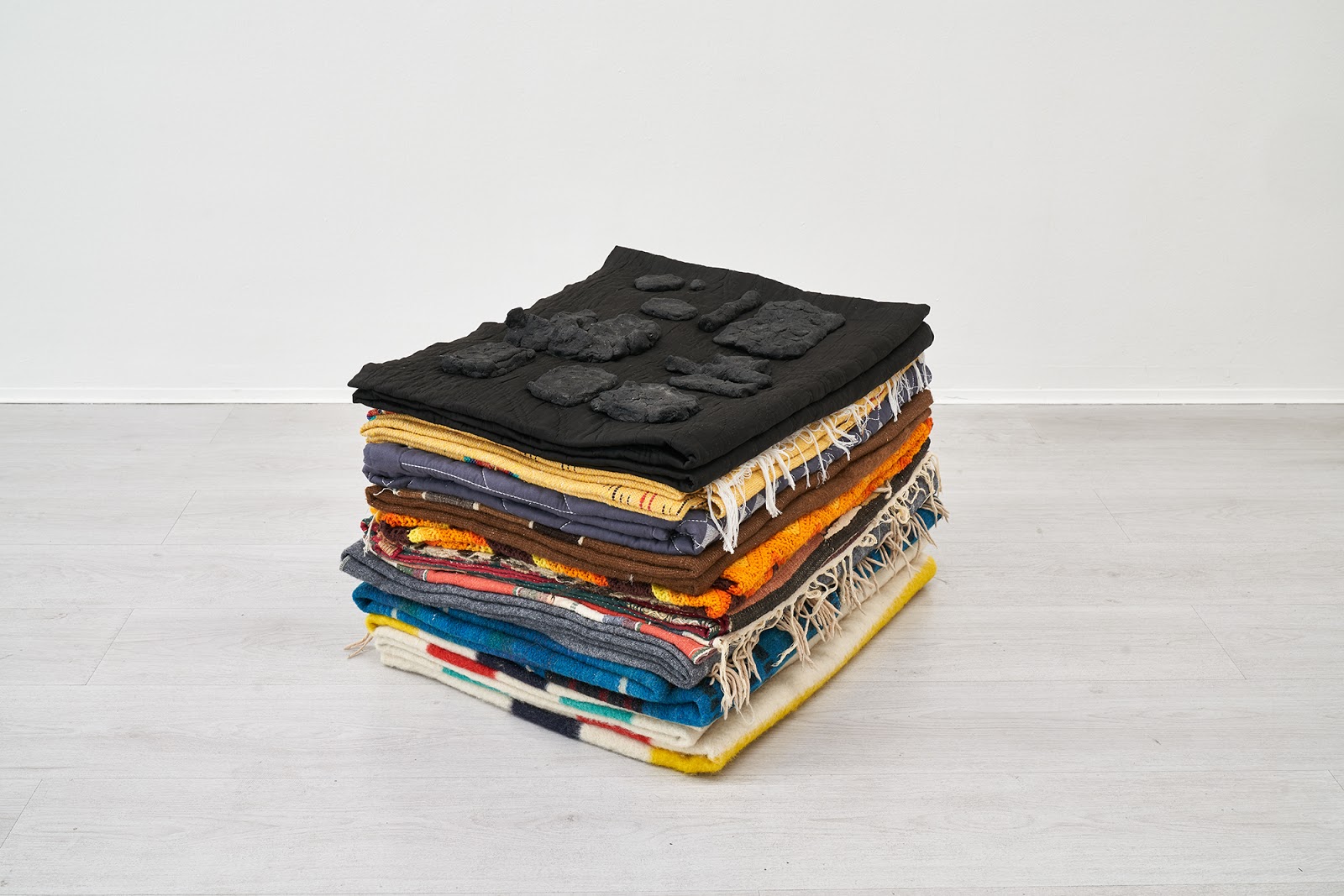 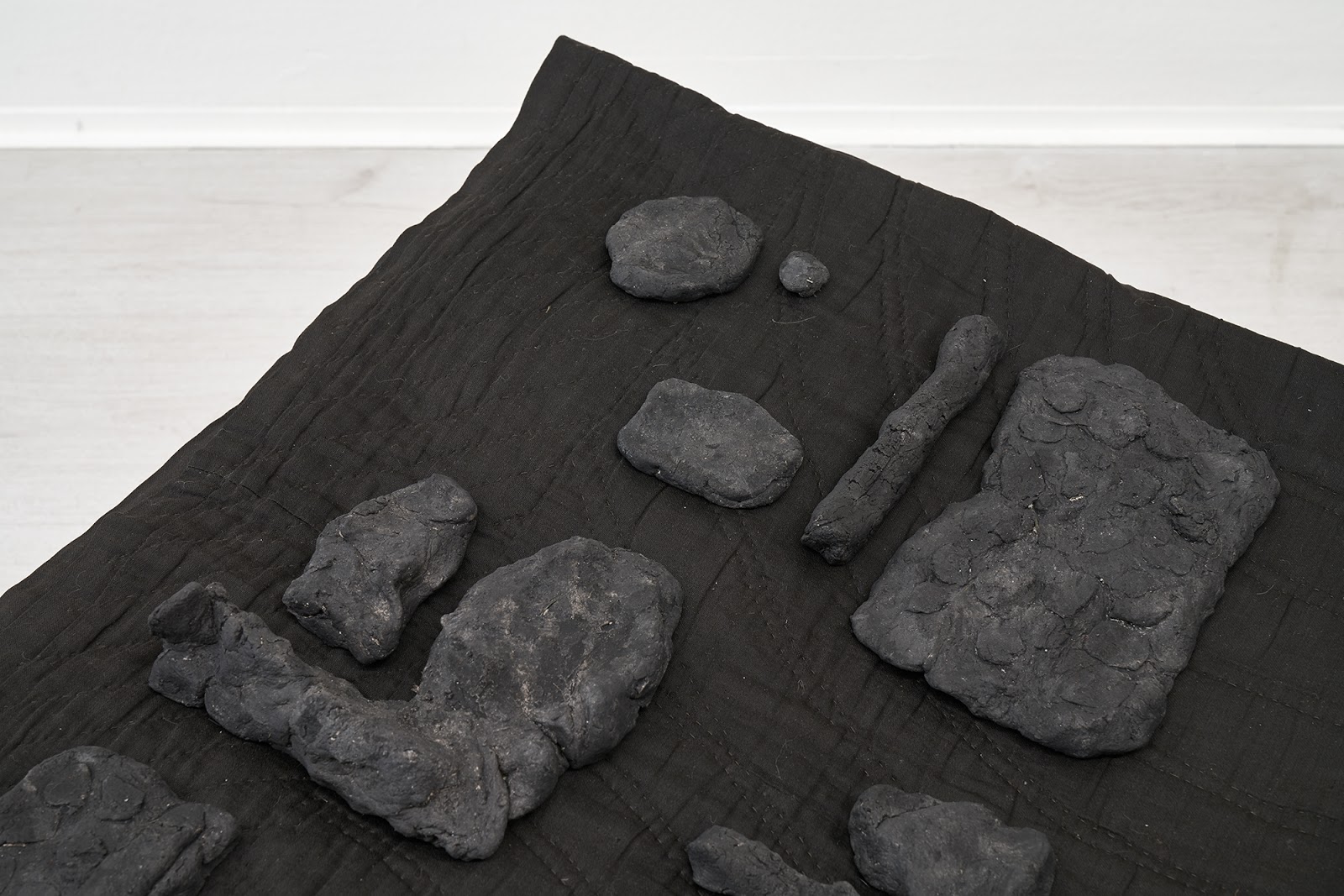 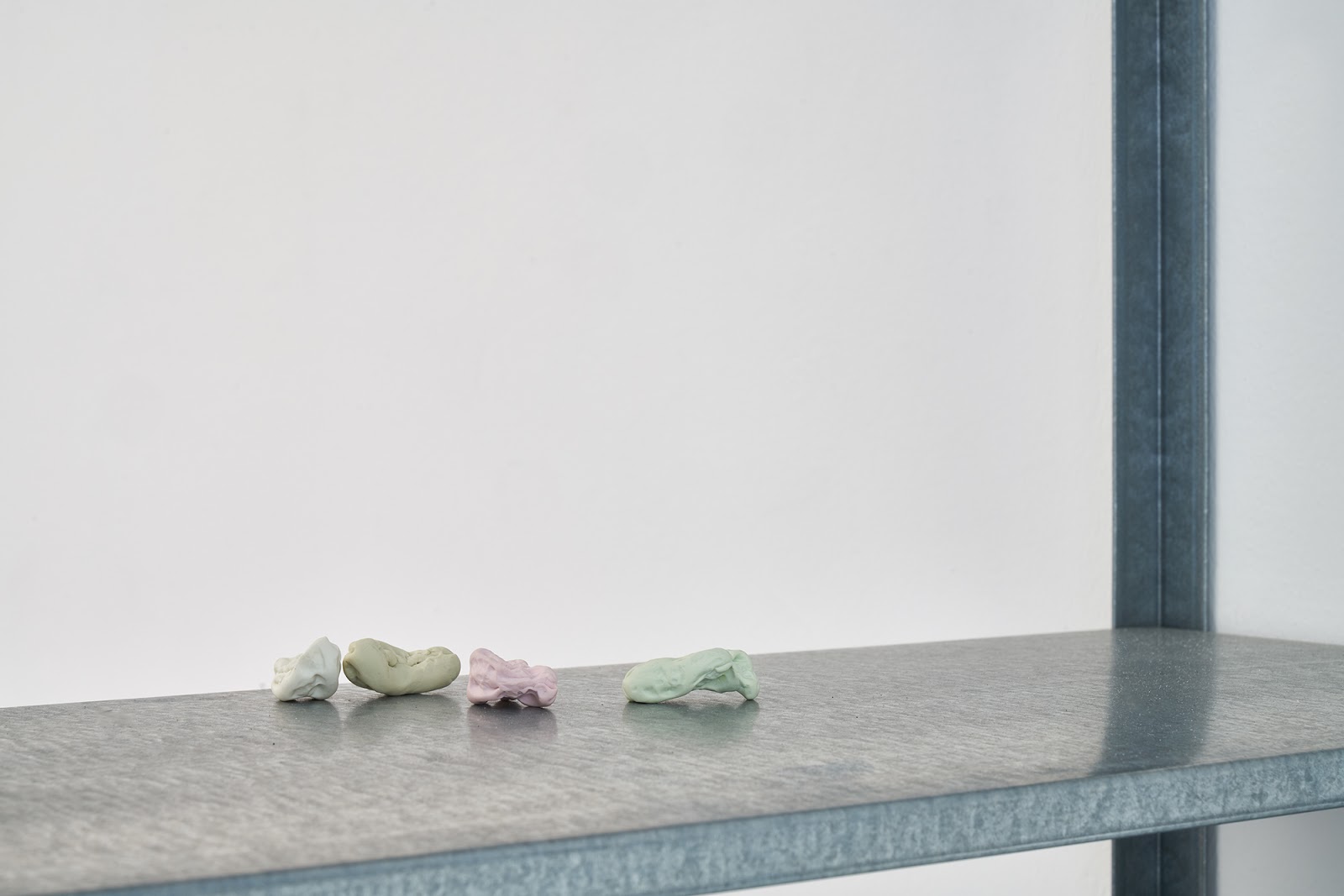 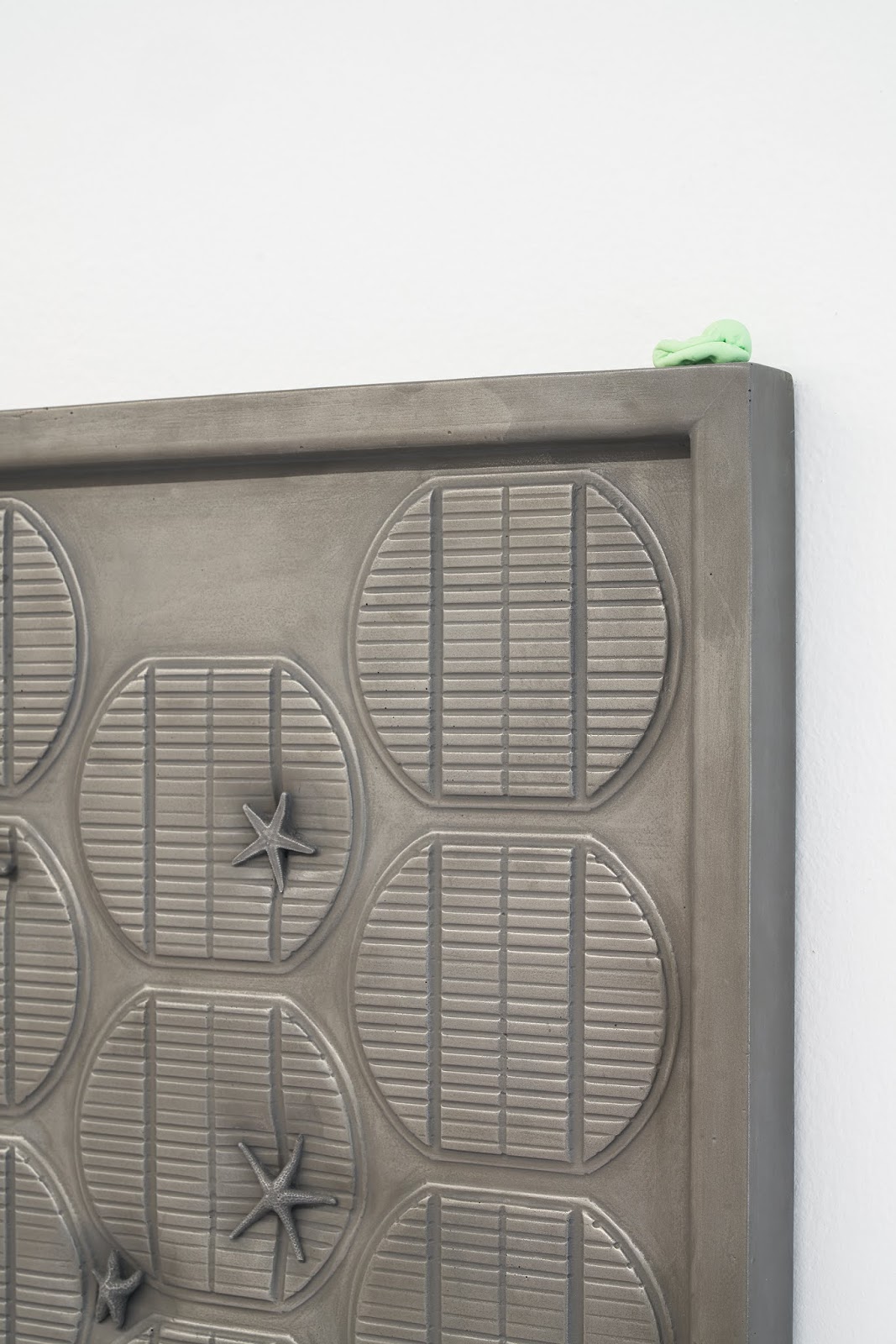 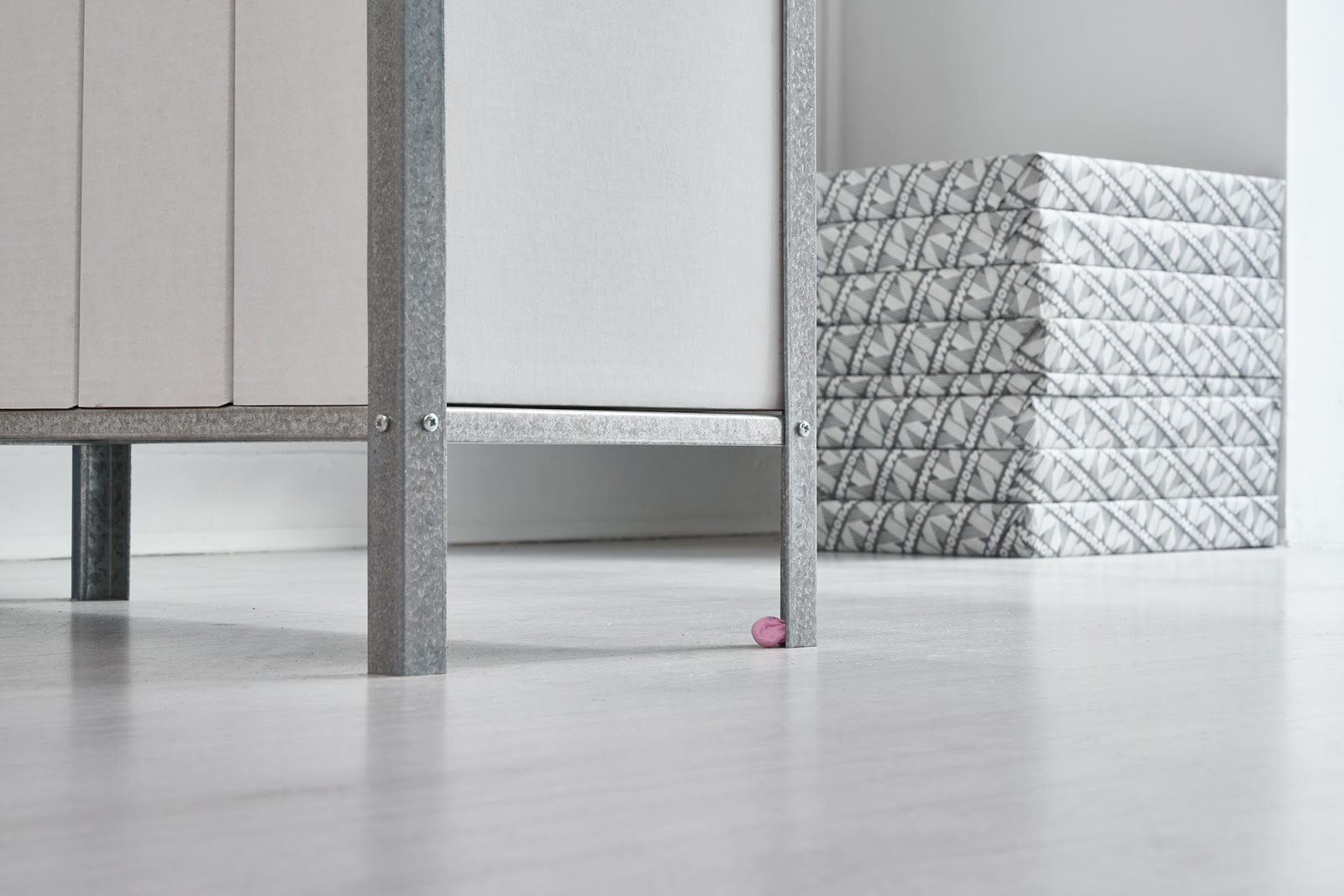 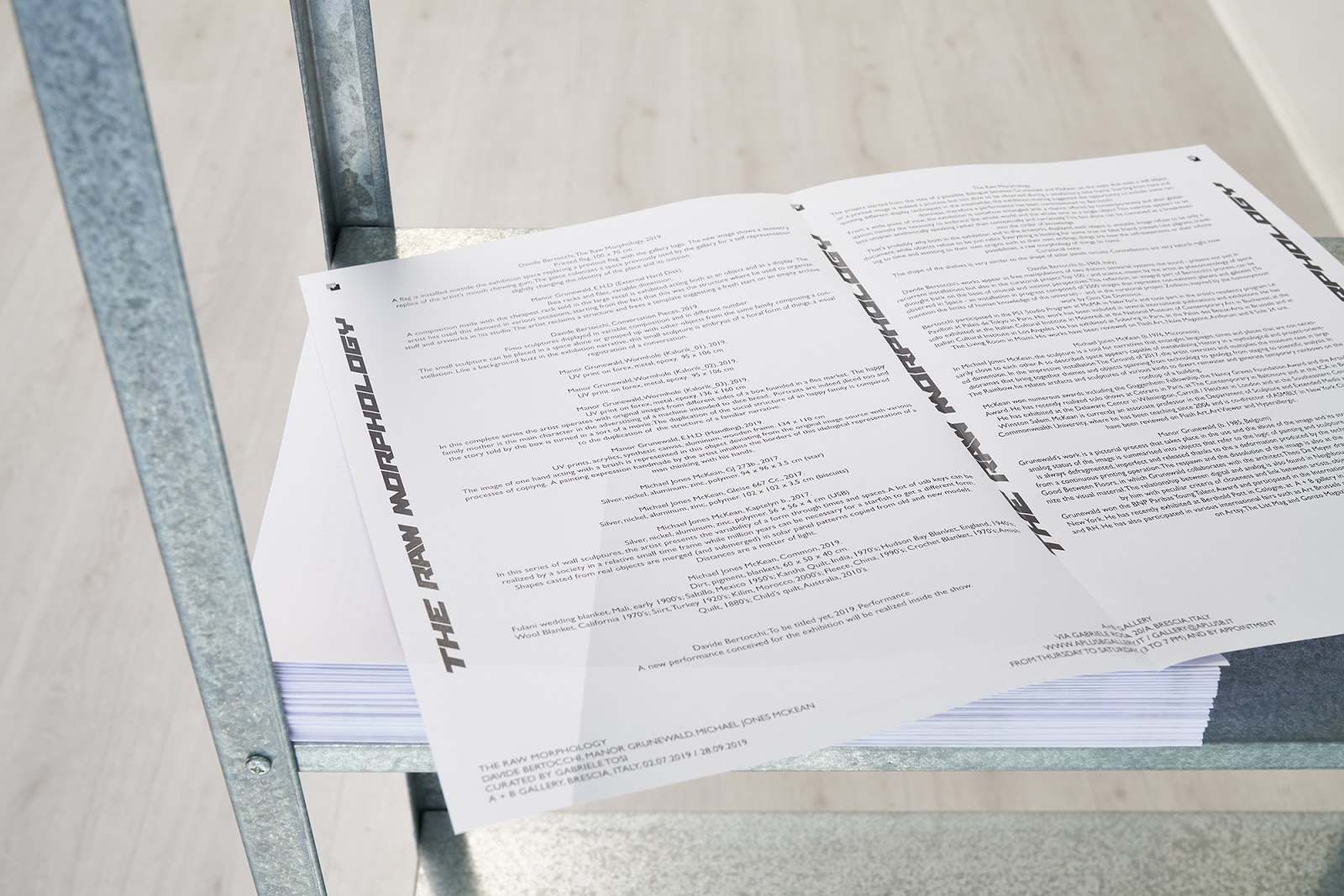 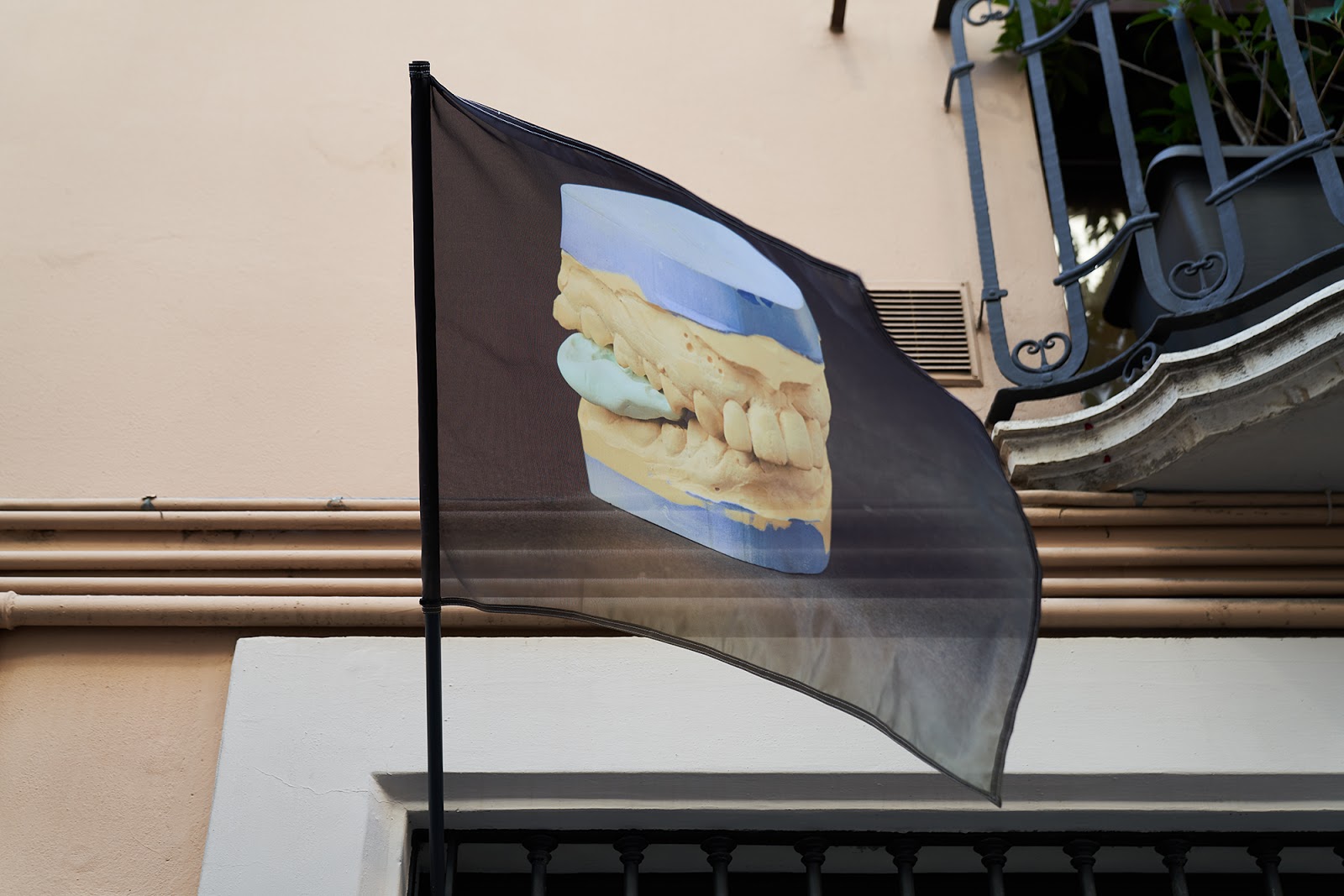 Images courtesy of the artist and A + B Gallery, Brescia.
Ph. Alberto Petro

The project started from the idea of a possible dialogue between Grunewald and McKean on the topic that even a still object or a printed image is indeed a process, but too slow to be observed during a satisfactory time frame. Starting from here and quoting different display techniques in the meanwhile, the exhibition-making suggested the opportunity to include some randomness, therefore a performance has been commissioned to Bertocchi.
From a wide point of view, the exhibition is somehow entangled with a chance offered by contemporaneity and after globalization, namely the necessity to embrace the whole world and the whole time as a single object. This exercise appears to be less utopian aesthetically speaking rather than contextually and narratively. This fact alone can be conceived as a breakdown into the order of knowledge.
Thatís probably why both in the exhibition and in the artworks displayed, each object is unstable. Image refuse to be only a document while objects refuse to be just relics. Everything is looking for some true or false friend instead. Like pilgrims, traveling to time and assisting to their own origins such as their own endings, things are now the self-statements or their infinite
possibilities, a raw morphology of things to come. Curatorial note: The shape of the shelves is very similar to the shape of solar panels circuits. Constellations are very kalorik right now.
Tags A+B Gallery, Brescia, Davide Bertocchi, group show, Lazy exhibitions, Manor Grunewald, Micheal Jones McKean
Newer Post Older Post Home