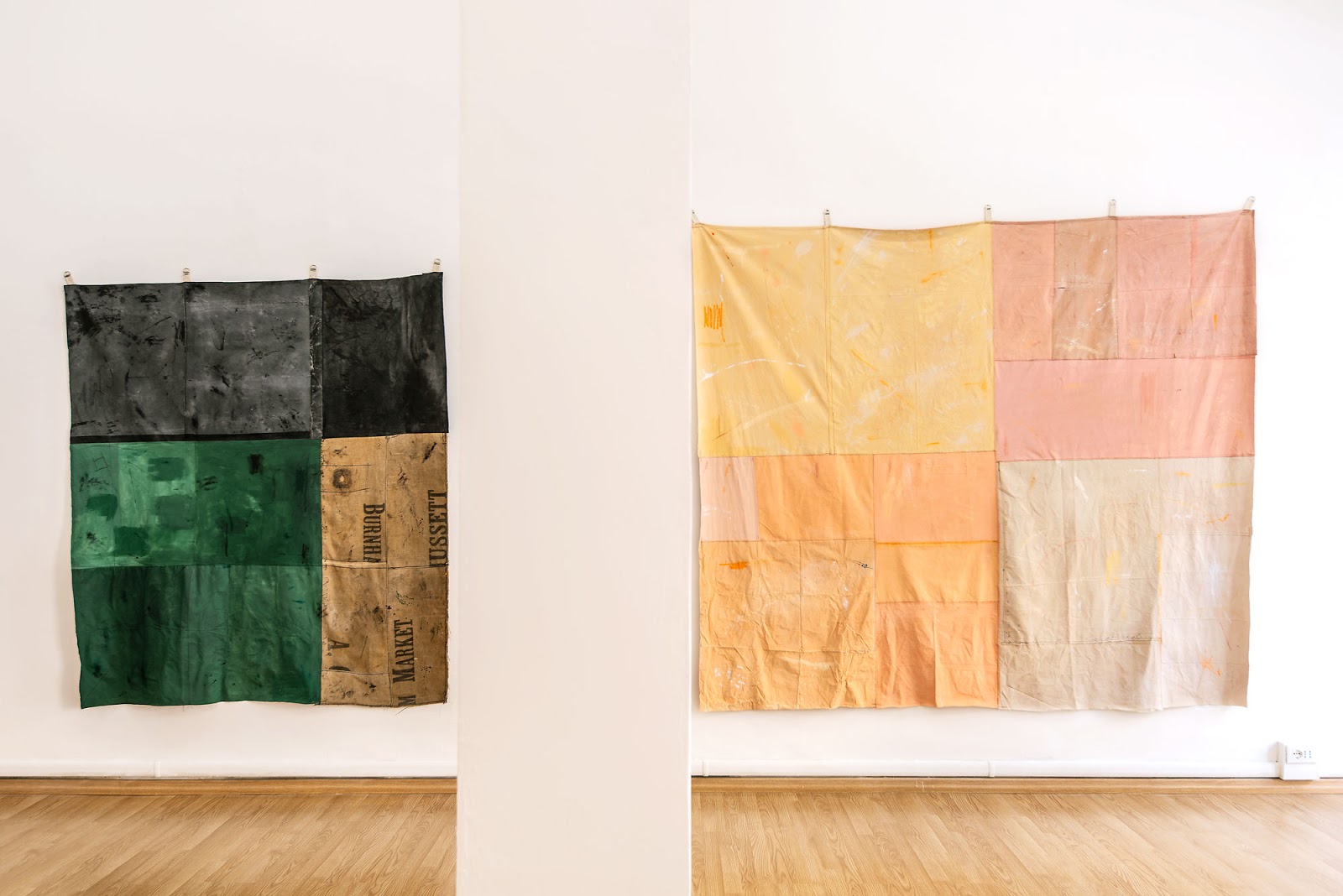 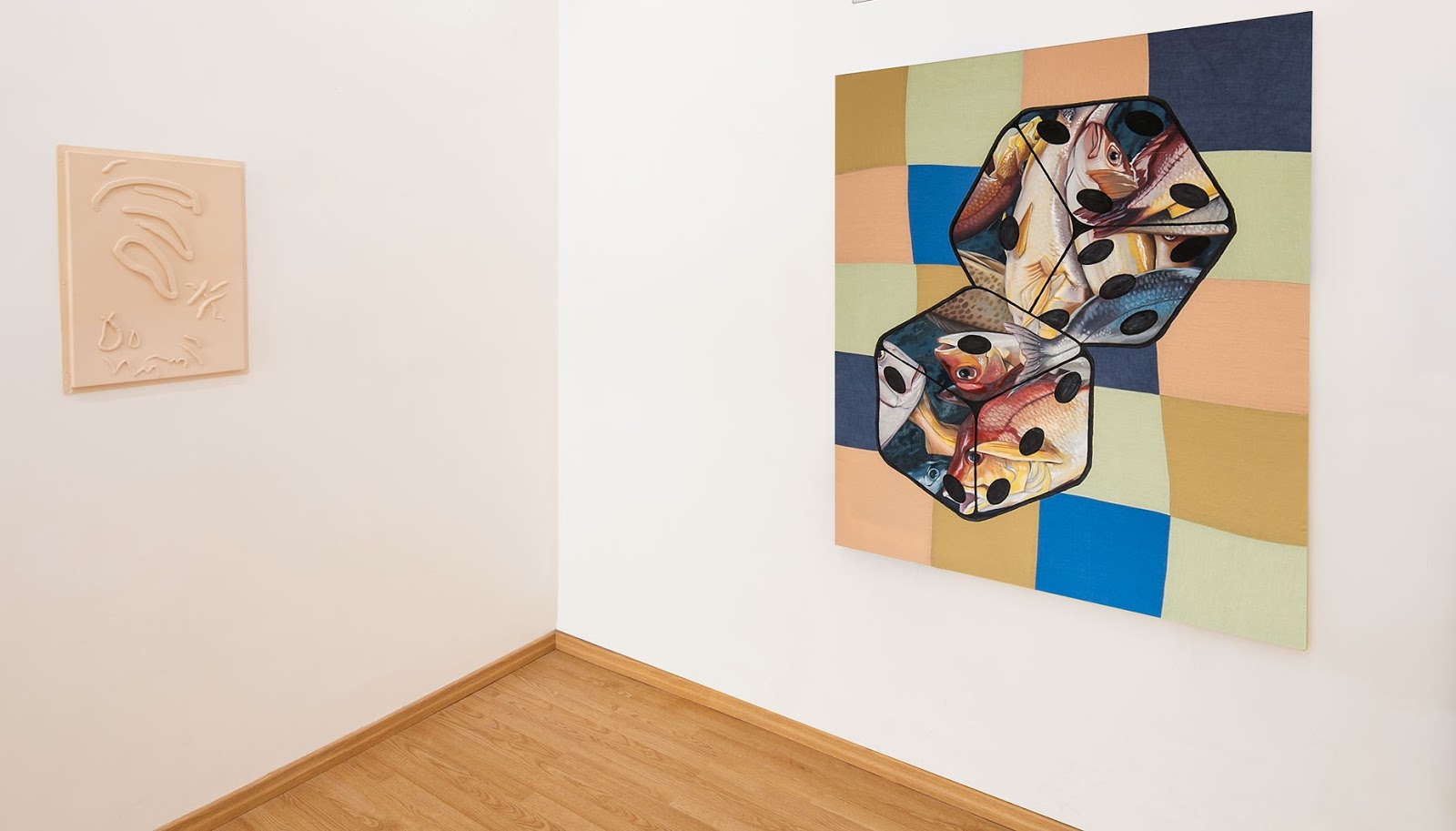 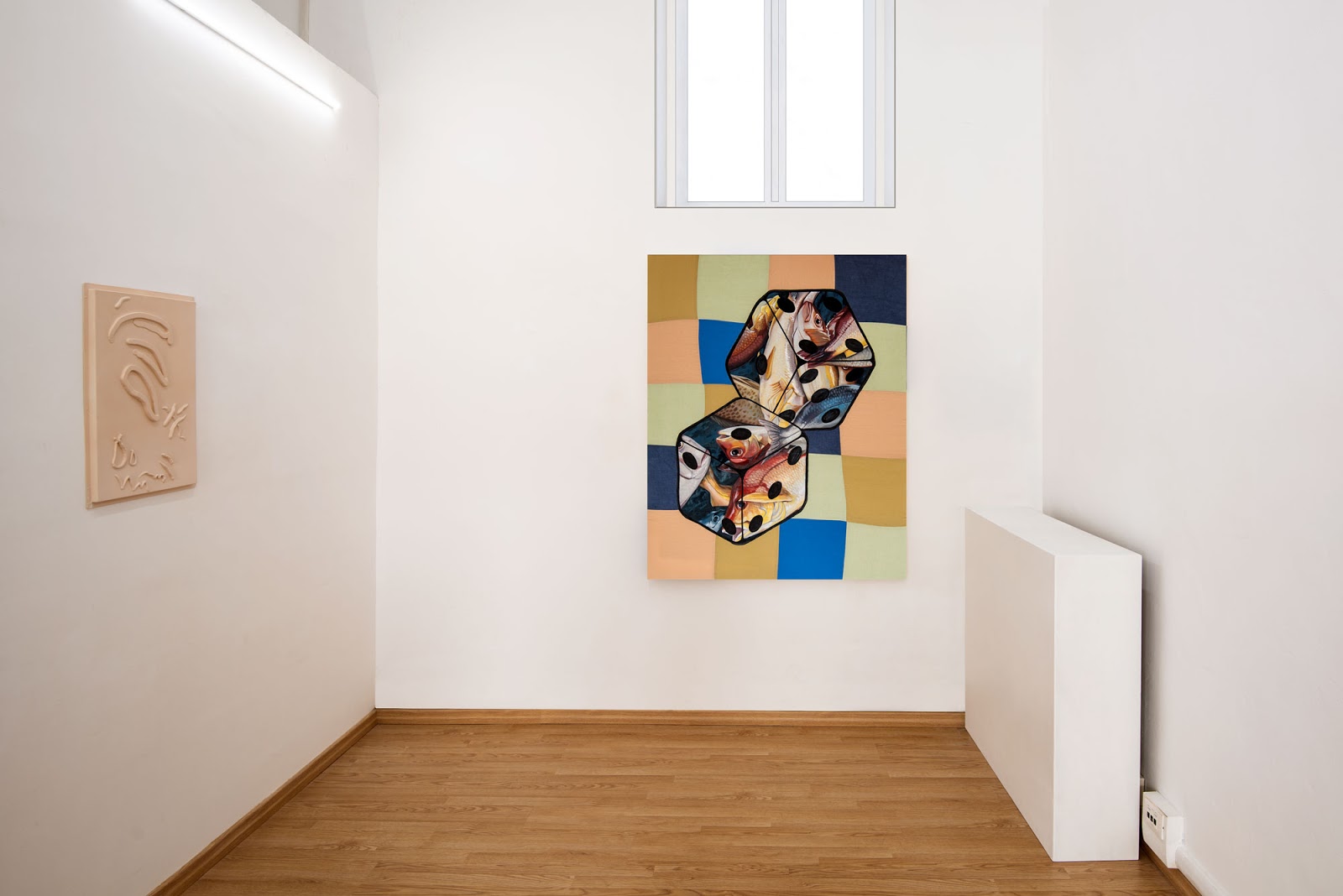 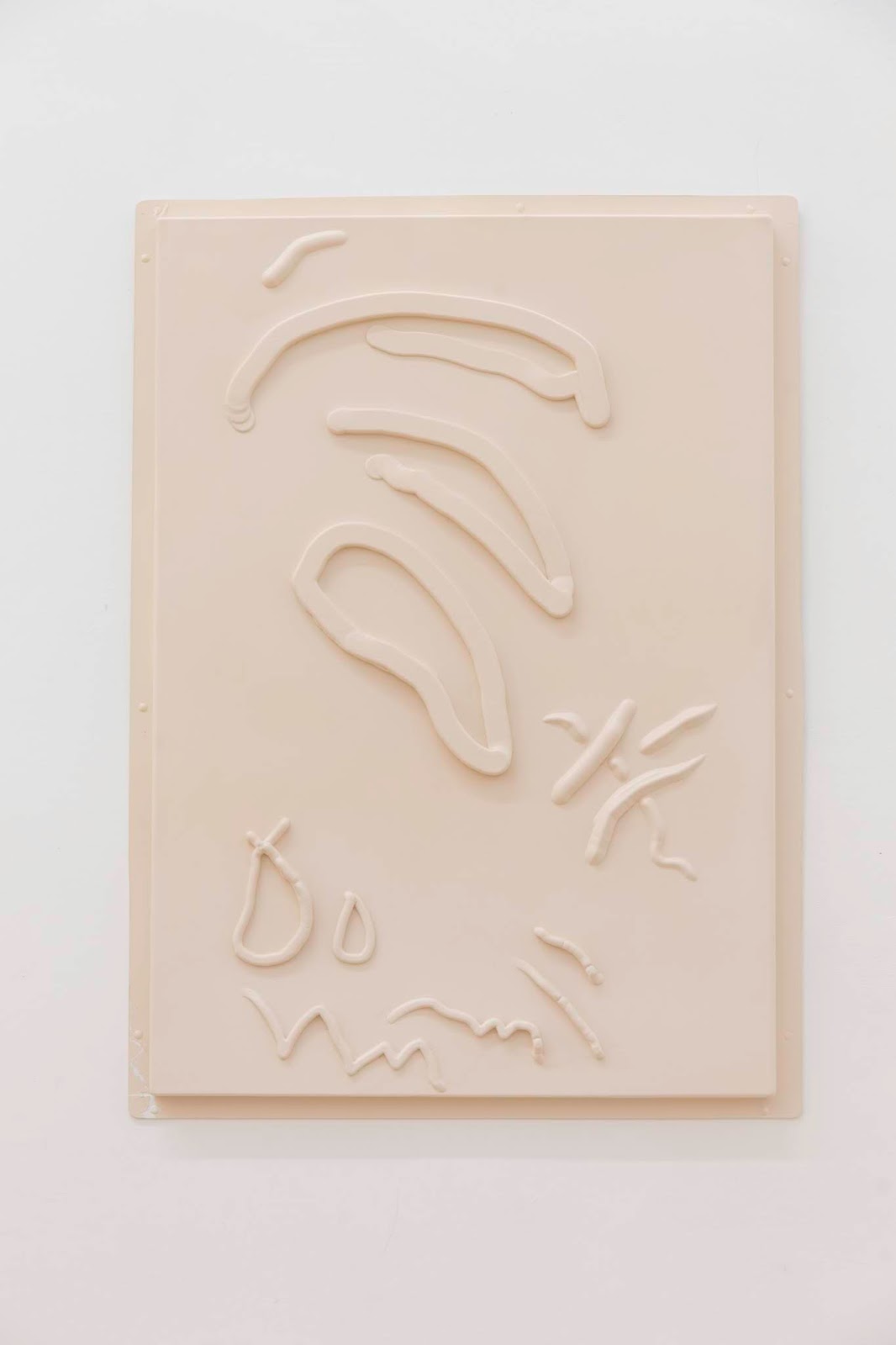 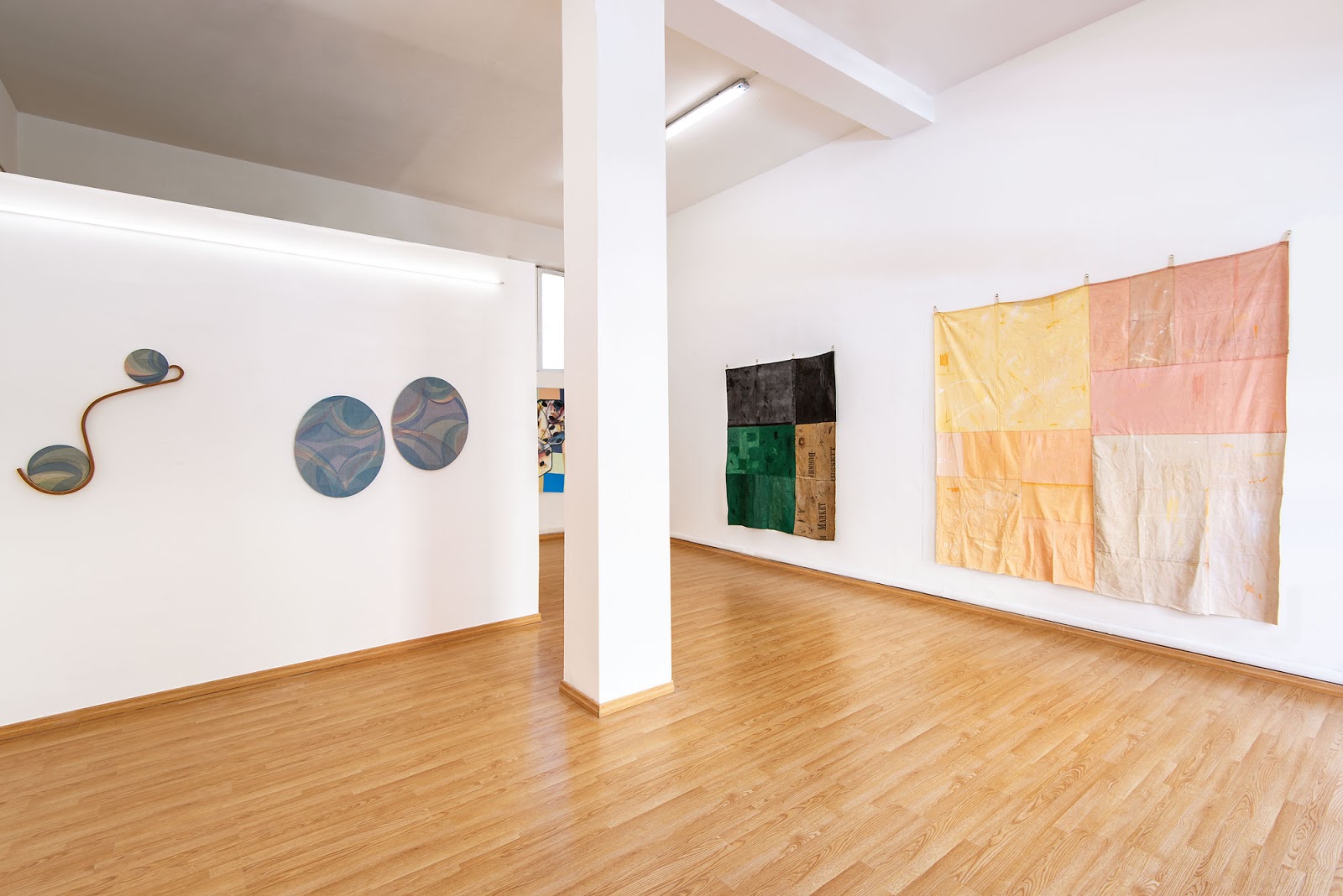 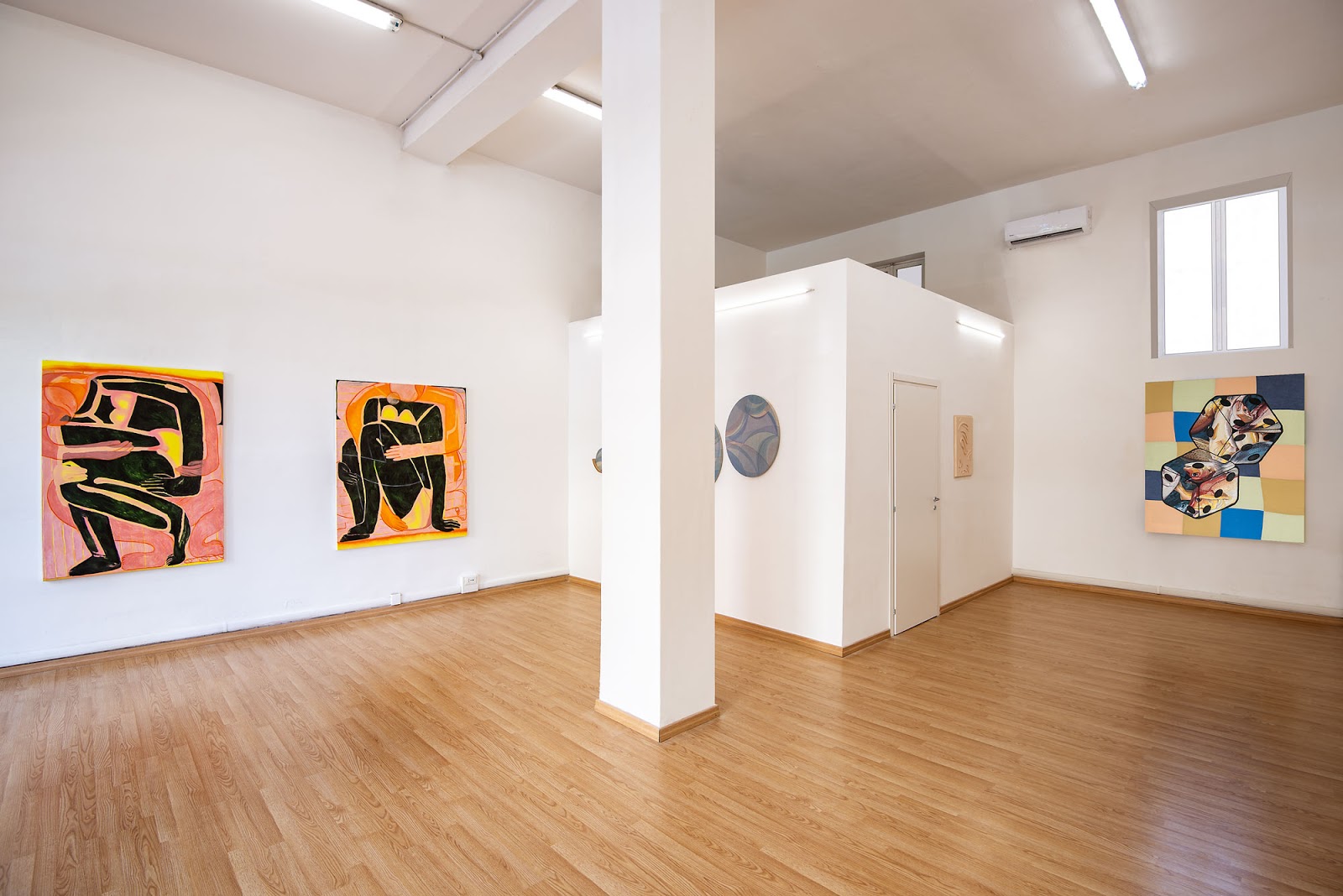 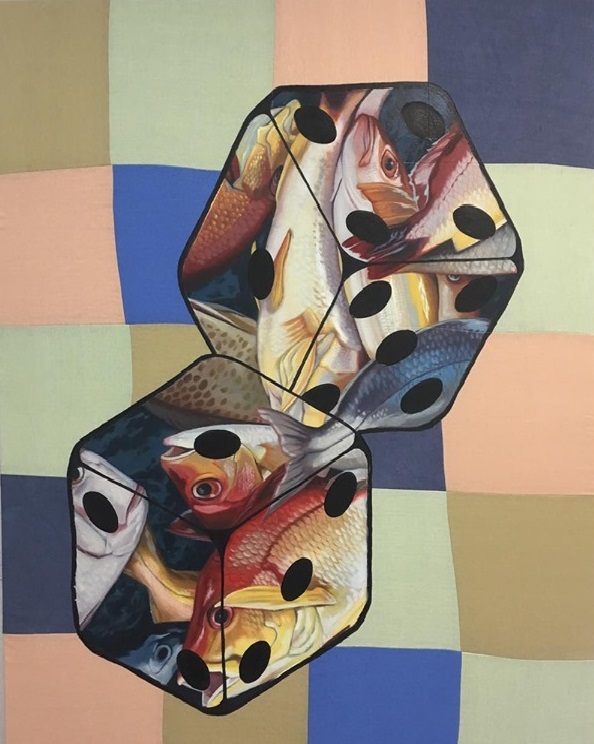 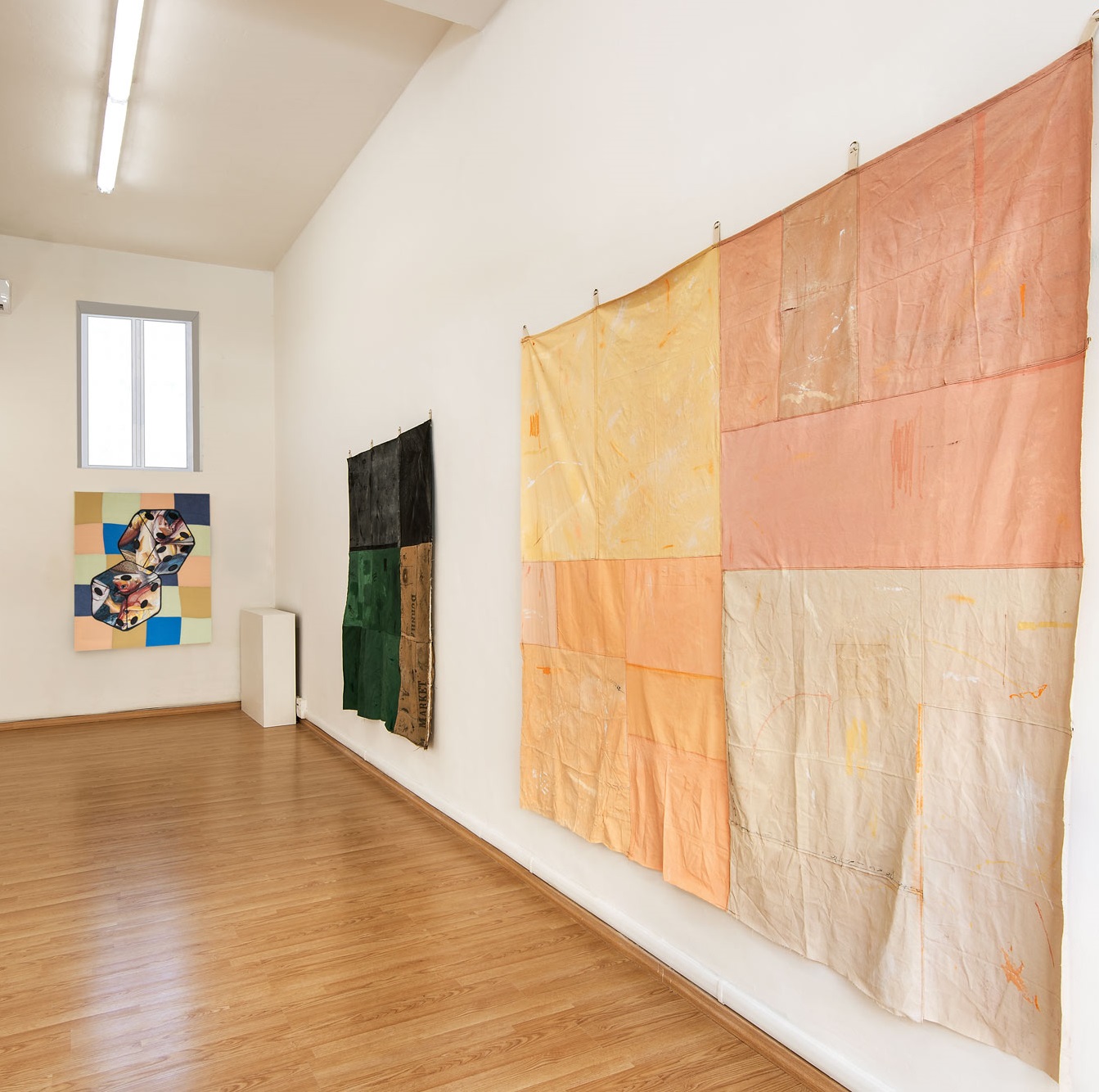 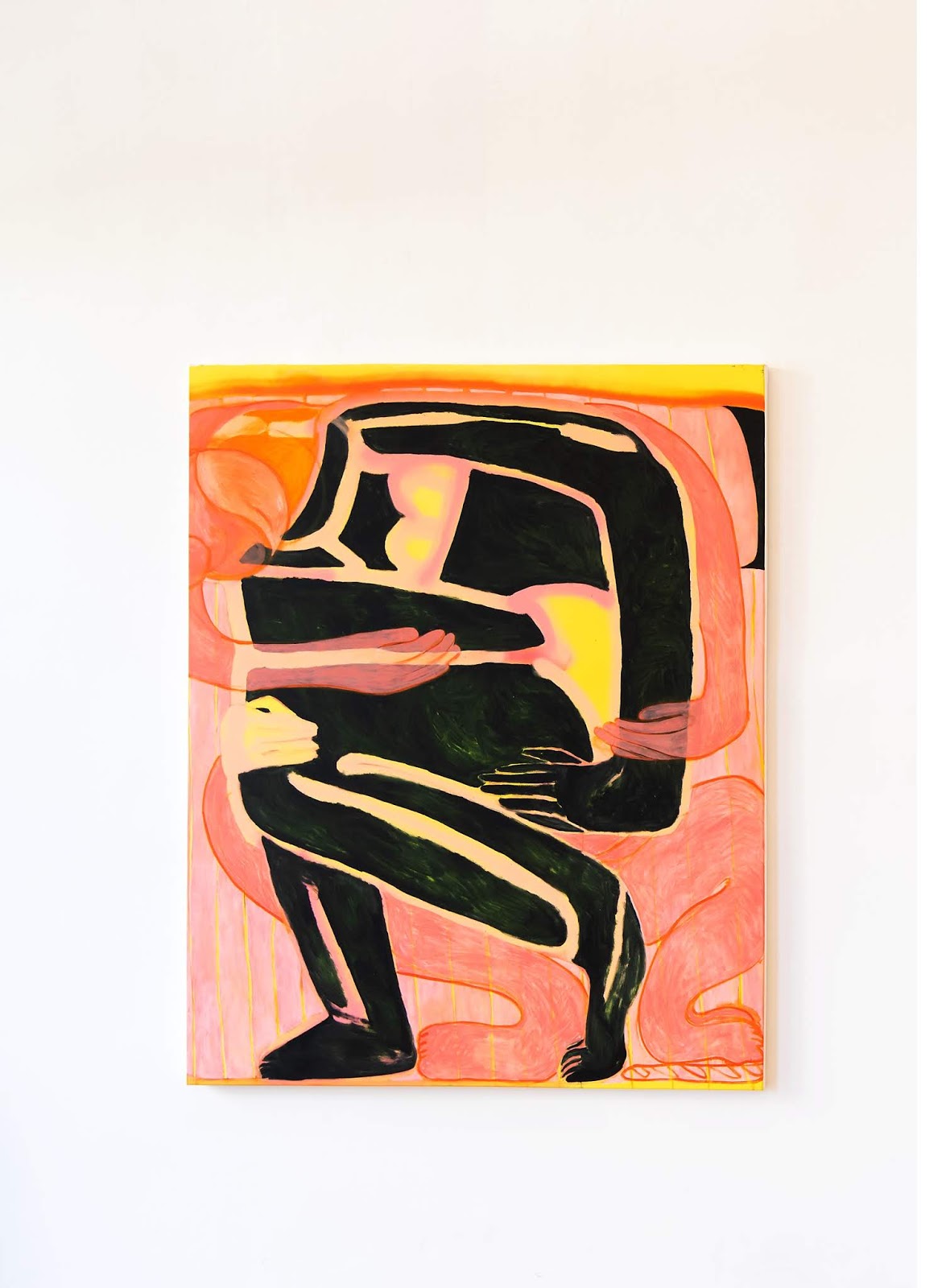 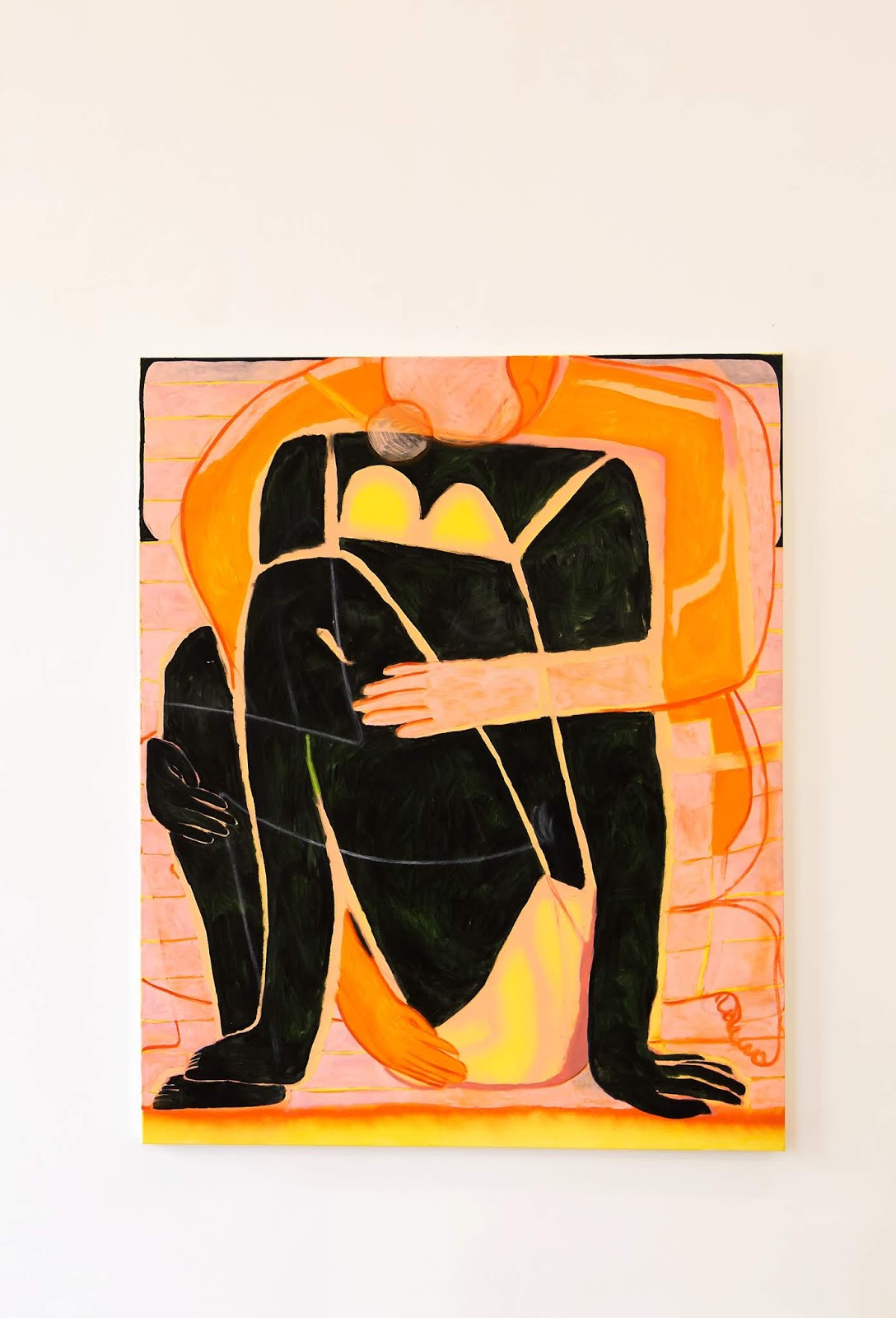 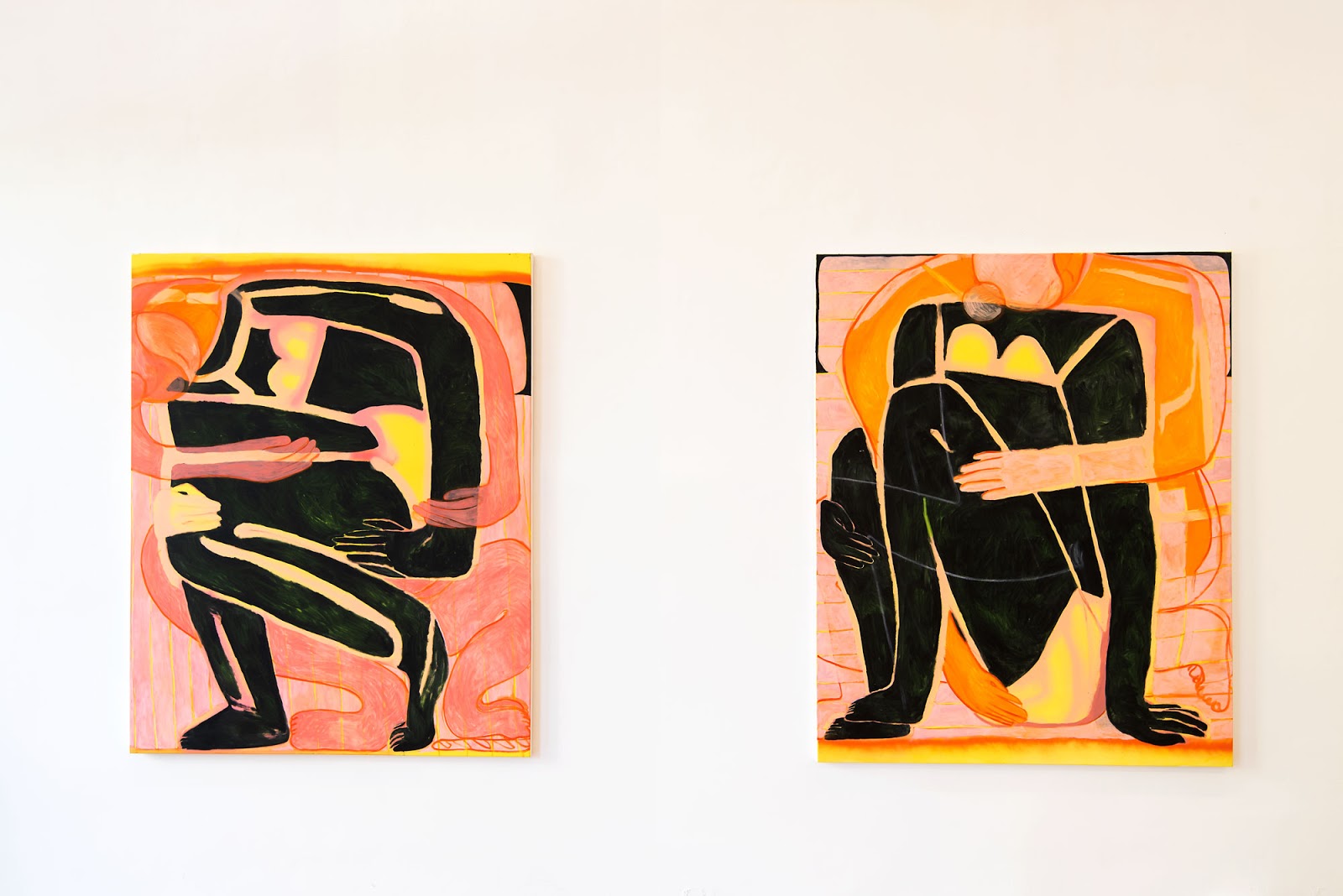 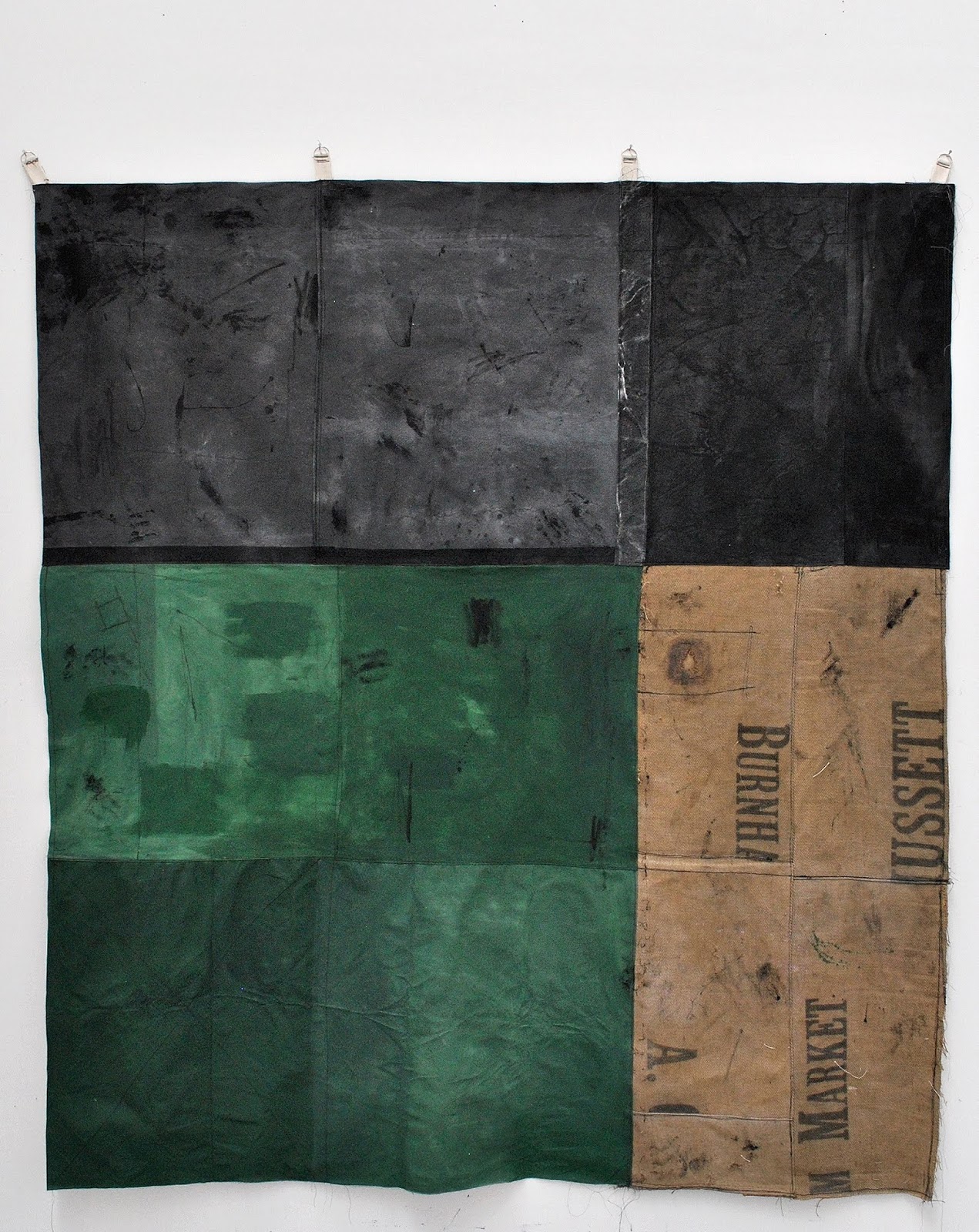 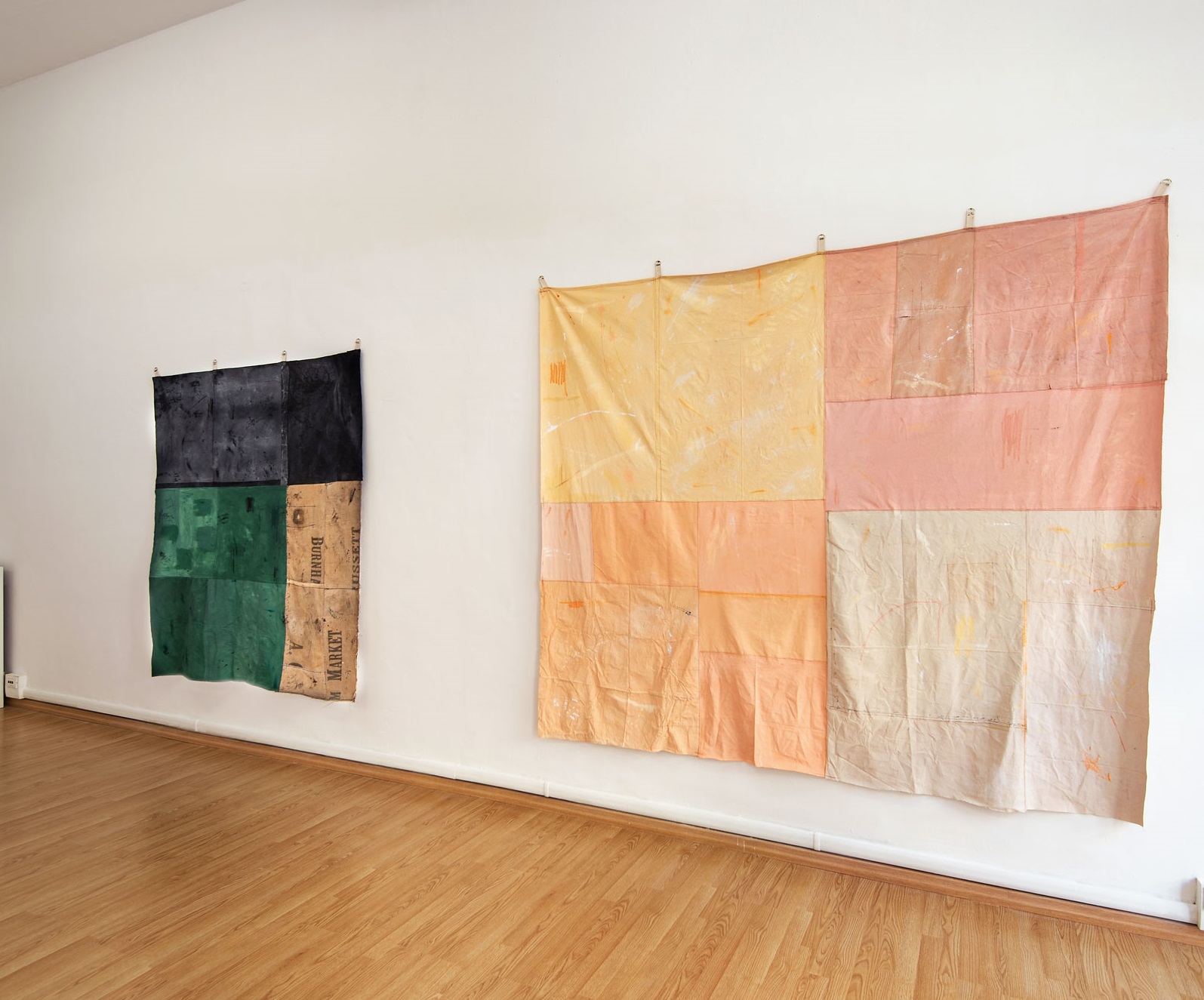 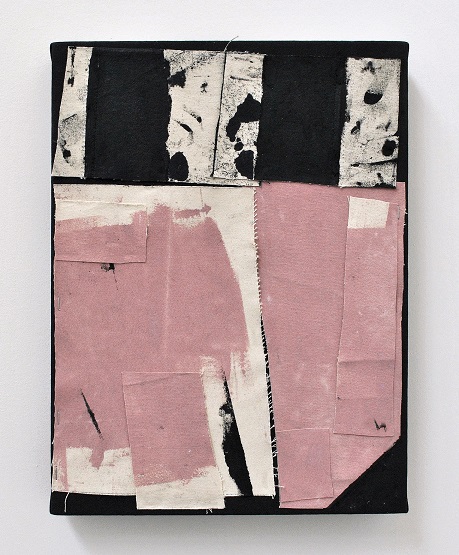 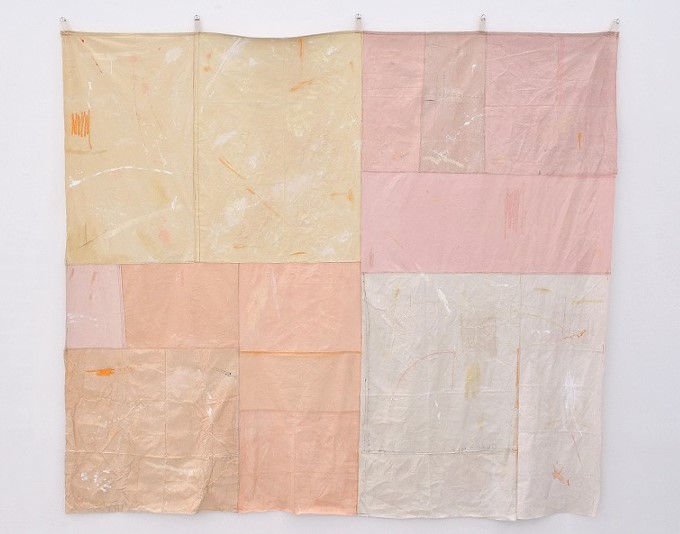 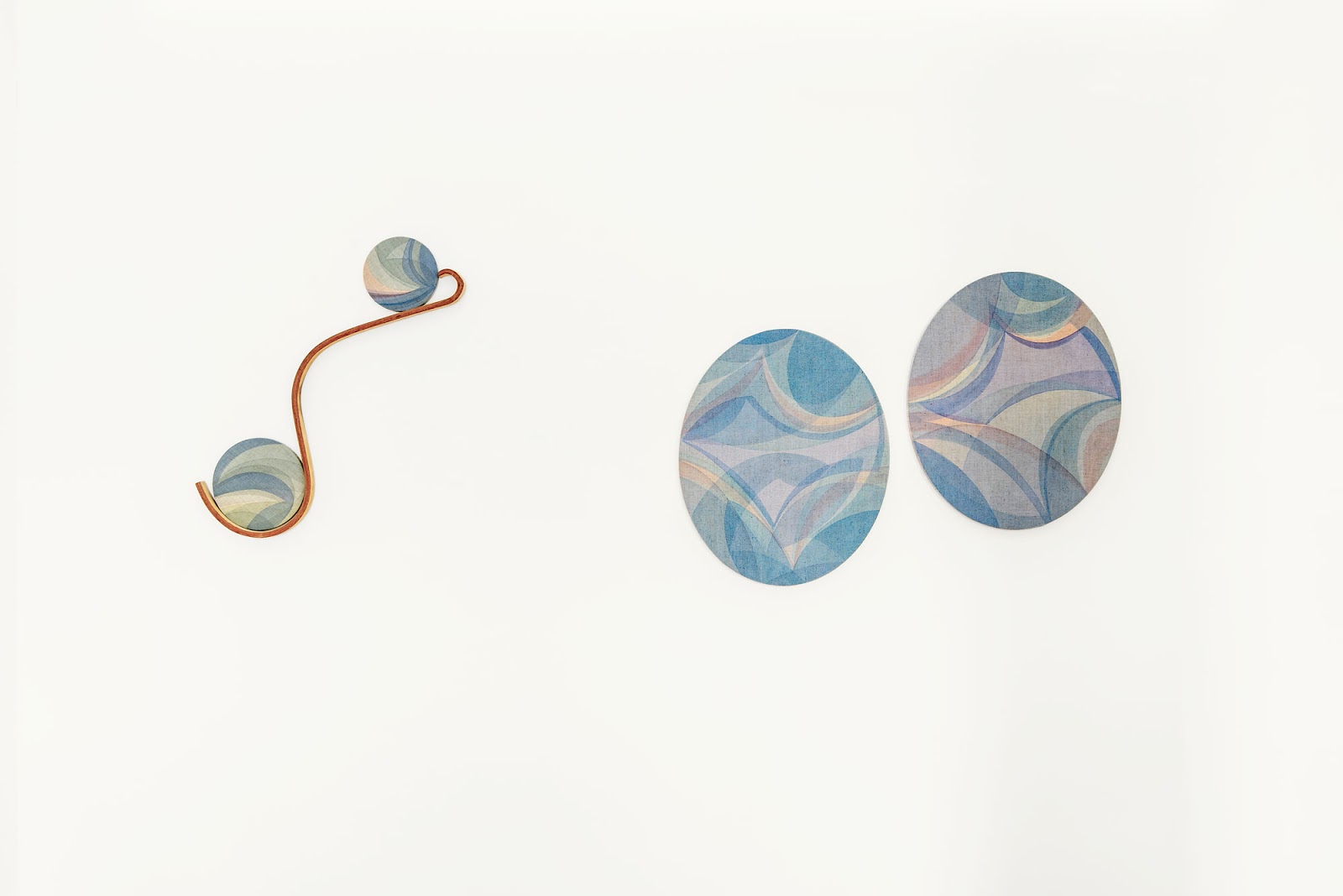 As we observe the artworks featured in this exhibition interacting altogether harmoniously, yet remaining in perennial dialectics, layers and portions can be glimpsed.
They constitute bones and its outer membrane hence the structure and the coating, proper of a very special canapé.
Rainy-Day Canapé is indeed, that magic sofa yet so tragic, a magnificent creation crafted by the hands of the versatile Dorothea Tanning, who used to sing the drama of life through the use of the matter.
Everything seems uncluttered, finalized towards something, however, this splendid and precise object crafted with the purpose of putting the body at ease starts writhing almost masochistically, screaming off its face, or, to put it better, seeming to suggest the corner of the mouth of a woman while she is showing a conscious grin.

Despite the artworks of the five artists featured in this exhibition surely differ in expression and use dissimilar processes, they share the same sensitivity, the same touch and the same awareness. For this reason they build up jointly the aforementioned sofa, piece after piece.
A sofa which seems telling what a sofa would tell if it was on a stage before the scene begins.
It is already a play and its presence already action.
In formal terms, the works hint at a mutual sinuosity, a shared soft aesthetics,
an intimate approach which then unveils through the hardness of: trespassing lines, agitated backgrounds and ambitious references.

Every artist differently faces critical issues such as: society, politics, tradition, history of the image, of the language and much more thanks to the stratification of different materials, the intersection between materiality and images, the pure description emphasized by its trait, the pictorial gesture translating several languages in figurative realms.
Ranging from the harsh curves in Tahnee Lonsdale, to the adjacent layerings present in Tess Williams’ textile works, to the sculpture paintings of Yelena Popova to the symbols portrayed by Stephanie Hier to finish with the game of surfaces  stuck between reliefs and etchings proper of Hannah Sophie Dunkelberg, here we bear witness to an evolution of a complicated aesthetic language where what is said through the unsaid (thus through the image), suffers from an awareness conscious of the multiform aspects of existence, a questioning of the real which seems to place itself drastically in and out, inside and outside of what represents the hypotethical place where everything is at ease.
Everything is exposed to the becoming of reality which stratifies in time and settles things with the present through an almost goofy dance where gestures are less secure and draw sinuous motions as if on the stage of a theatre there was a canapé on a rainy-day made of a rain sweeping away every convinction, eventually leaving room to a mutating beauty and a twisted reality.