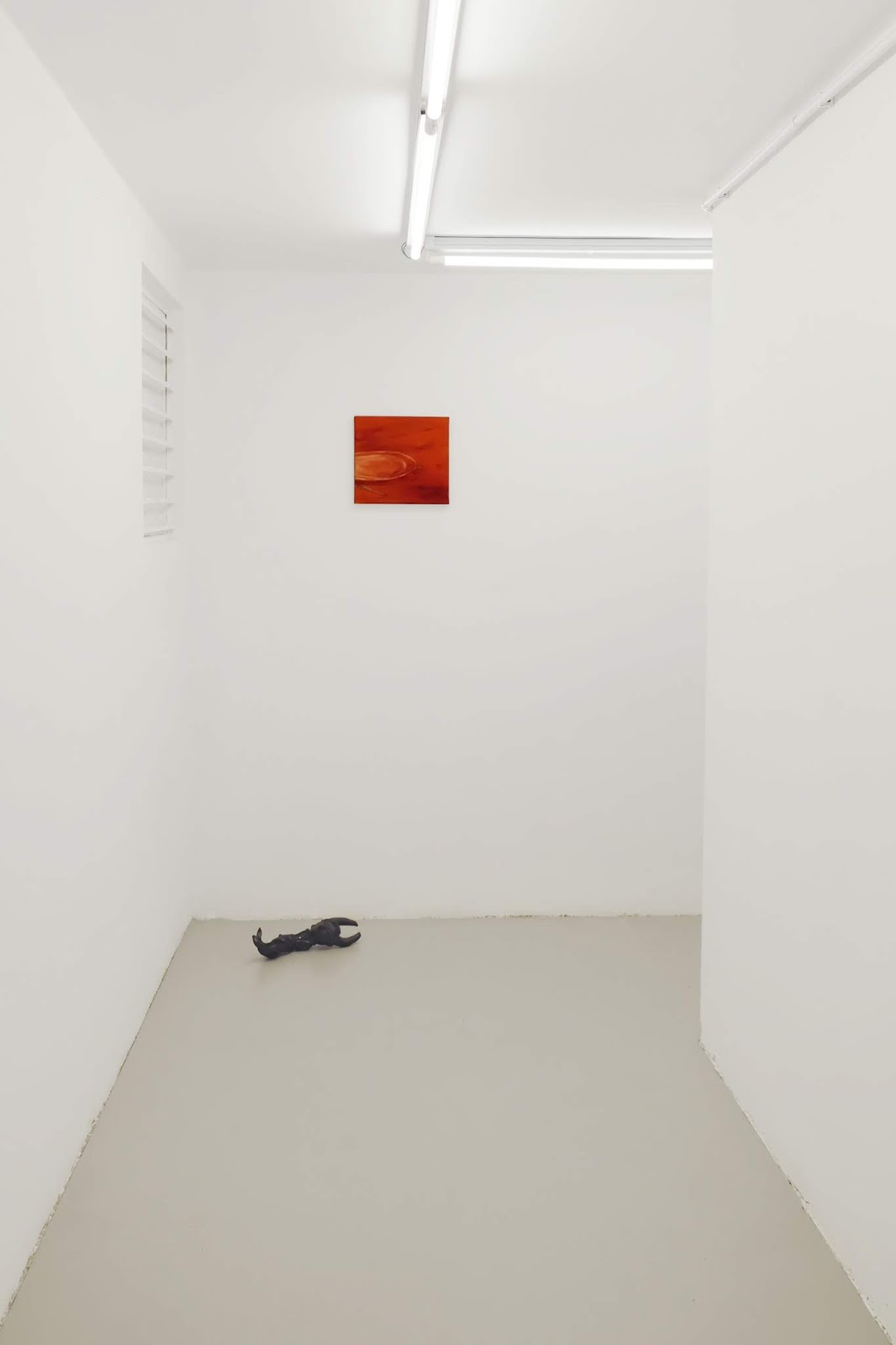 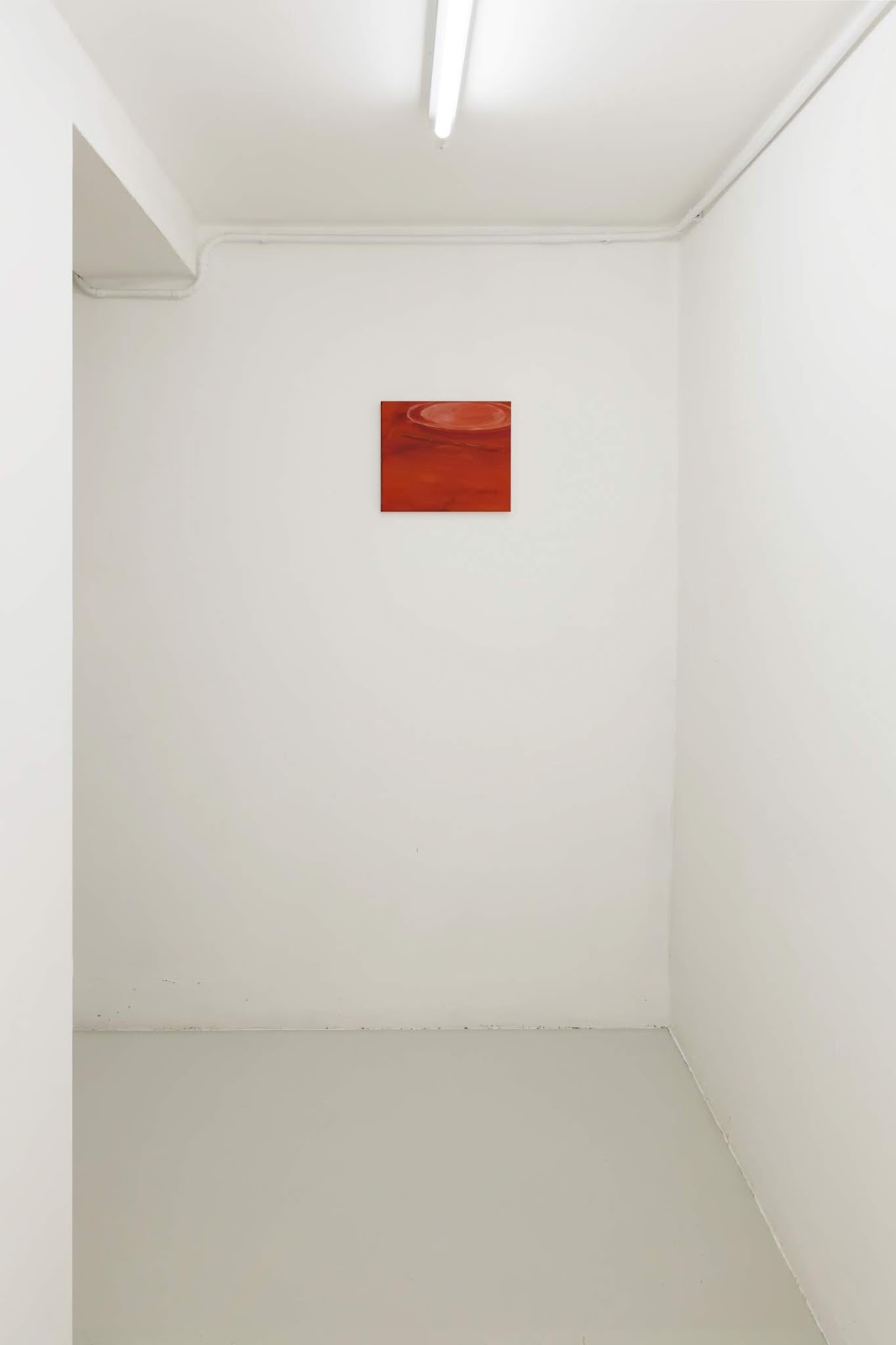 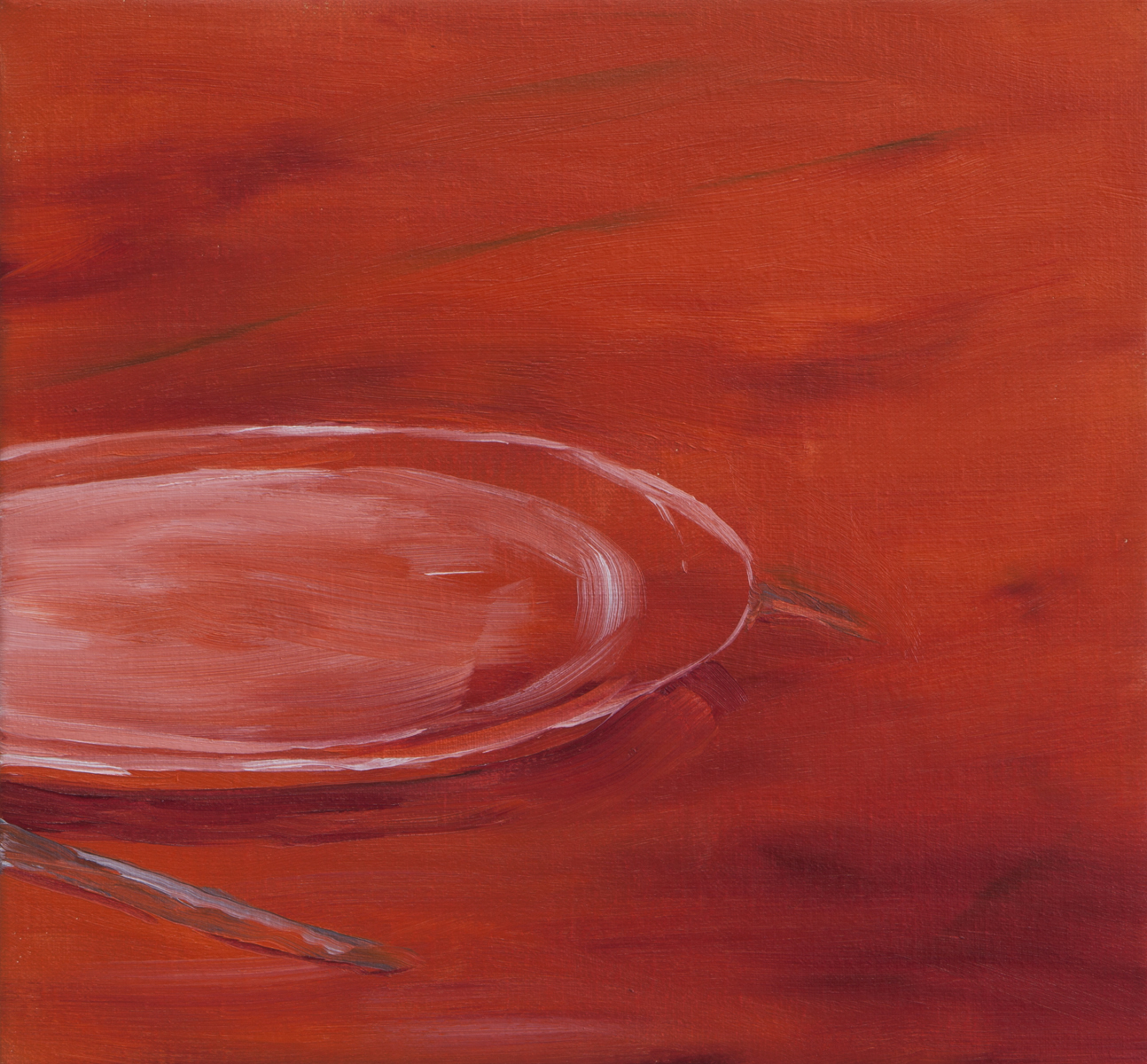 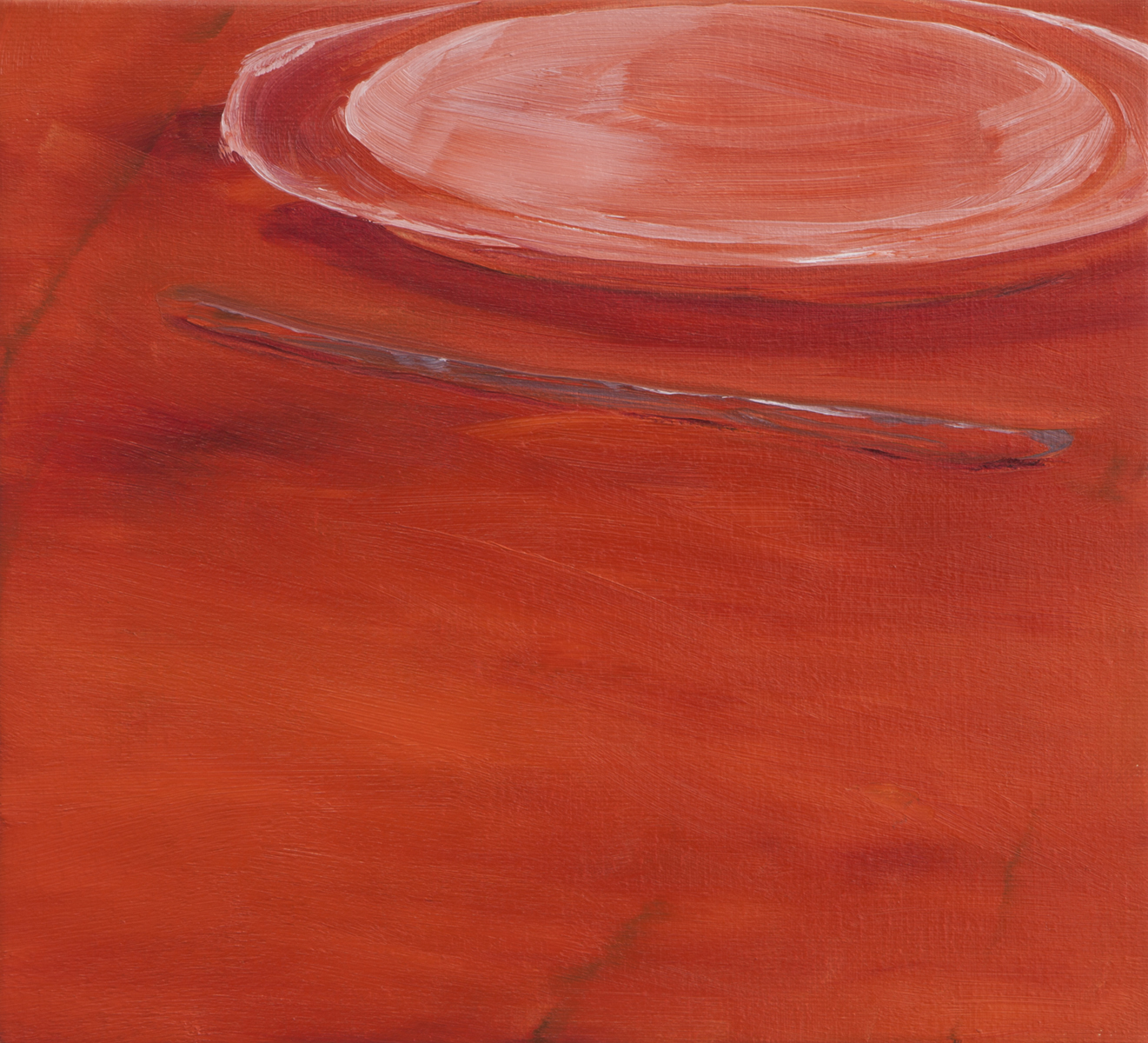 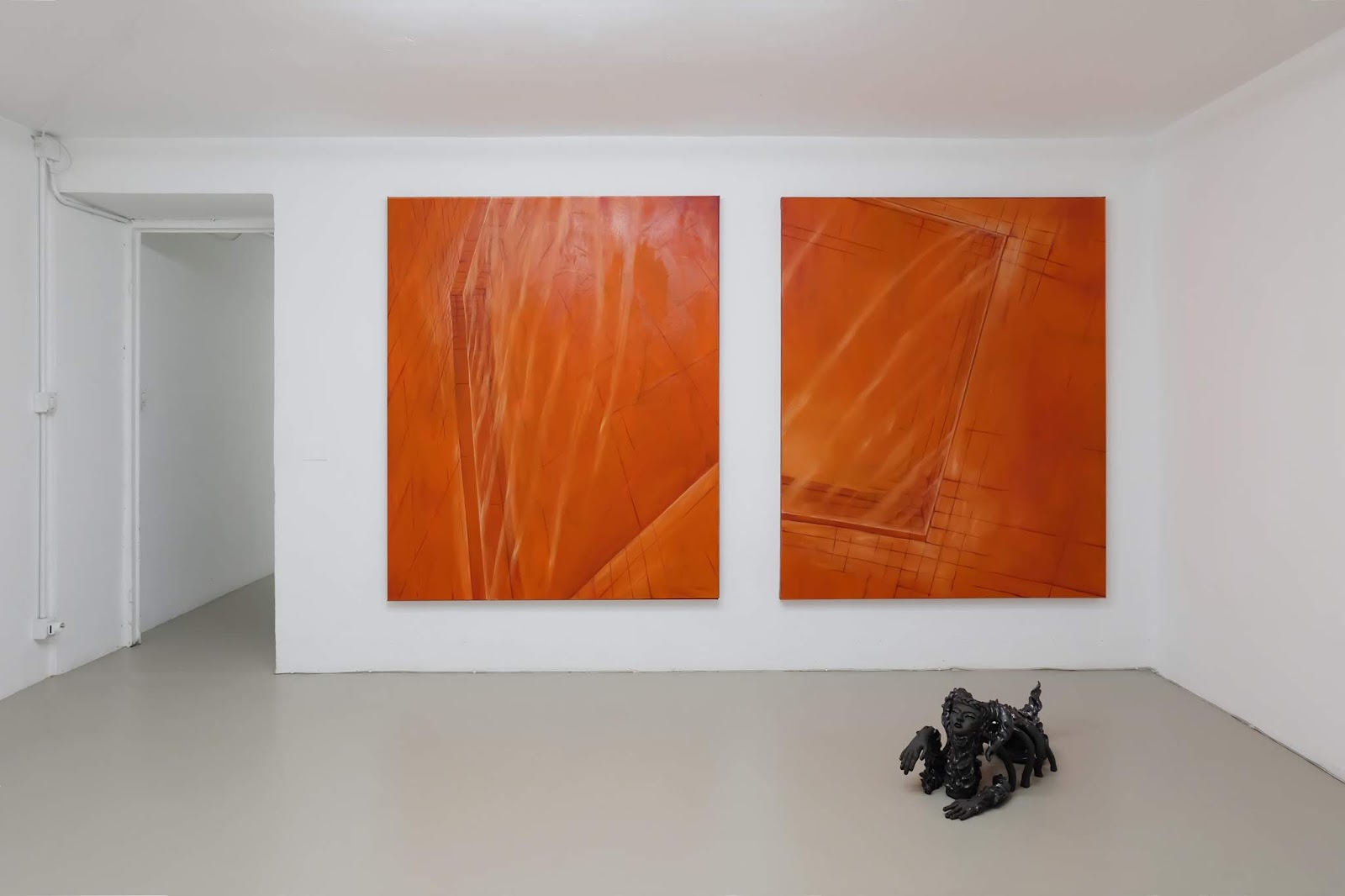 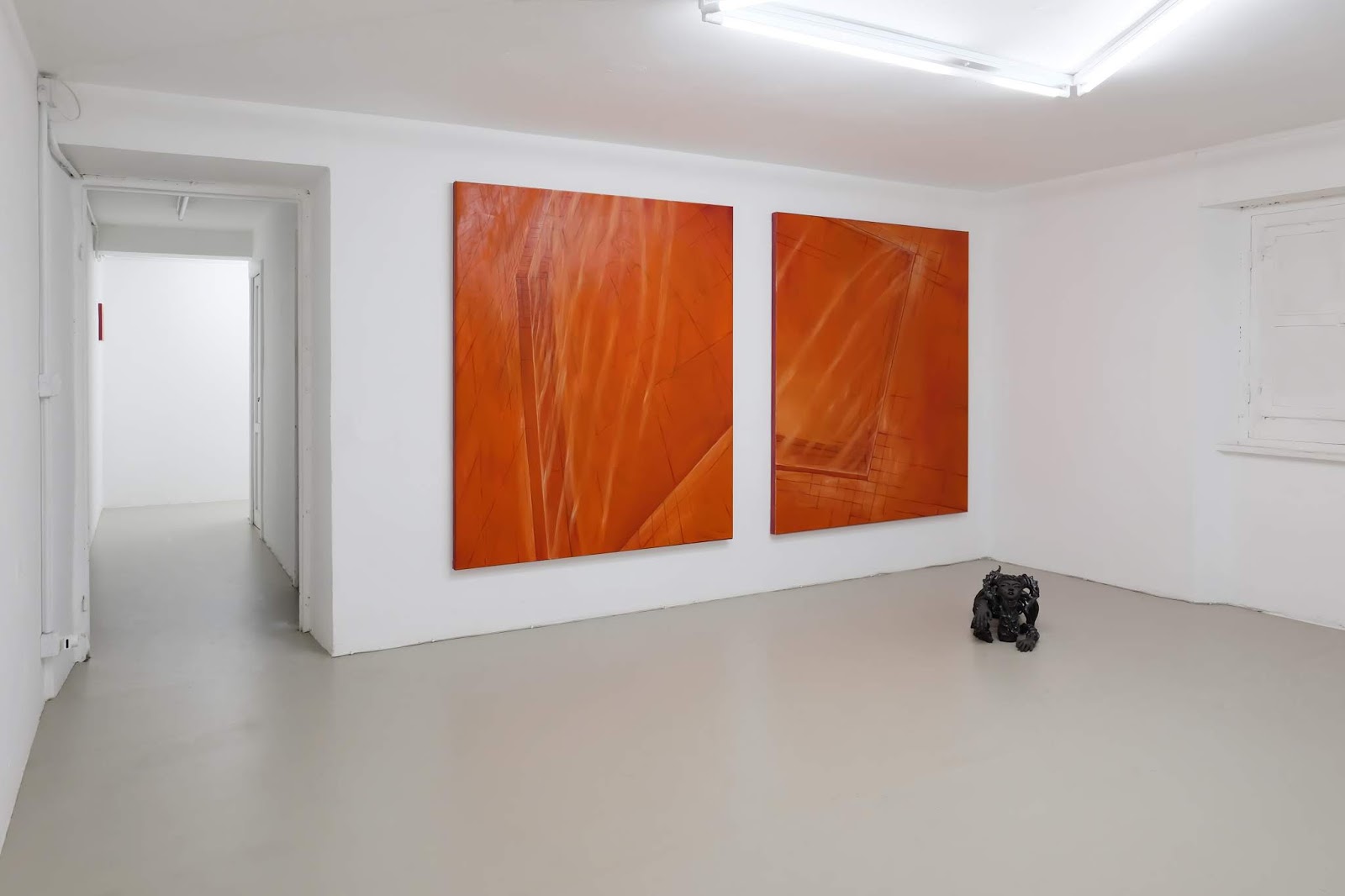 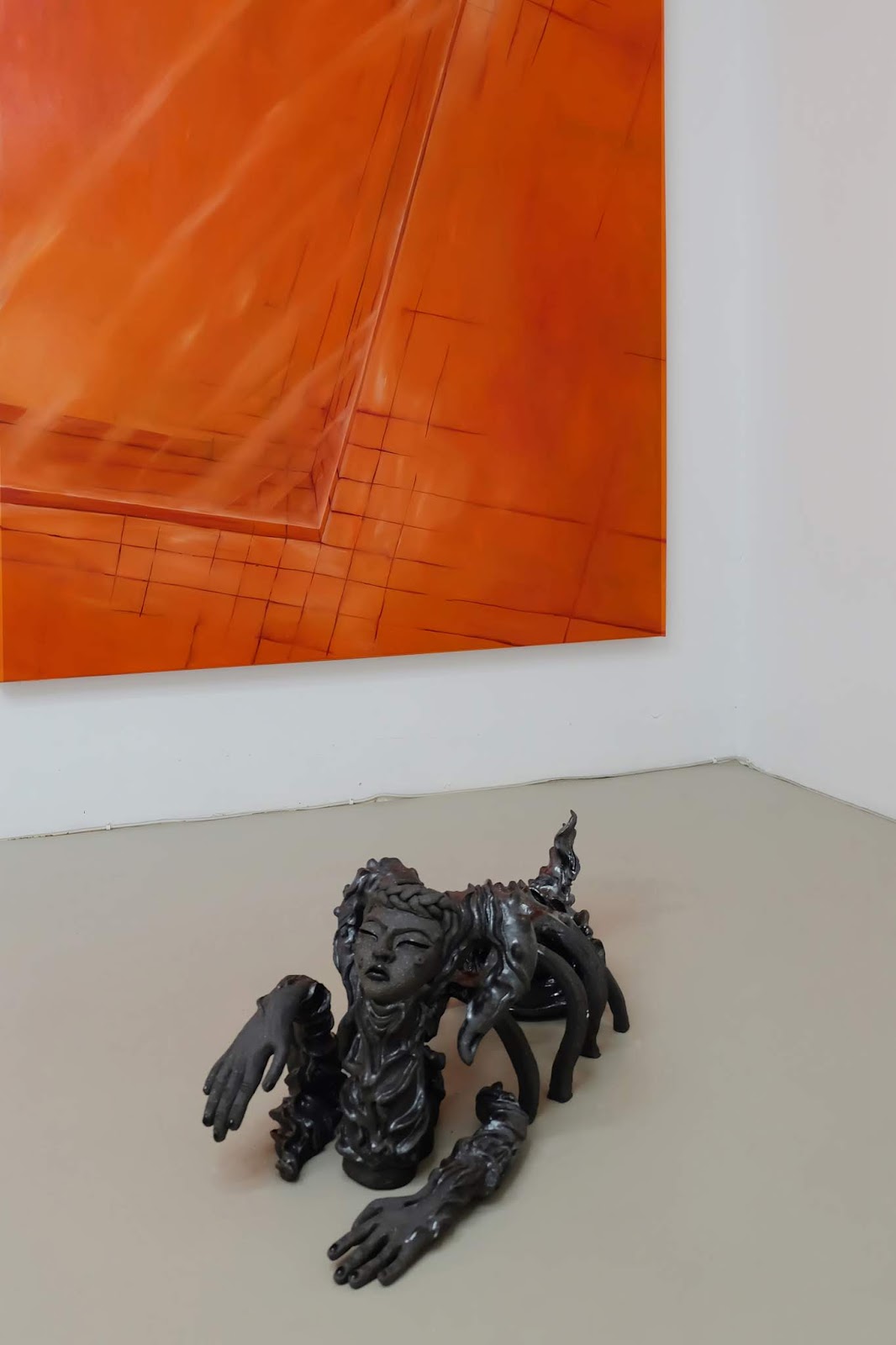 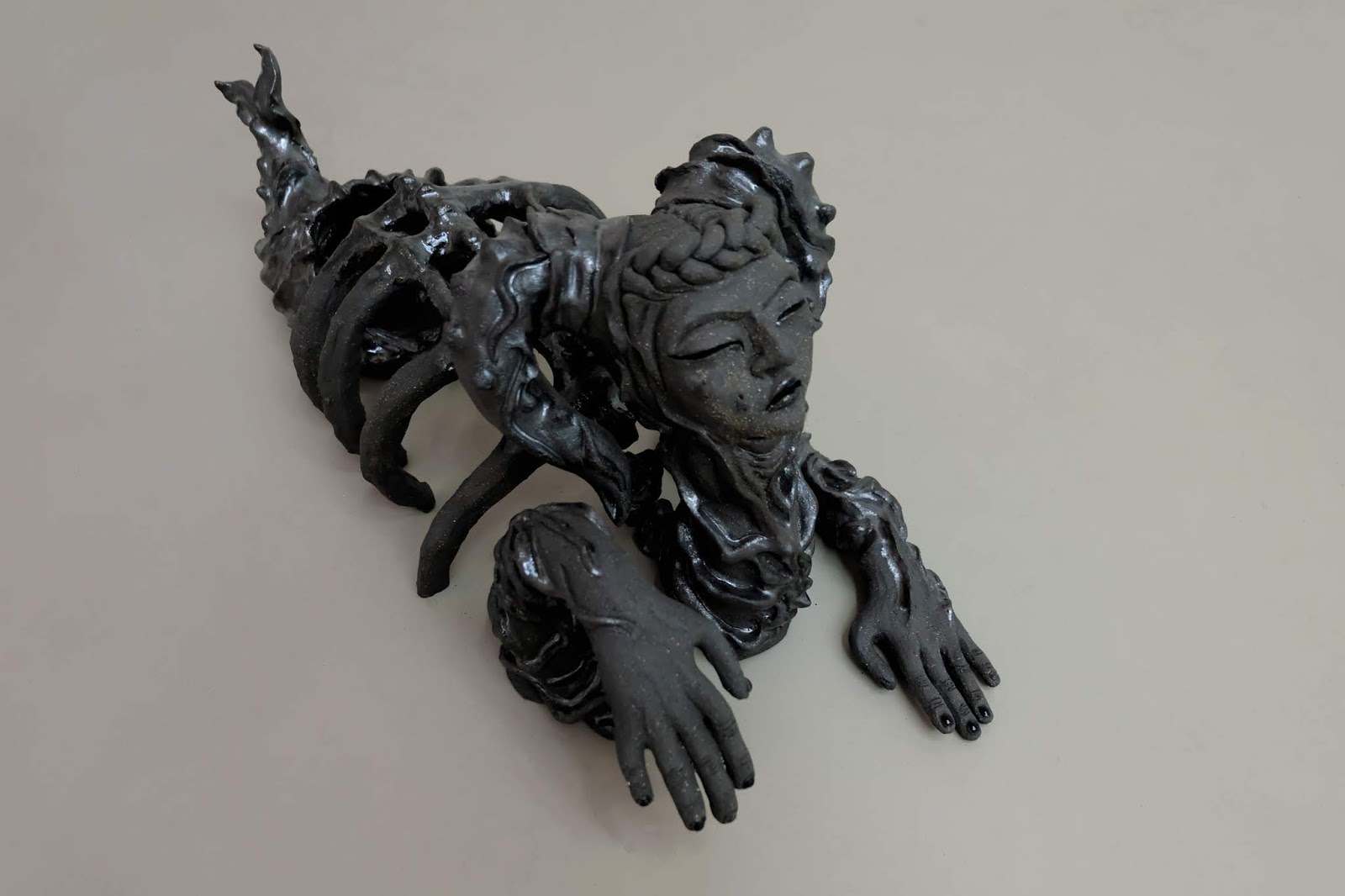 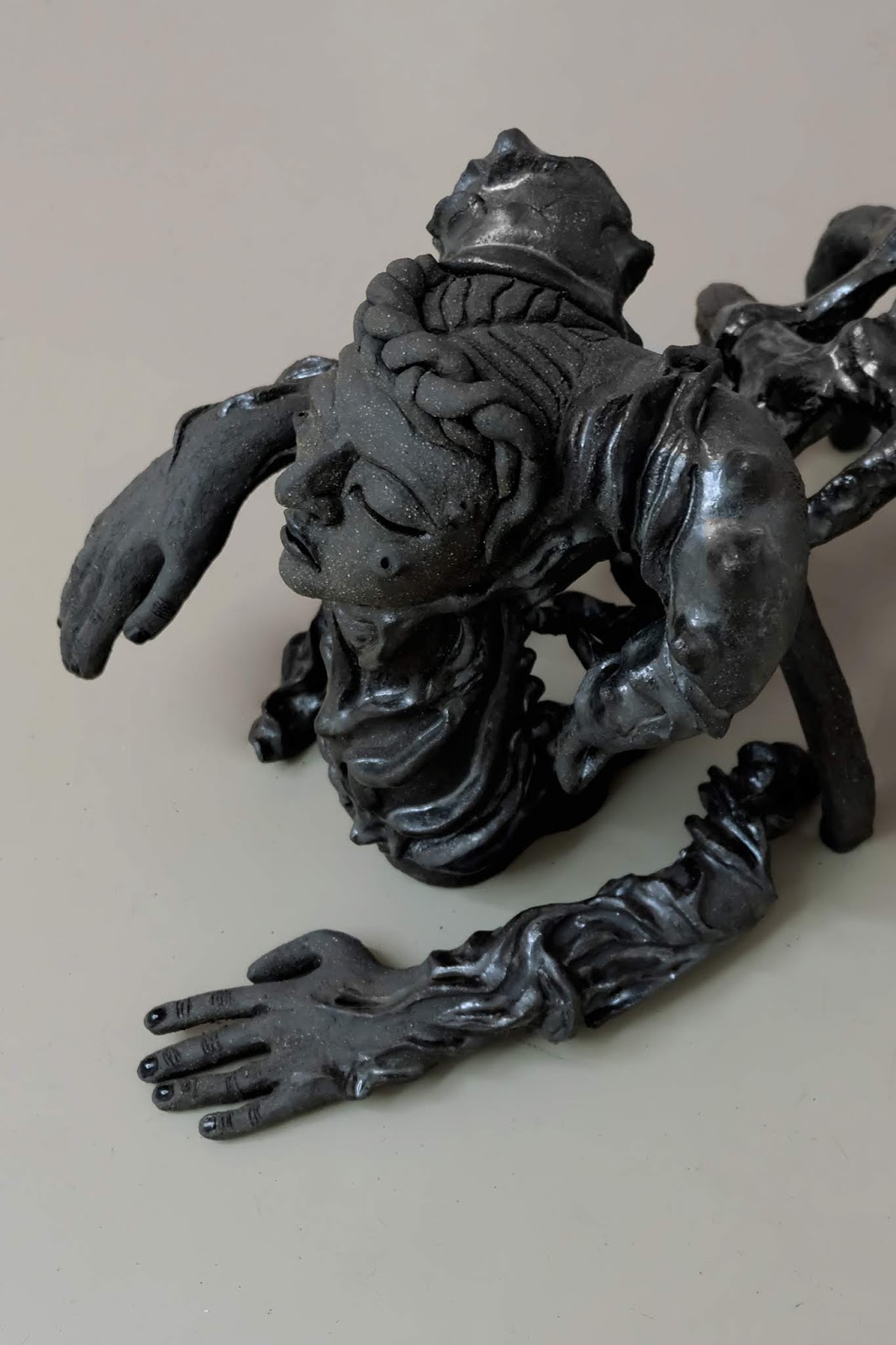 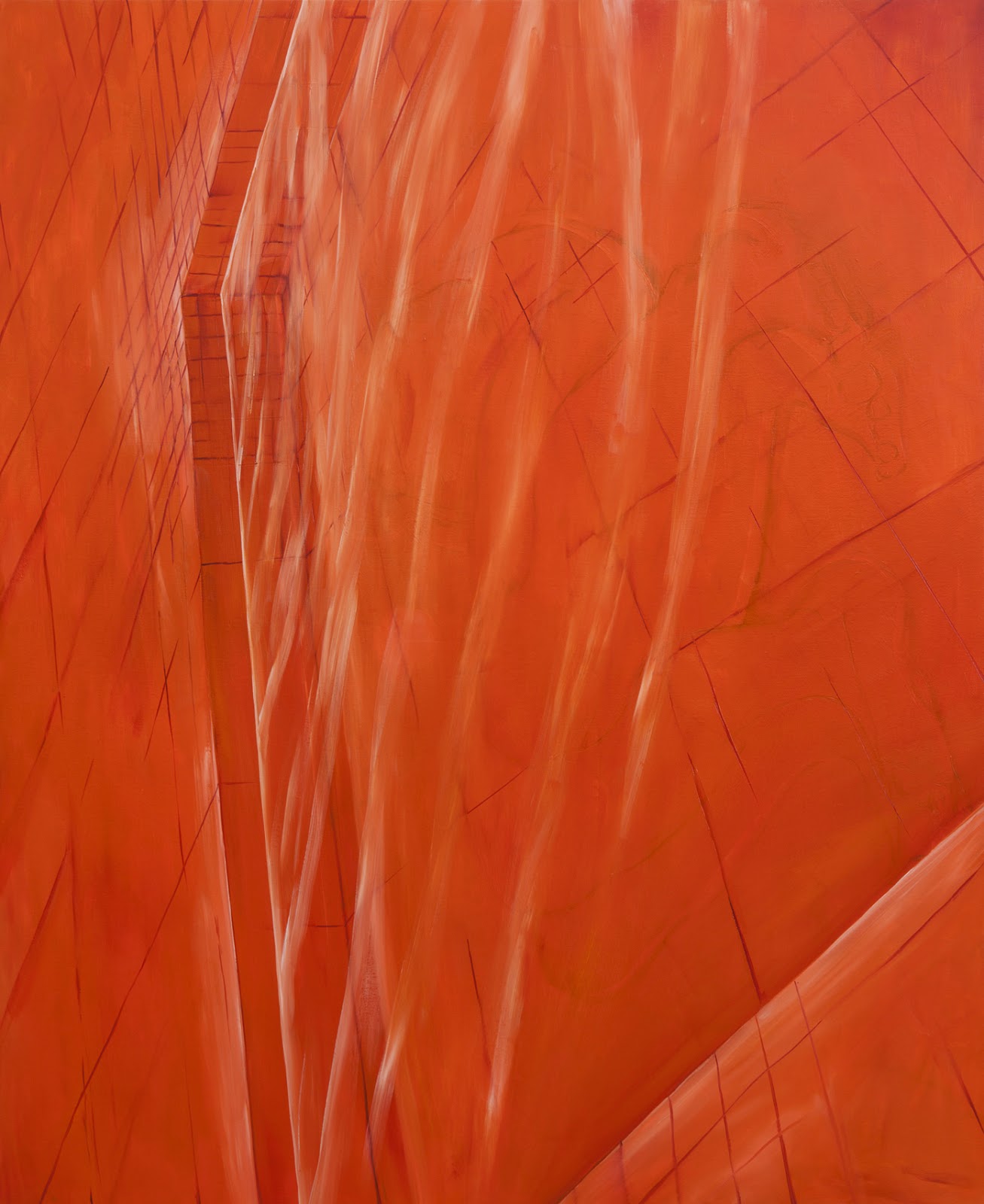 Tongue, from Old Latin dingua, has no compound etymology, thus proving its primeval essence. There it is, among the taste buds, that ray of meaning, there it is, blended with saliva, the great logos.
You can feel the drool in the air; see the filaments through the space.
The word tongue, however, has something in common with the Latin word lingere, magnificent act of softly licking, equivalent of brushing but with the tongue.
Ah, this red, recalling the flesh more than how blood does!
These canvases seem to offer soaked, wrapped flesh. Plates without meat, exposed and wrapped up, veiled. And the lingere recurs, from one side of the canvas to the other, from one part of flesh to the other. Maybe this veiling, this covering drool tickles the nymphs? Maybe they too, veiled, claim to be chrysalises?
Black are the nymphs by now like insects, the maidens abandon the veil, the whiteness belonged to the cocoon but the drool is still on their pointy tongues. Because nymph is also an alteration of mucous lymph. And they crawl and splash and crawl and so they play with those drooling filaments.
But the chrysalises live a never-ending change.
Maybe the last stage of this dance is the snake? It, too, slowly crawls like the act of softly licking and its tongue is forked.
Maybe the final stage is a double tongue? Bilingual? Two tongues, two drools, and thus two dialectics.
But isn’t dialogue the form of comparison that brings together most or that more than anything else reminds the common origins of the two speakers?
Again: hi, ray! Hi, logos! Slick circle.