Yorgos Stamkopoulos
As Time Goes By 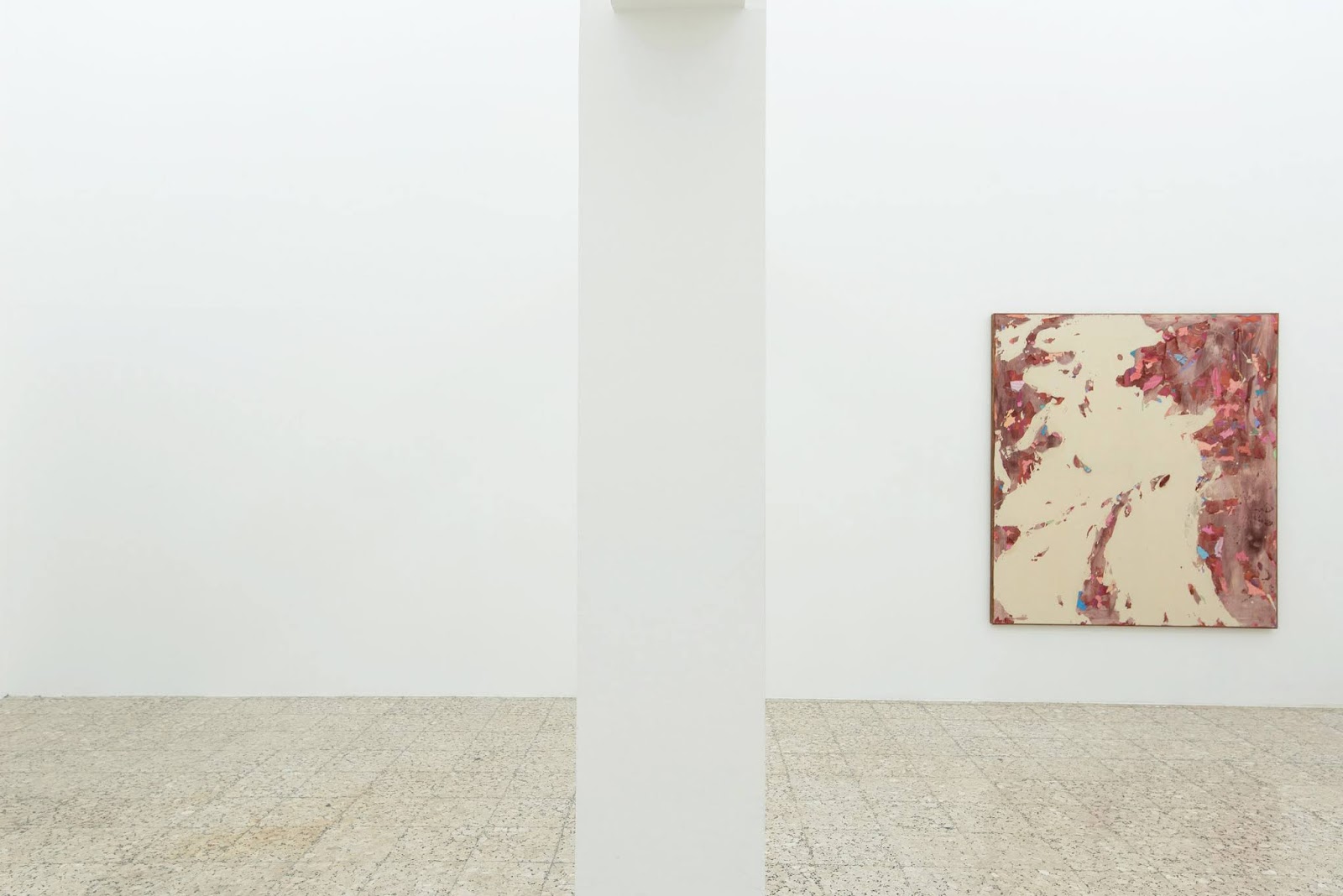 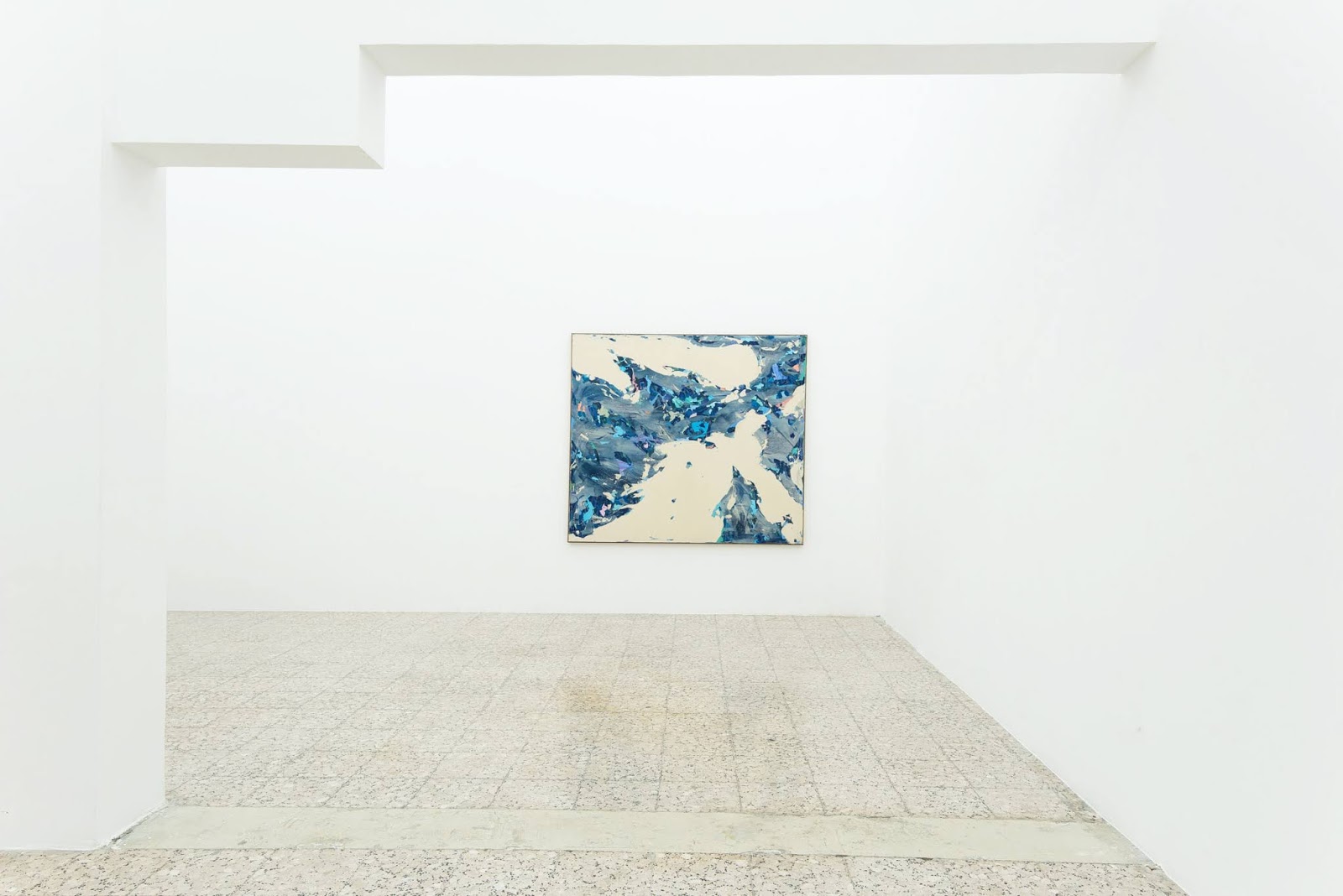 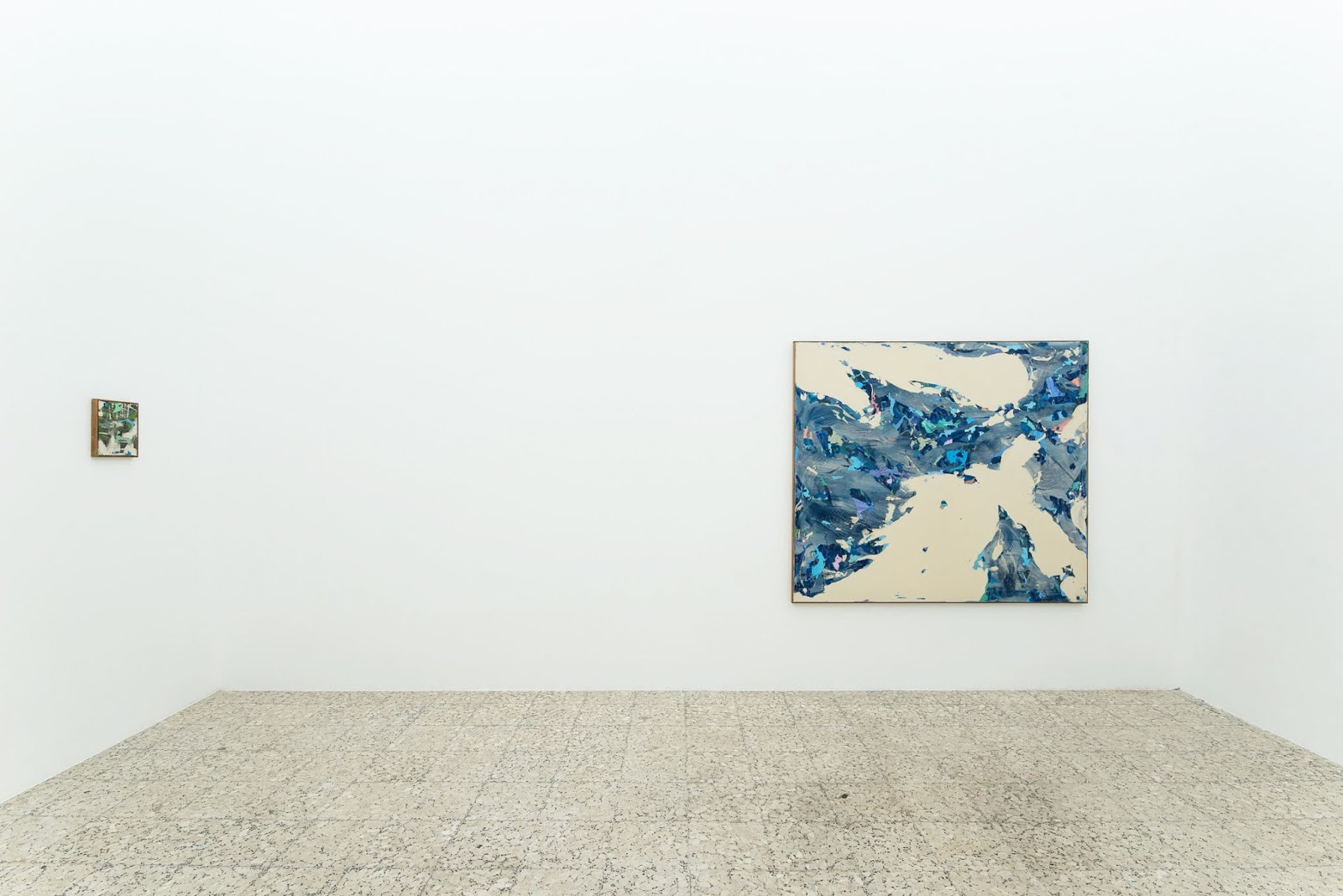 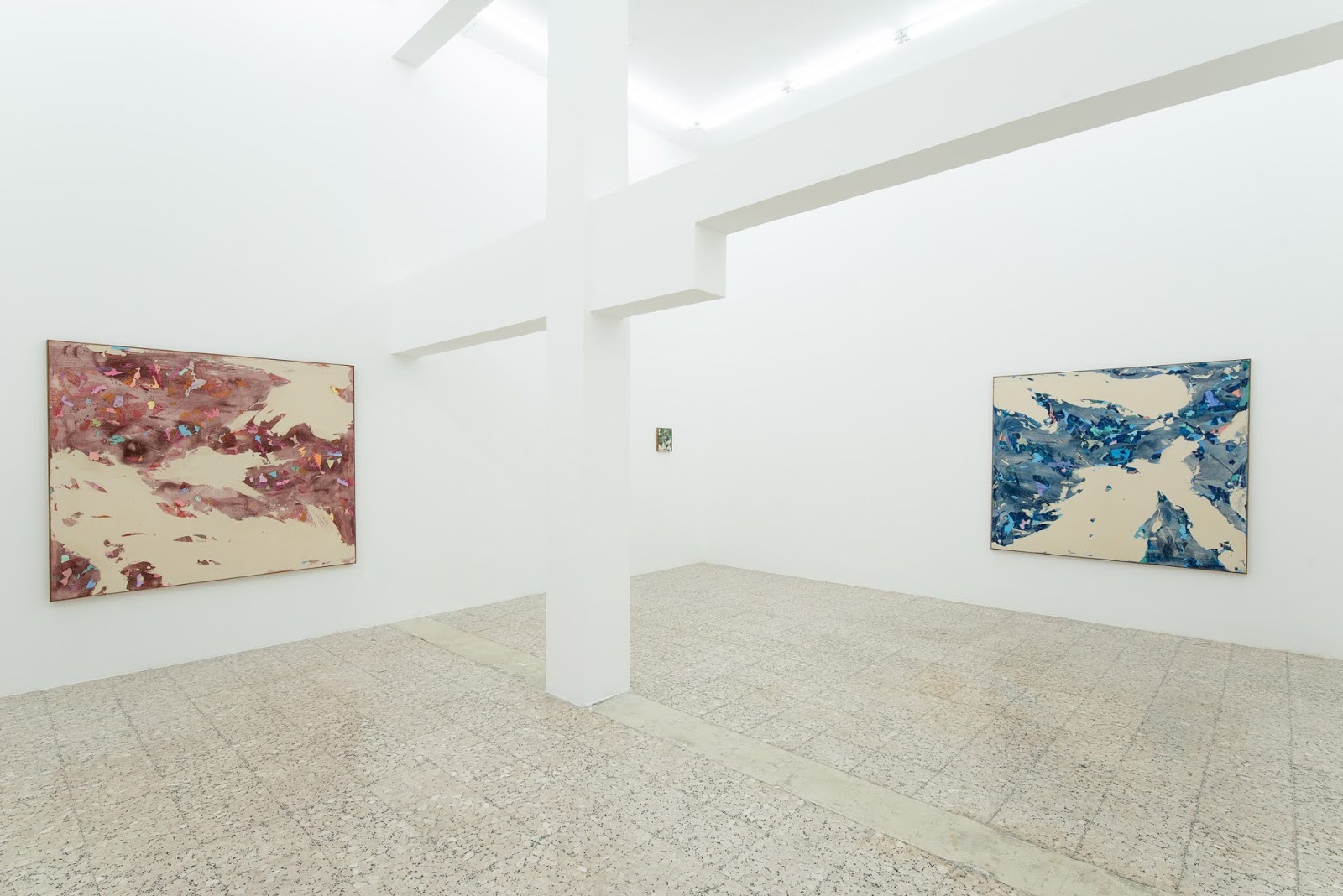 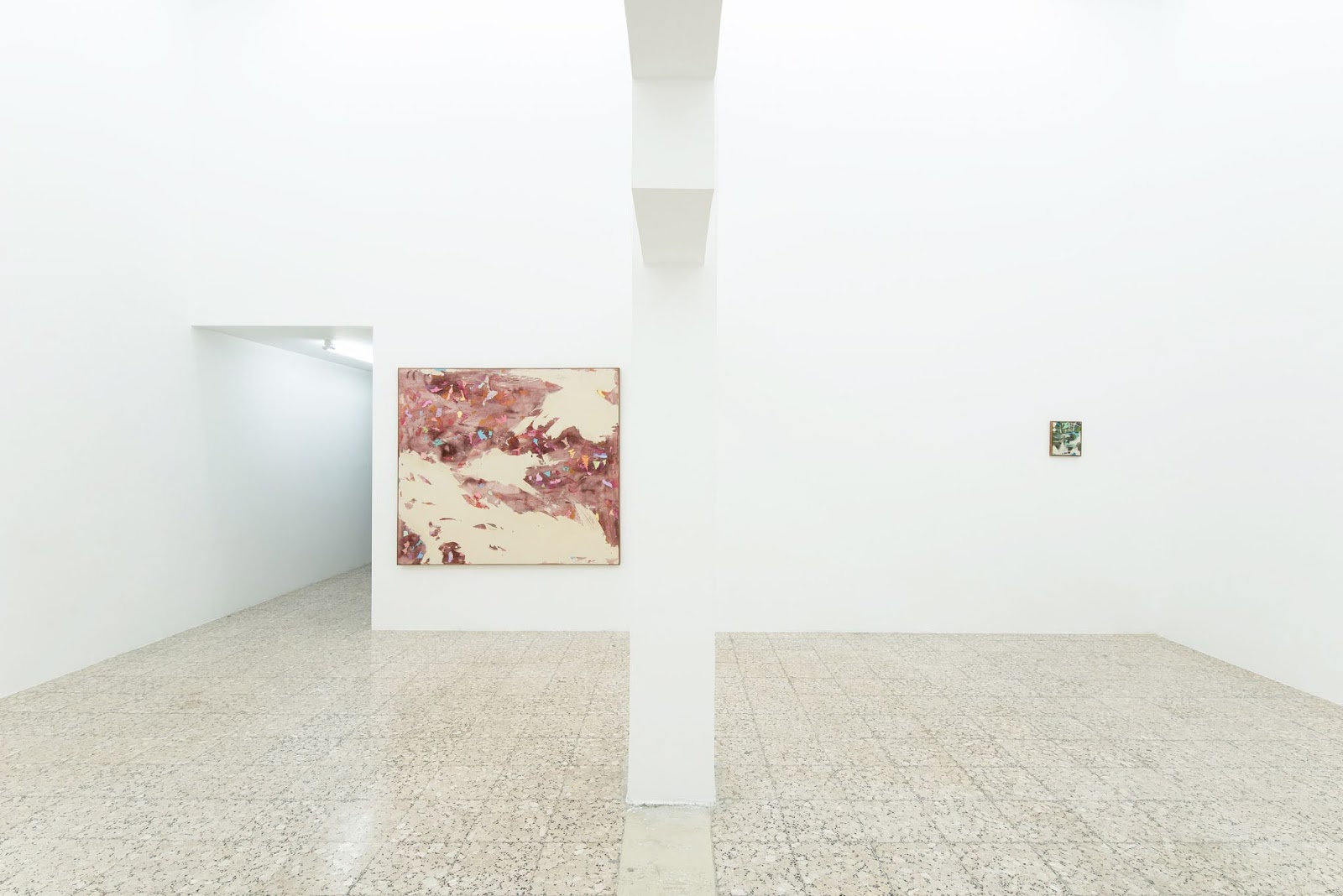 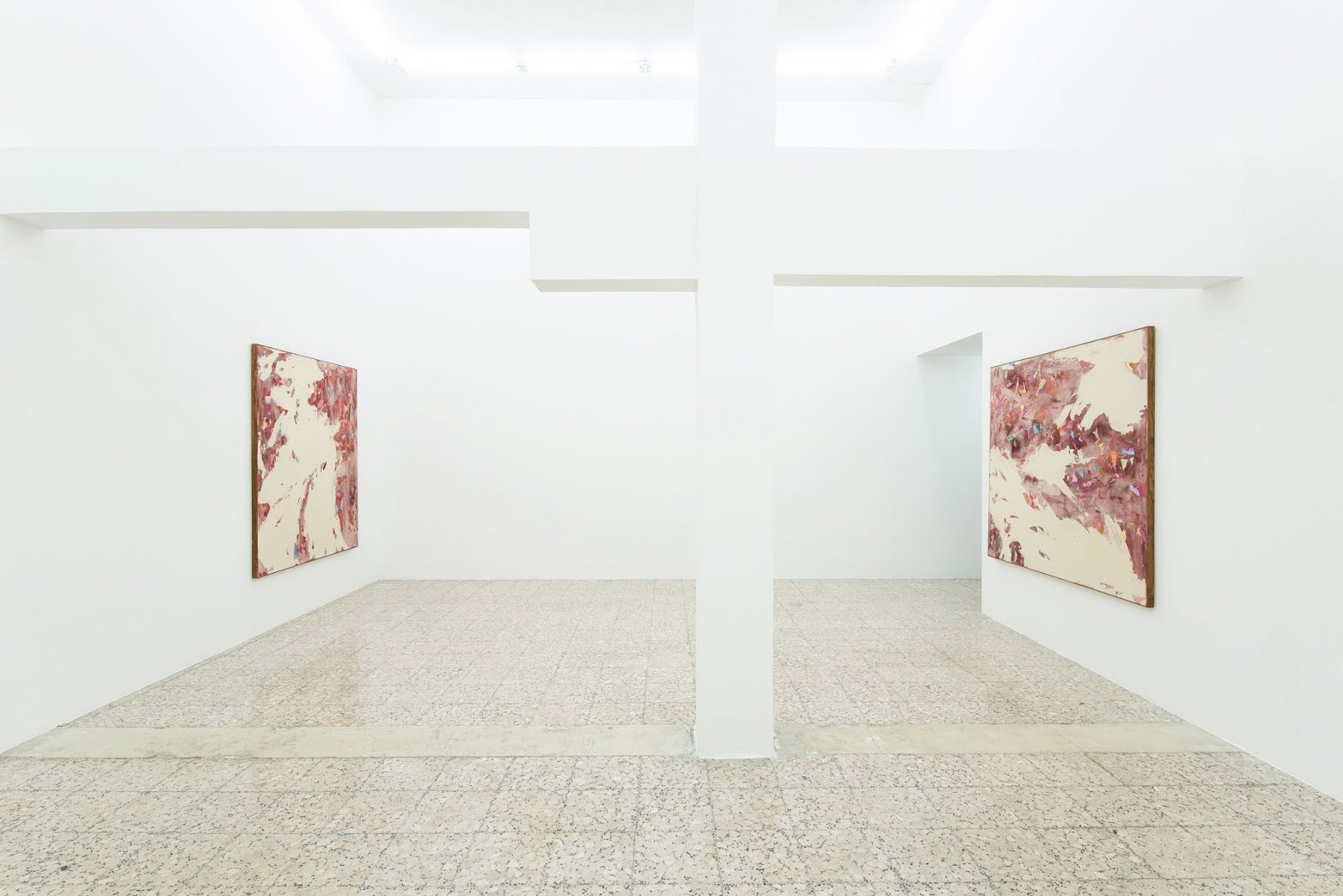 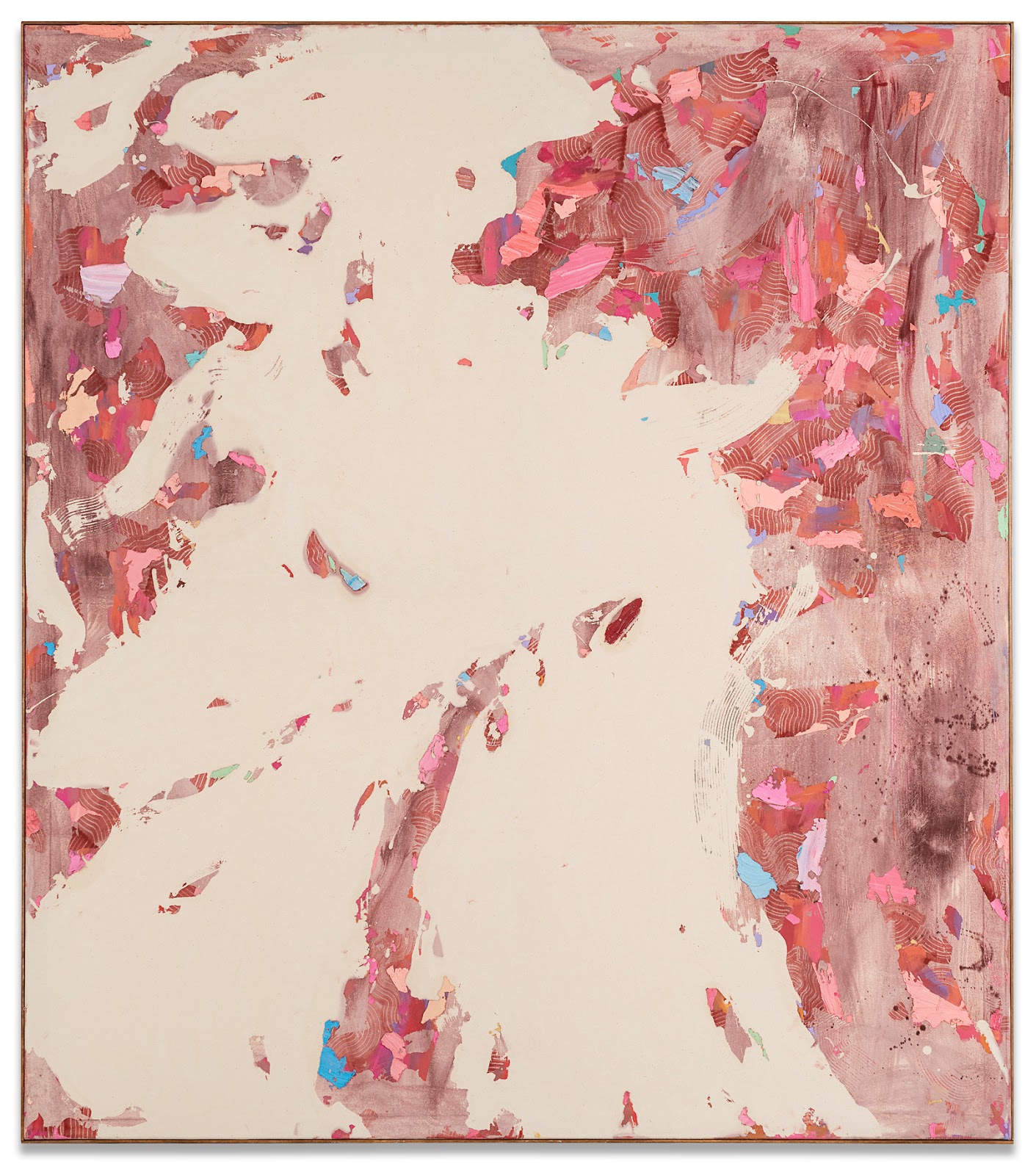 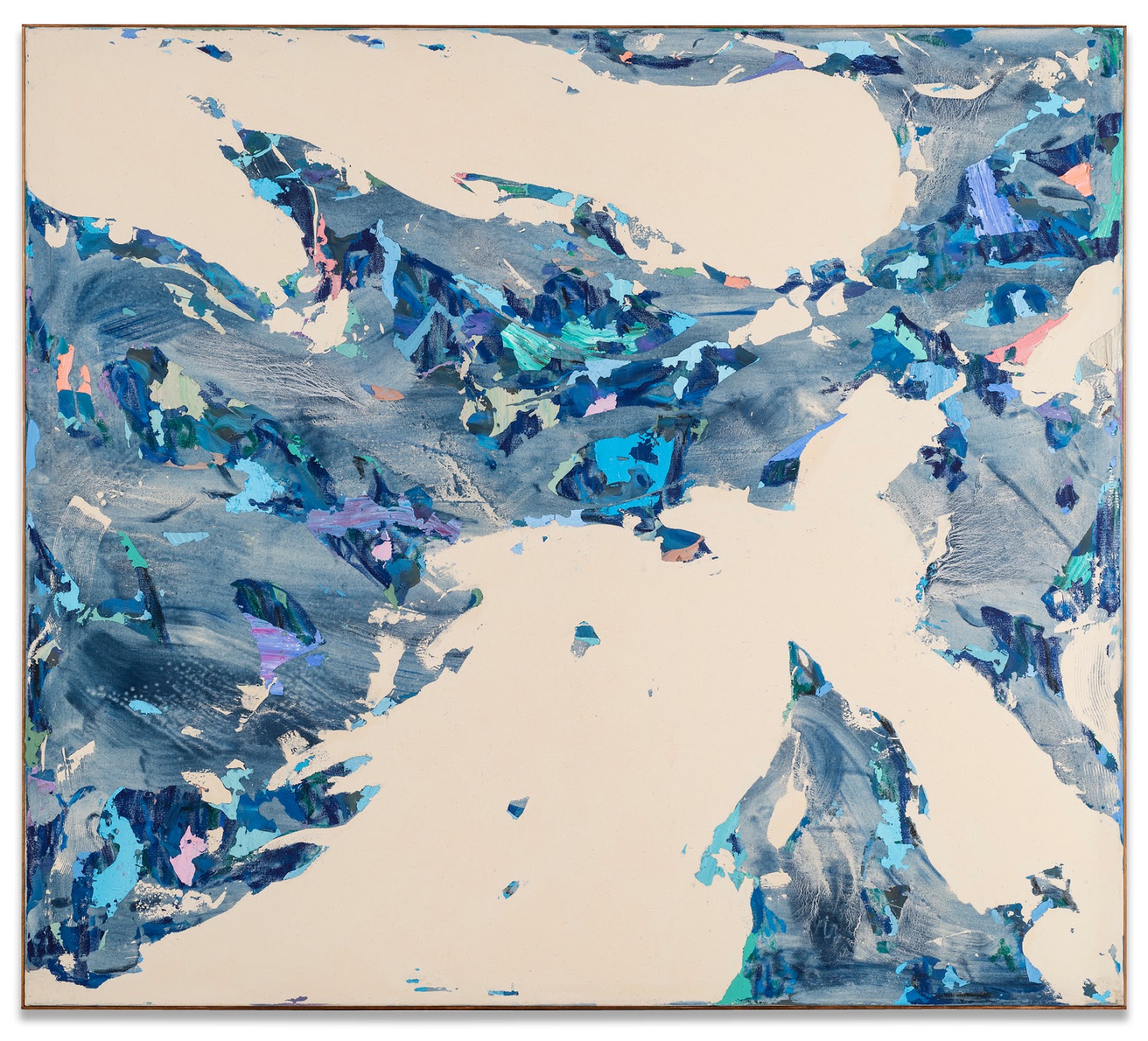 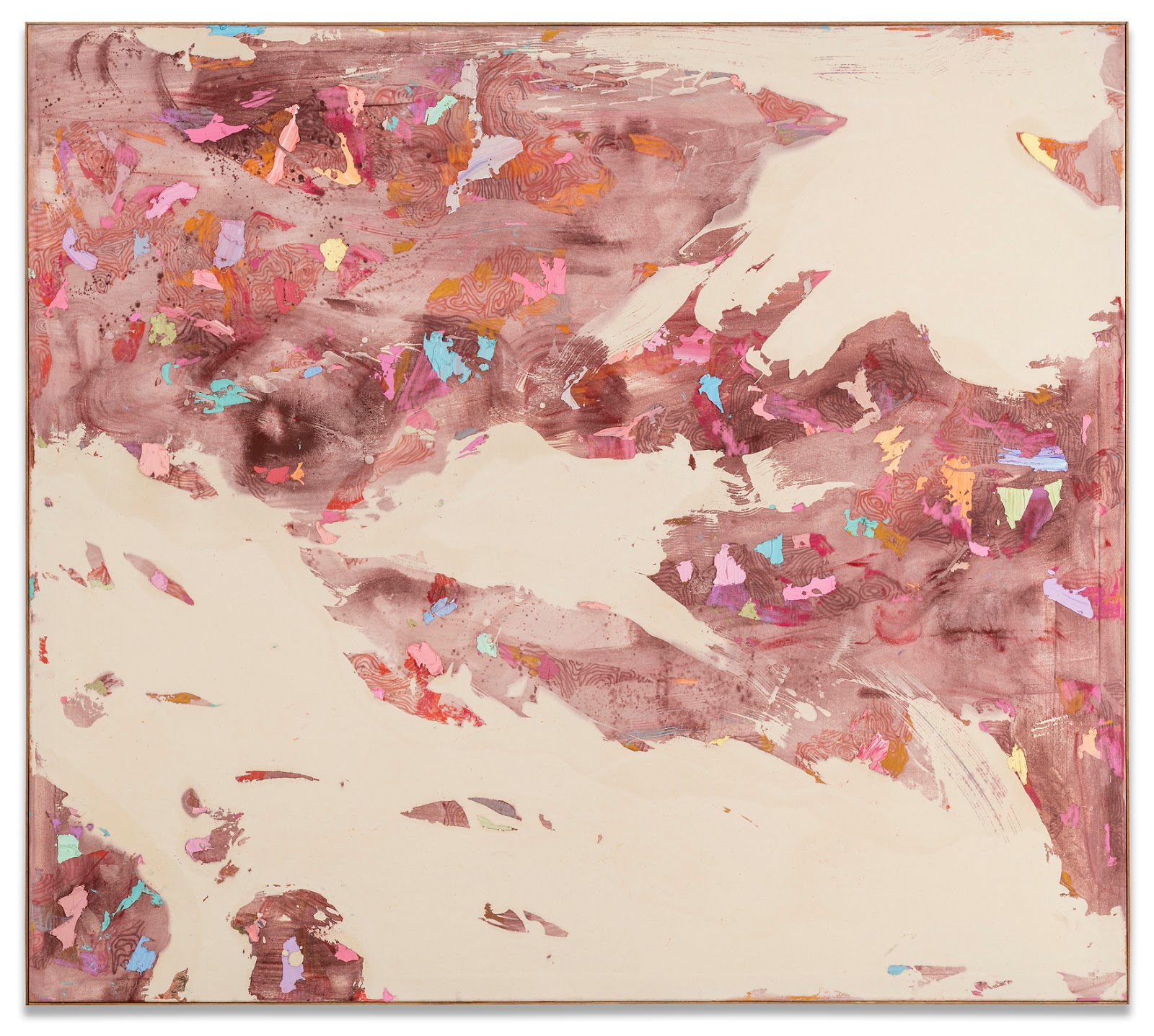 as time goes by.

What about time, picture and abstraction? The picture does not only represent a visual offering to the
viewer. A picture is a material product that registers a sequence of conscious decisions which took place in a concrete time frame and enters into a space of the aesthetic present. Abstraction or more precisely abstract paintings illustrate a reality that we can neither see nor describe, but whose existence we can interpretate.
Examining the work of Yorgos Stamkopoulos becomes clear that the subject matter of his paintings has to do with the process and the becoming. Since the act of painting in itself is the most typical or inherent process, the process of painting becomes the most integral and natural metaphor that painting itself can use.1  The color impregnates the space. The lines and the gestures themselves are acting as the agent of illusionism.
While his earlier works conveyed a feeling of floating objects as part of a bigger whole through airbrushed strokes and isolated symbols on the canvas surface, the recent paintings of Yorgos Stamkopoulos embrace a different type of landscape. Dense with motion - that occurs from the technique used by the artist - the artworks swarm with gestures that range from wispy to bold. They wrest from elements that are being added and then removed a sense of coincident. The artworks depart from utilizing vivid coloration, have a more restricted palette, diversified between red and blue and they could be efficiently characterized as a way of reinventing landscape. They evoke in a way the natural environment. His abstract pictures glow with the same shimmering light that can be found in the Greek countryside. The swerves and switchbacks of his stacked bands can be quickly observed as parallel lines of waves approaching a beach, swelling and breaking as they near the shore or as the wind that passes by a plateau. The emotional expression of the artist is throughout discernible.

Robert Roseblum coined the term abstract sublime to describe the way that the paintings can call to mind a sense of the immensity and power of nature comparable to that found in the landscapes of painters of former artistic movementes such as Romanticism.2 As Pepe Karmel wrote: „While the sublime may  be out of fashion, references to the natural landscape persist in contemporary abstraction.“.3