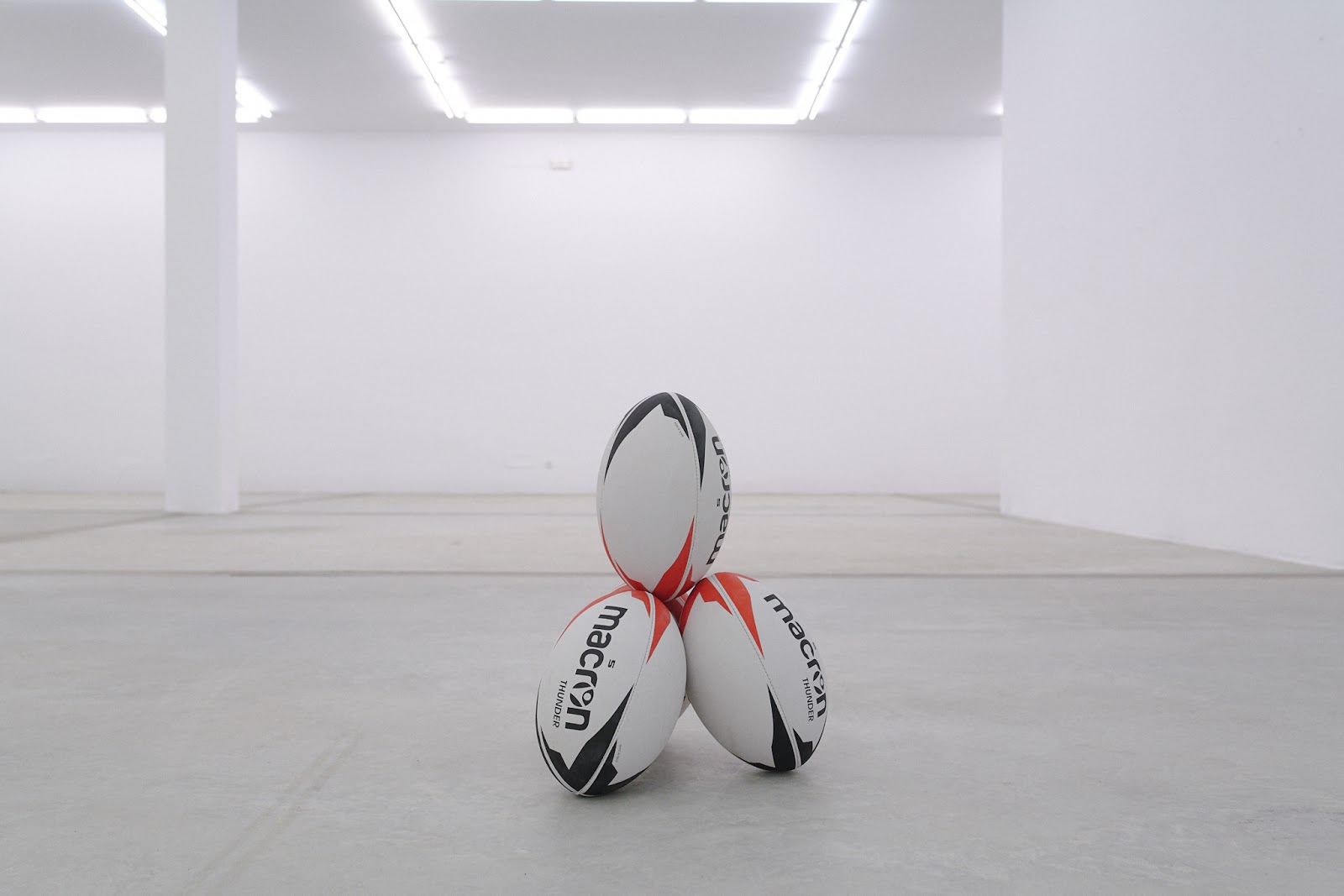 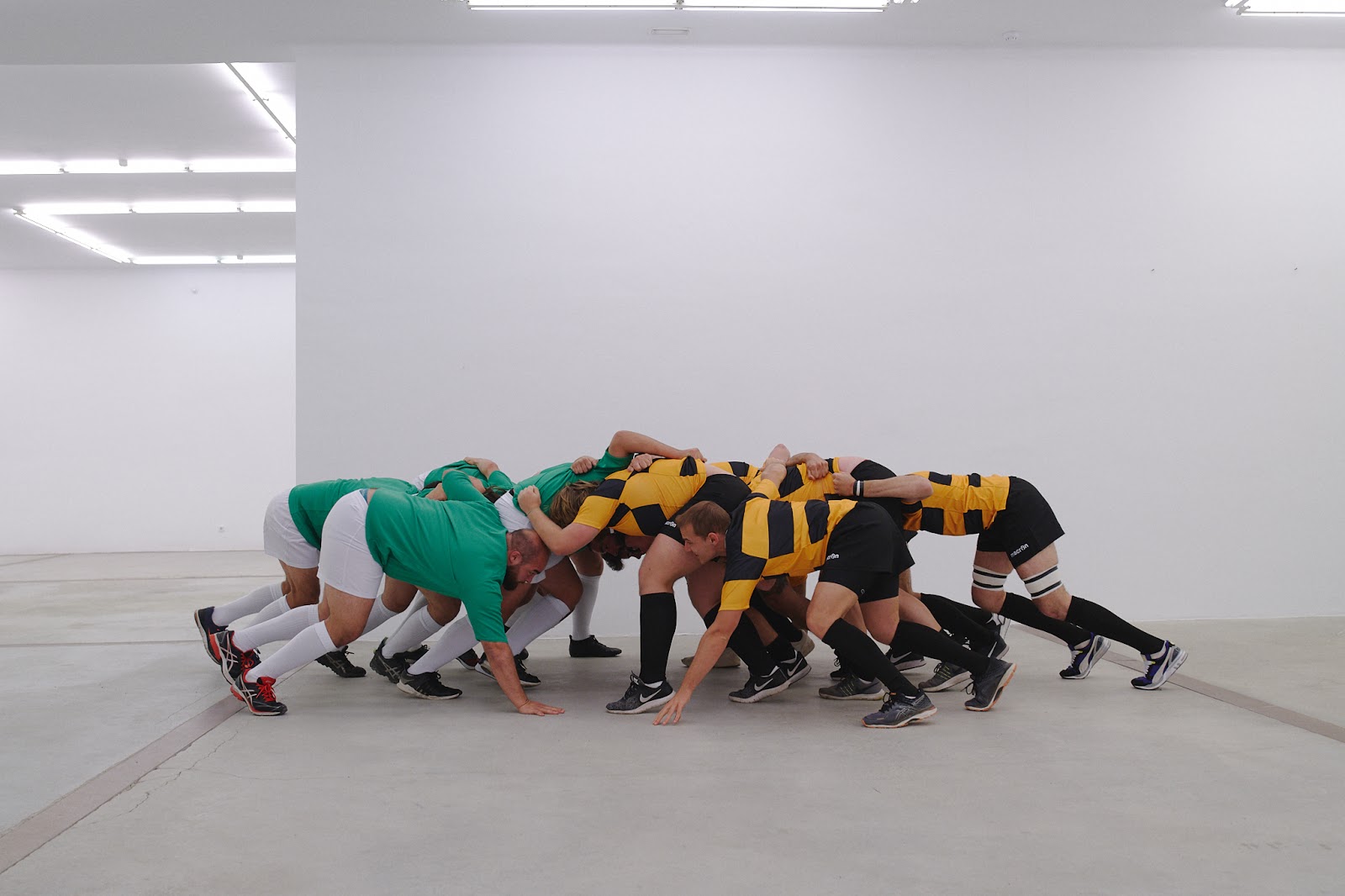 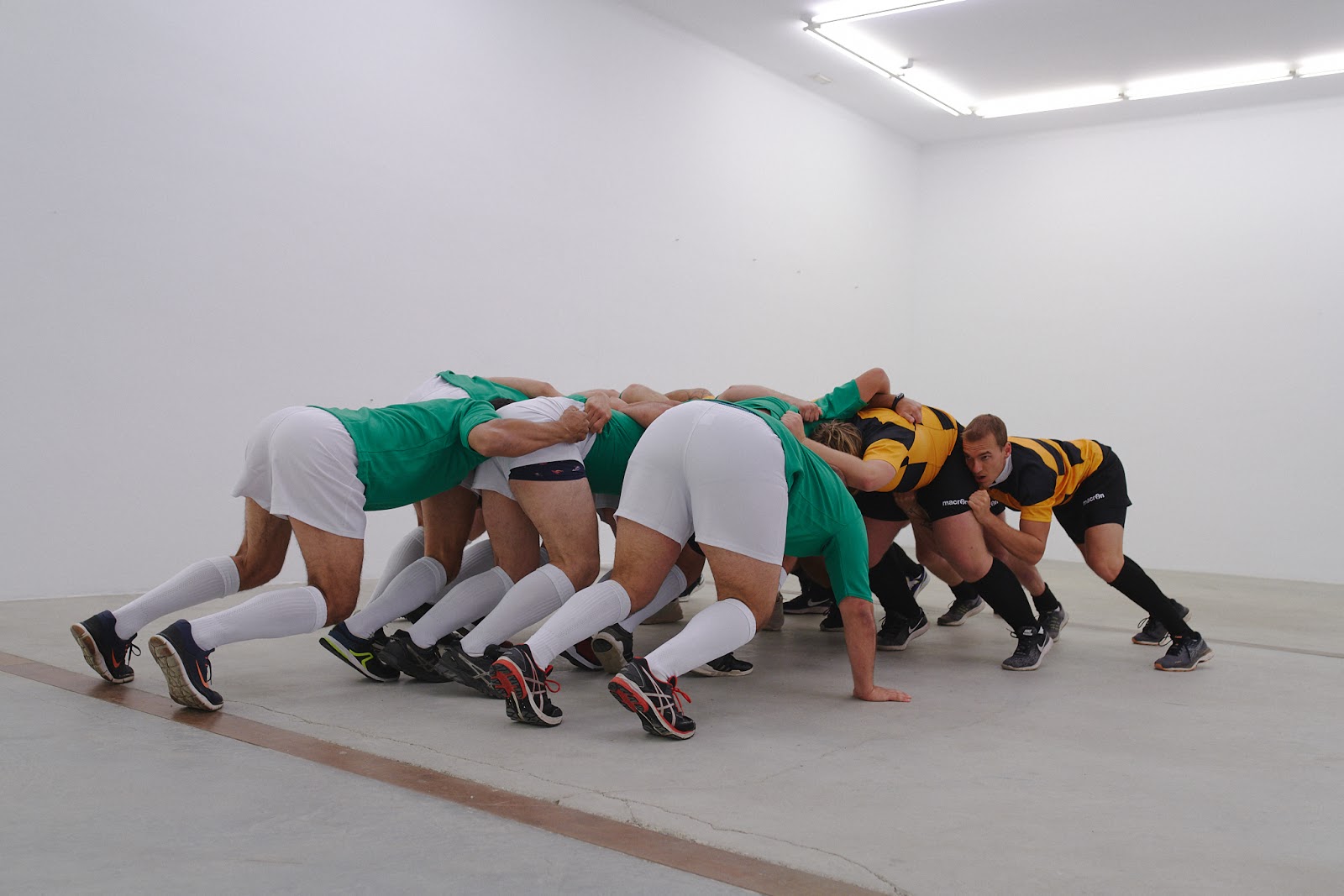 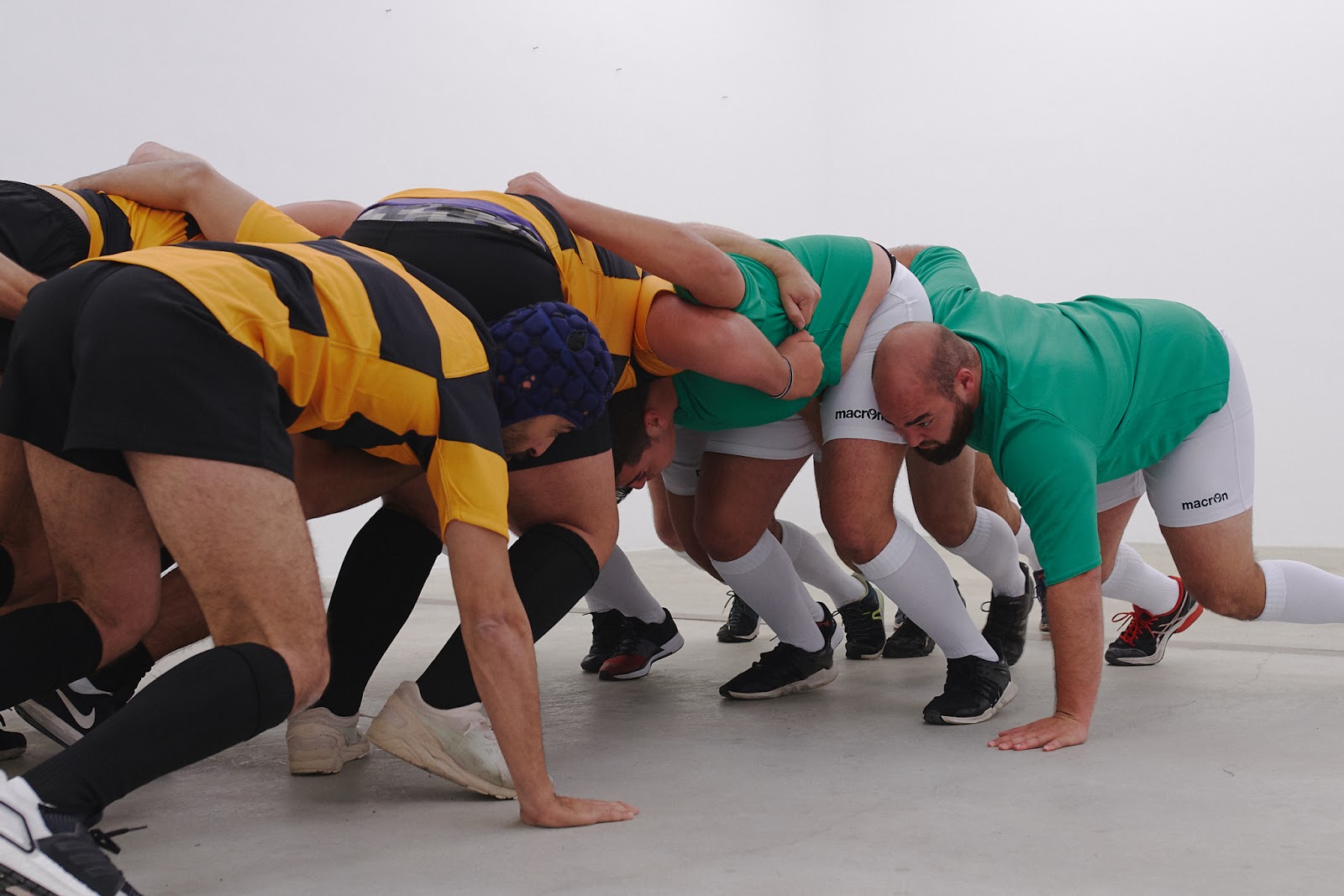 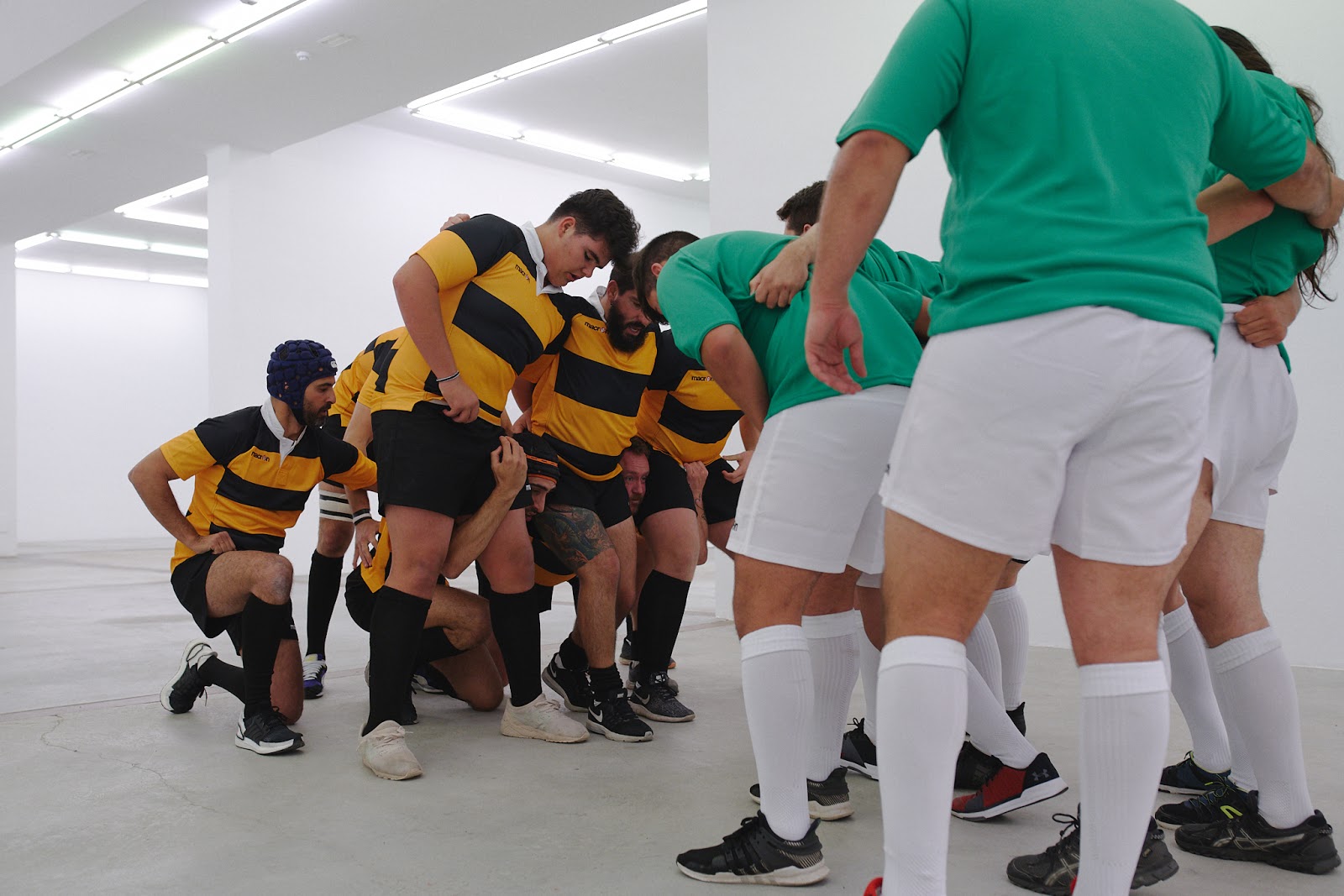 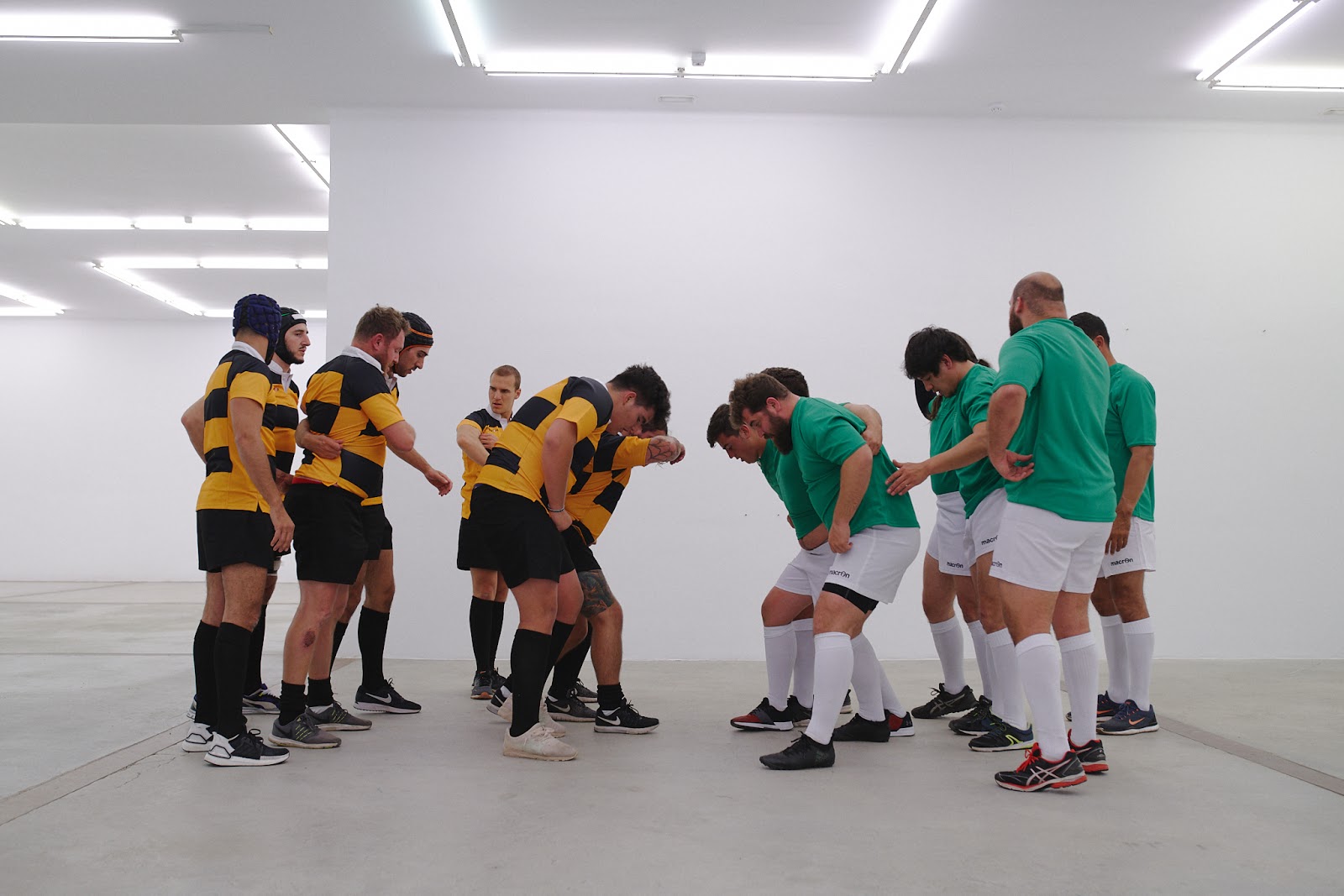 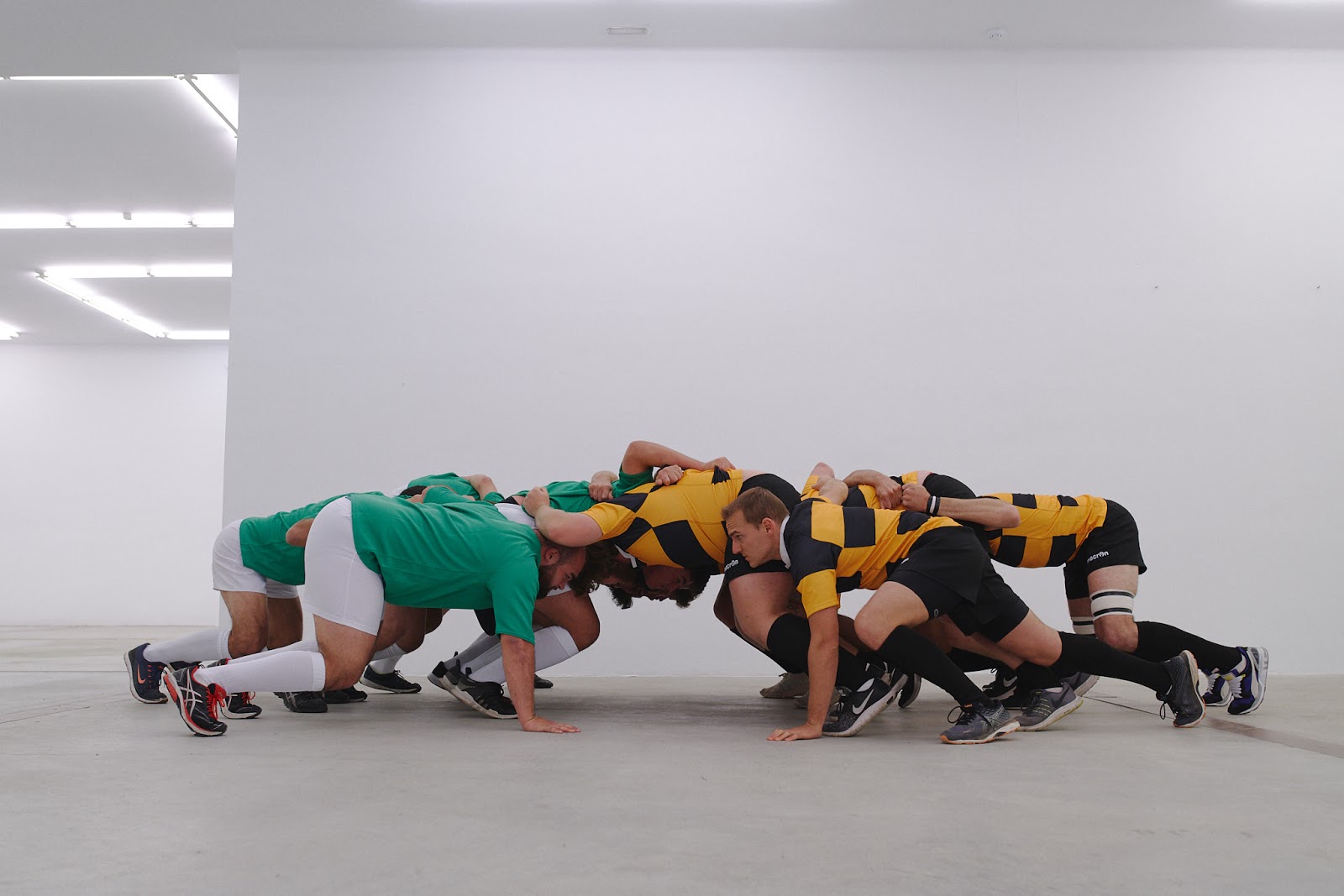 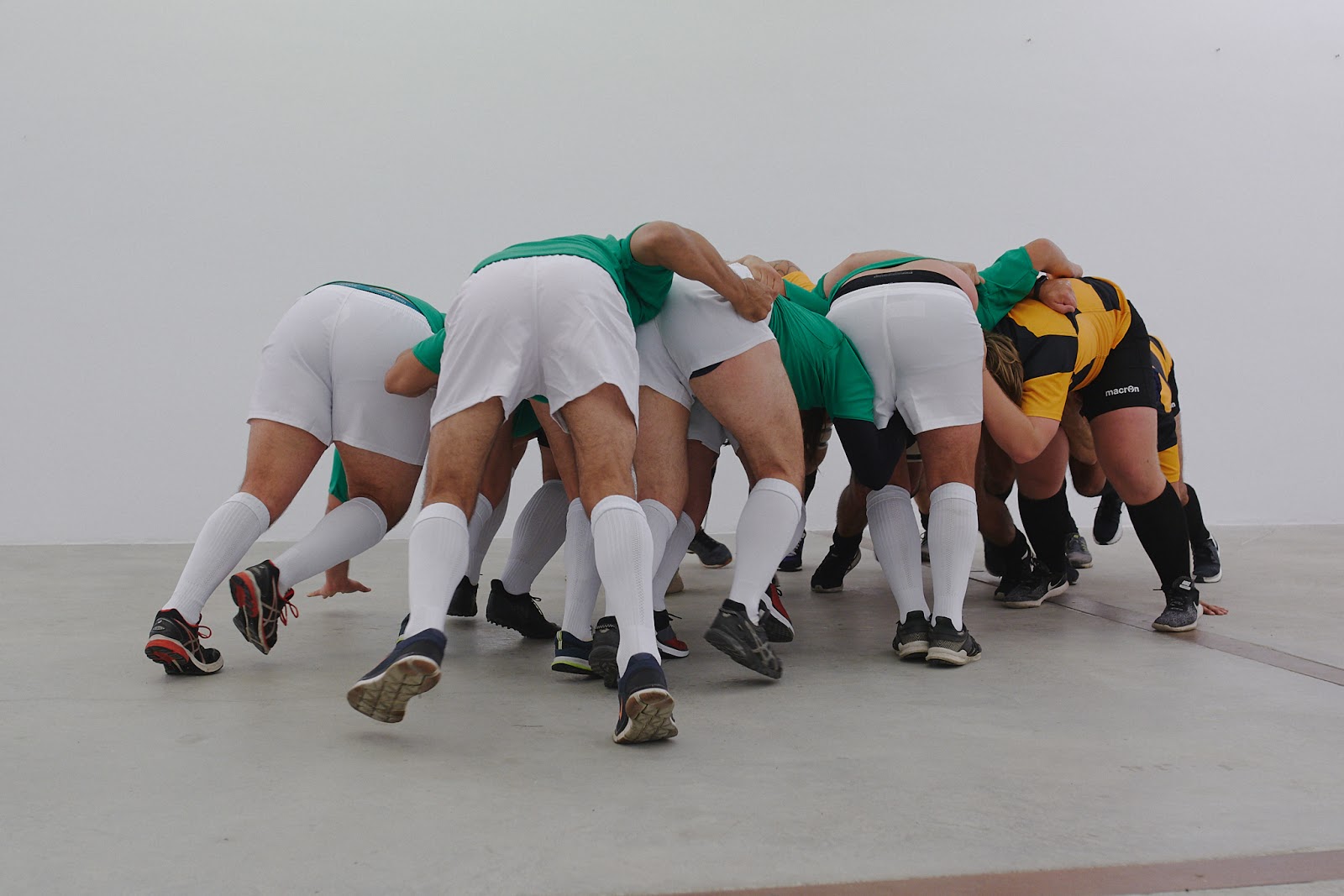 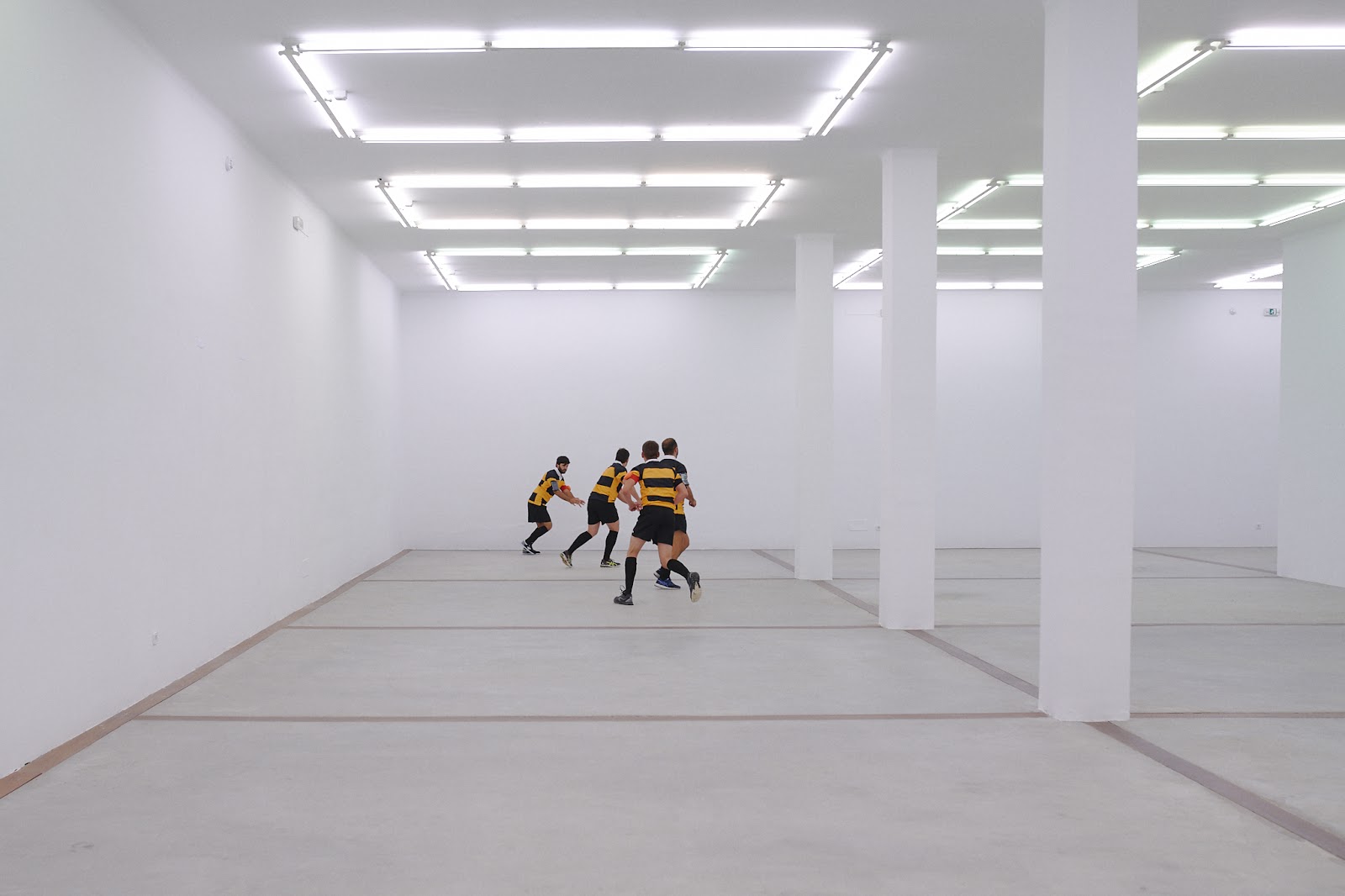 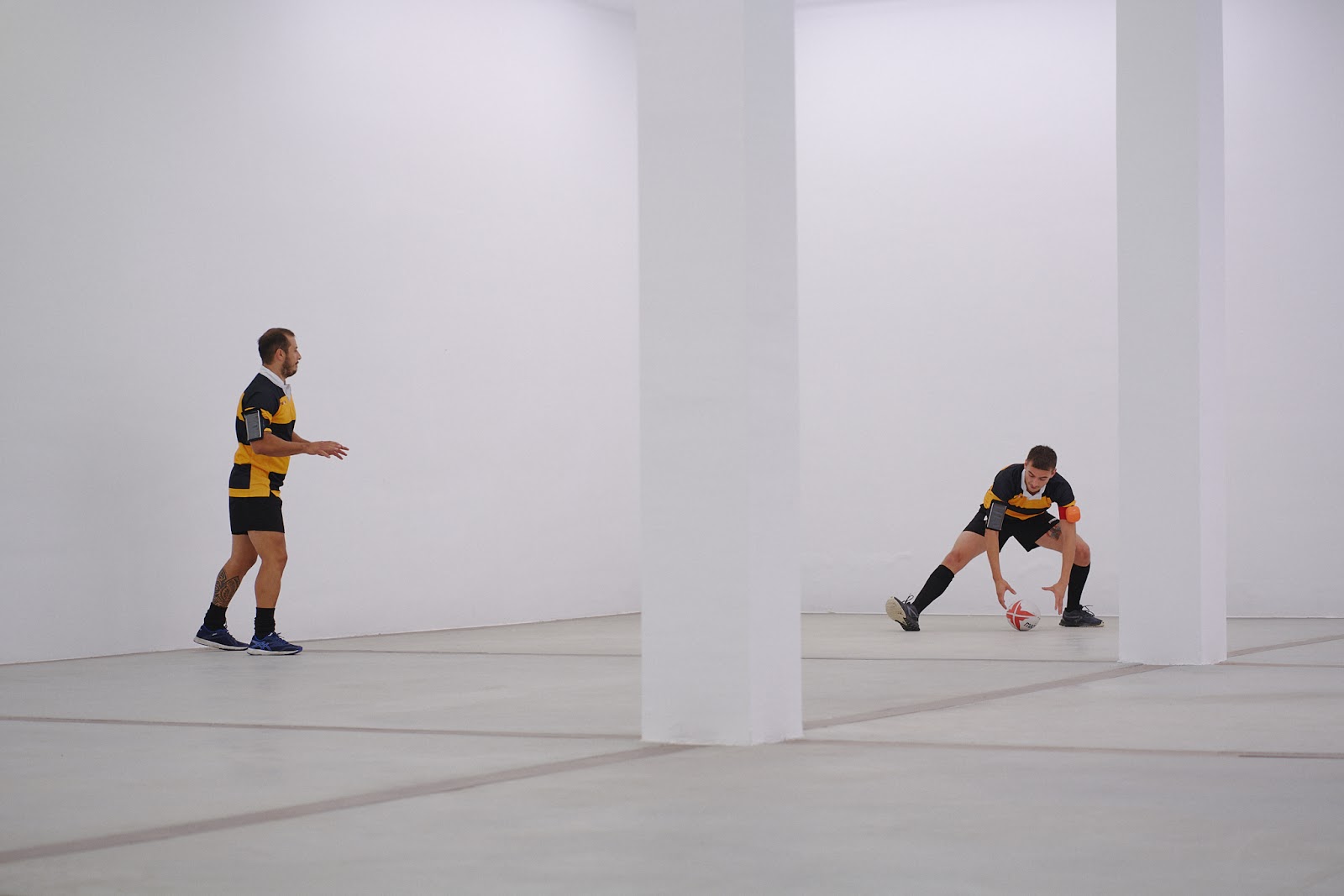 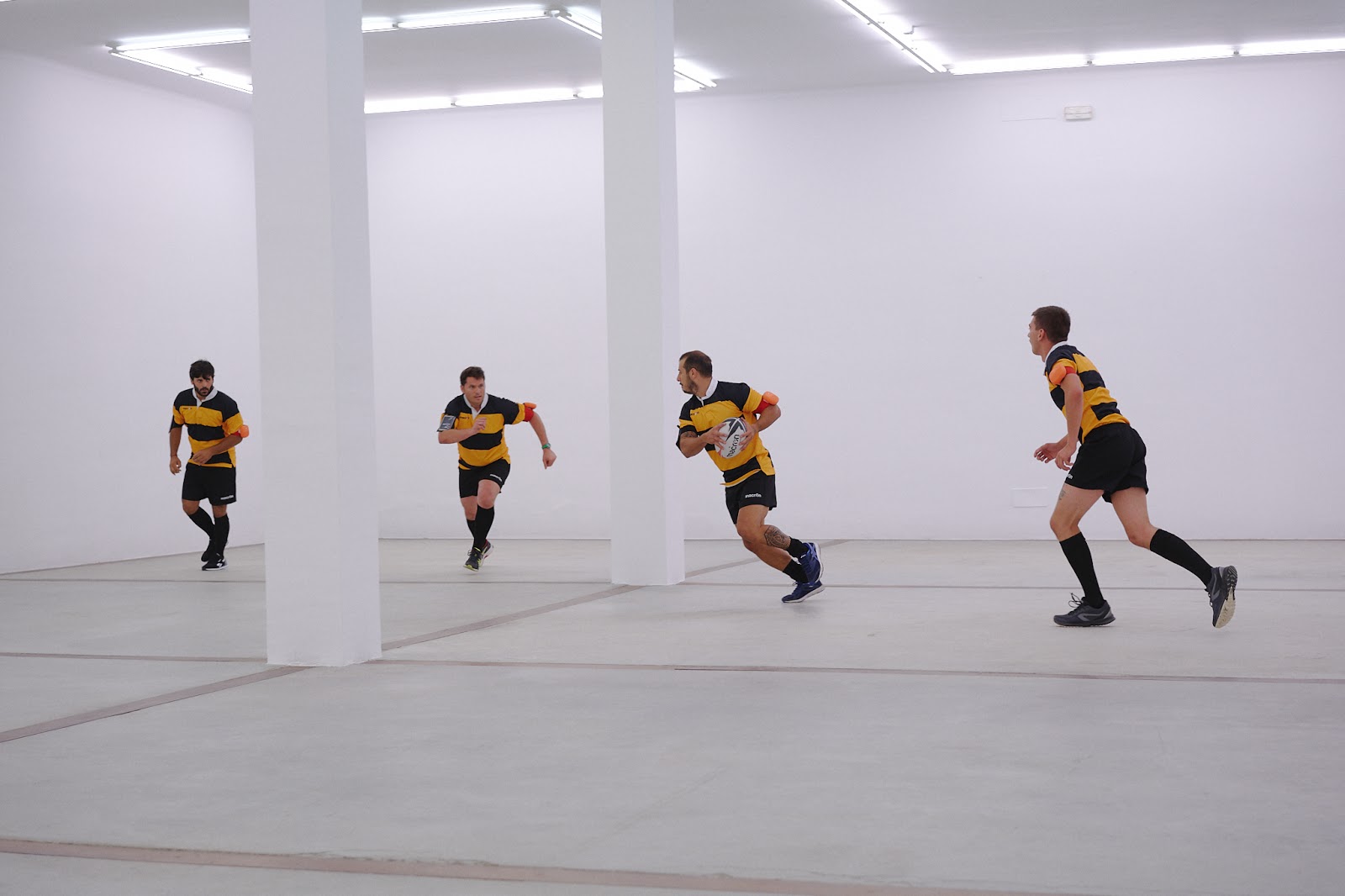 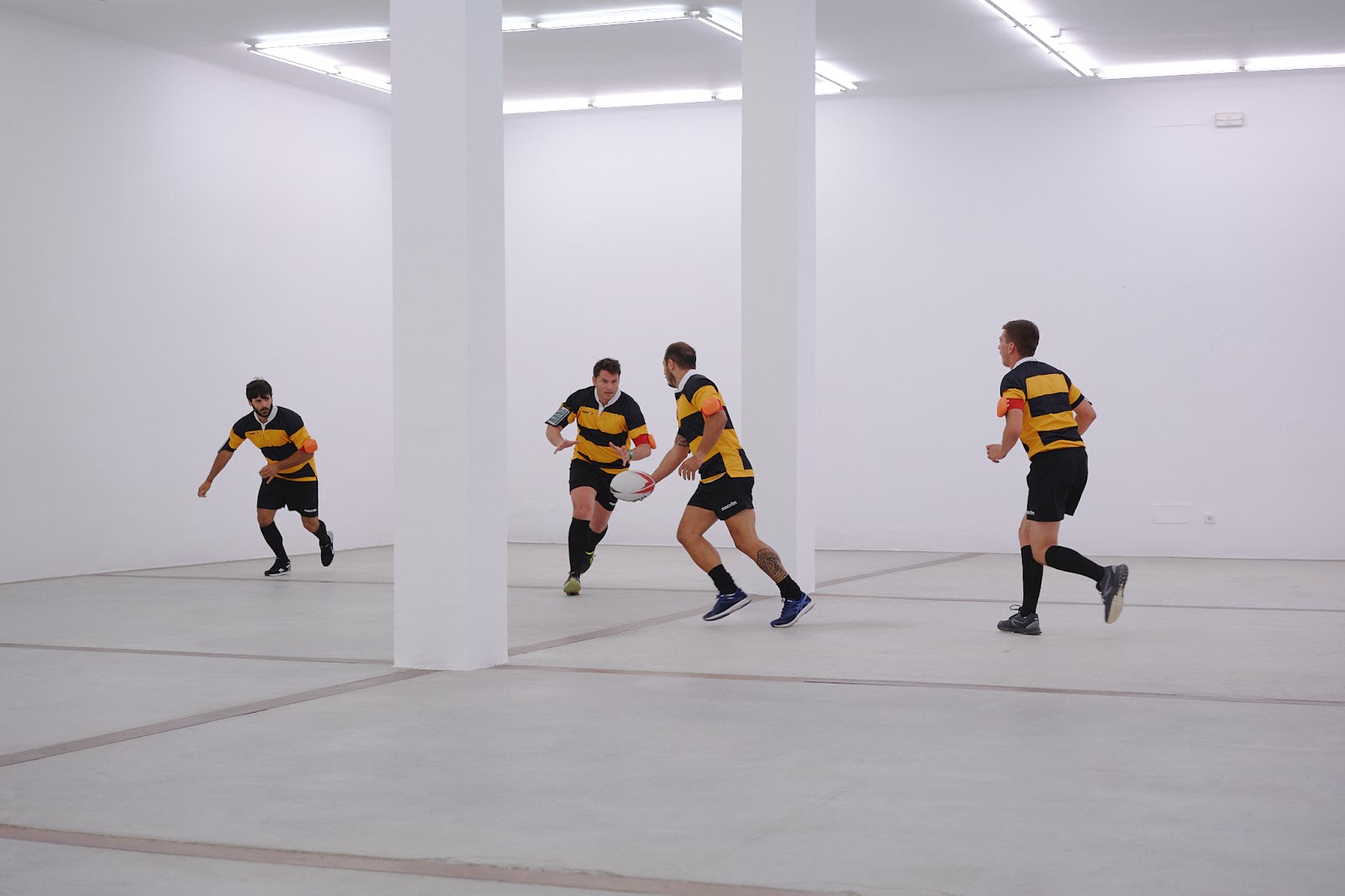 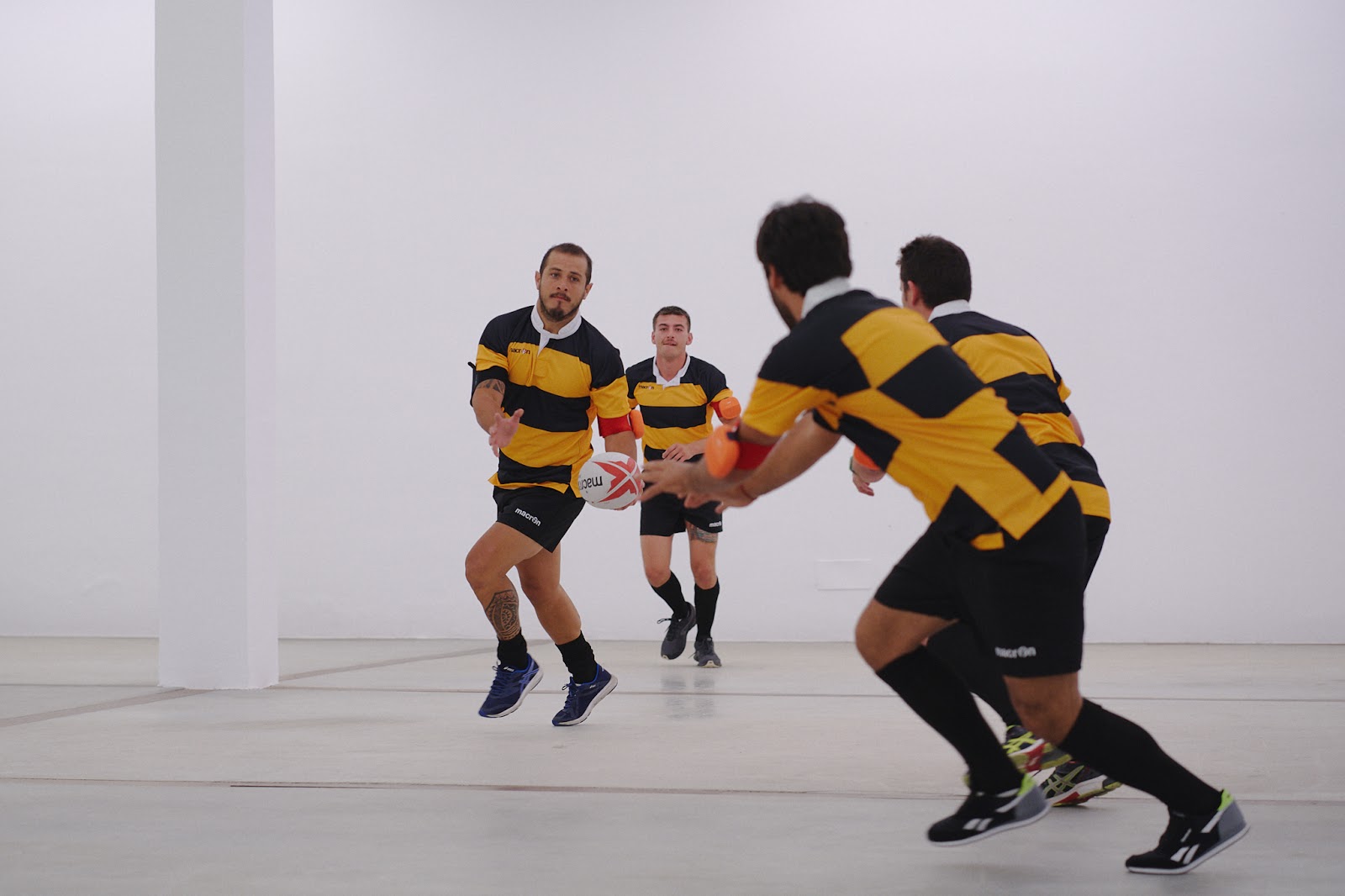 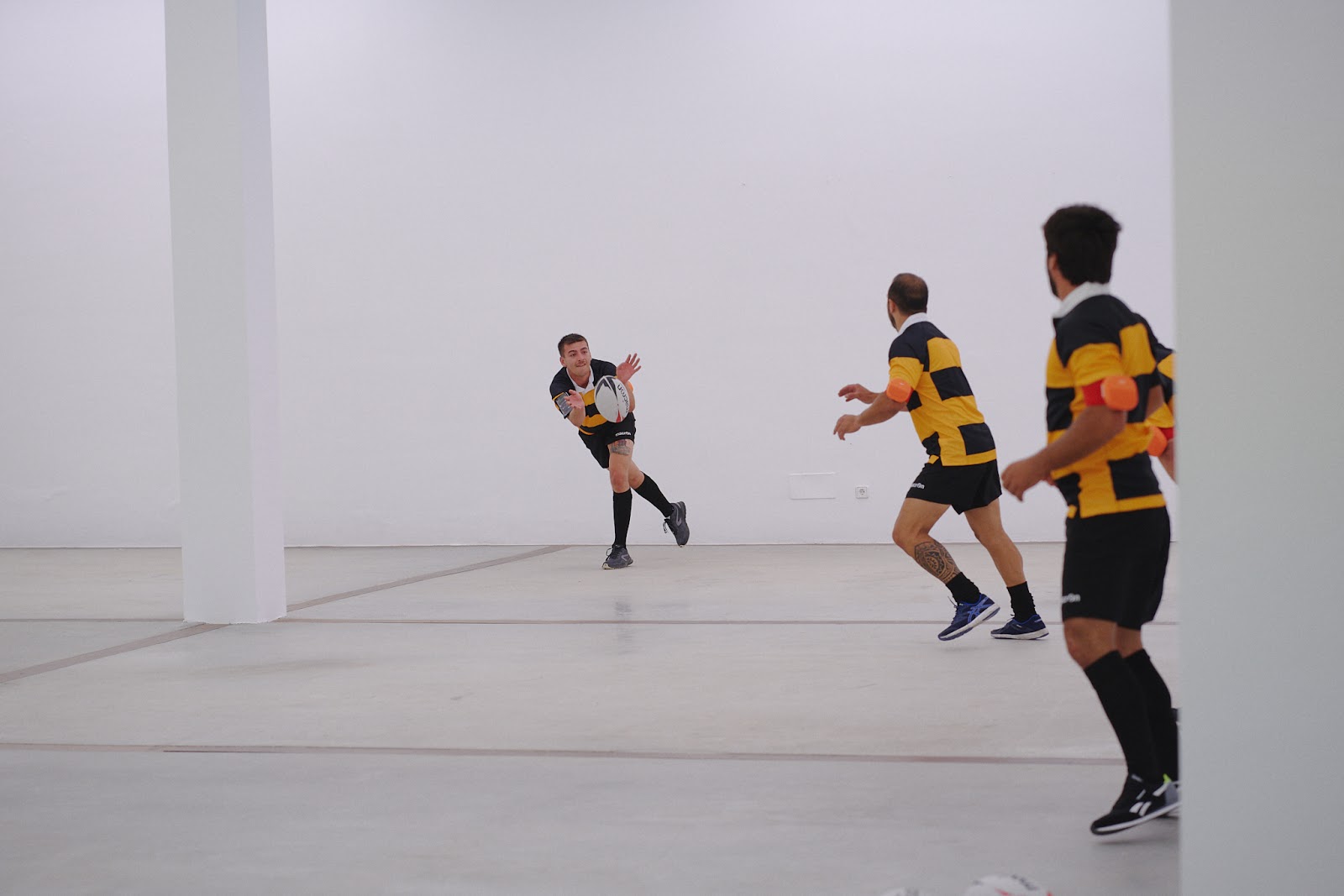 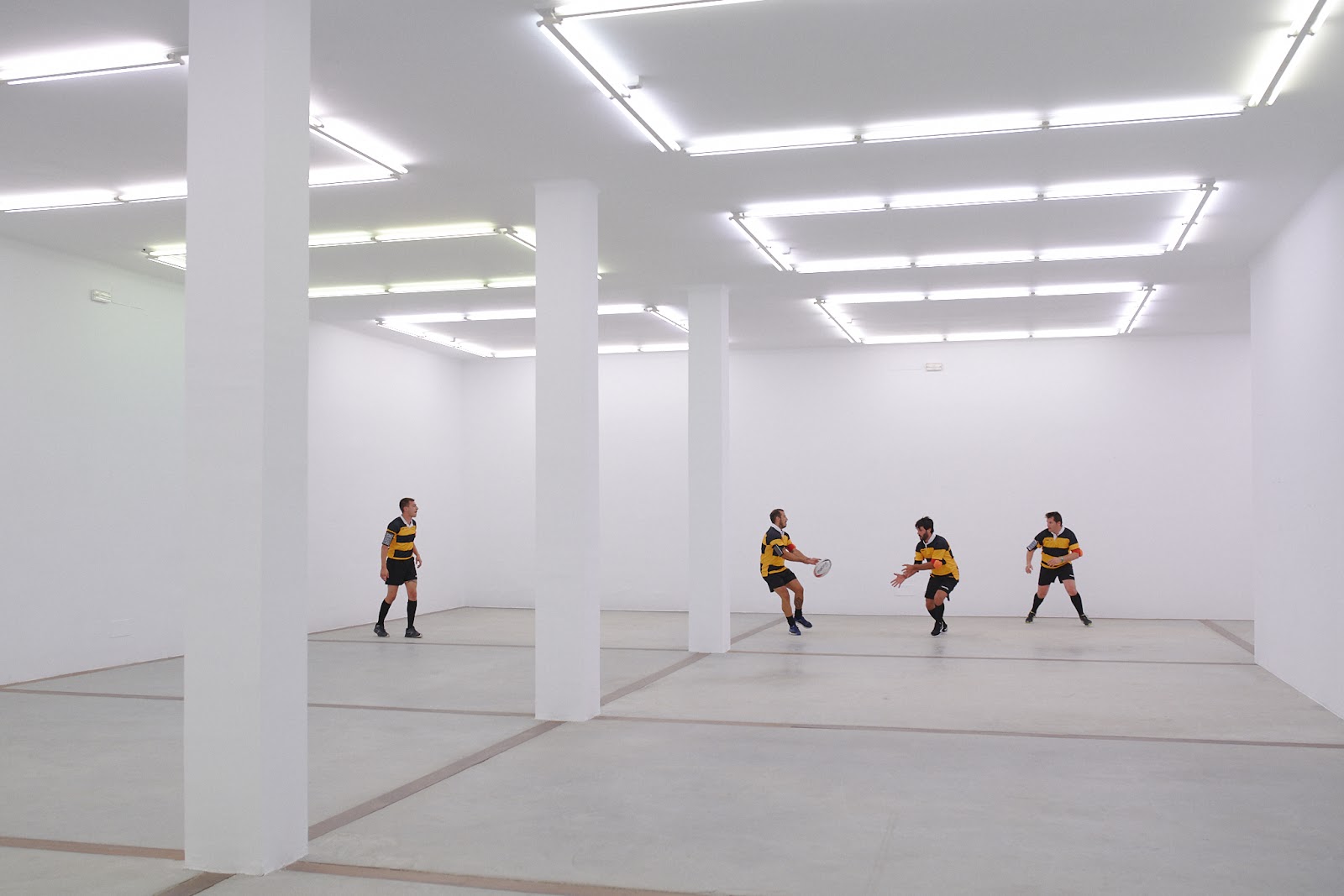 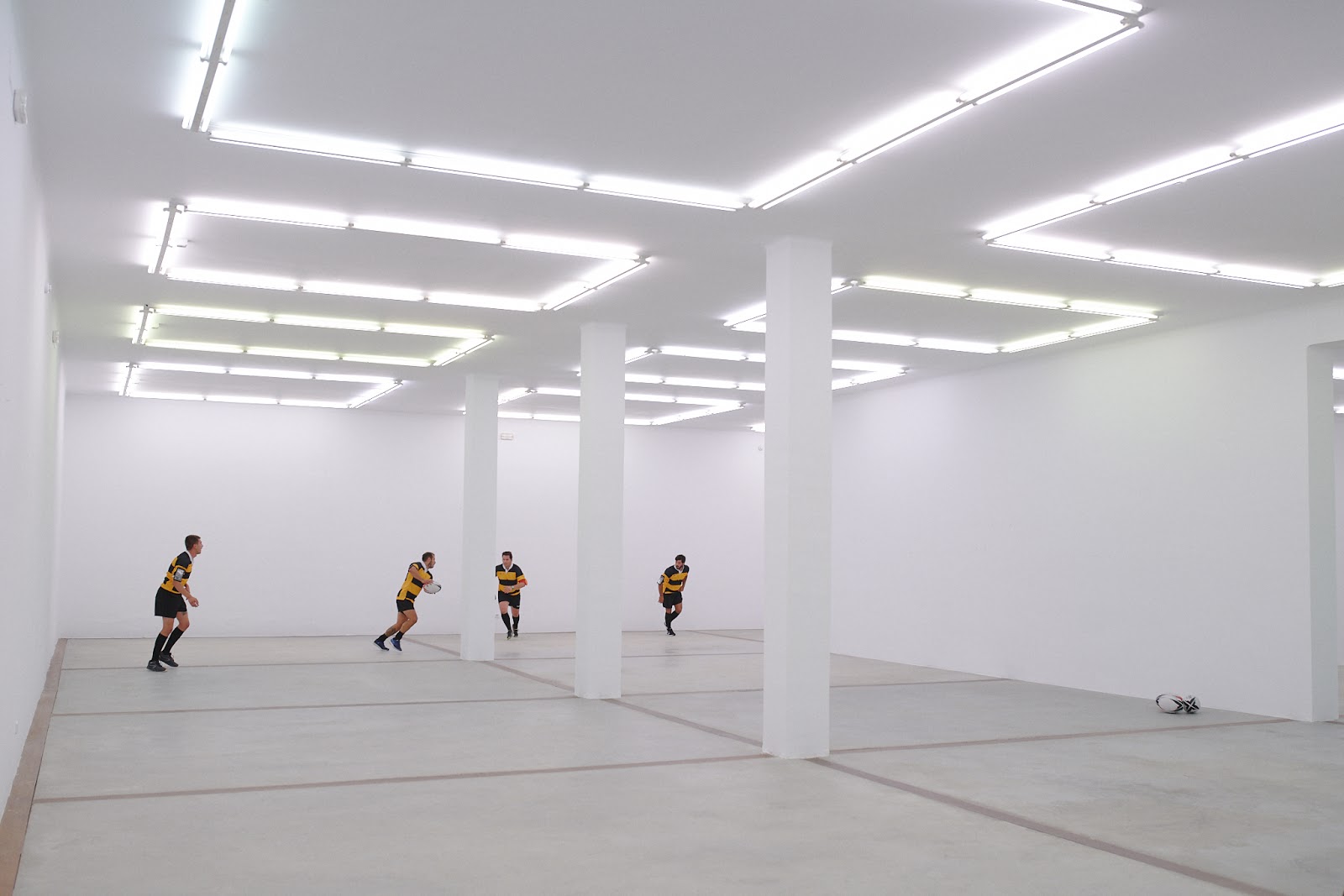 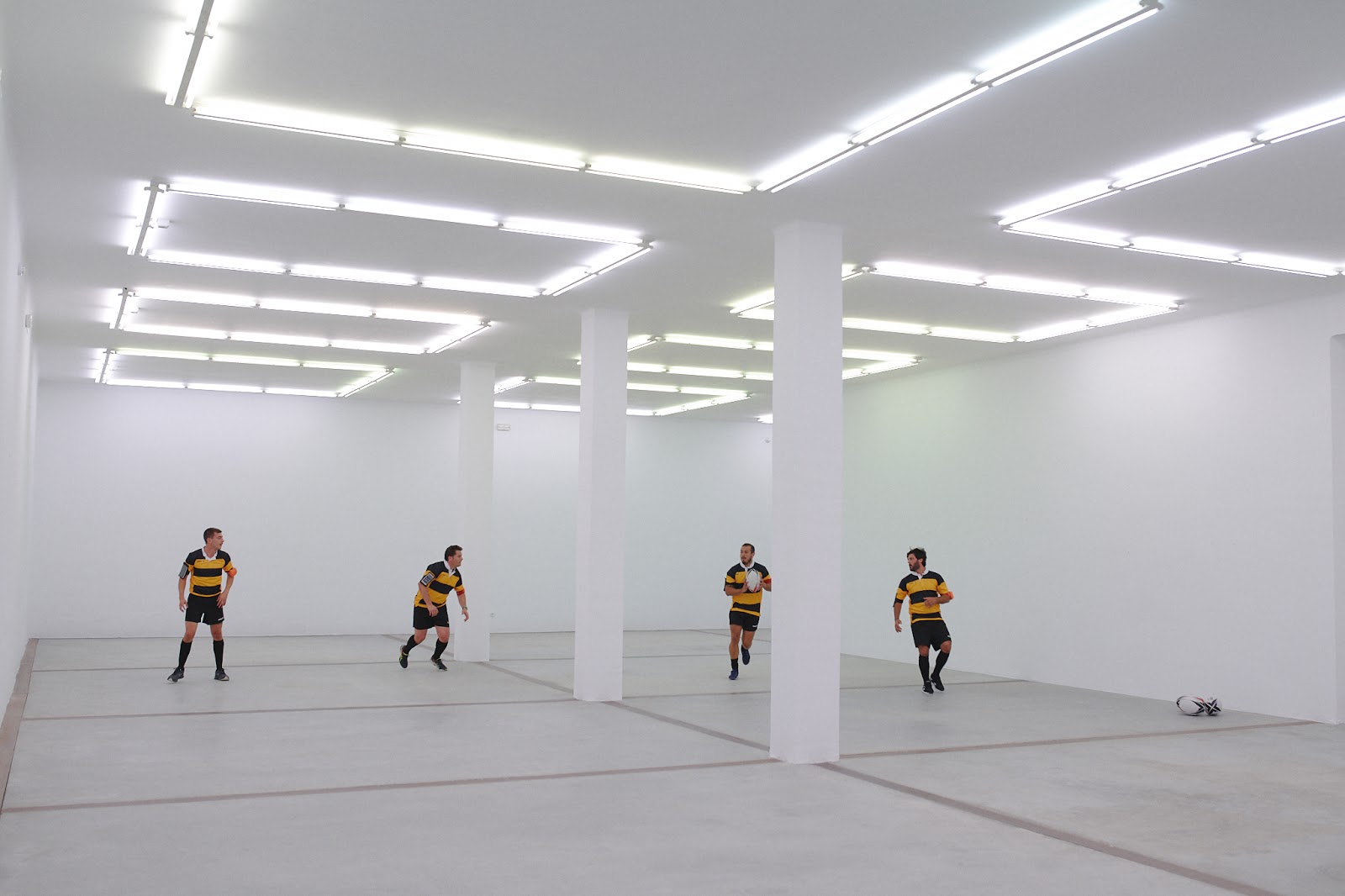 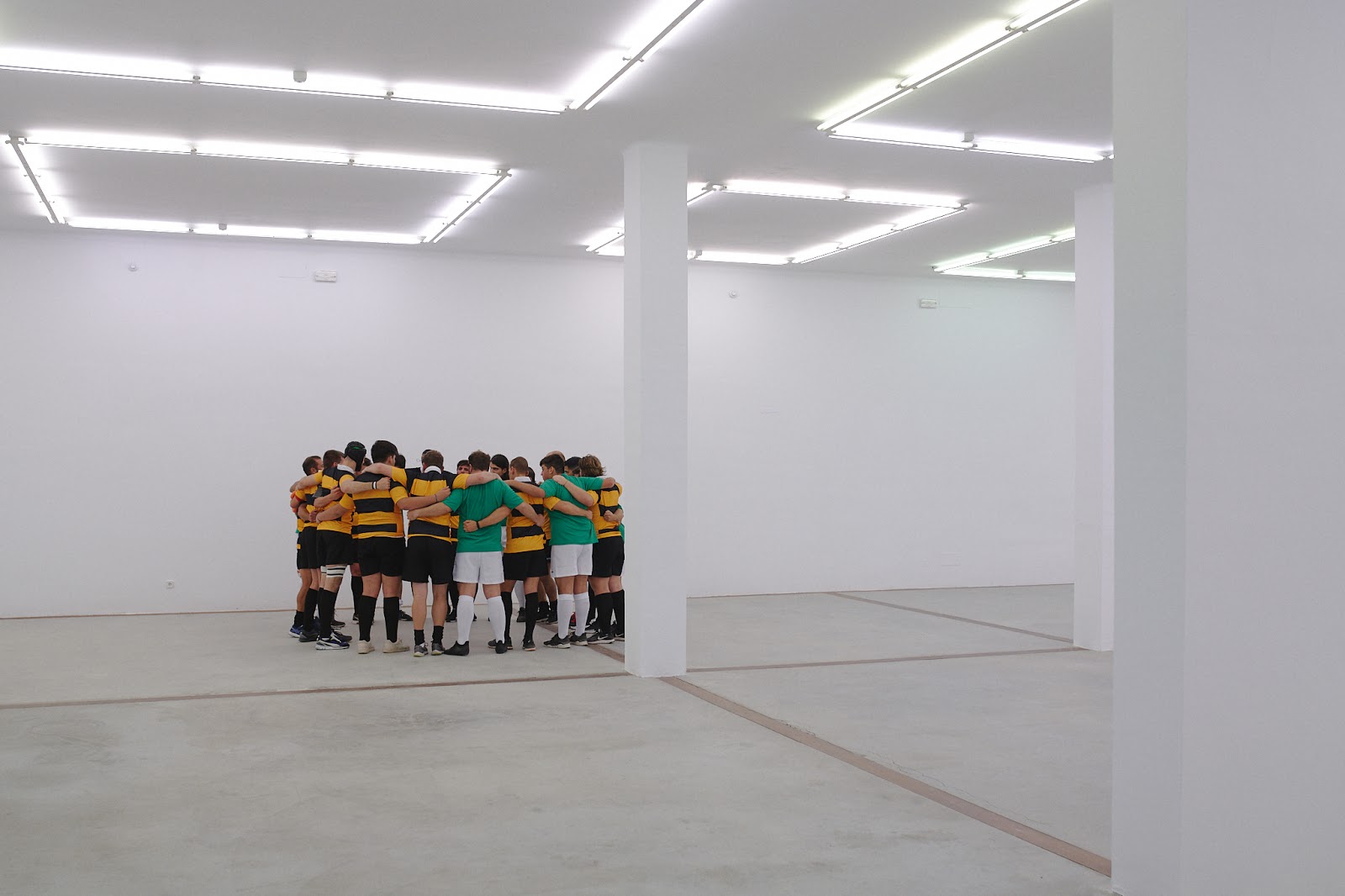 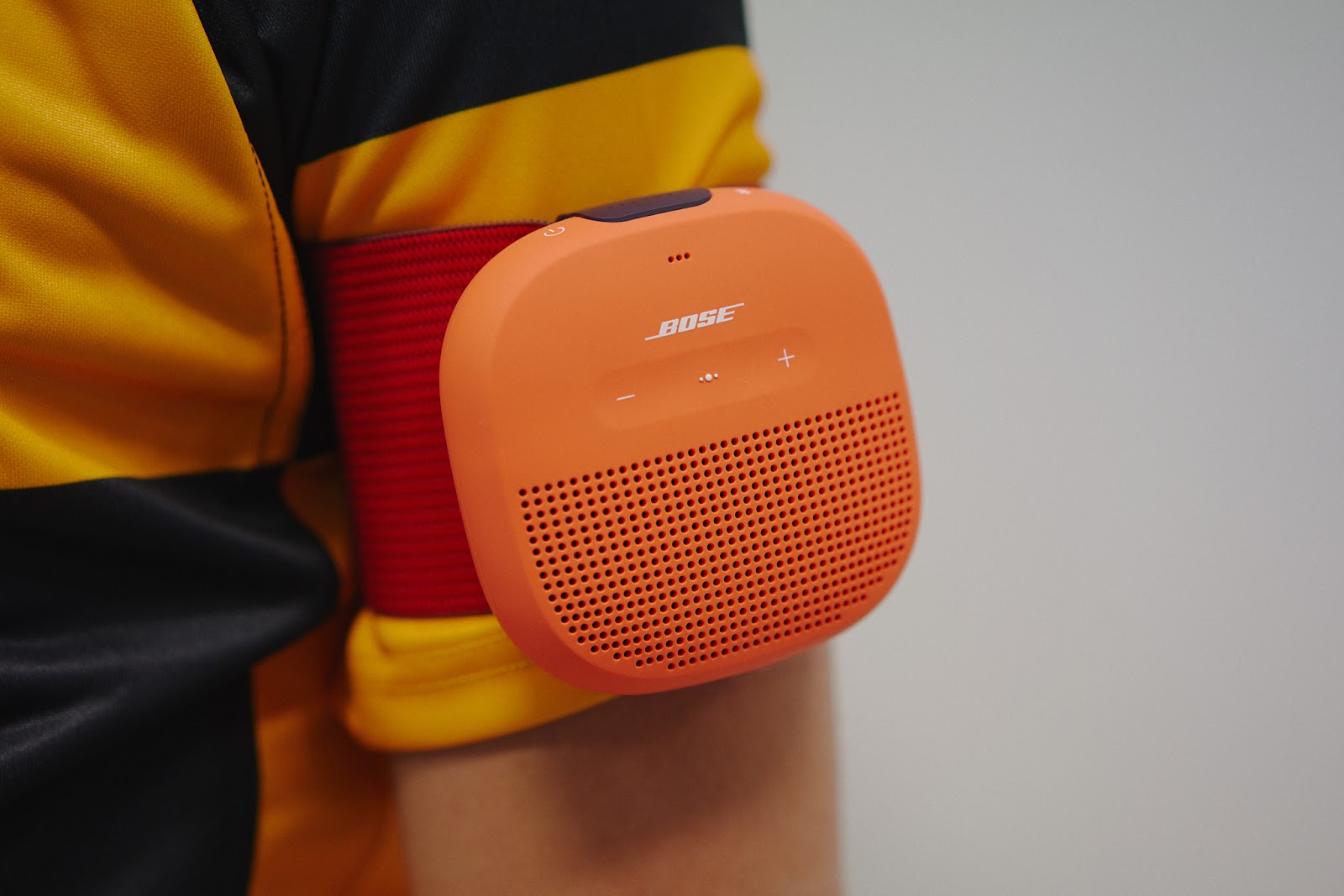 Crouch, Bind, Set is a performance by the artist Filippo Marzocchi that re-contextualizes the game of rugby within an exhibition space. Through the use of game tactics, the artist creates a spatialized sound installation by employing 24 professional rugby players to carry speakers as they enact a choreographed interpretation of the sport. The performance, curated by Giovanni Rendina, is hosted by CCA Andratx, an international contemporary art center based in Mallorca.

Rugby is intended by the artist as a playful re-enactment of war. Indeed, the aim of this sport is to dominate and gain ground through physical strength. In the same way, the work reflects on aspects of machismo often found in artistic practice and how the artist uses the exhibition spaces to affirm his personality.

Crouch, Bind, Set is a continuation of a performance practice that Marzocchi has been exploring for several years in which the artist involves groups of people. These groups of people are often a part of small communities as in this case, a rugby team. Depending on the occasion, the dynamics of the community in question are used, subverted or declined by the artist in different ways in order to effect the observer through the production of sound and movement.

The sound is designed by the composer Daniele Guerrini.

Crouch, Bind, Set is made with the support of the program MOVIN’UP SPETTACOLO - PERFORMING ARTS 2018/2019 MOVIN’UP SPETTACOLO – PERFORMING ARTS 2018/2019 promoted by Ministry of Cultural Heritage and Activities (MiBAC) - General Directorate for Performing Arts and Association for the Circuit of the Young Italian Artists (GAI) together with Association Young Italian Artists of Emilia-Romagna (GA/ER)

The performance is supported by MACRON and Galeria Fran Reus

A special acknowledge to
Assosport