A residency program and exhibition curated by NEVVEN and hosted by Cascina Gilli (Castelnuovo Don Bosco, Italy)
With a text by Domenico de Chirico 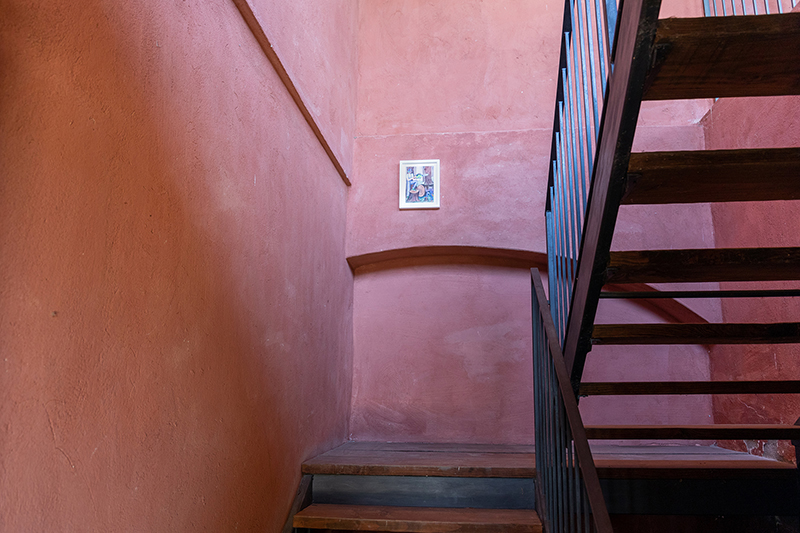 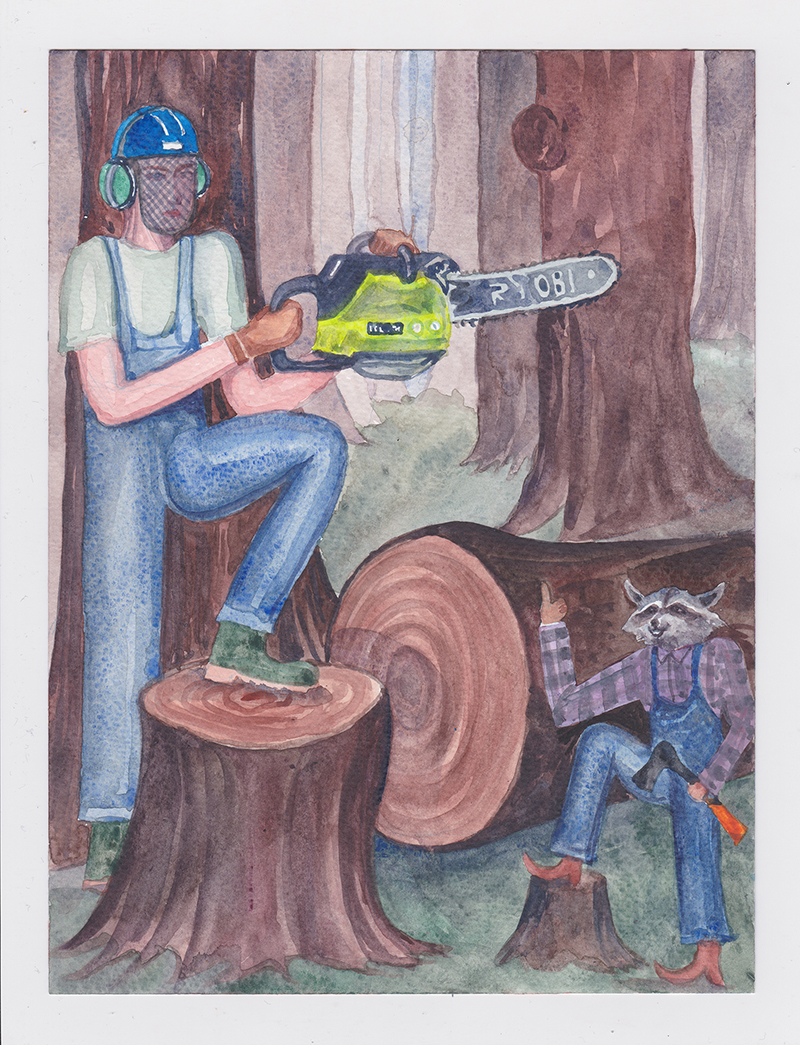 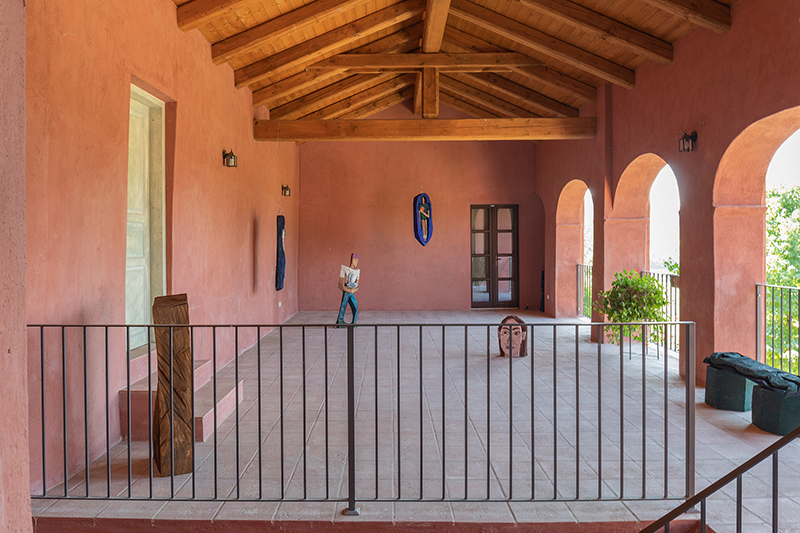 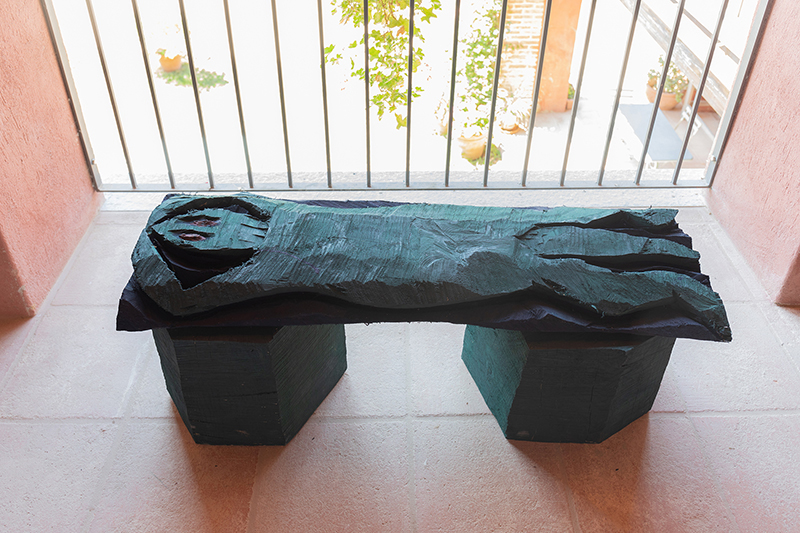 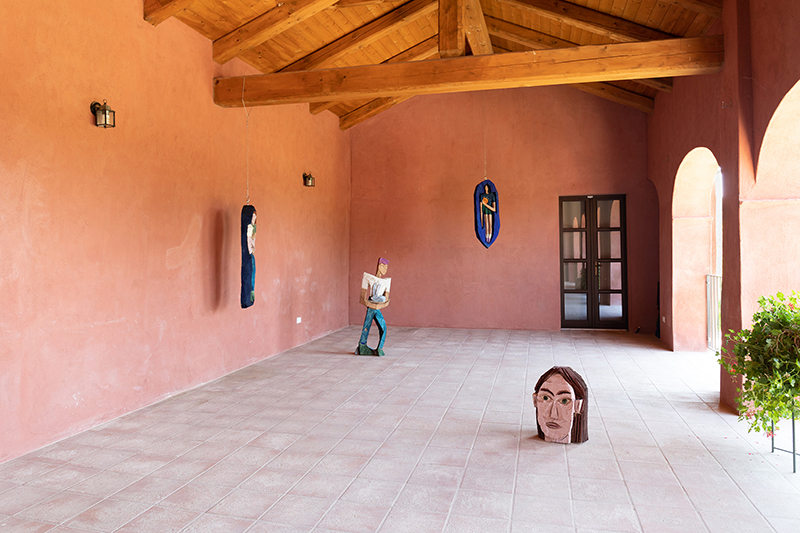 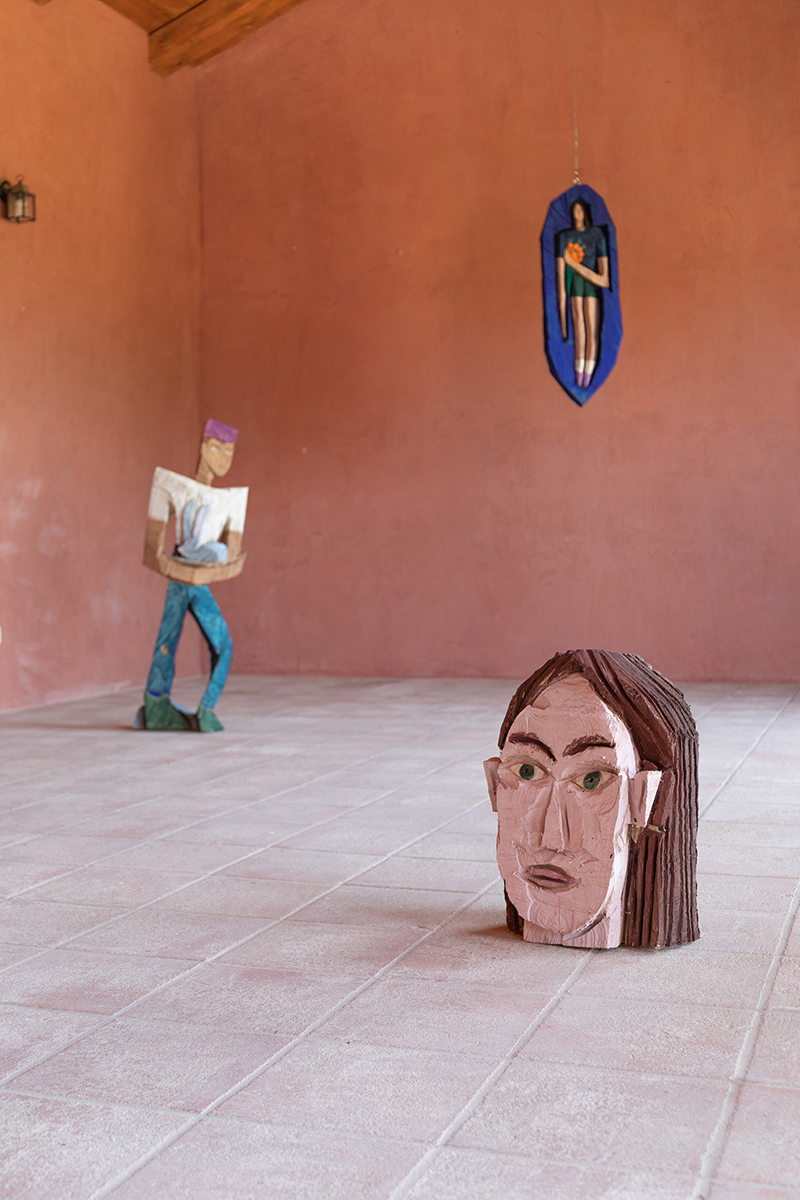 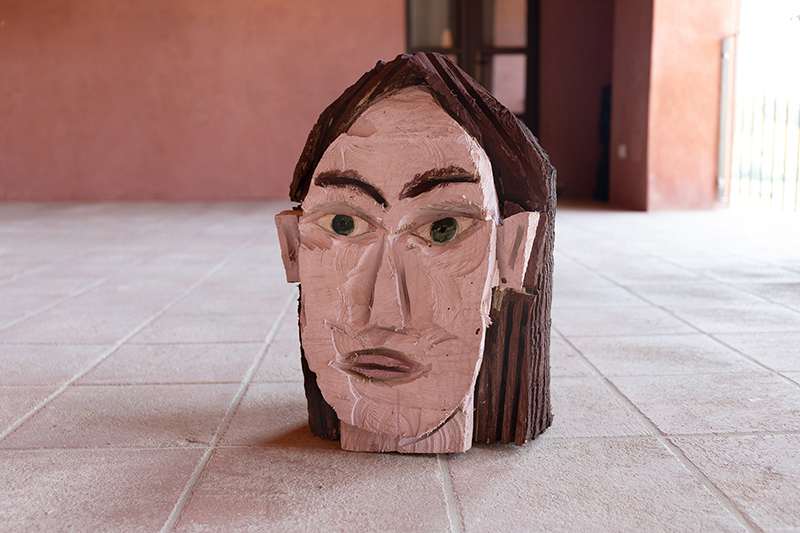 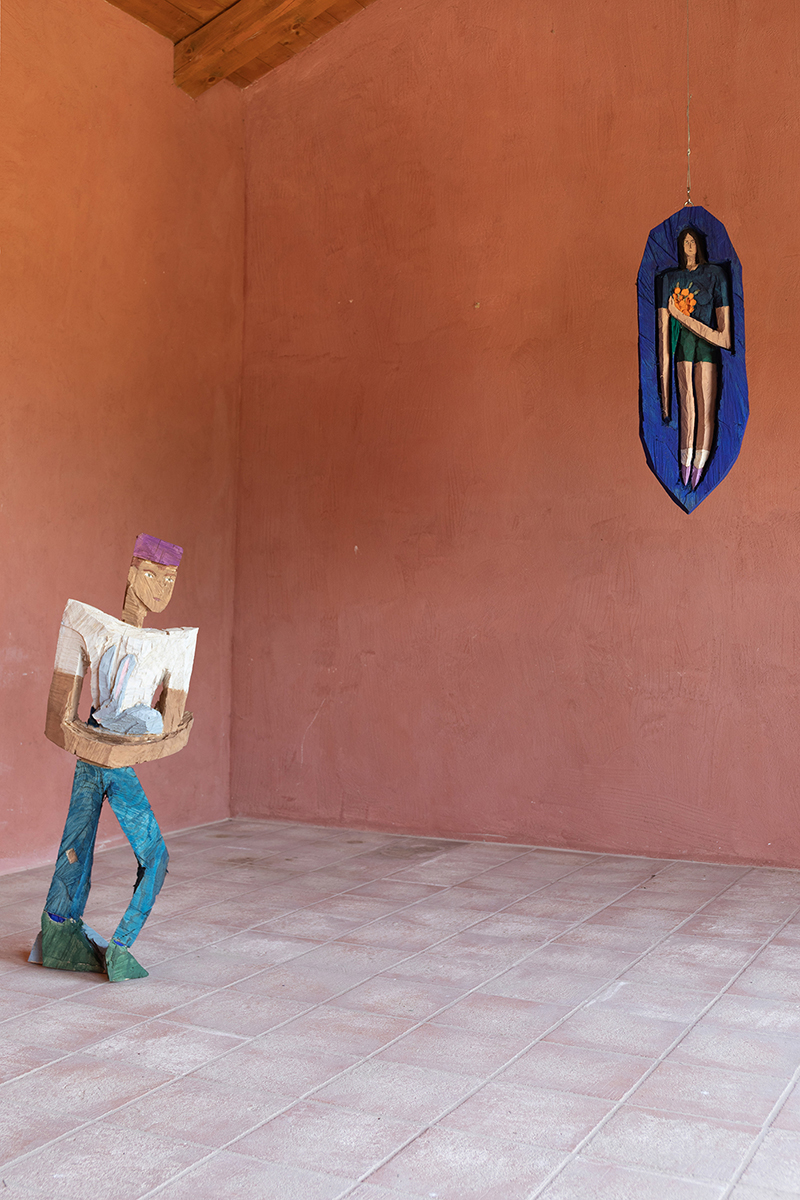 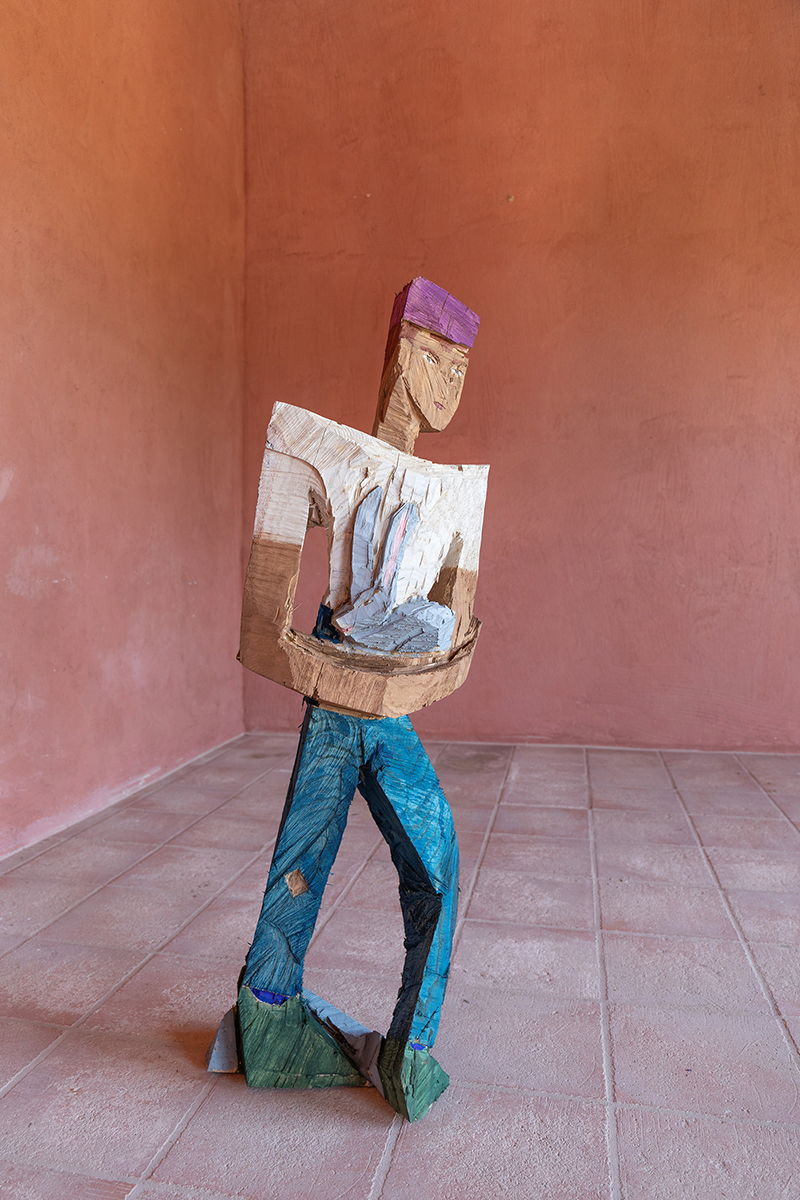 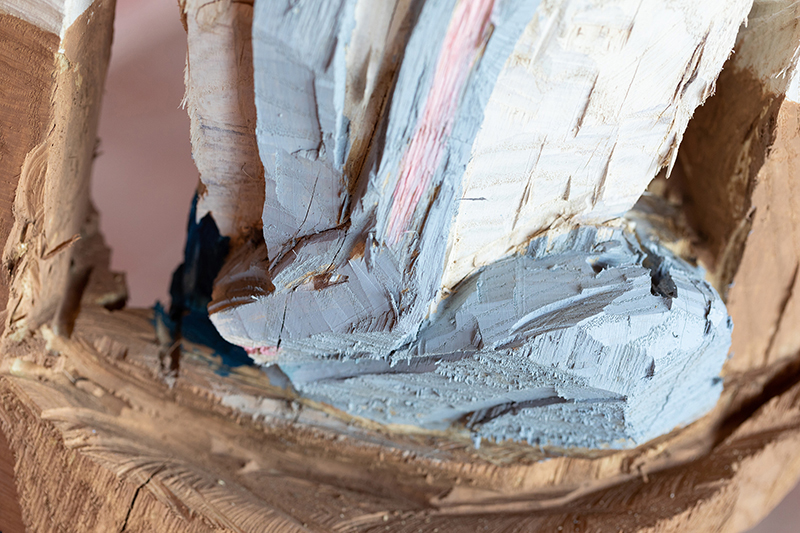 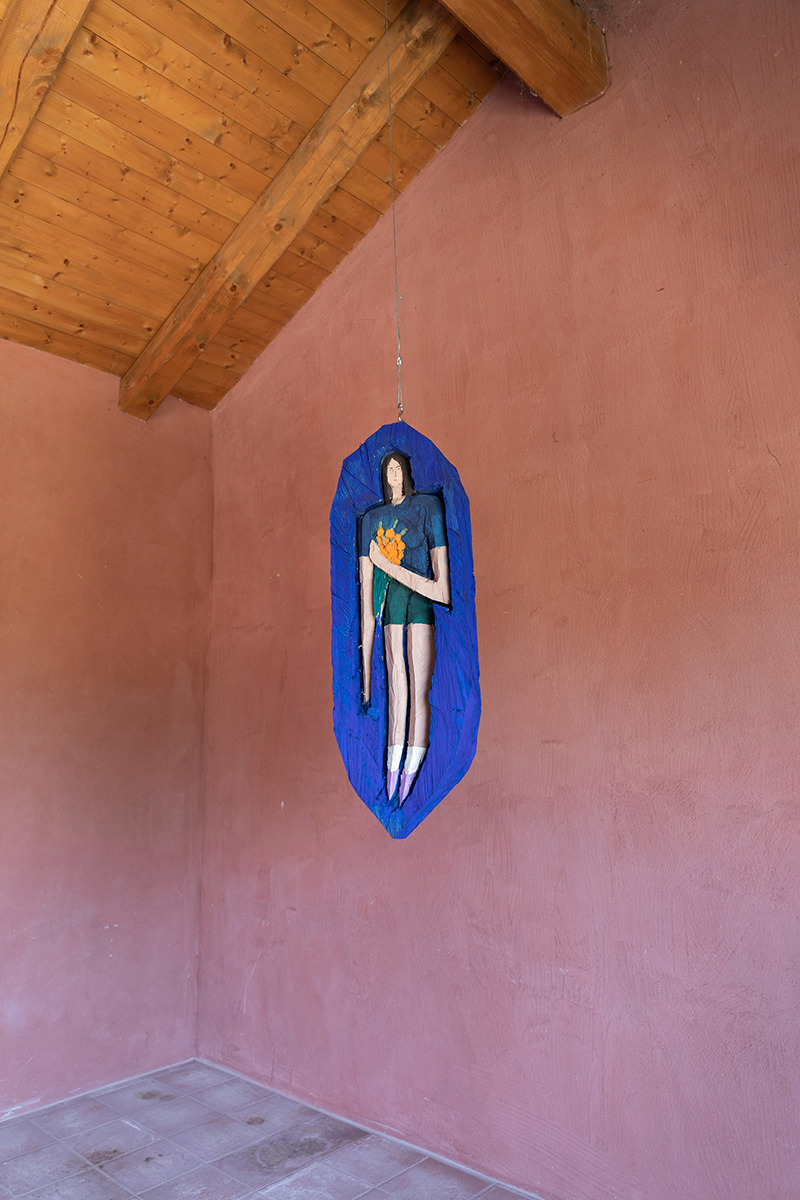 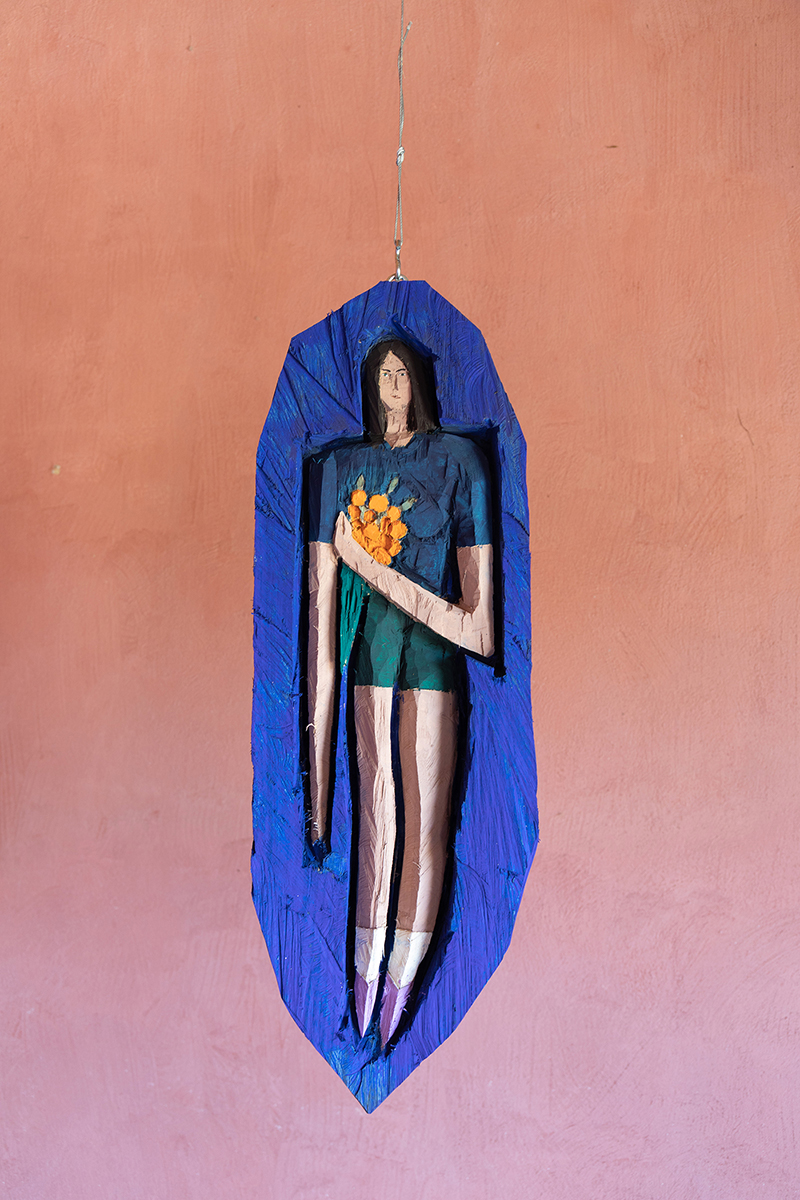 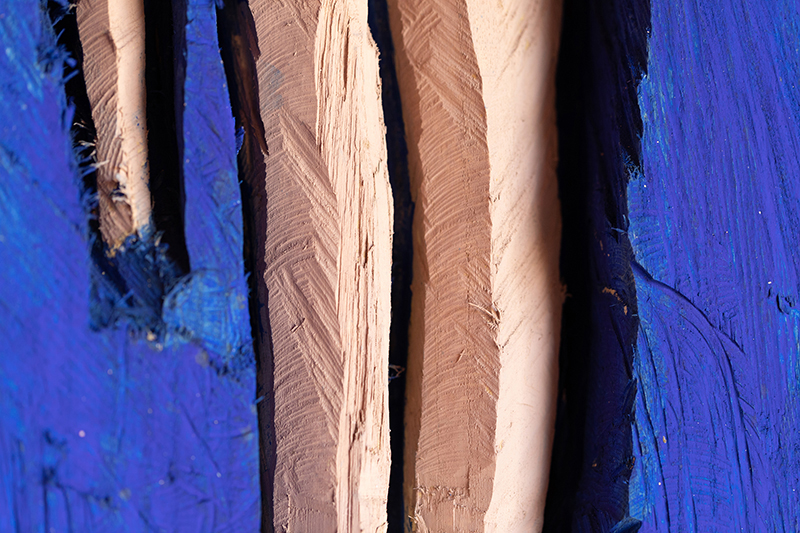 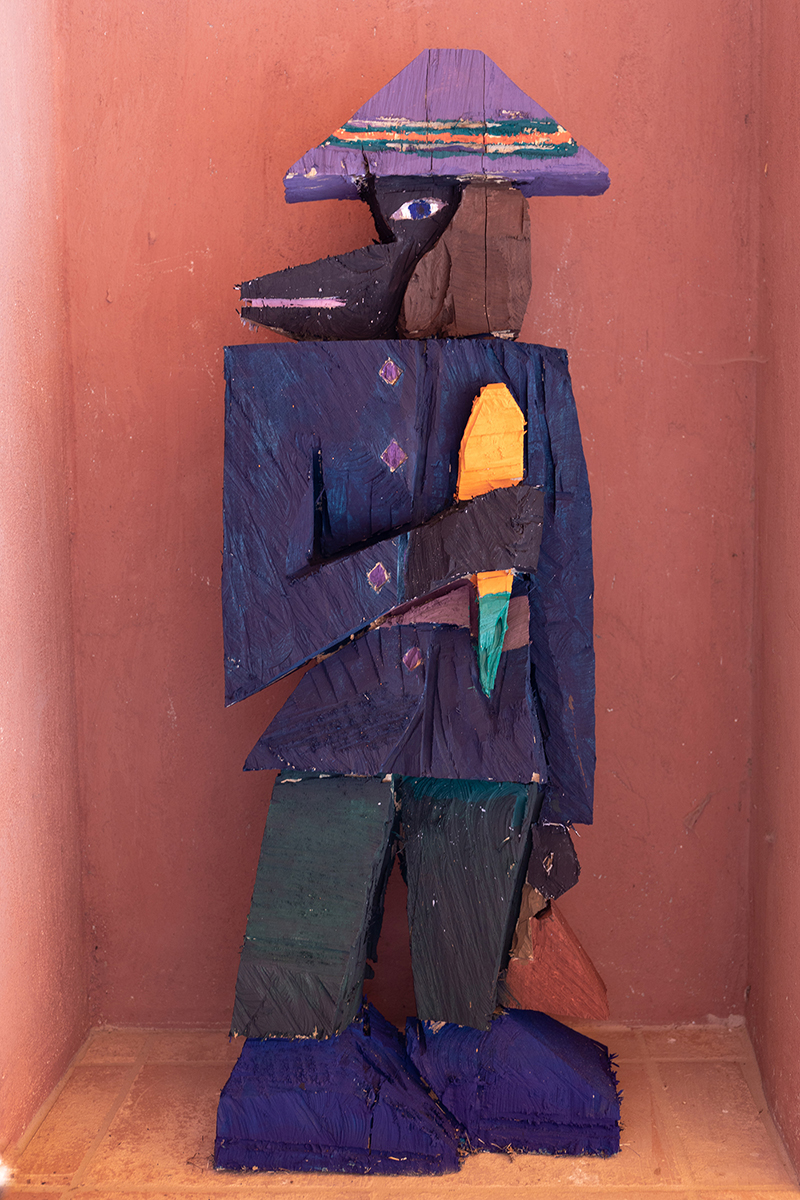 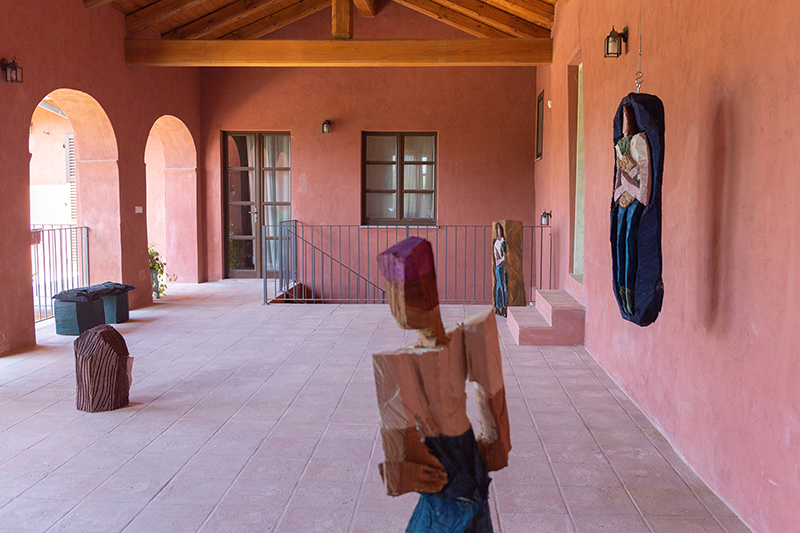 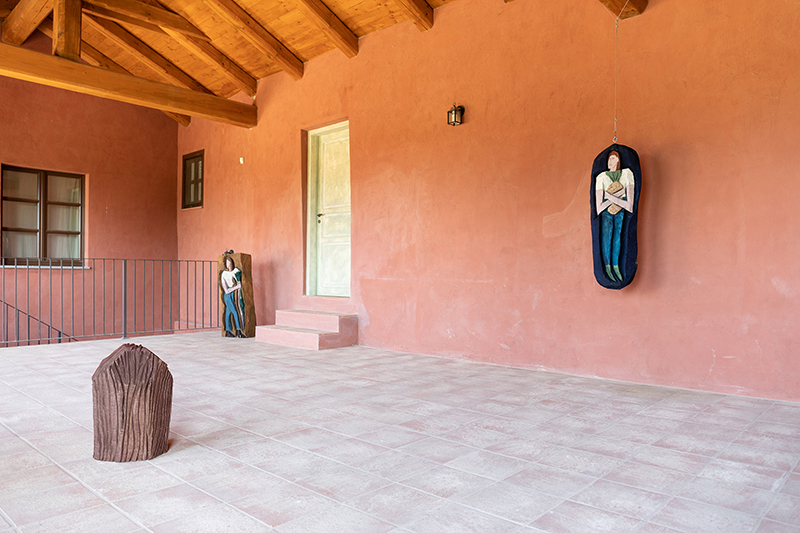 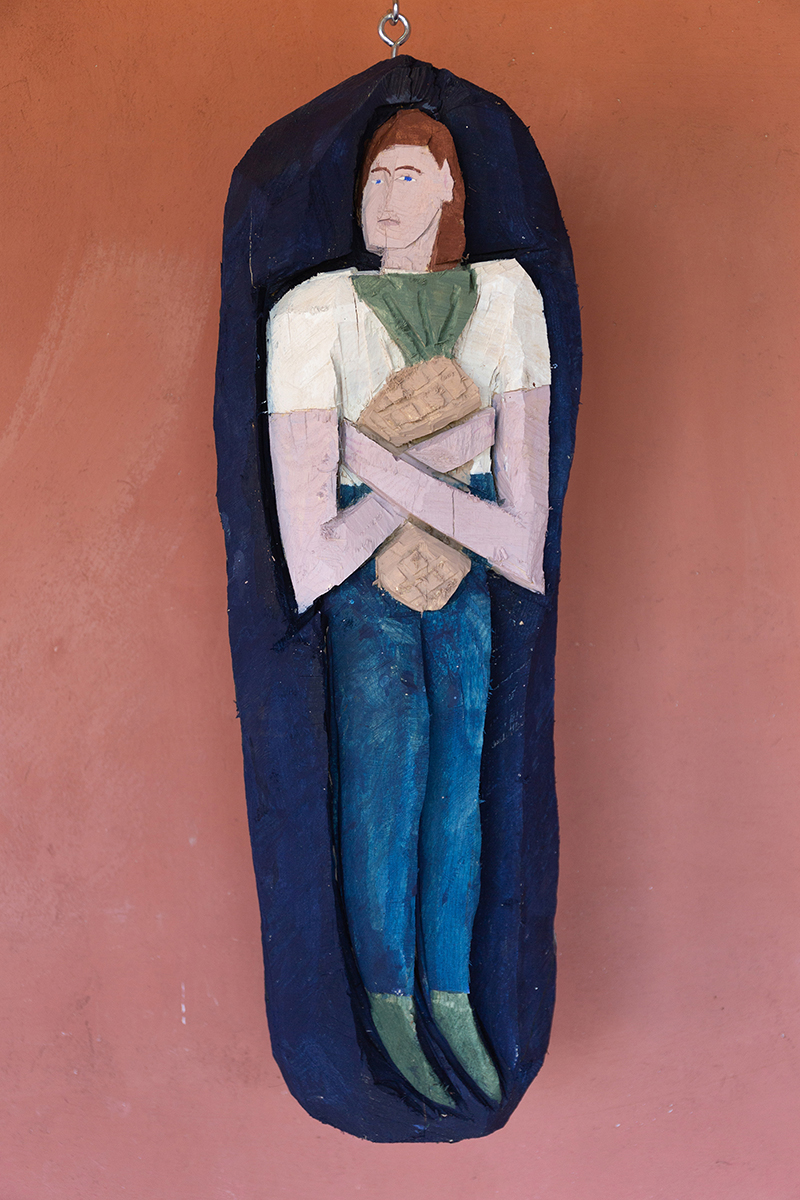 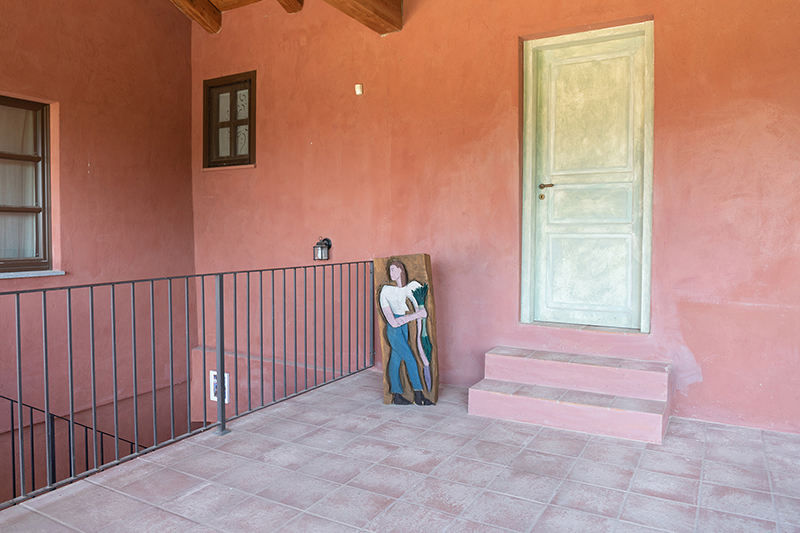 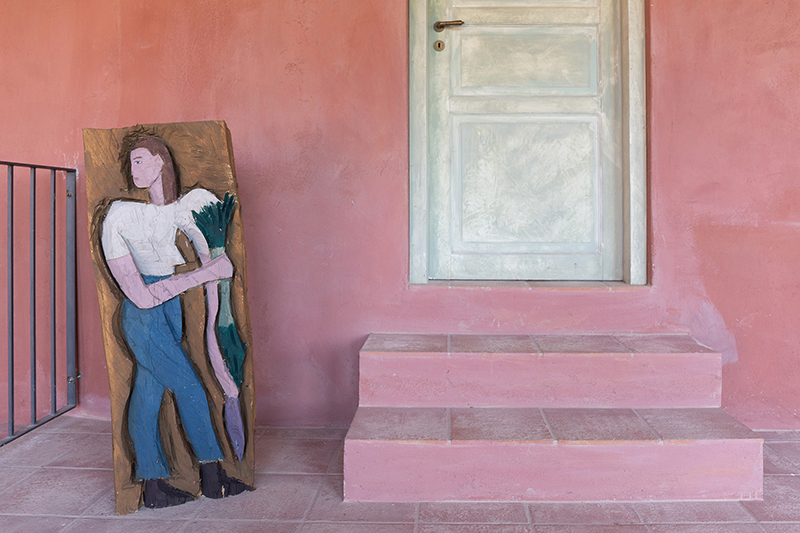 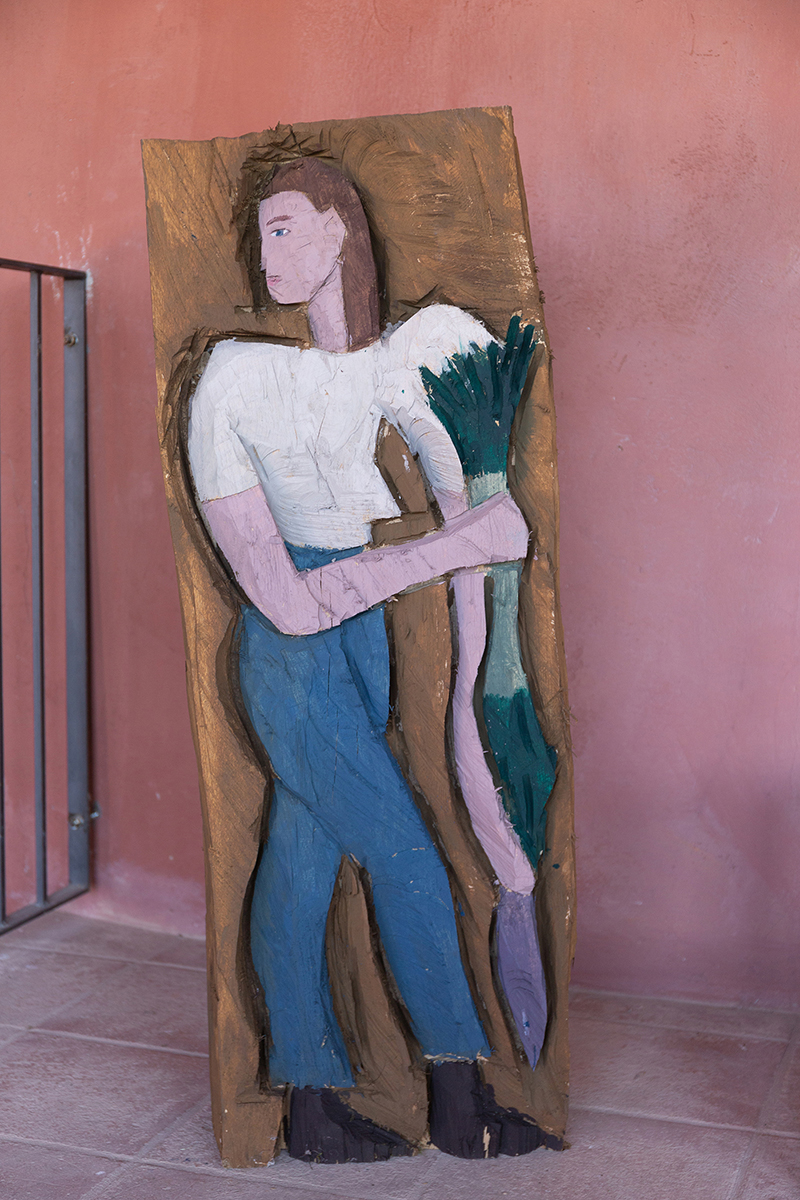 Pastoral Psychedelia is a solo presentation of new sculptures and works on paper by the Oslo based American artist Charlie Roberts. All the works were produced during a two weeks long residency on the scenic villa in Monferrato housing the awarded Italian wine producer Cascina Gilli.
The term psychedelia takes its significance from the union of the two Greek words ψυχή (psykhé) and δῆλος (dêlos). The meaning of the the locution dêlos encapsulates something mystical and extremely strong. Not far from the more archaic definition of the Greek word aletheia, whose most accurate translation would be unveiling—its significance is deeply linked to the primordial act of revealing. In these circumstances, what is revealed, explained, clarified, unfolded, opened is the psyche, the energy and vital force on which the concept of being is grounded. The stratification of being in its different physical states seems like finding in this term an extremely effective explication.

The crazed work of Charlie Roberts, composed of an obsessive and vast imaginary which allows the persistence of abstract models and primitive brutality next to soft lines and seducing figuration, seems able to encapsulate the deepest meaning of the term psychedelia. Giving to the viewer a complex perspective whose references are at once aesthetically contemporary and based on fundamental art historical sources—his work ushers a lysergic experience as a medium to investigate a multiplicity of cultural aspects, whose visual expression becomes a catalyser and irreplaceable manifestation of such intersection. This multiplying force, this compulsive energy carves through the sculptural works by the artist; and under this light all acquires a different substance. The bi—dimensional eclecticism characterising Charlie Roberts’ pictorial works finds renewed strength in this more materic and ancient process, that suggests inspirations which are pastoral and idyllic, yet of a brutal feverishness that is well transposed by oak’s tenacity.

Bathed in light was the island of Delos when the god of Sun was born on its shores; bathed in light is as well the matter which manifests vividly a psyche which is broadened and metamorphosed by the contamination of techniques and styles elaborated as twisted bulrushes.