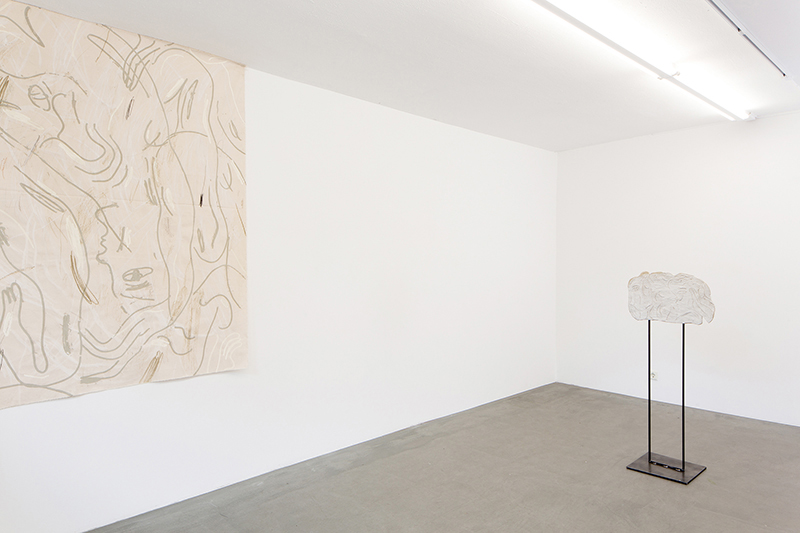 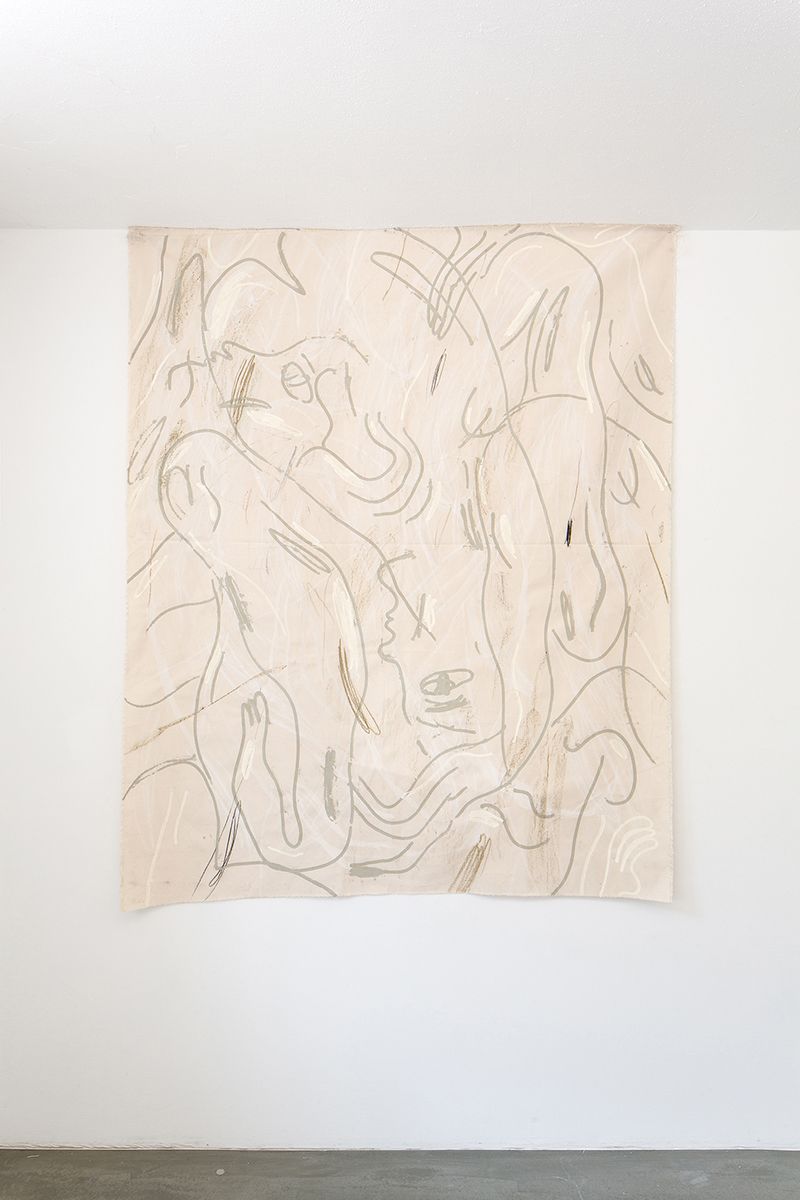 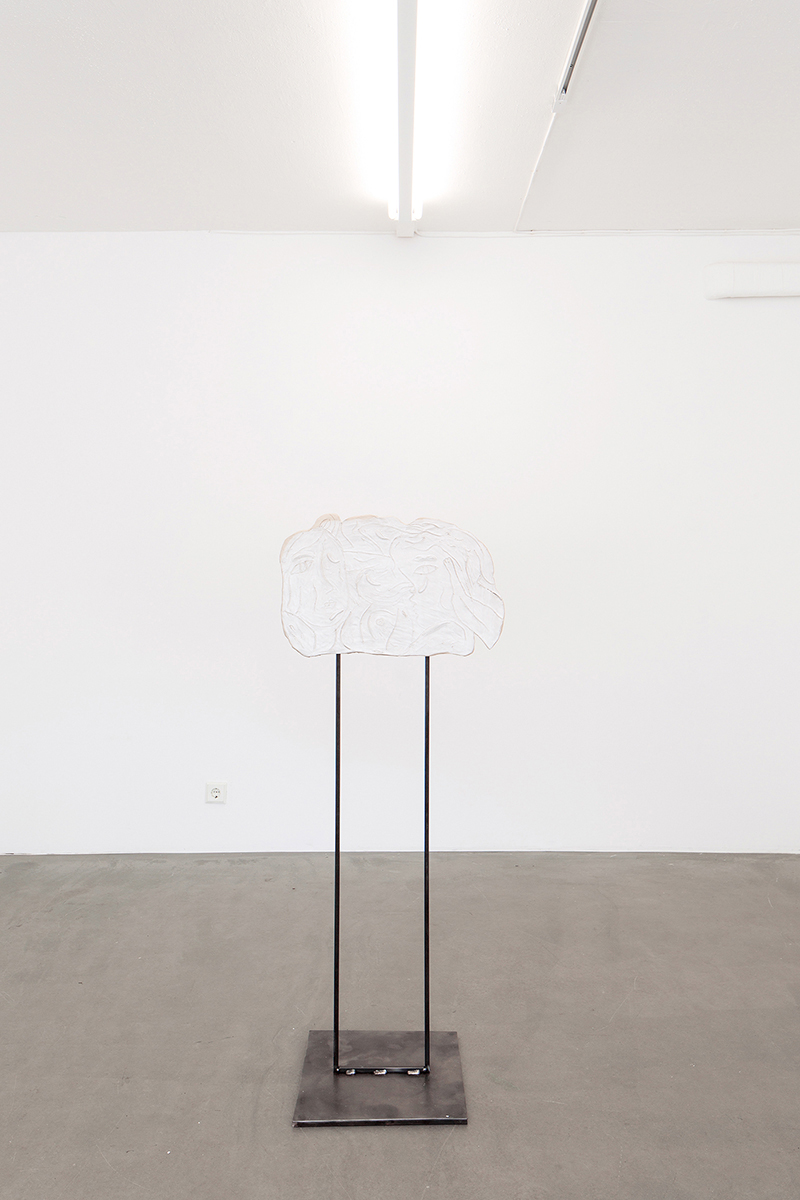 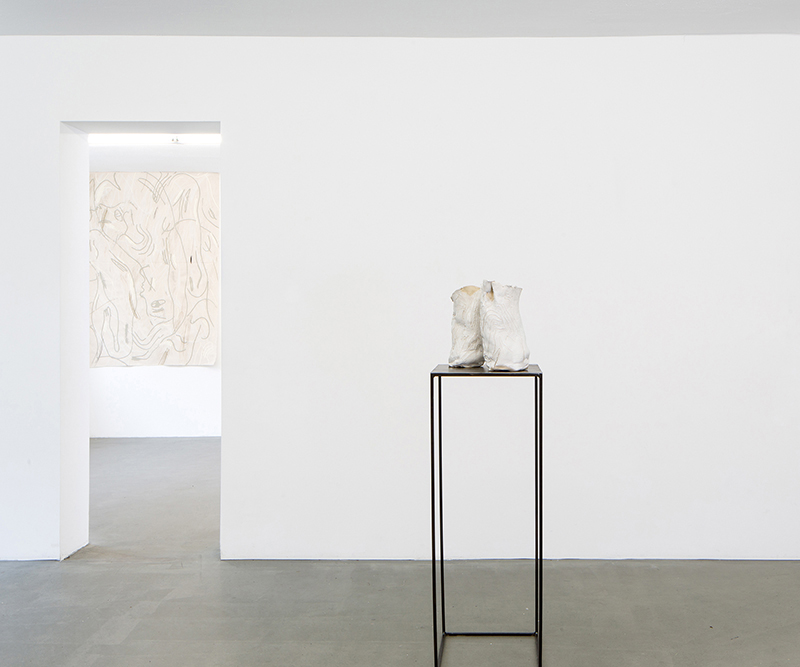 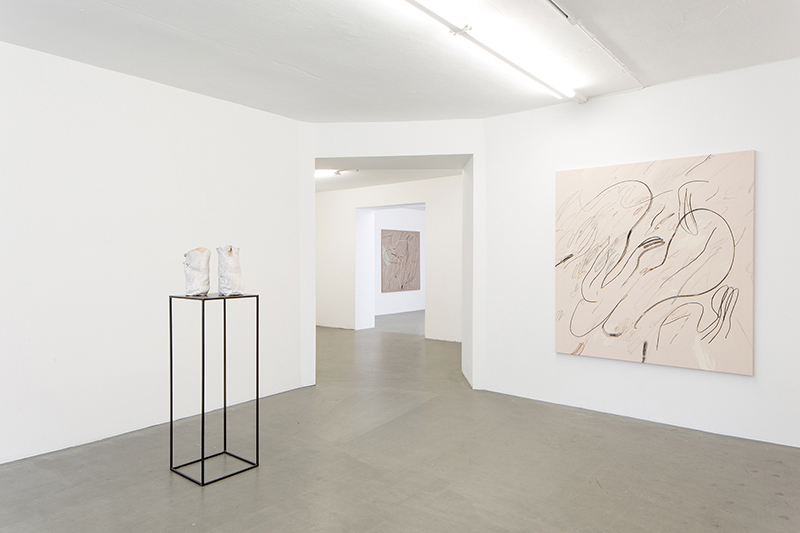 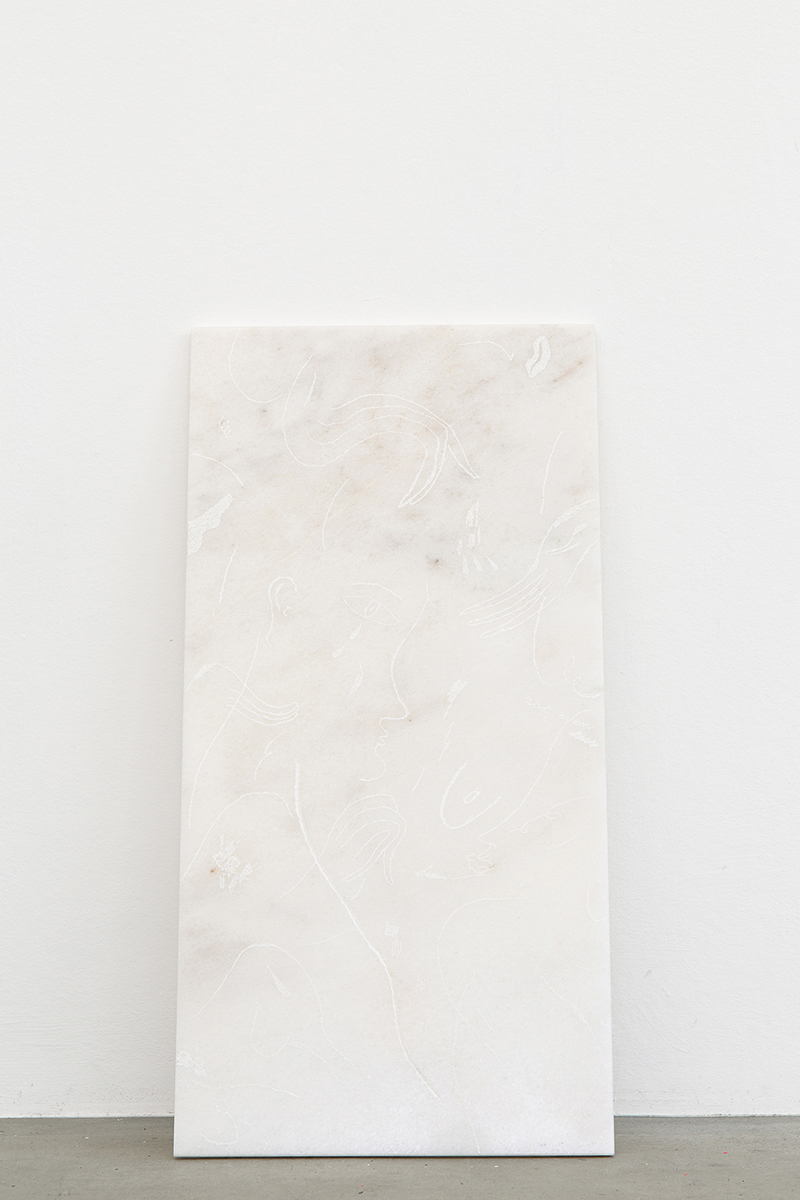 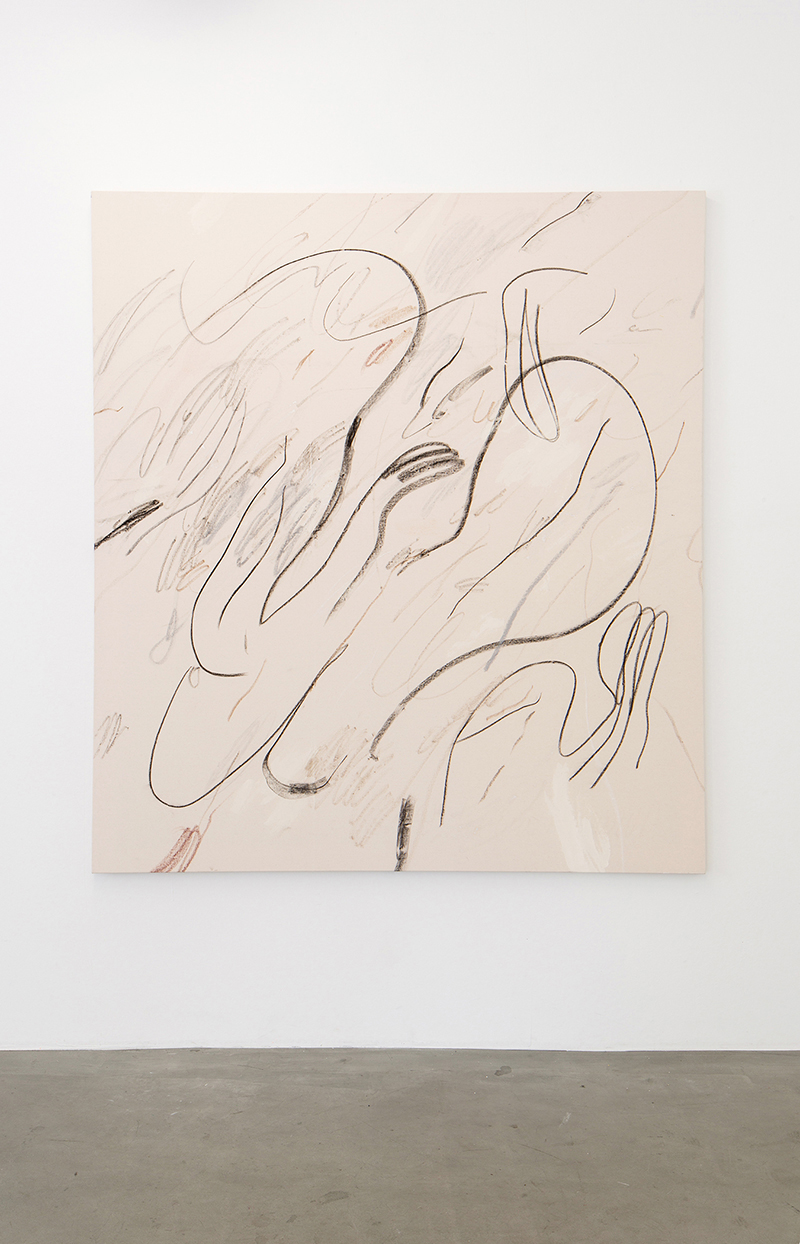 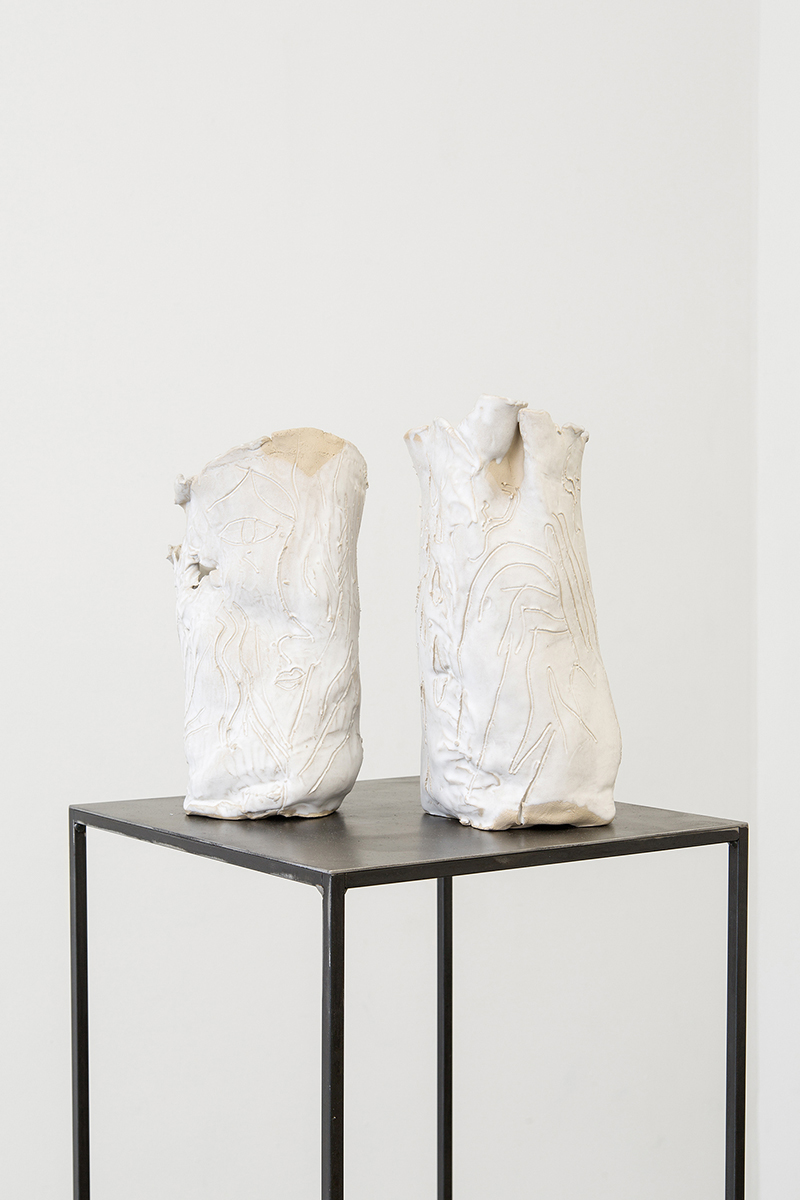 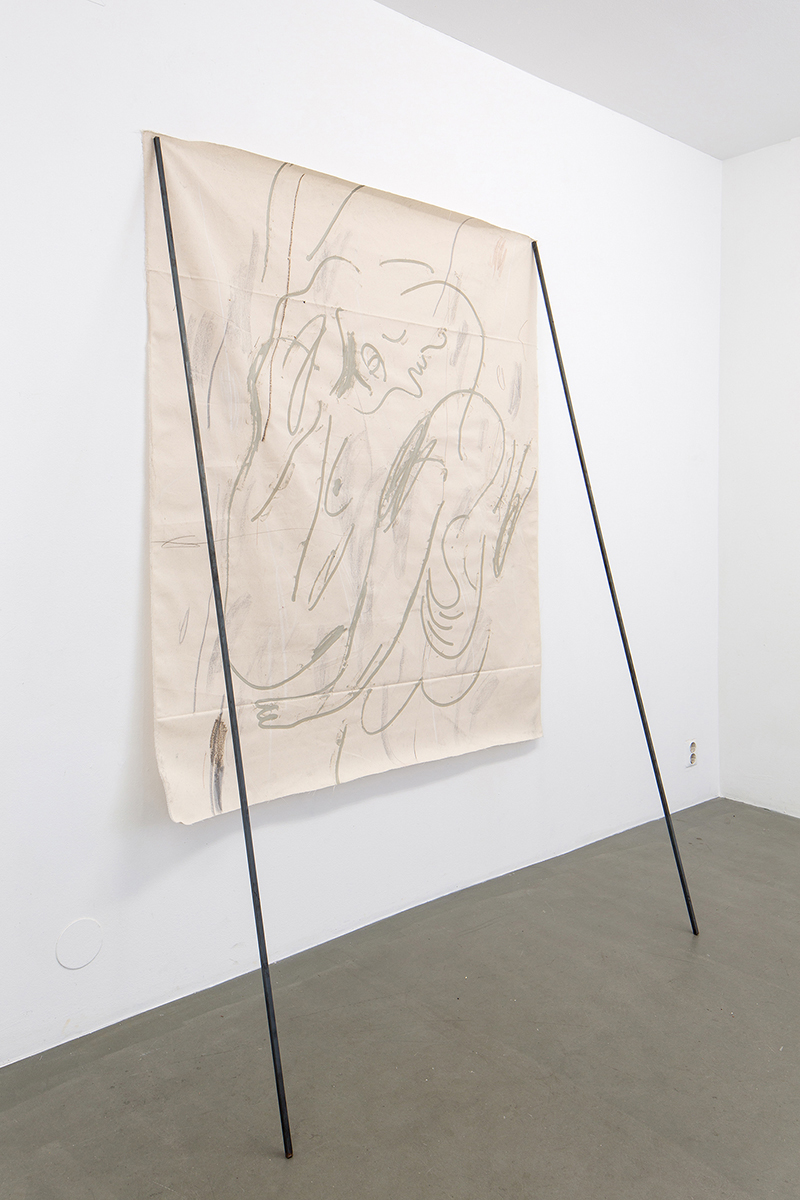 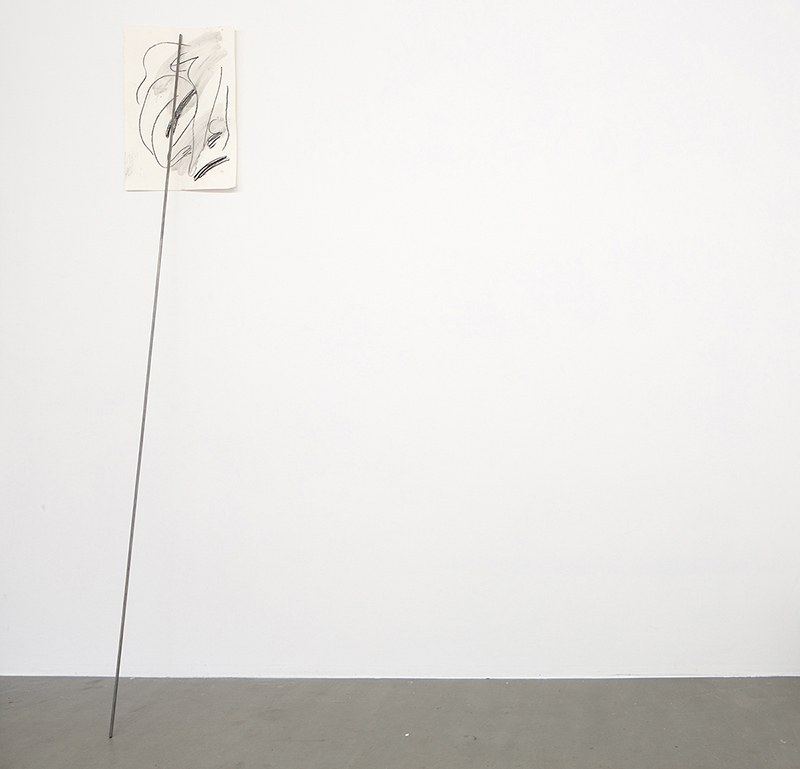 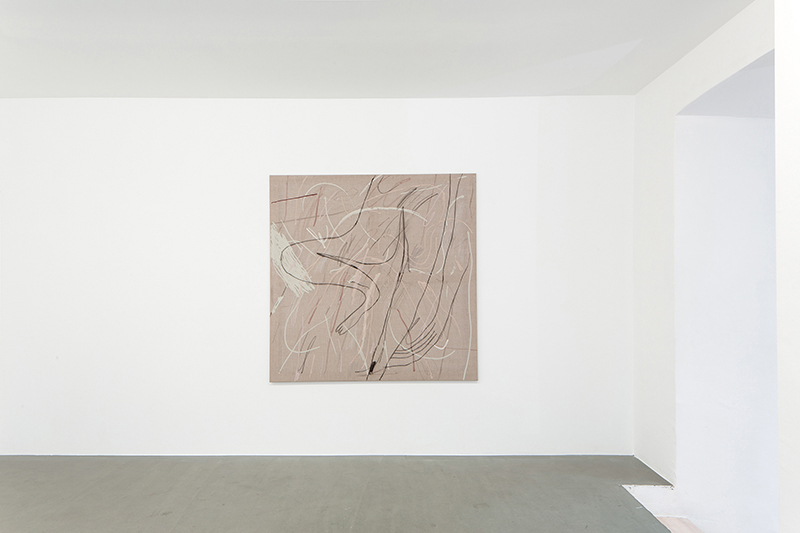 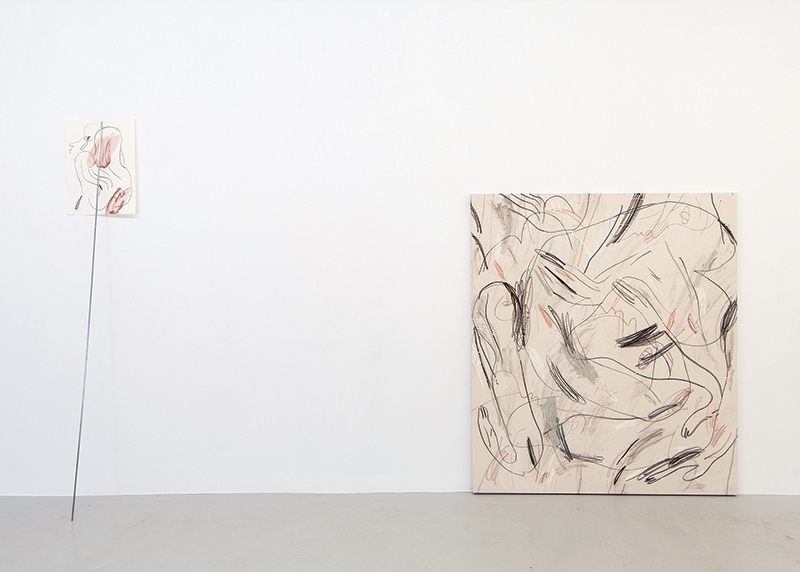 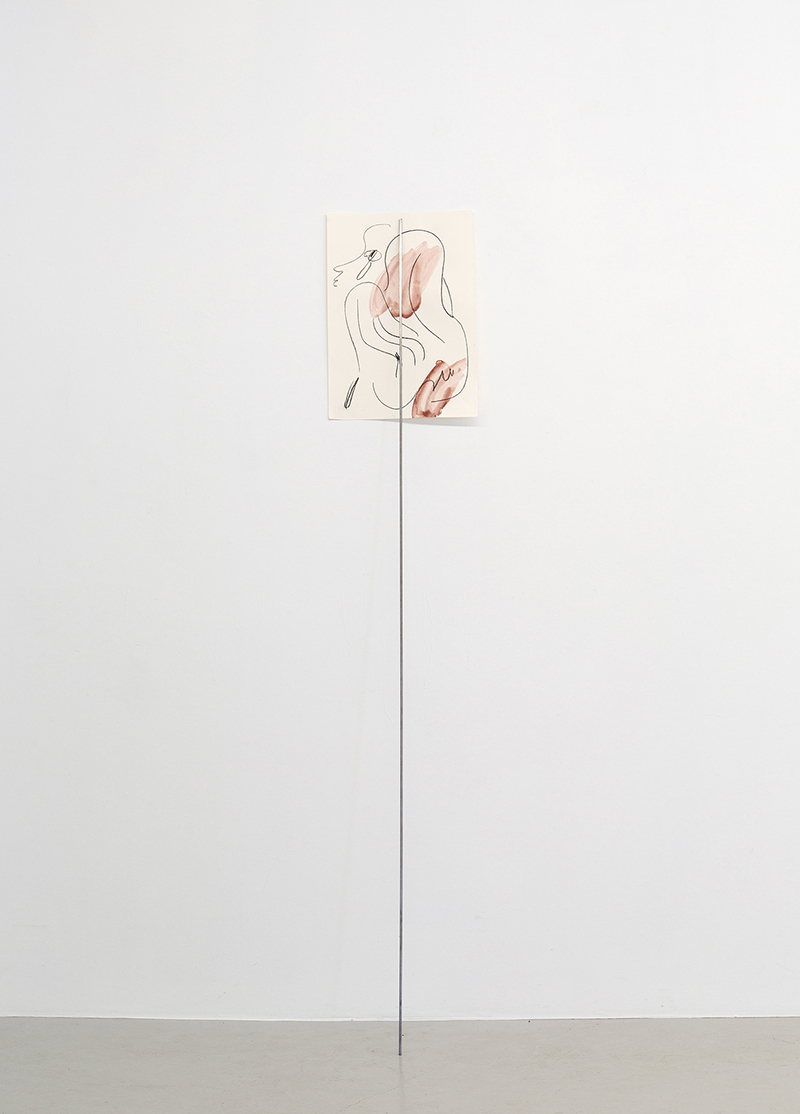 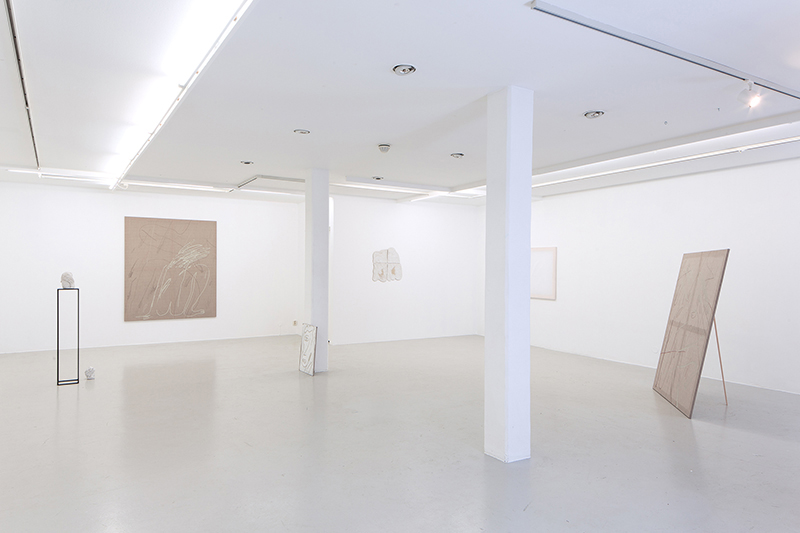 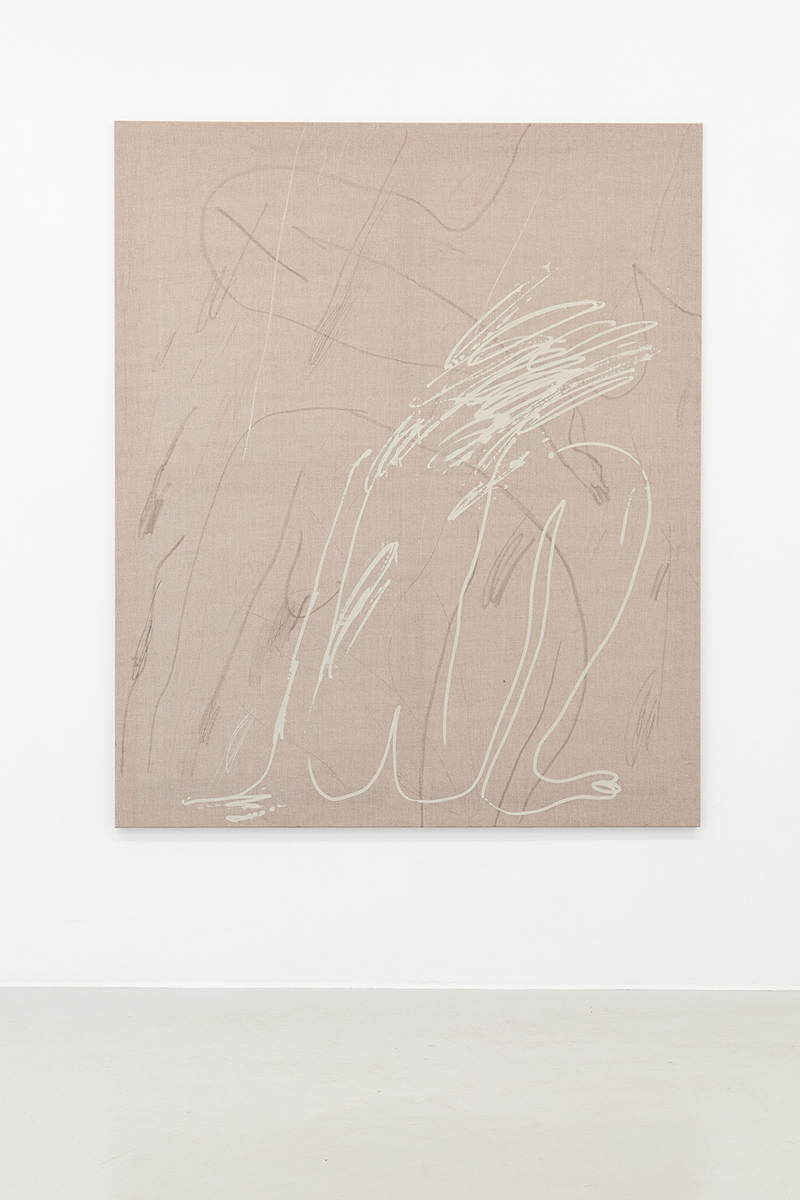 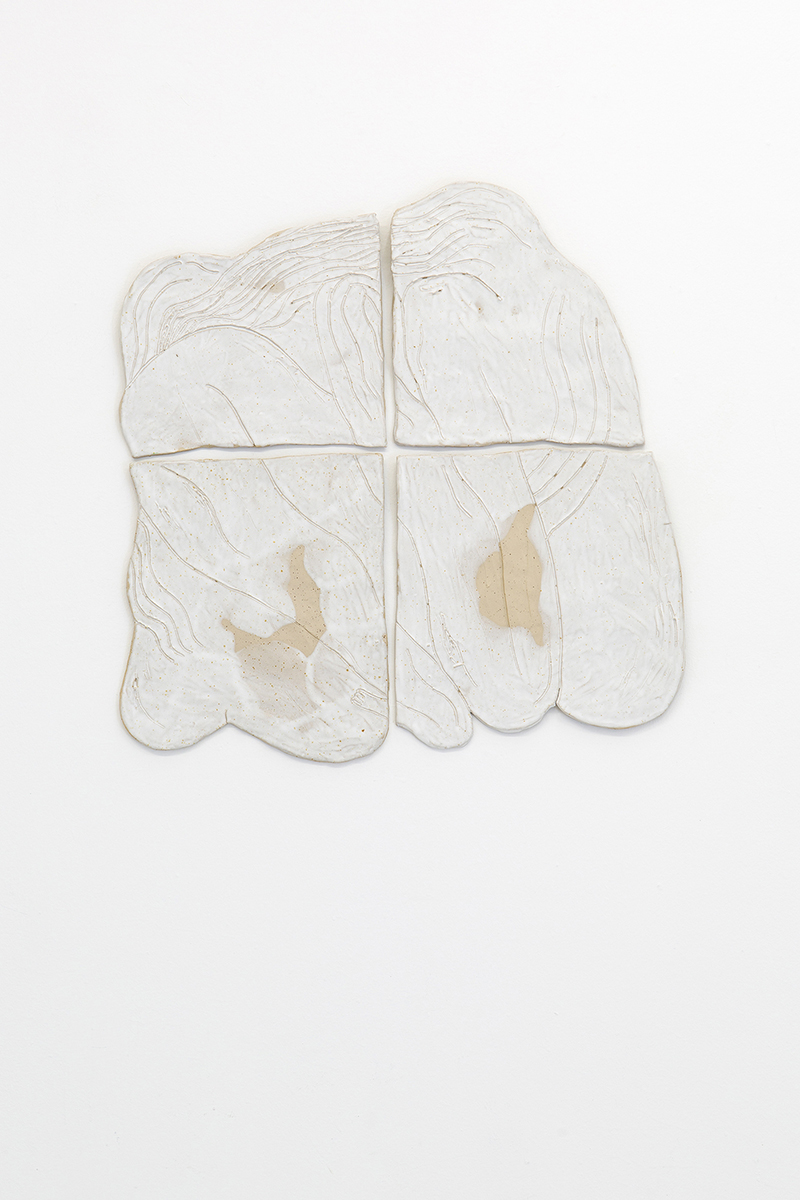 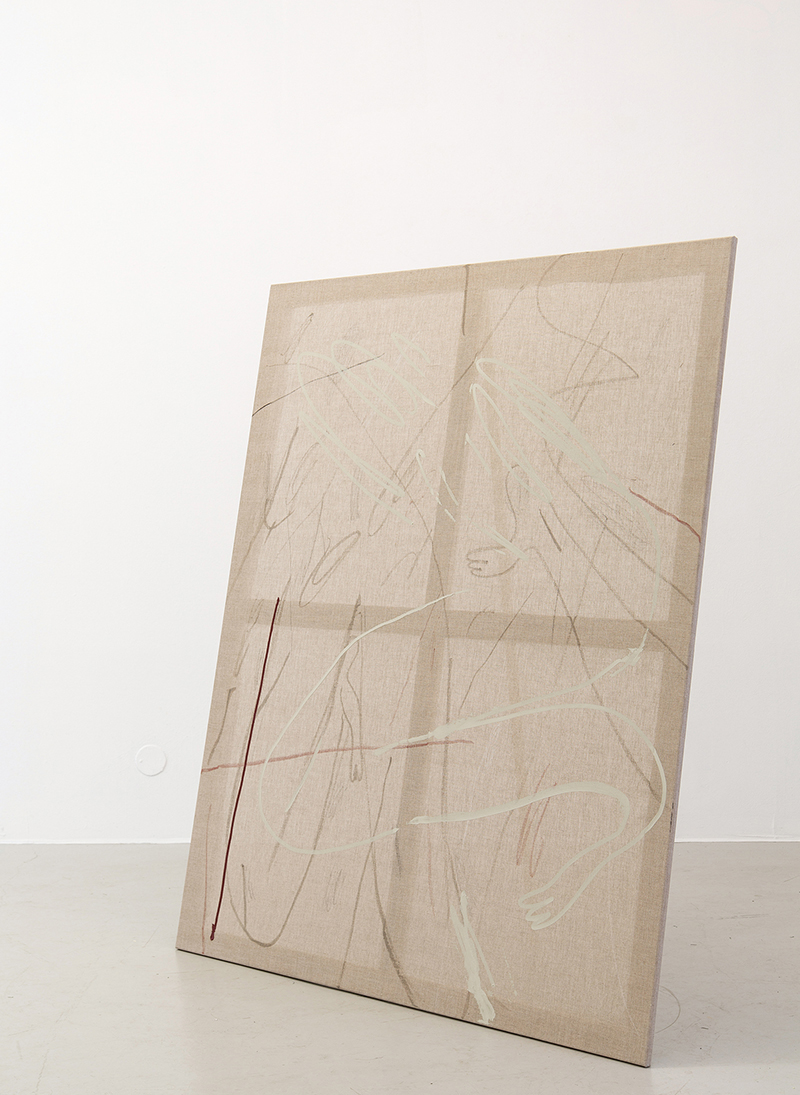 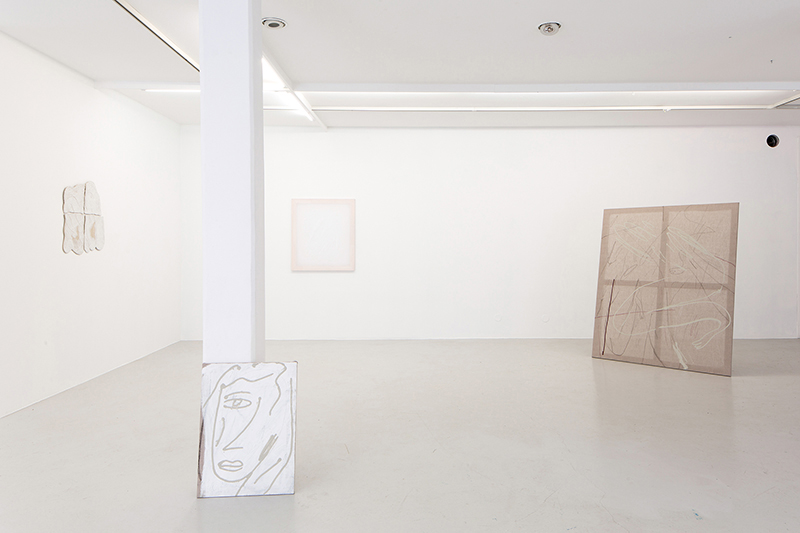 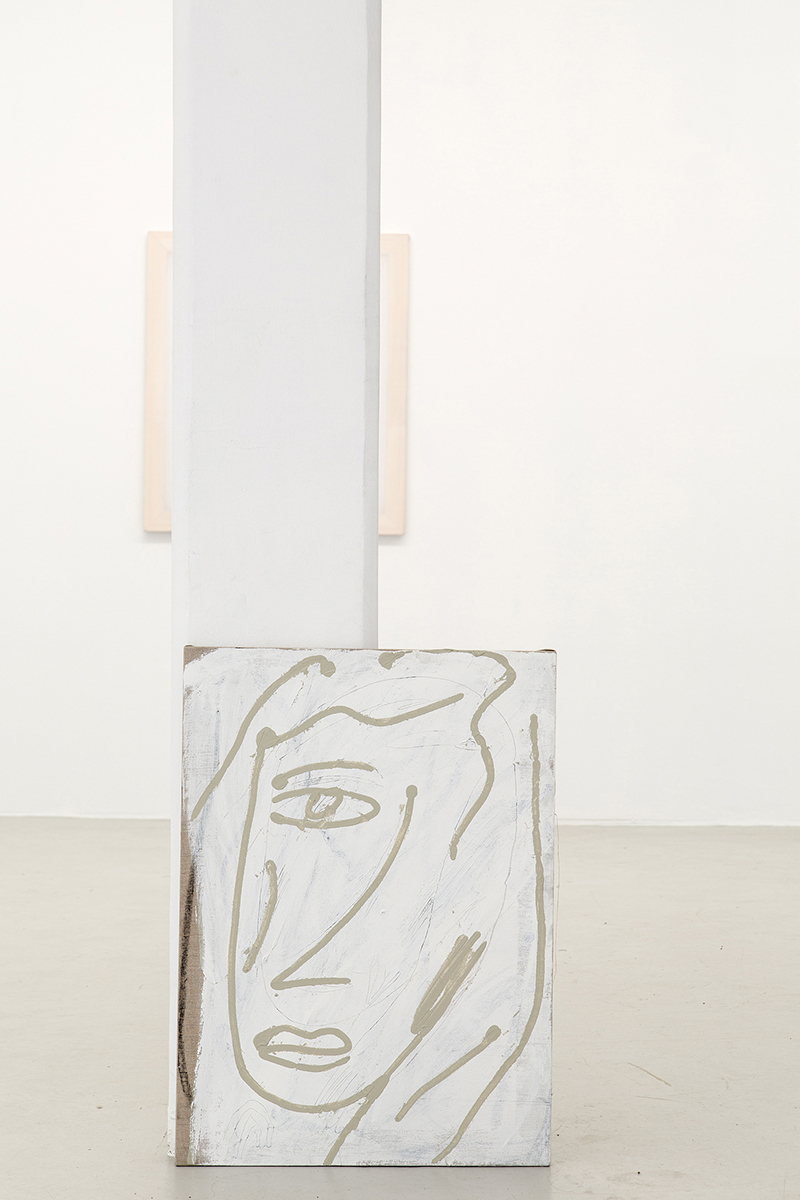 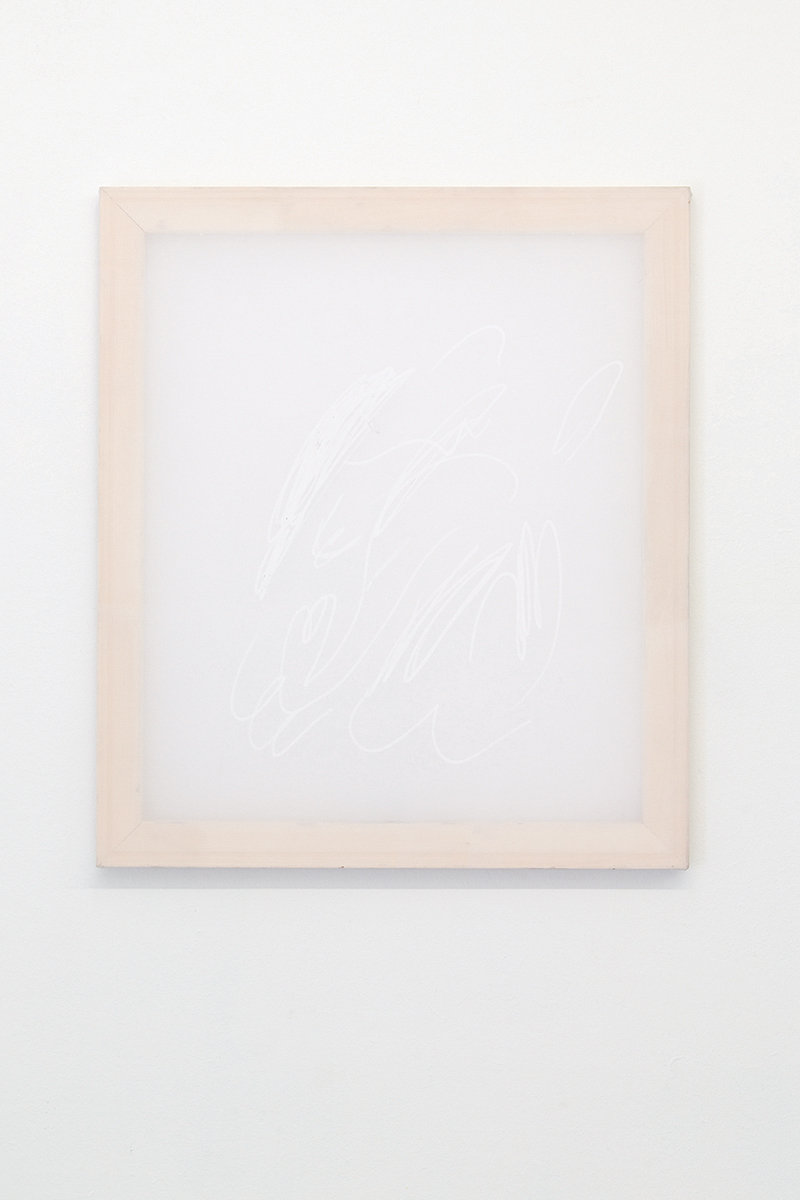 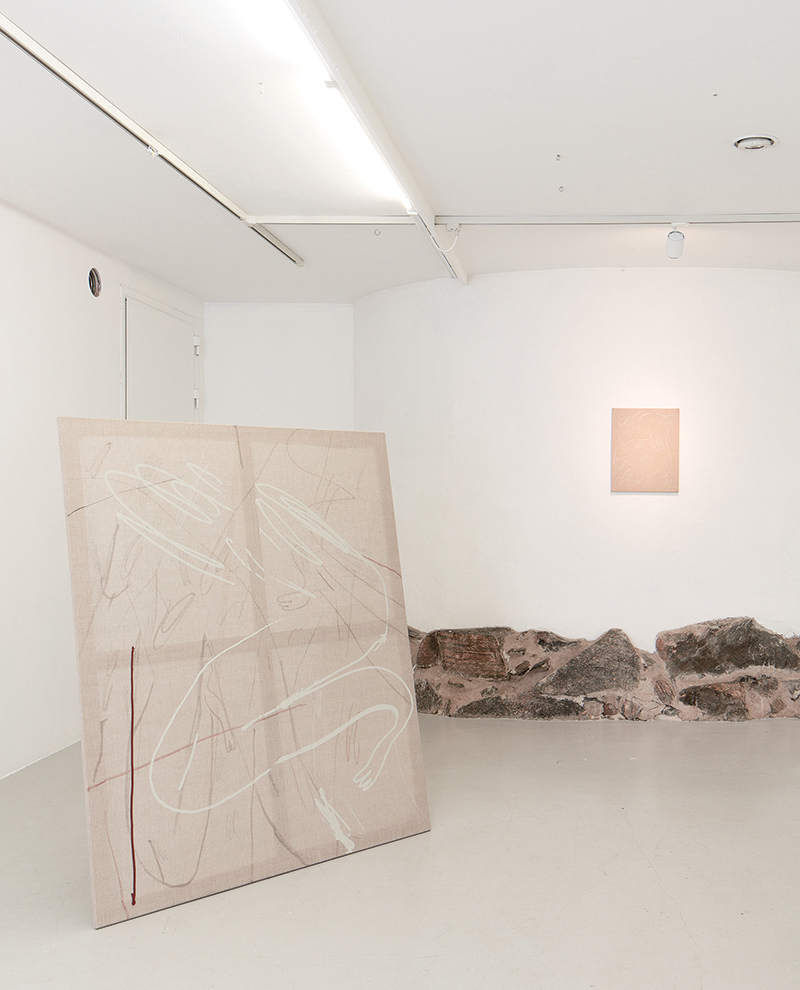 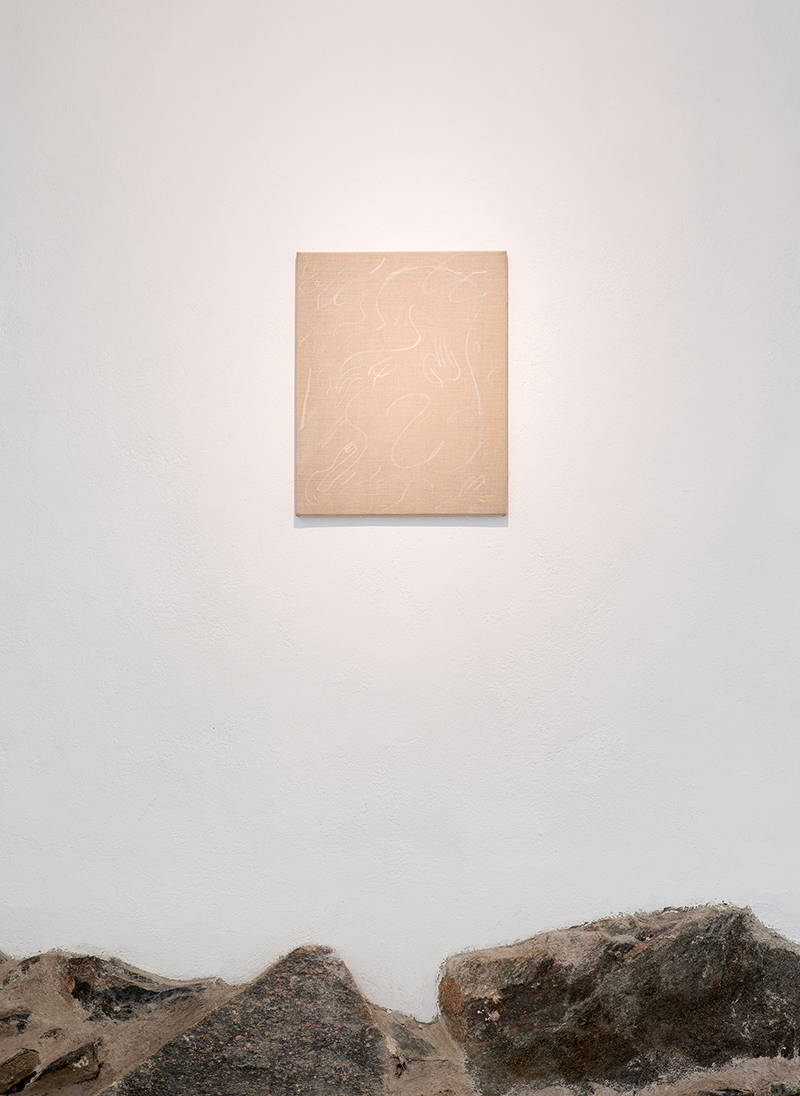 In Vergnano´s work, the mark - intentional and unintentional - is central. Through drawing, sculpture and painting she investigate its potential for expressing human emotions, thoughts and obsessions. The figure is present in most of her works where bodies are depicted as a whole or deconstructed into abstract traces. In Scattered, limbs and body parts are tangled, reaching out and touching each other, carrying a desire of knowing-oneself and ones shifting nature, to affirm identity and presence, in relation to the world.

Scattered in a room
The soft flesh and the swirling hair,
The knots.
Hands, fingers, limbs
Reaching for everything
For proof of existence,
For presence and time.
Despair and delight
in finding yourself
naked and open.
Dichotomy
of cotton and stone
Rage and revolt
Sleep, abandon,
Melancholy and all.