Sessa Englund / all made of tender flesh, all put together 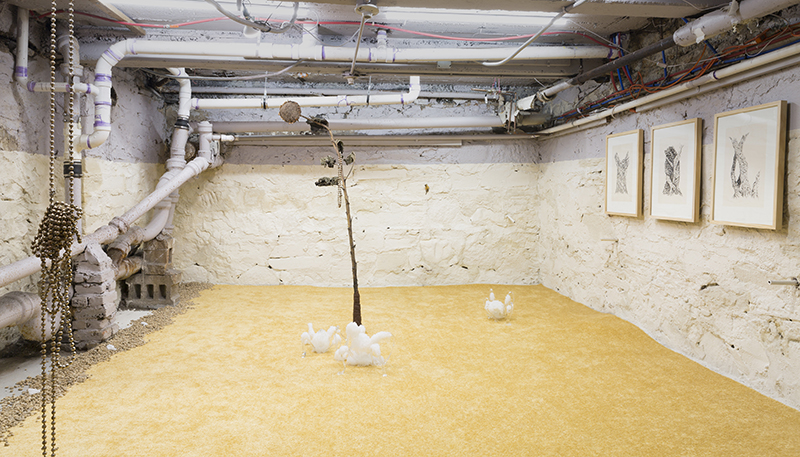 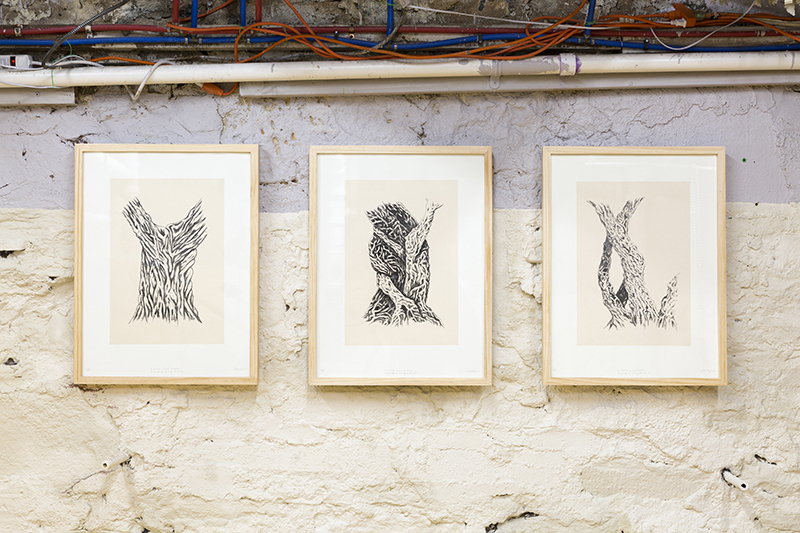 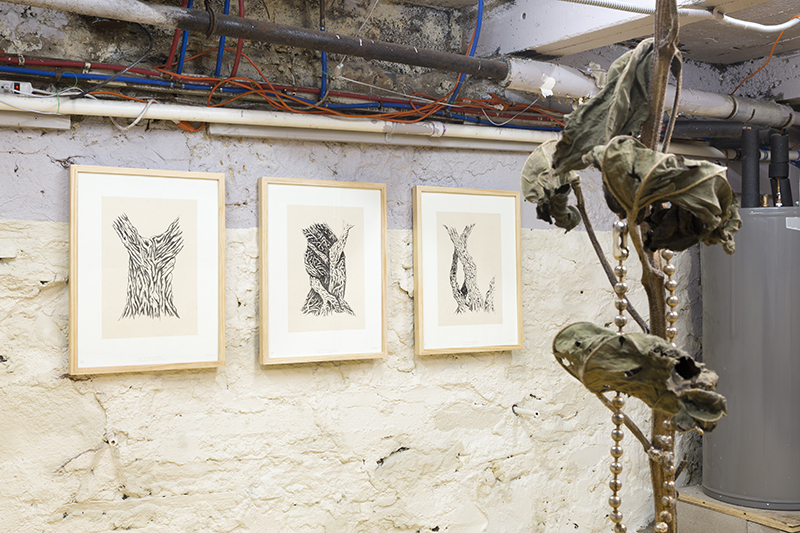 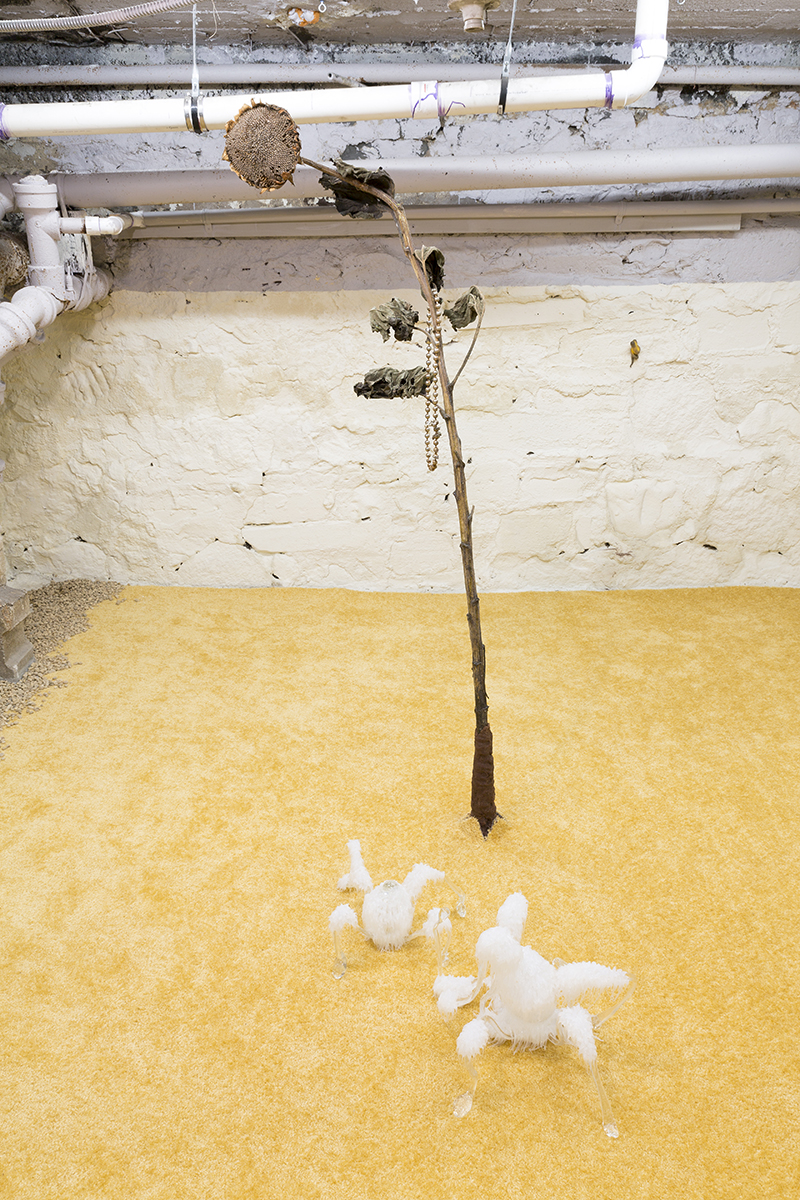 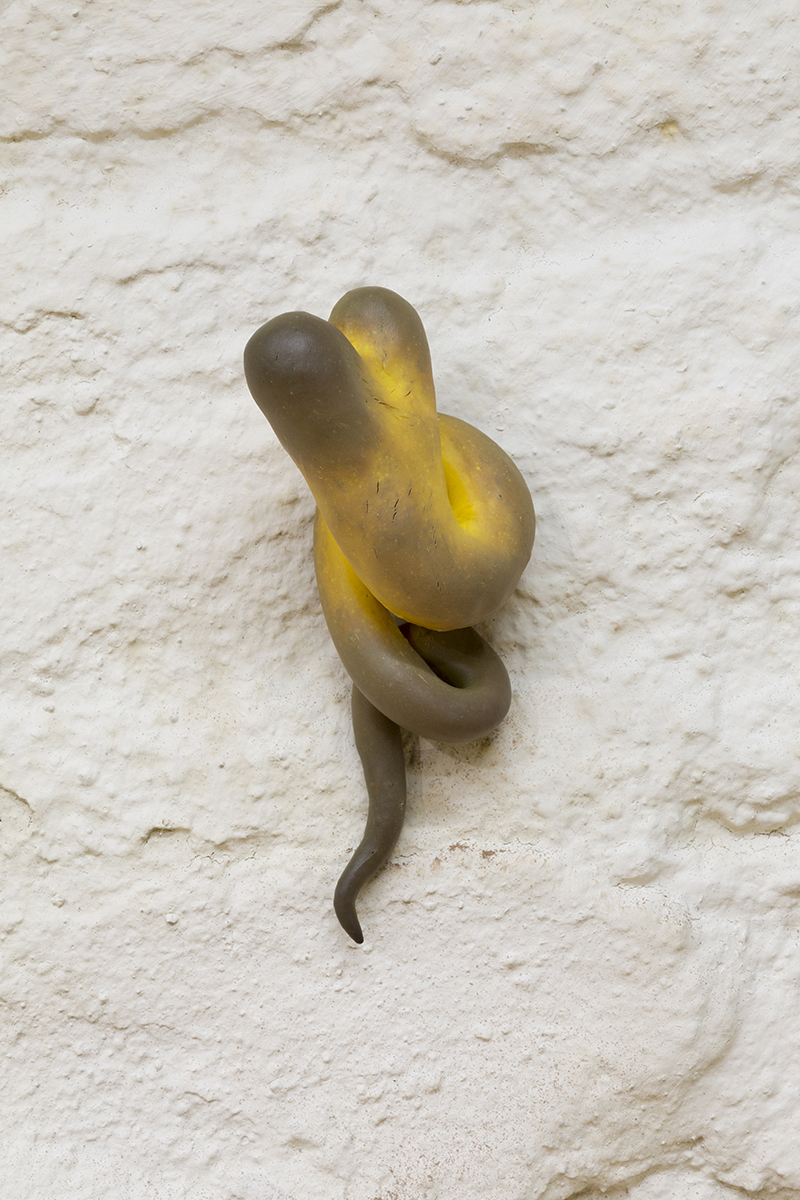 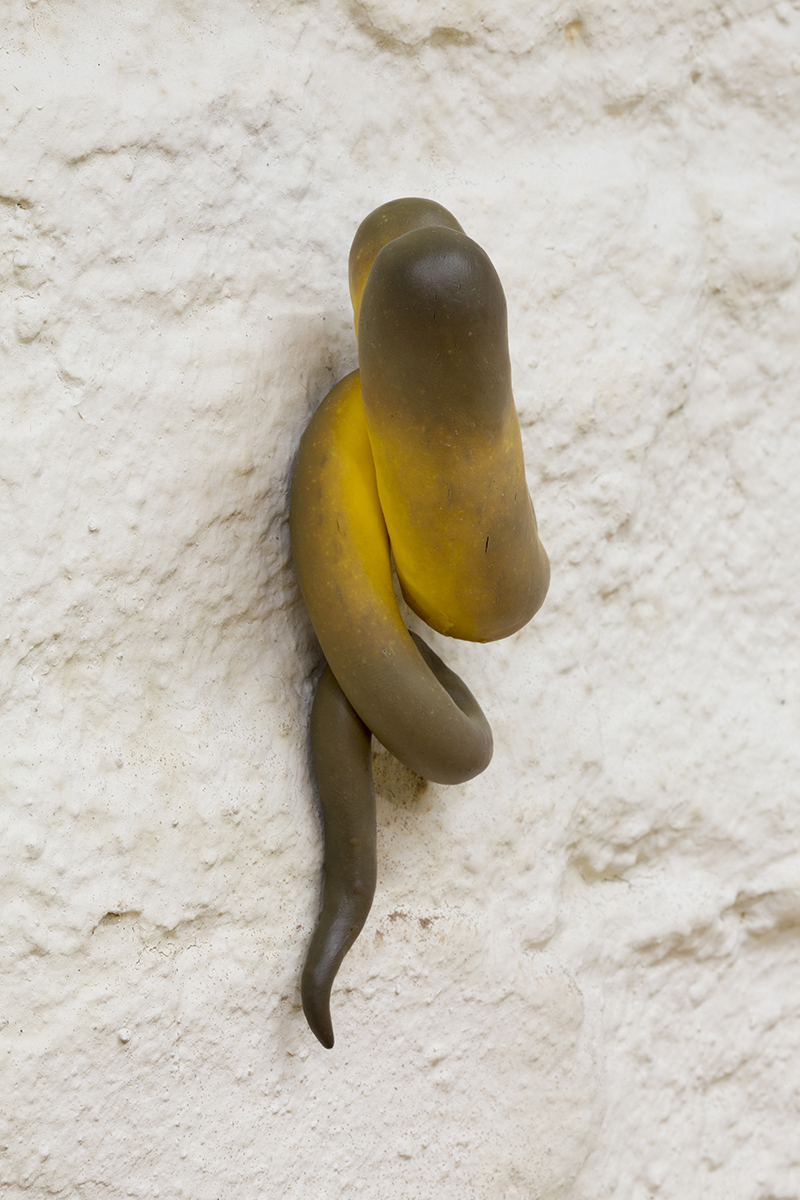 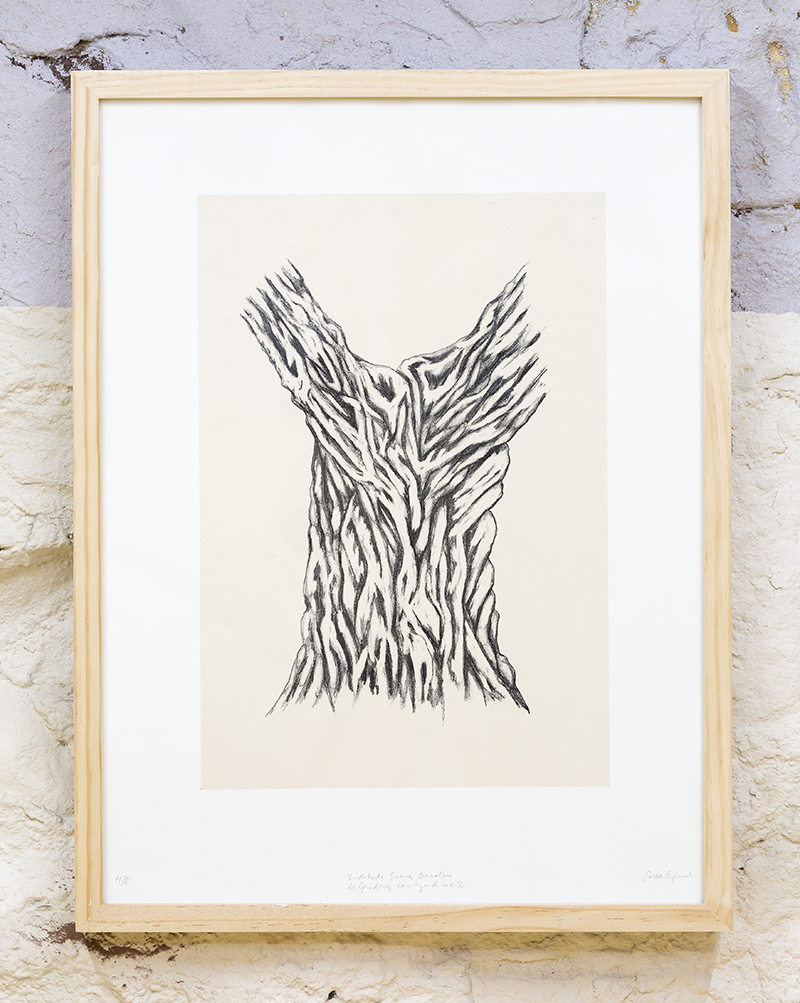 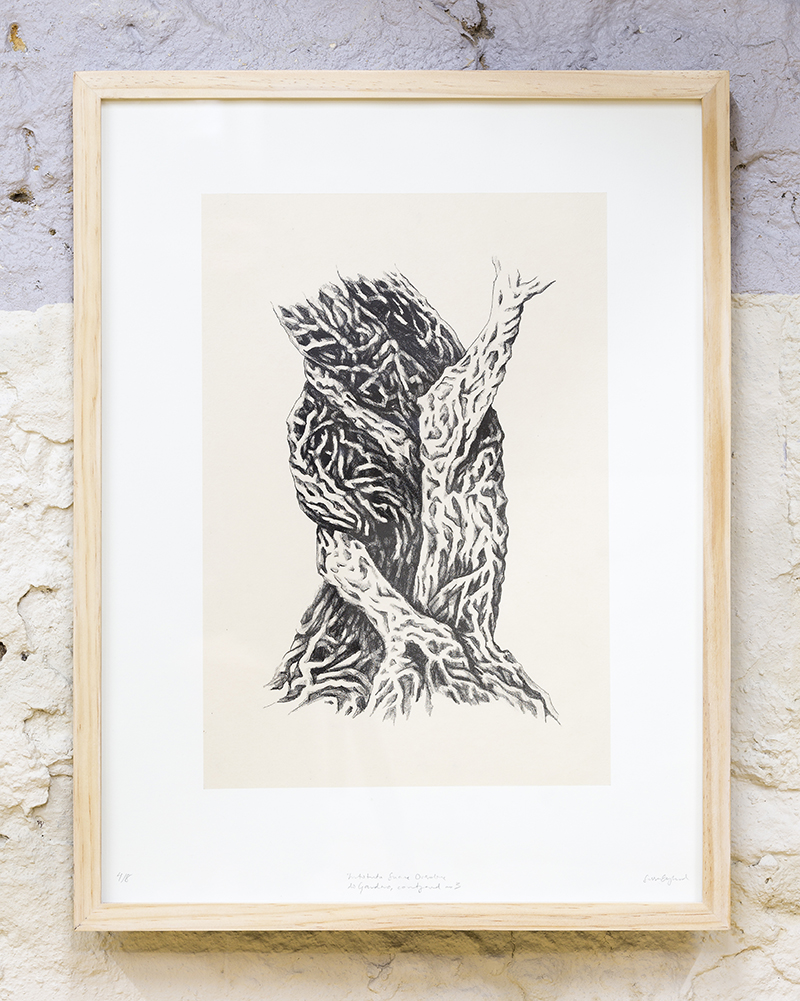 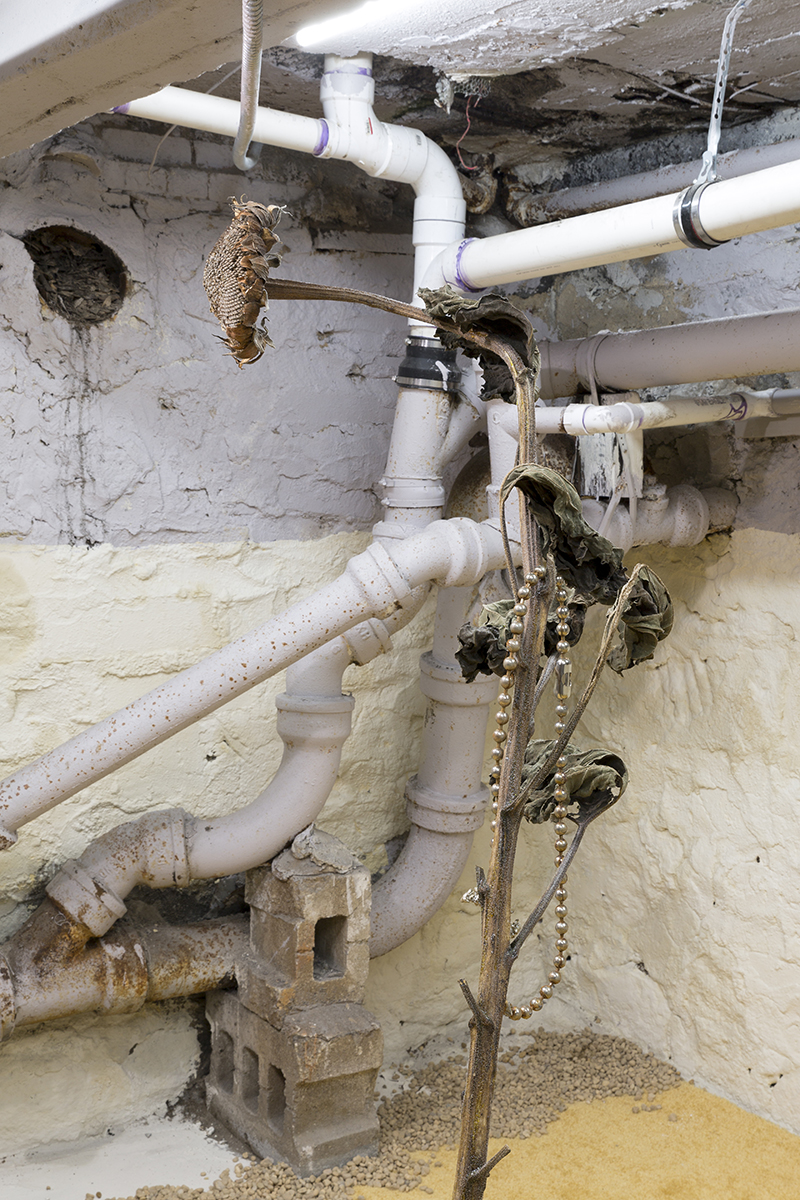 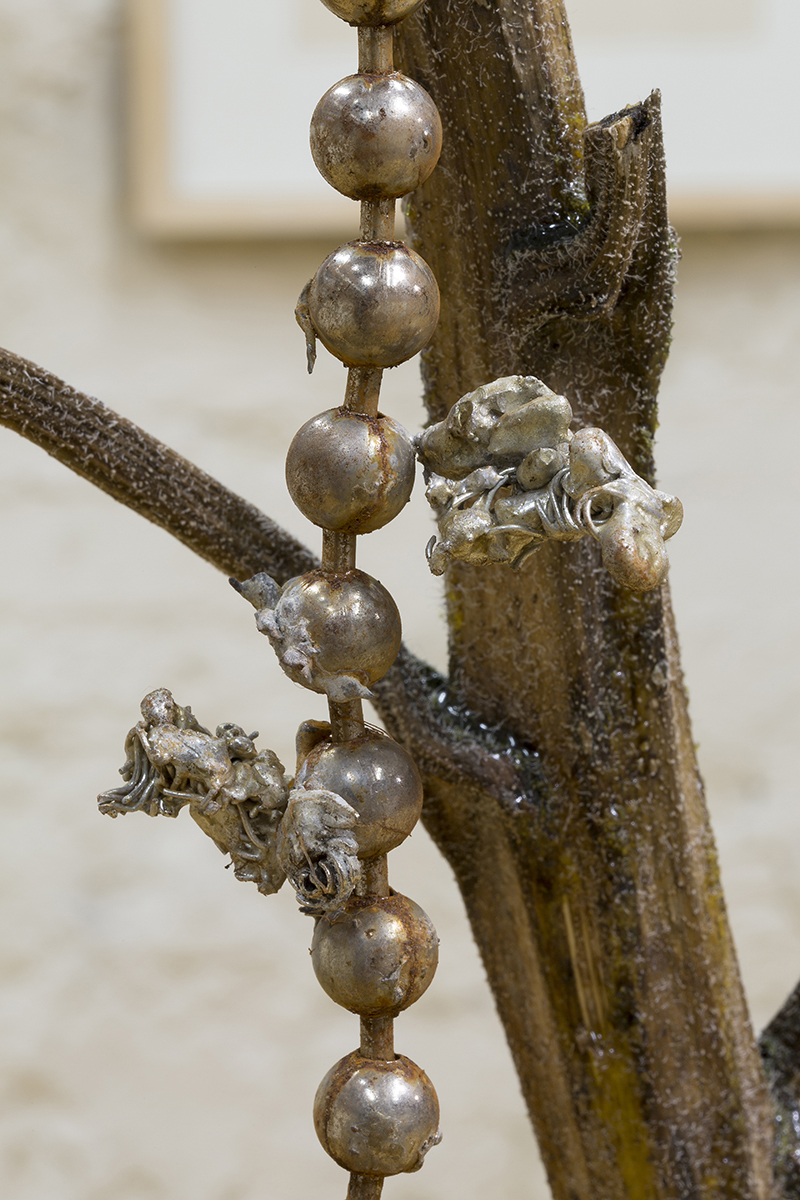 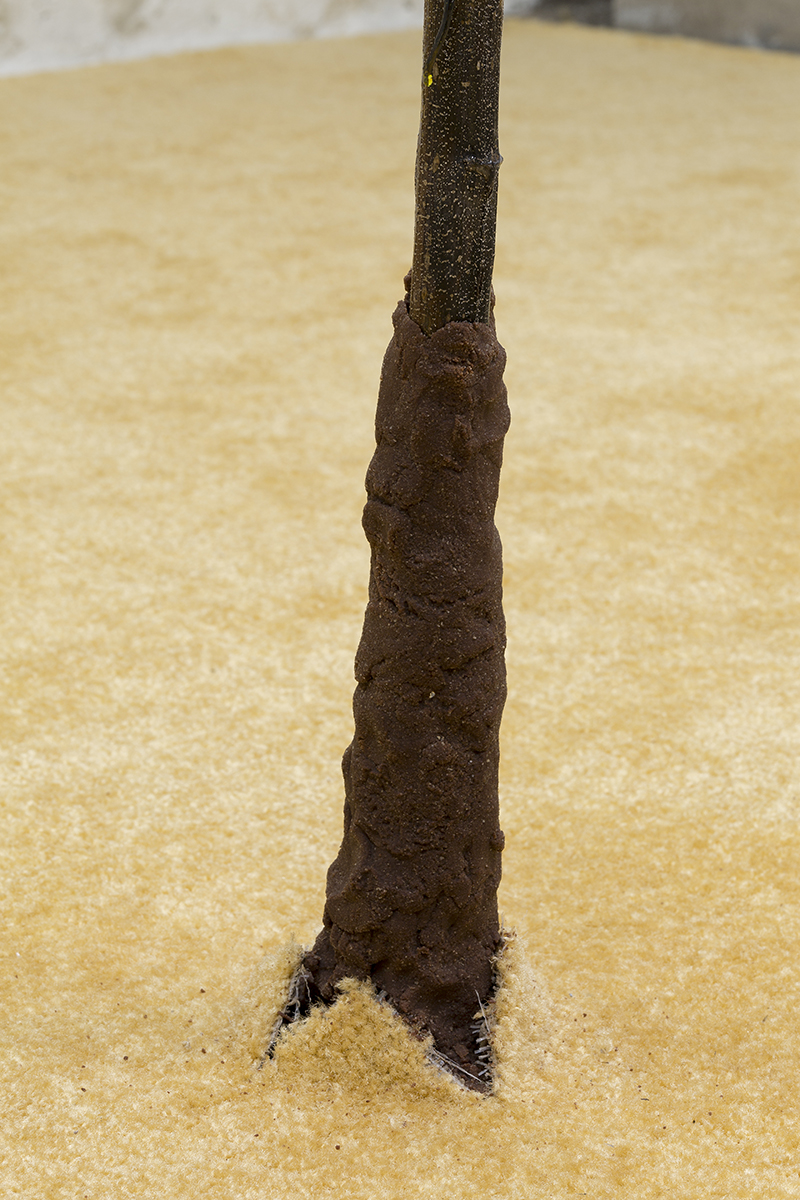 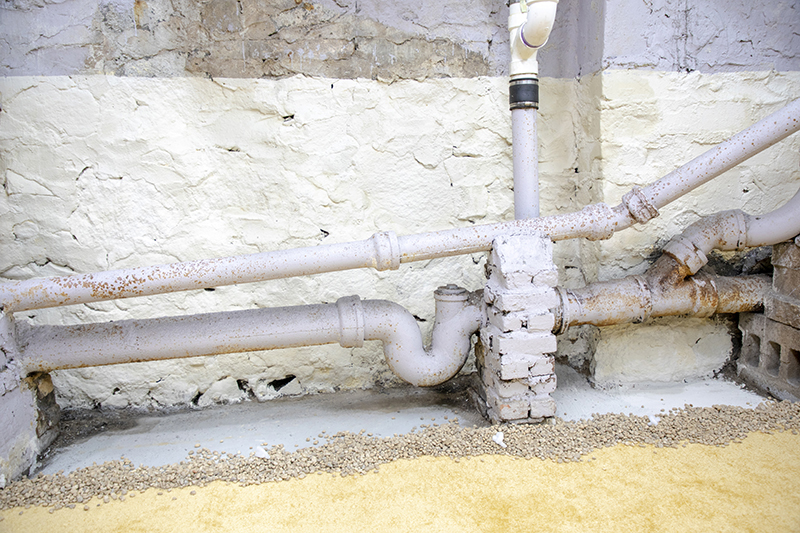 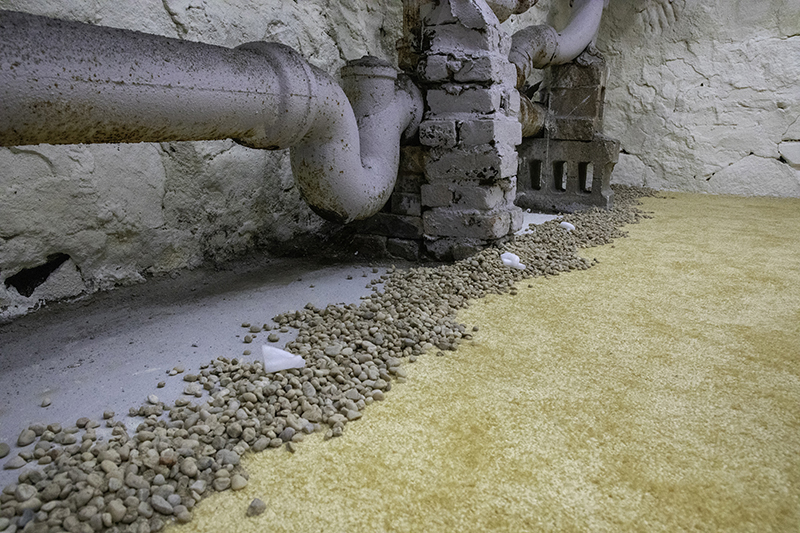 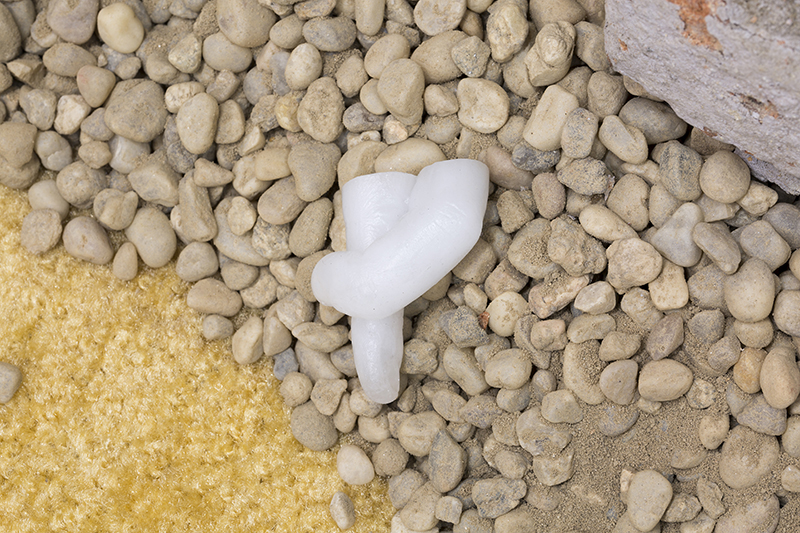 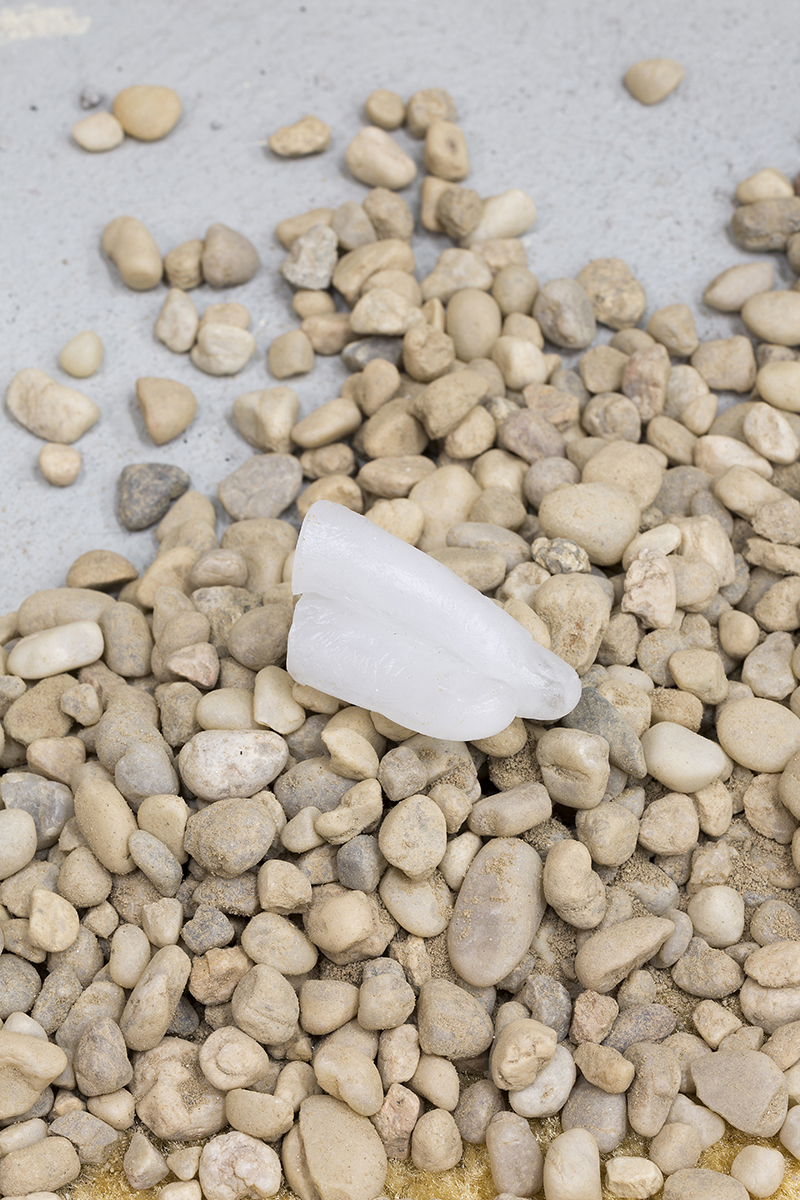 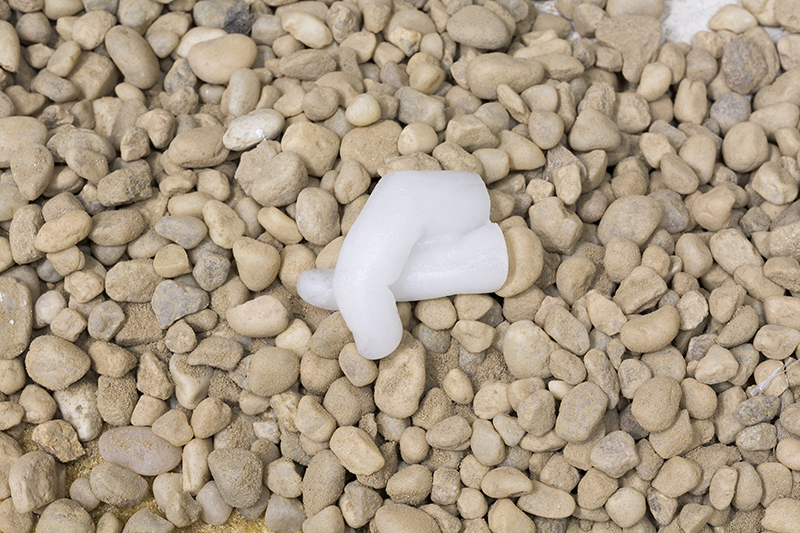 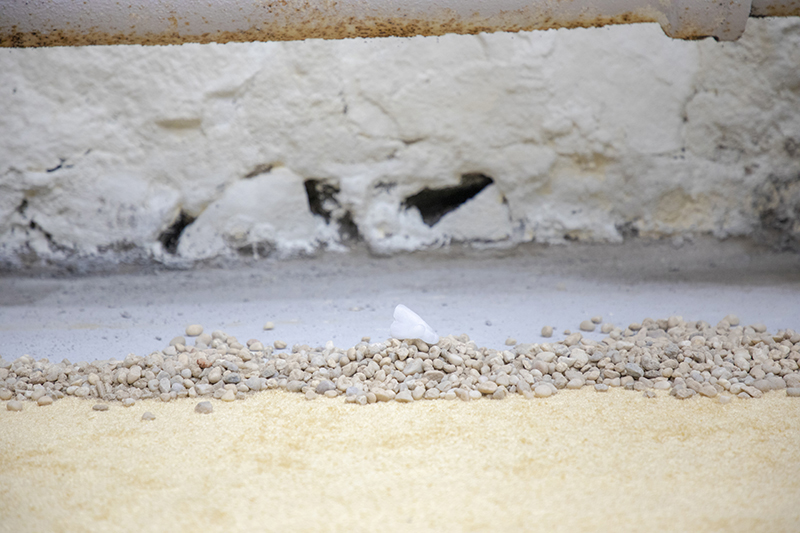 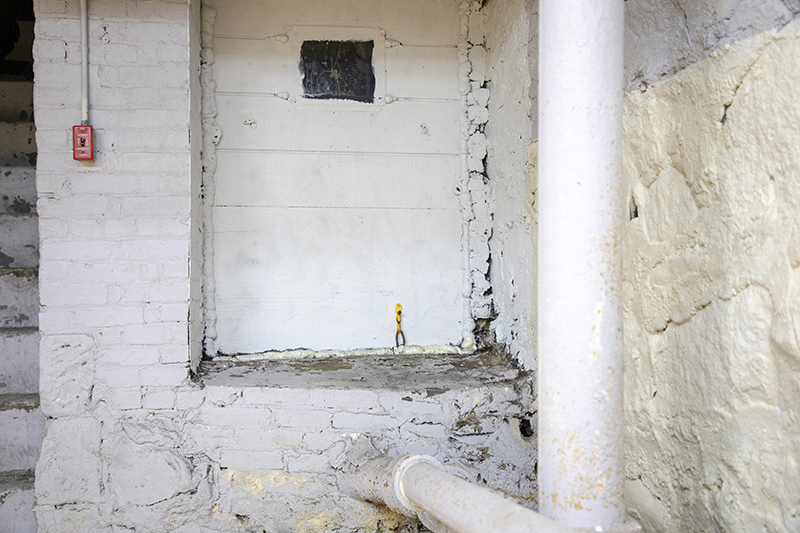 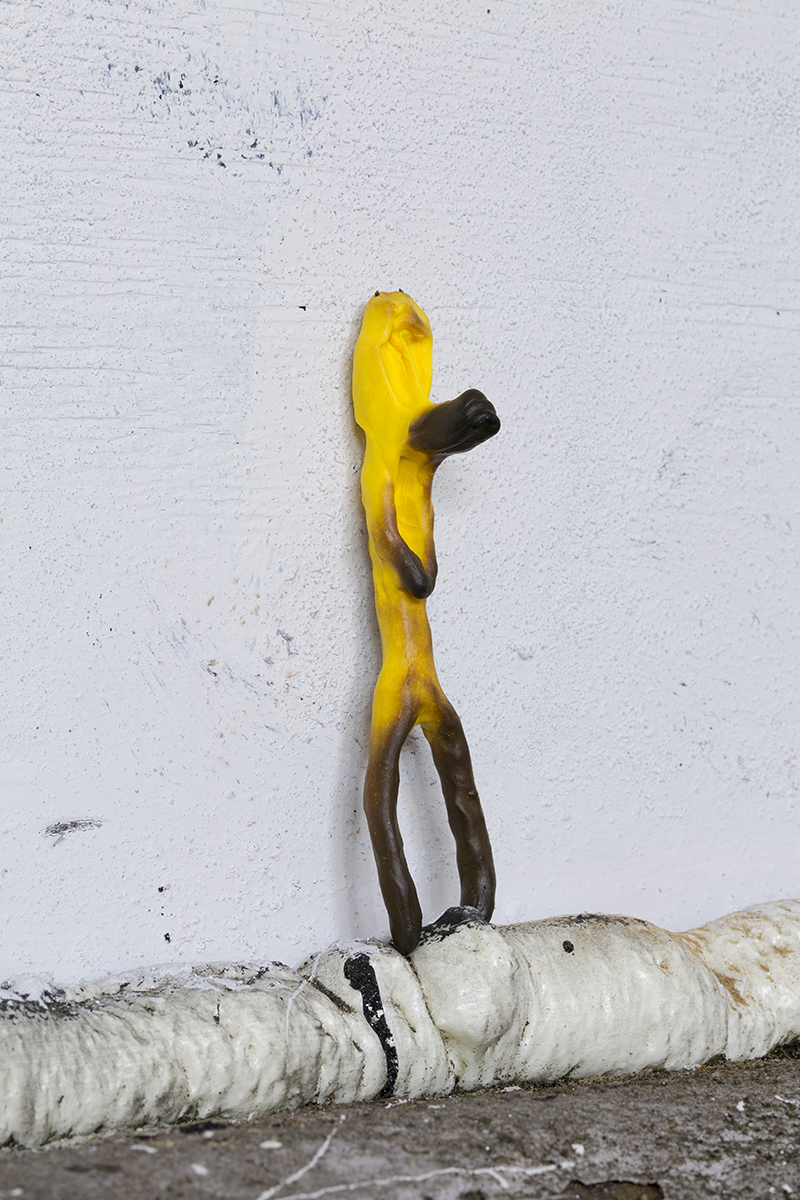 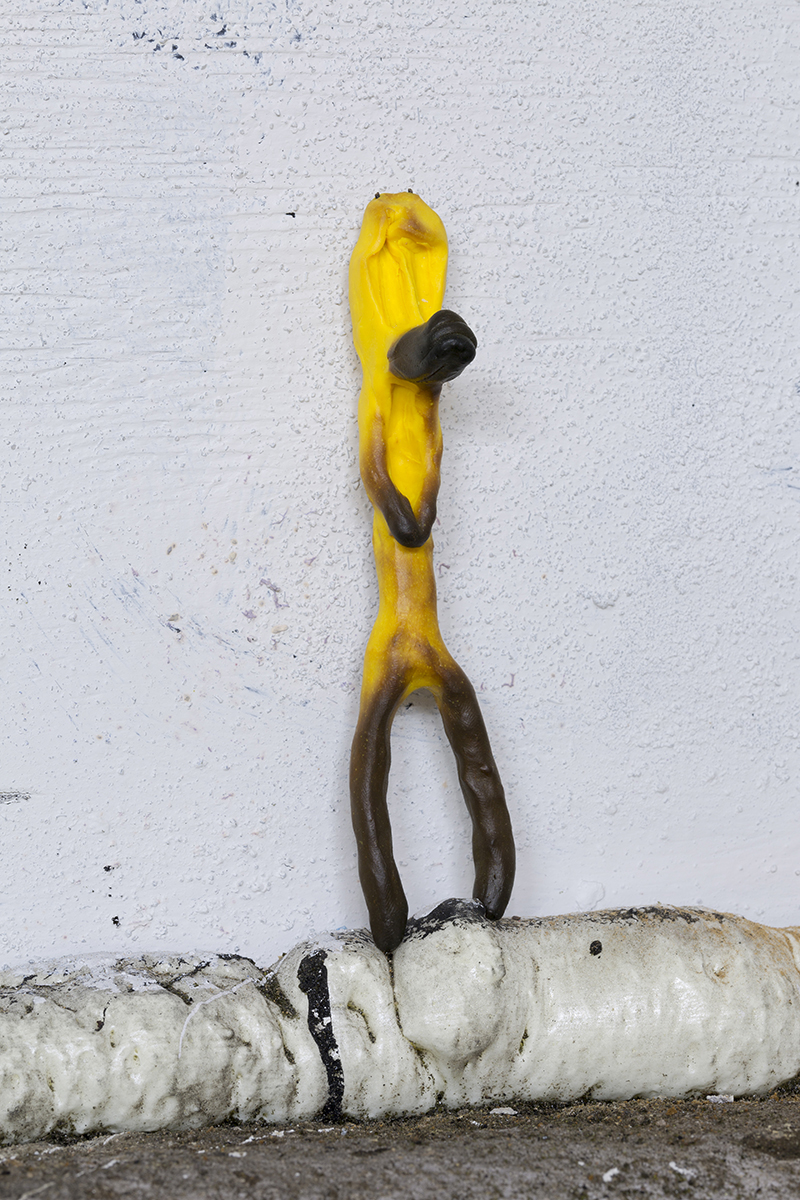 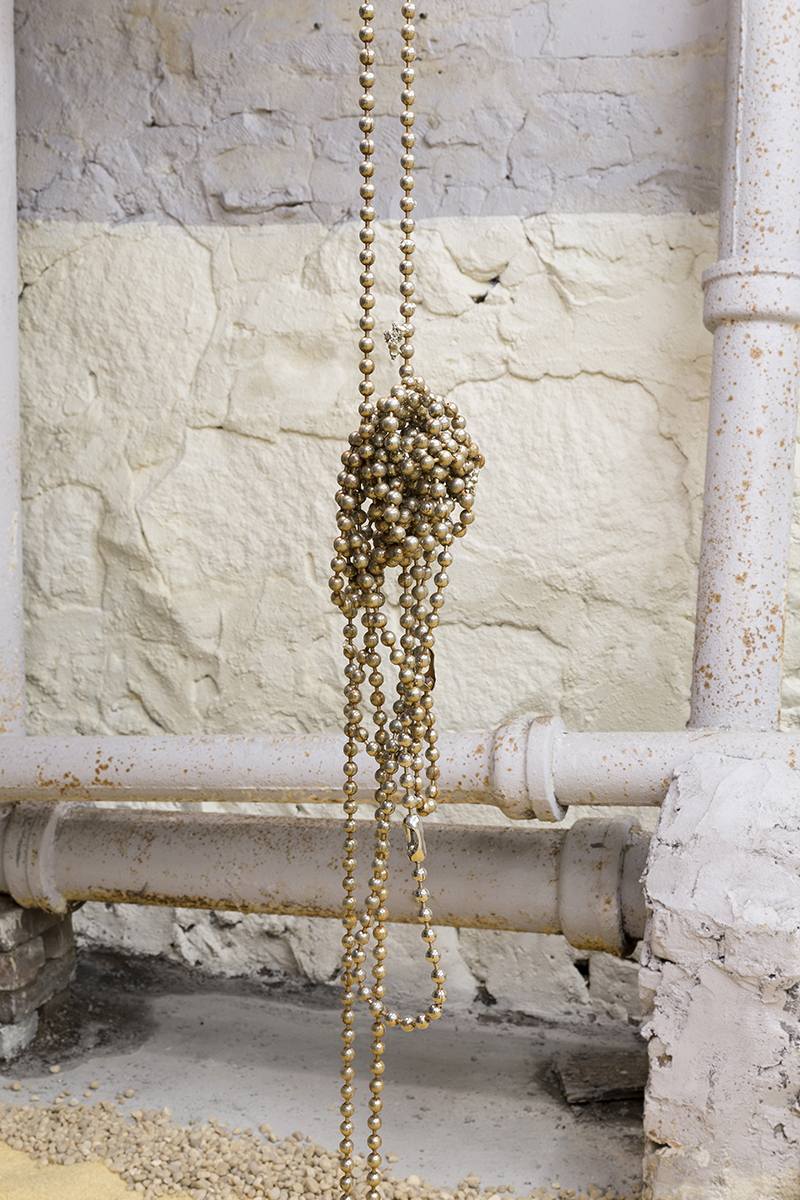 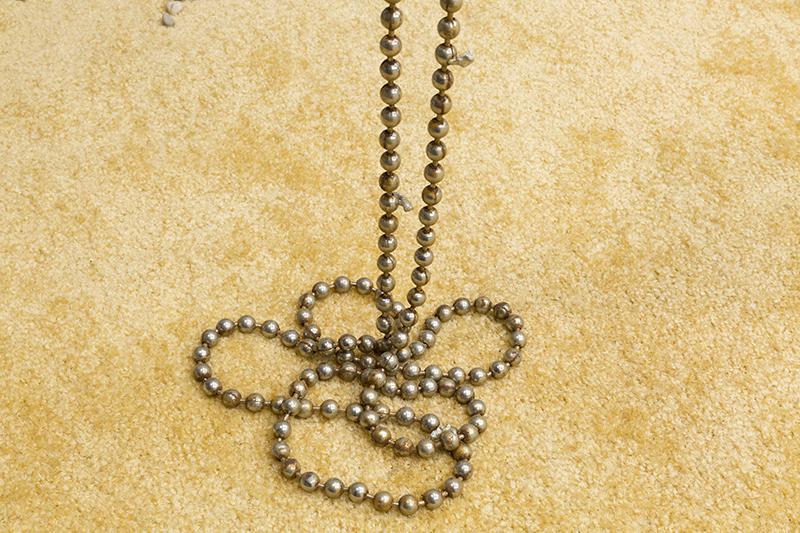 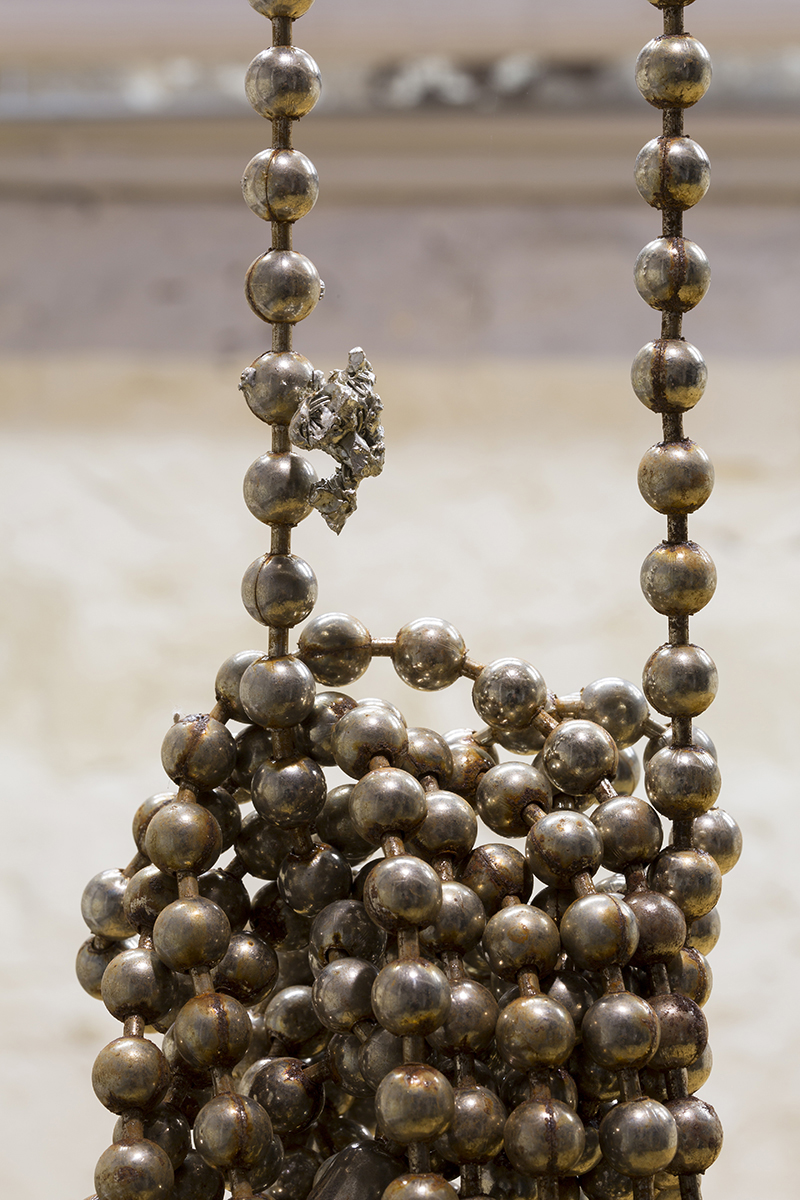 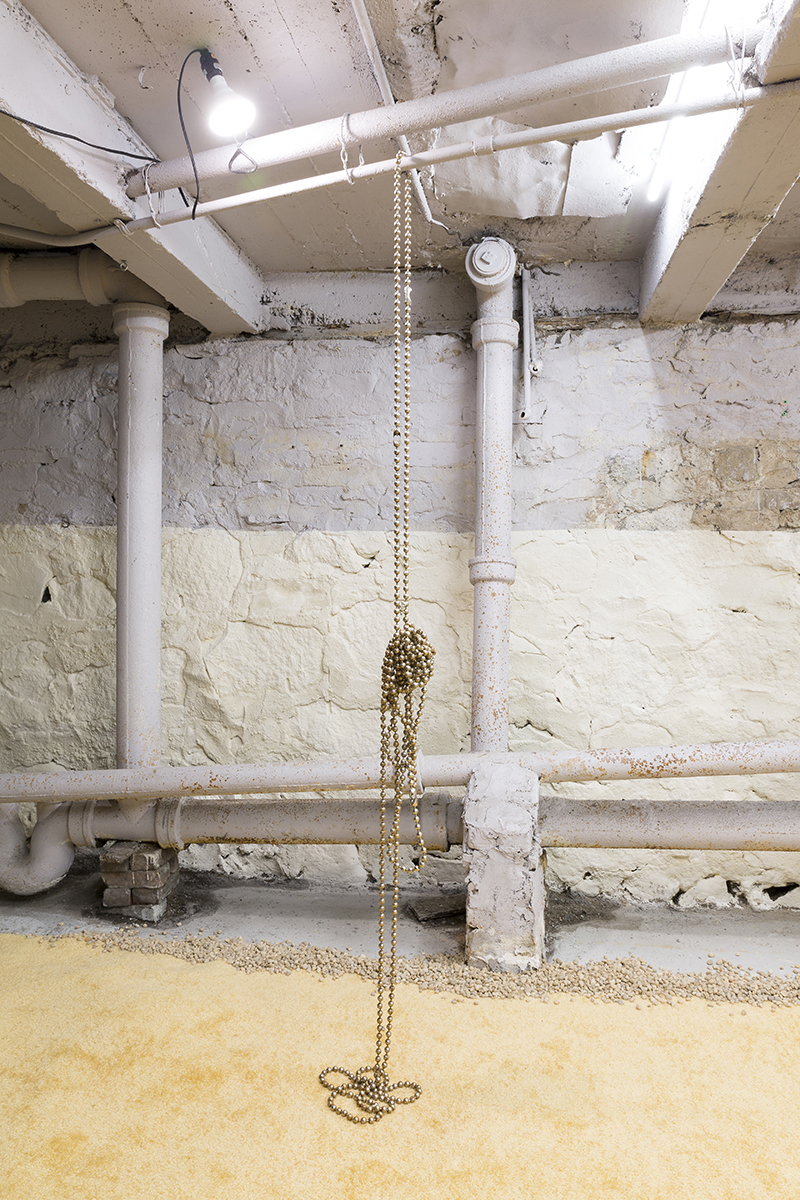 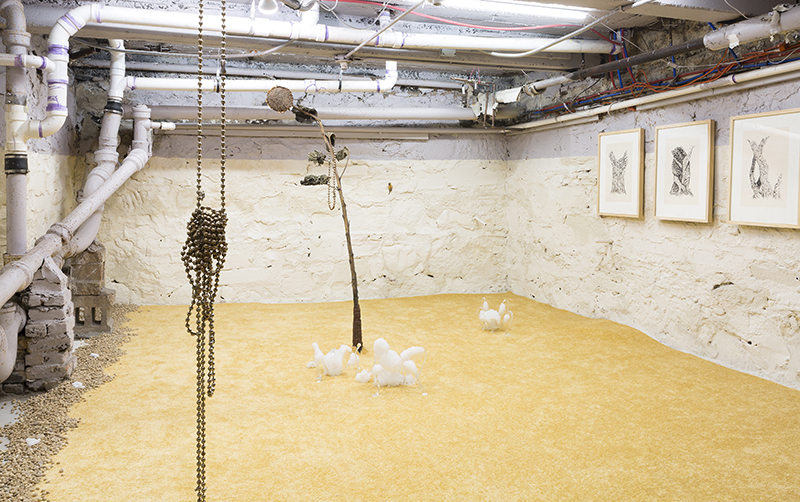 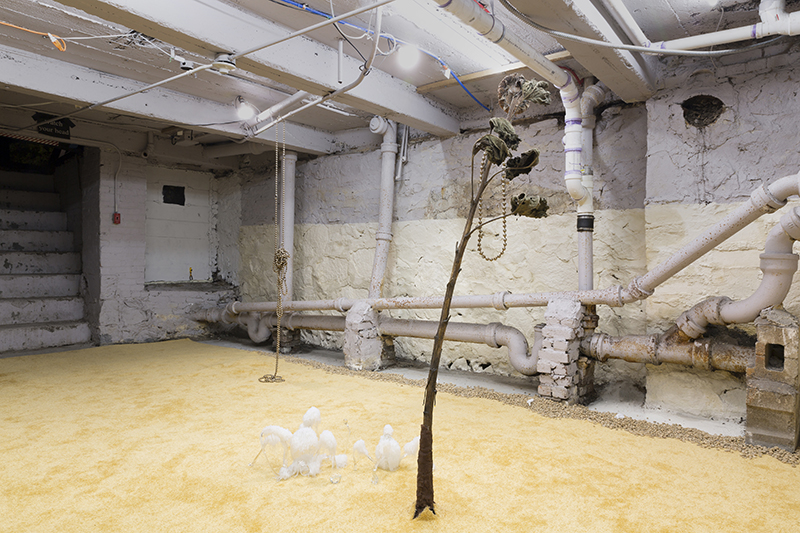 In all made of tender flesh, all put together, Sessa Englund looked to the color yellow as a symbol of duplicity. Throughout history, this color has been given almost competing symbolic implications. In the Protestant Swedish Church, yellow communicates withering and envy - but it also communicates the eternal light of God. It is both illness in the color of bile, and health in the color of golden wheat. Yellow can communicate wealth, when it resembles gold, and betrayal, when Judas Iscariot is depicted wearing yellow garb. The yellow contagion flag flown by ships in harbor was at one point used to signal that it was under quarantine. This signal later reversed meaning, where a solid yellow flag meant that the ship was not under quarantine and ready to be inspected.


In this exhibition, Englund has focused on the in-betweenness of their chosen materials. Everything is intermediate, shifting from one meaning to another. The color yellow acts as a singular symbol for perpetual uneasiness. All of the work in this show has been cast in this light, either literally or thematically. The floor of the gallery will be covered in a golden-yellow carpet, creating a warm sickly aura throughout.
The artist’s choice of materials embodies a tension between the natural and artificial. Spider-like creatures made of glass rest on the carpet, covered with dots of silicone which look like scales, or fur, or feathers. Curved yellow forms with burned flesh seem to writhe. Their texture evokes the skin of a bell pepper, while their shape resembles braided dough. The charred sections wither like discarded snakeskin. Made from this same material, creatures with elongated faces open their mouths, singing to the glory of God, or perhaps deformed screams, either from pain, fear or demonic intent. An engorged, elongated ball-chain necklace hangs rusted dark red and yellow from the ceiling, having lost its shine and polish and crushing in weight. Glass castings of crossed fingers signal towards hope and optimism, yet their pale transparent features feel empty. A looming dead sunflower stands upright, emerging as a once-yellow carcass of an iconic symbol of warmth and sunshine.
About Sessa Englund
Sessa Englund (BFA from School of Art+Design, SUNY Purchase, 2013) draws objects from personal experience to create menacing yet seductive sculptural work. Utilizing the initial lead of an autobiographical experience, Englund taps into and activates the innate socio-political framework of a material. Past solo presentations include ‘A suspended state in last’ at The Re-institute Baltimore, ‘Sympathy for Trolls’ East of Elsewhere Berlin, and group shows: ‘Fatal Attraction’ at Themes Studios London, ‘Games of Ceres’ King’s Leap NYC,  ‘Somethings come between us’ at Songs for Presidents NY, ‘Changelings’ at the Flying Dutchman Gallery in London, ‘AADK Residents Showcase’ at AADK in Blanca Spain, ‘Bodacioussss’ at The Museum of Contemporary Art in Denver Colorado, ‘Publish or Perish’ at Transmitter Gallery in Brooklyn NY. sessa.website