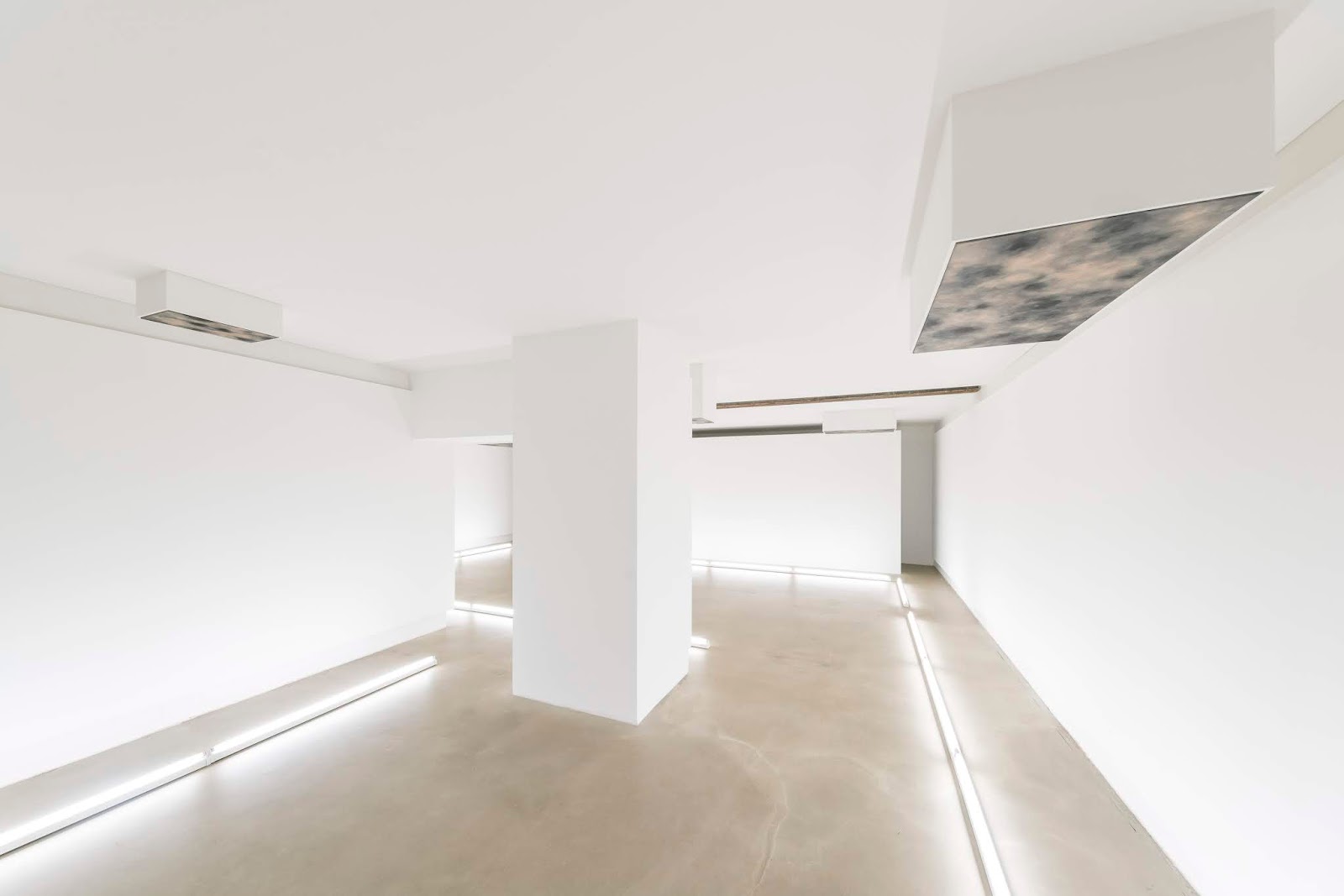 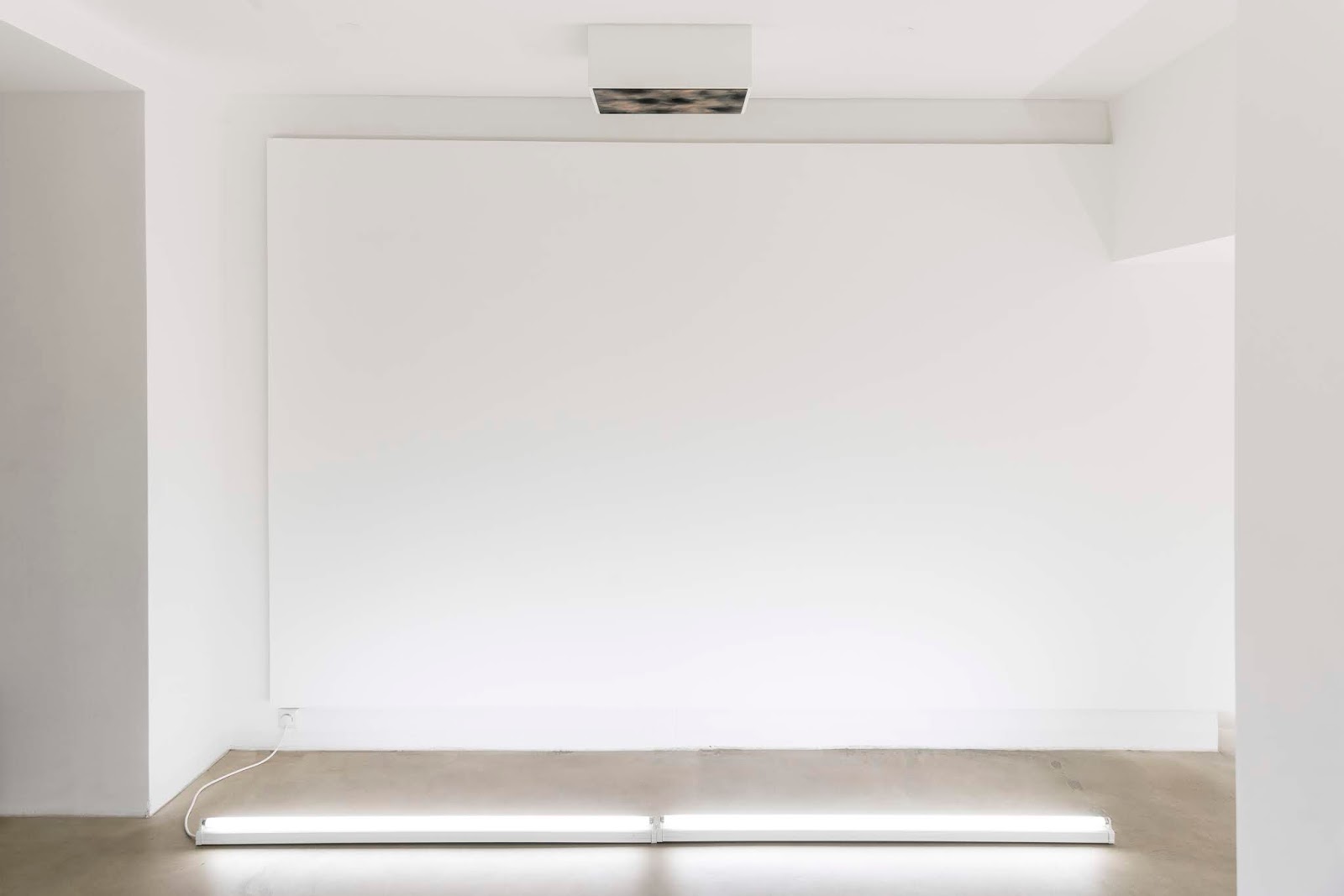 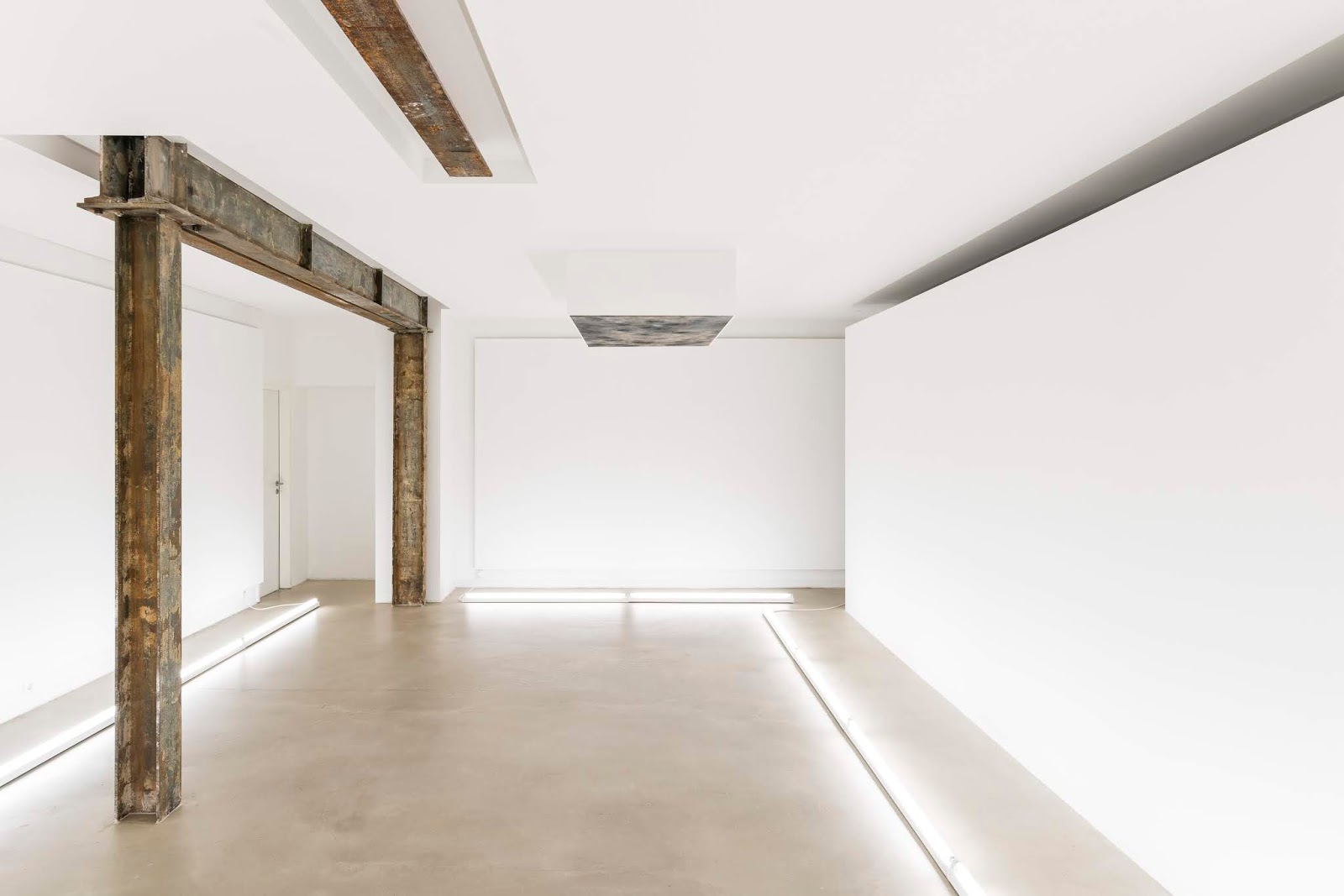 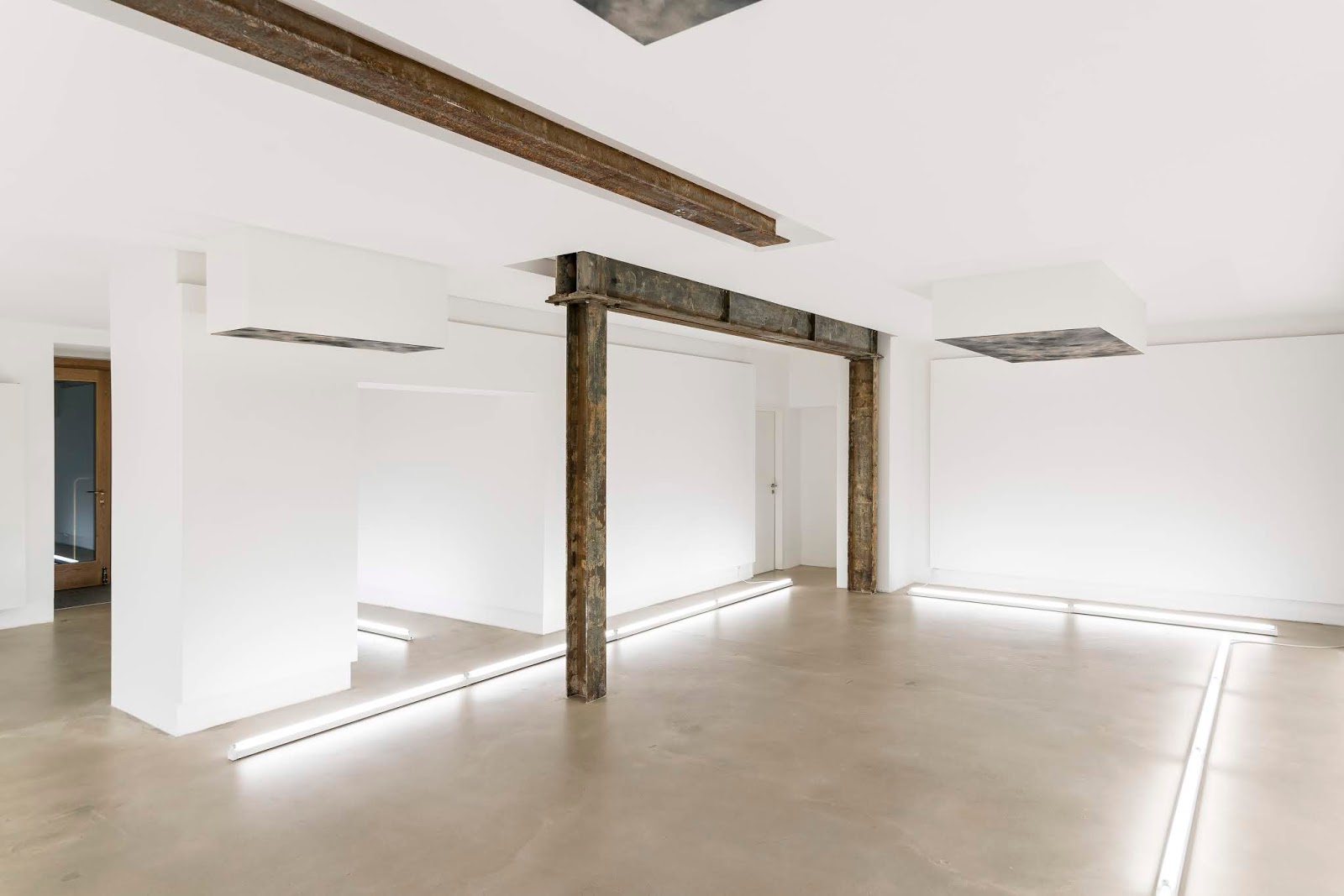 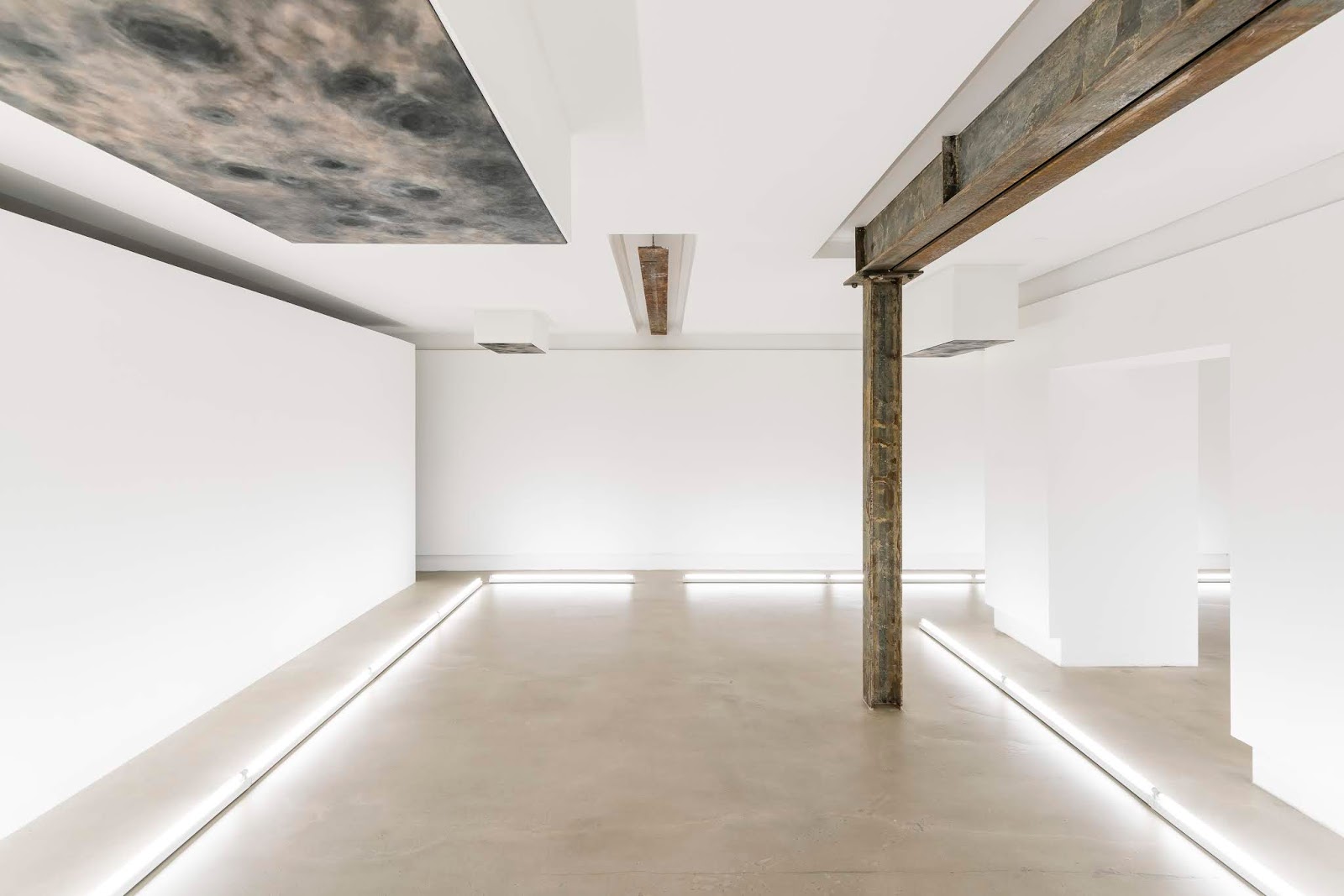 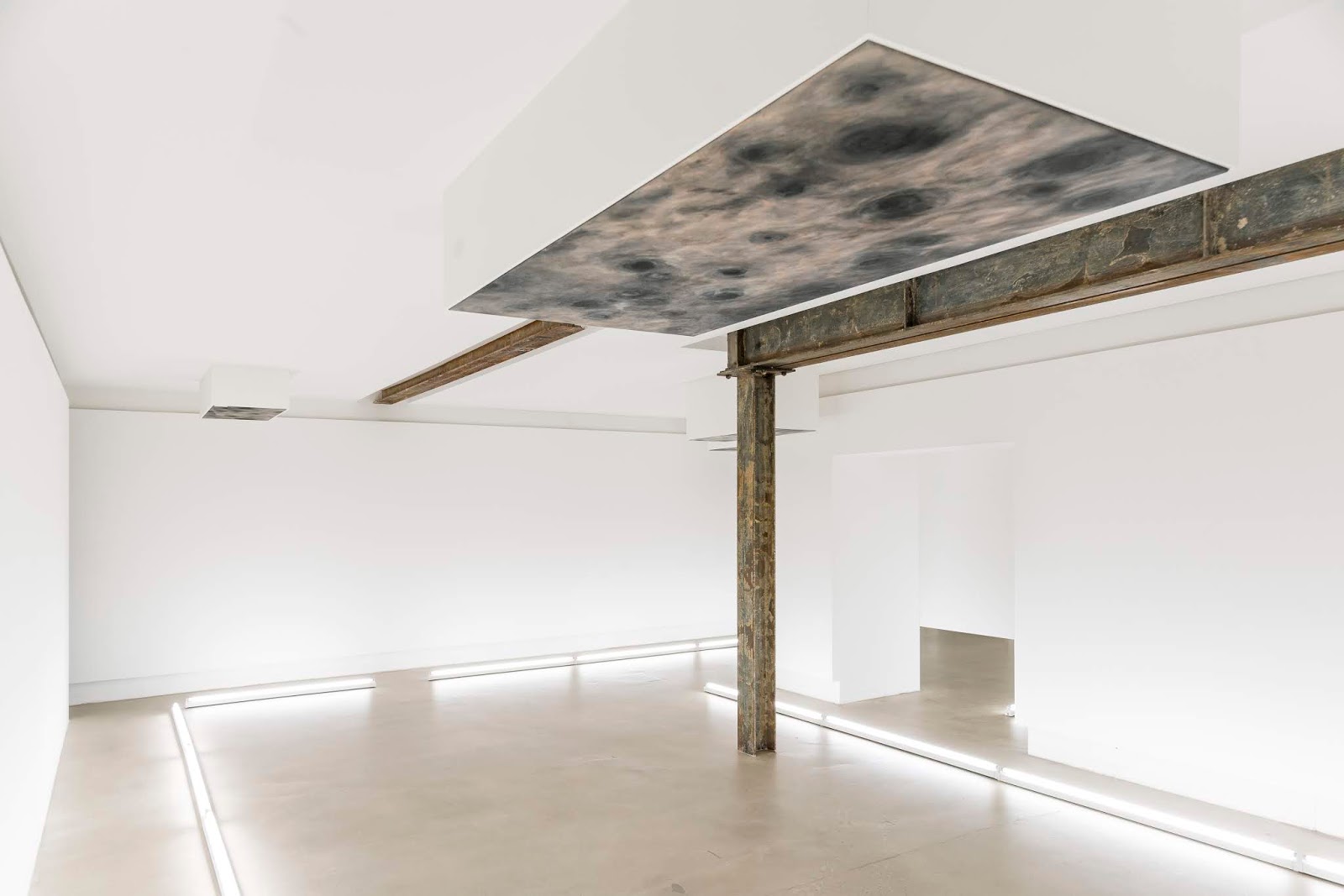 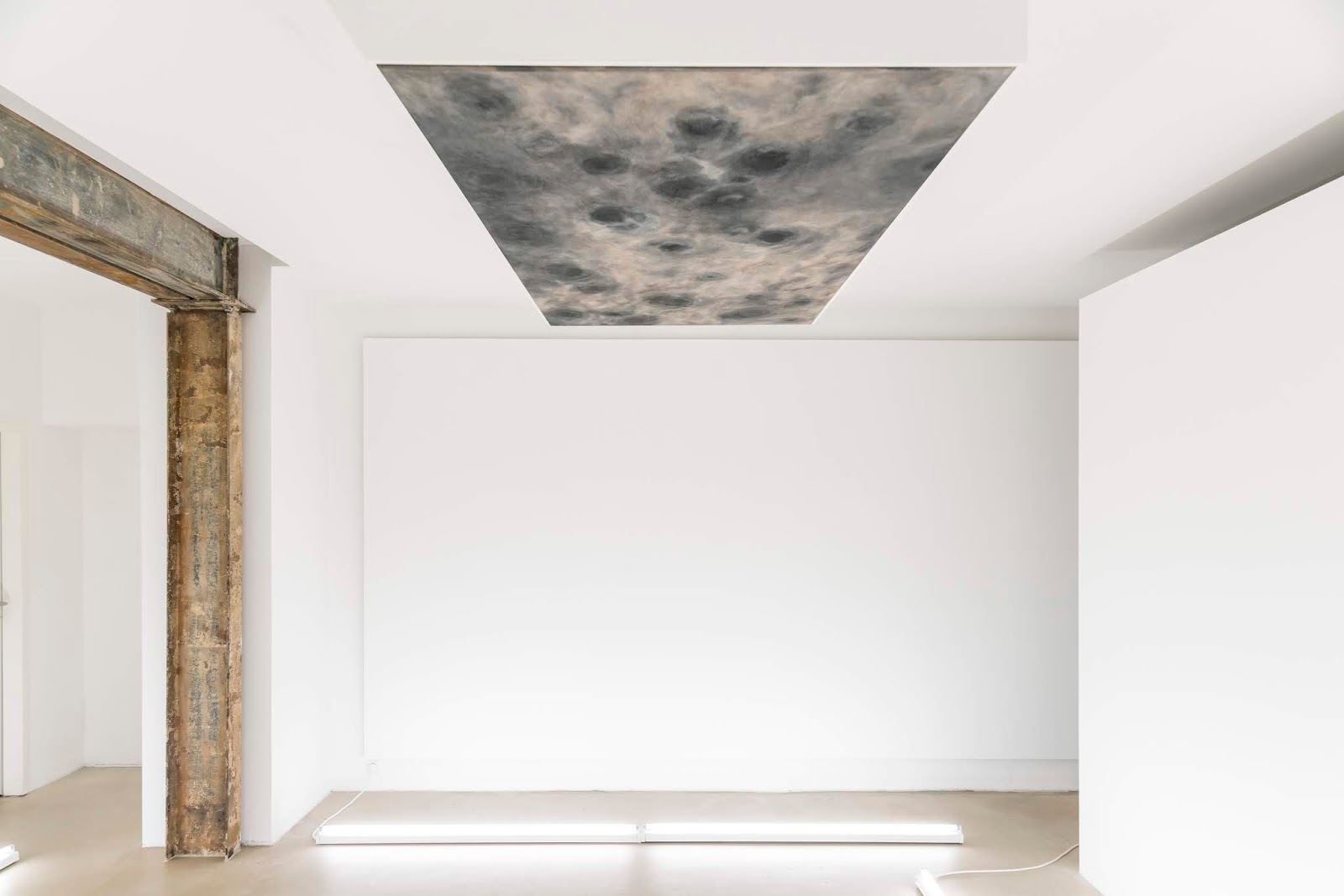 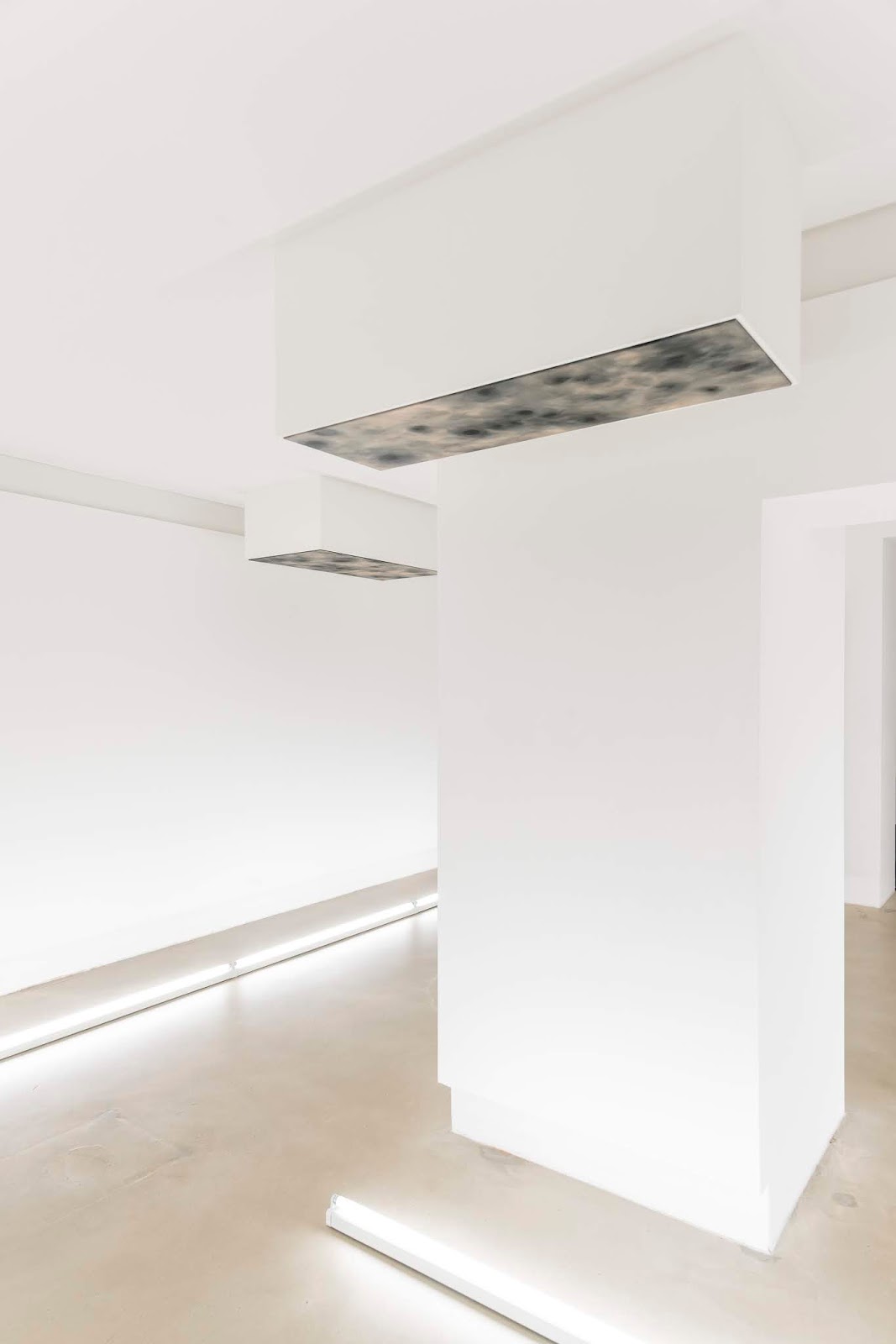 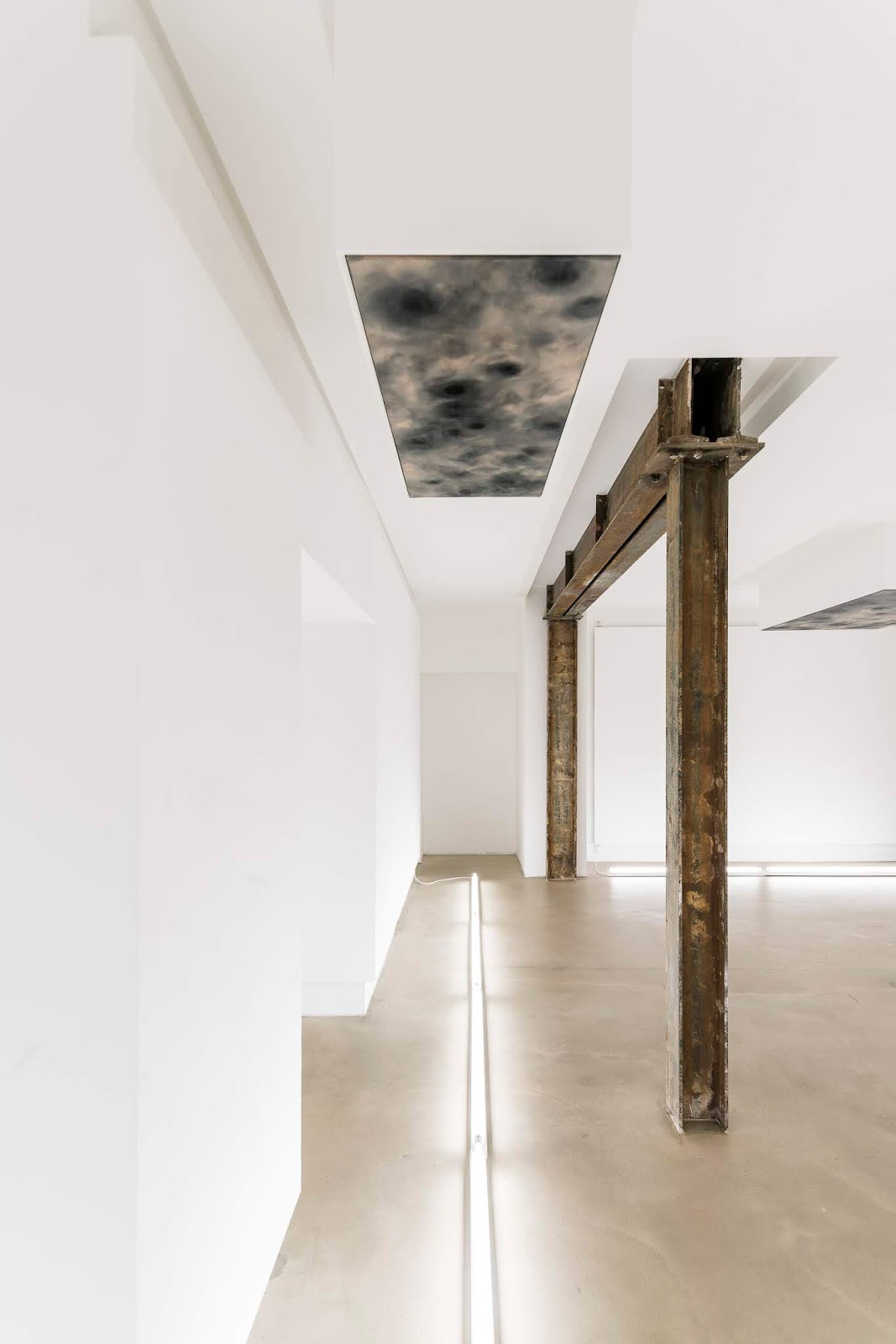 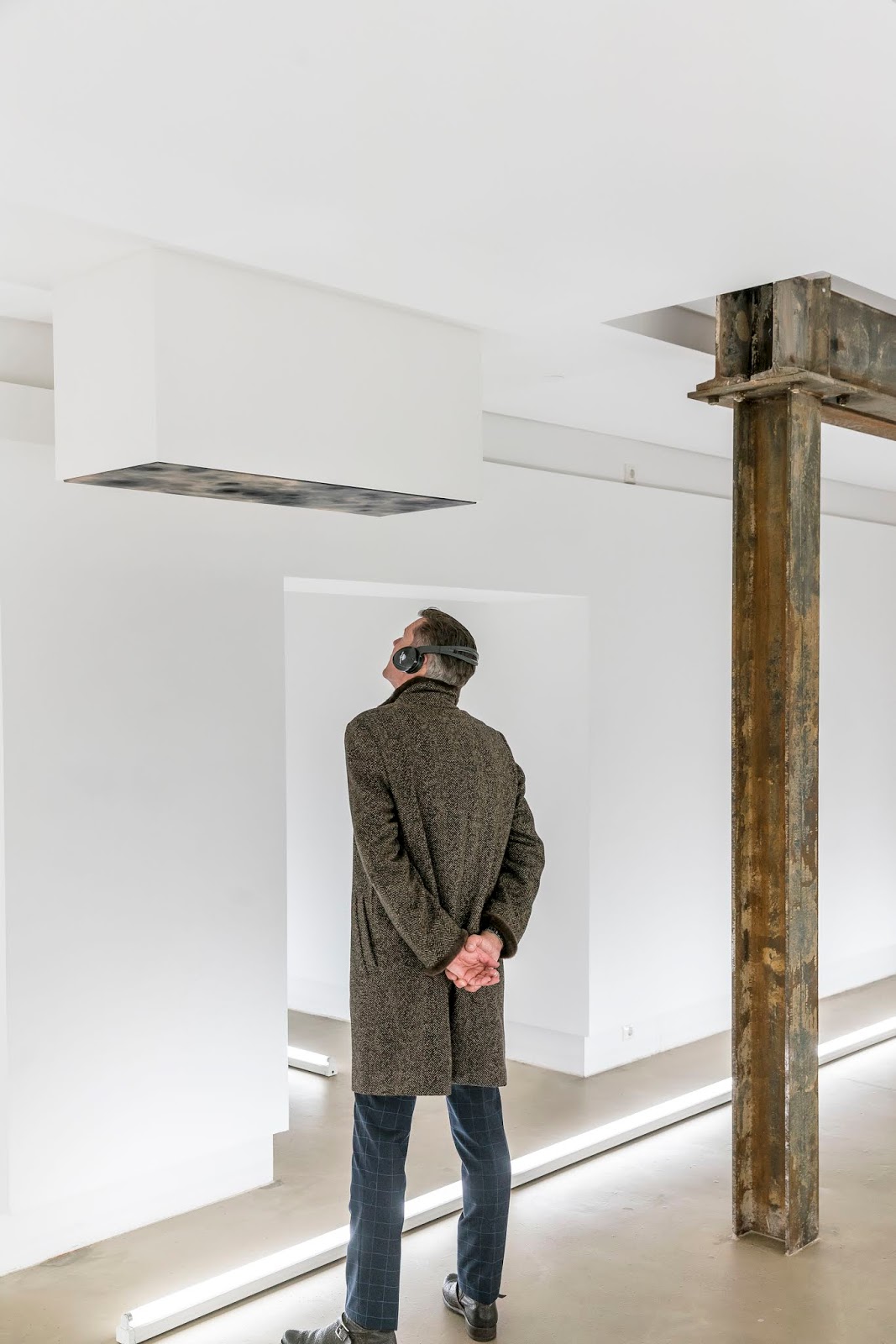 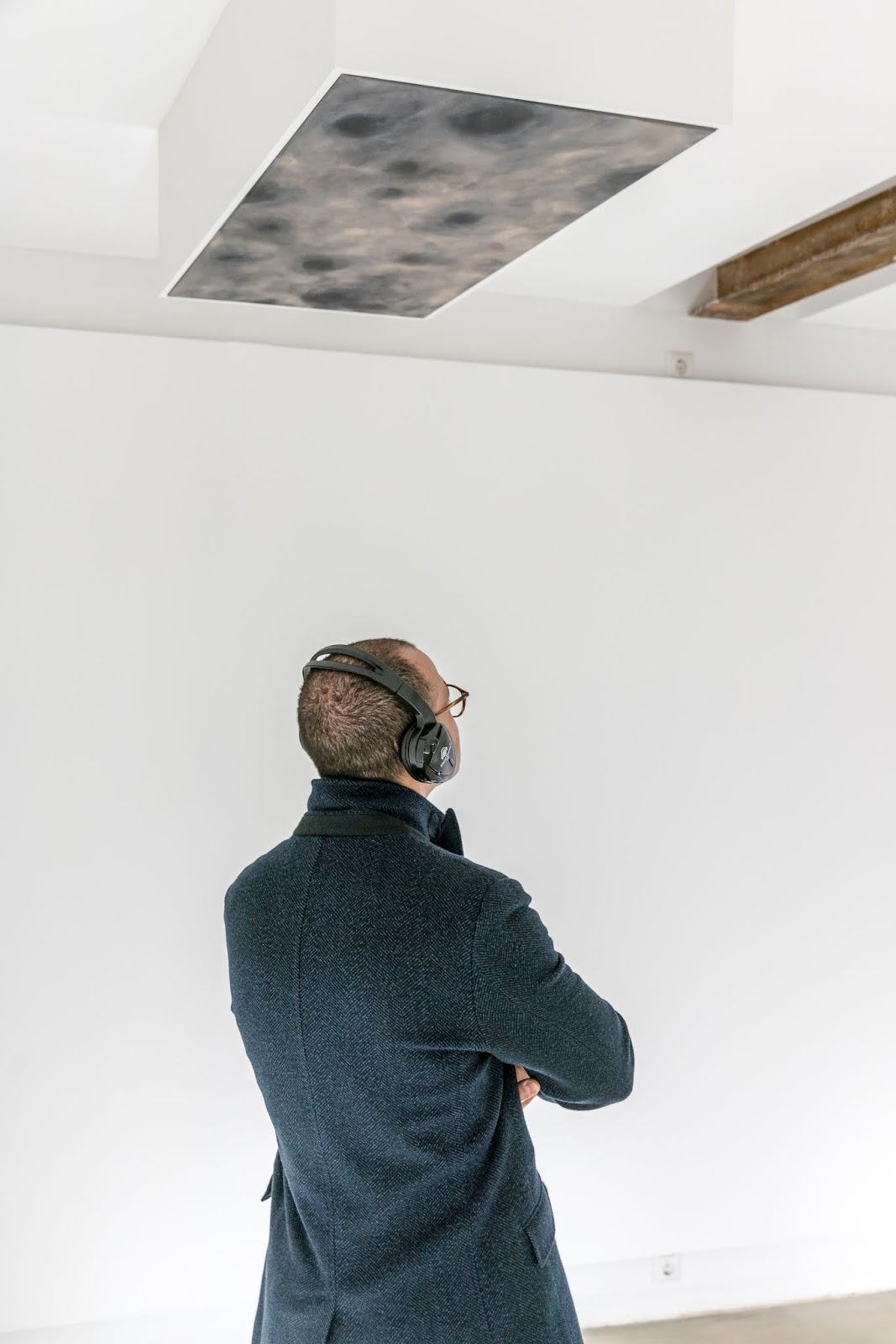 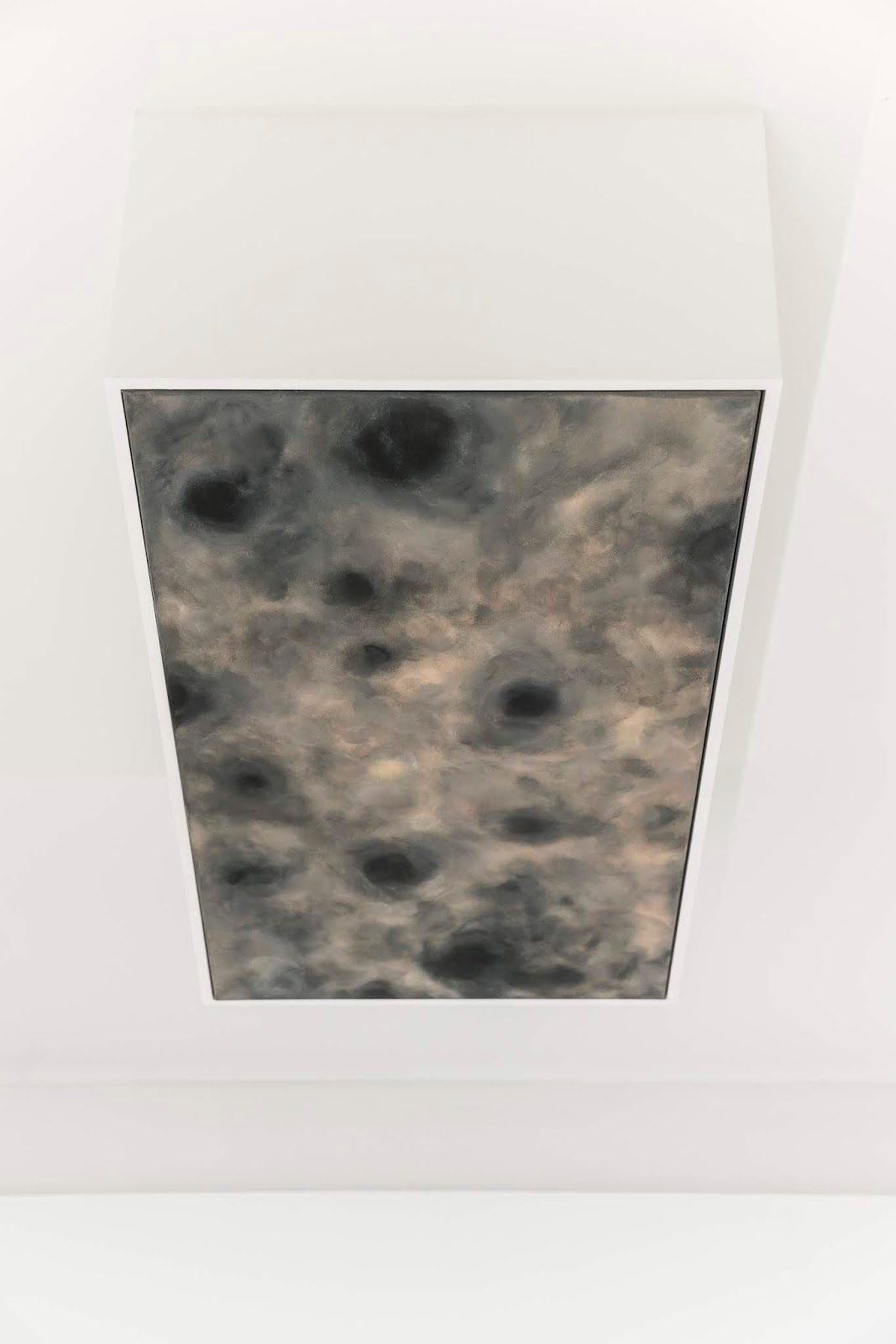 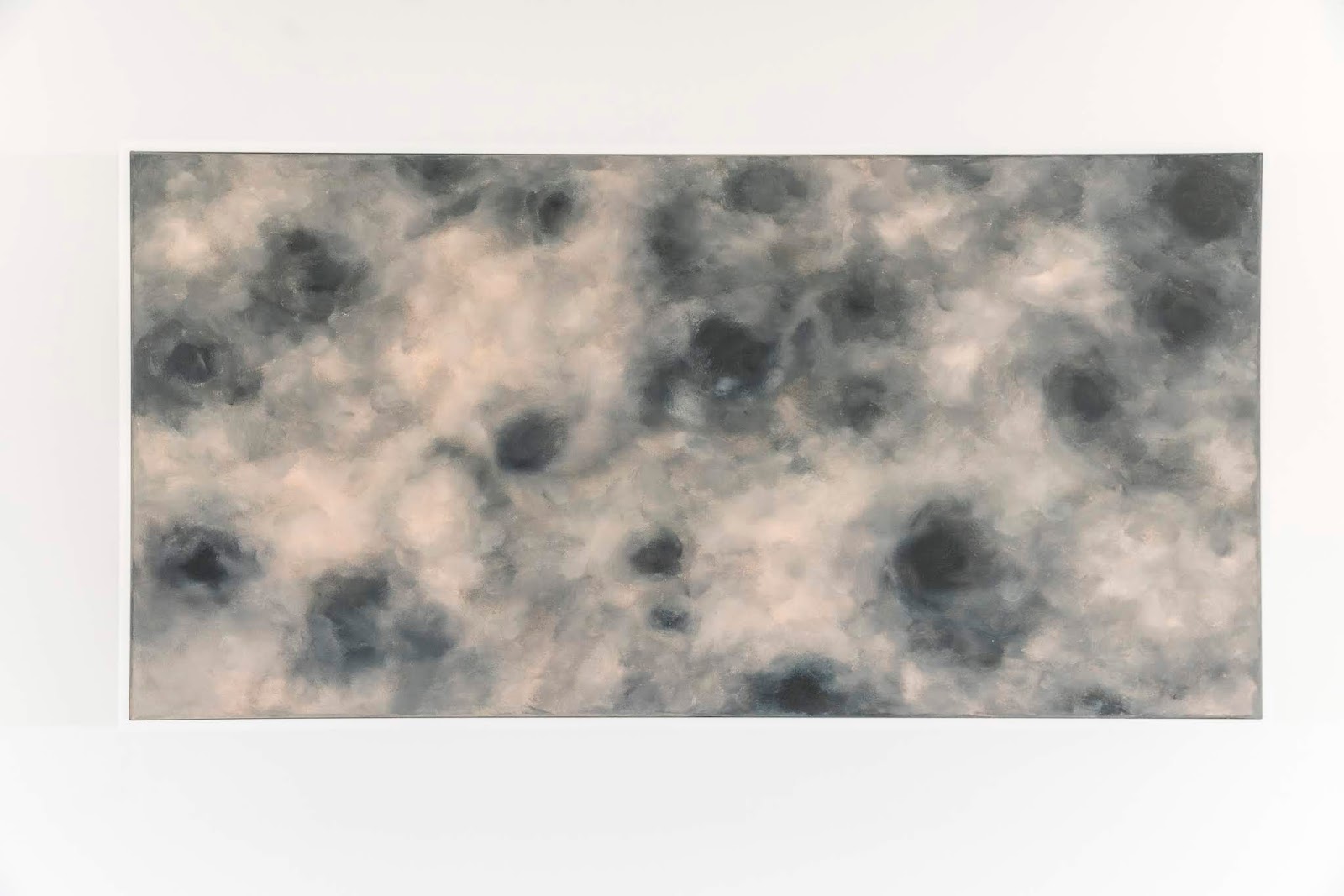 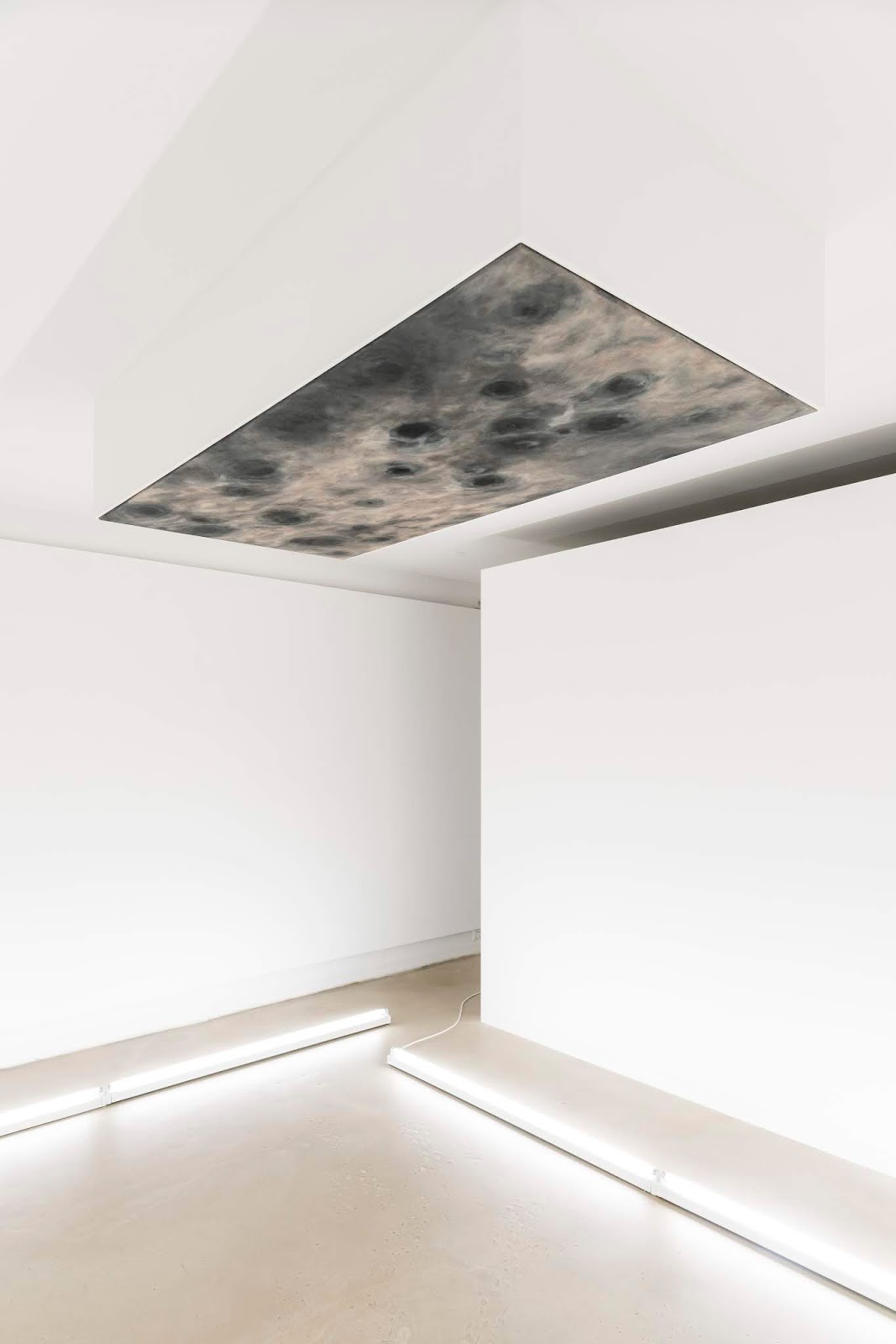 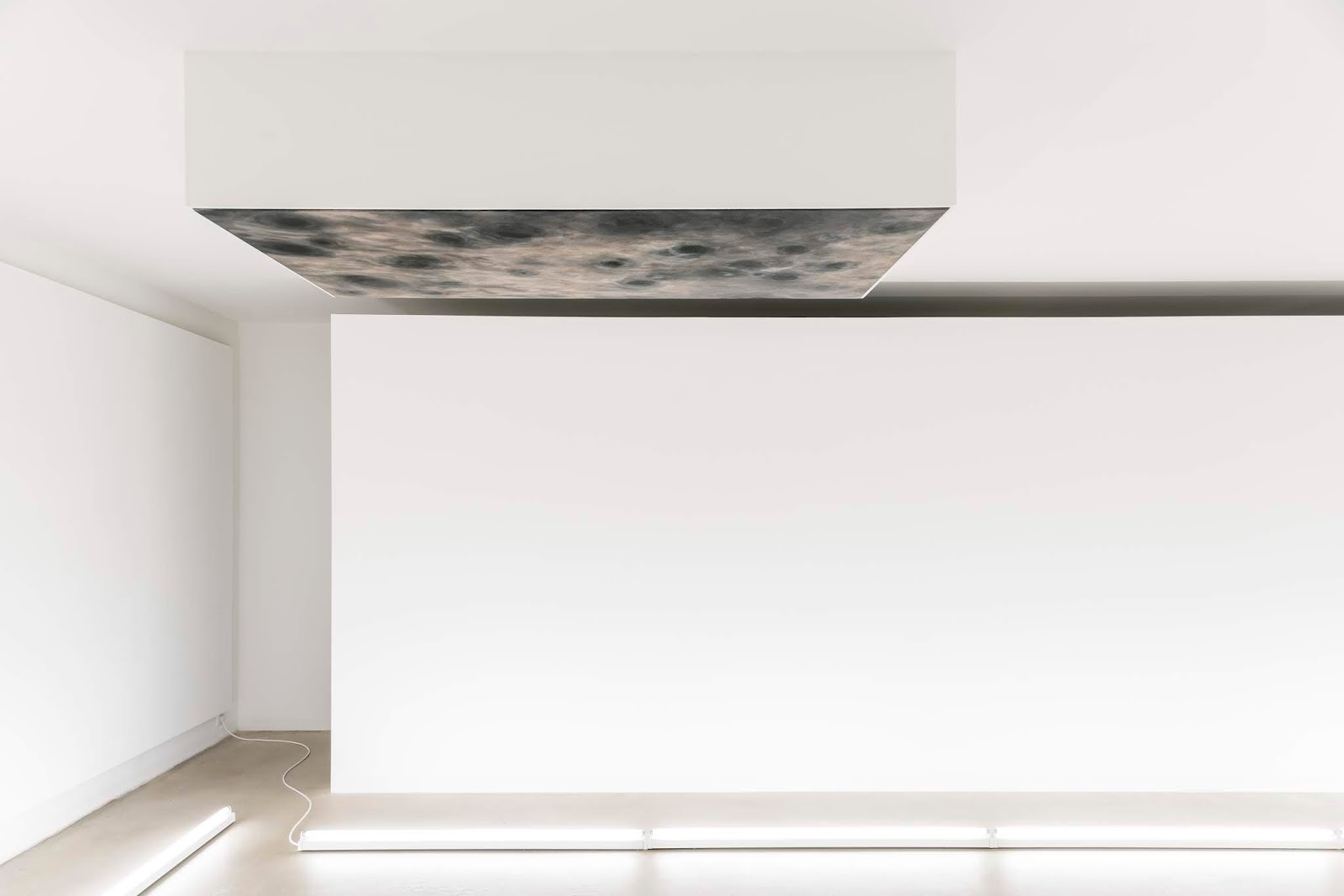 Aristotle’s understanding of “potentiality” seems to be throbbing beneath the walls of Nir Altman’s gallery, where all the elements coming into play are continually seeking something which is unspoken but developed for the entire duration of the exhibition. The sustainability of this duration is almost bearable as demonstrated by the sculptural elements supporting the walls to highlight a breach, a laborious process of unveiling where the sacrality of time is articulated by musical repetition.
The title of the exhibition Selected Ambient Works 85-92 clearly refers to the first album by Aphex Twin from 1992 and is a strong reference to Erik Satie’s idea of an ambient ‘music genre’. Satie’s omen was to allow for the possible creation of a music genre whose duty is the freeing from those kinds of banalities, dictated by the need for often useless logic. By overcoming possible acoustic pollutions, the genre would function as
a sonic carpet, something that would suggest a levitation of the environment wherein it situates itself. Just as a metaphysical amplification of what is already there, it facilitates the becoming of things and the fluidity of time and space. An elevation as such is actually a maximum slope towards the abyss. An irreverent search for matter itself, investigated throughout all the levels of its manifestations – acoustic, visual, tactile – which subsequently “extrapolate” itself in forms and sounds charged with connections.

The aim of this exhibition is to create not just singular works of art but, rather, a system. It is a construction of gathering elements that seems to be extracted from and worked into the same place where these elements are situated. Thereby, they are collectively reflecting on the traces of unconsciousness and its transitory conditions. This ingrediants reflect upon the relationship between the mind and the object, upon their consanguinity, the graduation of intermediary mediatic spaces, their communicability, the subtle optic cross-references, light and darkness, upon joined oppositions and the upturning of habits. The goal is to open a path towards a new acknowledgement for artistic production as an environmental “method” on its own. What is researched through this alternative paradigm would not figure as the relationship between the artwork and its surrounding environment but rather as one that hands over the microphone to this very same environment.