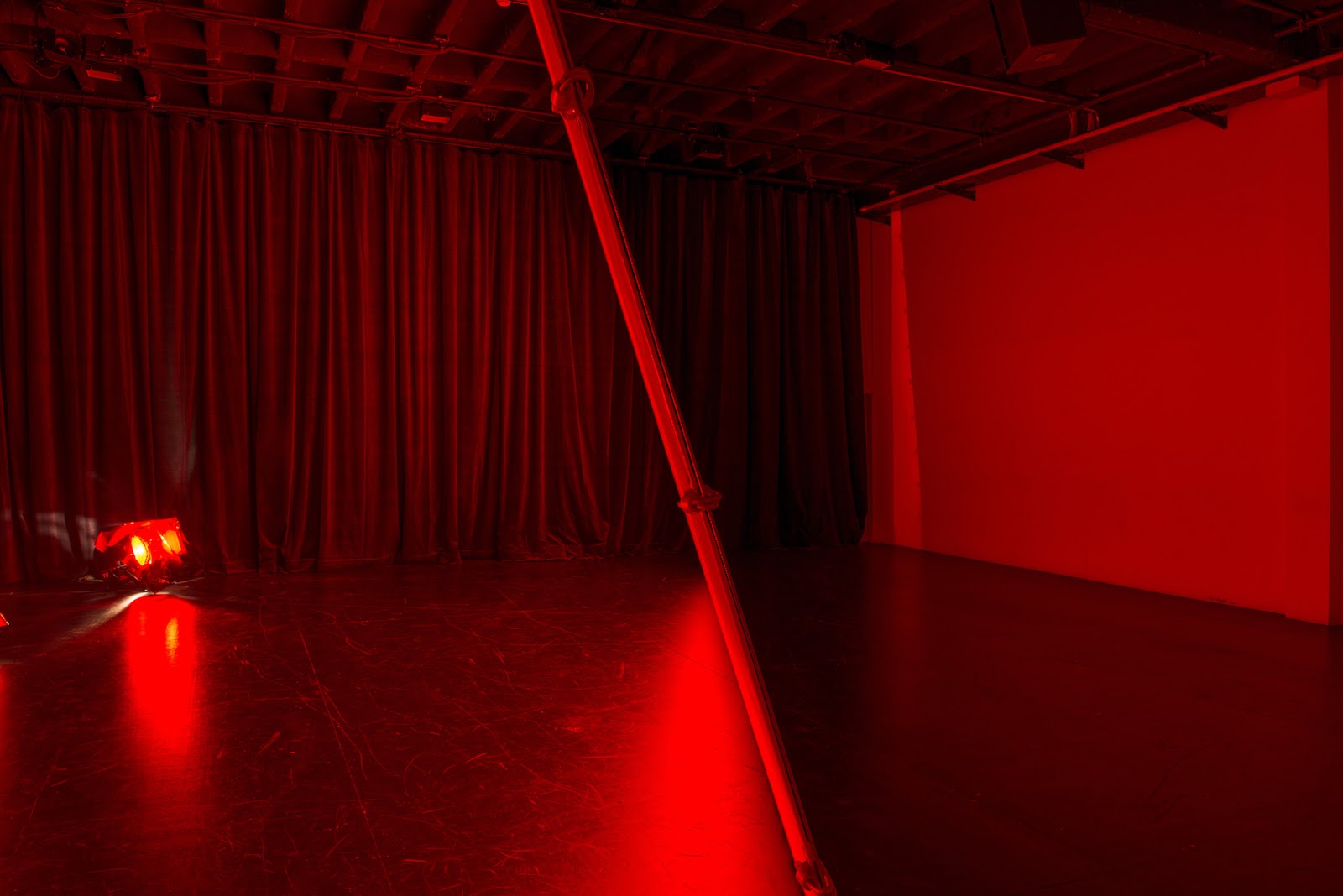 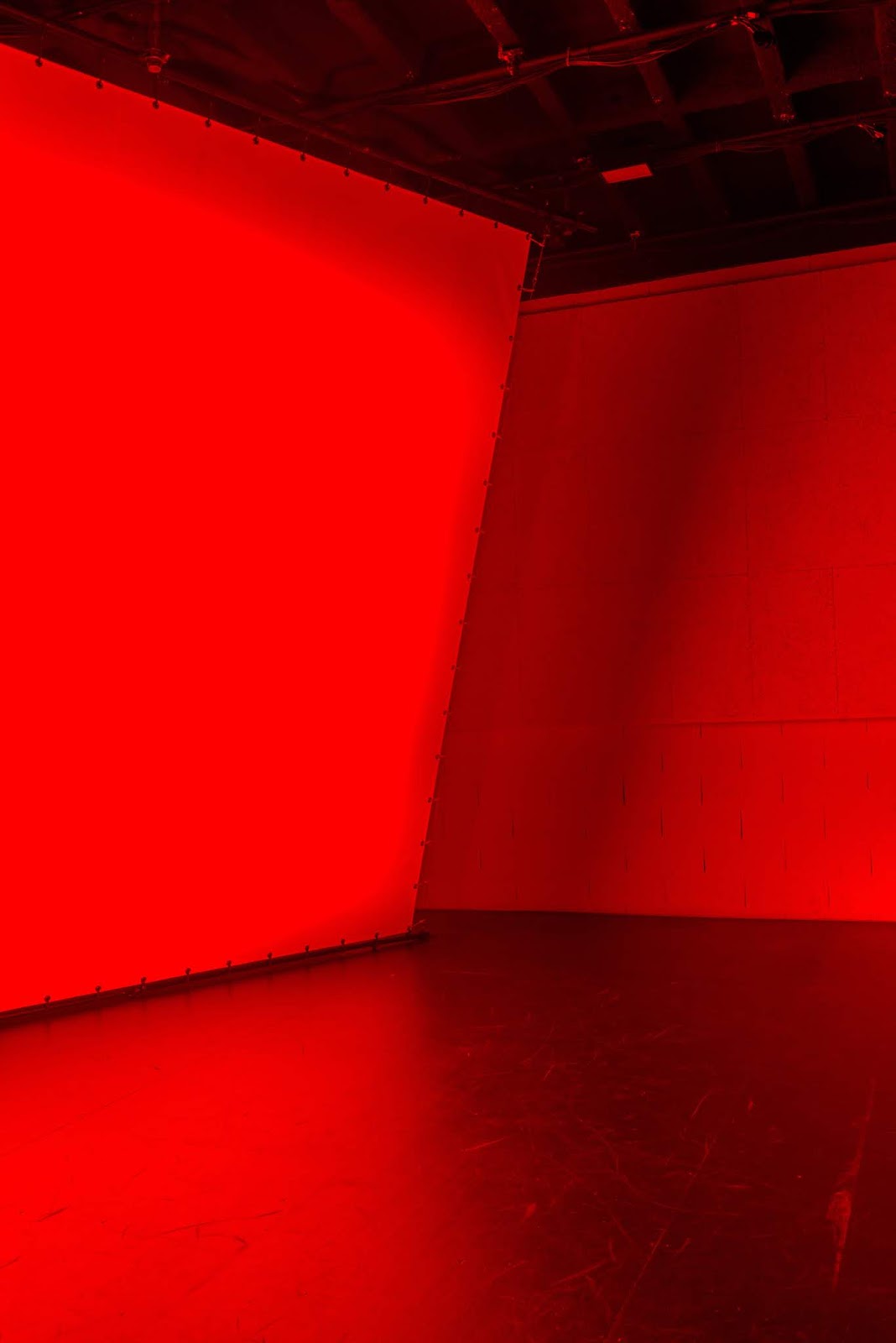 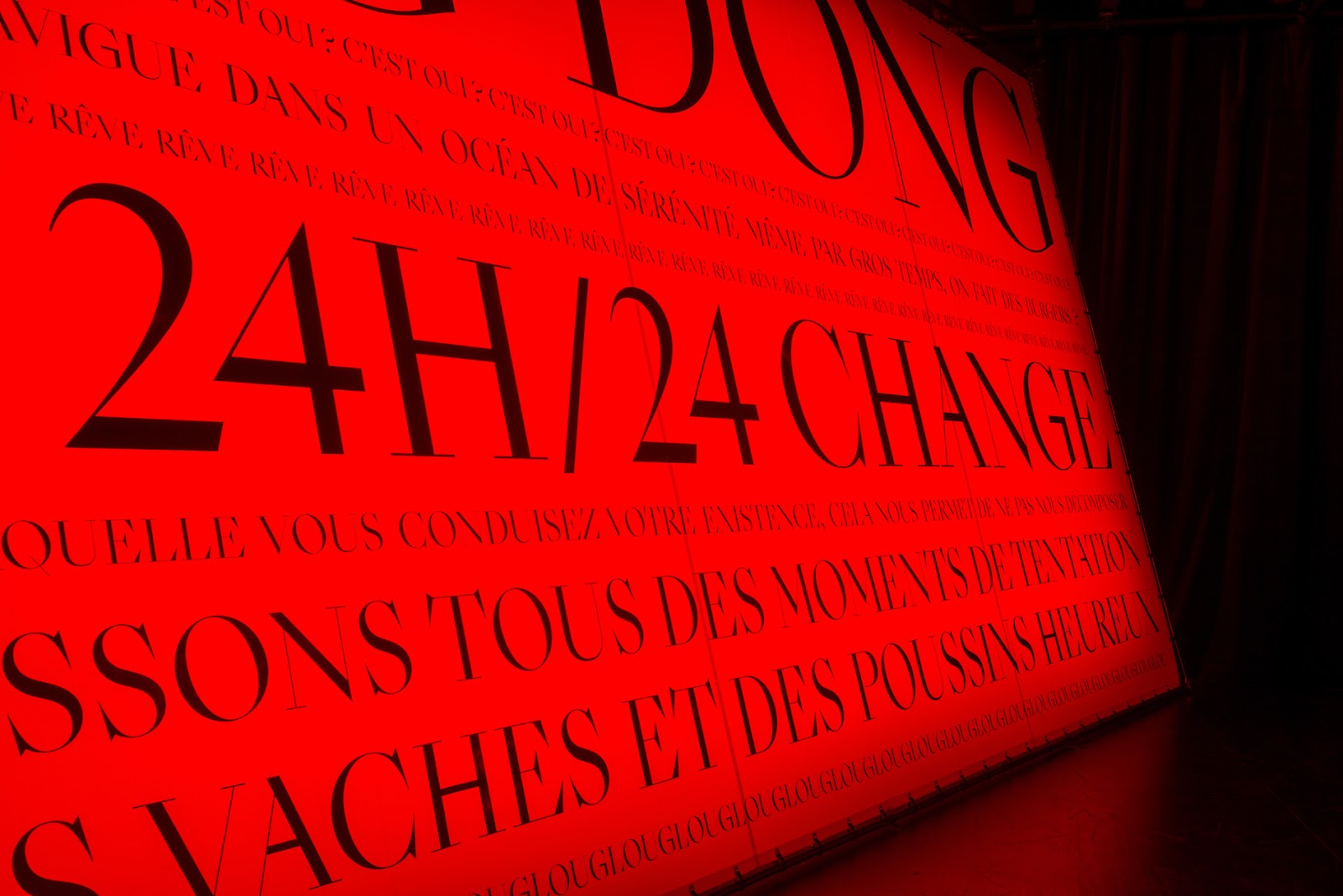 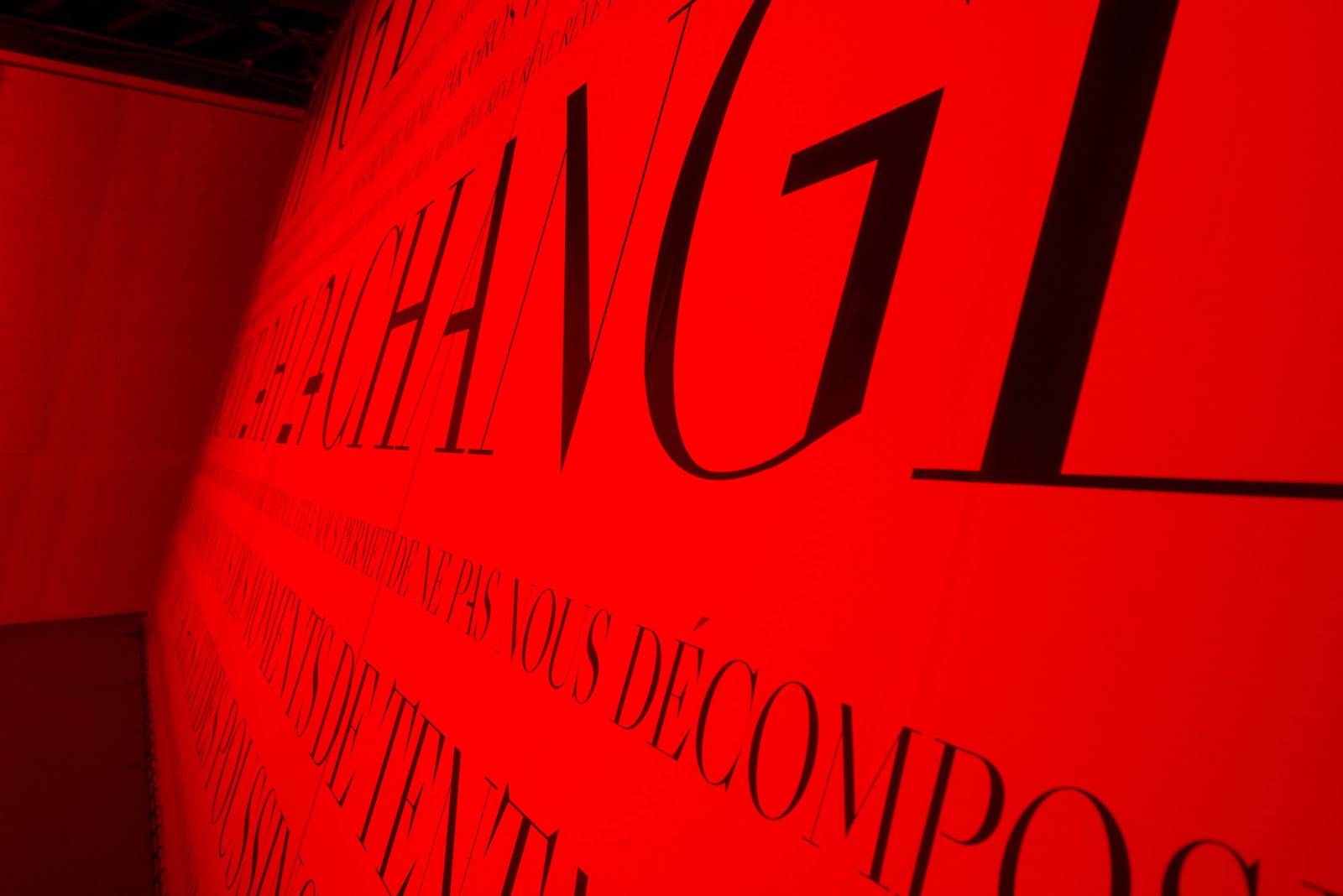 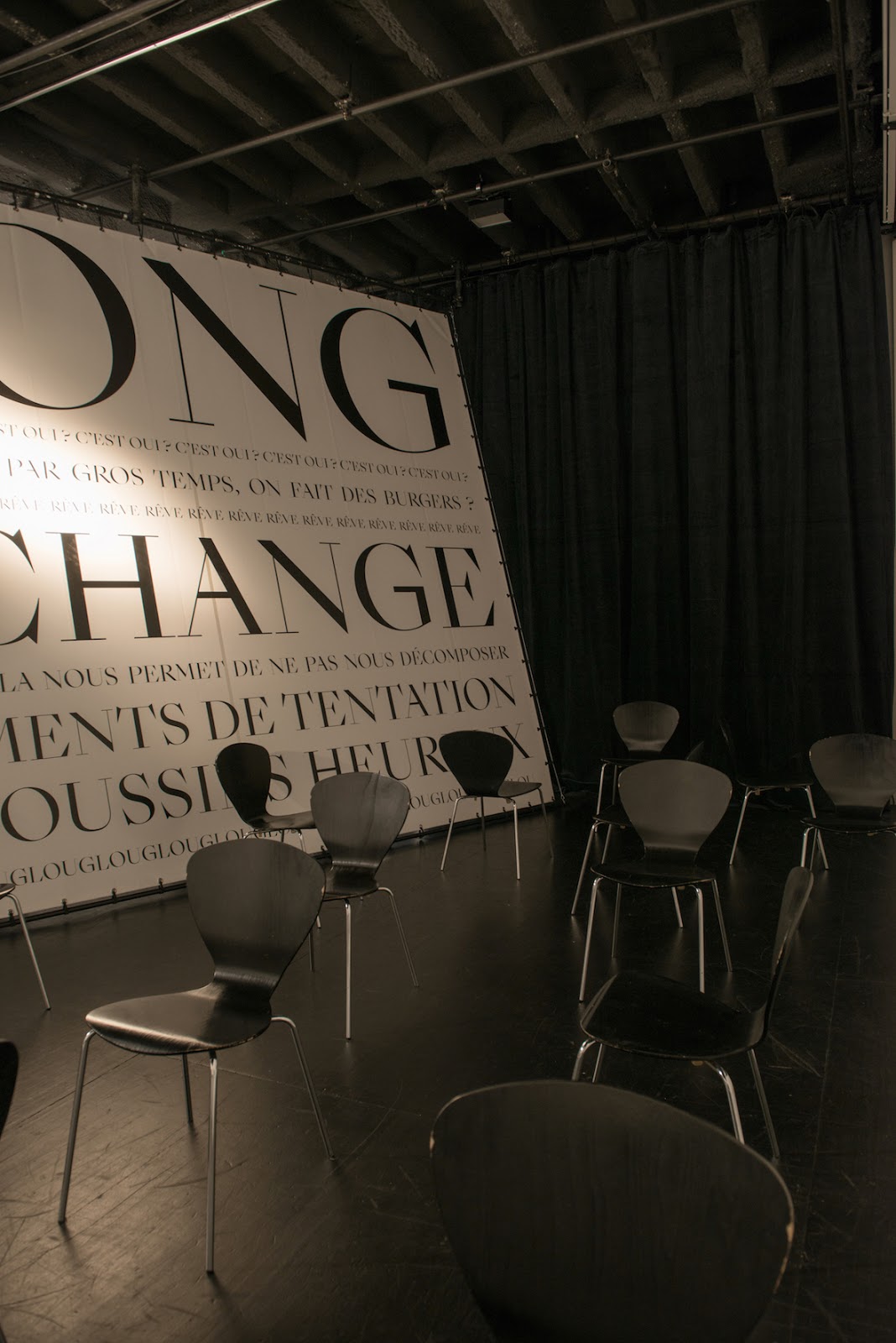 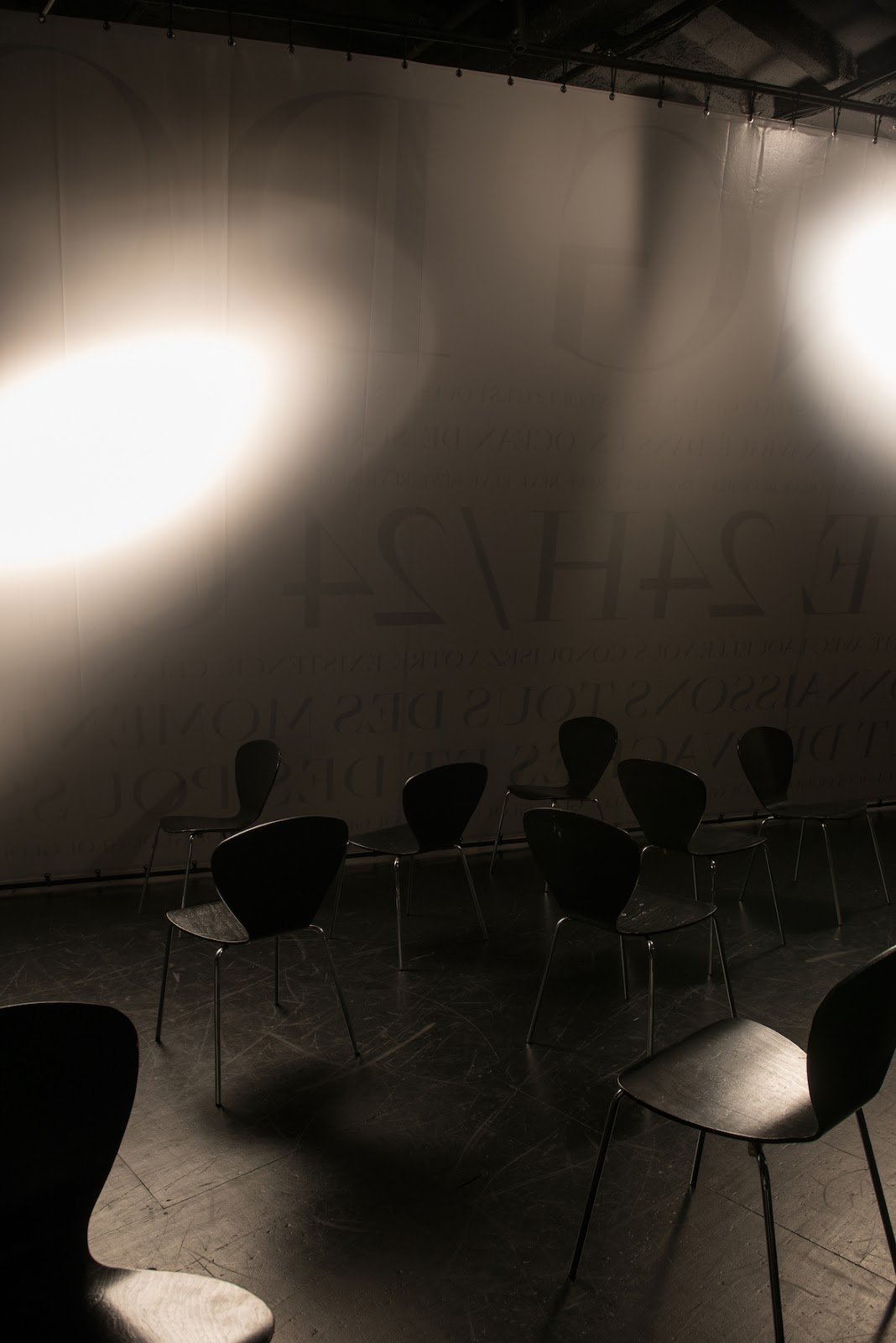 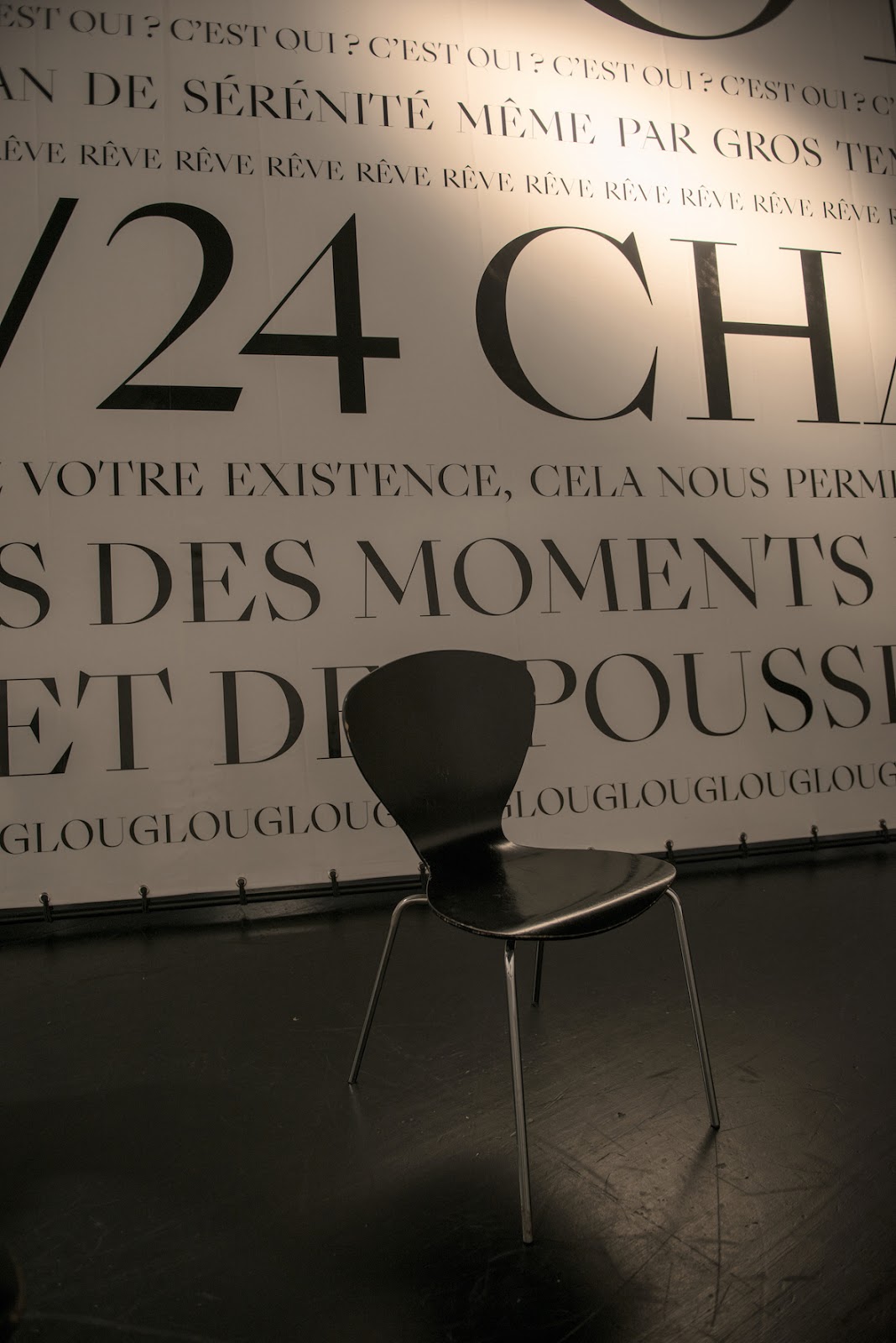 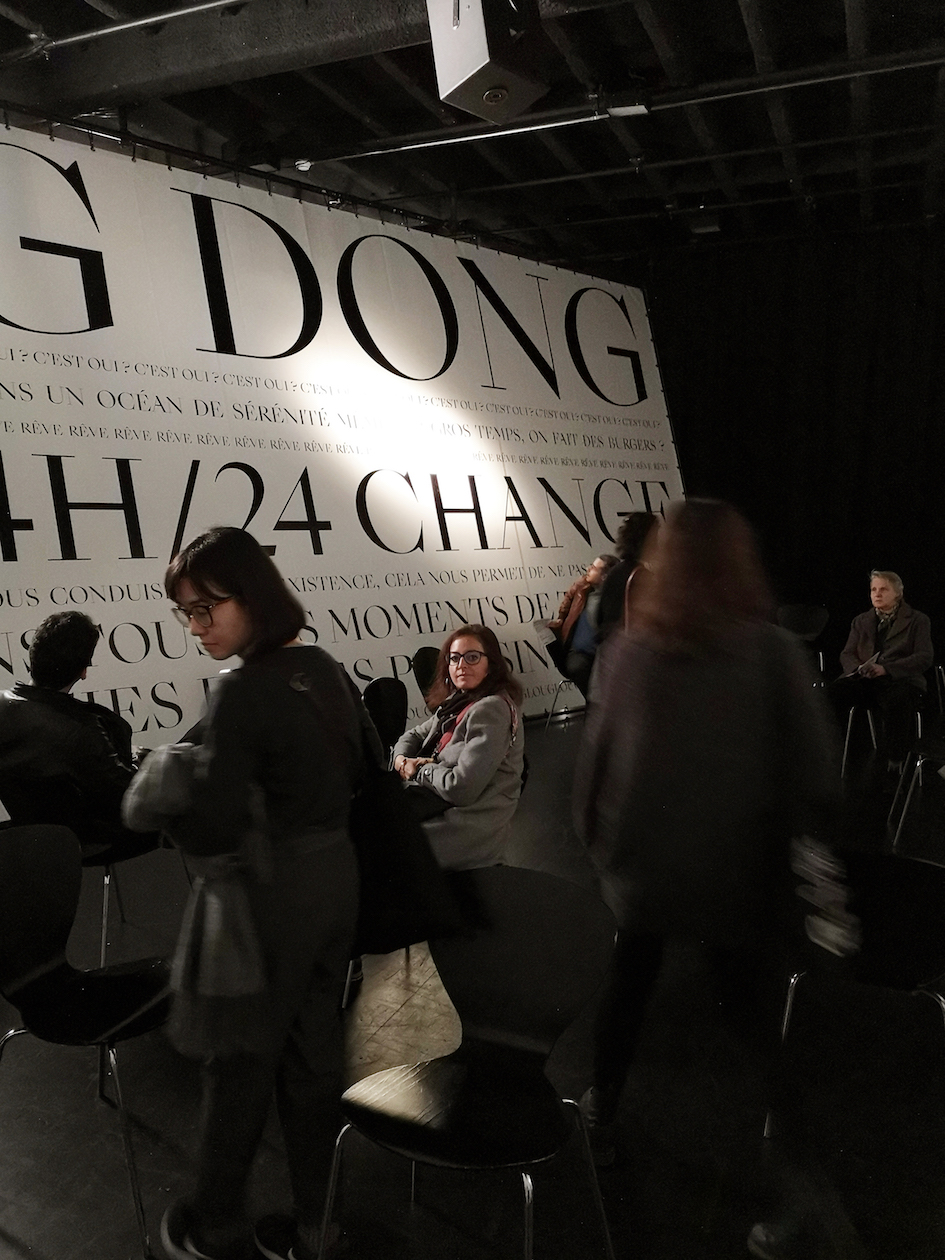 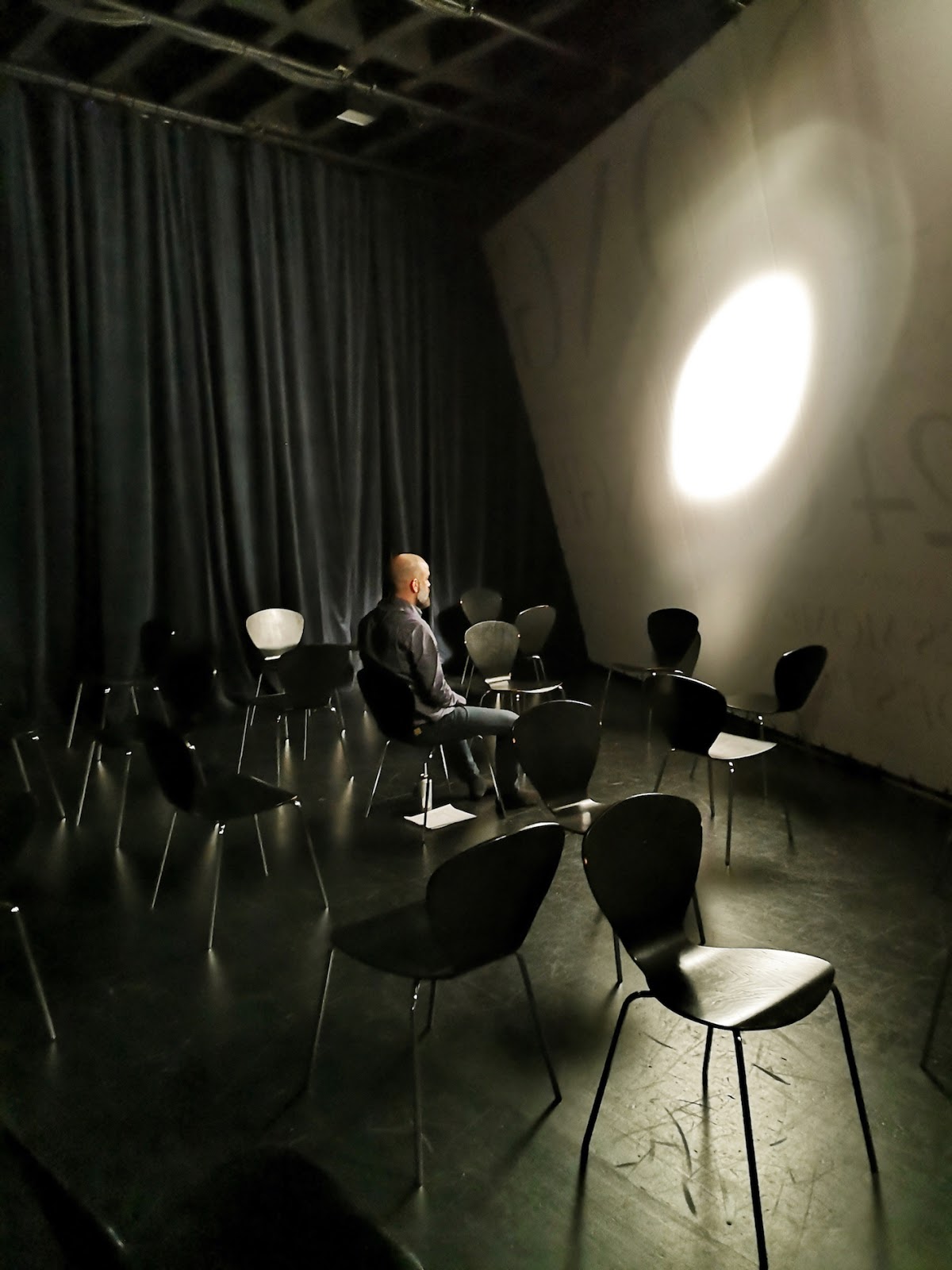 The expression “Un Peu Squeeze” was used by Elise Lammer to suggest a lack of time before a deadline, a rather typical situation when working on an art exhibition. A clumsy “frenglism” or “franglais”, the title conveys a sense of general confusion, not only through the misuse of an English word by a native French speaker, but also because it translates a form of labour, whose rhythm and language are profoundly affected by globalisation.

Among other things, the impact of neoliberalism on language lies at the heart of Furtwängler’s new installation, which consists of a hand-painted 9 x 4 m drop cloth. Hung across the space, the monumental structure—the only artwork on view—serves as a divider, but also as a temporary wall, behind which the artist is periodically performing a selection of texts from his repertoire during intimate reading sessions.

In the work of Gilles Furtwängler sentences and words are used for their semantic value, but they’re also assembled for their formal quality, as visual cues potentially triggering new interpretations through form and texture. As such, there is a strong connexion to Concrete Poetry, an artistic movement that emerged in the 1950s proposing to visually structure, interrupt or degrade the combination of words in order to create alternative meanings to the viewer.

The experience of Un Peu Squeeze is intrinsically performative: inevitably one draws mental images when seeing, reading, whispering Furtwängler’s painted words. The artist doesn’t aim at predicting any mental choreographies, but rather prompts the viewer to let emerge an experience of shifting yet interlinked associations.

Humour is what first comes to mind when reading onomatopoeia such as “Ding Dong”, but the tolling of this conceptual bell is only a strategy to capture the viewer’s eye and invite them to read further. If absurd at first, upon closer inspection, the text that unfolds is actually loaded with emotional and political content. Ecological discourse is juxtaposed with symbols of mass-consumption, while patronising rhetoric is coated with the typically well-meaning speech of privileged classes. As if breaking the spell, more onomatopoeia is repeated endlessly at the end, until the eye is free again.

The work of Gilles Furtwängler (*1982 Lausanne, lives and works between Lausanne and Johannesburg, ZA) seeks to extract the poetry hiding in the cracks of language. Using written and spoken words, his work highlights (or provokes?) the serendipitous collisions

that so often take place when manipulating language; mistranslations, rhymes, neologisms, nicknames, puns, oxymorons are only a few examples of the figures the artist is using to produce his mischievous literary arrangements.