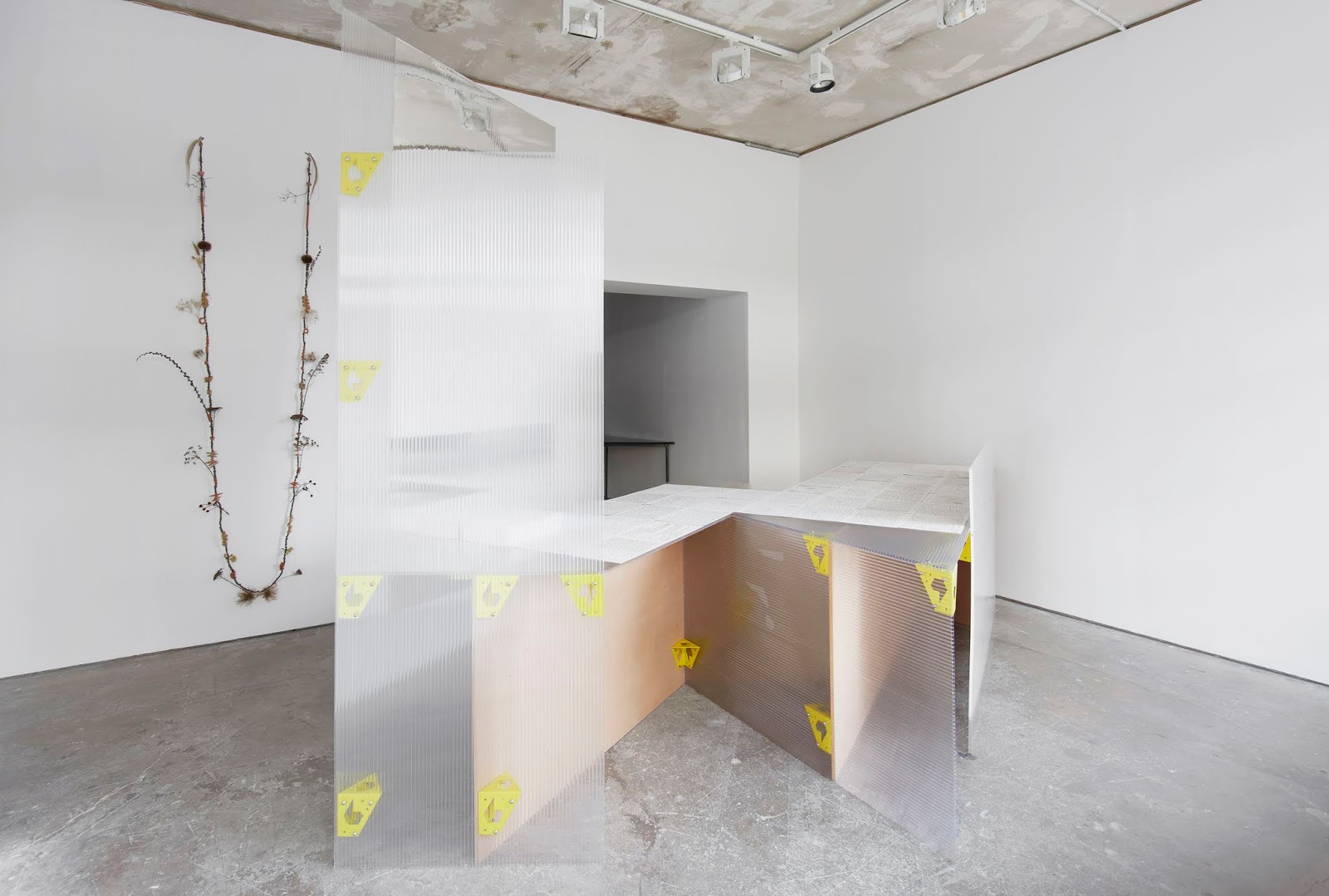 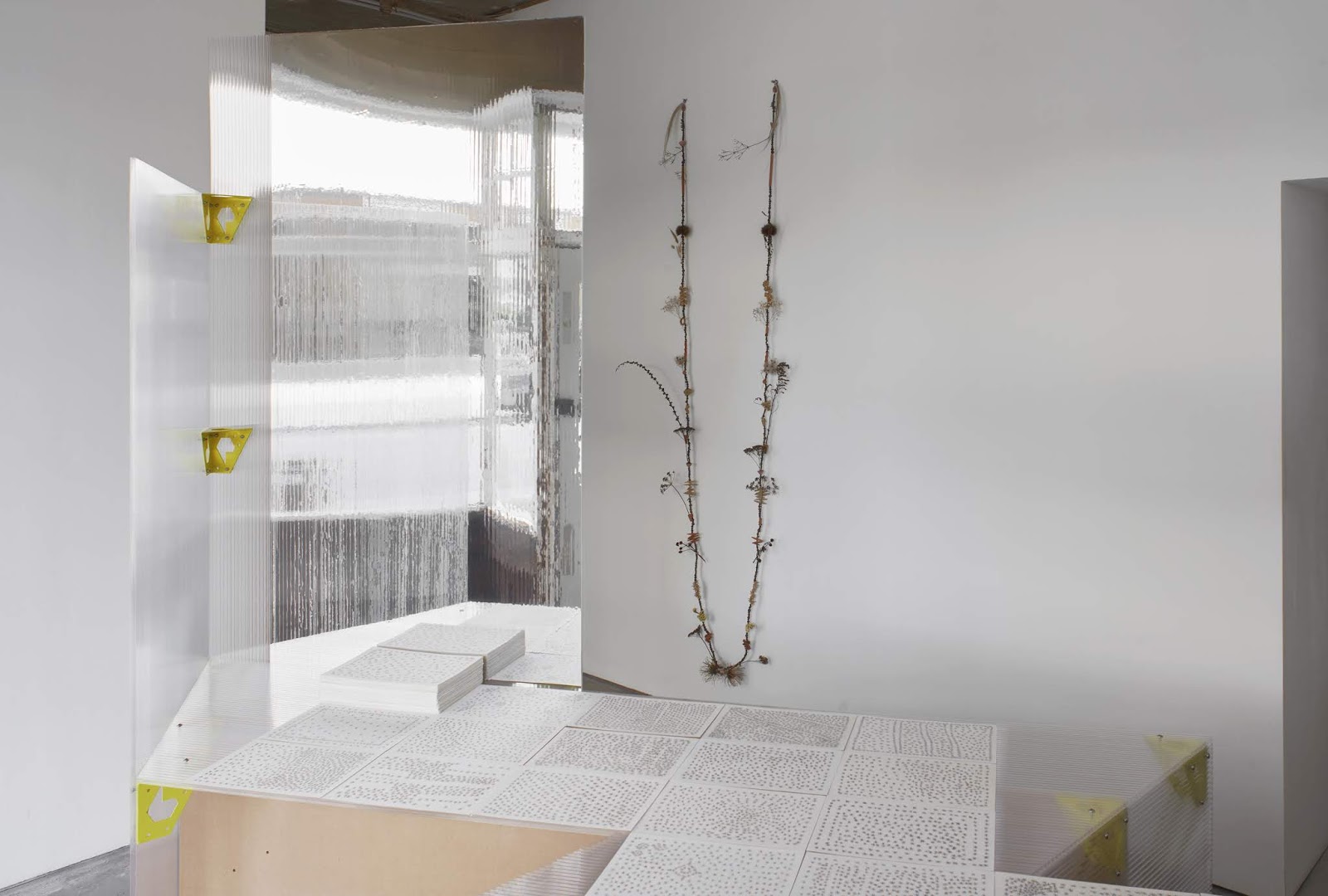 A few years of intense work have passed by now.
A rite has been established.
I lay out the blank sheets, she draws every day.
Drawing has become part of her life, as eating or sleeping.
But there’s something else again...

We need something big, this time. Something truly big.
Something that never ends.
As boundless as the sky.

She says that in the night she dreams to eat them.

She draws until her last day.
A private cosmos.

Zenzic is a mathematical term that refers to a number squared: the number multiplied by itself to generate not its double, but something much bigger. At Arcade, Zenzic is an exhibition. More specifically, Zenzic is the title of a new structure made by Anna Barham using her Crystal Fabric Field Bracket (1016) in order to display a selection from 250 drawings of stars made by Chiara Camoni’s Grandmother, who first became her assistant to fight melancholy and subsequently found herself drawing for Chiara every day.

Barham designed her Crystal Fabric Field Bracket (1016) as a way of building that mimics how crystals form, by repeating the geometry of their unit cell over and over. The bracket is a structural instruction that defines the basic forms that the structure can take, whilst the space that contains it and the objects it is designed to hold are foreign particles that inflect the precise dimensions and directions of its crystallisation. Camoni’s stars are pencil signs, meticulously achieved in time. Spreading on hundreds of white pages, they become like a portion of sky fallen to earth. Together, the works testify to fundamental aspects of the artists’ practices, from the platforms and structures that populate Barham’s installations, choreographing the relationships between viewers, text, image and sound and underlining the collaborative nature of producing meaning; to Camoni’s collective works that started in 2006 with her Grandmother and are now extended to the community, as way to experience togetherness and the mystery of creation. Zenzic is a collaborative project and as Barham’s structure responds to Camoni’s drawings, Camoni responds to it in turn, presenting a new work based on the repetition of the forms that characterise the acid yellow brackets populating the gallery. Multiplying the suggestion of foreign particles, organic components and weeds are snagged in the repeating terracotta elements of Camoni’s hanging Necklace for Giantesses.

Zenzic looks at repetition as extraordinary, almost magical - as an operation acting on the mundane to generate the unforeseen. Zenzic follows the words of Gilles Deleuze: if repetition is possible, it is due to miracle rather than to law.