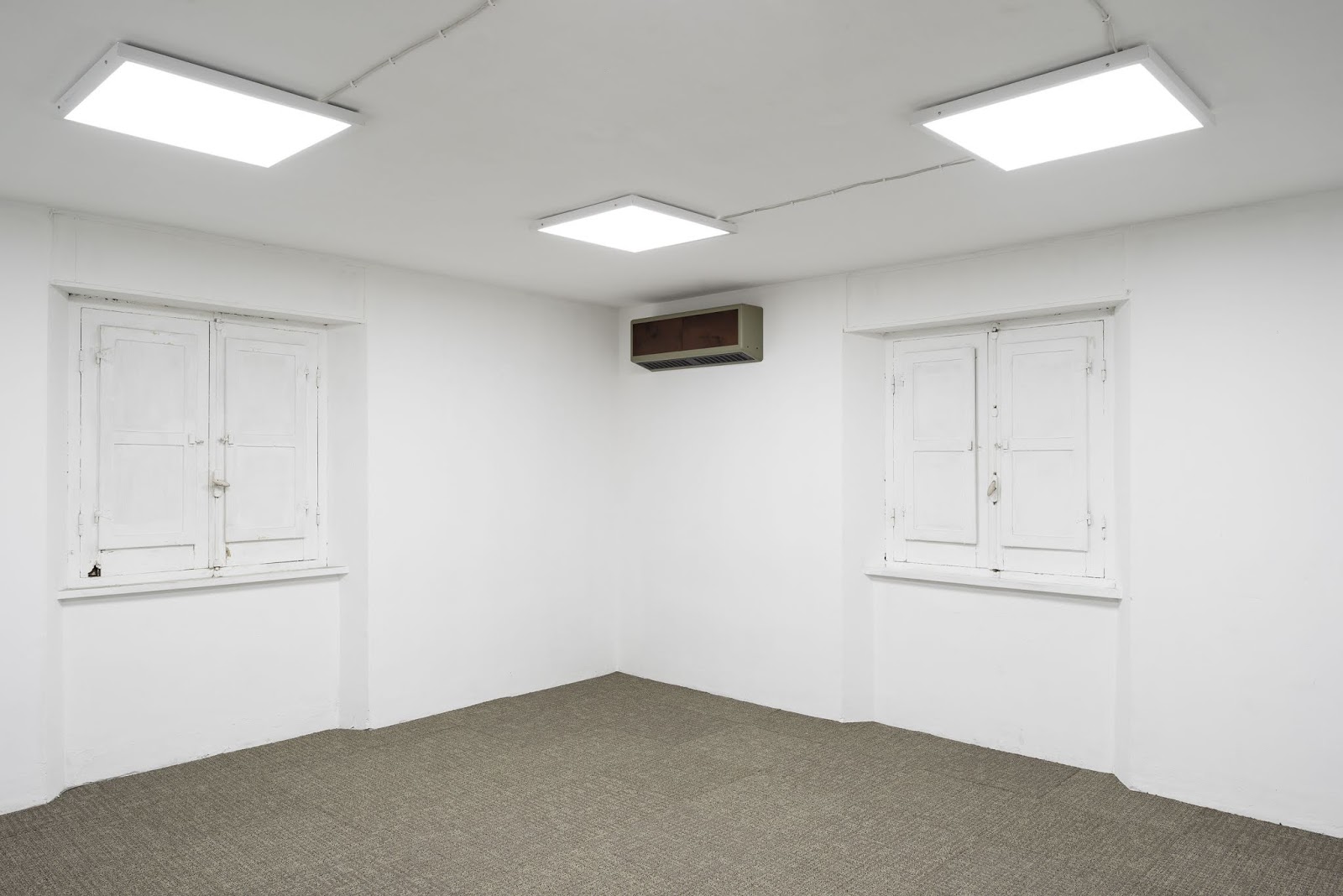 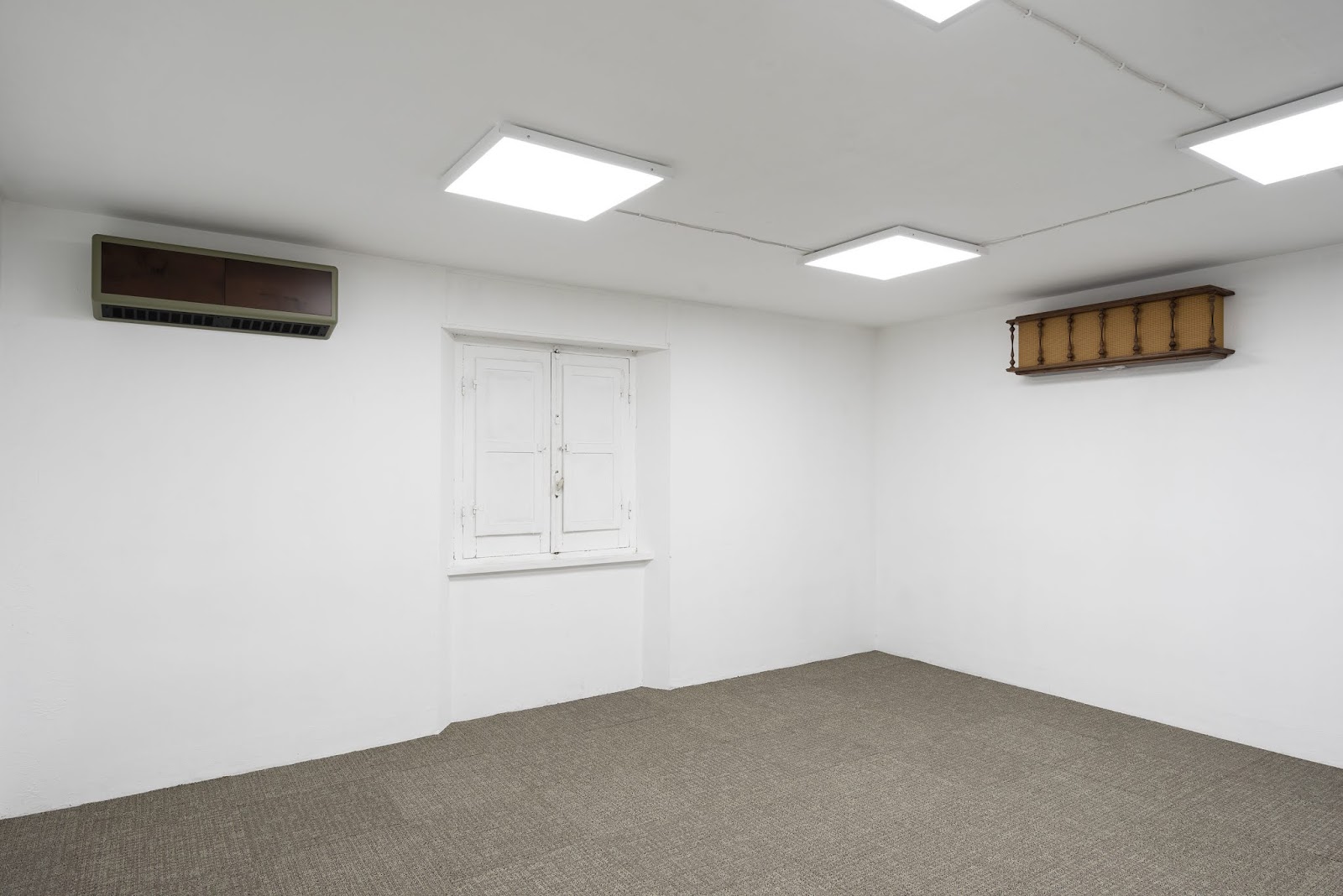 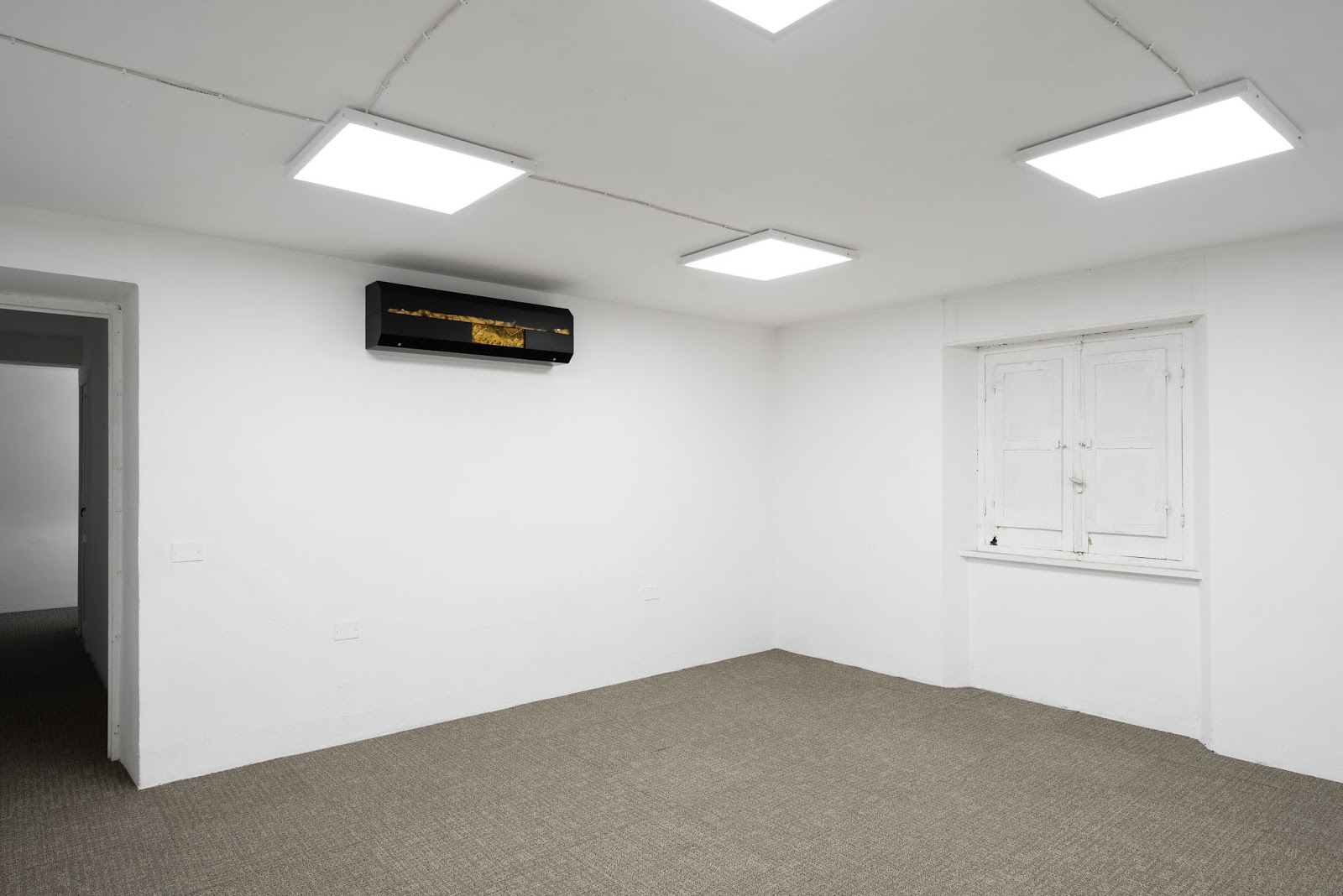 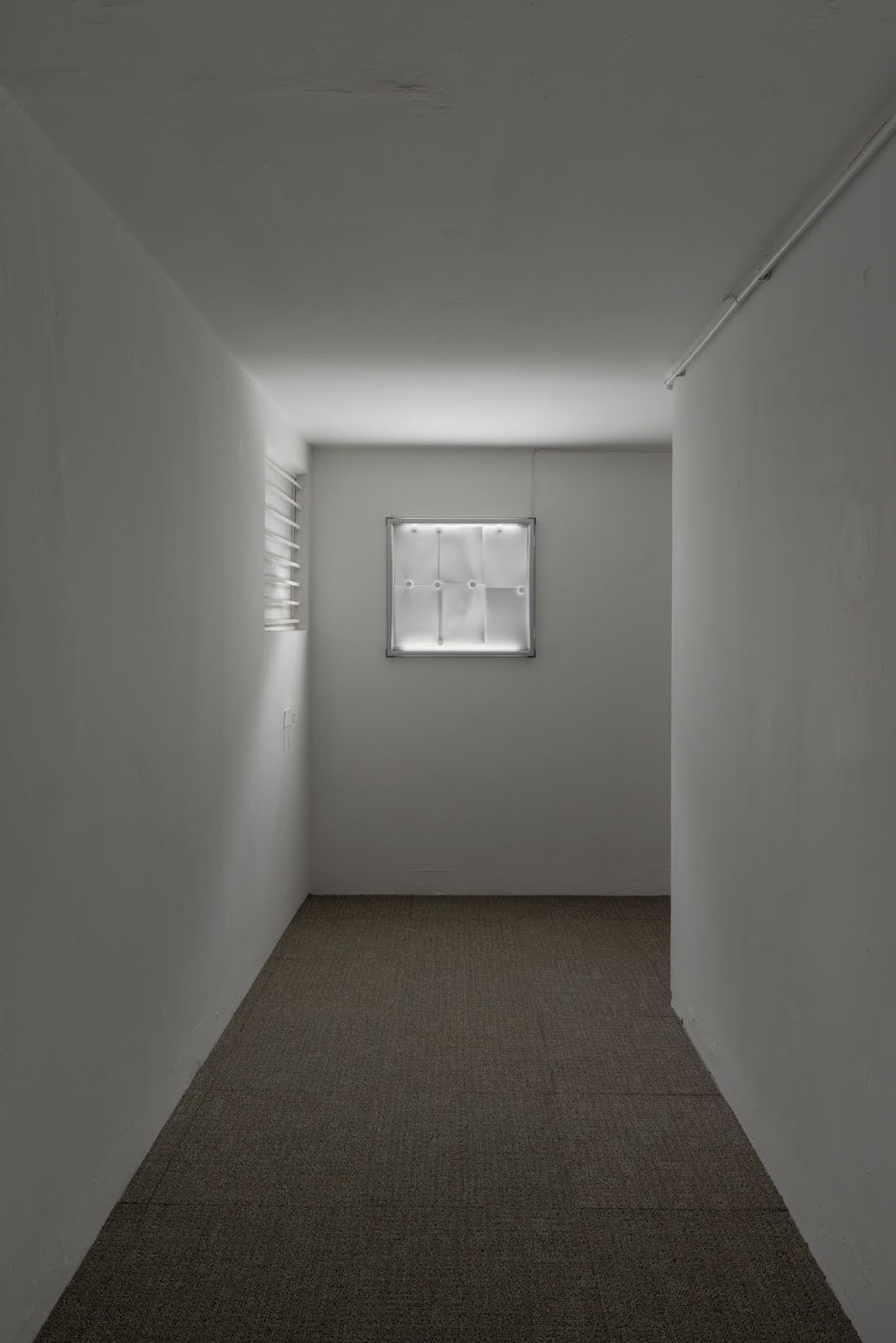 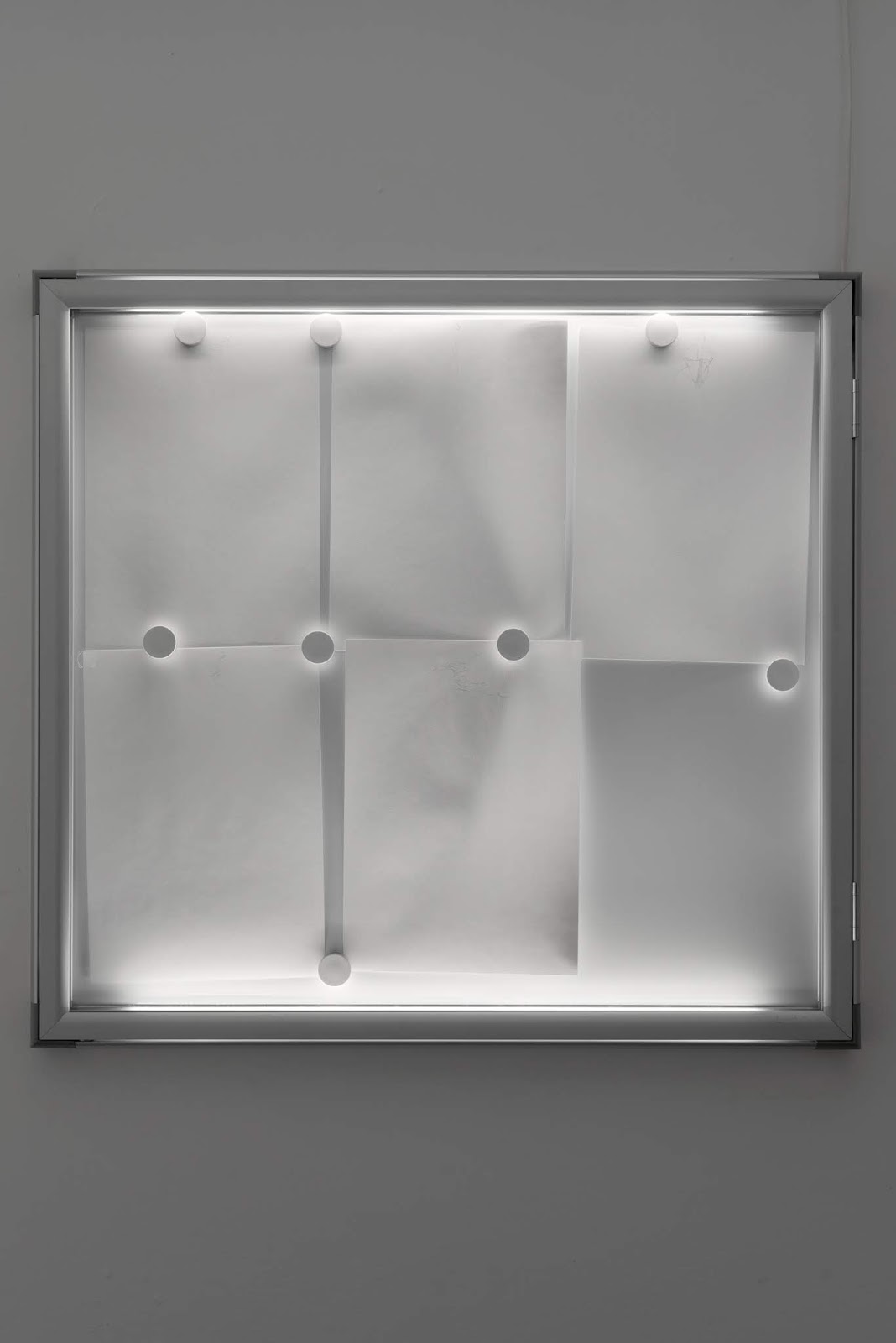 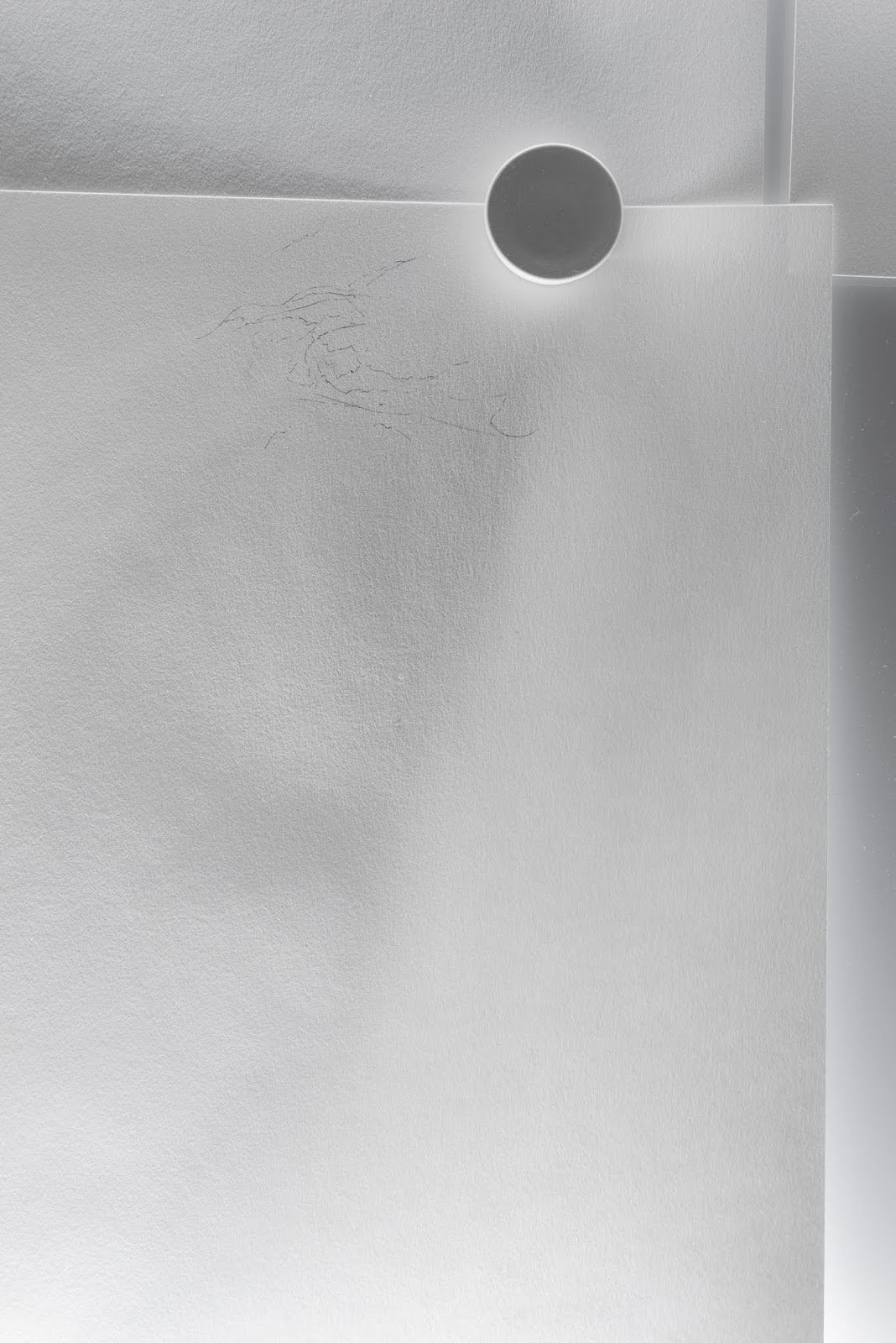 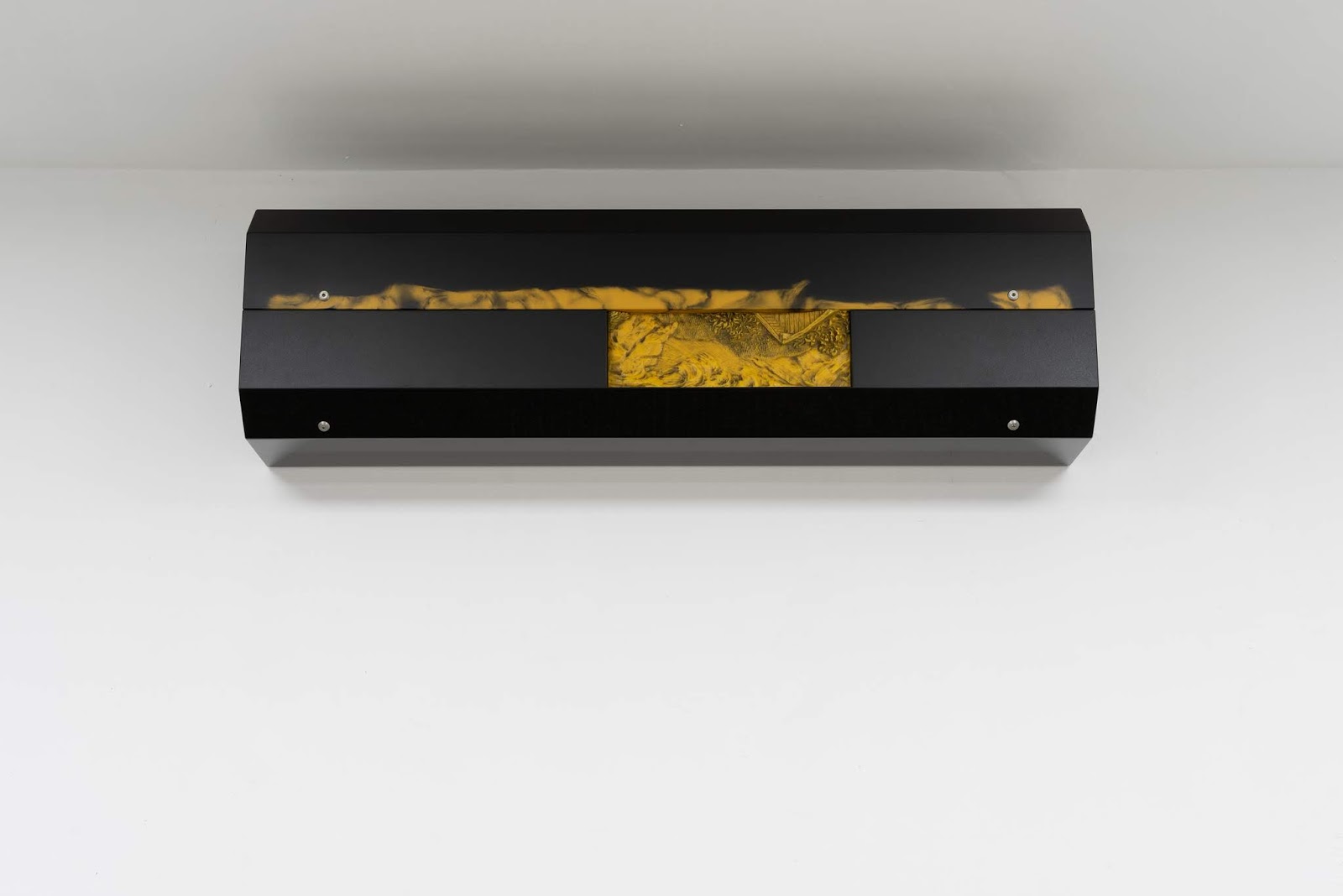 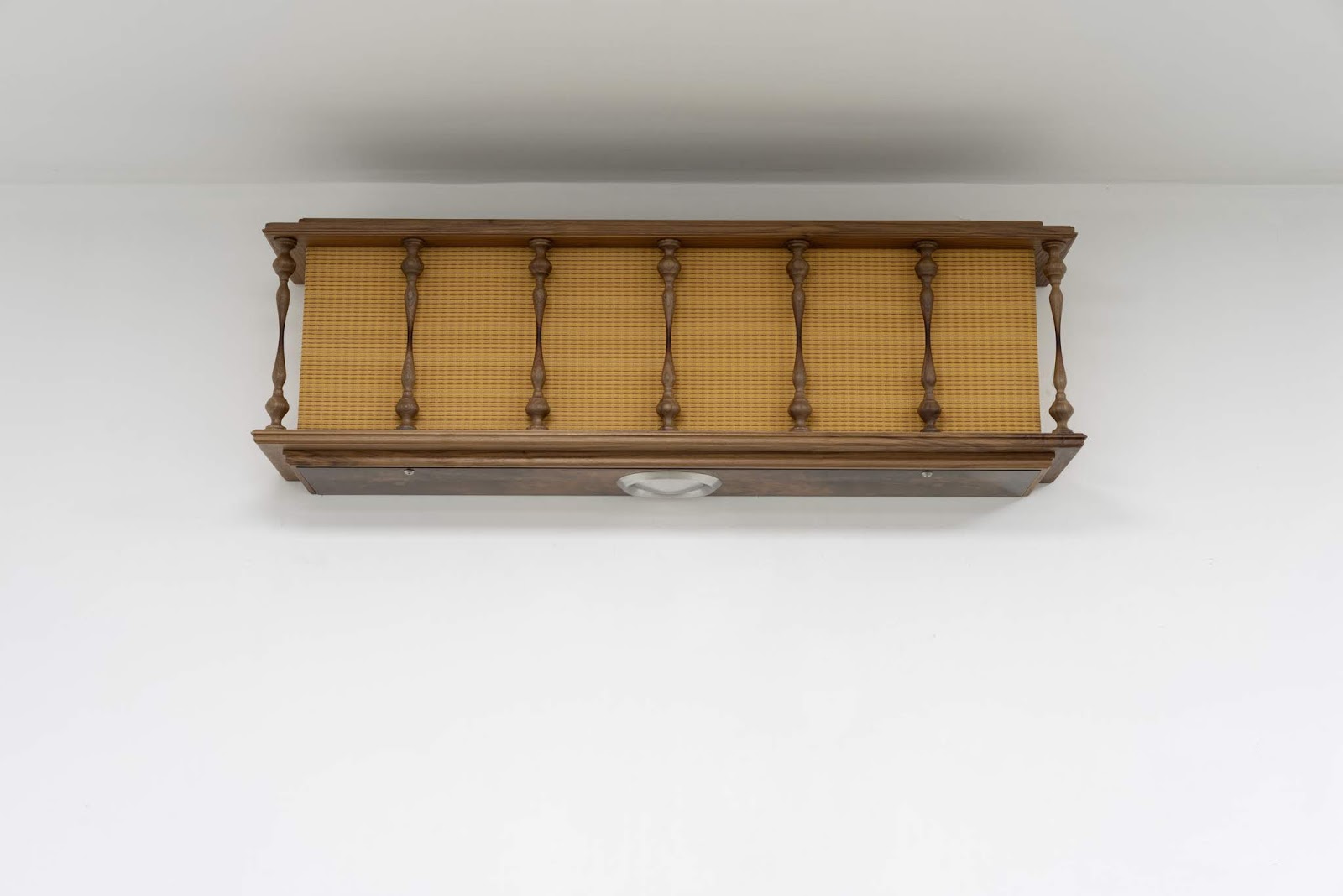 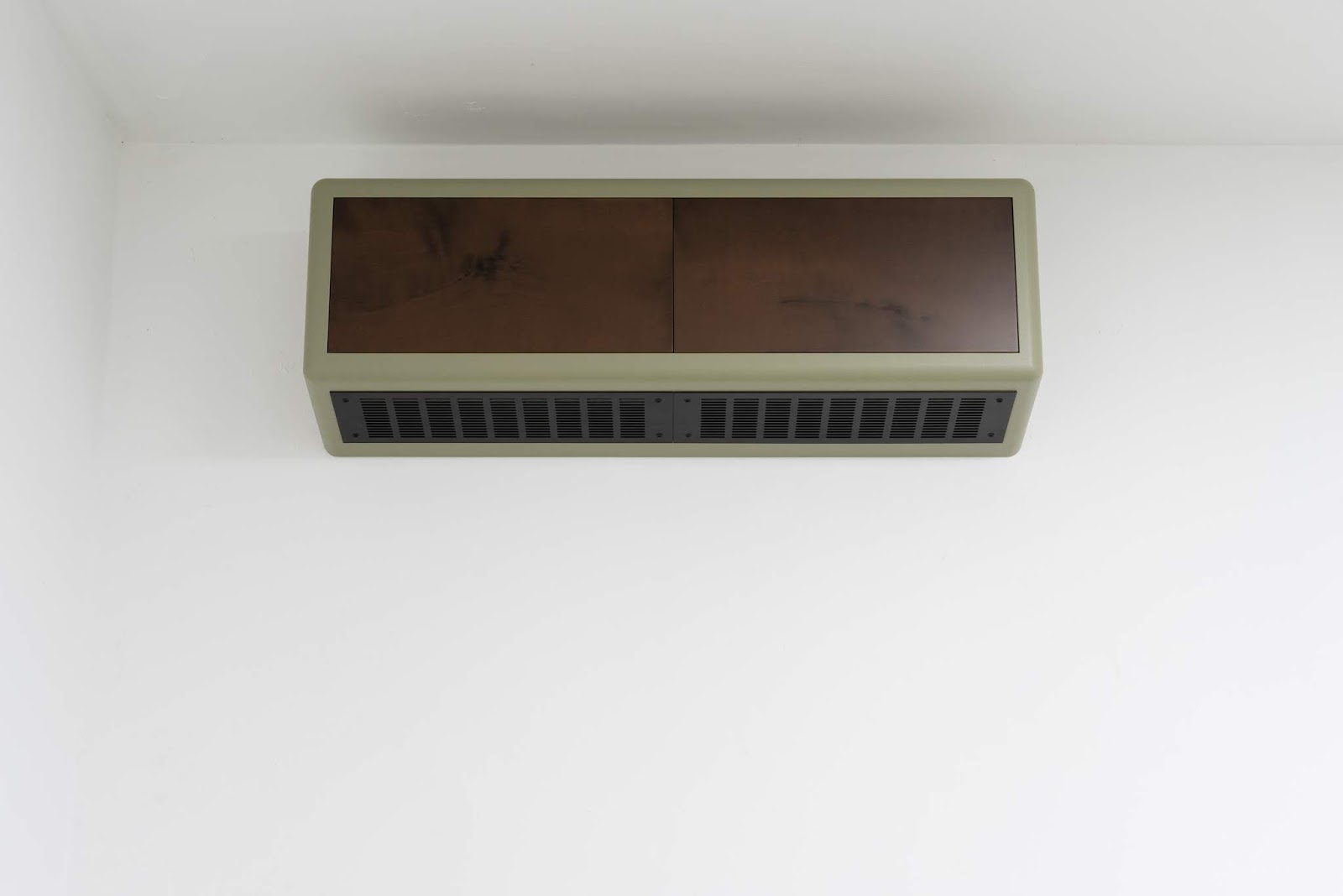 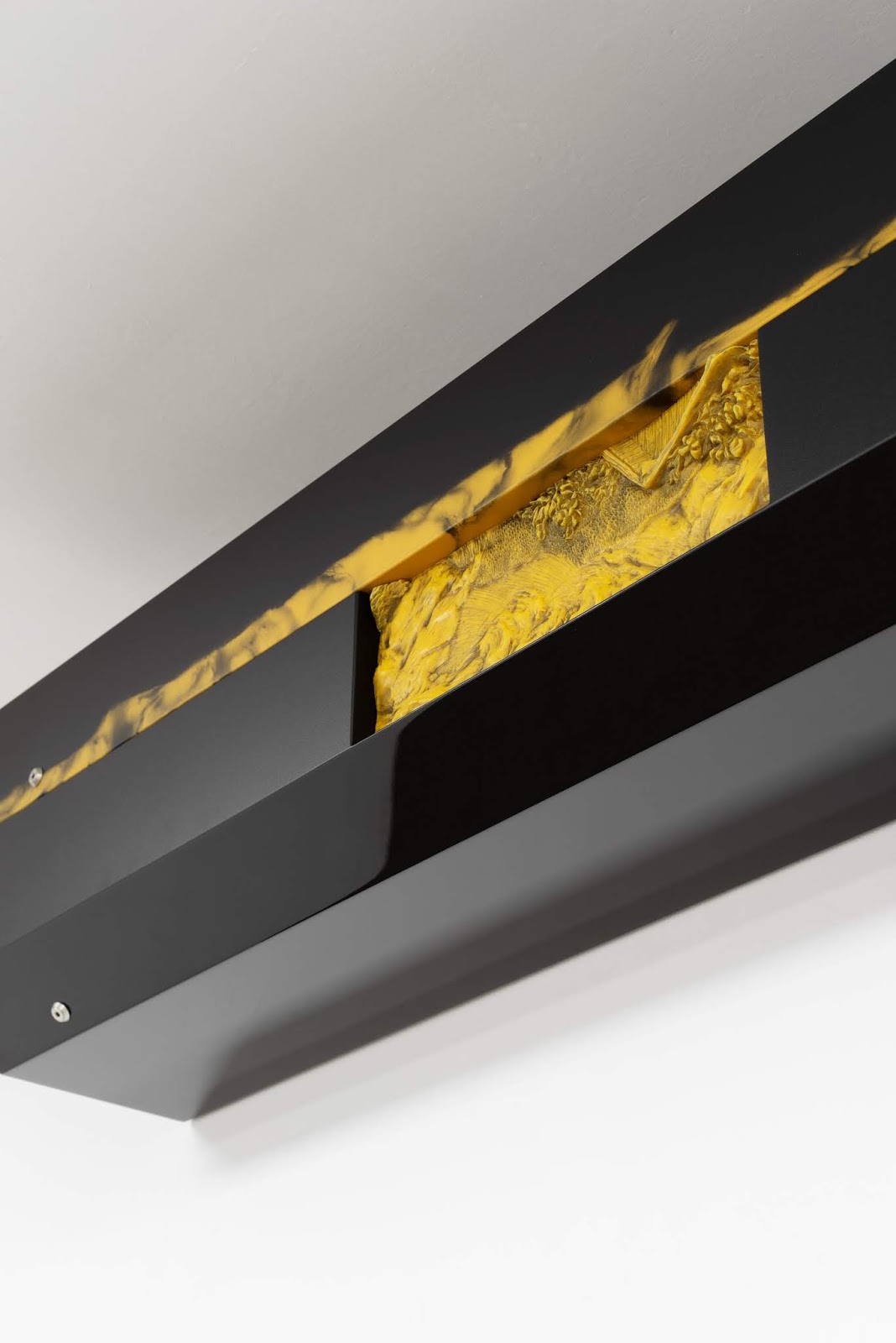 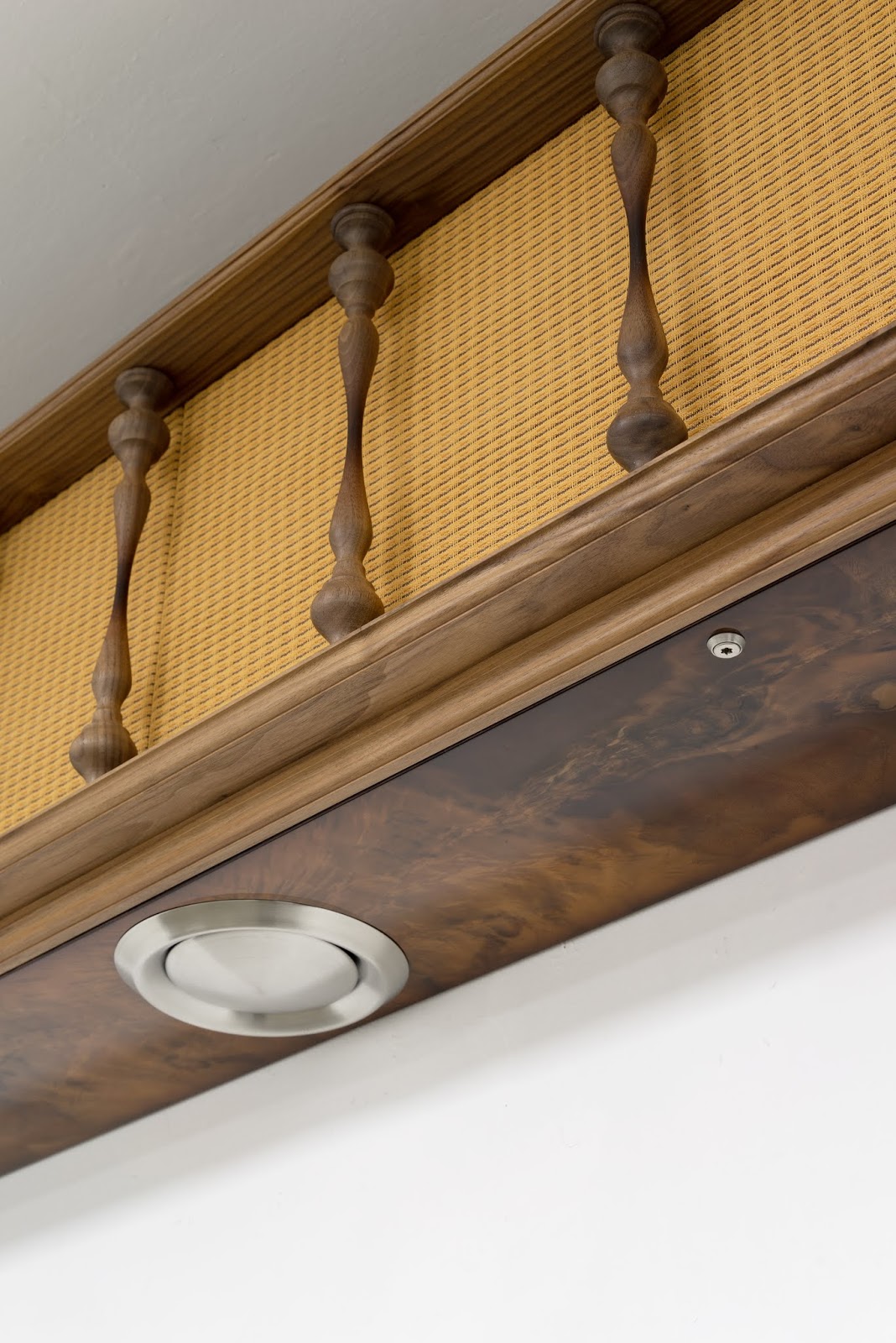 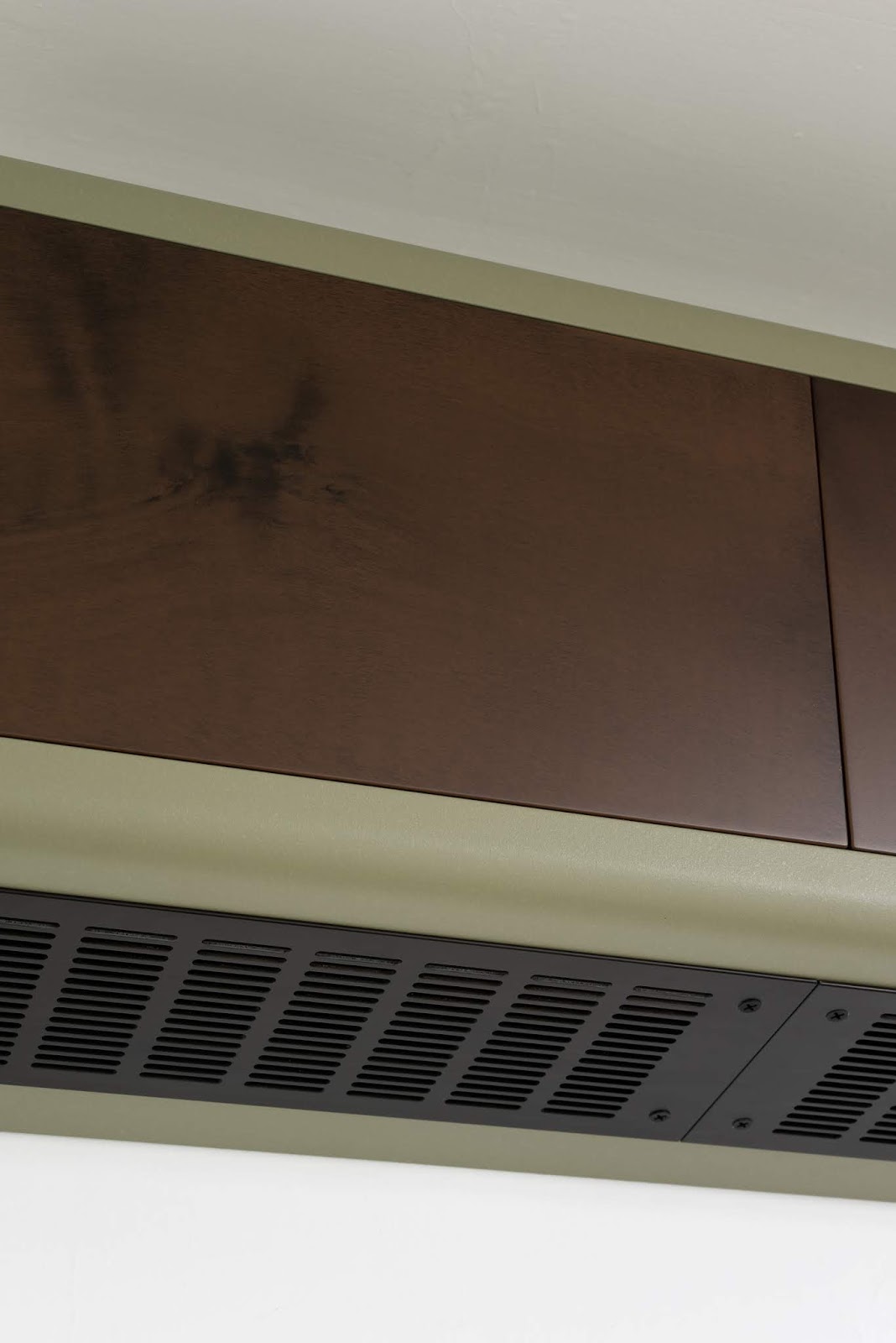 Objects from our daily lives, poor materials, objet trouvé, but also fetishes that, when contaminated with the cold rigor of artificial elements, lose their original functions to rediscover the generating power of their memory.
Objects that become images, sculptures, experience, time and thus read in the present the signs of their own past.

In the works of Philip Seibel, time is relived through the opaque filter of nostalgia. To put it differently, nostalgia makes the past beat with life, distancing it from the automatism of the perception of present.

Through an approach that combines traditional techniques such as woodturning, marquetry or faux-bois painting with more contemporary ones like industrial paints and manufacturing, Seibel experiments with a kind of practice that favors the process of doing.
He investigates the intrinsic qualities of materials, giving his structures a transient nature that catches them in the limiting grip between freedom and constraint. The impulse of retrieving the lost time of things combines with the technic ability and the taste for formal composition.

The Yellow Mill gets its name from one of the exhibited works: an everyday object of our present, a quality finish air conditioning unit, which secretly hints at the sobriety of a design piece from the ‘80s, while also bearing on its surface the indelible marks of the life it has lived.
Similarly, the drawings, embellished with natural elements and extracts of organic structures, emit the aura of something distant, forced into the limited and artificial space of an ordinary and unremarkable support that is an office board.

In this fragile intimacy, the object extends beyond the limits of self, defining its own intrinsic triviality in an atmosphere of magic oddity.

Seibel’s works feed on a disturbing tension where layers and distances mix. Intersecting between past and present, they fall into the paradox of the folds of time, just like that painting, busy with sounds, voices and noises, that is the contemporary metropolis of which these works intercept the contradictions. A kind of duality that generates from the forced sum of old and new, suspended in the balance between the consumed romanticism of history and the draining frenzy of these days, which ends up altering history’s features.

His sculptures shape up to be props of a mise en récit of which they develop a plot, sometimes giving back a false clue or revealing a mystery.
The silent transformation that overcomes the immobilism of their “being object” is the result of the fragmented unity of echoes of other ages. The effect of these reminiscences on the present is what redesigns the history of the objects, in a way that makes them almost shortcuts in time - not time that wears out, but one the endures. Time that brings together the hybrid interval of their presence with the pure duration of their permanence.