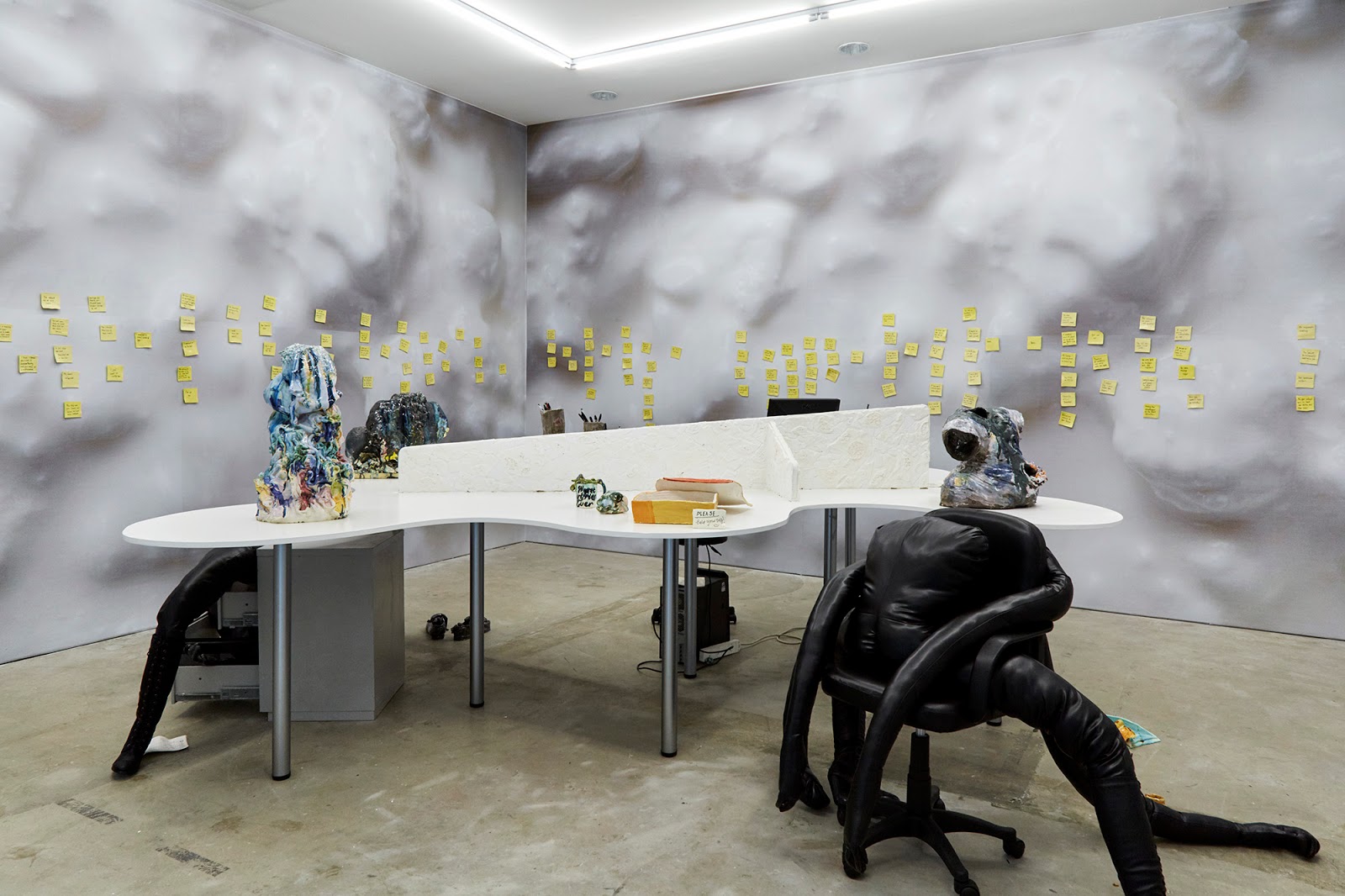 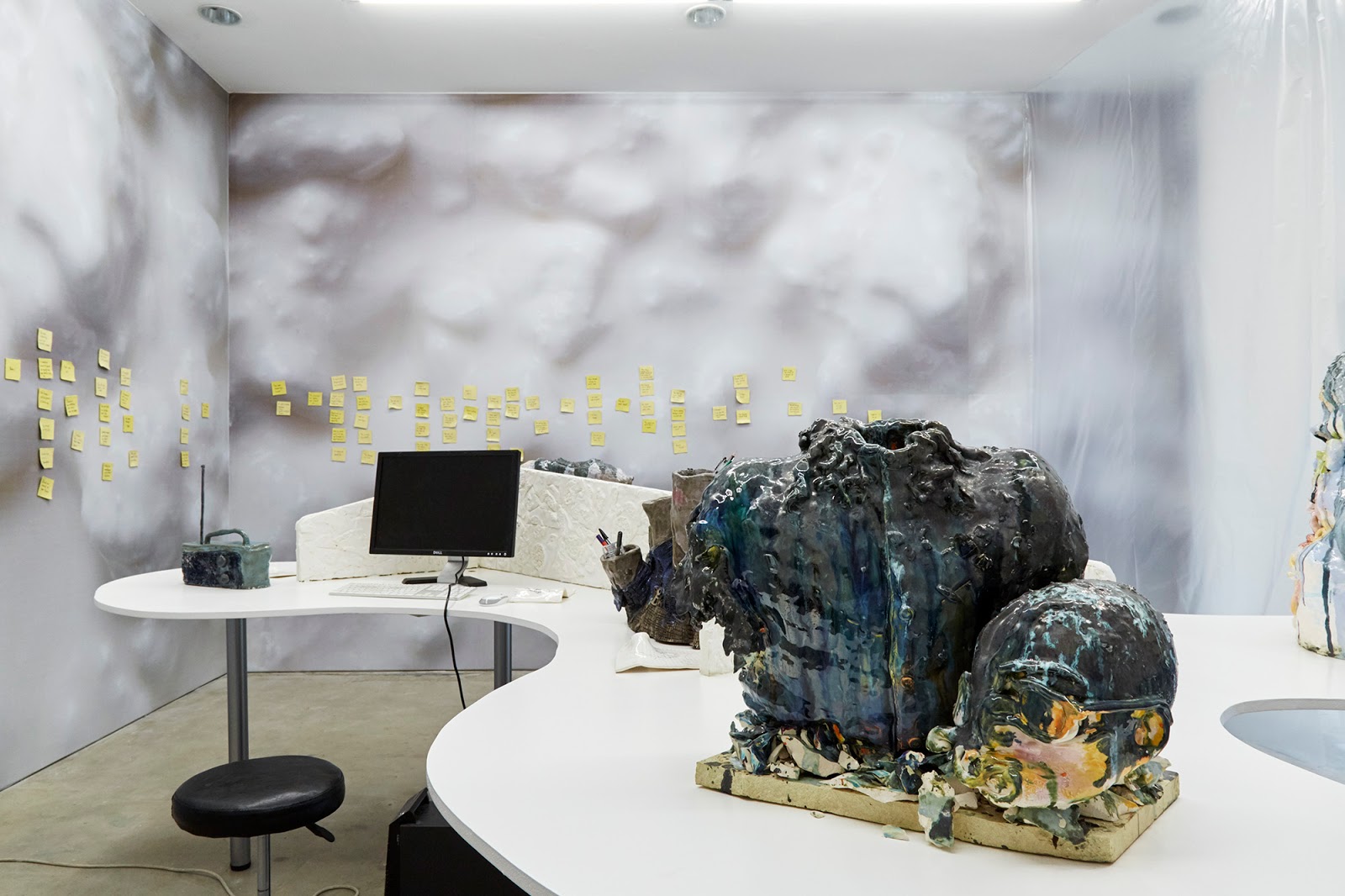 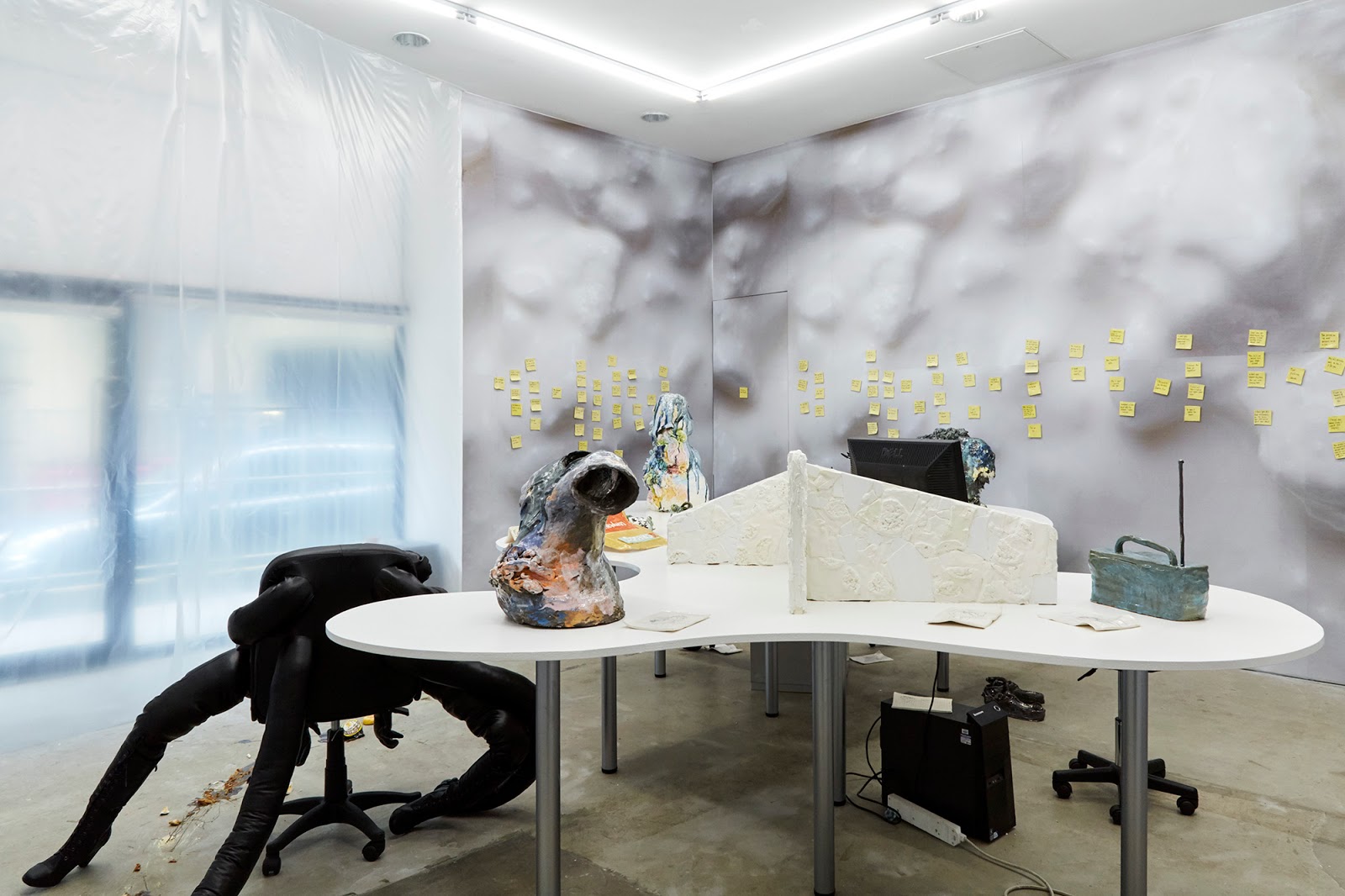 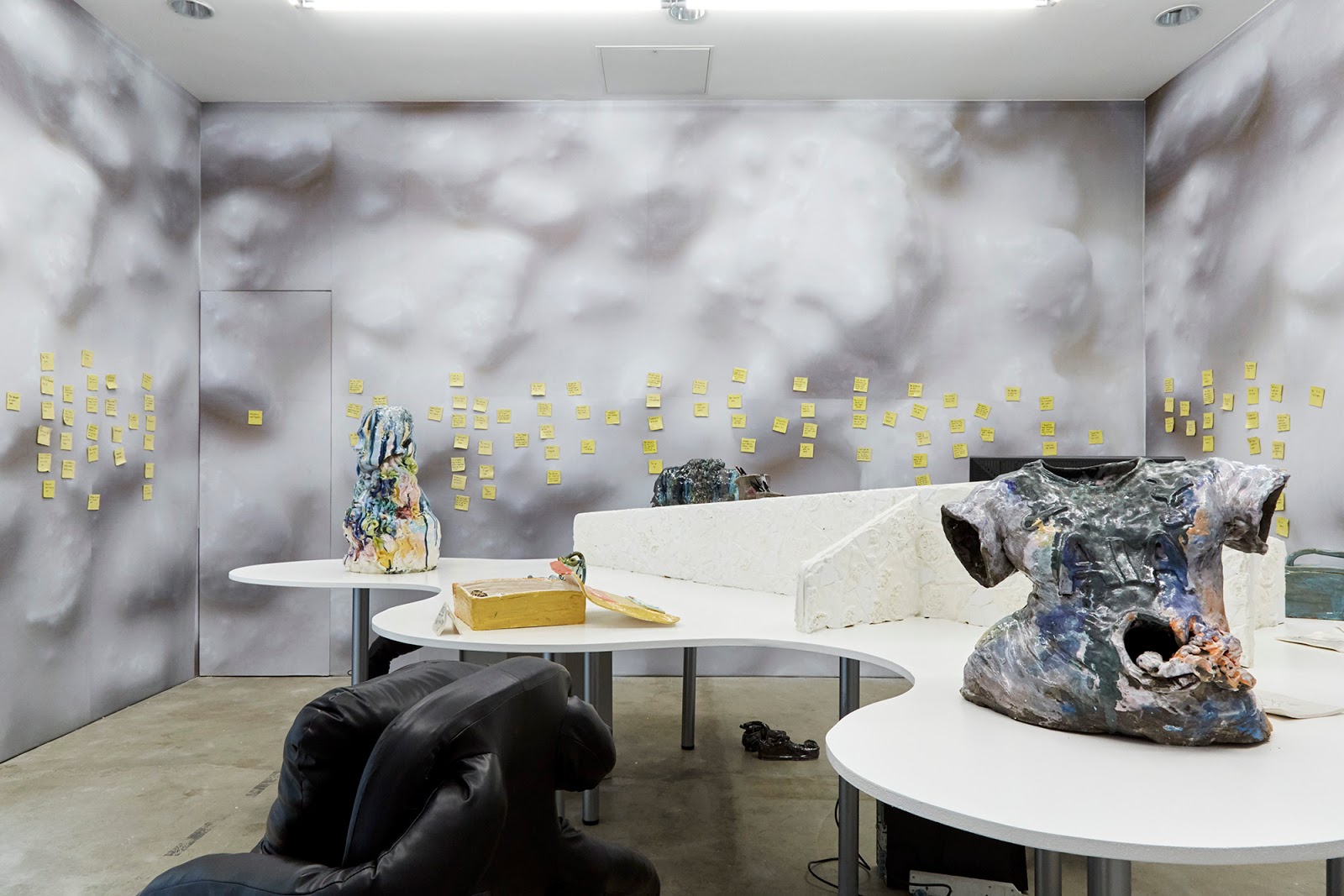 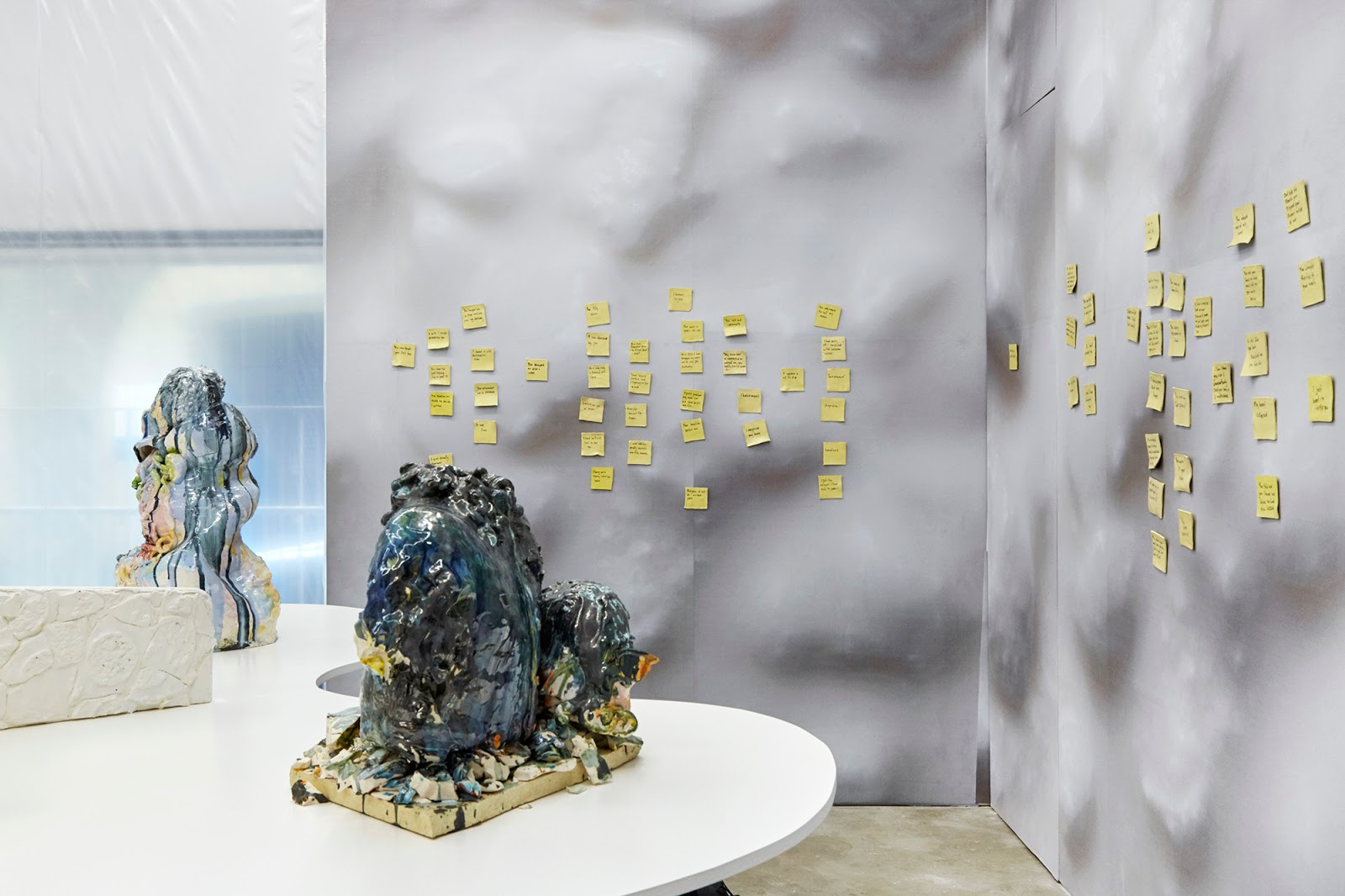 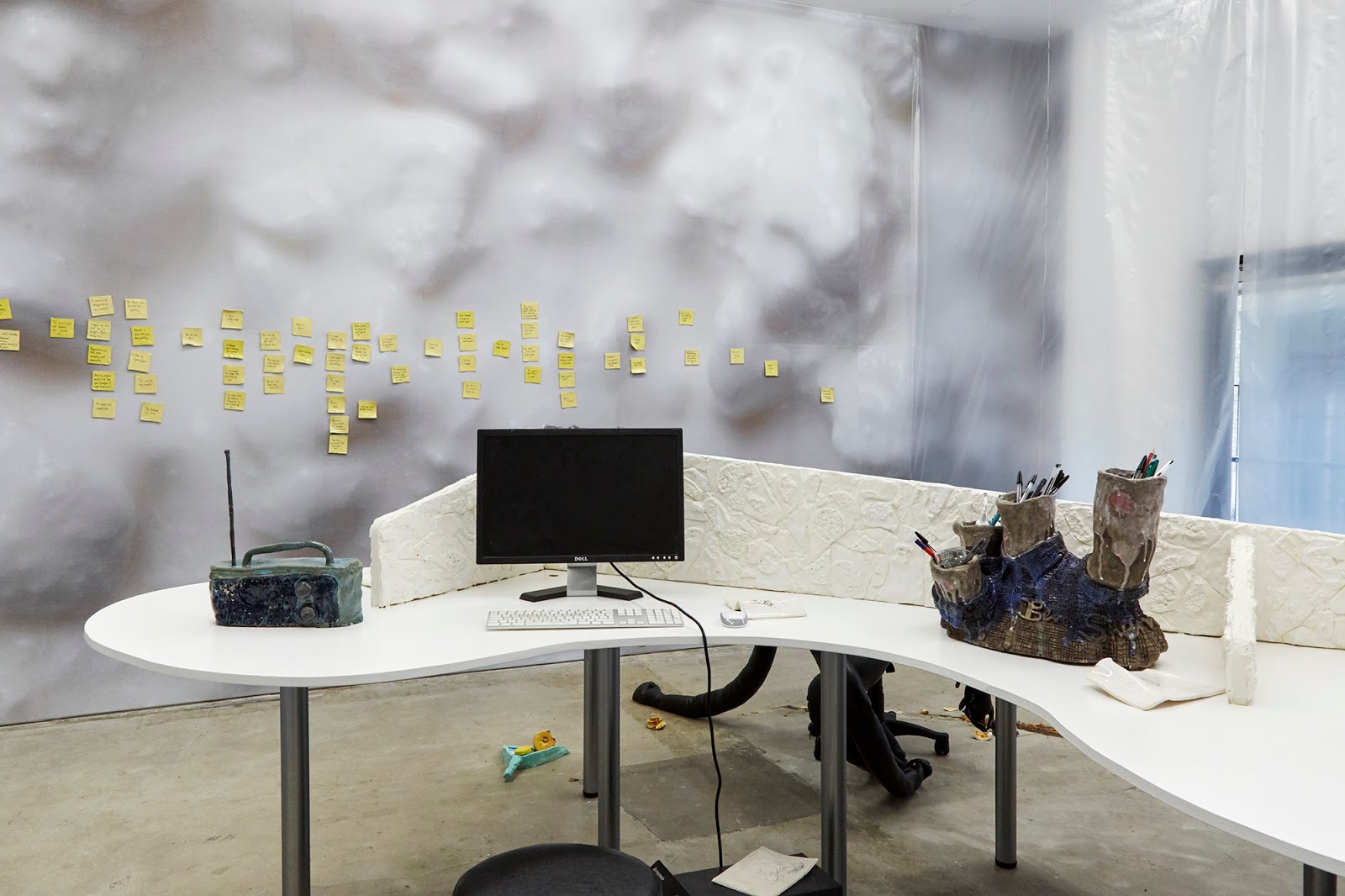 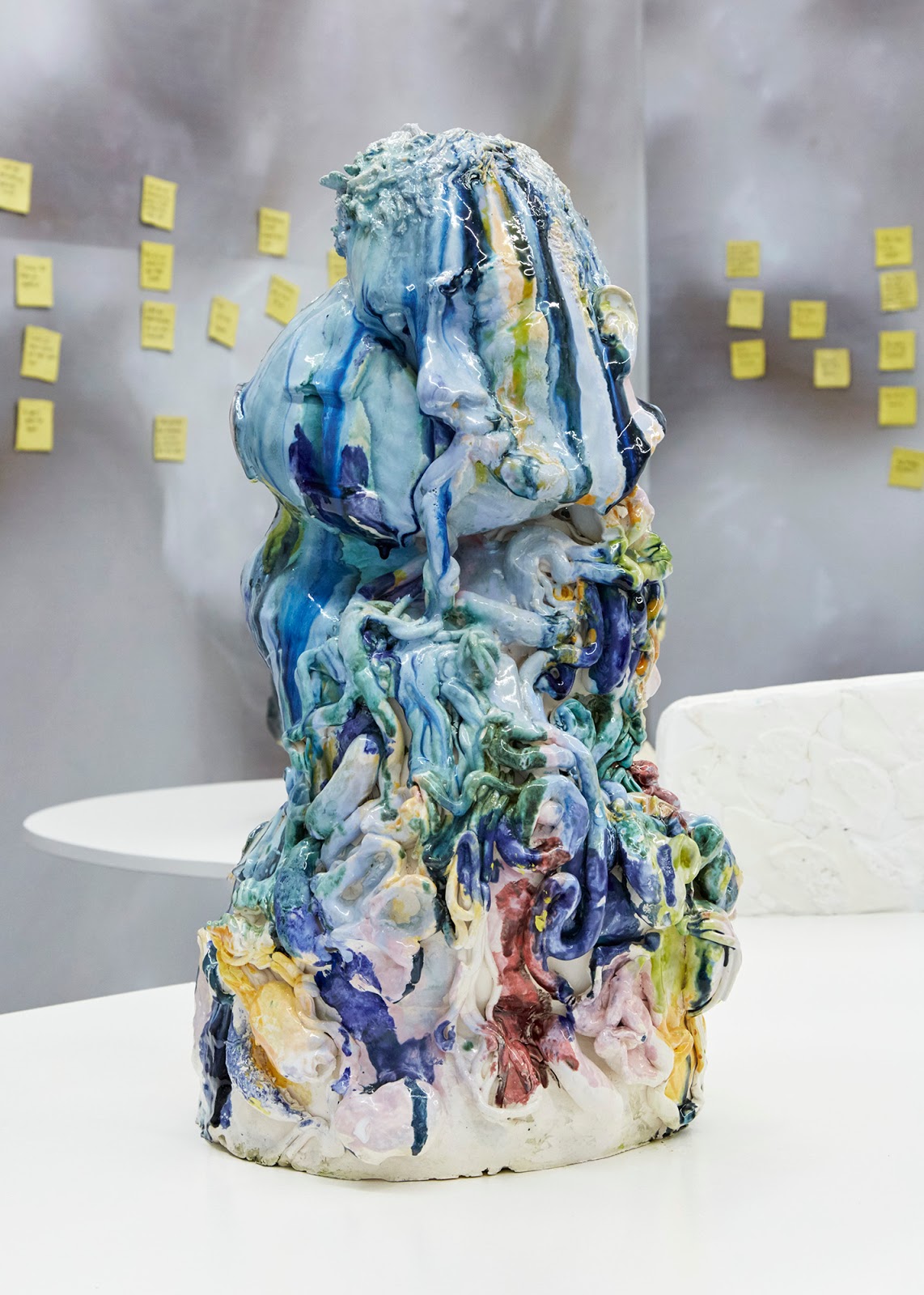 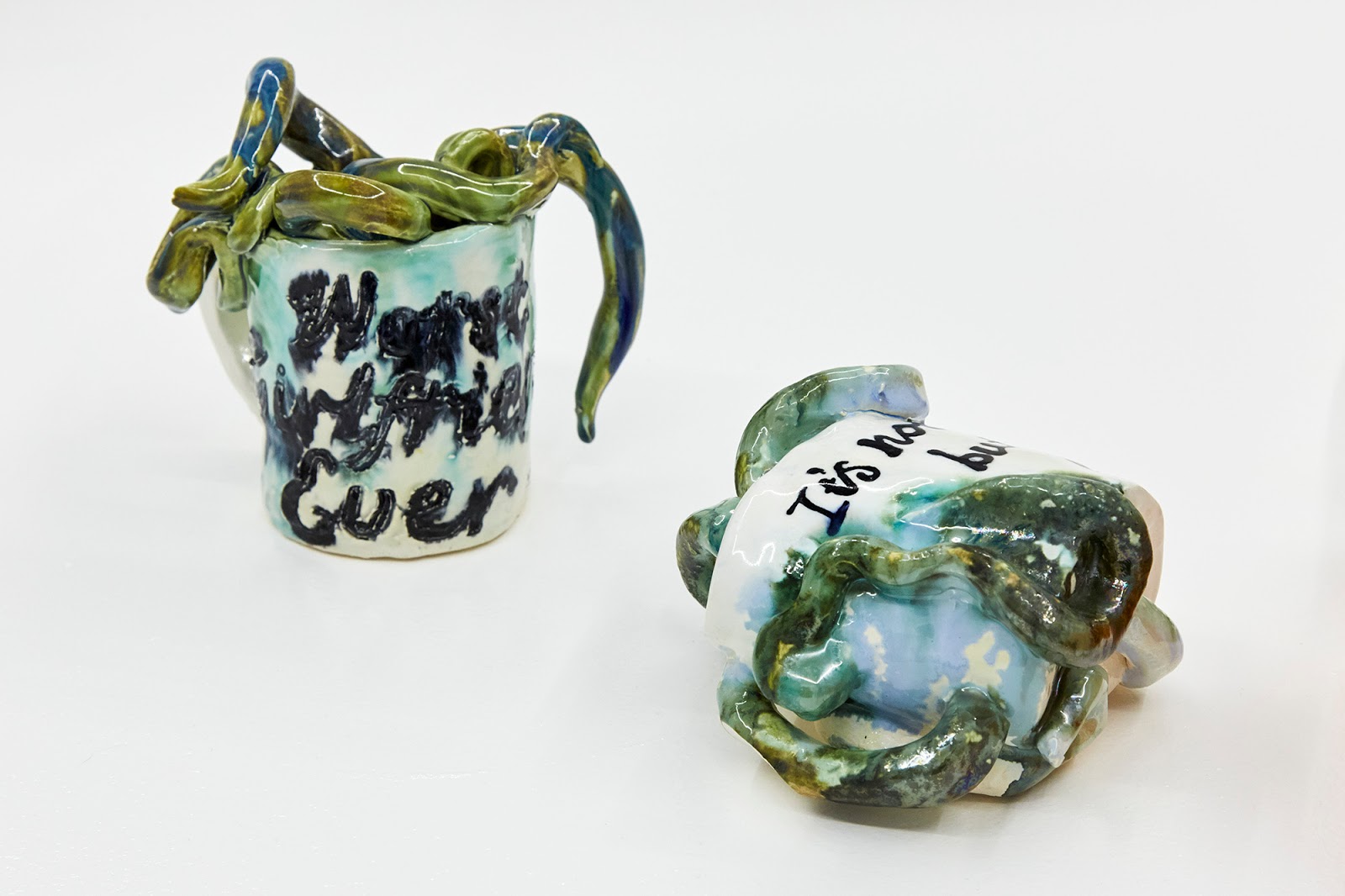 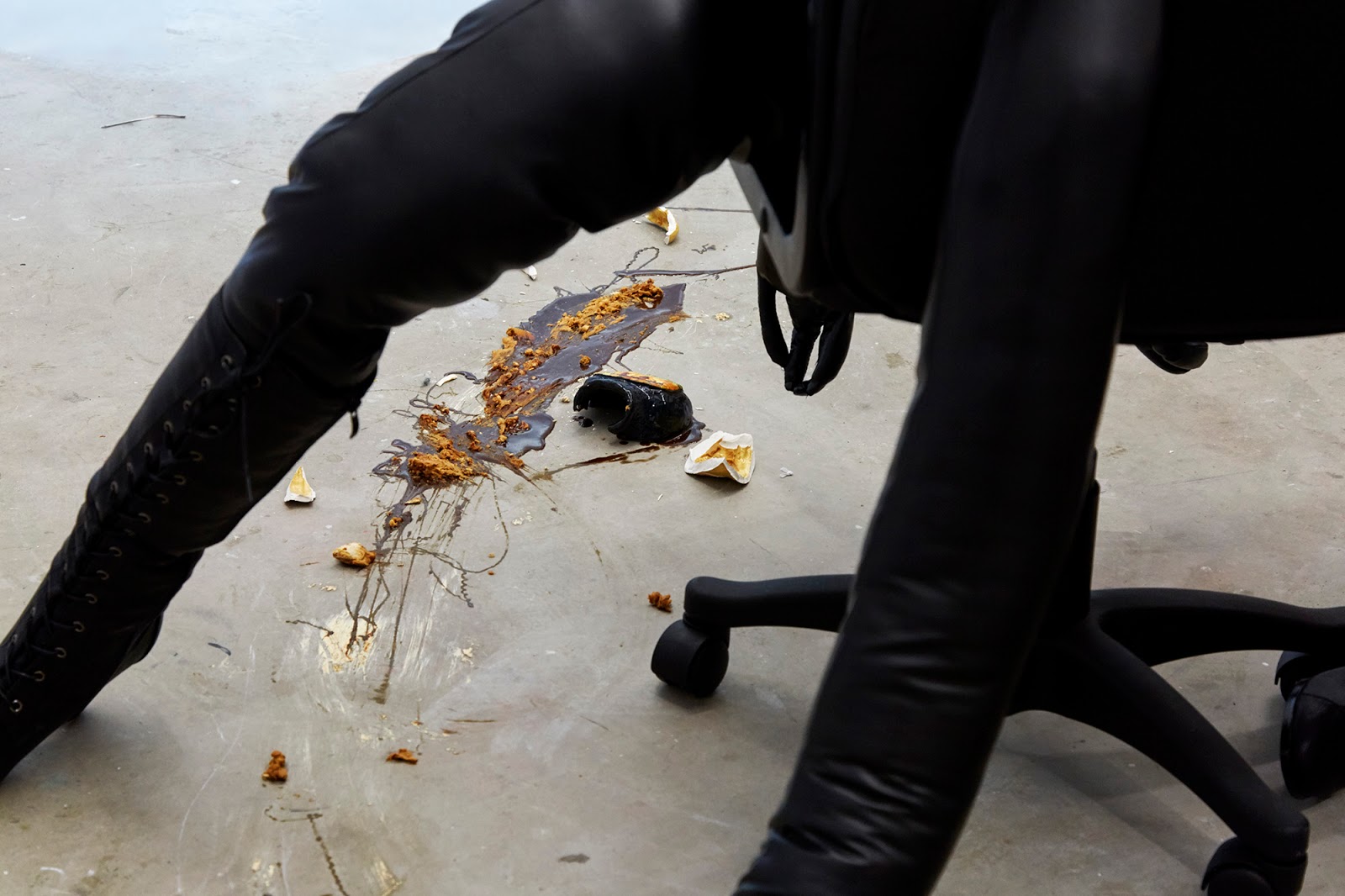 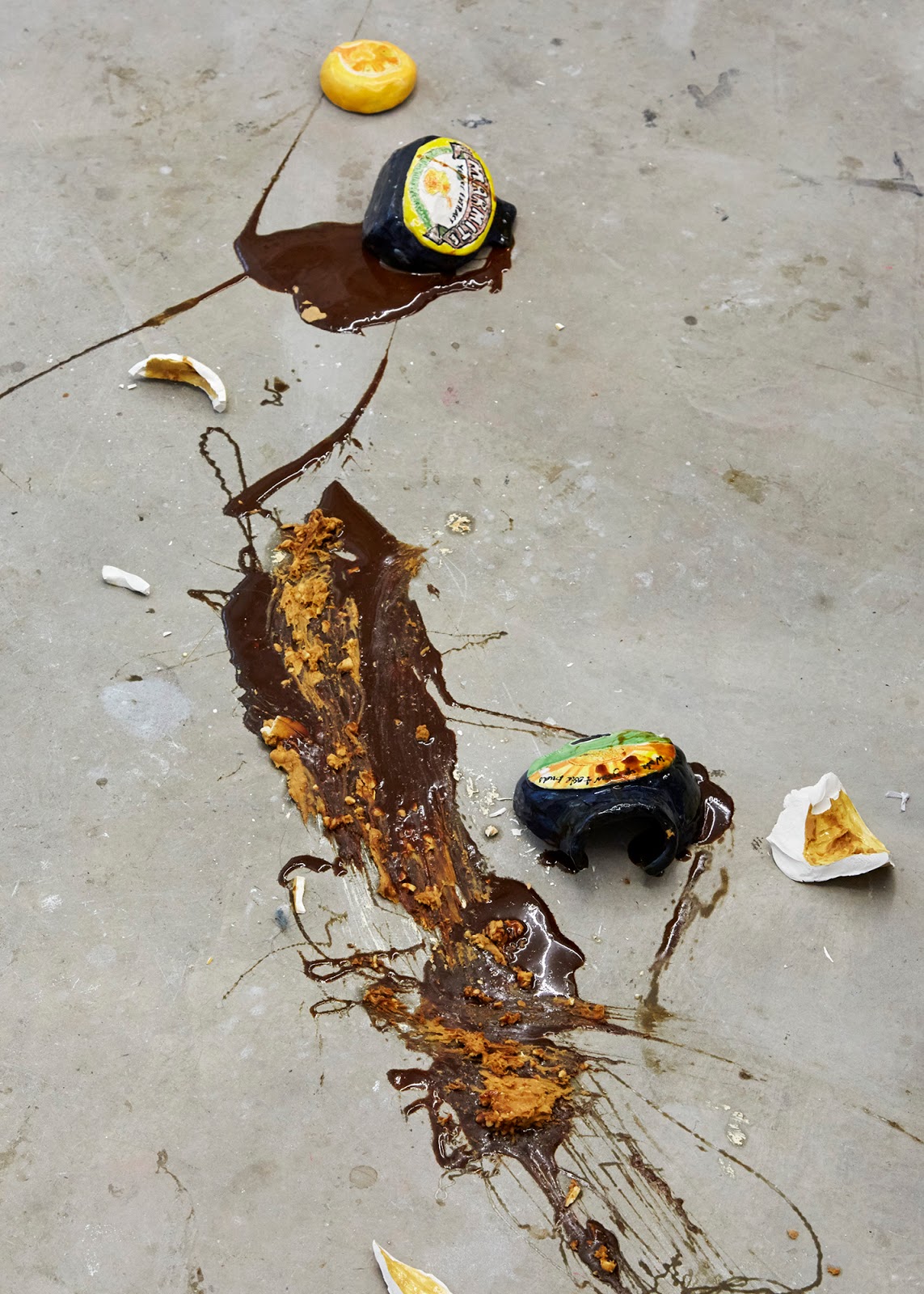 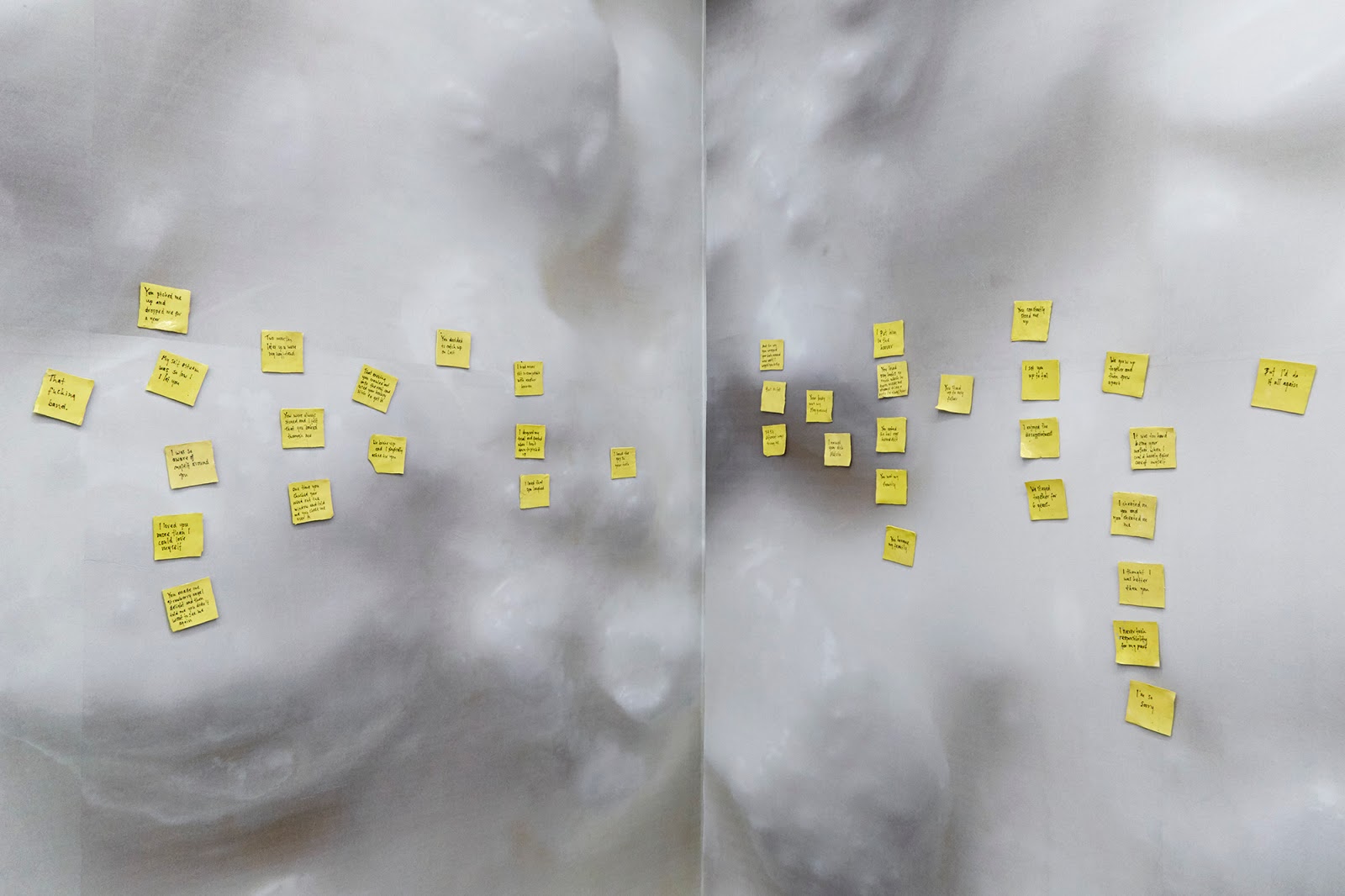 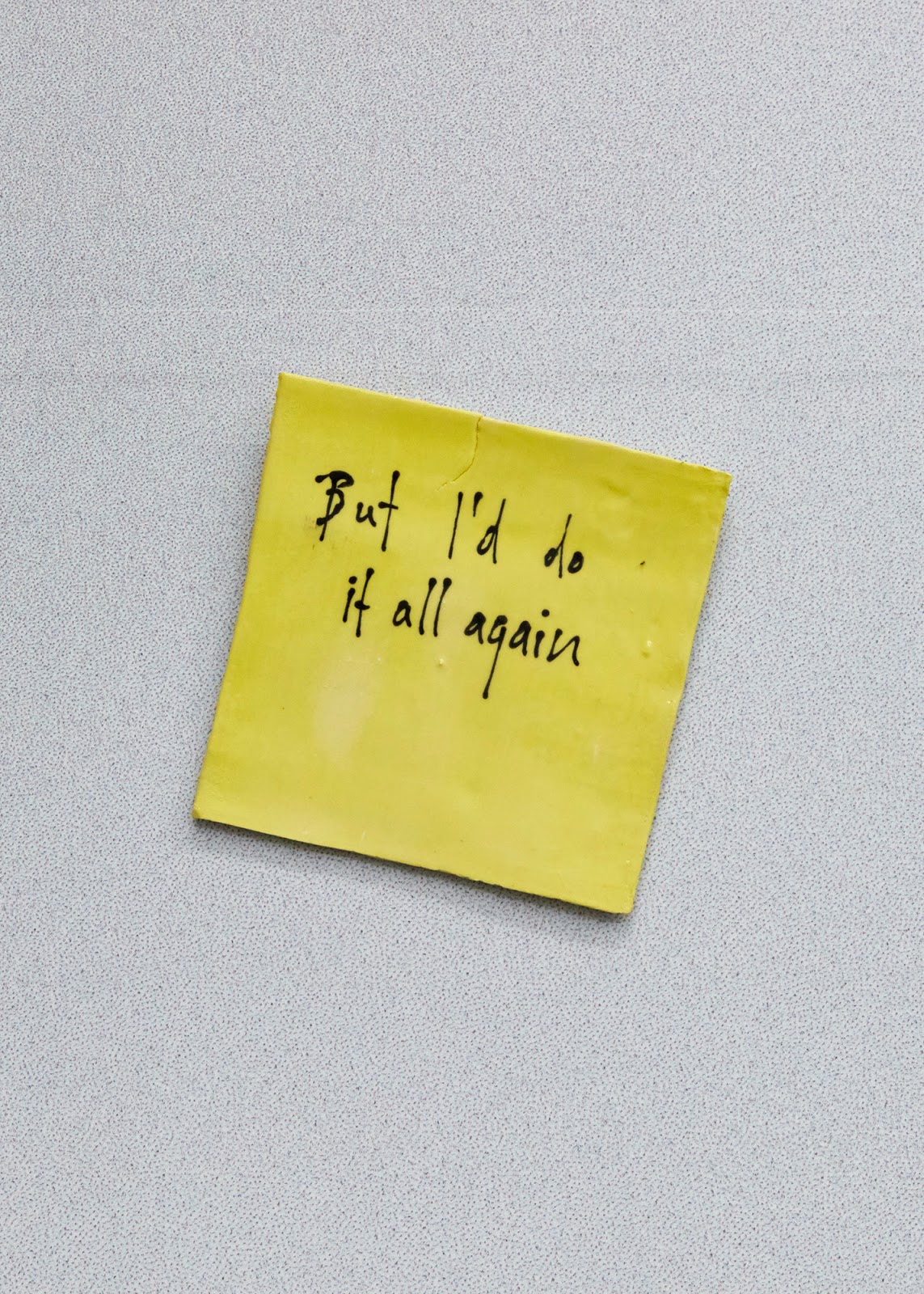 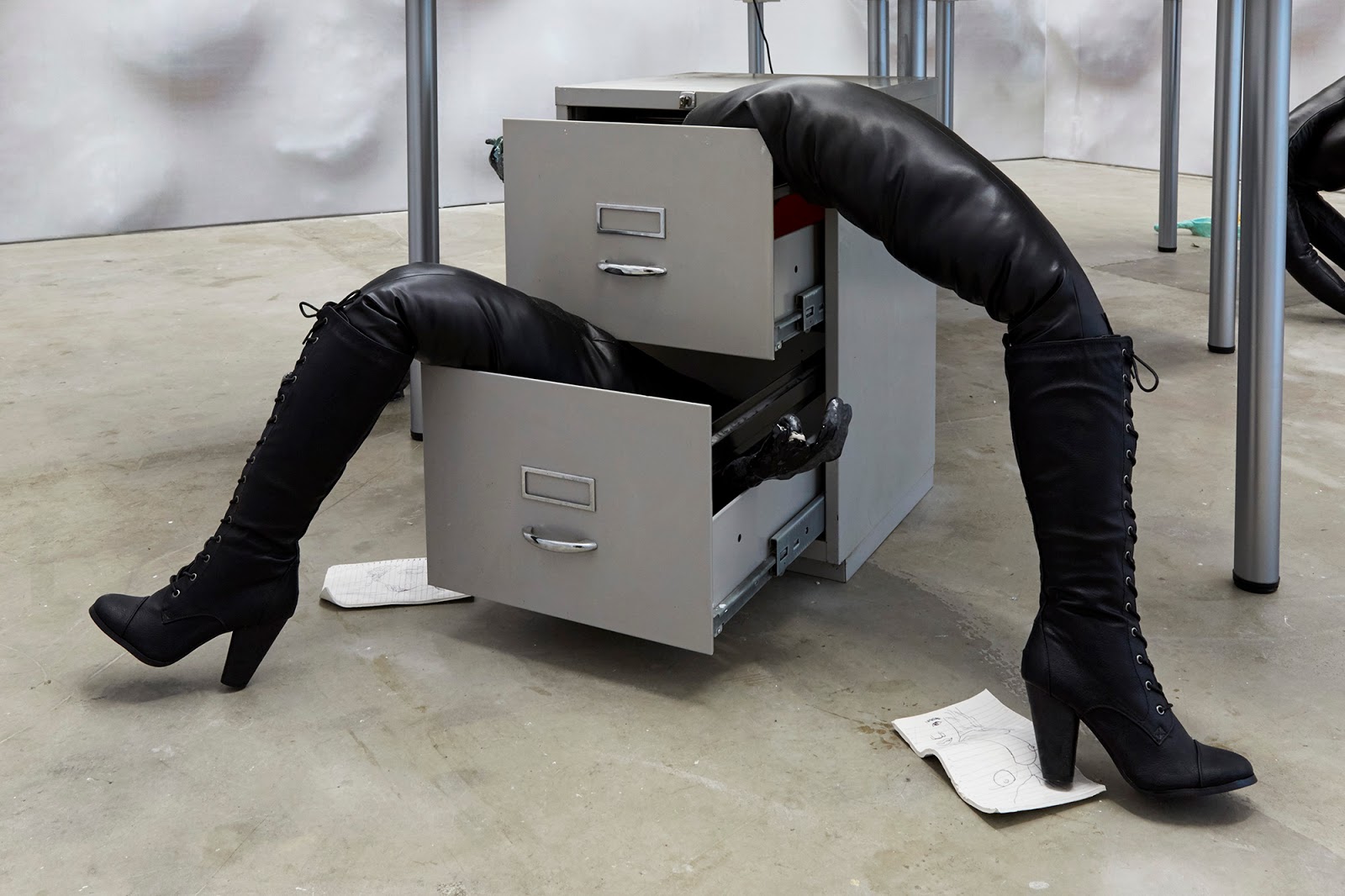 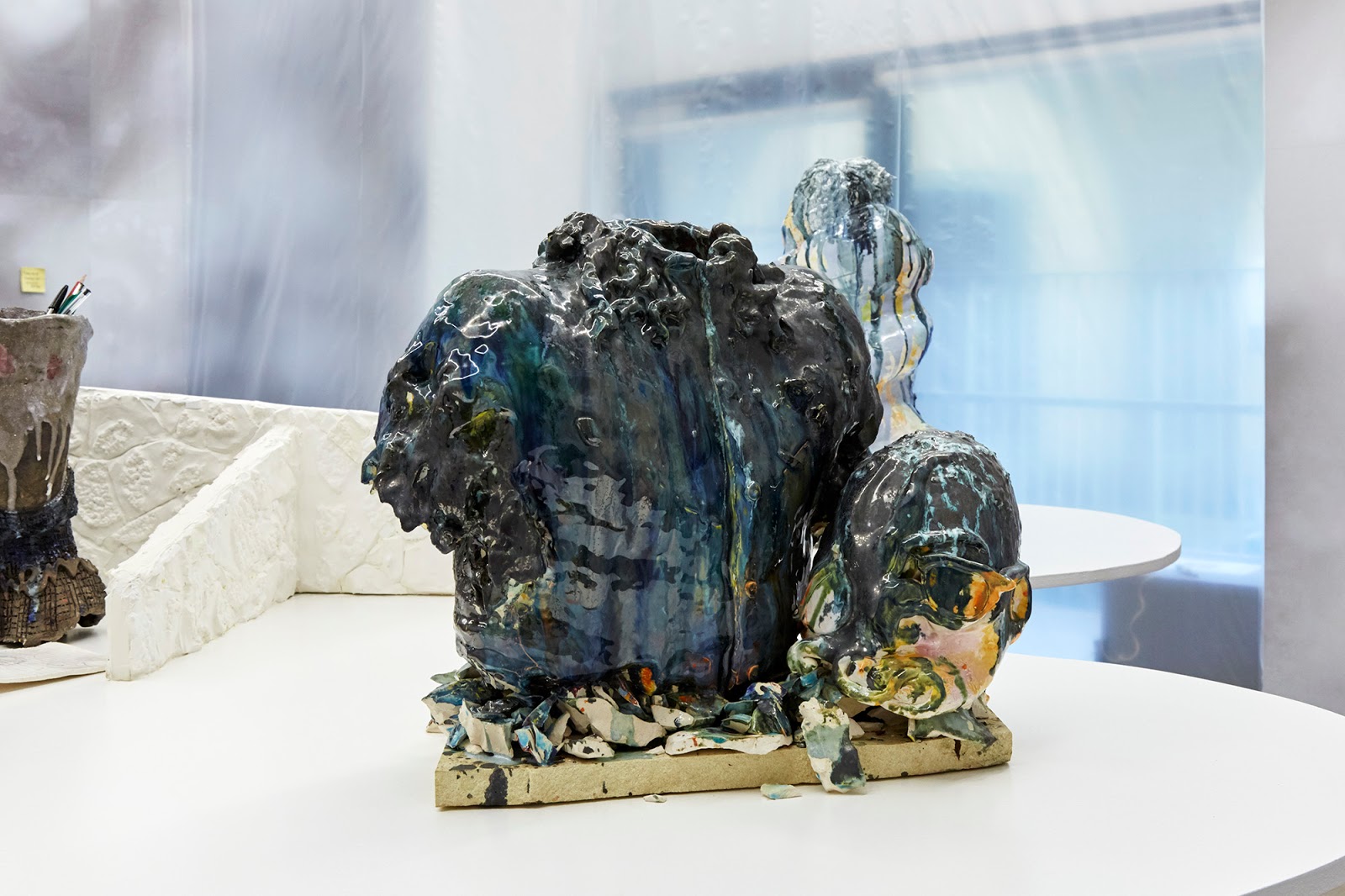 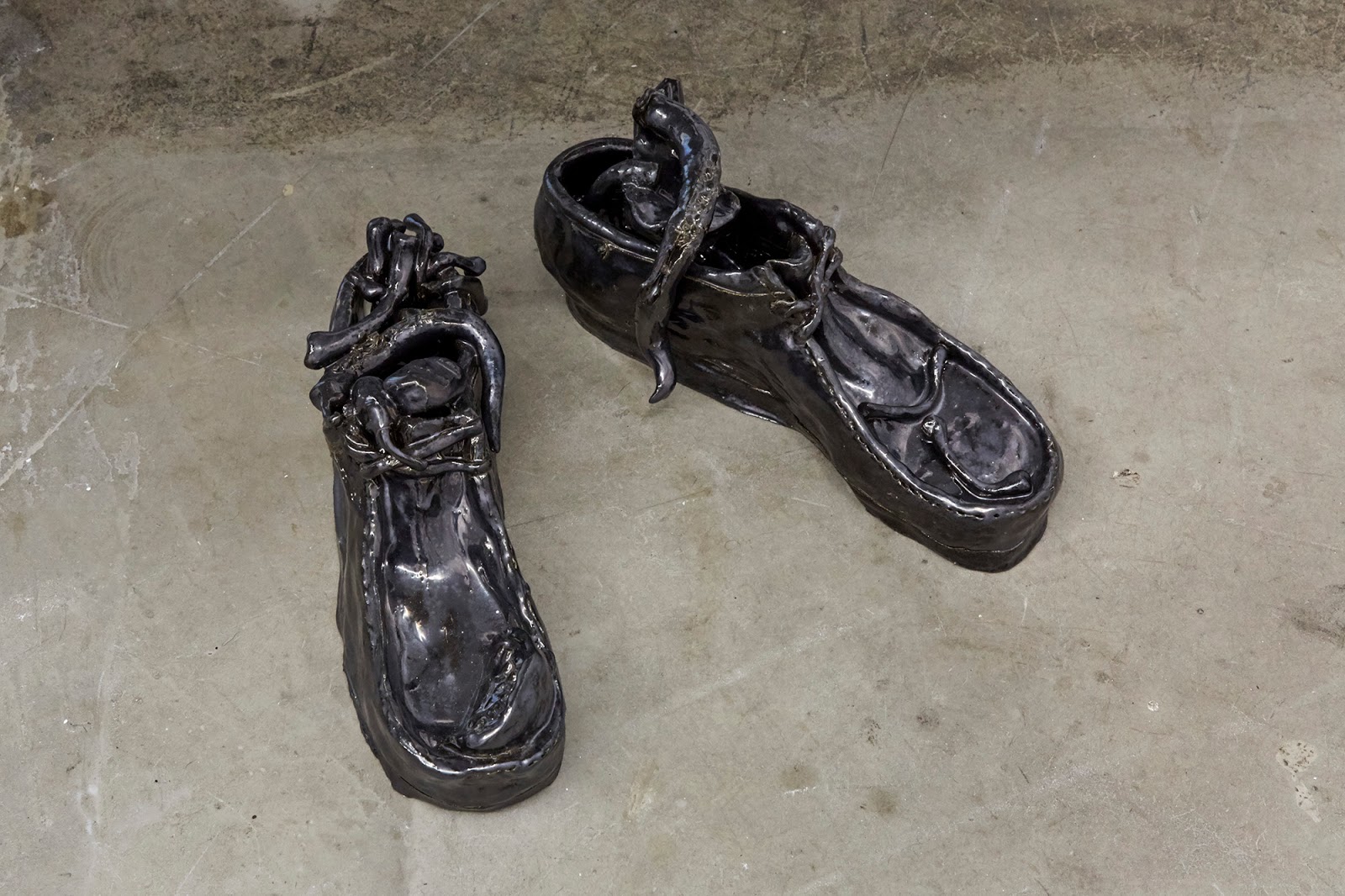 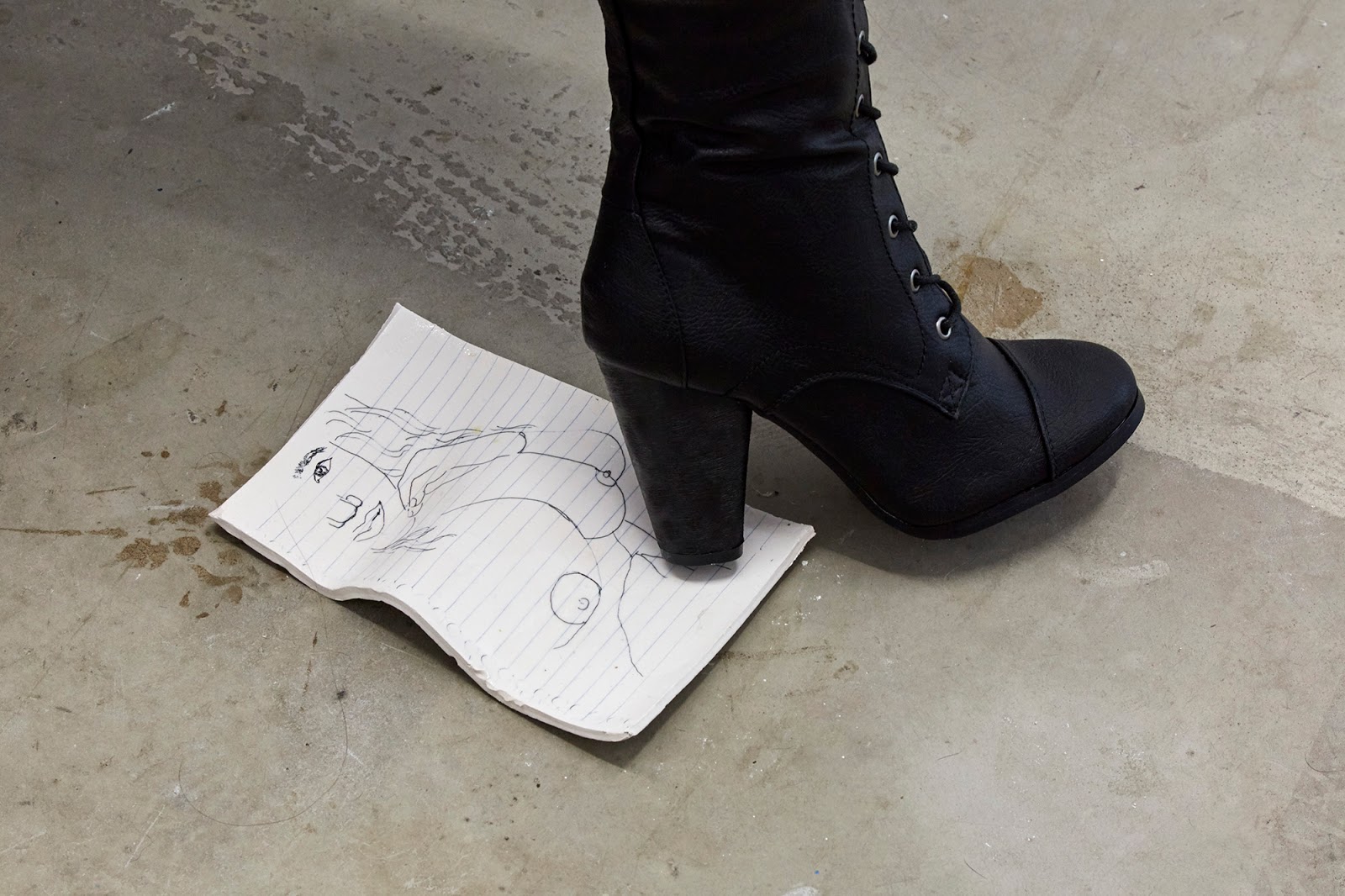 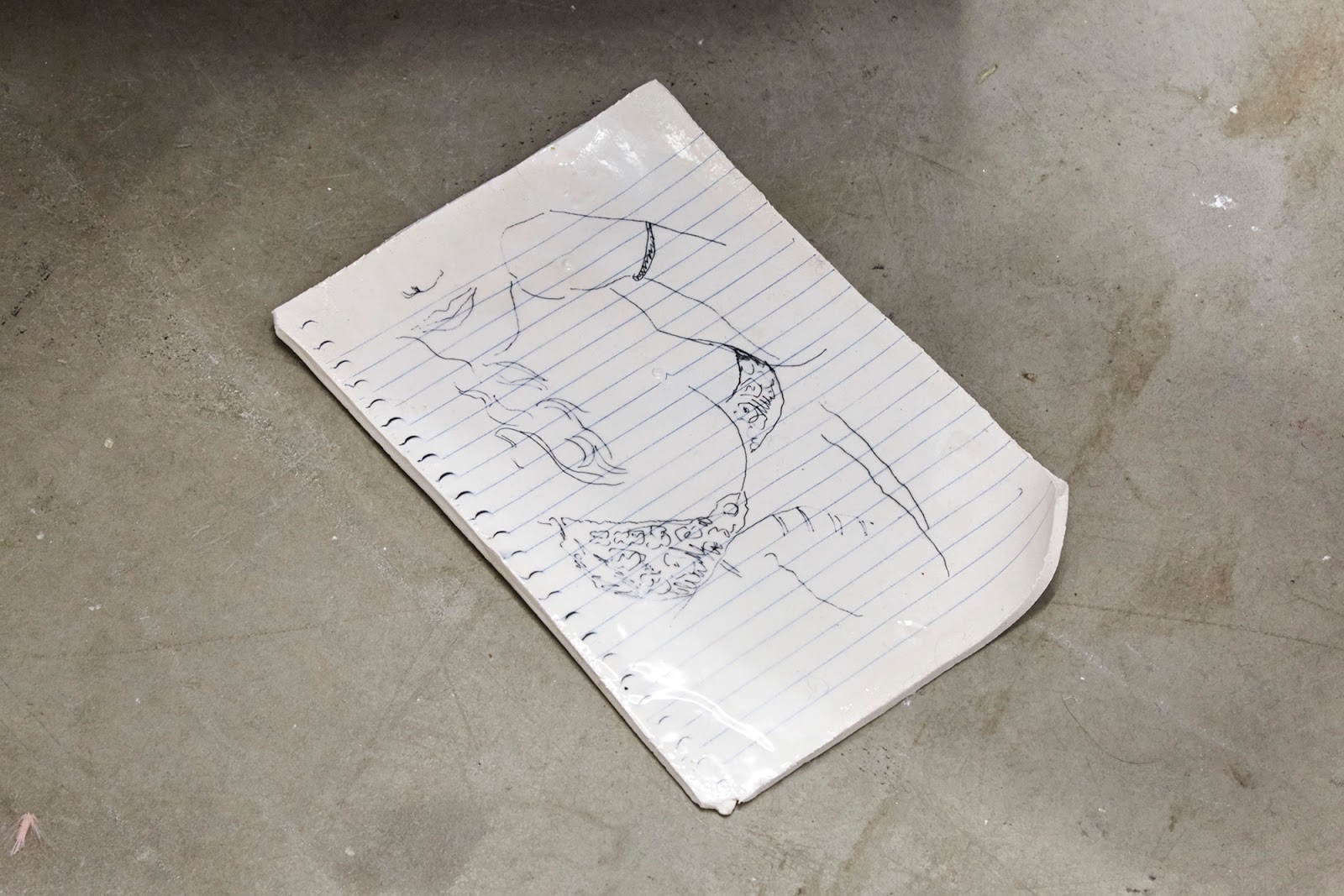 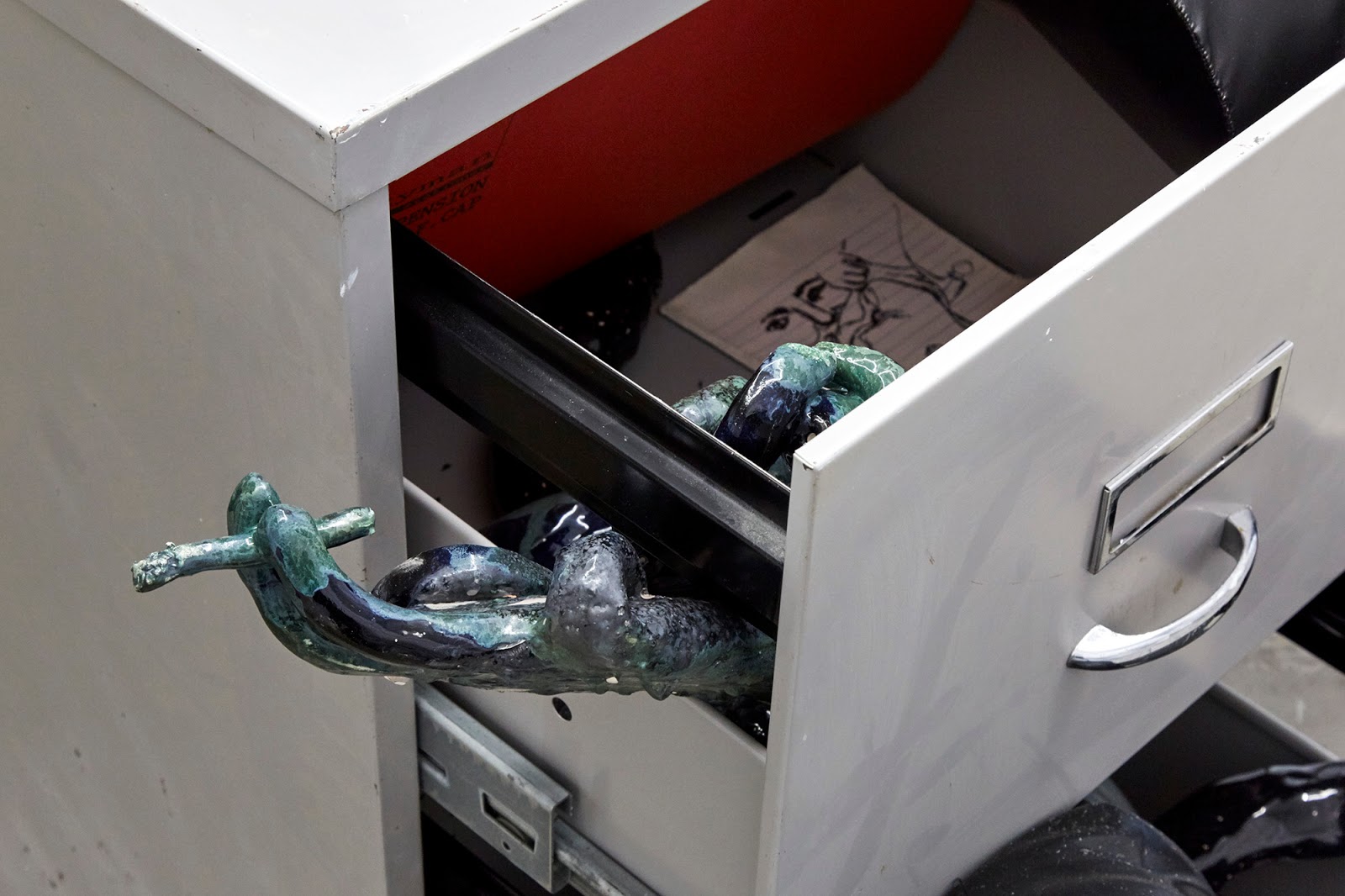 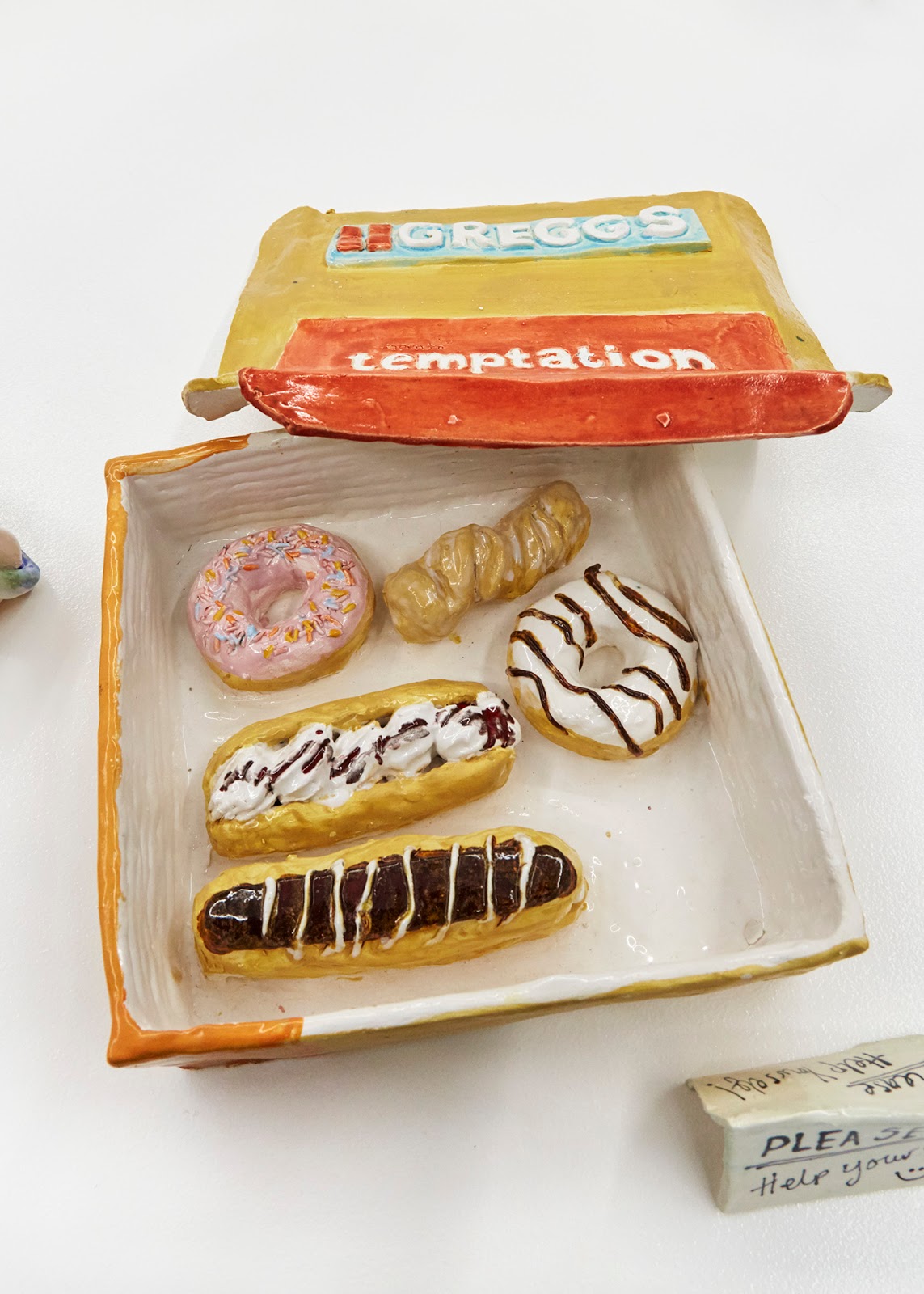 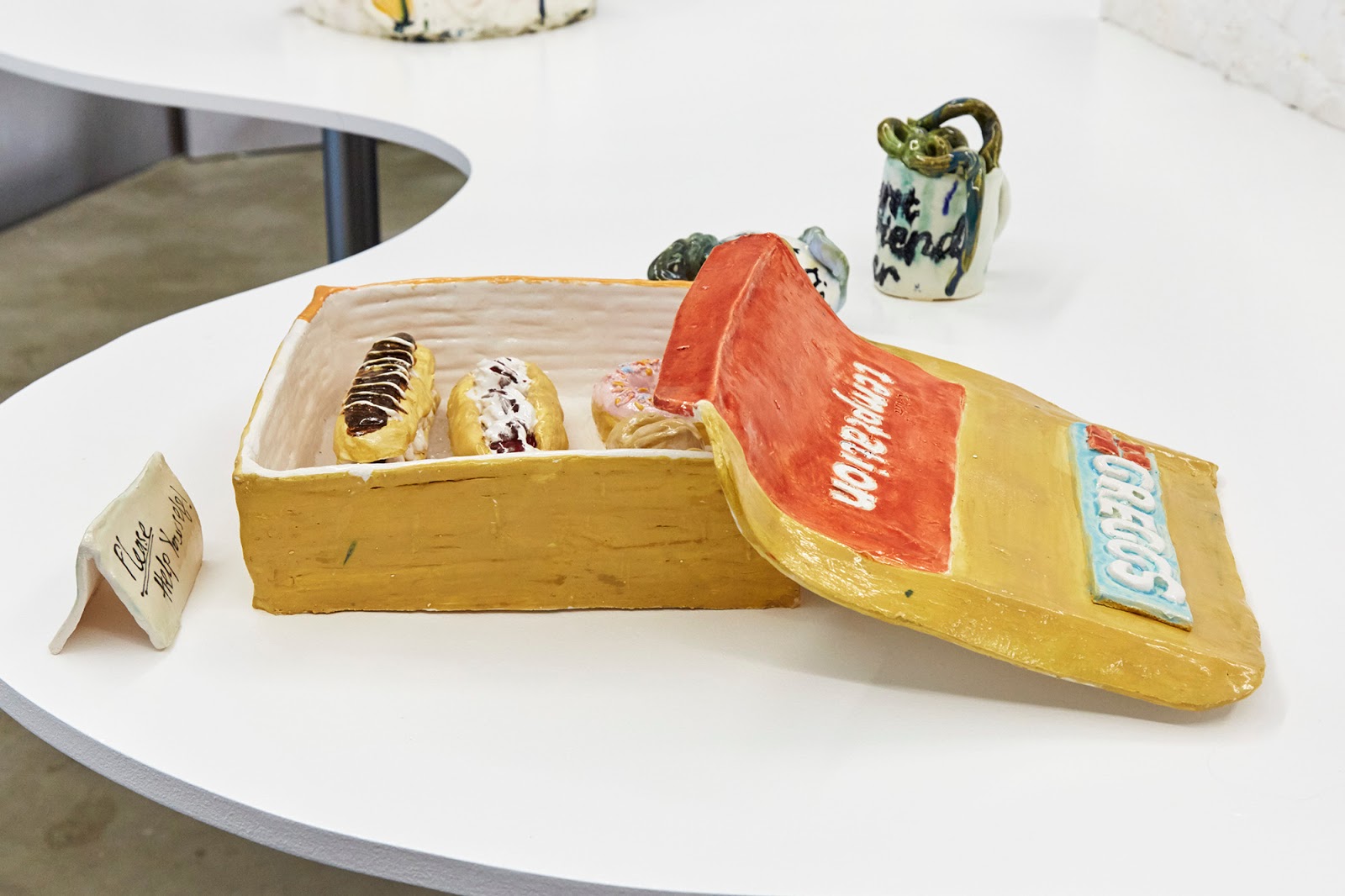 At first glance we are presented with an office environment not dissimilar to those many of us have worked within. A large communal desk sits in the centre of the room with a number of figures slumped at their stations. The walls are adorned with wallpaper and peppered with post-it notes, ‘You were the best looking boy in year 7’.. ‘i was finally someones girlfriend’.. ‘you dumped me after a week’, a radio in the corner plays breakup songs after breakup song.
The Ex Files is an immersive installation which transports us back to an early noughties office from Mendick’s youth inhabited by ceramic effigies of former partners, musing on love lost and found and lost again.
Tags Castor, Lazy exhibitions, Lindsey Mendick, London, solo show
Newer Post Older Post Home