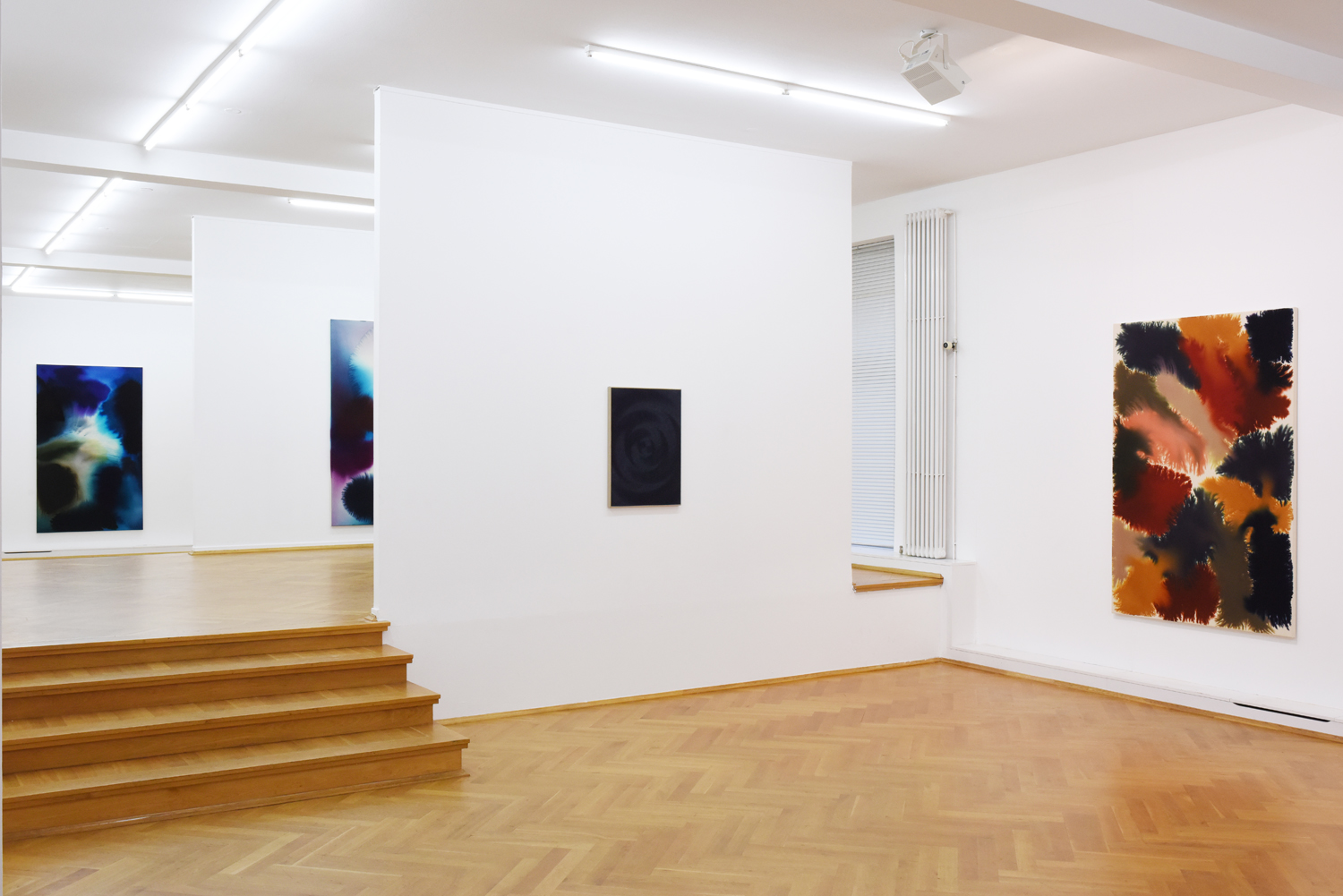 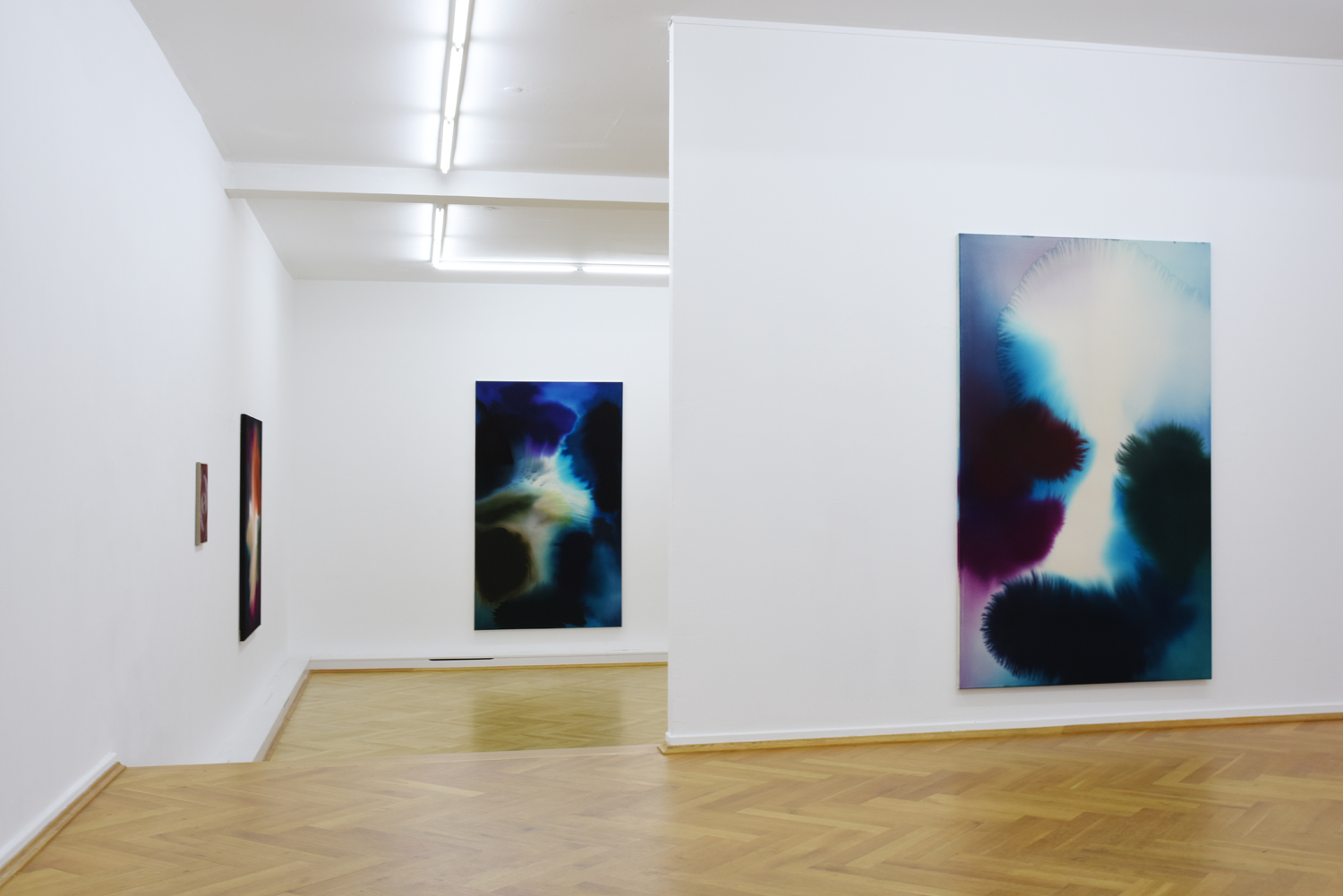 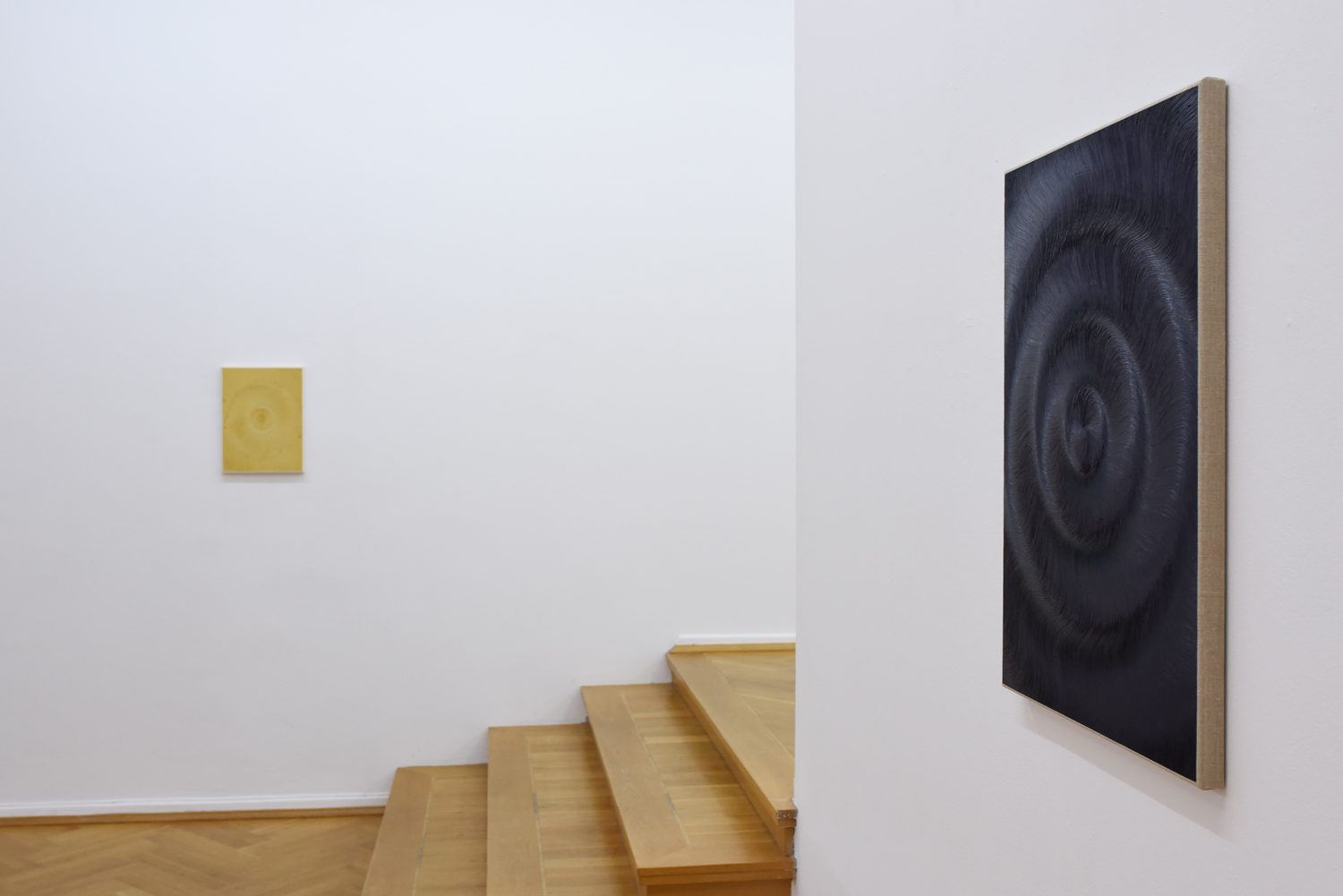 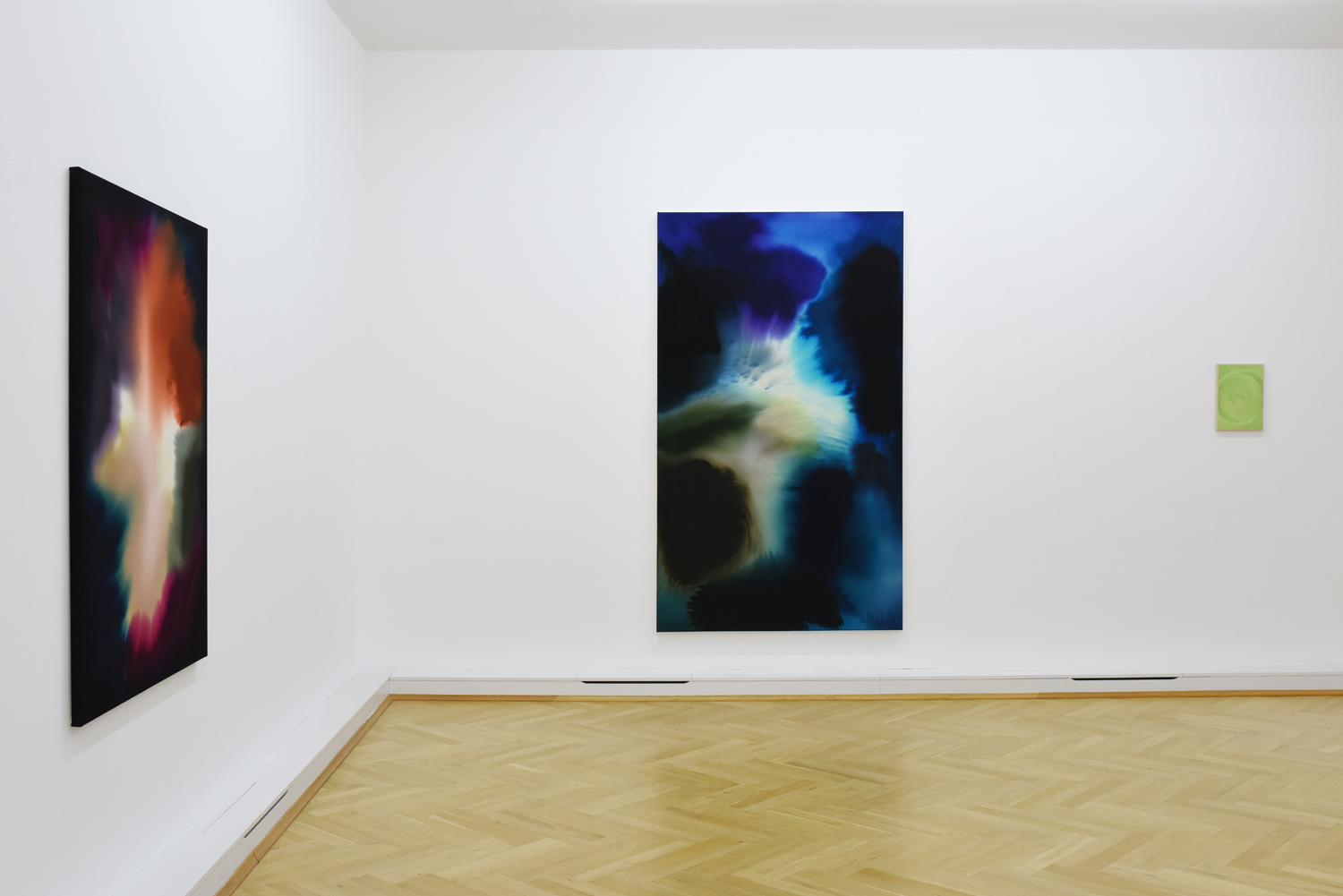 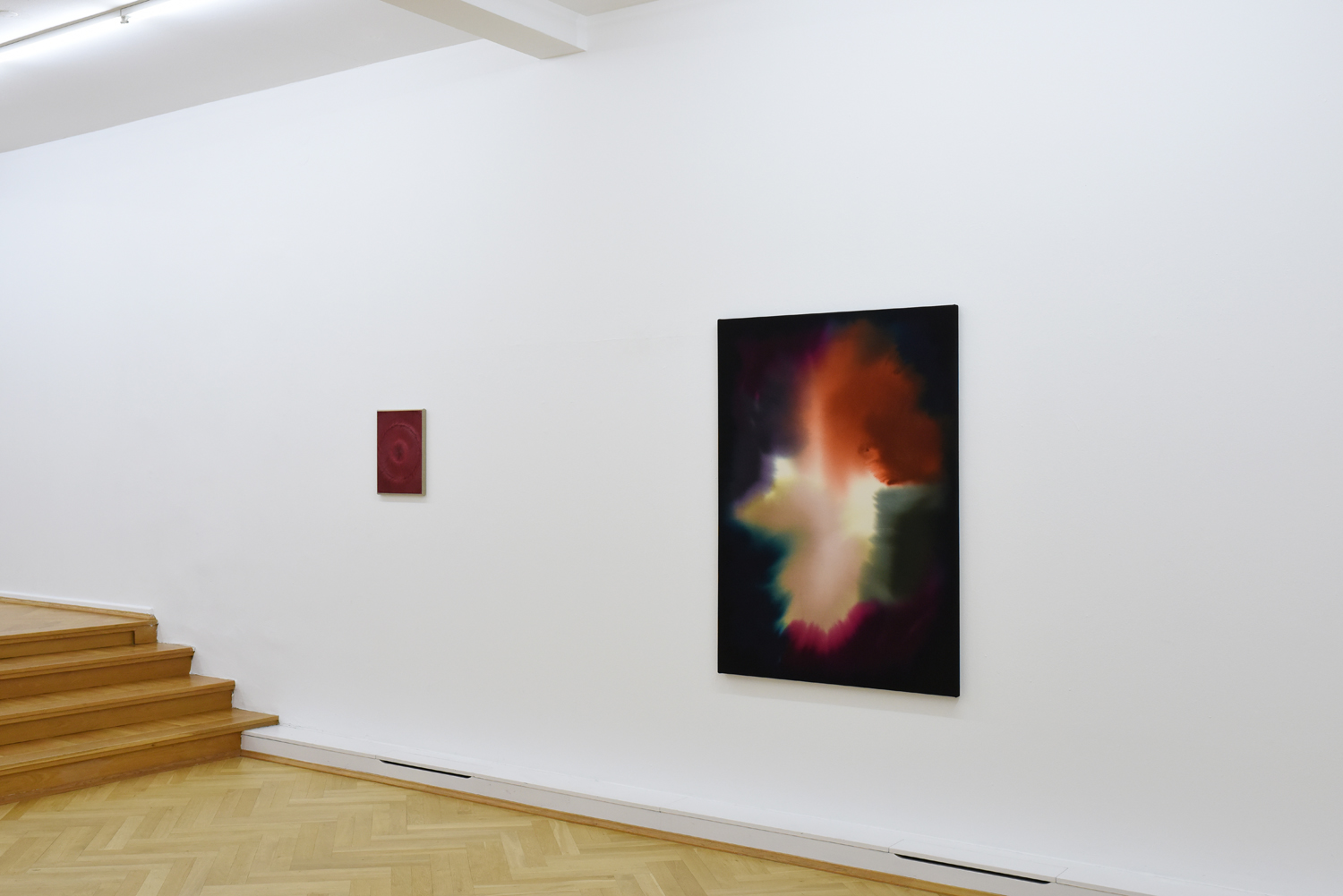 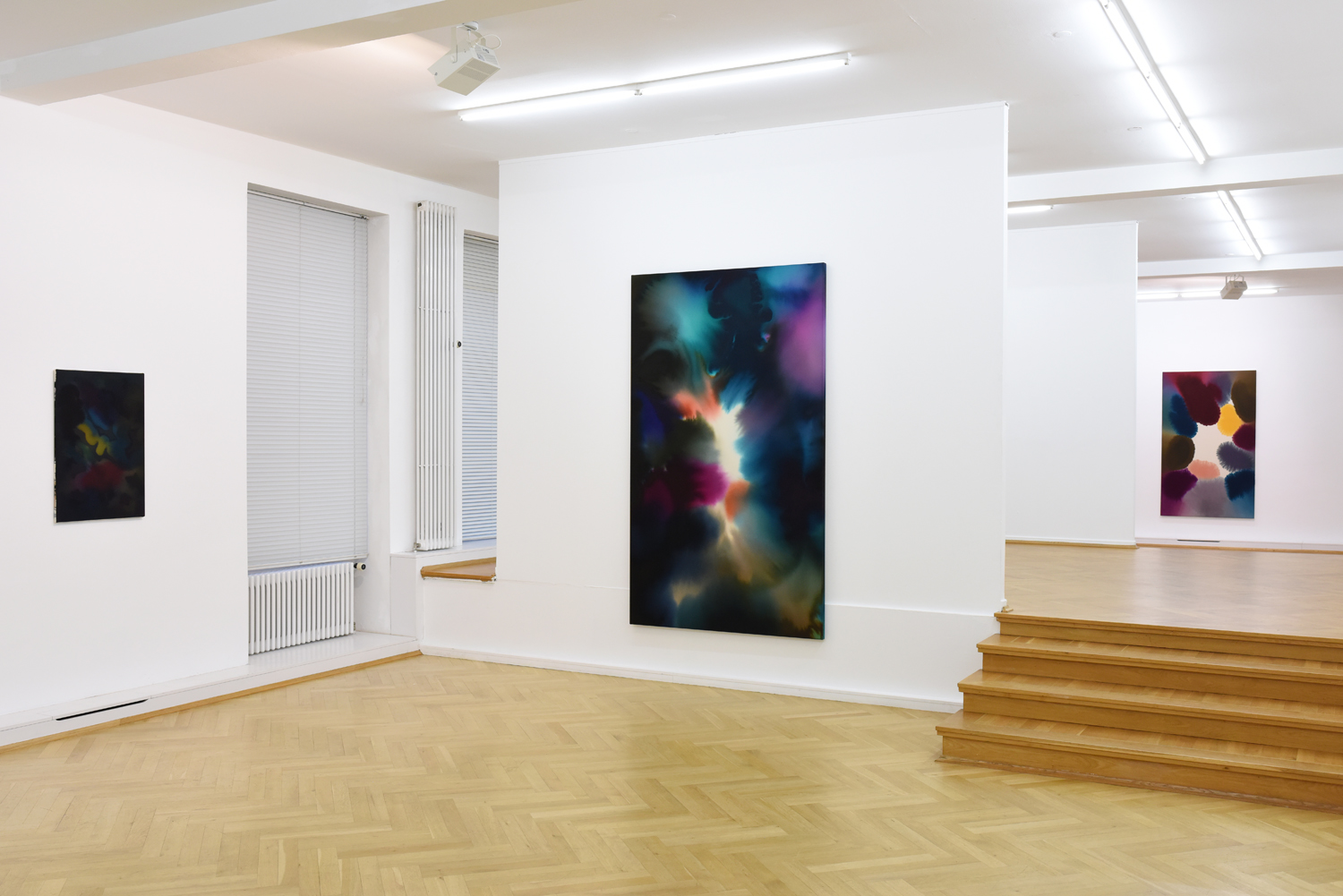 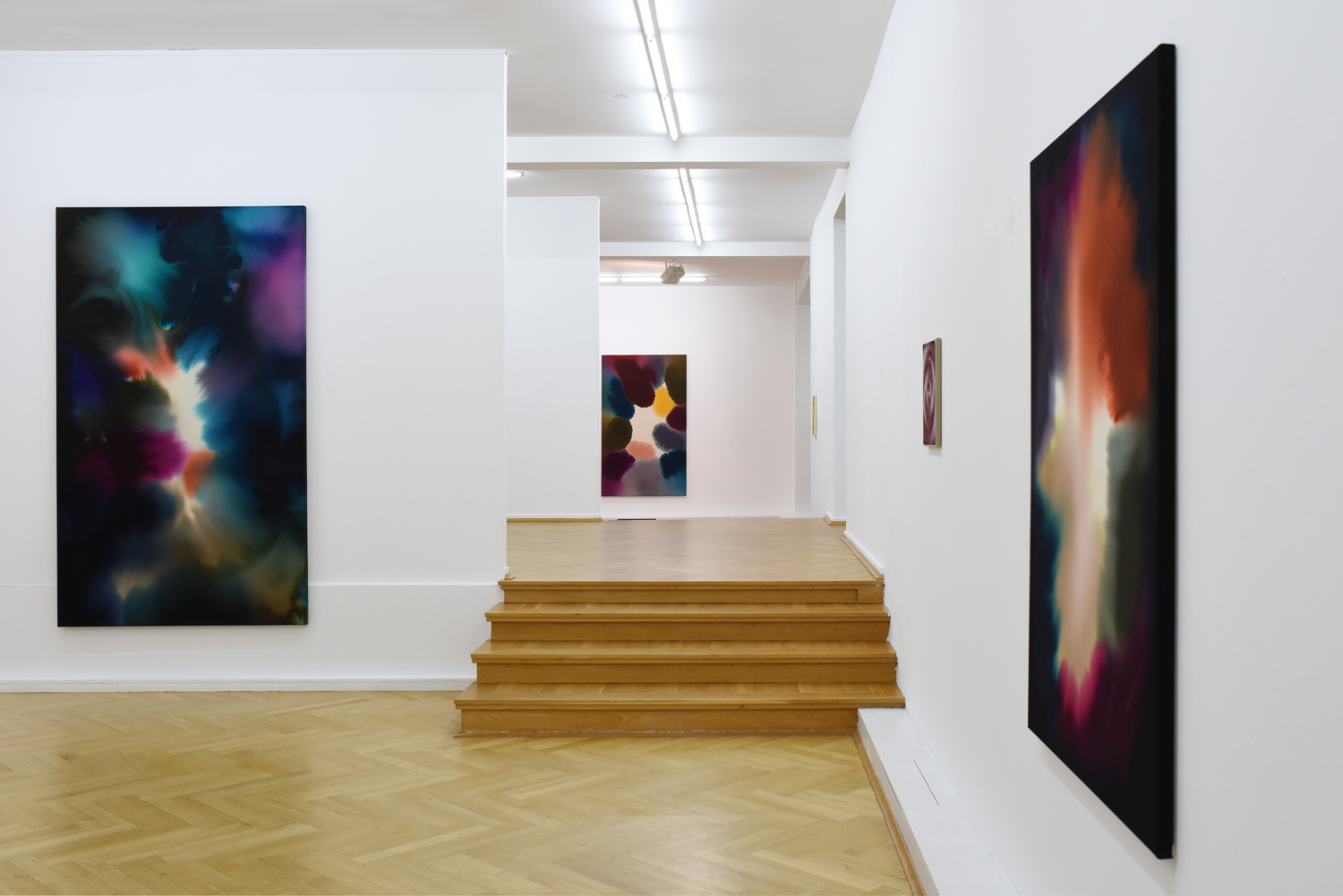 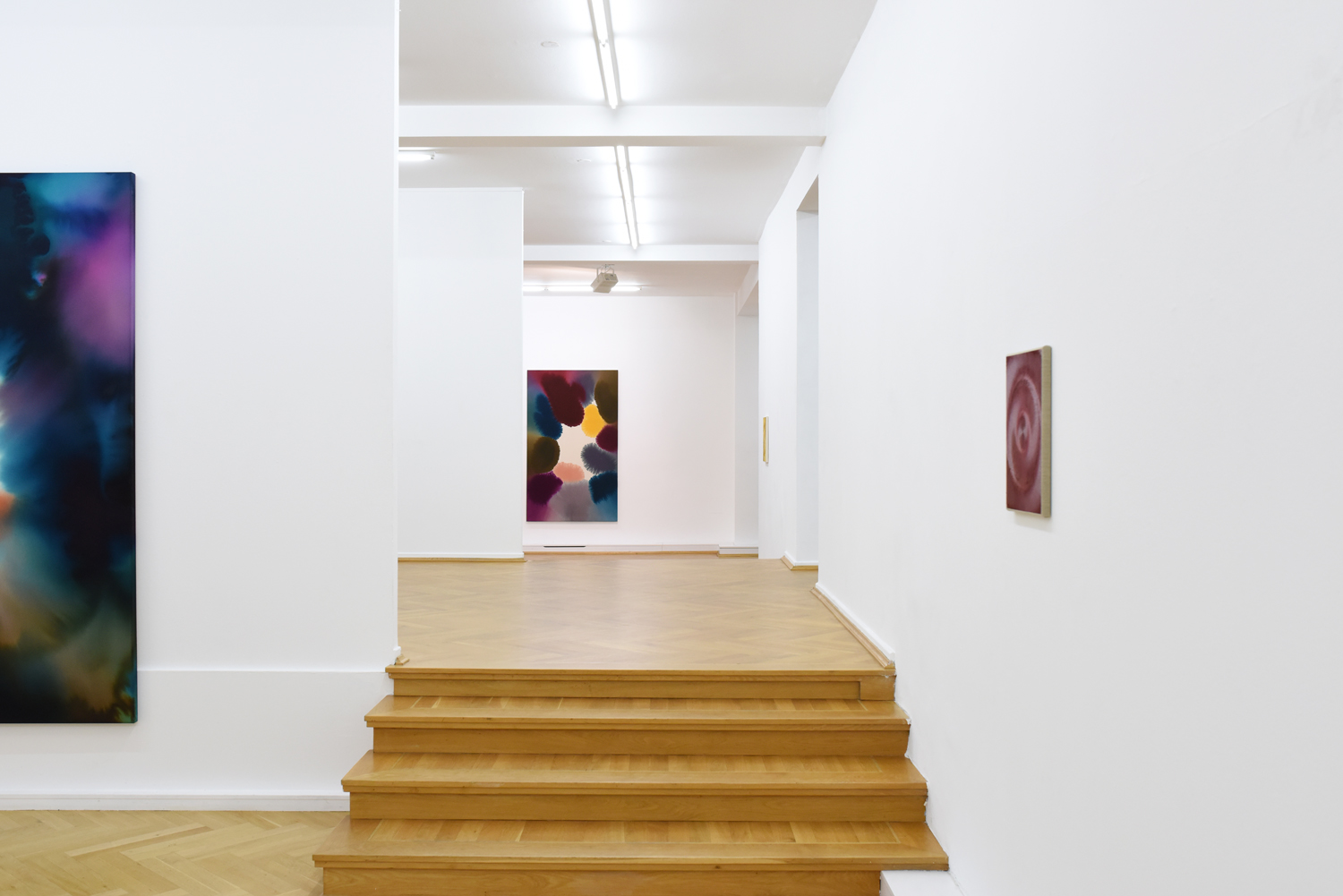 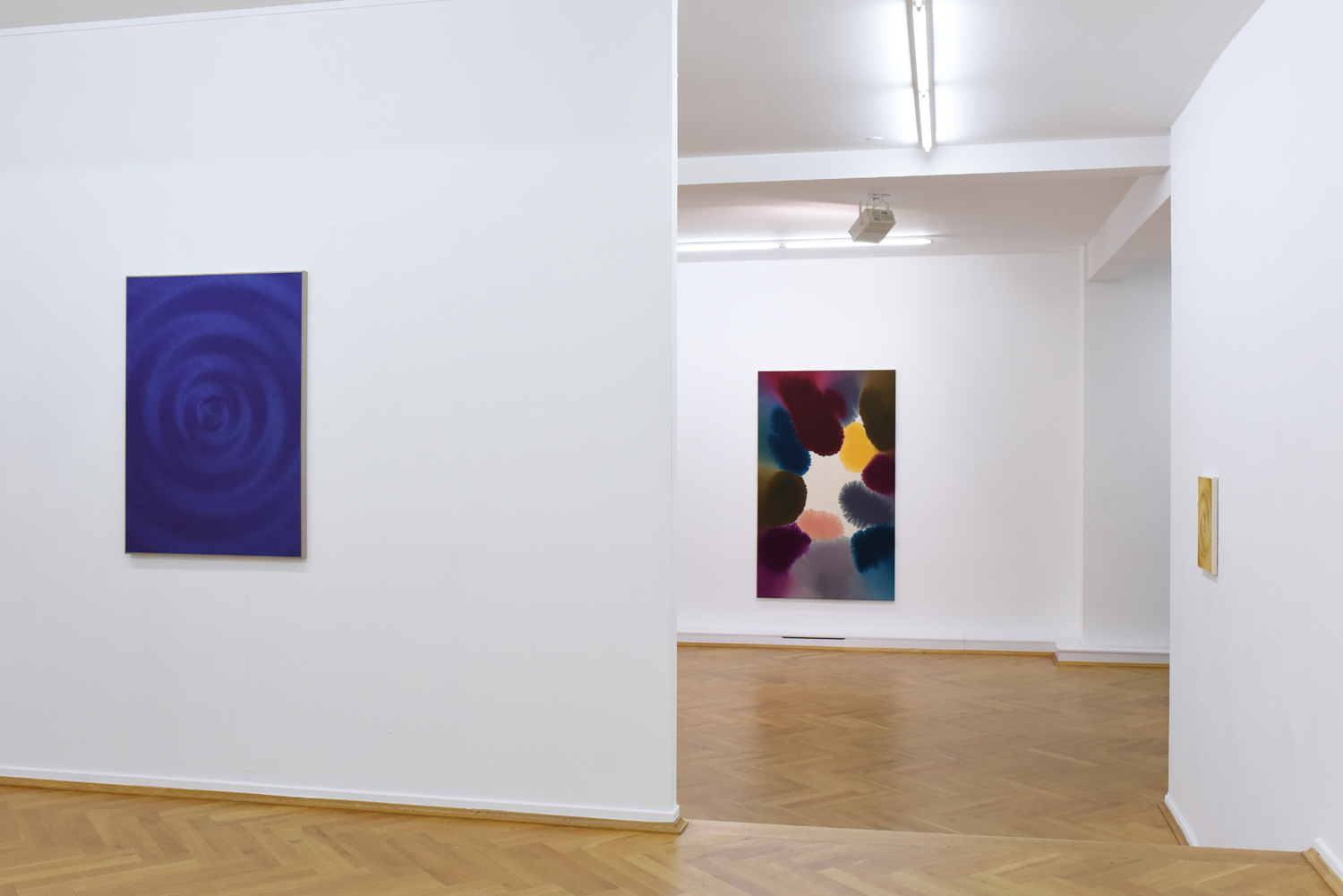 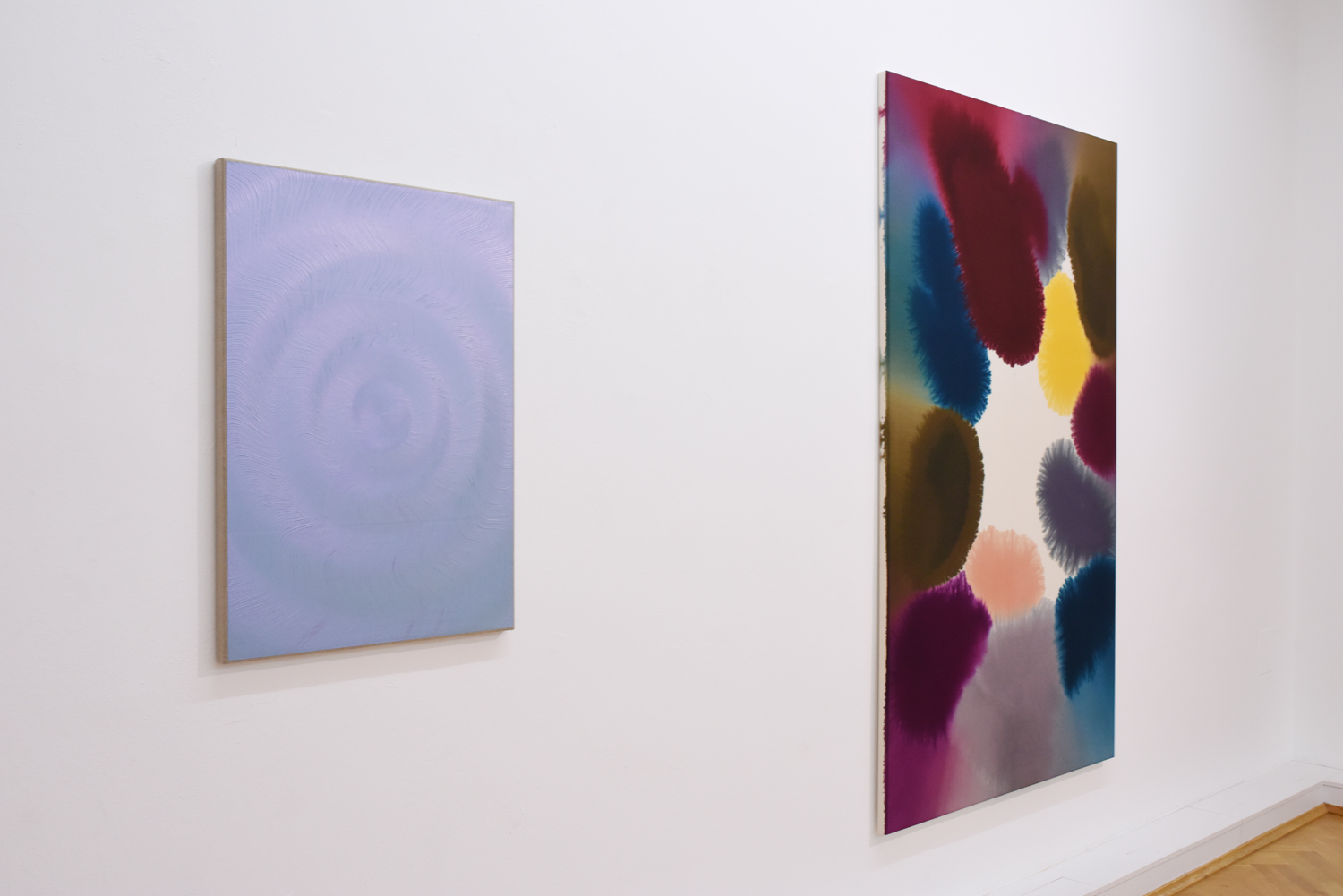 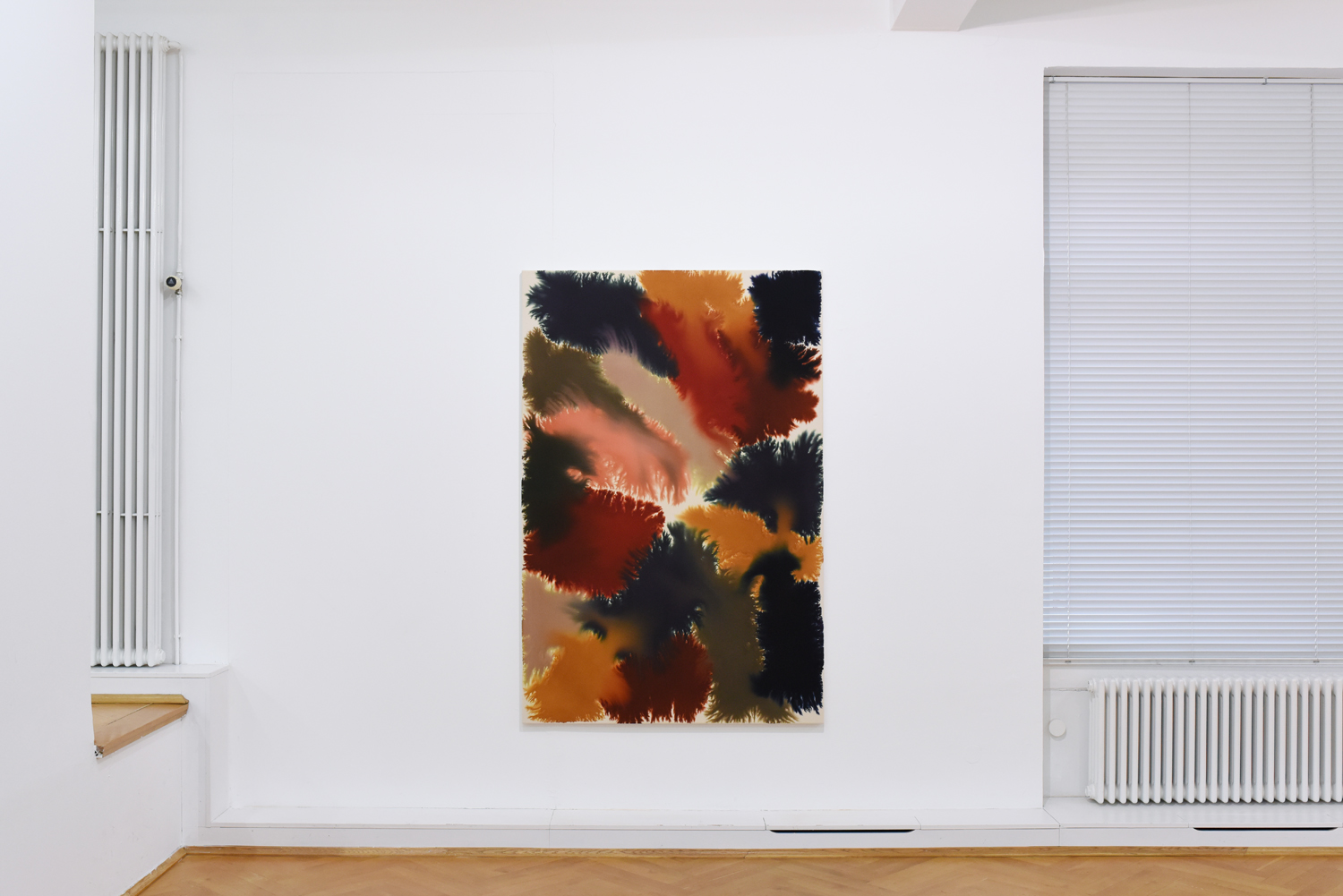 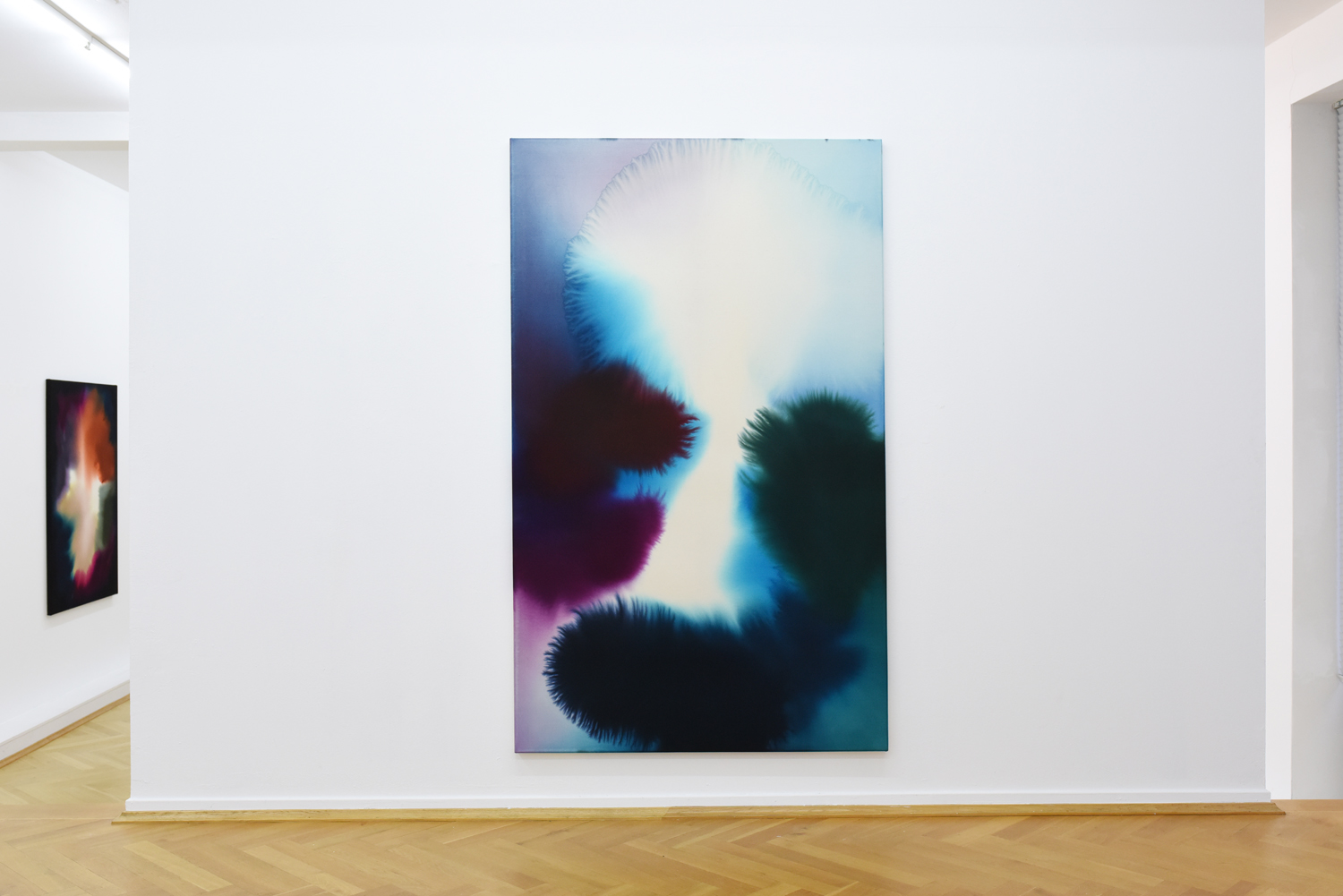 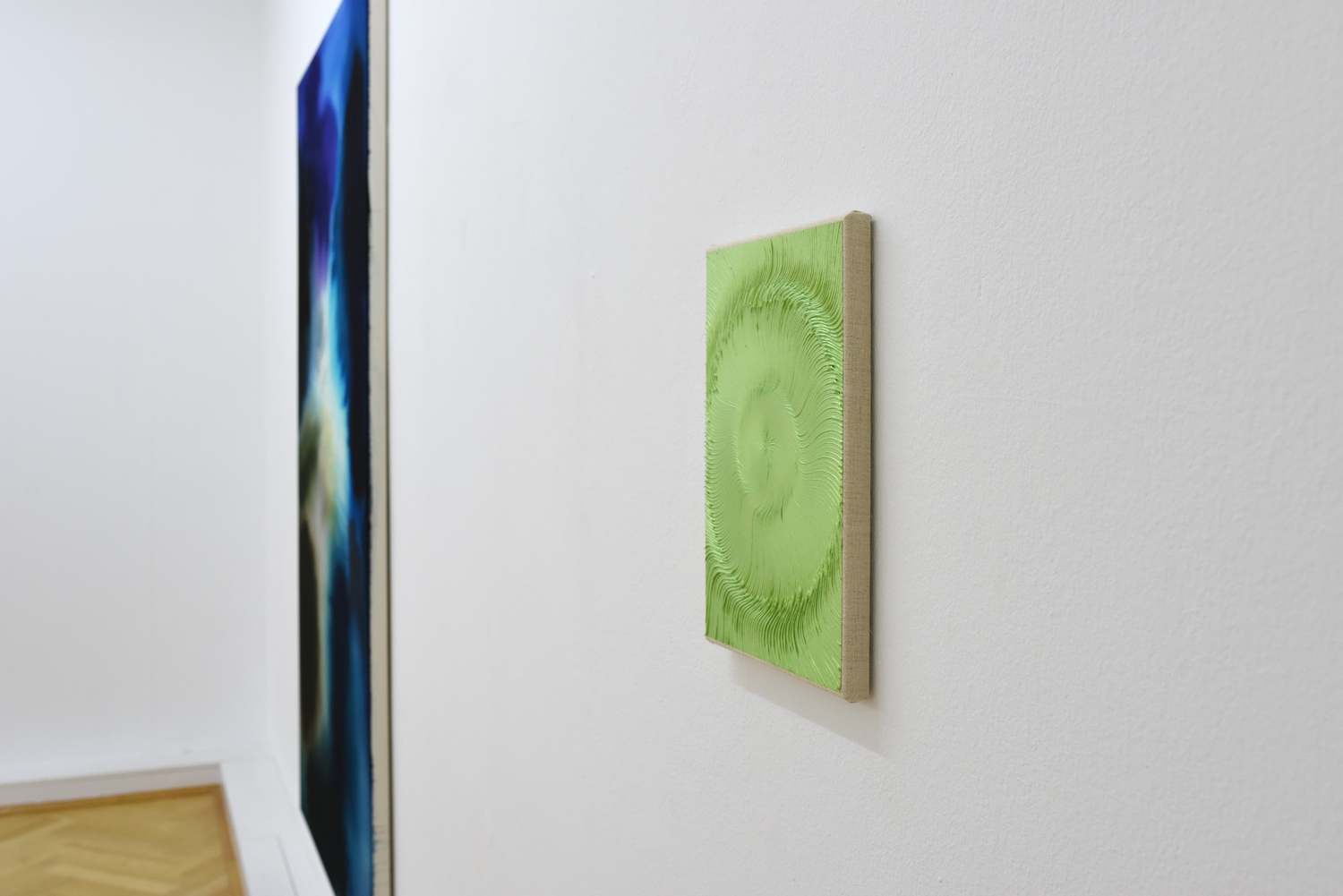 An encounter with the works of painter Giacomo Santiago Rogado (b. 1979) is characterized by seductive fascination. A colorful ballad with a hypnotic effect, they immediately capture the viewer’s imagination. Rogado’s abstract paintings are inspired by meditation. The painter’s thematic engagement with contemplation and deceleration runs through his entire oeuvre, for which he primarily employs materials such as oil, pigment or acrylic paint on canvas.

Bernhard Knaus Fine Art presents the two painting series Coalescence (2014-2018) and Intuition (2016-2018) in the exhibition “Depth of Field.” Rogado’s painting practice centers on the visual effect of the rhythmic movement of color and shape, as well as their influence on our perception of depth of field. Rogado uses two distinct techniques when creating his works, which oscillate between painterly accuracy and chance, between hypnotic effect and meditative dimension.

The pieces of the Coalescence series employ two additive colors each. The symmetrical curving lines cutting through the center of the respective canvas create a three-dimensional effect that conjures up associations of spirals. The focused work necessary for creating these pieces with their accurate lines requires the artist to enter a meditative state. The lines converge on the center of each of these pieces in a manner reminiscent of centripetal force, thus creating the optical effect of a rhythmic surface that pulls you in.

In contrast to the Coalescence pieces, which the painter realizes perfectly and with great concentration, Rogado looks to controlled chance for his painting series Intuition. In order to create the large-scale works dominated by colorful inky blotches, he thus places untreated canvases in a trough filled with water, in order to then carefully apply color pigments. While each work is based on a considered combination of colors, the formal composition is created intuitively. The characteristic effect is consequently achieved through the water evaporating. The contrasting and in part blurry areas of color have something of a hypnotizing effect, as we try to follow and focus on the forms on the canvas. The paintings conjure up associations with single-celled organisms, sponges or the cosmos. For the painter, the process of working is at the forefront of his thinking. The interplay of colors, forms and movement exerts a hypnotic pull on the viewer that is hard to resist.

In this context, the title “Depth of Field” appears like a word play intended to sensitize us to the contemplation of the works. Rogado himself describes his works as “rooms,” which he frequents, and to which he thus attributes three-dimensionality. At the same time, he speaks of painting as a “thought process that has materialized on the surface of the canvas.” Visitors to the exhibition will find it easy to move around these spaces, to journey inward and to allow their gaze upon themselves and their environment to be sharpened – quite in keeping with meditation.