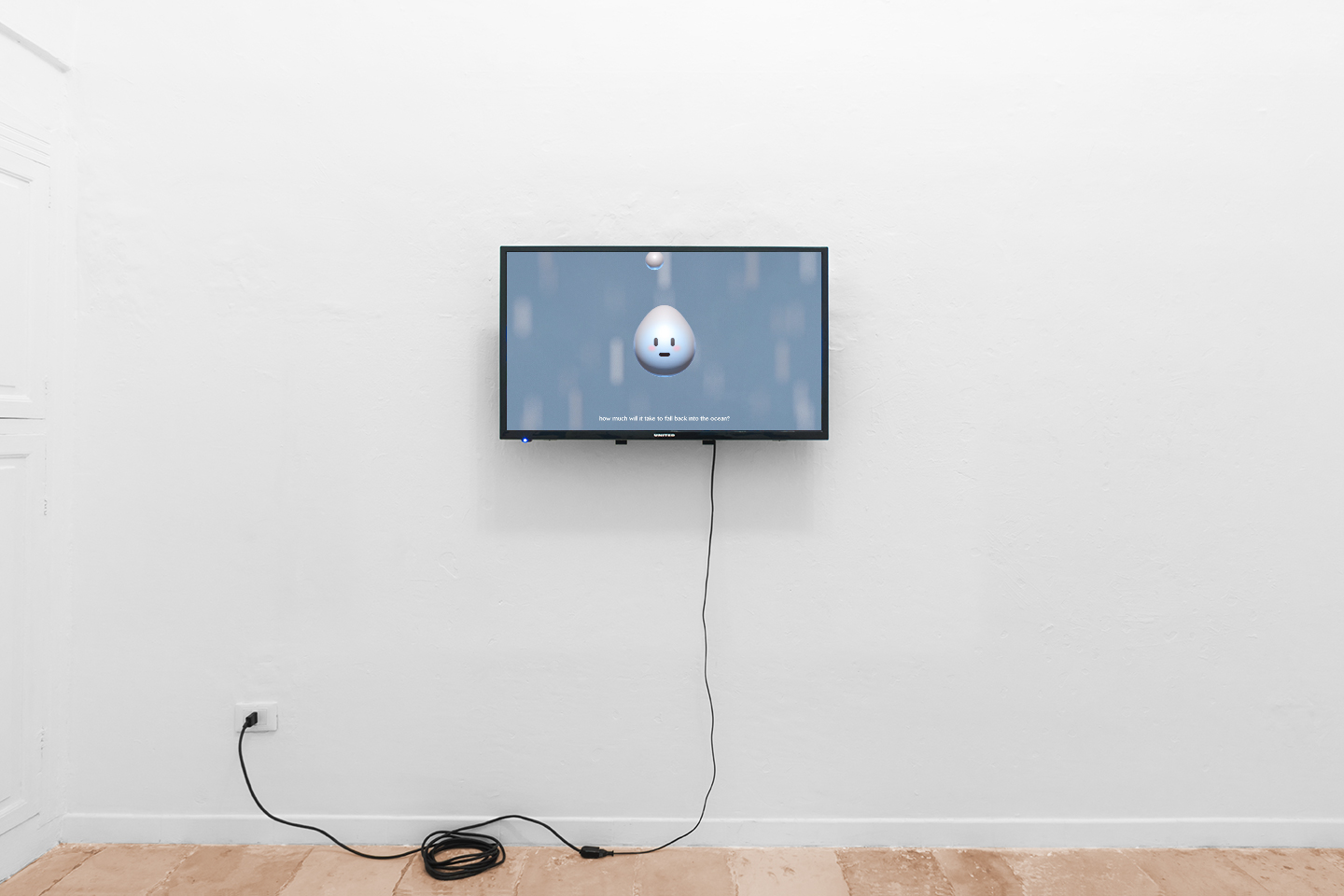 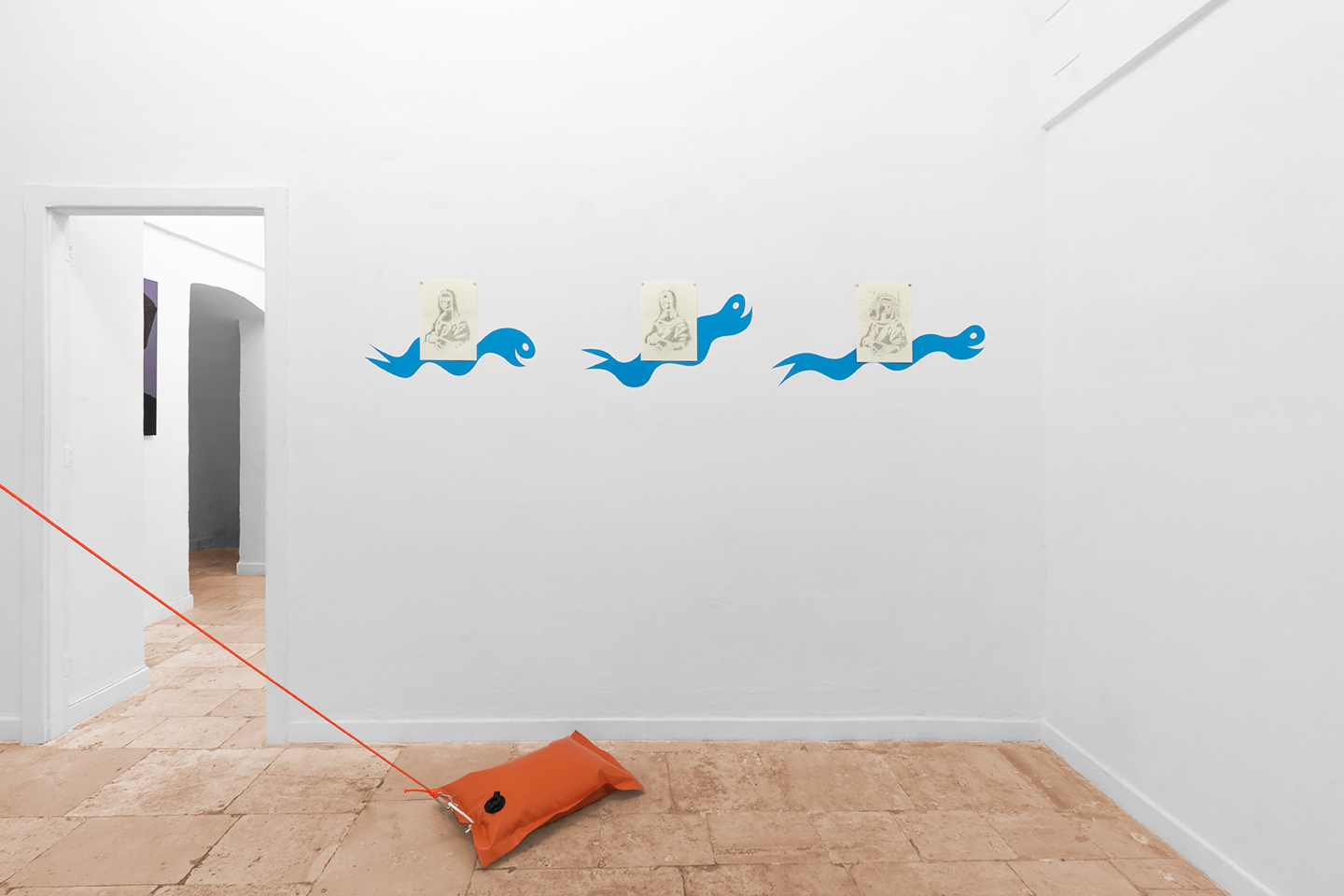 Dripping in crocodile tears is the third appointment of TALEA, a project curated by Like A Little Disaster and dedicated to contemporary curatorial research.

Long ago and in the most torrid era of time
an anthropomorphic Miocene ape,
fearful, hairy, non-differentiated,
gazed at her own reflection
in salty and brackish water
before Narcissus could stare at his own.

With wet fur she happily remained at the water’s edge
leaving behind the cosy branches of the forest
then one day,
just like a beaver on two legs,
she moved into the water
wading out as far as it was still possible to breath.

Limbs immersed and
and lips moist
sometimes floating like Ophelia,
sometimes diving like a seabird,
she started spending her days swimming and plunging into the water
like a newborn, webbed fish.

She started eating in the sea,
under the water and then surfacing,
getting used to a complex way to chew
lips-tongue-throat
keeping the water out of her lungs
and regulating the pressure of the respiratory tract,
this aquatic ancestor uttered her first word

Little by little, she became naked and viscous
a wonderful swimmer,
displaying new forms and a hydrodynamic lightness.
But emerging from the froth nobody called her — Venus!
because she preferred to blend in among the sirenoids
even after she had lost her tail.

The aquatic heiress,
with her salt-wrinkled skin,
endowed herself with more Meissner’s corpuscles
for a more sensitive touch
and a precision grip the apes would envy,
discovering a child-like joy
in the soft mixture
of dirt and water.

Like her big-brained marine brothers and sisters
— dolphins, porpoises and seals —
she ingested a lot of water and salt
so she had to imitate hydraulic systems
to dry and hydrate herself correctly
to urinate from beneath,
and from above, drip like a crocodile
tears from her eyes
in the company of seals, birds, snakes, turtles,
thus staying soft forever.

For a long time she remained in this mucus.

Then the rains came
and the rivers filled up with fresh water,
so the course was reversed
towards new vegetation,
sweet fruits
the murmur of the earth and
the drying fire.

The modern homo ape
carried the ocean inside herself,
in her blood-tissues-organic matter,
and in her swaying

as tireless
as its beloved shores.