Corey Mason at A + B gallery / Brescia 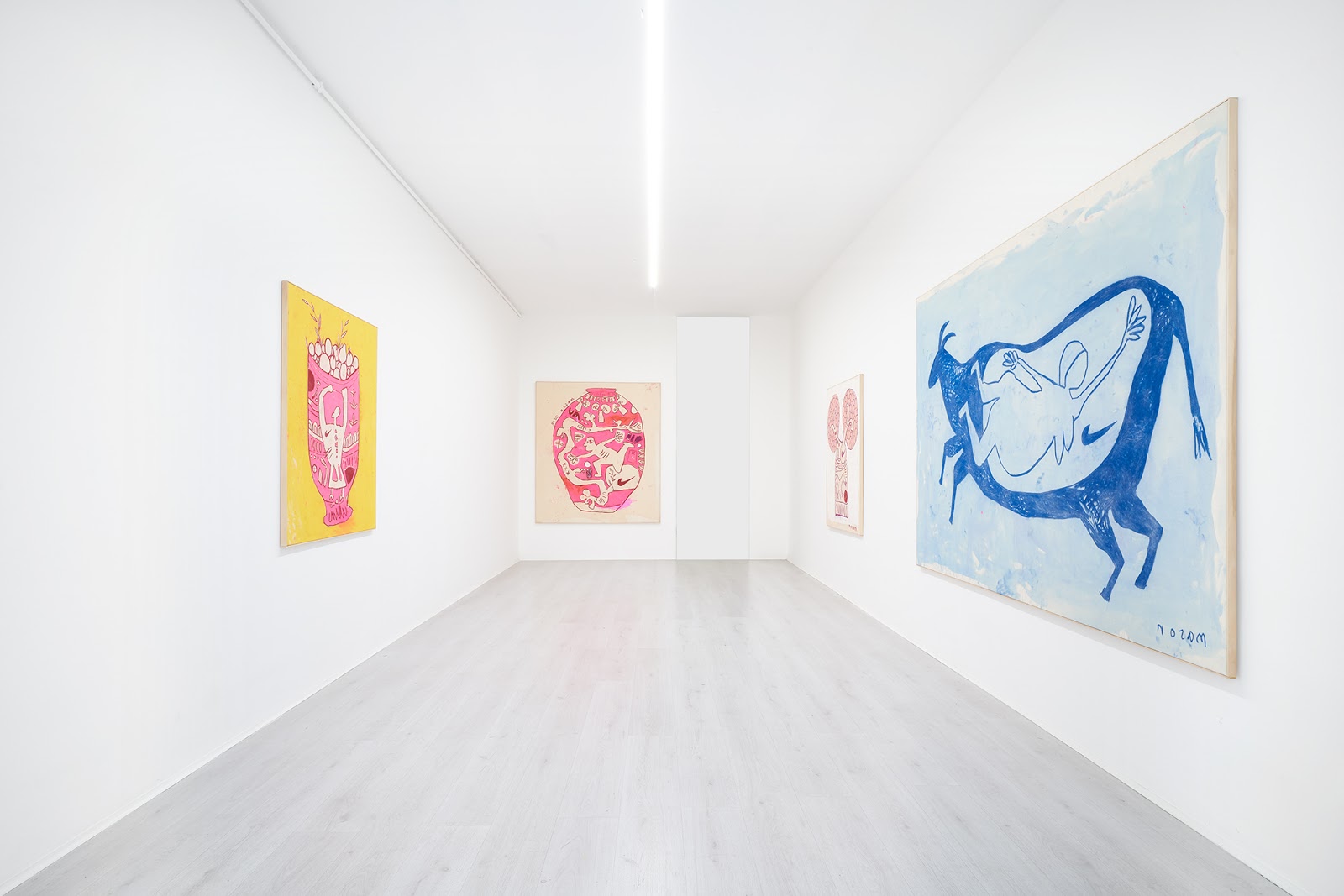 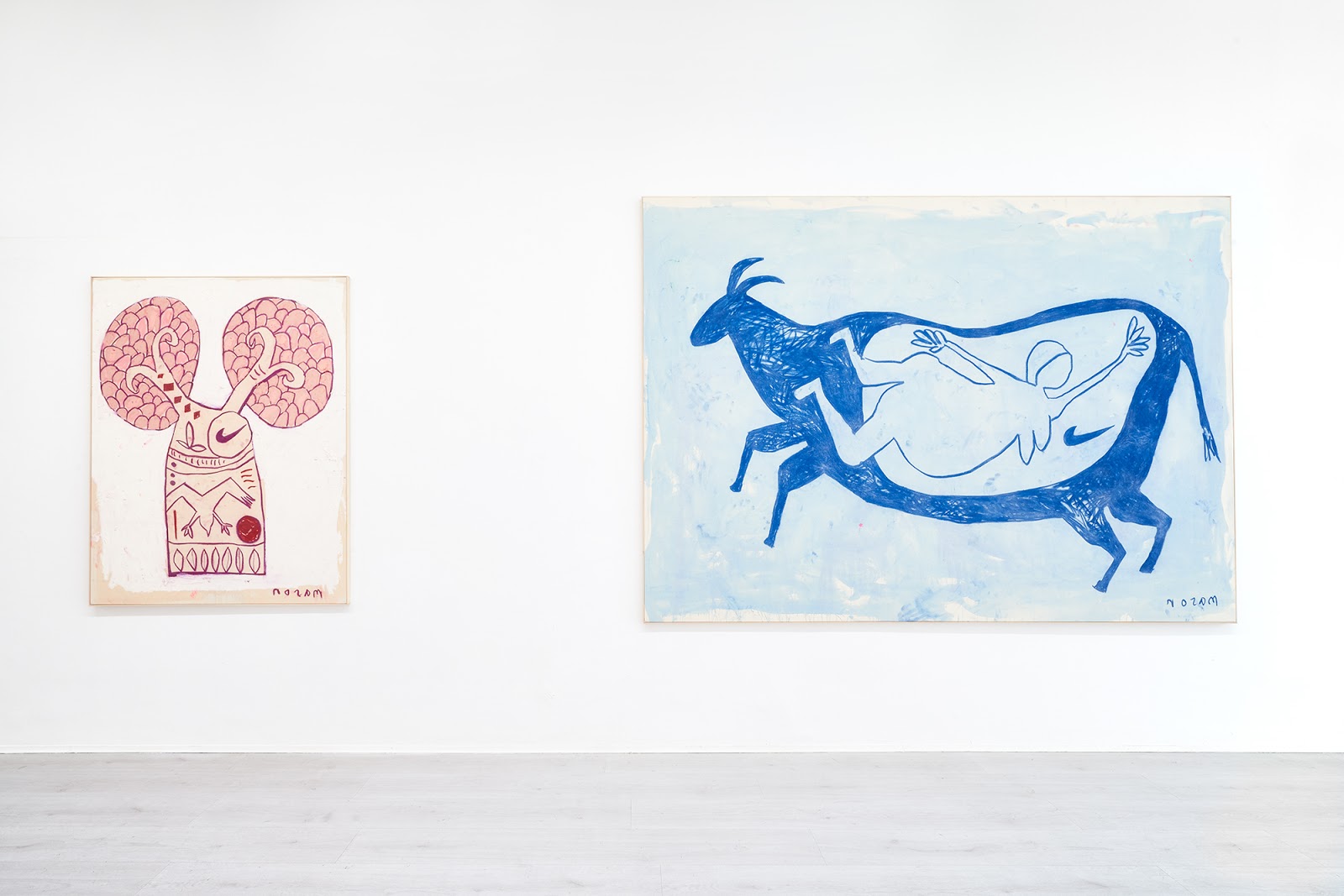 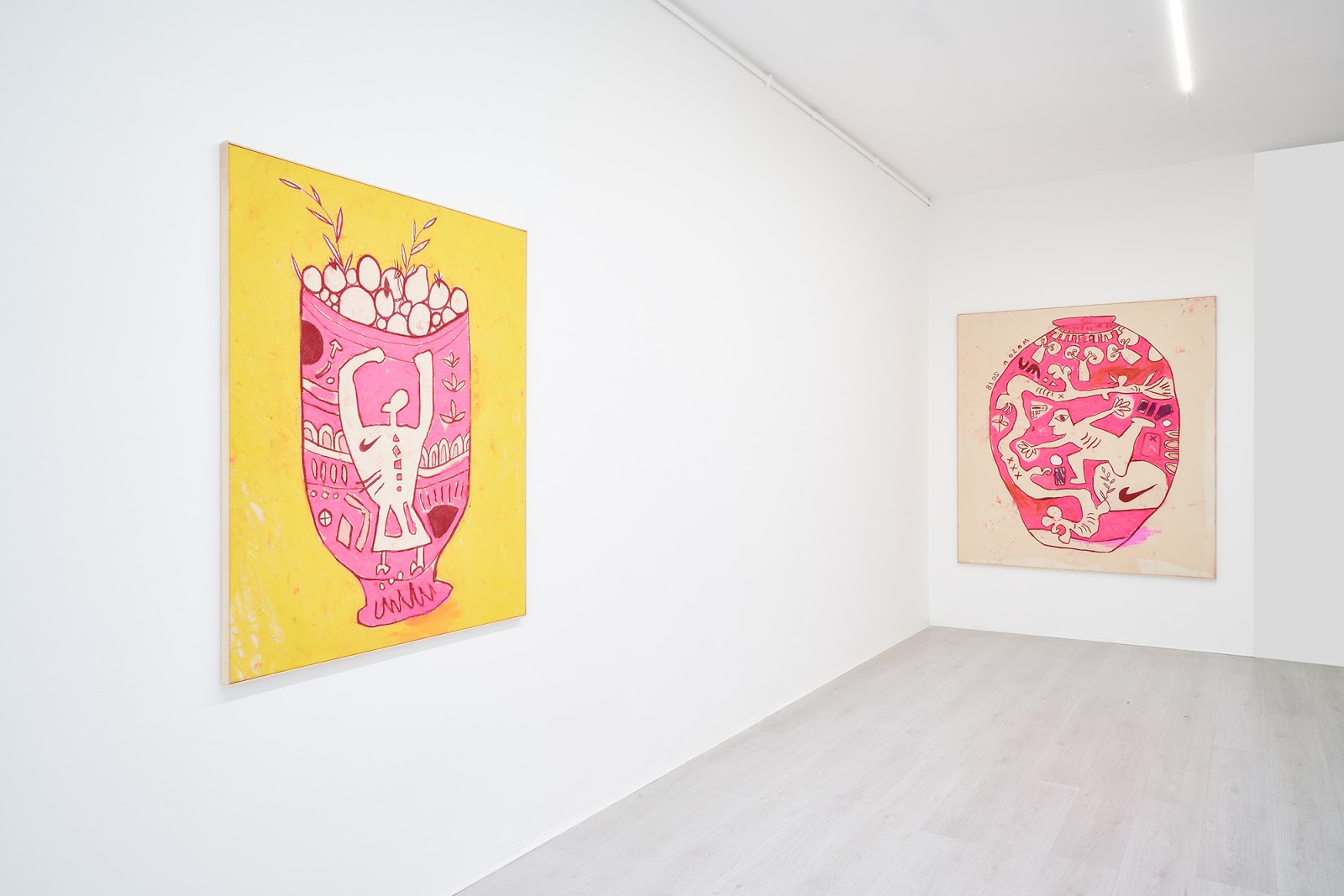 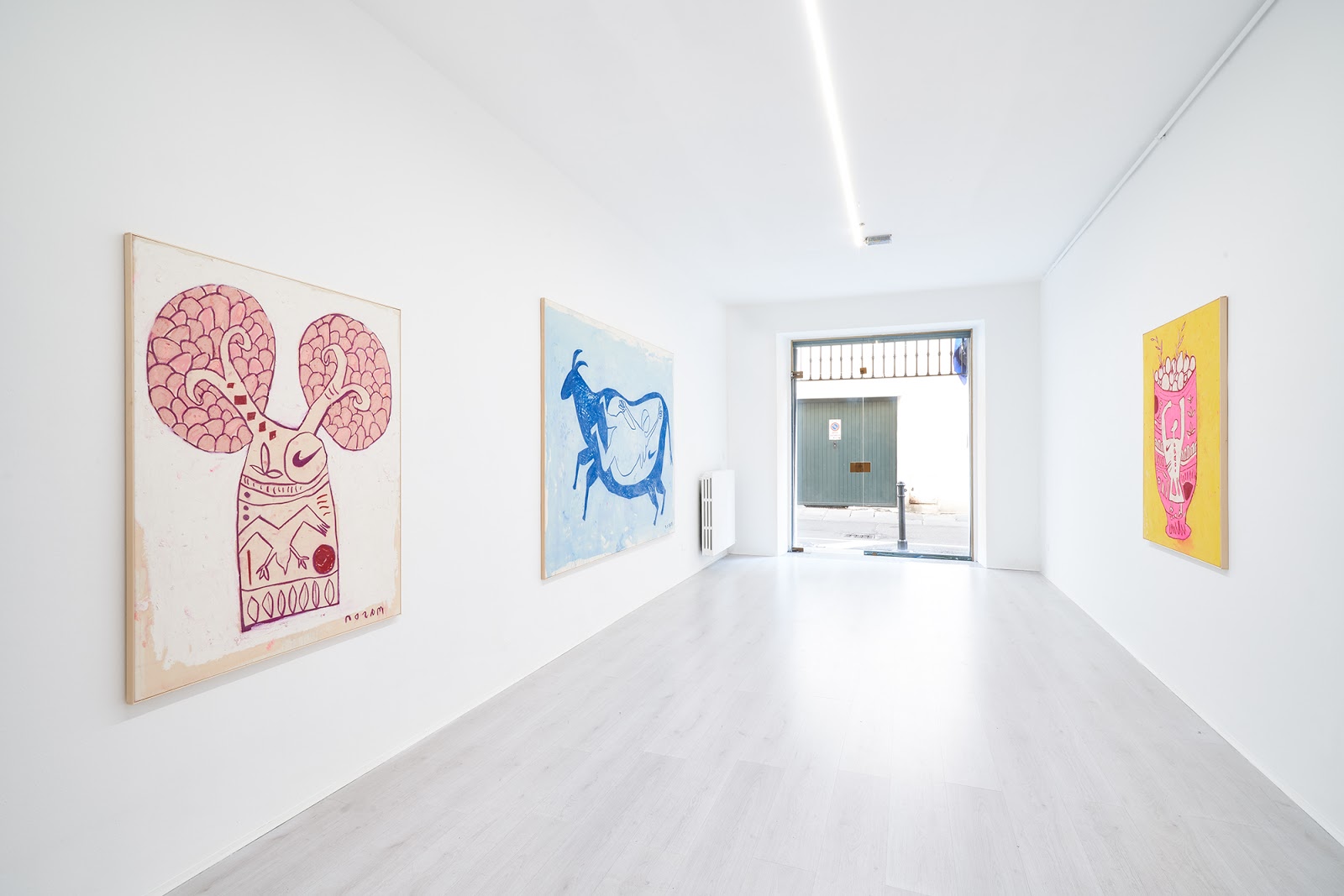 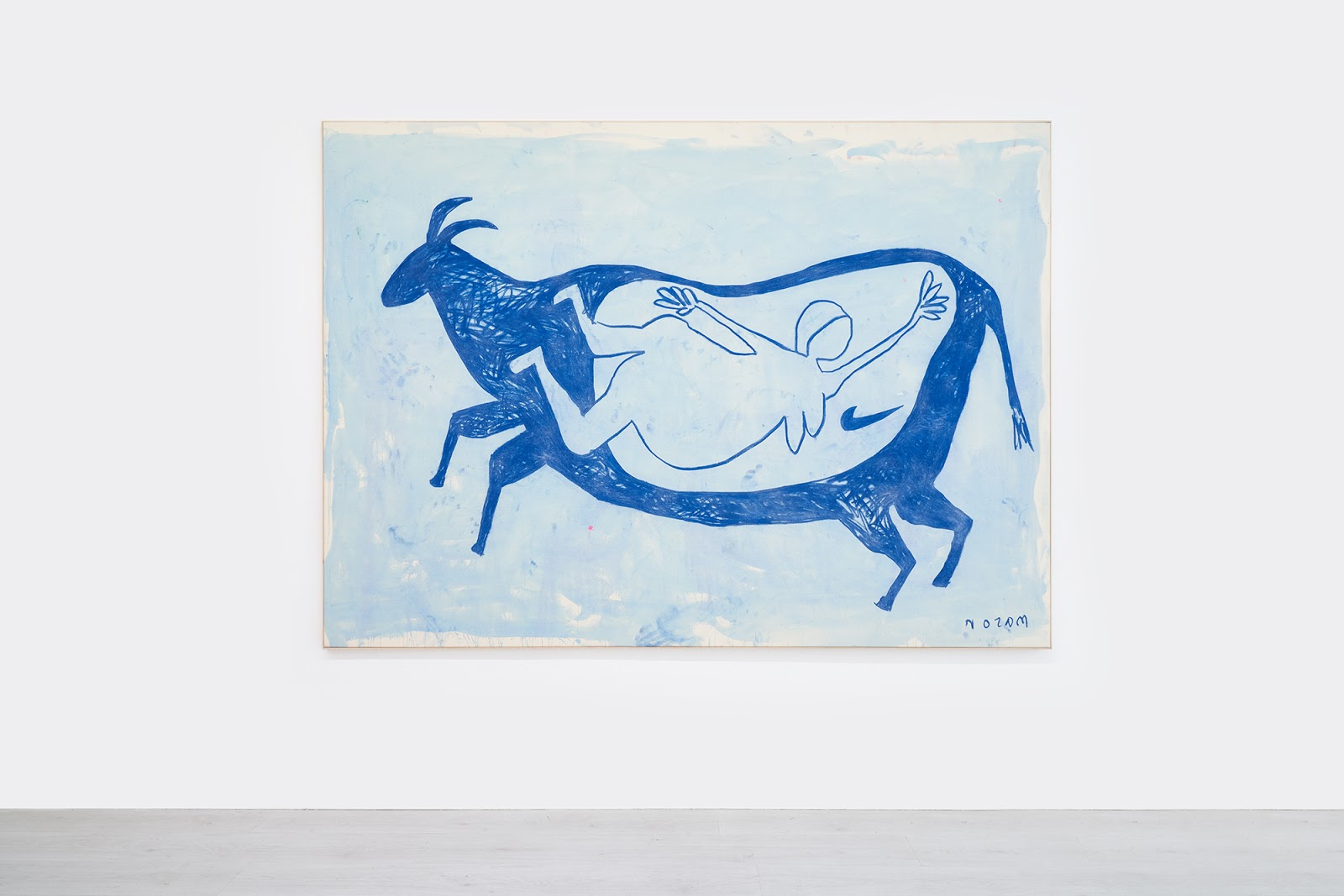 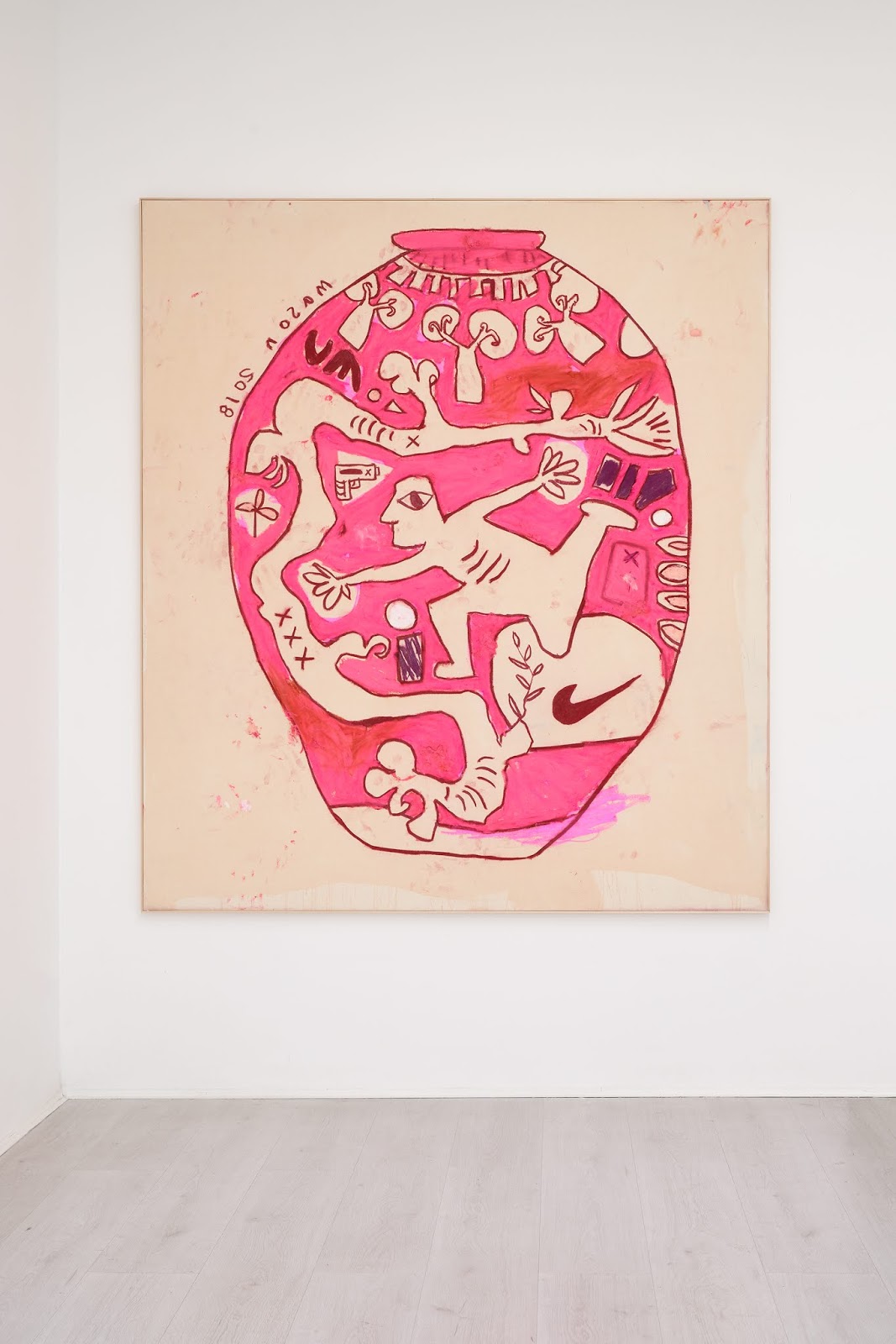 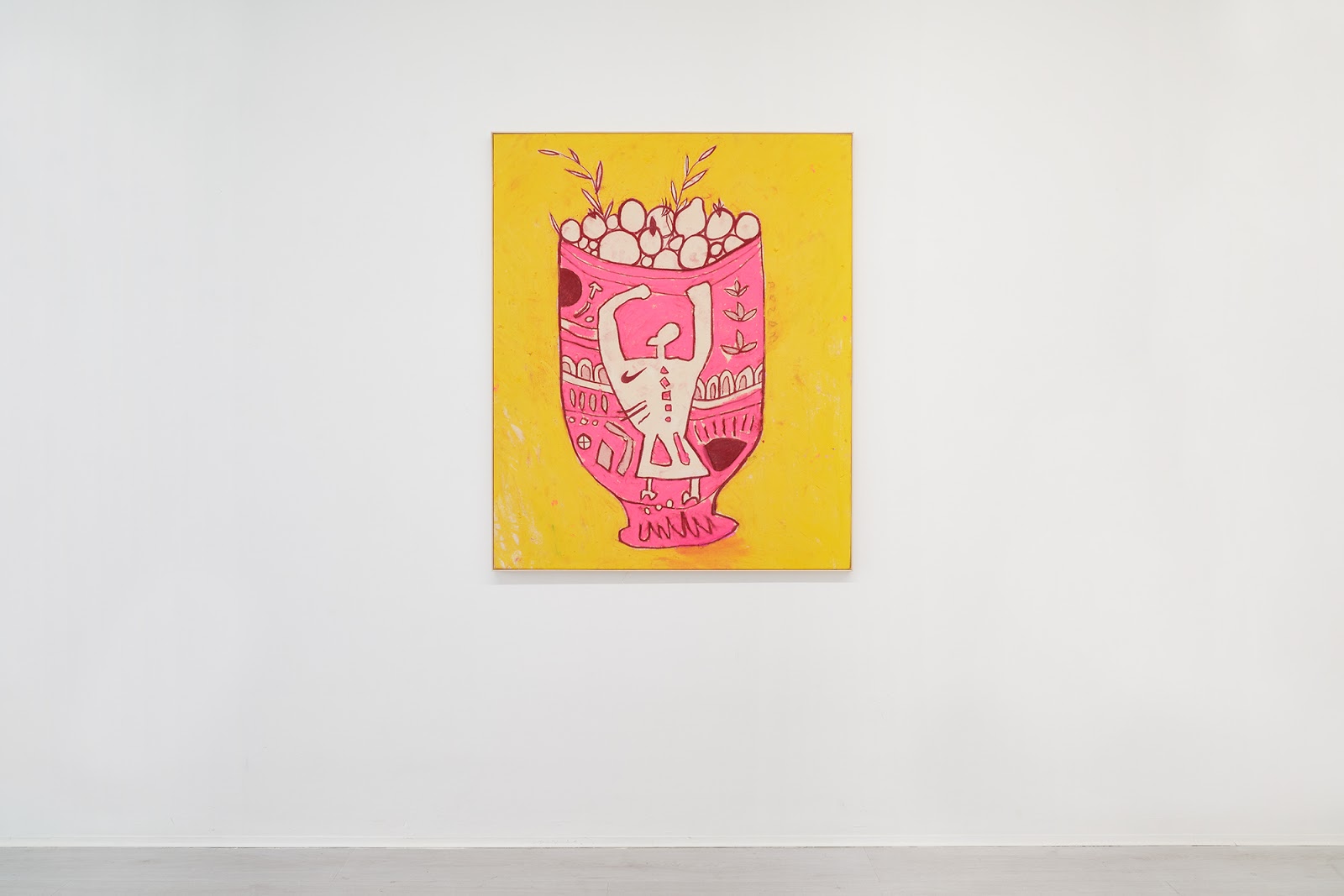 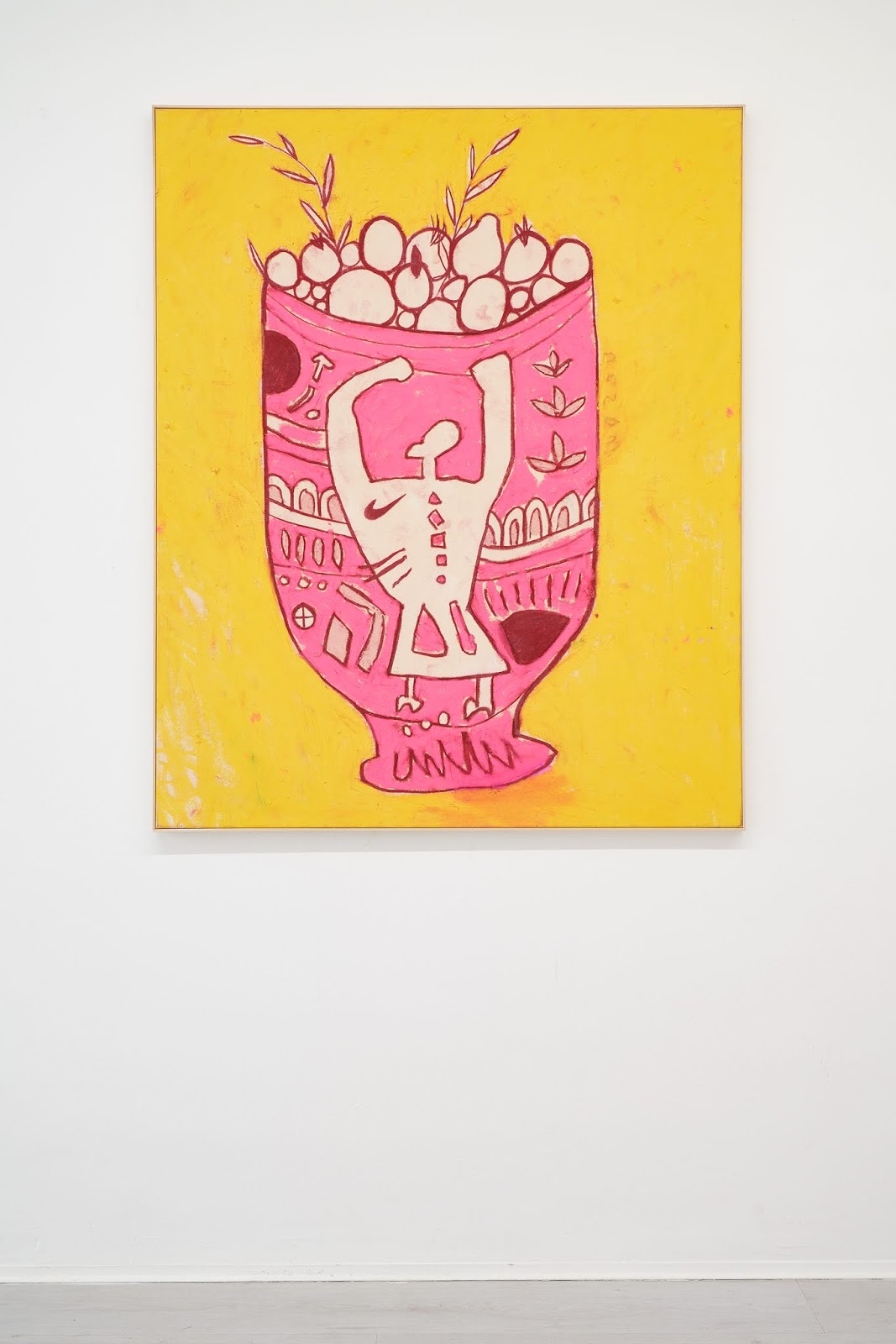 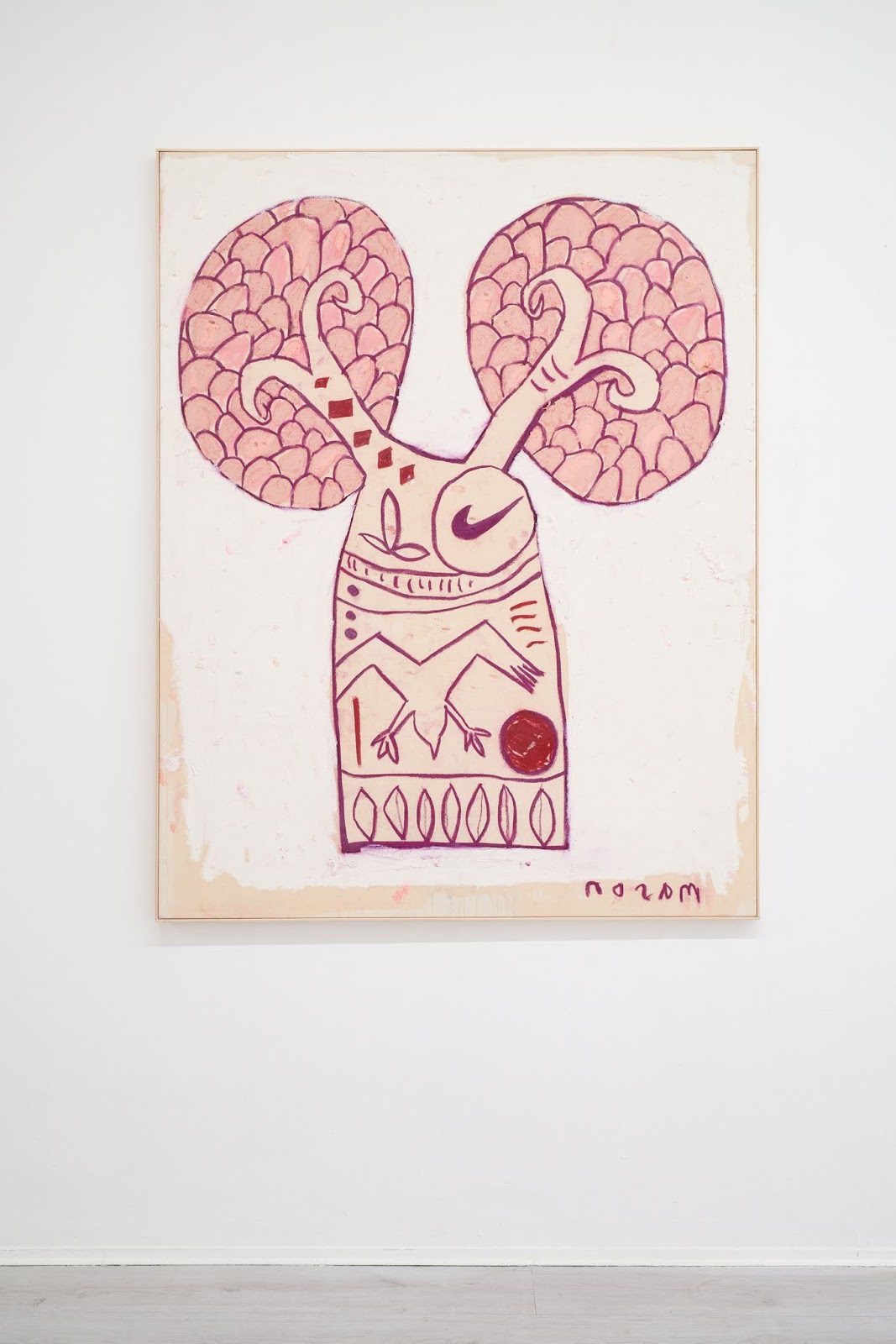 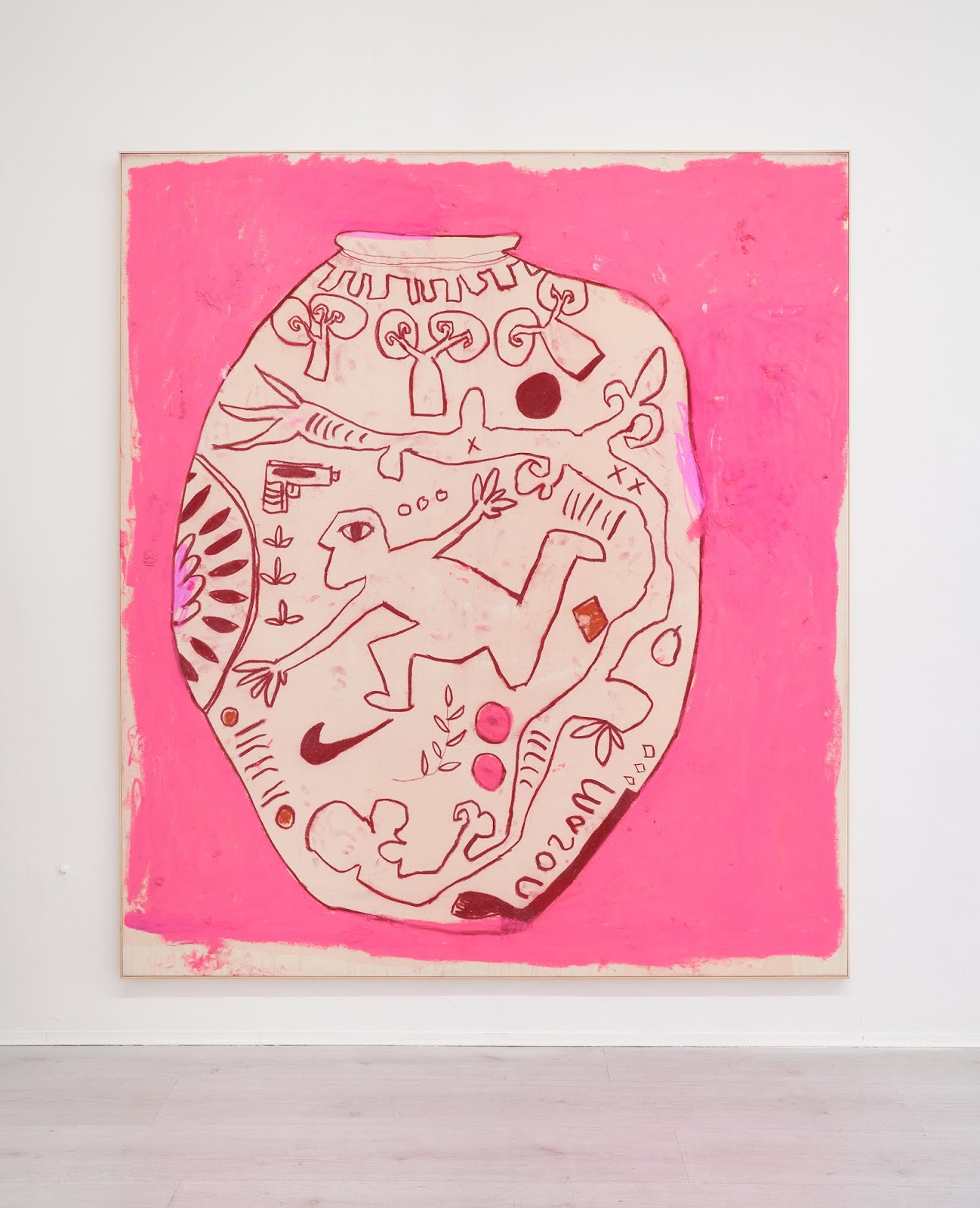 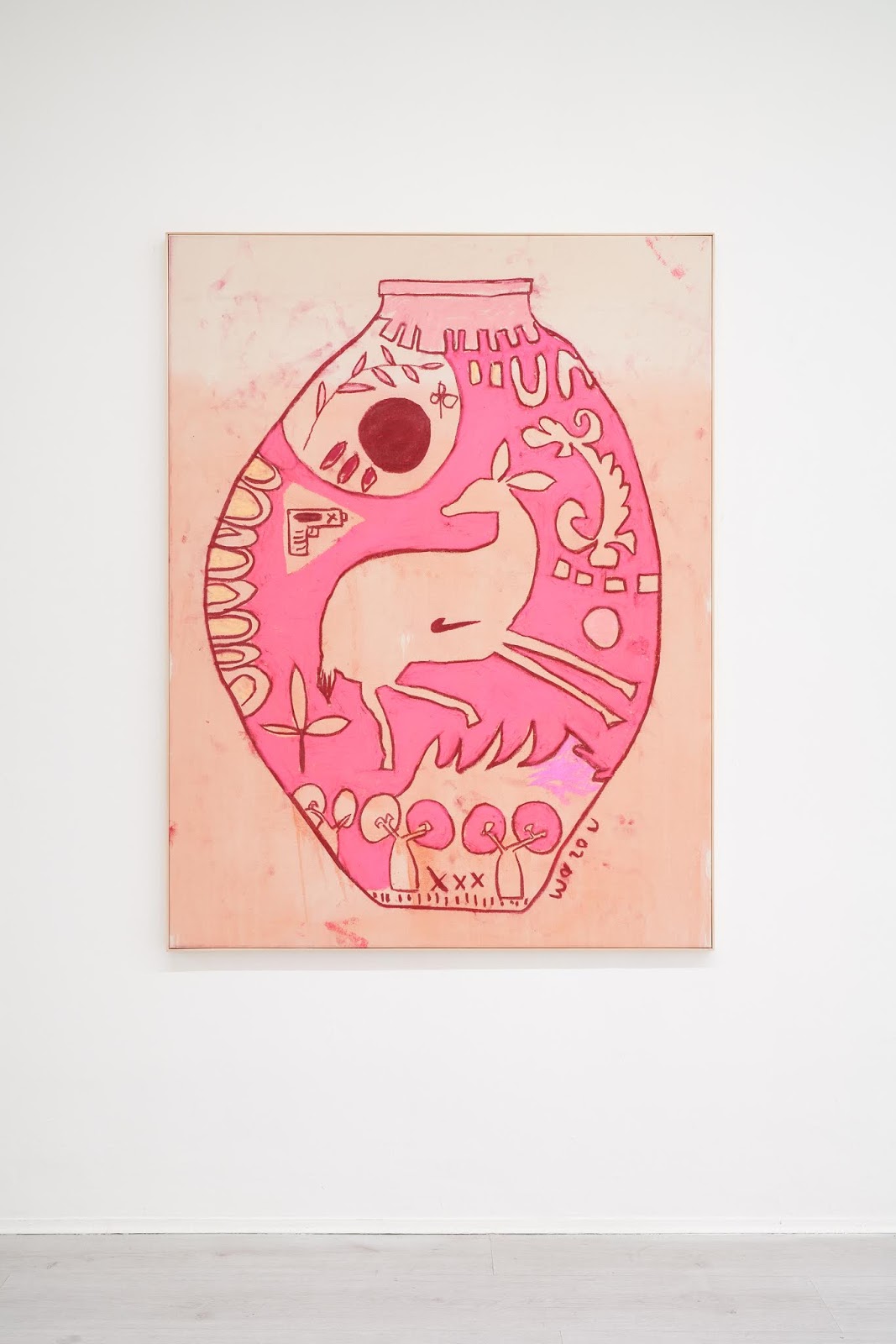 ‘Fantasy is nothing but memory, either dilated or condensed’ - as stated by the eccentric Italian philosopher, historian and jurist Giambattista Vico.

It’s important to observe that the poetic logic at the base of the early experience of man closely coincides with imagination. Thus, it’s not wrong to affirm that the primordial source of art lies in fact in that fantastic universe of which art itself is an expression. Vico was one of the first to state that the primitive populations were closer to the sources of artistic inspiration than the “modern” man. And if, on one hand, the imitative harmony that they copied from the universe used nature as its model, on the other hand it generated from an actual creative process that entrusted imagination with the answers to the big questions of the world that surrounded them.

In the works of the American artist Corey Mason, the reference to the aesthetic stylization of cave paintings takes on a major role. The drastic suppression of detail in the figures and the absence of context generate scenes where humans, animals and nature join in dynamic and playfully elegant paintings. The bodies, deprived of mass and volume, become silhouettes that soar into a space that is undefined, inasmuch as it is infinite. The shapes thrive in the vividness of bright colors. They are paralyzed in a timeless stillness that seems to float on the surface, but that at the same time indulges in the natural impulse of returning to a “state of nature”.

By doing this, the shapes pin memories that develop on the edge between past and present, outlining the recollection of ancestral experiences, whose existence betrays the presence of contemporary stereotypes - just think of Nike’s swoosh, or the clear references to Bob Dylan’s Hurricane, such as the guns decorating the vases. And just like the most glorious ballads, the wandering spirit of his sign sounds like a gush of quick shapes that breaks the dam between figuration and abstraction. The lines twirl and move lightly, trapped in the never-ending dance of the rhythm that impresses them on the canvas, resembling a swing concert of floating graphisms. There almost seems to be an analogy with the apparent randomness of Cy Twombly’s gesture or the distinctive strength of John Cage’s compositions, while the approximation of the pictorial sign reminds us of that loyalty to primary impulse found in Picasso’s works.

More than symbols to be interpreted, the figures are traces that act as “memory activators” and show the unexpressed gradient of events that are framed into fragments of a tension beyond temporal. An ability in composition that weakens the links to the present and favours the connection to the mysteries of an atavistic feeling, thus revealing what memory can’t imagine and only fantasy can remember.