Achraf Touloub at Plan B / Berlin 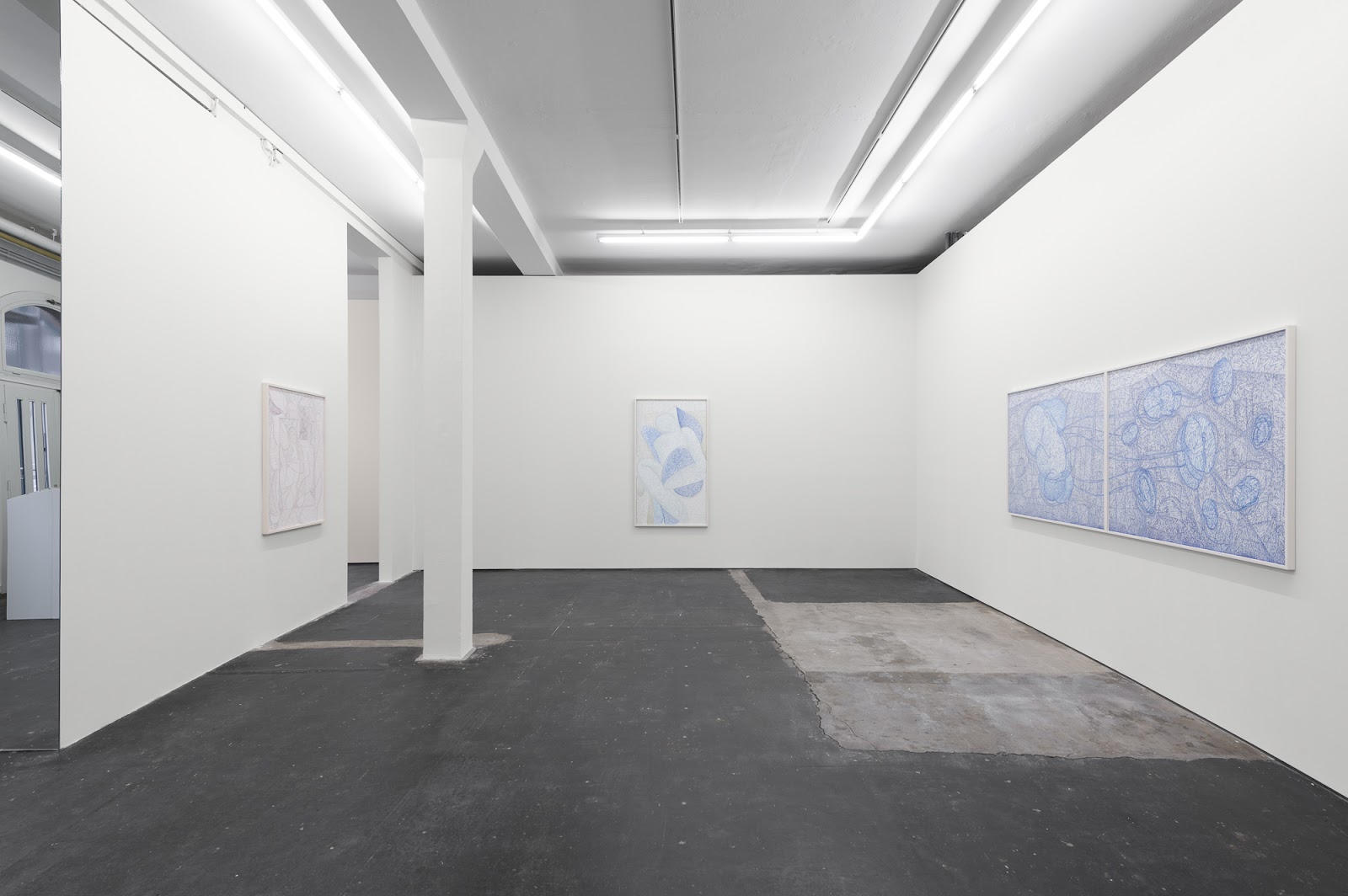 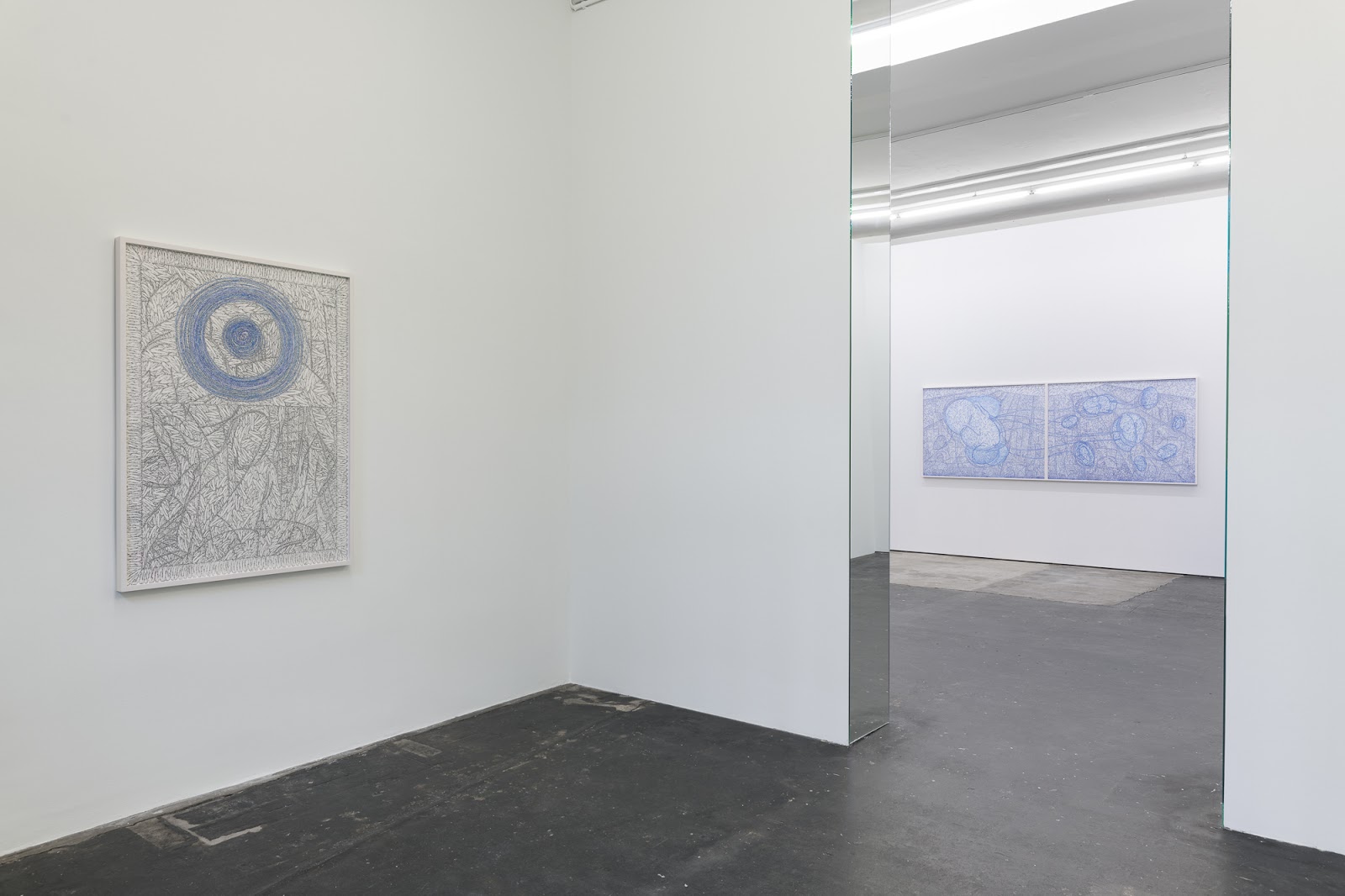 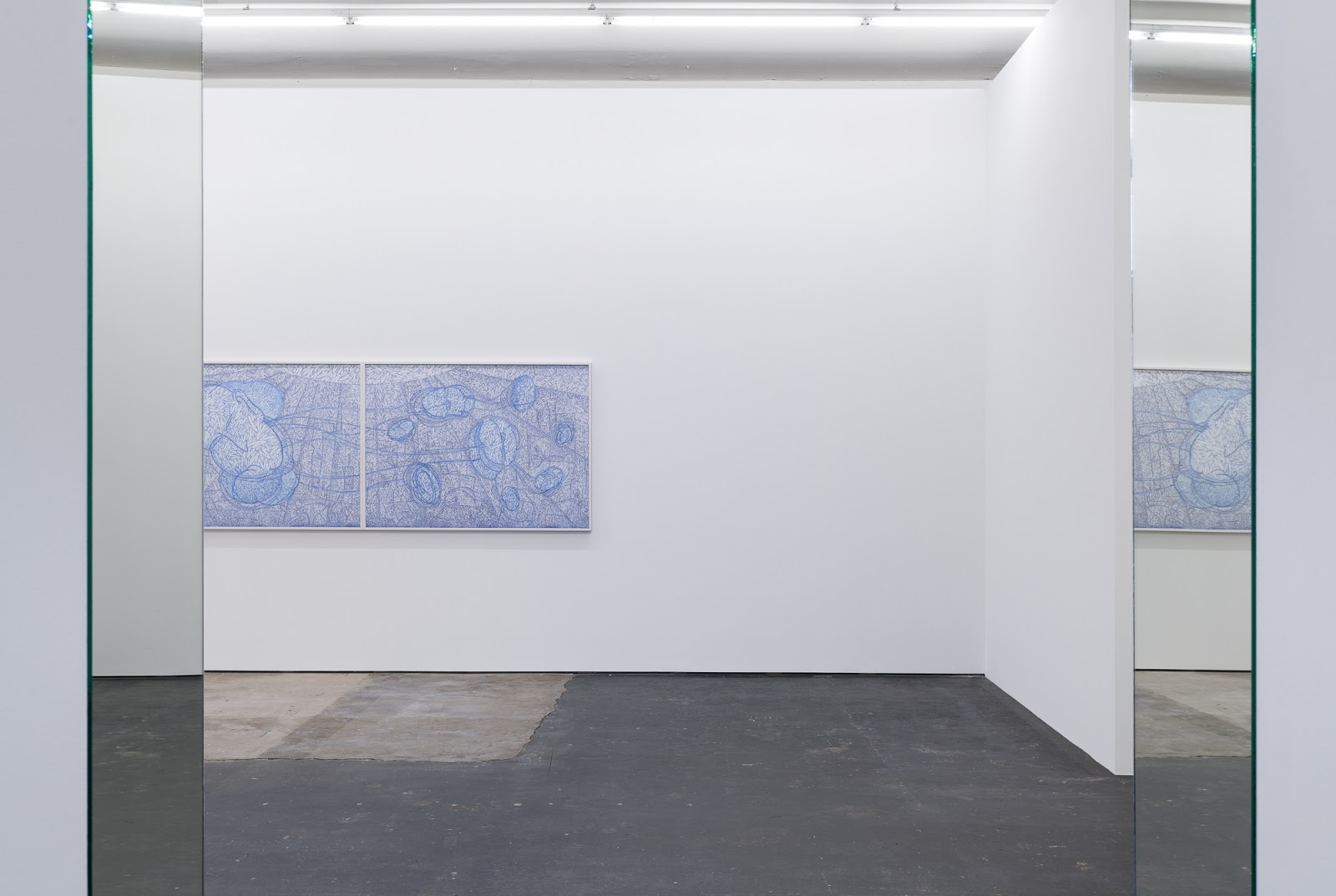 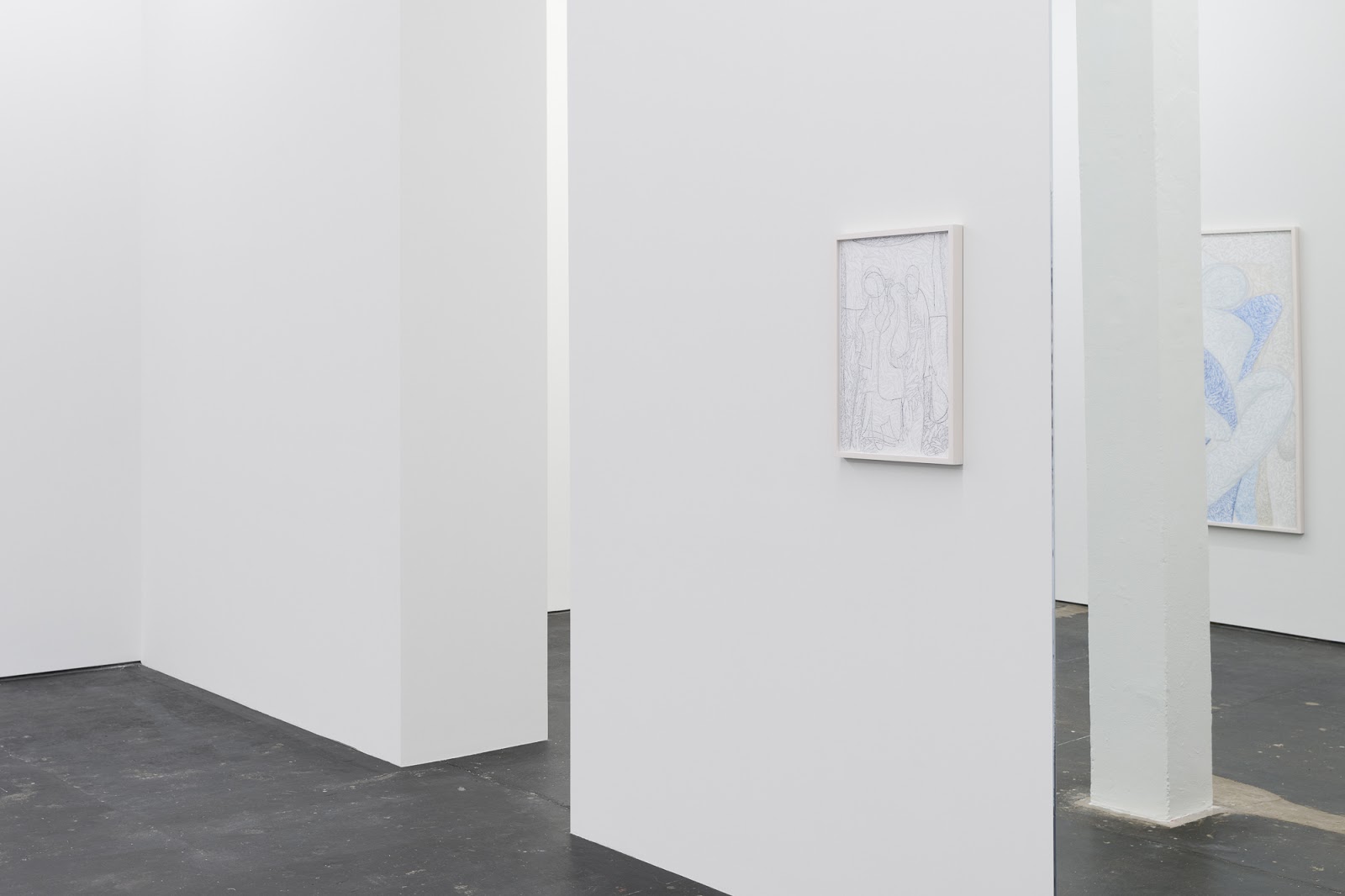 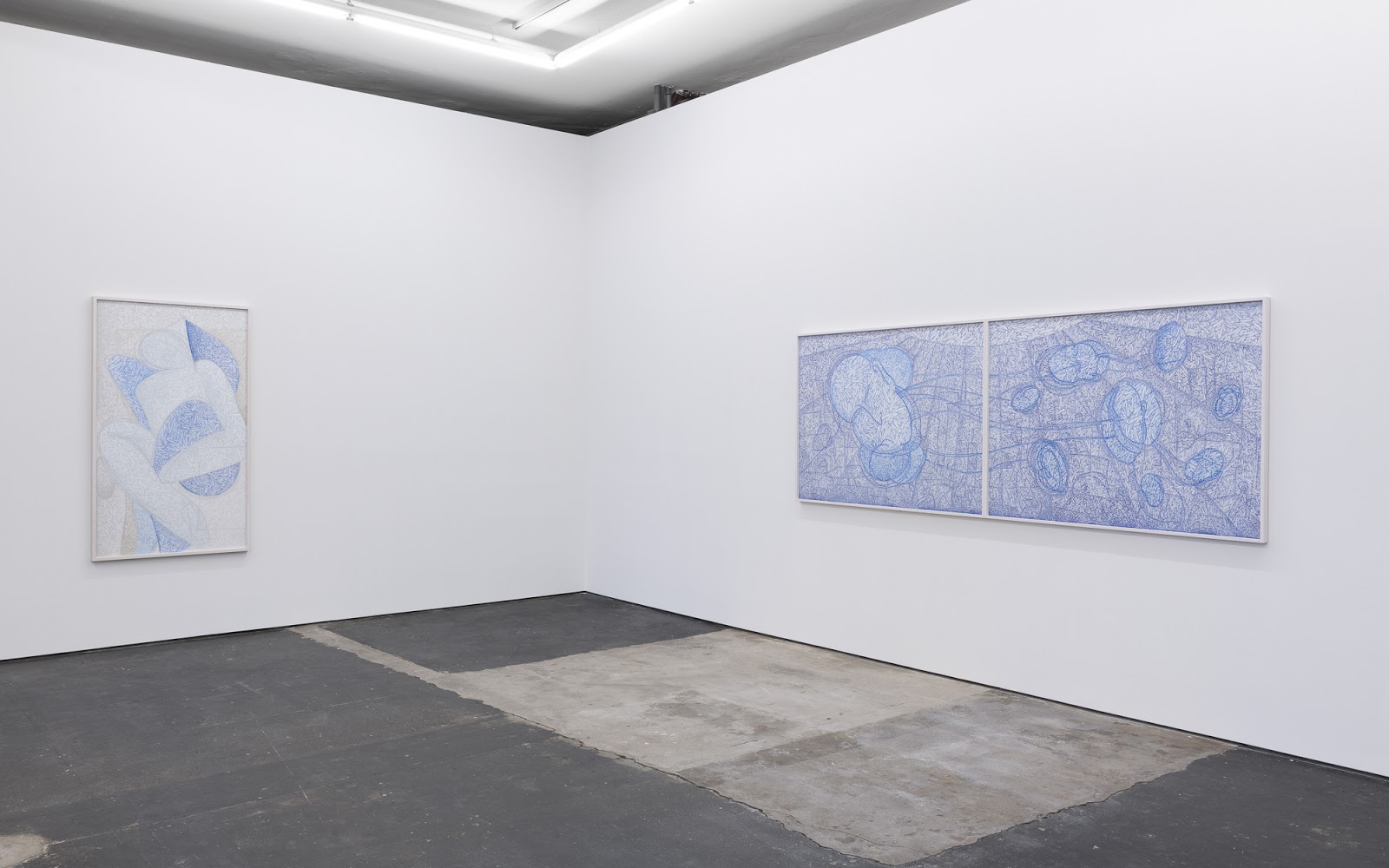 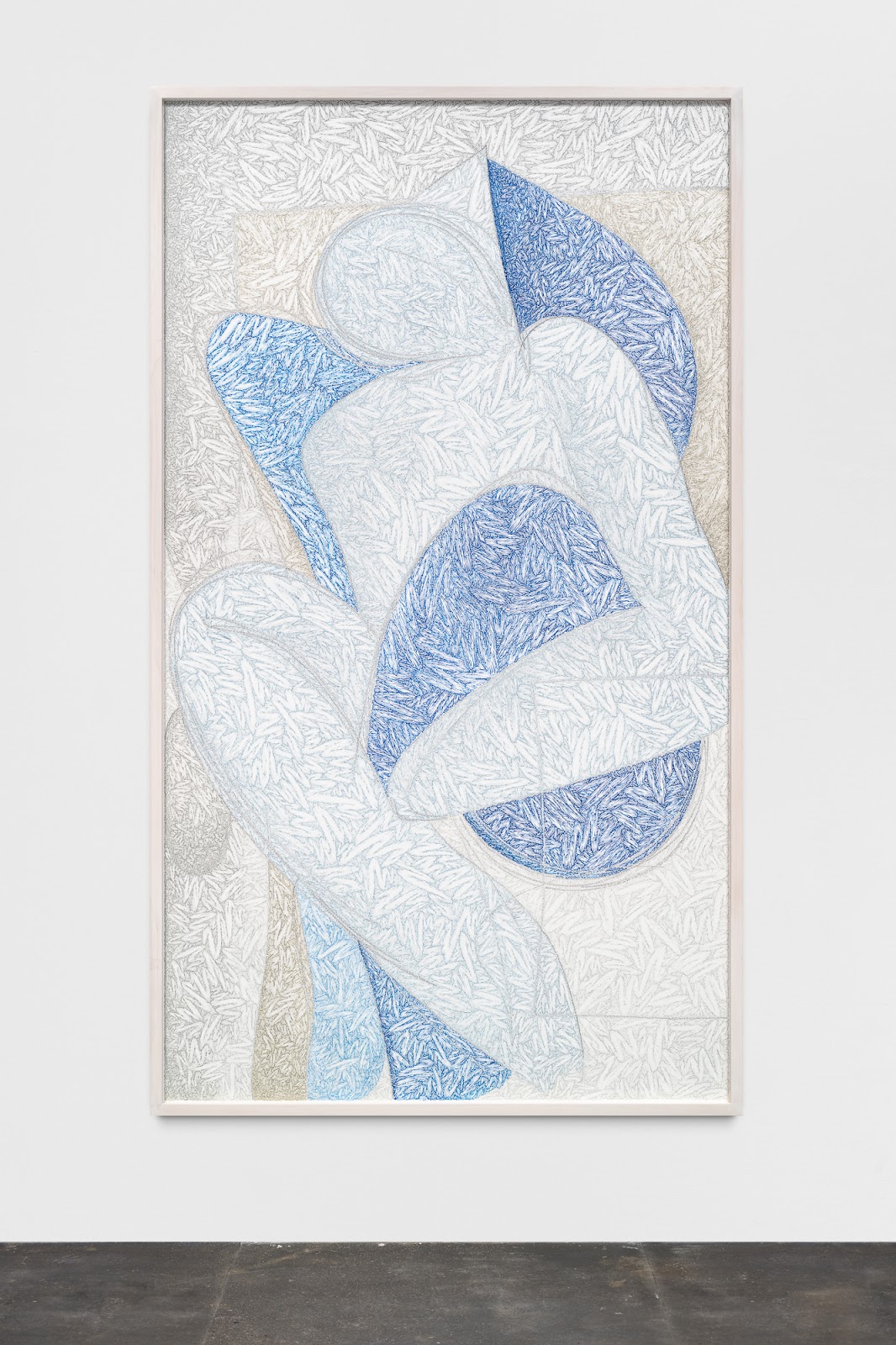 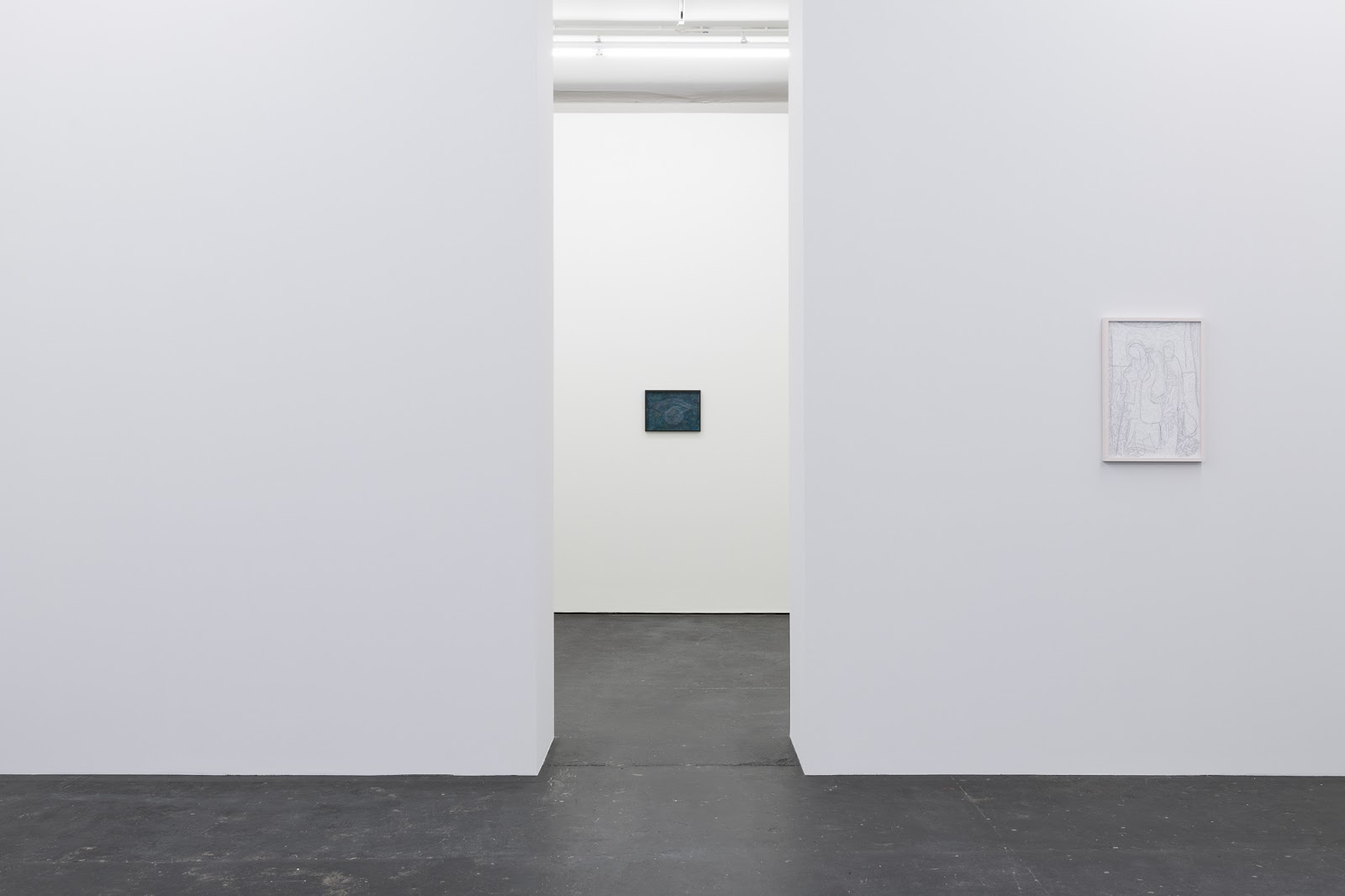 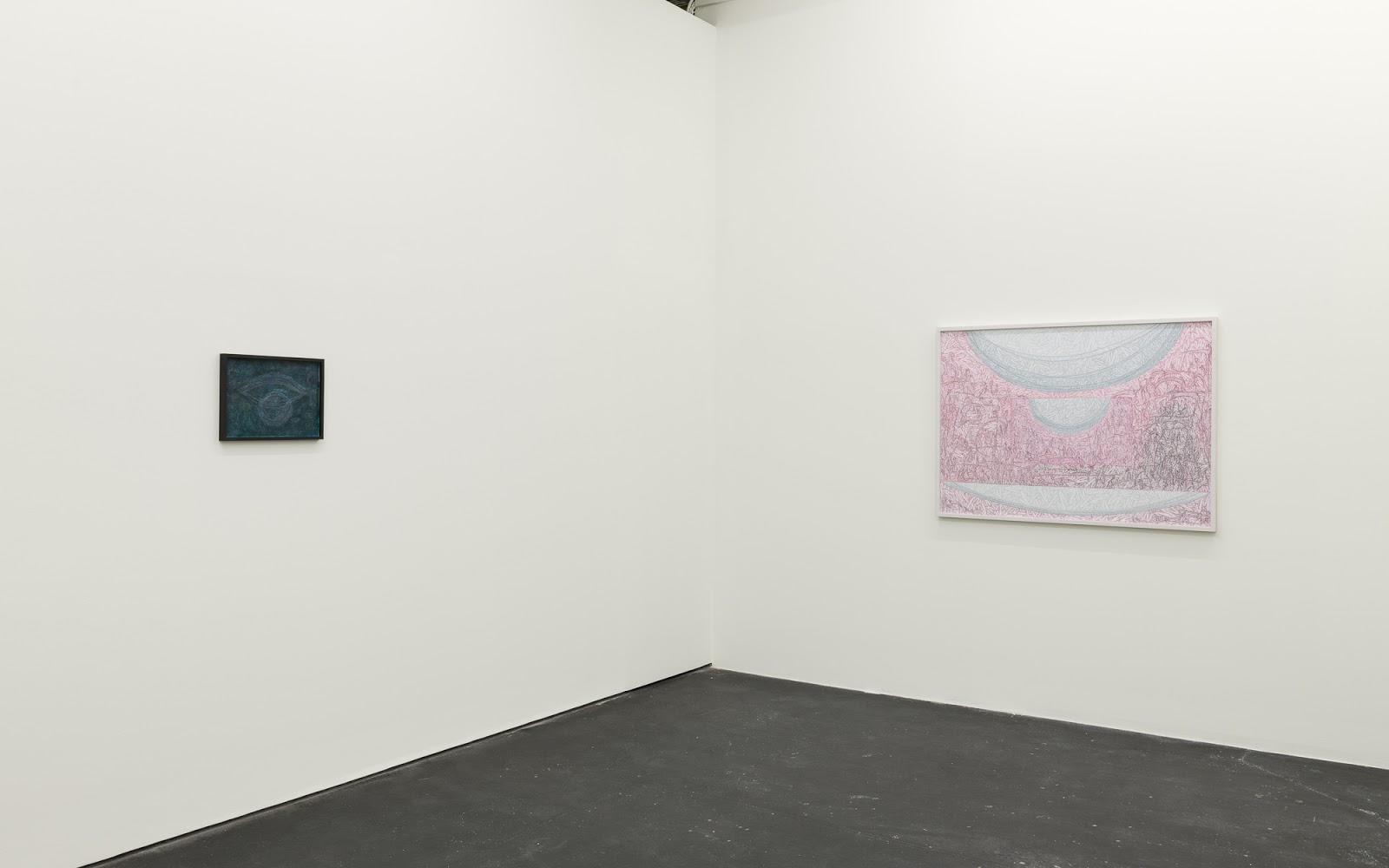 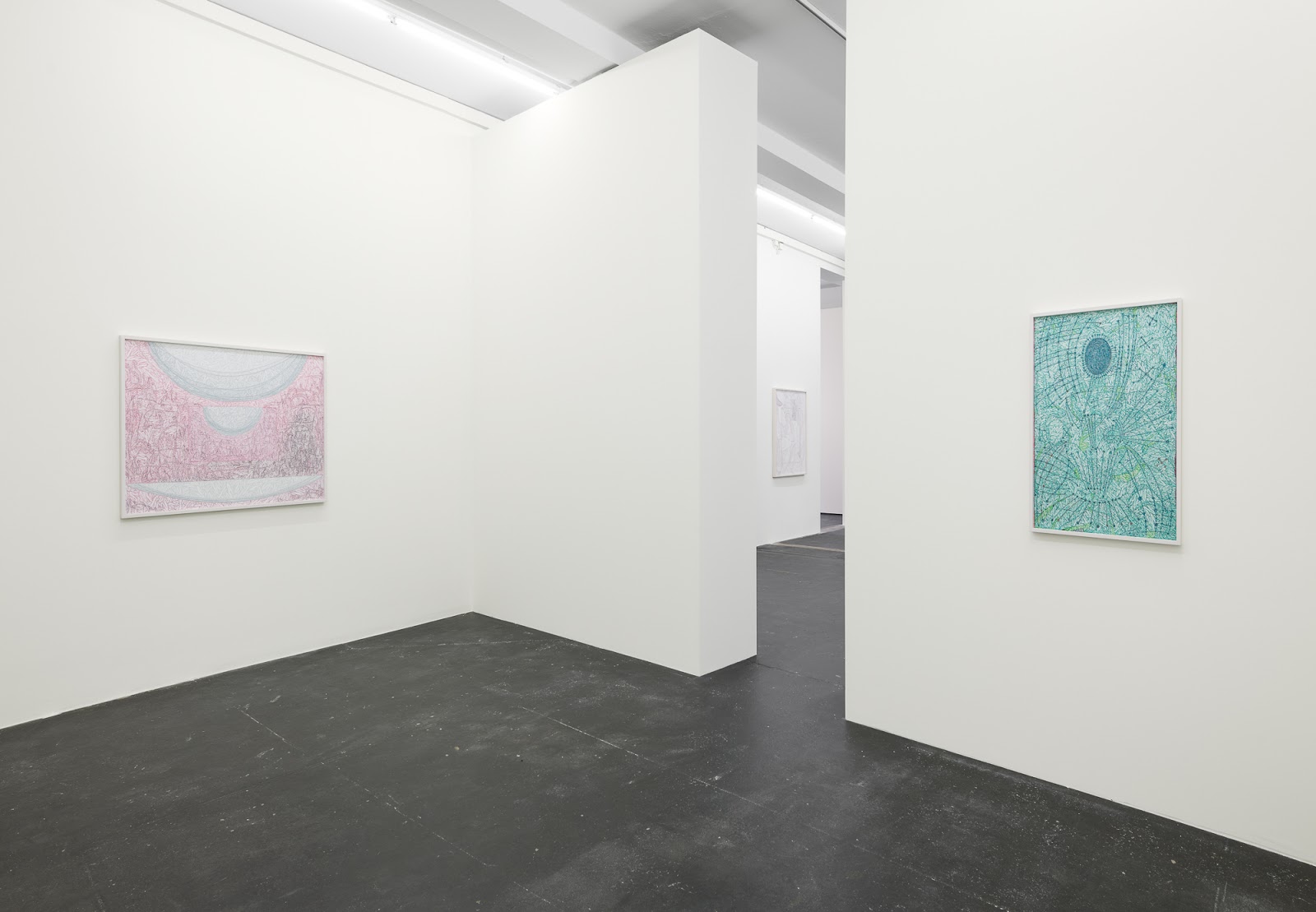 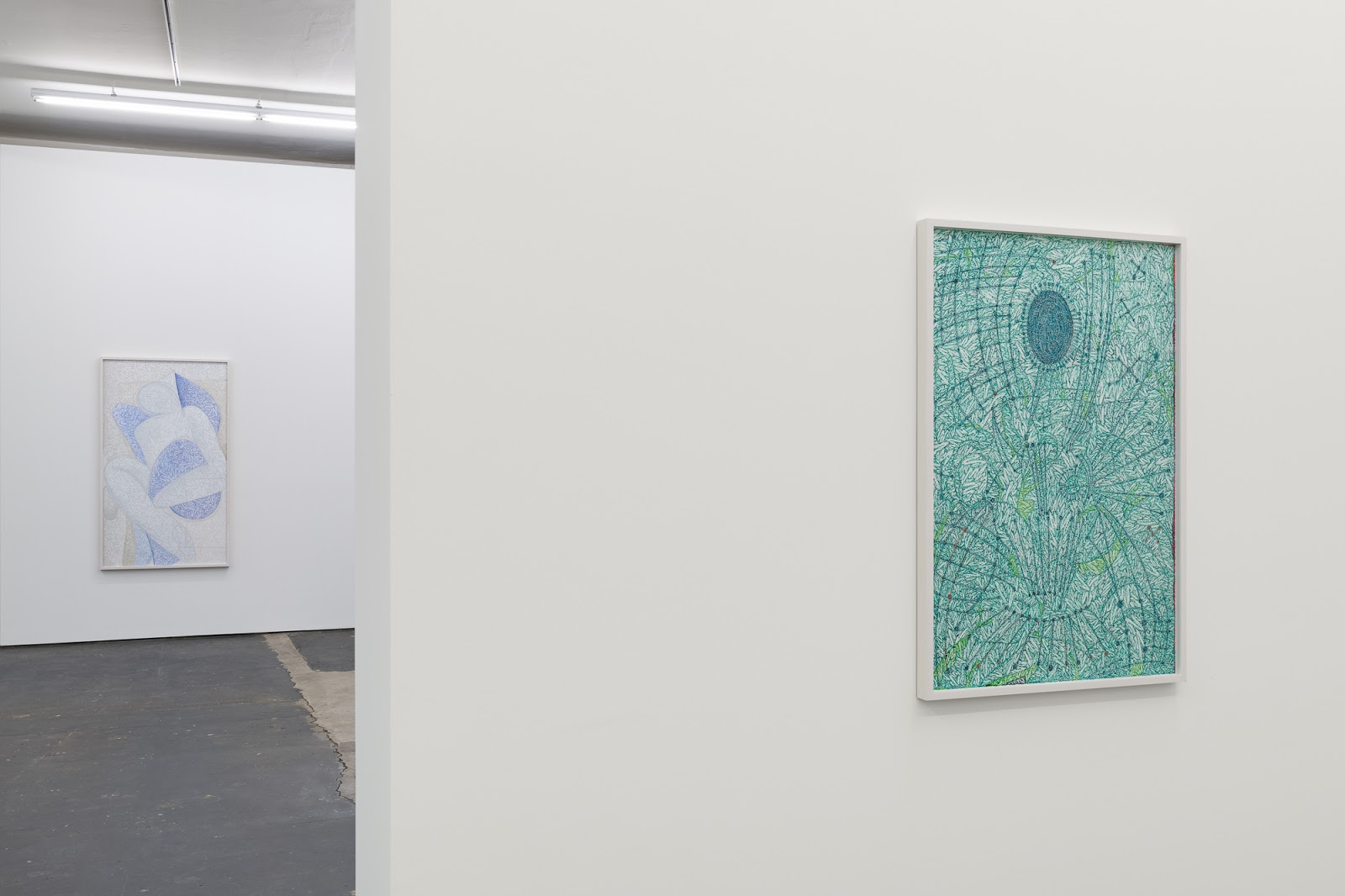 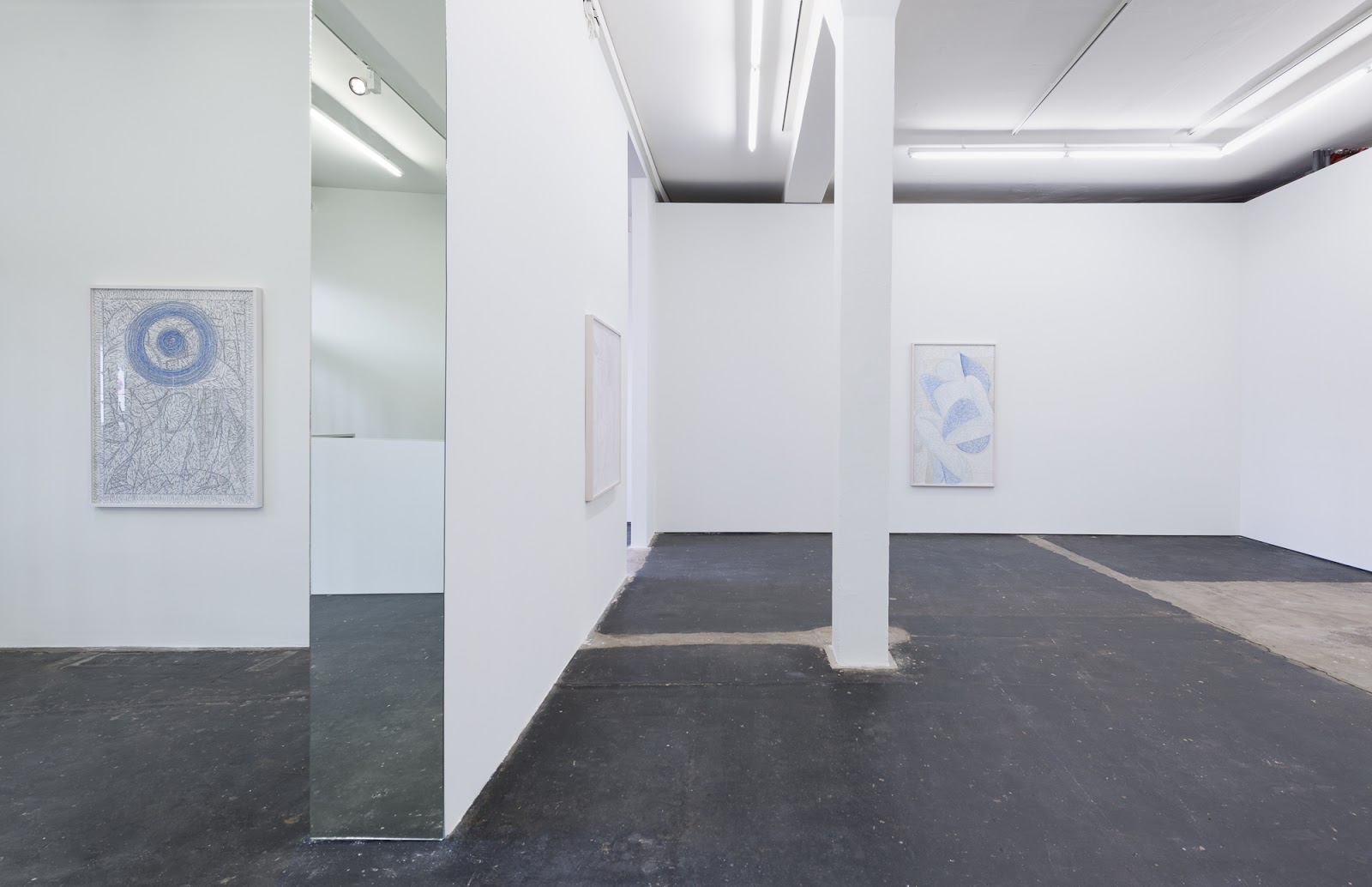 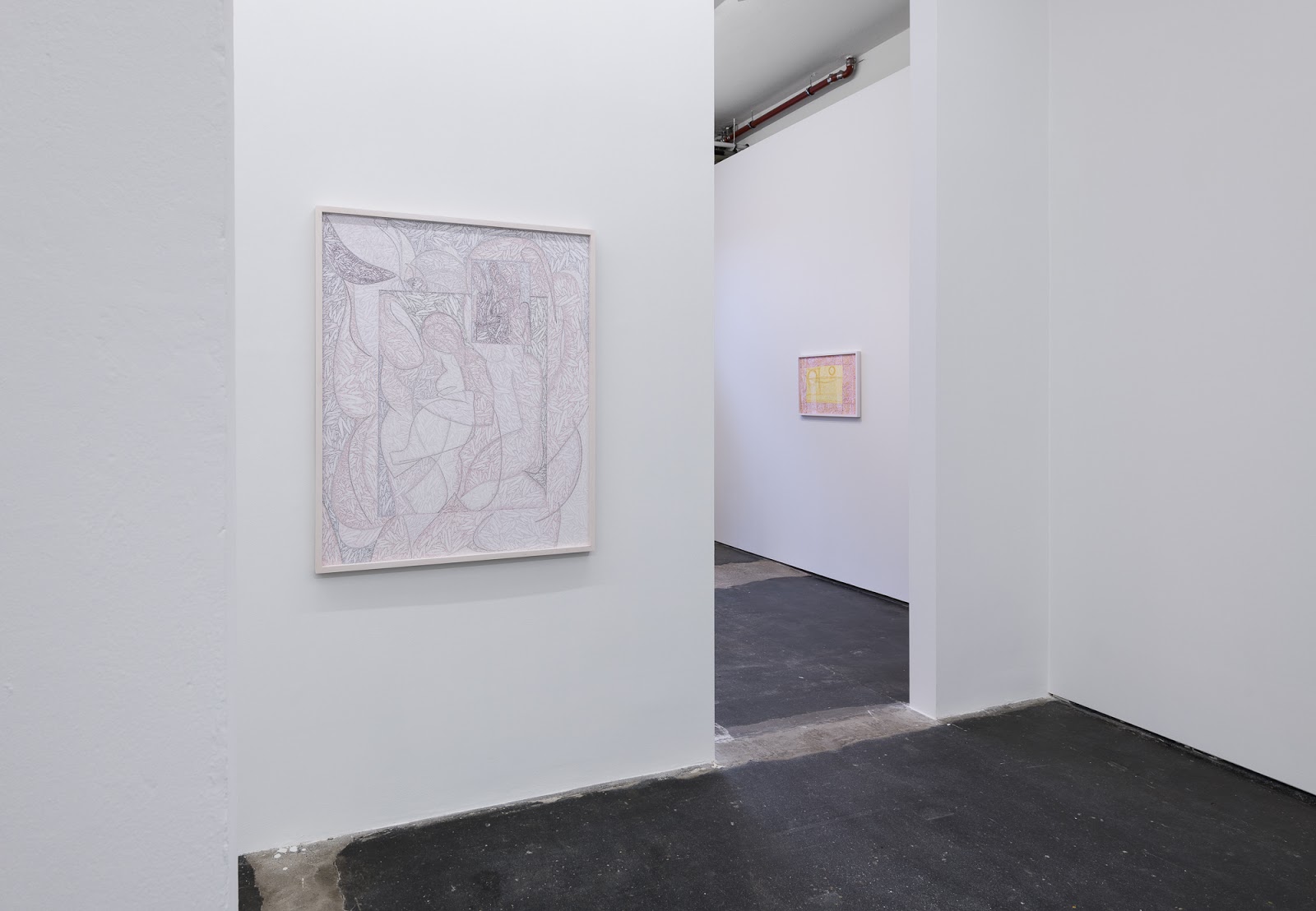 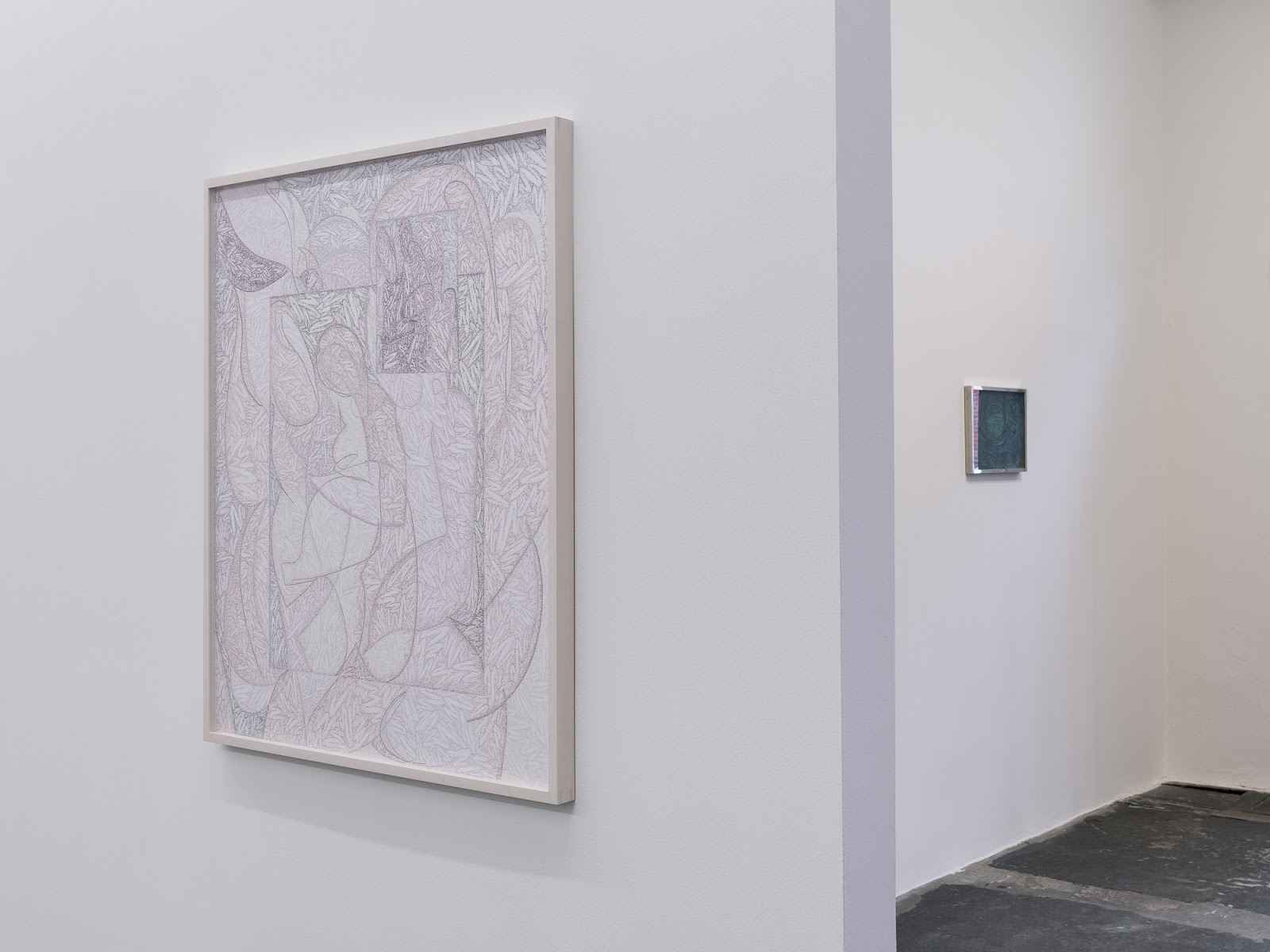 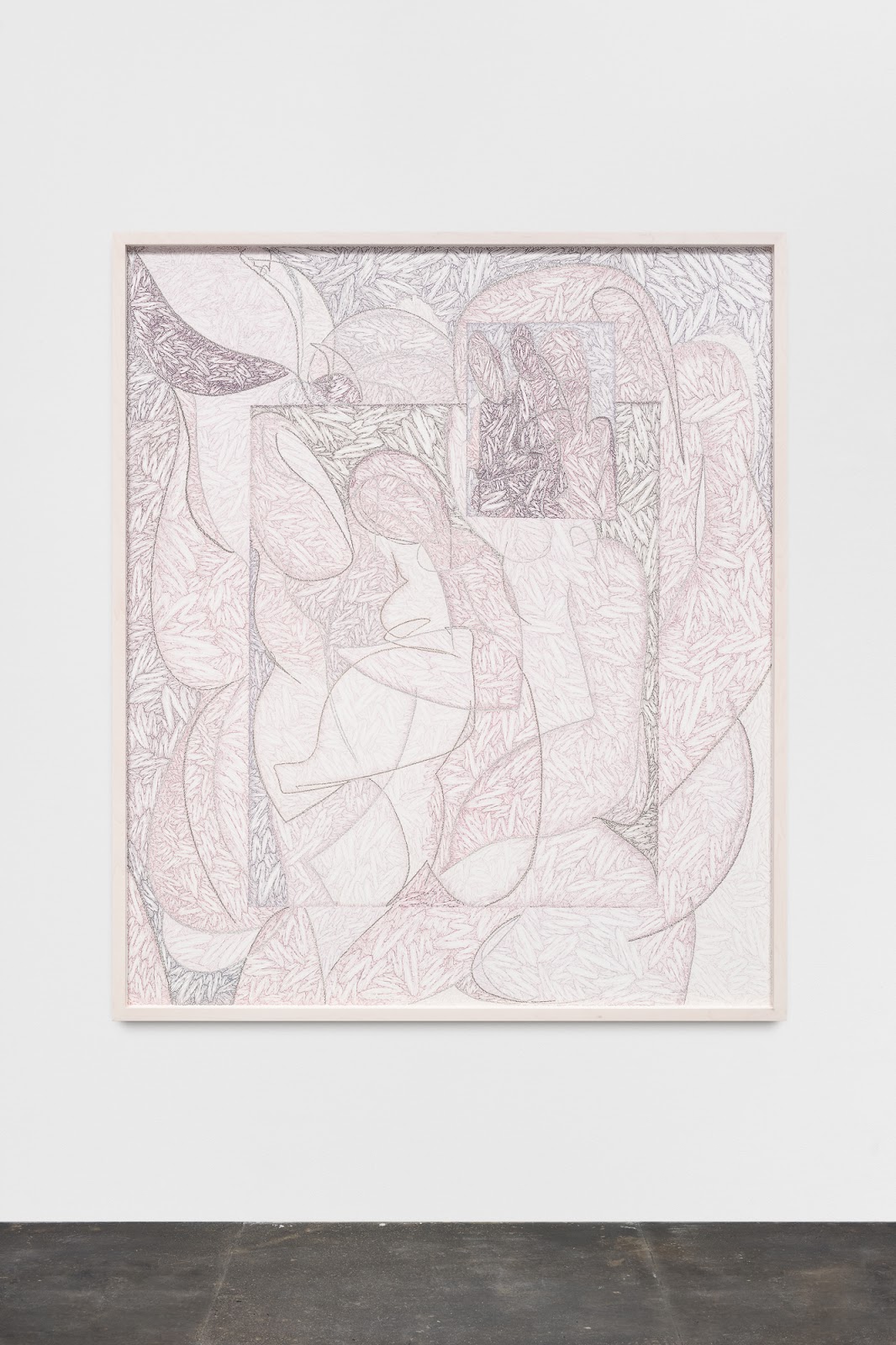 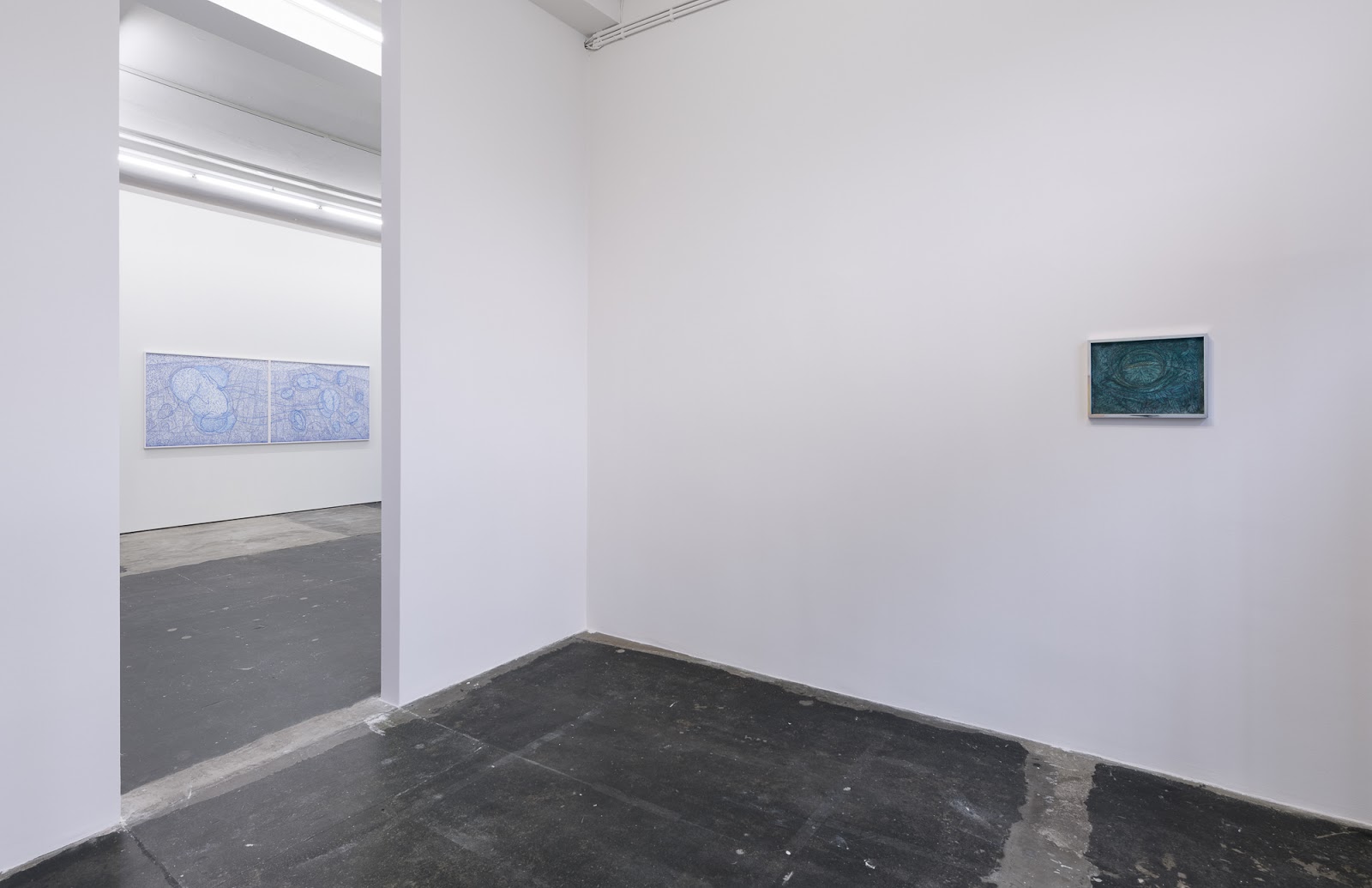 Are we witnessing such a thing as an ‘European night’? Night does not care about the adjectives and descriptions attached to it, in an almost universal attempt to grasp a primordial reality that continuously eludes humans. One of the very first, Aristotle, confronted this condition: “[...] whether we follow the opinion of theologians who believe everything is born from Night or we say, like physicists do, that « everything was combined », it is the same impossibility that is found.“

Chaos or primordial Night, humankind’s helplessness to go beyond is the same. Night’s darkness therefore leaves us just one choice: to topple or not over to the night. Achraf Touloub focuses on the so peculiar symbolism of this momentum.

The artist’s drawings and installations developed around the idea that the times we currently live in are characterized by their tendency to stretch reality through multiplied parallel dimensions having as first consequence the redefinition of our means of perception. His language, encrypted and sibylline at first sight, is actually clear. The ever-present interfaces, the capacity of images and the increasingly blurry distinction between information flux and sensory experiences are the starting points of these visions. His practice is the manifestation of these considerations where seeing remains an ordeal, and representation a mystery.

In order to host the exhibition ‘European night’, the gallery rooms have been painted in hues with almost imperceptible differences triggering doubts in the viewer’s mind. In this way the space resembles the drawings of the artist, who aspires to make the invisible emerge and suggest the backstage of a representation.

In some ways, Achraf Touloub’s drawings are intended to be a mise en abyme in the way they re- enact the continuous experience of reality’s precariousness. When in a very short moment, the undeniable and the fantasized can merge until turning - like our times did - hallucination into mass culture. If all the realities count as equal, are Achraf Touloub’s staged images - that conjure mythical figures and ersatz of daily life - also producing reality?

The main work in the exhibition, Pandaemonium, becomes the allegory of overlapping realities: the title is borrowed from John Milton’s Paradise Lost and evokes a place of chaos where maddening confusion and endless racket reigns.

Theatre being the first demonstration of a tangible parallel reality staged under the viewers’ eyes, Chorus II shows the latent choreography of a set of anonymous citizens. But Achraf Touloub does not allude to ancient myths to evoke the maintained disorder of Europe’s mythological and political history; on the contrary, he underlines the blend that results from ancient figures giving way to new virtual myths that merge with altered or fantasied memories. Thus, Chorus II echoing a voice in a parallel dimension would be embodied by Discord, the “Voice over IP“ software used to ease communication during virtual reality sessions among the gaming community.

Paradigm slides away, speeches - intangible by definition - change reality. “Night is already there“, as the Iliad’s old chorus recalls.