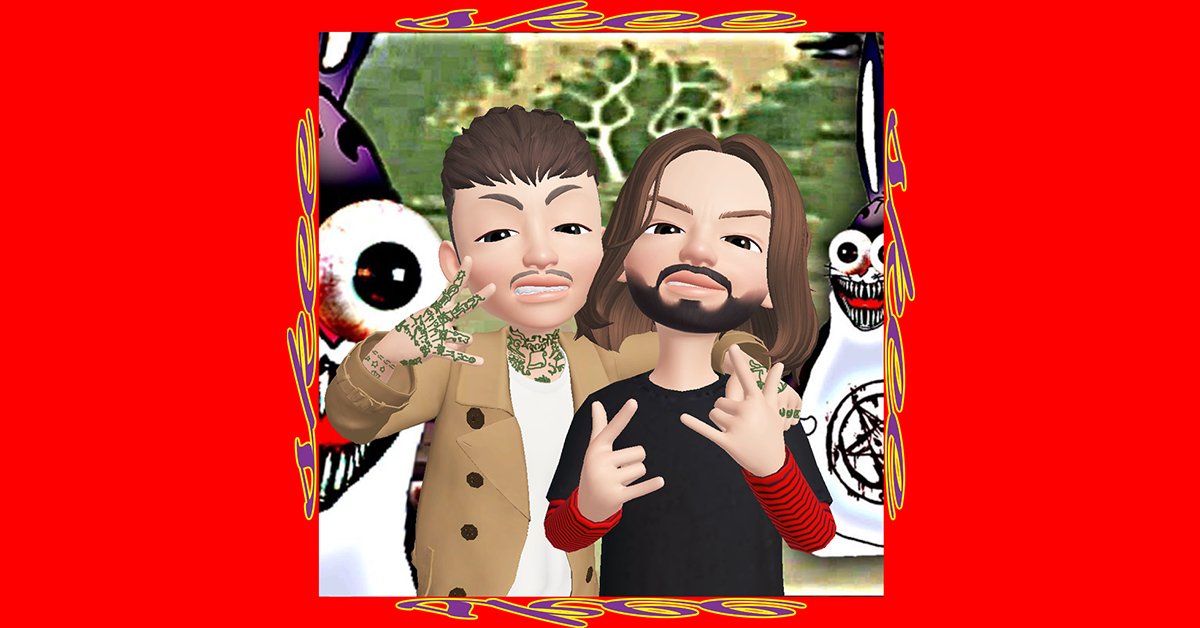 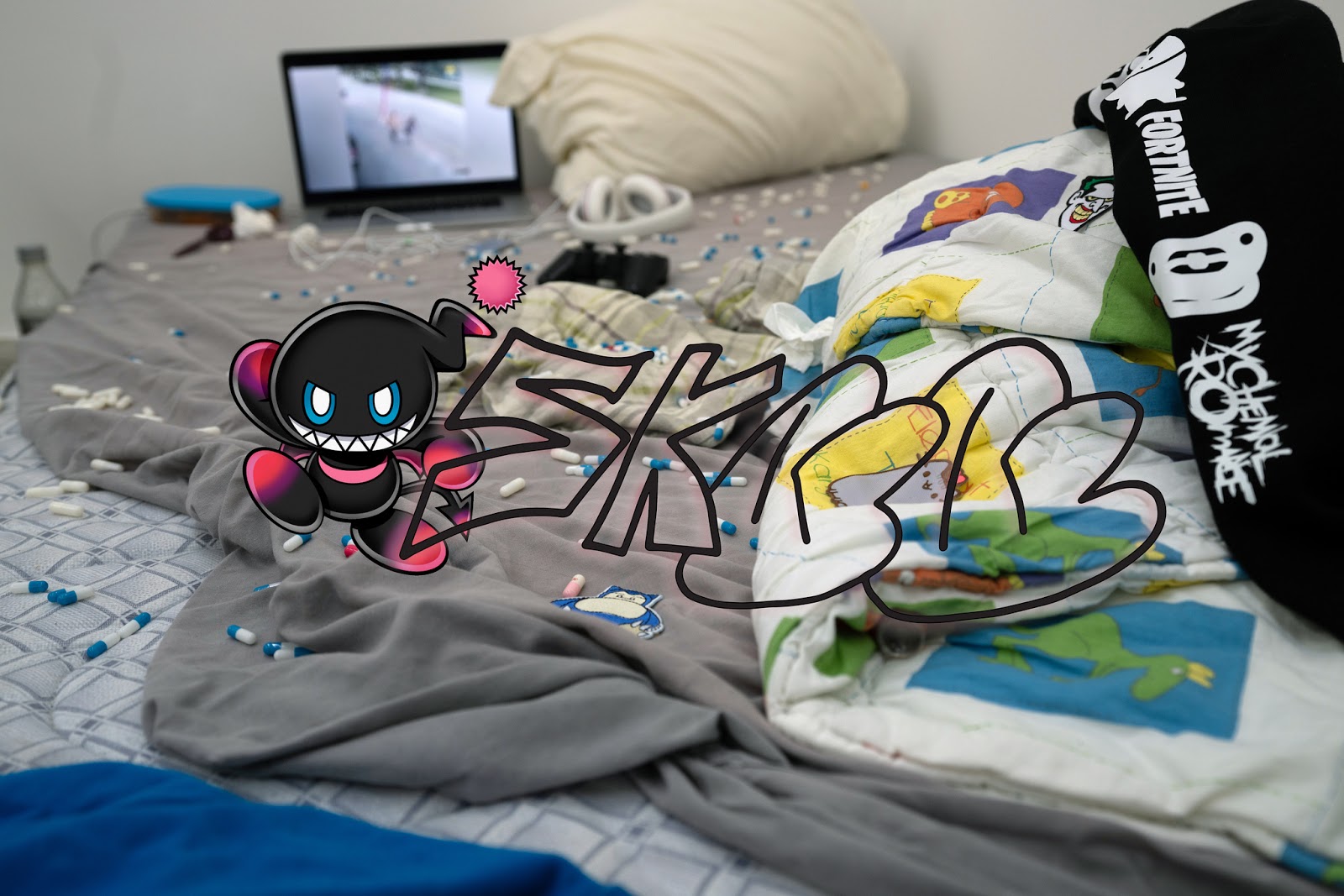 Narrative projects is delighted to host SKEE, an exhibition by Bora Akinciturk and Iain Ball. This project, featuring works on show for the first time, is the launch of a new series of collaborations entitled, ER.

The exhibition takes its name from a Lil Xan Song of the same name, “[Chorus] skee, skee, skee, skee, skee, skee, skee, skee”. In their work, Akinciturk and Ball delve into the collectivised phenomenon of what can be loosely defined as Cloud Rap (also termed as Soundcloud Rap, Internet Rap, Sad Rap and Sad Trap Music). The artists look at the influence the genre has had on popular culture in recent years, which came into focus after the deaths of rappers XXXtentacion and Lil Peep and the incarceration of rapper 6ix9ine.

In SKEE, the artists are interested in the collective psyche of younger generations, and how their unique lived experience has the power to transform the way the world looks and feels. Working collaboratively, they have weaved together their own unique working processes, aesthetic interests and backgrounds combining their shared interest in fashion, internet culture and rap music.