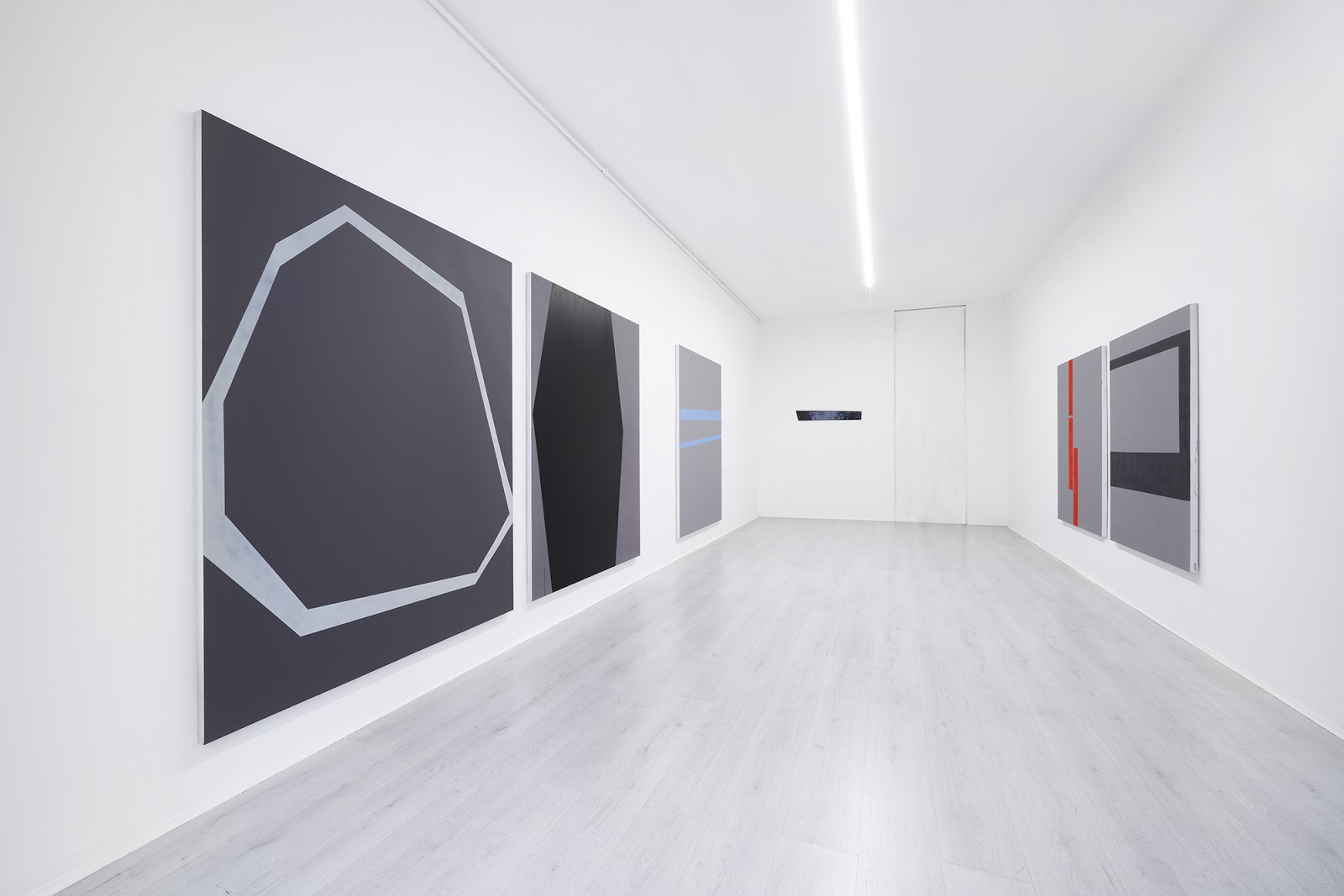 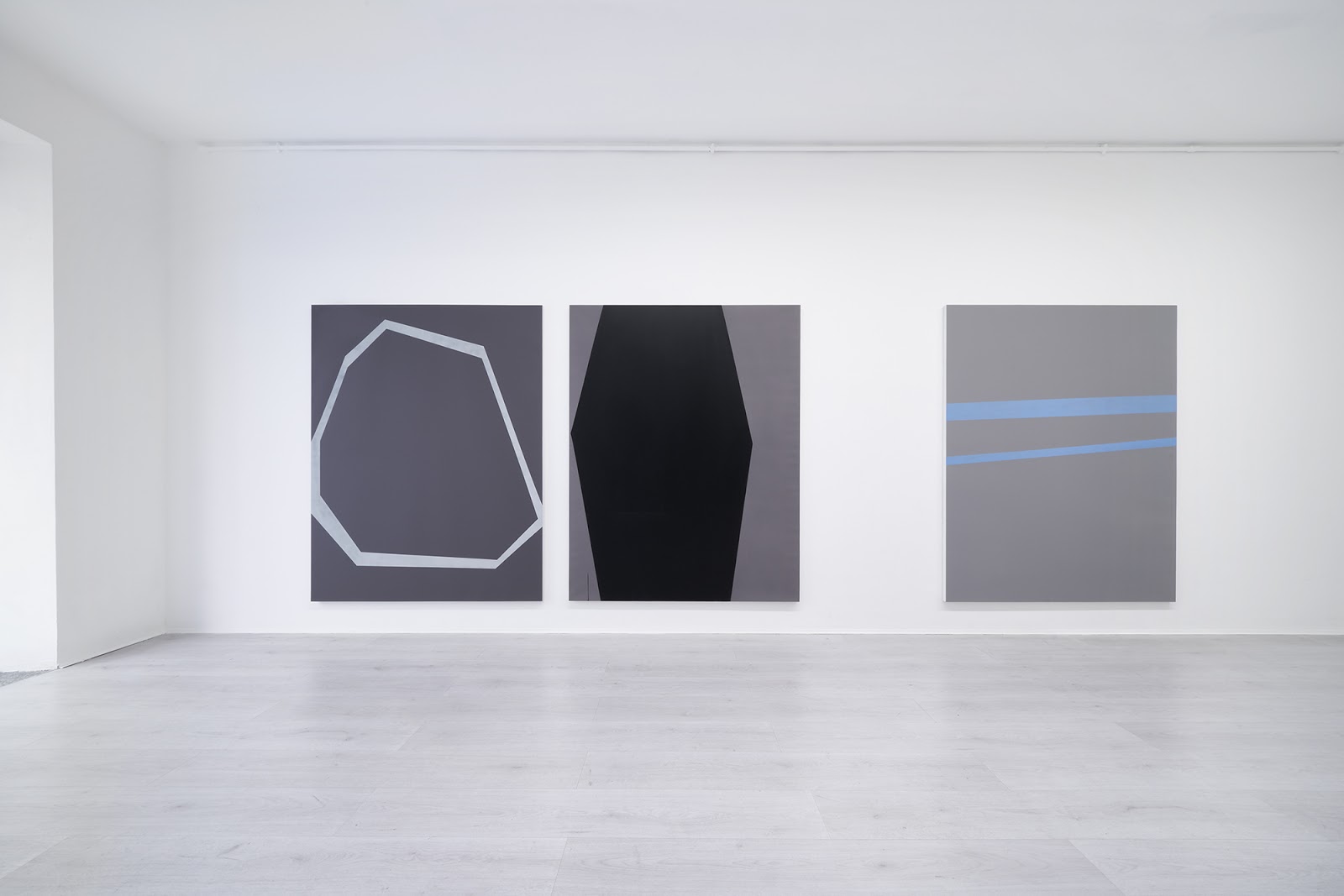 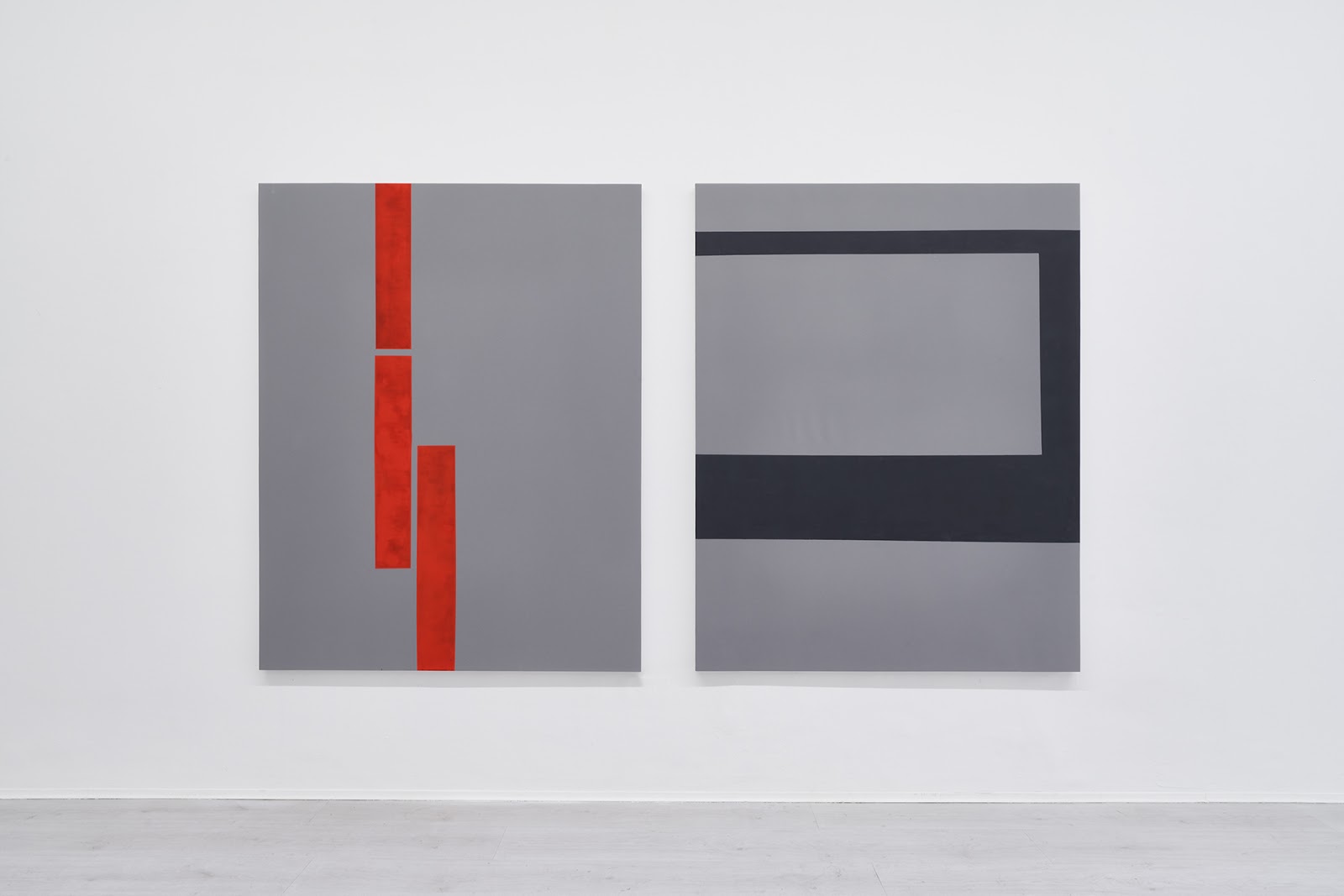 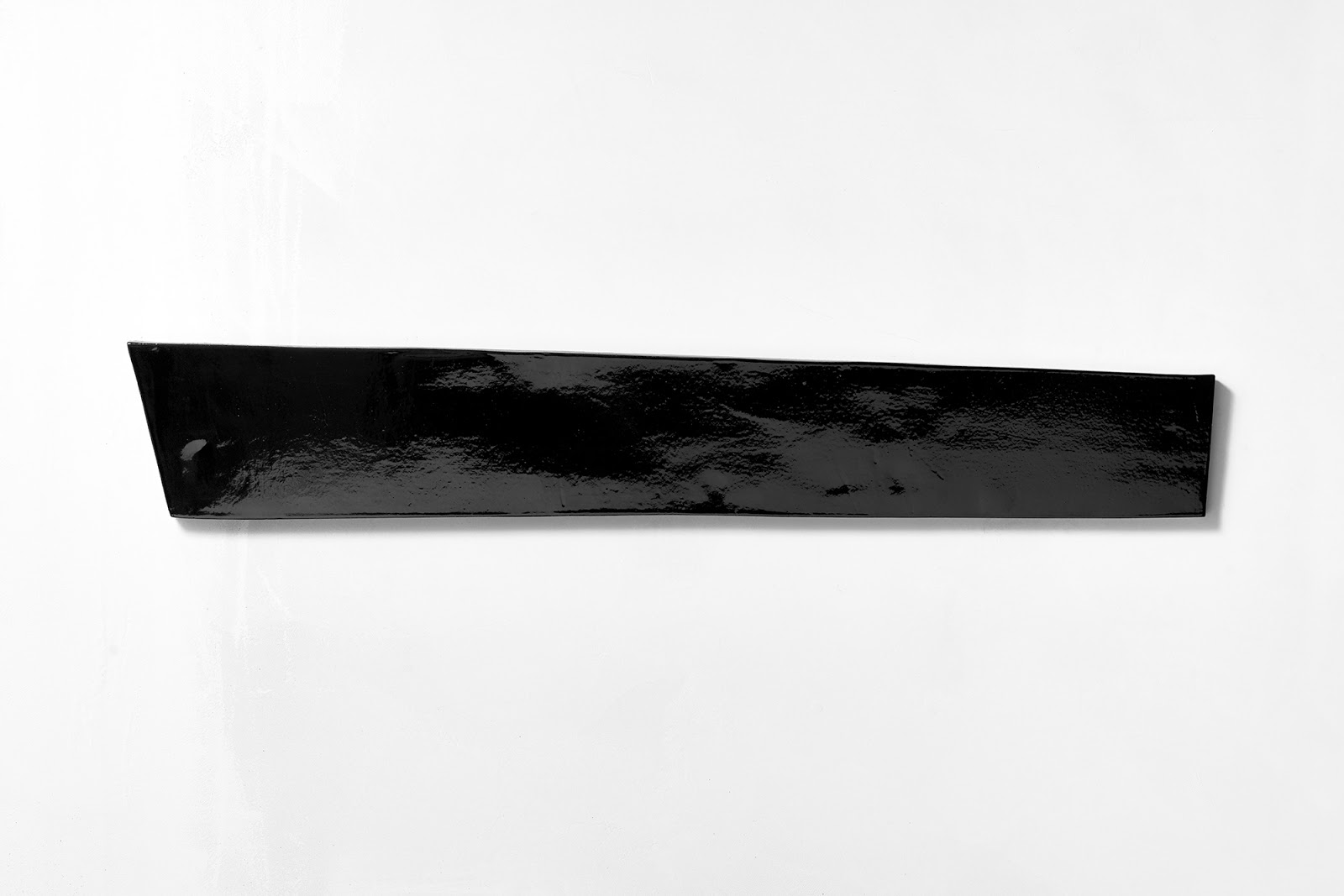 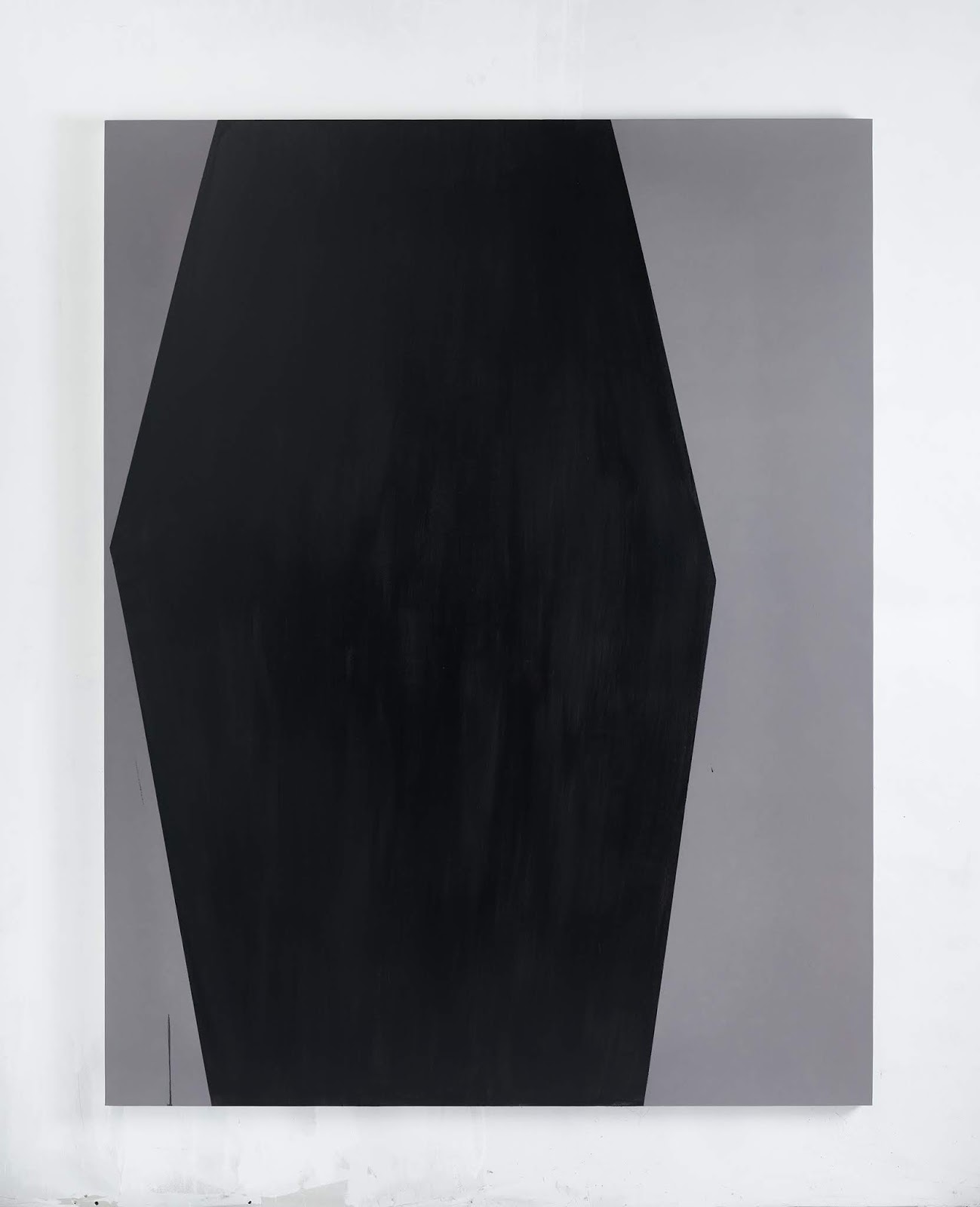 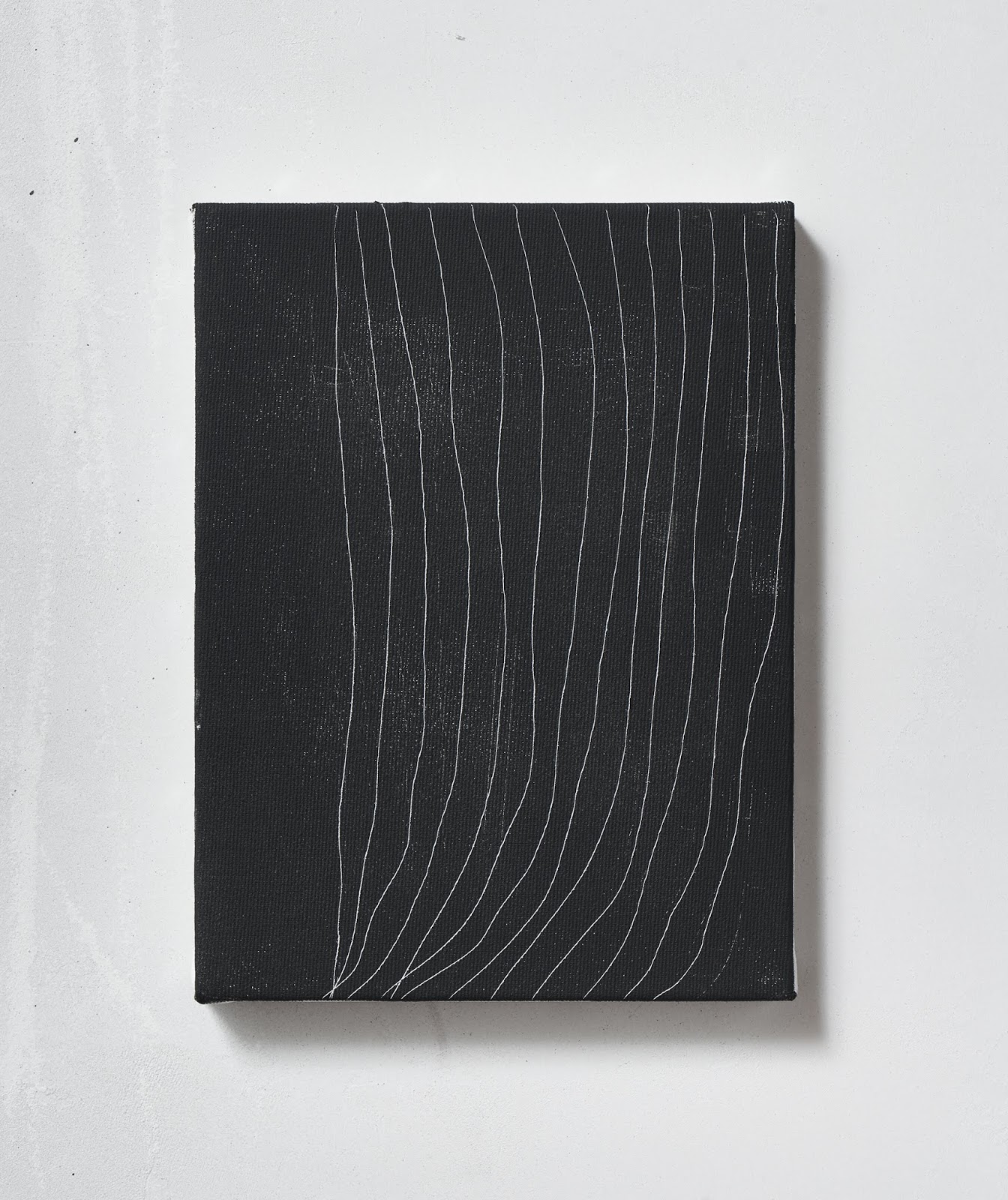 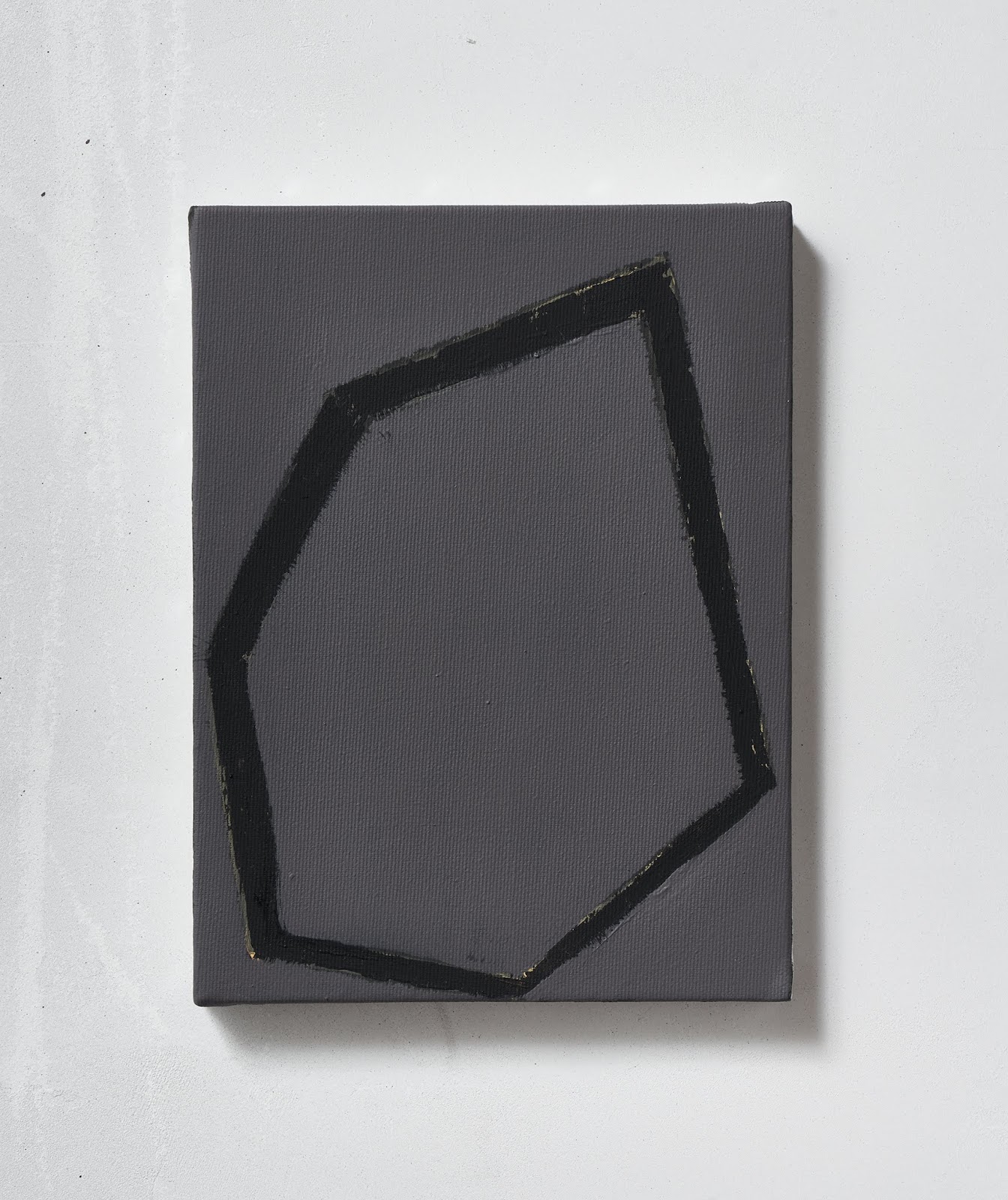 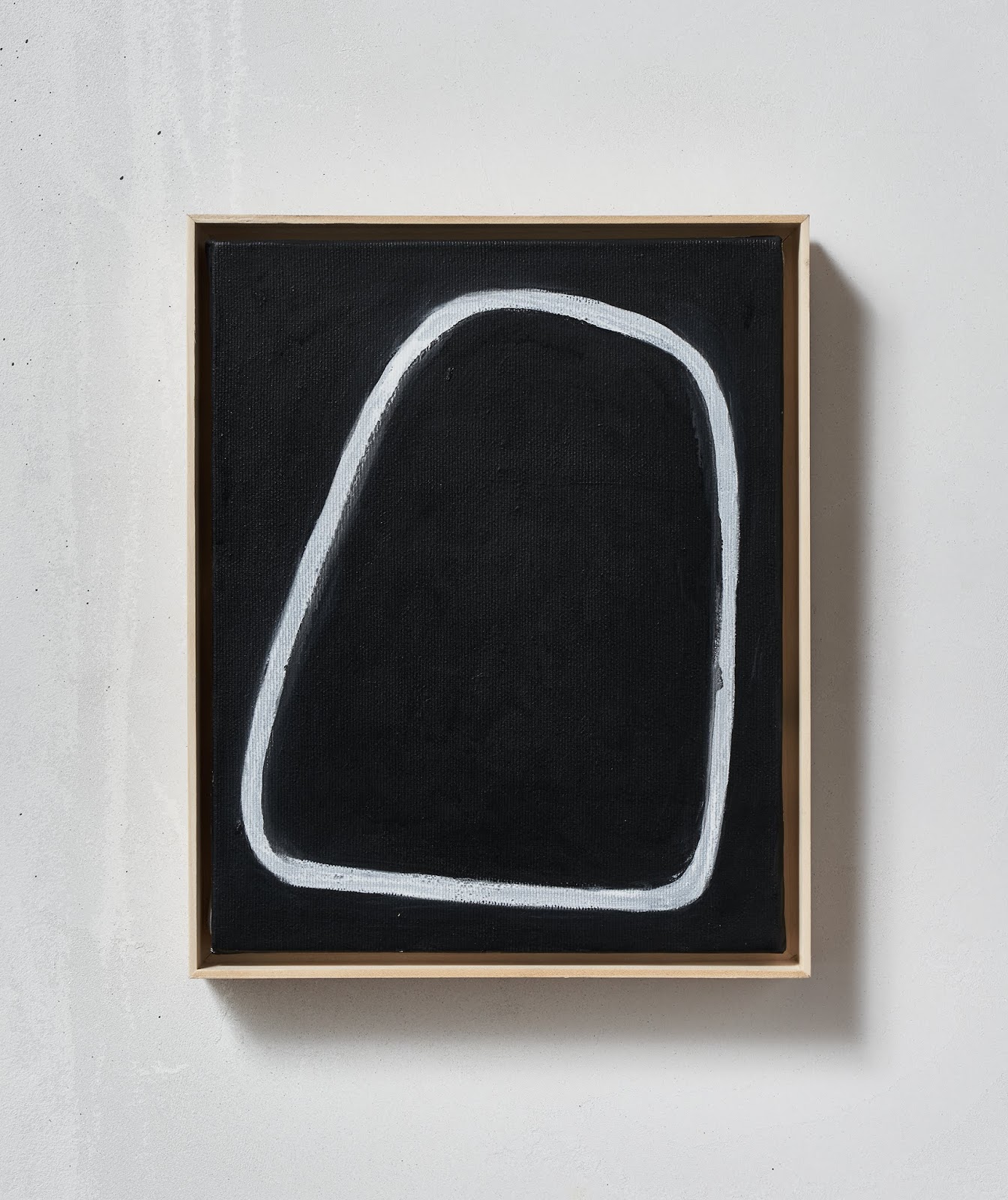 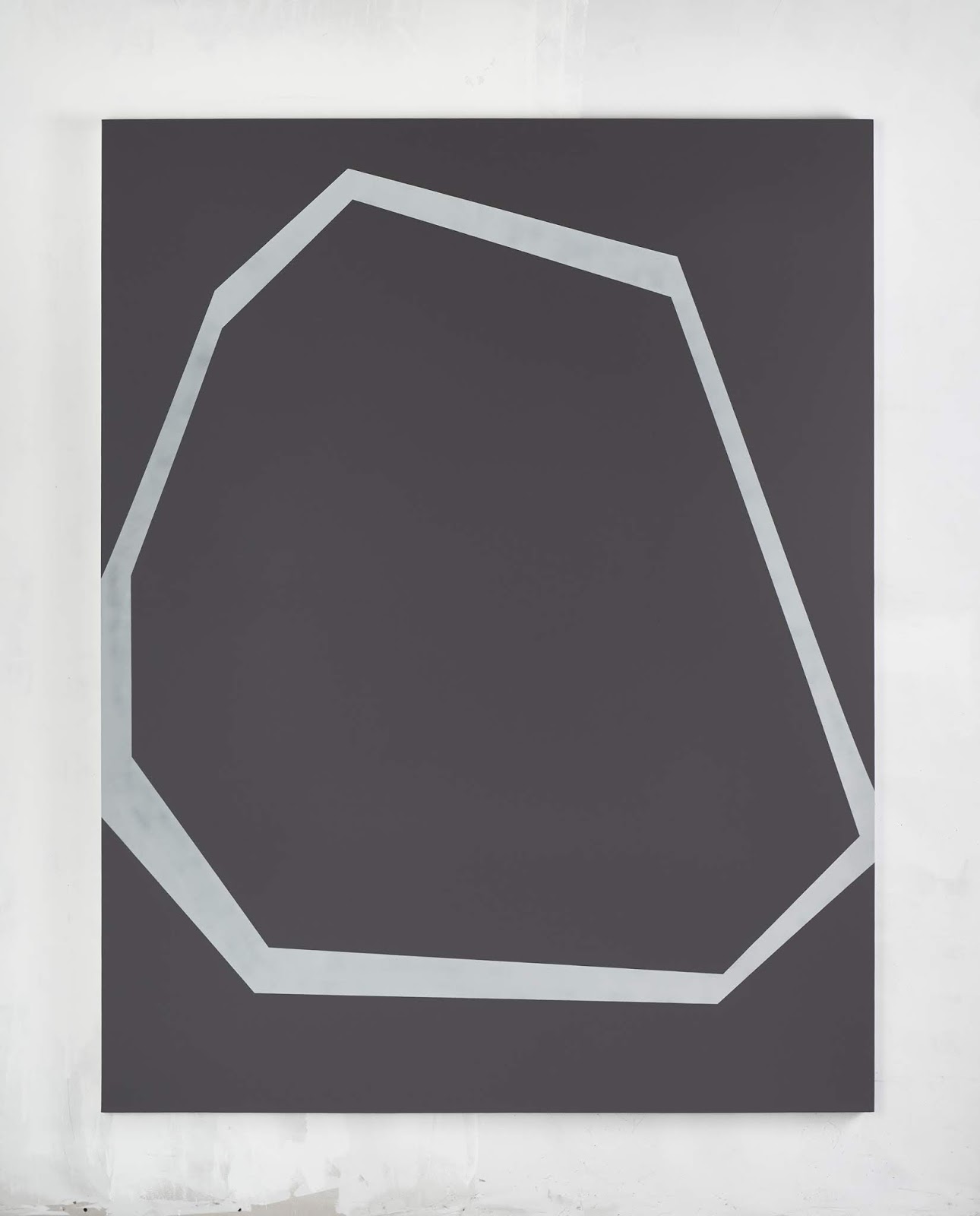 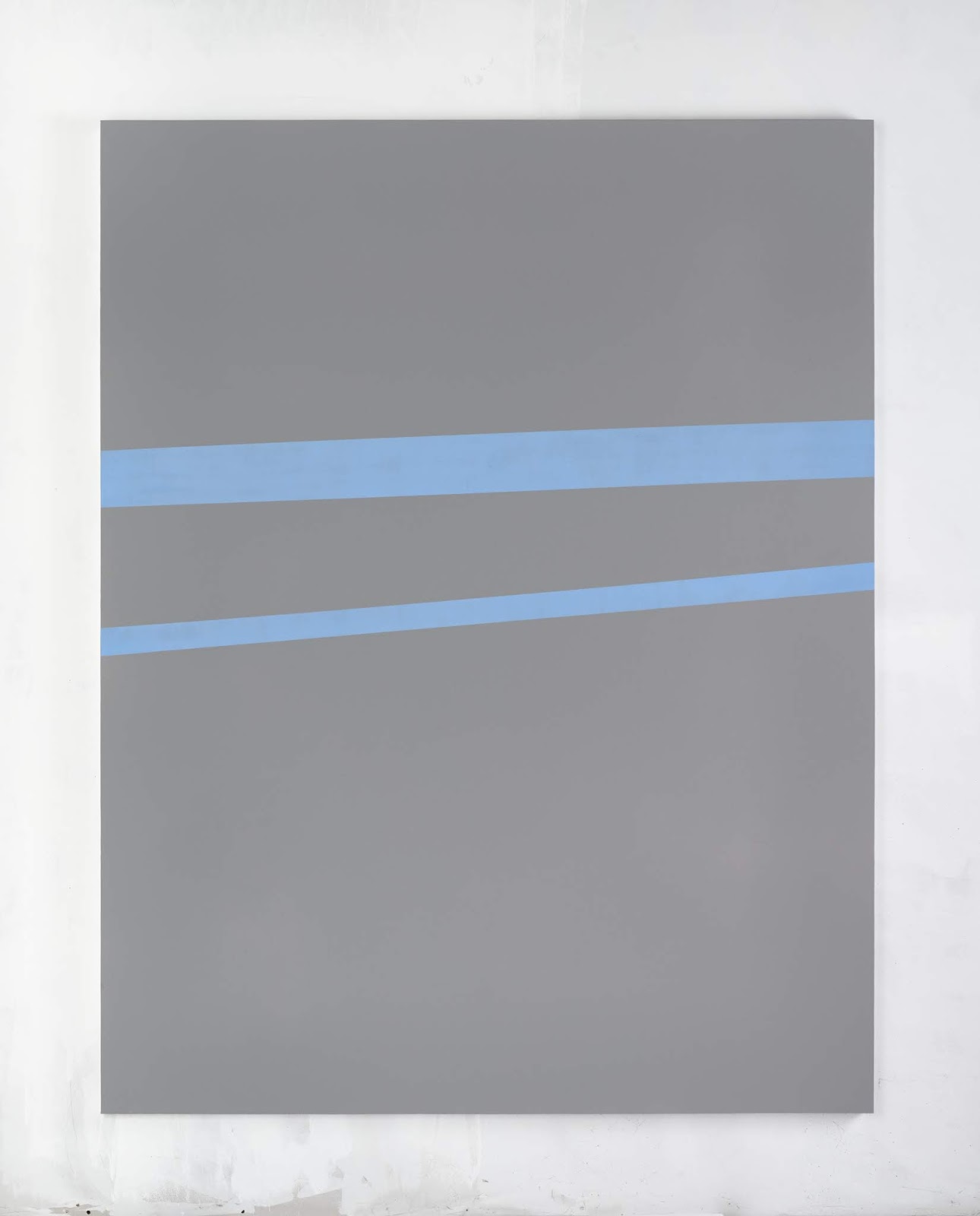 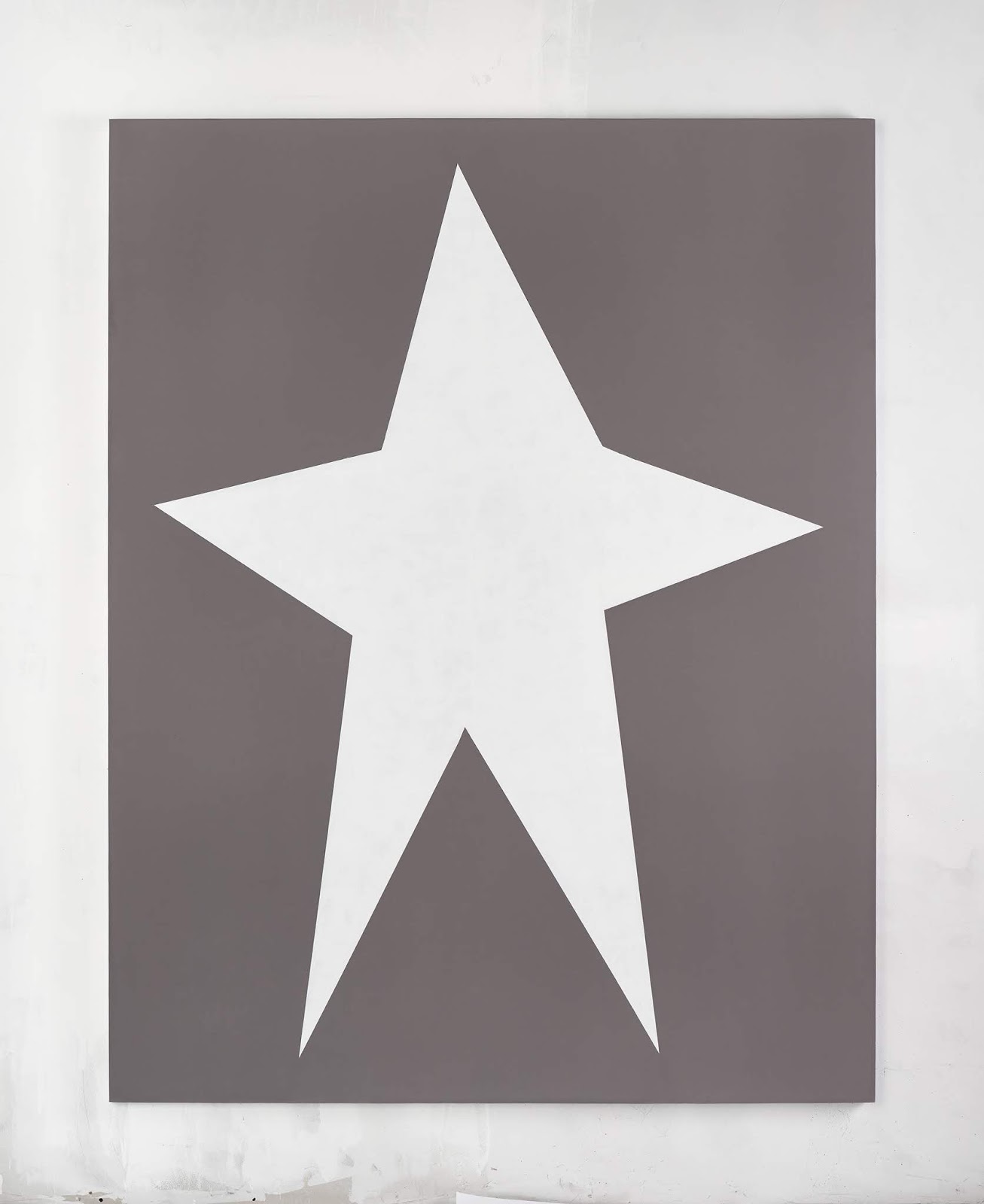 First I’d like to talk about the grey or the localization.
The philosopher Alain Badiou well described Samuel Beckett’s spasmodic attempts to reduce the descriptive nature of the prose.

Michele Lombardelli (Cremona 1968) will present a series of large paintings in his solo show at the A+B gallery. This new series of works connect the western and eastern reductionist traditions in a way that is never completely investigated. Dark and elusive geometrical shapes are painted on the canvas. This is the artist’s first experience with large paintings and it represents a turning point in his conceptual and technical research. Lombardelli is an out-of-the-box artist. During his career he tried a lot of different techniques : painting, drawing, sculpture, installations and graphics. Using the pseudonym “Untitled Noise” he also experimented a lot with music. Even though he has various resources, he always refers to Samuel Beckett’s  issues, such as: disintegration of the self and incommunicability. “Lessness” is the best world to describe his subtractive attitude and deconstructive approach to reality. The exhibition is a kind of accomplishment of these topics.
- Alfredo Sigolo