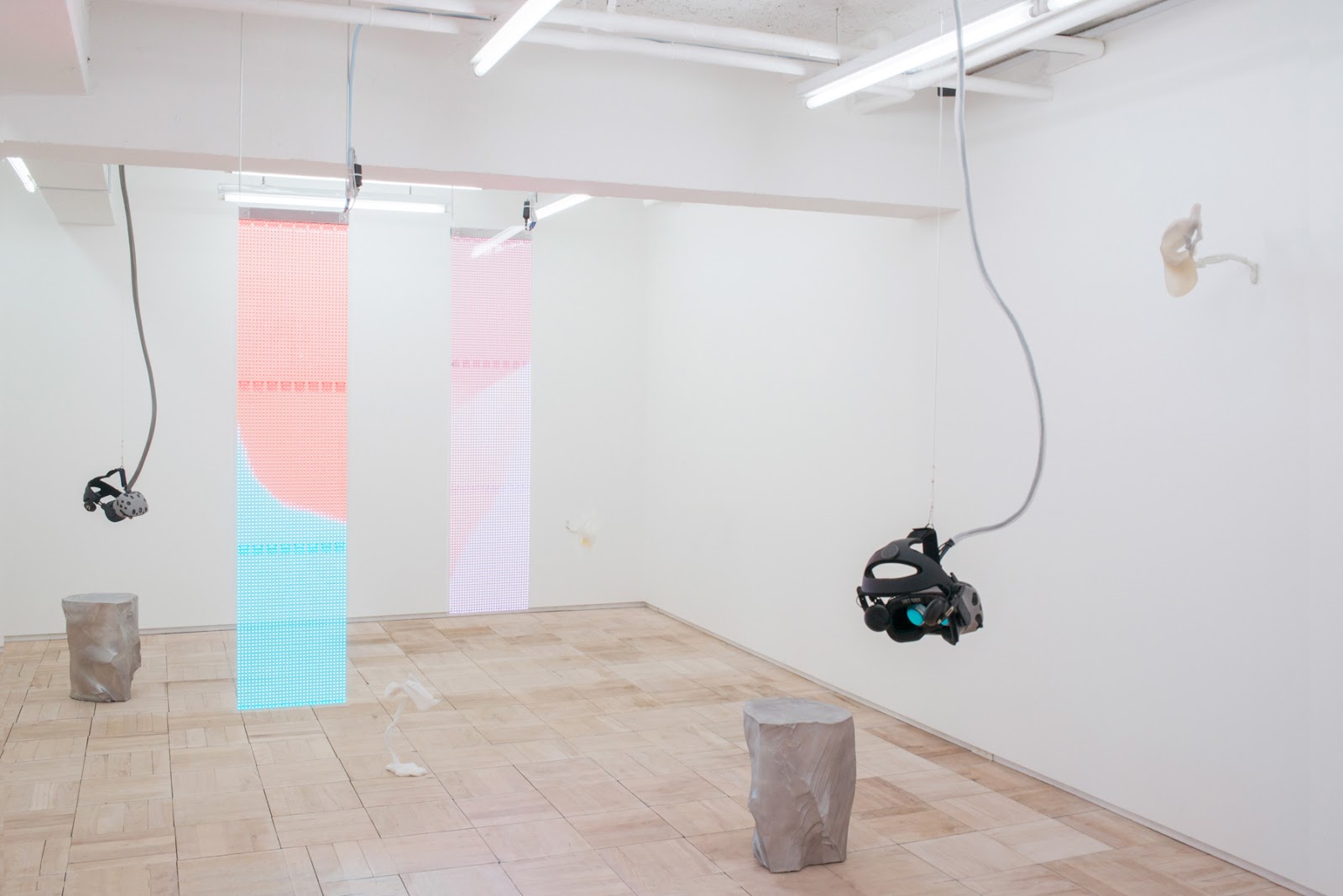 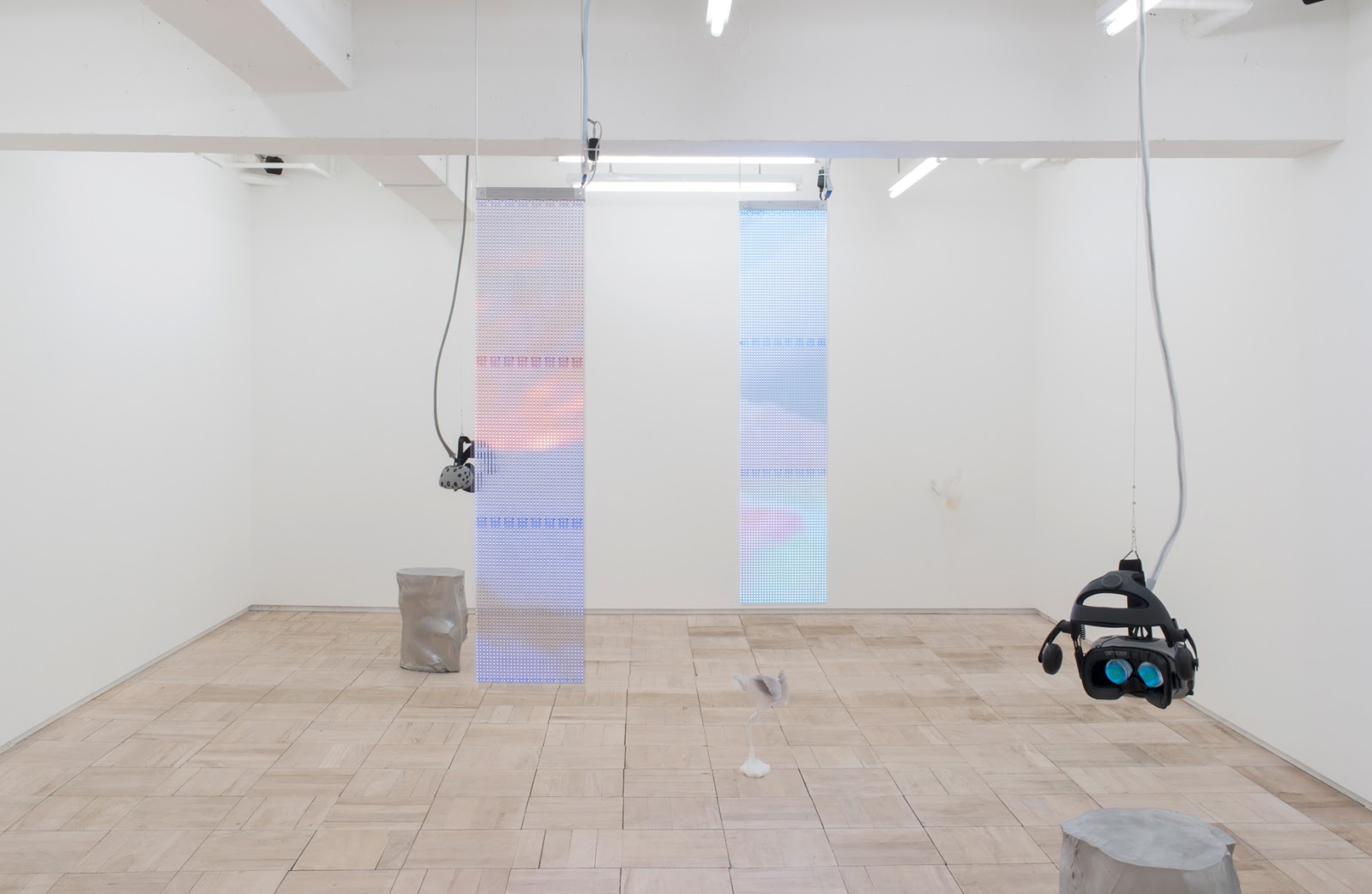 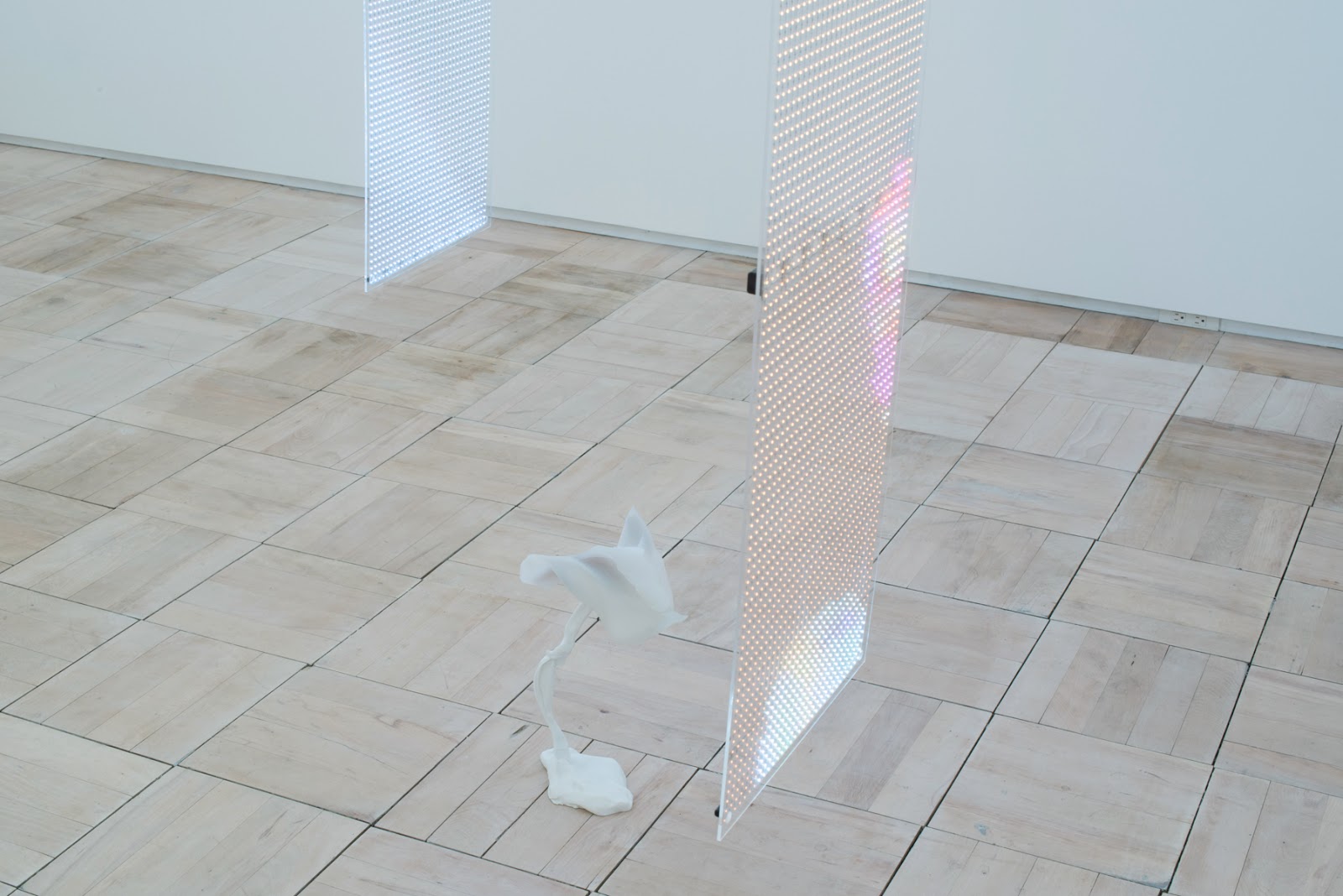 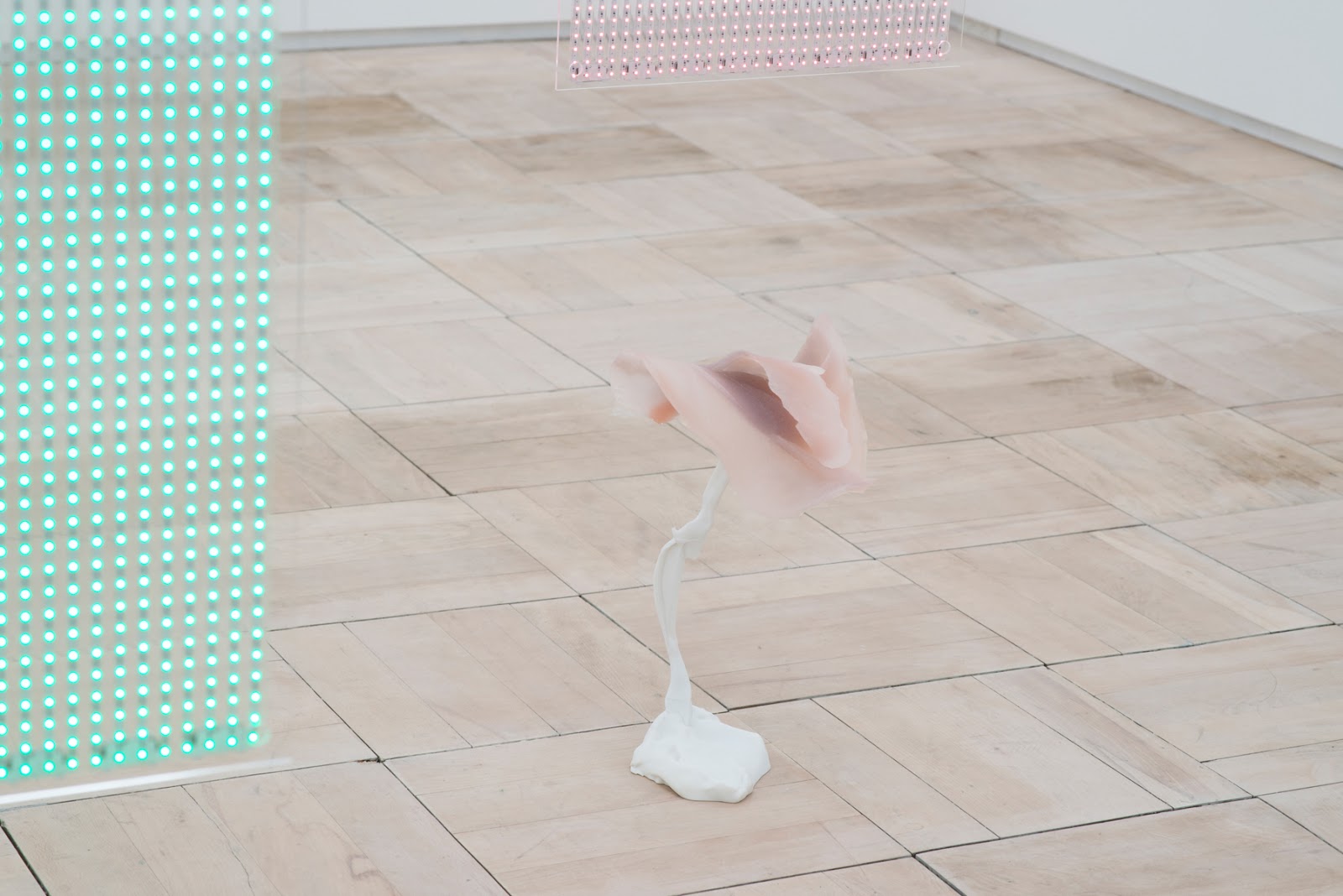 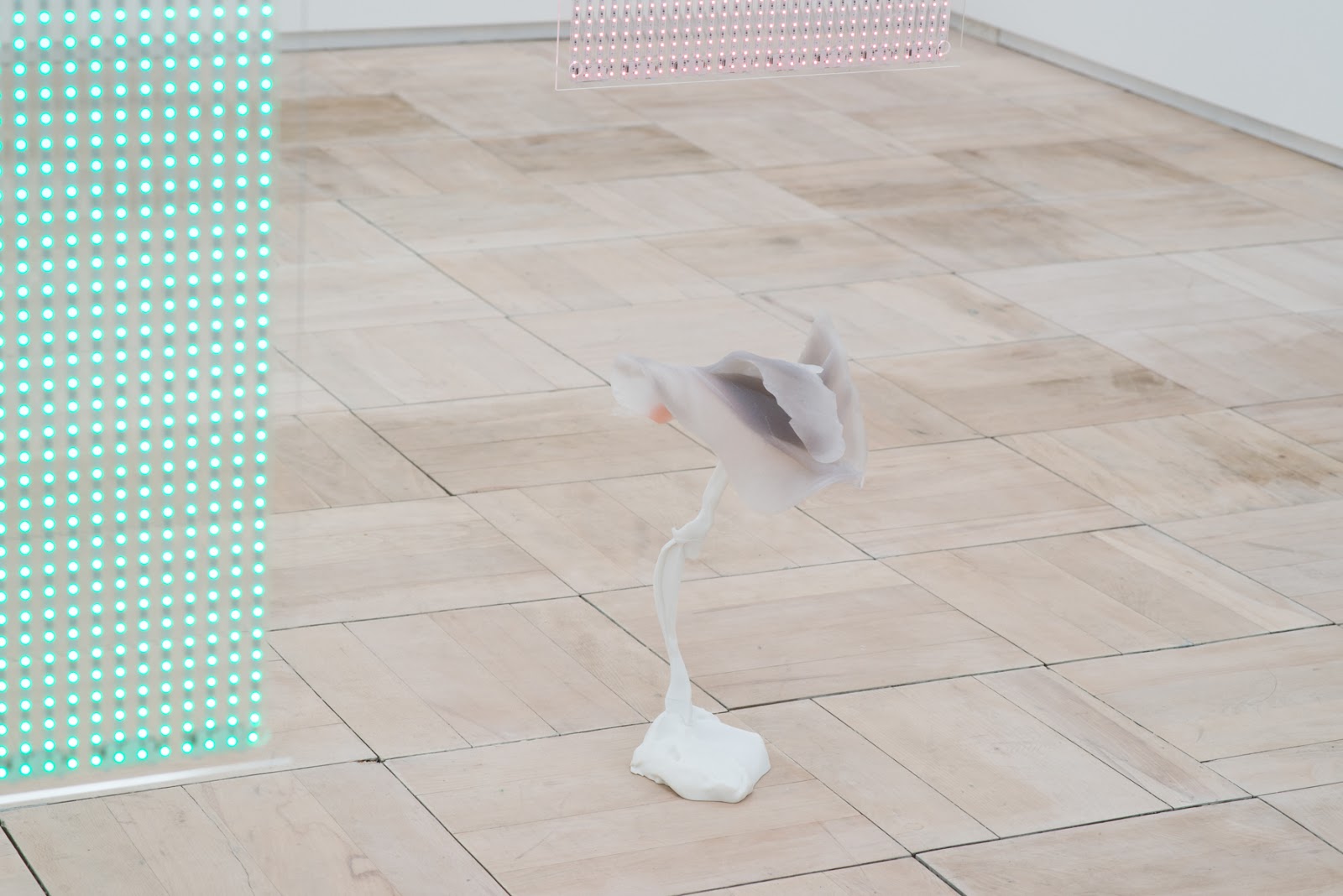 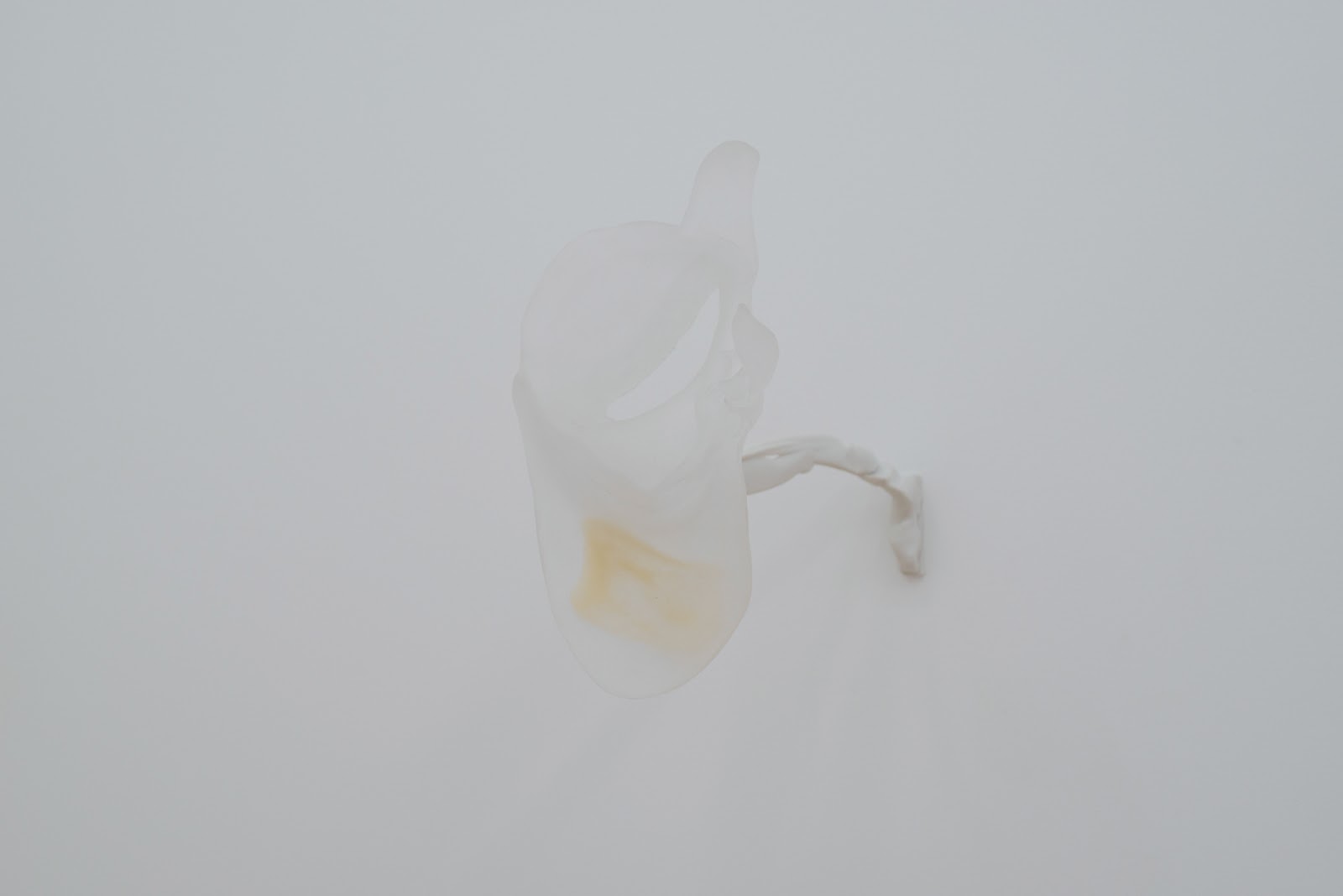 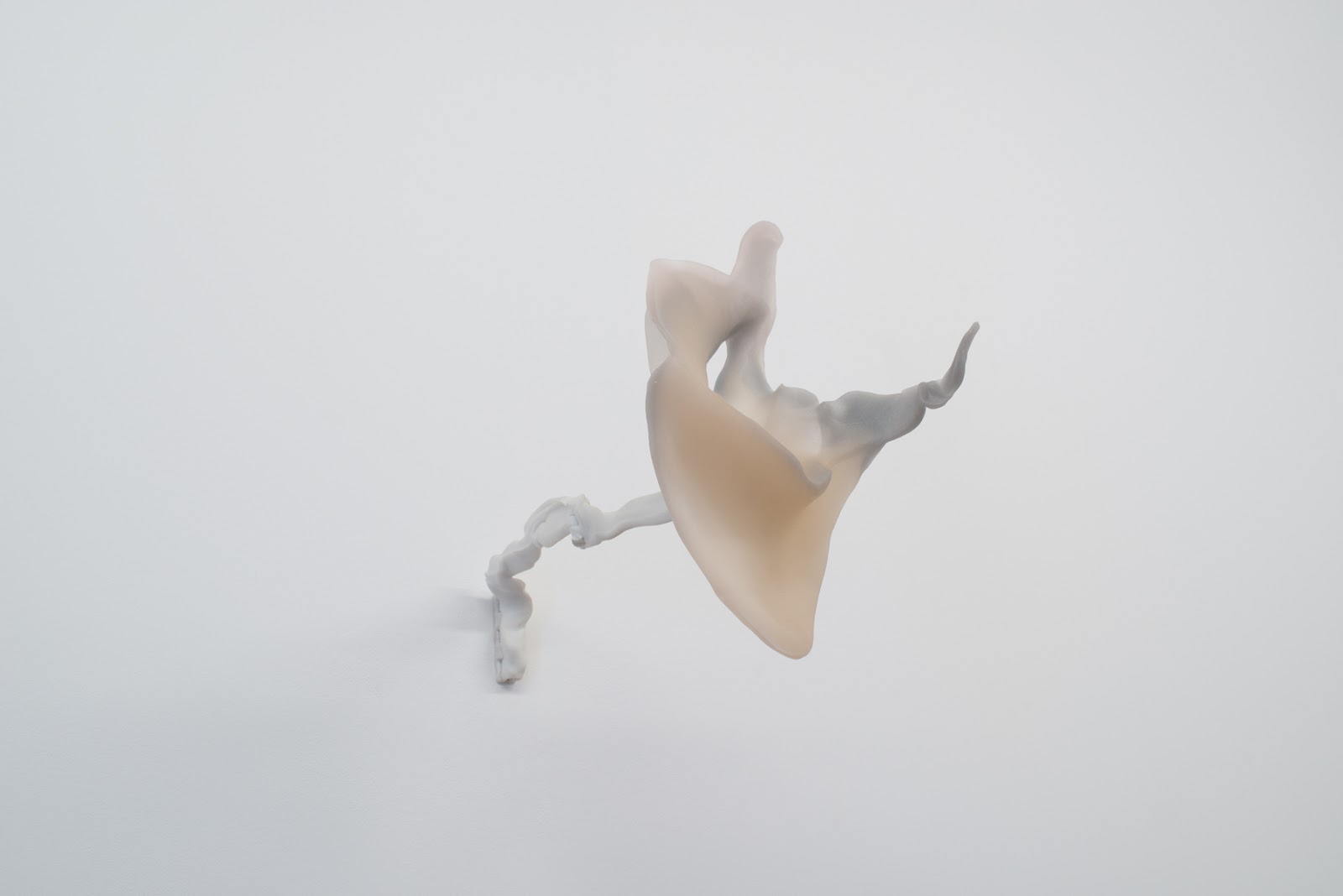 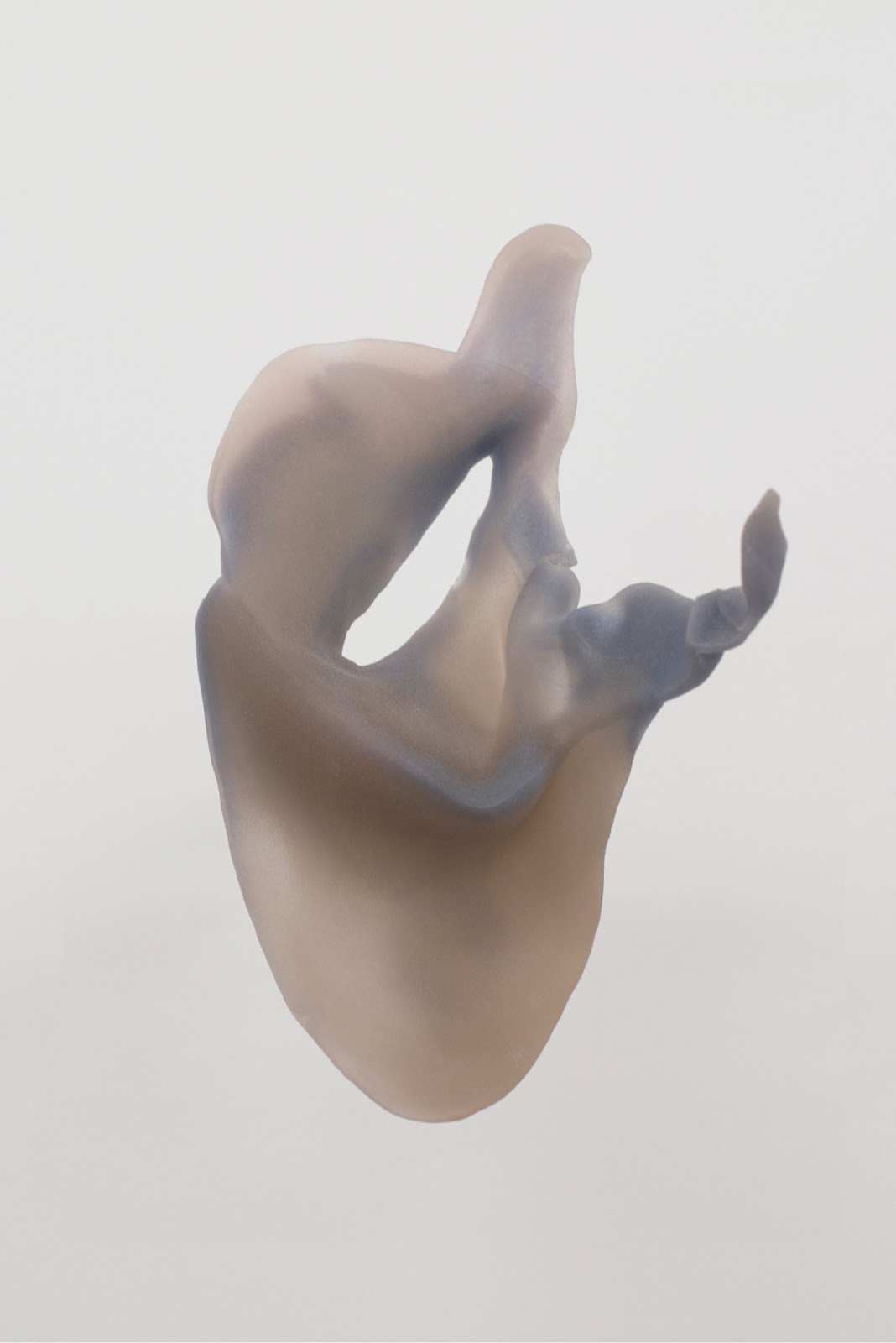 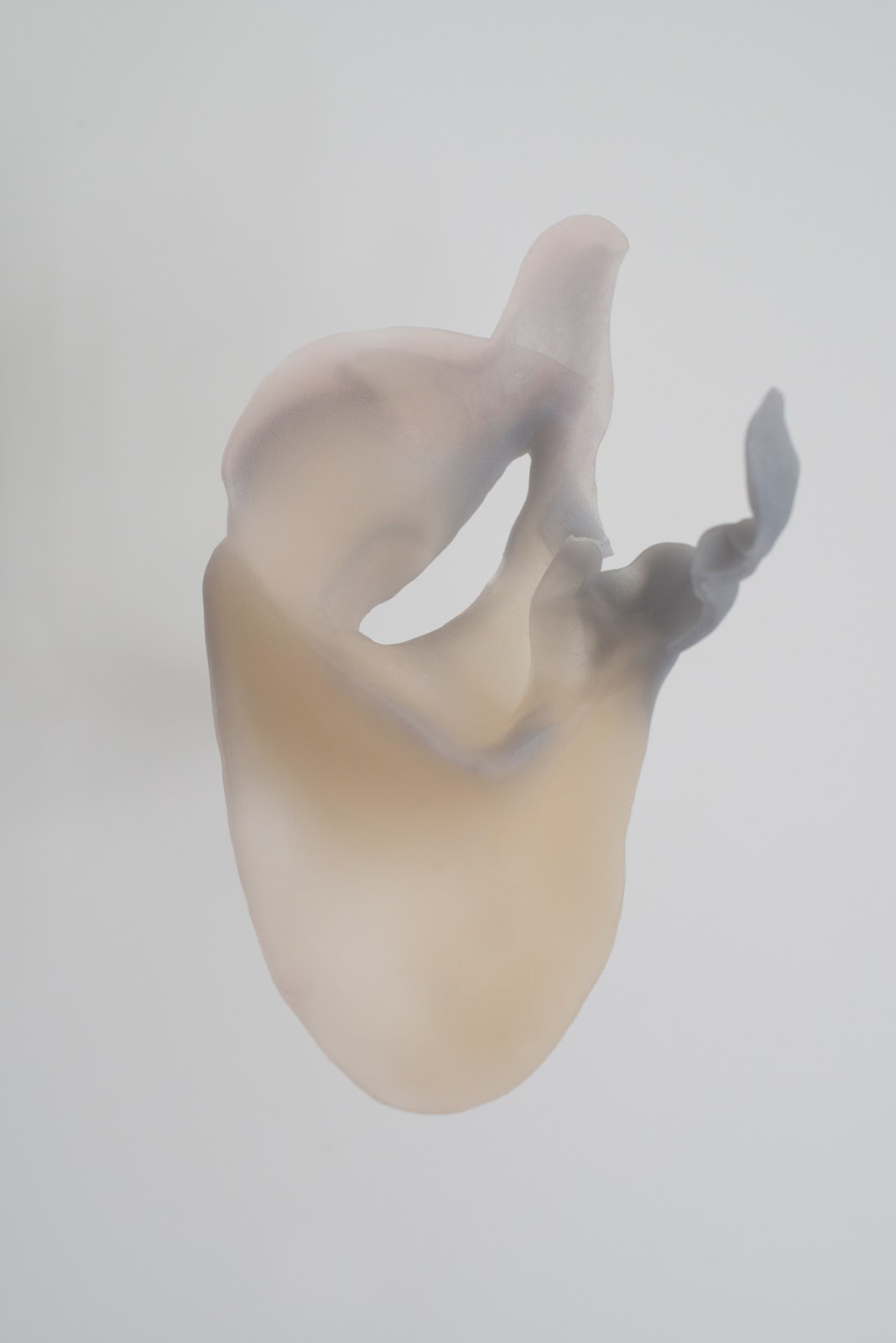 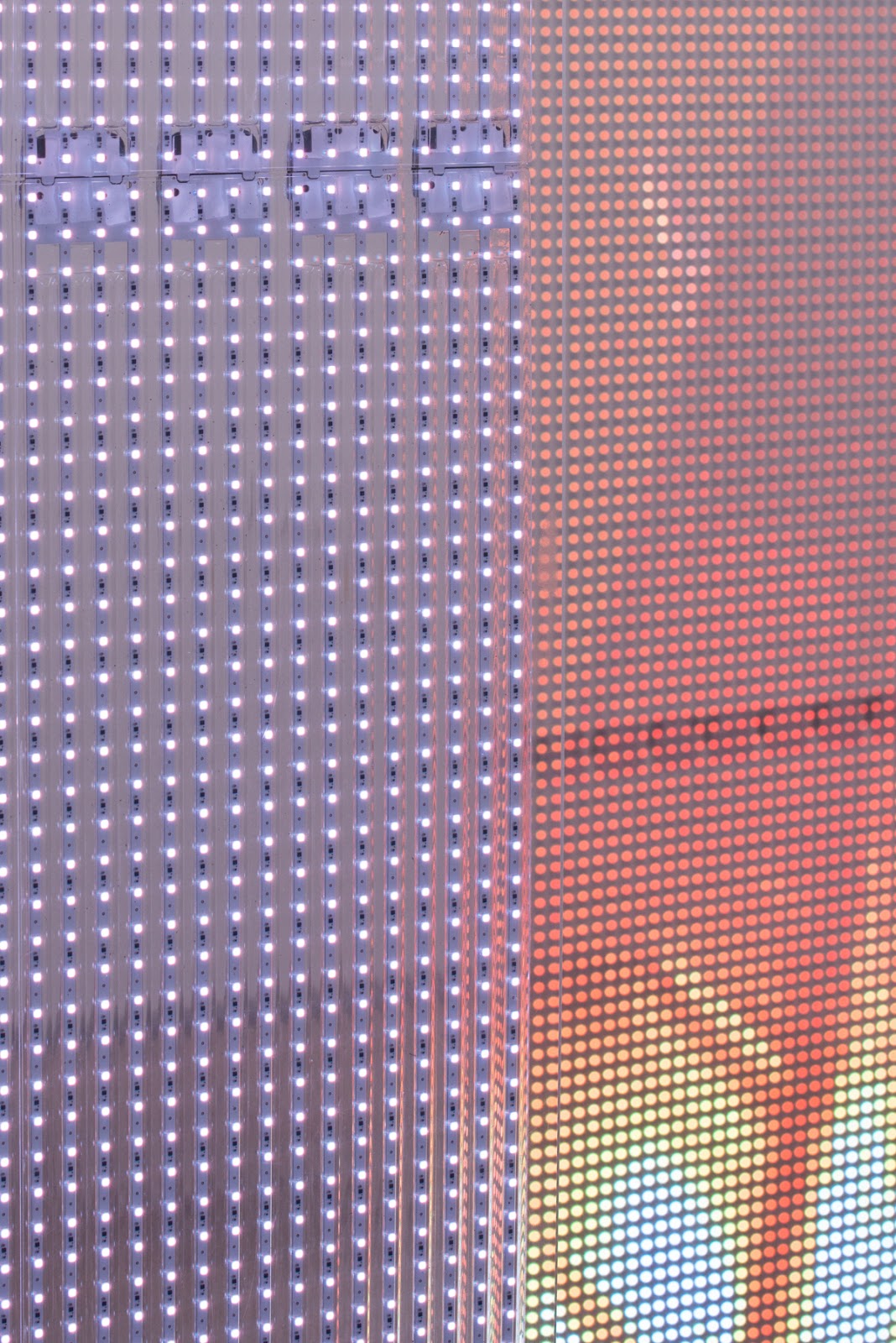 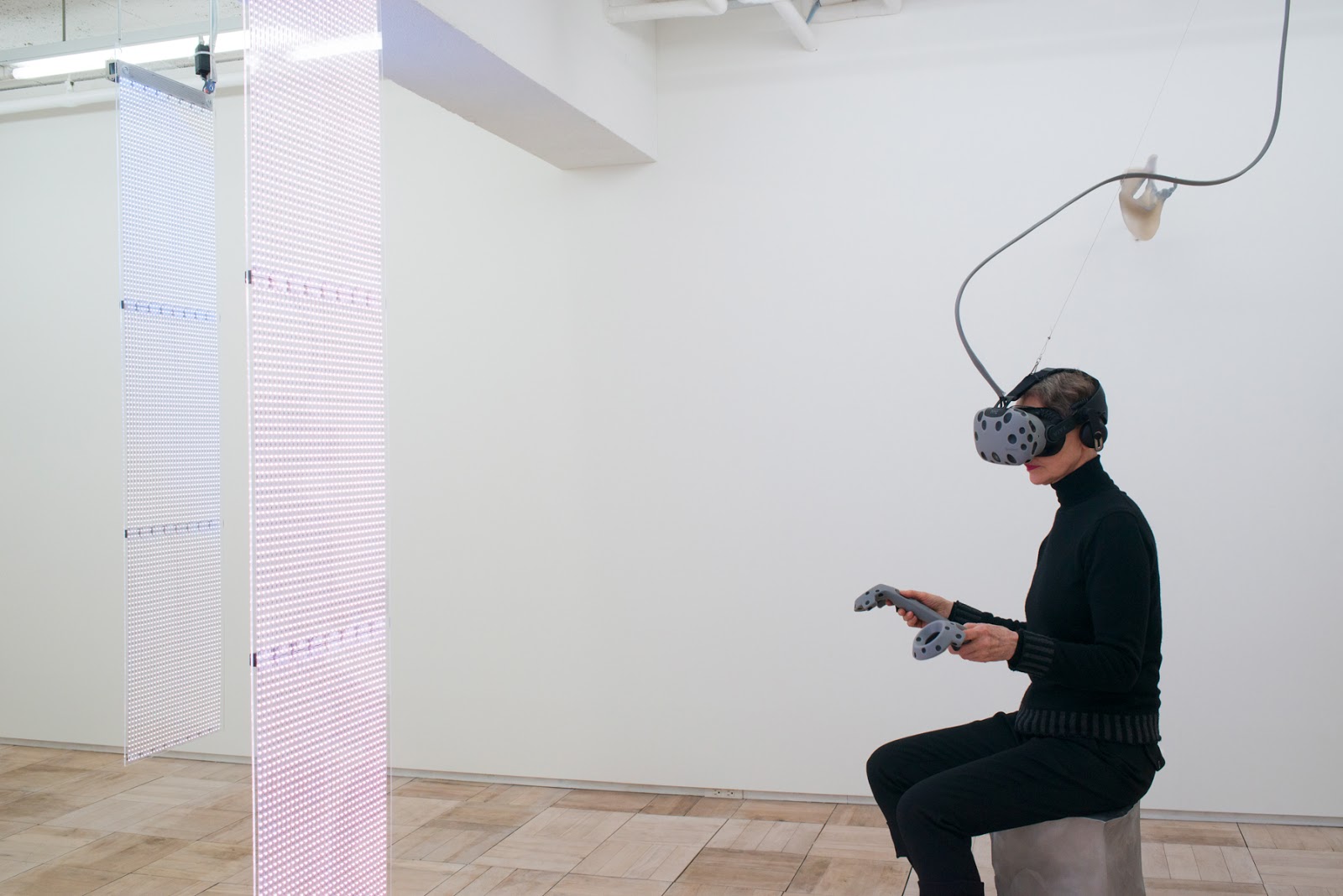 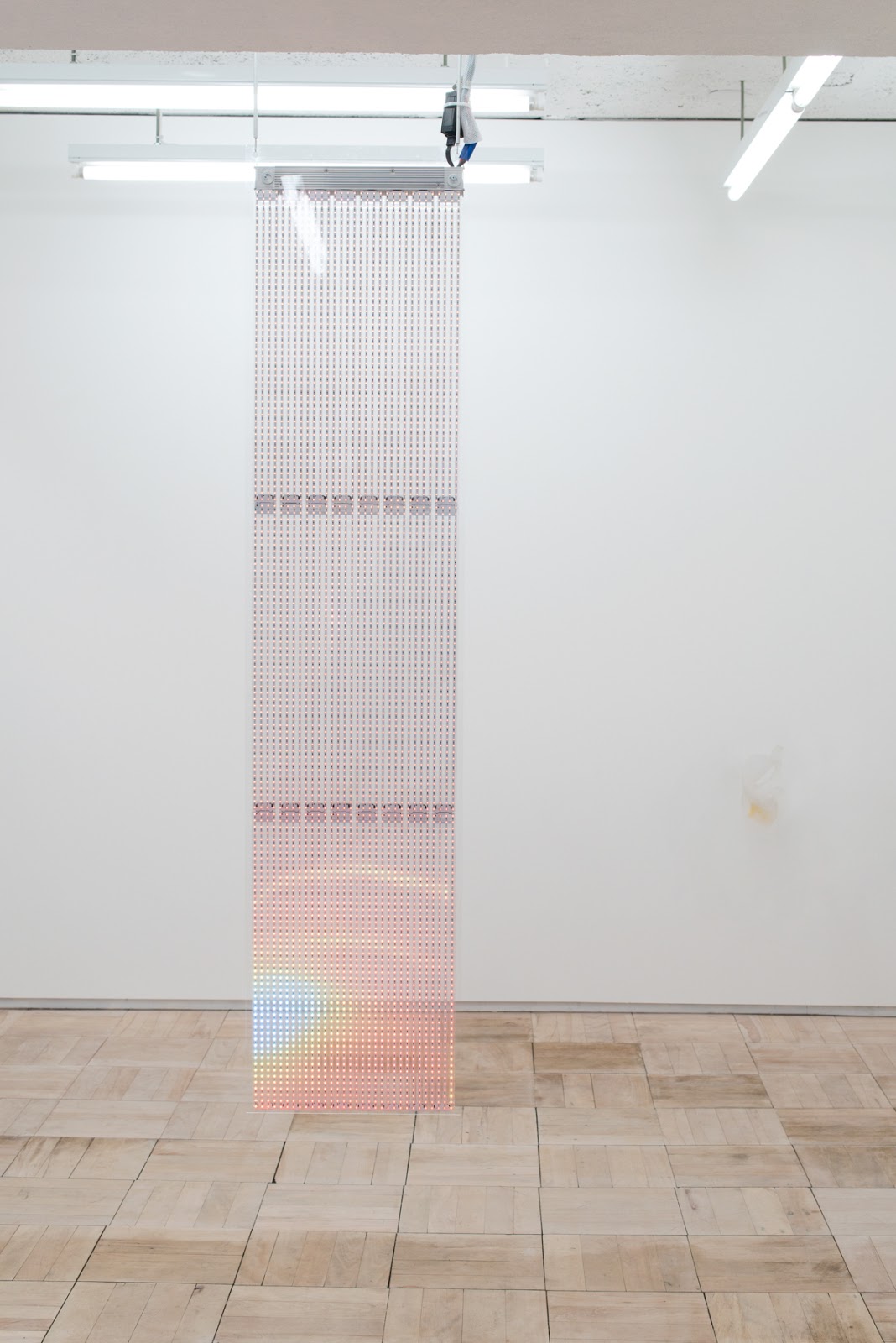 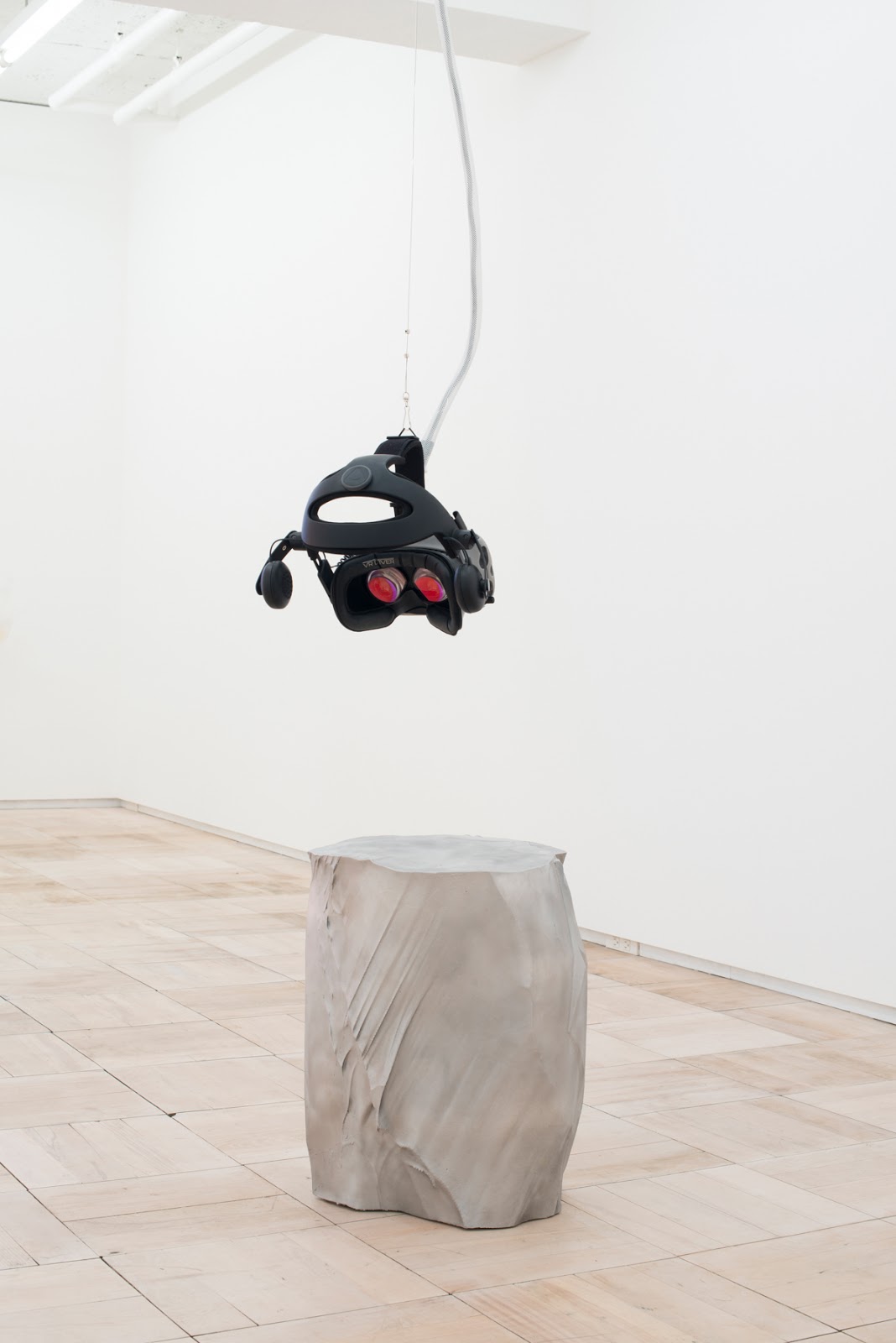 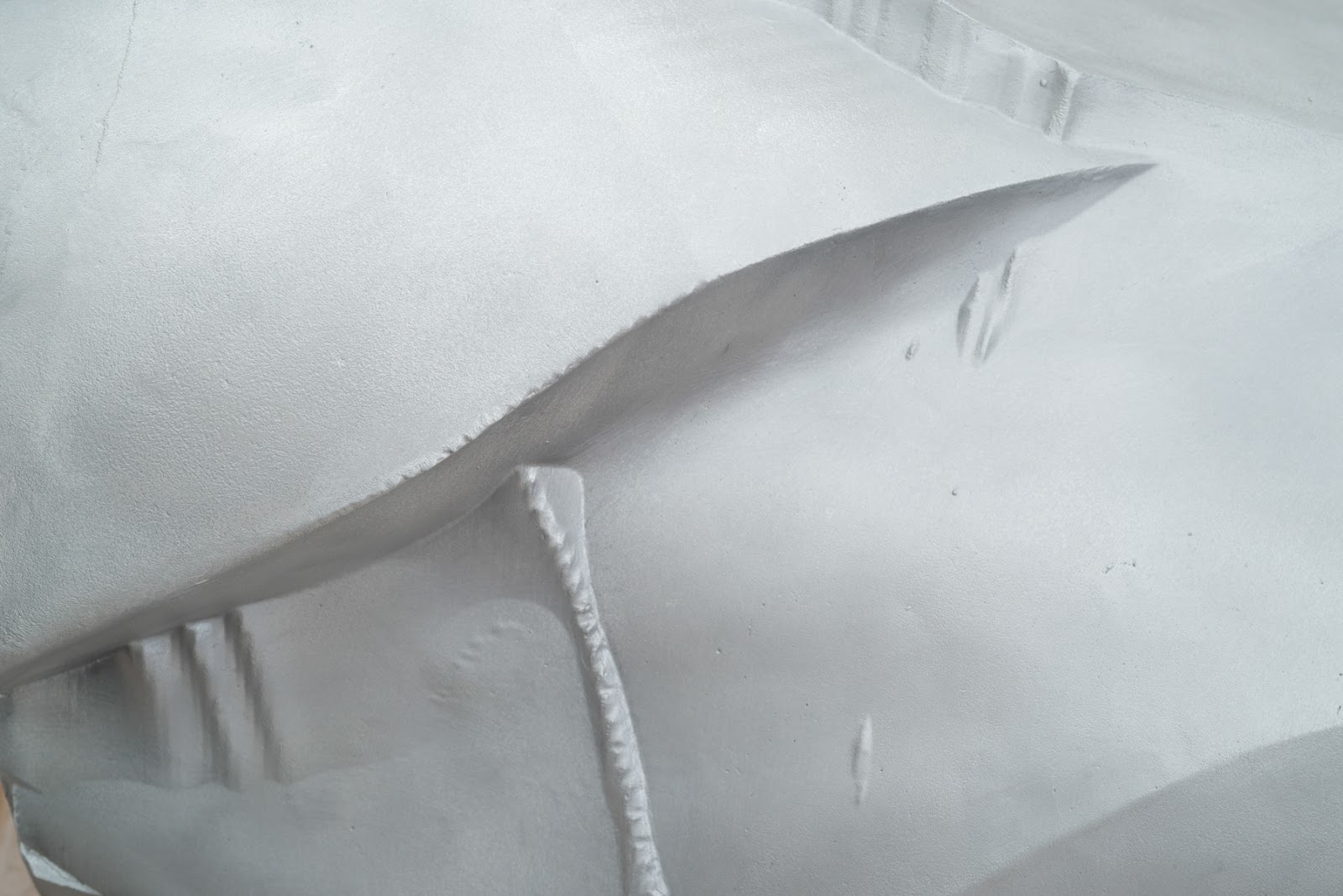 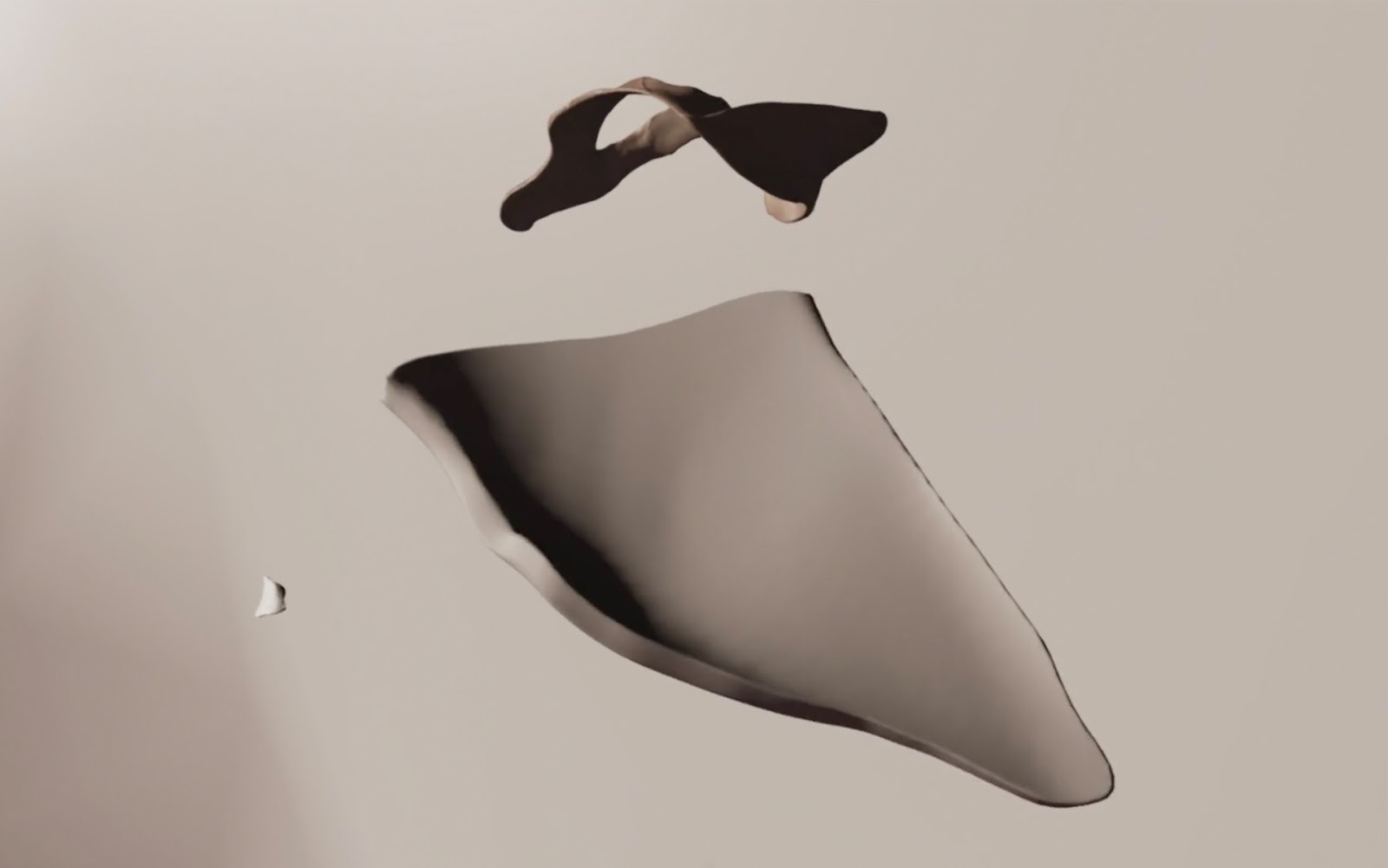 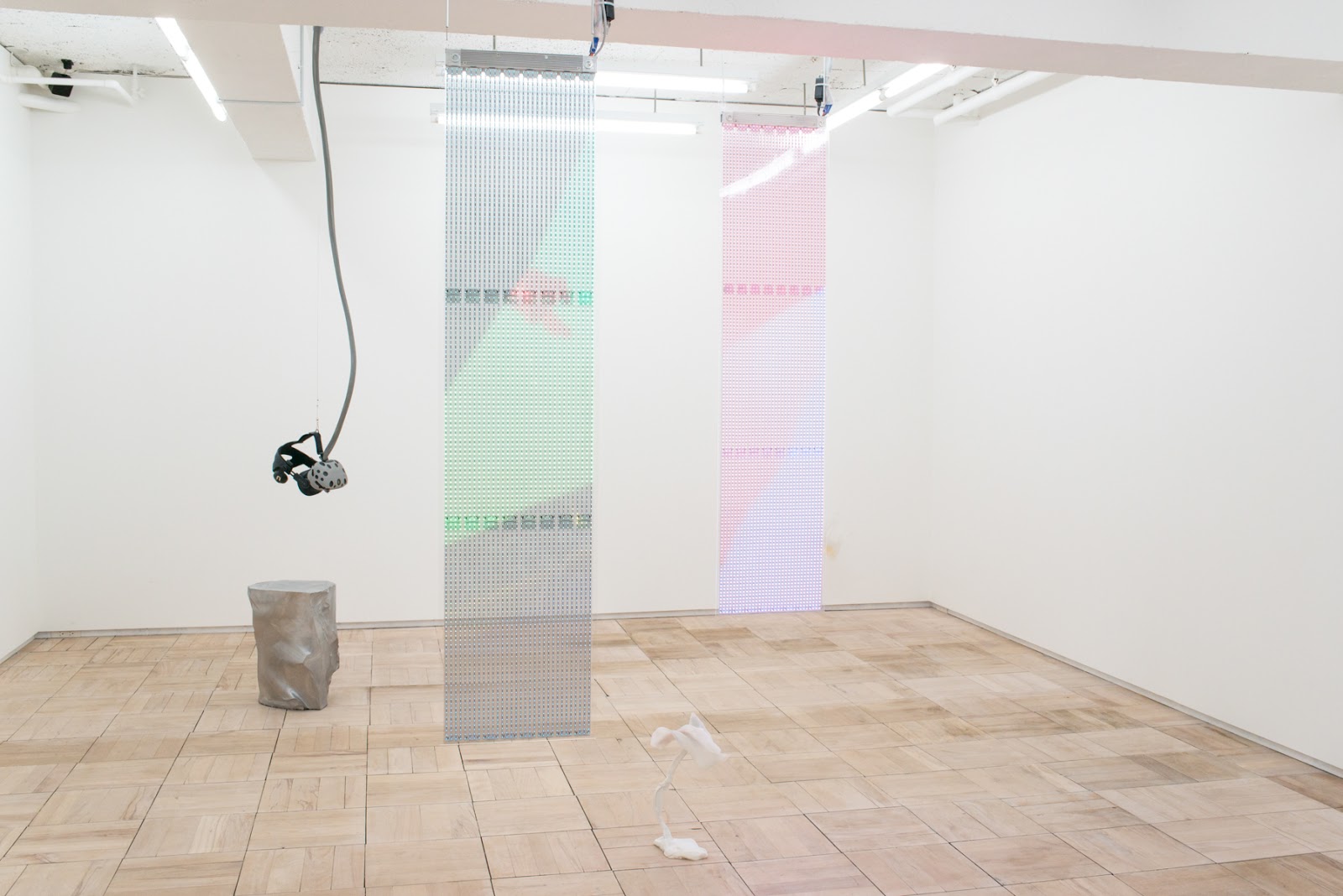 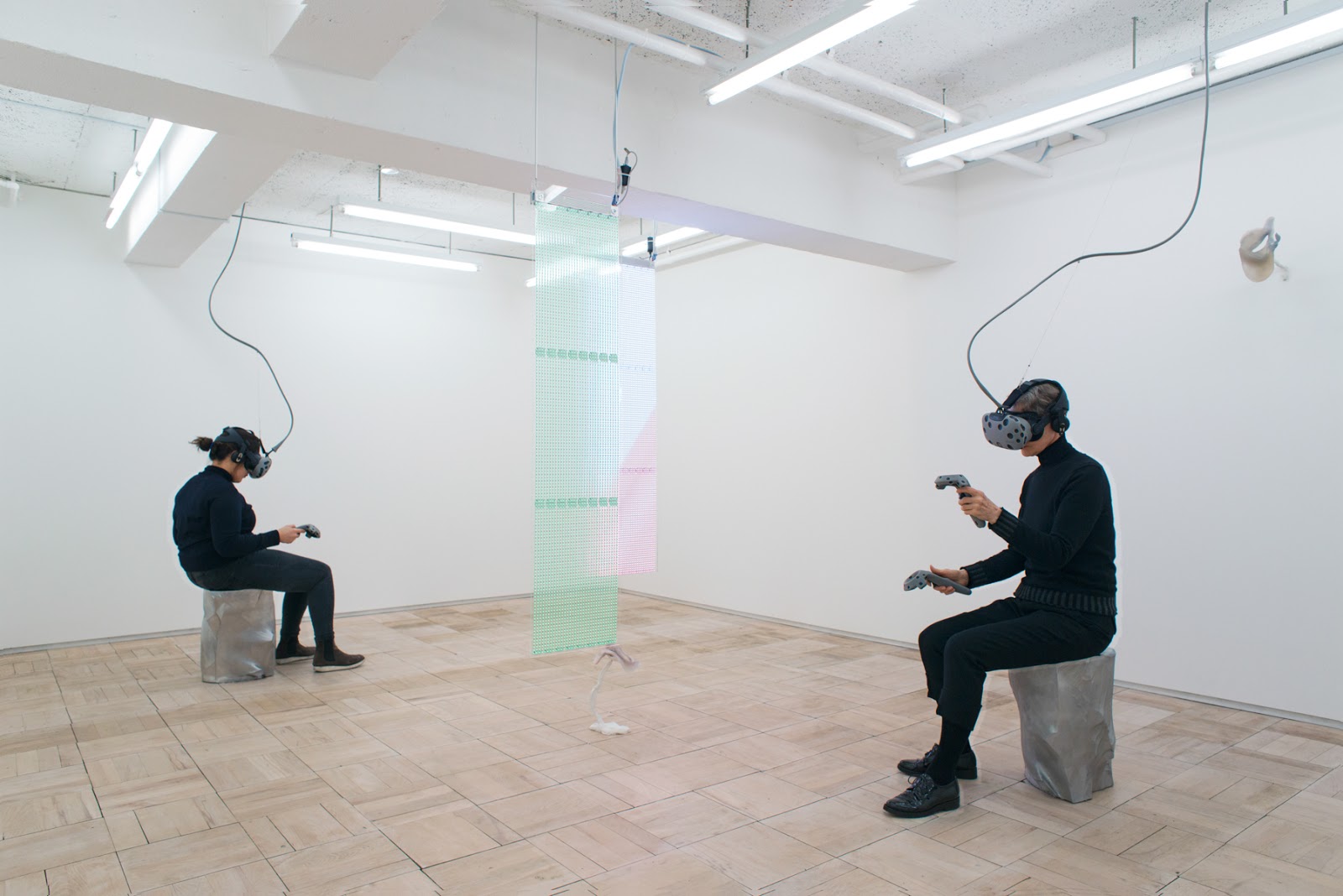 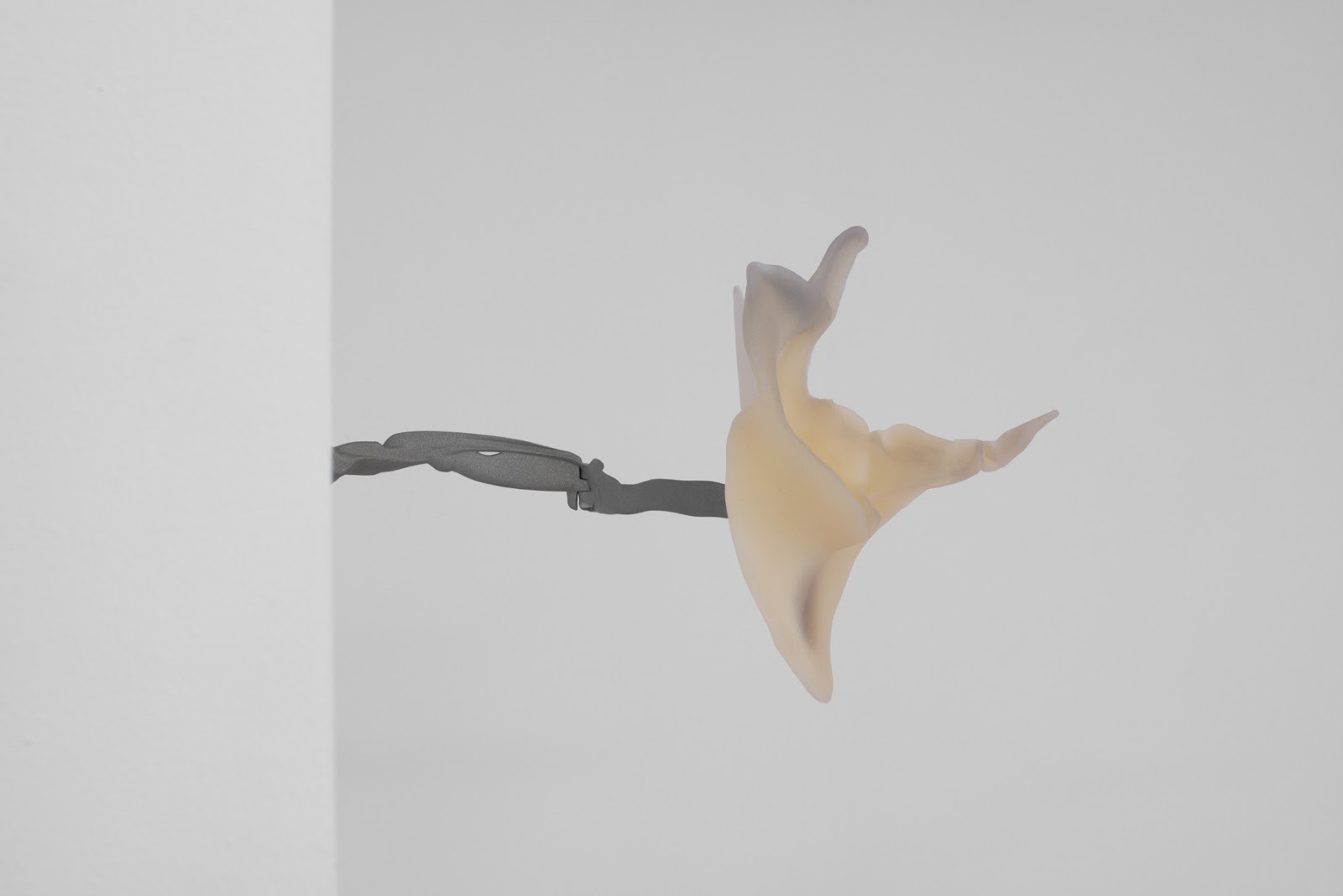 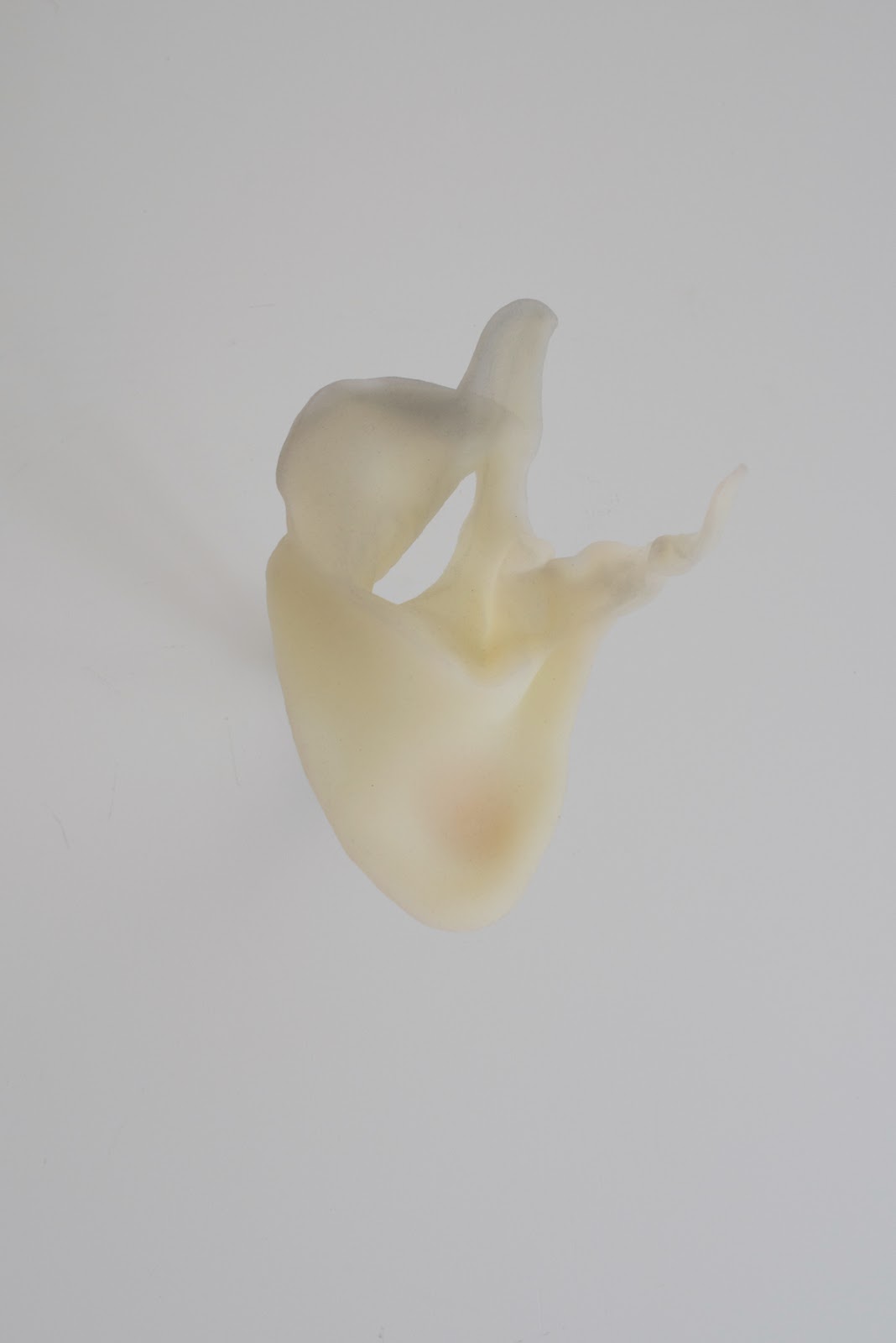 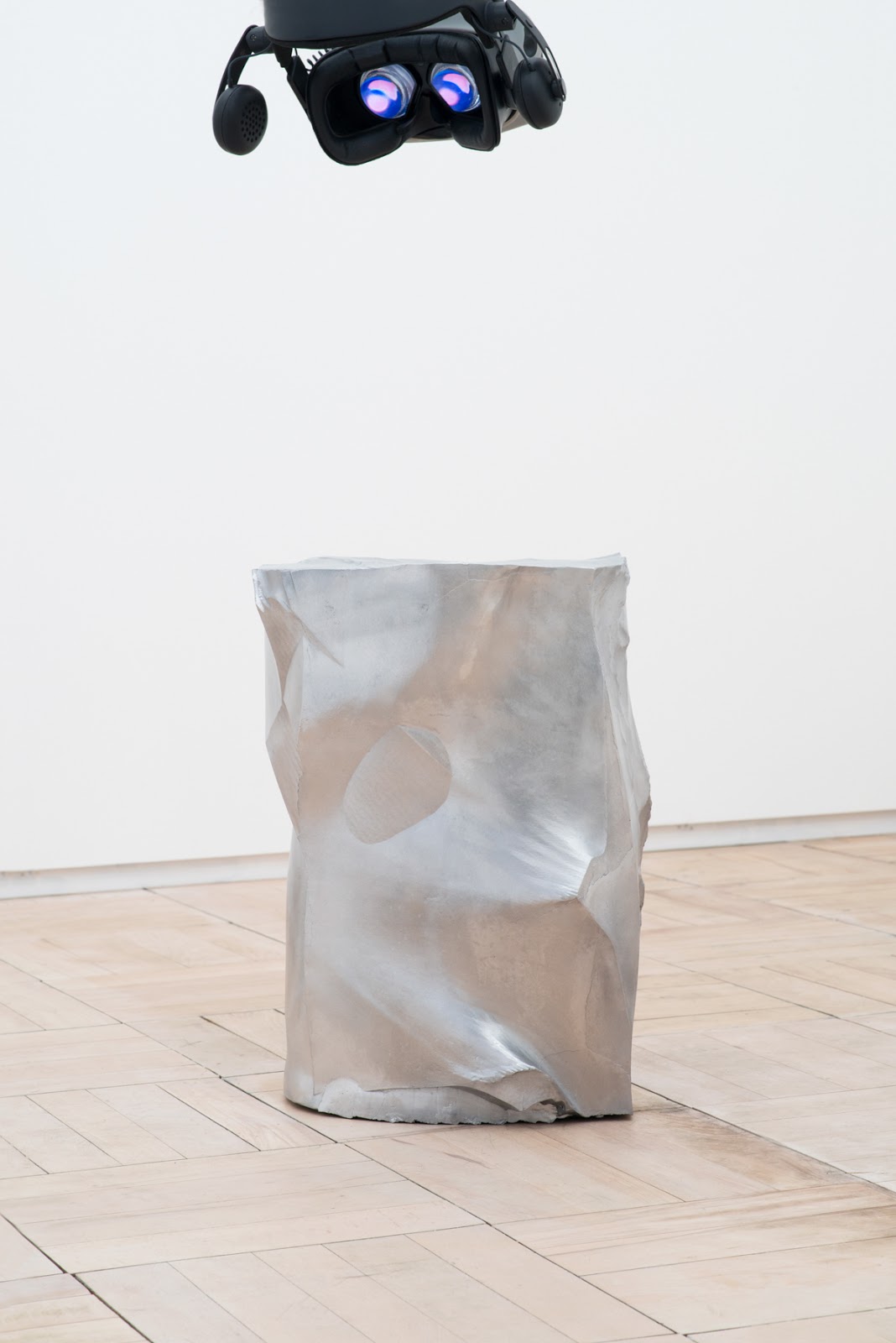 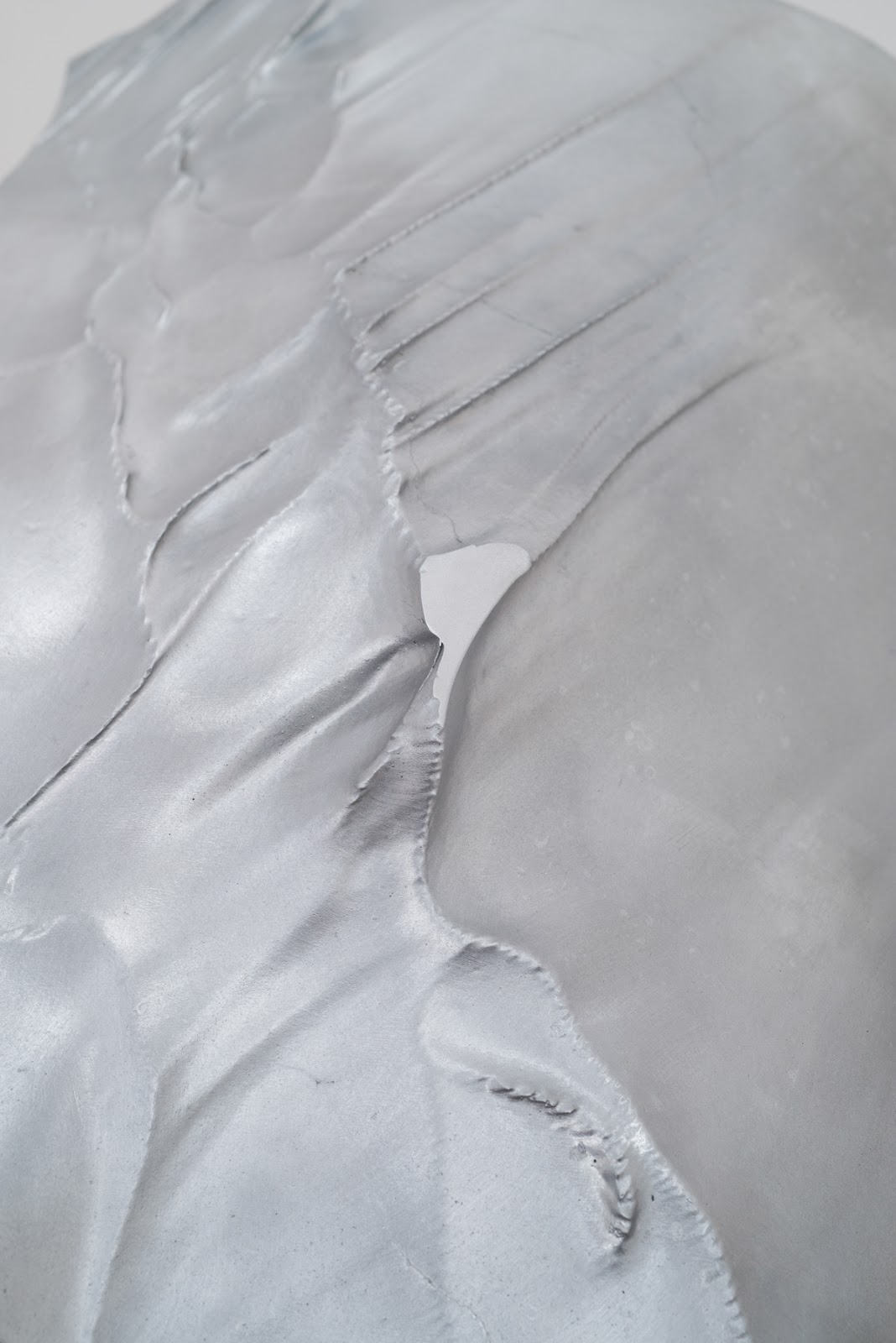 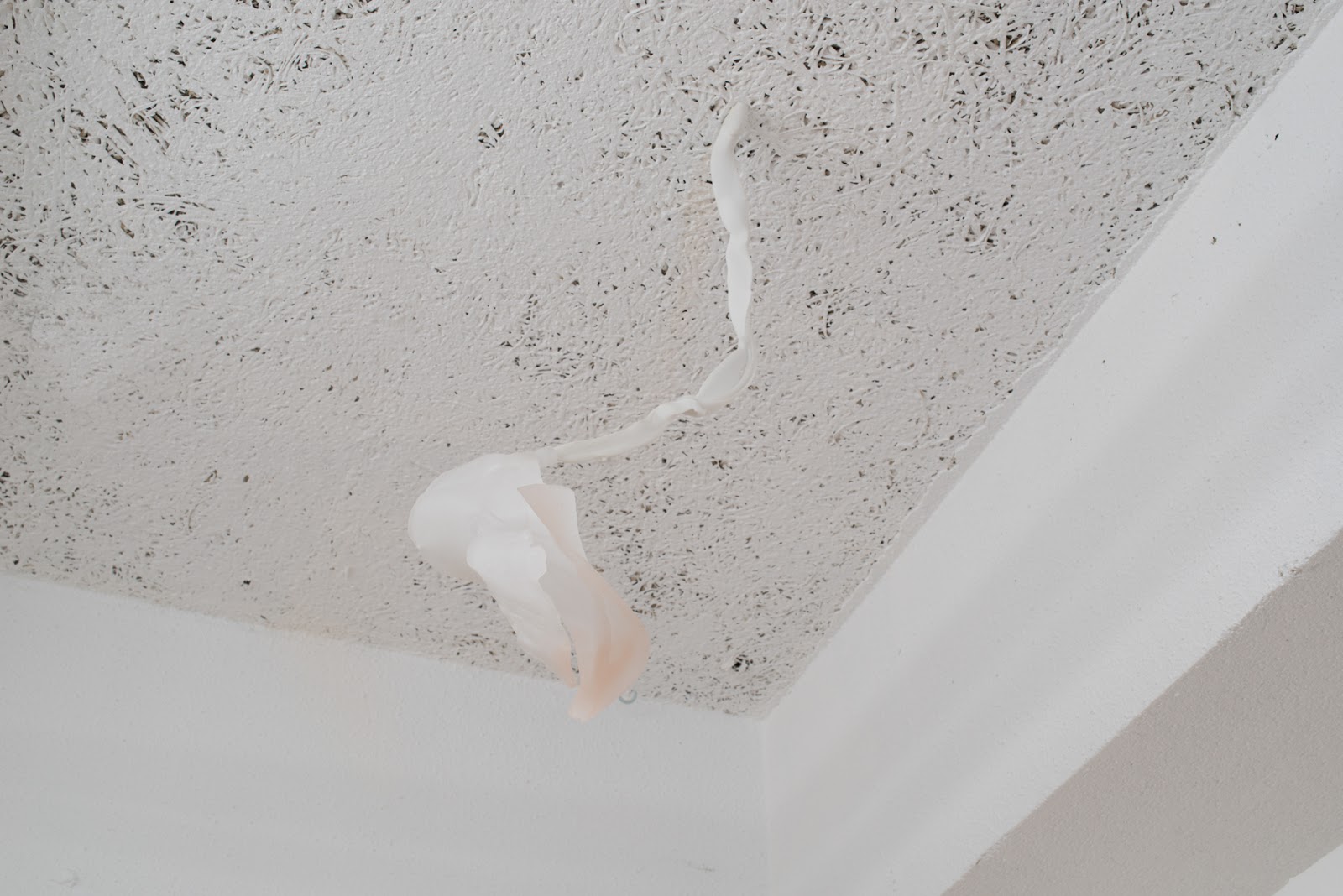 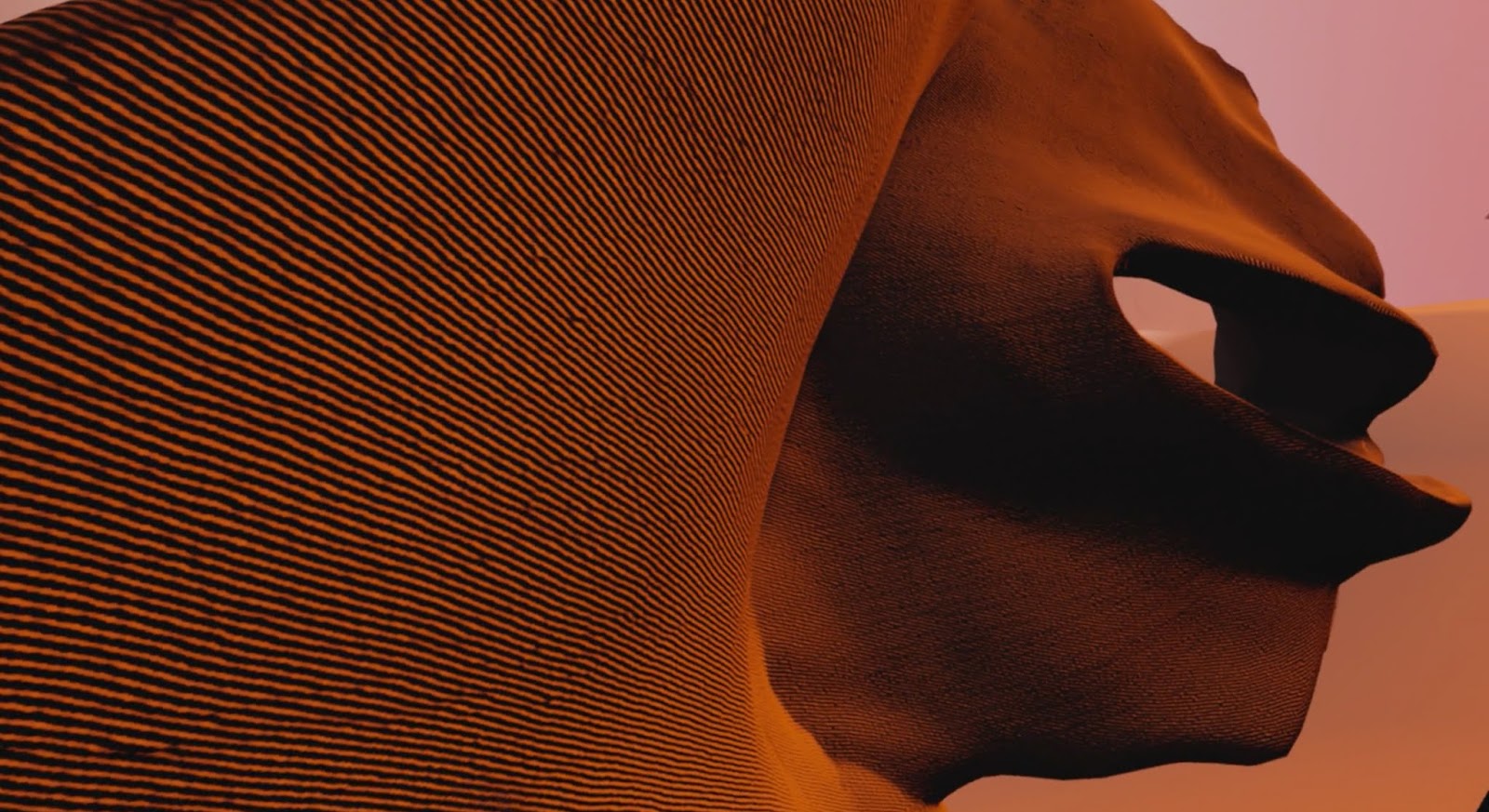 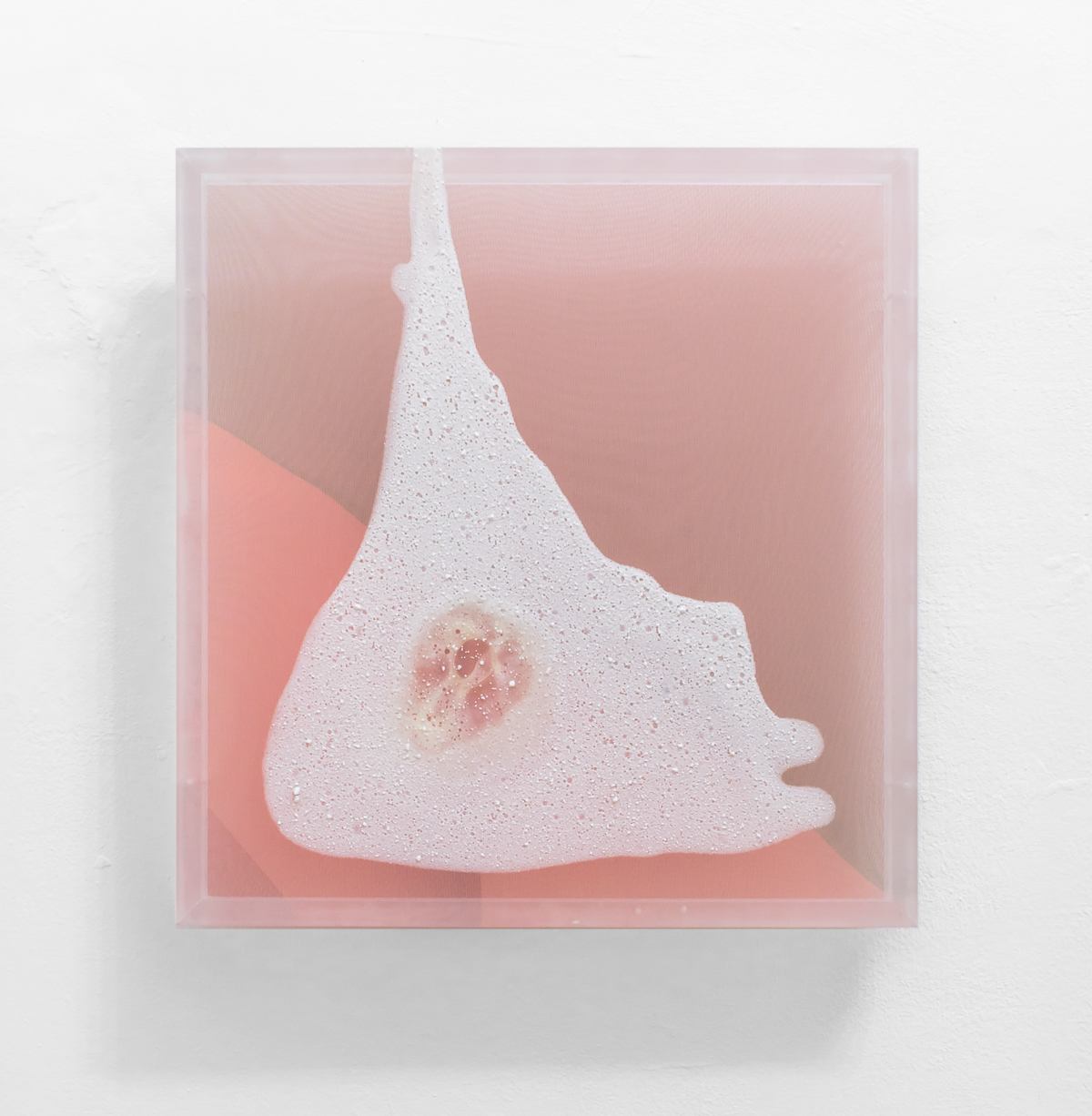 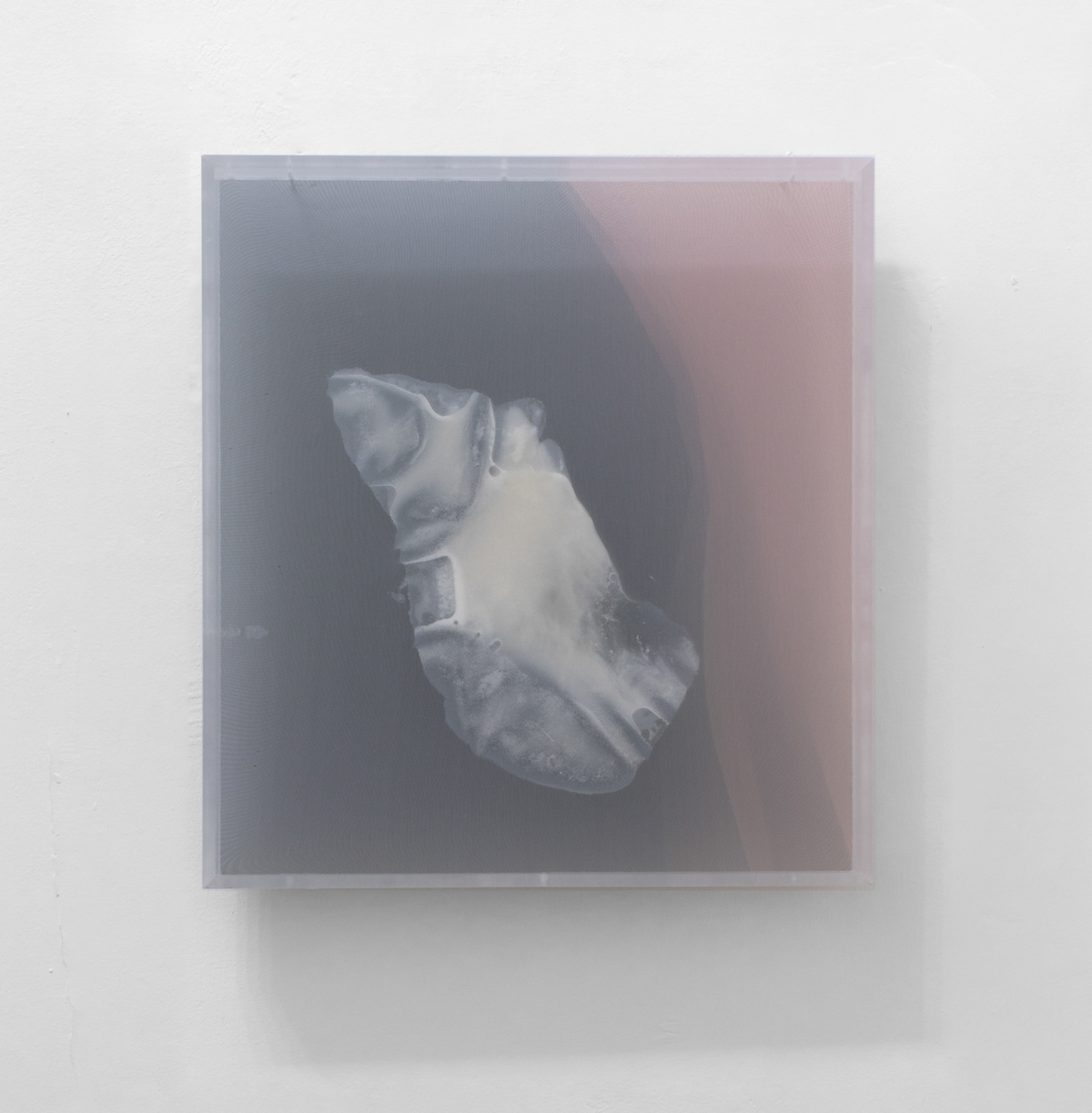 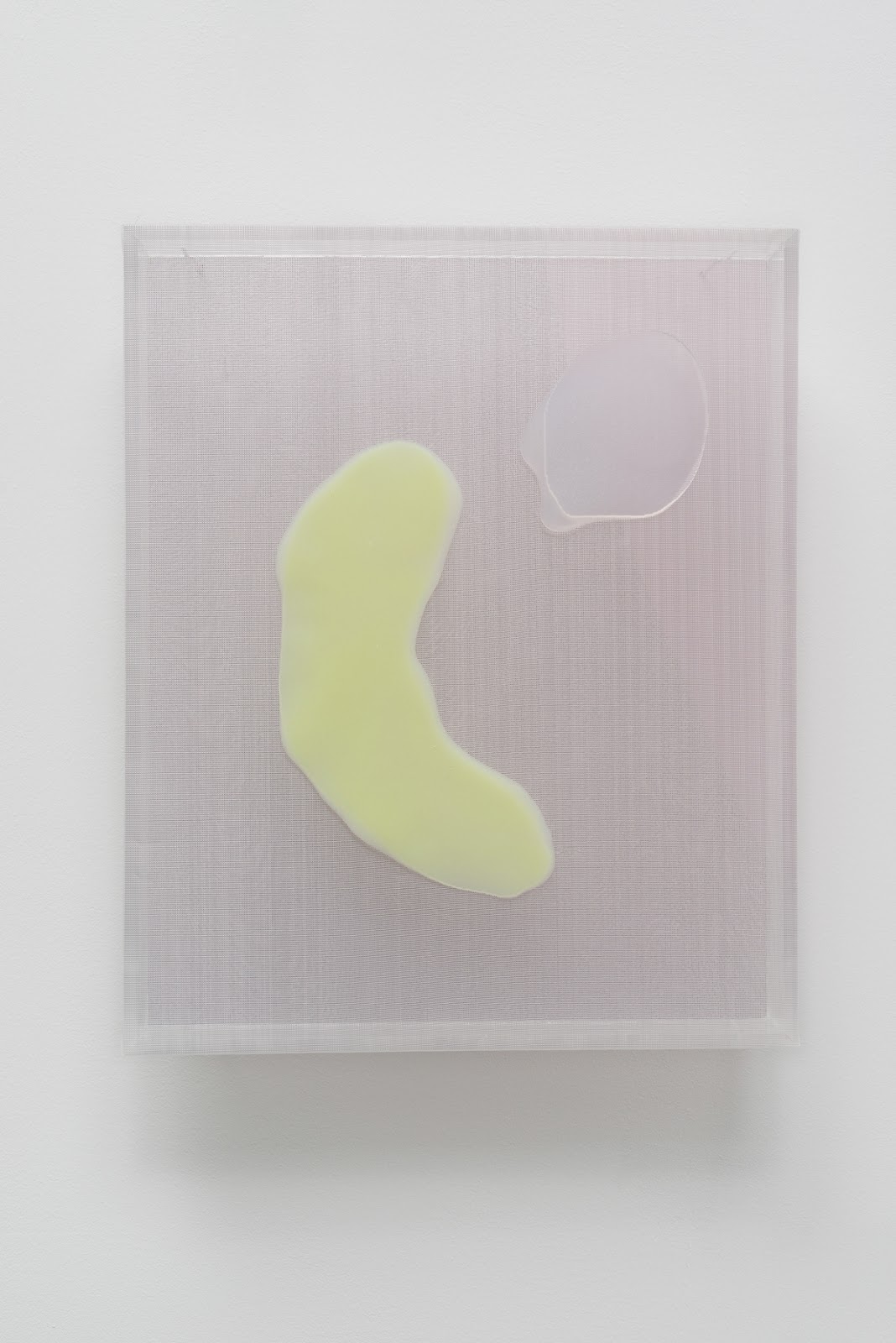 There is apparently a neologism known as “Yesternow” that is used as an intermediate between “Yesterday” and “Now.” The music magazine ele-king vol.22 through which I became acquainted with this term, while referencing Jacques Derrida’s Specters of Marx, had stated, “Presence is not merely made by the present, but instead indicates how the disappearance of past ideals manifest in the form of specters.” Further to this, the article continued to articulate, “Music that is currently being produced is haunted by the vanishing future which had been envisioned in the past (...) it has become impossible to create new memories, giving rise to a present that is detached not only from the past and the future, but also from the very present itself.” More than simply describing the present circumstances surrounding music, this article could also be interpreted as a direct critique on the art of recent years that has been subject to mass-produced “Zombie Formalism.”

As the evaluation towards Postwar Japanese art such as Gutai and Mono-ha rapidly increased within the global art market since around 2010, artworks of the present seem more so intent in exploring ways to form connections with the exploits of such pioneers. However, is this not testimony to the fact we are indeed living in the Yesternow, or a “detached present” in the sense of being prisoner to a “present that is illuminated by the past?” Not only limited to the contexts of “Gutai” and “Mono-ha,” but are we not fully aware that human perception and the ways of the world that postmodern avant-garde had attempted to deconstruct, have in fact signi cantly changed since then? One cannot think that the future envisioned in the times of “Gutai/Mono-ha” was an advanced digital society as like the one in which we are living now.

Wolfgang Tillmans suggest how contemporary perceptual experiences are composed of fragmented layers, while Richard Prince’s “New Portrait” series which capture portrait images posted on social networking platforms is also fresh in one’s memory as reflecting the epoch of the post internet era. What these works indicate is the very reality of our times in which we open multiple tabs on our digital devices, perceiving the world through forming rhizomatic connections between the internet realm and local information.

Certainly, this post internet phase is gradually changing the subject of its theme. Although this could be referred to as “Post Human 2.0,” one does not mean to say that it is a time-spaced sequel to the Post Human exhibitions organized by Jeffrey Deitch in New York in 1992. Rather, it is perhaps characterized by an attitude that serves to prepare for the urgent and impending future. For example, IoT will no doubt evolve dramatically with 5G (the 5th generation mobile communication system) that is said to be implemented in as early as several years time, thus making it even more difficult for our lives to escape from this network. On a much general scale, recent upheavals concerning the global environment, politics, economy, and finance such as that of singularity and “the new age of space travel,” is but a mere preface to a turning point in human history. It is thus necessary for us to recognize that the present is the eve of such times.
In this respect, recent years has seen an increase in artists and curatorial approaches within Europe and throughout the world, that are not caught up by the “present illuminated by the past” but instead seeks to explore a “present illuminated by the future” as articulated in the philosophies and concepts of “Post Human 2.0.” Ittah Yoda are an artist duo that represent such tendencies, who have been invited to take part in over 20 group exhibitions between 2016 and 2018 alone.
at being said, the factor that enables Ittah Yoda to fit into this “Post Human 2.0” phase is not limited to the neo-futuristic image of their work. One must pay close attention to the concepts that are deeply inherent within their practice, as well as their very signi cance as an artist duo.

First of all, let us look at the paintings of Ittah Yoda, each permeating with a unique aura, which they have continued to produce since 2015 when commencing their practice as a duo. Things including silkscreen, silicone, and ink that changes color in response to ultraviolet rays are pasted onto translucent materials such as sports mesh, giving form to various multilayered images born forth through these delicate matière. It is interesting in the sense that they appear to model common interests like quantum physics in which unexpected energy that is yet to manifest as physical phenomena is materialized as imagery through colliding with the screen of reality, as well as the very notions of Speculative Realism / Object-Oriented Ontology.

At this point I would like to mention a particular case of synchronicity. In April 2017, a symposium on the topic of Speculative Realism / Object-Oriented Ontology was held at the Institut français du Japon, where the phrase “The Objective Reality of Perspectives*” was mentioned amidst discussions between the panelists Elie During (philosopher) + Takashi Shimizu (philosopher) + Yuusuke Karasawa (architect). It was around this time that Ittah Yoda had begun to engage in the production of sculptures using 3D printers, while placing further importance on “realms that exist beyond and outside a singular, fixed perspective.” Such practice had thereafter evolved into the VR works that are presented for the first time in this exhibition.

One will take the opportunity to elaborate on the VR and sculpture works exhibited on this occasion. First of all, viewers venture into the world of the work by wearing a pair of VR goggles, freely navigating near 360-degrees through the virtual space through the use of a handheld controller. Eventually, all bodily sensations evaporate, leaving people to embrace the feeling of only their consciousness drifting. The fragments of the polygons encountered within the VR at times resemble parts of the sculptures that are actually installed within the exhibition space. These peculiar flower-like sculptures that depict “forms nonexistent within nature,” after being meticulously scrutinized through the “inner language” of Ittah Yoda as a hyper-individual entity, are made through casting silicone and resin from molds created by a 3D printer. Furthermore, a thermo-sensitive pigment is embedded into the material, enabling the colors of these “peculiar flowers” to change in response to the temperature of the surrounding environment. Stem-like parts – seemingly reminiscent of robotic arms operating in outer space- have been directly 3D printed in a highly solid synthetic fiber known as polyamide. The stool-shaped sculptures which viewers are invited to sit on while experiencing the VR works have also been made through casting 3D printed molds in aluminum. All such sculptures are beautiful in the complicated yet naïve intricacies of their curved surfaces. Unless one walks around them, one cannot speculate what they look like on the other side simply from what is presently visible before one’s eyes. In contemplating whether the actual sculptures and the VR spaces are intertwined and nested within each other, as well as questioning what is real and what is not, a new sense of reality, that is, “The Objective Reality of Perspectives” comes to manifest within the viewer.

*The phrase “The Objective Reality of Perspectives” is in reference to my notes taken during the symposium based on the simultaneous interpretation provided on site.
Tags Ittah Yoda, Lazy exhibitions, Sprout Curation, Tokyo
Newer Post Older Post Home