Away is Another Way of Saying Here 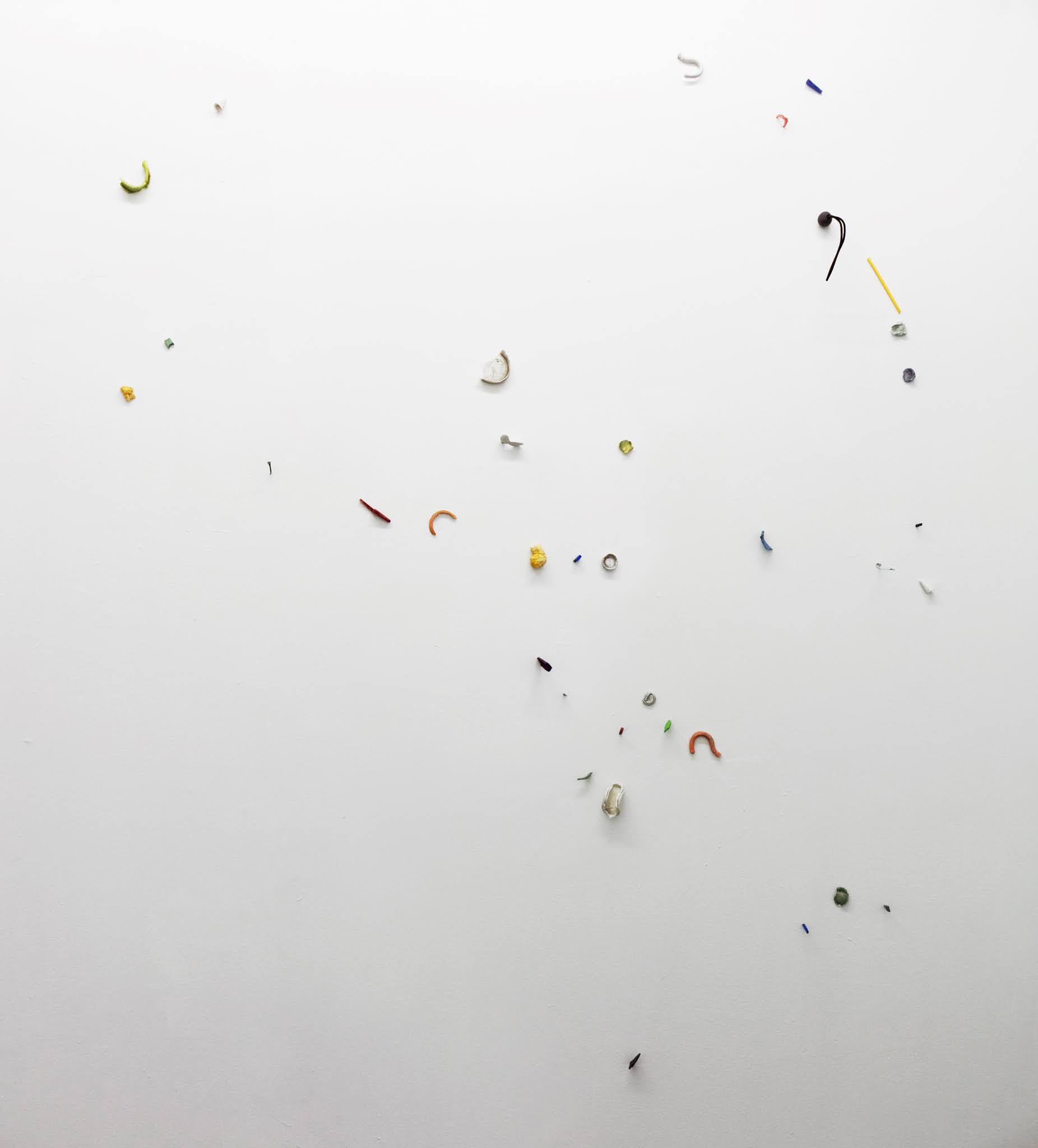 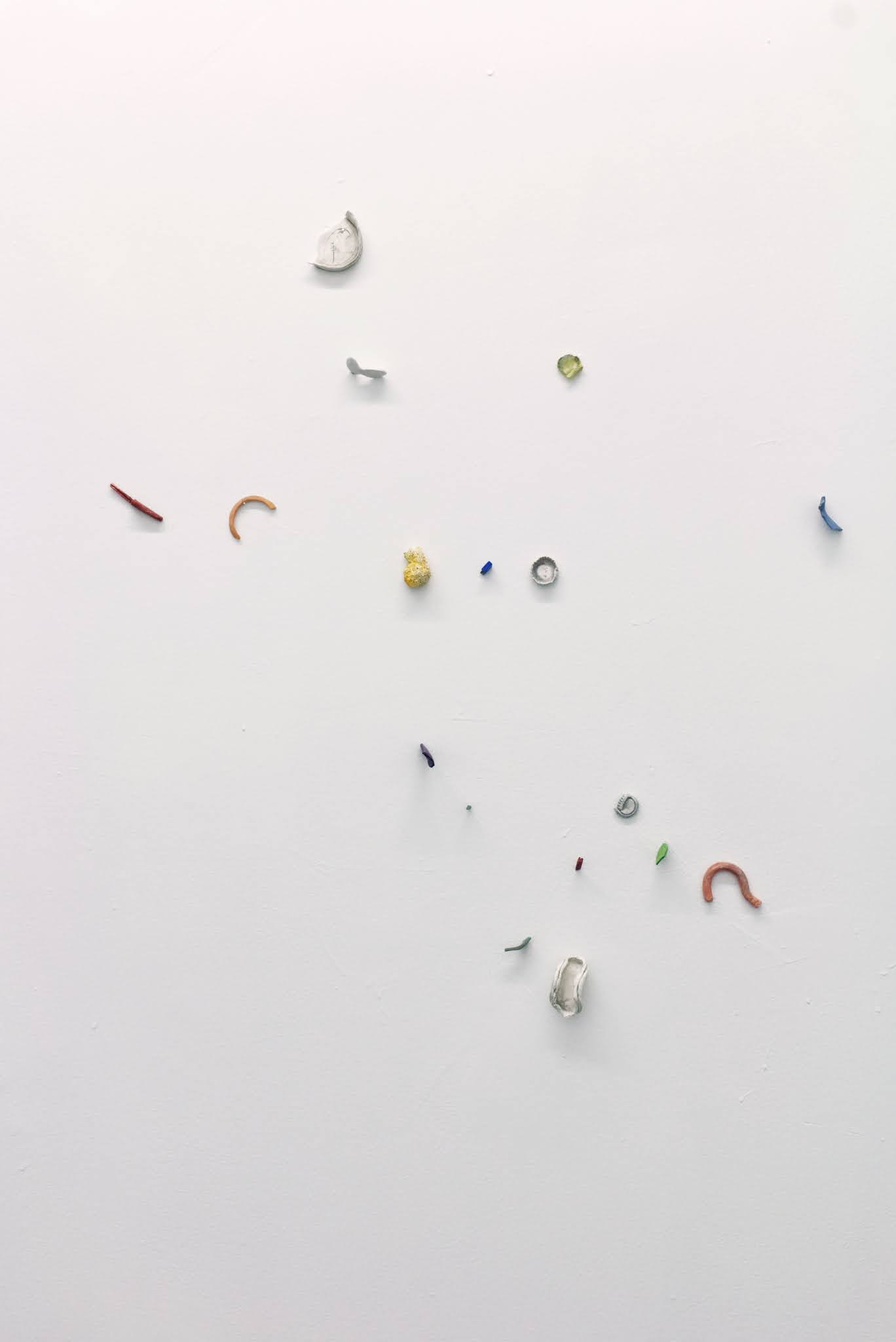 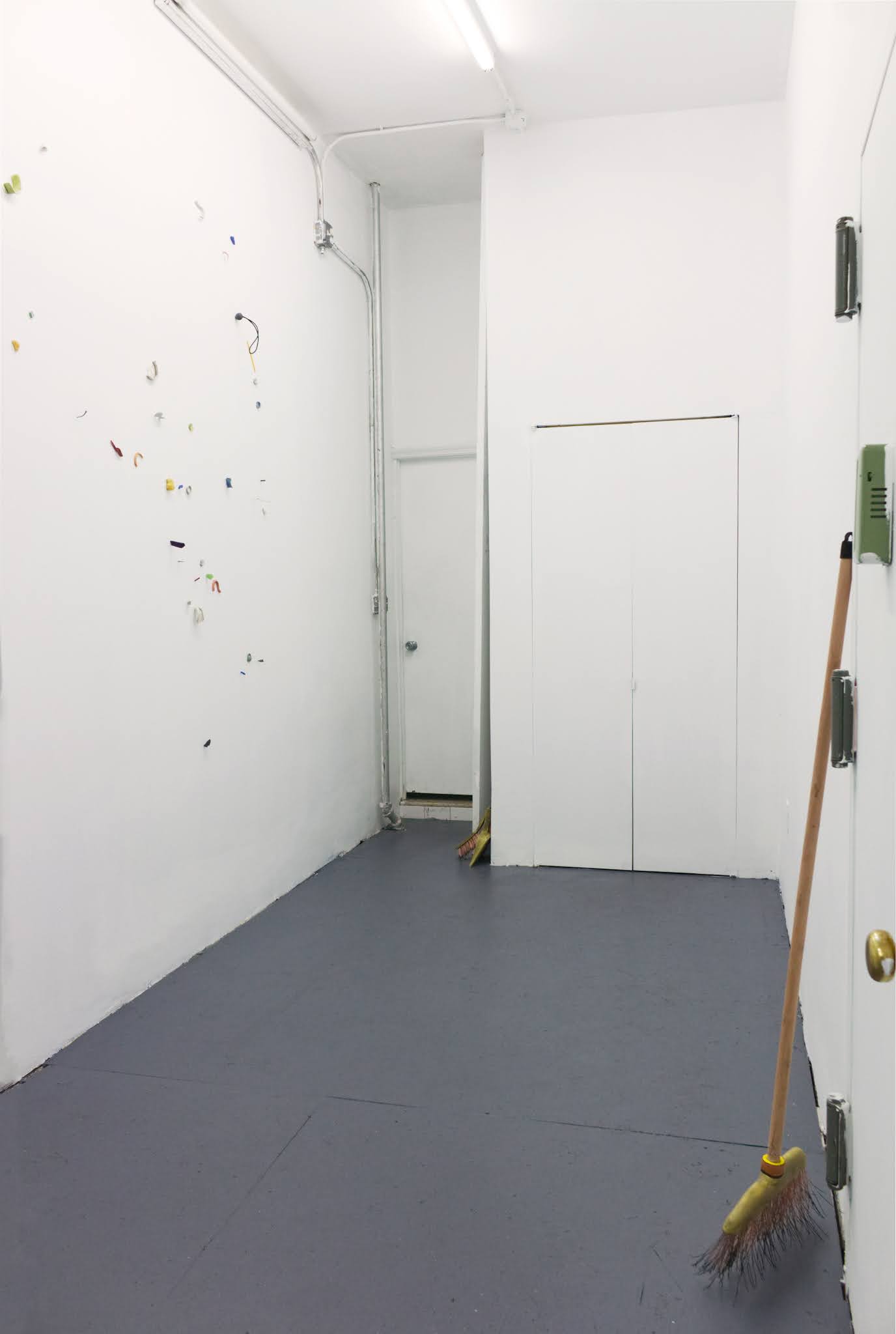 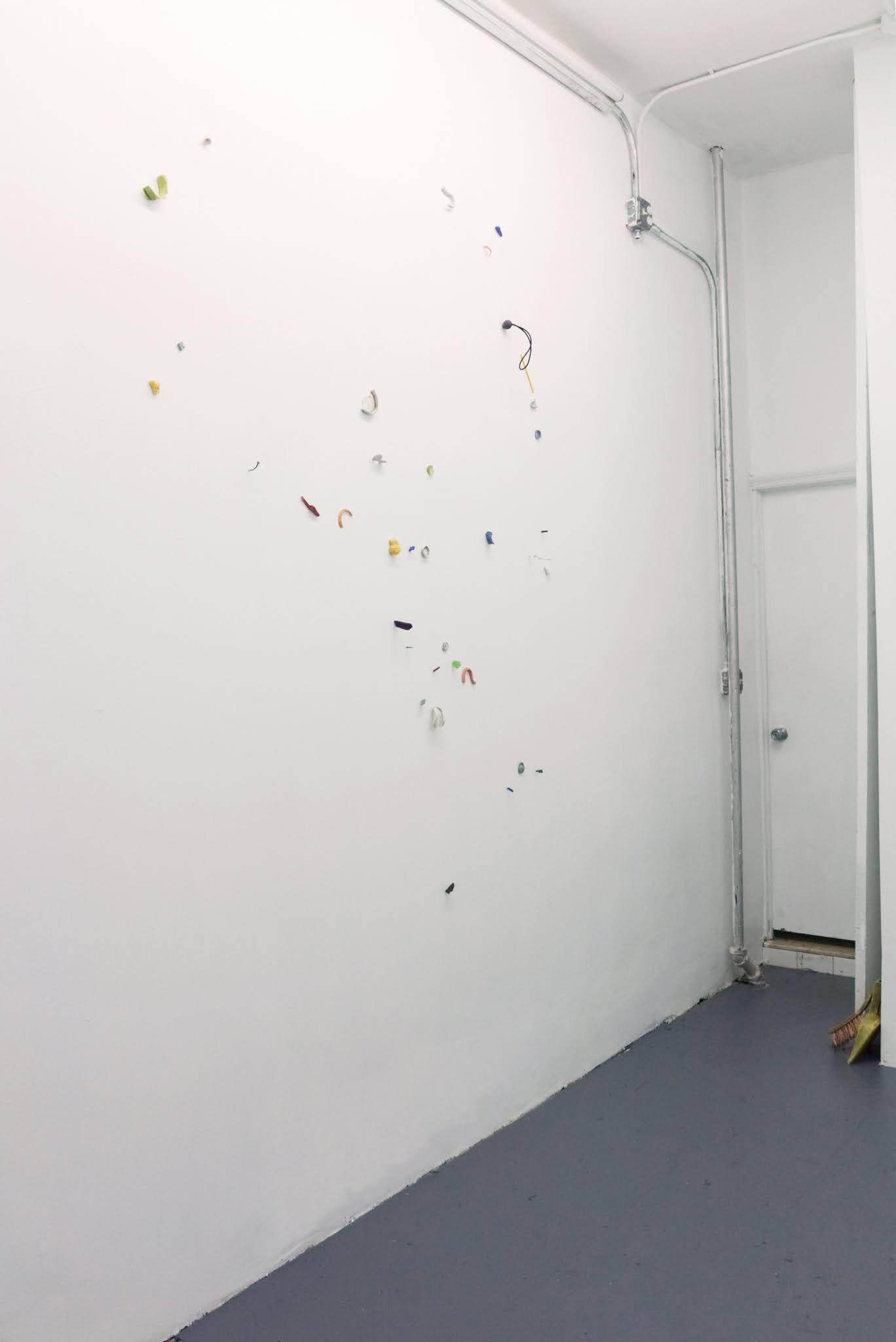 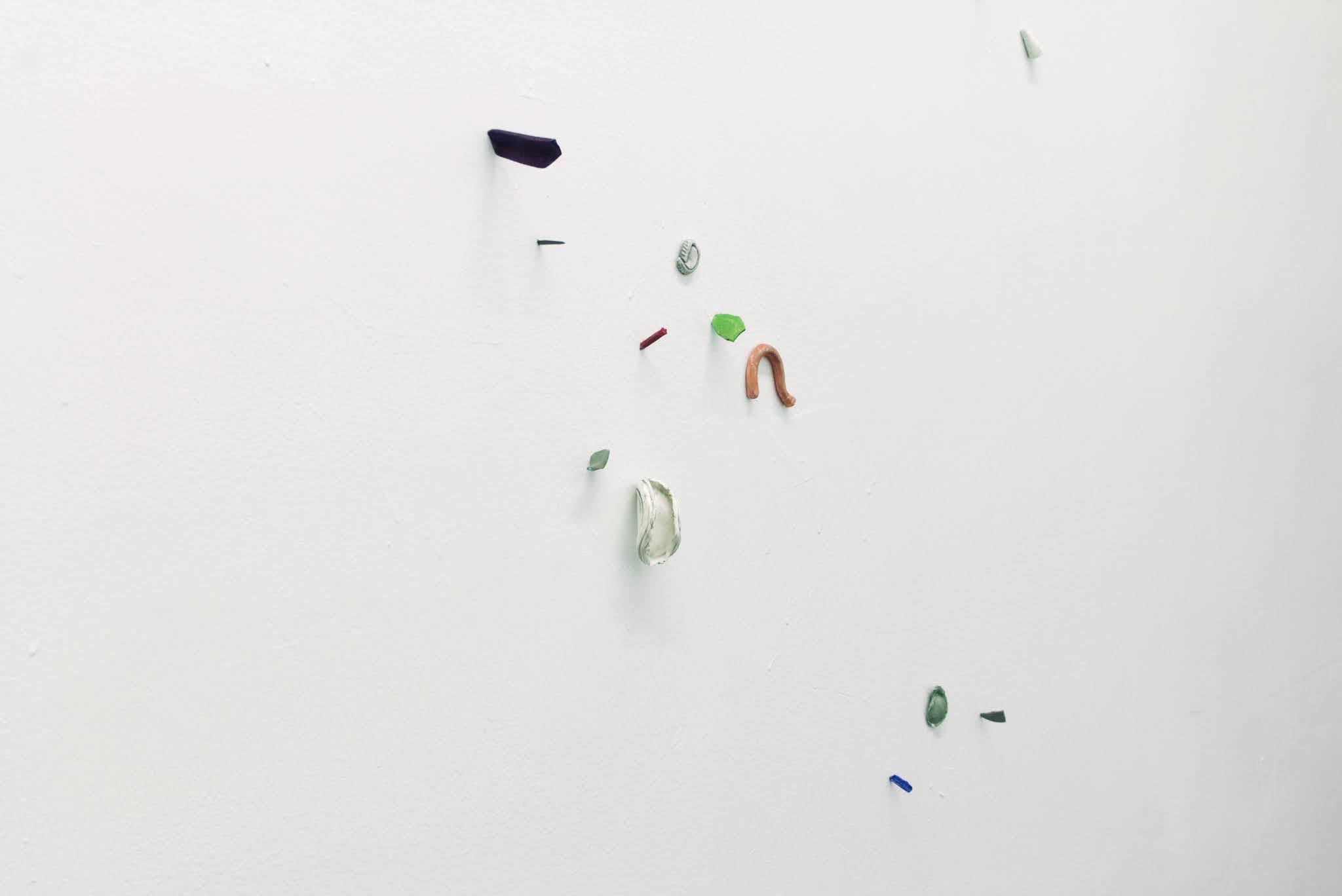 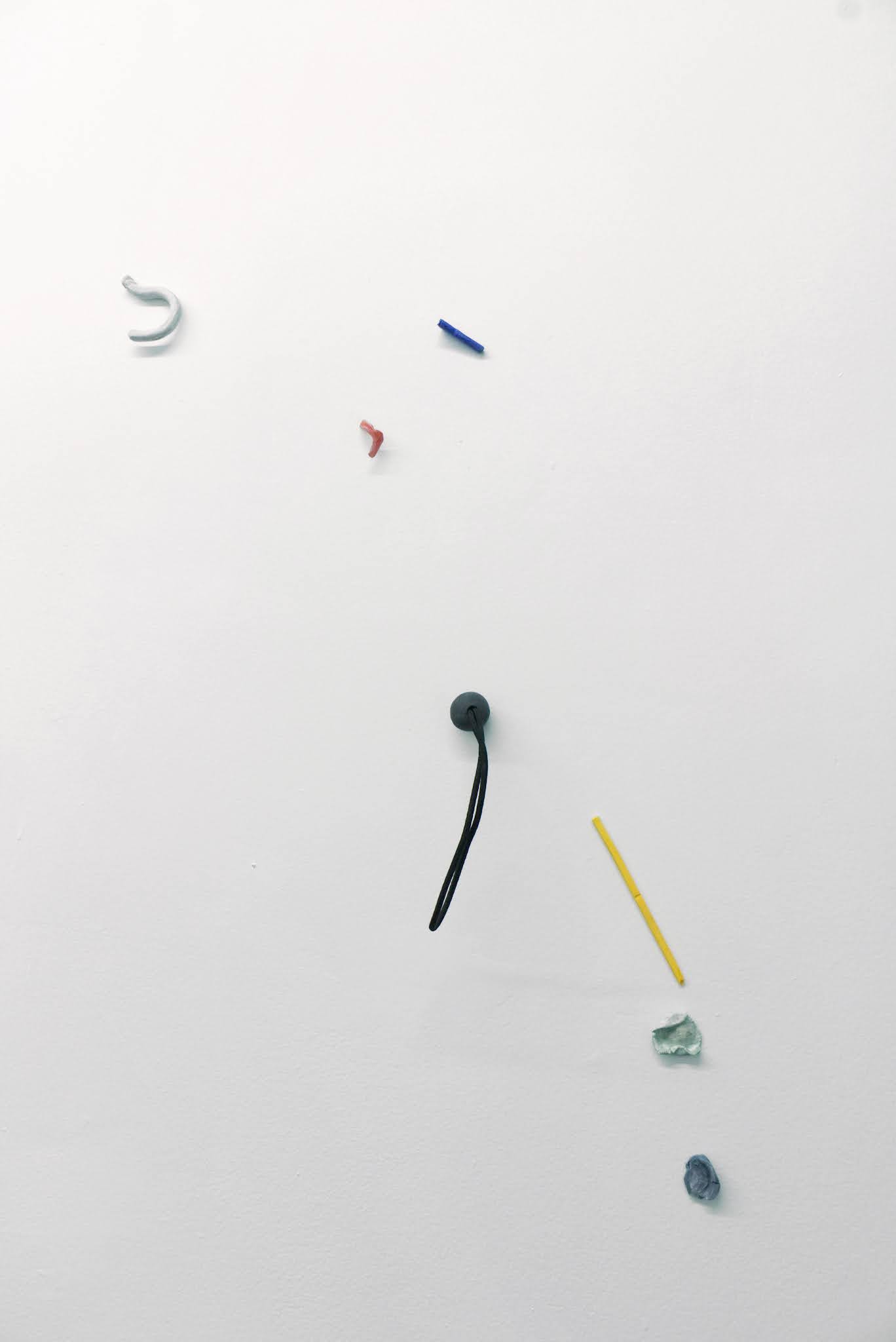 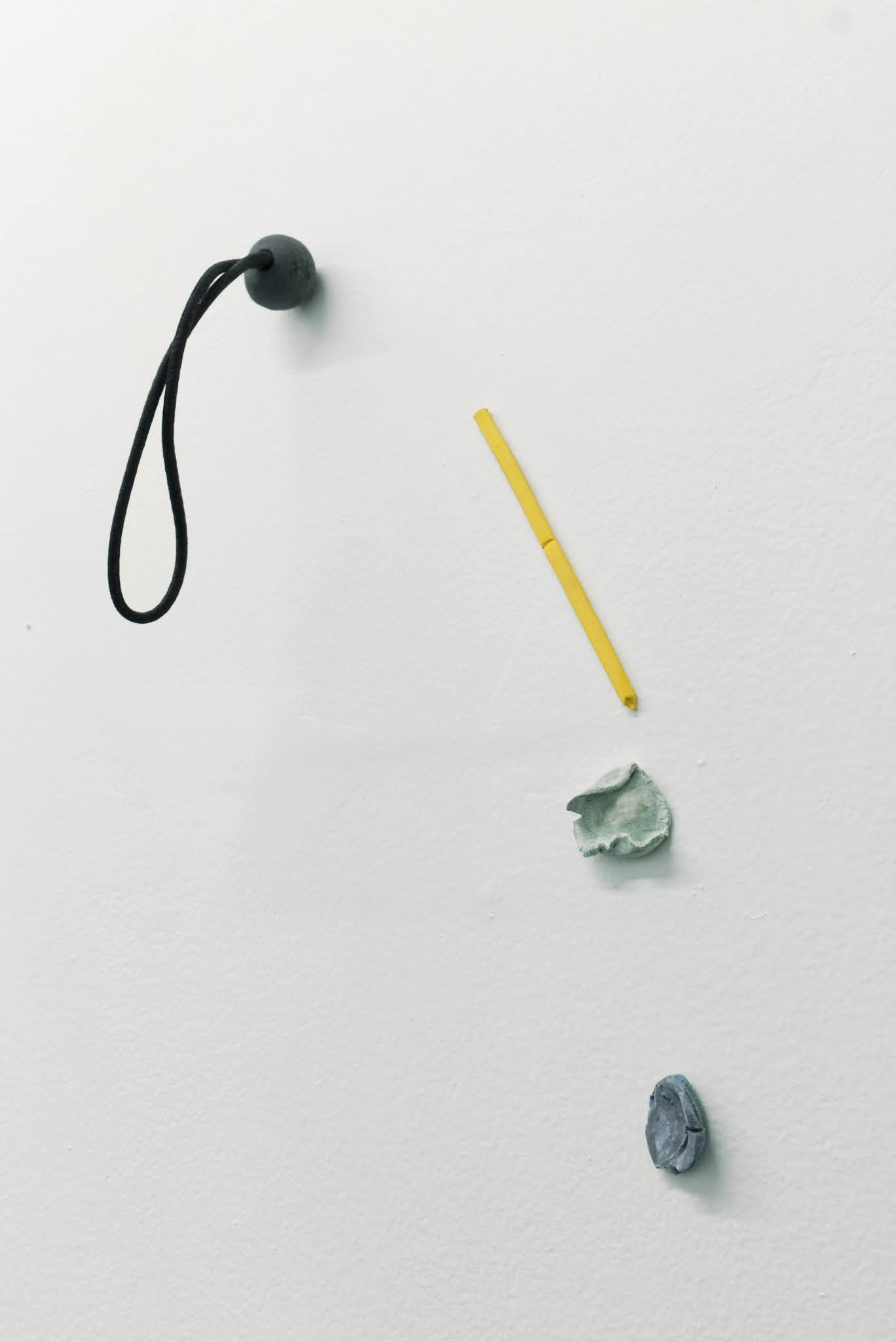 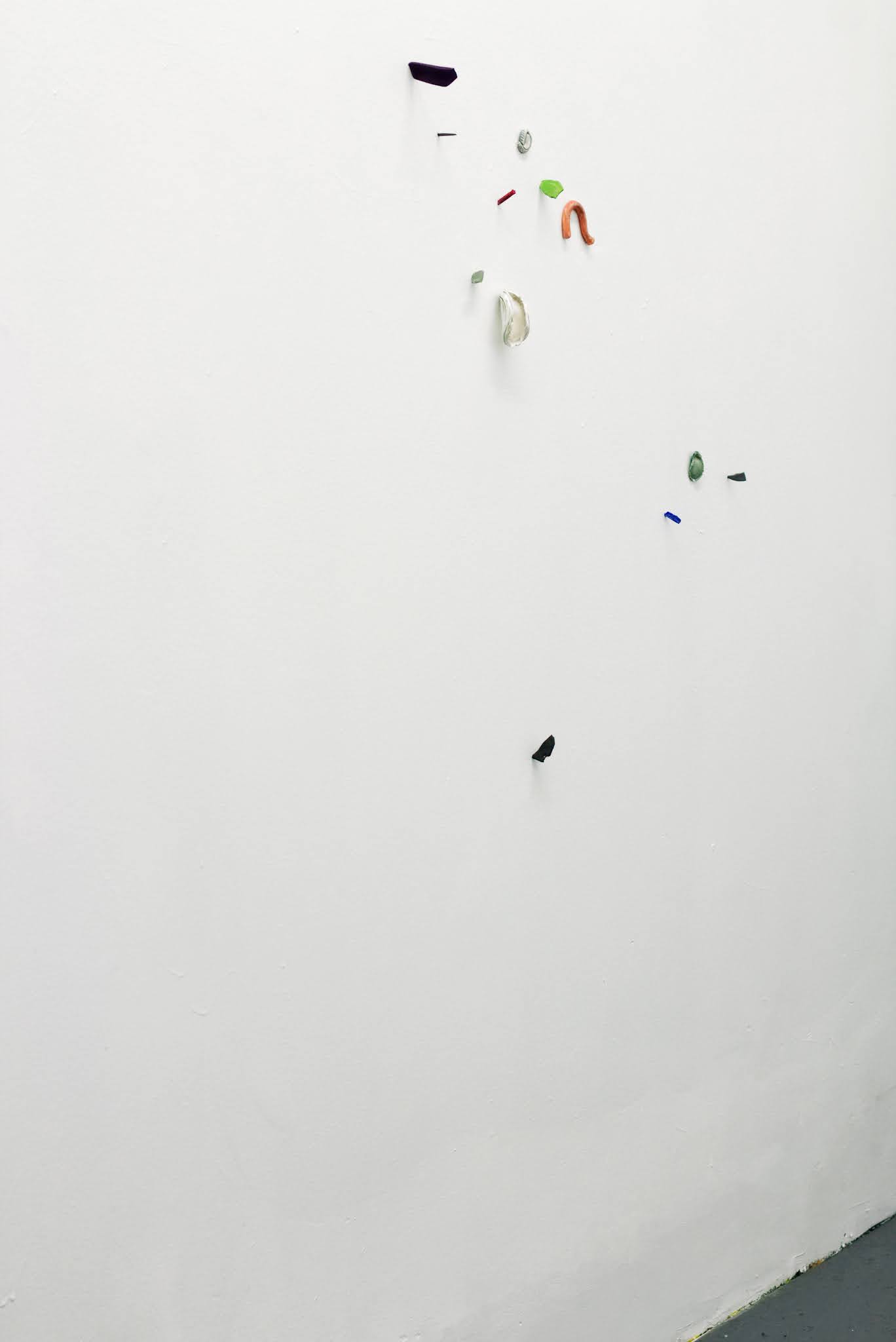 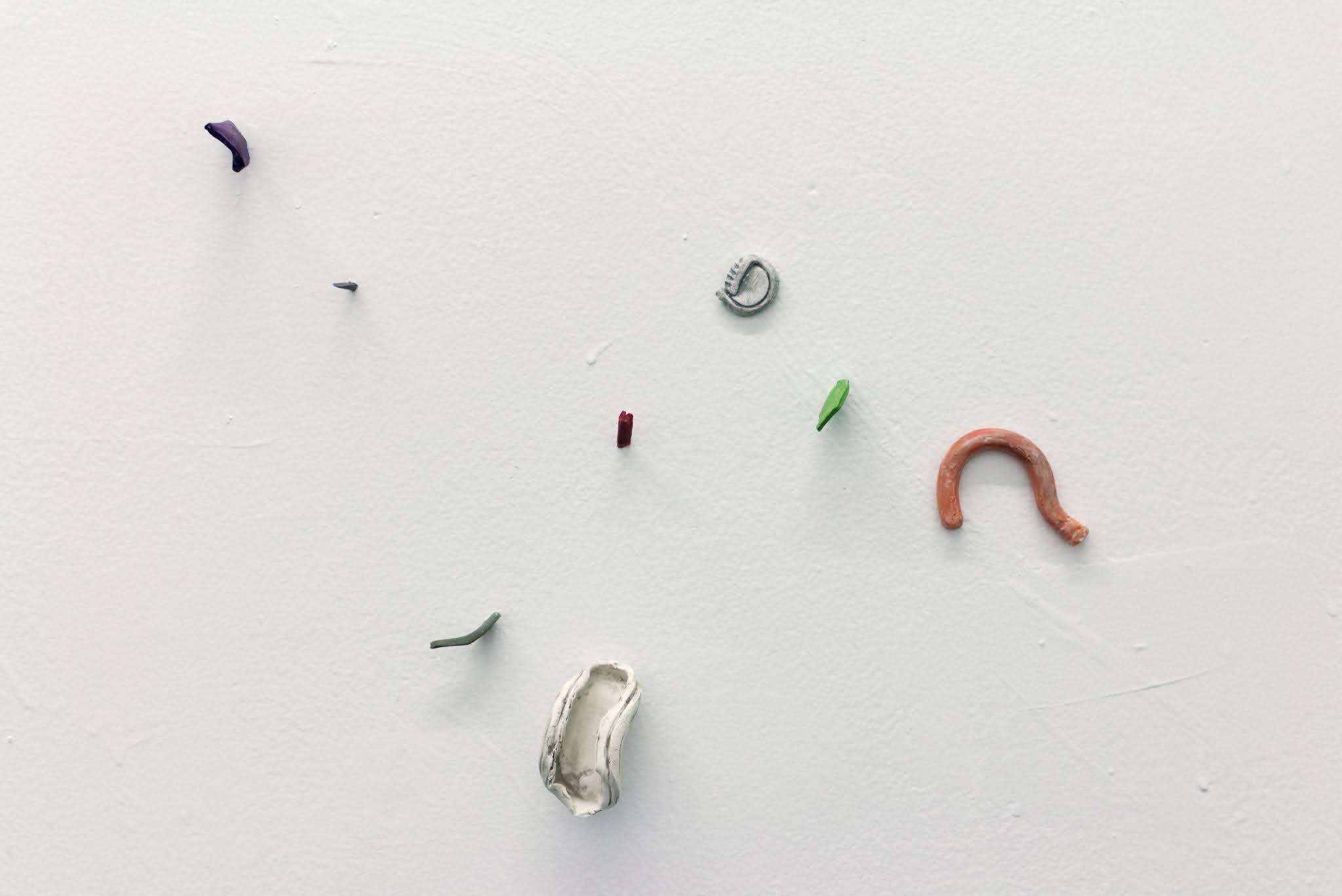 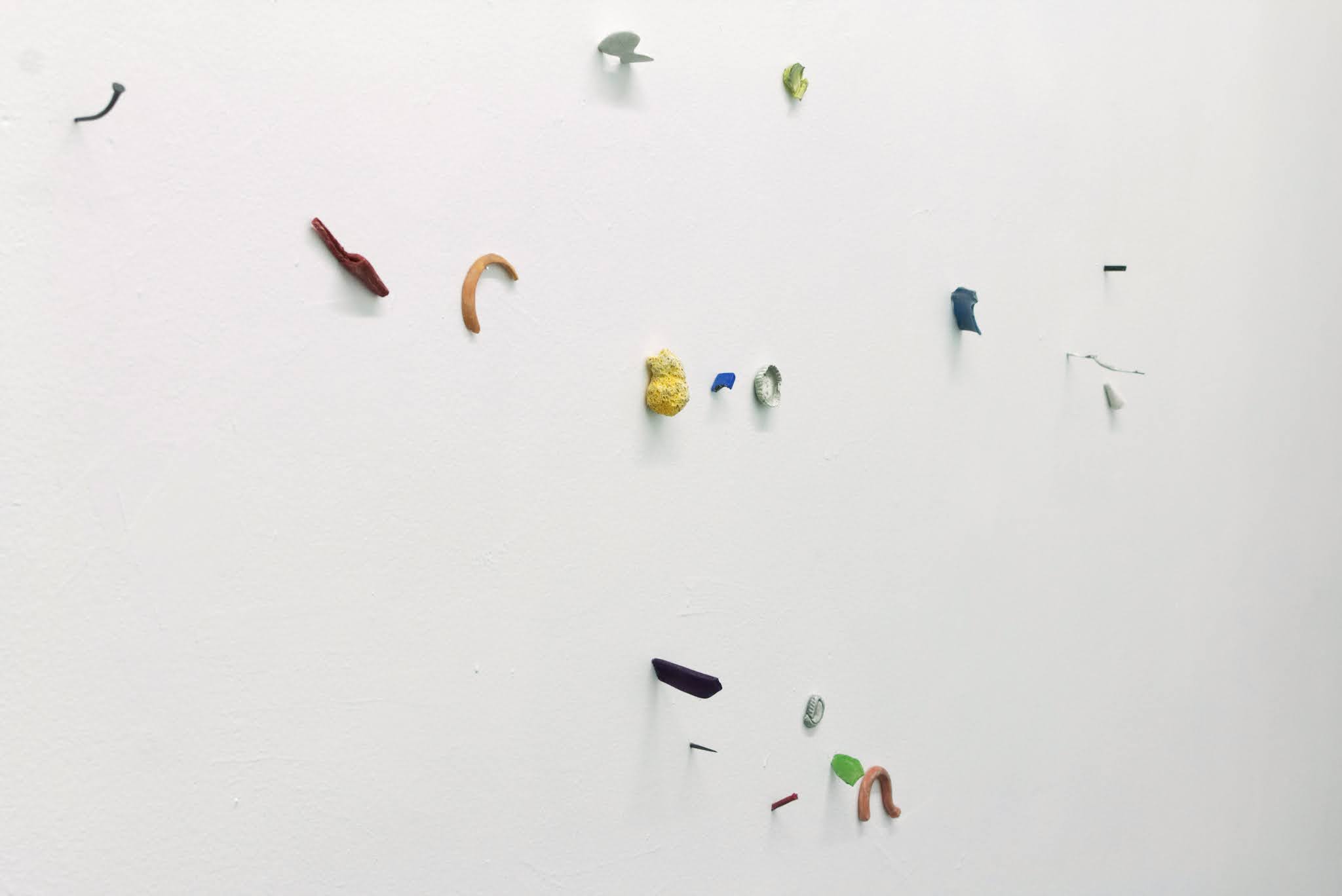 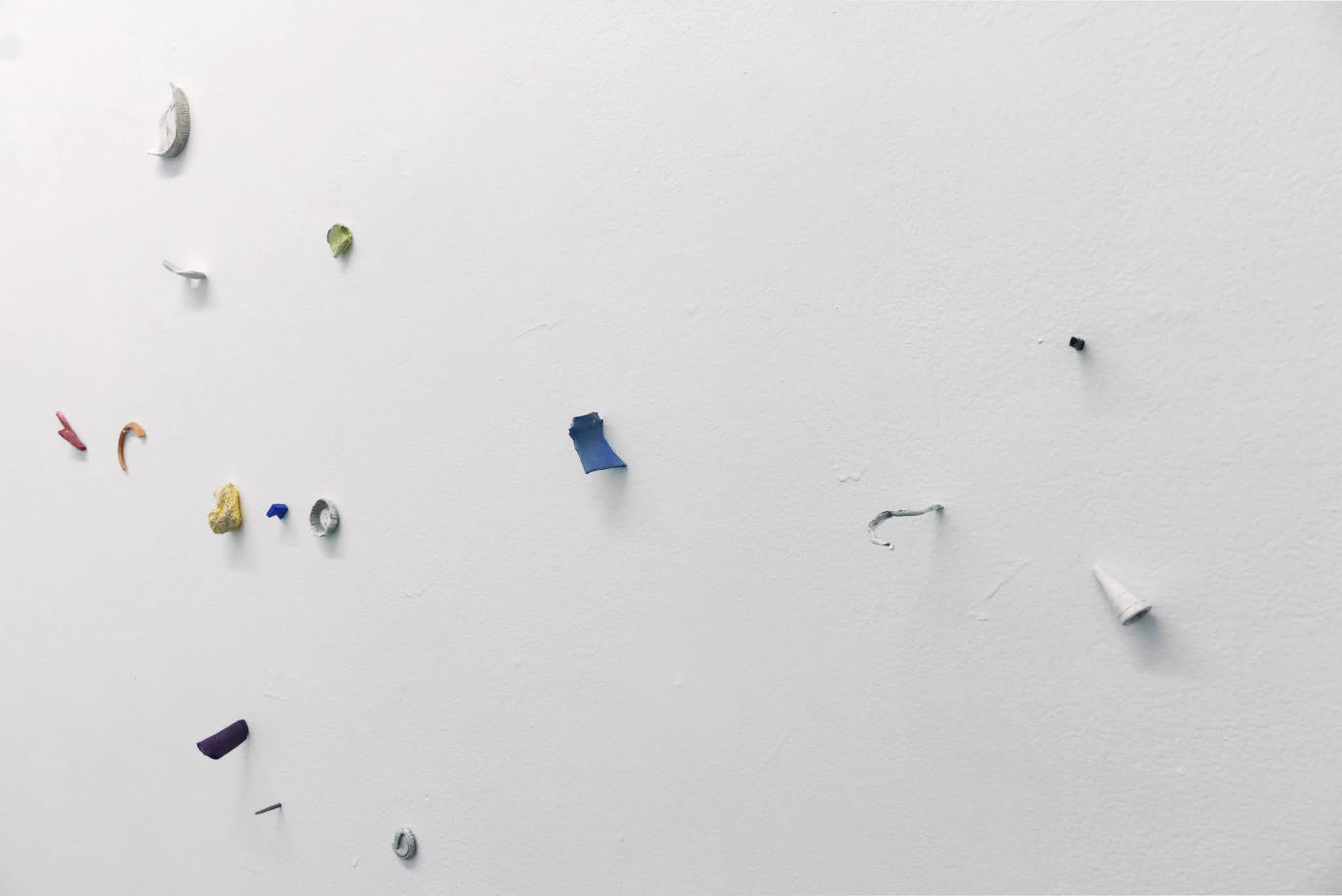 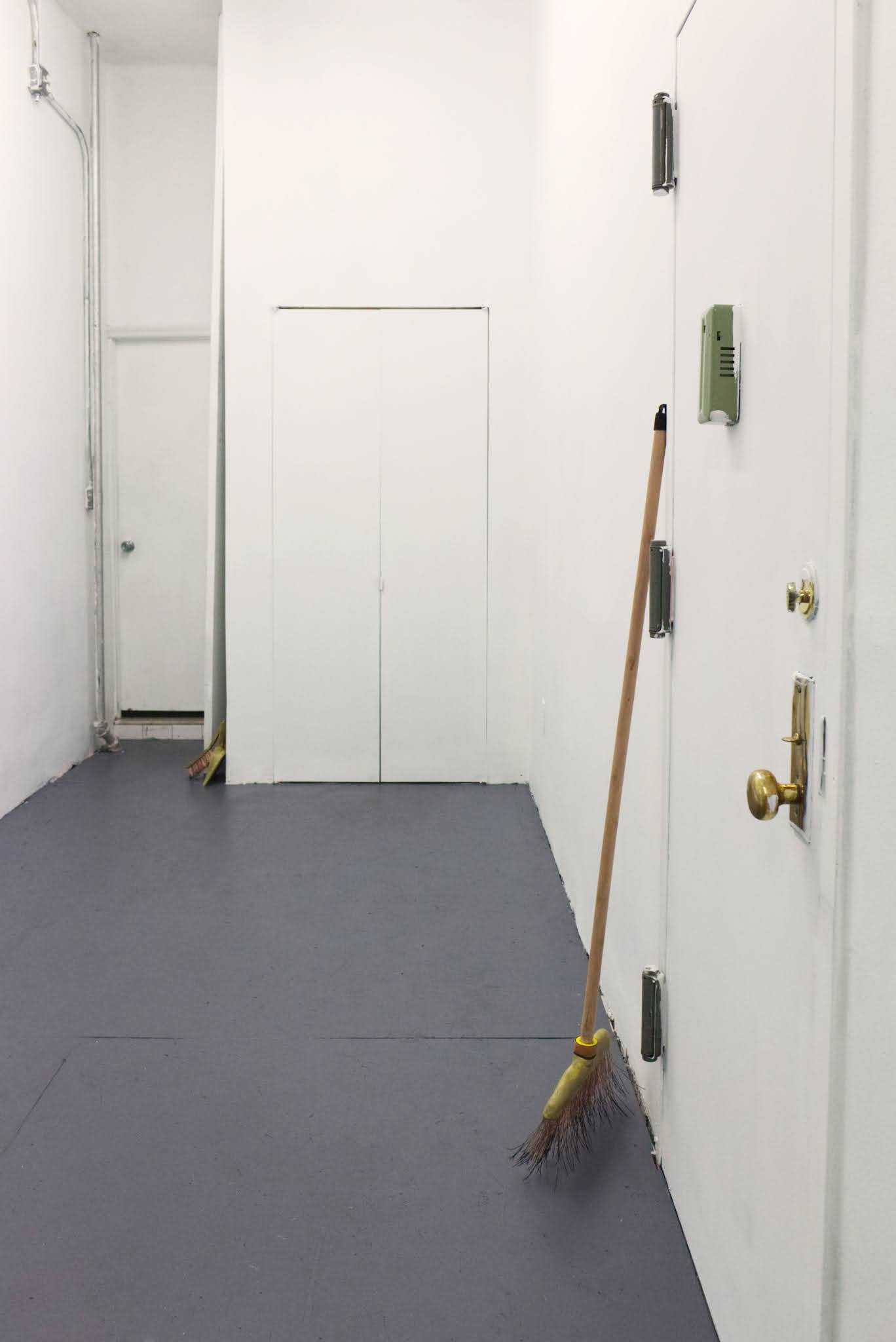 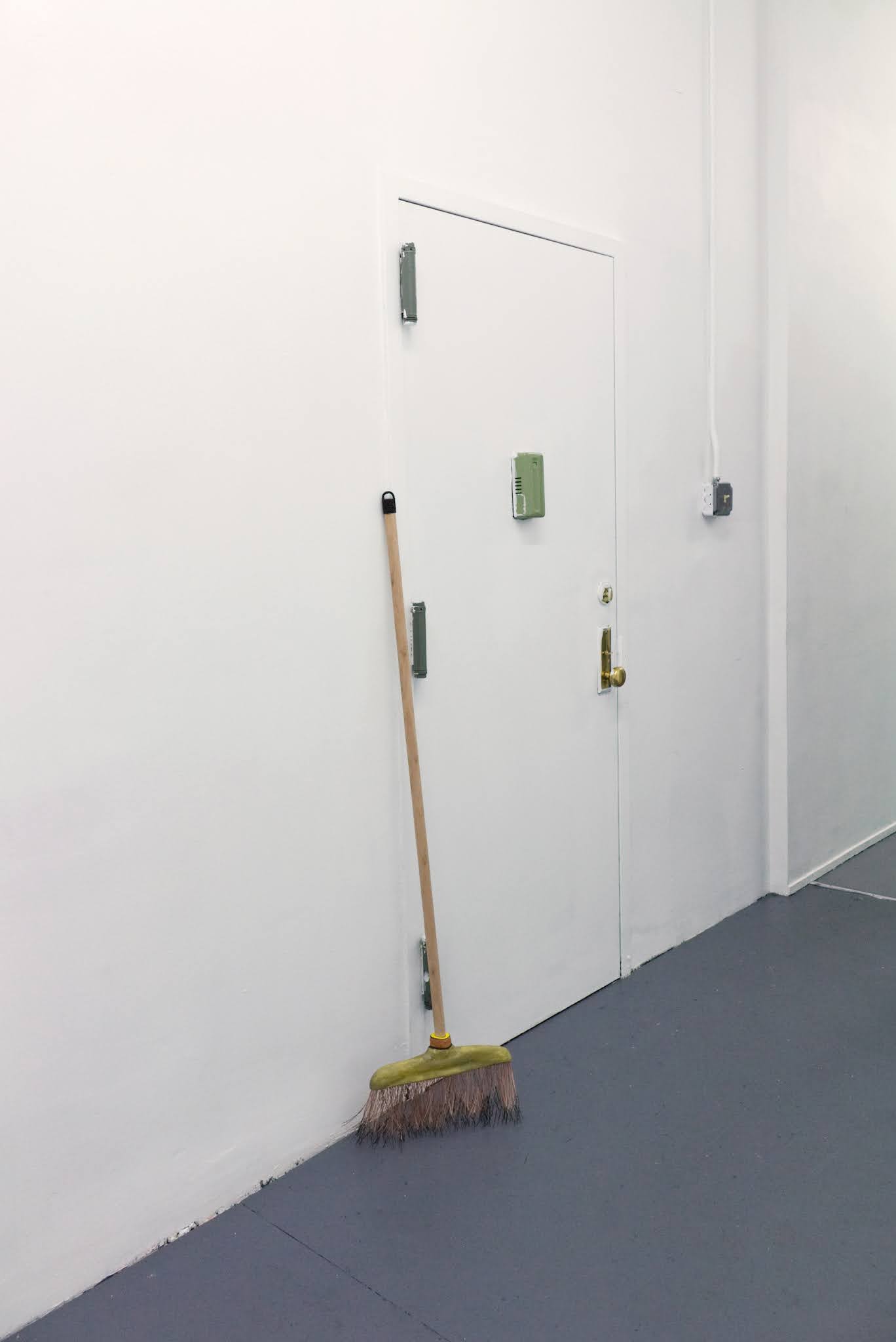 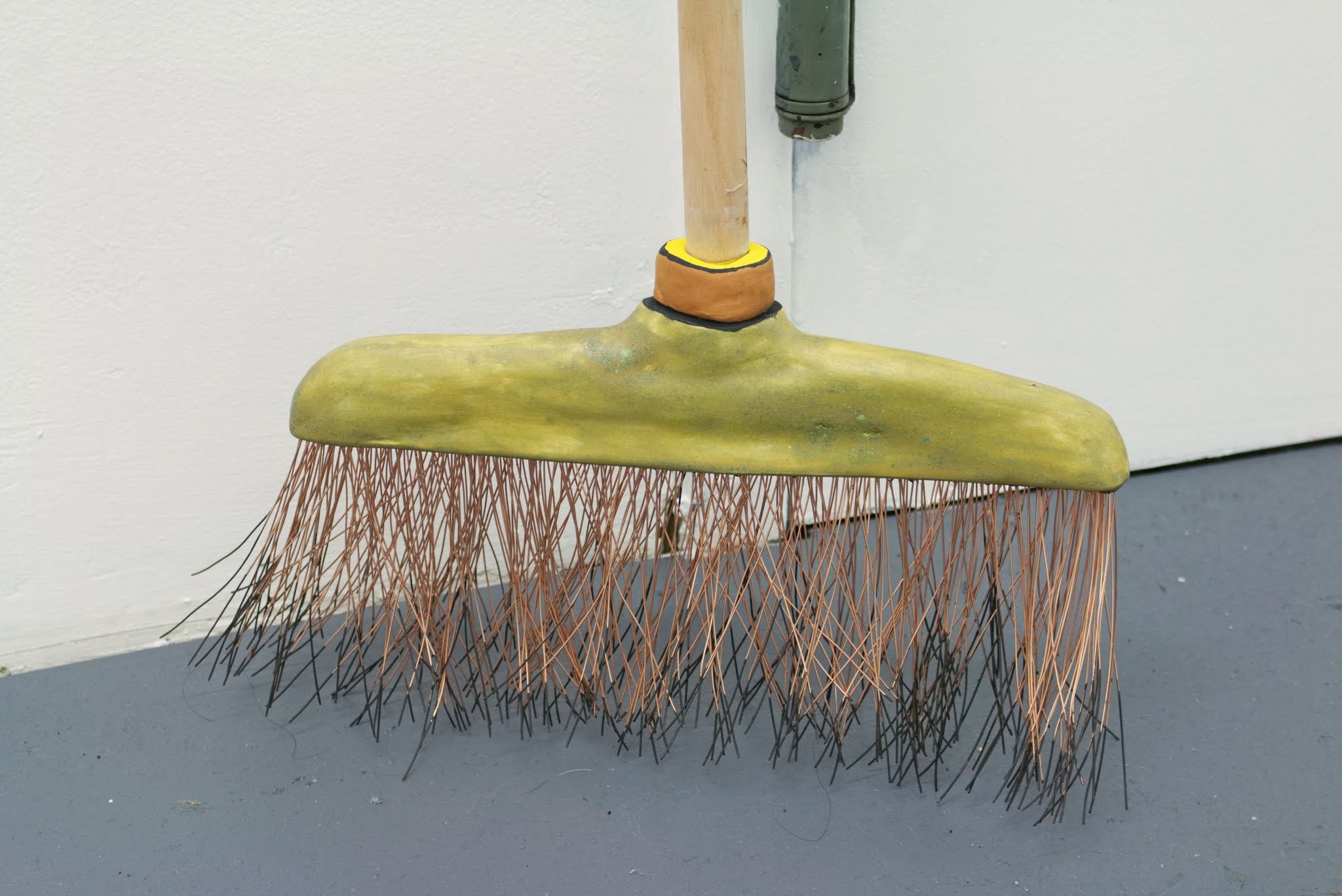 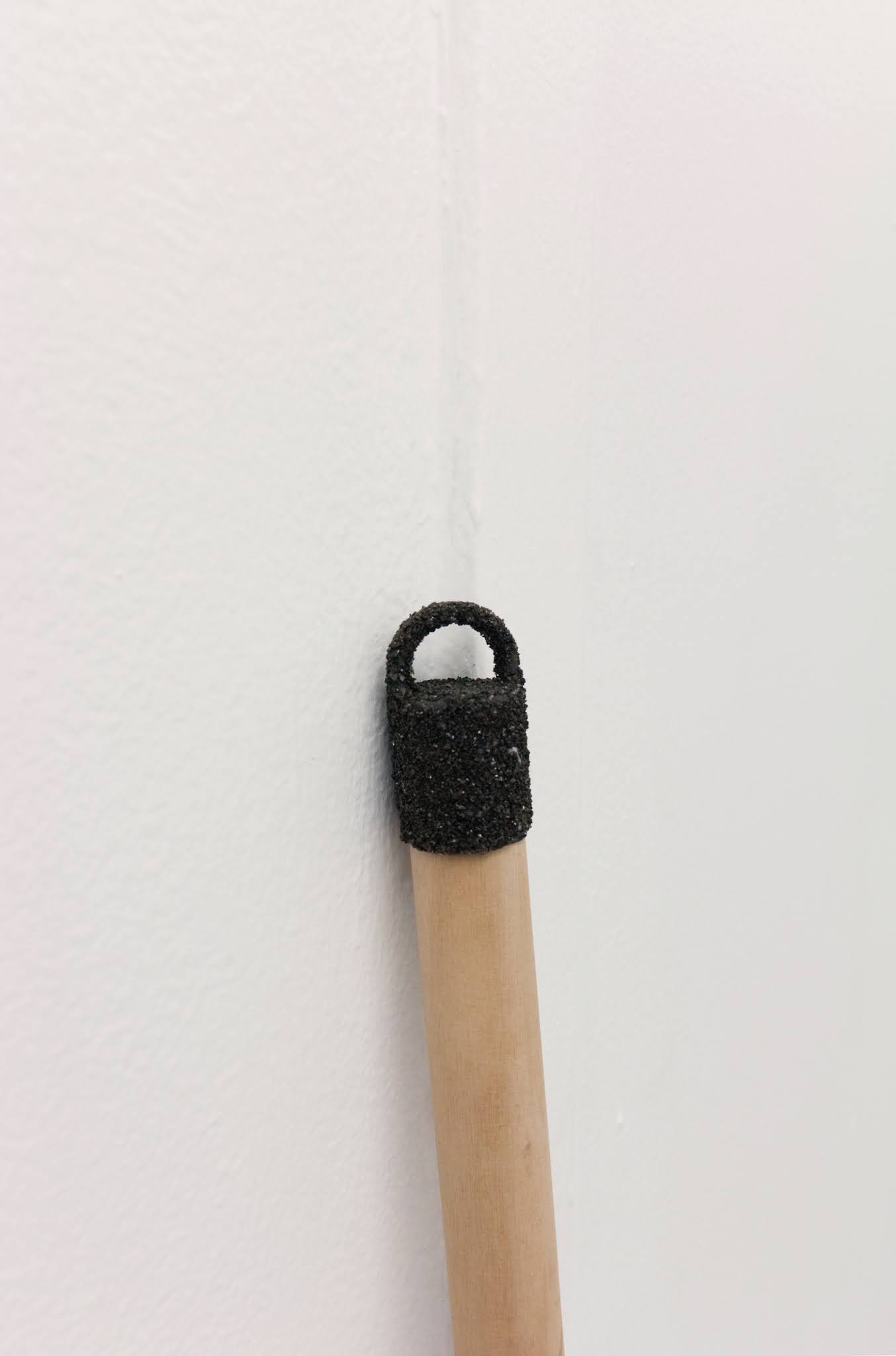 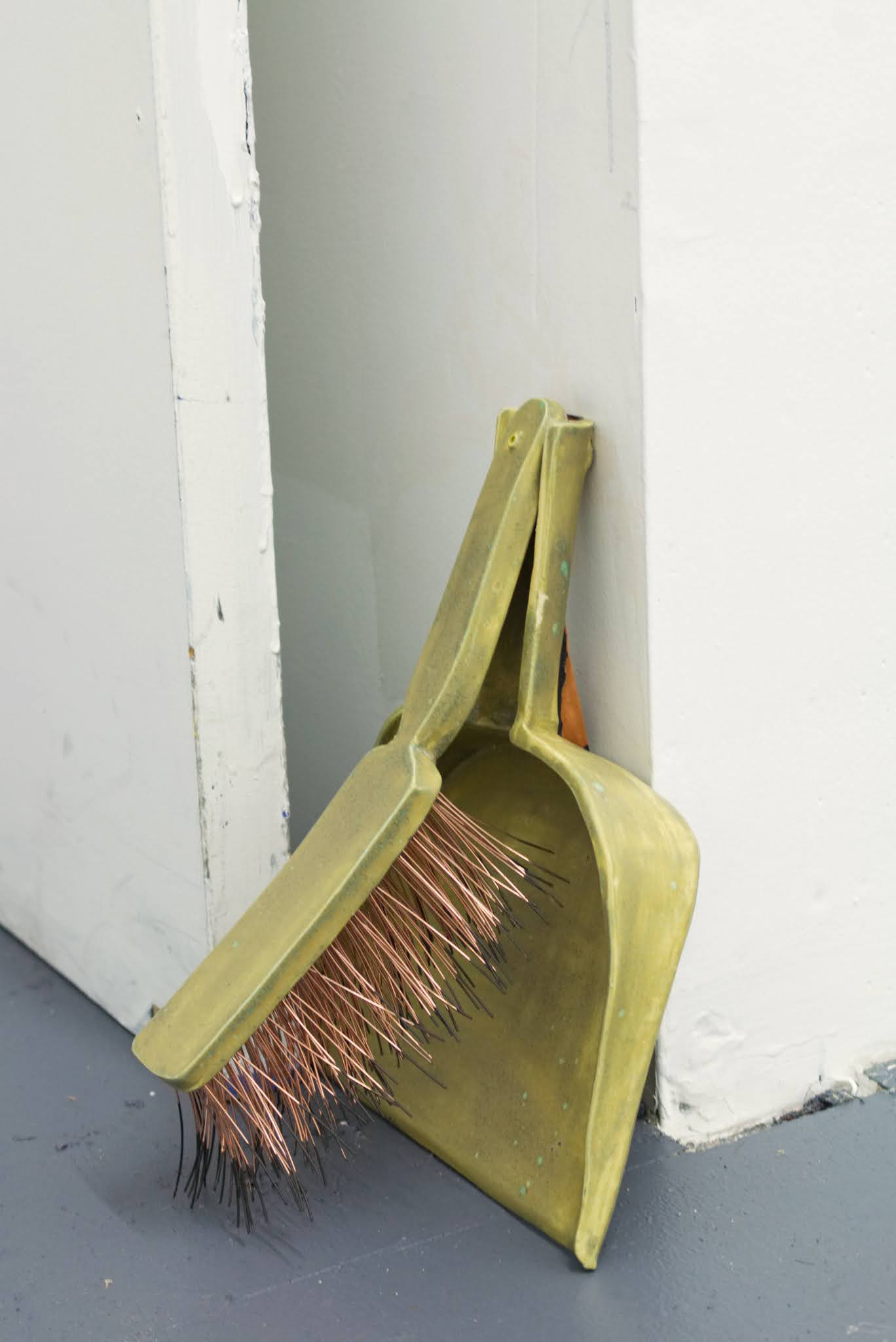 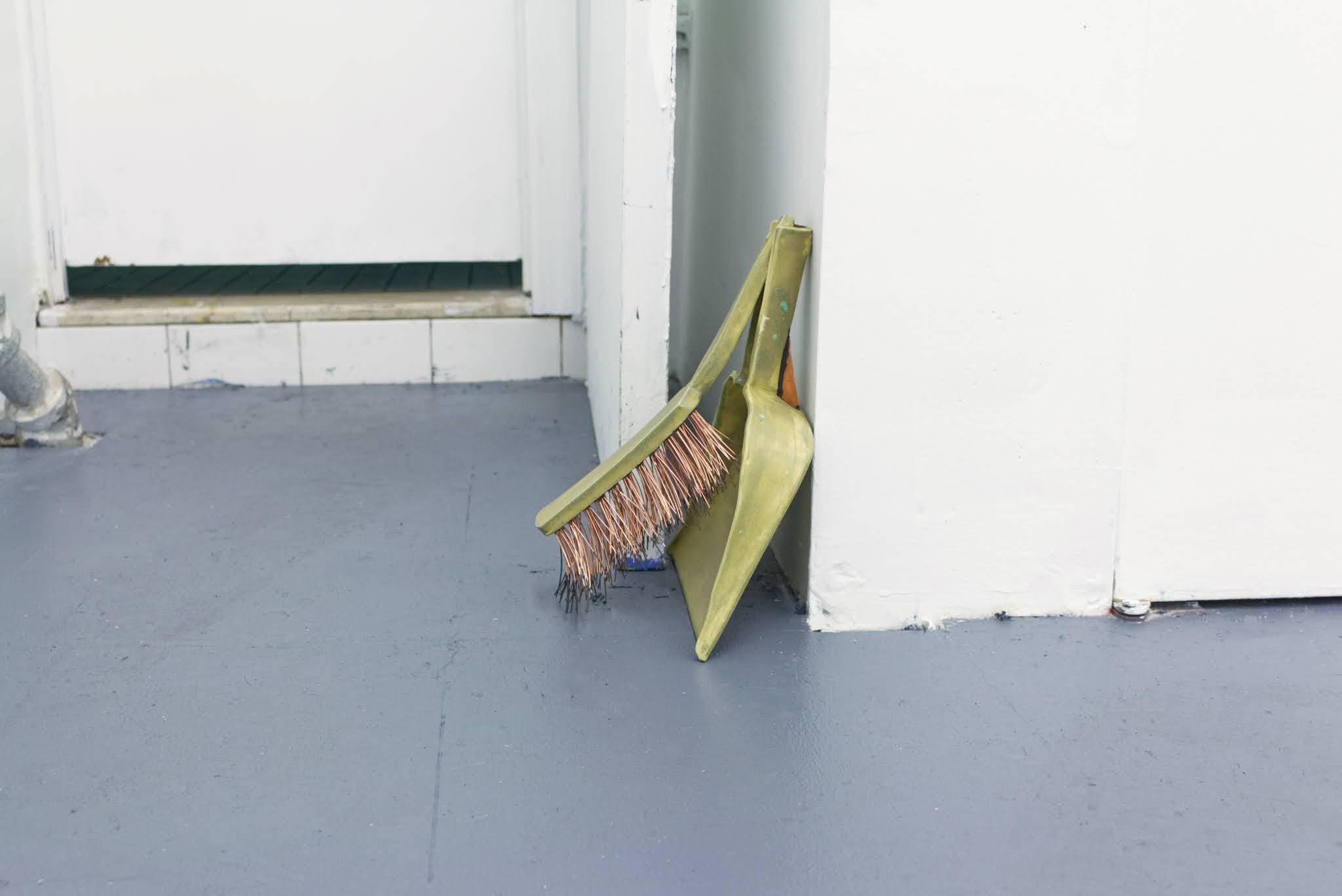 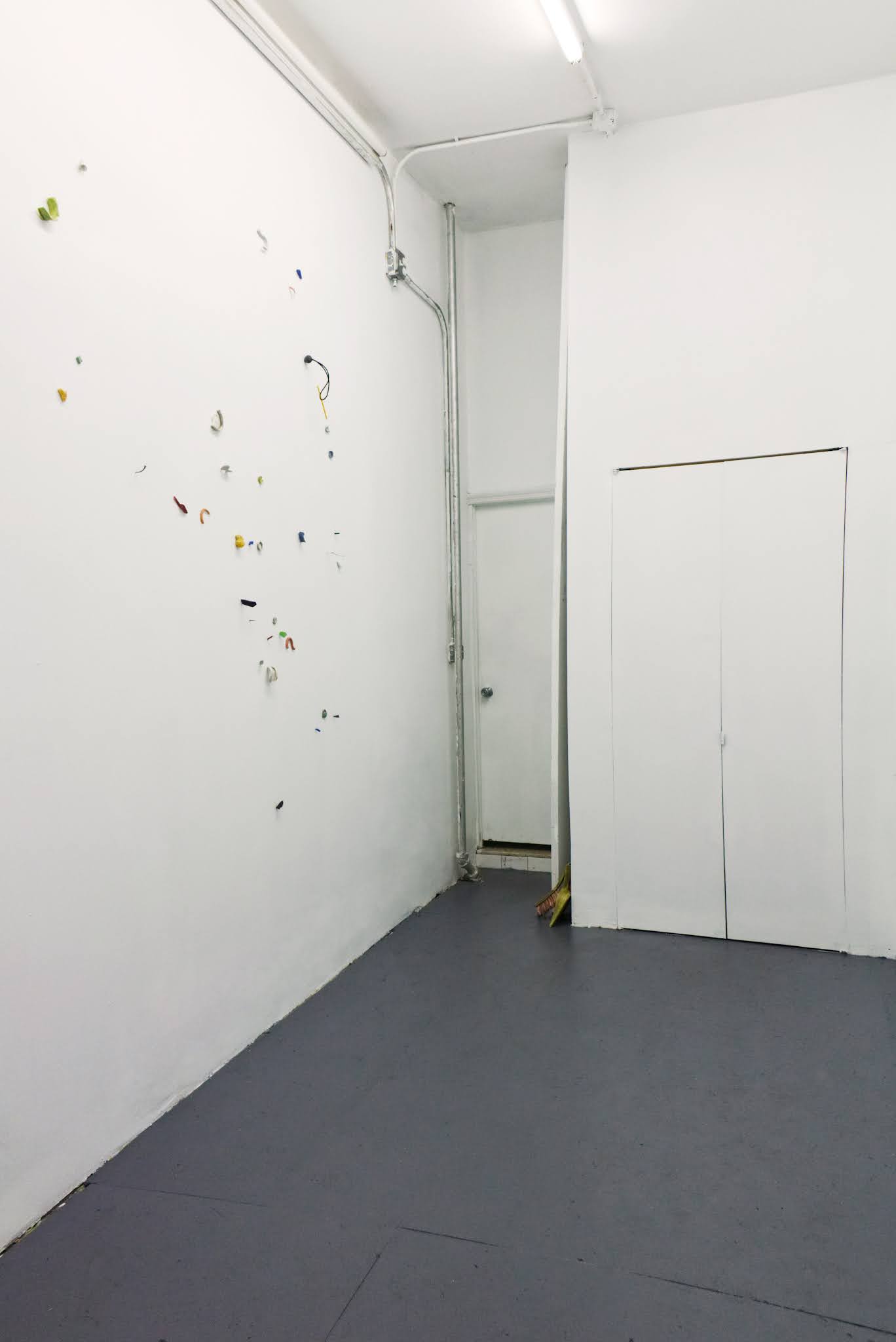 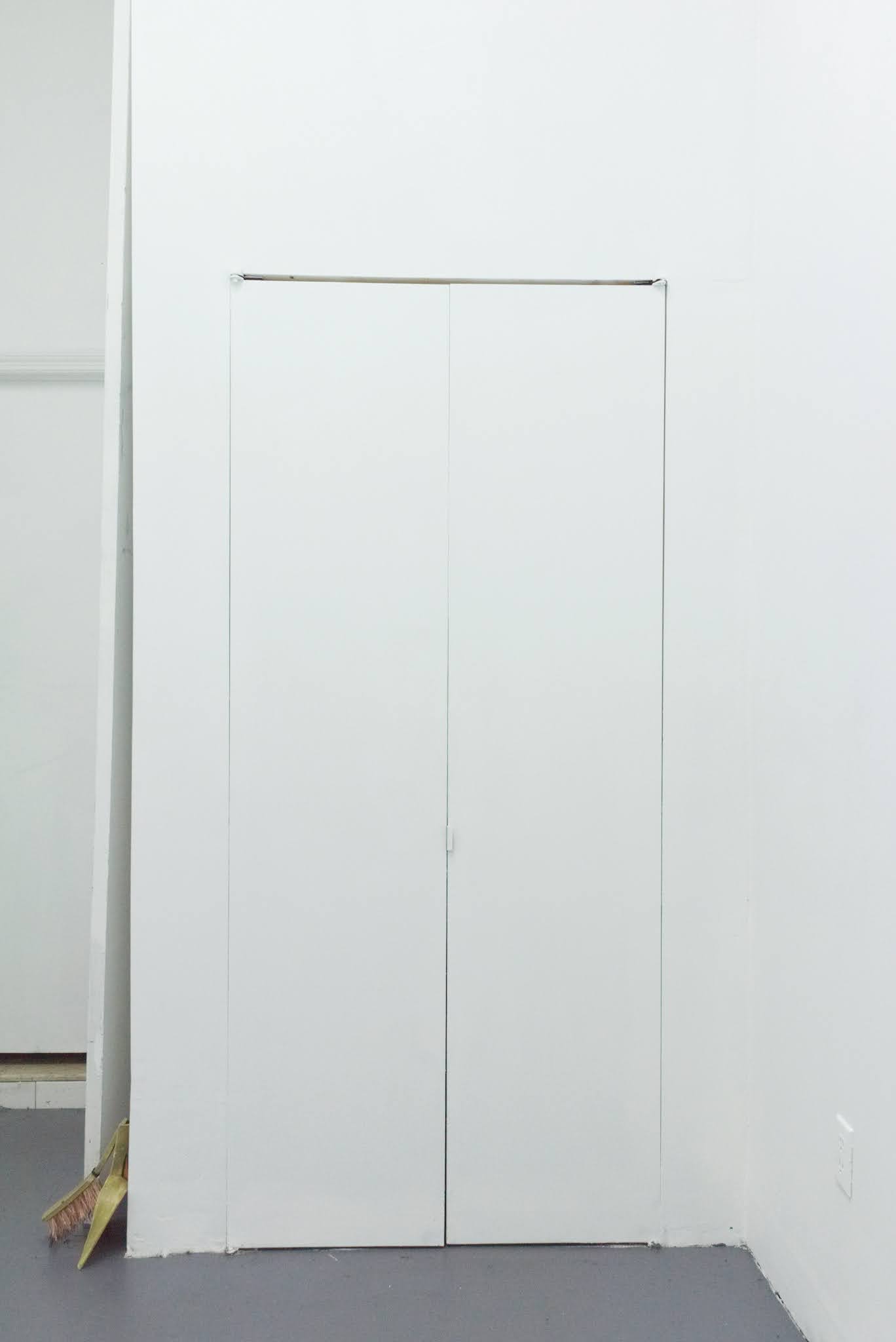 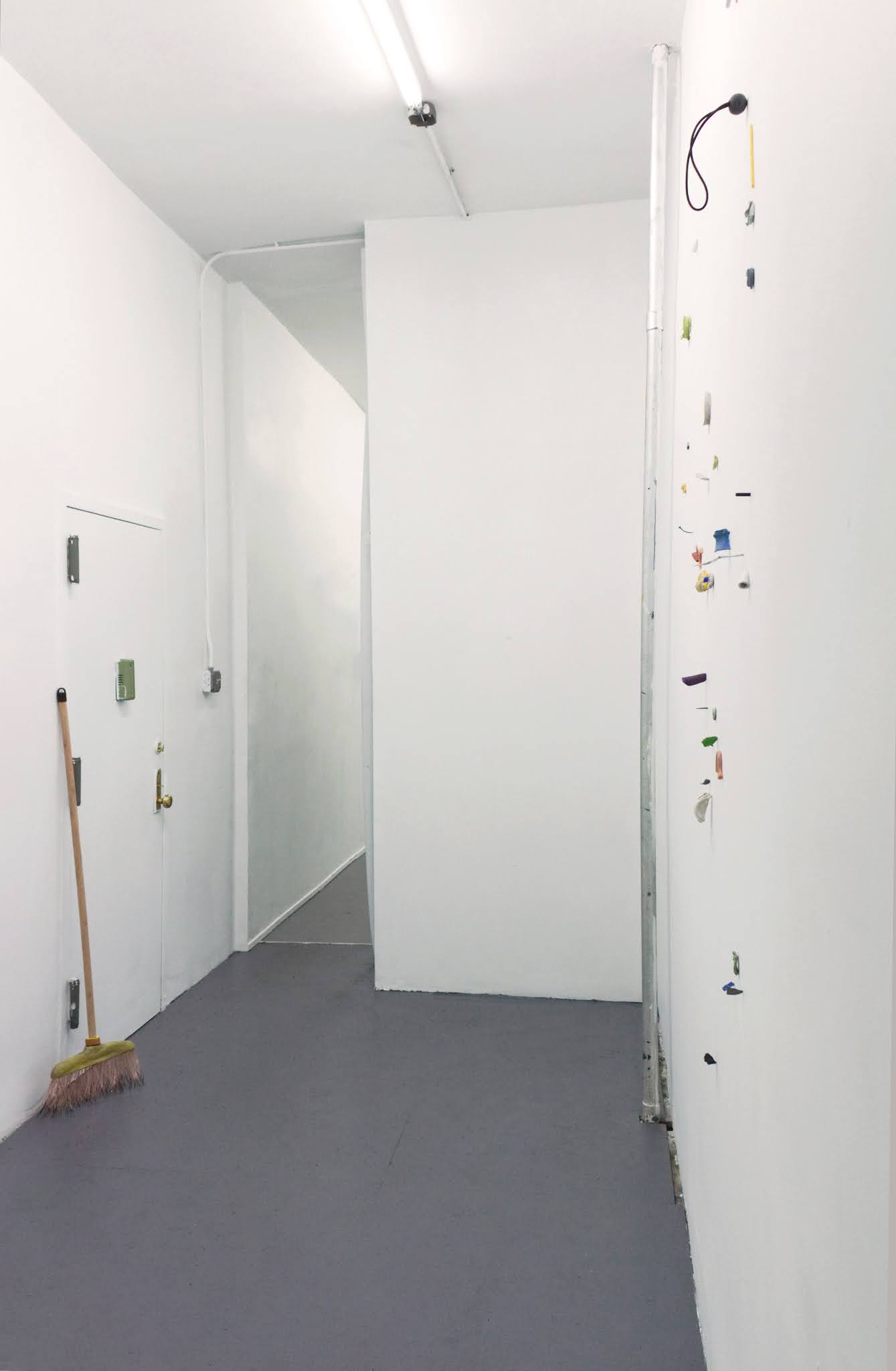 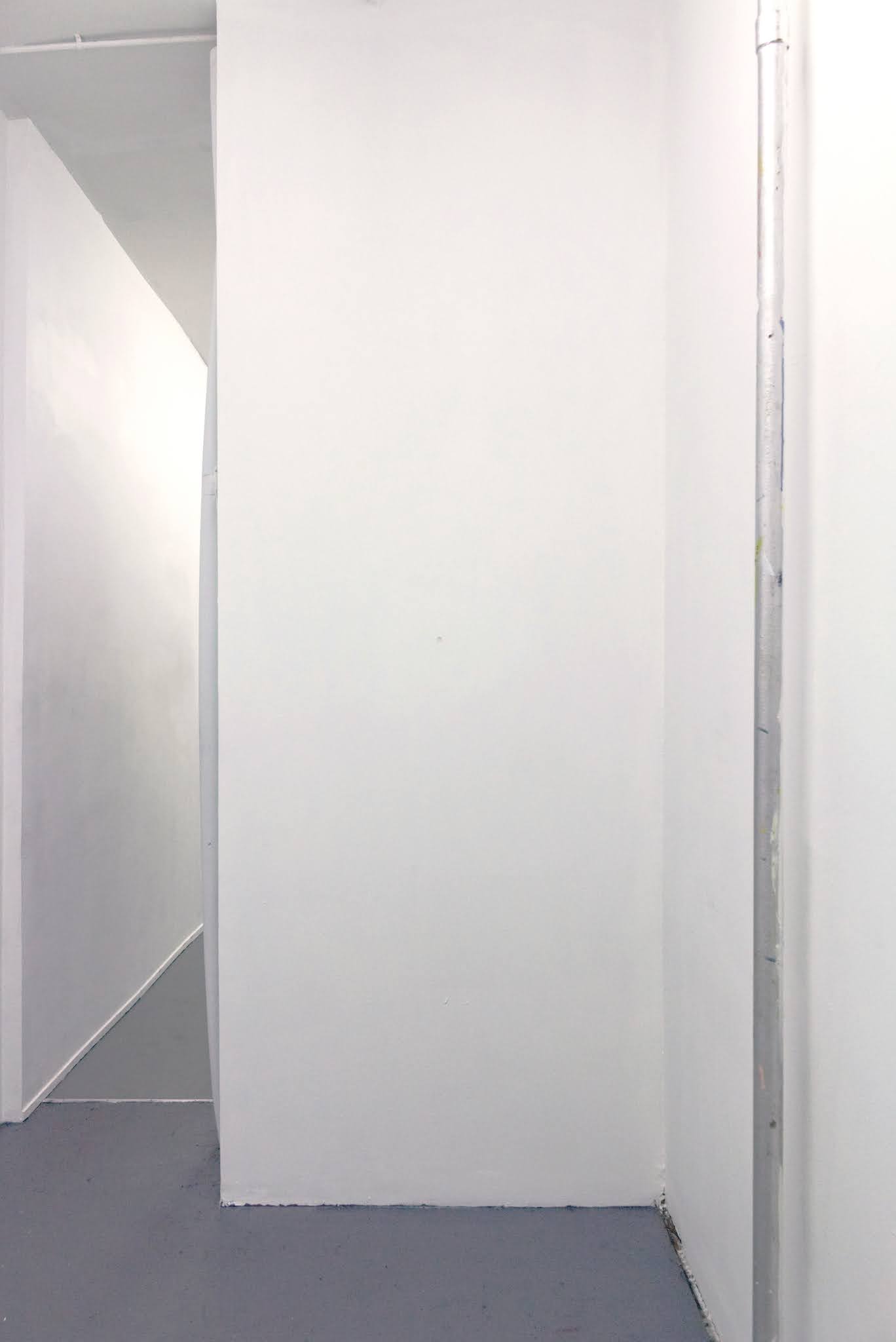 Away is Another Way of Saying Here presents recent ceramic and sound works by Irini Miga. Through subtle material interventions, Miga plays with the perceptual space between artwork and viewer, considering the threshold at which an object or gesture demands attention.

In Notes on Origin, Miga replicated marine debris found on the Miami shoreline in hand-sculpted clay and installed the pieces on the gallery wall in formation of the celestial constellation Orion. In a material disjuncture between plastic waste and hand-crafted earthenware, she cites the cautionary tale of the giant hunter in Greek mythology, who was slain by Gaia after claiming he would kill every animal on the planet. Miga draws a connection between the physical origin of the marine debris, Miami--a city predicted to be under water in less than 100 years due to climate change--to the mythological origins of Orion, whose arrogance towards other life forms ultimately caused his own demise. An adjacent sound work emanates from the closet within the gallery space, an area typically designated to store things out of sight. Referencing white noise machines that some use to meditate or fall asleep, the sound recording is also collected from the Miami shoreline. Ocean sounds are layered with human-made noises, suggesting that the ocean is no longer a refuge from human impact, as the waters fill with plastic waste.

Another series appears inconspicuously around the space of the gallery, taking form as an assortment of cleaning tools made of meticulously sculpted ceramics and brass. This series captures the often invisible and repetitive labor of cleaning, putting on display what might otherwise be tucked away in the storage closet. In a final light-handed intervention, one encounters the impression of a single fingerprint sunken into the wall. Made from unglazed ceramic and seamlessly fitted into the wall’s surface, the remaining mark is barely perceptible from a distance of more than a few feet. It is the record of a motion--of pointing to, pointing at, pointing out--but the object of the pointing is noticeably absent. It is simply the gesture that persists in memorial of an understated action.

Together these works propose a repository of gestures, memorializing what has been discarded or put out of sight. Through this collection of ignorables, Miga reminds us that the concept of ‘away’ does not exists, as what we cast aside remains with us. Her works capture the aesthetic conditions of that which often disappears in plain sight: tiny fragments of discarded material, a single fingerprint, cleaning tools, and the ambient sound from an urban shoreline. The aura present in the labor and attention required to recreate these easily dismissible items weighs counter to the humbleness of each work’s first impression. In reverberation of an unstable time, Miga’s micro-interventions highlight the unfixed nature of appearances to those who pay close attention.


Irini Miga grew up in Greece, a country on the border of what is commonly perceived to be East and West, where the distant past, present and desired future converge. She uses sculpture, film, sound, text, and elements of everyday performativity to examine the ways in which we navigate and perceive our environments. Her work engages with the memory of place, bridging between points of origin and the present. She works with humble, unmonumental gestures to find value and importance in things otherwise neglected and overlooked. Miga studied at the Athens School of Fine Arts, as well as Central Saint Martins College in London, and received her MFA from Columbia University, New York on a Fulbright grant. Recent international exhibitions include: Reflections (solo show)  at Atlanta Contemporary, in Atlanta, GA; Scraggly Beard Grandpa, at Capsule Shanghai, in Shanghai, China; When You Were Bloom, at Thierry Goldberg Gallery in New York, NY;  Selections by Larry Ossei-Mensah at Elizabeth Dee Gallery in New York, NY; Tomorrow's Dreams, at Neuer Essener Kunstverein in Essen, Germany; Marginalia, at The Drawing Center in New York, NY; The Equilibrists, organized by the New Museum in New York, NY and the DESTE Foundation in Athens, Greece, and shown in the Benaki Museum in Athens. Irini Miga lives and works in New York.
Tags Essex Flowers, Irini Miga, New York
Newer Post Older Post Home