Every Breath You Take at Umberto di Marino / Naples

Every Breath You Take curated by Alberta Romano 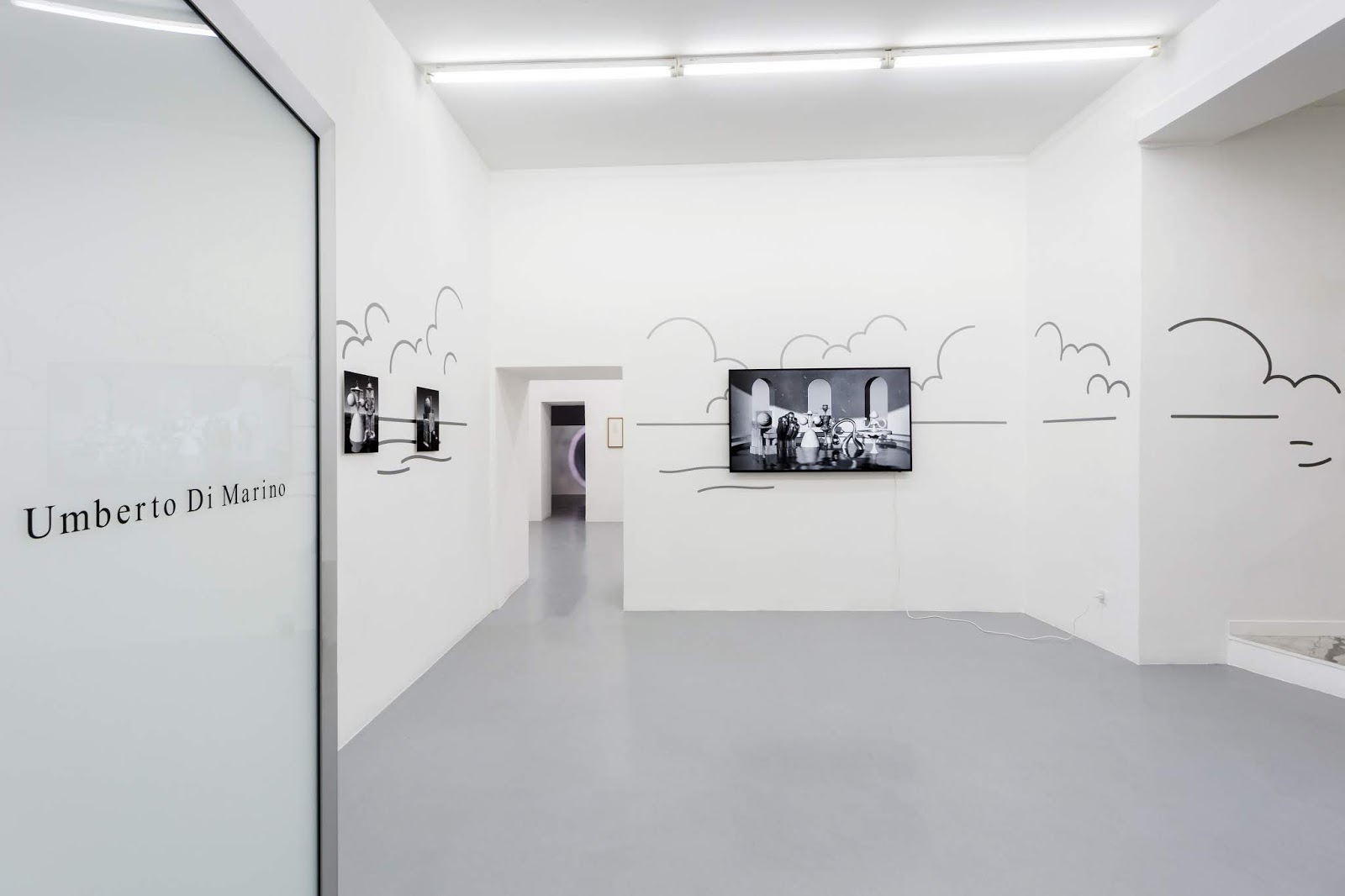 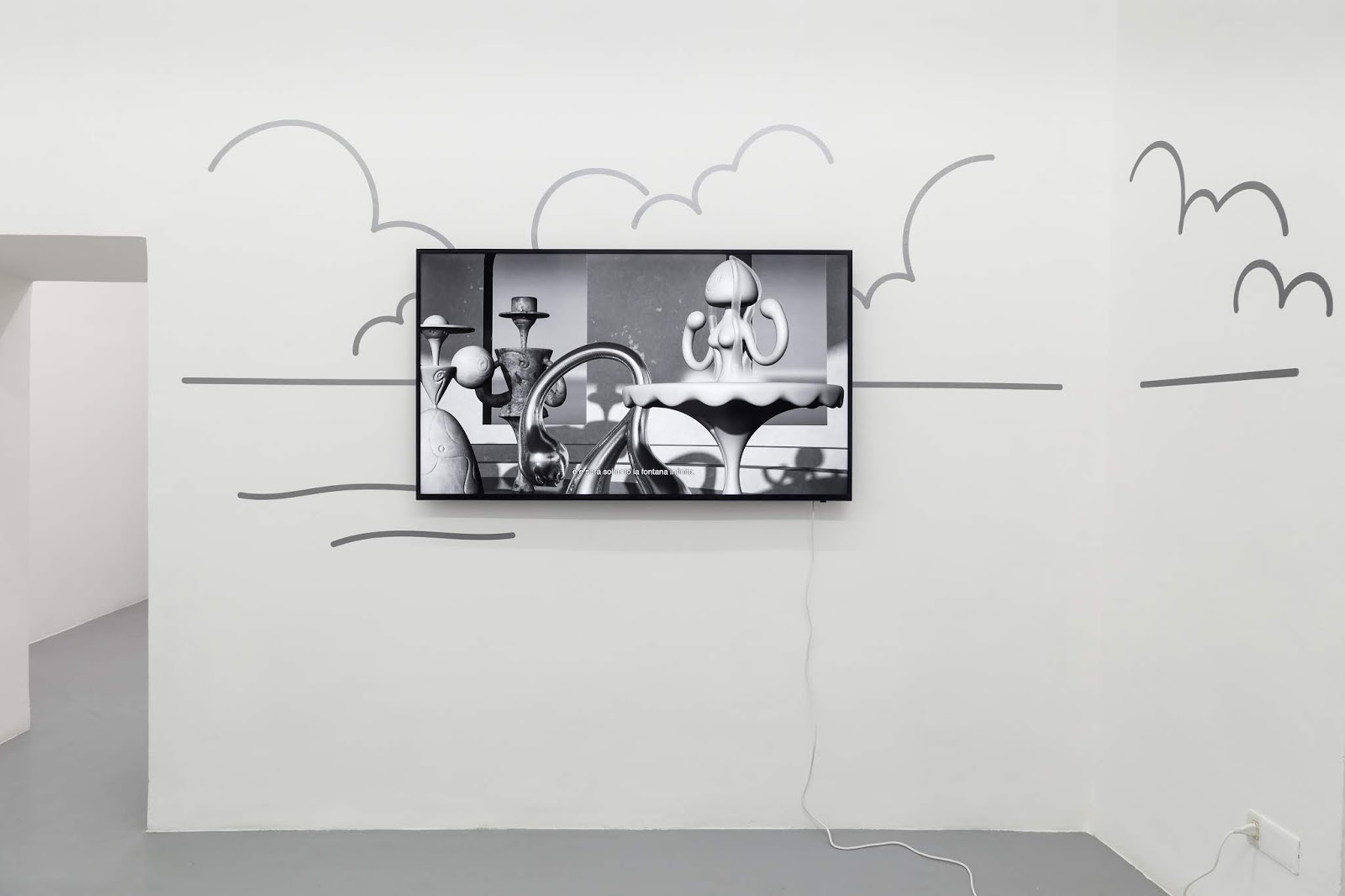 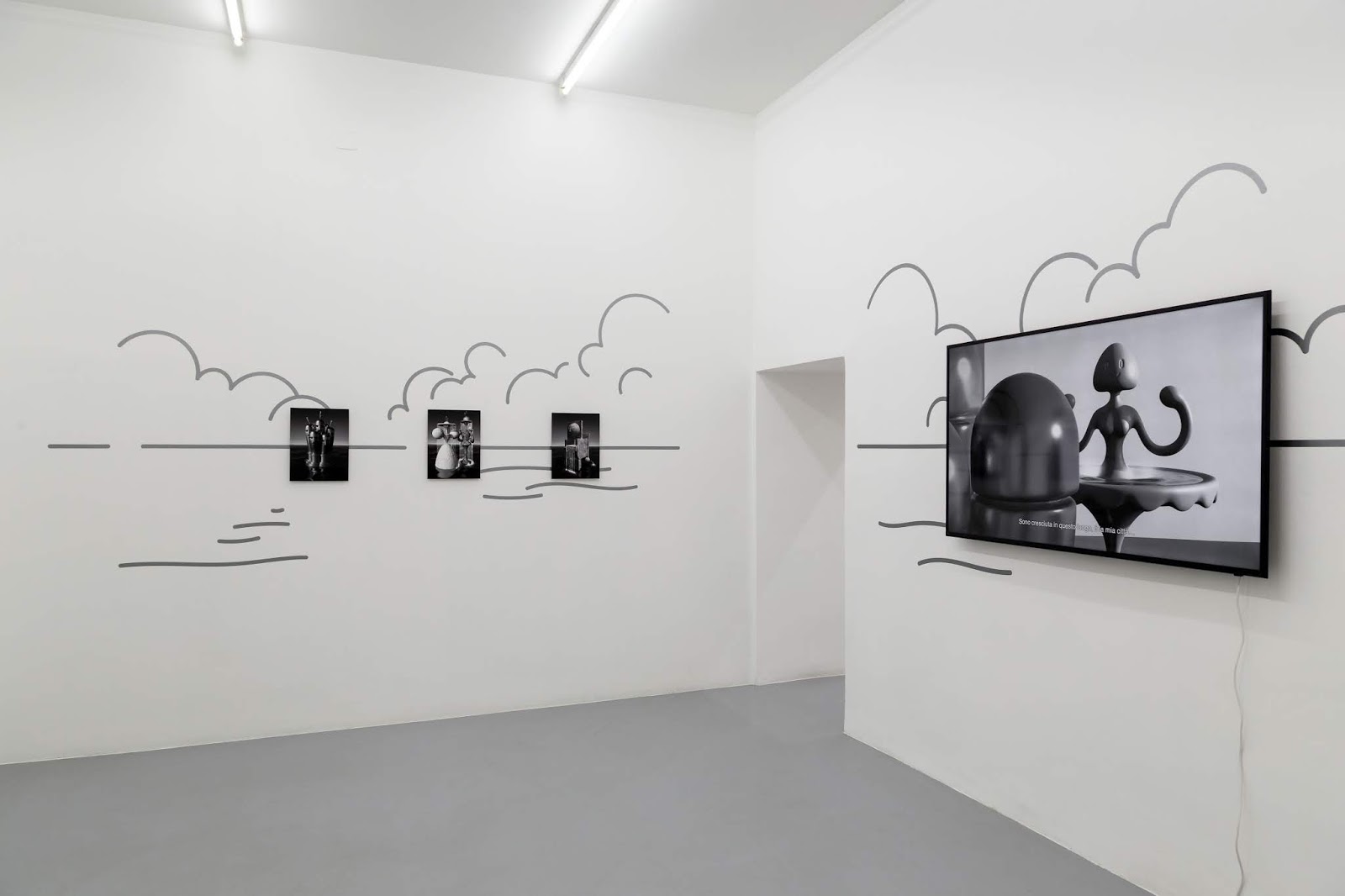 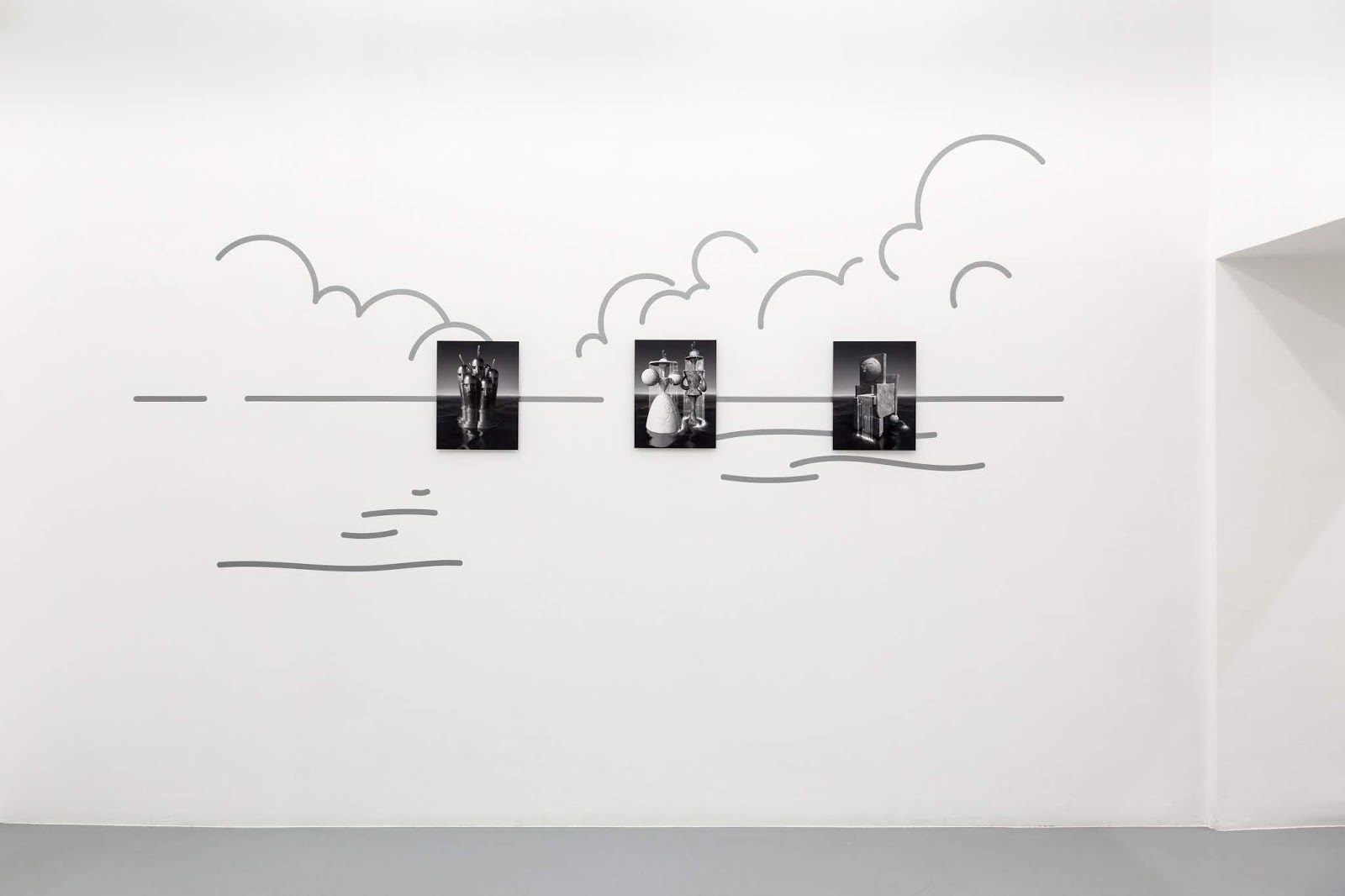 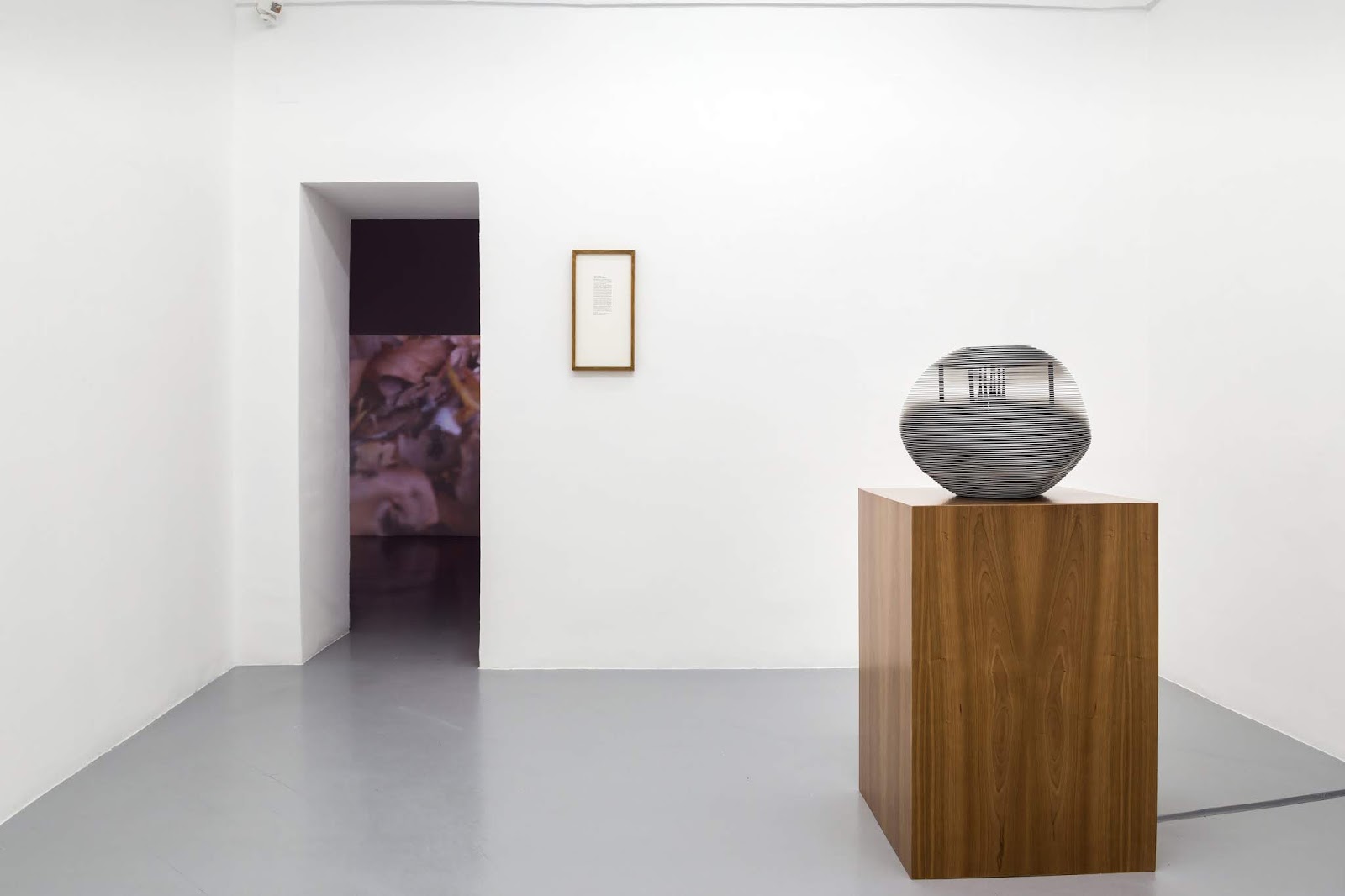 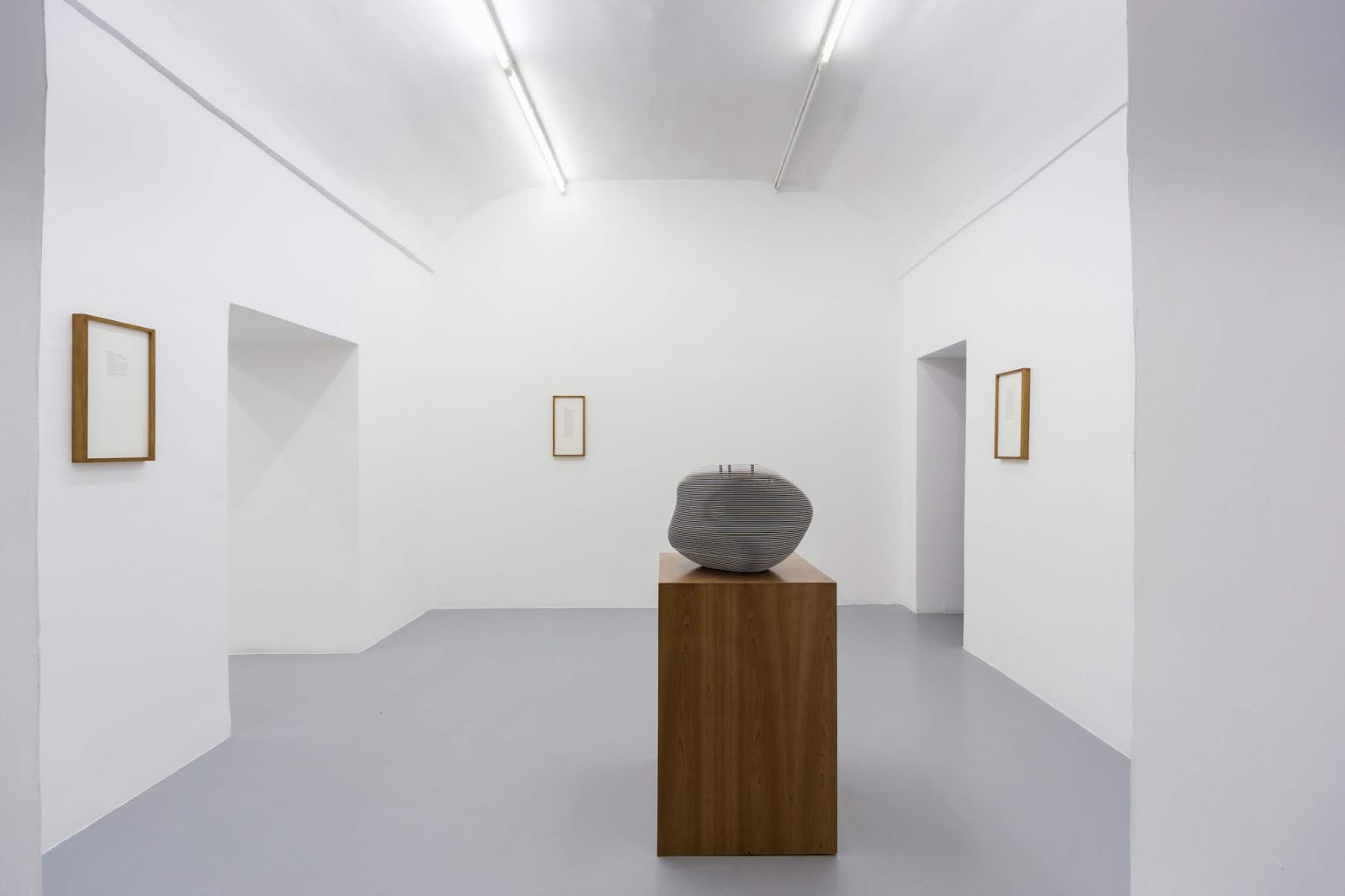 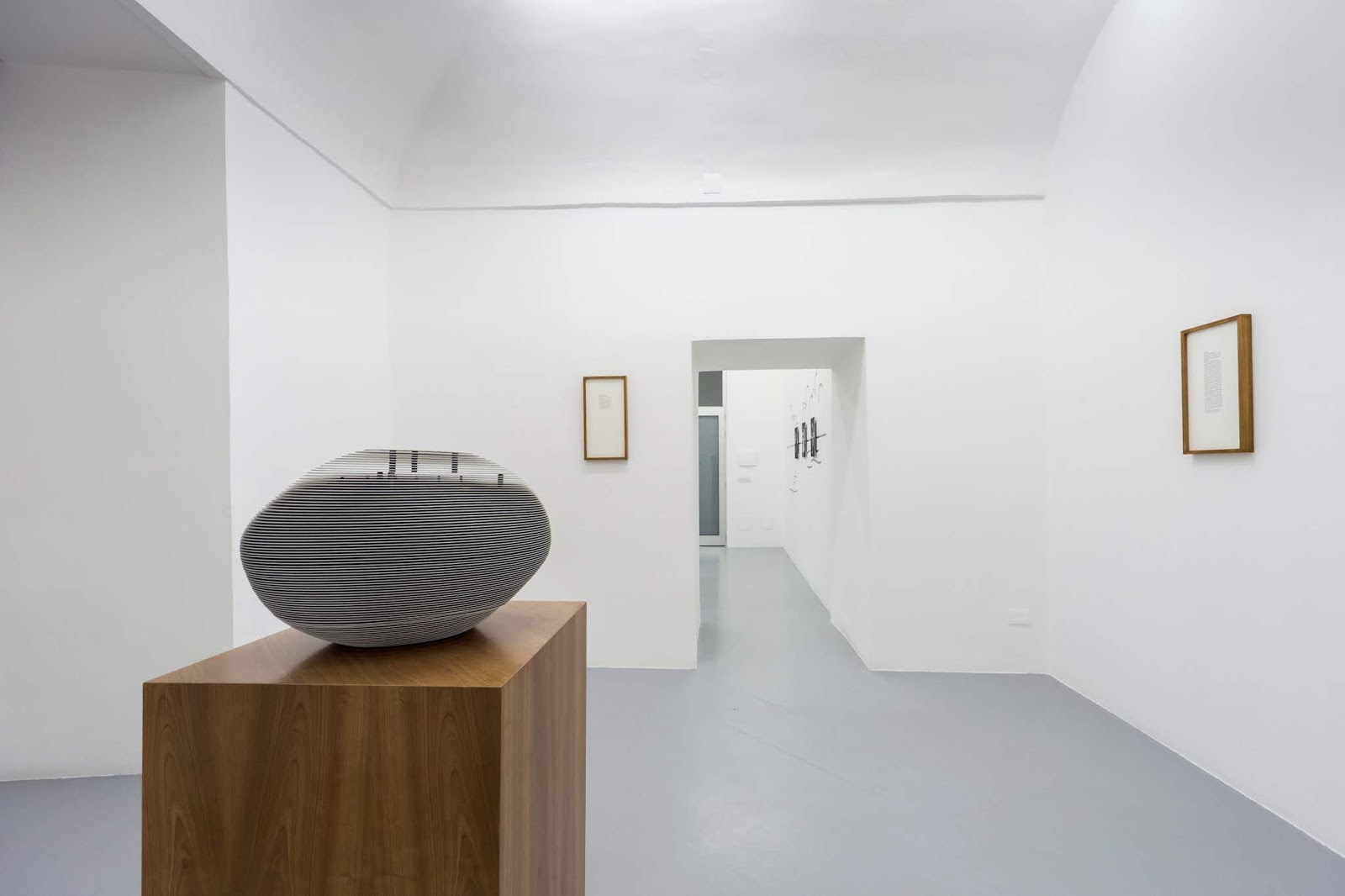 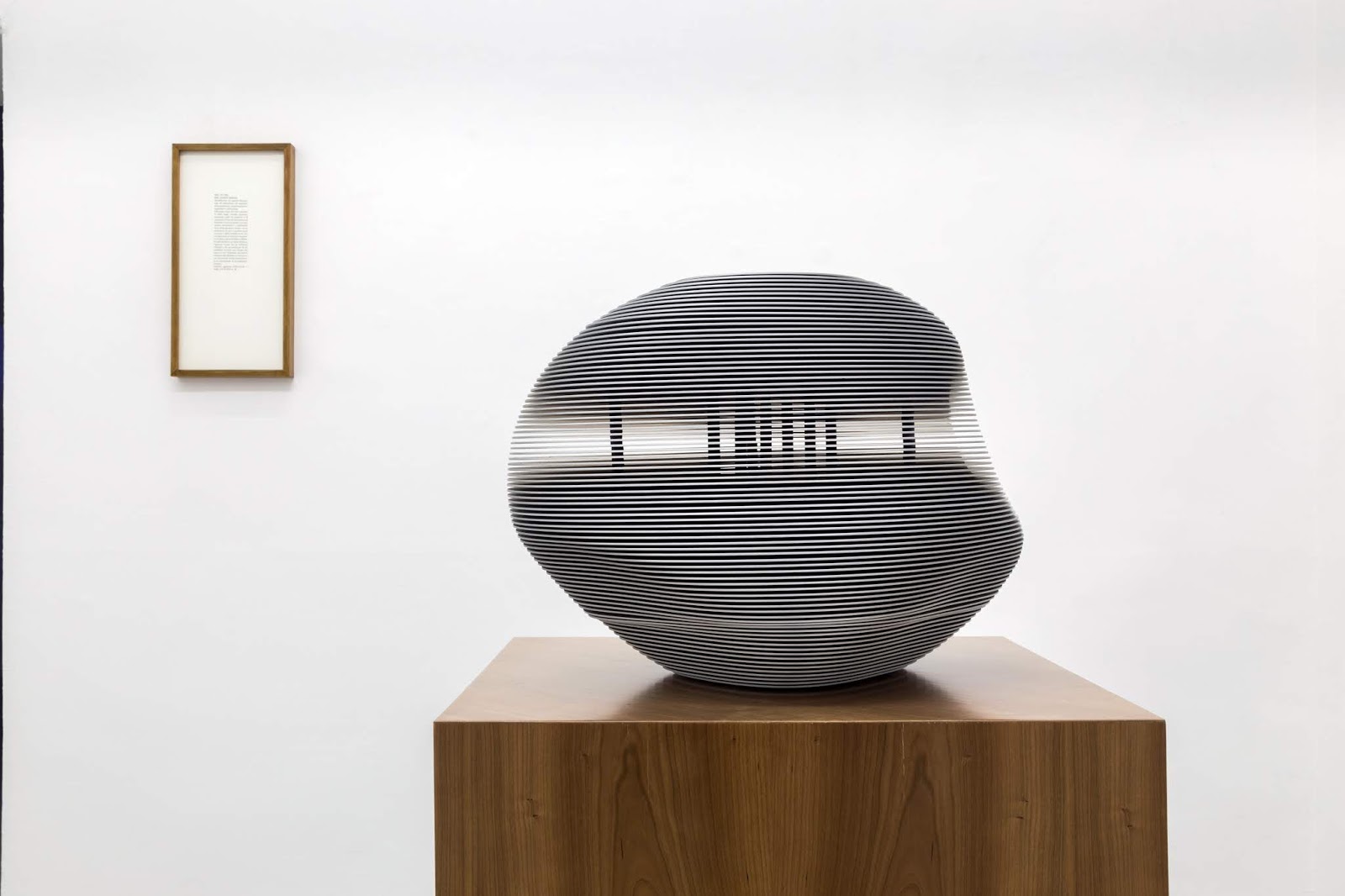 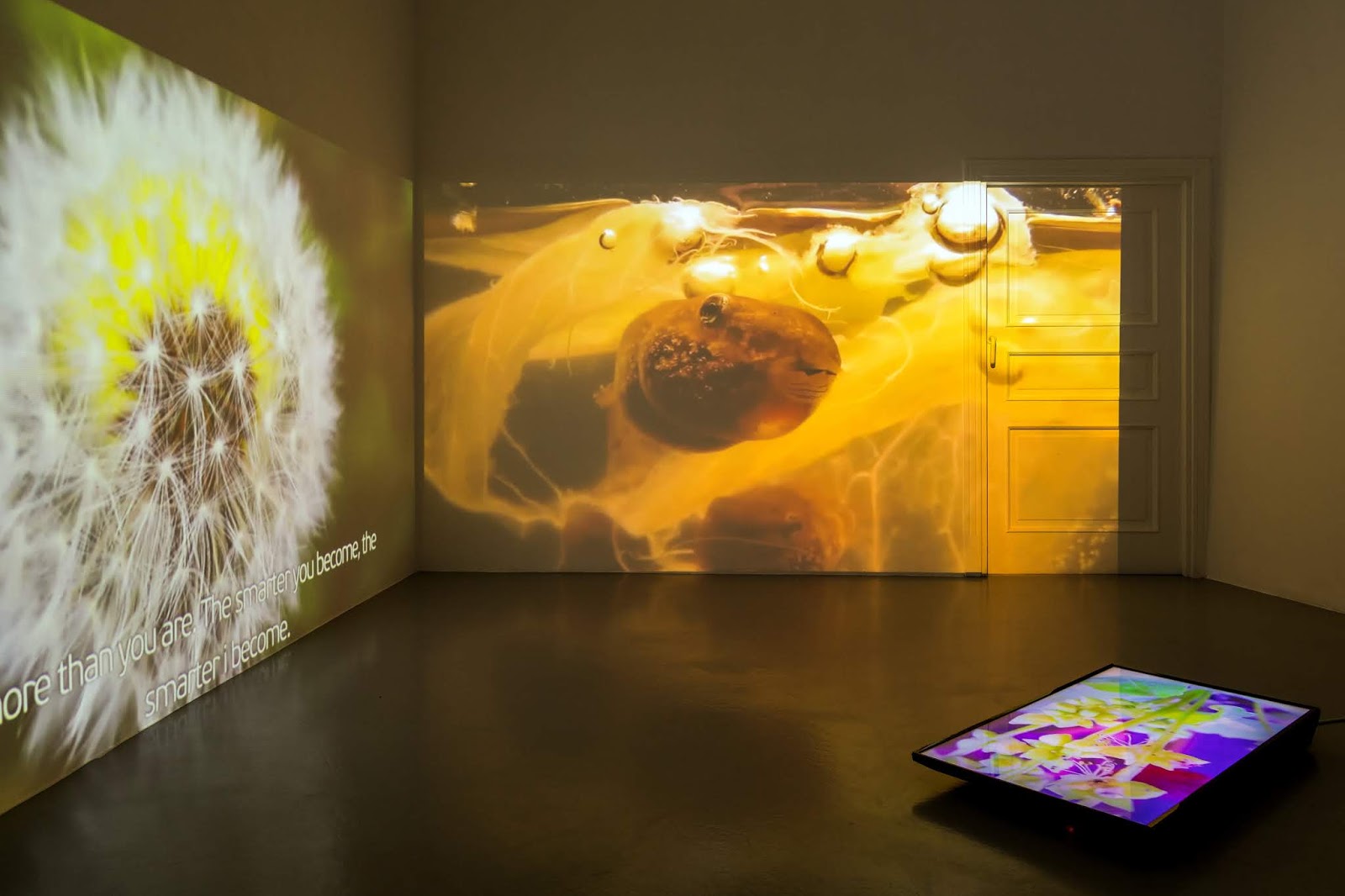 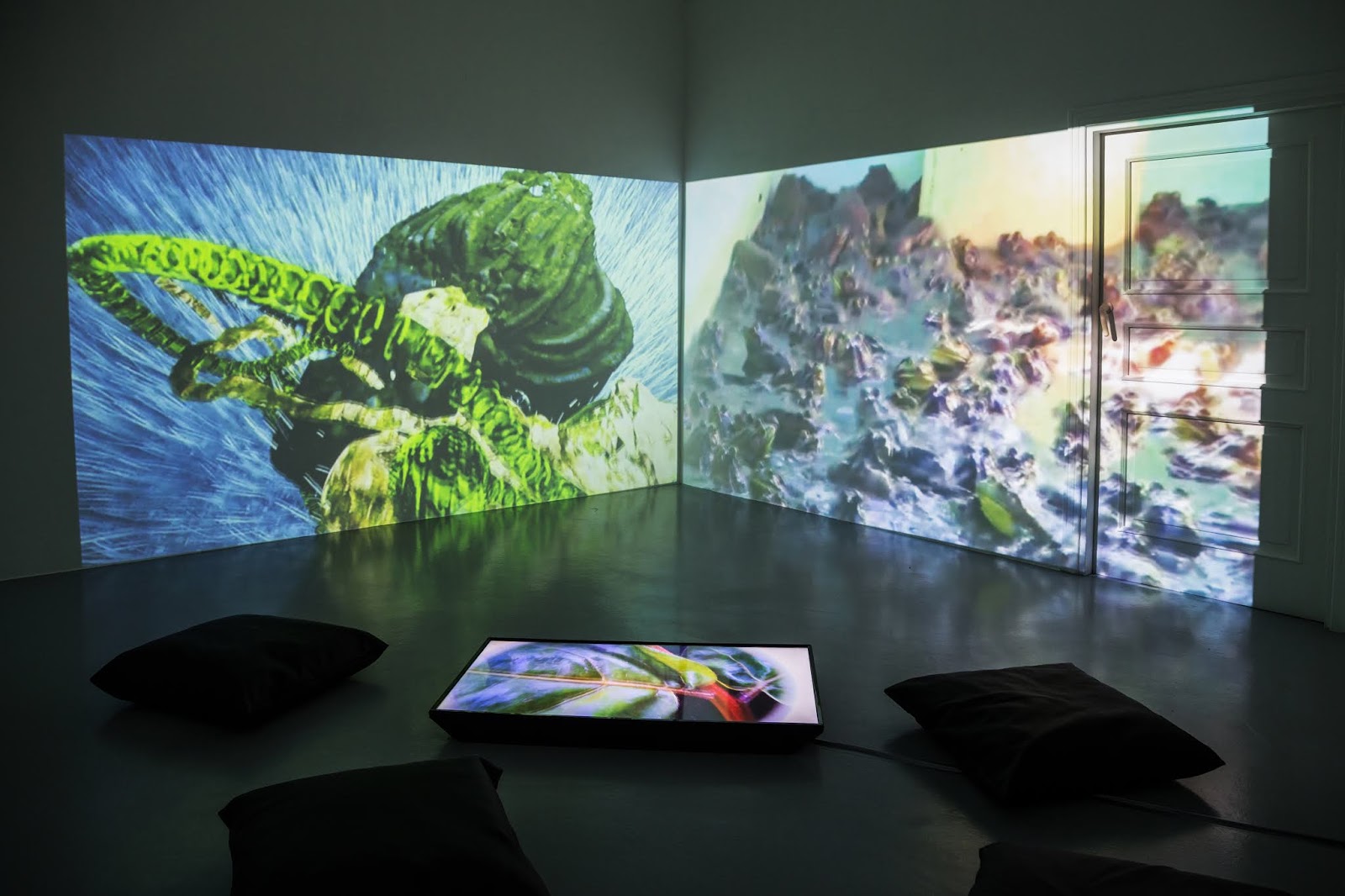 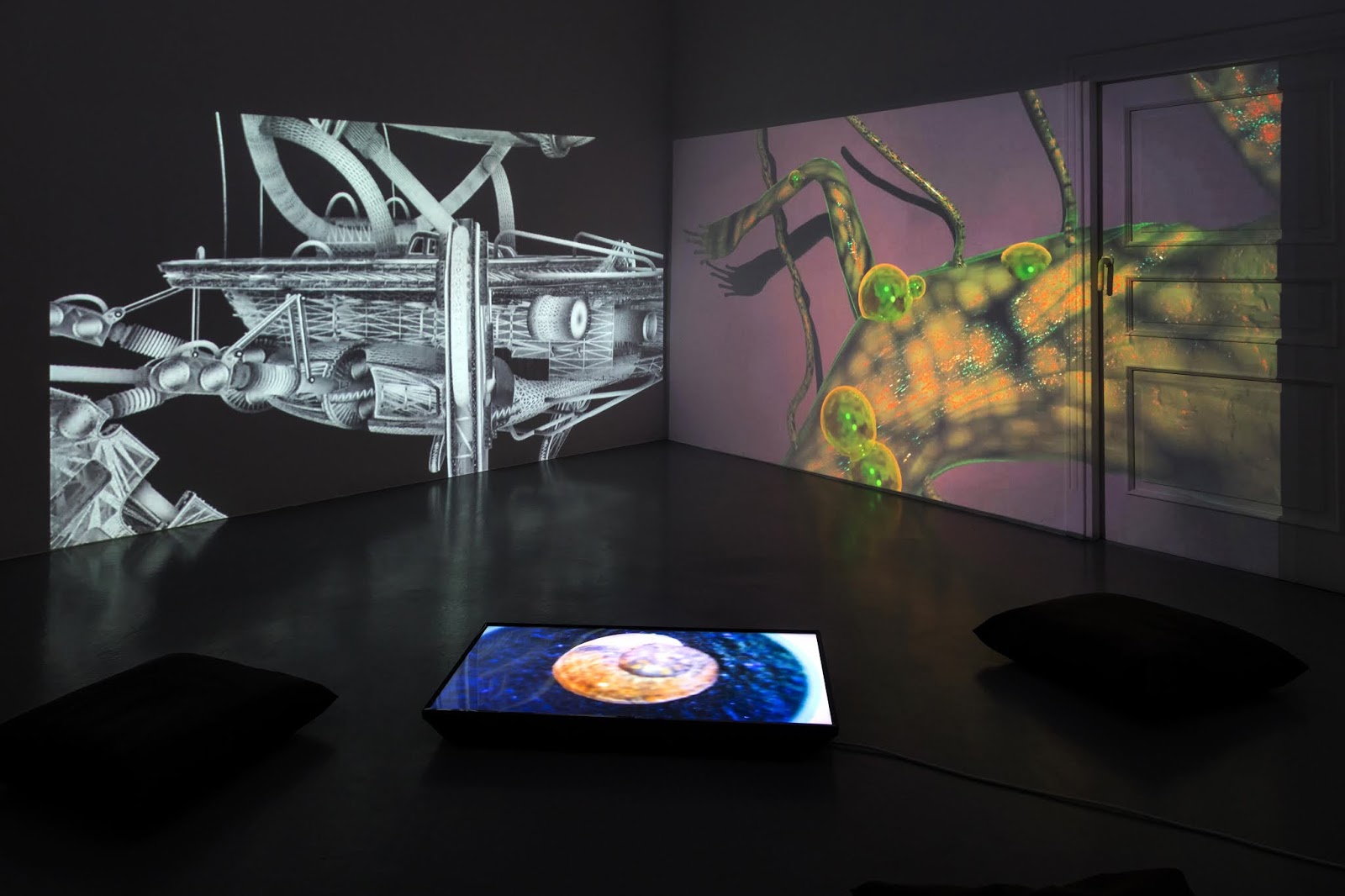 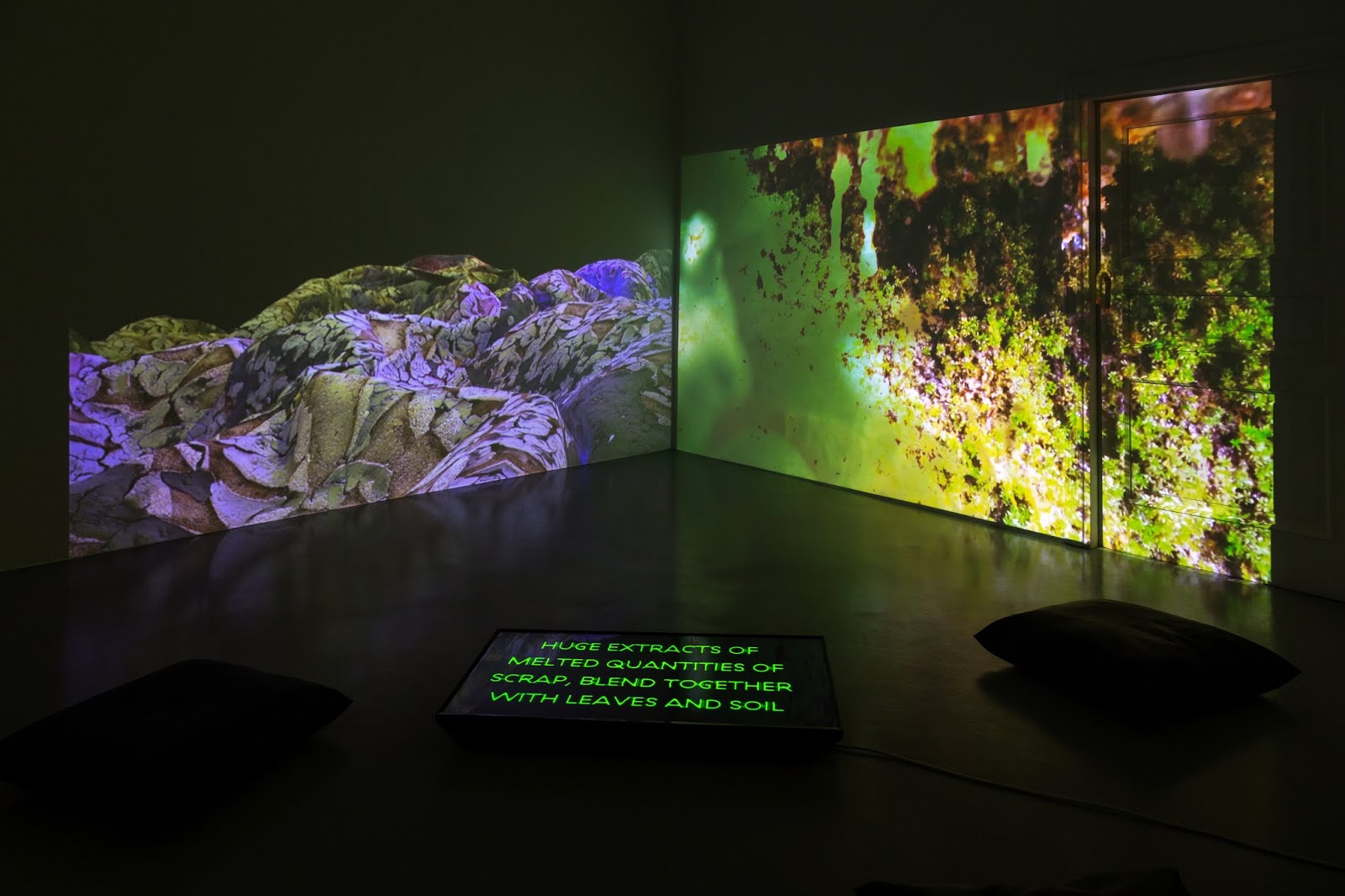 Umberto Di Marino Gallery is pleased to present Every breath you take, a group show with Eva Papamargariti, Giulio
Scalisi and The Cool Couple curated by Alberta Romano.
Every breath you take wants to build a path through the various forms that the manipulation of our surrounding can
take. The works of Giulio Scalisi, The Cool Couple and Eva Papamargariti respectively investigate three aspects of
everyday life: politics, signals/communication management, and nature, trying to describe their characteristics, their
developments and their social, cultural and political implications with everyday life.

Giulio Scalisi presents in the spaces of the gallery Fontana Infinita, a project that is articulated through a site-specific
installation and a new audio-video work. Through the re-enactment of a fake assembly, the artist presents a metaphor,
deliberately simplified, on the current political and social organization of our countries. Scalisi creates characters and
dialogues with a strong characterization, paying particular attention to our Western obsession with consumption and
with the ownership of everything that doesn’t belong to us yet.

The Cool Couple also presents a totally new project. Their work Way out focuses the attention on the jammer, a device
unknown to most people, that is capable of interrupting any type of transmission within a defined area, behaving as a
frequency disturber. By demonstrating its potential, working on the aesthetics of the object and its presentation, but
above all by clarifying the legal restrictions imposed to it, the operation of The Cool Couple wants to open the debate
around the sensitive issue of the control and manipulation of signals and communications by a small number of people
and government agencies.

Eva Papamargariti presents for the first time in Italy her video installation Precarious Inhabitants. The Greek artist,
whose work was also presented at the last biennial in Athens, continues her research on the relationship between
natural and artificial, organic and inorganic, human and technological. In her work natural and artificial creatures meet,
chase each other, study and try to define their identity. In Precarious Inhabitants traces left by nature already became
the paths of new and updated artificial scenarios.
The focus of the exhibition is on three different themes bound by their ties to current events and filtered by the
sensitivity of three young contemporary artists.

In a historical period in which democracy looks more like demagogy, carrying on its political campaigns through social
networks (see the Cambridge Analityca case or the way in which Facebook is used by the current president of the
Philippines, Rodrigo Duterte), it’s important to reflect on the political dynamics that control our governments which
seem to systematically exclude citizens from their decisions while giving them an illusion of power through social
media.

In the same way, a good knowledge of some existing technologies and their public and military use could increase the
attention on the management of our data and more attention on the device to which we delegate our life everyday. An
illegal jammer that can be easily bought on the internet, for instance, is far less dangerous and powerful than a jammer
used for strategic-military purposes like interceptions and radar interferences.
However, even the alteration of reality is something already under way, one need just think of the many experiments on


audio and video manipulation. An example can be the GAN (generative adversarial networks) a class of artificial
intelligence algorithms used in automatic learning to reproduce audio and images in a very faithful way. Ian
Goodfellow, one of the developers of this technology, who currently works in the scientific research team of Google
Brain, believes that in less than three years some false but totally plausible videos generated through the use of this
technology will freely circulate . It’s a question of when, not if.

Considering all of these facts it seems therefore essential to reaffirm, through the eyes of three young artists, the
centrality of this kind of reflections, in order to encourage questions and start to find the answers.
In how many ways can our reality be shaped? How does the manipulation of reality shape our surroundings, believes
and relationships while giving us the illusion of power? Are we really doing something to fight it? But above all, what
does it mean today to be free and independent?

The leitmotif of all the works seems to be the constant control that dominates our everyday life and, in this sense, the
title of the exhibition is a non-literal quote of the famous song by The Police. For the exhibition the song is
reinterpreted in a metaphorical way to try and translate the claustrophobia and the omnipresence that dominates our era,
in which nothing seems to really belong to us.

Every breath you take
Every move you make
Every bond you break
Every step you take
I'll be watching you
[...]
Oh can't you see
You belong to me.

Eva Papamargariti was born in Larissa in 1987, she lives and works in London.
She graduated from the Department of Architecture, University of Thessaly with a Diploma in Architecture (2012) and then she holds a Master Degree on Visual Communication Design from Royal College of Art, London (2016).
She has exhibited her work in institutions, museums and festivals such as the Athens Biennale 2018, New Museum (New York), Whitney Musem (New York), Tate Britain (London), Museum of Moving Image (New York), MoMA PS1 (New York), Museum of Contemporary Art (Montreal), Transmediale Festival (Berlin) and also on the Internet (Panther Modern, Parallelograms, ANIGIF, 15Folds, Channel Normal, The Wrong - Digital Art Biennale, Eternal Internet Brotherhood, Cloaque.org). Eva Papamargariti has also collaborated and created work for different brands like NIKE, Kenzo, MTV, Diesel, River Island, Boiler Room among others.

Alberta Romano was born in 1991 in Pescara. She works and lives in Milan.
After graduating with a BA in Art History at La Sapienza and with an MFA in Visual Cultures and Curatorial Practices at the
Academy of Fine Arts in Brera, she attended the curatorial program CAMPO16 at Fondazione Sandretto Re Rebaudengo.
She is an independent curator and she also works with CRC Foundation in Cuneo and collaborates with ChertLüdde Gallery in Berlin. She contributes critical essays and reviews to publications as Flash Art Italia, Kabul Magazine and other independent magazines. She’s one of the two curators selected for CASTRO Studio Program 2018/2019 in Rome.
Tags Alberta Romano, Eva Papamargariti, Giulio Scalisi, Lazy exhibitions, Naples, The Cool Couple, Umberto di Marino
Newer Post Older Post Home