Bea Bonafini, Maje Mellin and Bernice Nauta / I'm not an island, I'm a body of water 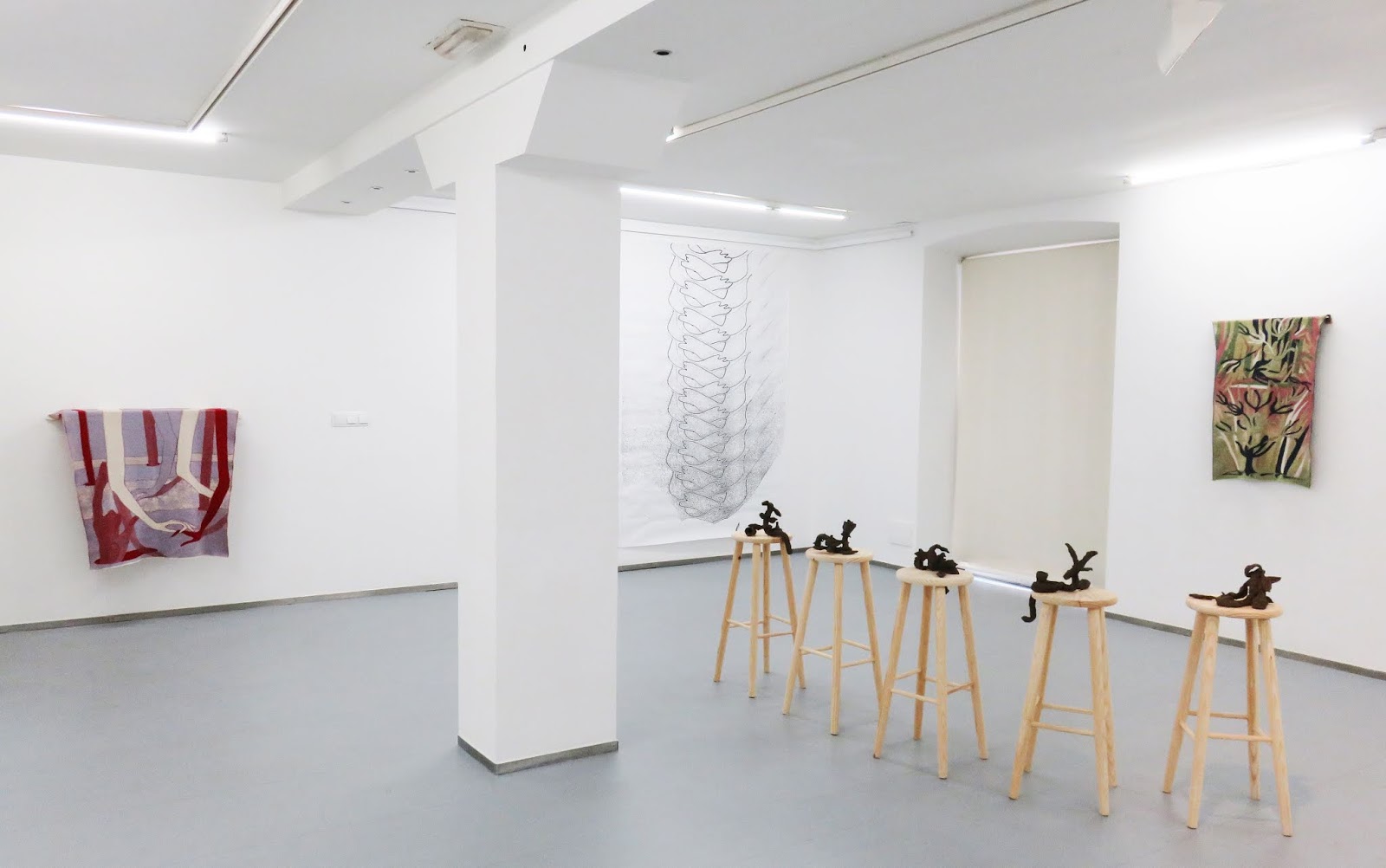 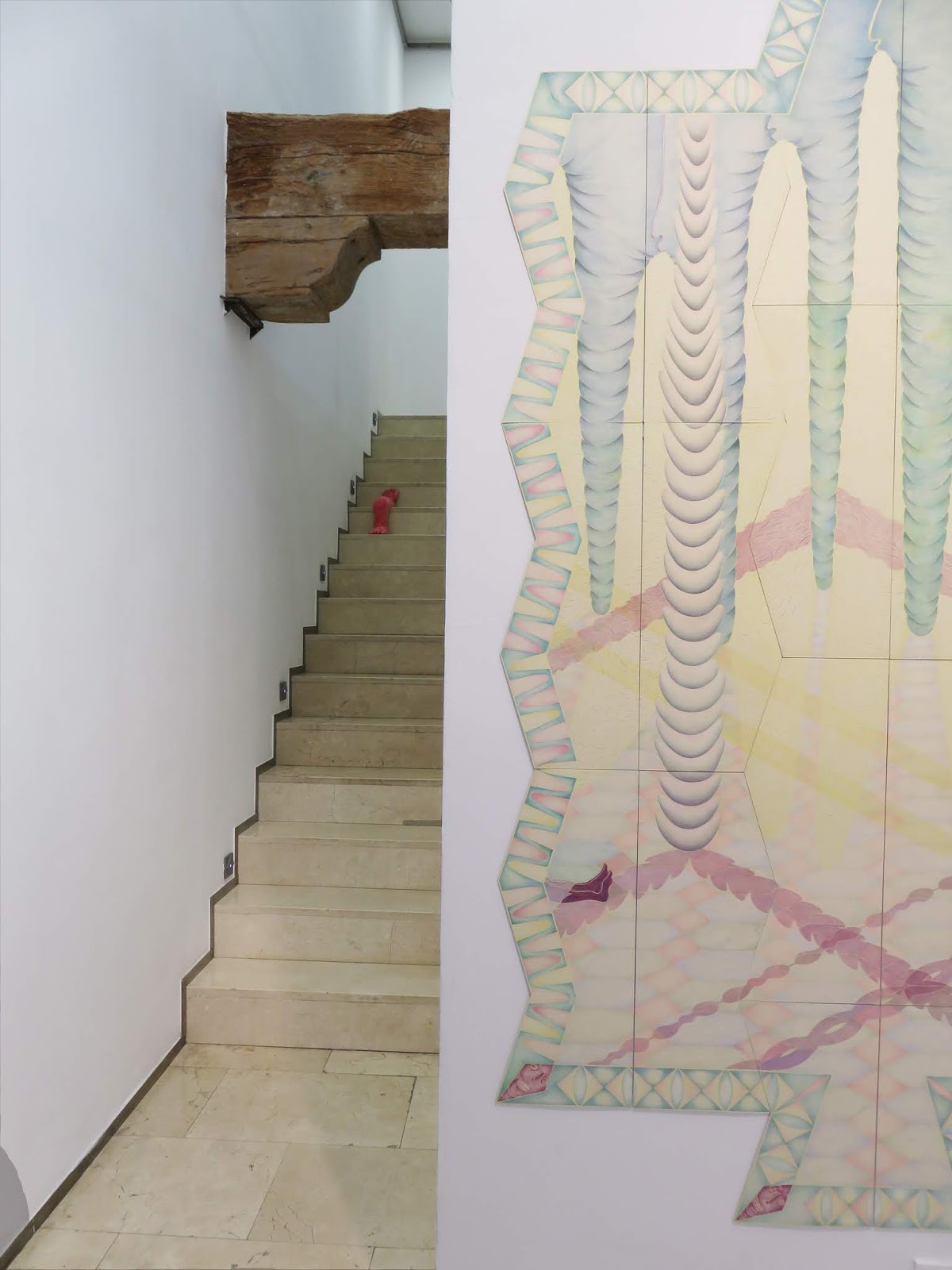 I’m not an island, I’m a body of water
by Niekolaas Johannes Lekkerkerk
I, neutral cockroach body, I with a life that at last doesn’t escape me because I finally see it outside of myself—I am the roach, I am my leg, I am my hair, I am the section of whitest light on the plaster of the wall—I am every hellish piece of me—life in me is so demanding that if they hacked me up, like a lizard, the pieces would keep trembling and squirming. I am the silence engraved on a wall, and the oldest butterfly flutters and finds me: the same as always. From birth to death is when I call myself human, and shall never actually die.1
–Clarice Lispector, The Passion According to G.H.

The idea of the human possessing and presiding over a body has become a contested idea of late. That is to say, the body as a stable entity and unit of reference has become disputed insofar as we are witnessing an increased need for the interdependence between life forms and modes of being, in times at which the stable backdrops for our living and working practices have become equally unstable, or ceased to exist altogether. Simultaneously, in the words of philosopher Rosi Braidotti, our very embodiment is a limit, as wall as a threshold; our flesh is framed by the morphology of the human body, it is also always already sexed and hence differentiated.2 The exhibition I’m not an island, I’m a body of water presents the work of three artists that investigate this paradoxical and conflicting state: the human body as an inescapable limit and threshold, faced with a growing consciousness that the anthropocentric feedback loop through which its worldview is objectified does no longer come full circle.
A shared marker between the works and practices presented would be a movement to the radical materiality of the body; the idea that the entire body thinks. One does not think with the mind solely; one thinks with the entire fleshed existence.3 Here the body engages in acts of mutual interdependence, in collaborations and symbiotic relationships with the minerals, microbes and all the revolving cells that enable its subsistence over time. Our skin is porous, its fabric made of and enabled by its many-headed constituent elements. The skin as a porous organic boundary, placing our bodies in a direct connection with the environments in which we are situated, and in which life is produced. As living forms are not simply found in a given environment, but rather have ended up making it (and that includes humans).
The aesthetic registers employed in the work of Bea Bonafini are informed by and reminiscent of those manmade environments defined by concepts and notions of comfort, decor and domesticity. Transposed to the time and space of the exhibition, one may however experience a certain unease to the extent at which the visiting body is intimately implied and considered integral to the attraction value of these works, and is somehow withheld to comply with their luring and sensuous requests. Balancing between functionality and aesthetic, the perception raised may be one of the human resting all too comfortably in its category of being, whereas the relationship between the body and the work is constantly in the process of becoming.
The artistic practice of Maje Mellin is haunted by ghosts (and their anatomy), jellyfish and worms, disembodied heads and other body parts. One could argue that Mellin employs the act of drawing as an  expanded site for the embrainment of the body and the embodiment of the brain: simultaneously expanding the medium mentally and manually, unhinging the morphology of different bodies, decontextualising and relocating them into a narrative—not necessarily linguistic in nature—space of speculation and fabulation, inhabited by different poetic characters. A space in which drawn objects become their own subjects.
Perhaps not dissimilar, the work by Bernice Nauta is inhabited by characters. Or, in other words still, the works are relics and remainders from the stories of the protagonists she puts forward in her practice. These characters—with traits, characteristics and essentially lives of their own—form a fictional autobiography, found somewhere on the distorted conjunction of a mirror and an encyclopaedia. In portraits and scenes, videos, fictional newspapers, sculptures and fabricated props, she shows glimpses of the characters, in which the viewer is invited to construct and knit together the shattered story lines. As a merger between a partially reflected self-image of the artist and a group of fictitious characters (that seem mighty real nonetheless), the work becomes grounded in the idea of the subject and the self as being an unstable category. Personality and selfhood are fragmented; a single mind fraught with countless heteronyms possessing agency of their own.