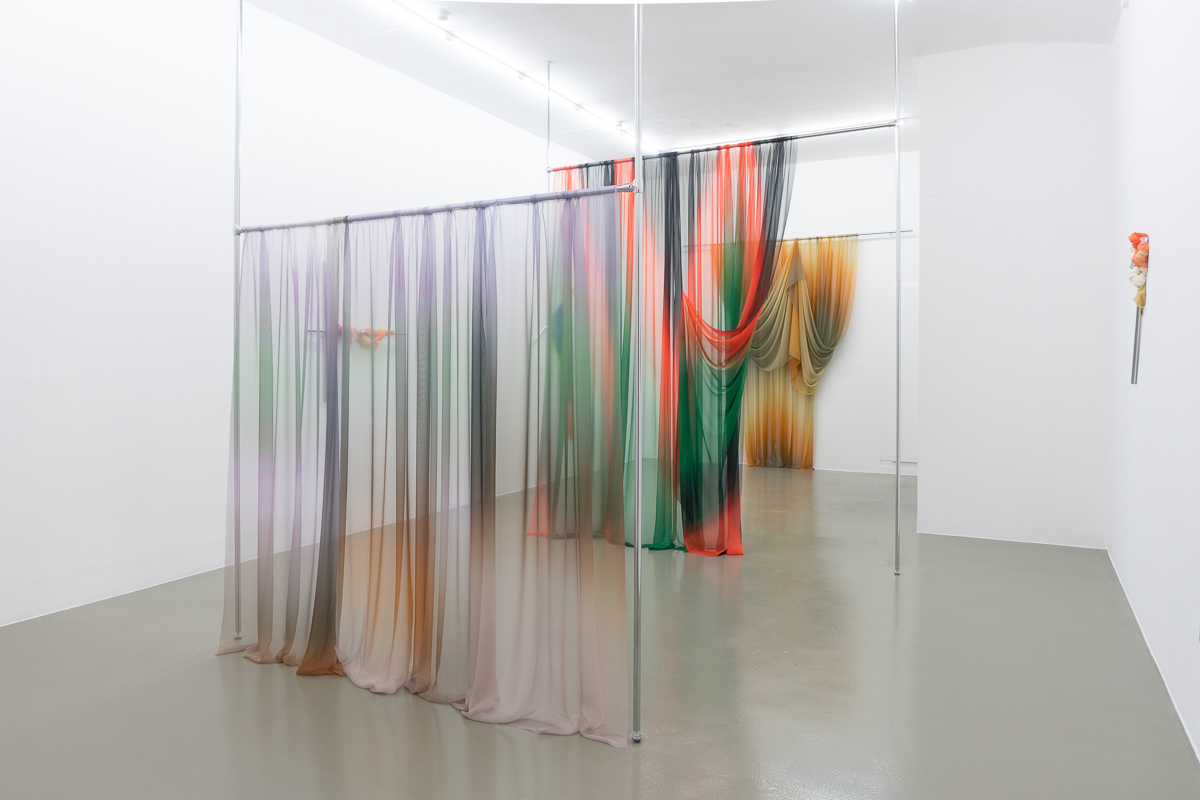 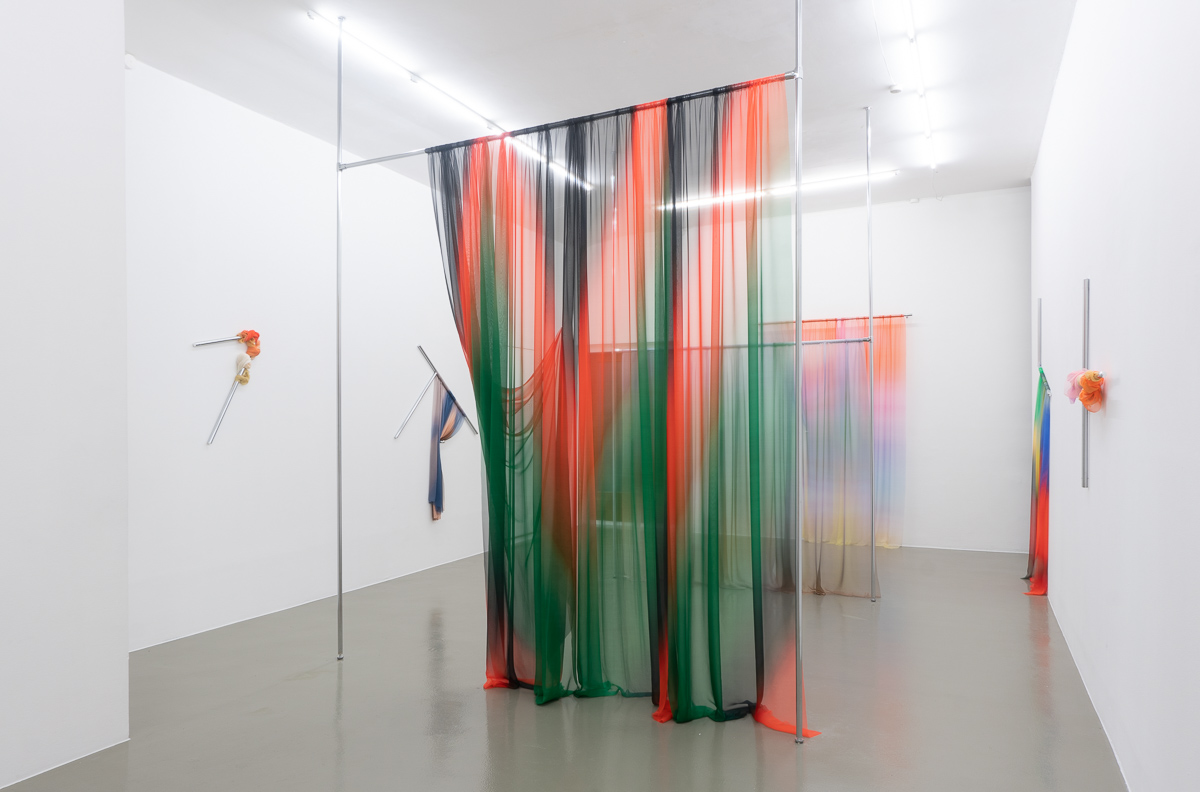 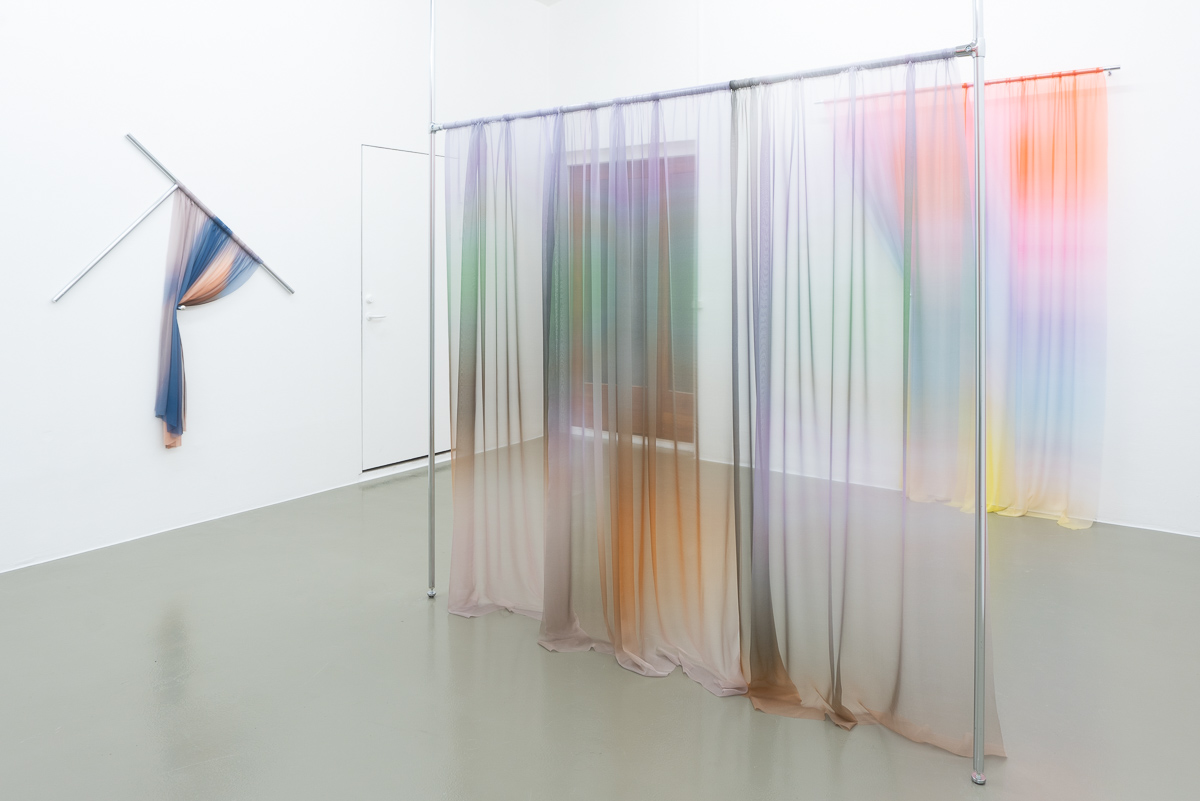 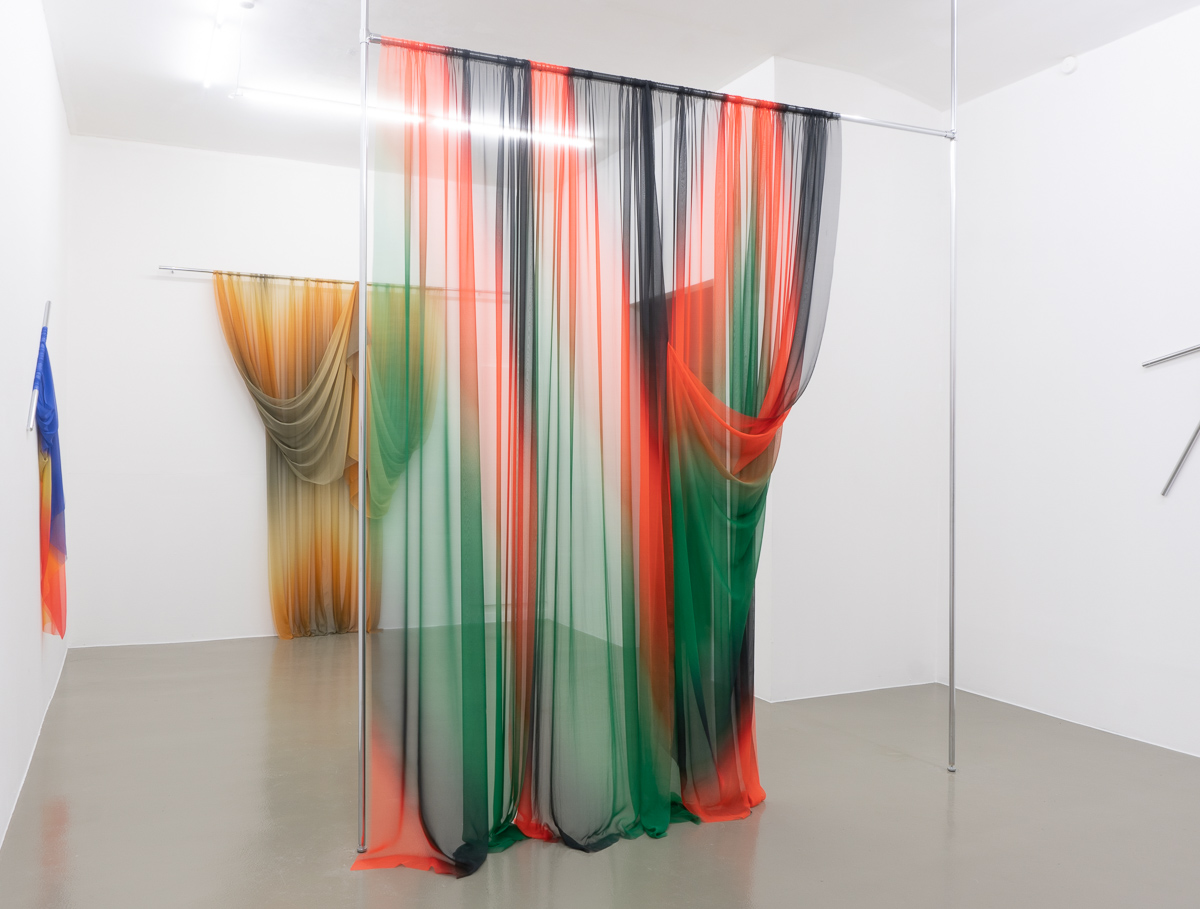 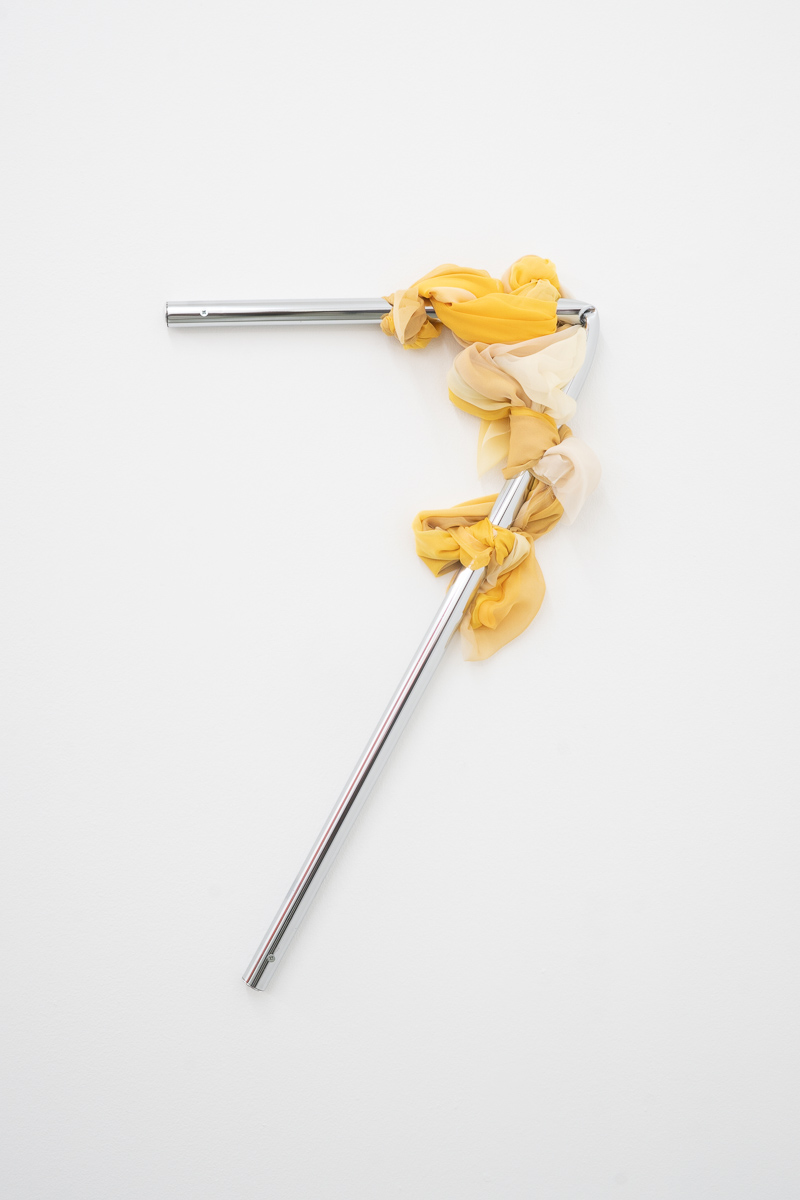 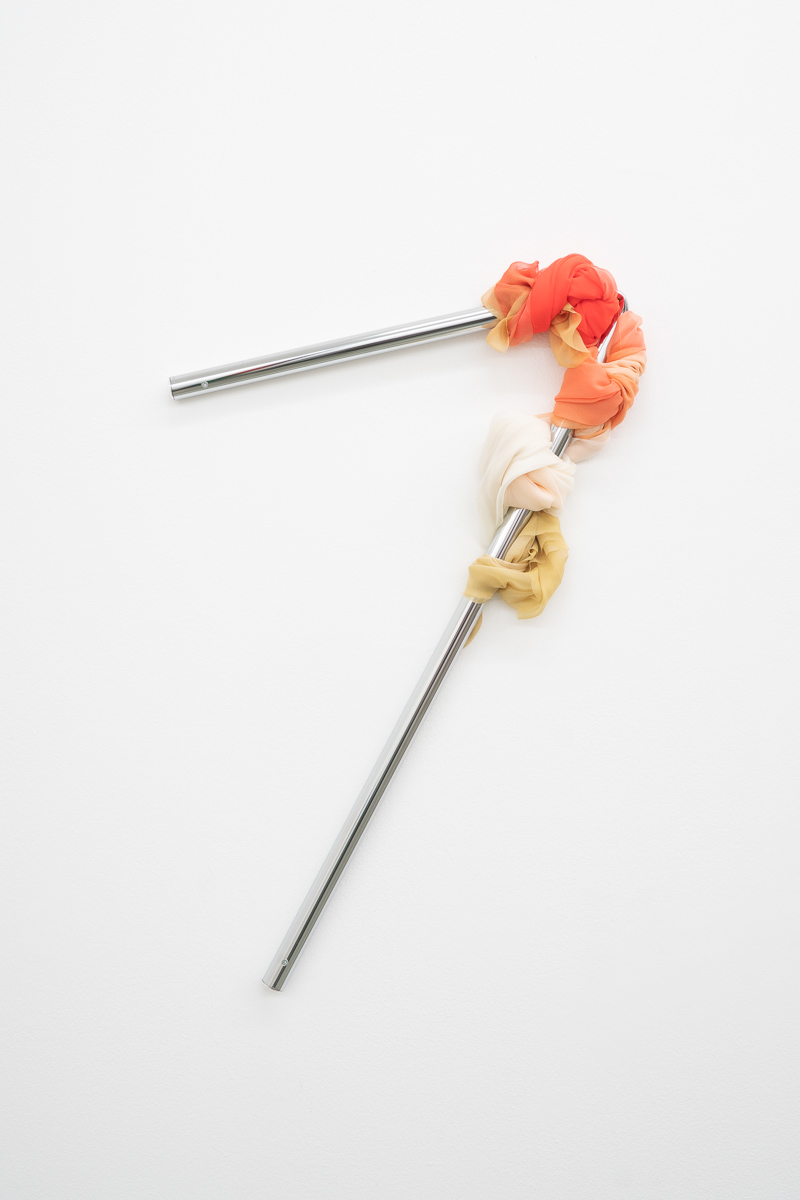 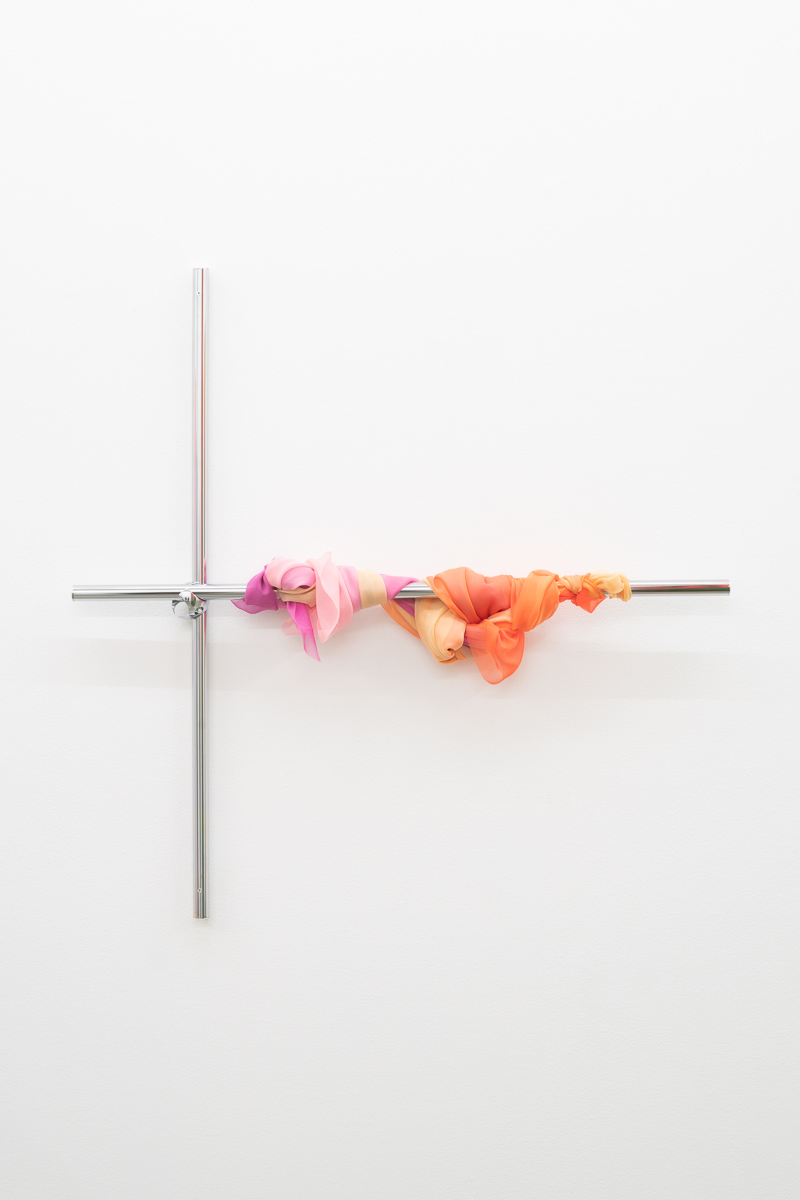 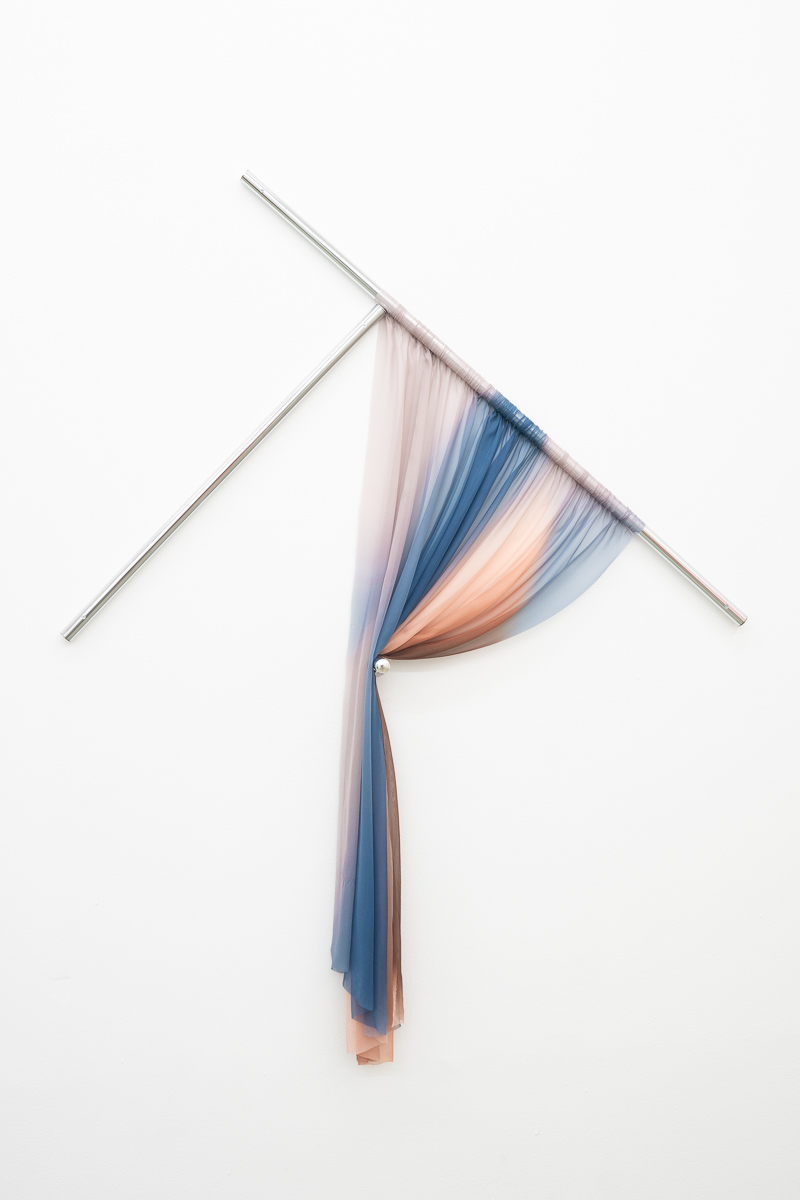 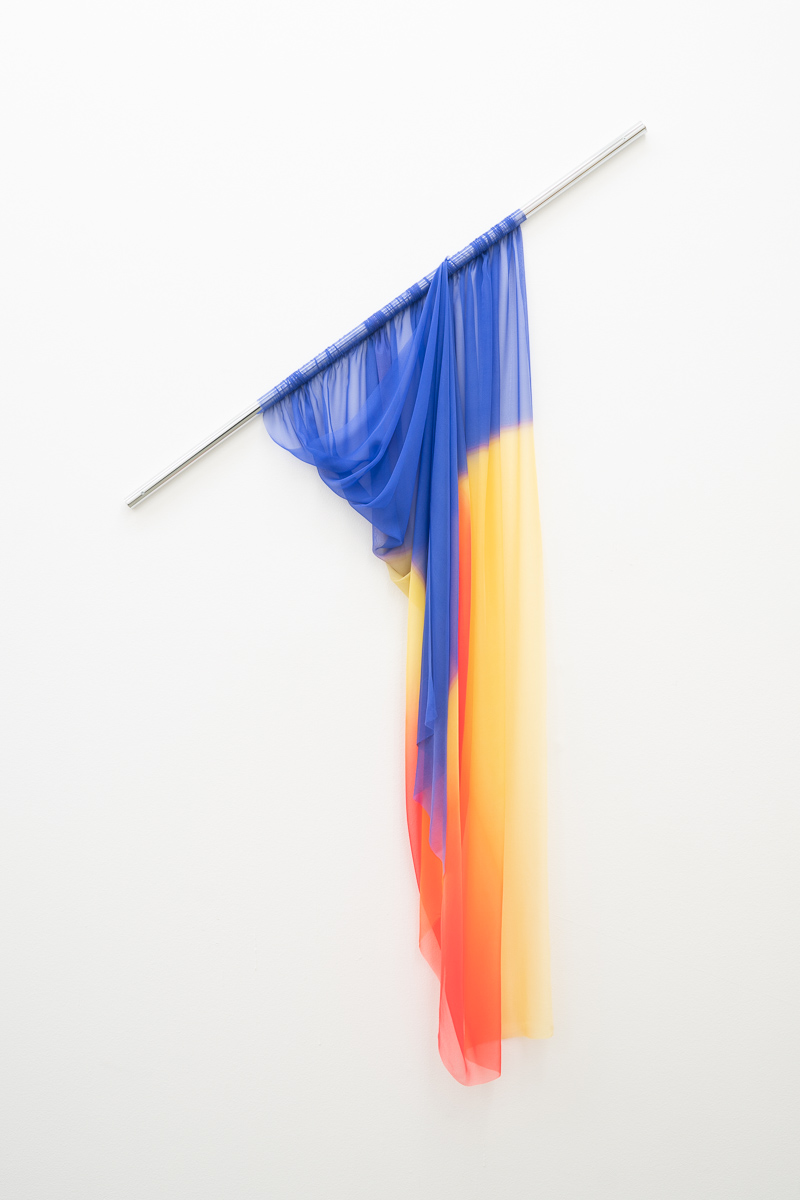 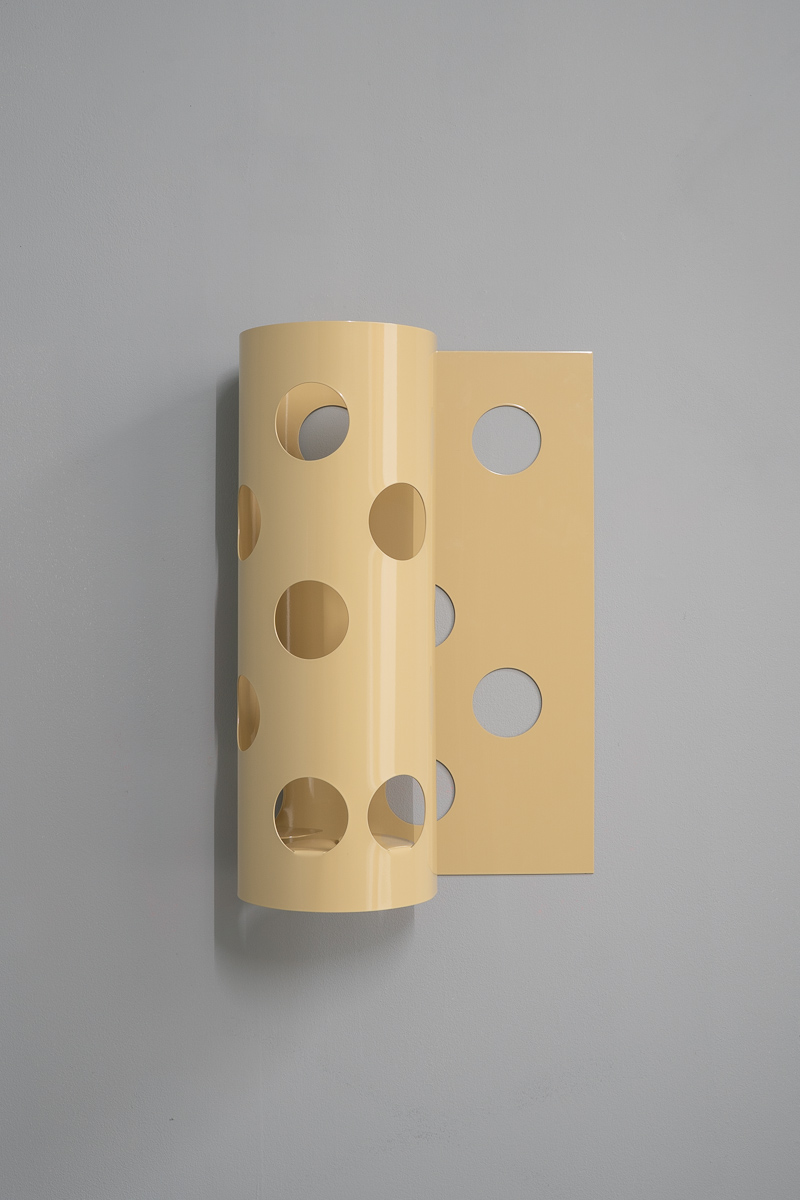 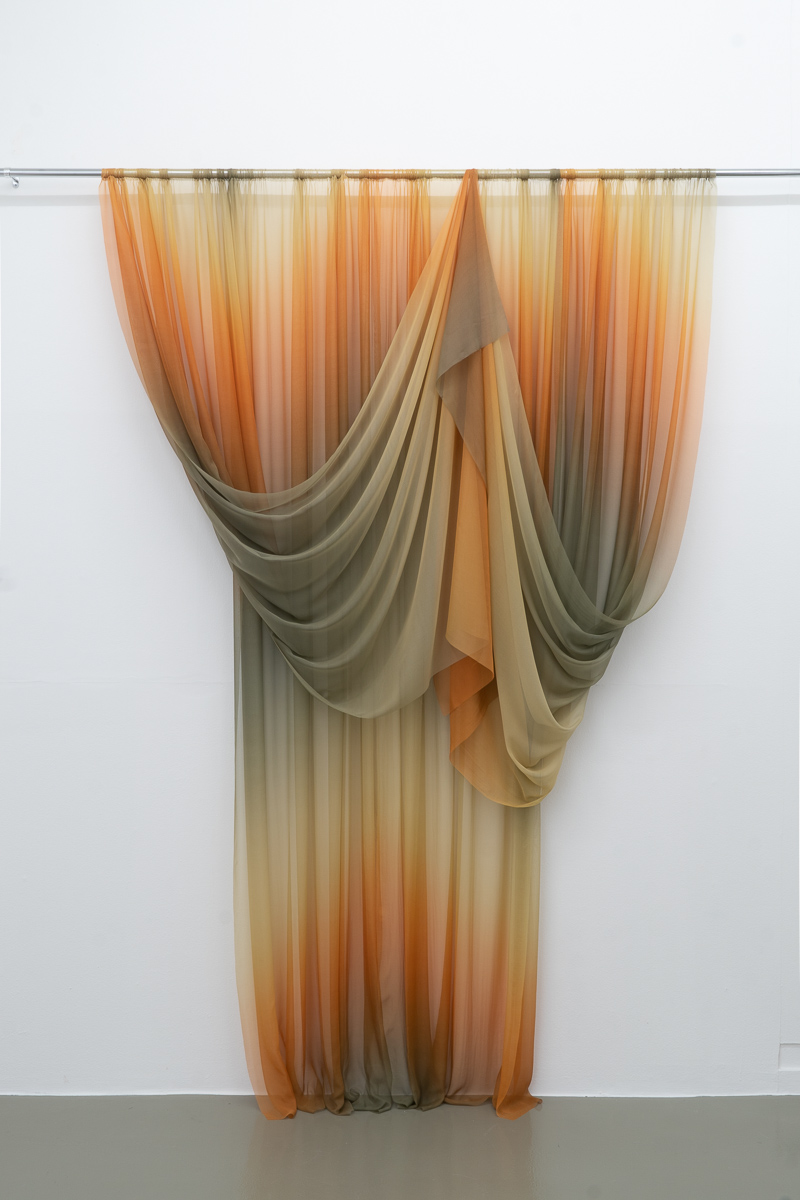 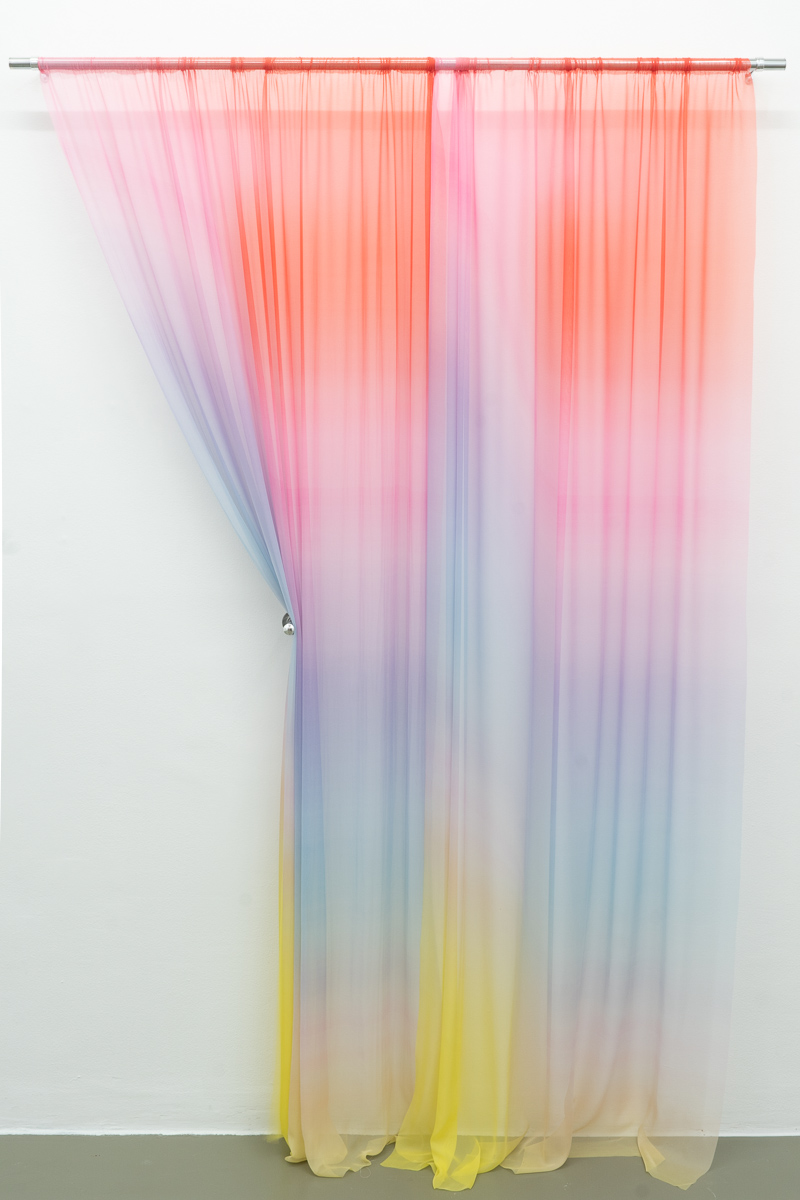 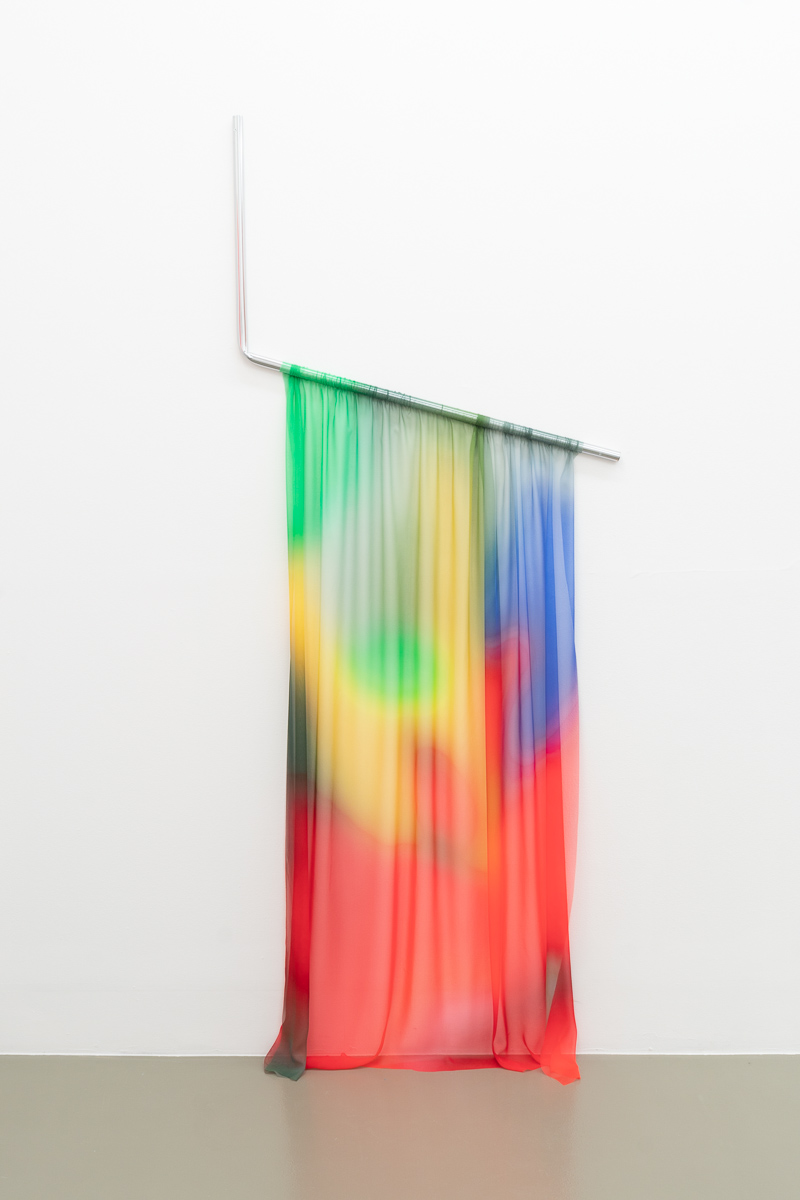 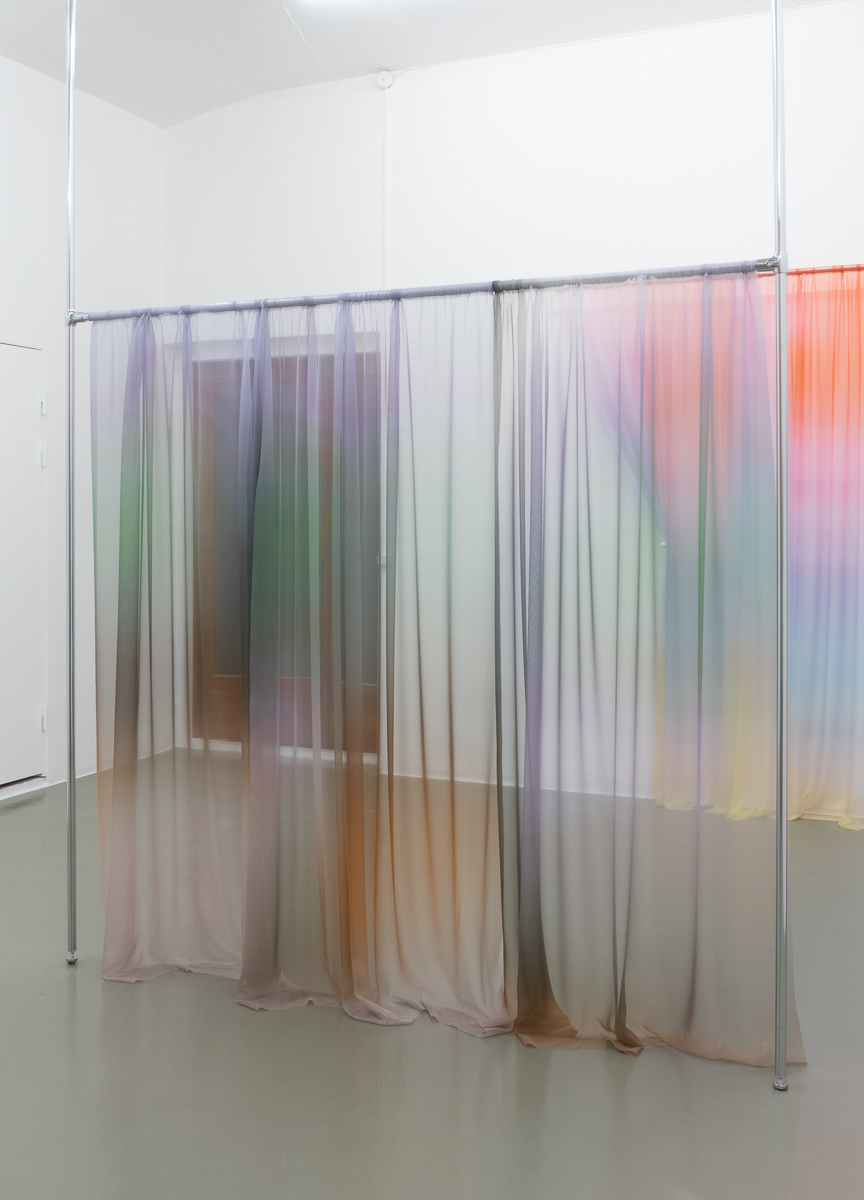 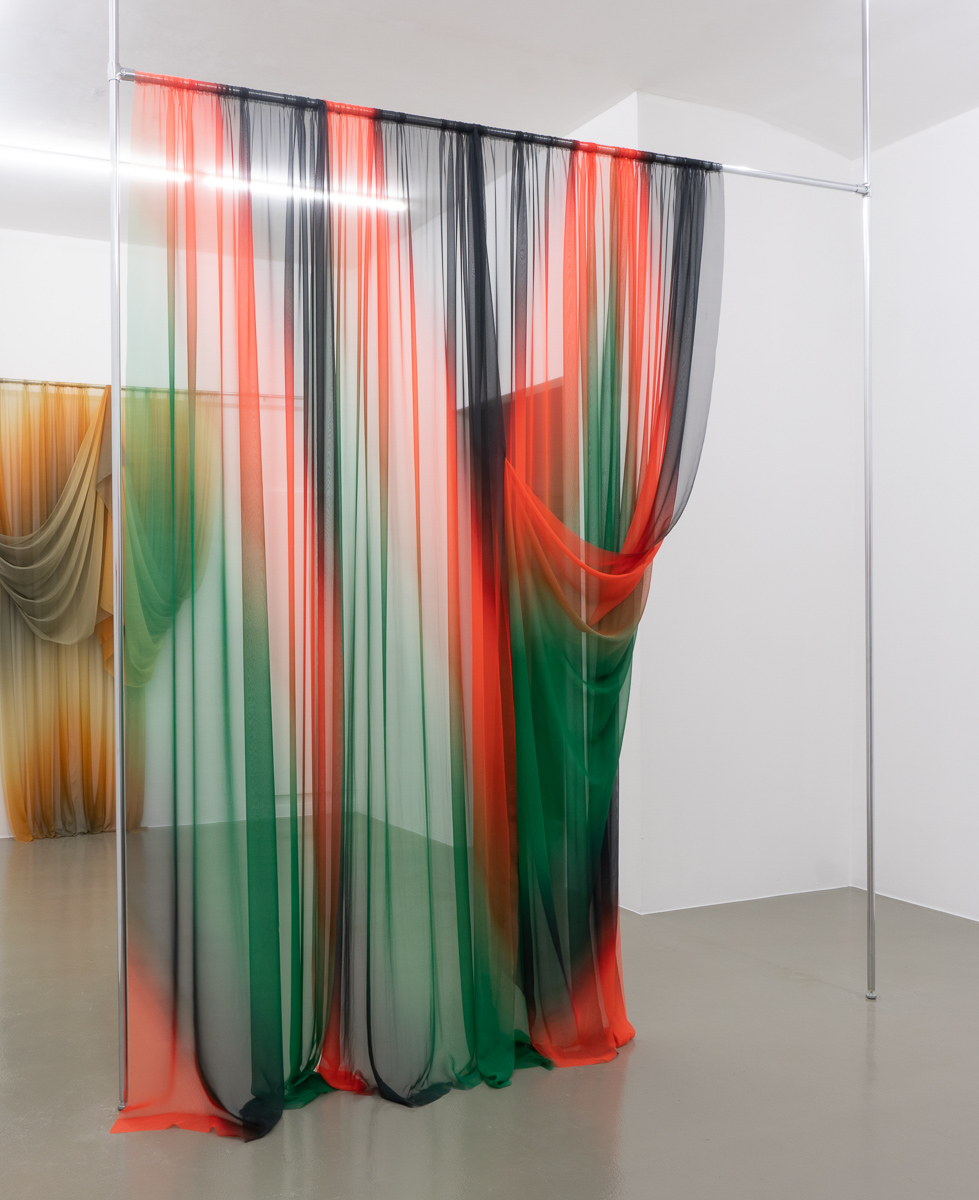 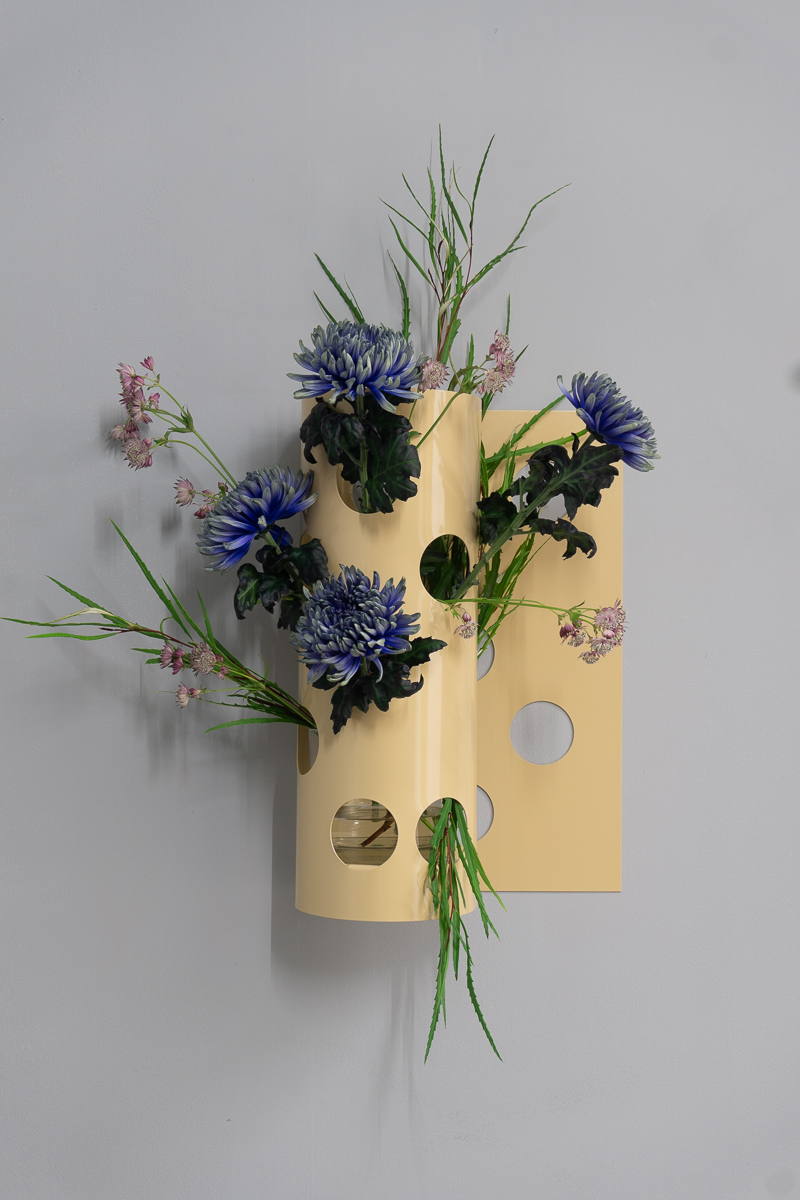 Hello Peter, hello Andreas,
I would like to introduce you my new show with a picture I took with my friend Joan Braun. I think it’s a delphinium. You know how much I like flowers. As a sculptor, they are to me the perfect creation. I like this image because it shows a sculptural form of beauty, lightness and queerness, three important qualities that I’m trying to achieve with my work. So this exhibition is entitled « Collection » , a term used both in the art world and the fashion industry. I want to present something very pure : ten new draperies, ten compositions of colours and shapes made with steel and silk. « Collection » is also an exploration of references that deeply inspire me.
For example, you’ll find a piece dedicated to the Rose of Versailles, a fictional character created in 1972 by the mangaka Ryoko Ikeda. The story focuses on Oscar Francois de Jarjayes, a girl raised as a man to become her father’s successor as leader the Palace Guards, before and during the French revolution. Another one is an hommage to Brian De Palma, probably one of my favorite director, and his (underrated) movie « Femme Fatale ». There’s also a drapery dedicated to the iconic image shot in 1980 by Richard Avedon for Calvin Klein starring Brooke Shields. Everything I like is in this picture : choreographic composition, diffuse sensuality and minimal references. The quirky pose reminds me the delphinium ; sculpture is not about being unalterable, it’s about movement and balance. Fun fact : my very first drapery in 2012 was also an Avedon X Klein picture, but this time with the model Patti Hansen…
Well, I don’t want to ruin all the surprises so I give you rendez-vous next week to reveal all the pieces and the secrets of this collection!
Love and ice cream,