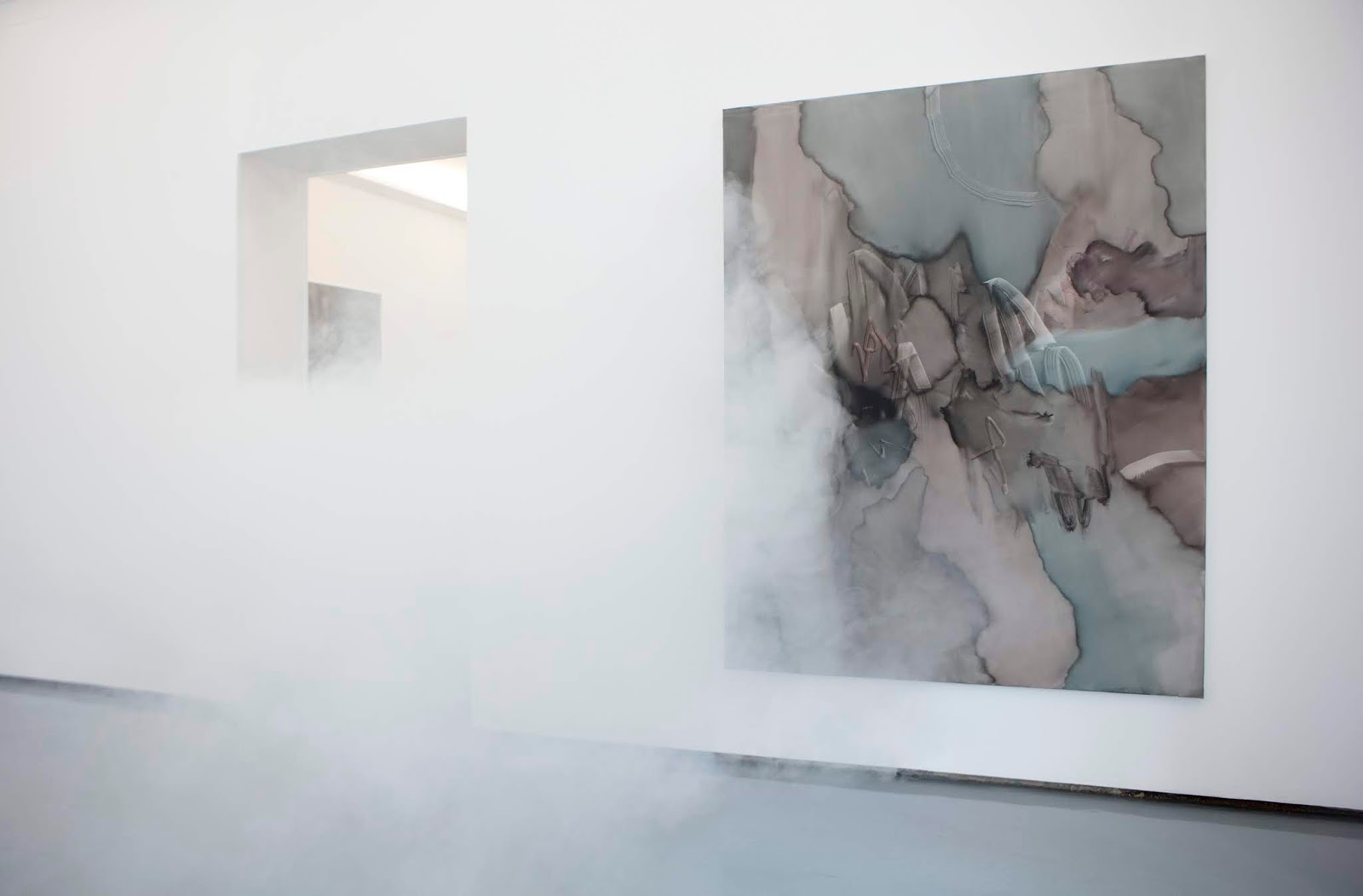 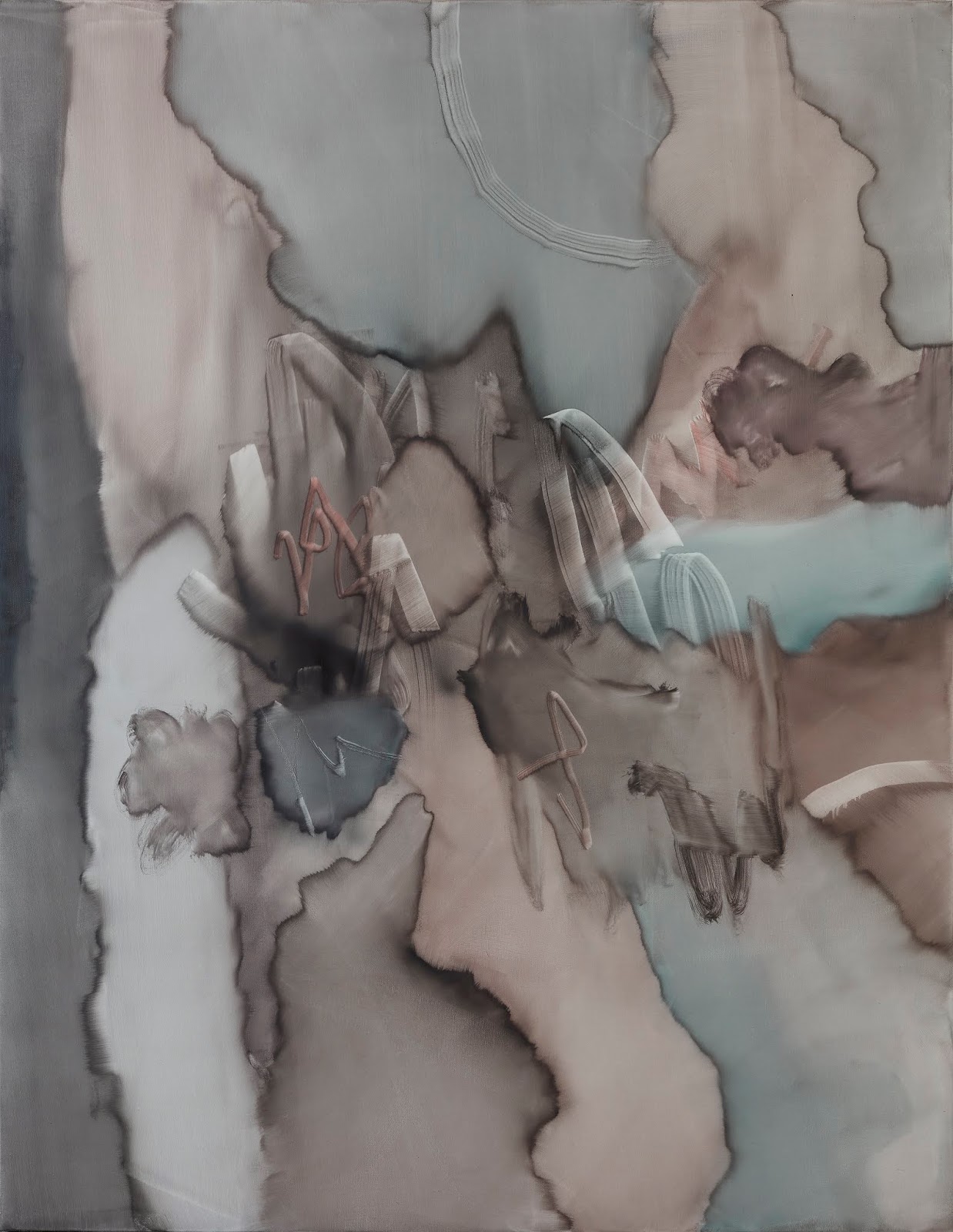 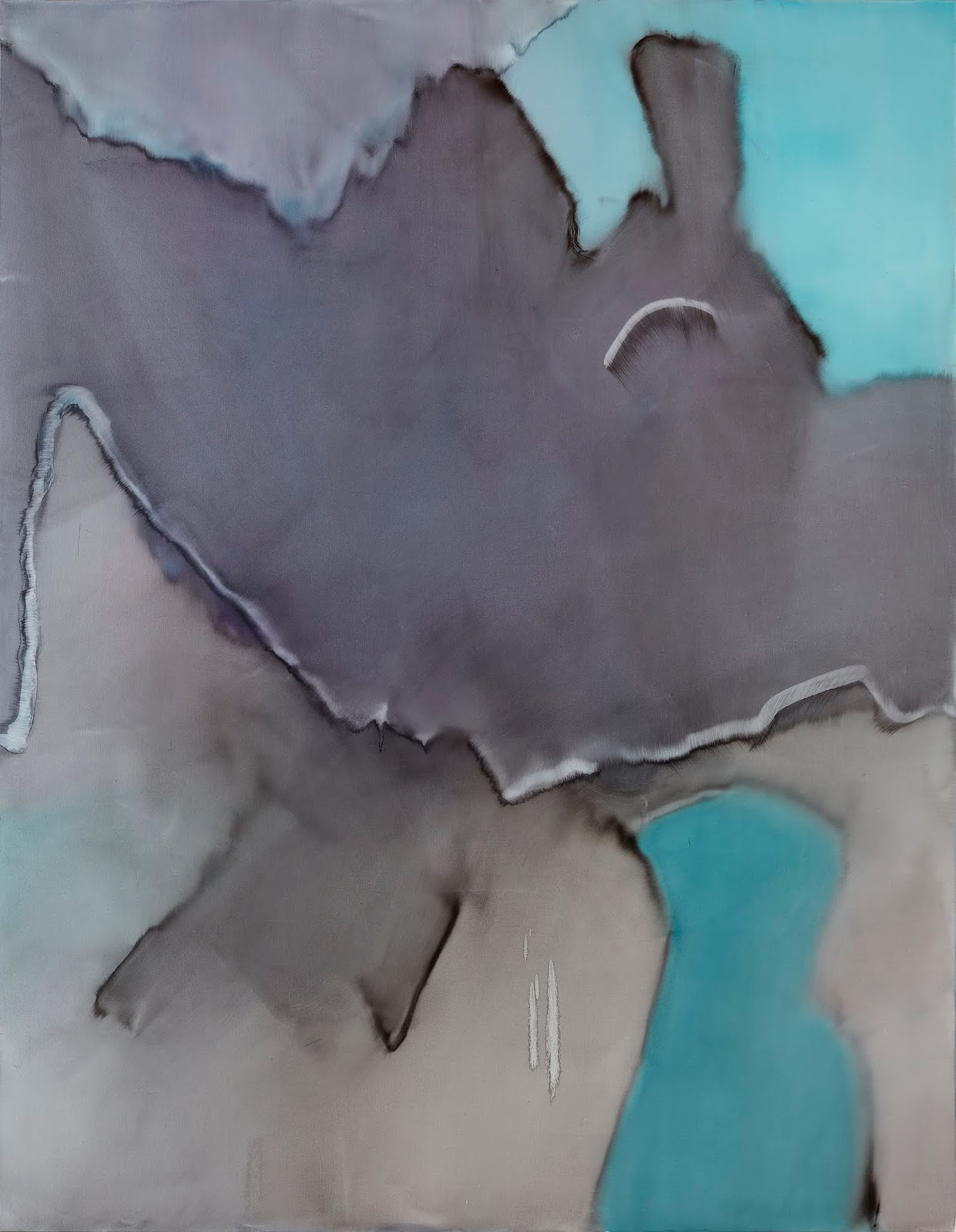 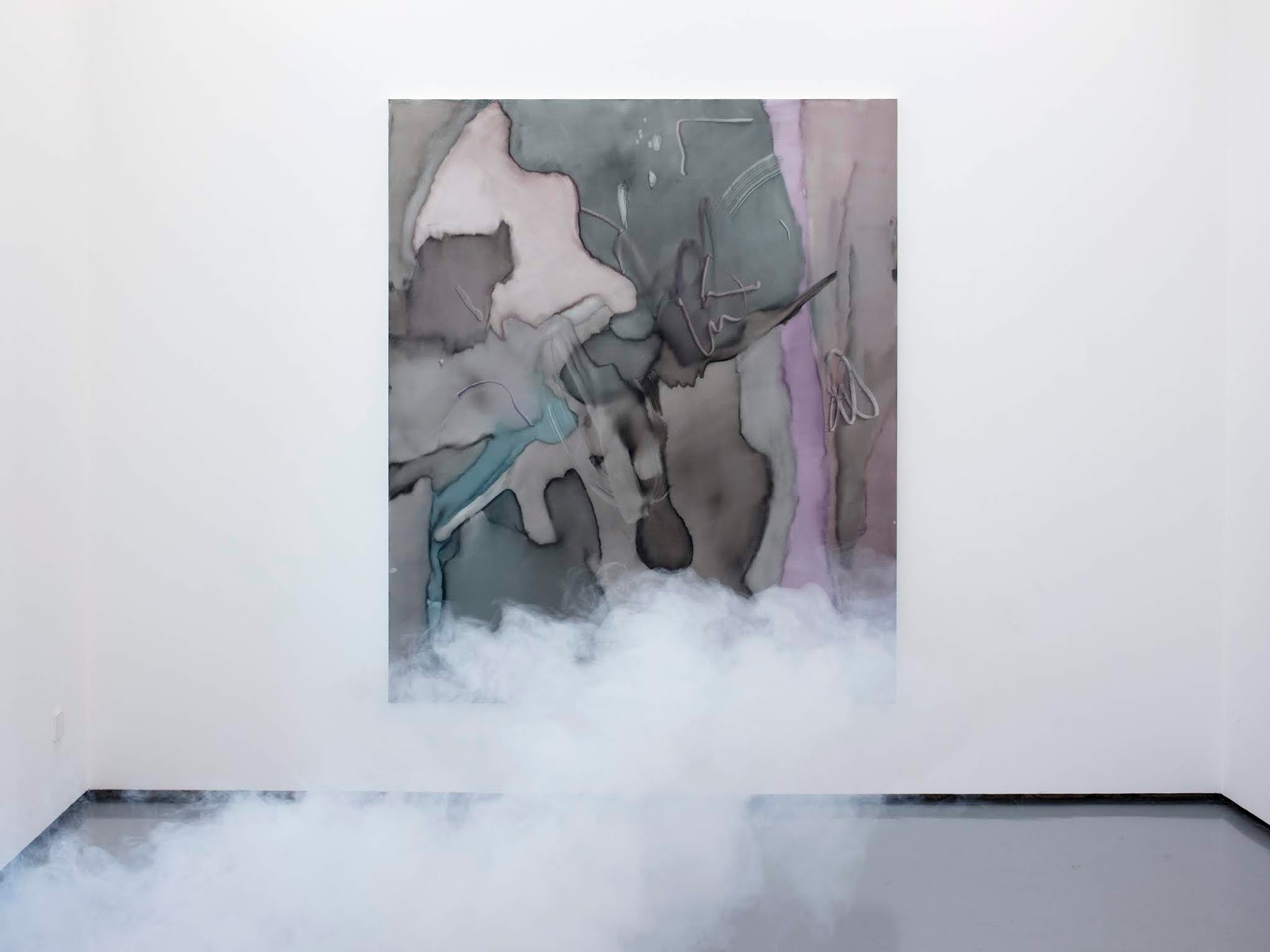 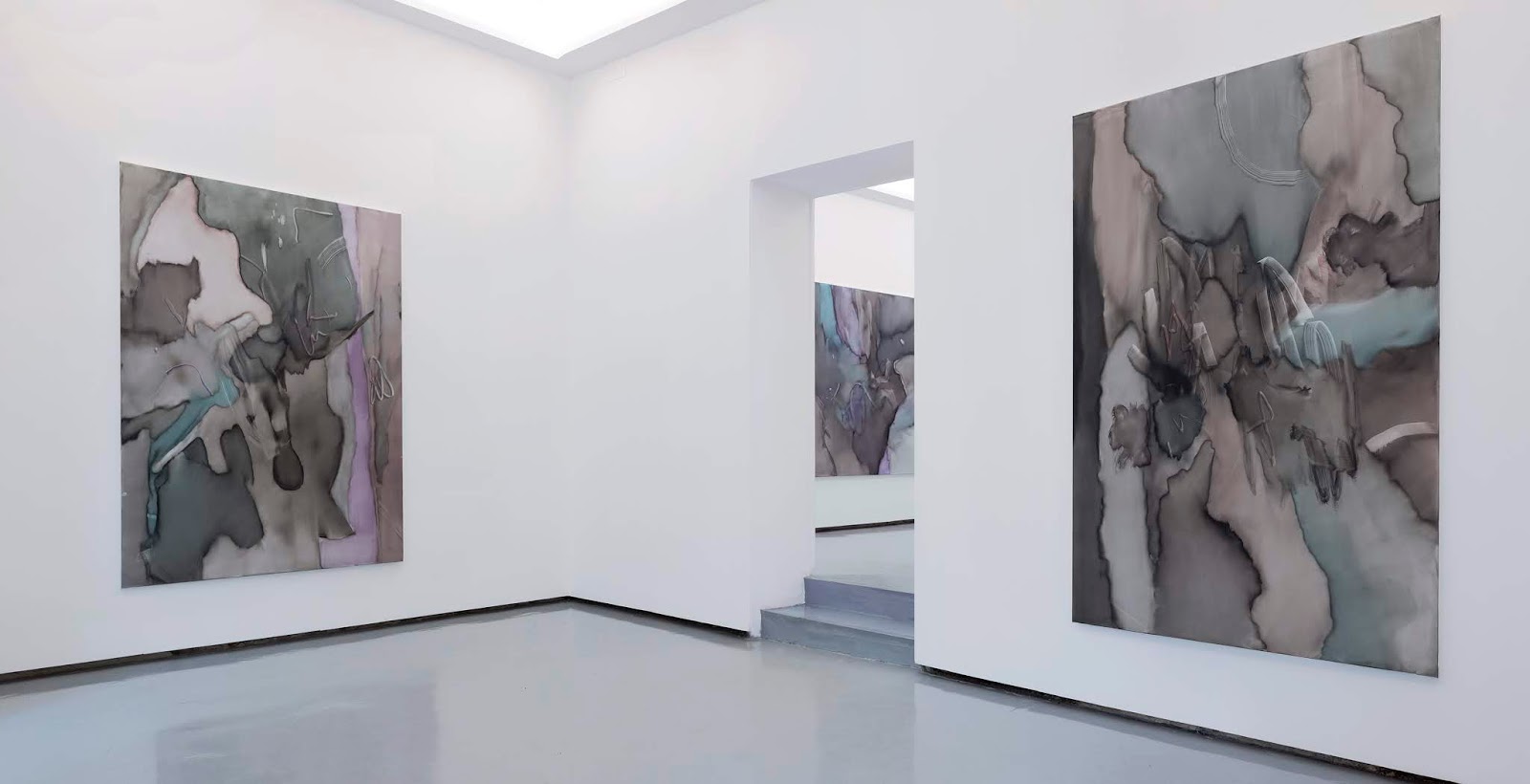 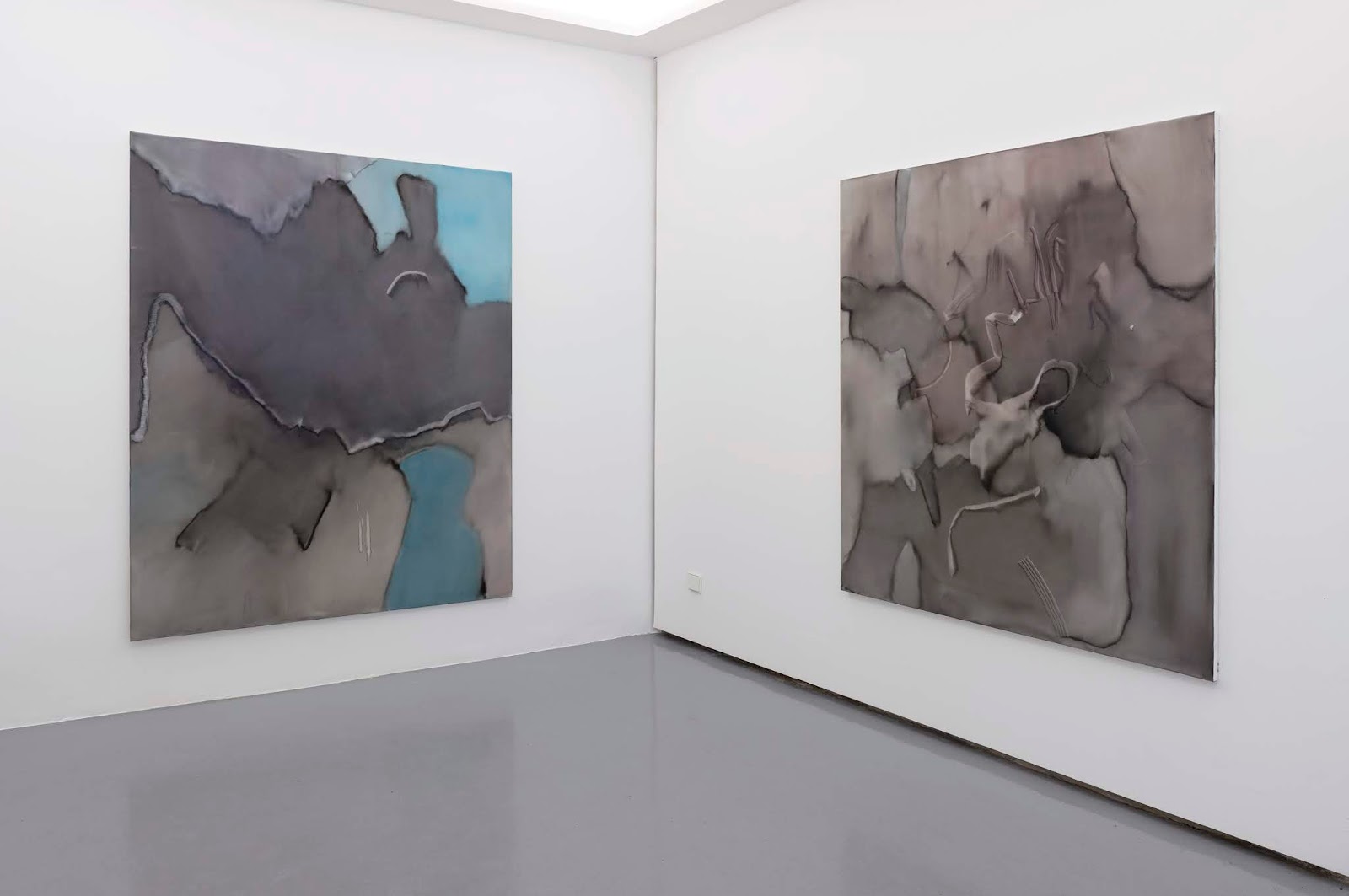 “After dreaming; the unfocused ceiling, between pillows and flat worlds. An abstraction against the light. Just as I make it out, it fades away. Consciousness has still not kicked in. Almost a floor, almost a wall, almost a corner. A line, a second and the morning hack. Toothpaste, gel, circular movements, foam, solid, solid in the faucet. Time has passed, there is always something that fades away. Brick red, earth red, twilight red, the sky on the right of the sky on the left and in the middle the sky in stereo. Signs that things happen, the kind of signs, through violence, through time, that are erased, or flattened, others expanded to create boundaries, others smell like mint, others taste like strawberry, others leap and fade away. From the tube of Signal, over 5 rooftops, to the papers I signed and then to the garland of lights. It’s almost that, similar, but always changing. It’s in a nightclub, in a bed behind the smoke, it’s in deformity and it’s among the drums"