Rage and rhetoric are a product of the same substance, both directing the gaze towards the ephemeral.
If the first one often has its legitimate nature in an outraged answer to abuse, the latter drowns in a moralistic consolation that ends up tripping over the tangle of its own complications.
But “Morality is always asymmetrical, it generates as an expression of unbalanced strengths, not of ethics ”.
It mistakes emancipation with conquer and transforms public disdain from resource to simplification. Thus saving the trouble of a resolution.

But the unresolved remains and echoes endlessly, finding again the urge to manifest in the fury that belongs to it.
“Furies” is a show that escapes from a certain moral subjectivism and embraces the convergence of conflicting feelings, all from a female point of view.

The exhibited works share the same mood – awareness and vulnerability, but also an invitation to look to them for new healing tools.
An example is the disturbing tension sculped in Collapsed Corpse 3 [2016] by Susan Classen-Sullivan or Terrarium II [2018] by Catalina Ouyang.
Mutual [2018] by Vanessa Gully Santiago condenses the irony and sterile apprehension that outline the private sphere of her female characters.
The entangled shapes of the work of Brooklyn based Victoria Roth look like darting muscles, just as Nine Bridgled Nights [2018] by Vanessa Thill and Clock #6 [2018] by Kristin Walsh embody a deep sense of corporeity.
While New Pet [2018] by Michelle Segre, Fighter [2018] by Hayley Martell, Making Human Cheese [2011] by Miriam Simun, the penciled wall text [2018] by Hayley Martell all contribute to outline a scenery where allegorical and didactic chase each other in search of new forms of resistance that escape the risk of banality, which is natural to all categorizations. 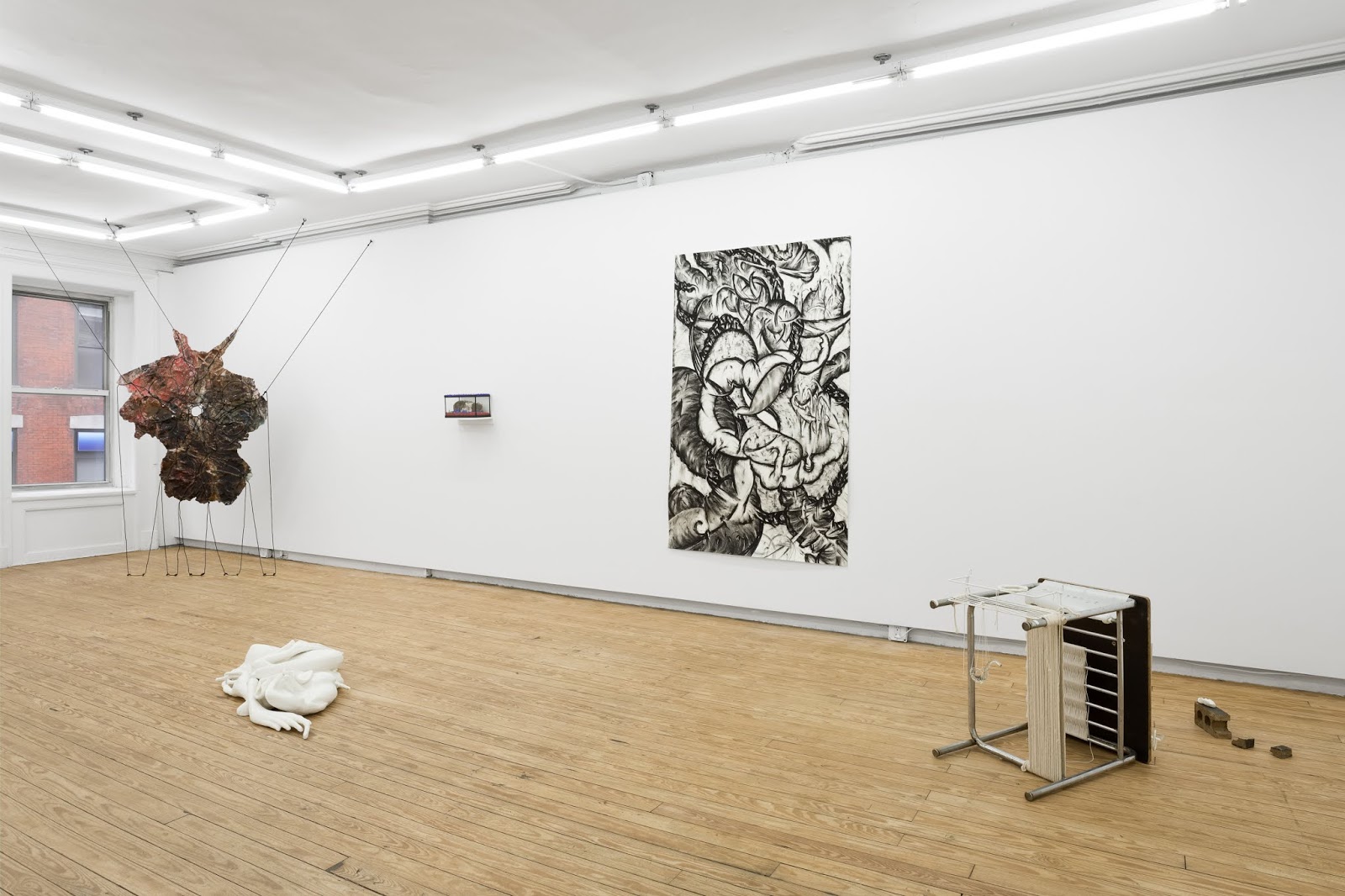 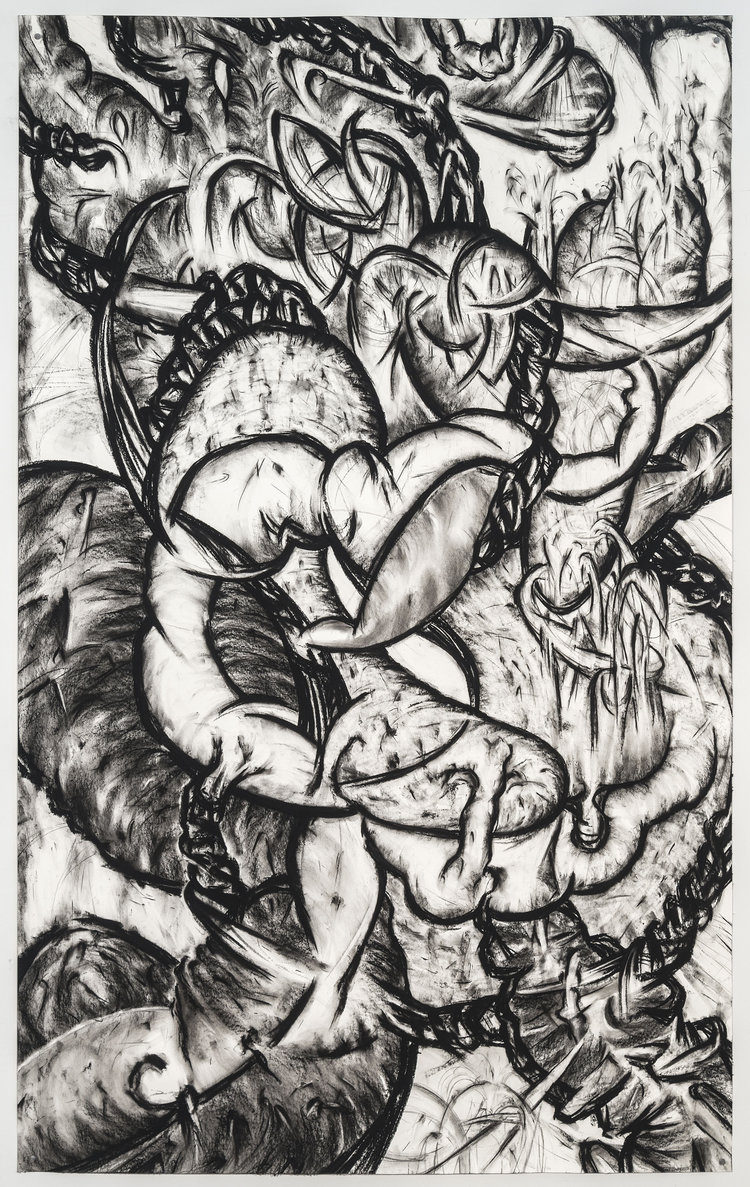 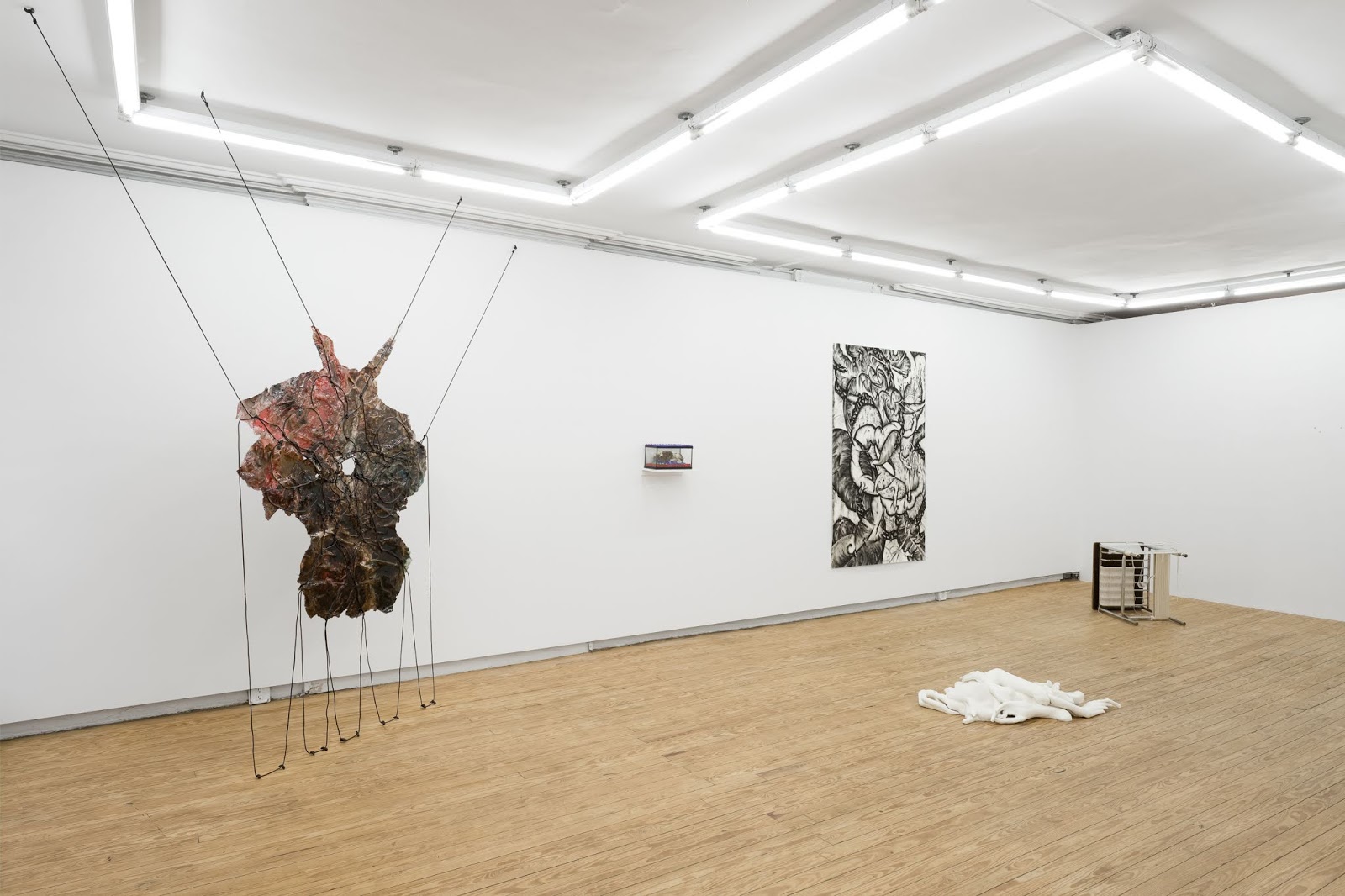 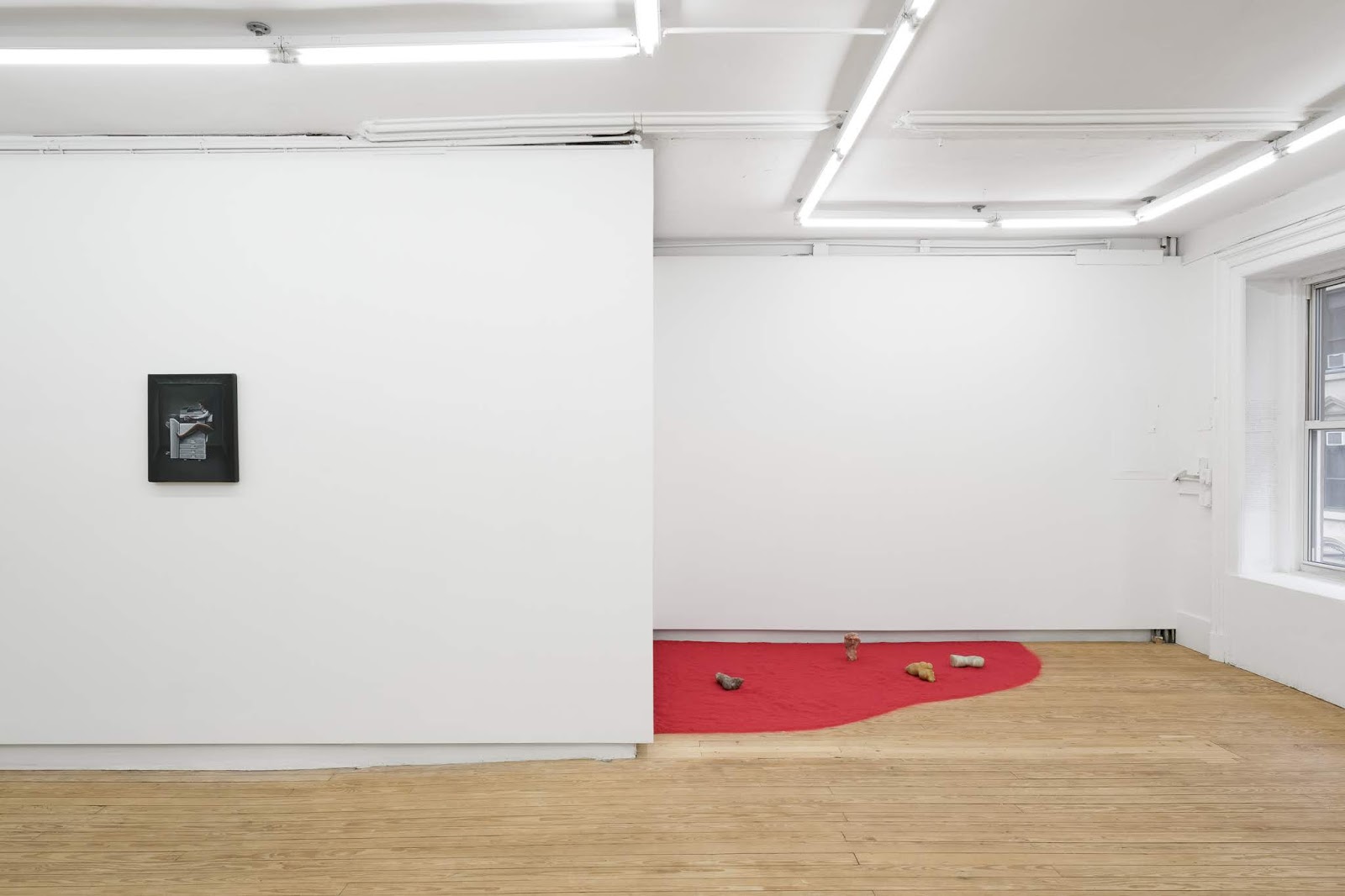 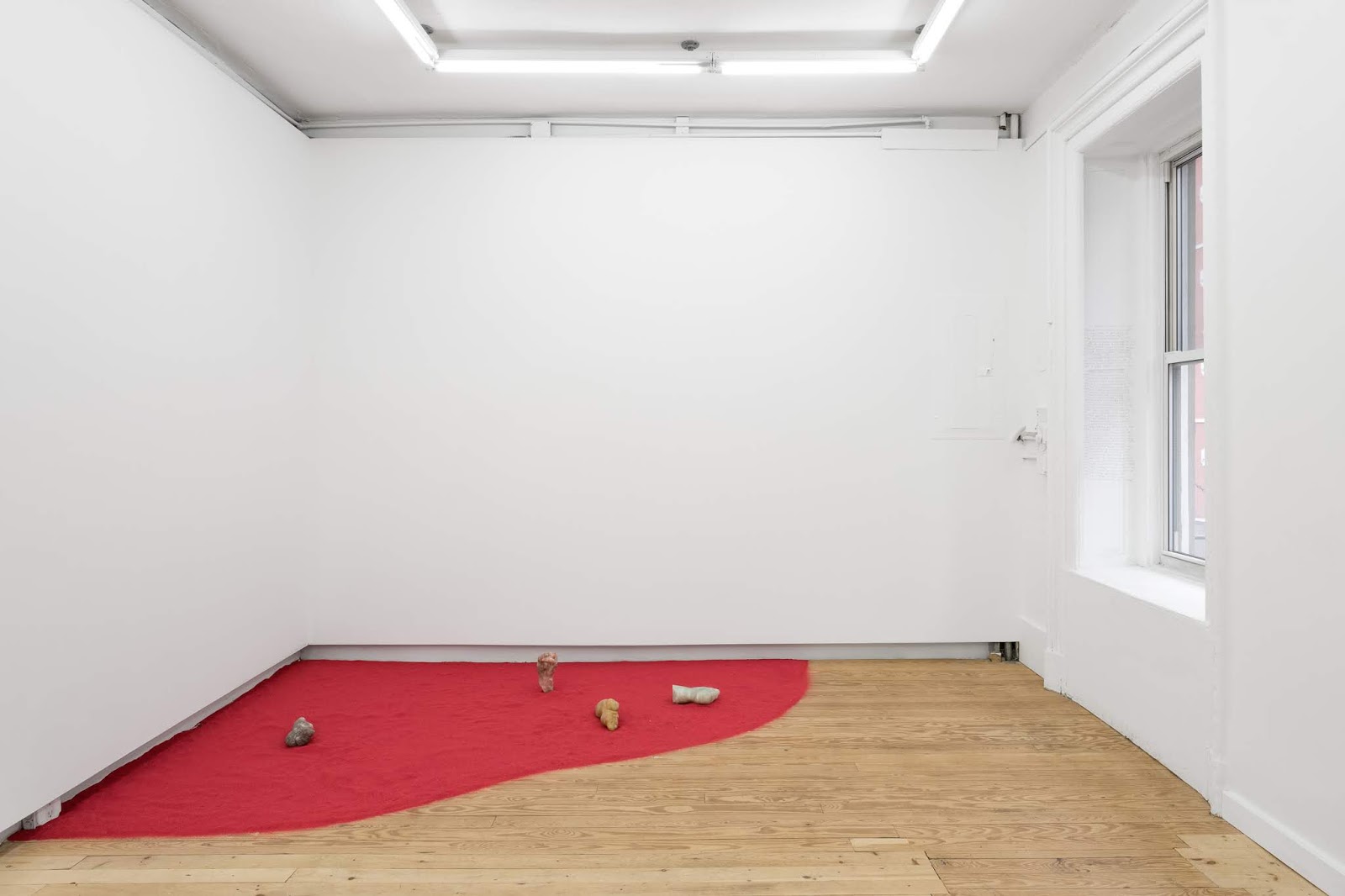 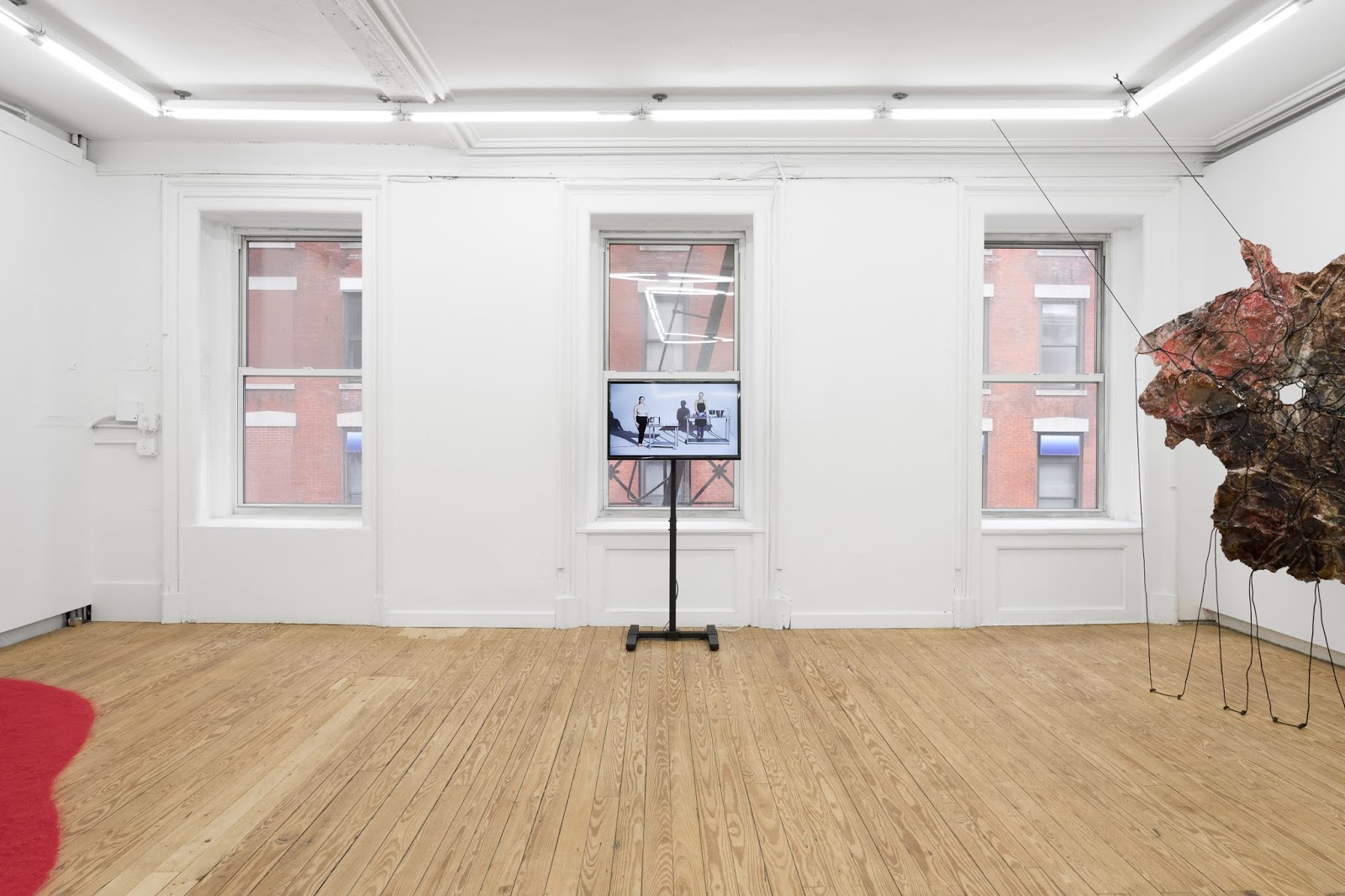 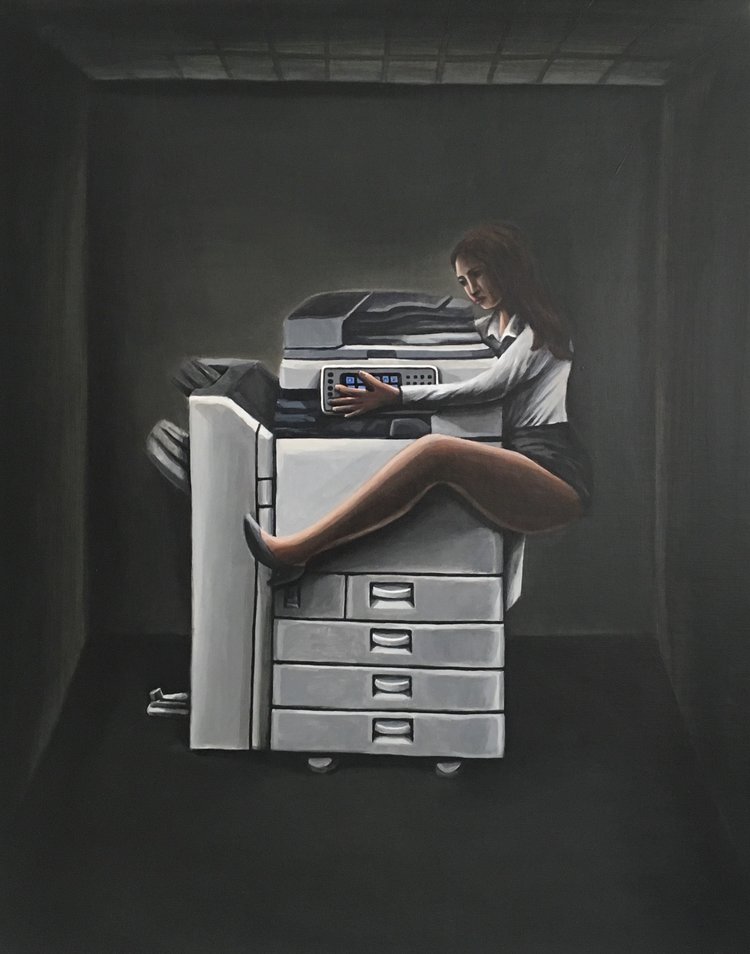 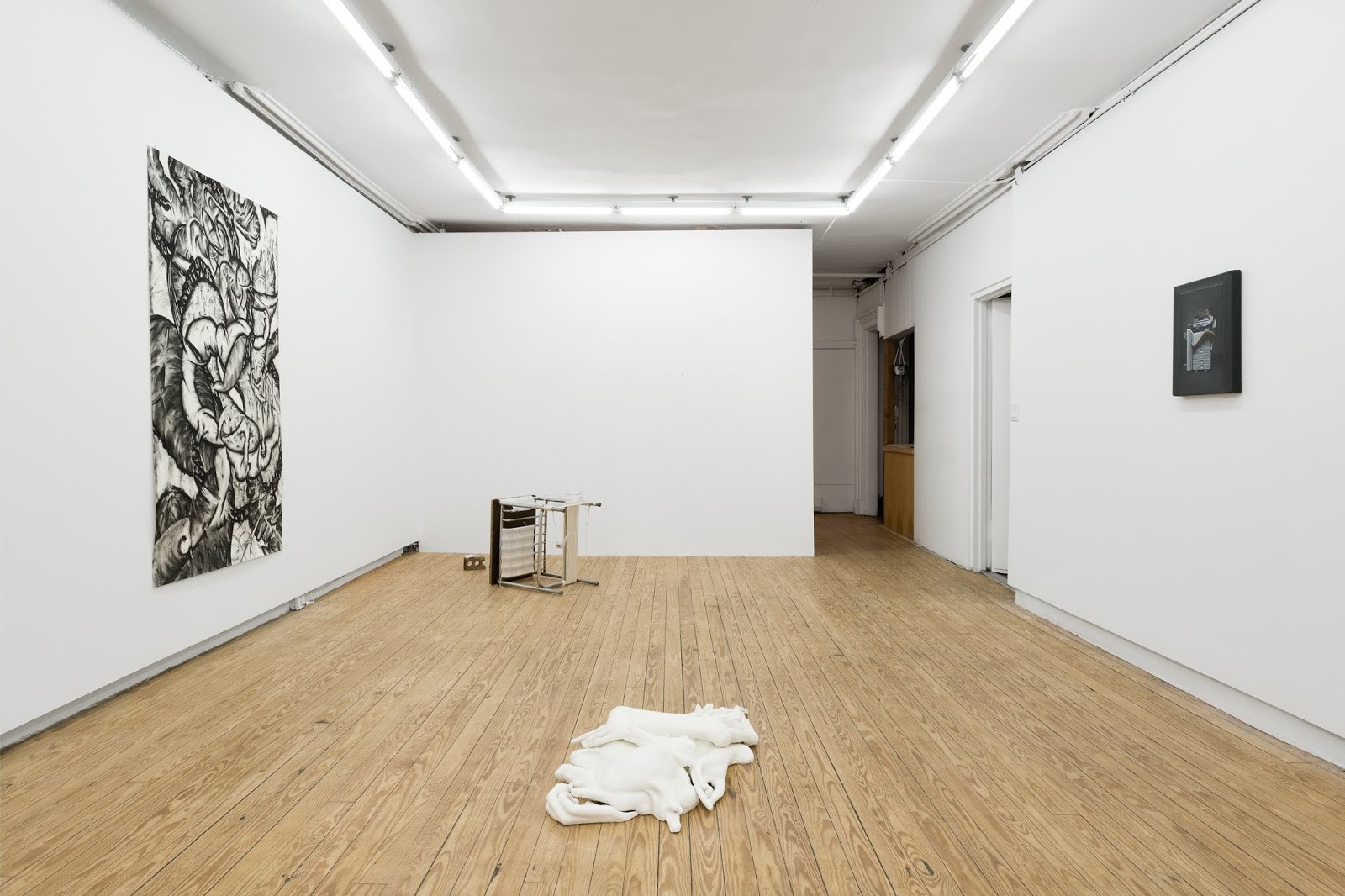 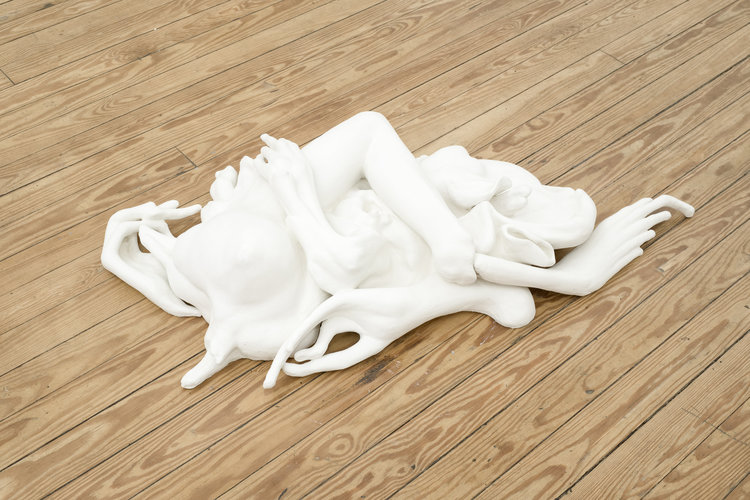 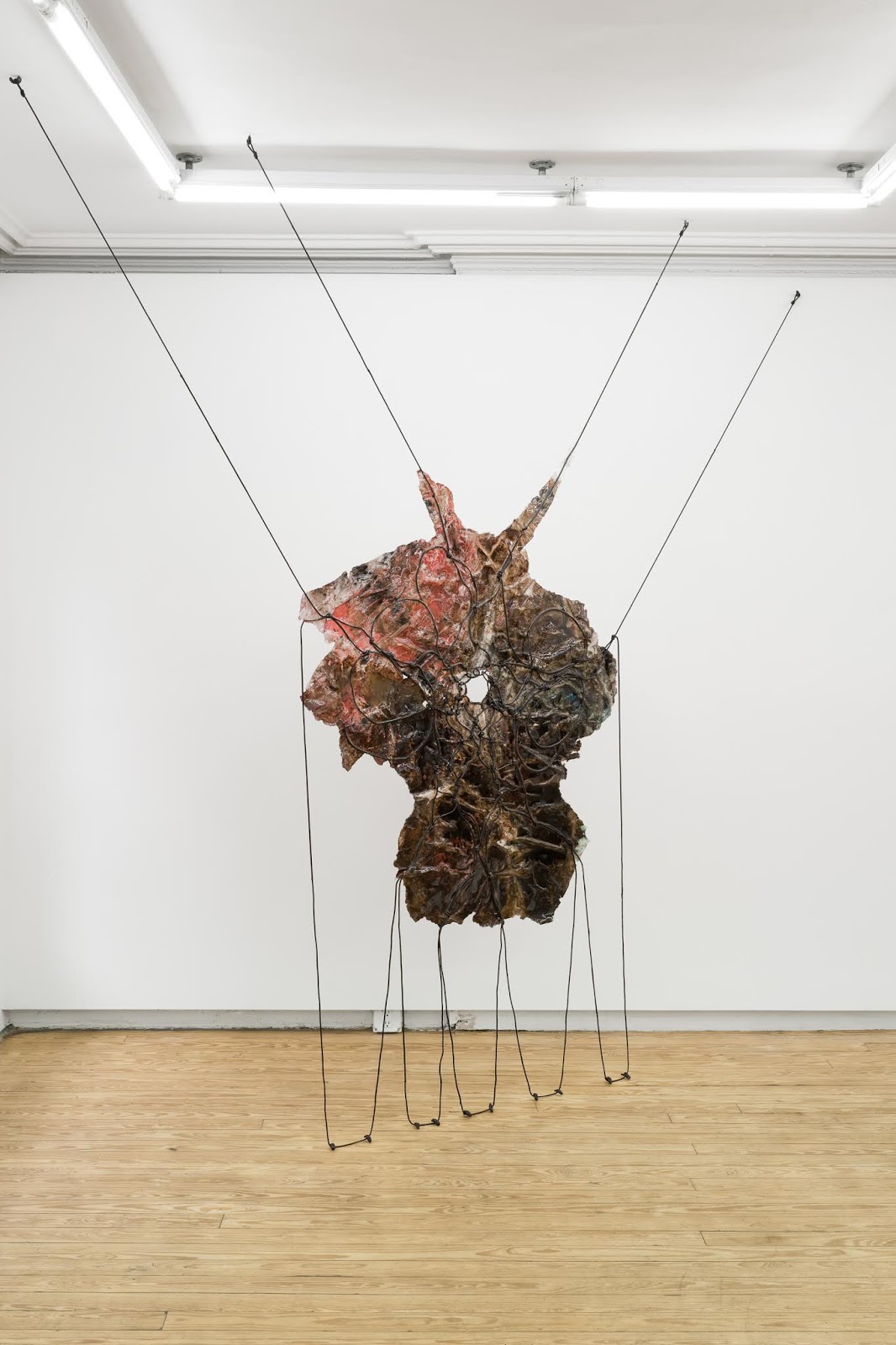 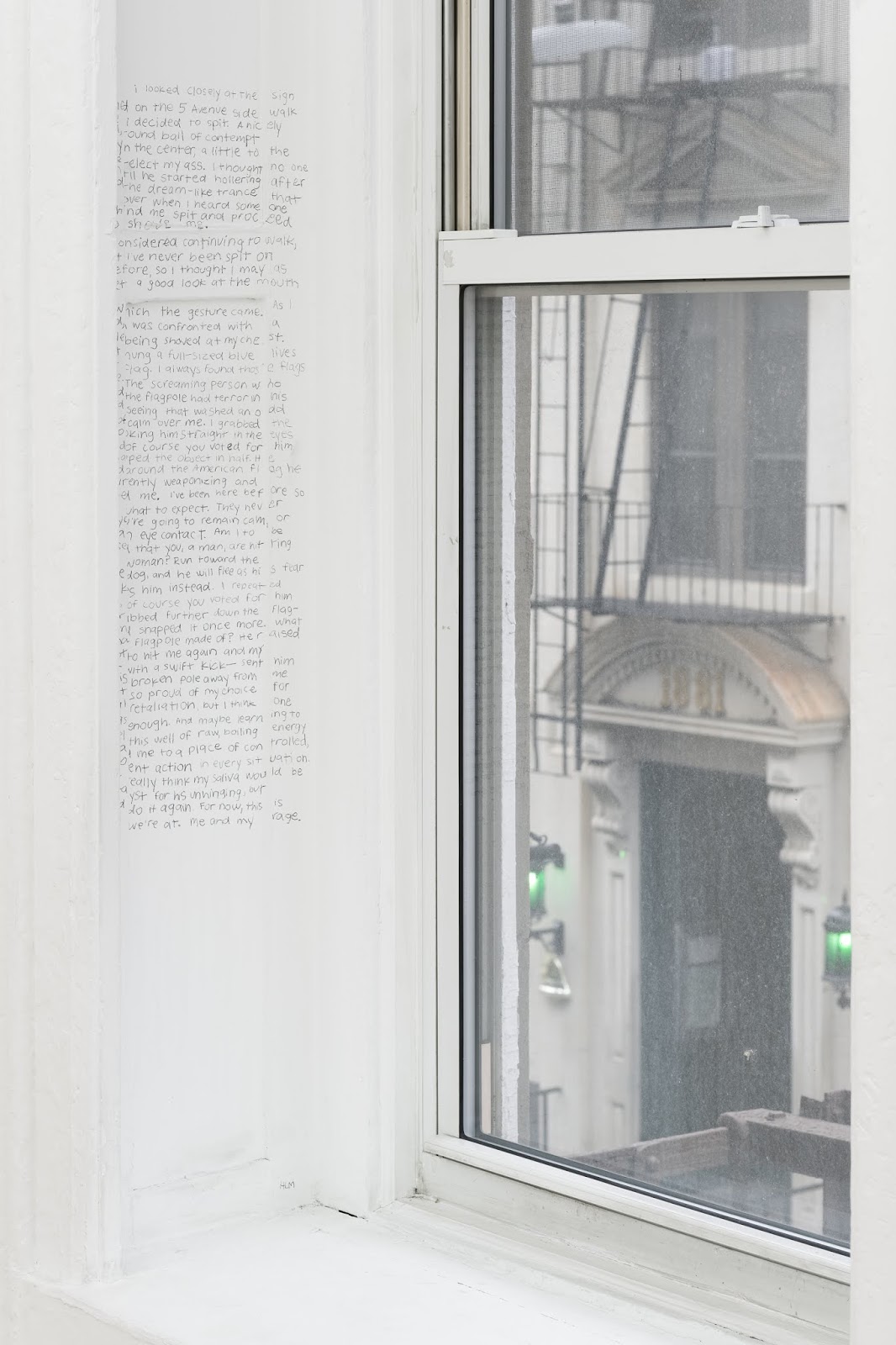 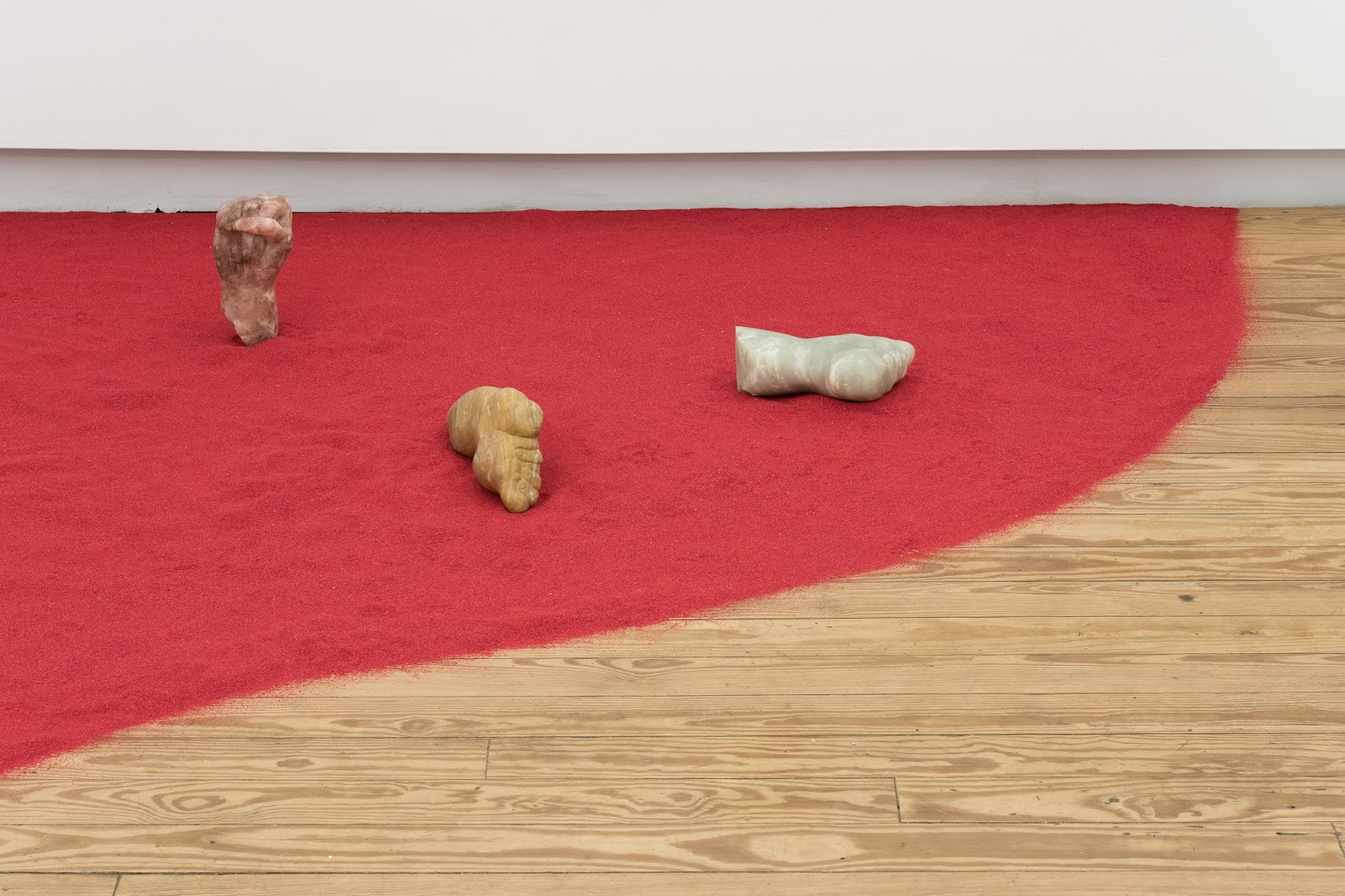 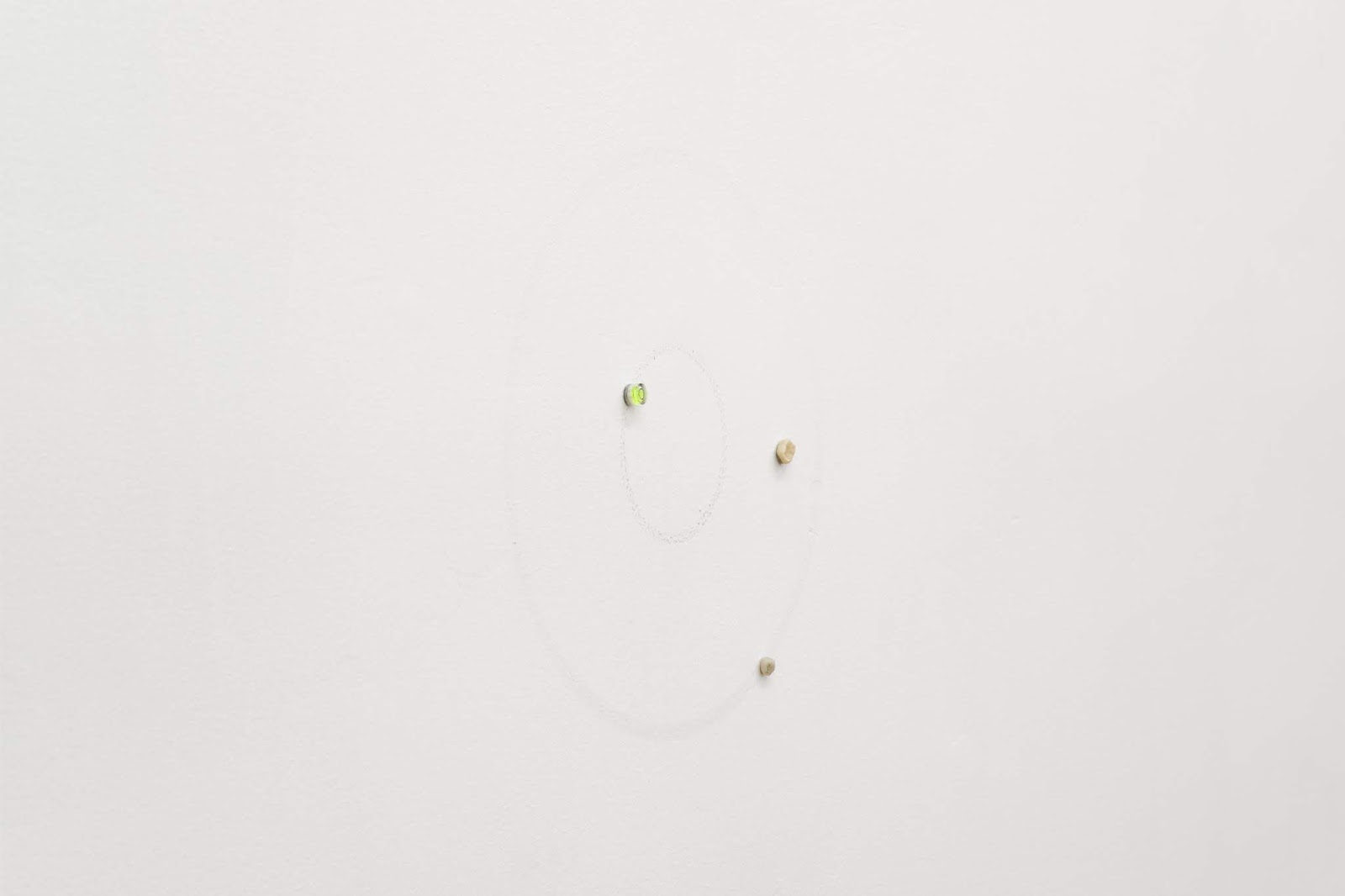 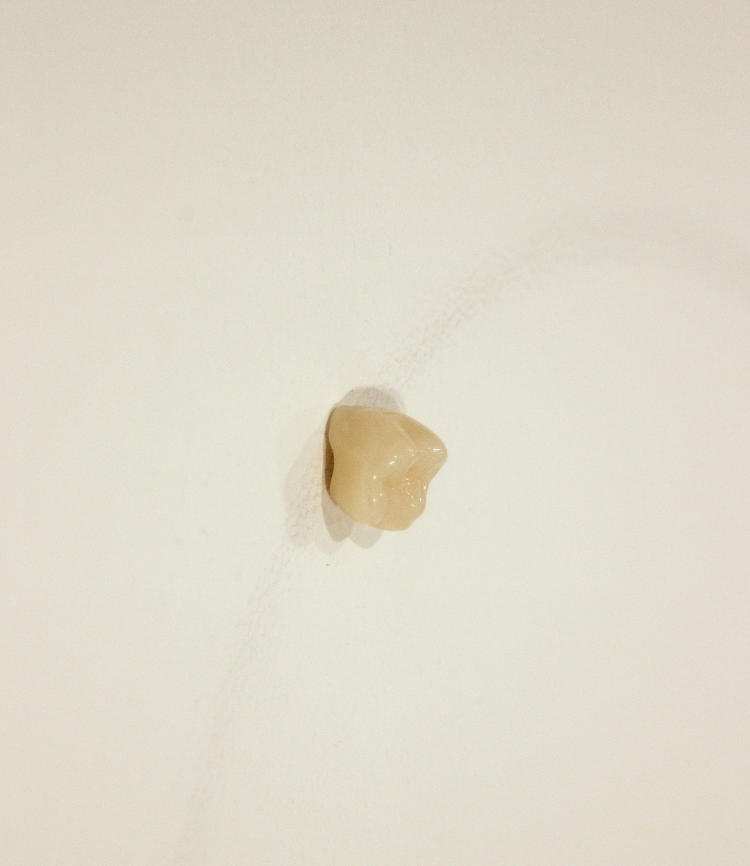 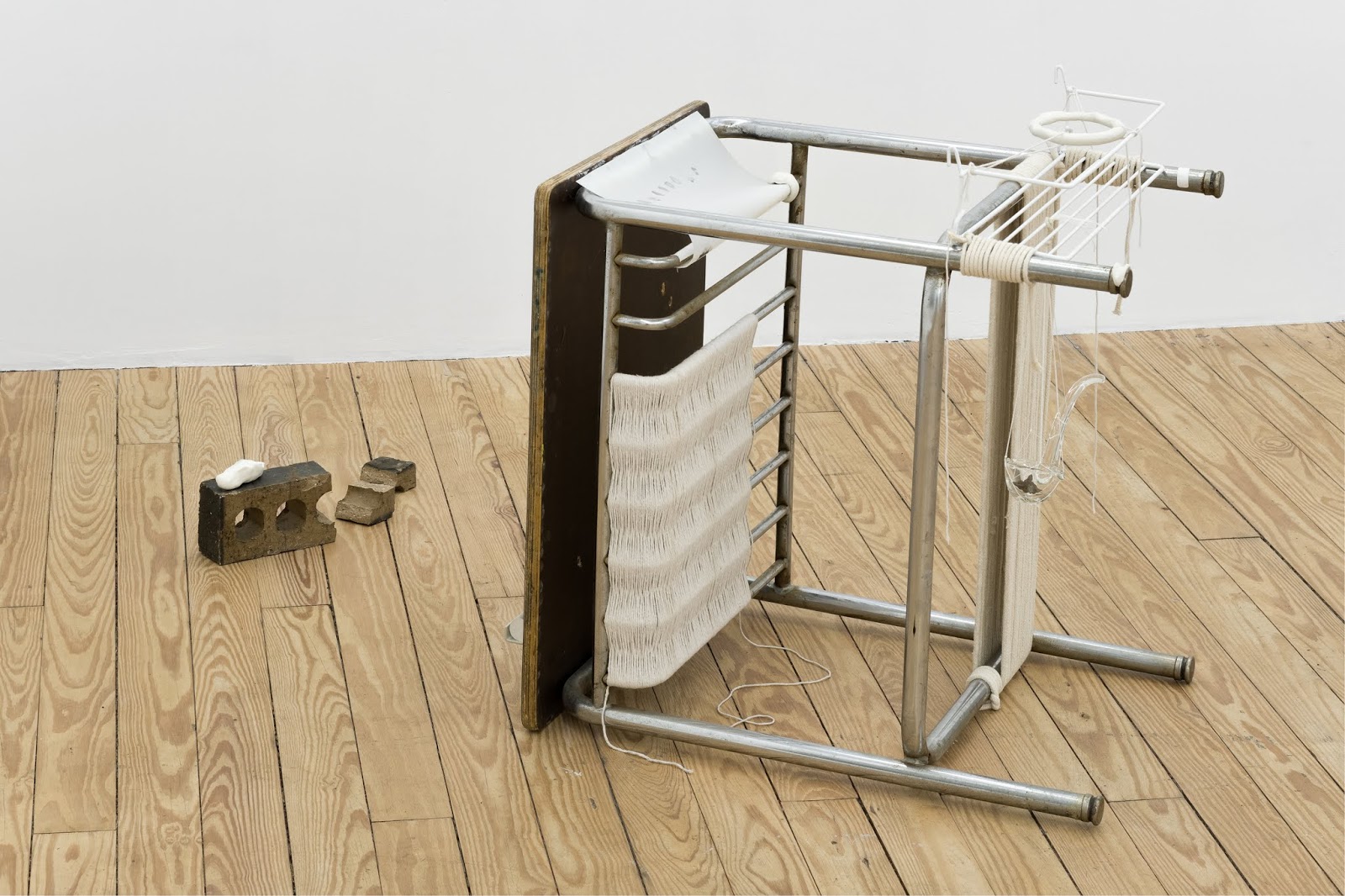 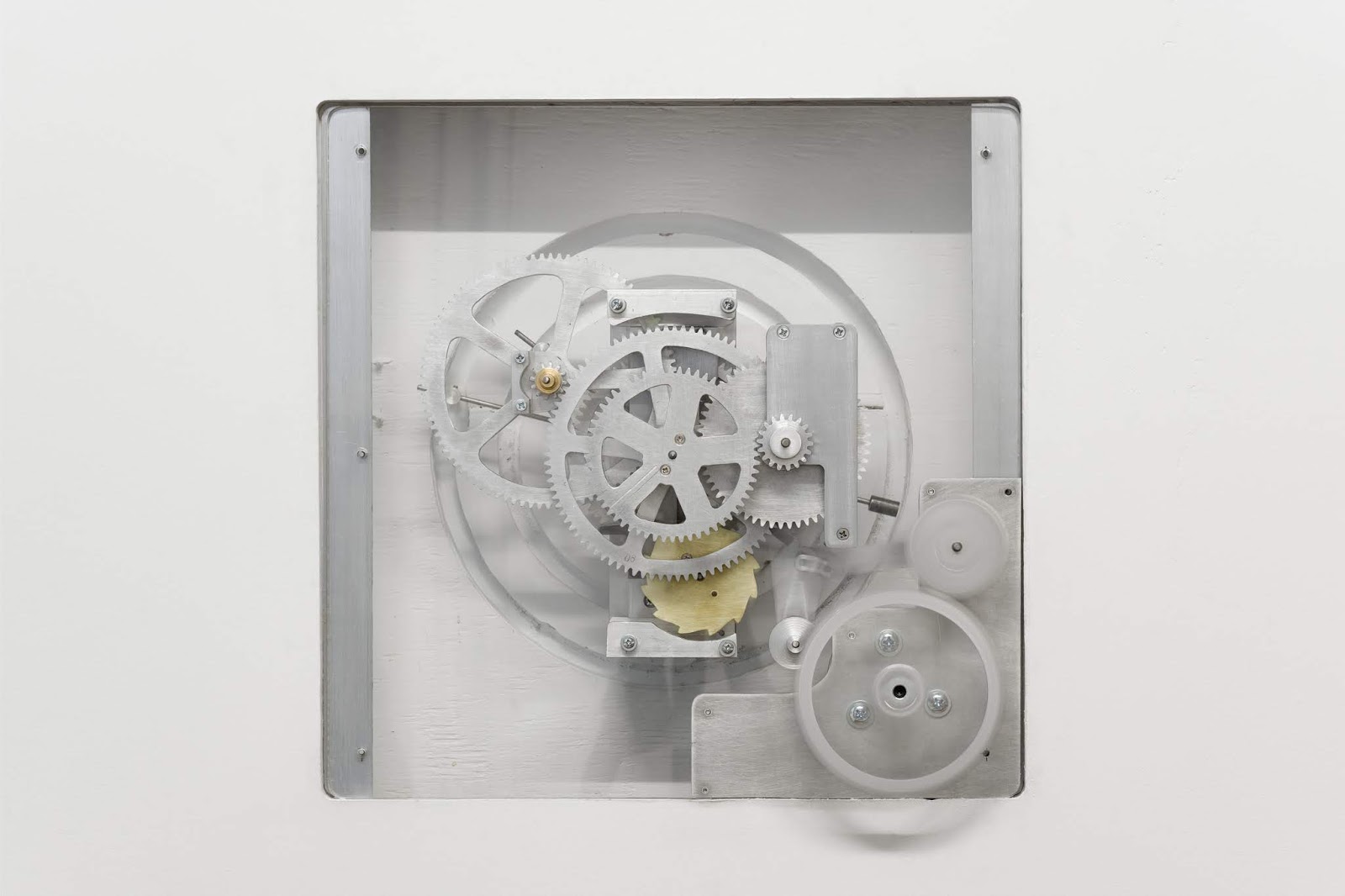