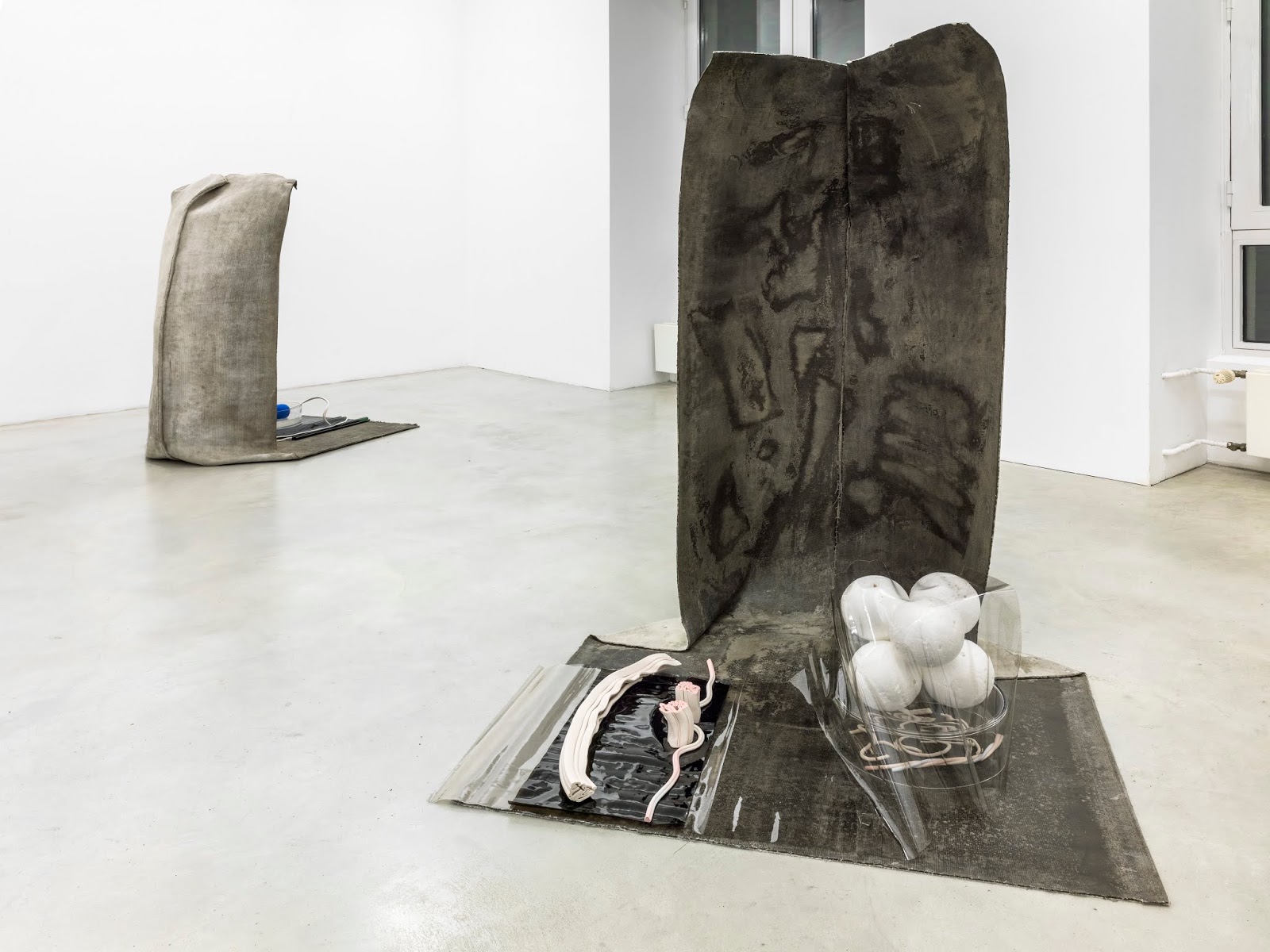 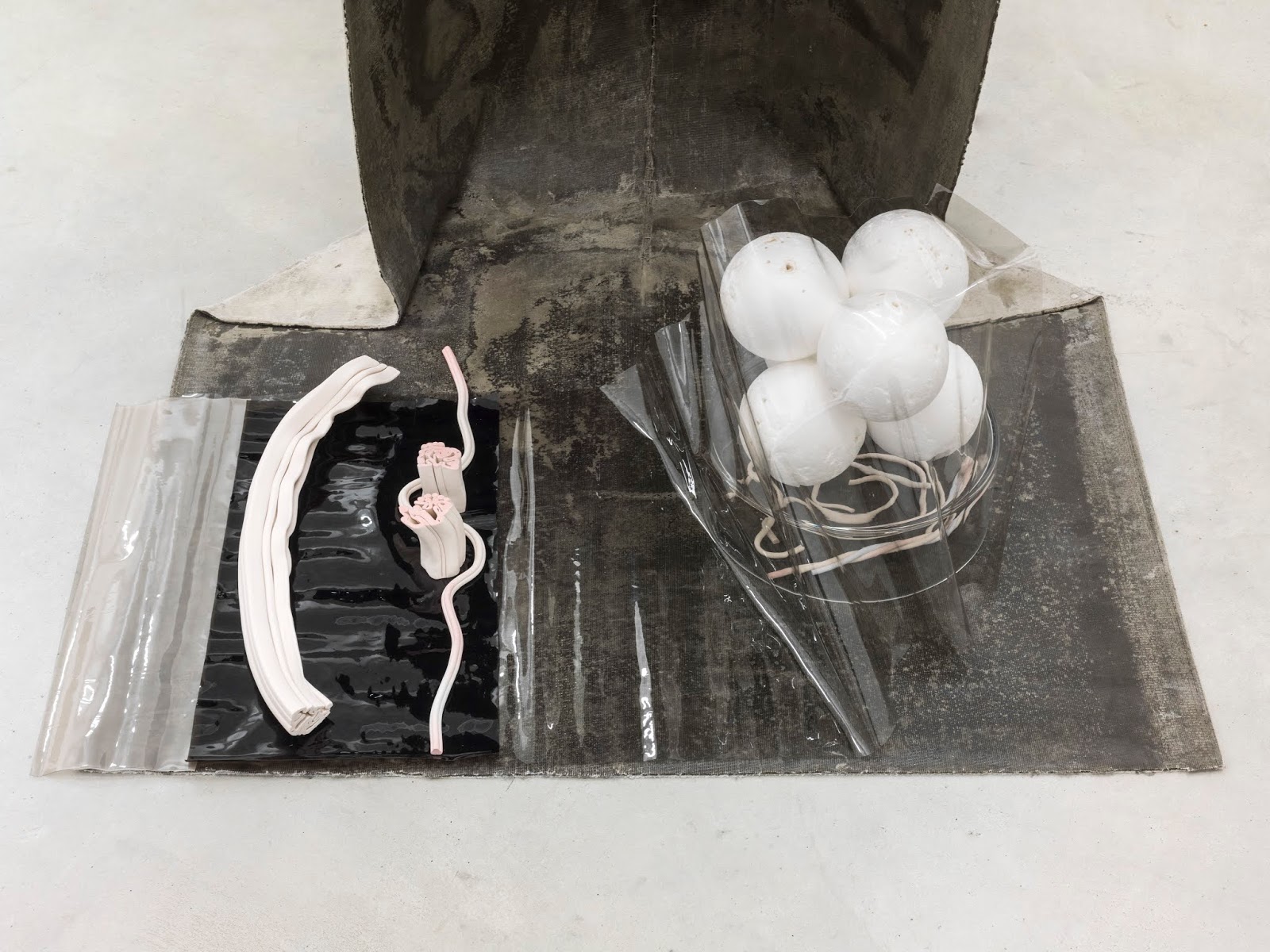 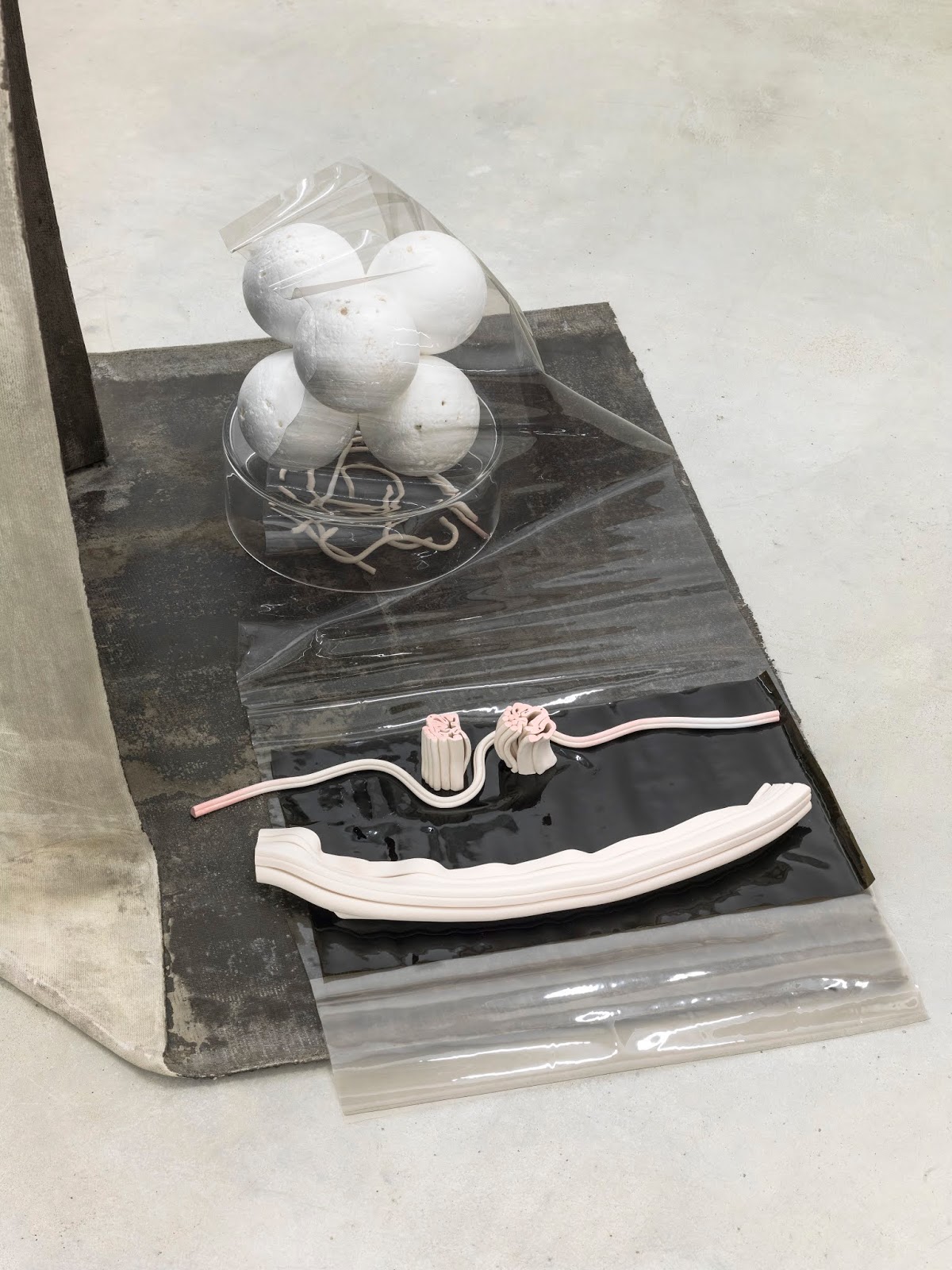 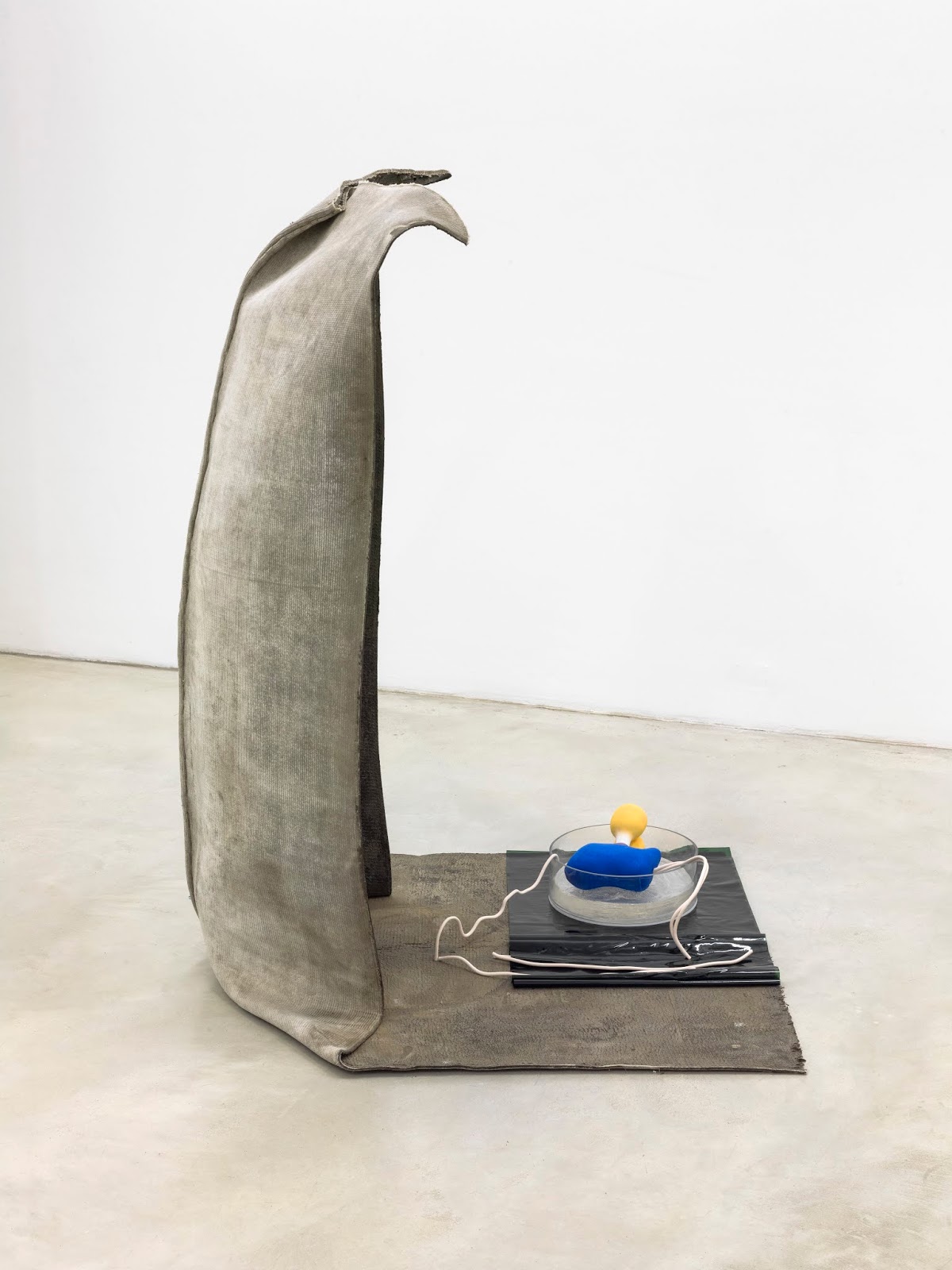 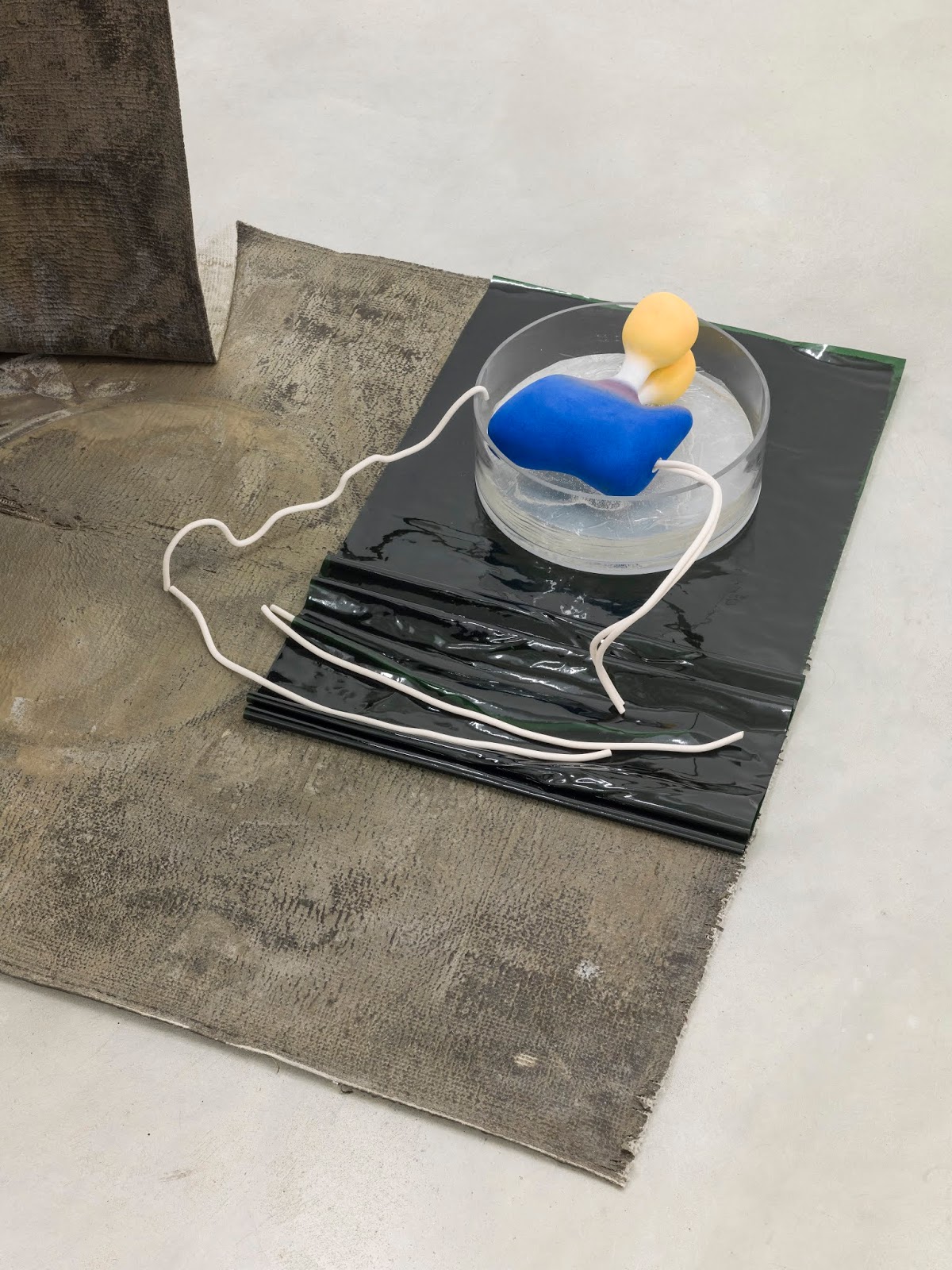 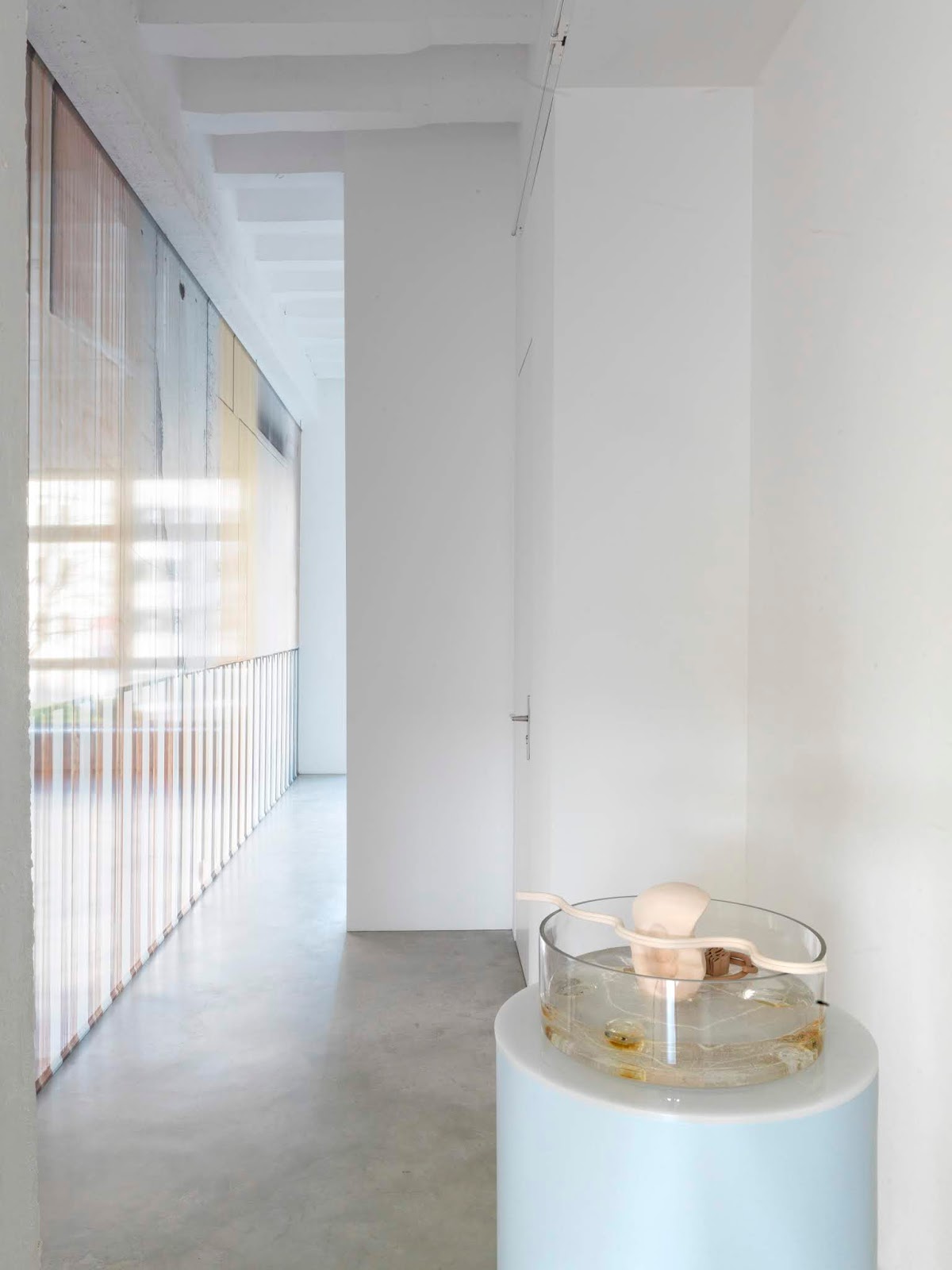 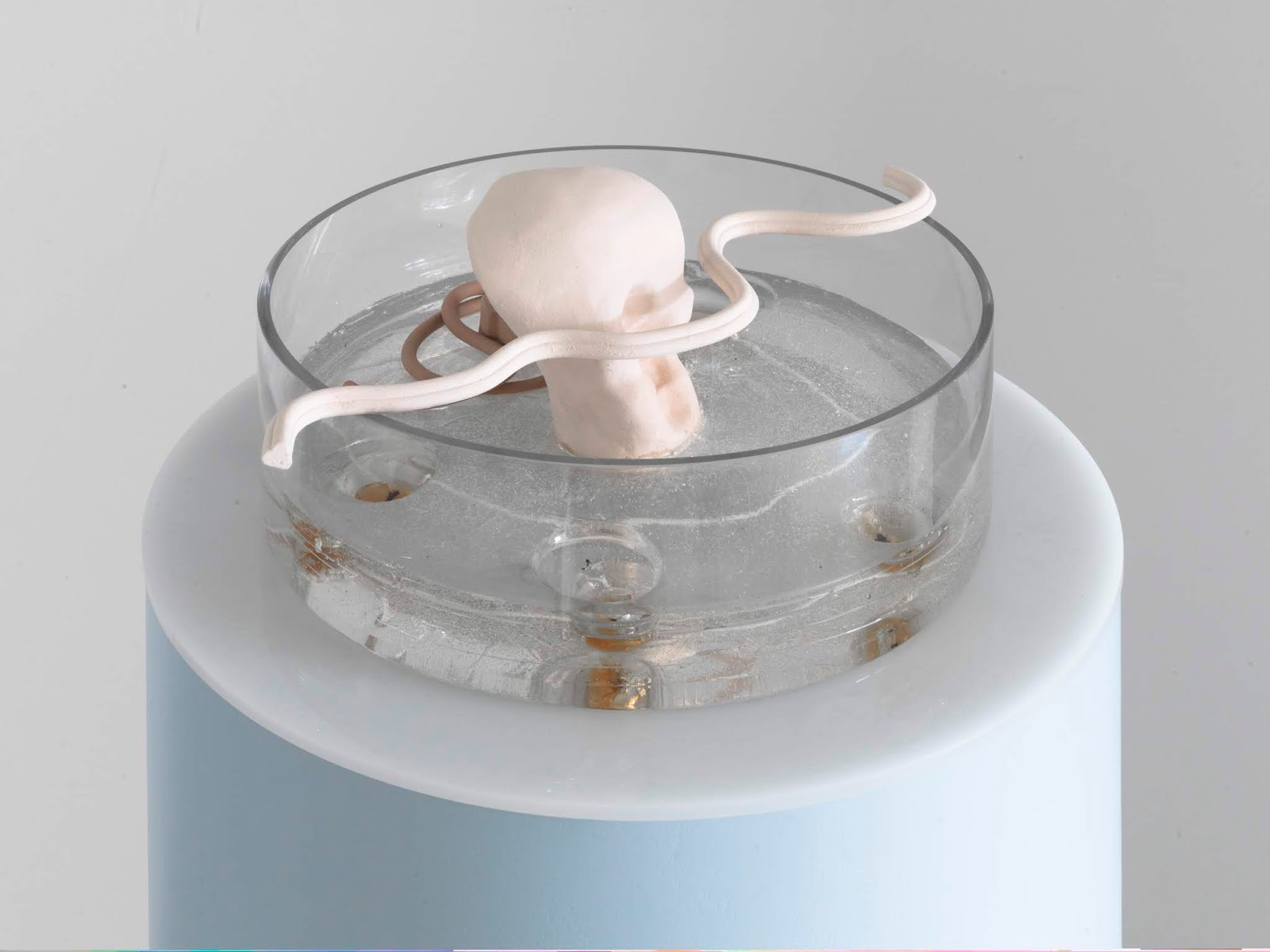 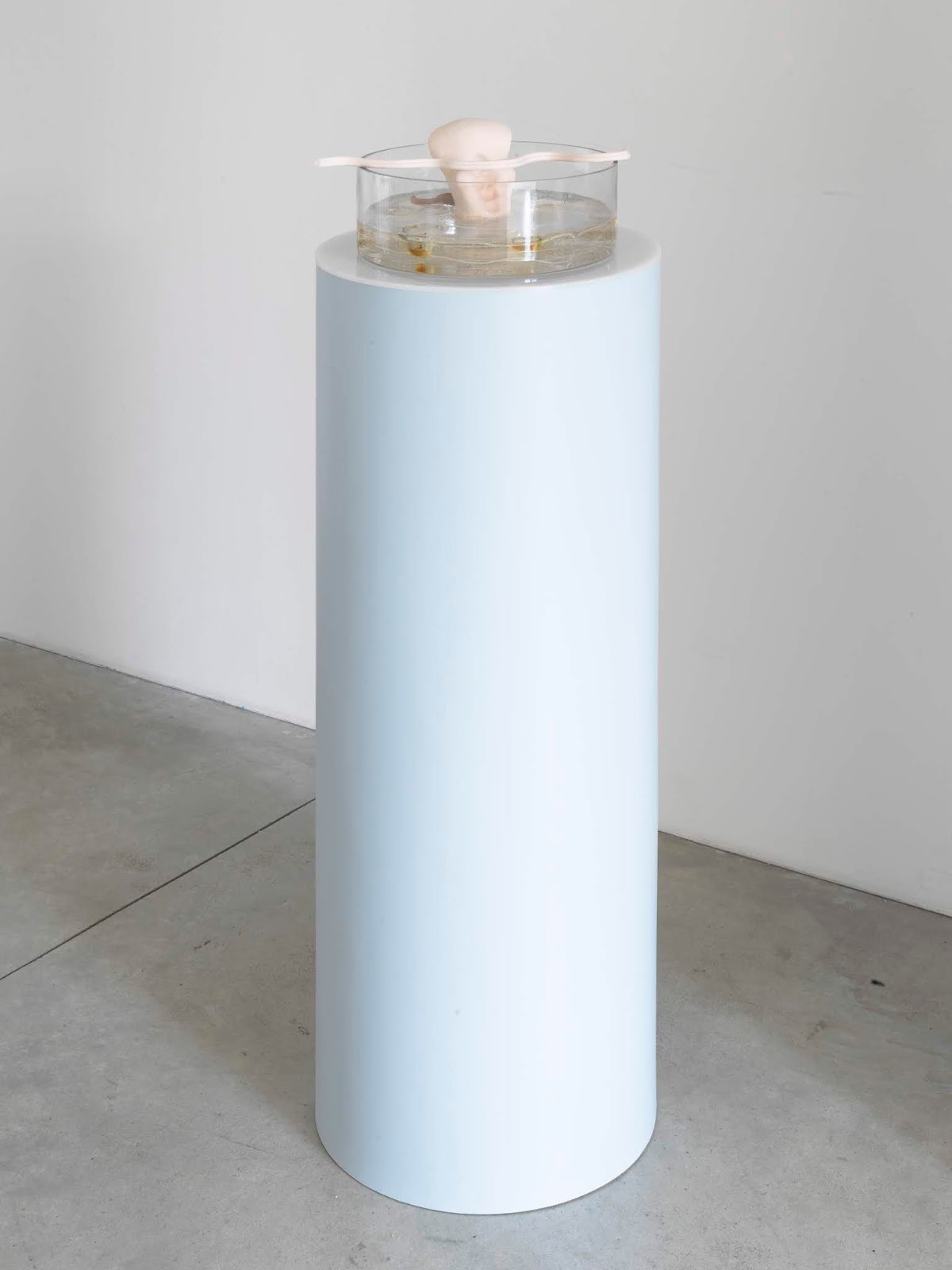 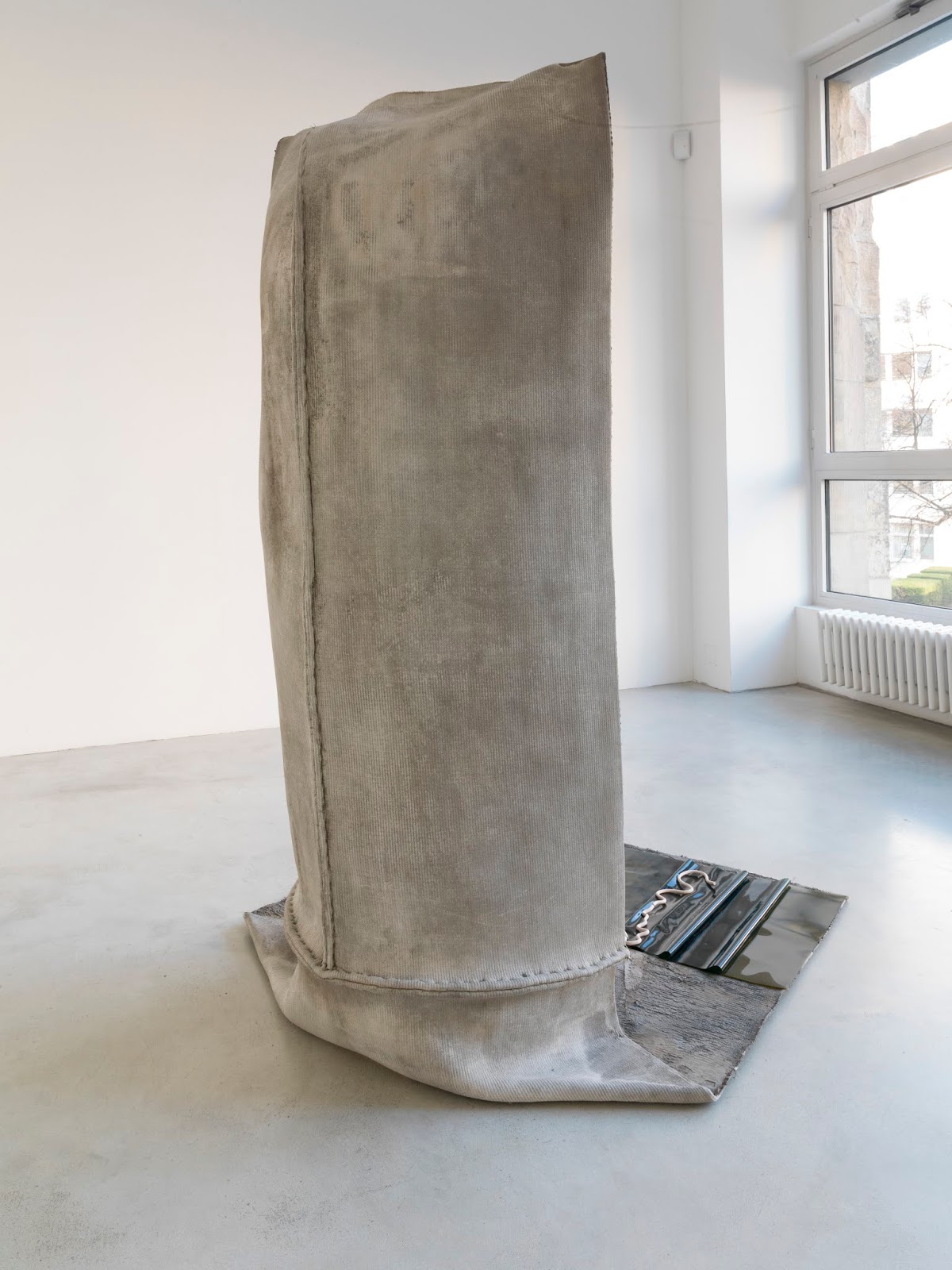 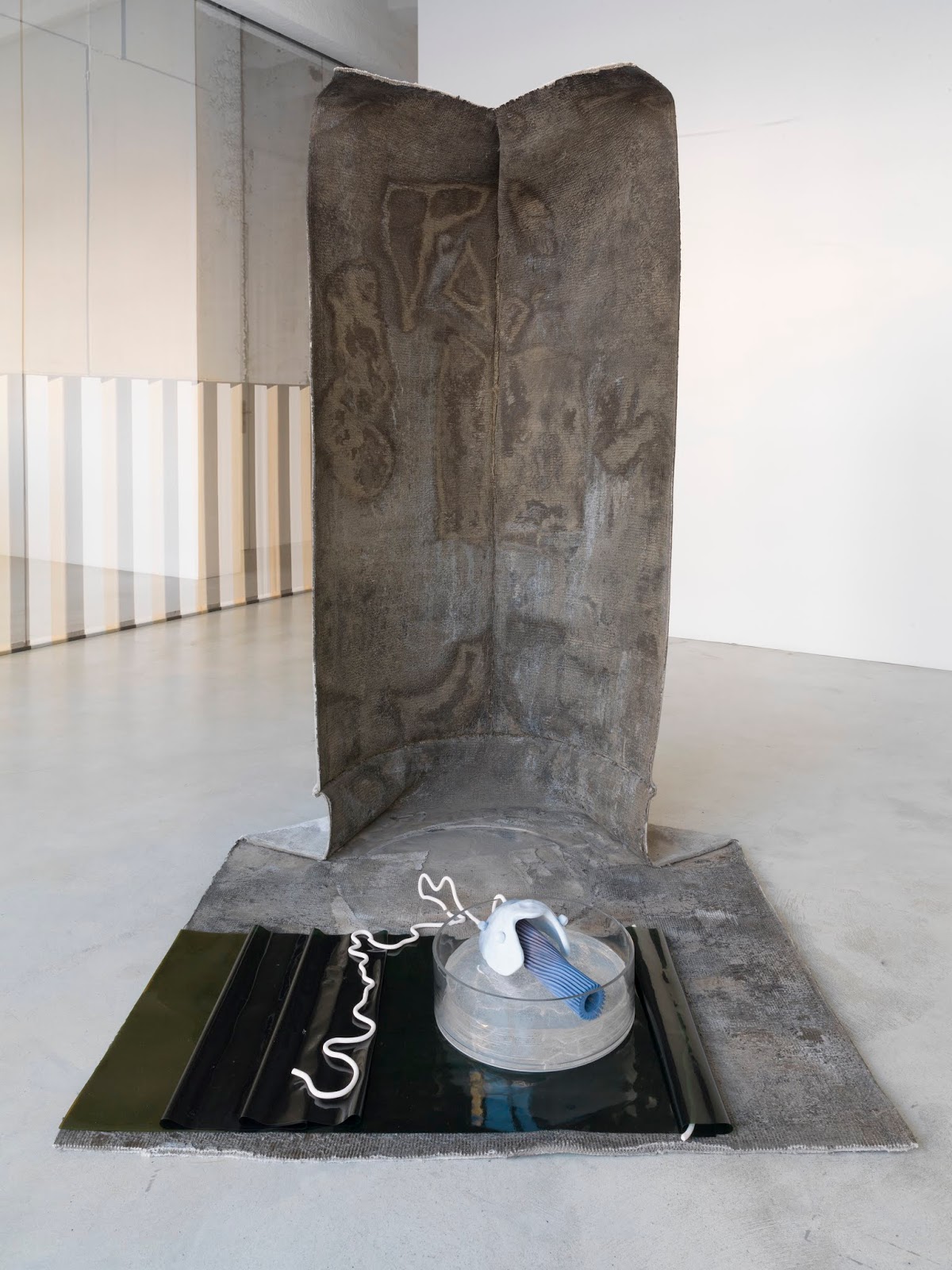 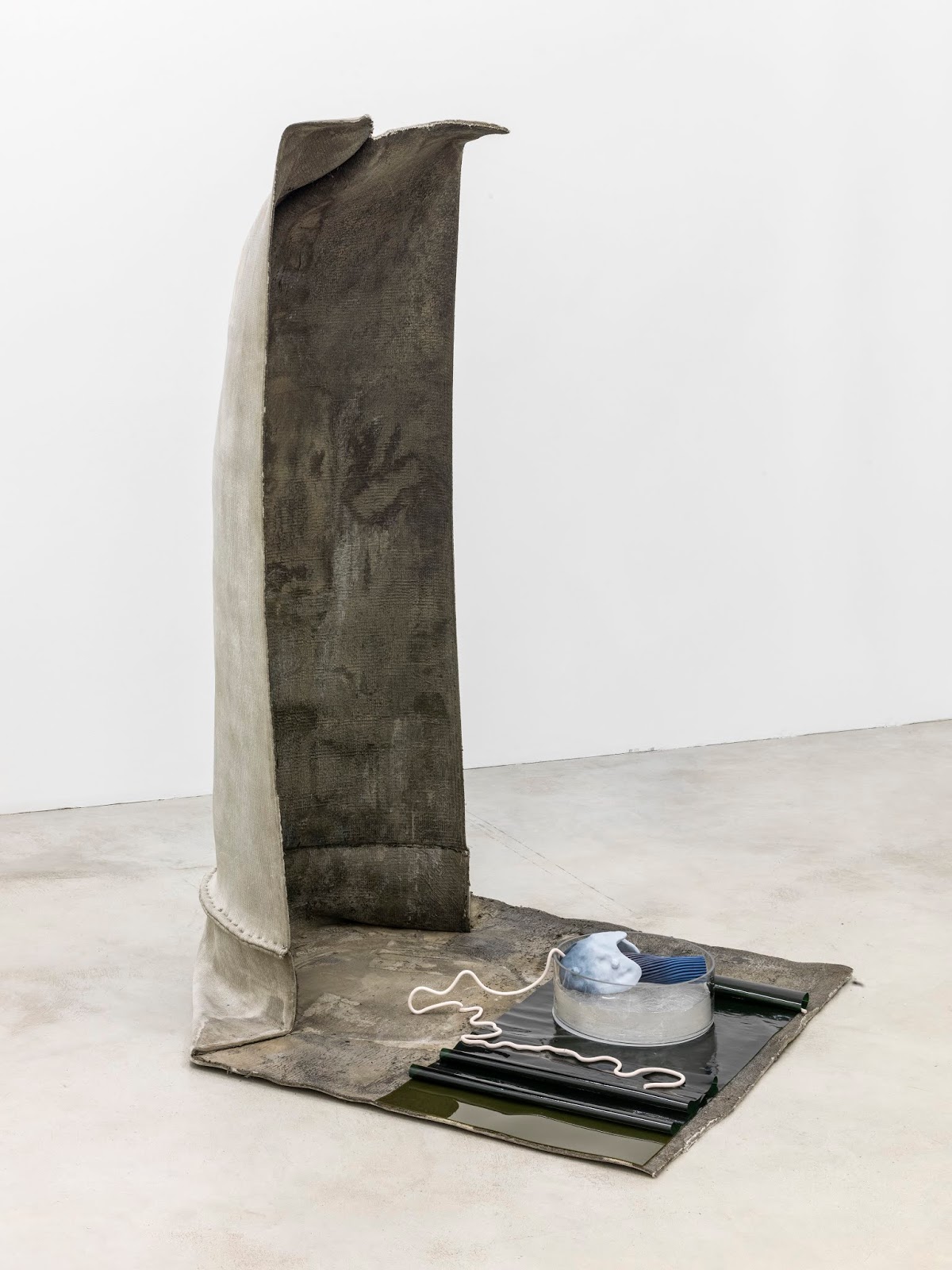 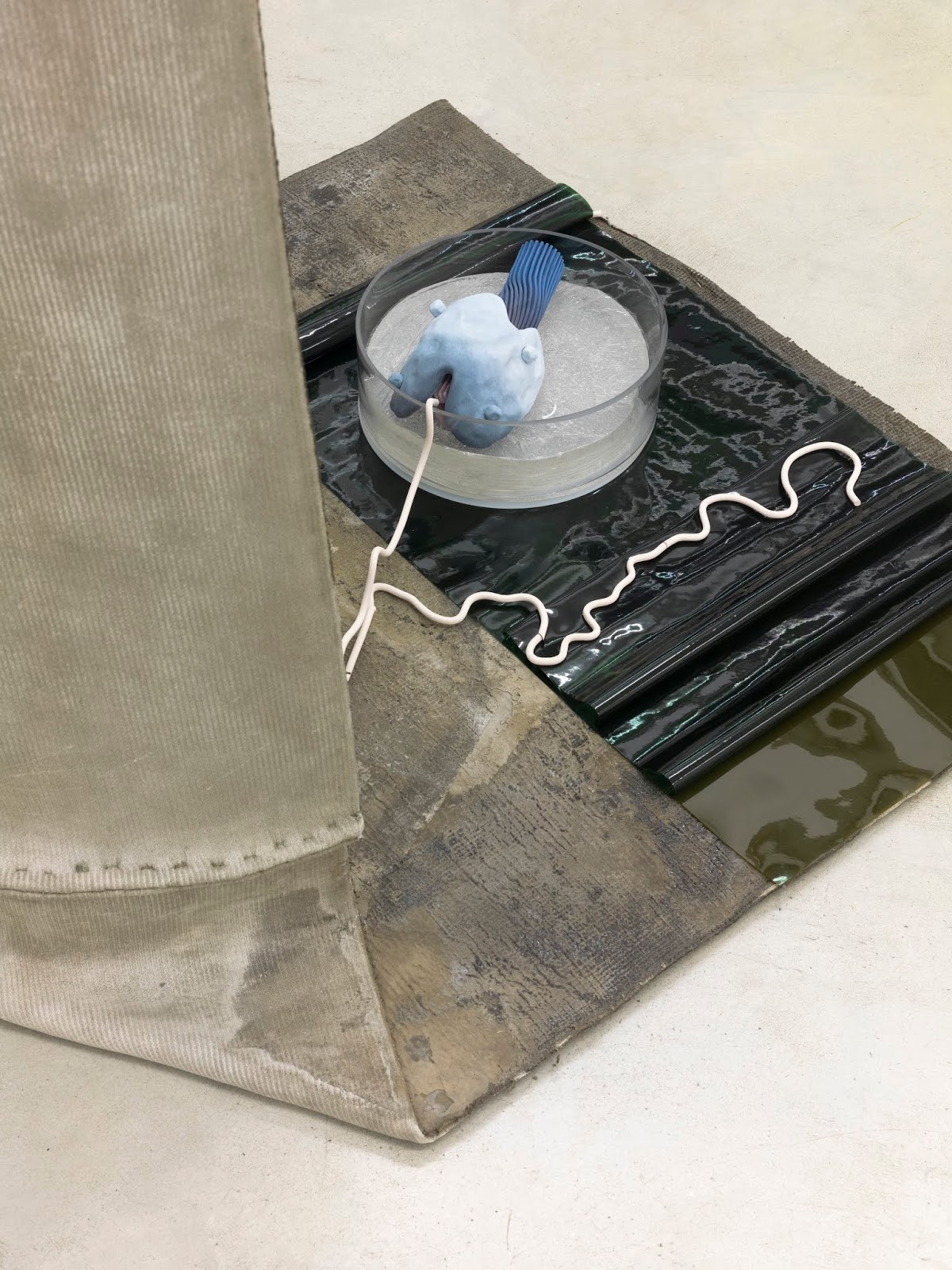 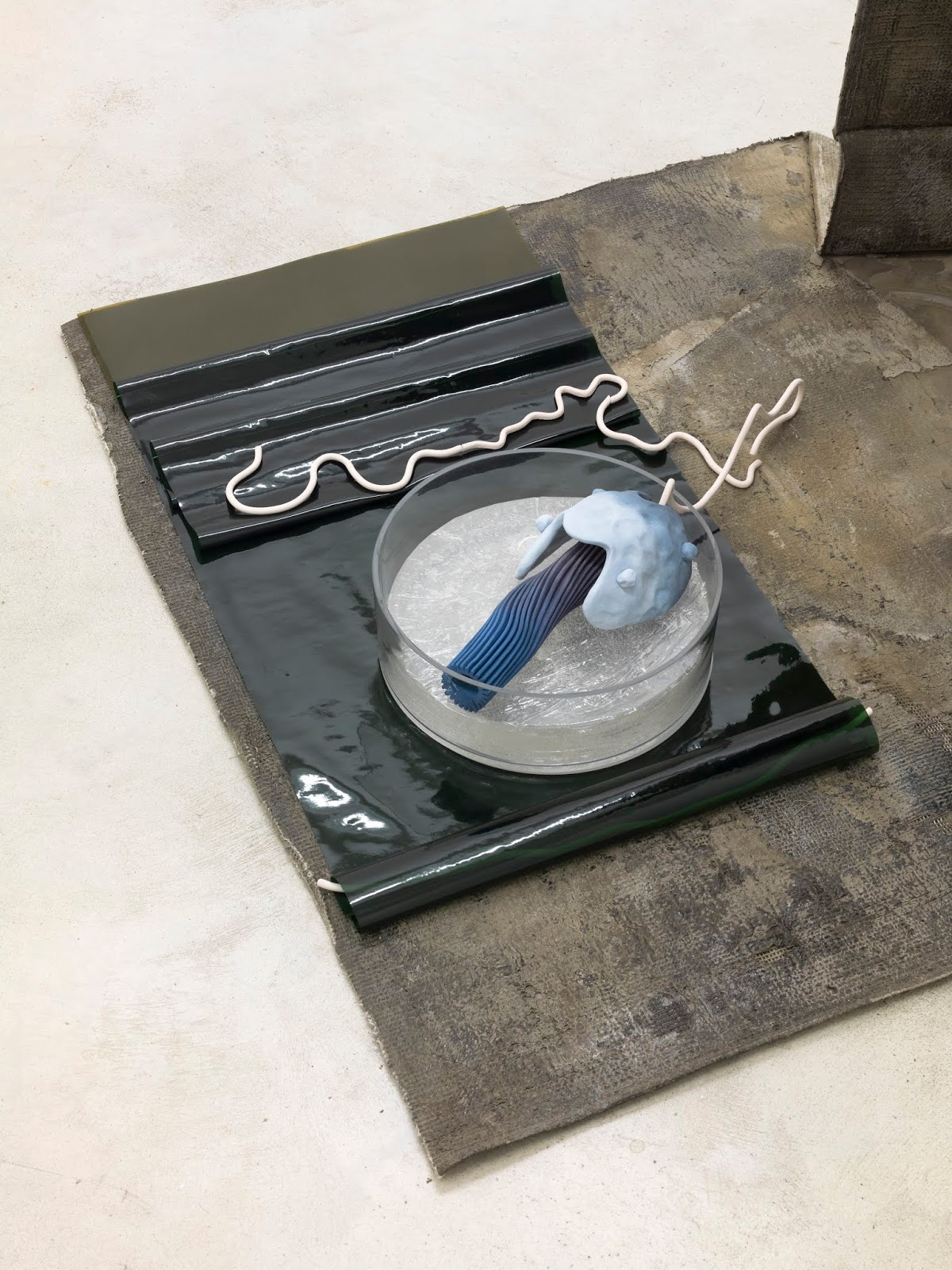 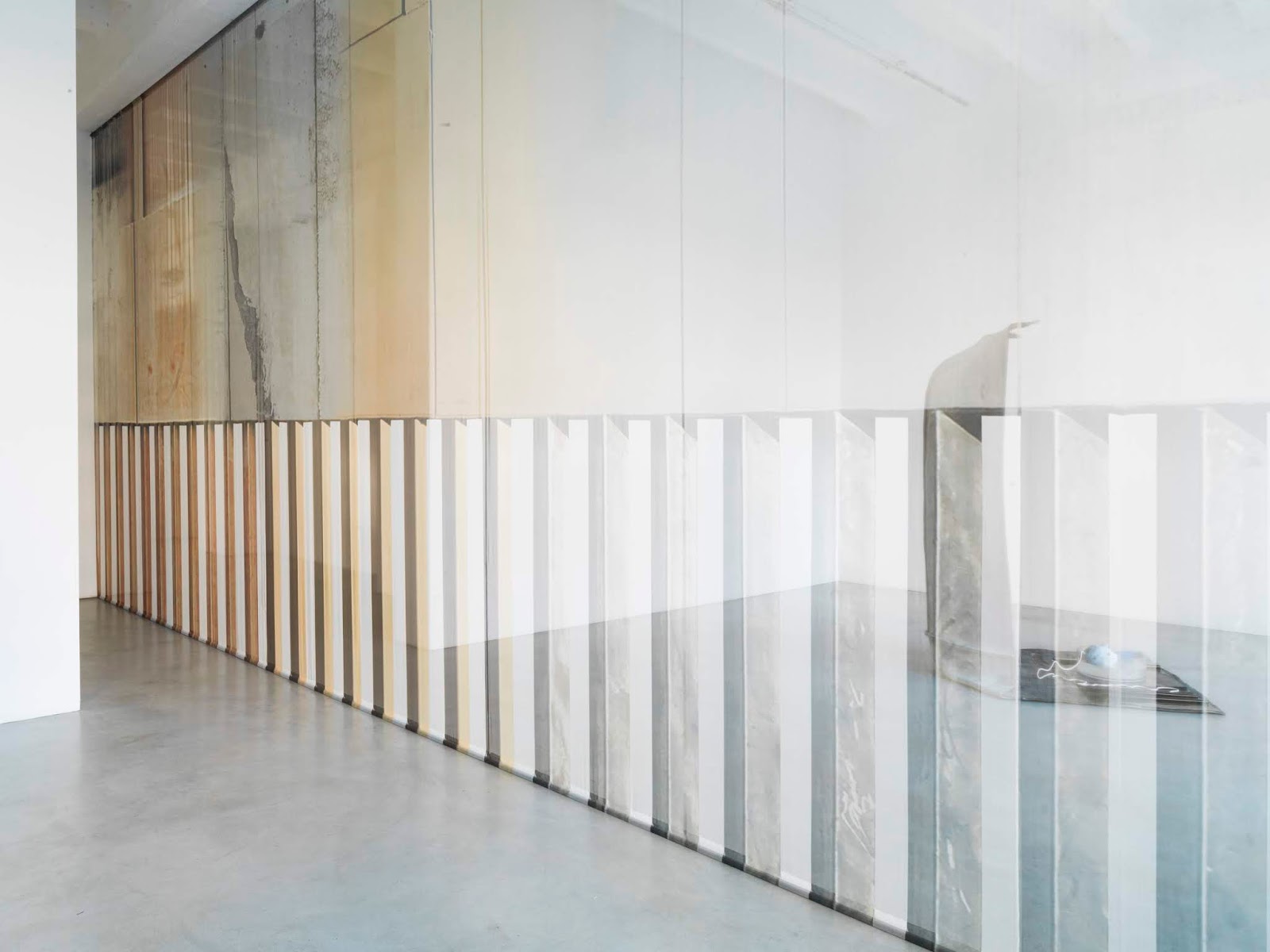 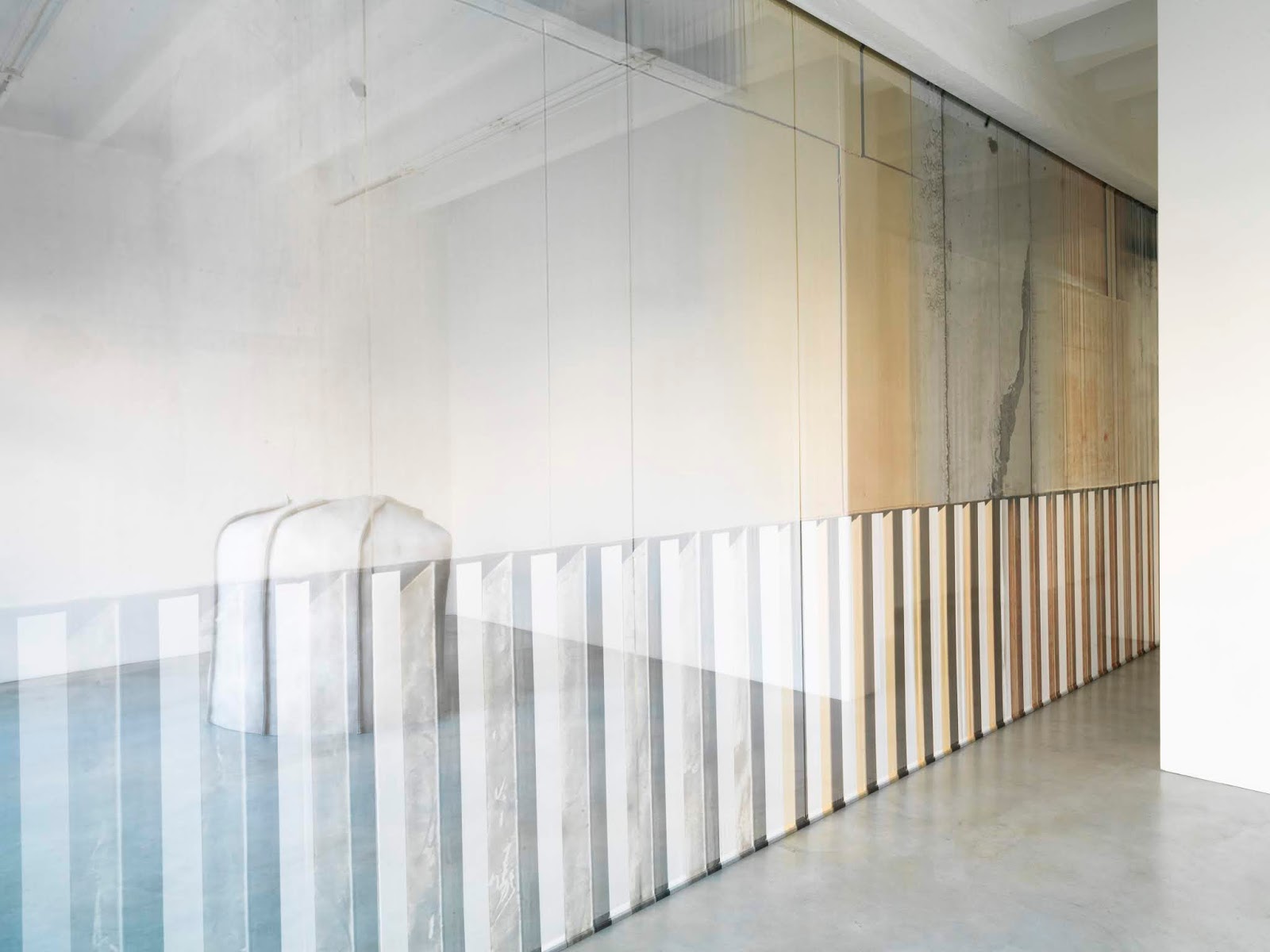 Alisa Baremboym’s first solo exhibition at Konrad Fischer Galerie, Between States, continues the investigation of themes long seen in her work. Focused on creating transitional moments of “becoming”, and applying a wide array of materials: ceramics, steel, gelling agents, silk, and cables, with unlikely partners such as vinyl, plastic, and crude-oil by-product, her work functions as a catalyst for dialogues between competing states of matter.

Creating interactions between substances that are not normally found together, she assimilates one material into another, amplifying the object’s porosity as a human membrane separating us from the outside world. Her works delineate this state of in-between-ness, aiming for a suspension of perceptual judgment.

The current installation presents interchanges between materials, uses, cultural constructions and future entanglements in the adapting inter-relations of elements within our environments.

Between States, is Baremboym’s first exhibition to comprehend the human body as the body of the commons; as a body of state. Given that until now her works dealt with the ways in which exterior materials are being absorbed by the human body and changing it from within, the current show emphasizes how political and worldly events affect not only the private subject but the formation of a state and its residents. The state of in-between-ness, as suggested by the exhibition title, exists not only on the ontological level, meaning not only in biological and physiological transformations but also on the epistemological level; in our cognition, logos and our being as homo politicus. Thus, Baremboym alters one matter with another; tangible essences made equivalent with abstract ones. In this series of sculptures, ceramic forms are modeled after the endocrine system.The endocrine inspired works incorporate the pineal gland, the thyroid and the hypothalamus - which hormones regulate our body temperature, thirst, hunger, and other homeostatic systems.

In placing this semitransparent barrier in the center of the gallery, Baremboym creates a distinction between the two realms, she is enforcing to us, as viewers, to engage with the works in constant negotiation of transparency and opacity, with changing degrees of freedom and control.

Baremboym’s works in this show suggest to see how militarized, separatist indoctrination is applied upon subjects, as well as groups, communities and states’ citizens. This indoctrination is affecting us, as a grouping of atoms and as a body, in unknown, unregulated ways. Just as we do not know how our bodies are being affected by oil byproducts, we are not sure how a precarious, frail sentient situation is shaping up inside us as part of a commons, how it is negotiated in people’s souls, or how it is molded into a collective trauma. As biological transformations implied in the works have the potentiality for transmutation, same goes for bodies of state, and the particular subjects this collective body is comprised of.
Tags Alisa Baremboym, Berlin, Konrad Fischer Galerie
Newer Post Older Post Home