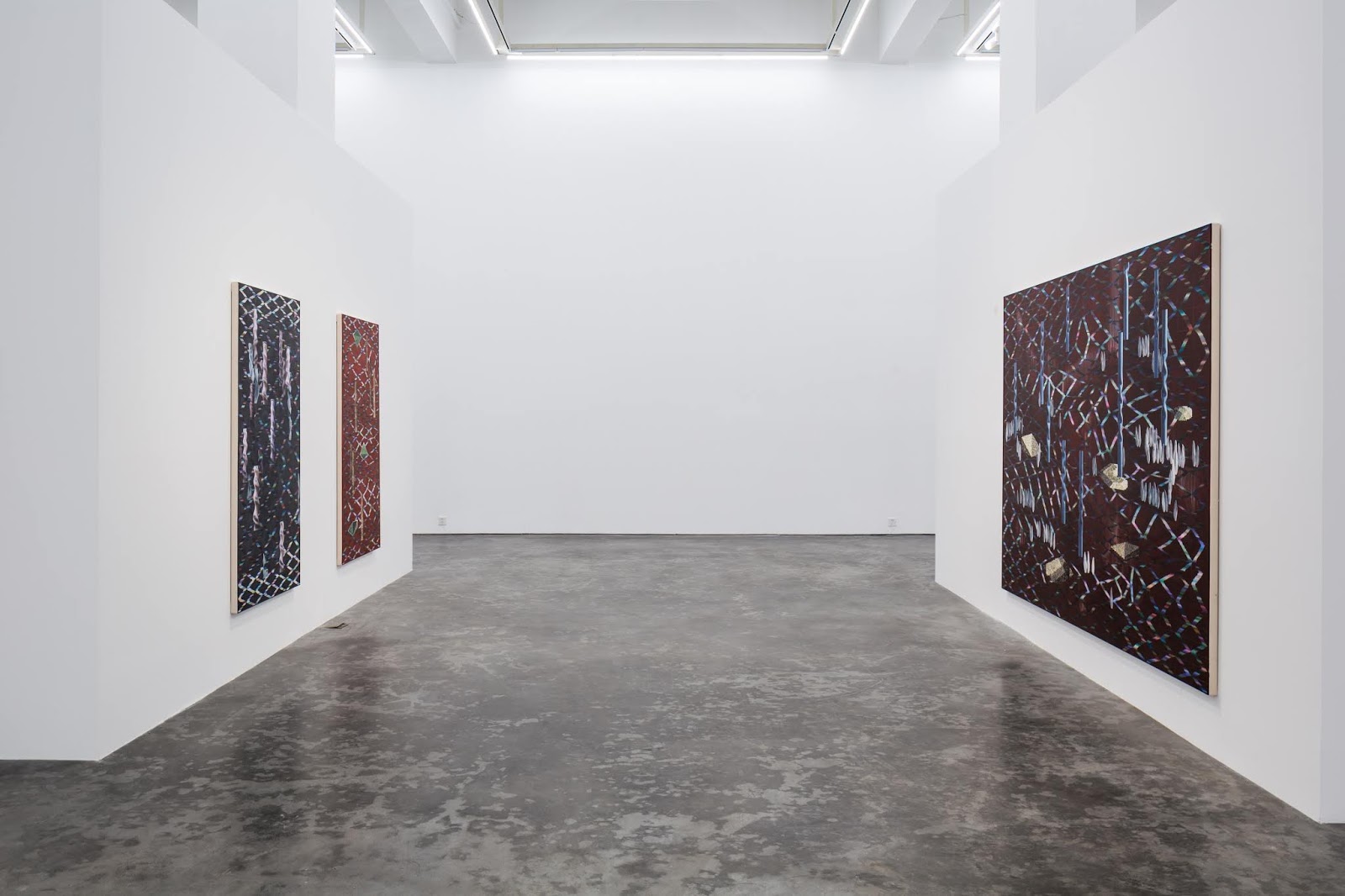 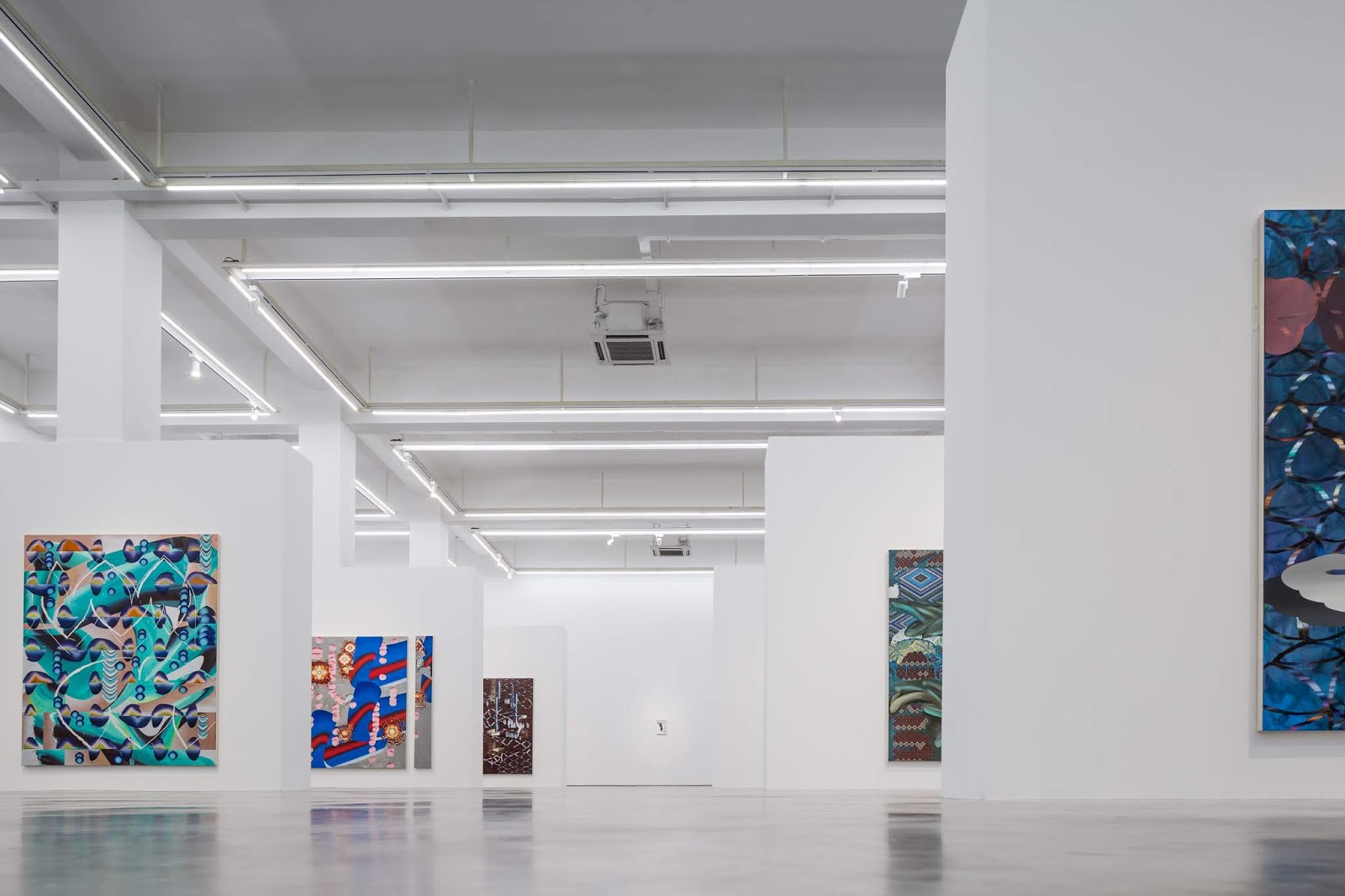 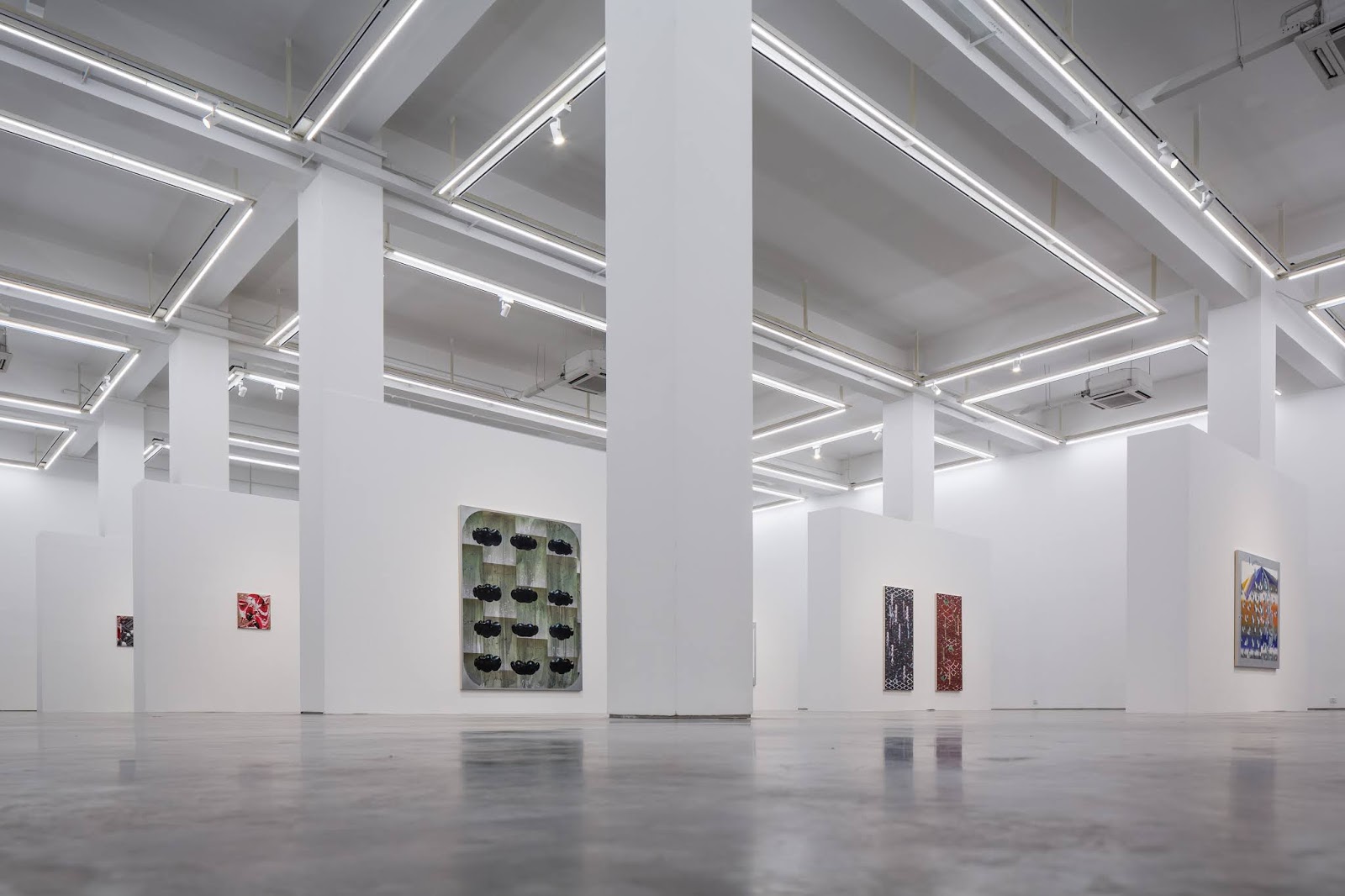 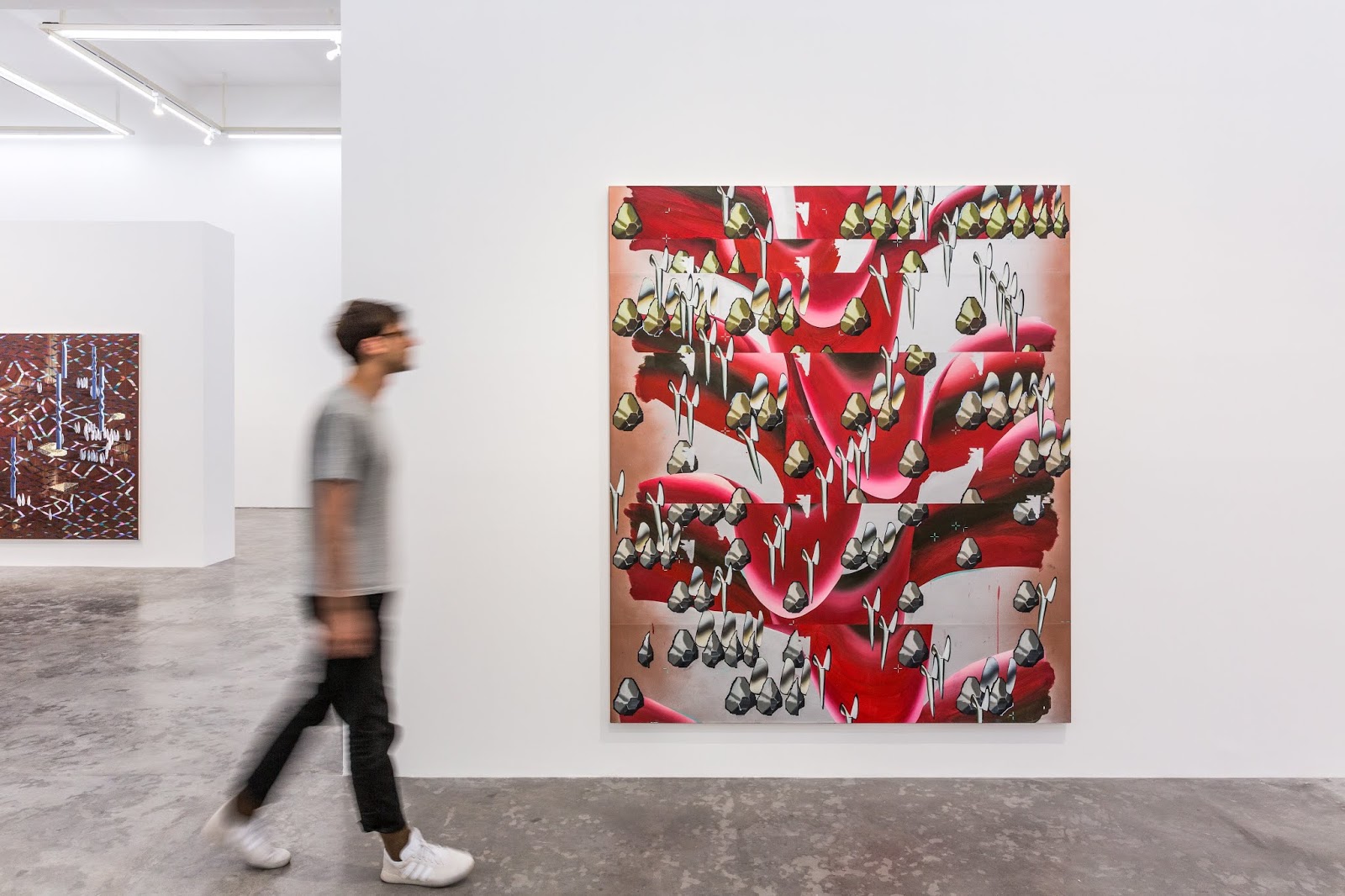 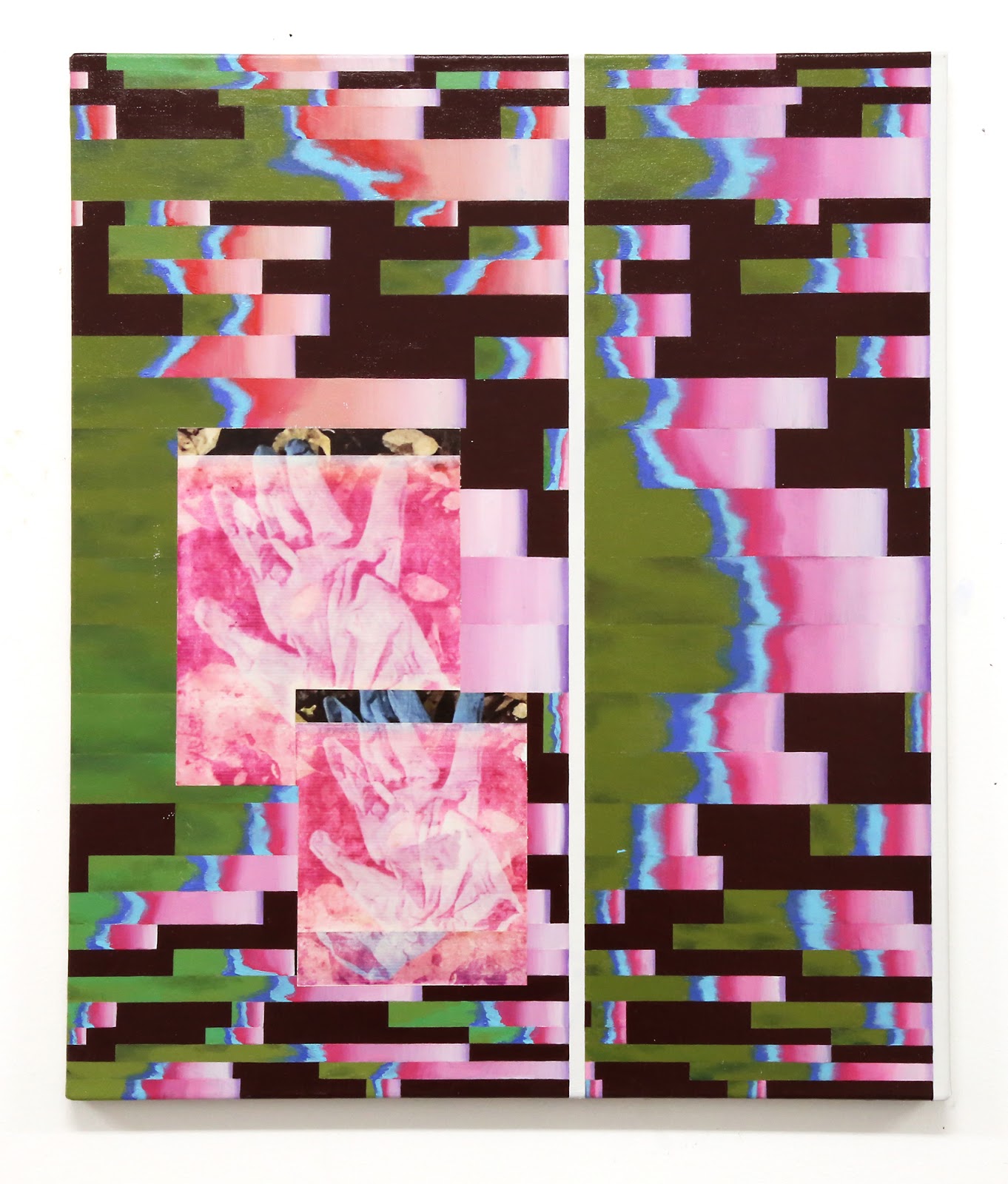 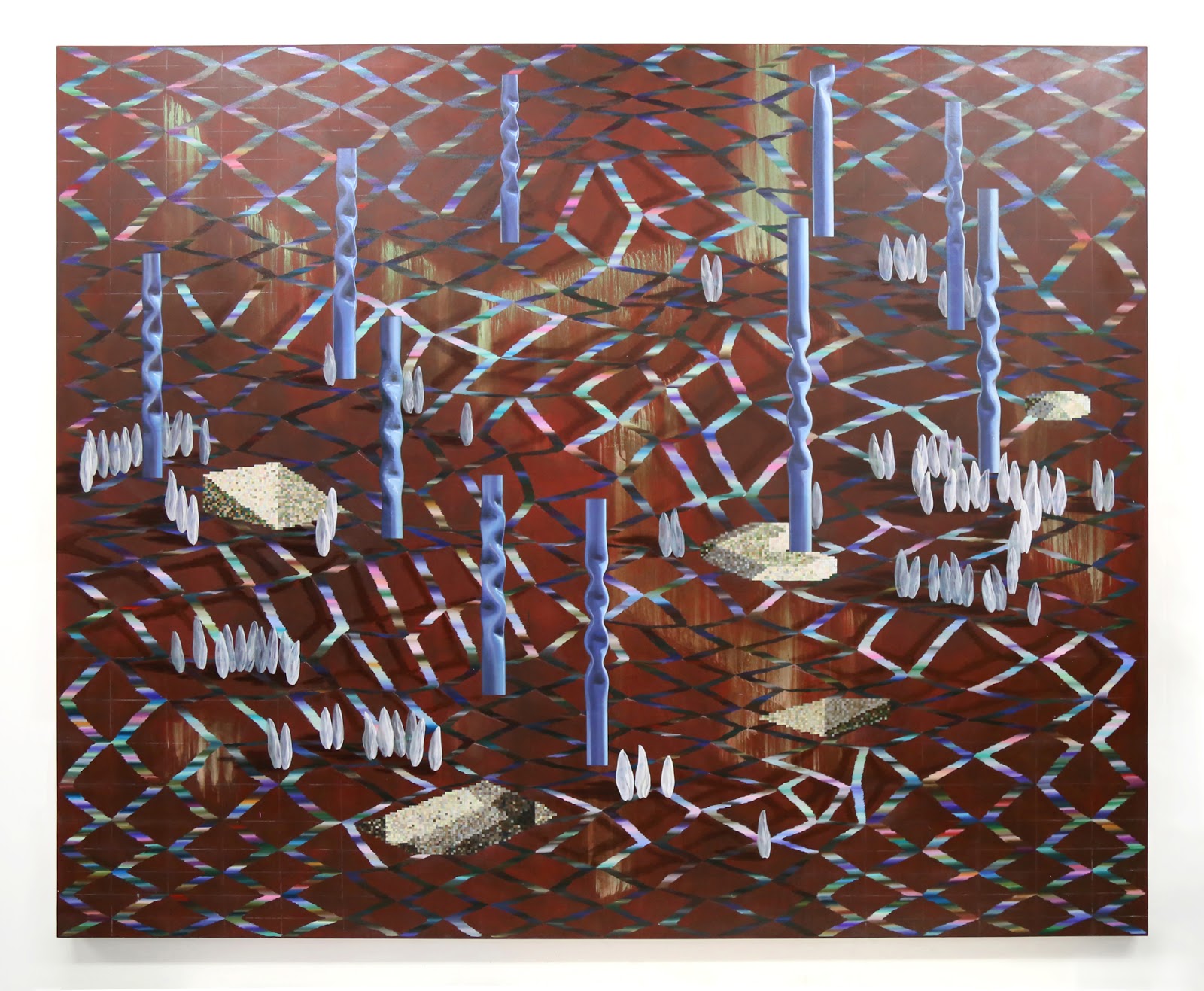 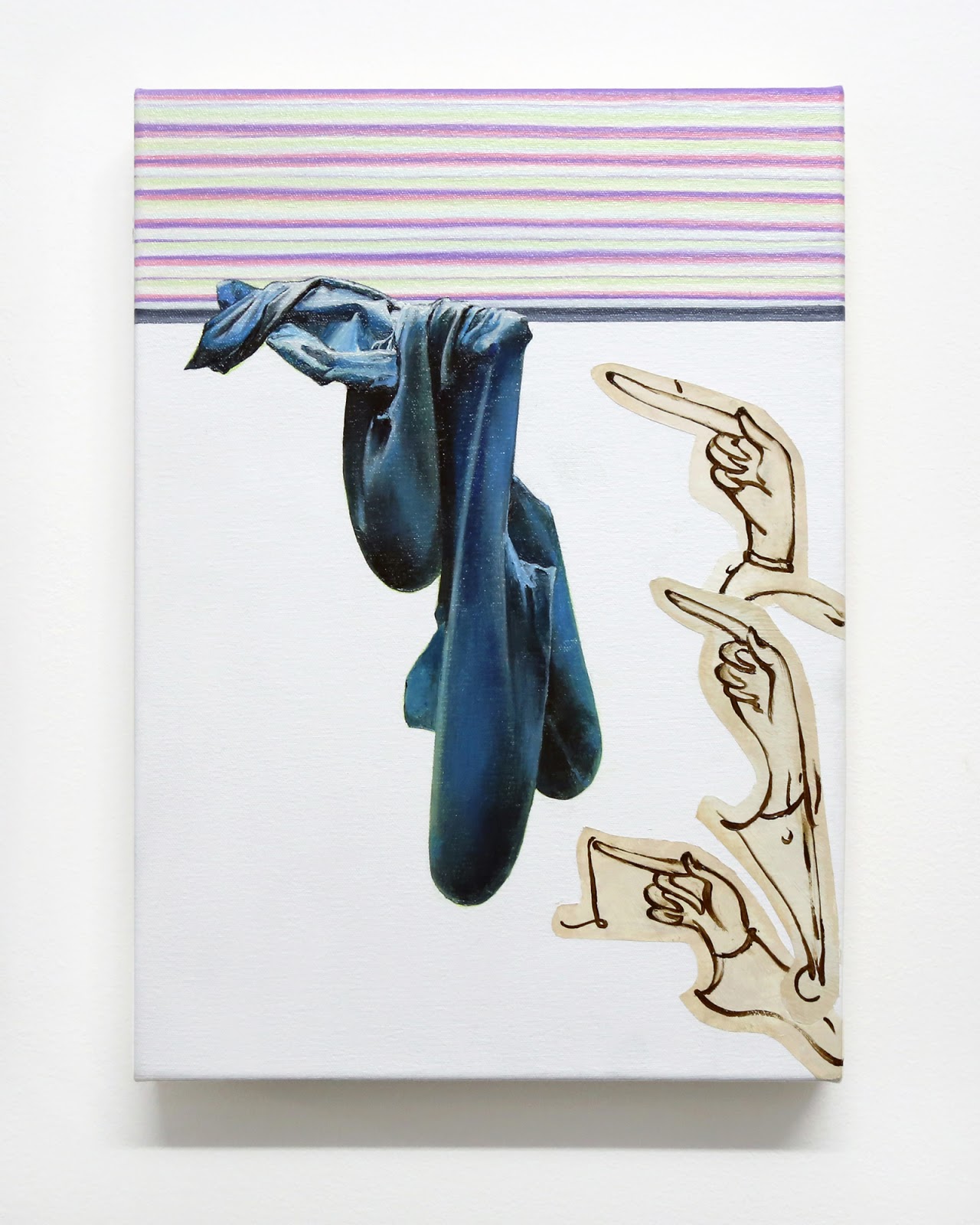 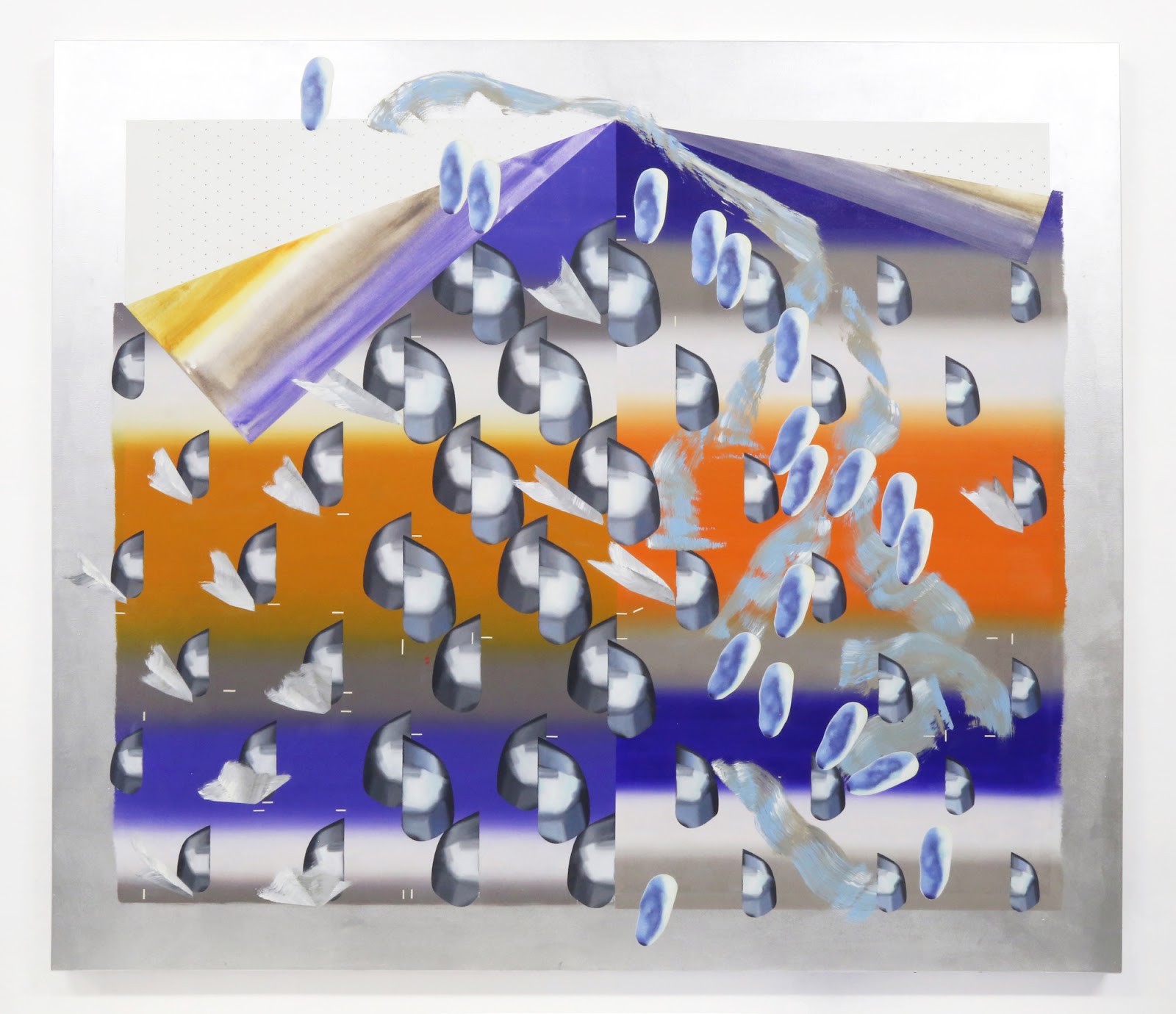 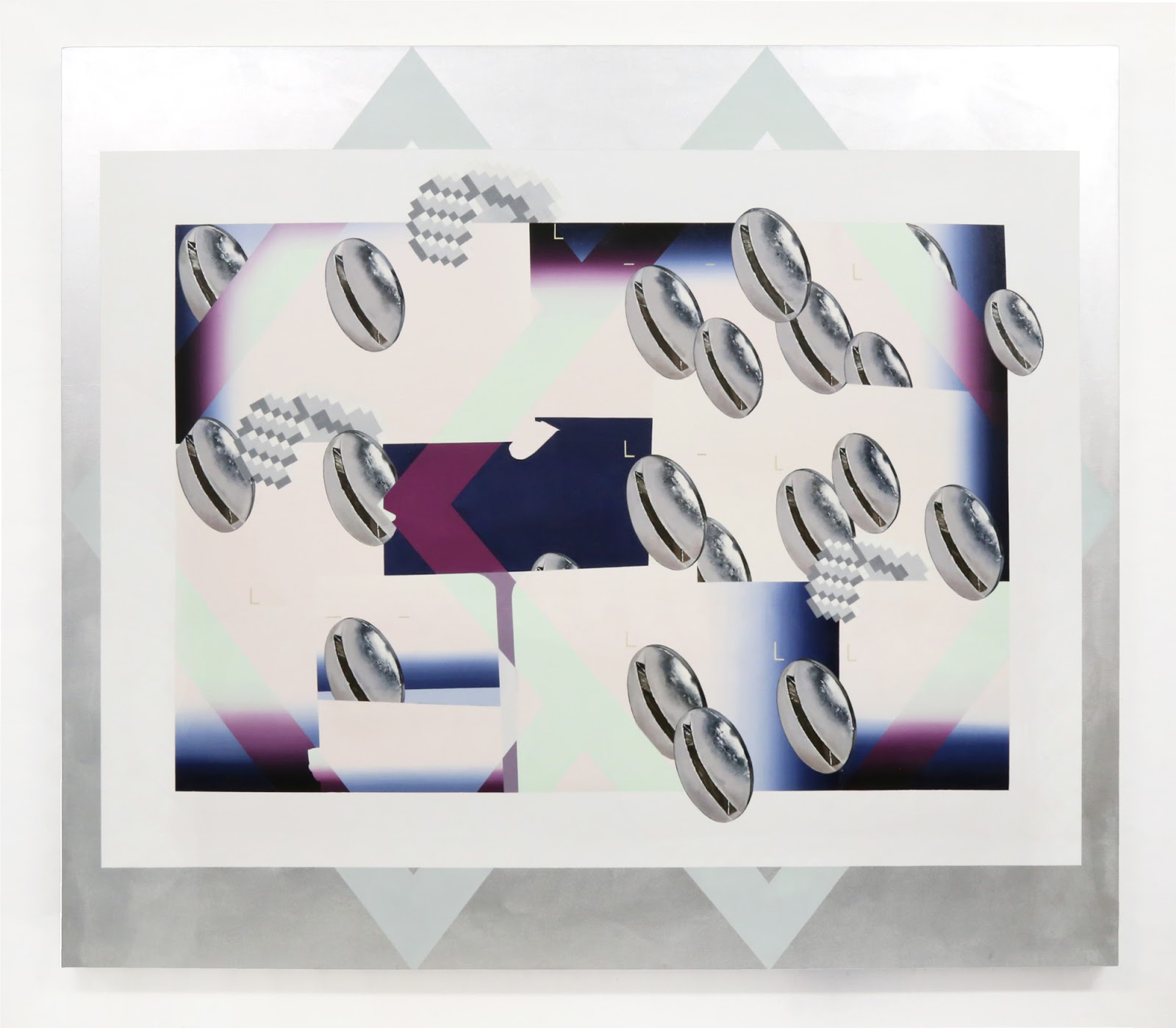 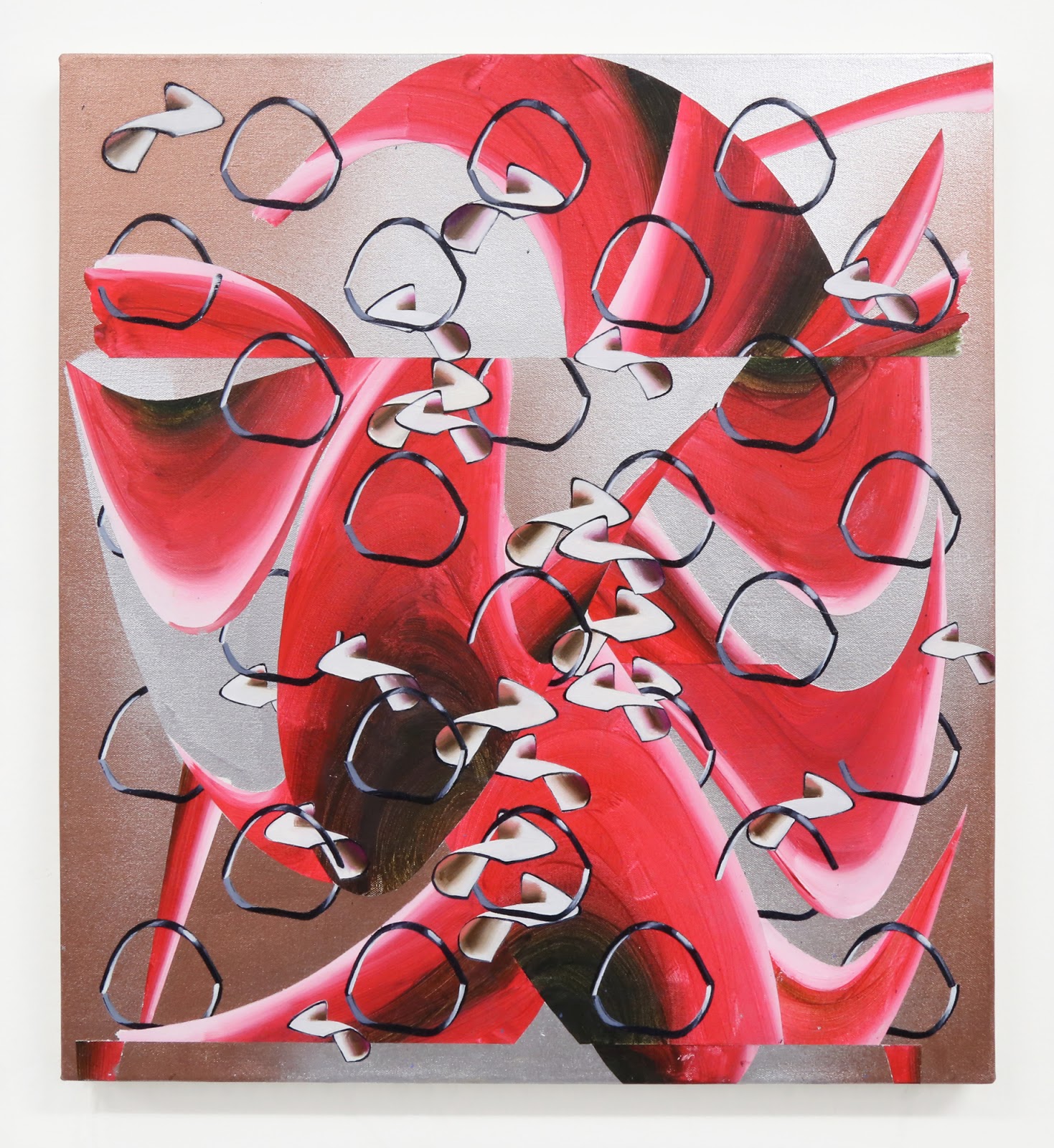 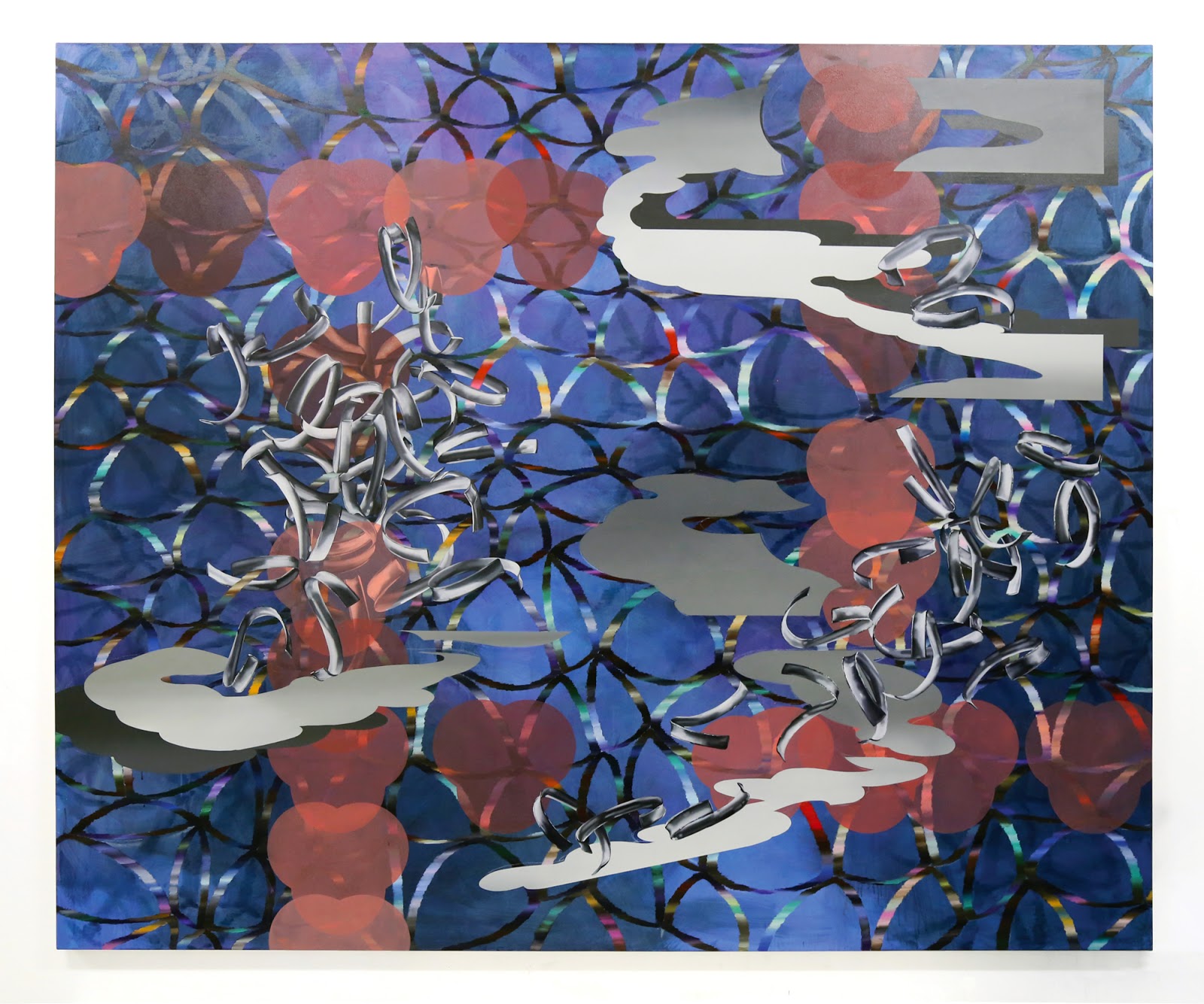 Long March Space is honored to announce our representation of London-based Chinese artist Vivien Zhang. We are proud to present “Codescape”, her first solo exhibition in China, opening on September 8.

Zhang’s approach to painting is vitally grounded in the present moment, exhibiting a distinctly network-like aesthetic. Using repetitive structures disrupted by carefully selected motifs and forms, her paintings resemble the visual experience of digital technology, the structure of algorithms themselves, and hyperlinked connections between information. Yet the results also retain an emotional core: by returning to her birthplace for this exhibition the artist is engaging with half-forgotten recollections of childhood and traces of family history.

Amidst the gleaming, inorganic textures and errant swoops of color Zhang paints as a backdrop, the origins of different motifs start to emerge: the gömböc, a self-righting object that is the physical manifestation of a mathematical formula devised by Hungarian scientists in 2006; the intricate patterns of Central Asian kilim textiles; building blocks from the 1980s video game Contra; peaches from a discontinued beverage from her childhood; or oblong shapes reminiscent of mapping projections. These motifs may be simplified into a bold, logo-like style, or sensitively rendered with photorealistic shading.

Zhang has suggested that together these symbols propose a “new landscape” — an idealized space or an image of futurity for the growing number of people that traverse between multiple cultures in their lives. In the exhibition format, Zhang seeks to evoke the experience of digitally browsing through windows of media — as one enters the gallery they will encounter paintings in layered rows. Not every detail is immediately apparent, encouraging viewers to observe from both up close and afar. With the reoccurring theme of balance (and the lack thereof), forms that uncannily blur the line between the natural and artificial world, and modular objects
that suggest a means of construction or synthesis, Zhang depicts both the instability of the present and hopeful strategies for resolution.

Spiral columns, which have previously appeared in Zhang’s work and surface again here, may serve as a fine emblem for her practice as a whole; though inspired by seeing the Baroque architectural form during an artist residency in Rome, her interest in the shape is not its local context per se, but how it has been endlessly re-appropriated, spreading across the world. Meanwhile each twist of the column and each interlaced layer of Zhang’s paintings hides more secrets, more possibilities, and more discoveries.
Tags Beijing, Lazy exhibitions, Long March Space, solo show, Vivien Zhang
Newer Post Older Post Home