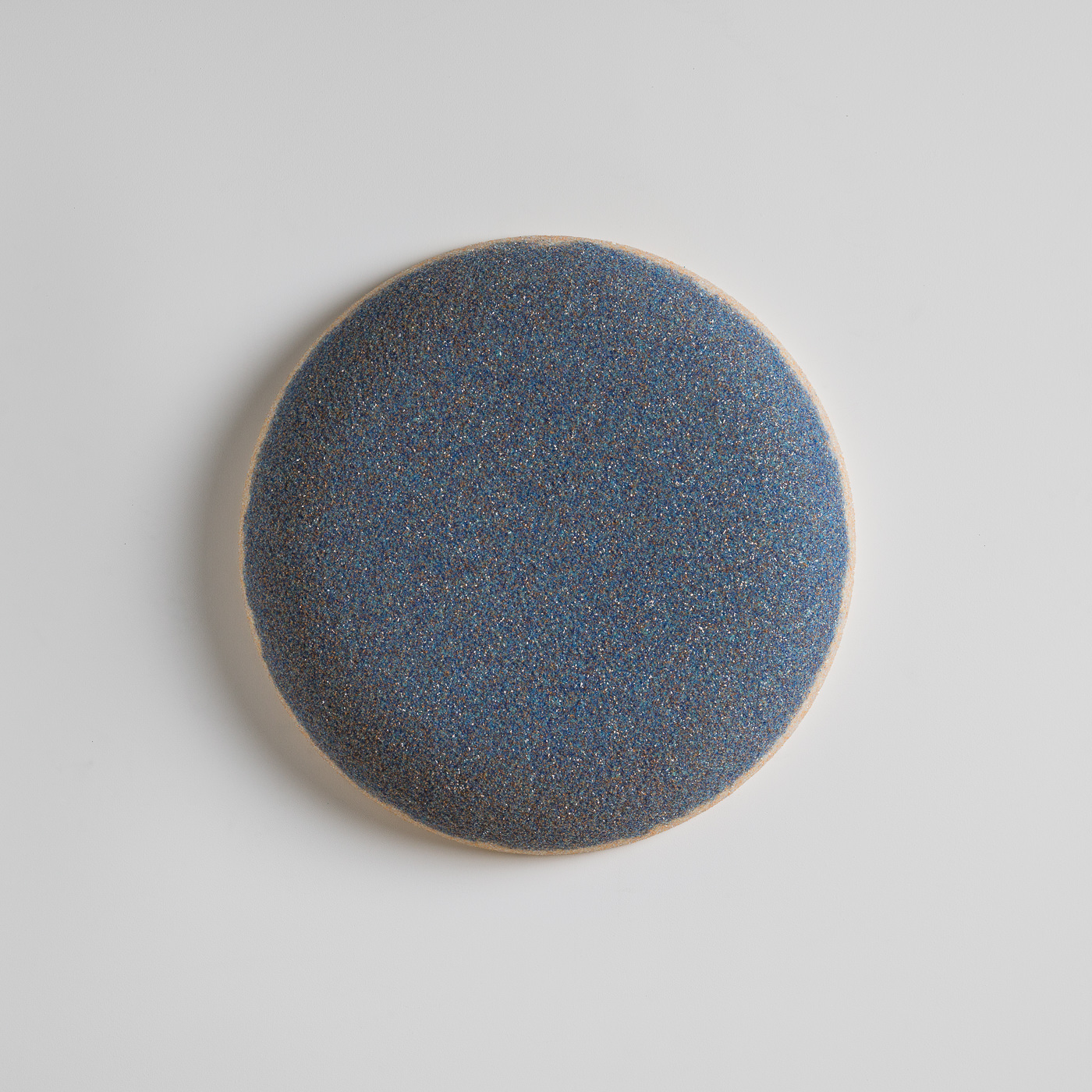 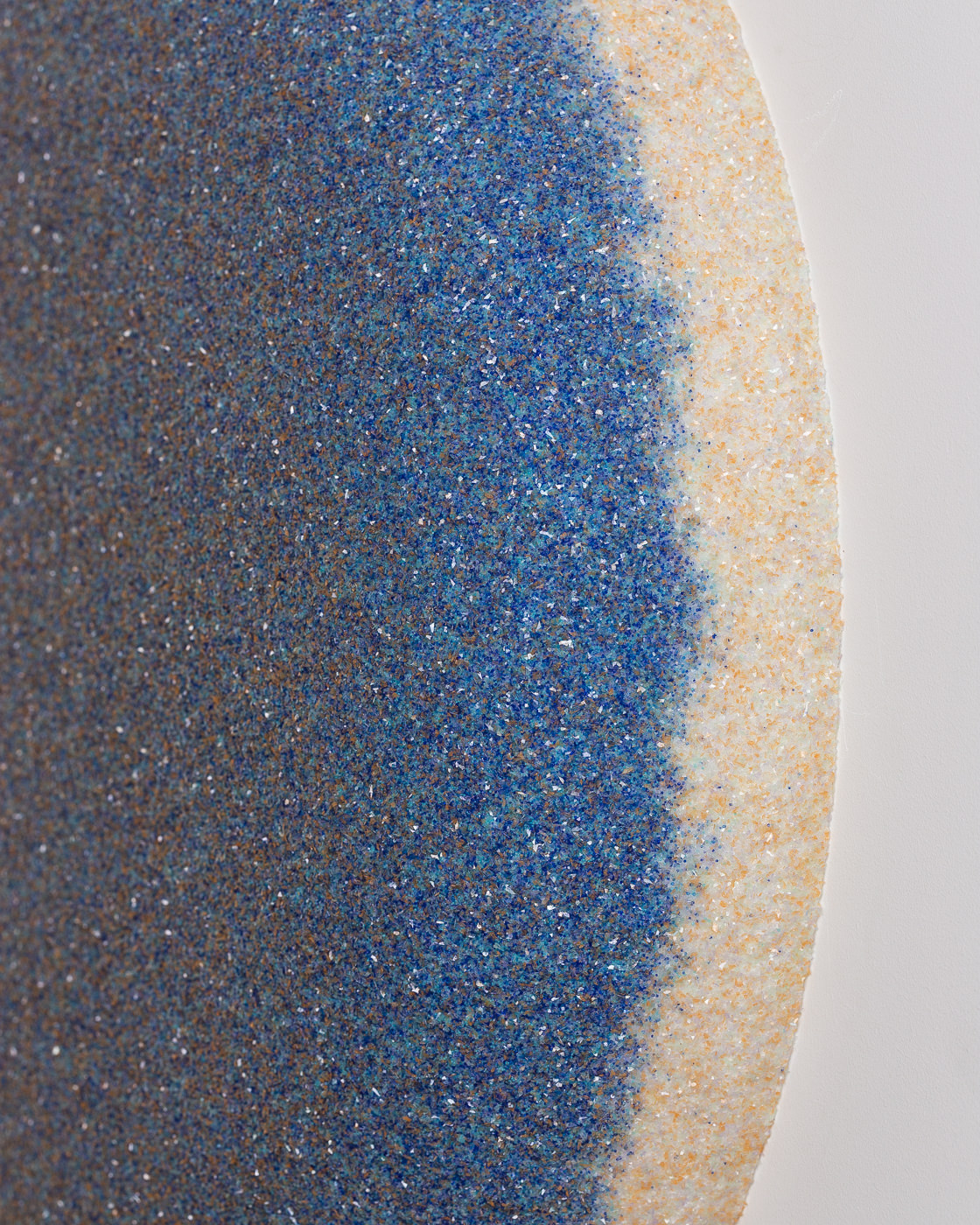 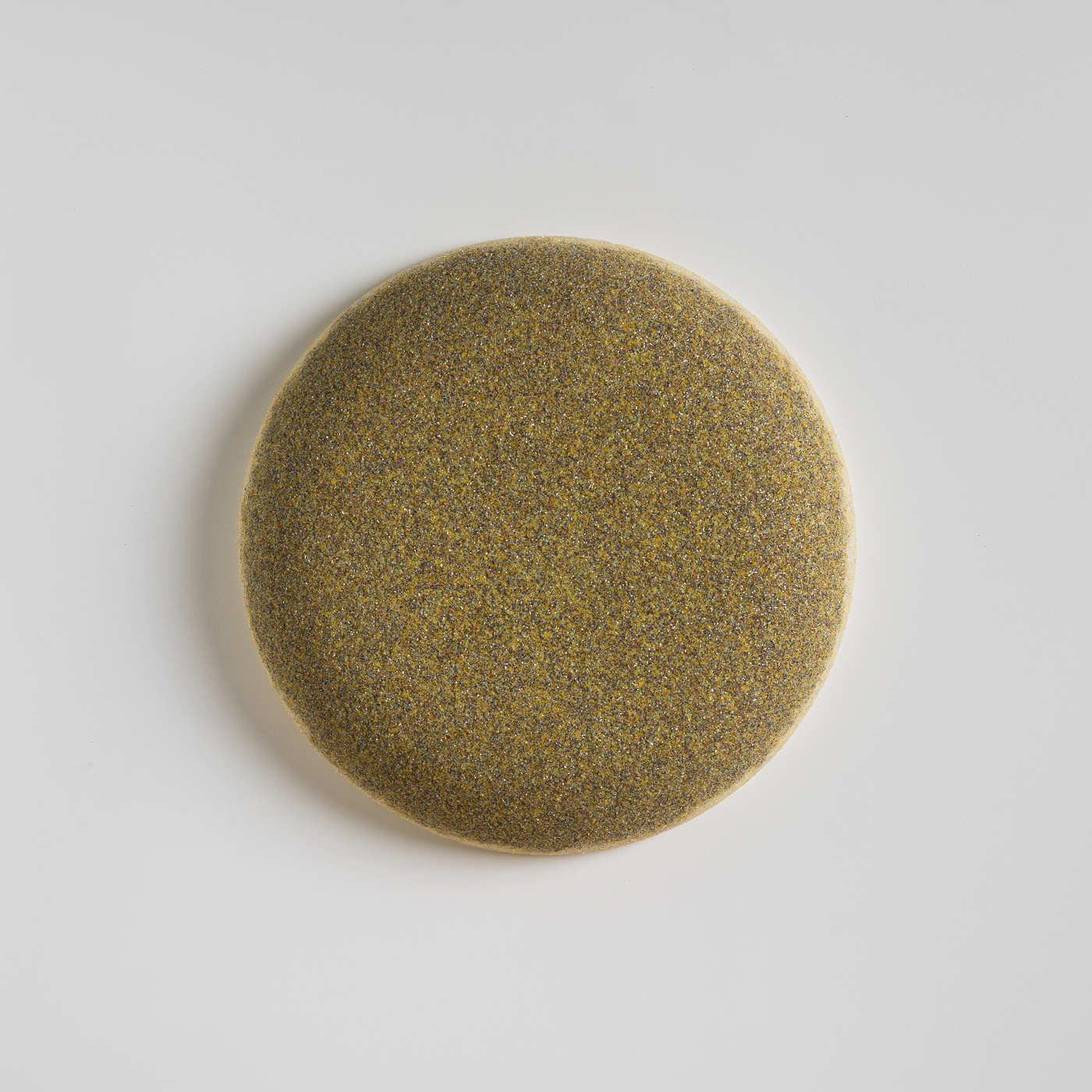 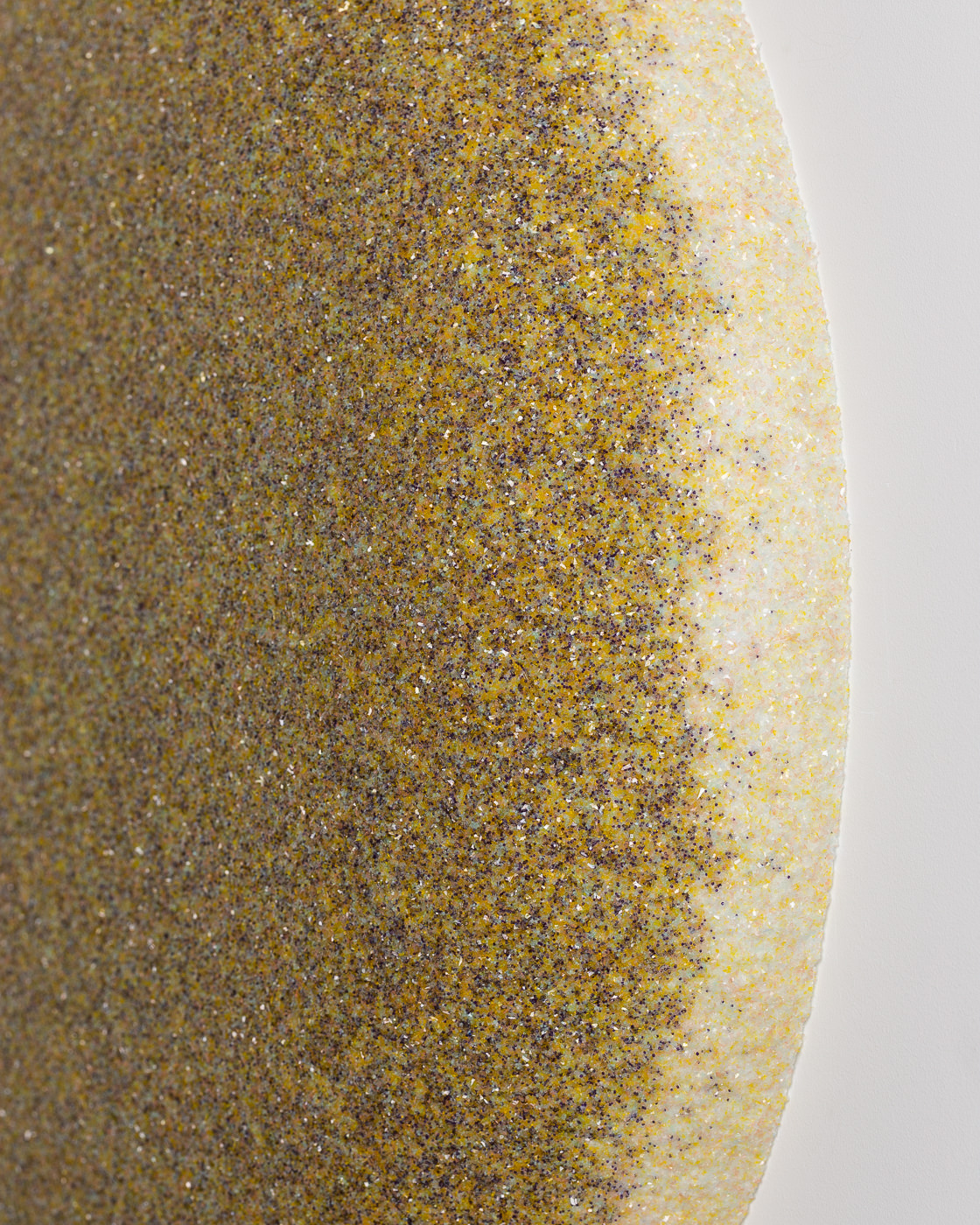 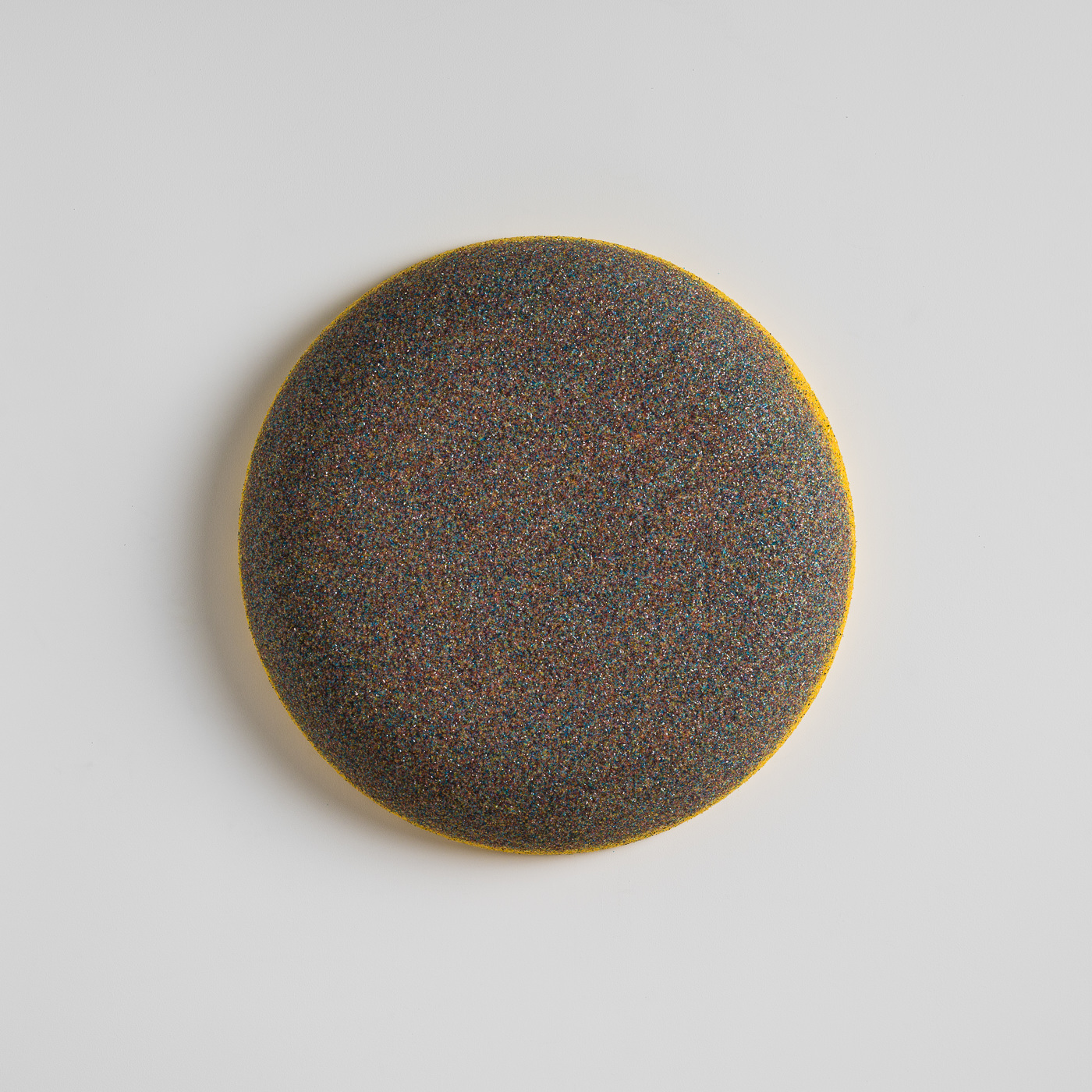 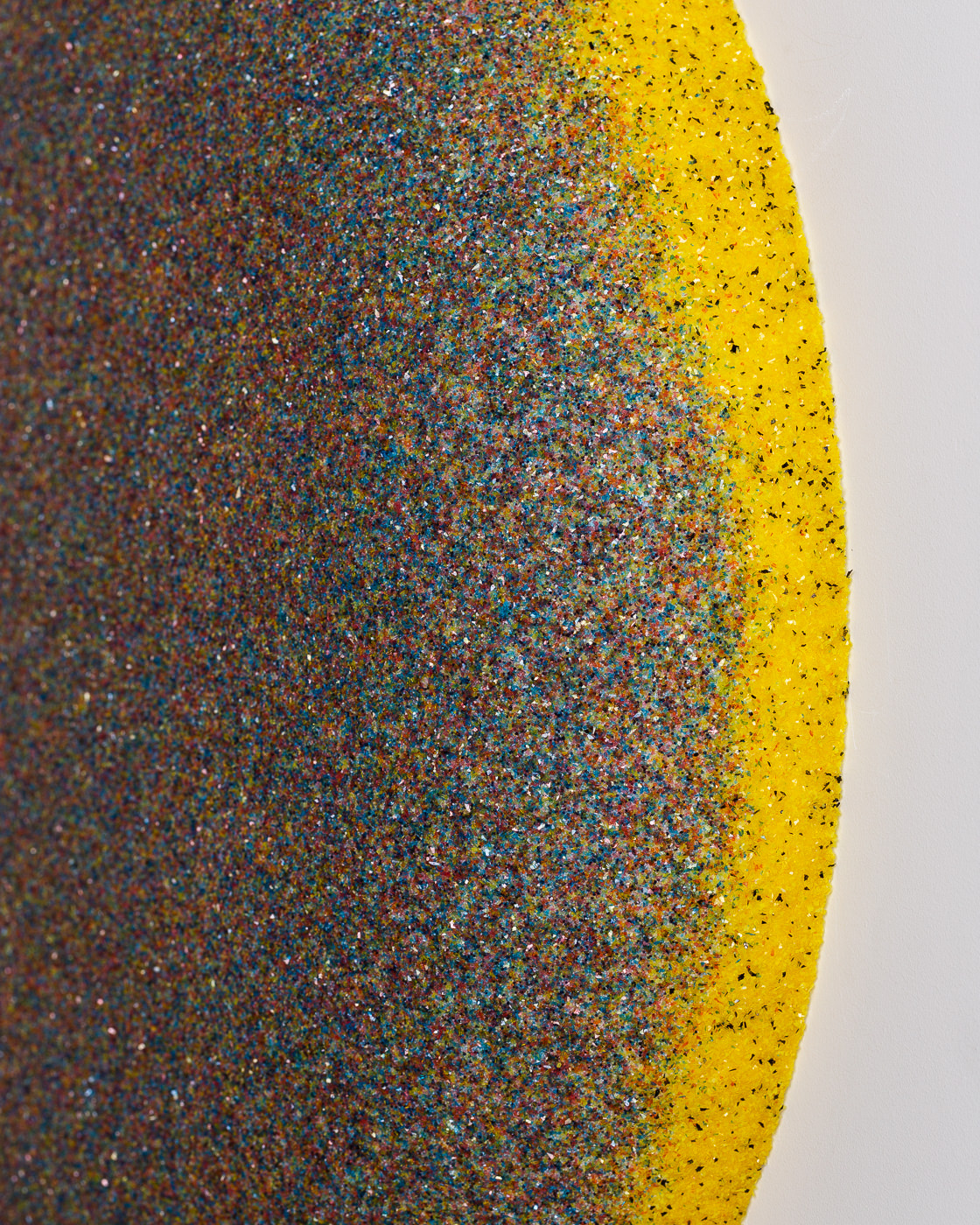 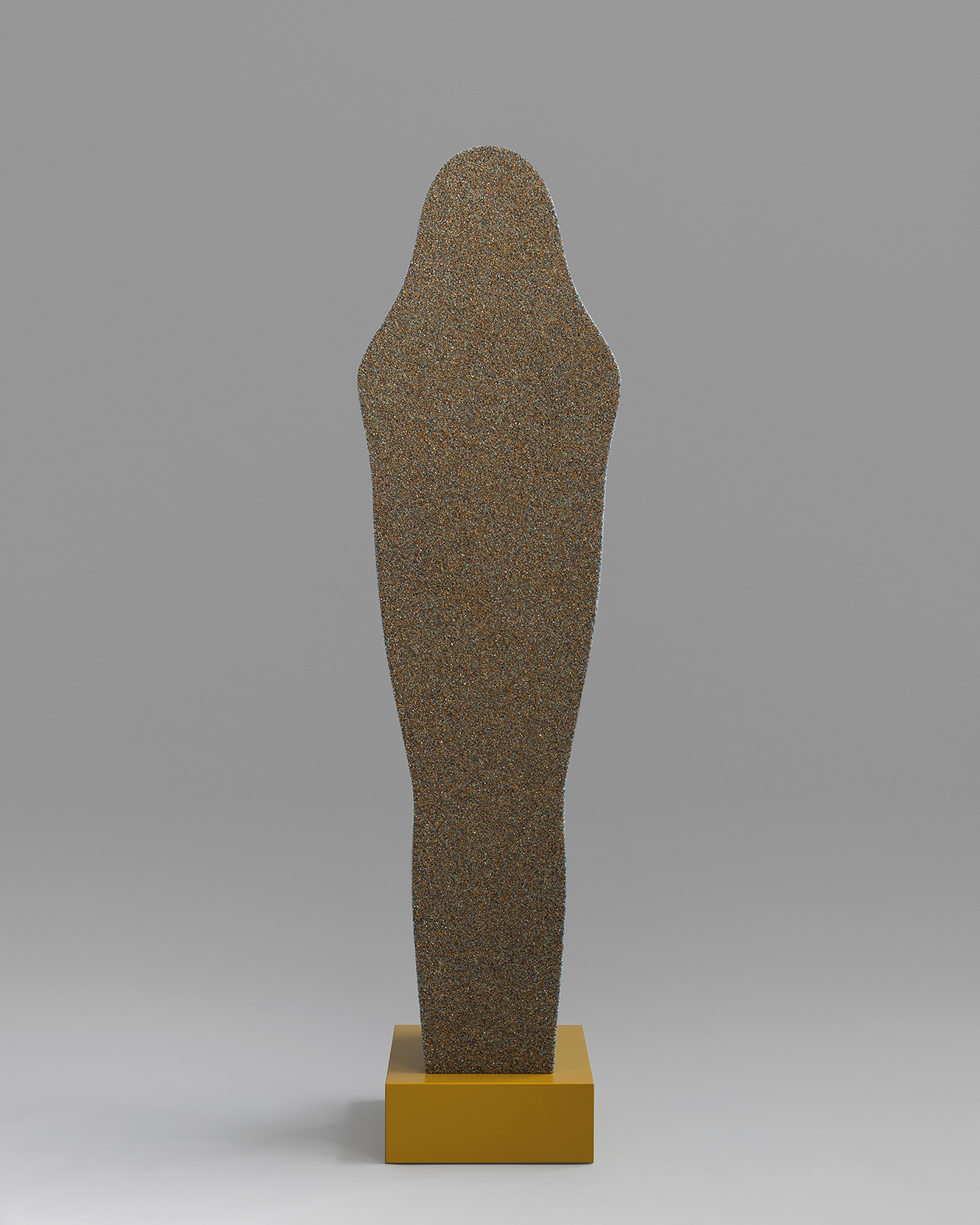 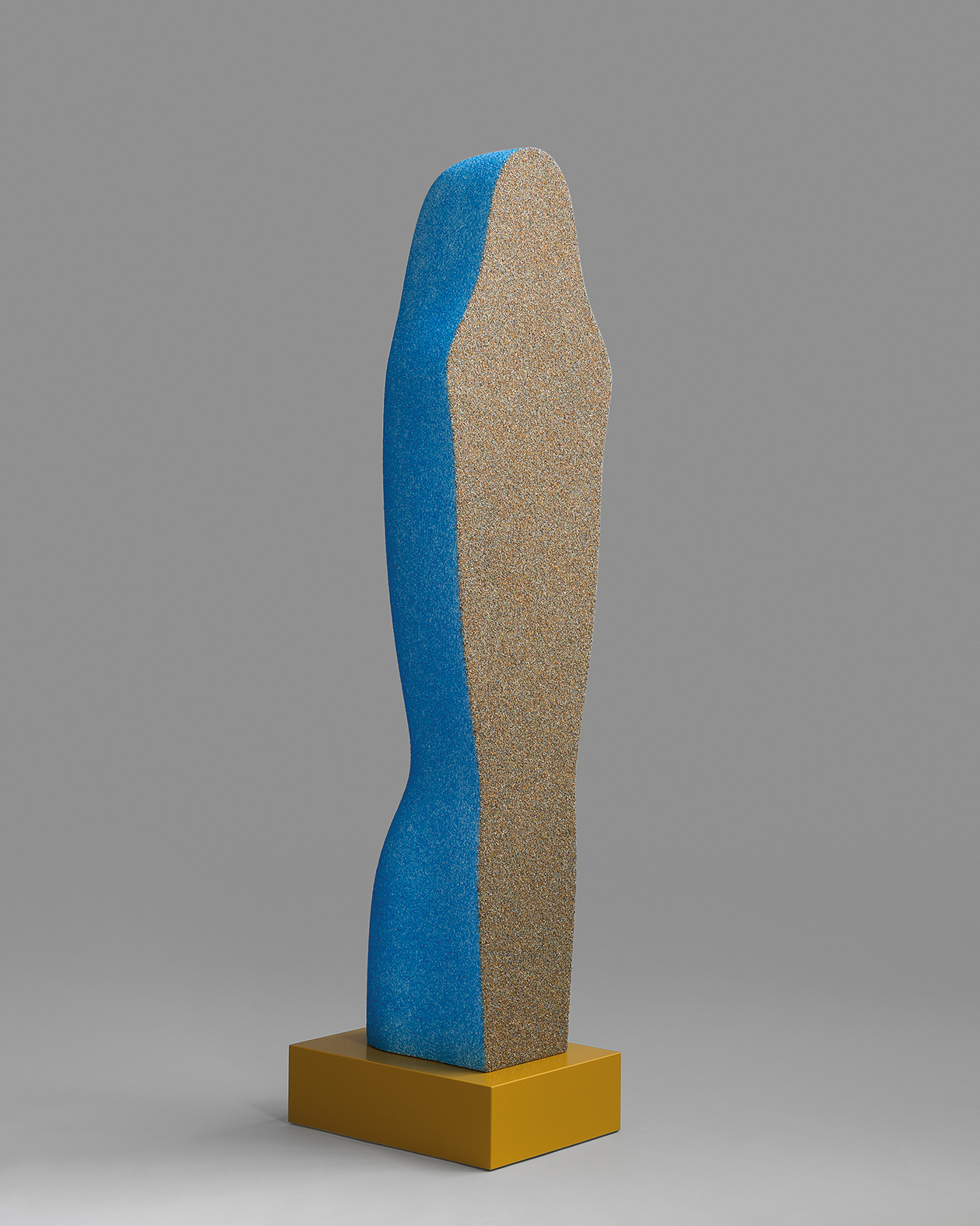 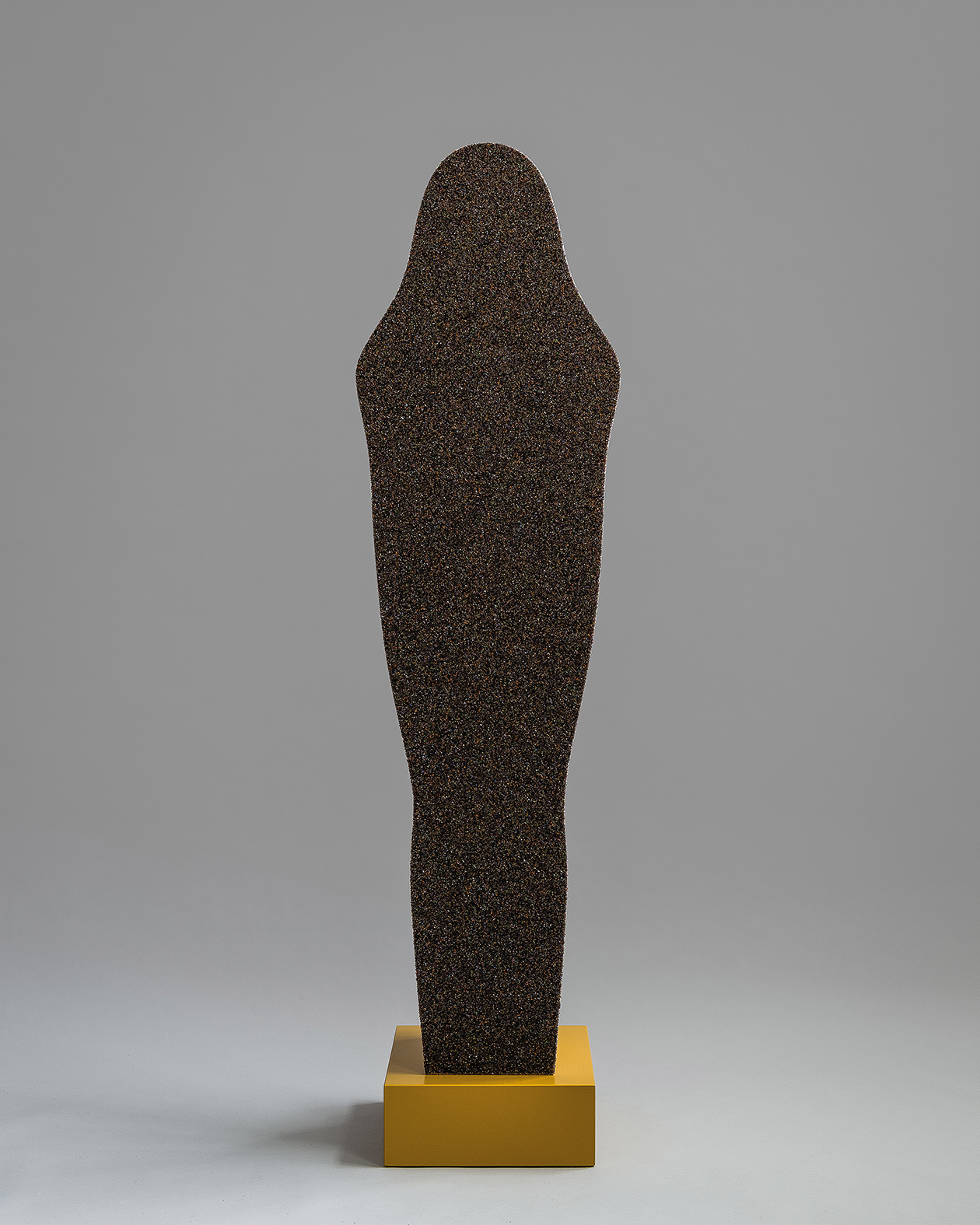 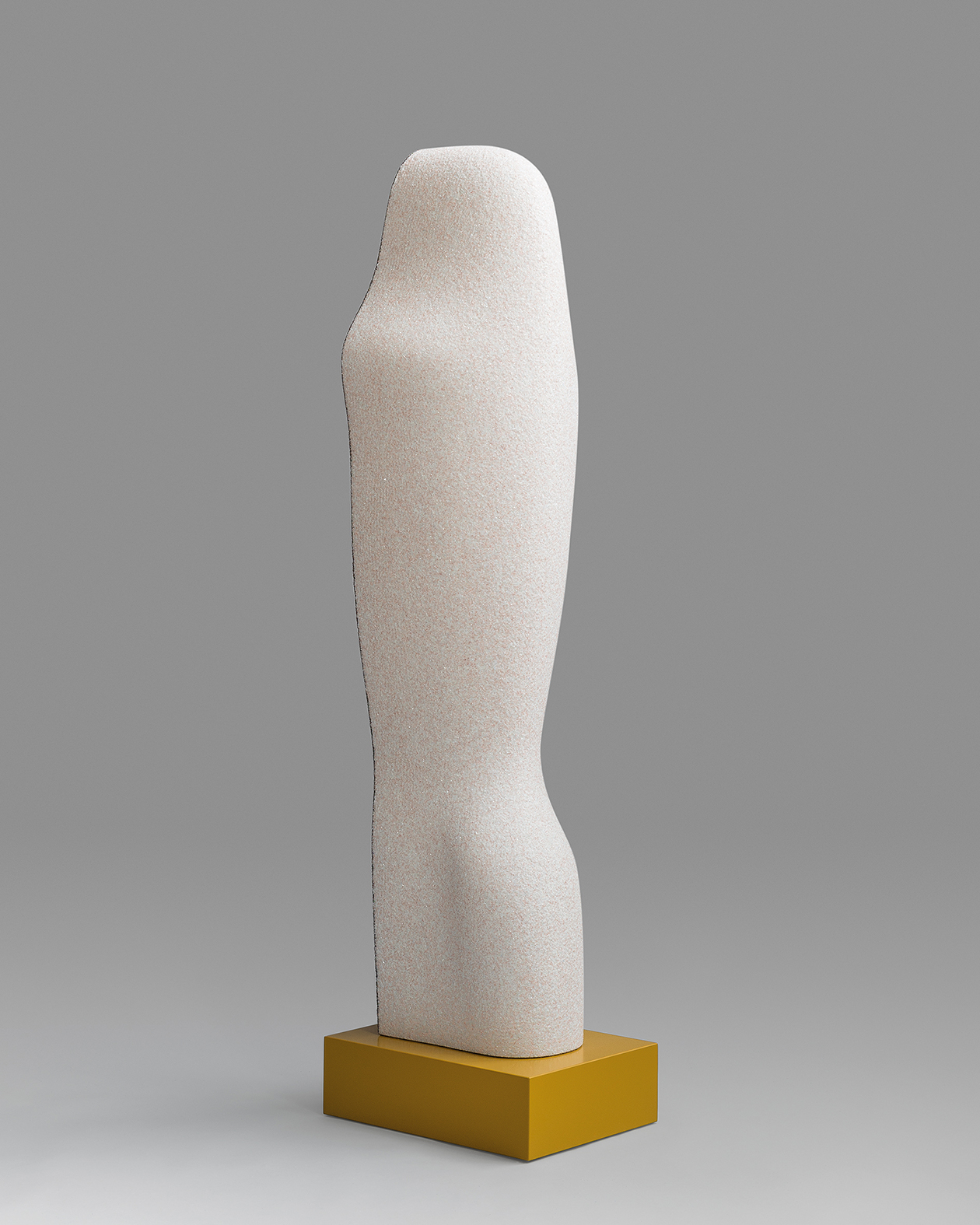 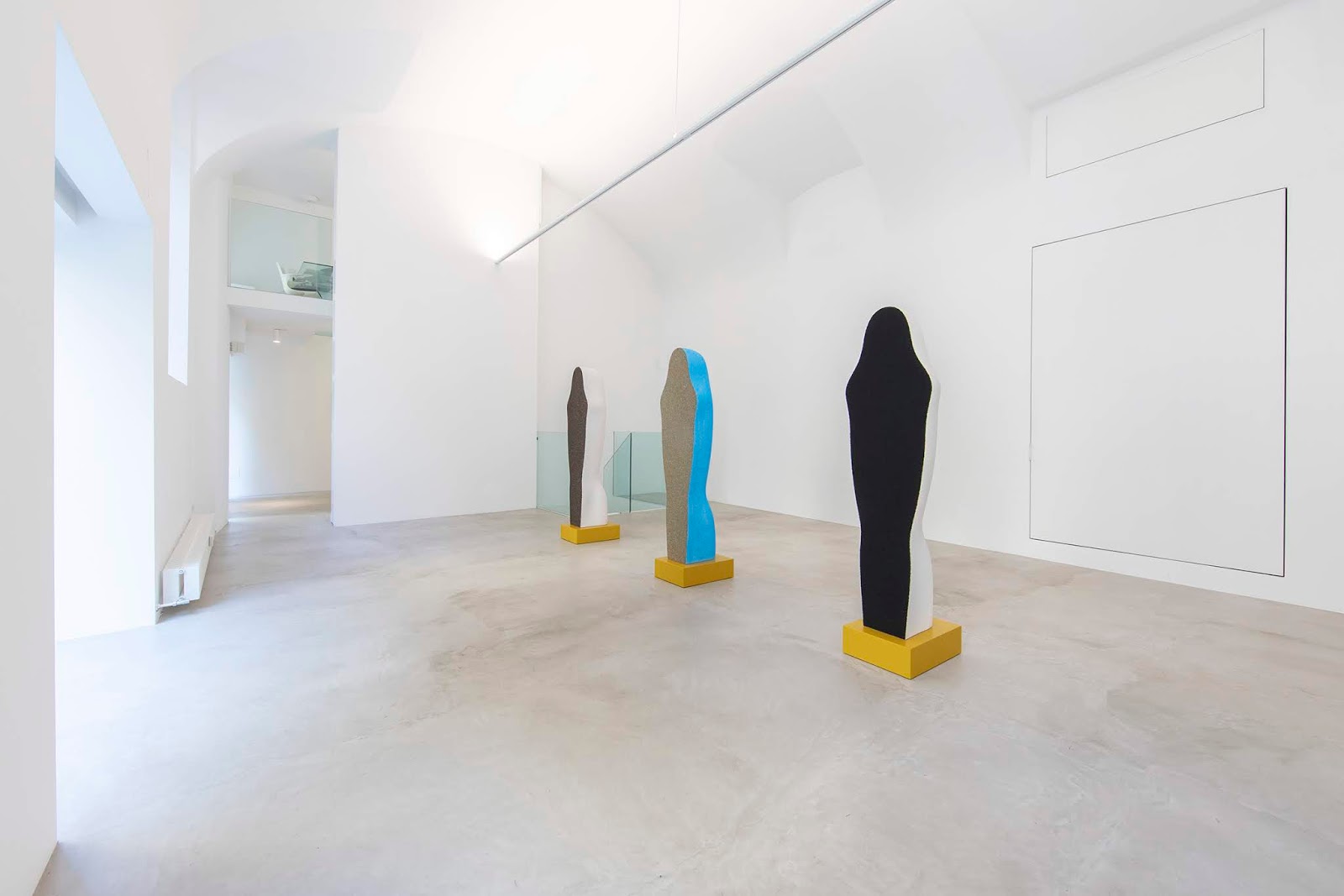 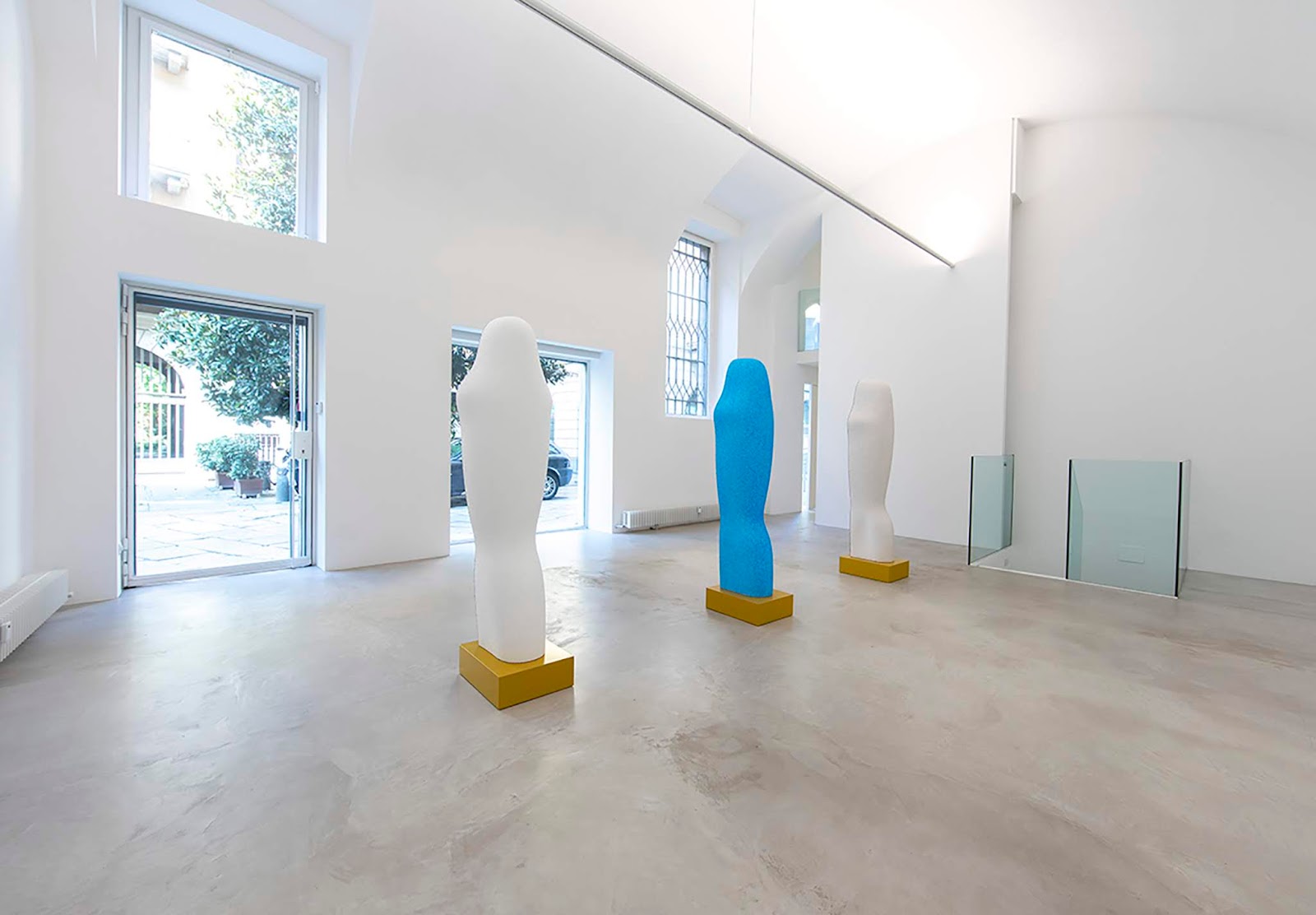 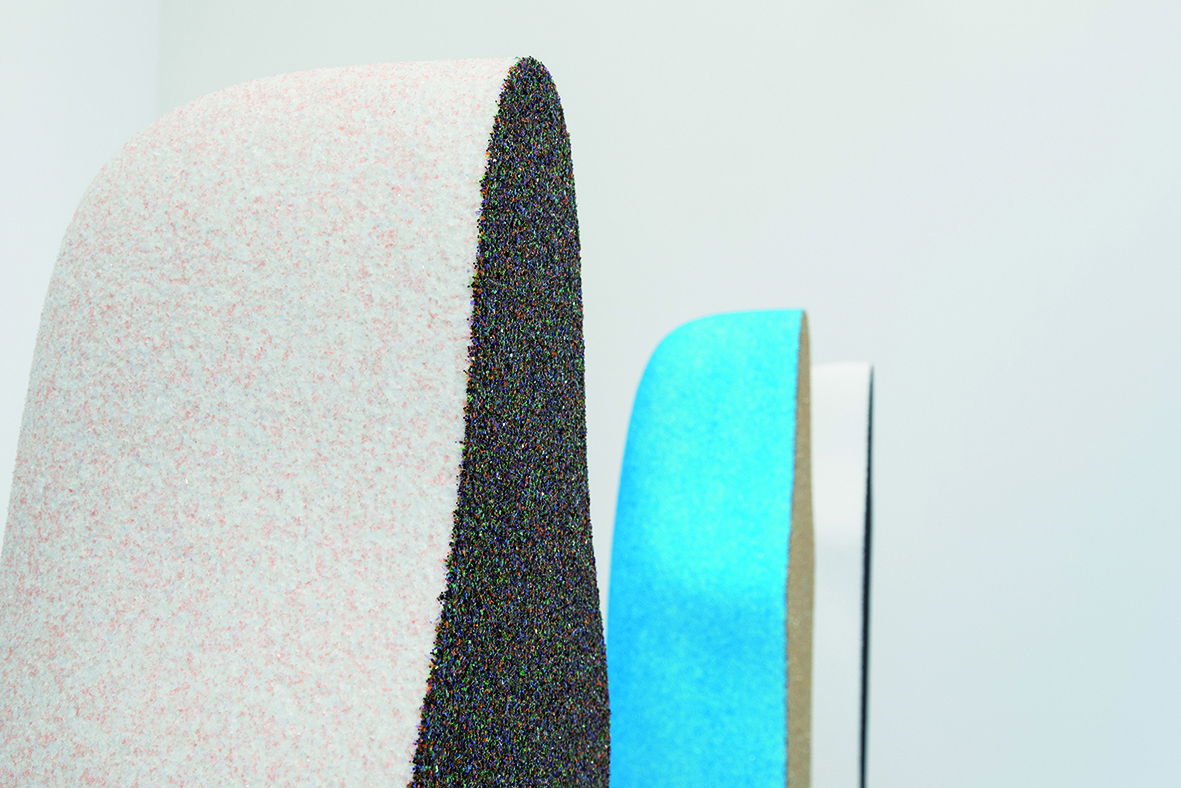 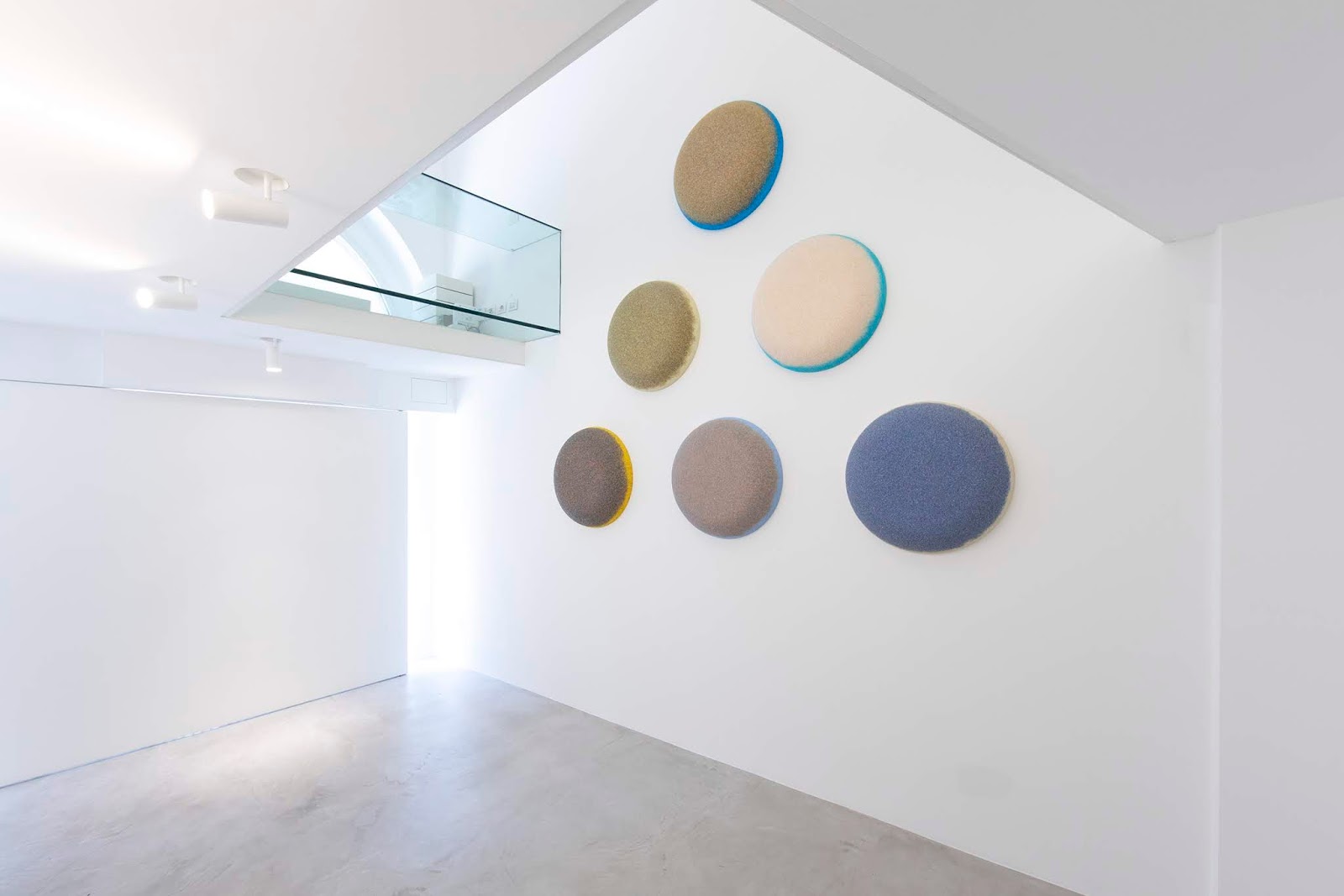 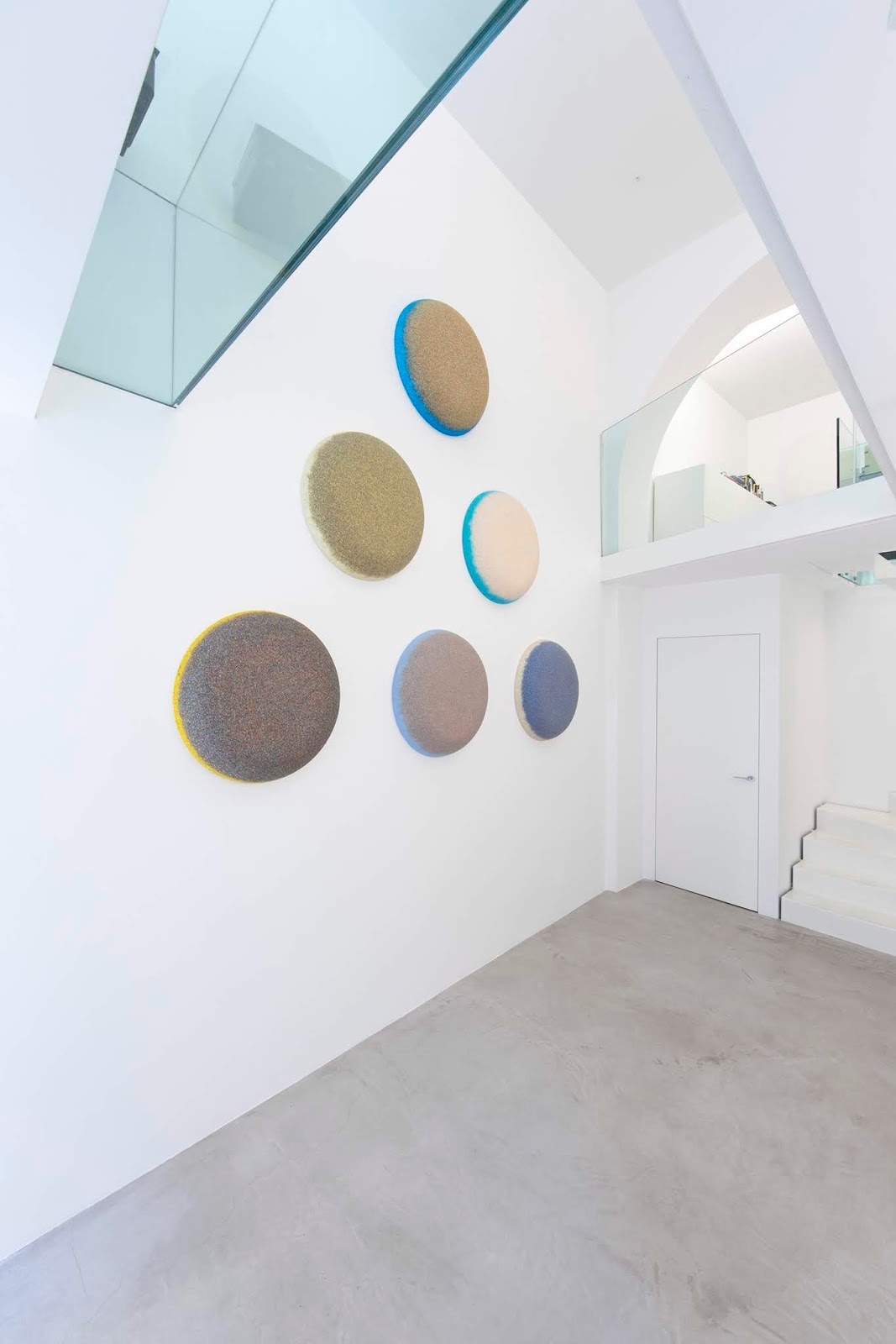 The MAAB Gallery is pleased to present Nun, a solo show by the French artist Vincent Beaurin (1960; he lives and works in Paris).

In Egyptian mythology, Nun was one of the Ogdoad, the eight divinities that formed the primordial forces descended from the essence of Chaos: Nun, an entity of the primordial waters, was an ether without volume or form; it was inert from the very beginning and extended throughout the cosmos. In the same way, the statues by Beaurin, made specifically for this exhibition in Milan, are solids with ancestral forms representing possible entities; they gain their strength from the unstable profiles that are made and unmade during the production process.

An inquiry into form is joined to a great interest in colour vibrations and light in the works titled Ocelles, polystyrene tondi covered with small fragments of glass and that are like the round, pigmented marks that adorn the coats of various animals. In these works the tonal changes determine an overcoming of the formal seriality of the object, and the treatment of the material questions its boundaries.