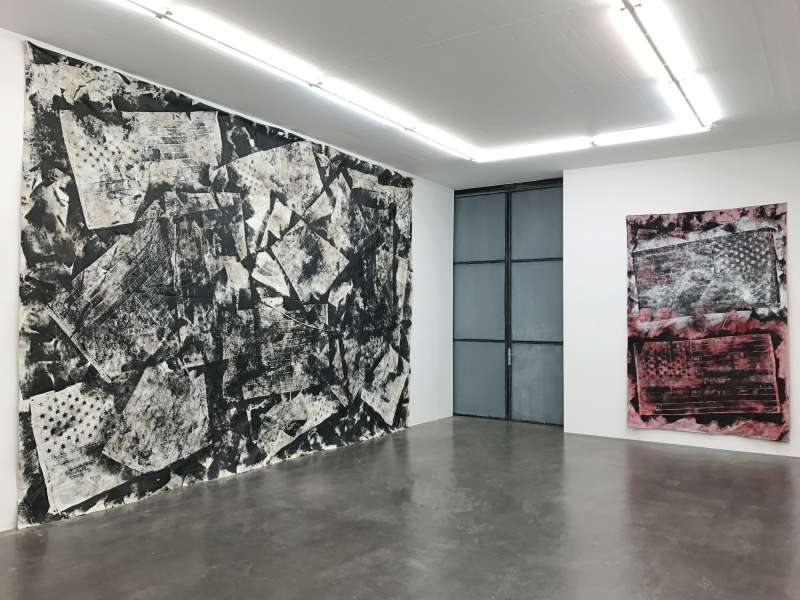 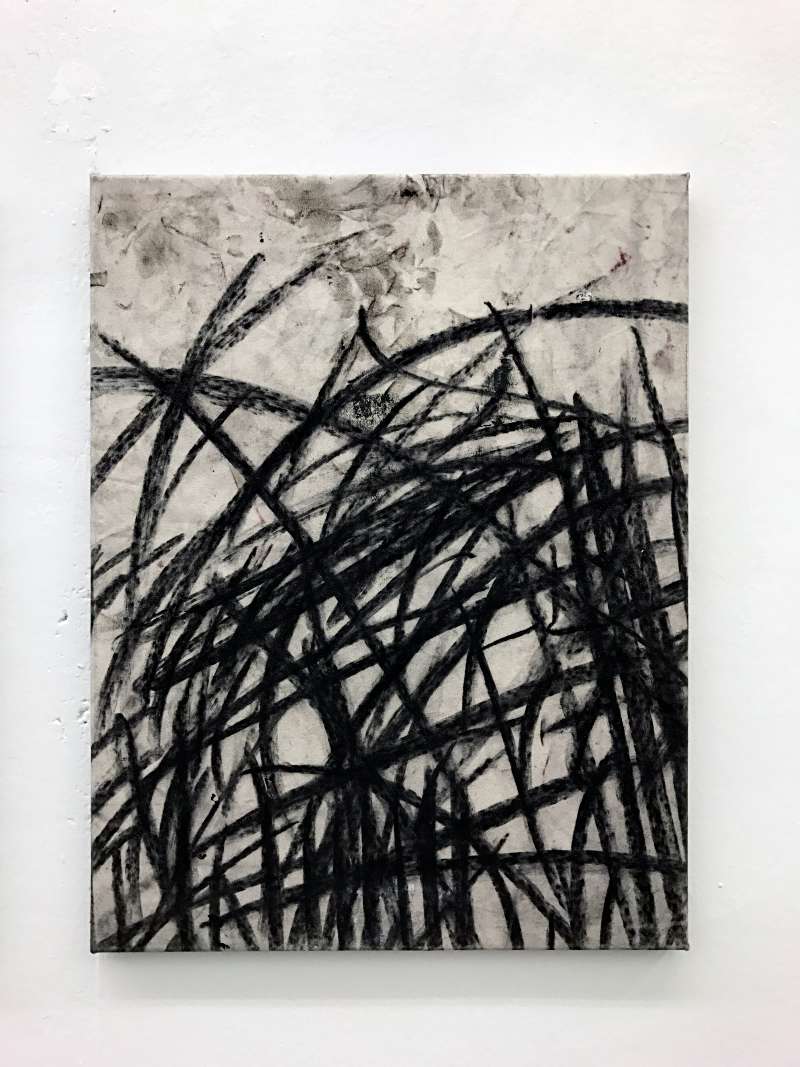 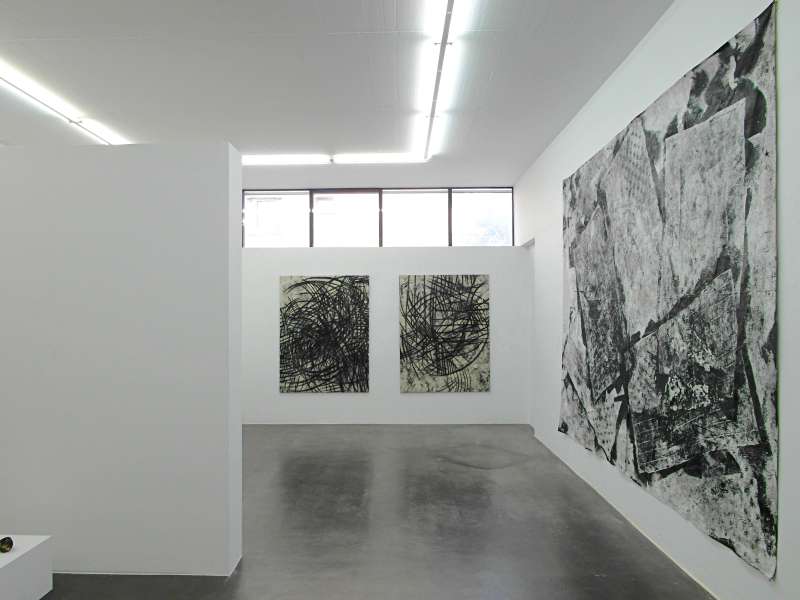 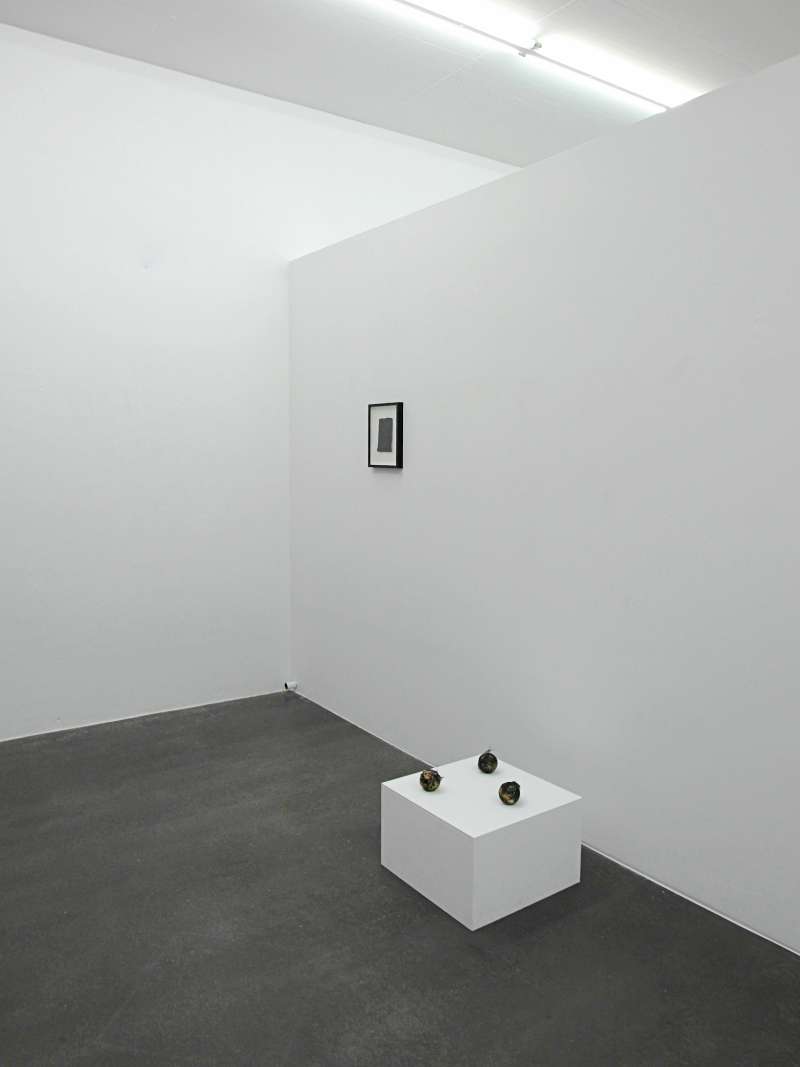 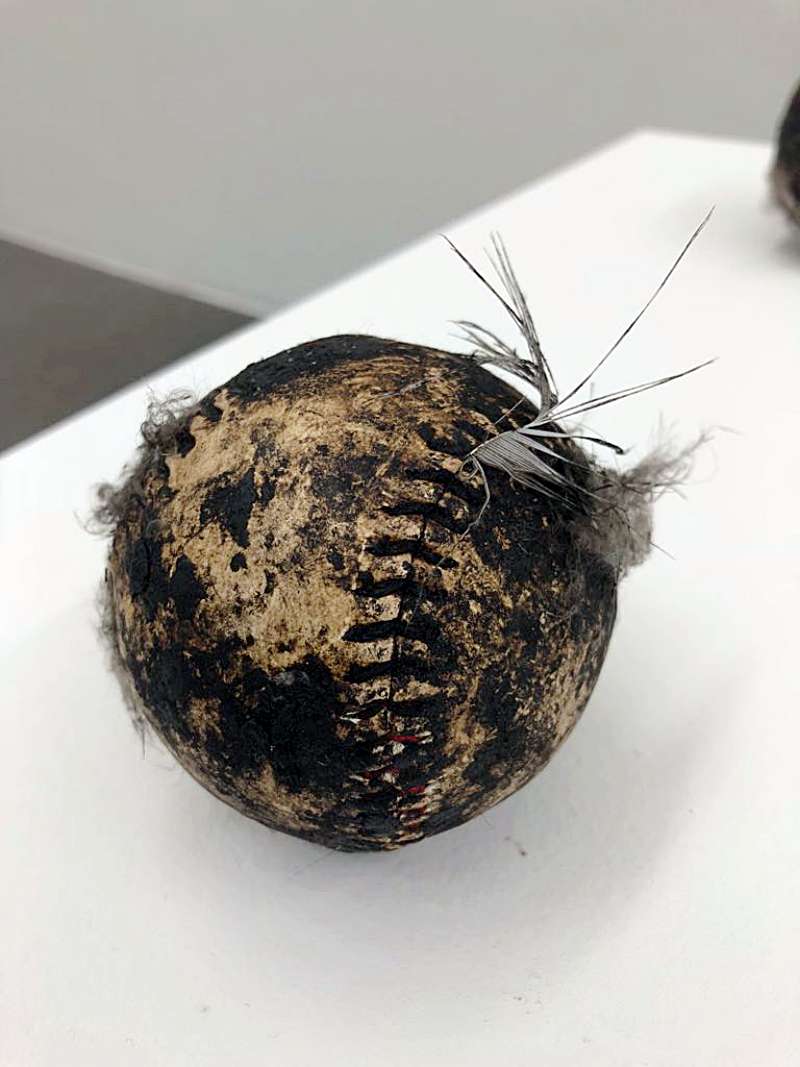 Paul Weiner’s protean output of paintings, drawings, and sculptural works grapples with America’s contemporary identity and history, generating symbols of an American culture in turmoil. Based in Colorado, Weiner grew up a quick drive from the sites of the Columbine Massacre and the Century Aurora shooting, a unique personal history that lends the unsettling aura of a culture consumed with violence to his work. His evocations of 21st Century American nationalism interrogate the anthropological roots of American culture, directly channeling and altering the meaning of American iconography associated with the flag, sports, folk history, legal system, and military industrial complex.
Weiner is keenly focused on formal, painterly innovation. Formally, Weiner works in a gestural manner, but the style of an image is determined by its content. Wiener sees himself at the intersection of conceptual art and painting: "My paintings themselves are often torn or look beaten, like they've been bruised. I like that aesthetic because it reflects the violent acts that inspired the paintings." The paintings in the exhibition are inspired by the American flag. At the same time, the remains of the flag are over-exposed, and vanish into a cloud of dust.
In his most recent flag paintings, Weiner builds on the heritage of American painters who have addressed the flag. By using the flag as a material, he advances the conversation on the flag’s removal from illusionary and flat, pictorial space. Weiner stacks layers of black and white oil paint and charcoal over the flag in an effort to create an introspective mindset in the viewer. This approach would have been illegal in the United States until the Supreme Court case of Texas v. Johnson in 1989, which made it legal to desecrate the flag as a form of free speech. However, Weiner’s work is complicated in its approach to altering the flag, allowing the viewer to decide whether the flag is being defiled or adorned by its painted layer.
The accompanying works on canvas divorce the symbols of the flag from their original substrate by combining multiple monoprints pulled directly from American flags onto the canvas together with drawn and painted versions of these symbols, especially stars and stripes. Weiner uses this visual language to create hectic, overwhelming compositions that speak to the pace of the changing American political scene, often played out in the 24 hour news cycle in a way that has created a constantly anxious and disturbed population.
Weiner’s sculptural output also includes pieces addressing American sports and folk history, such as baseballs that have been covered in tar and feathers, and videos representing American domestic and military violence alongside violent paintings and prints of legal documents related to American mass shootings.
Paul Weiner was born in 1993 in Aurora, Colorado. Weiner’s works have been included in exhibitions at Durden & Ray, LA, CA; Mana Contemporary, Chicago, IL; TW FINE ART, Brisbane, Australia; Chabah Yelmani Gallery, Brussels, Belgium; 44309 Gallery, Dortmund, Germany; YIA Art Fair, Brussels, Belgium; ARTBandini Fair, Los Angeles, CA; CTRL+SHFT, Oakland, CA. He has also been a visiting artist in residence with Long Road Projects and Miscellaneous Press, a two person exhibition with Kristin Bauer at Carthage College’s HF Johnson Gallery in Wisconsin, and a two person exhibition at Miscellaneous Museum in Los Angeles. In 2015, Weiner received his Bachelor of Fine Arts in painting from Syracuse University studying under artists such as Andrew Havenhand, Sharon Gold, Kevin Larmon, and Jerome Witkin degree before returning to his home state of Colorado.