Julian Charrière / As We Used to Float 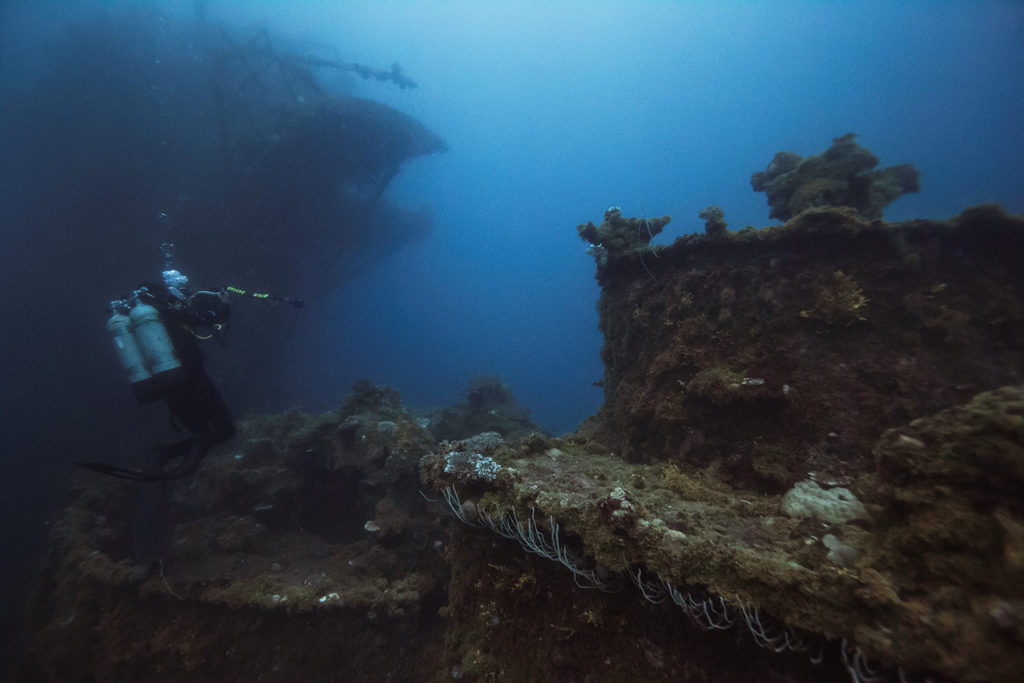 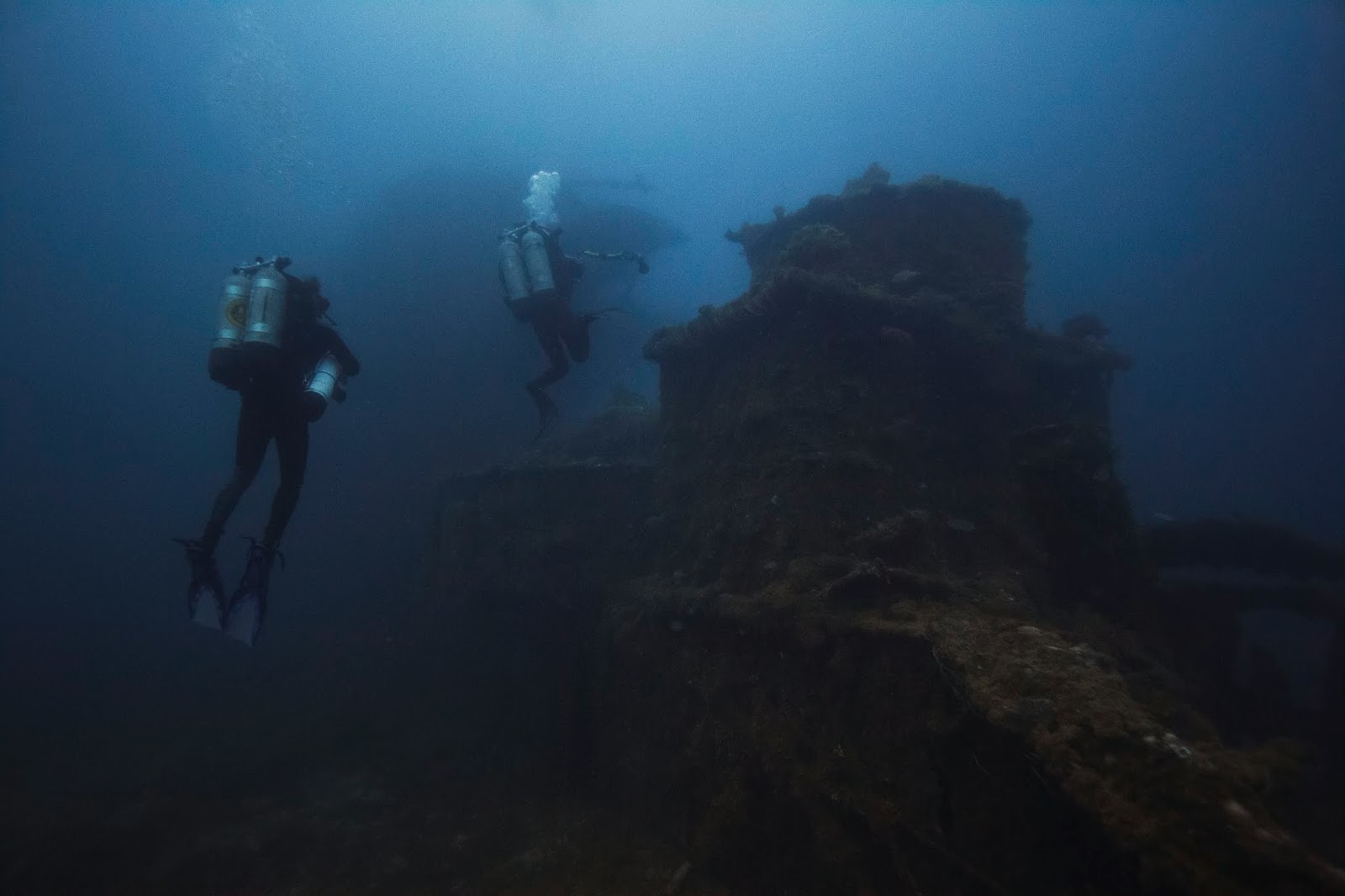 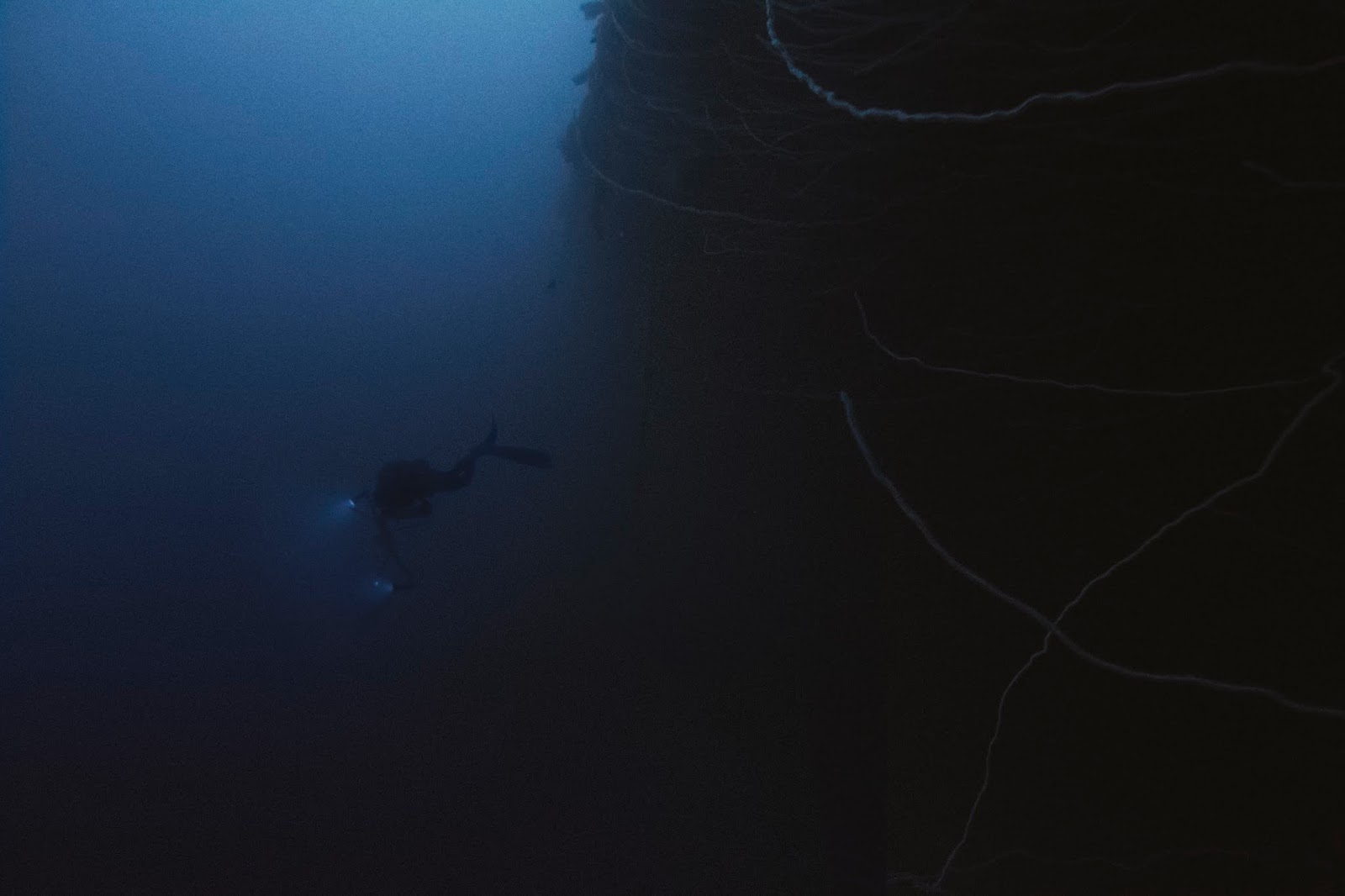 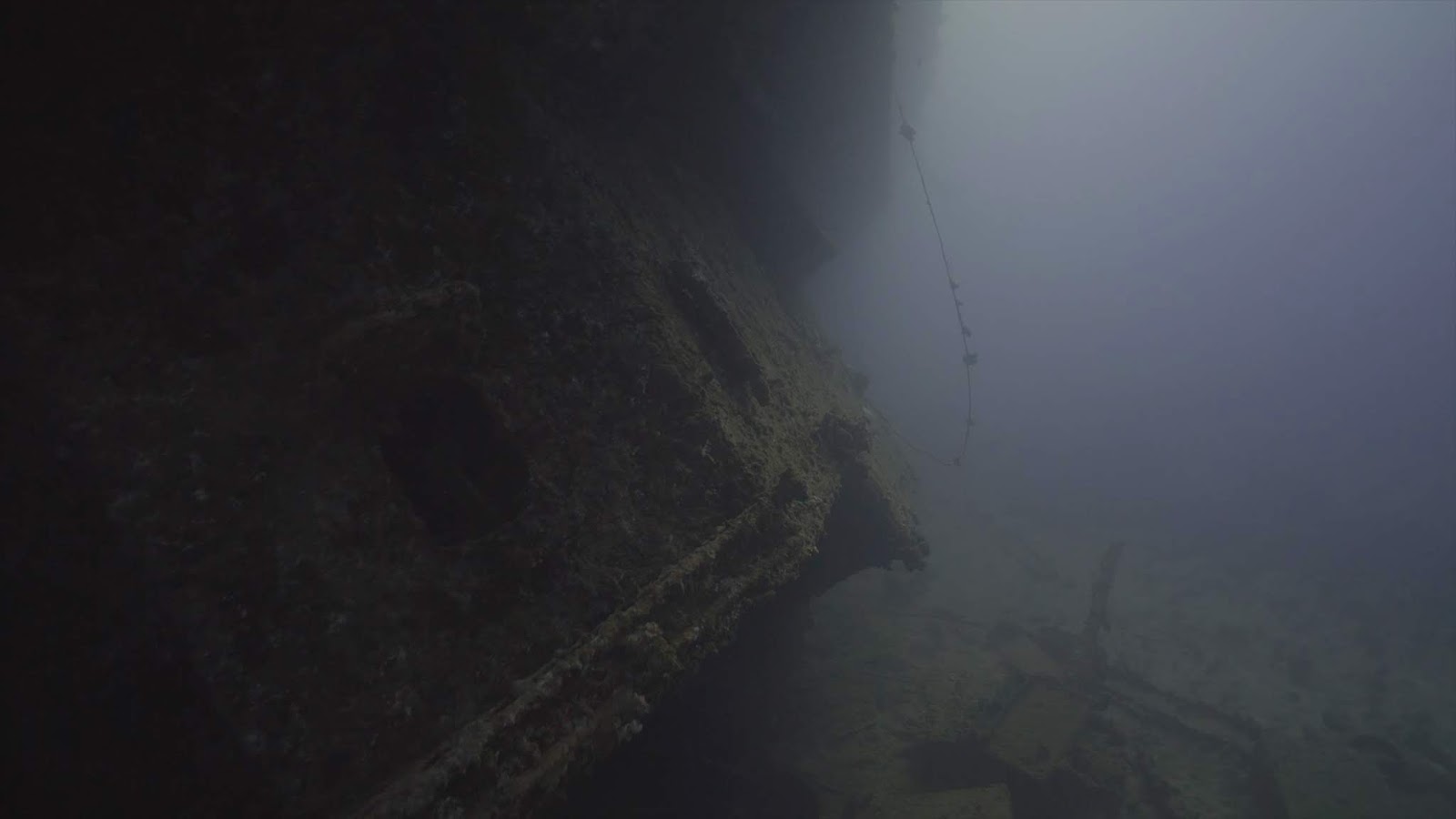 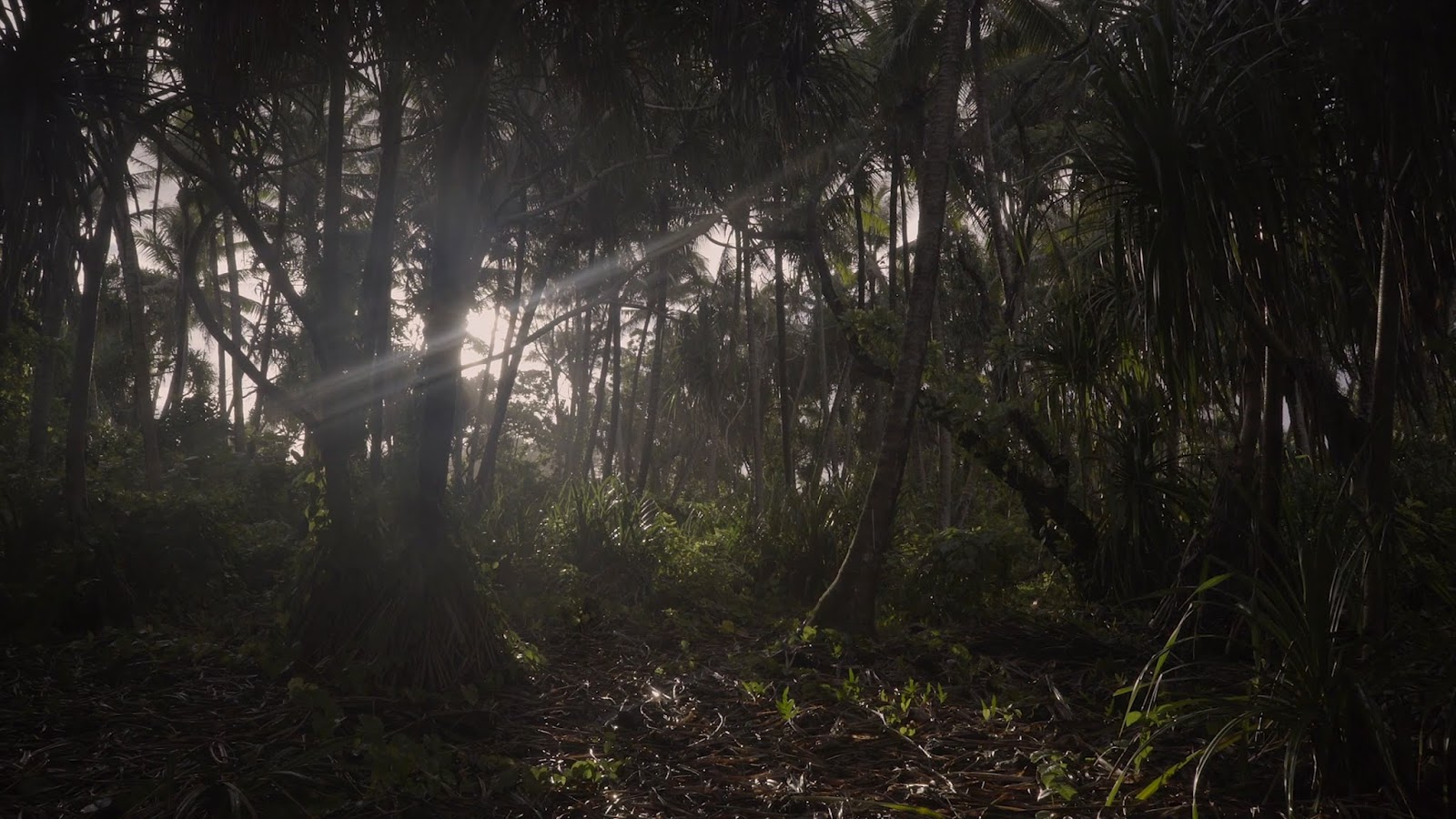 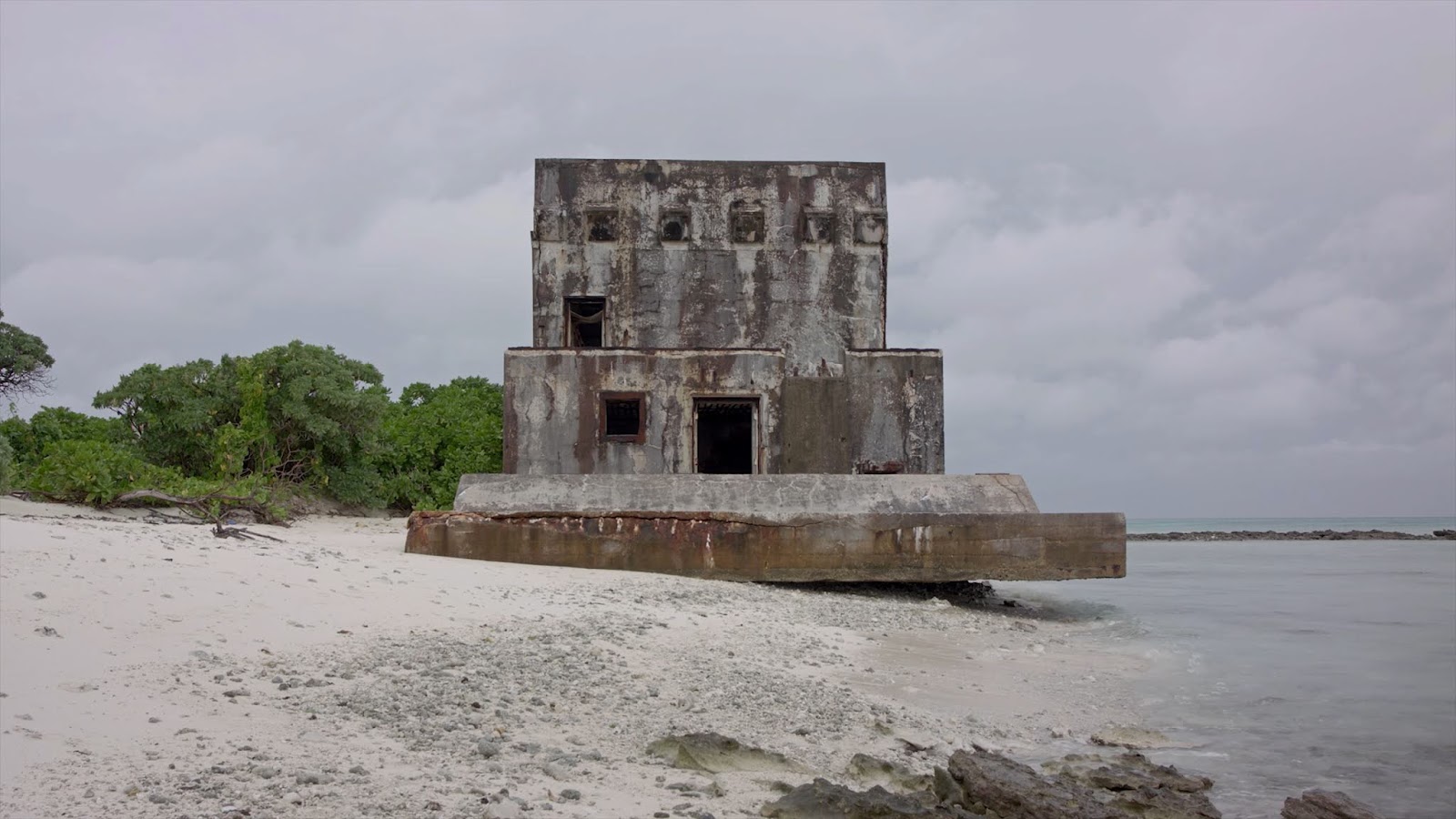 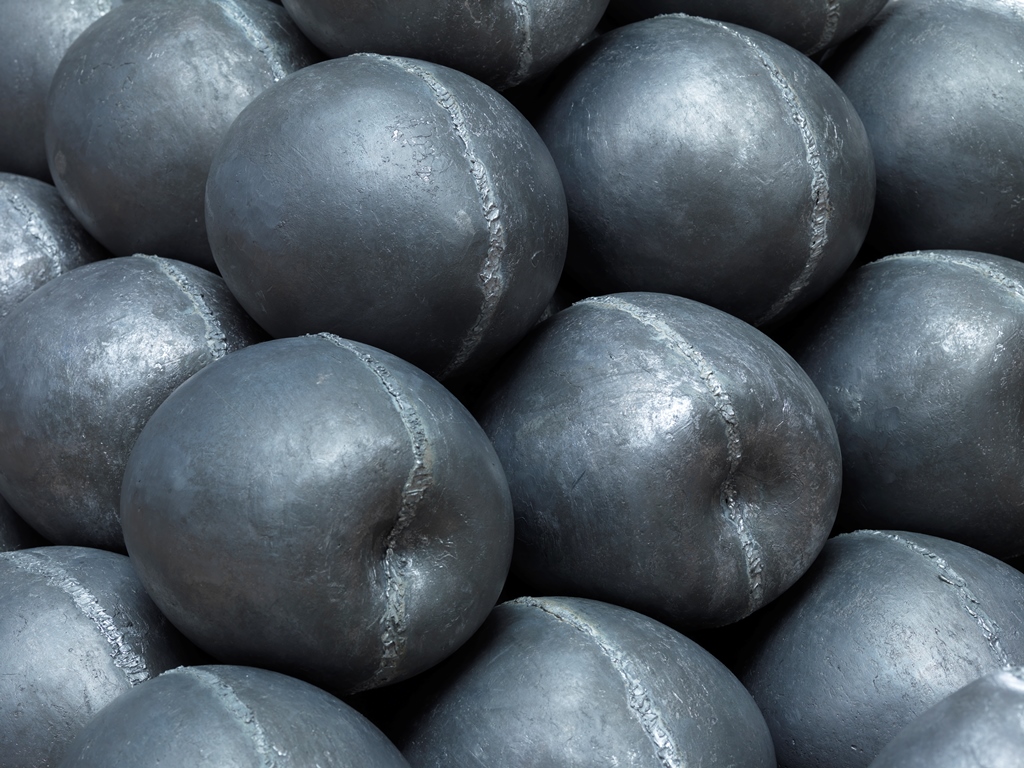 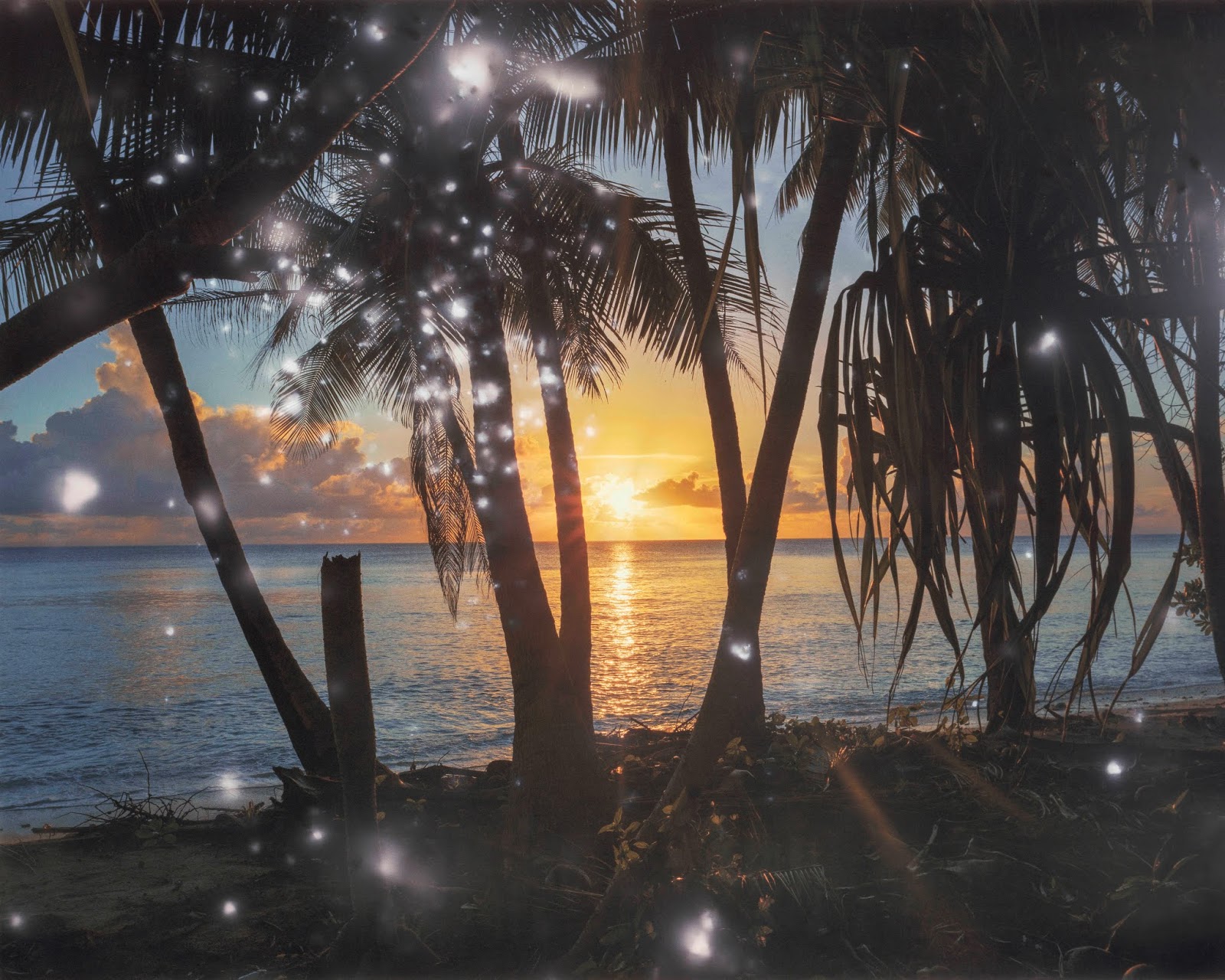 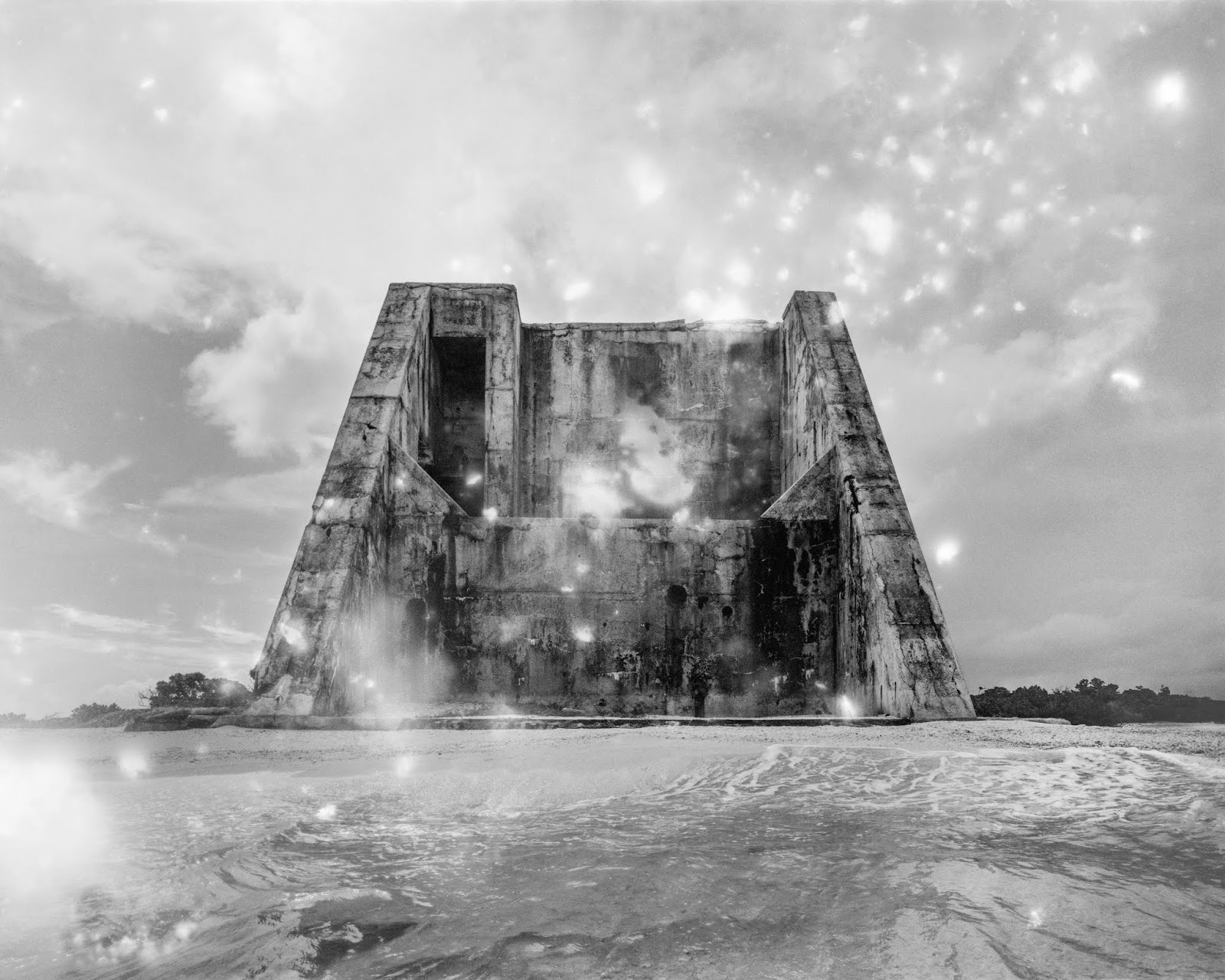 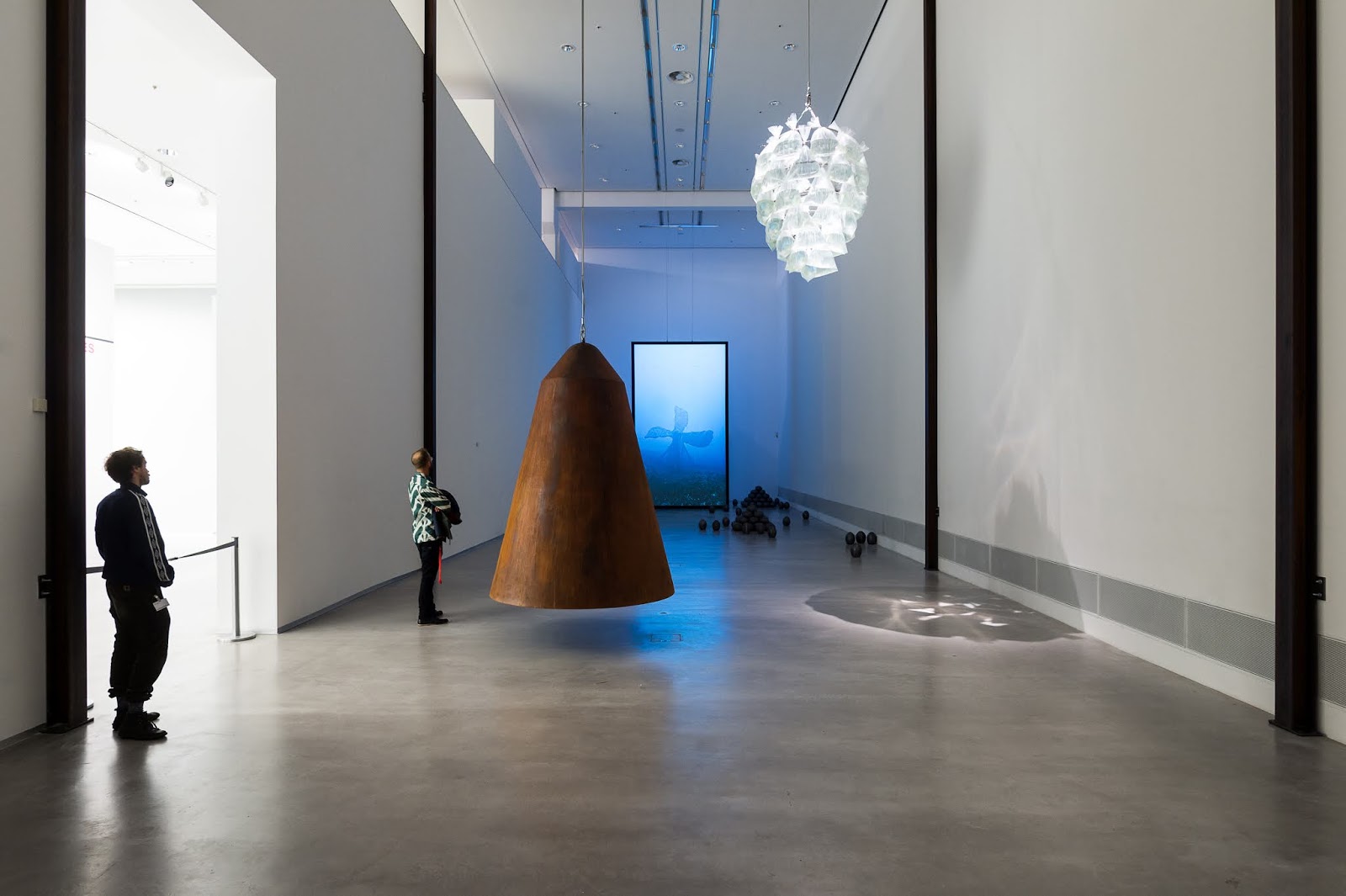 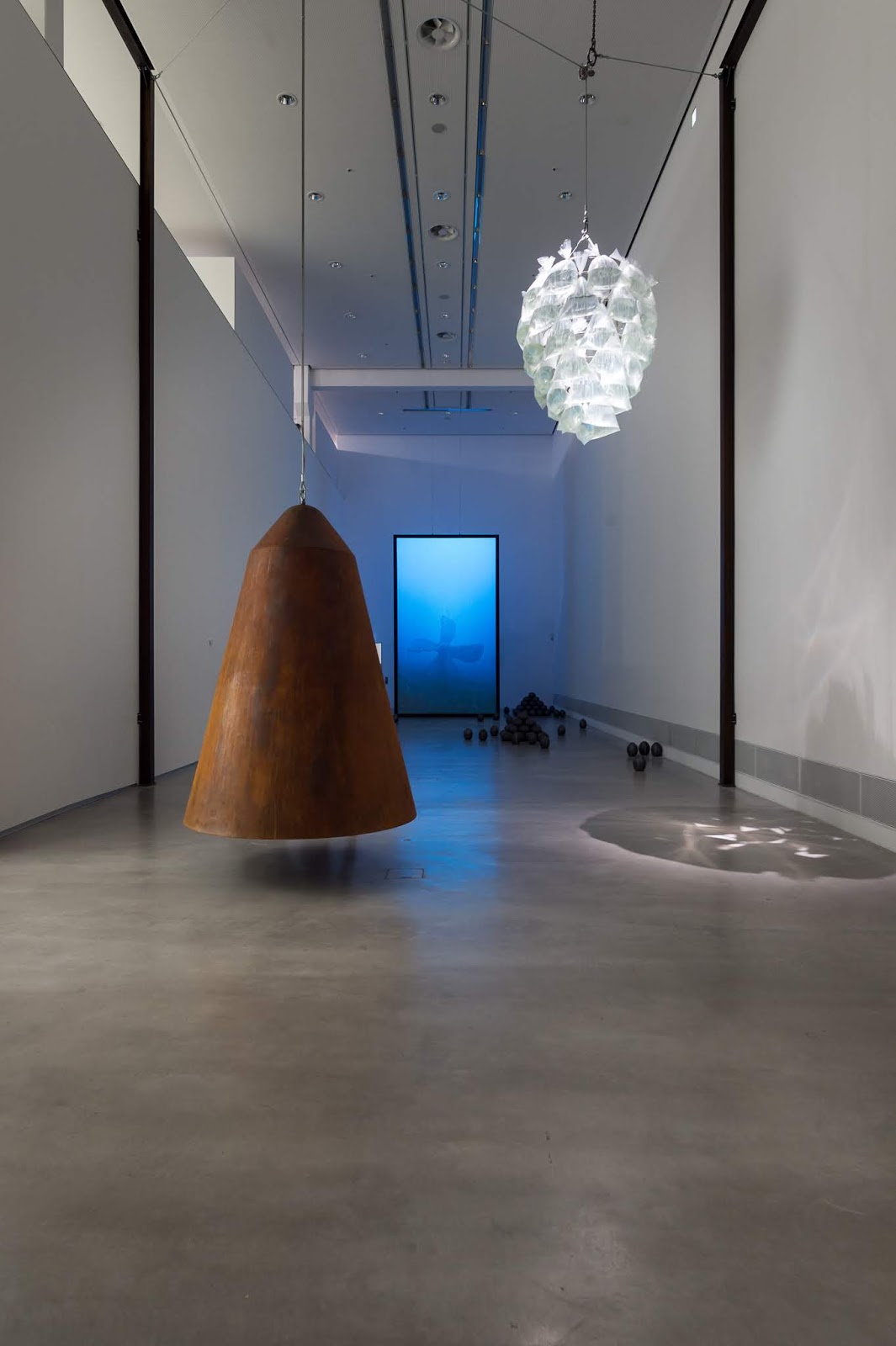 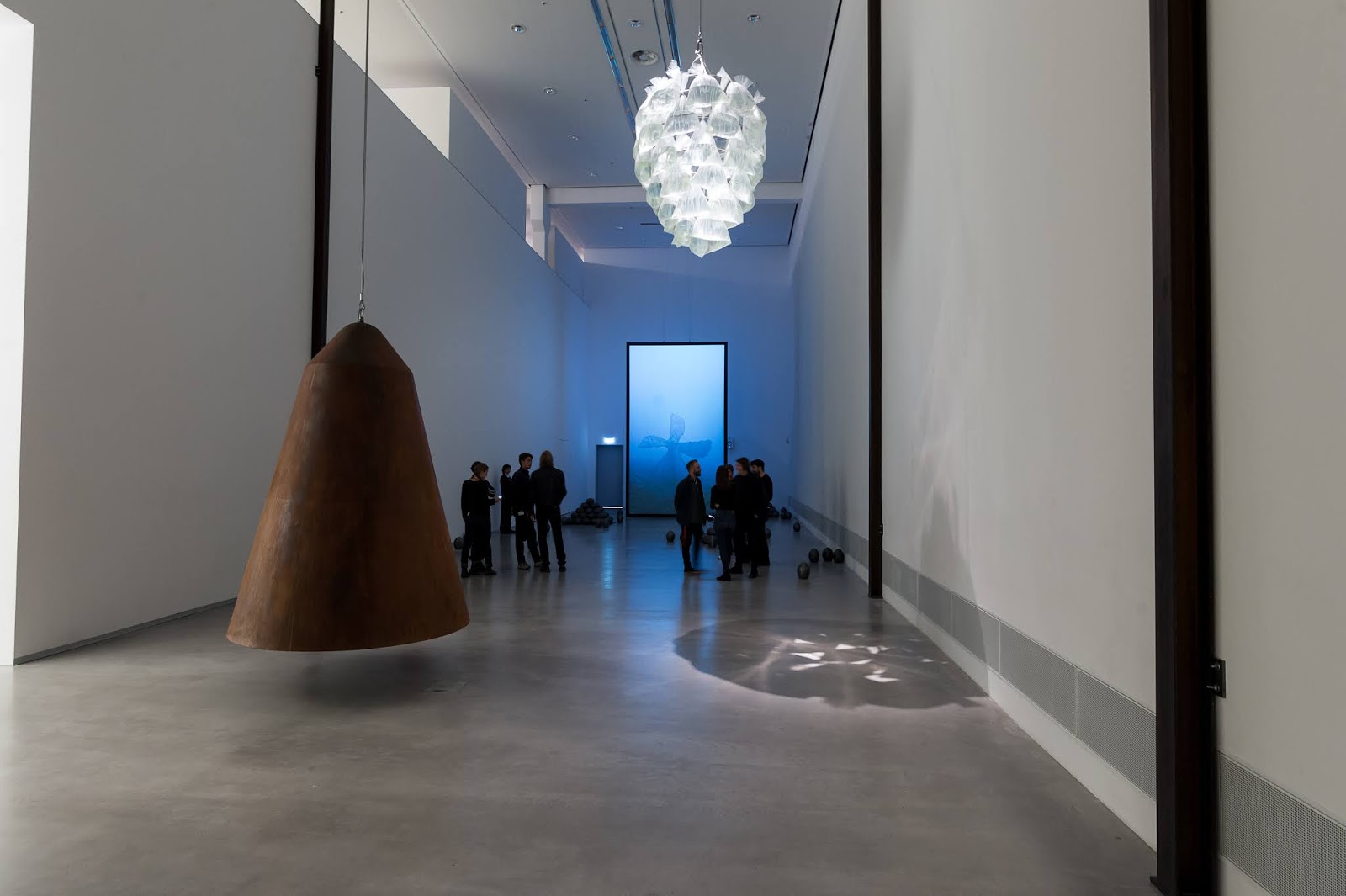 To mark his receipt of the GASAG Art Prize 2018, Julian Charrière (1987) is exhibiting a multimedia spatial installation that takes visitors under water in the Pacific Ocean.
Seventy years after the United States began testing nuclear weapons at Bikini Atoll, the artist set off on an expedition to an area rendered permanently uninhabitable for human life as a result of the environmental contamination. As We Used to Float is a physical, three-dimensional experience that reveals the legacy of those atomic tests both above and below sea level. These unintentional monuments symbolise the interaction between anthropogenic and natural transformations.
For Julian Charrière, they also mark the point in history when humans became one of the biggest factors influencing biological, geological and atmospheric processes on Earth. As We Used to Float is Julian Charrière’s first institutionalsolo show in Berlin.

Julian Charrière was born in 1987 in Morges in French -speaking Switzerland. He began studying art in Switzerland in 2006, transferring in 2007 to the University of the Arts in Berlin, where he graduated in 2013 under Olafur Eliasson at the Institut für Raumexperimente.
Charrière works with many leading scientific institutes all over the world. These include the National Nuclear Centre in the Republic of Kazakhstan, the Federal Institute for Geosciences and Natural Resources in Germany, the Federal Office of Topography swisstopo in Switzerland, the Leibniz Institute for Astrophysics in Potsdam, the German Research Centre for Geosciences in Potsdam, the Institute of Microbiology at the Humboldt University in Berlin and the Natural History Museum in Berlin. His works have been shown at the following exhibitions, among others: Viva Arte Viva–57th Venice Biennale; Le Rêve des formes at the Palais de Tokyo, Paris; Produktion. Made in Germany Drei at the Sprengel Museum, Hanover; and Tidalectics at TBA21-Augarten, Vienna.
This is the fifth time that the award initiated by GASAG has been granted in partnership with the Berlinische Galerie. Every two years the partners use this prize to honour an outstanding artistic endeavour at the interface of art, science and technology.
The previous winners were: Susanne Kriemann (2010), Tue Greenfort (2012), Nik Nowak (2014) and Andreas Greiner(2016). Apart from this presentation, the GASAG Art Prize 2018 comes with a catalogue and a purse.
The jury was won over by the seriousness and stringency with which Charrière, still a young artist, pursues his path. In his many projects, Charrière not only seeks an exchange with scientific institutions in the international arena. He also generates artistically compelling solutions to translating this complex content into a coherent dramaturgy and a visual idiom that can also be grasped intuitively.
The jury: Dr Thomas Köhler and Dr Stefanie Heckmann, Berlinische Galerie; Andreas Greiner, artist and winner in 2016; Birgit Rieger, Tagesspiegel; Dr. Ursula Ströbele, University of the Arts, Berlin – Institute for Art History, Art Theory and Aesthetics; Dr Julia Wallner, director of the Georg Kolbe Museum; Andreas Fiedler, artistic director of KINDL – Centre for Contemporary Art.