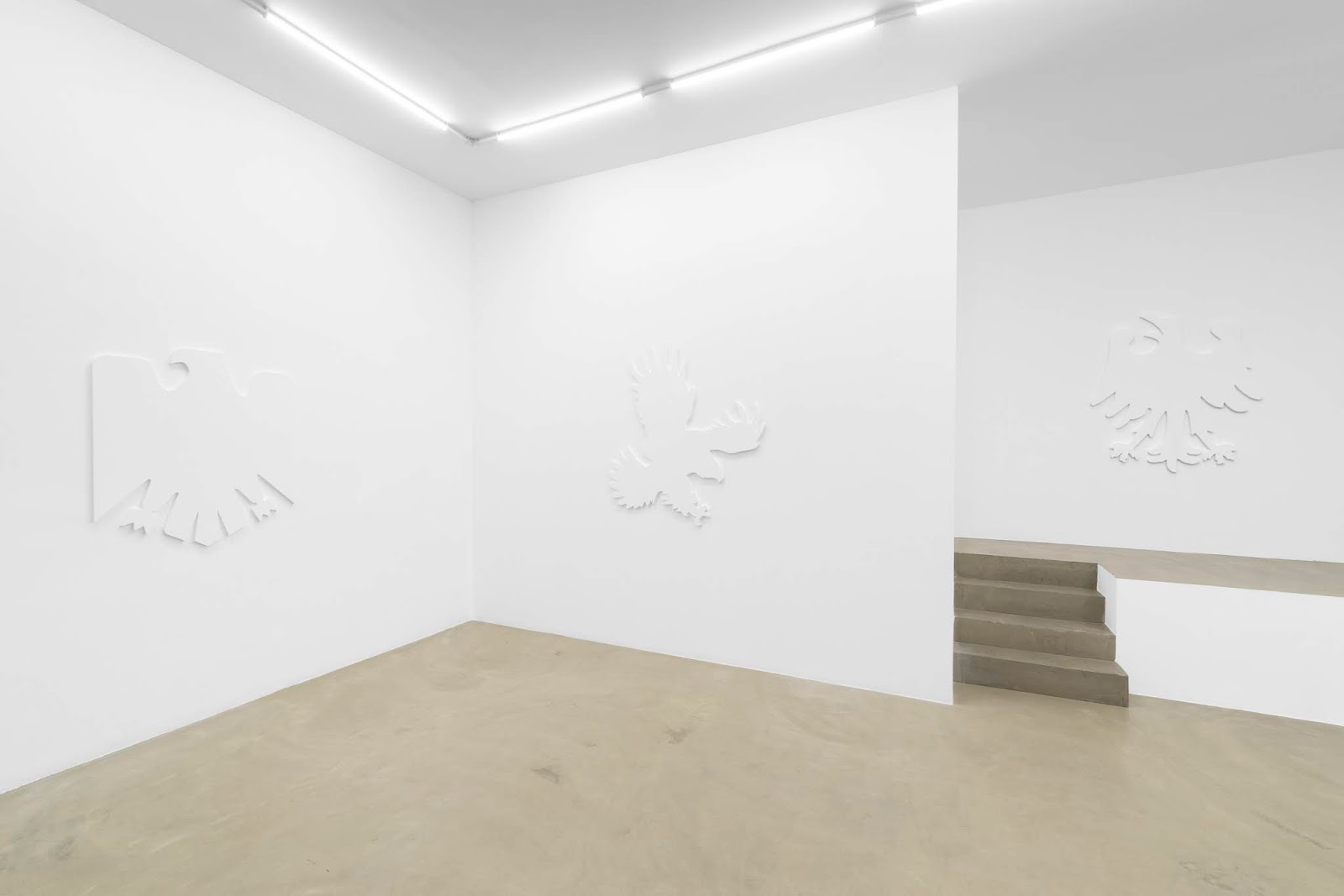 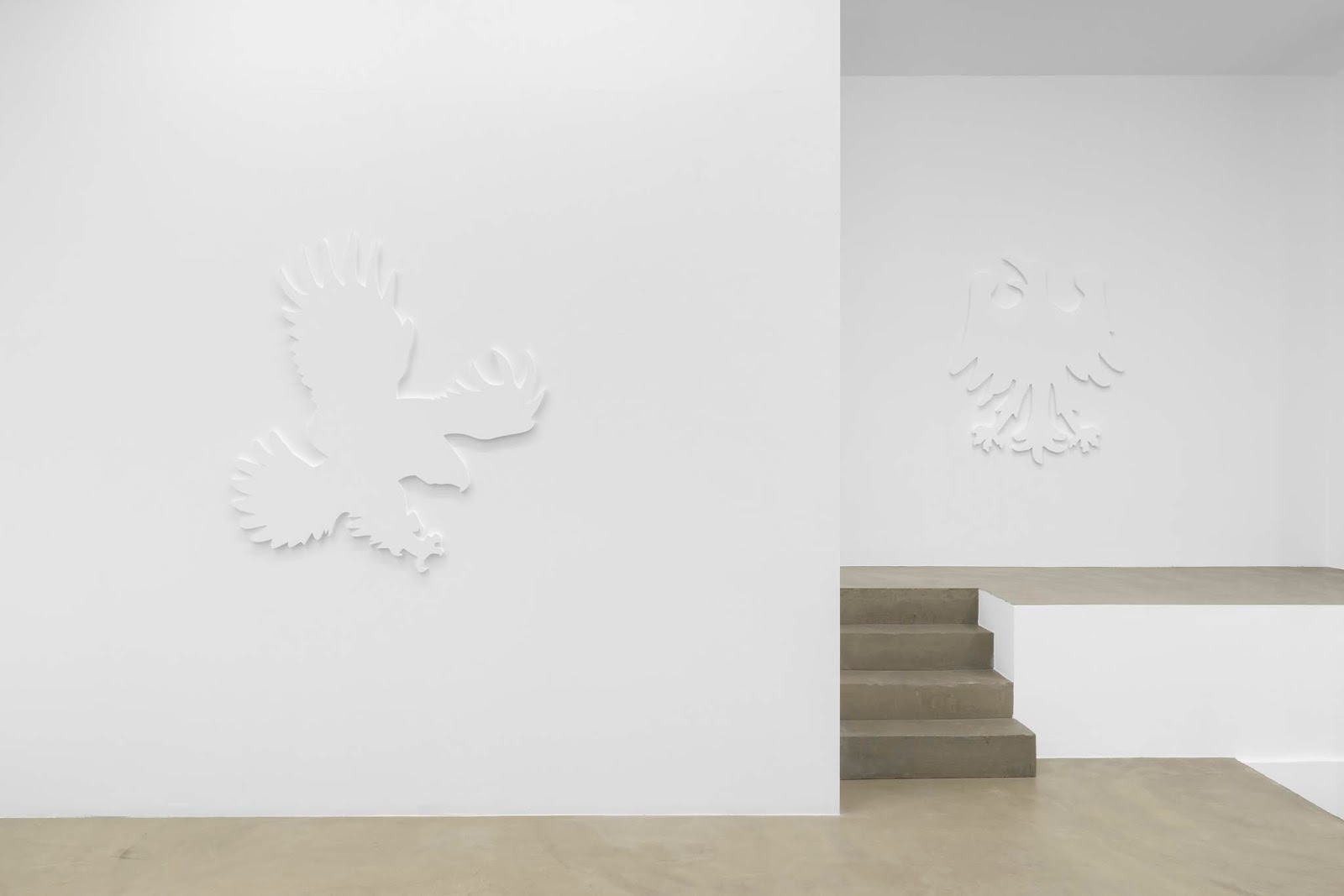 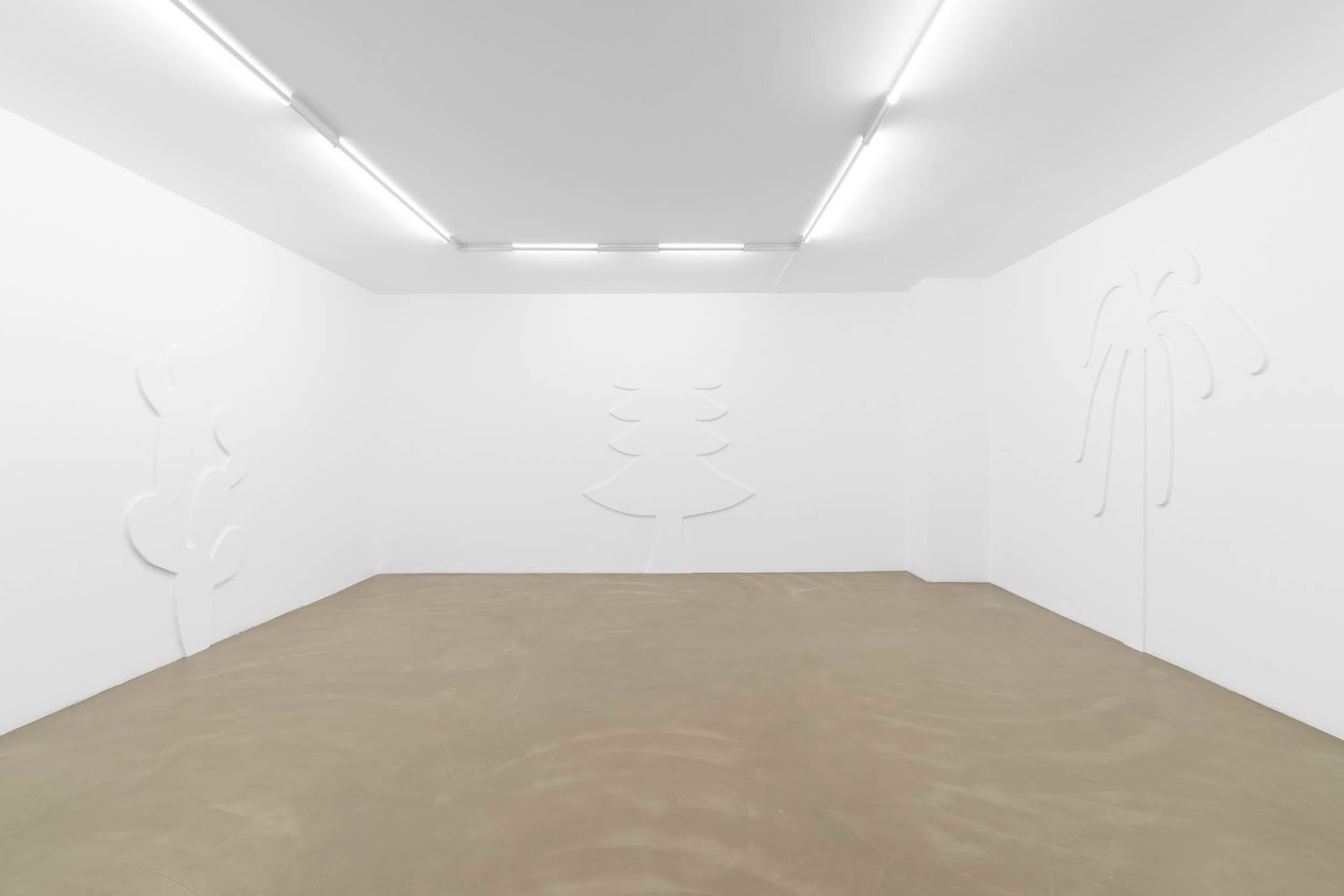 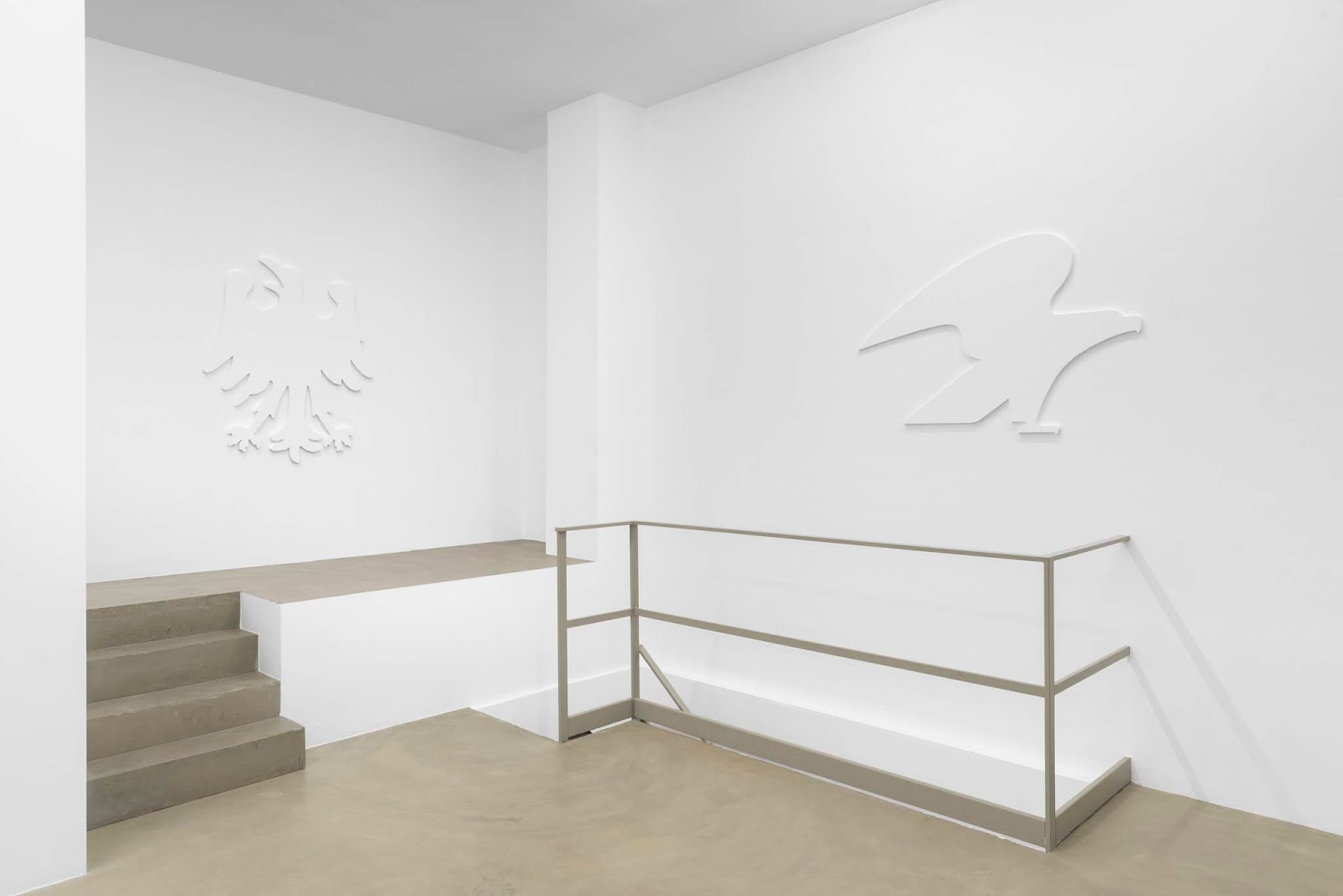 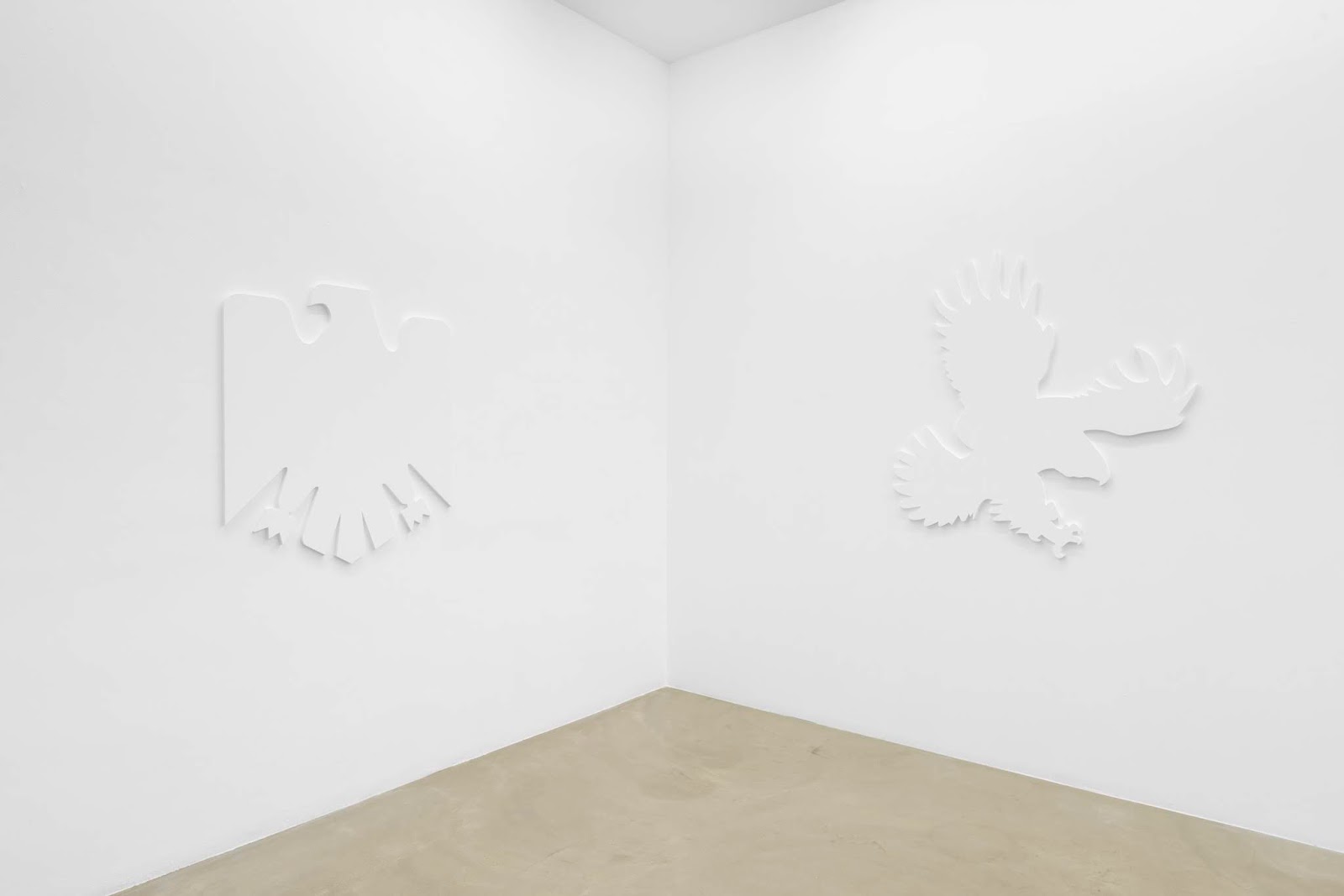 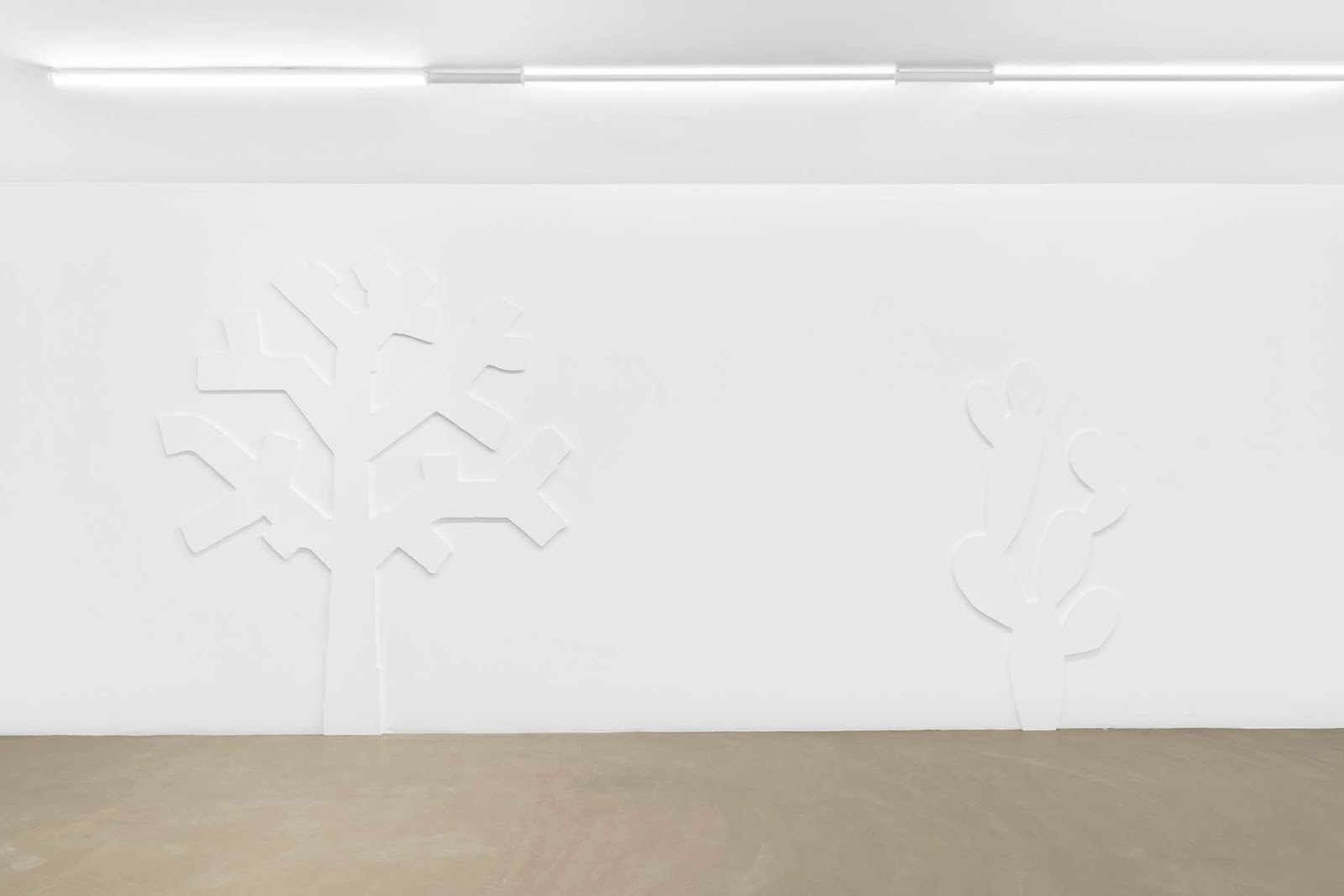 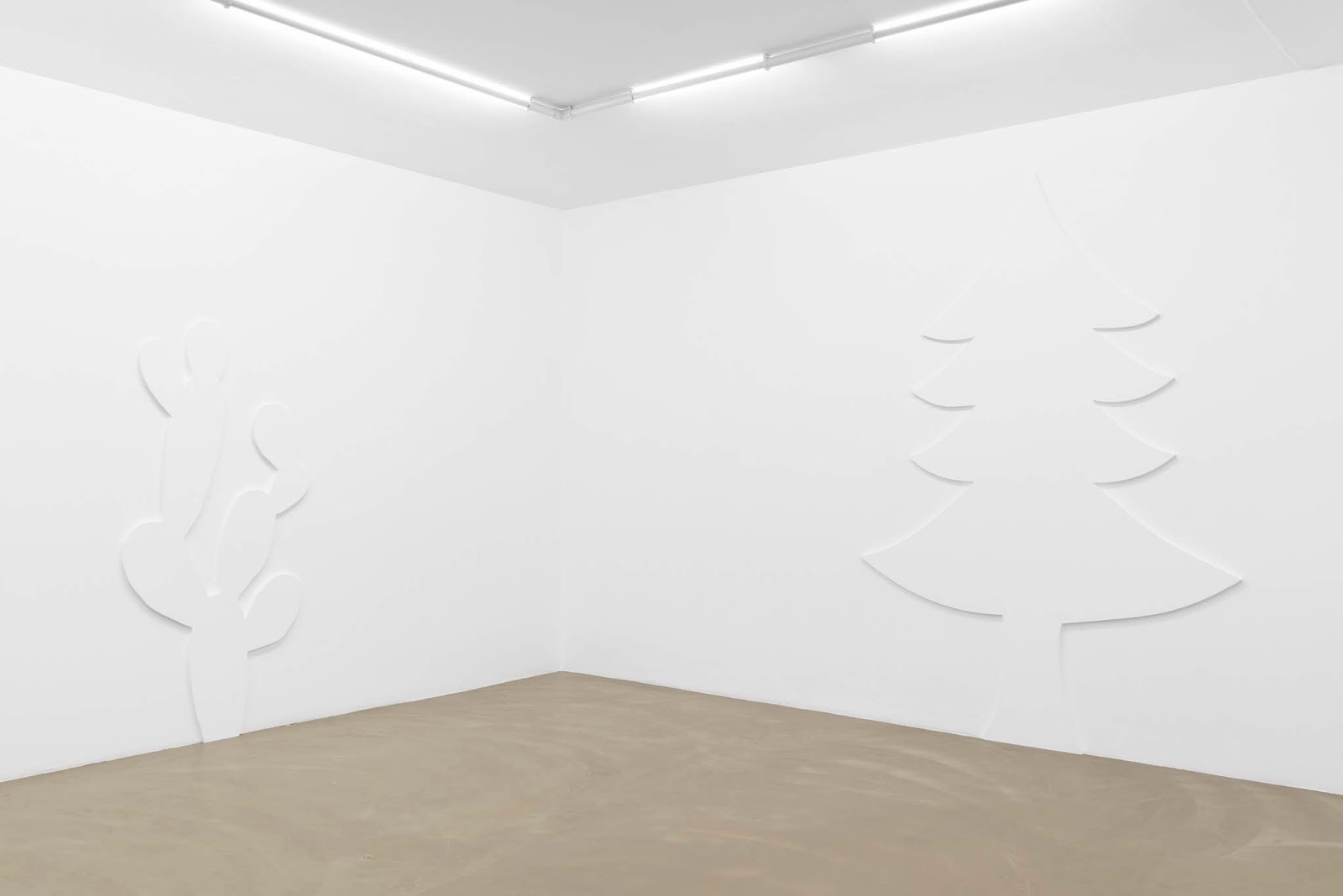 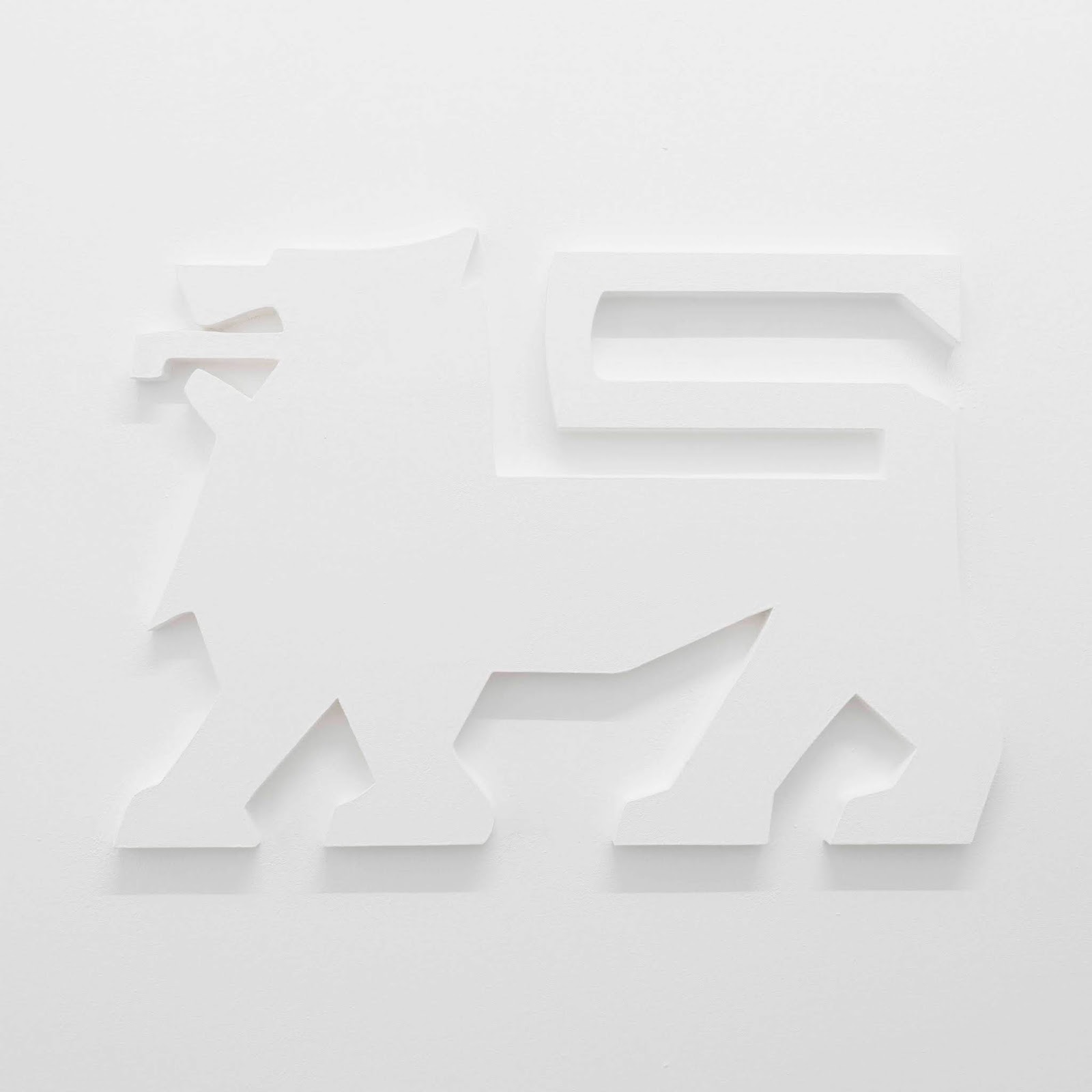 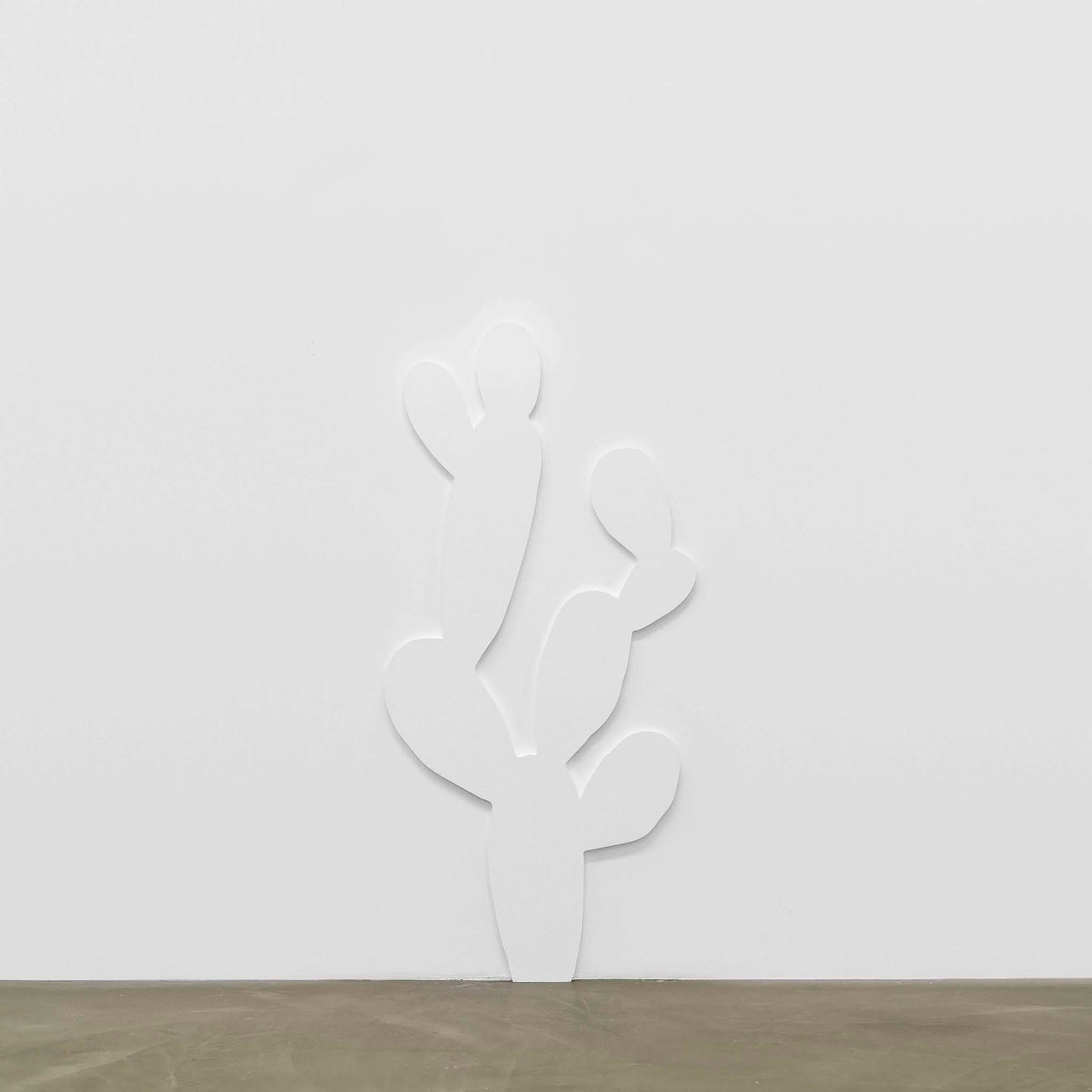 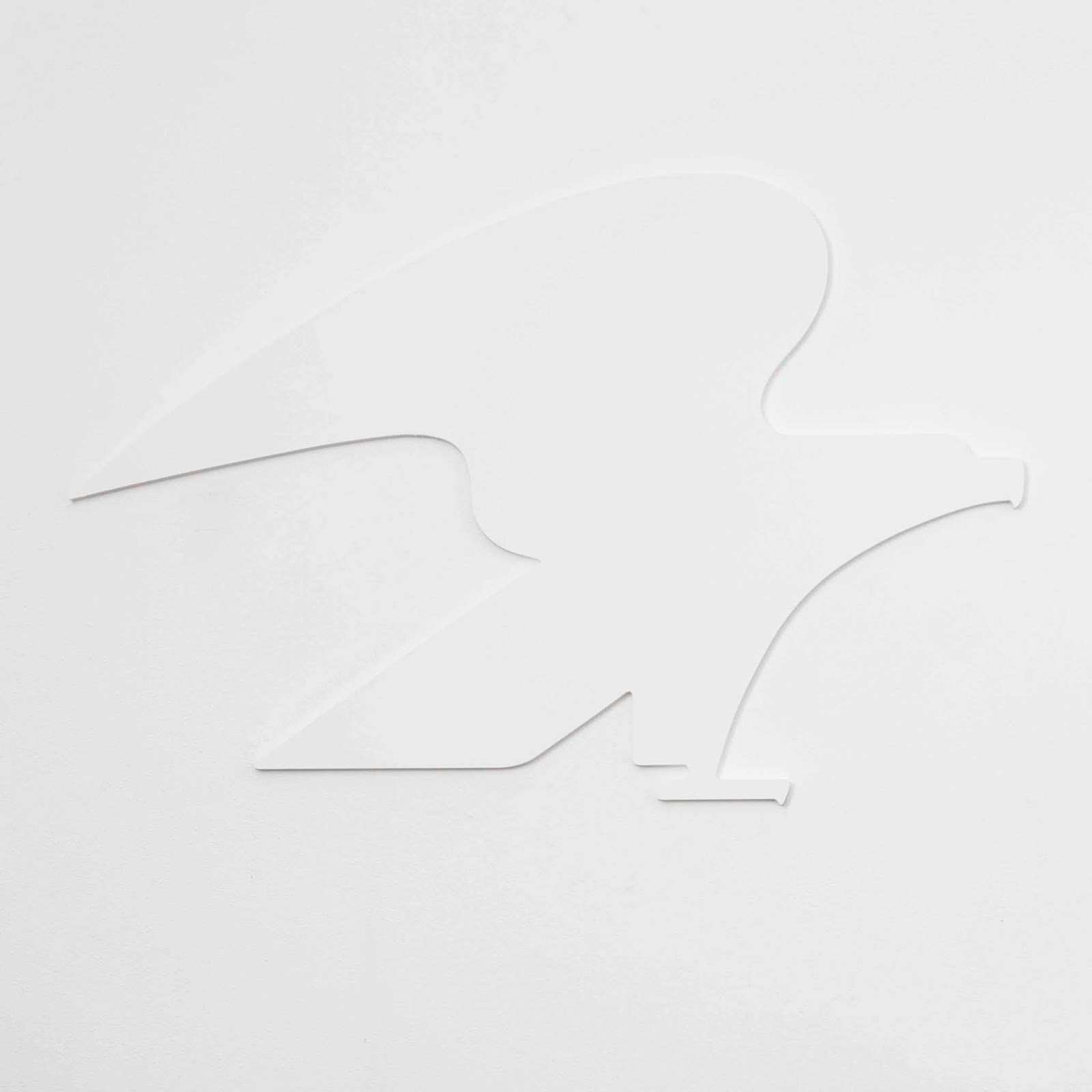 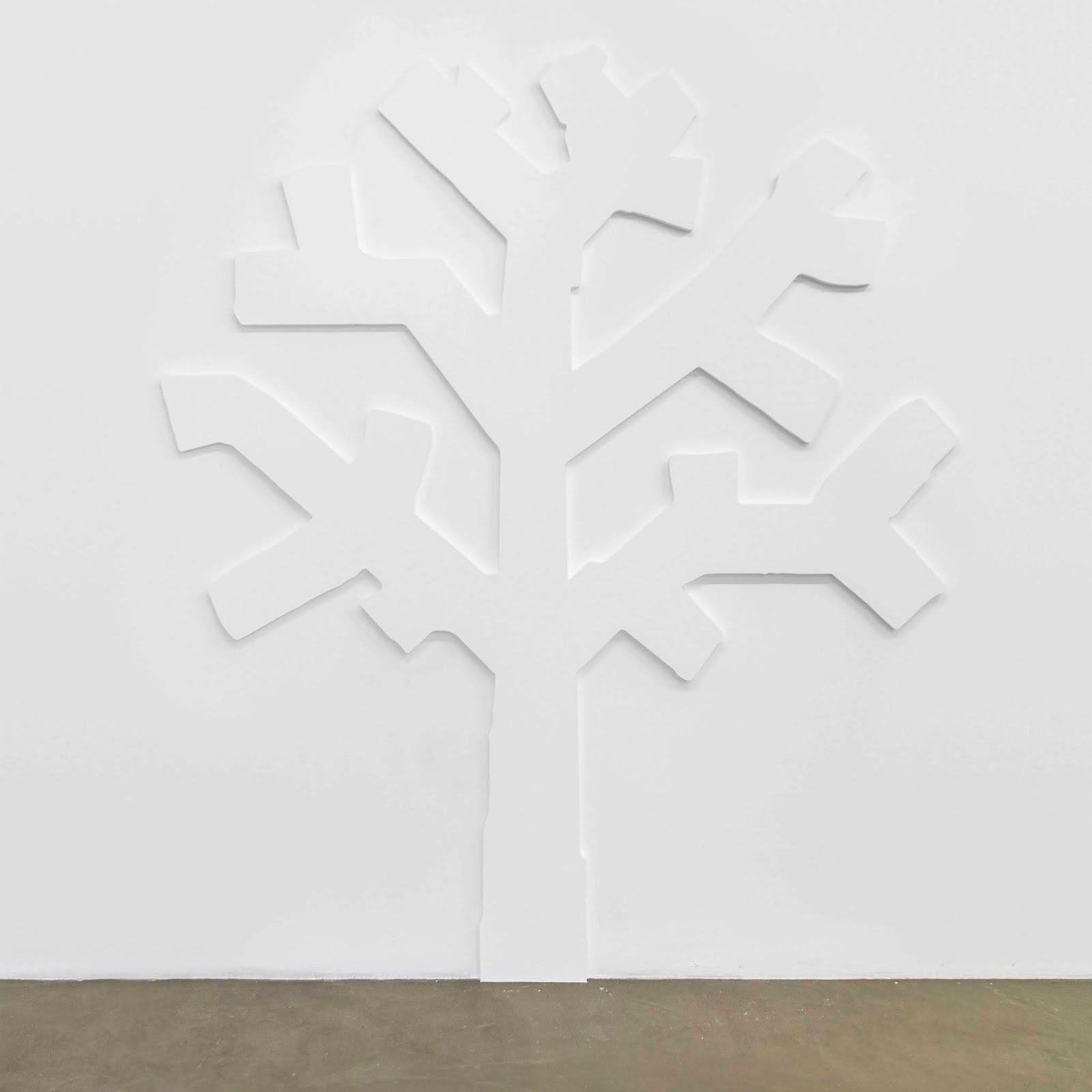 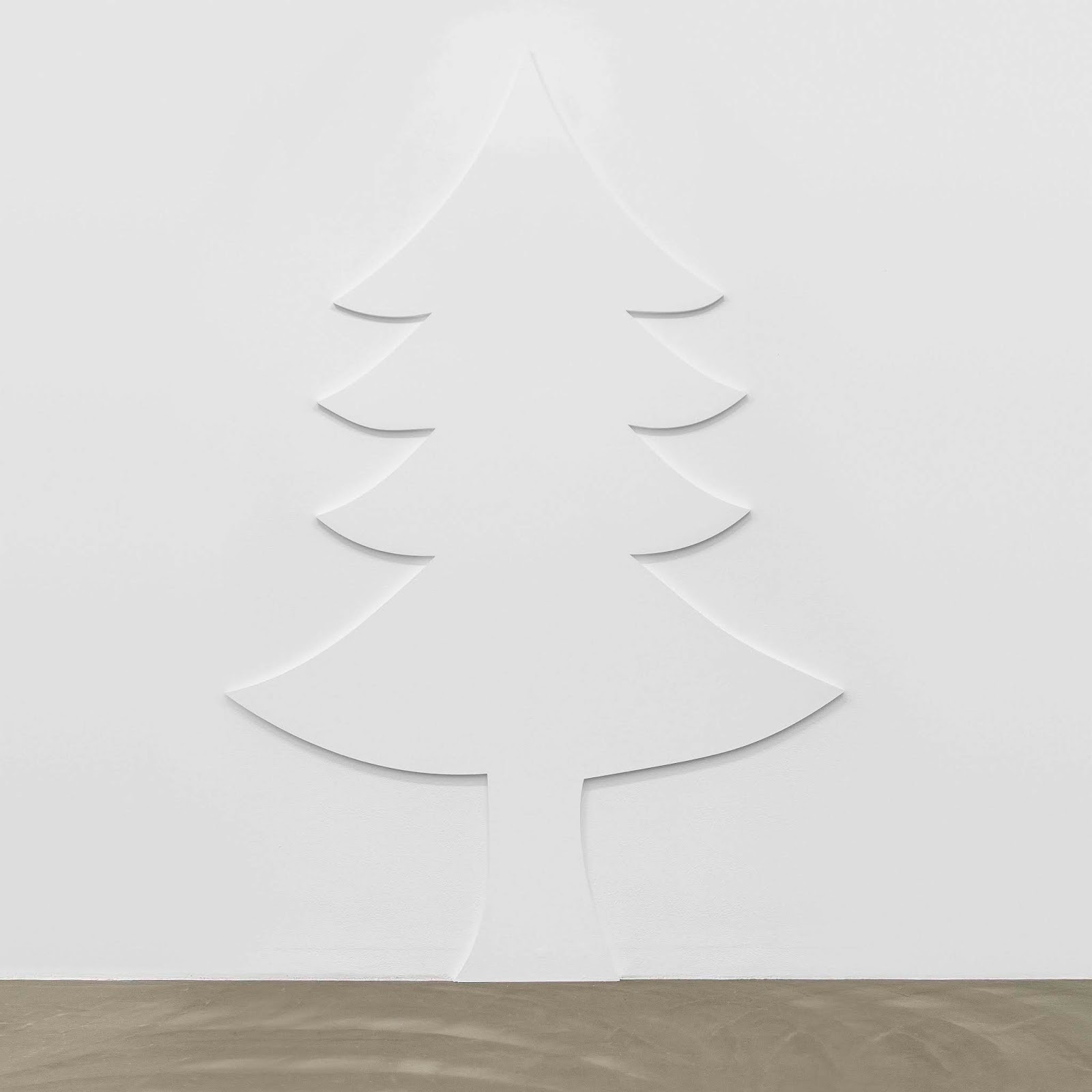 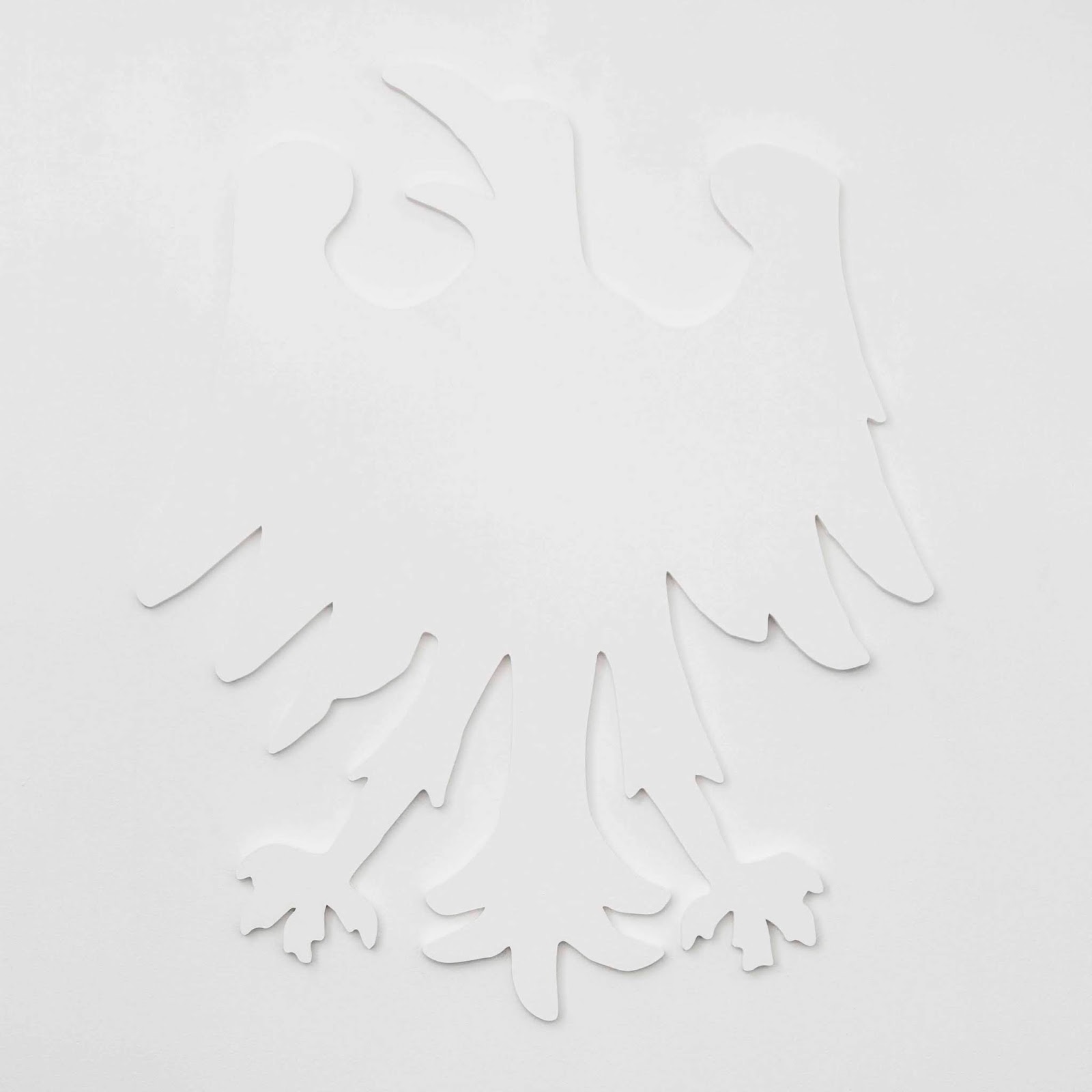 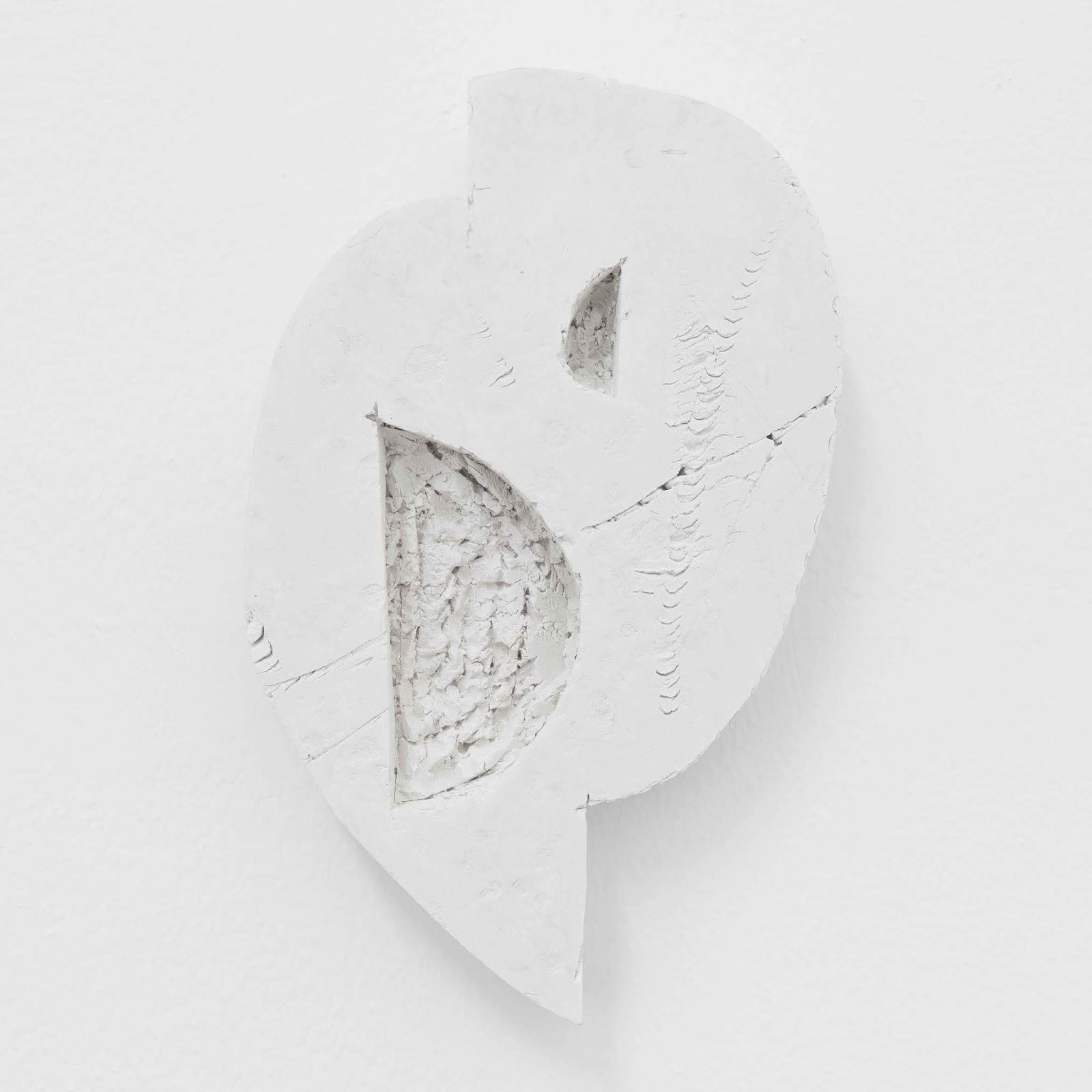 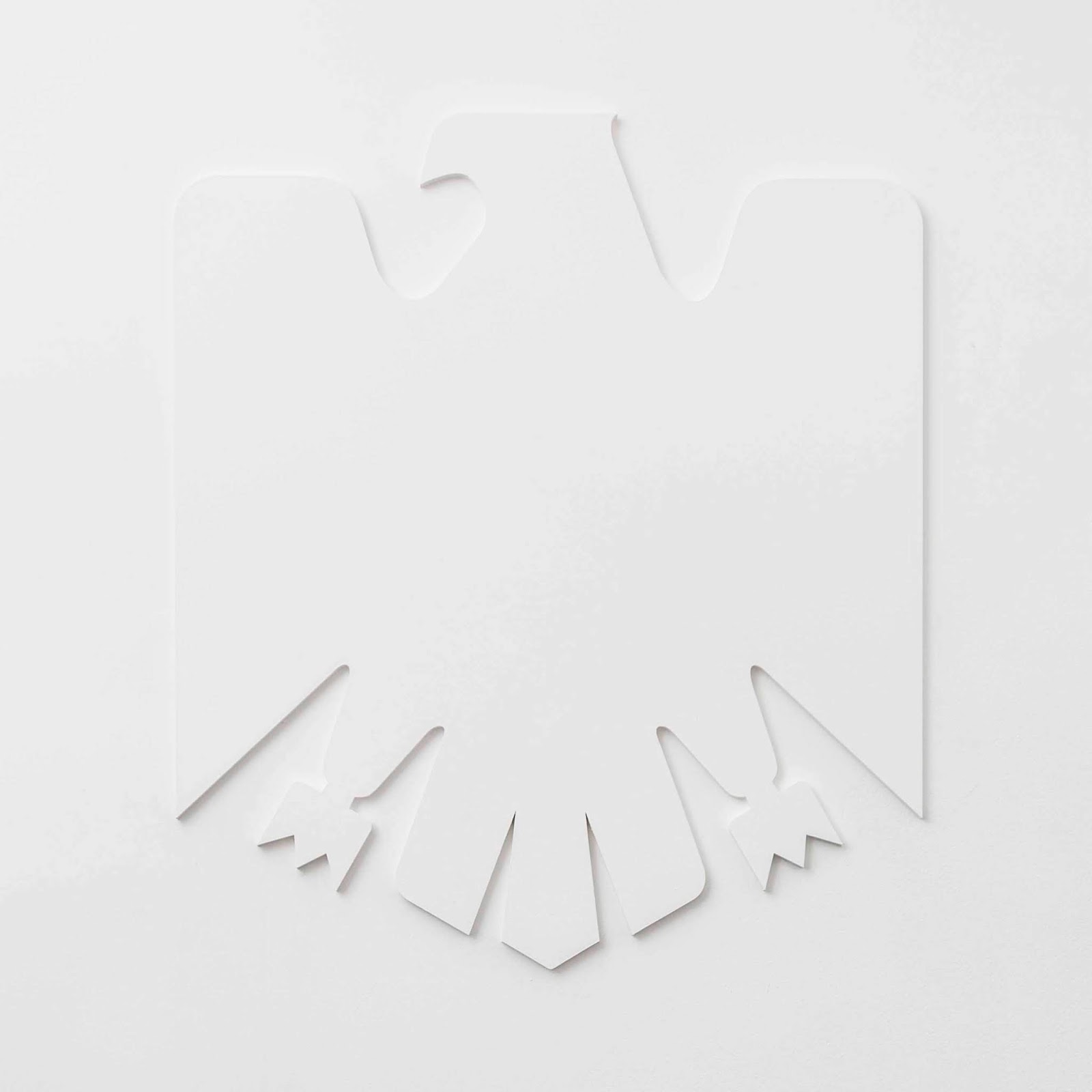 RIBOT gallery is pleased to present fly like an eagle, curated by Domenico de Chirico, the first solo show in Italy of the artist Daniel Boccato (Campinas, Brazil, 1991; he lives and works in New York). A selection of recent wall sculptures from the series “Wall Works”, specifically made for this show, shall be presented.

Inspired by two complementary universes, the flora and fauna, these forms with Symbolist echoes, influenced by logos, flags, image libraries and devoid of details, emerge from the walls of the gallery taking, on the first floor, the aspect of proud birds of prey and, on the lower floor, those of trees of different species. Sharp outlined silhouettes which, through the use of vectorial rendering digitally developed by the artist, space Pop Art to Minimal Art references.

These chameleon-like works perfectly mimic the color and texture of the gallery walls. Even if these works protrude by a few centimeters from the walls, they still come across as being a part of the setting and contribute to the creation of a very special atmosphere. Boccato conceives the “Wall Works” as contemporary bas-reliefs, deprived of any purely figurative value in order to concentrate exclusively on the form and on the relationship that they generate with the environment.

Notwithstanding the digital planning of the silhouettes, the works are later shaped by a laser wood cutter, so they maintain all the distinctive features of a “unique piece” because, even though they can be reproduced on any walls, they must have the exact colour and particular characteristics of the walls hosting them and so, as a result, they are always different and never repetitive.

fly like an eagle transforms the neutral space of the gallery into a metaphysical atmosphere, an apparently mute space that is then animated by the presence of the viewers who, when entering a room populated by these forms, spark off a subjective, emotive, and spiritual relationship with them.

When Zarathustra spoke these sayings, he stood nigh to the entrance of his cave;
with the last words, however, he slipped away from his guests,
and fled for a little while into the open air.
«O pure odours around me», cried he, «O blessed
stillness around me! But where are my animals?
Here, here, my eagle and my serpent!»
Friedrich Nietzsche – Thus Spoke Zarathustra, The Song of Melancholy, (1883, 1885)


For Zeus (King of the gods of Mount Olympus) eagles, with their wide and proud wings, have a powerful and majestic flight path like ships. They rapidly plunge down onto their prey and then seize, immobilize and finally devour it. Known as the proudest of all animals, in Nietzschean philosophy the eagle em- bodies superman for whom time understood as “eternal return” does not repre- sent an obstacle to his will to Power but rather acts as a constitutive element that sanctions his dominion.

Fly like an eagle looks like this: four eagles that sail over four trees. Each of the- se eight elements has an independent life, yet they perform in a chorus that sings in unison.

Narration takes place through the use of dry, direct, descriptive language that is easy to understand. In turn, the rigorous neutrality of this language is geared towards enhancing the potential of the exhibition space. The focus is on the walls – conceived as carte blanche – and on different ways of using them, by means of a sort of oscillating game between camouflage and relief.

Daniel Boccato defines the outlines of the subjects, stripping them of narrative and expressive vivacity. The paint covers everything and erases differences and distinctive features, indeed the whole work is painted with the same shade of paint as the background. These works, though all colorless, have a unique and unrepeatable character which is emphasized by a mimetism that is inextricably linked to its substratum.

Boccato investigates the intuitive and perceptive process of the spectators, who are freely invited to clear the interpretative processes of their imagination, because “he who sees the abyss, but with eagle's eyes, - he who with eagle's talons grasps the abyss: he has courage.” *


* (Friedrich Nietzsche – Thus Spoke Zarathustra, 1883, 1885 – An Adaptation based on the Thomas commons Translation – From The Higher Man).