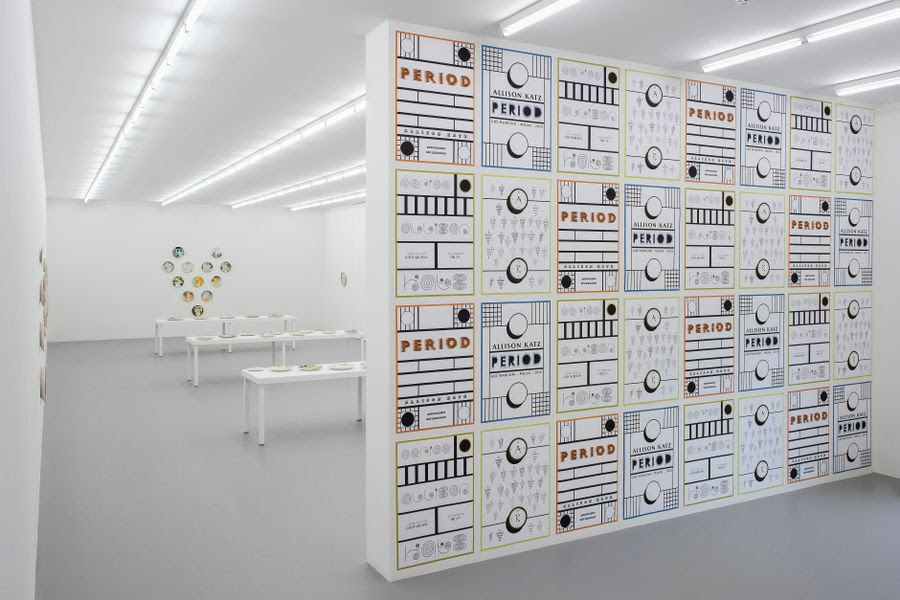 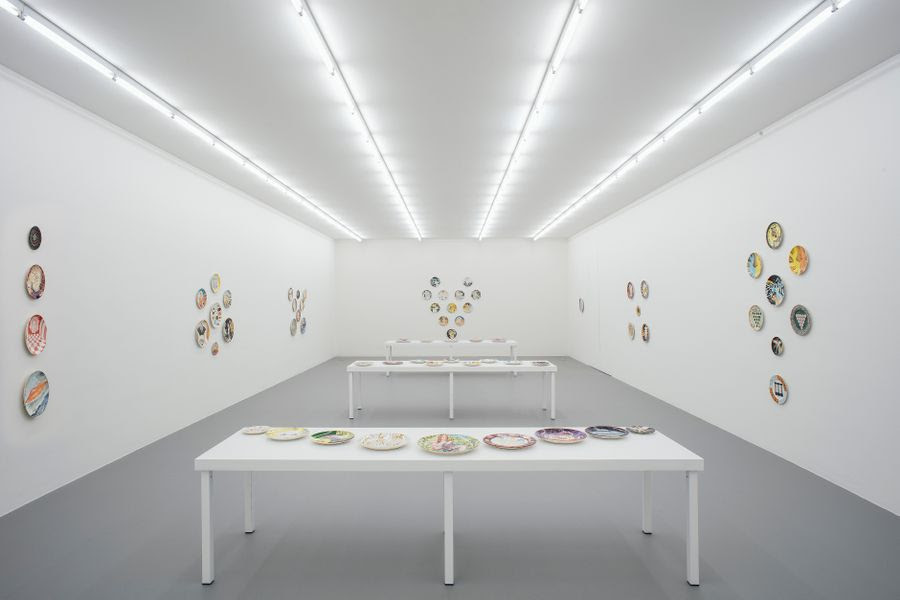 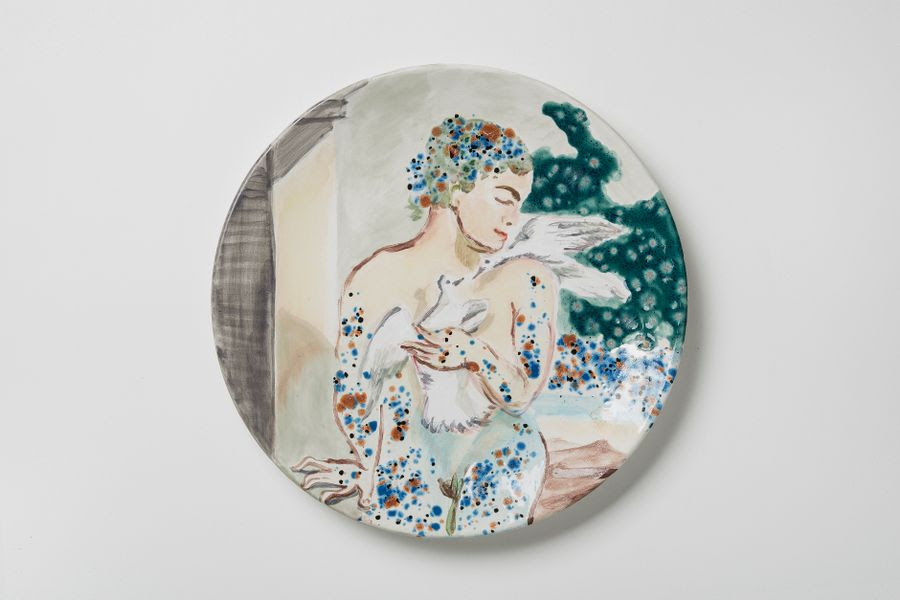 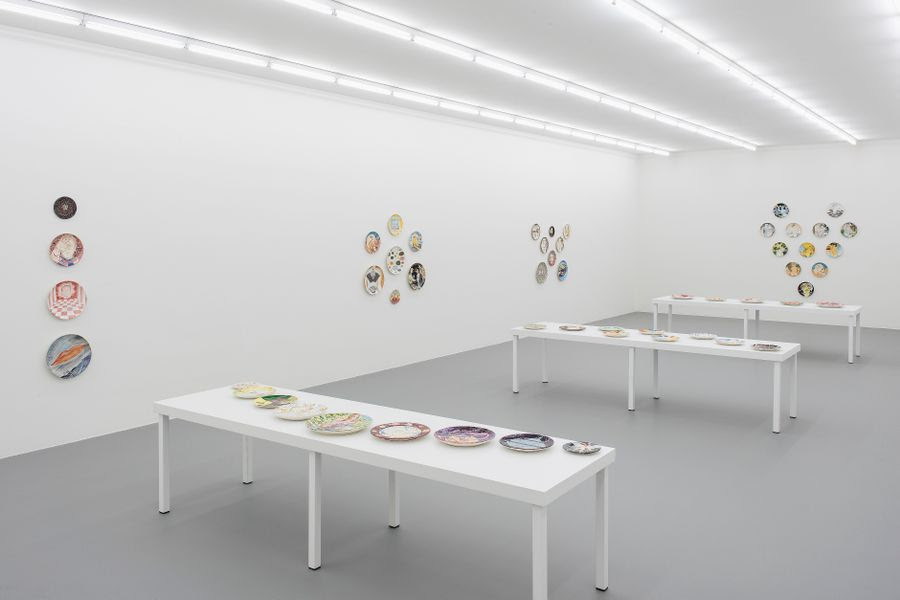 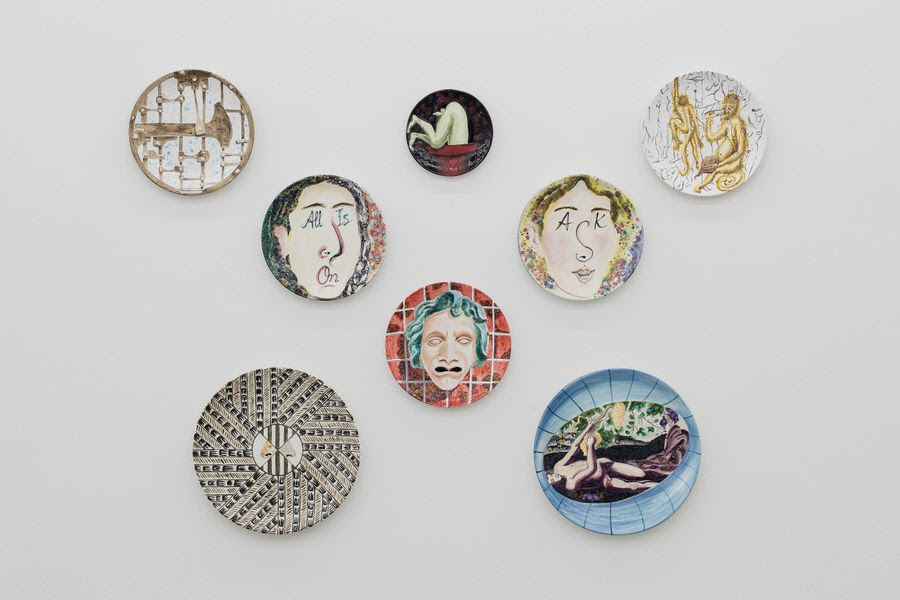 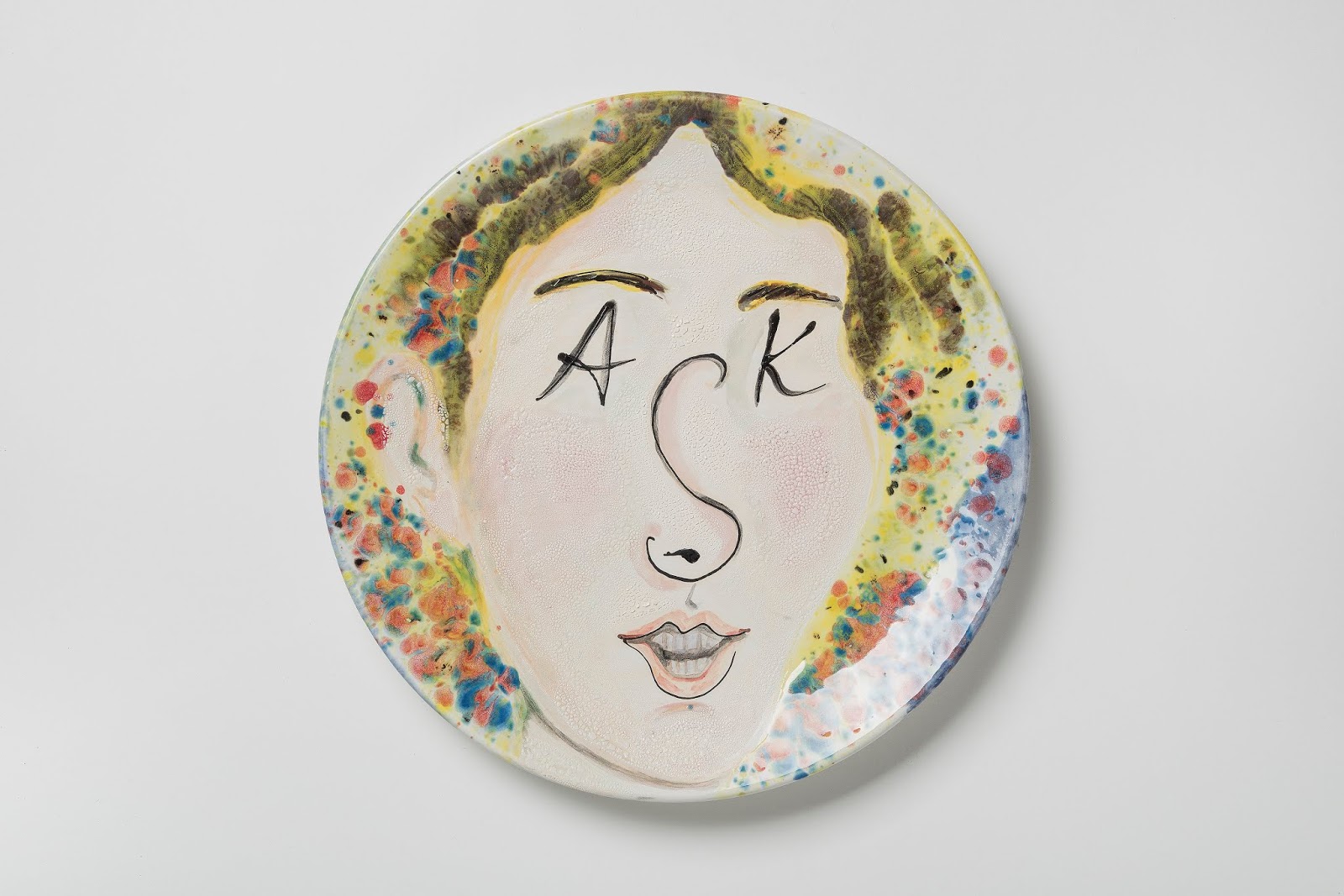 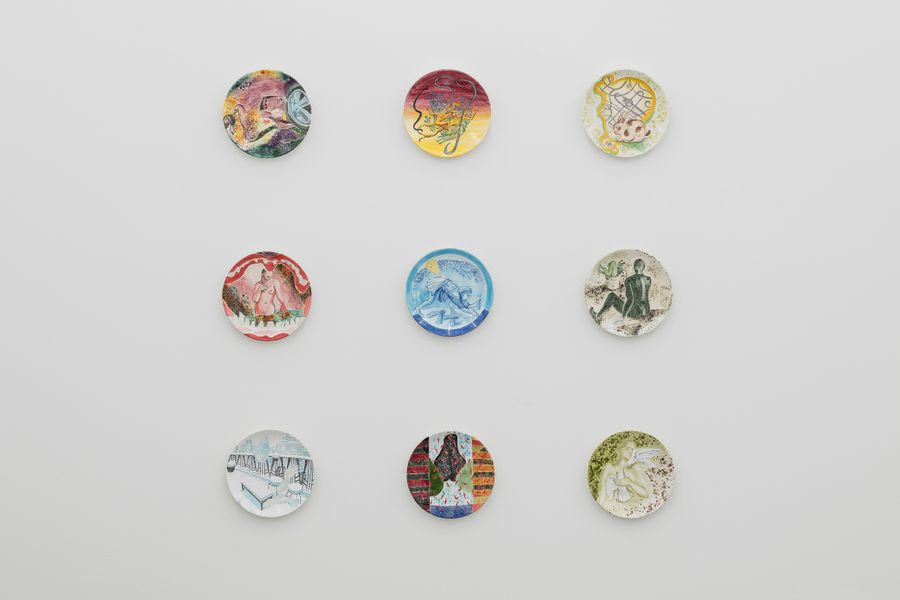 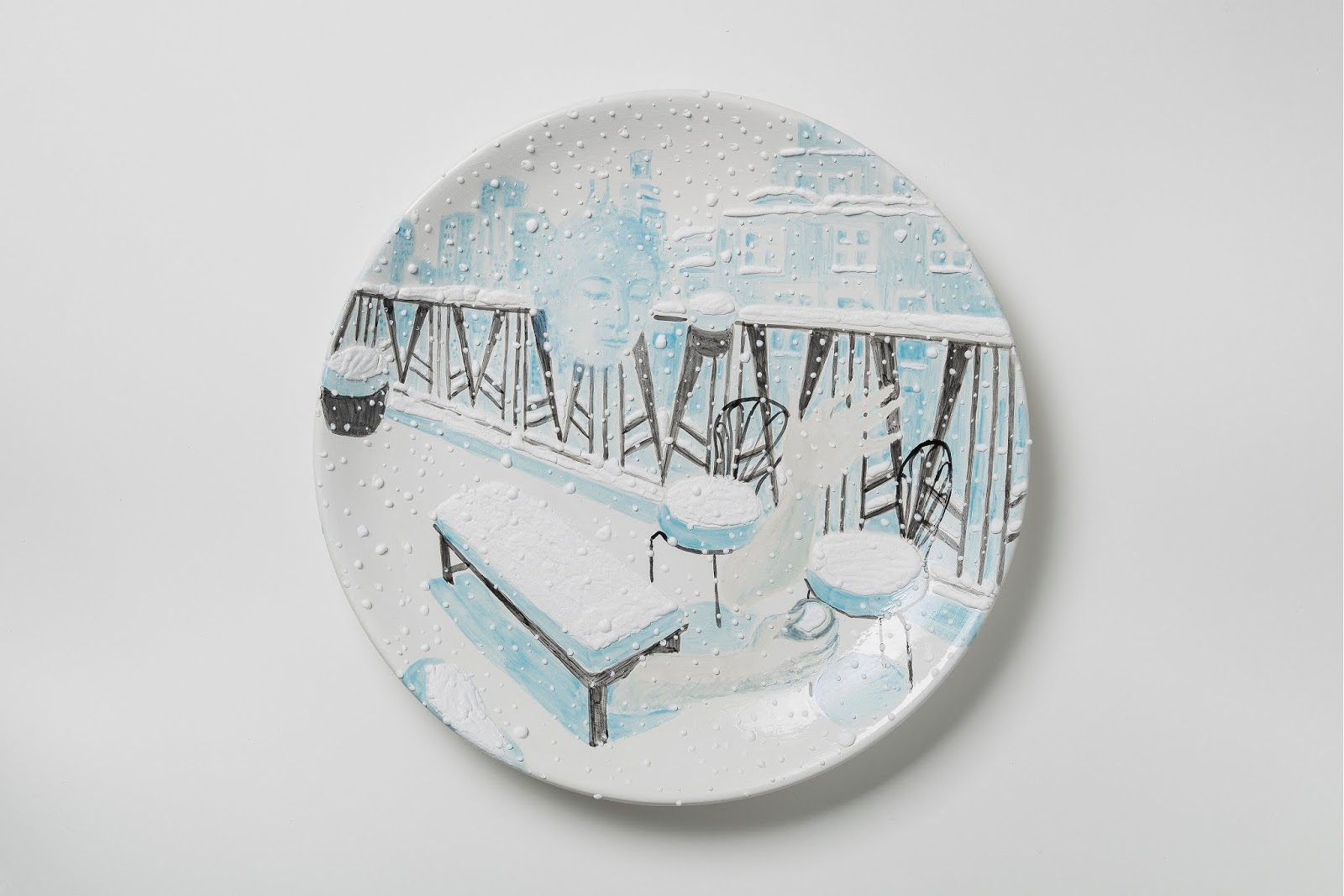 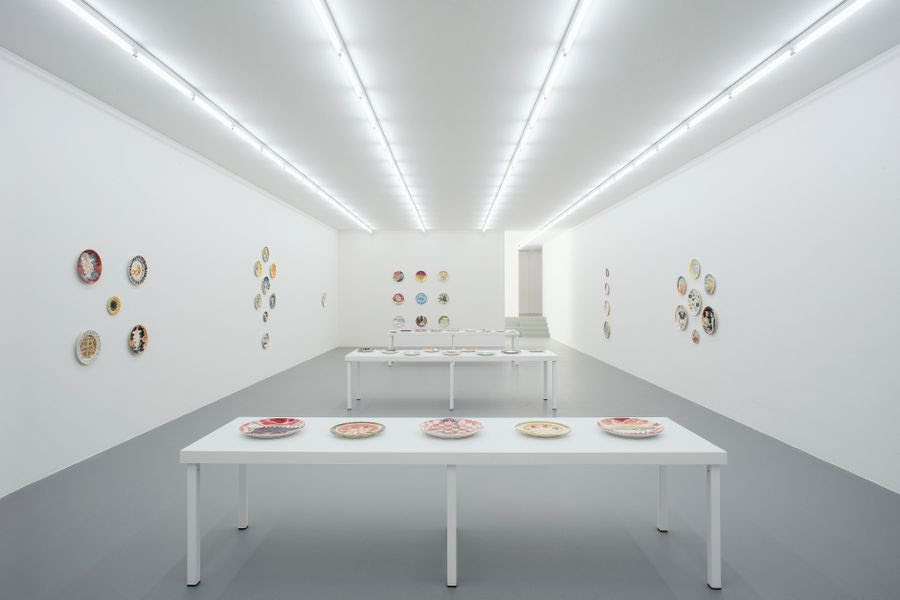 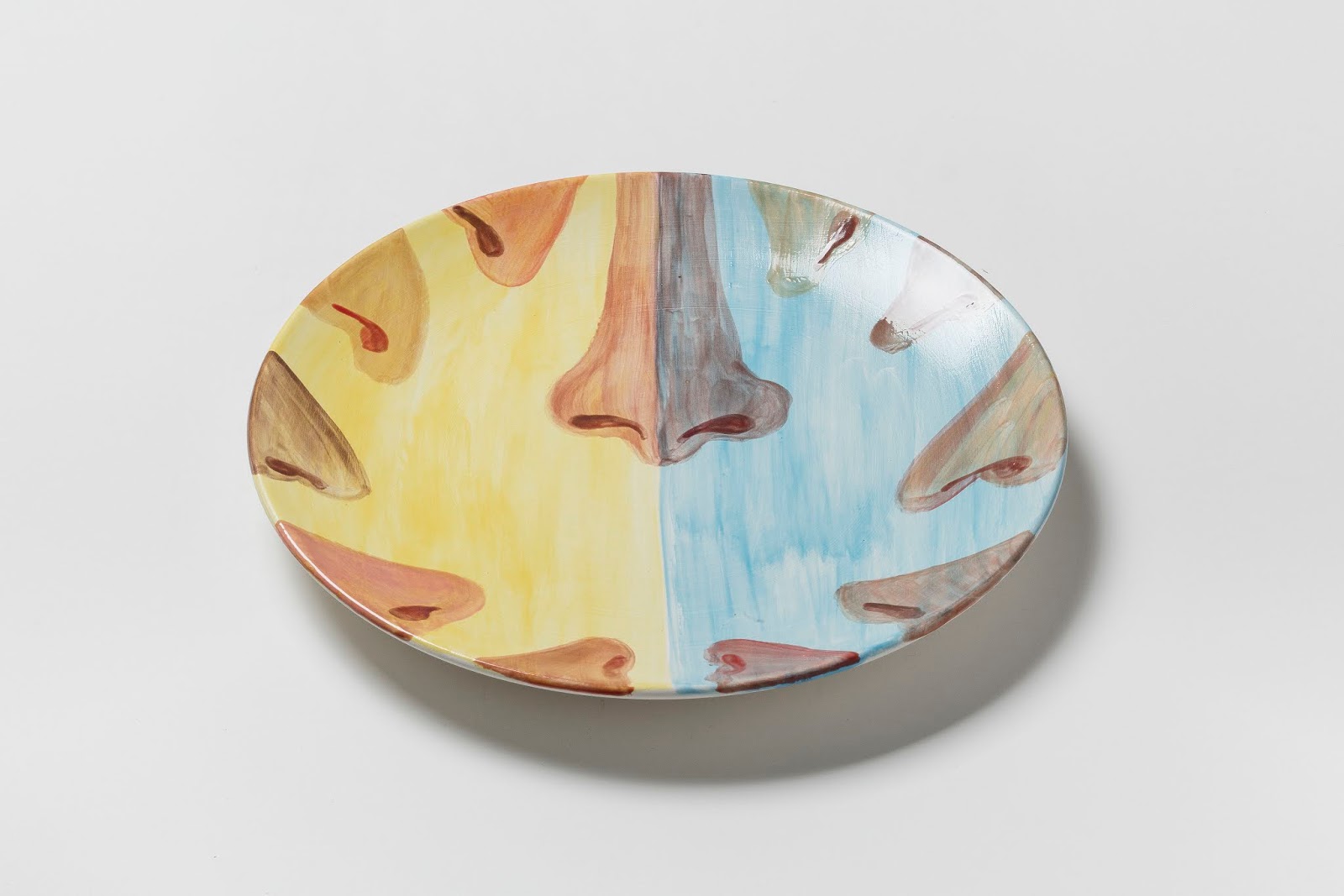 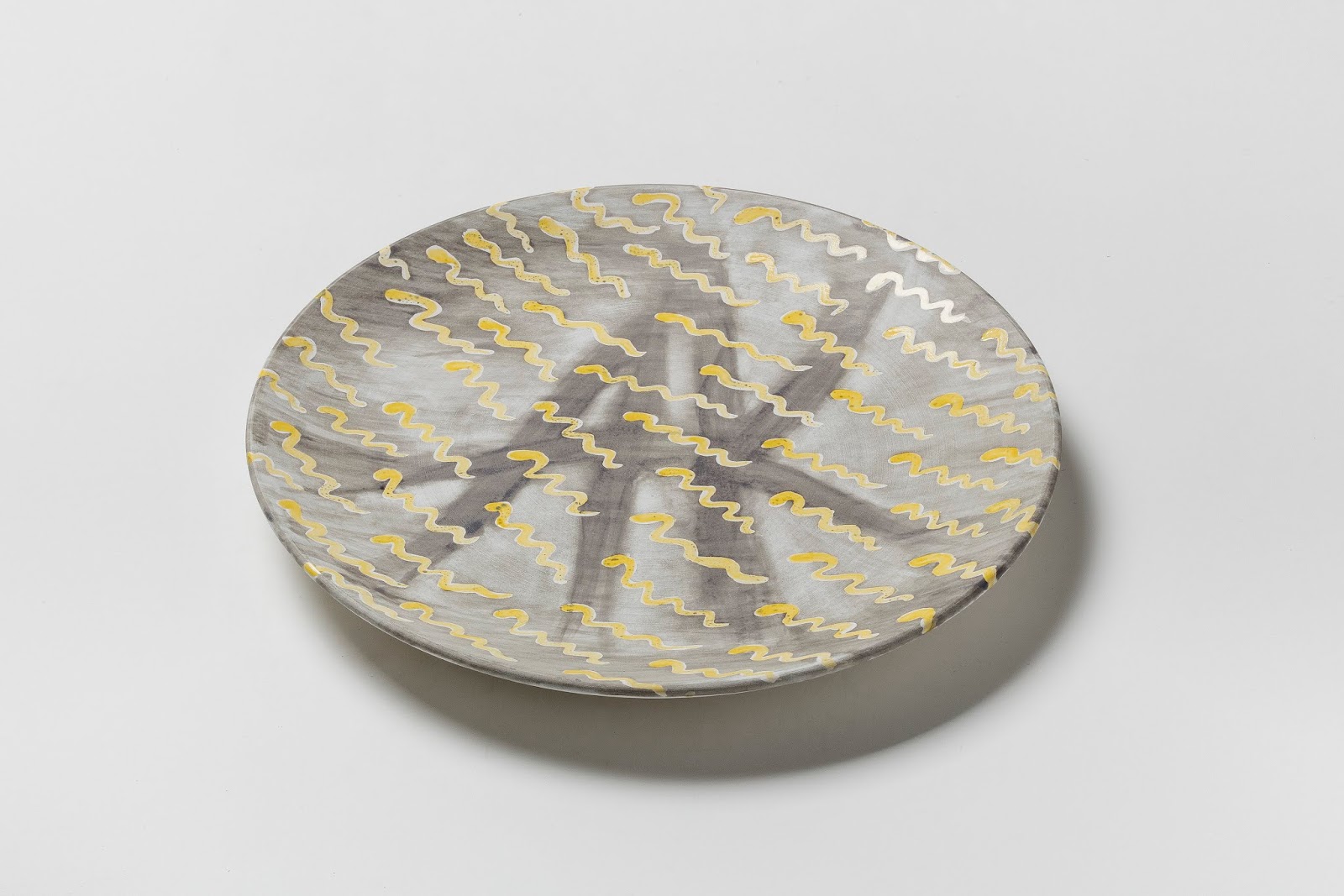 The attraction to glazing plates is entirely based on not knowing the end result. There are few activities in which painting can be so chance-based; in which heat is half the battle. The glazes go on in colours and textures entirely different to how they will end up; the elemental force of volcanic temperatures wreak their aesthetic havoc. Small crystal rocks embedded in the gunk chemically transform and imitate the effects of thousands of years of deep time – geology, mineraloids, the lithosphere, evolution – as well as more contemporary synthetics – plastic, candy, tie-dye, cake batter and glitter. What emerges often challenges my expectations and taste.

The circle has long been the shape of progress, war and currency (wheels, shields, and coins), as well as the basic platform for nourishment at home. The subject of a rectangular painting, when forced into a tondo, becomes an eternal return, both a commemorative and predictive plaque. A period has the authority to end a sentence.