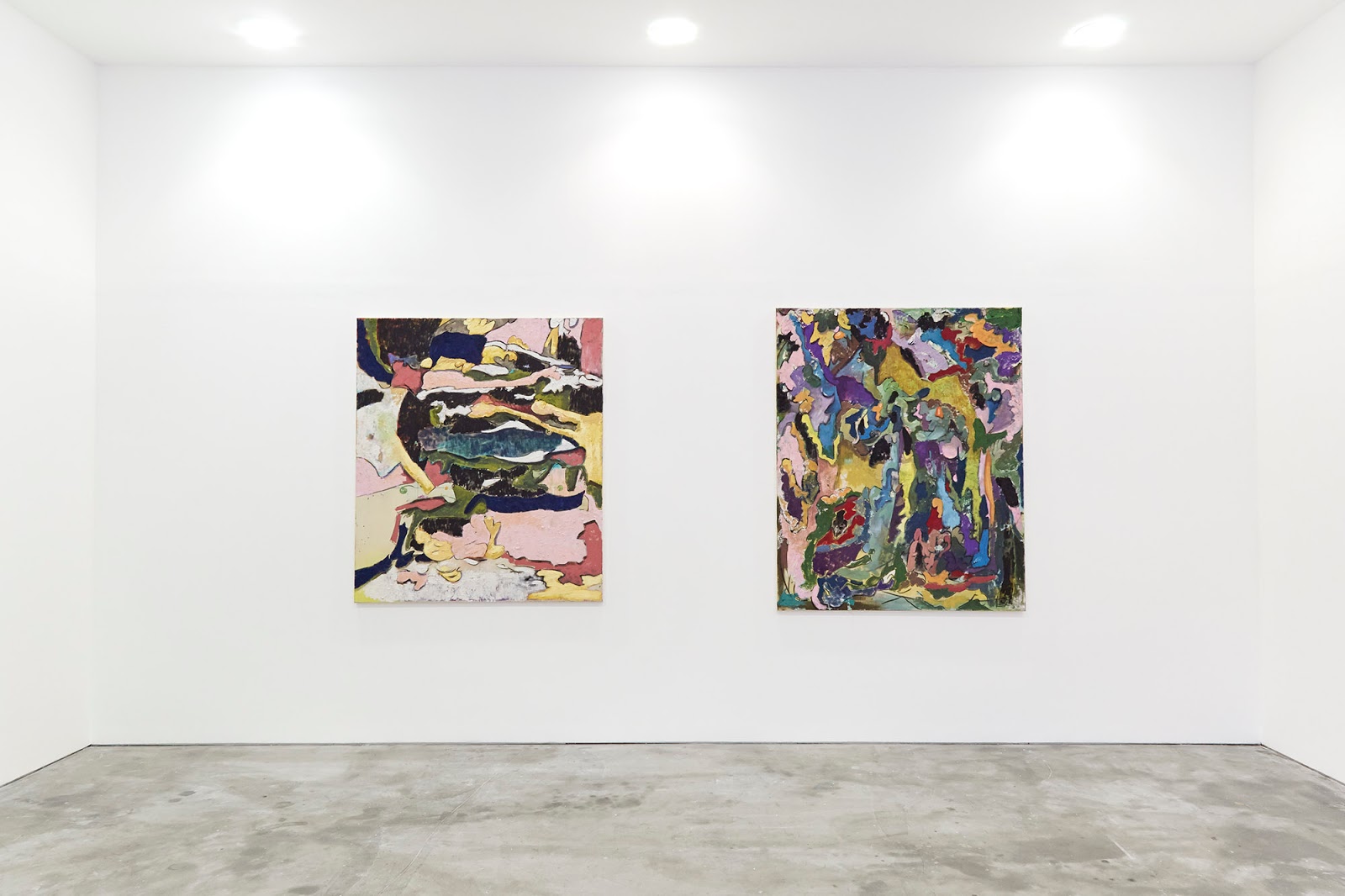 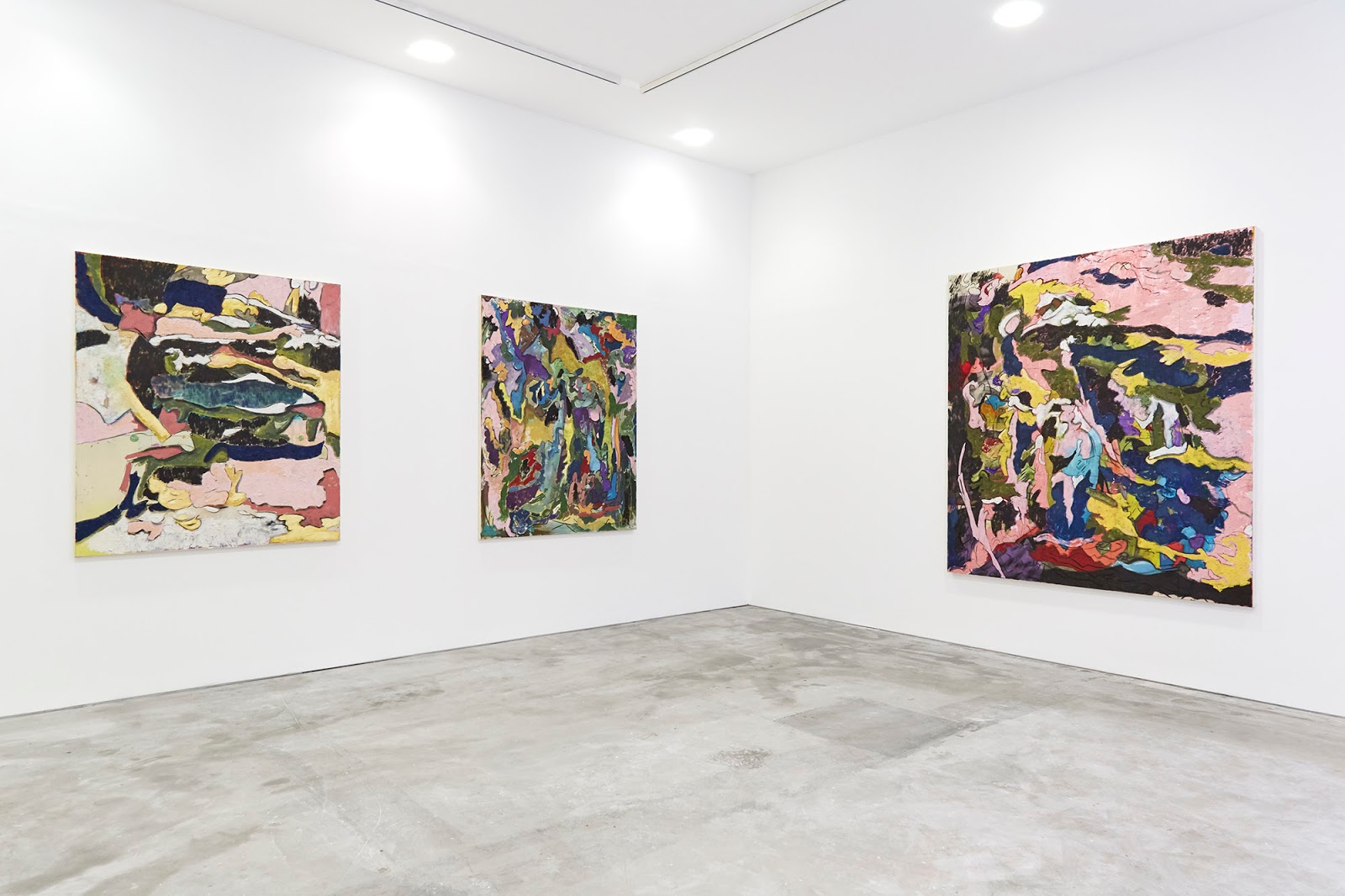 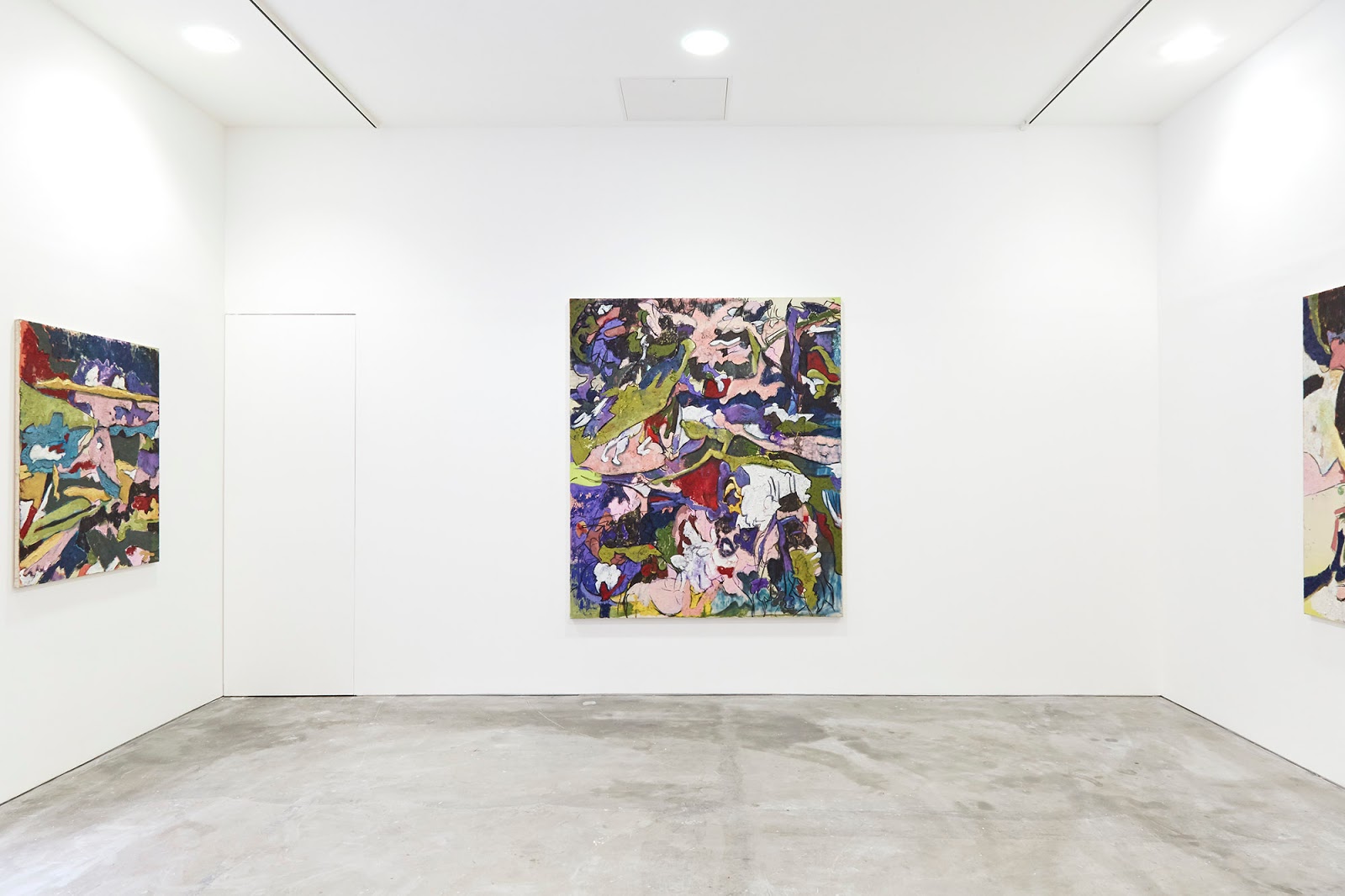 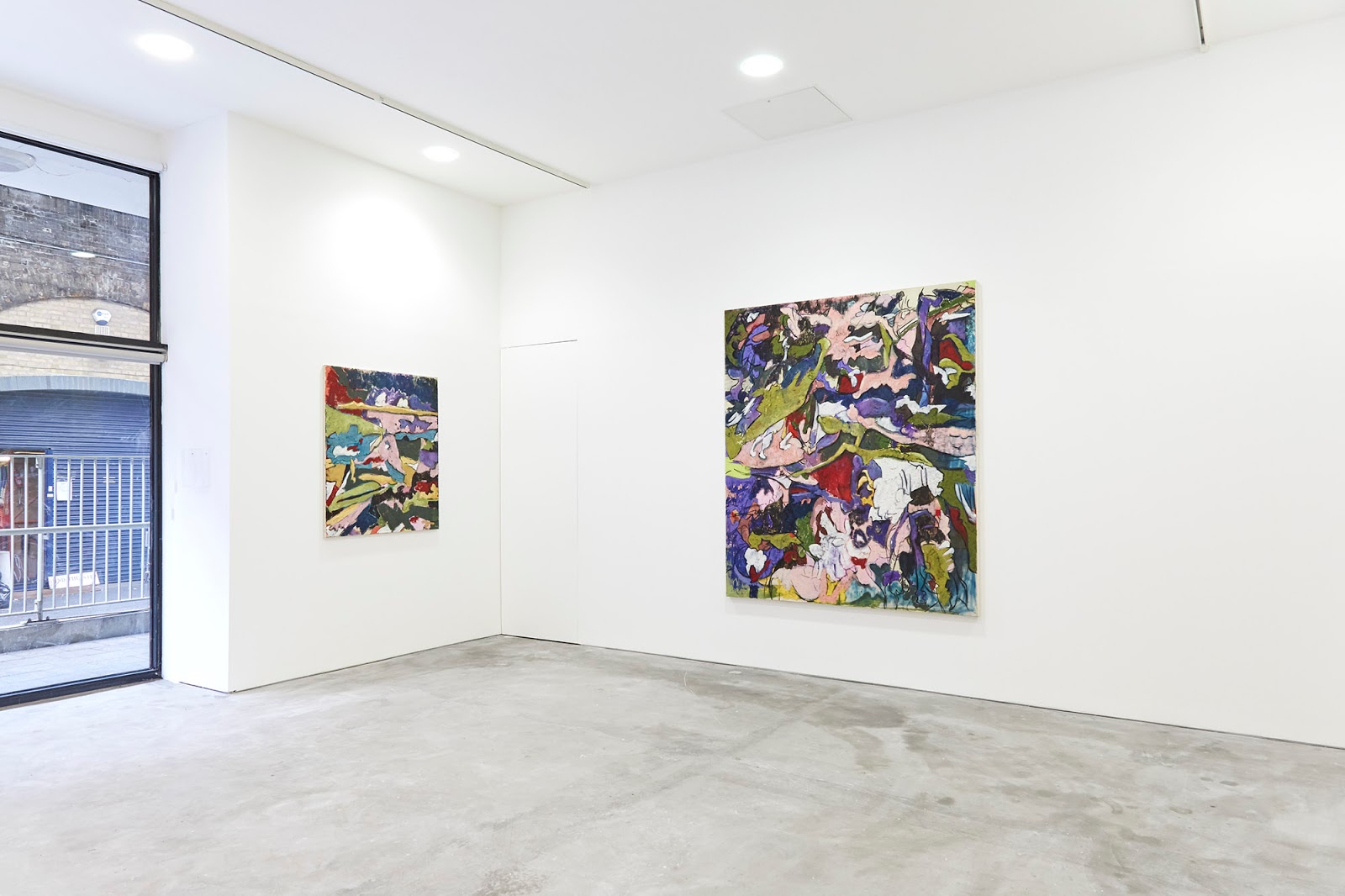 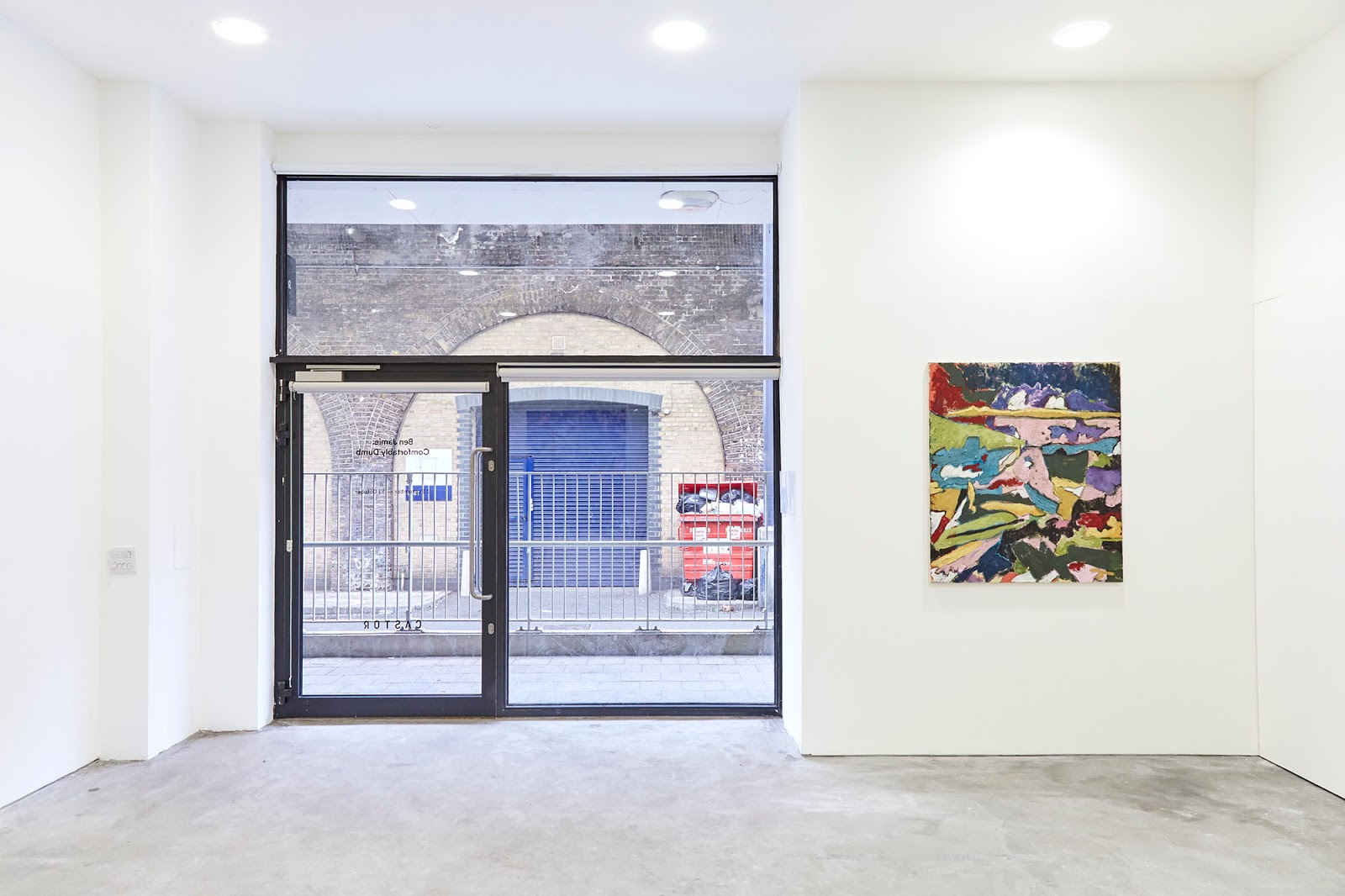 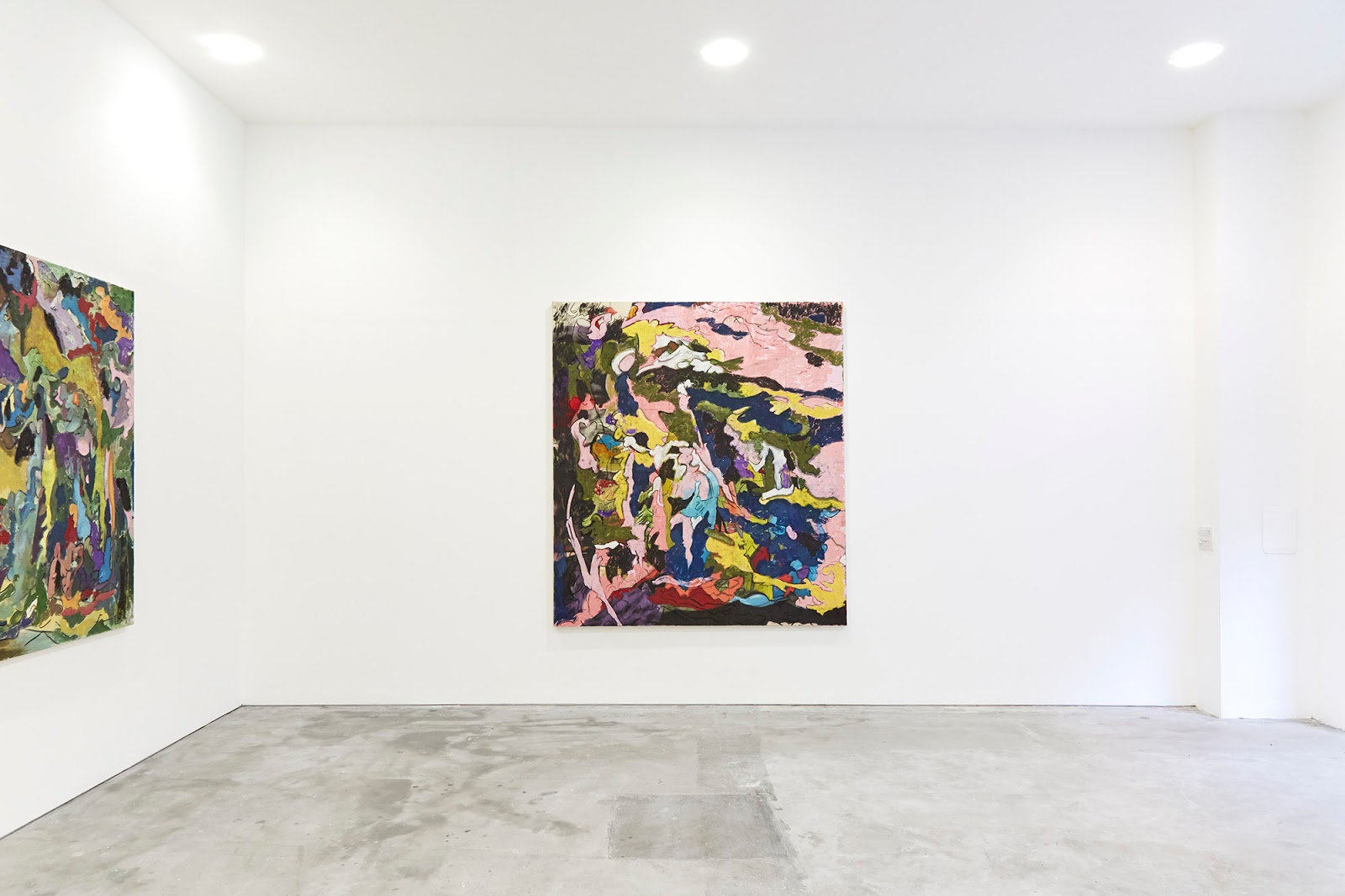 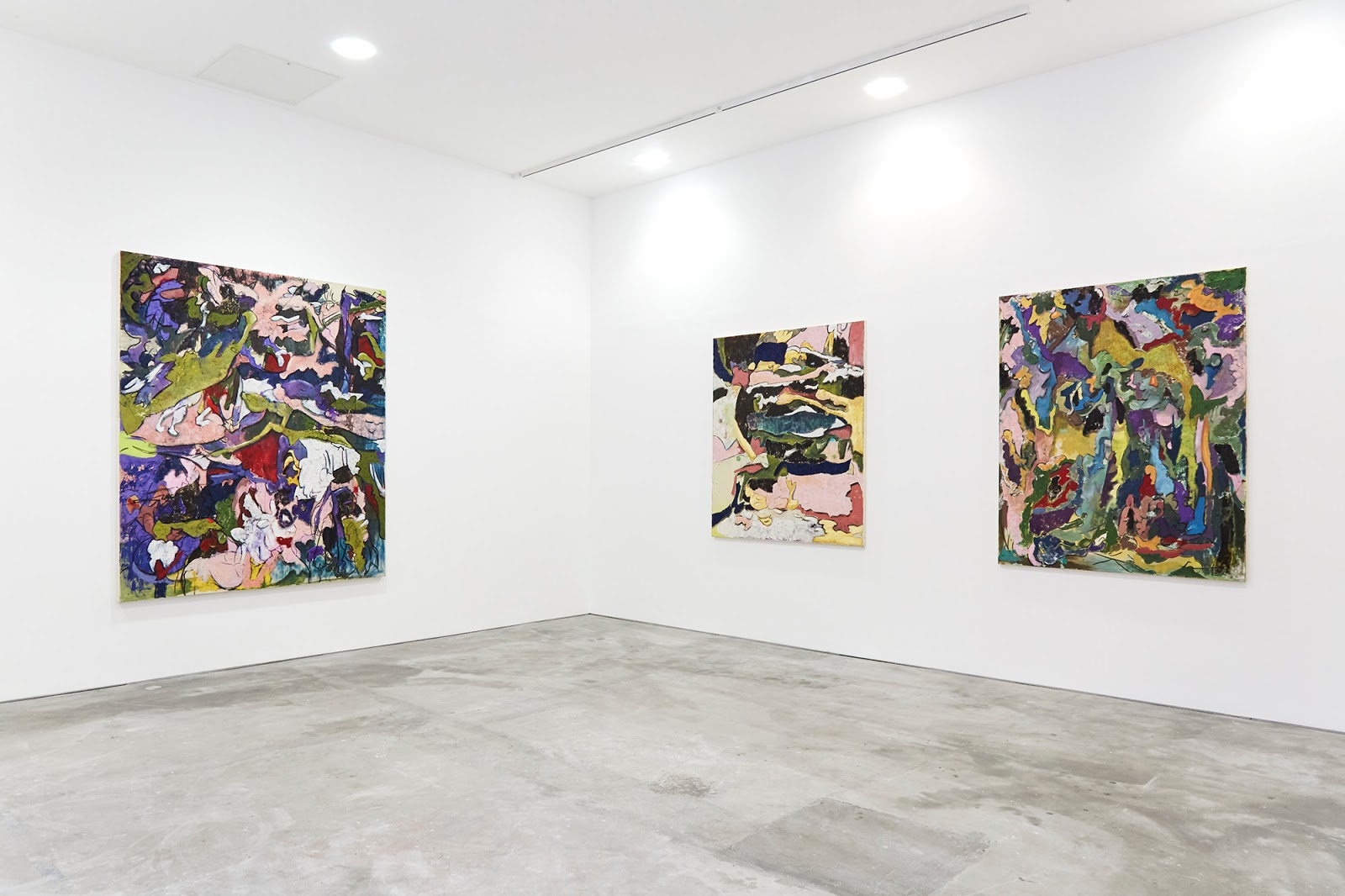 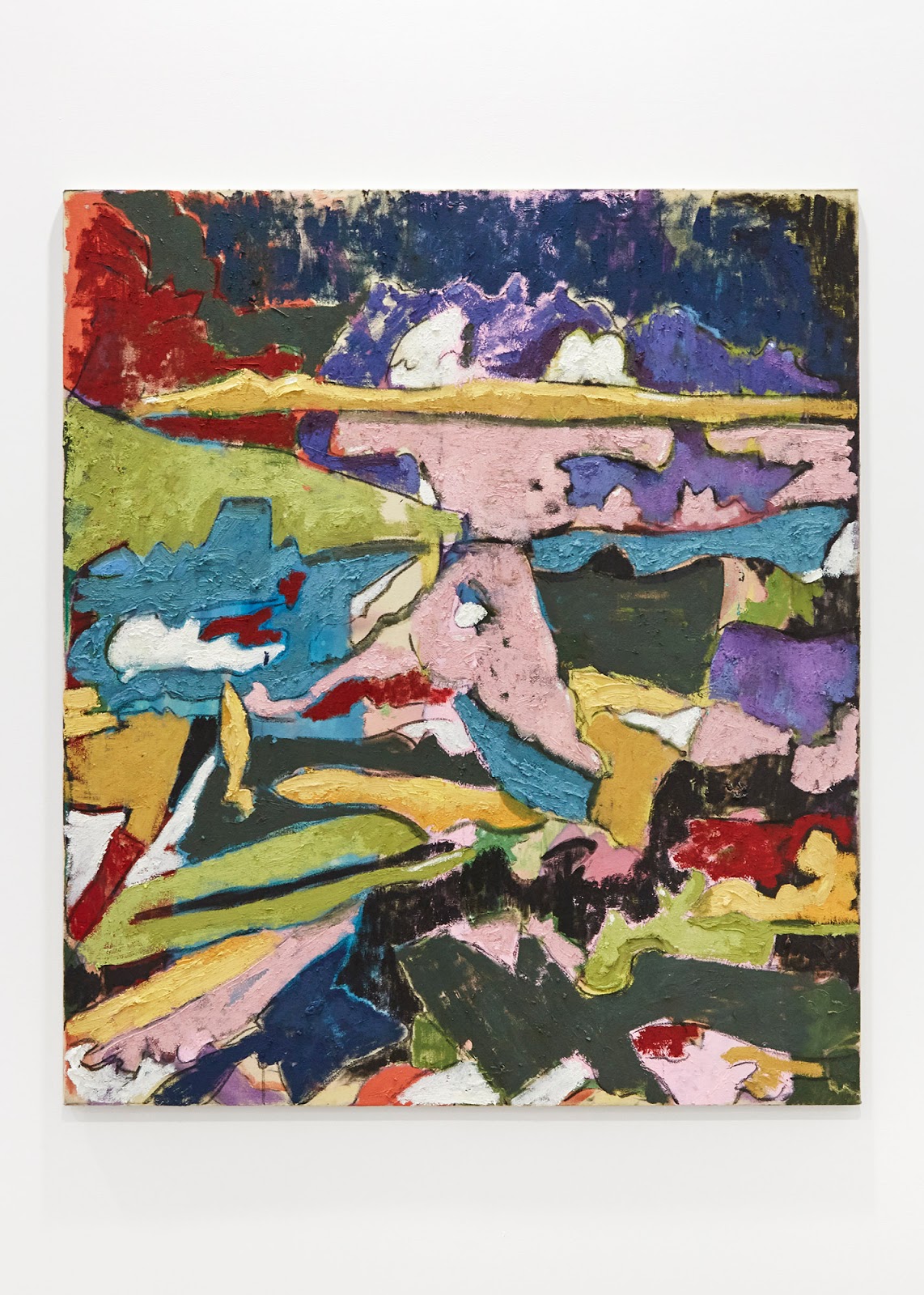 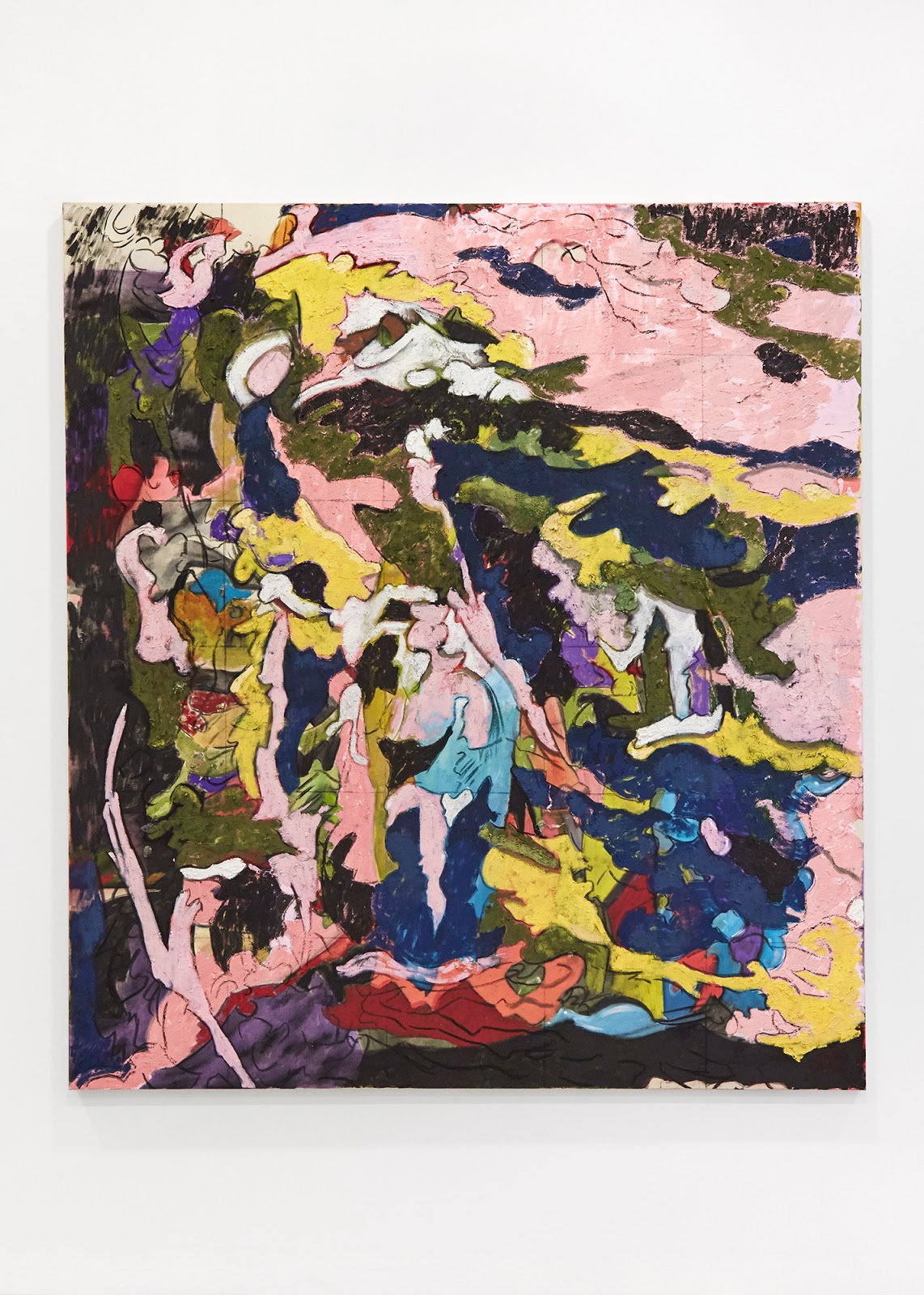 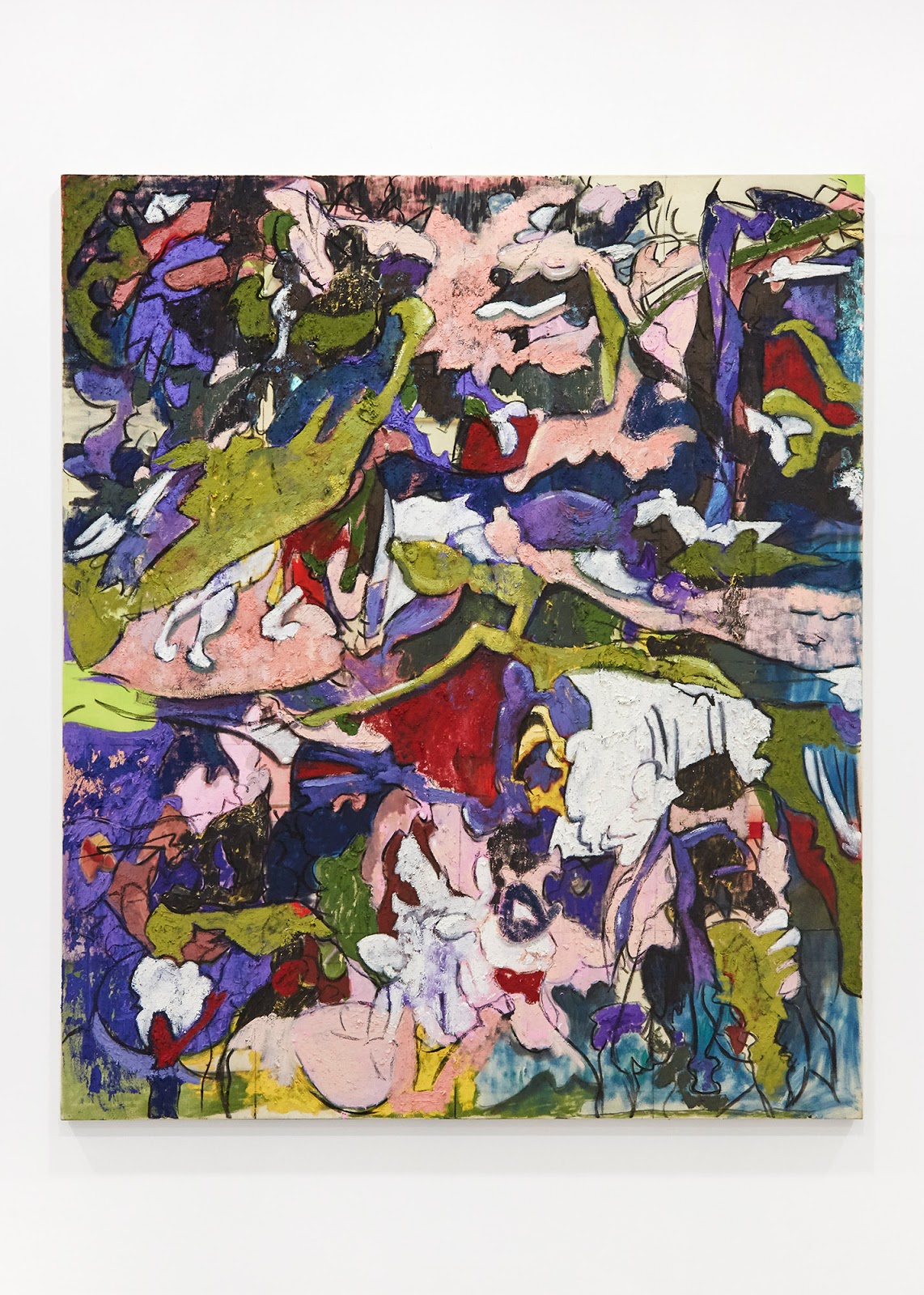 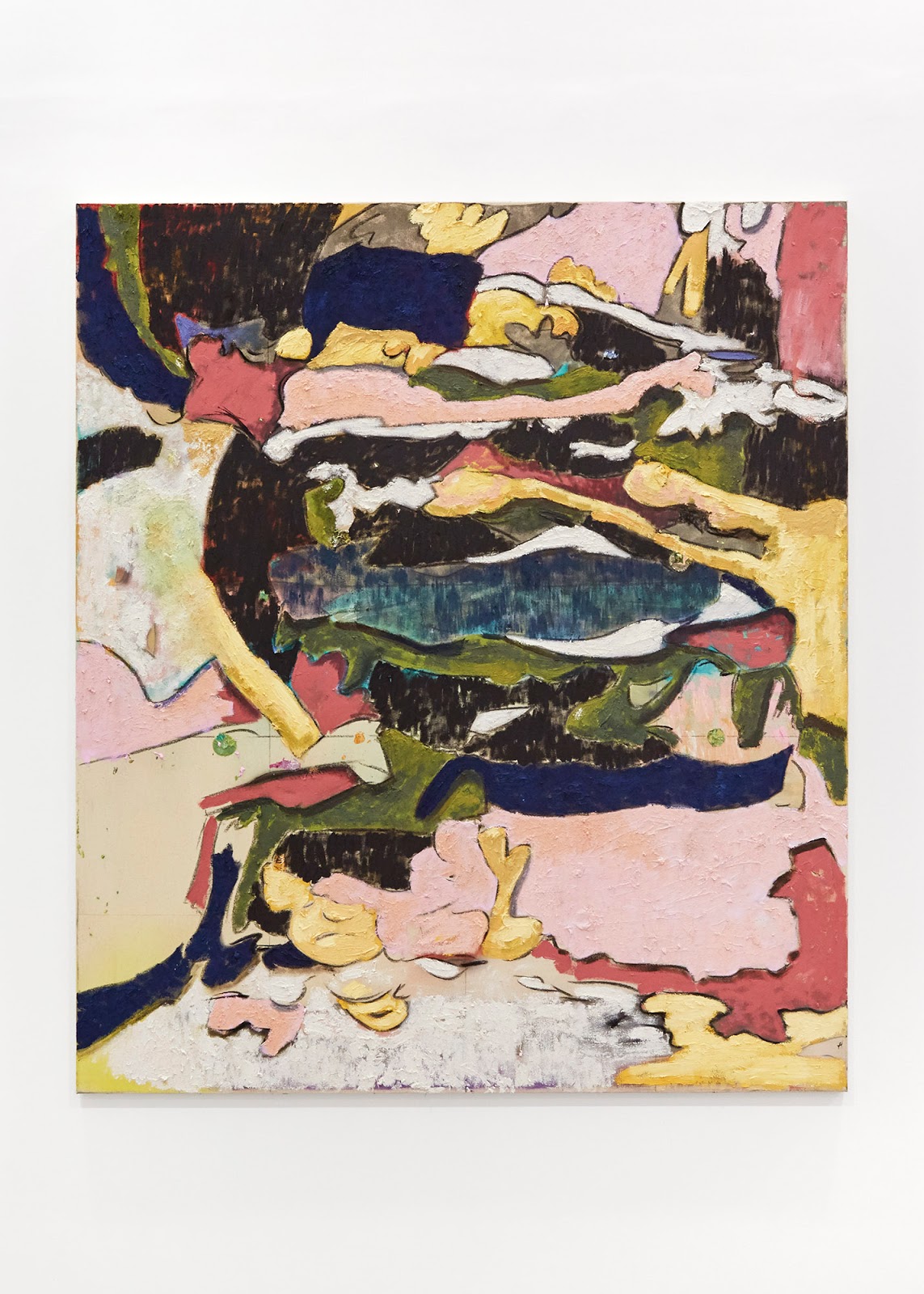 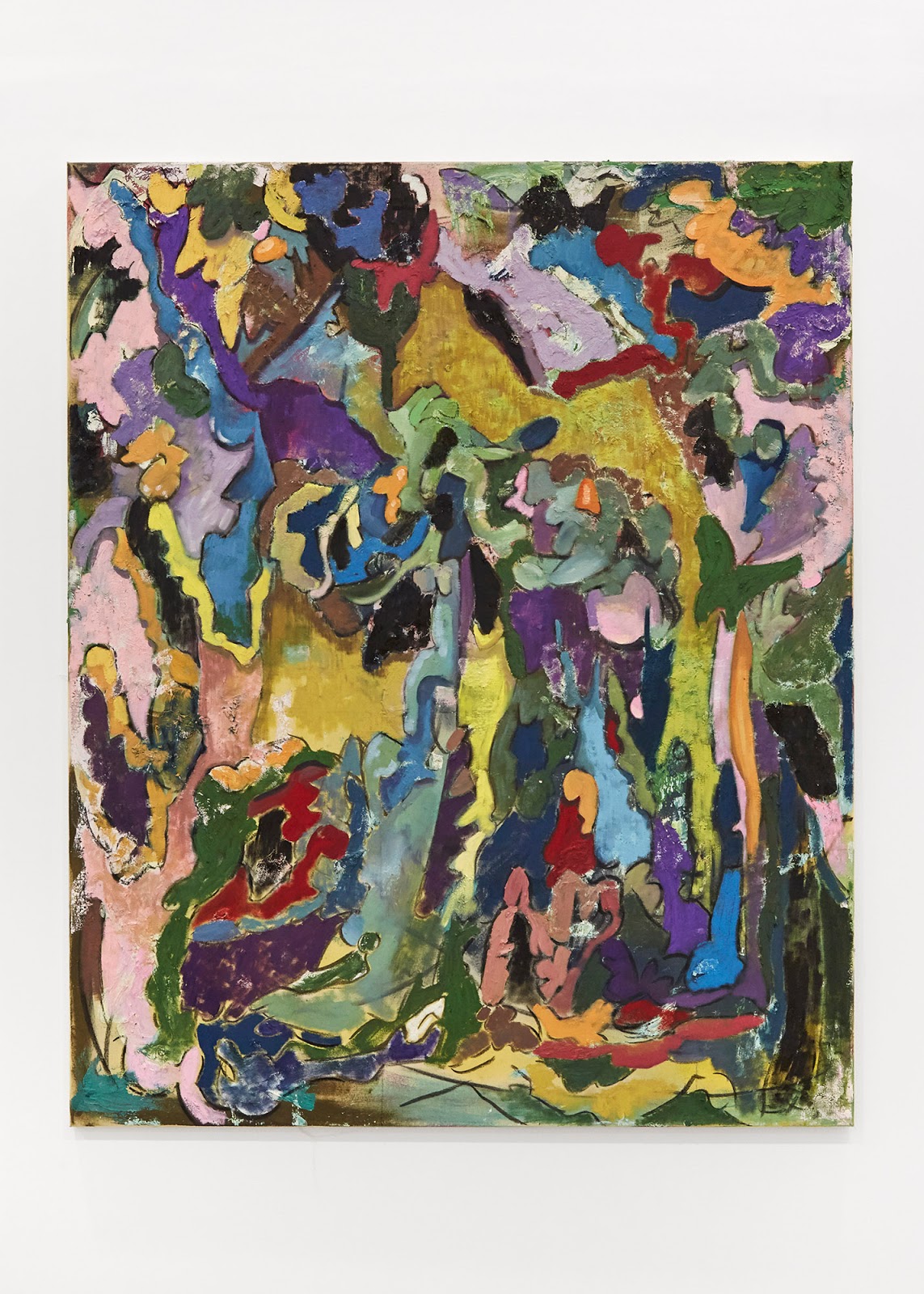 Don’t ask the painter about his paintings, he doesn’t know anything. The painter is dumb. If you want to age him by a decade point at a canvas and ask him a question. He is an unreliable narrator always on the verge of quitting. The work was telephoned in. It just appeared one night like the junk the fly tippers drop in the Bandstand Pond out on the Flats.
Guston said:“To paint is always to start again.”
At the beginning everything unravels. Art dissolves. The studio walls are covered in rectangular tan lines. Sketches pinned to the wall in layers are like insurmountable to do lists. The painter is afraid to start again. He sits at his palette dressed in studio denim gnawing his fingernails and rattling through a jar of instant coffee. He’s been having those anxiety dreams again, the ones where he is showing naked stretcher bars in public.
His paintings are delayed, stuck inside tubes somewhere in Williamsburg. It’s not happening today. Forget about it and head to El Greco’s for a lamb Souvlaki with hallucinatory hot Serrano sauce.
A shift occurs. The roof’s been lifted and a staircase has appeared. Our hero is up off the couch. The something he thought about whilst he was doing something else becomes the something on the studio wall. That something pluralizes. A body of work is forming. The works talk to each other behind the painter’s back in a language he is unable to translate fluently, but one that he deciphers in snippets, mark by mark.
The studio changes shape to accommodate the work and squeeze out the painter. Being able to start becomes knowing when to stop. Balancing the heta-uma, creating a work that is part string session musician and part three-cord punk. Taking away or adding in is a risky business. Pruning can kill.
When the work is shipped from studio detritus to white box gallery each painting looks completely different, as if the oil melted and reorganized itself during transit and now hangs here immaculate in rented tuxedos. End game. The pencil has been traced with ink. Just don’t ask the painter how it happened. He doesn’t know anything.