When You Were Bloom at Thierry Goldberg / New York

When You Were Bloom 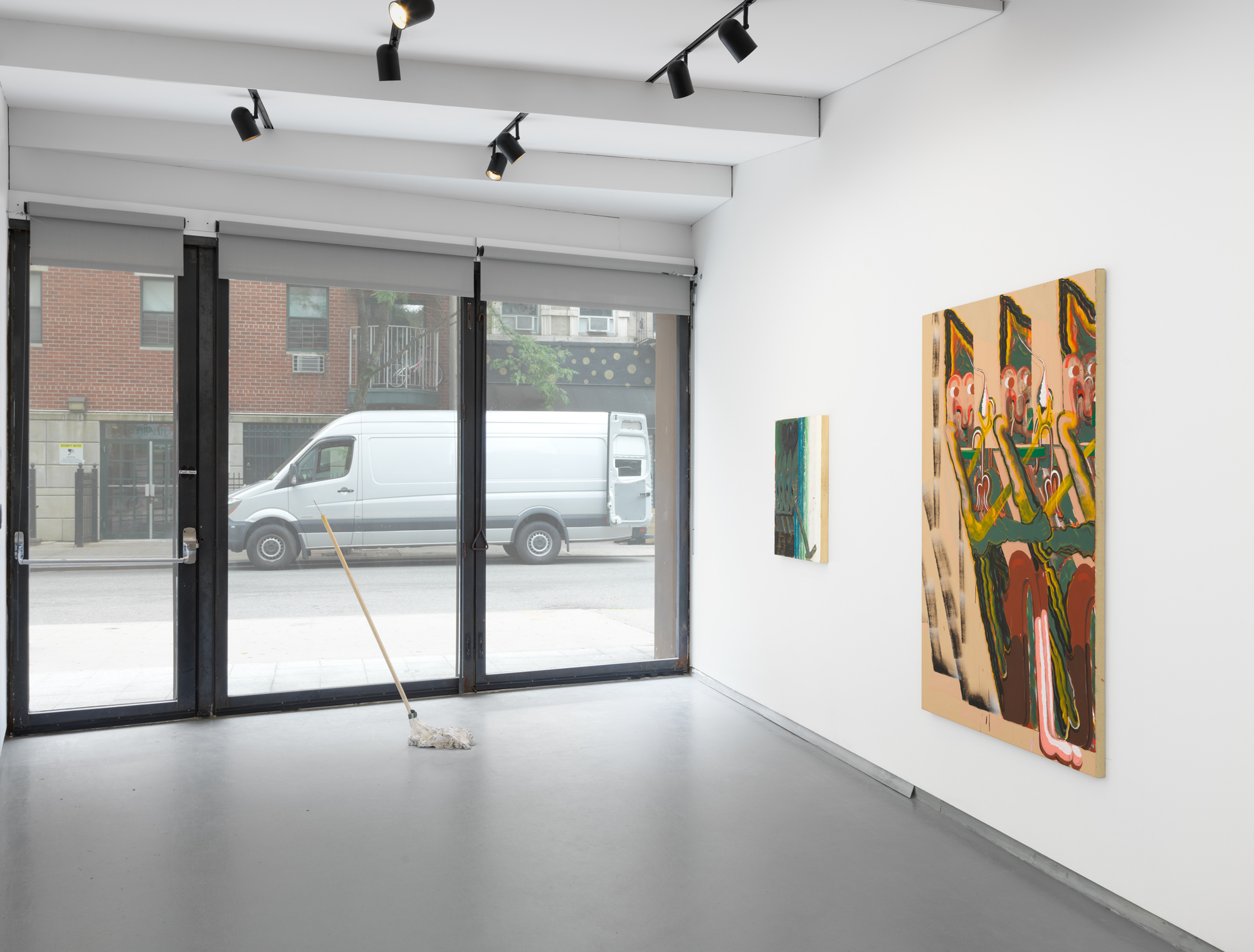 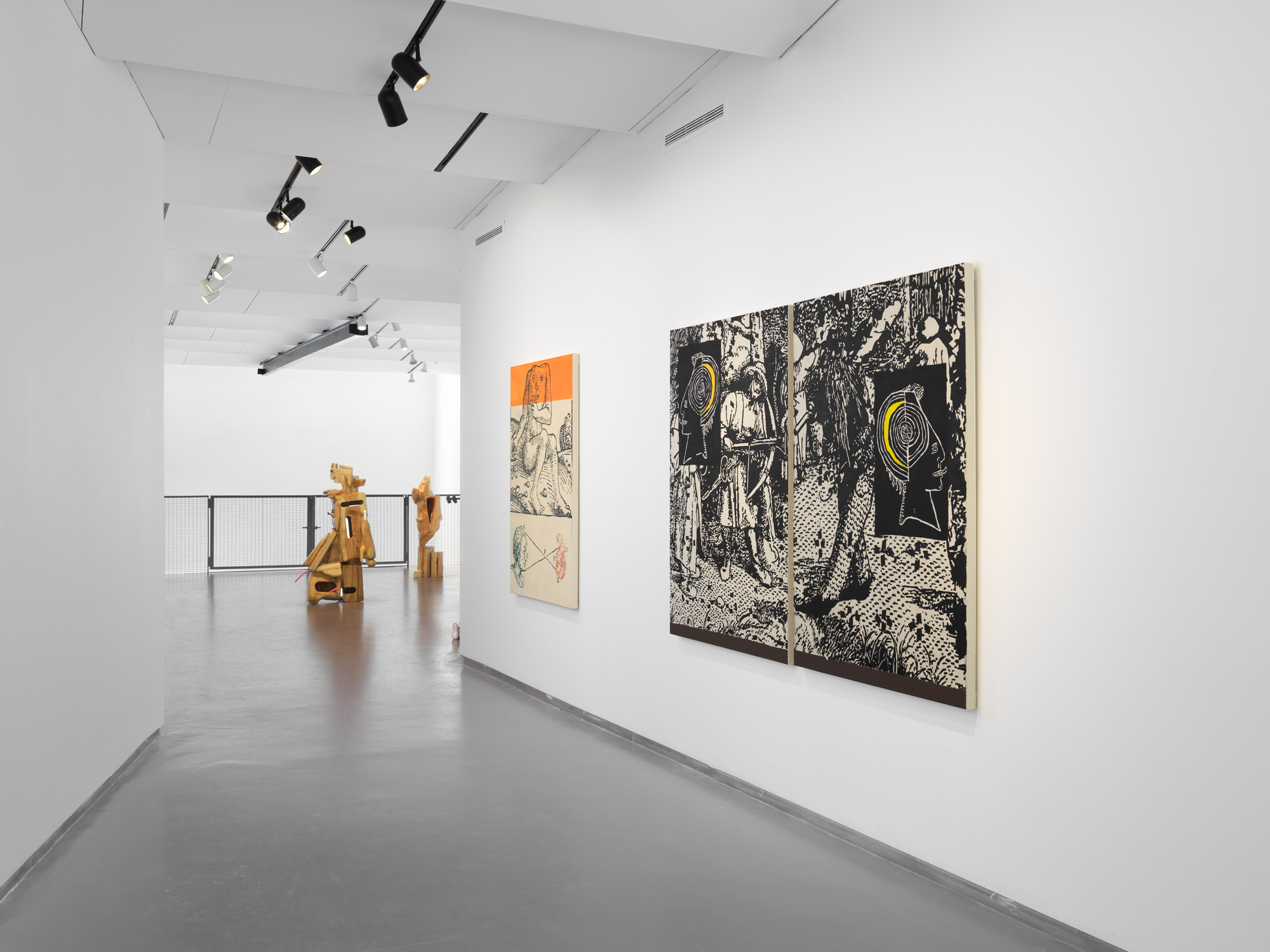 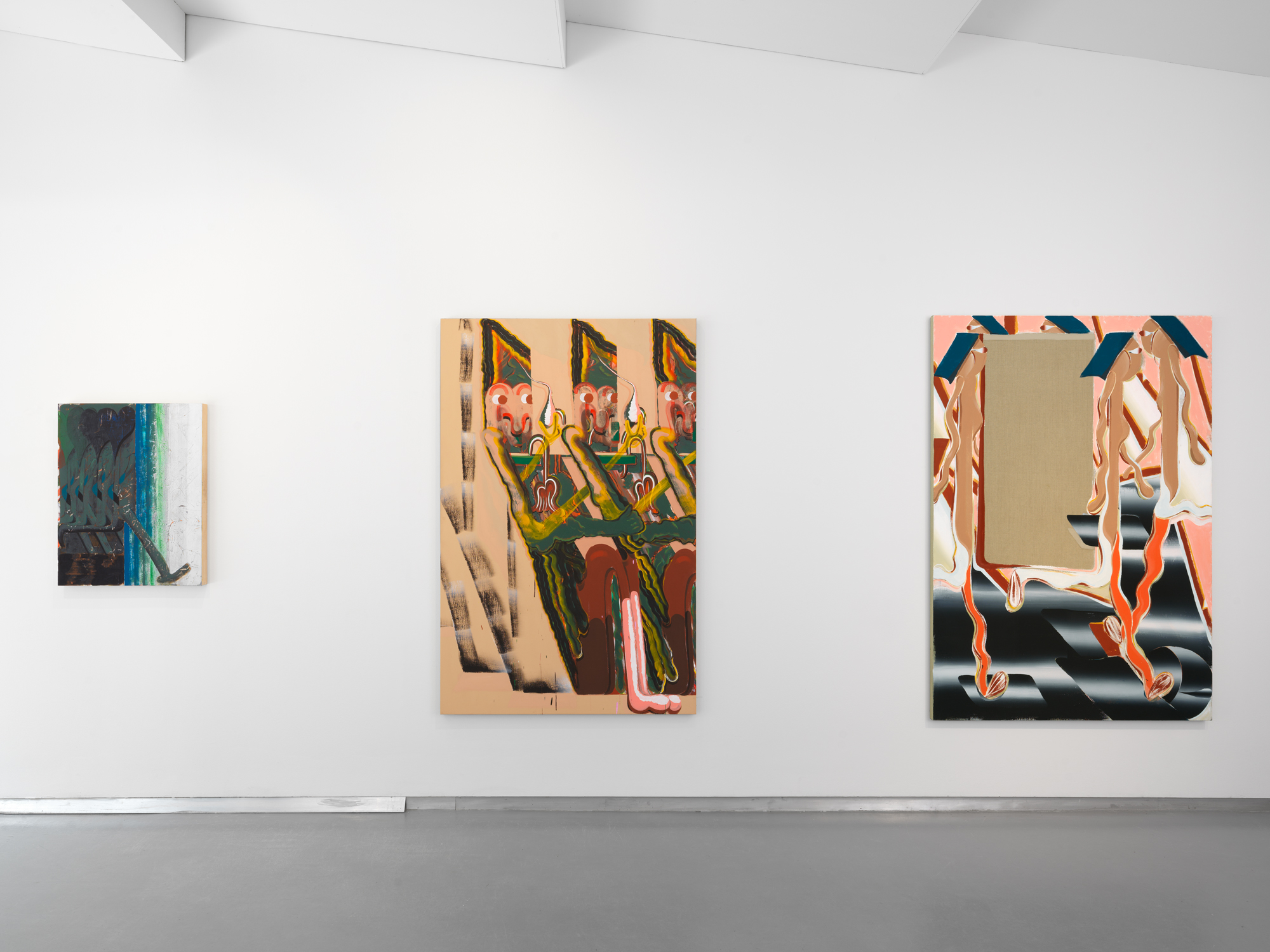 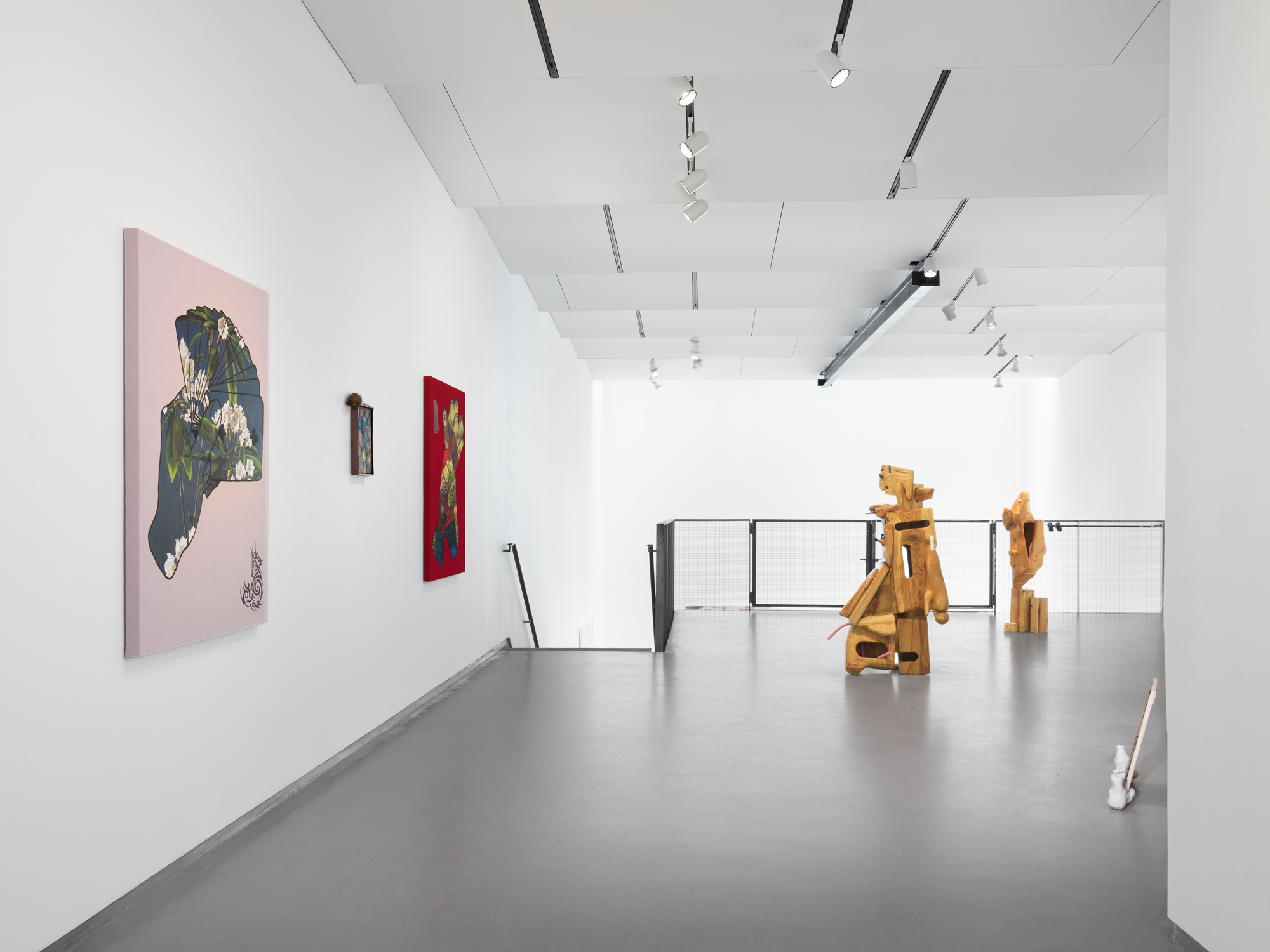 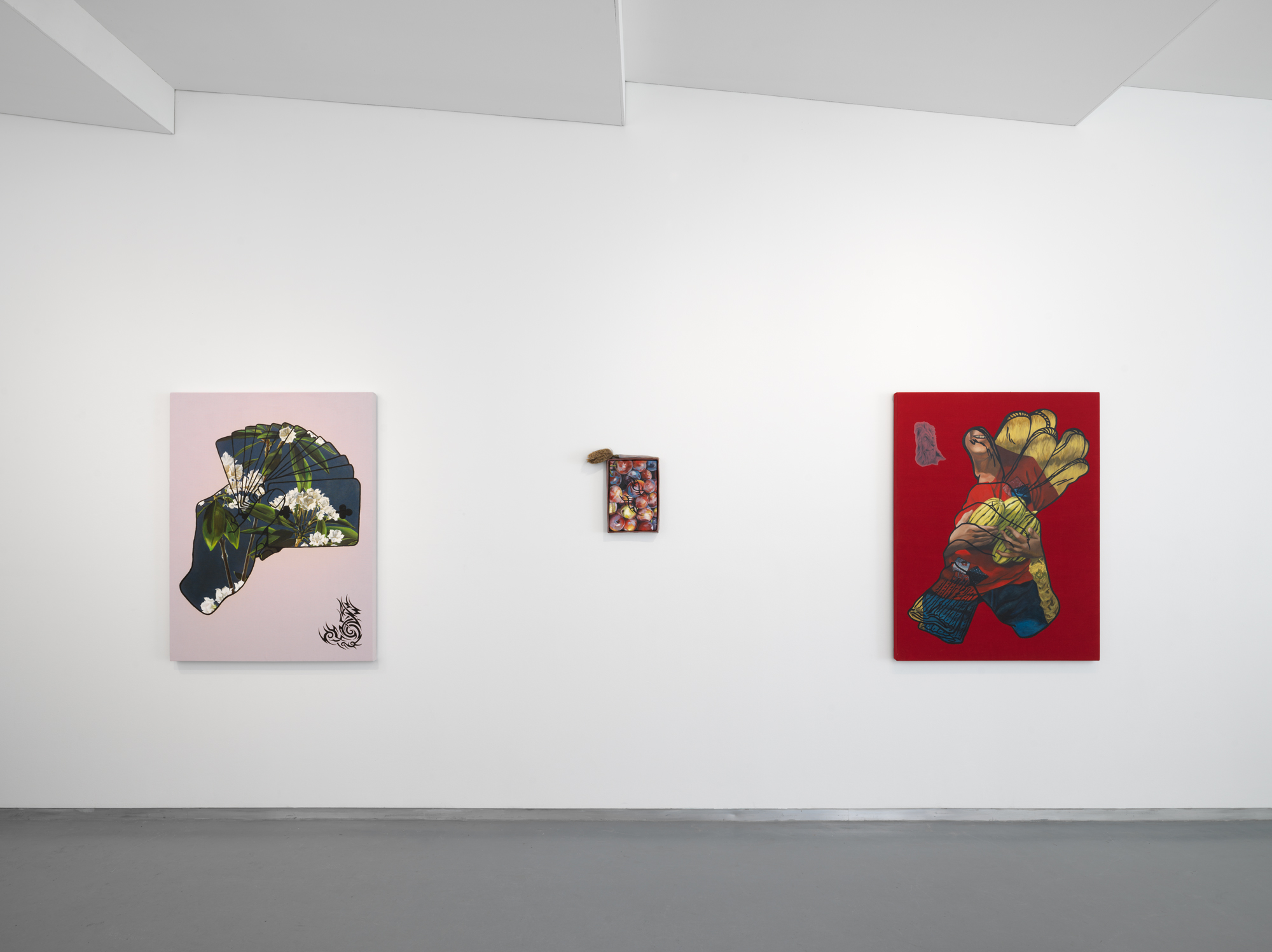 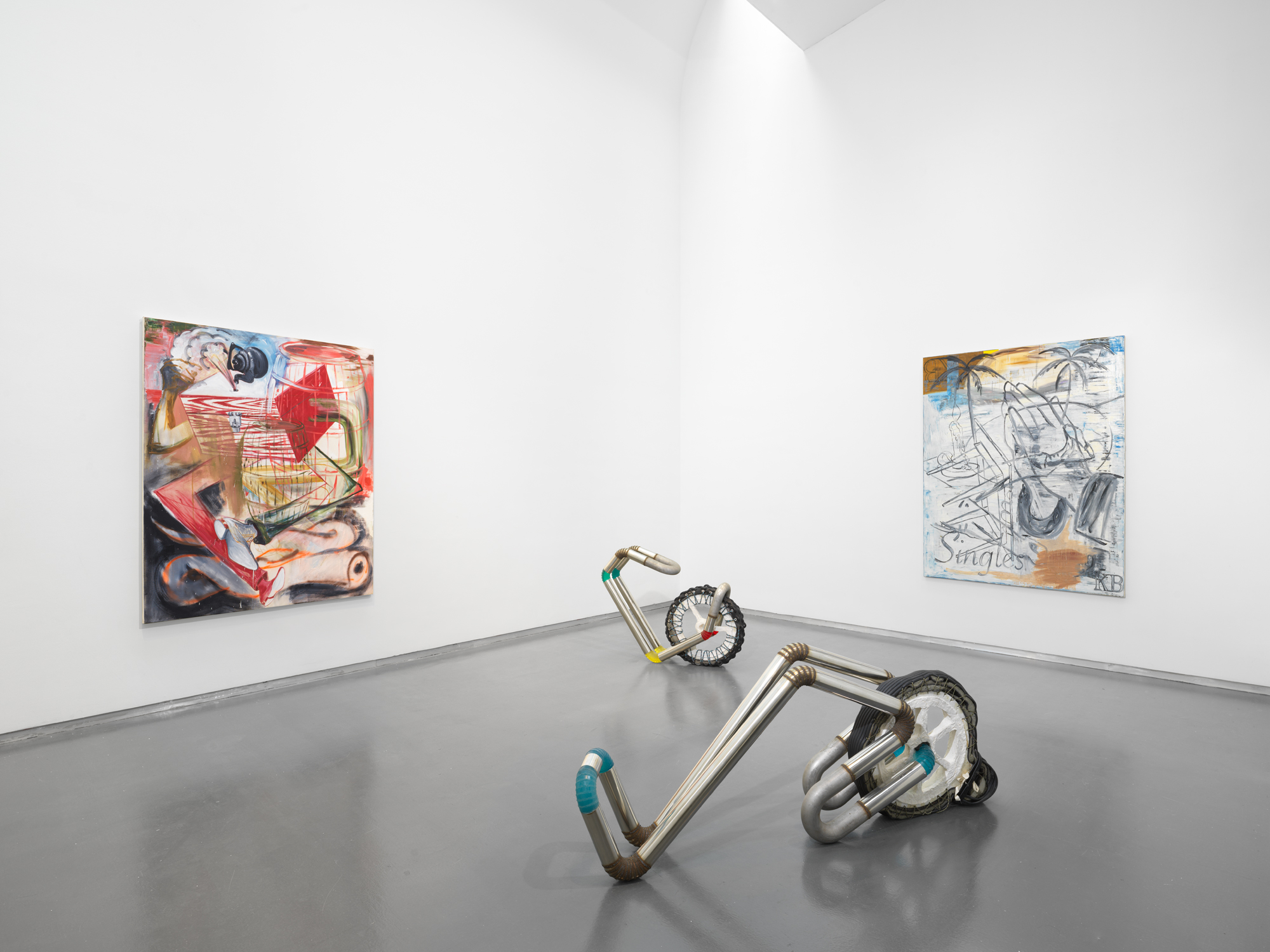 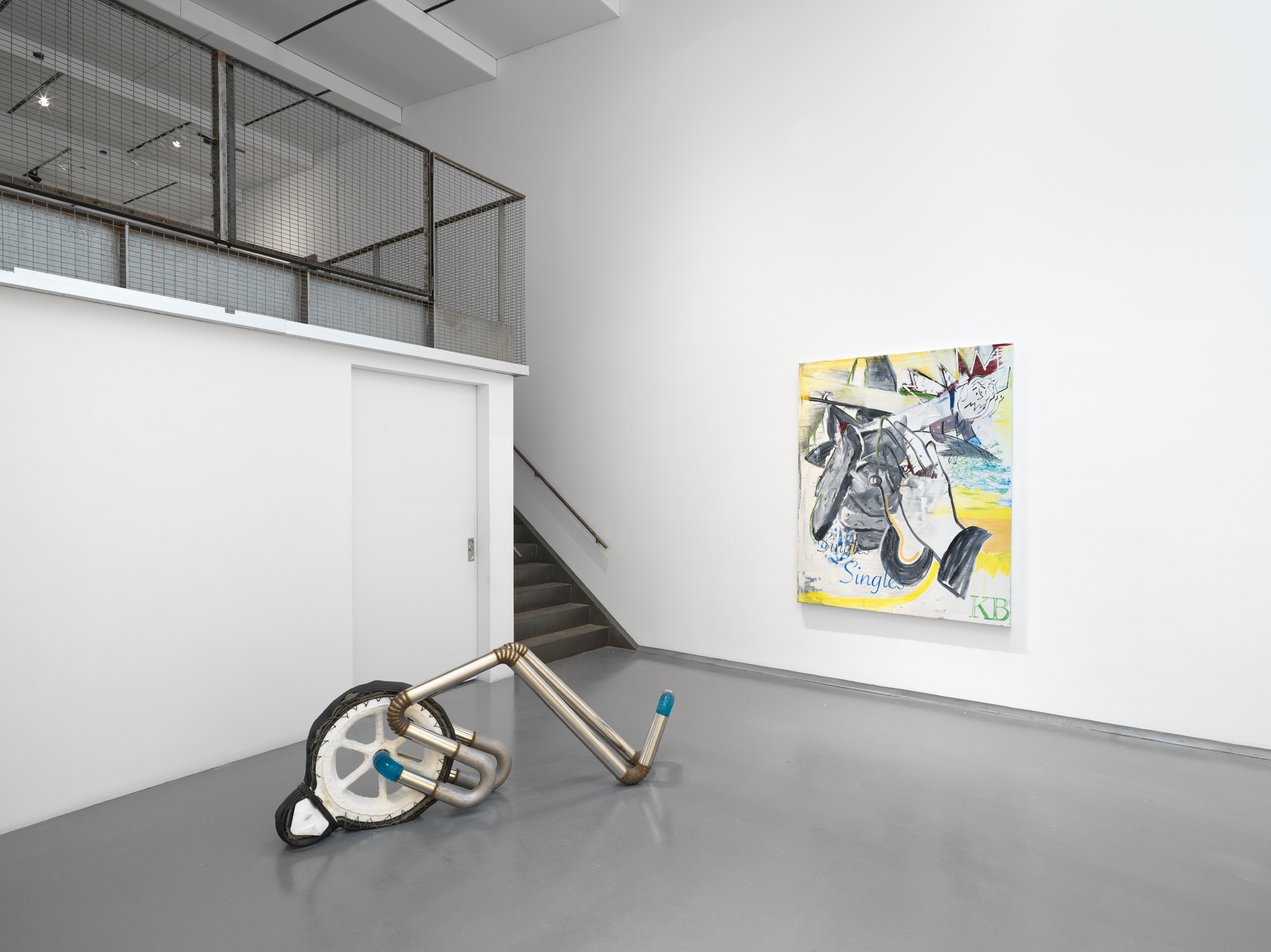 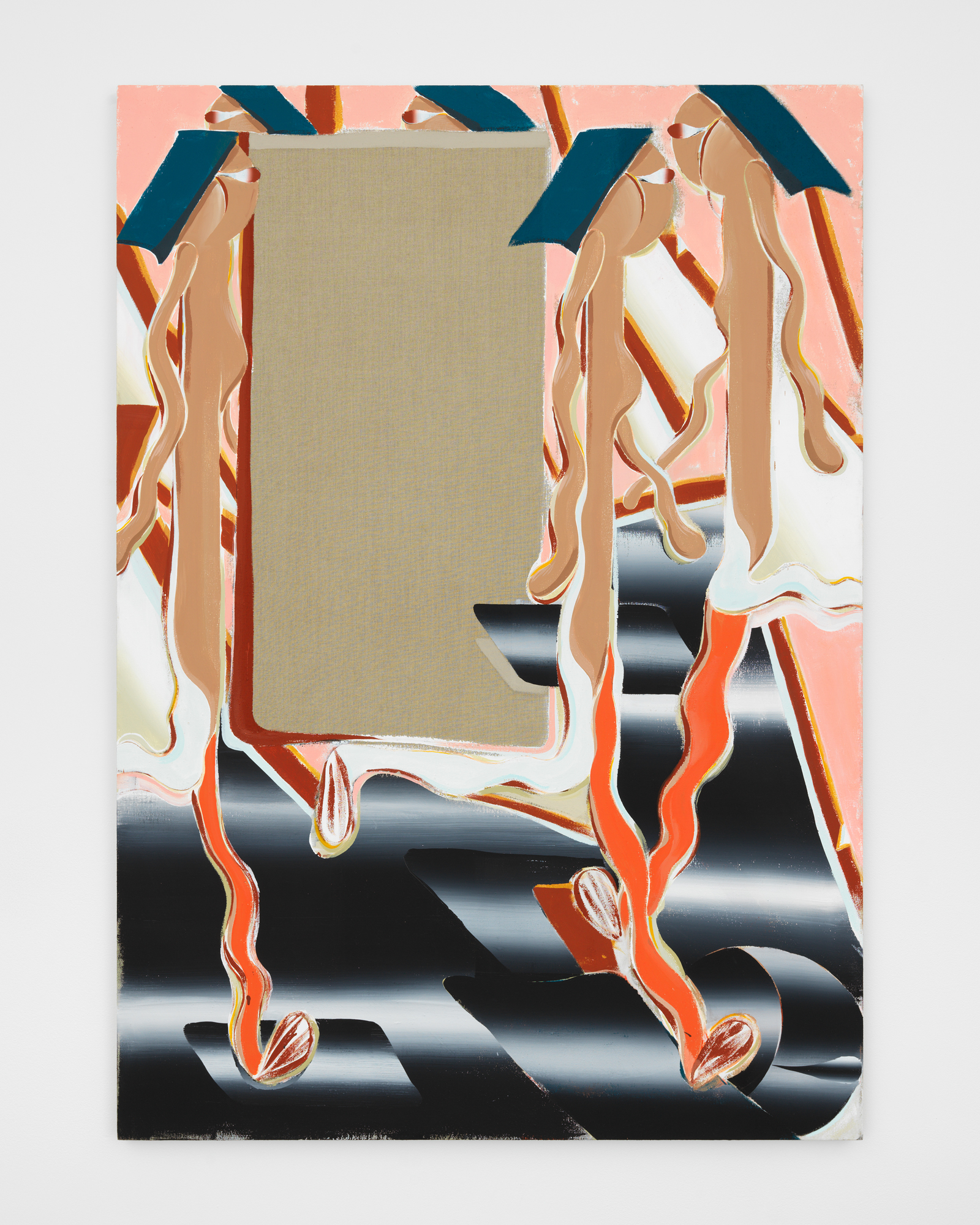 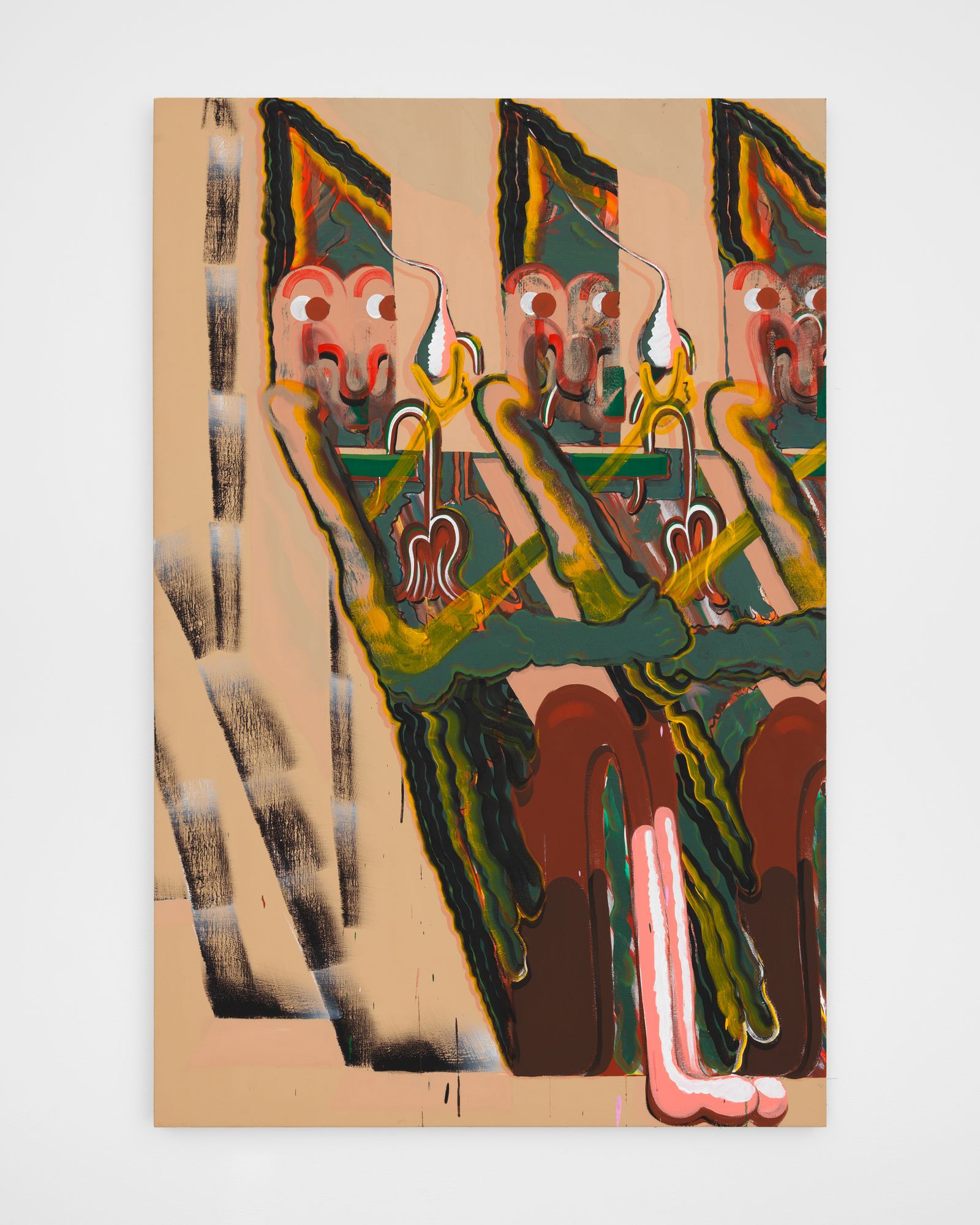 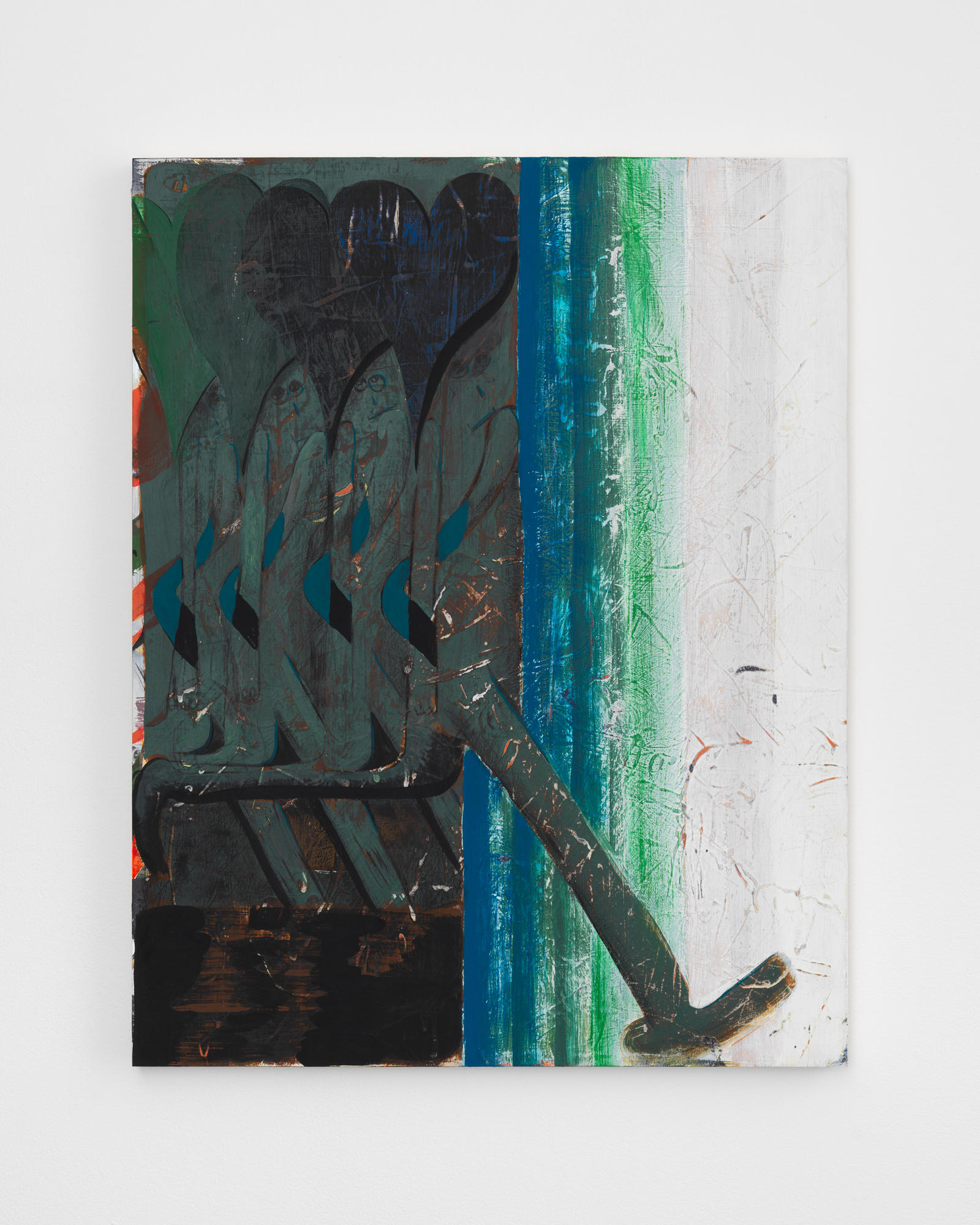 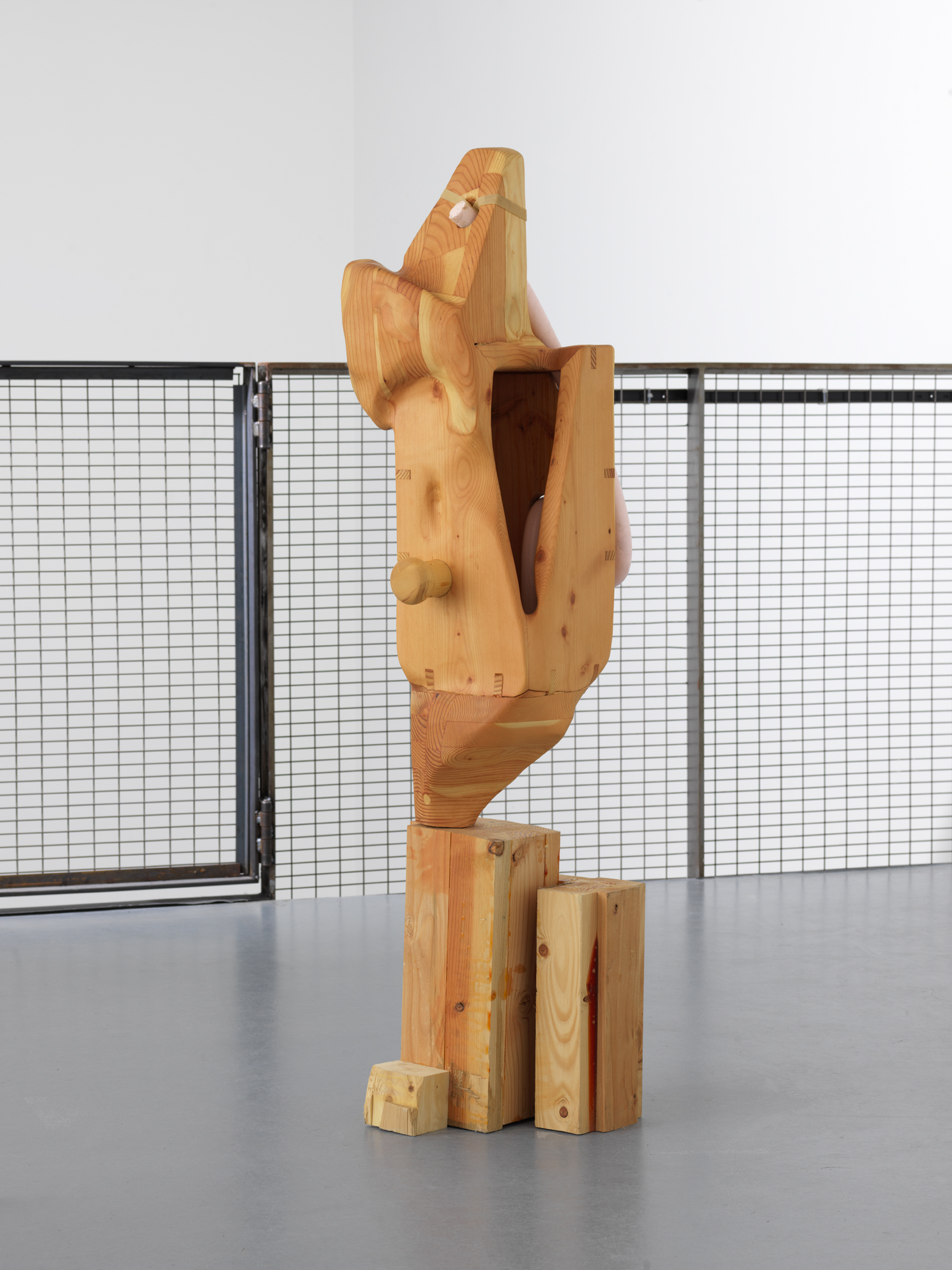 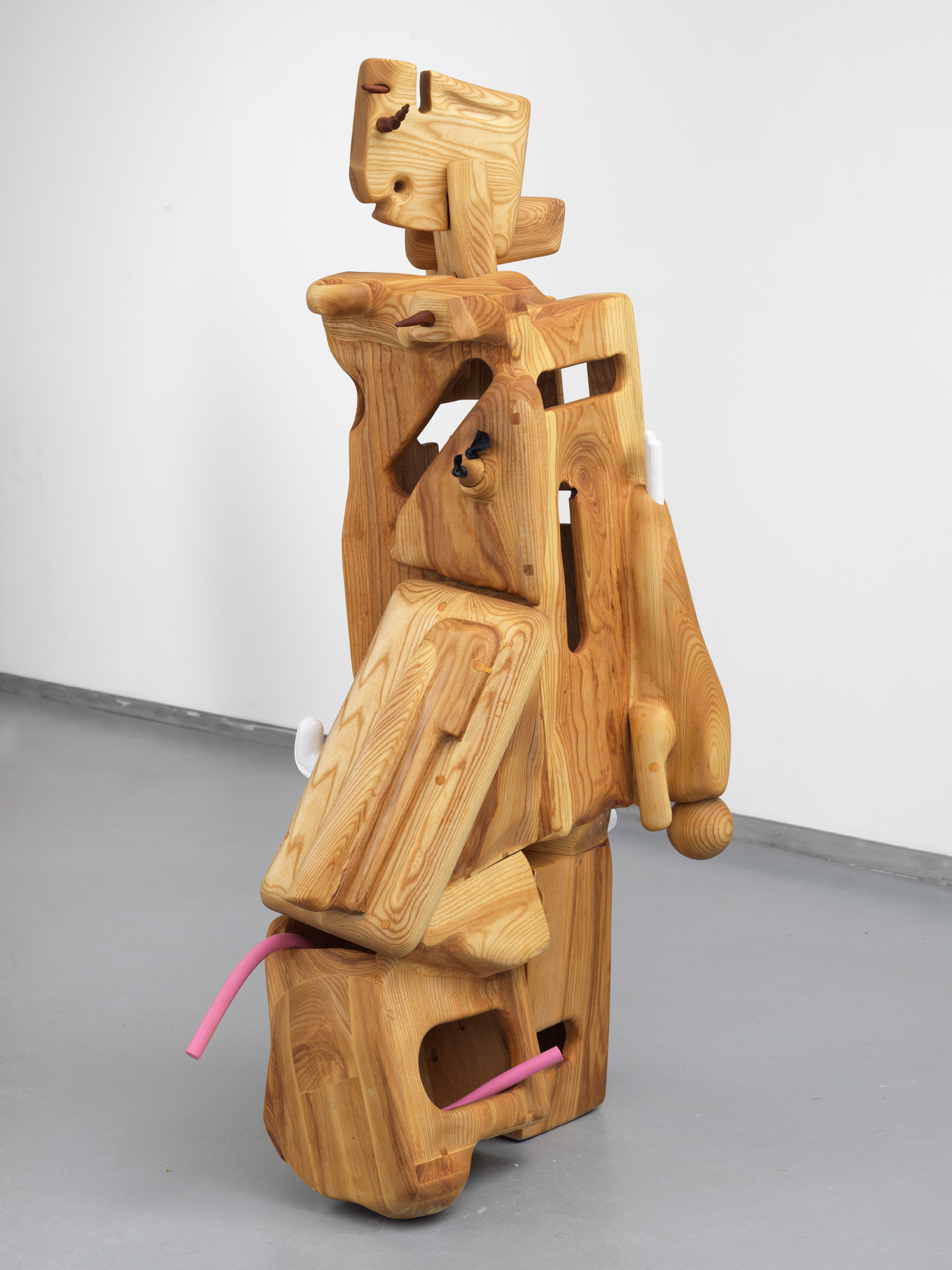 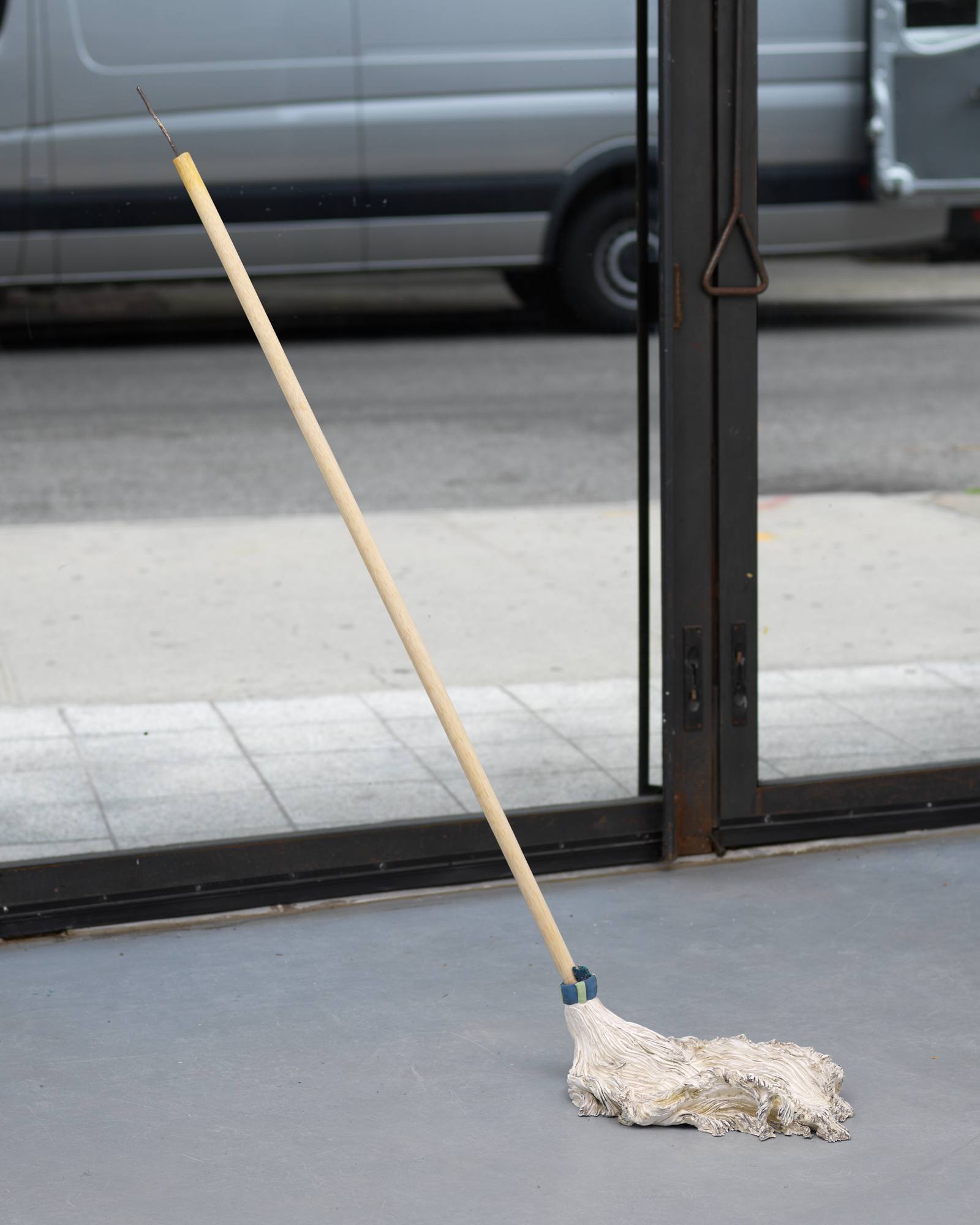 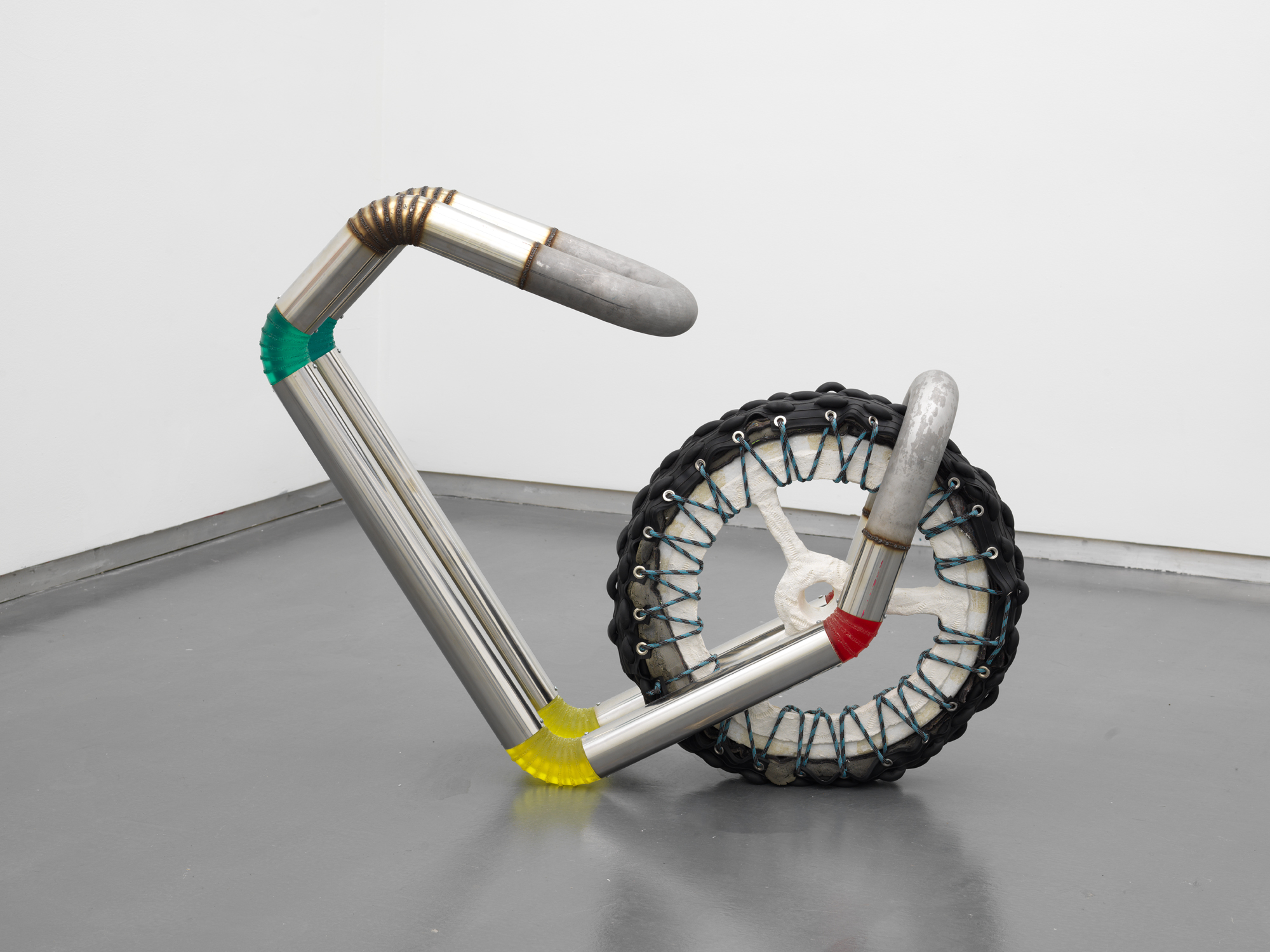 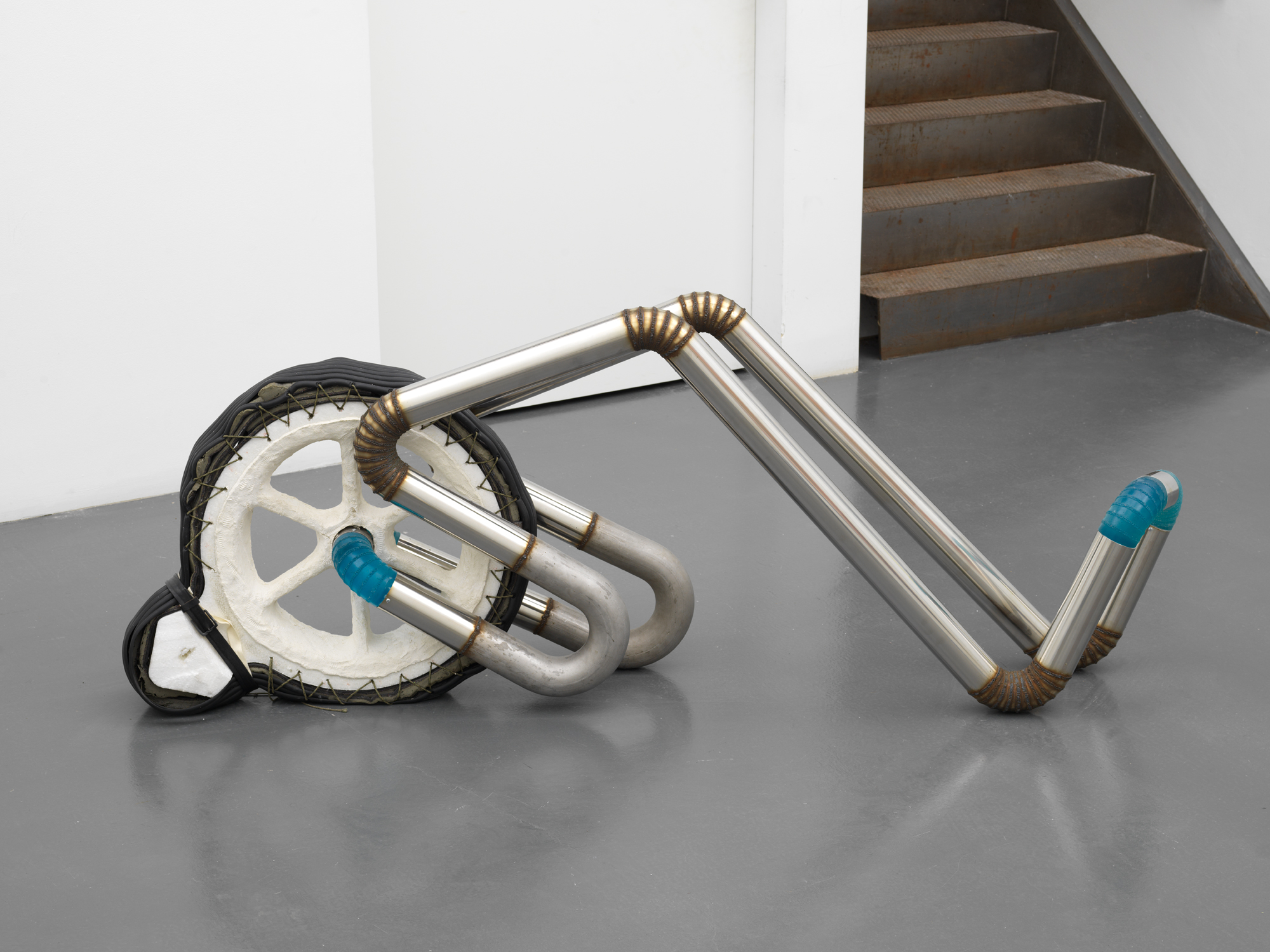 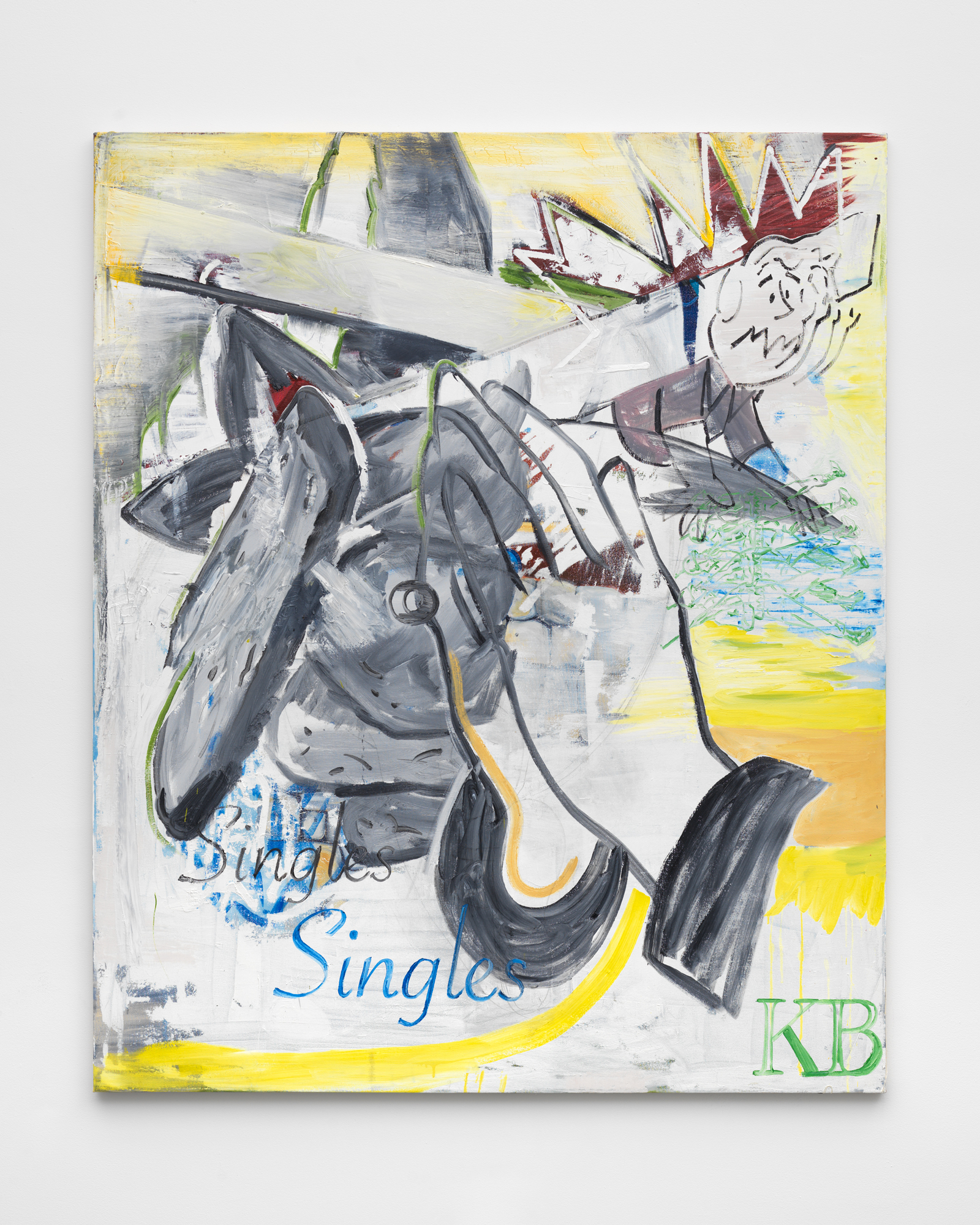 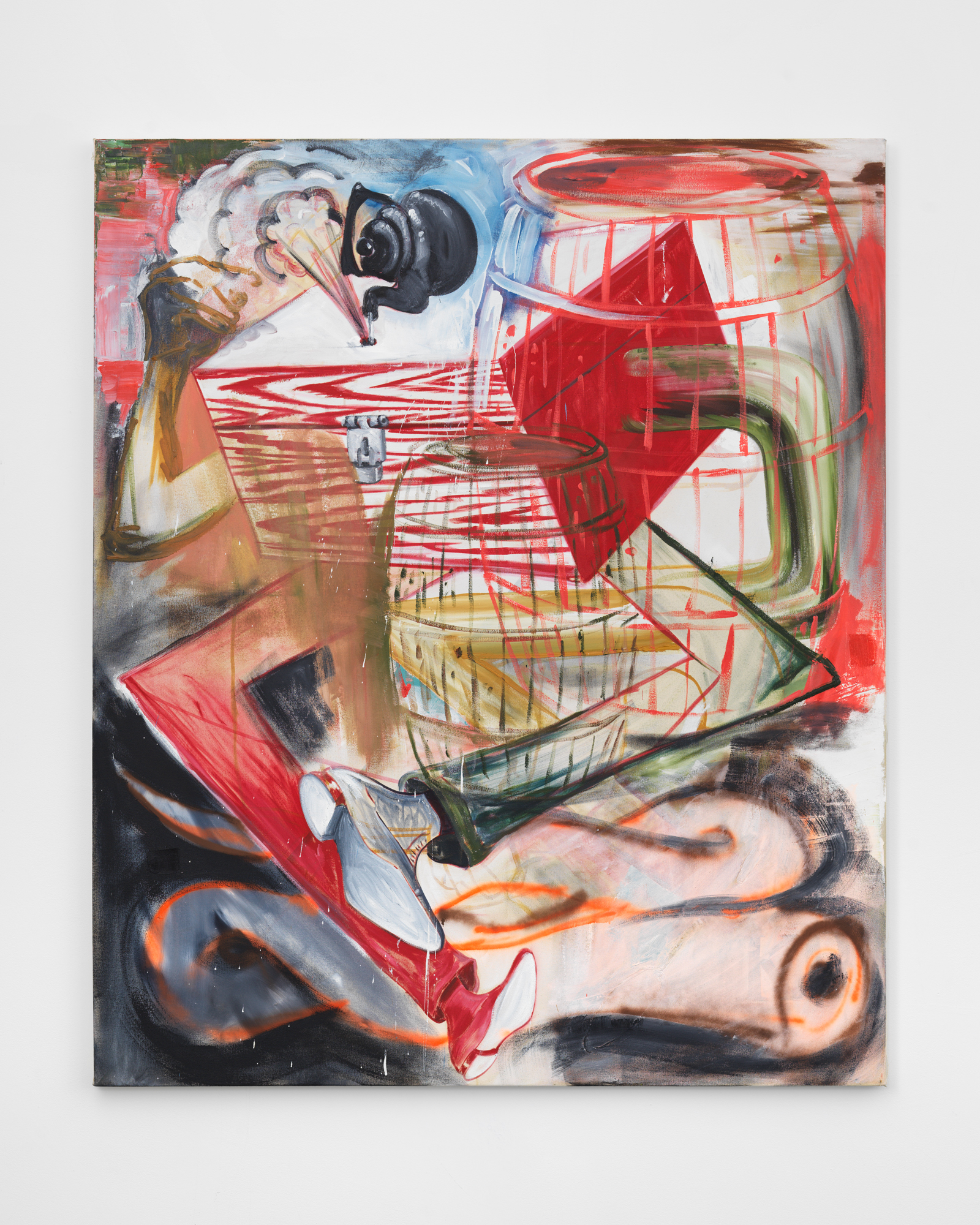 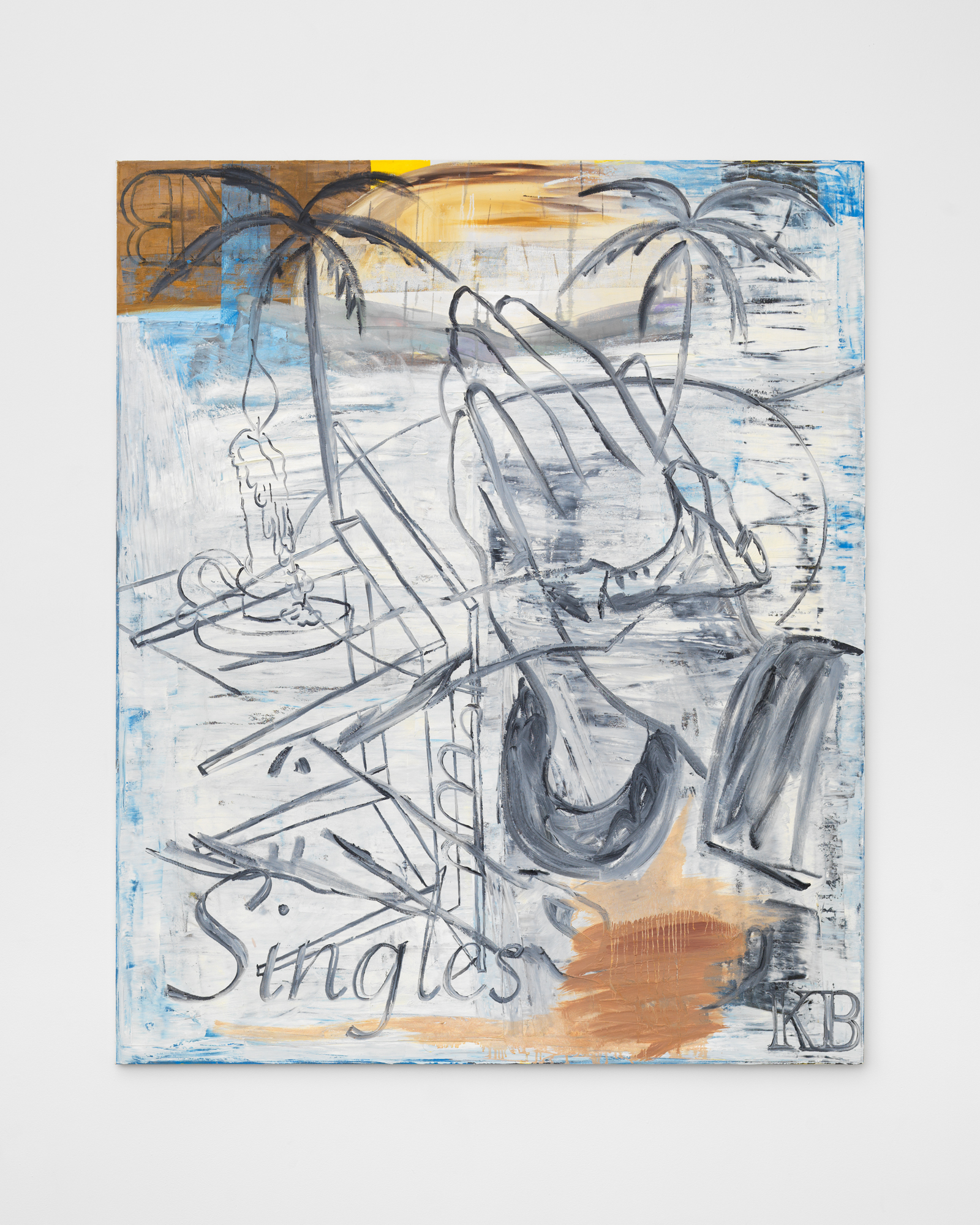 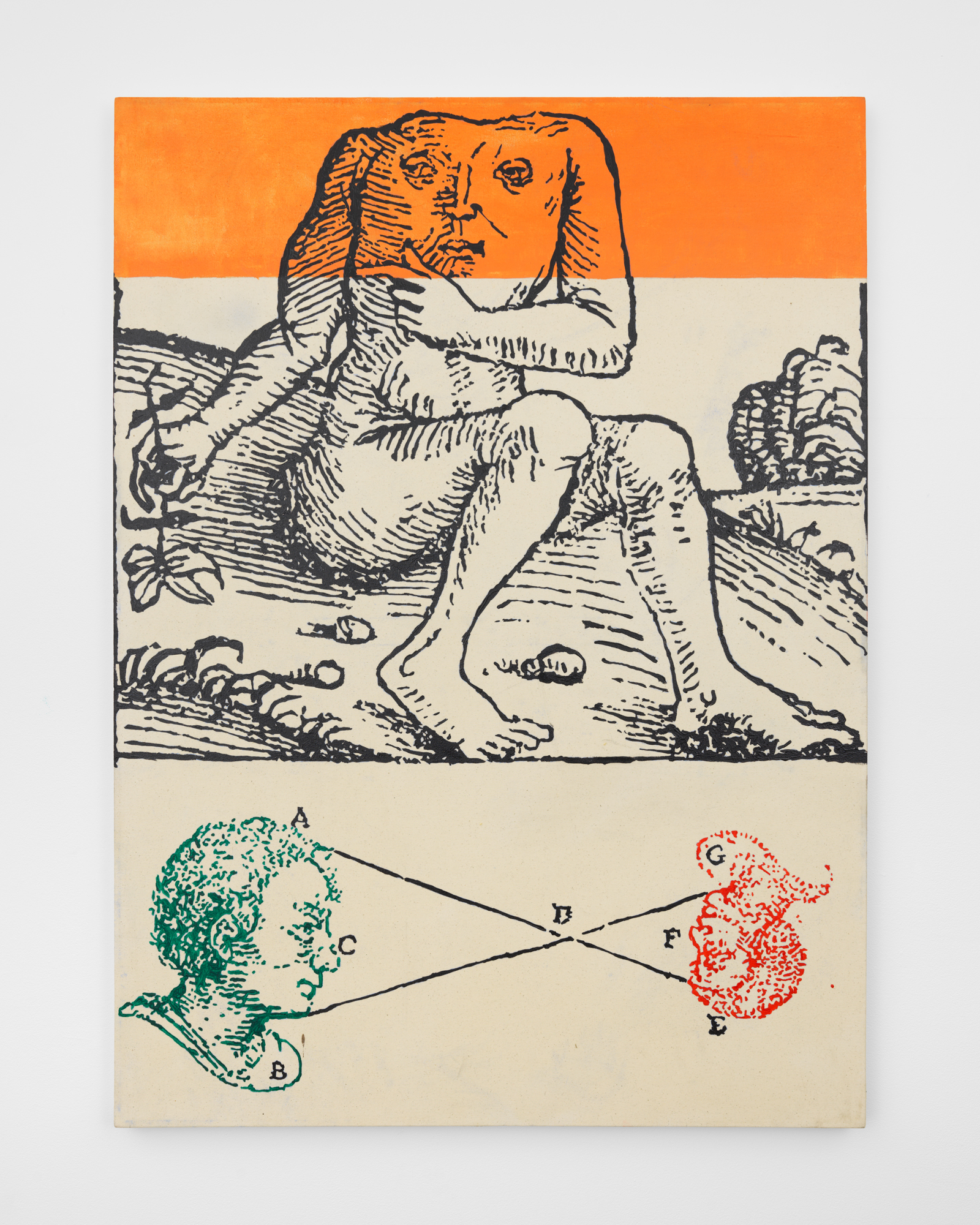 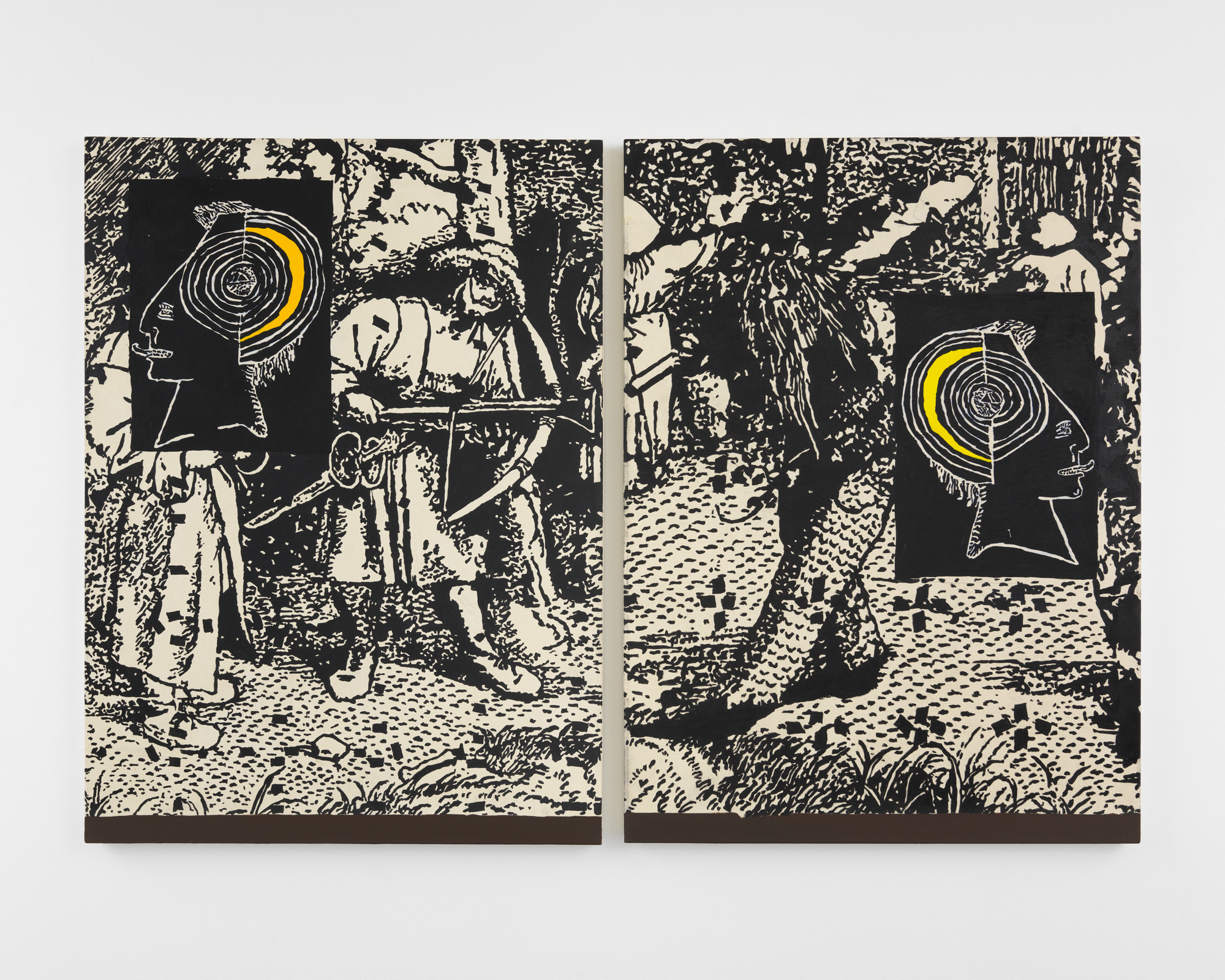 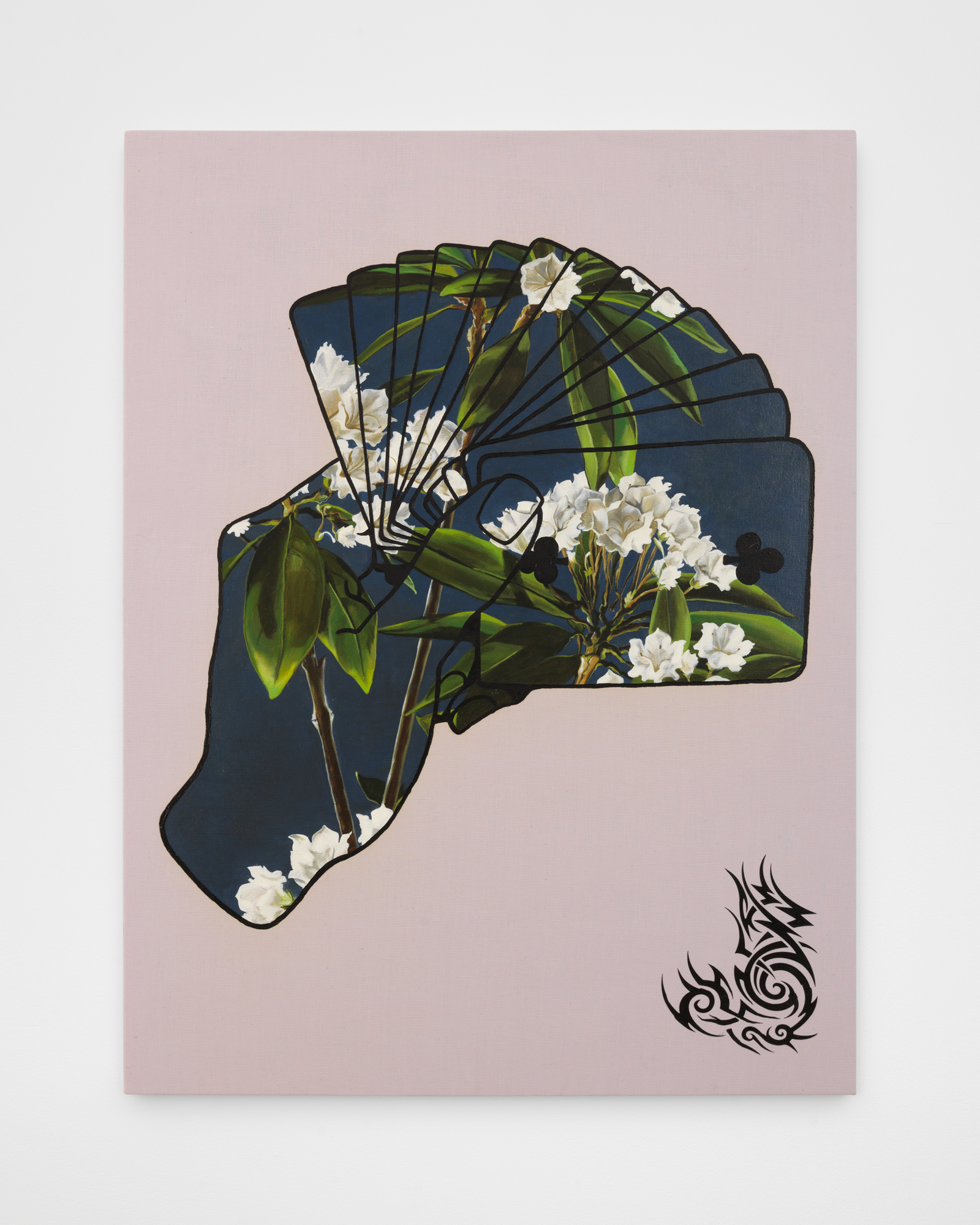 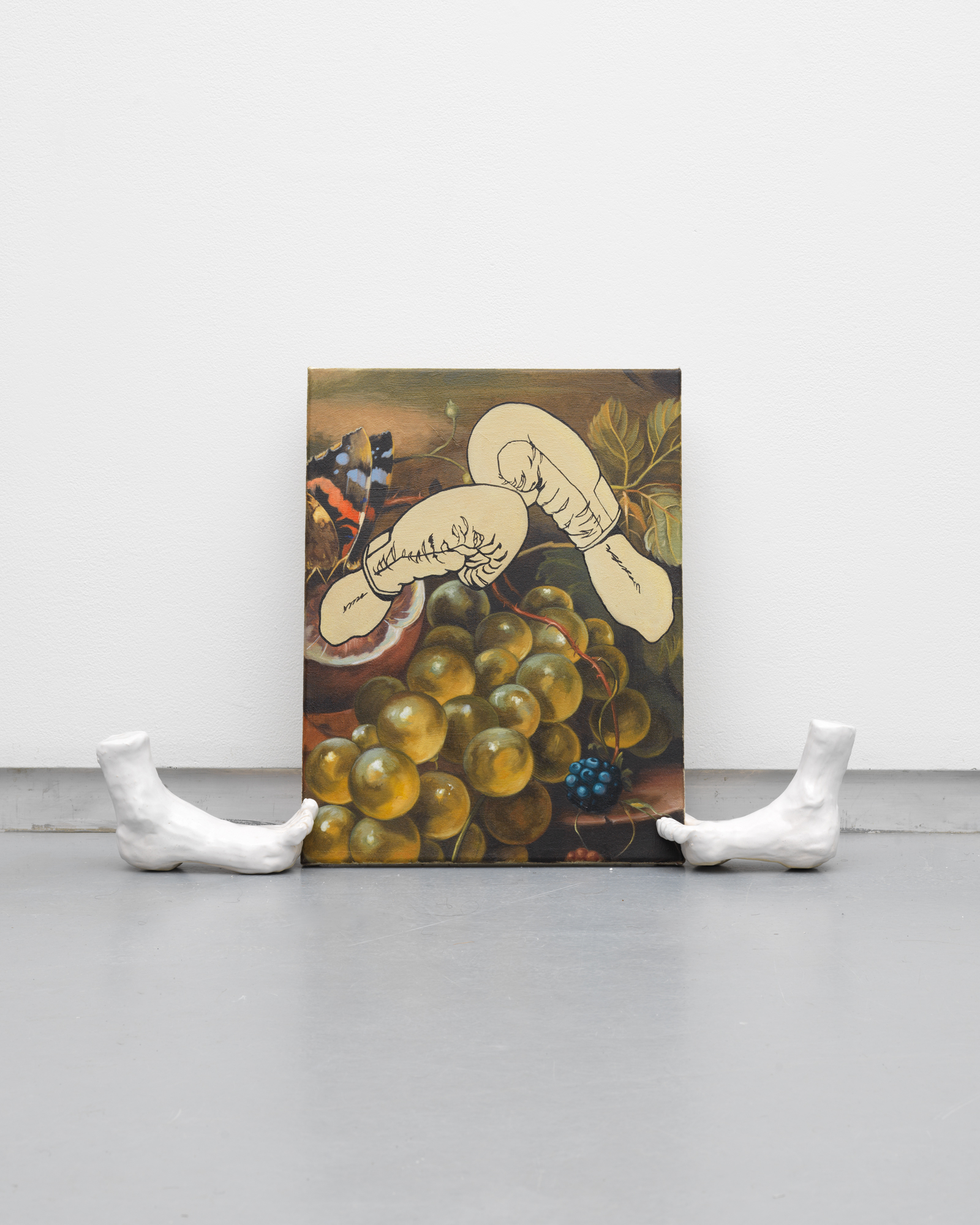 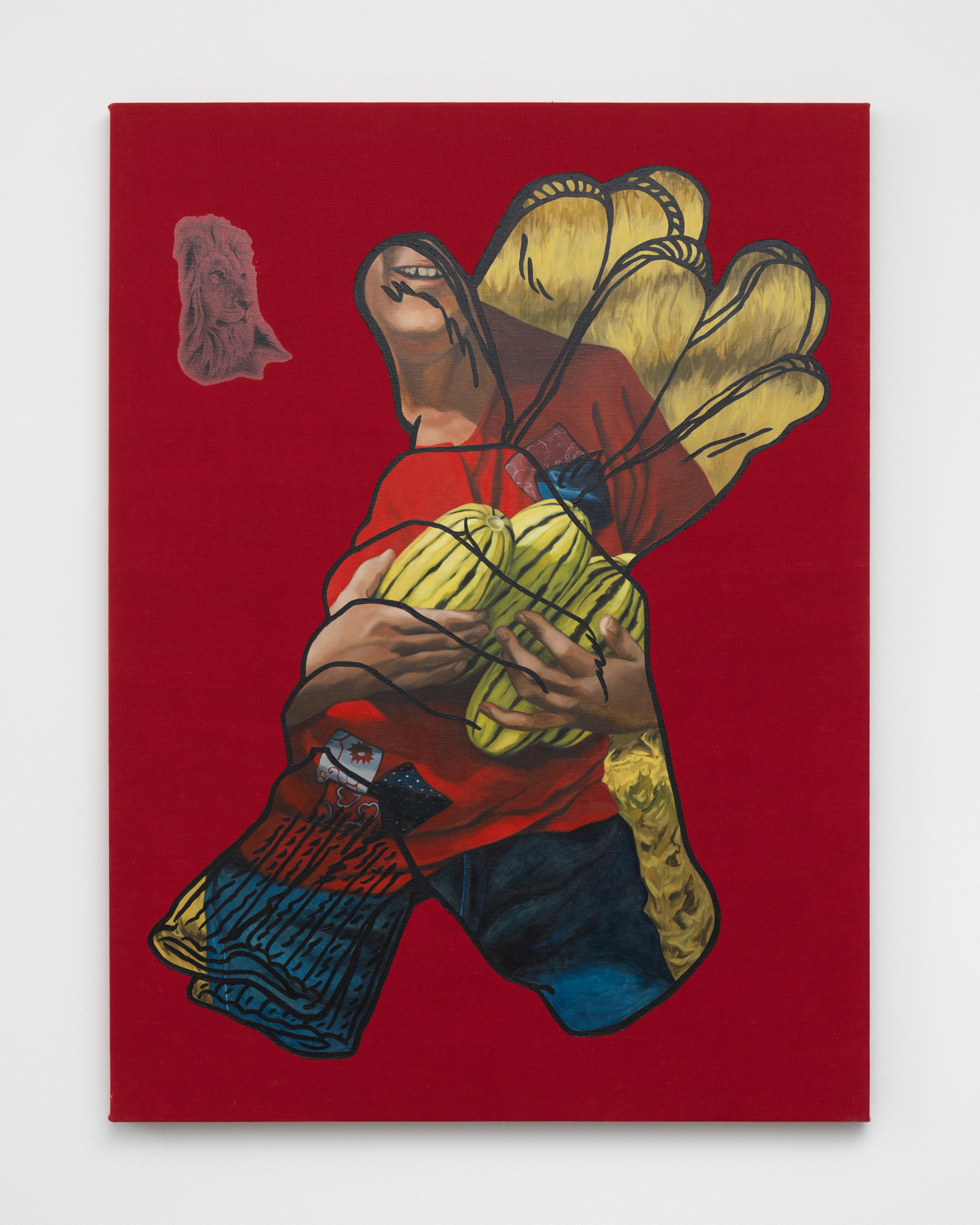 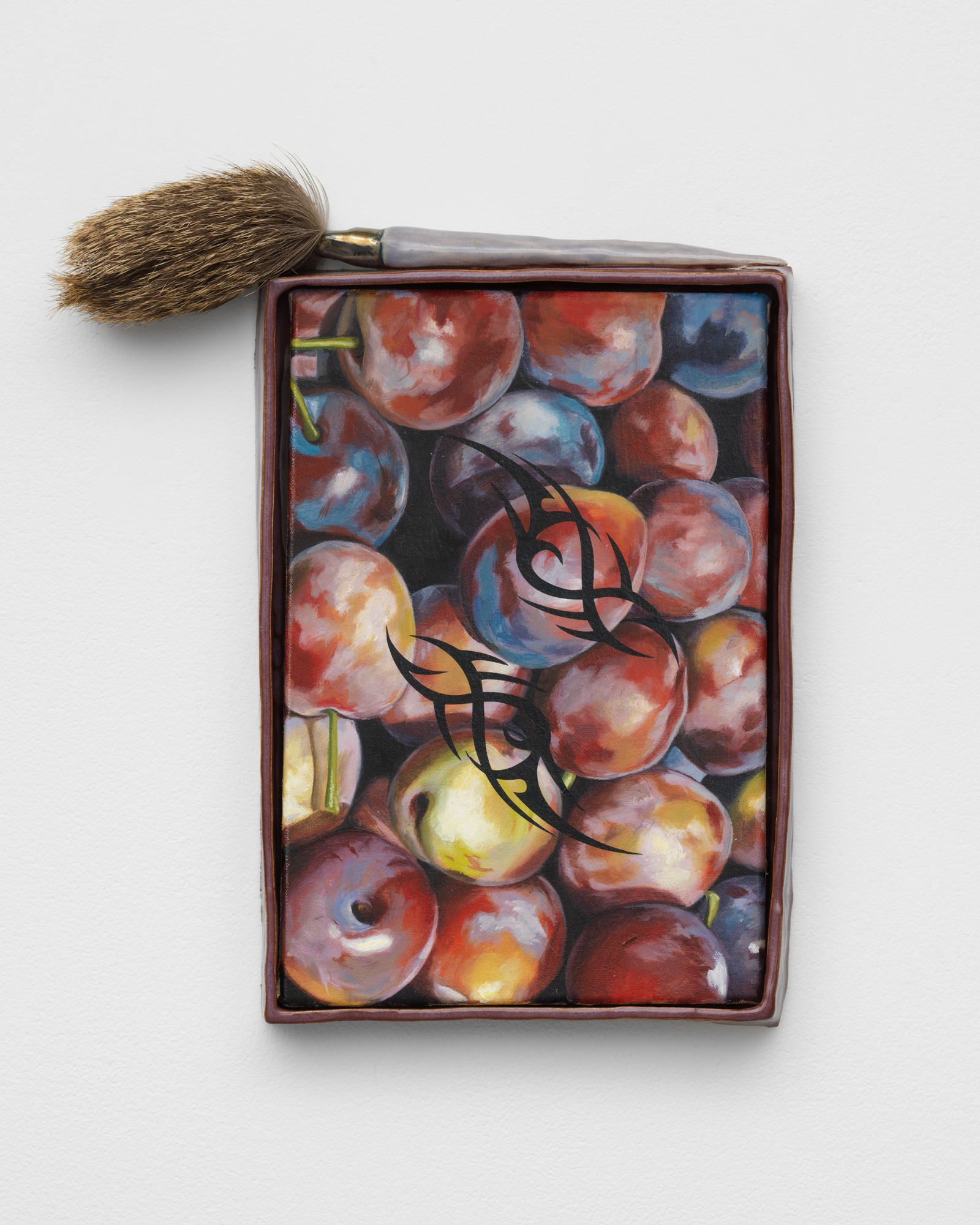 Thierry Goldberg is pleased to announce the opening of its new location in New York, with “When You Were Bloom,” a summer group exhibition featuring Keith Burns, Justin Cloud, Patrick Groth, Stephanie Hier, Irini Miga, Bridget Mullen, and Douglas Rieger.

Designed by Eric Bunge and Mimi Hoang of nArchitects, the gallery space is located at 109 Norfolk Street, just three doors up the street from our previous location on the lower east side.

The inaugural exhibition borrows its title from Bridget Mullen’s painting “When You Were Bloom, 2018 ”. There’s a stop-motion quality to Mullen’s repeated shapes, which reflect notions of recollection, as if one replayed a memory, in an effort to pinpoint exactly when things went sideways. They capture a certain contemporaneity, too, replacing Duchampian descending with flattened, distressed, and cartoonish figures moving non-linear directions, surrounded by ever-changing and uncertain footing.

Sharing a sense of caricature is Stephanie Hier, who often incorporates found online imagery as source material, incorporating within those illustrations, fuller and often incongruous representation. Untethered to depicting a single time and place, Heir’s canvases proffer the artist as arbiter, one who chooses from the deluge of images of which we’re constantly flooded, to reframe and critically examine selected juxtapositions.

Keith Burns, too, pulls in the occasional figurative reference—starkly outlined men’s clothes, praying hands that hearken to Albrecht Dürer—however his stormy compositions through which these reference points rotate, lean more towards total dissolution than salvation.

Patrick Groth, who, coincidentally, has also cited Dürer illustrations in the past, maintains a focus on the original historical explosion of reproducible imagery, recreating woodblock illustrations from the time of the printing press. Groth spoofs the then hope bestowed on a medium promising democratized information, suggesting that maybe what we deem rational and essential now won’t be as relevant to future generations as we’d like.

As if beamed from a future of infinite possibility, Douglas Rieger’s polished wooden works rebel against the rigidity of their base material, as the lumber droops and bulges alongside sizable striations of colorful silicone. Between affixed hanging chains that shift silhouettes during circumambulation, little pockets of space pop-up, revealing new orifices and hidden internal gems.

Where Rieger conjures elements of organic amalgamation, Justin Cloud’s hybrid sculptures are anything but human. Seemingly extreme, with their stylized welded seams and configurations that offer no obvious mount, the mixed media mash-ups also give off a playful vibe. Though currently parked in place, should they suddenly start moving autonomously, it’d probably be to do wheelies outside.

Irini Miga focuses on the physicality of sculpture and its ability to enable deeper reexaminations of the environments we inhabit on a daily basis. Where past arrangements of household items and installations of construction material fragments served as marks of performative action, here an everyday mop, a humble tool of erasure, is frozen in use, allowing the viewer a chance to appreciate a moment and object that might otherwise go ignored.

Douglas Rieger (b. 1984 Pittsburgh, PA)lives and works in Brooklyn, NY. He received an MFA from Yale University and a BFA from Virginia Commonwealth University. He recently had a solo exhibition at 1708 Gallery (Richmond, VA) and participated in a two-person exhibition at Helena Anrather (New York, NY) and a group show at 67 Ludlow (New York, NY). His work has been written about in ArtForum and Art in America.

Bridget Mullen (b. 1976, Winona, MN)lives and works in New York. She received an MFA from the Massachusetts College of Art and a BAE from Drake University. She has recent solo shows at The Lighthouse Works (Fishers Island, NY) and Annet Gelink Gallery (Amsterdam, NL). She has participated in recent group shows at DC Moore (New York, NY), Fisher Parrish (Brooklyn, NY), Skowhegan School of Painting and Sculpture (New York, NY), and The Active Space (Brooklyn, NY), among others. She was a recent recipient of the Sharpe Walentas Studio Award and her work has been written about in The New York Times, Art in America, Hyperallergic, and Maake Magazine, among others.

Irini Miga (b. 1981, Greece) lives and works in New York. She received an MFA from Columbia University and a BFA from the Athens School of Fine Arts. She recently had a solo show at Atlanta Contemporary (Atlanta, GA), and has appeared in numerous group shows including Neuer Essener Kunstverein (Essen, DE), Elizabeth Dee Gallery (New York, NY), the Drawing Center (New York, NY), Capsule Shanghai (Shanghai, CN), and Invisible Exports (New York, NY), among others.

Stephanie Hier (b. 1992, Toronto, ON), lives and works in Brooklyn, NY. She received a BFA from the Ontario College of Art and Design. She has had solo shows at David Dale Gallery (Glasgow, UK), Downs and Ross (New York, NY), Neochrome (Turin, IT) and Johannes Vogt (New York, NY). Her work has appeared in group shows at Bureau (New York, NY), Alt Esc (New York, NY), Plus One Gallery (Antwerp, BE), and Et. al (San Francisco, CA), among others. She was recently a National Finalist for the RBC Painting Prize and a recipient of the Shandaken Stormking Residency.

Patrick Groth (b. 1987, Boston, MA) lives and works in New York. He received an MFA from Yale University. He had a solo show at Laurel Gitlen (New York, NY), and was in a recent group show at CANADA (New York, NY) and Disturb the Neighbors (New York, NY). His work has been written about in ARTnews.

Justin Cloud (b. 1987, Wyoming) lives and works in Queens, NY. He receivedan MFA from Hunter College and a BFA from the University of Wyoming. He had a solo show at THIS Gallery in Wyoming, and has appeared in recent group shows at C24 Gallery (New York, NY), Pop Up Space (Brooklyn, NY), and Art Connect (Laramie, WY), among others.

Keith Burns (b. 1983, Long Island, NY) lives and works in the Bronx, NY. He holds a BFA from the School of Visual Arts, New York.  His work will be featured in the upcoming AIM Biennial at the Bronx Museum and it was included in exhibitions at The Experimental Space, LIC, NY, and Collective Consciousness, New York, NY