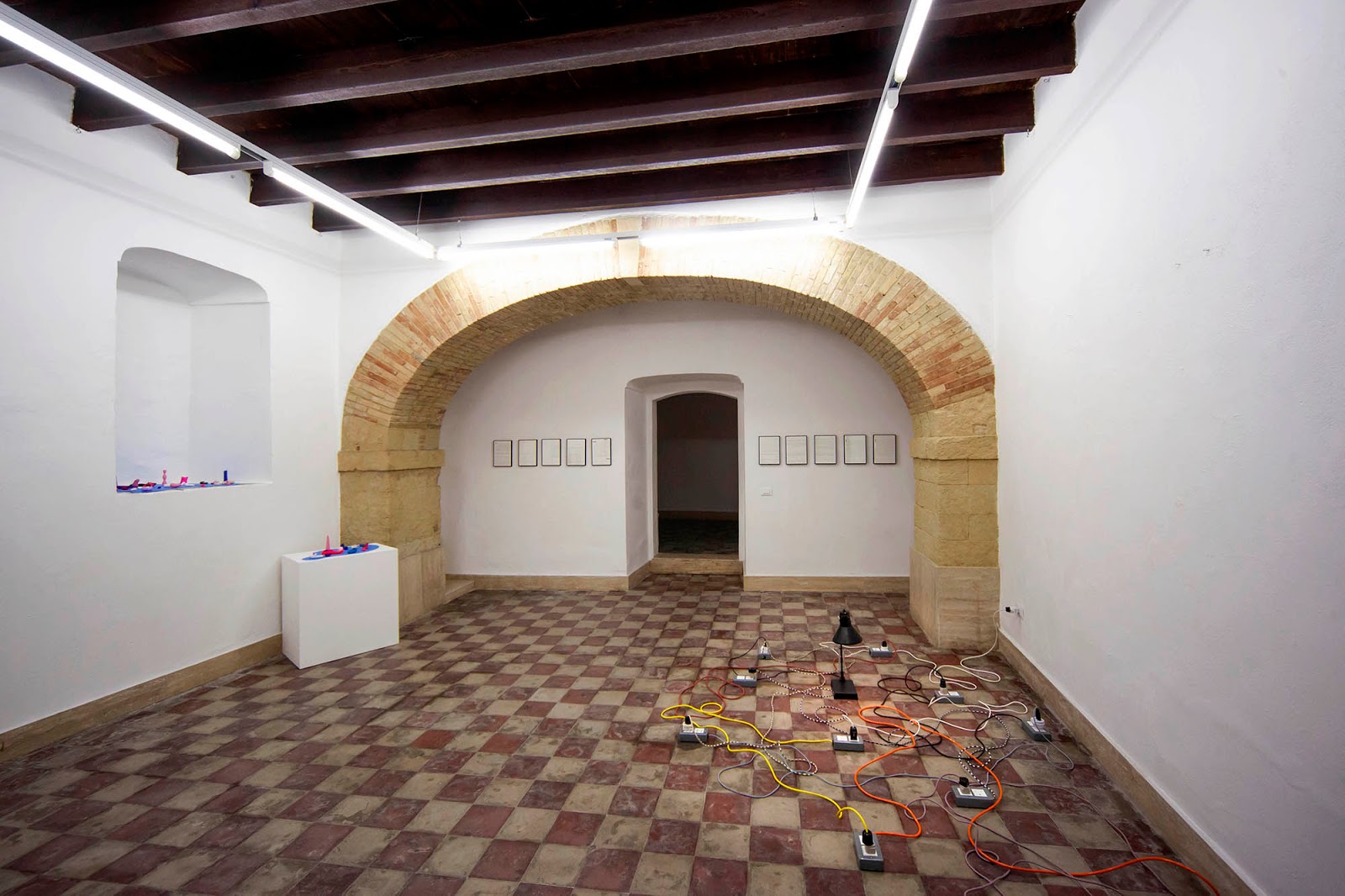 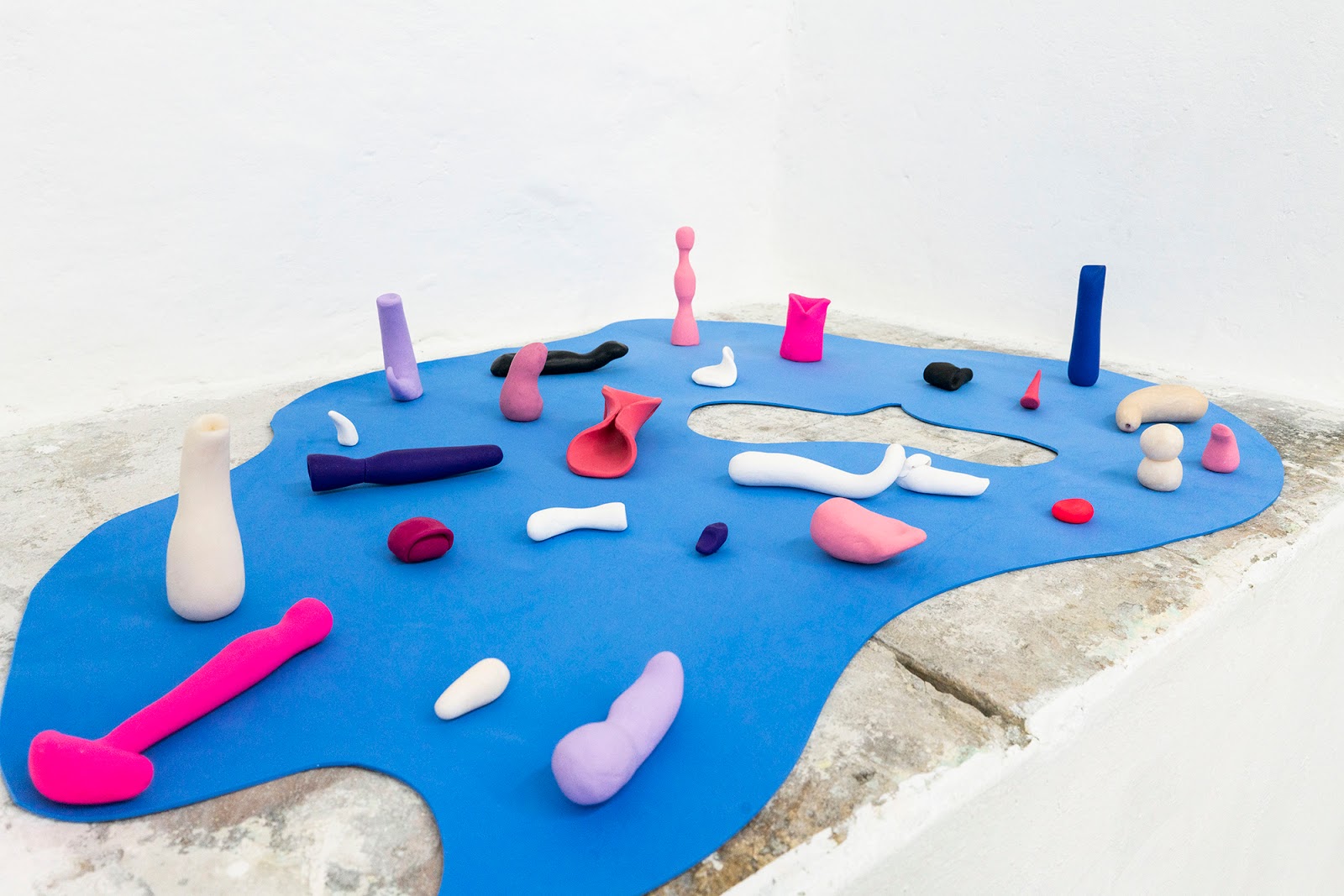 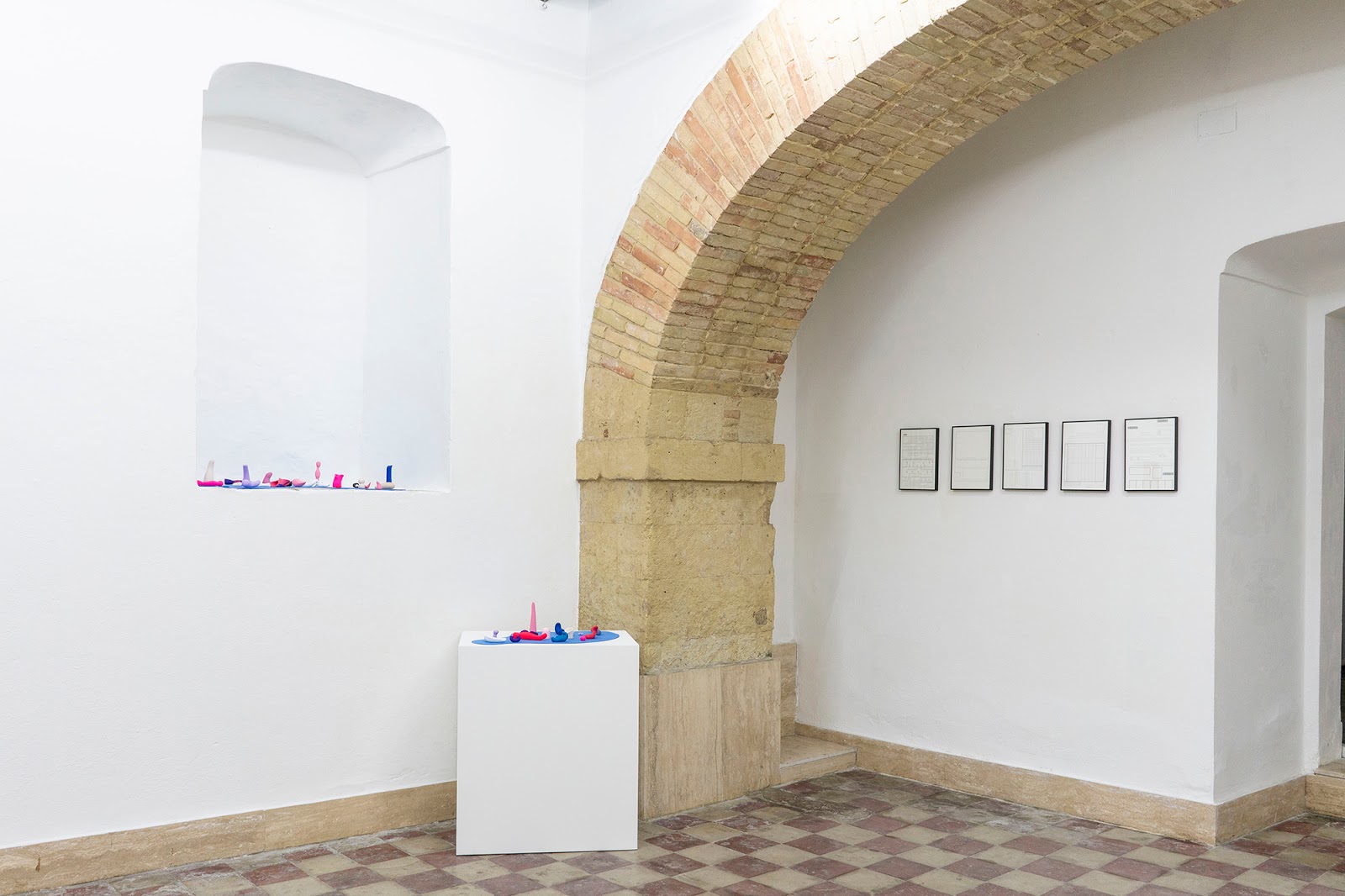 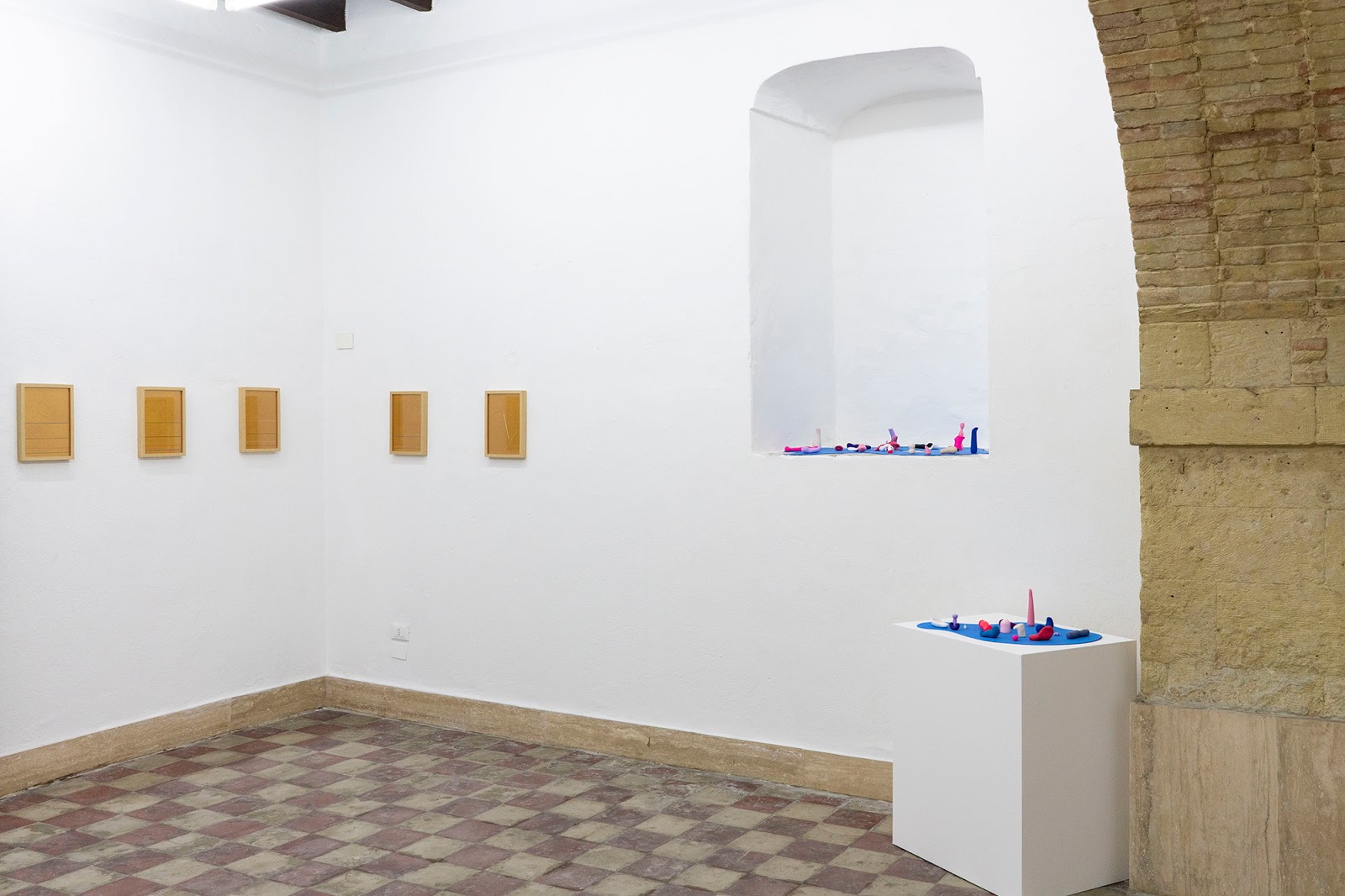 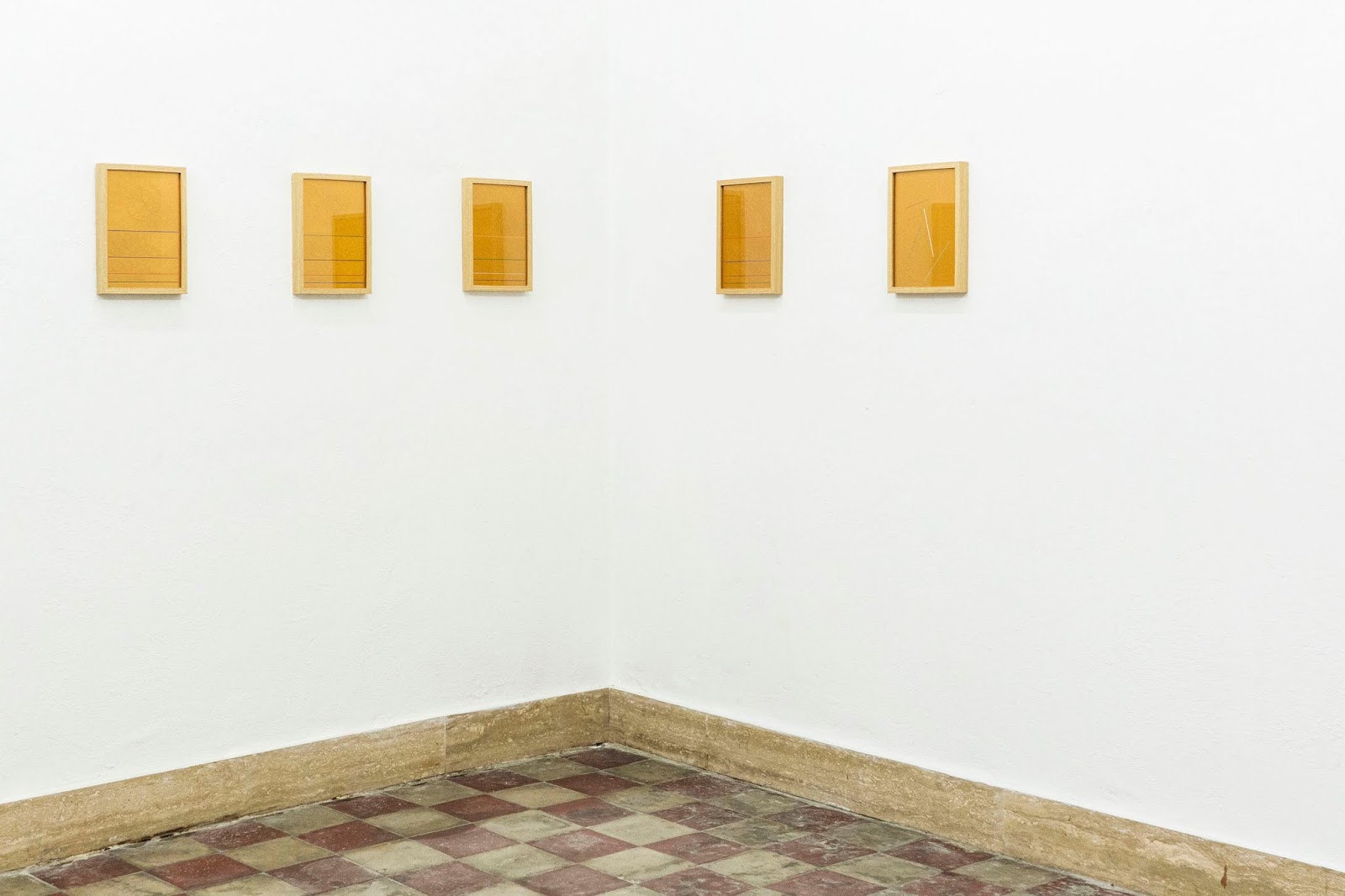 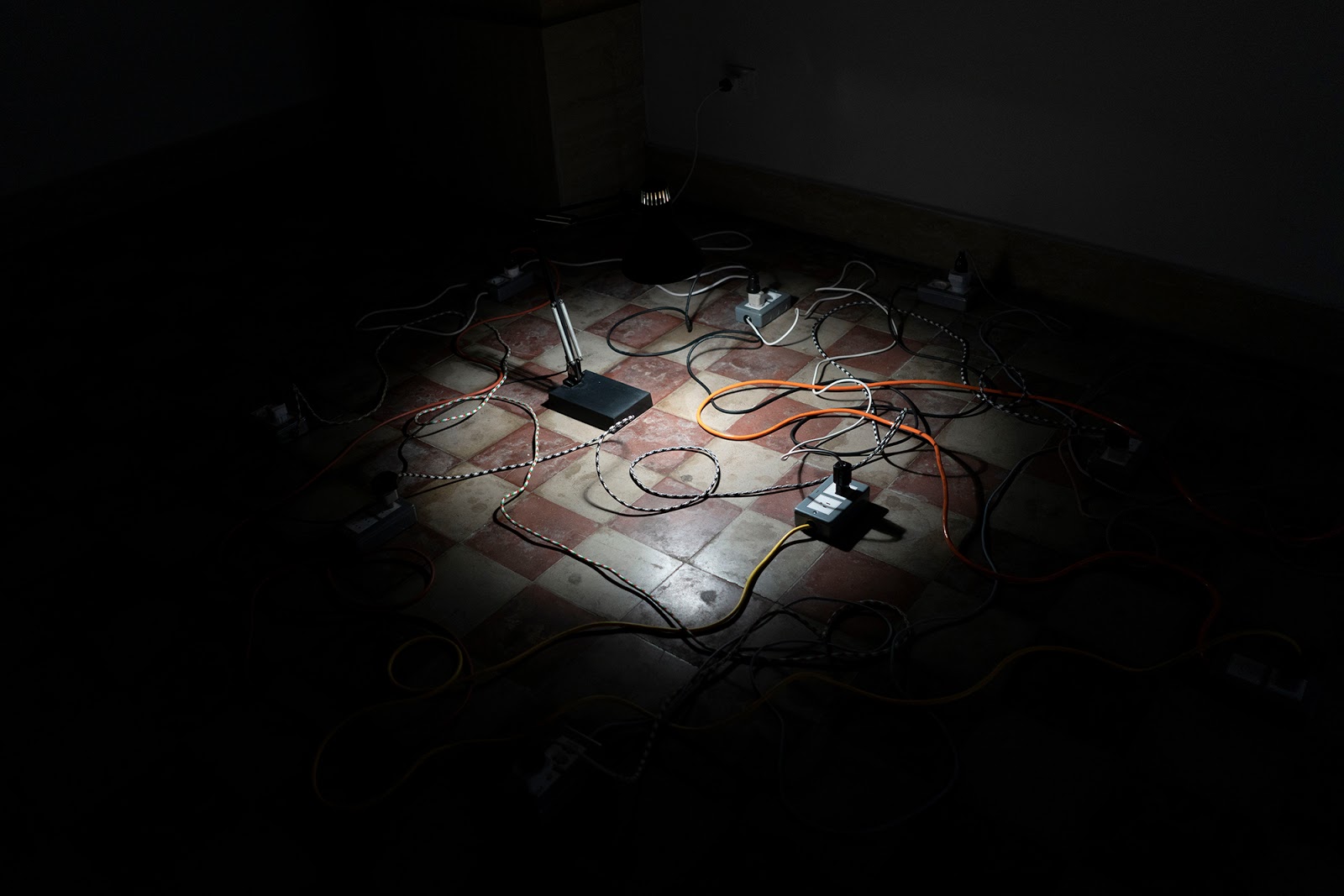 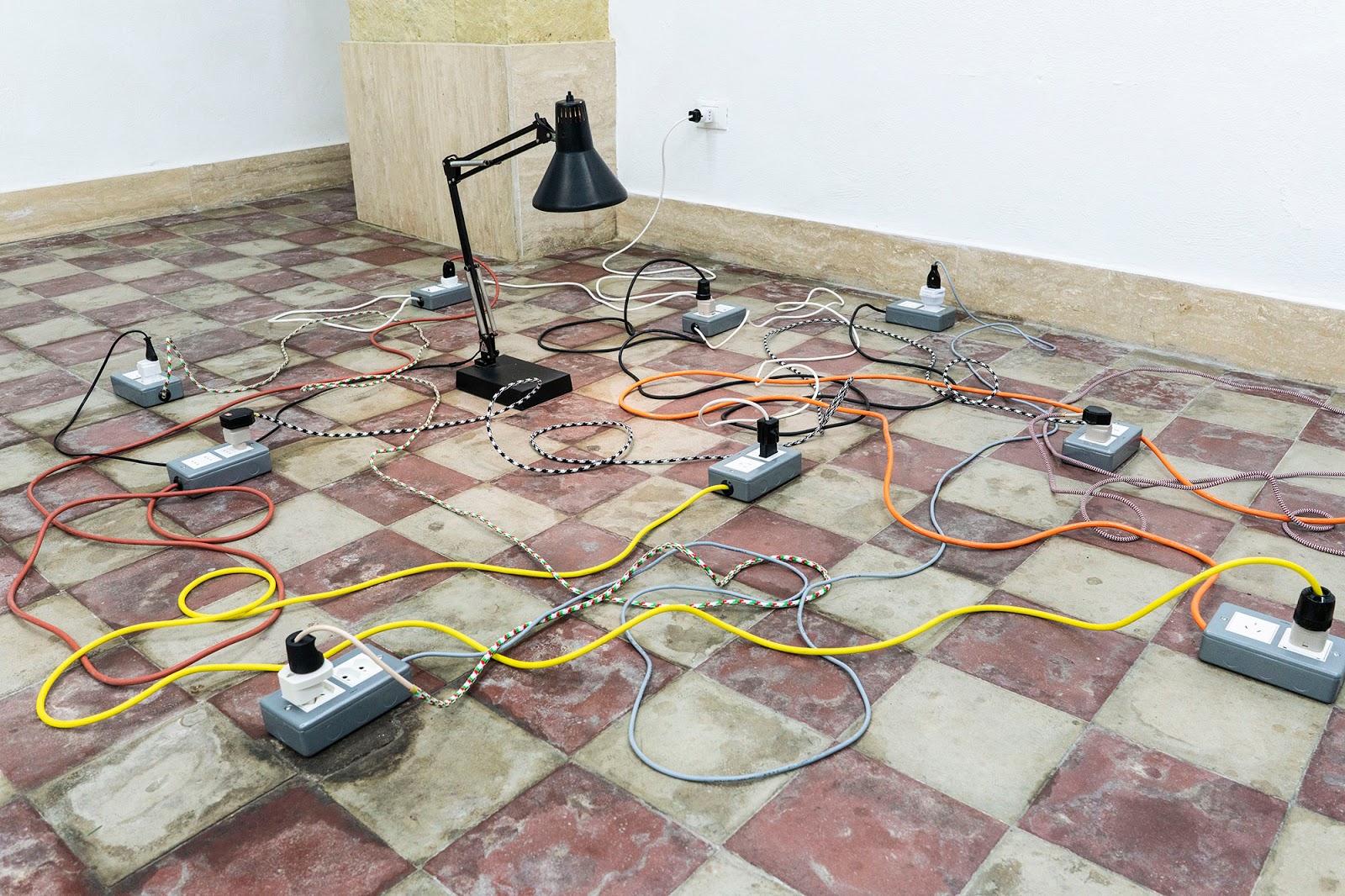 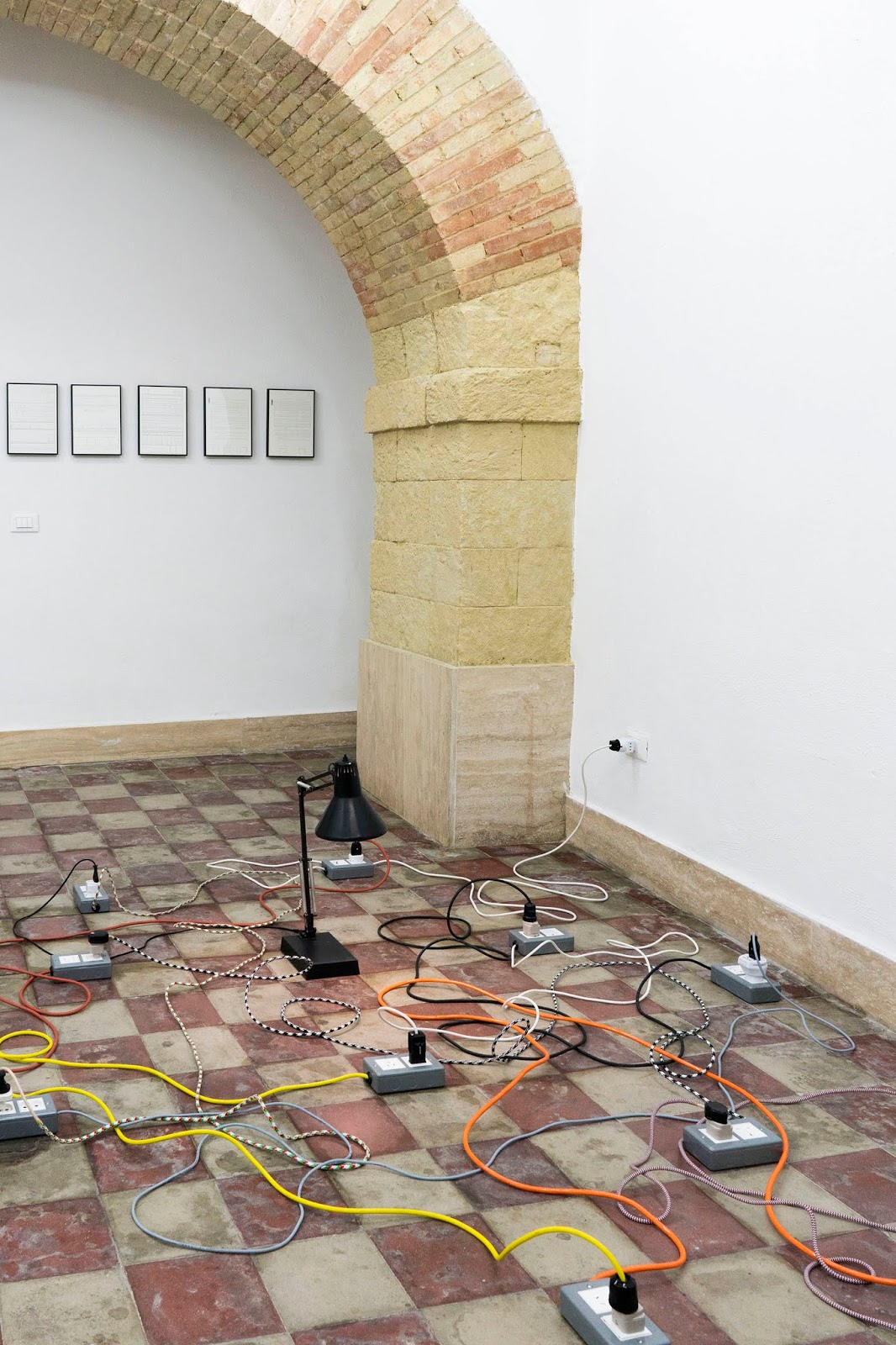 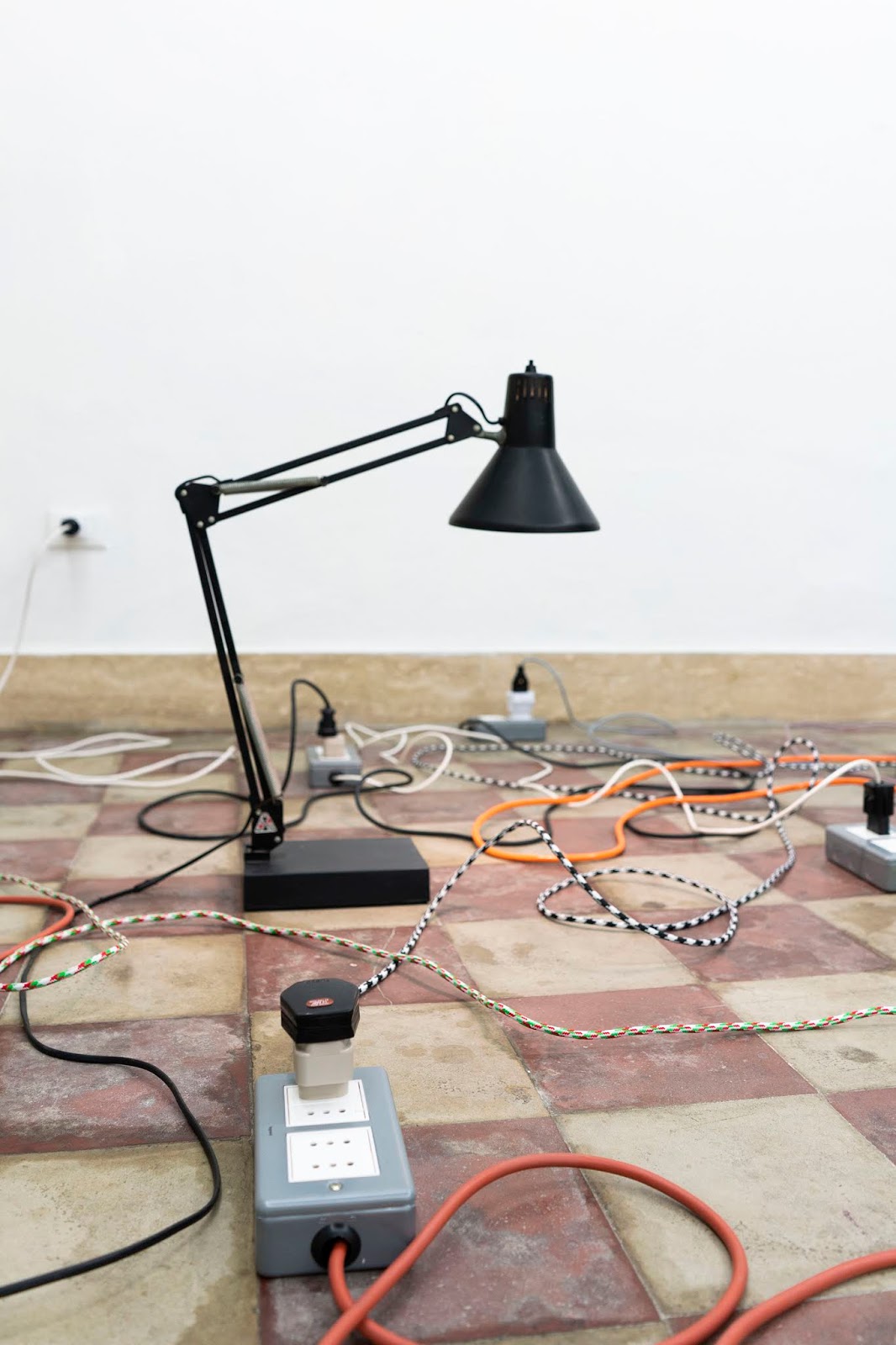 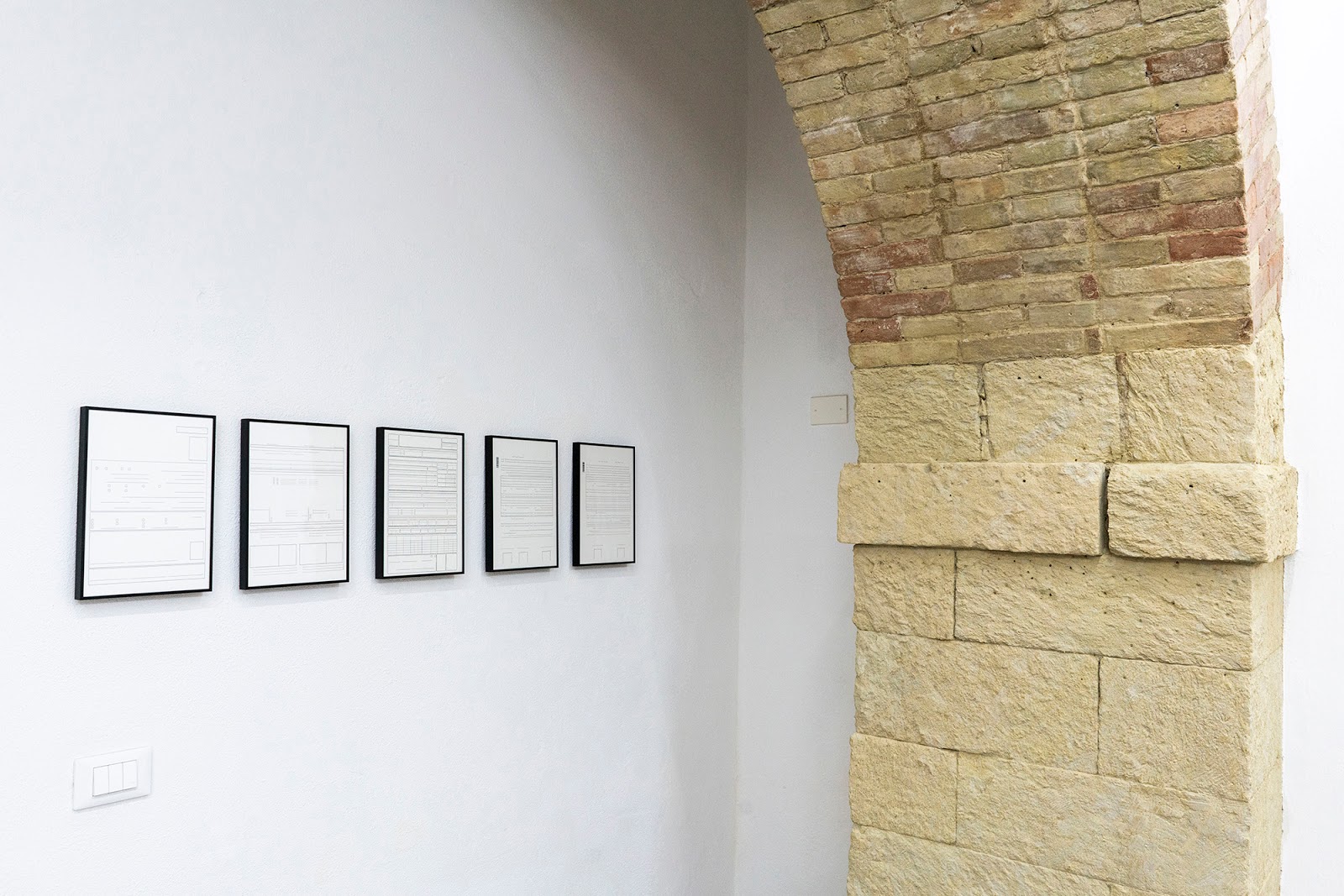 When globalisation and standardisation of life were imposed everywhere at the same time, many artists had already been questioning their environment for decades. Not only with metaphors or representations, but working directly on real objects and advanced production systems. At present there is no possible escape from globalisation or its messiah, the market. Free market, forced economic integration and ultra-rapid circulation of speculative capital have engulfed everything; the protocols, laws and dynamics of this global phenomenon are closing up more and more without any chance of choosing or leaving this bureaucratic griddle, which affects every single aspect of our life.
The work of art that Boris Groys defines as biopolitics tries to “produce and document life itself as a pure activity through artistic means”[1]. According to Foucault, biopolitics, a specific power technique used to control people's lives, works by stimulation rather than subjection or discipline (though as well). Thus this forms of visibility, or design, acquire an overwhealming prominence in our existence, where everything is aimed at accelerated, quantifiable and objectifiable productivity. In this context, “the production of capital coincides more and more with the production and reproduction of social life itself”[2], and there is no area safe from the market. We ourselves are a product and torced as such to present ourselves as desirable and functional anytime anywhere.
The works of art included in this exhibition are concerned - from different perspectives - with the standardisation of production and the aestheticization of the world that affect our daily life: from the biopolitical control of our existence, through the processes of serialisation of industrial production, to a voluntary standardisation of work processes. And in all of them parody is used as a tool to resist and question the imposed regulations.

Andrea Canepa investigates globalised bureaucratisation processes and how adapting to standards naturally entails the need to follow a certain set of rules. Through formal exploration exercises, her work, charged with symbolism, deals with control systems. A life in forms (2017) shows in chronological order the ten basic forms that we must fill in through our existence, from birth to death certificate. The artist deletes the data, thus leaving the forms stripped of their purpose. These bare graphic items just show them grids and cells, in a paradoxical and caricatural exercise of geometric formalism.

Our bureaucratised existence is reduced to the anatomic-metaphysical and the technic-political records through a whole set of rules (hospitals, schools, military, bank accounts, social security numbers…). The forms that the artist has put together exercise a thorough control of our body, without exclusions, in their physical and social activity. But her action deprives these documents of the power to register information and reduce the complexity of a human being to statistics.

Installed on the floor, IEC60083 gathers eleven different electric plugs the artist has been collecting around the world. The electrical infrastructure belongs to a previous historical period, in which each state organised itself independently, creating its own systems, voltages and regulations. Perhaps this is an eloquent image of the geopolitical barriers that men must go through nowadays, in a globalised and hyper-connected world that forces constant displacement. At the same time, it is an evocation of the Kafka processes any citizen in transit must go through. Both works relate the complex network of duties involved in the relation of the individual to its environment, and the need to adapt to the processes that control social life.

Eva Fàbregas’ video investigates industrial production processes in the design of objects that surround us, through an emblematic case study that revolutionised our domestic environment. The role of unintended consequences (Sofa Compact) (2016) is an animation based on the invention of the homonymous sofa by Charles and Ray Eames, which has not stopped being produced and sold all over the world since 1954. It is the archetype of non-artistic furniture of the new industrial creativity that keep off the "bourgeois" imitative styles of the past, to respond to new needs for comfort, contained costs and easy transportation, to reach customers around the world. It is the beginning of a process in which manufacturers gave increasing importance to aesthetics versus durability, adapting their products to their clients’ needs. Using the design as a framework, a multitude of models unfold that can easily adapt to all tastes and homes.

The soundtrack of the video reproduces the original announcement created by the Eames, at that time already aware of the importance of marketing. The video editing, with its sound and rhythm, confers a certain atmosphere of parody to it. Its loop images show how the homogenisation of the world through designed objects is based on the continuous distribution on a planetary scale, and the Sofa Compact appears as a viral entity that spreads through different “habitats”. The parody is used by the artist to emphasize the speed and irreversible change that this sofa symbolically embodies, as a seed for other global marketing phenomena.

Historical avant-gardes, even the most formalistic, promoted “a utopian horizon that kept the works of art away from being simple exercises of decoration and design”, as indicated by artist-activist Martha Rosler[3]. From then on, things got complicated and, in the current trans-aesthetic capitalism, no object, however trivial, escapes the intervention of design and its aesthetic make-up. Every product, from mobile phones to toothbrushes, emanates a whole series of considerations beyond its practical function, such as elegance, beauty, a certain cool factor, and an attractive personality. Nothing escapes being transformed into an object of design or decorative, to seduce and produce emotional effects that incite us to own them. This is well articulated by the dildos collection presented by Ariadna Parreu in her work Softporn (2016). The variety of forms, colors and textures of these objects exemplifies the weapon of mass seduction of the hyperconsumption capitalism that engulfs even the most intimate spheres. The artist, with a carnivalesque twist, mocks this process of industrial embellishment: she seizes functional as well as aestheticized objects, proposing collections of attractive shapes that are now deprived of their original function. At the same time, these objects elude industrial manufacture processes: they are handmade in plastic ceramics. Going back to design’s basics, to the craftsmanship of the workshop applied to a daily product, Parreu changes the logic of manufacturing and the exposure of these “products” removing their sex industry connotation, and transposing them into an almost infantilised design environment, in which they are just ‘nice toys’. Parreu thus deprives intimate objects of their connotations and makes them objects no longer of sexual but visual enjoyment. At the same time, they show that nowadays we need to “reject the idea of the absolute dissimilarity between art of creation and commercial arts”[4].

Obviously it does not mean that works of art have to compete with market objects, but we need to question, as a form of resistance, the productivity anxiety that surrounds us. Finally, along with these works that tackle industrial manufacturing processes, roles and functions, control over different aspects of production and individual, a selection of Puestas de sol (Sunsets) (2016) by Fernando García. It is a ritual series that reveals the slowness of the process, and requires the attention of both the executor and the viewer. García’s research entails the display of discarded materials, gathered by the artist at his place or during trips, which he studies and extracts in an exercise of repetition of successive forms to reach as many results as possible, and its main feature is the absolute creative freedom. Apparently this modus operandi collides with the works presented here. It is a serial work conceived as an exercise of meditation over his work, and based on almost mechanical work, in a production system that leaves little room for error, chance and imagination. Here everything is previously decided, there is no need to think, you just have to execute, simply do and repeat, and keep going, until an unexpected spark unfolds a new series. The drawings that are exhibited respond to a sequence of orders that the artist has elaborated and that he strictly follows during the execution. It replicates the modus of a blind executor, but always adding small, subtle variations that make each work on paper unique.

So it is about items, personal and standardised at the same time, a contradiction that is sustained by the explicit parody that characterises all the works exhibited. Parody, unlike fiction, remains at a distance from the real object it tackles; it is so realistic that it fosters an attentive questioning of what surrounds us. The urgency lies in unveiling and counteracting the globalising flow that have engulfed and convinced us that what counts is ‘being and owning’, instead of ‘creating and transforming’[5]. The will to create and transform as many times as necessary, until the items are no longer countable and replicable, must be reinstated because what is personal should never be standard.
[Beatriz Escudero and Francesco Giaveri]