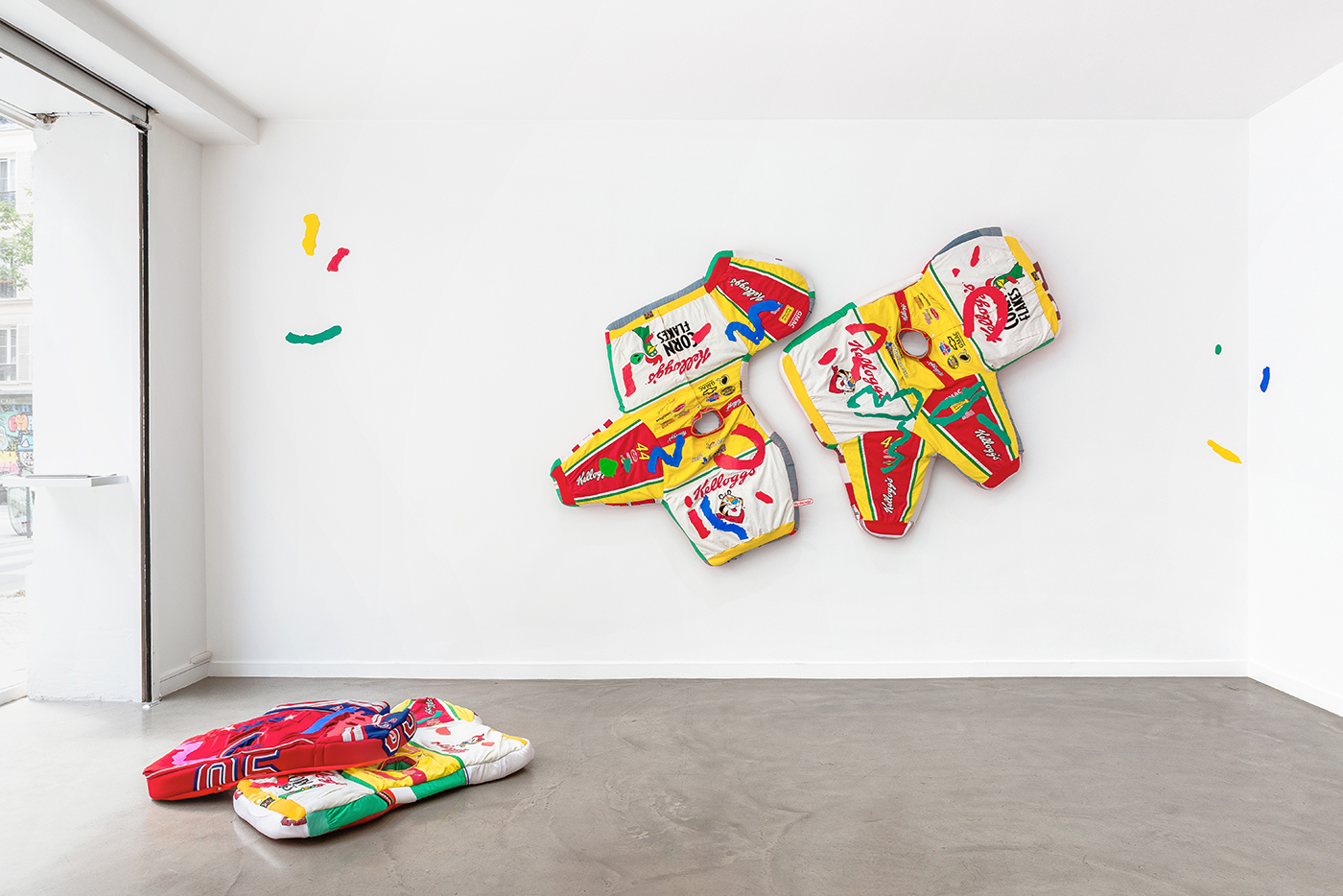 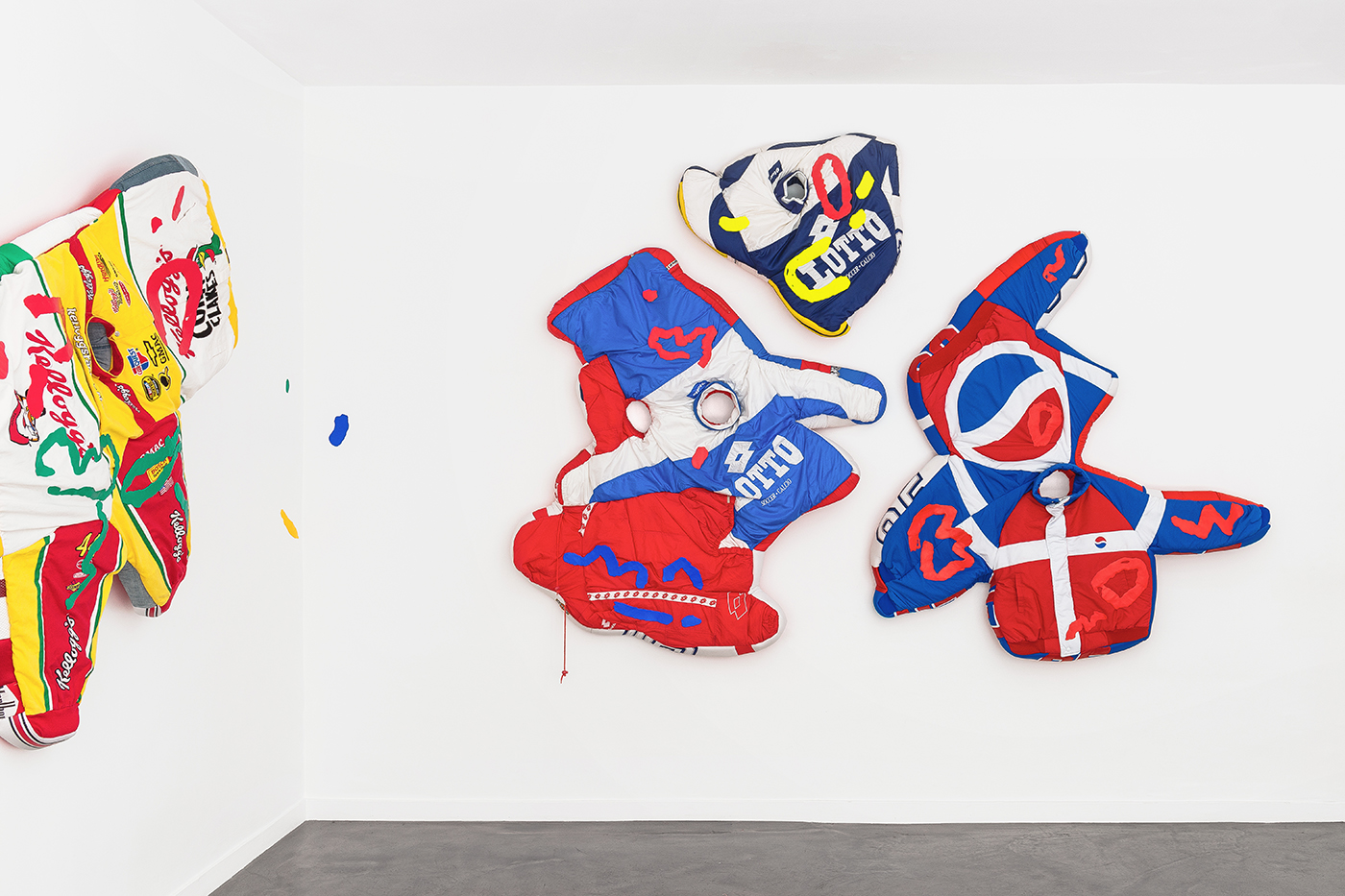 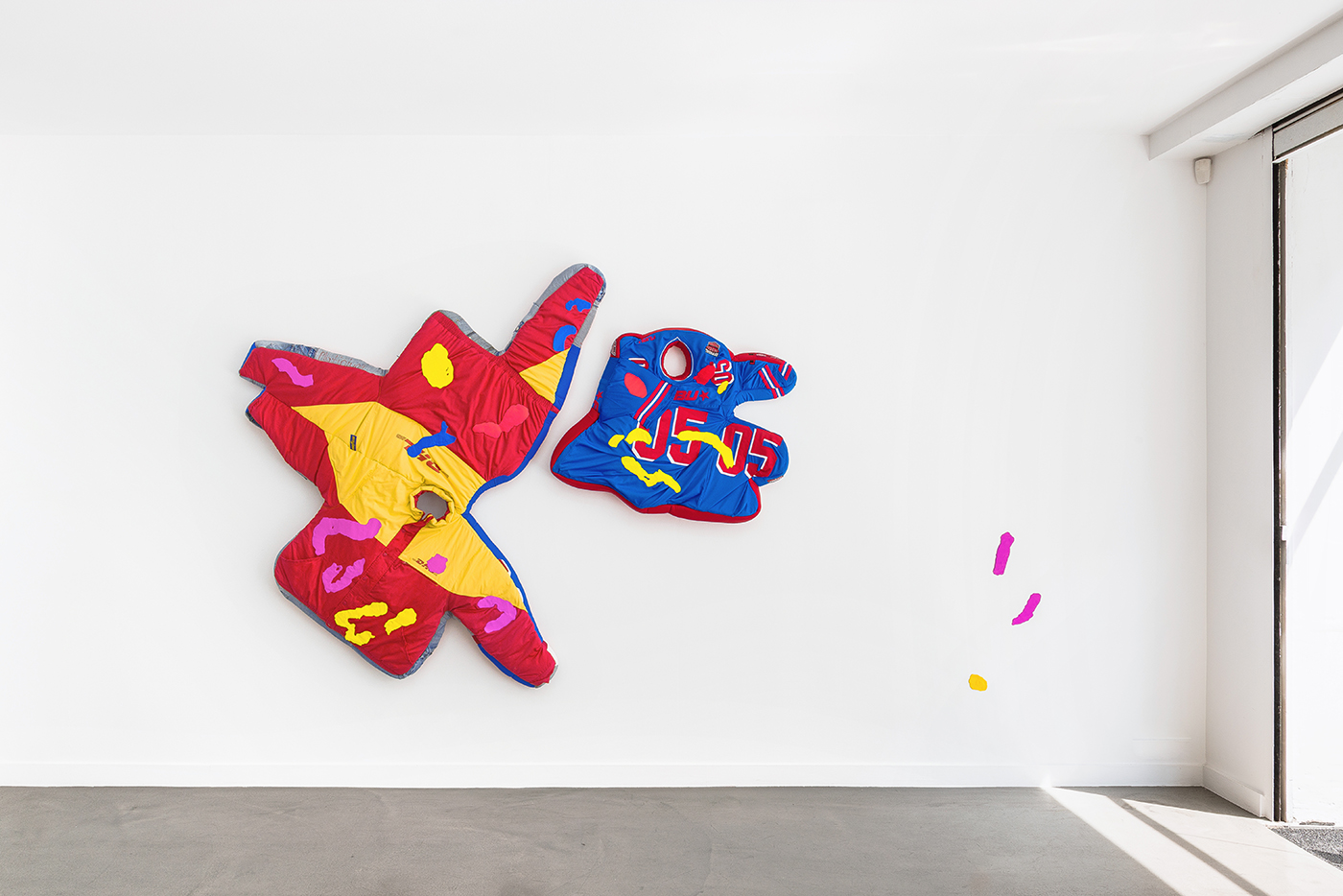 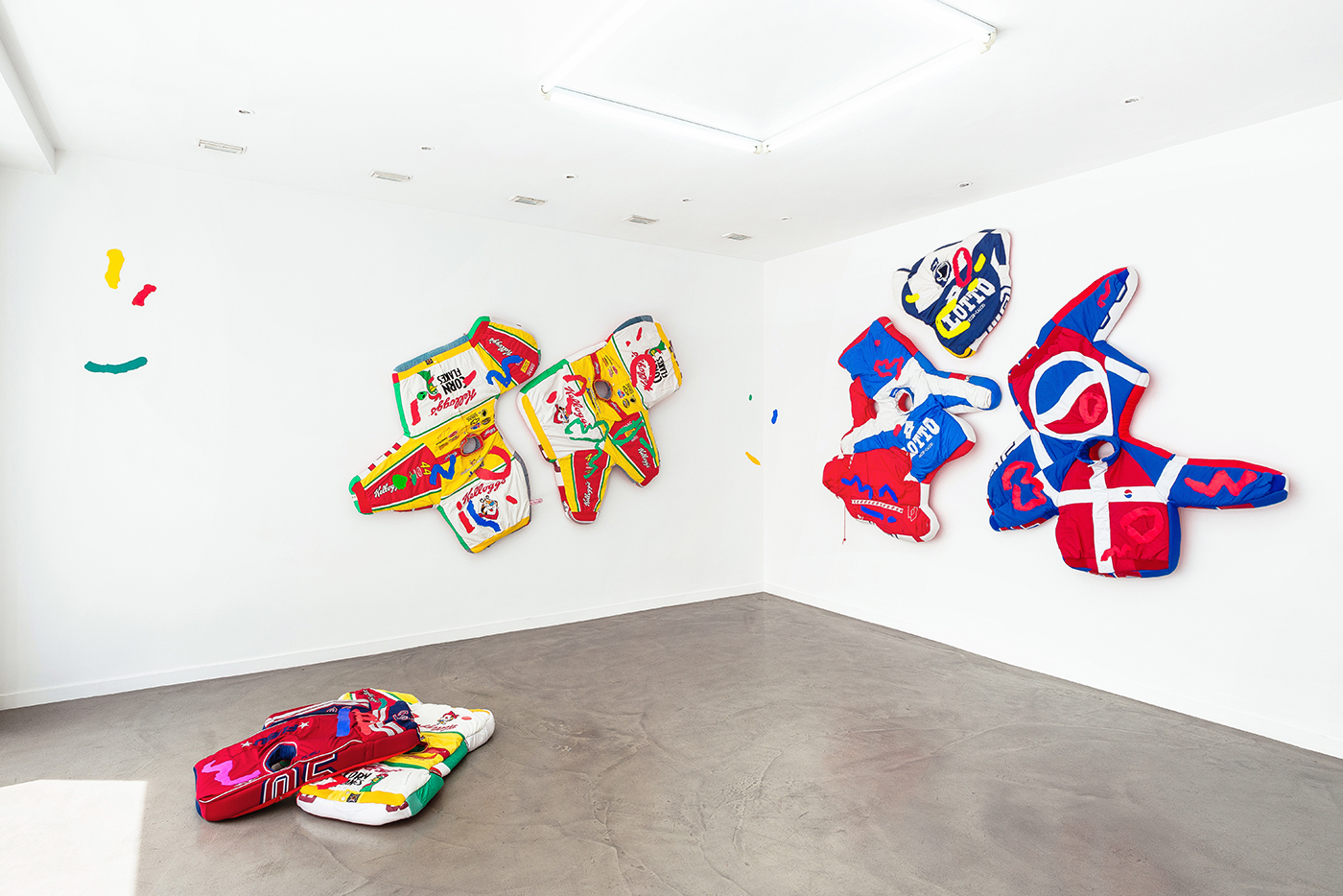 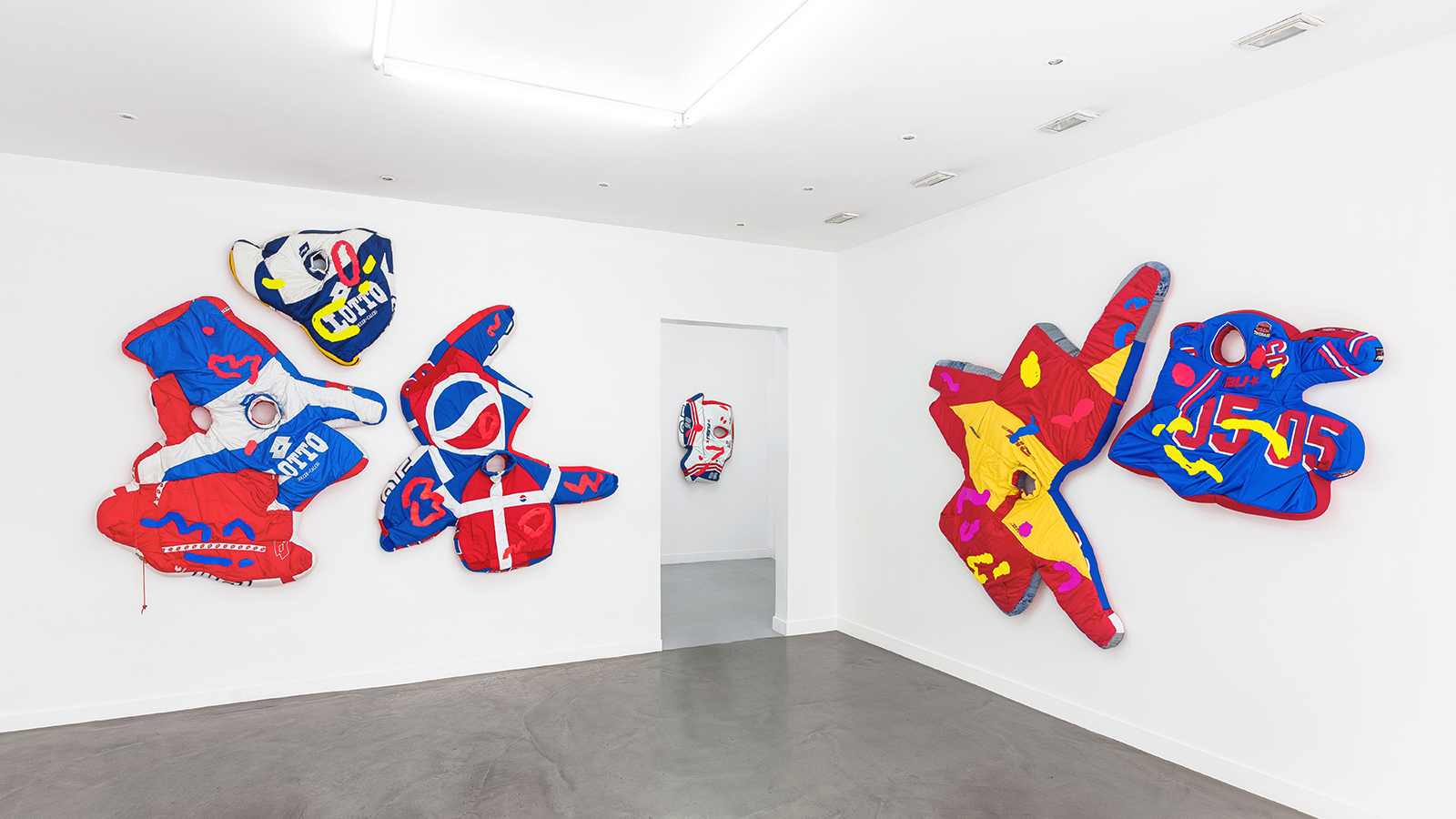 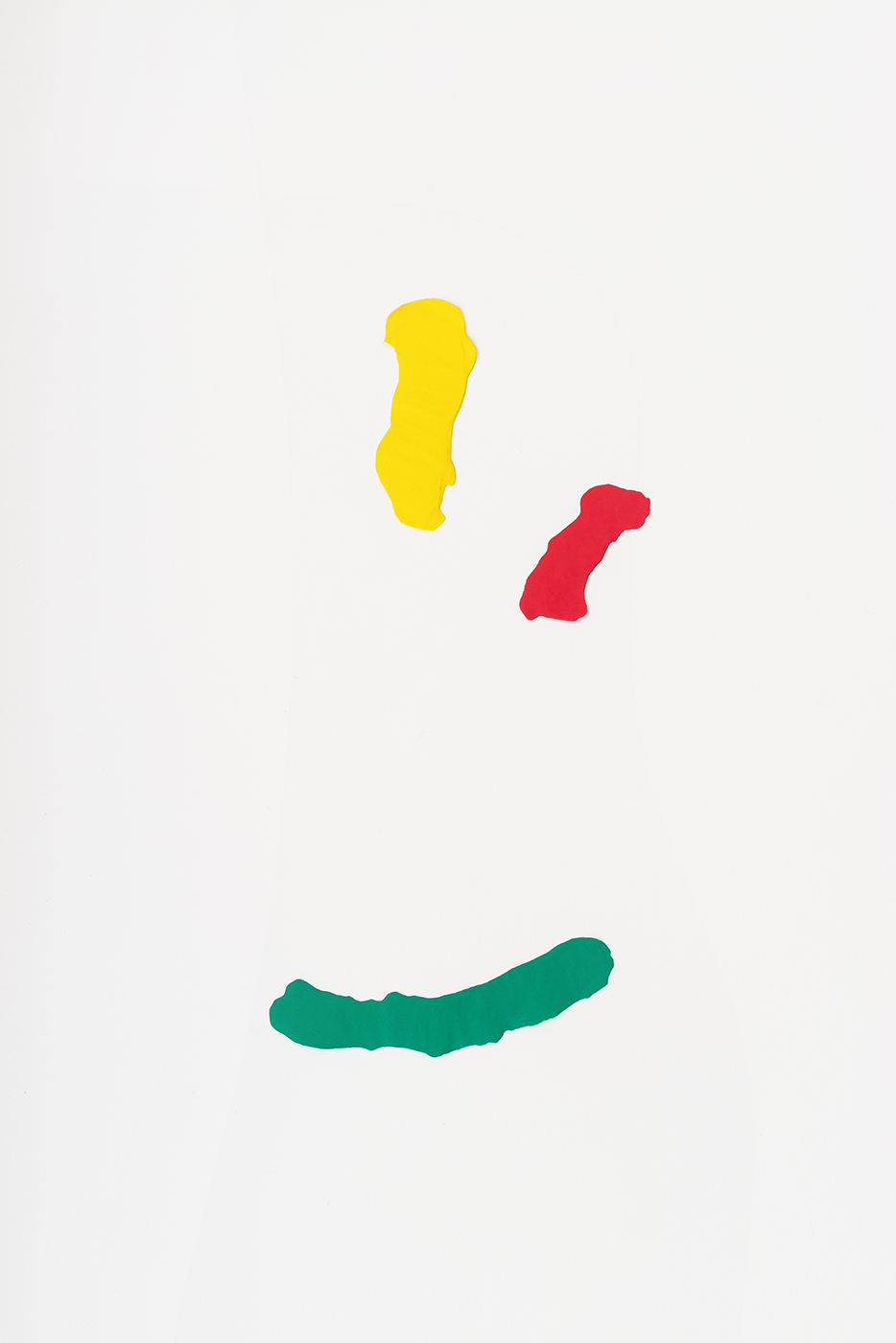 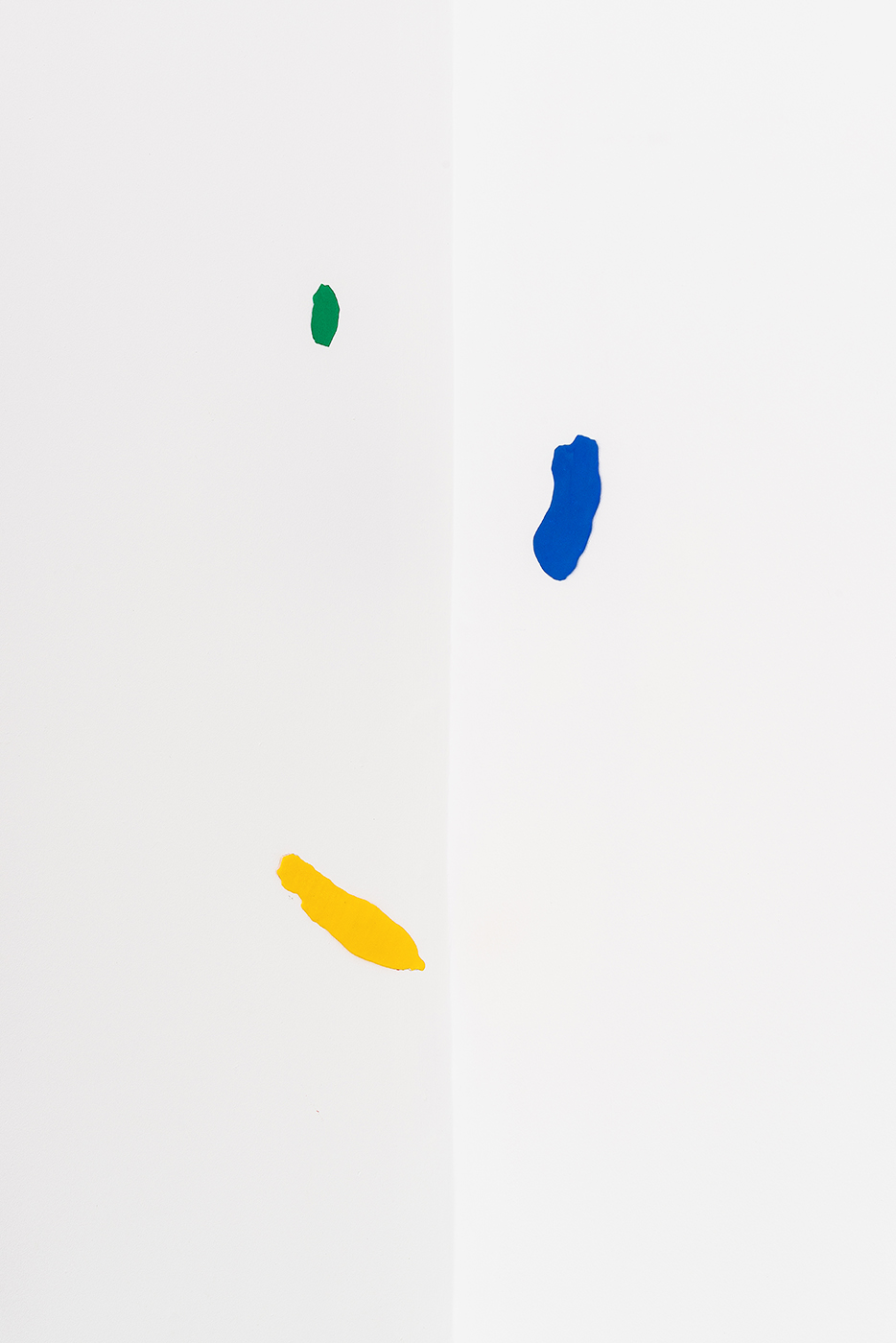 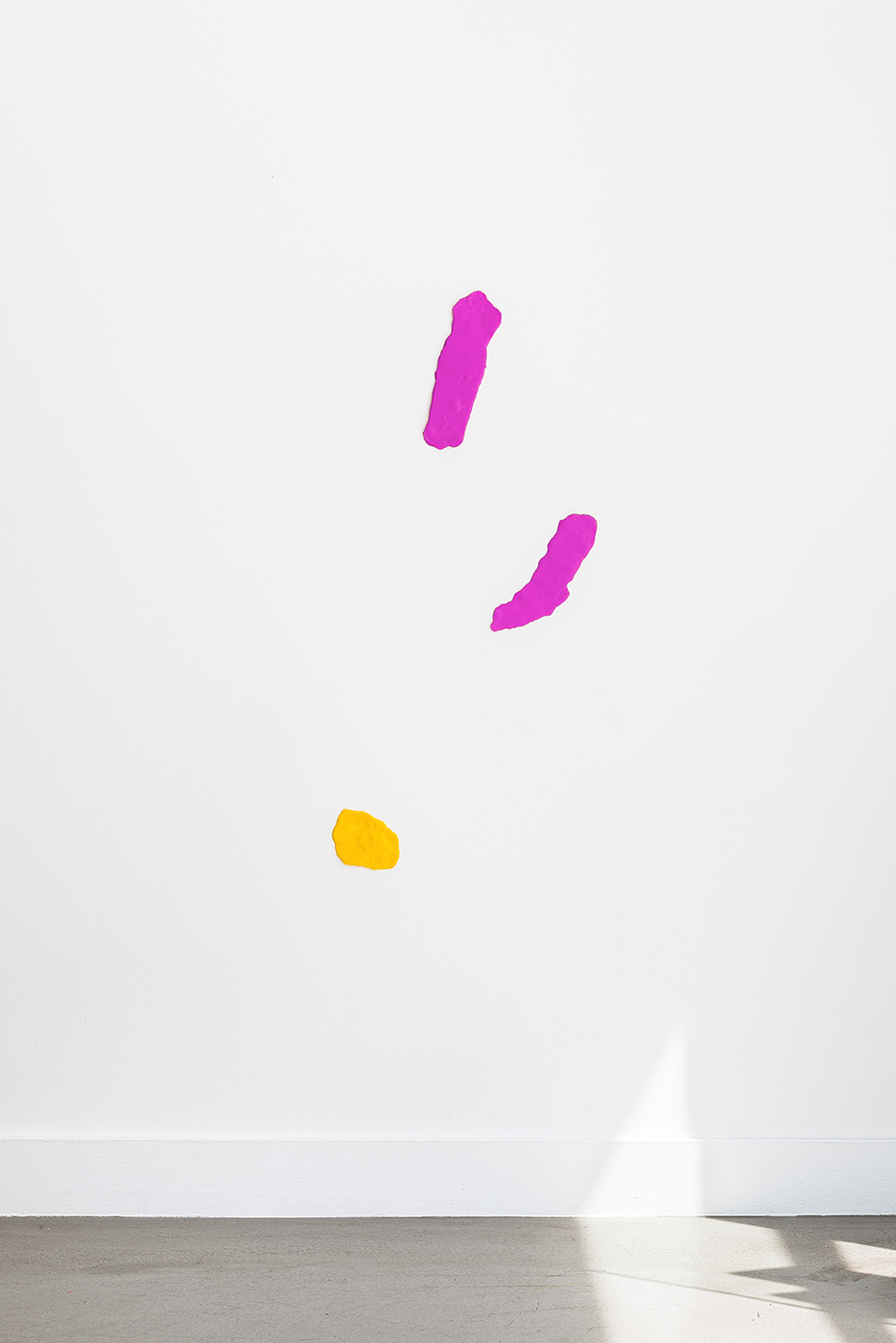 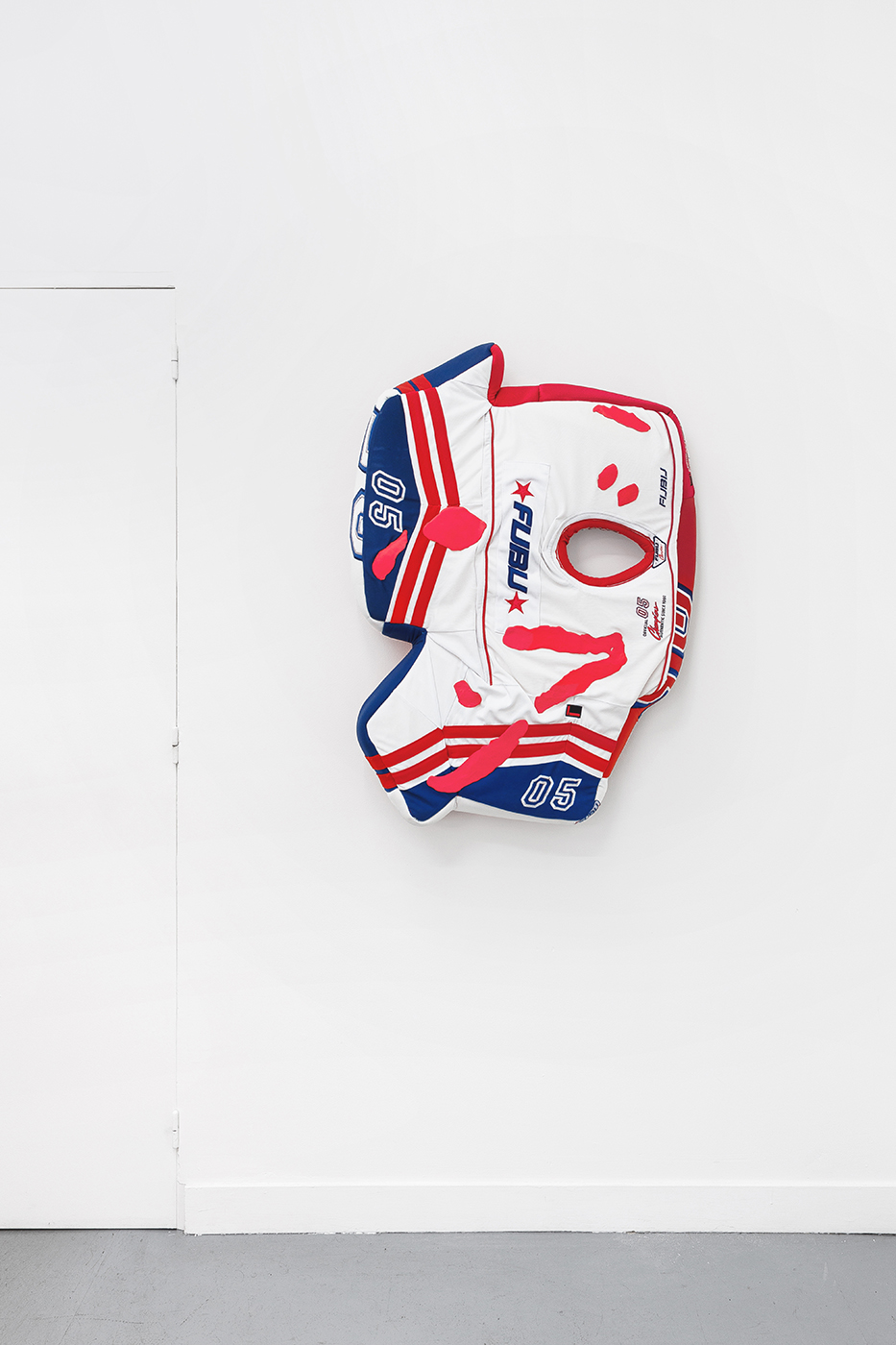 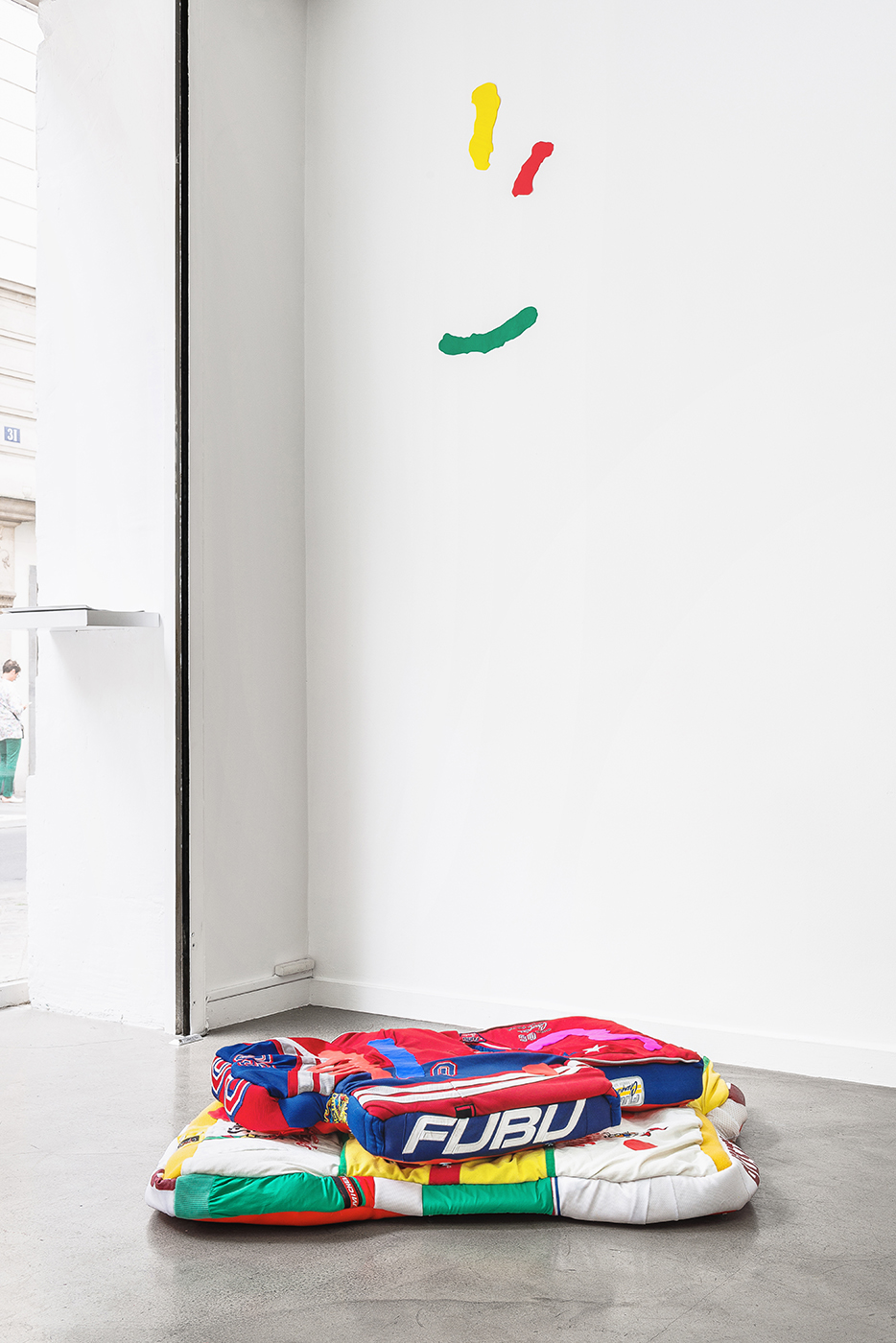 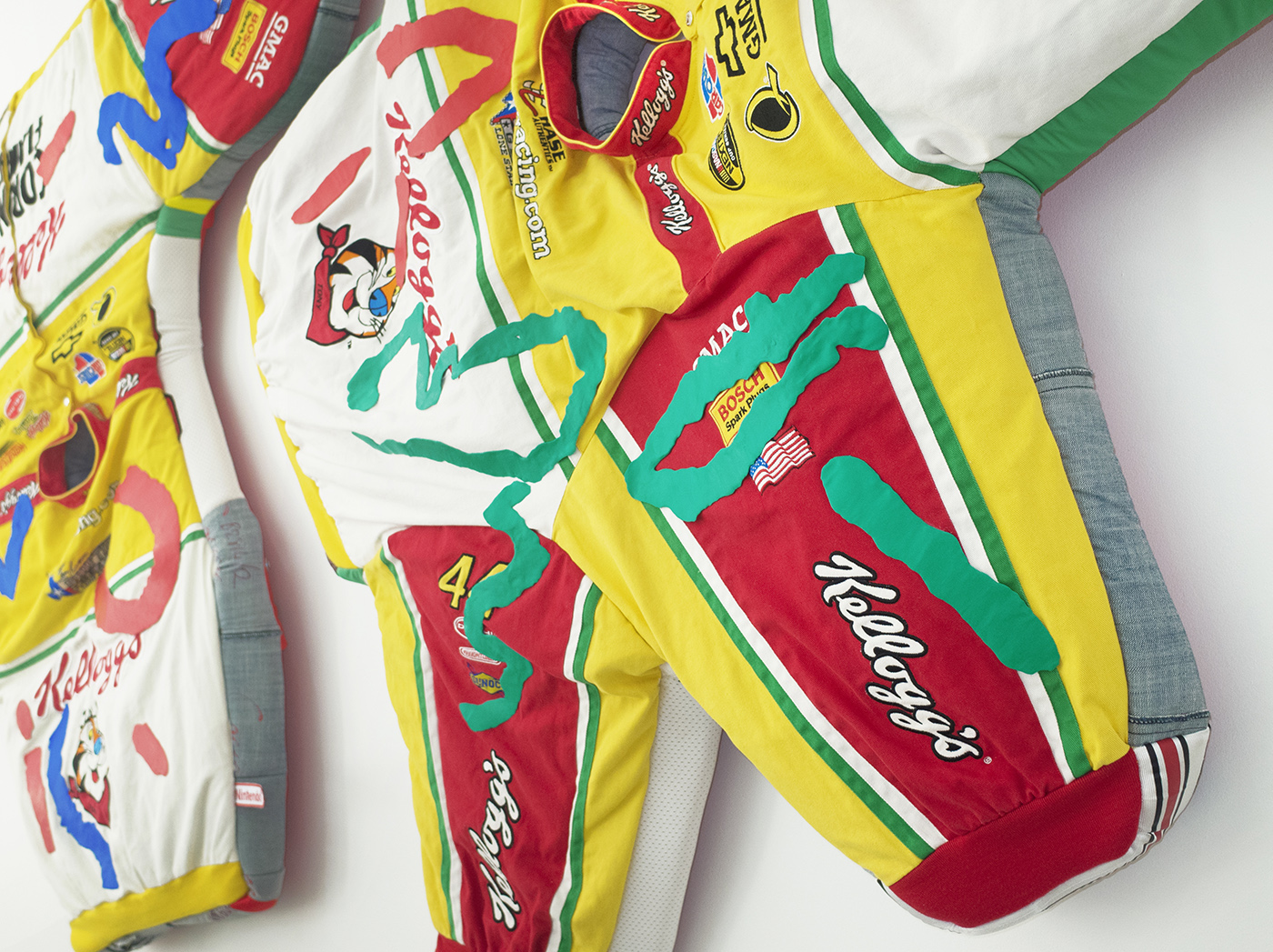 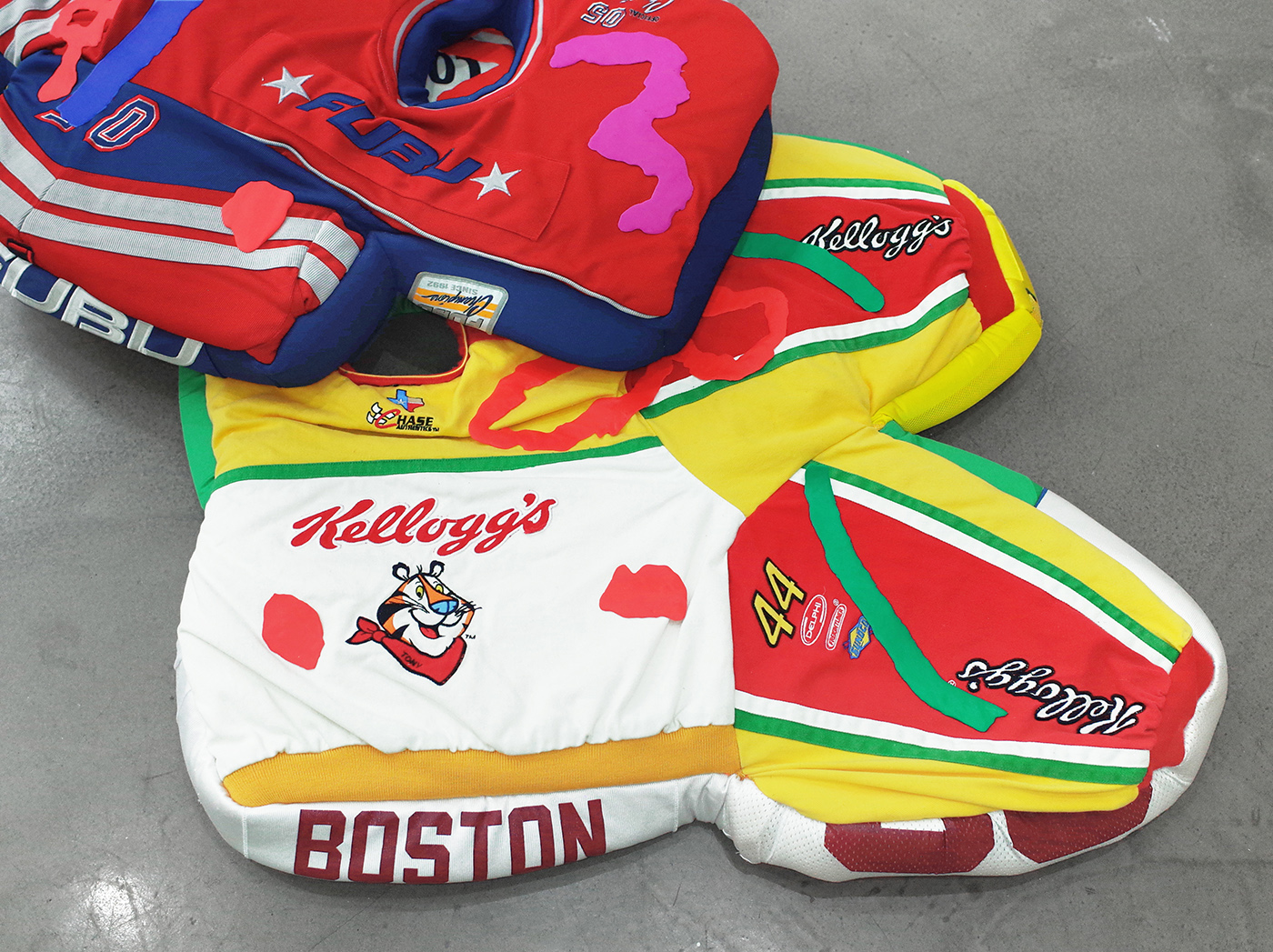 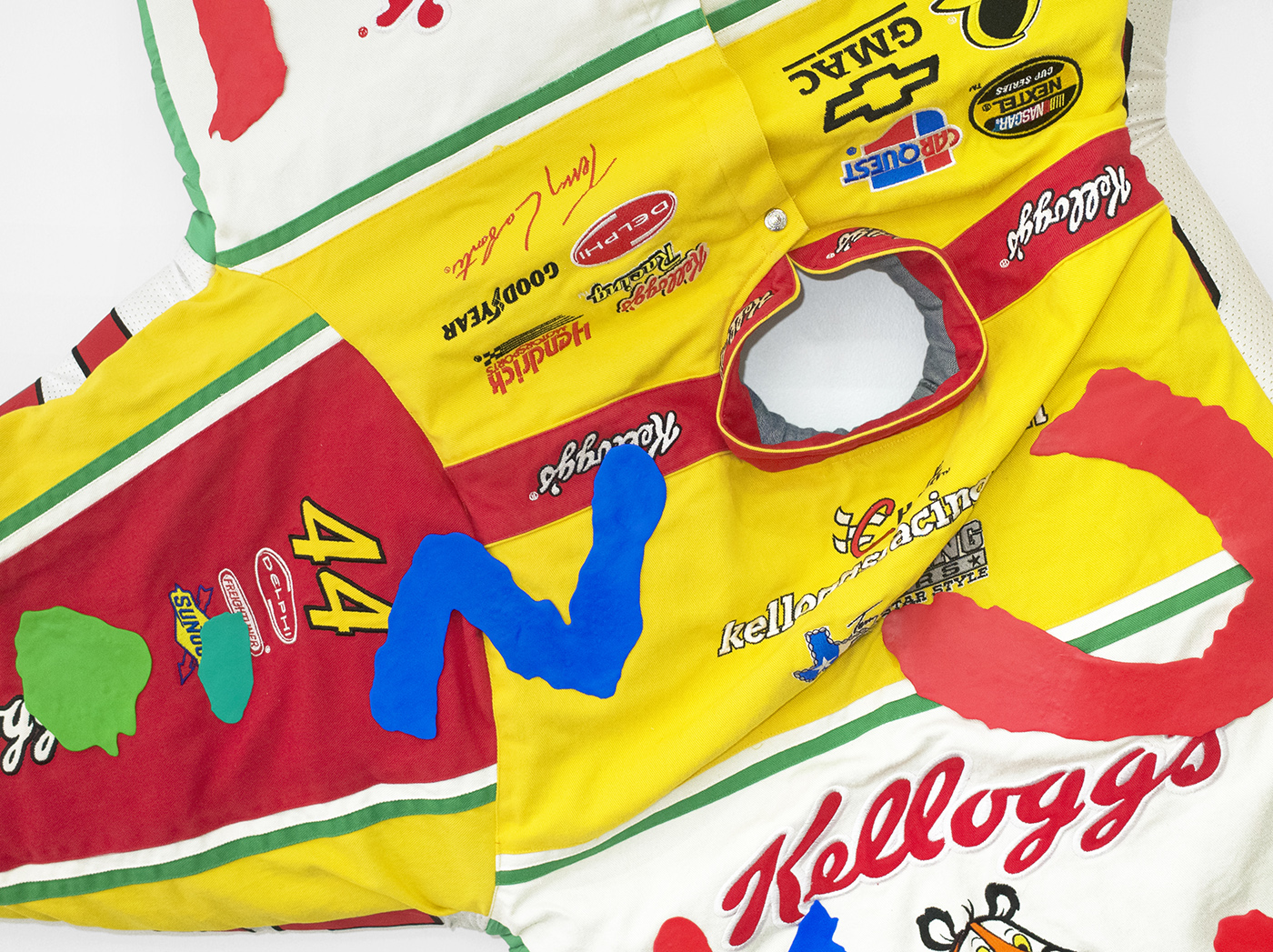 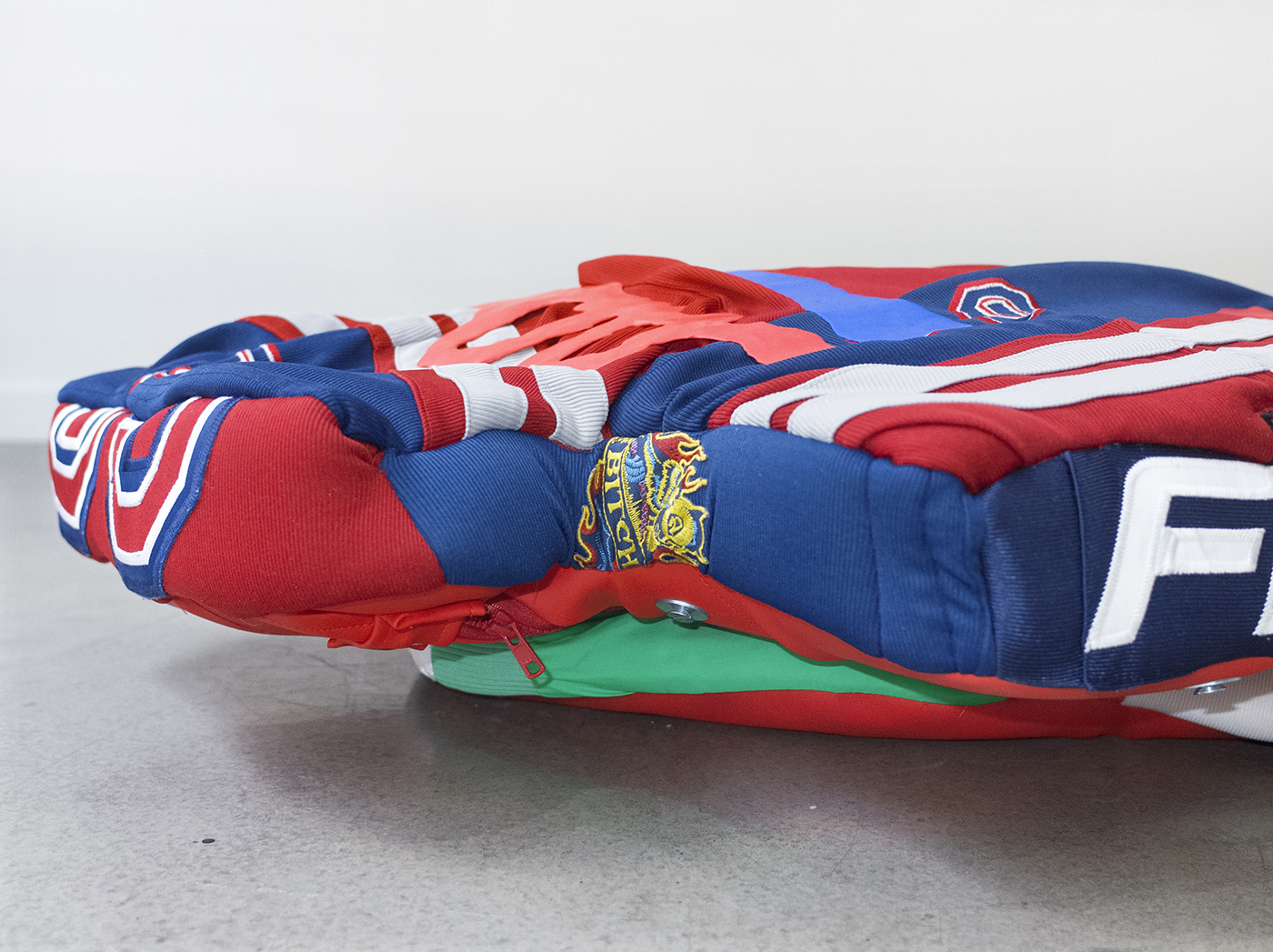 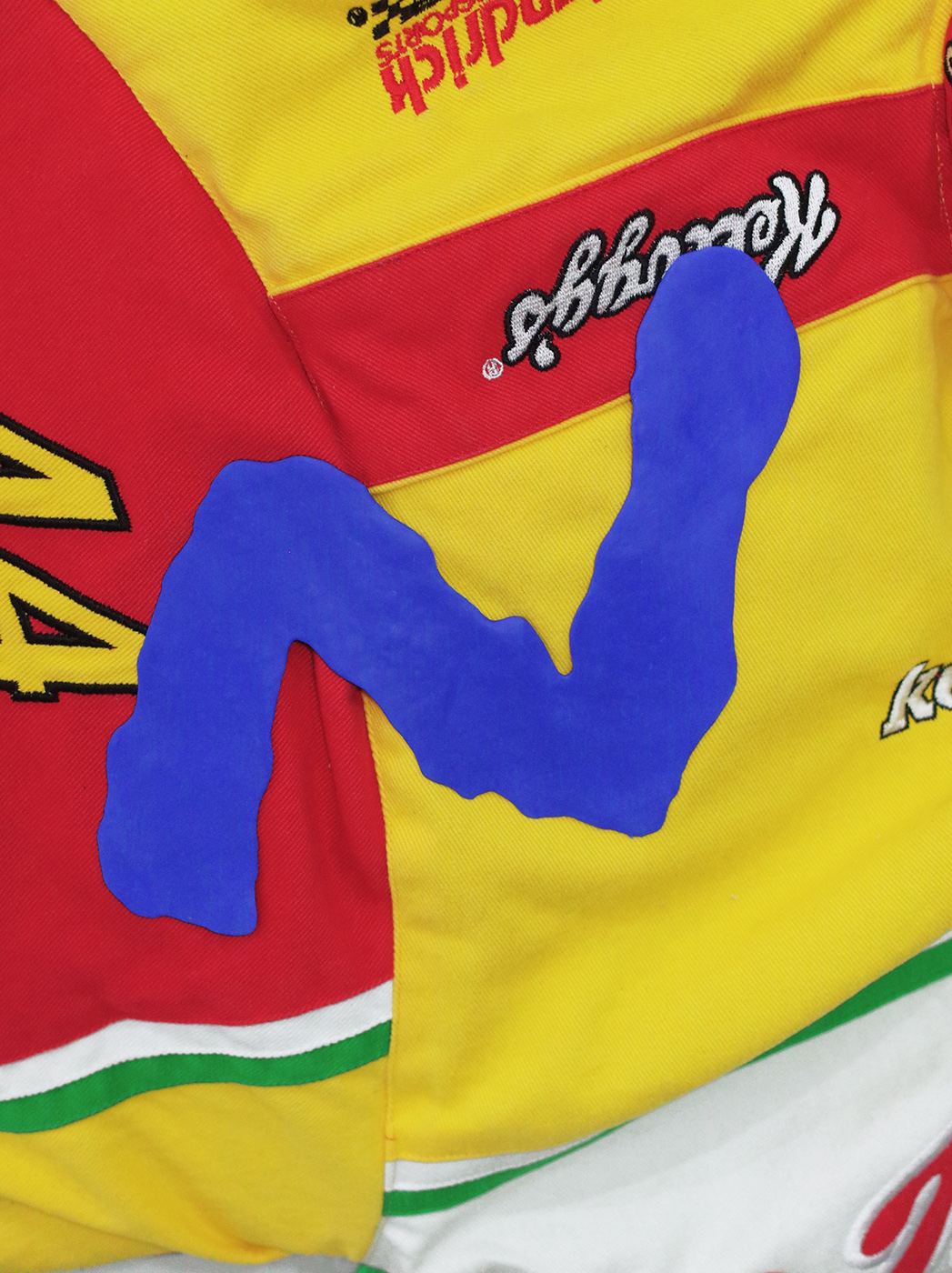 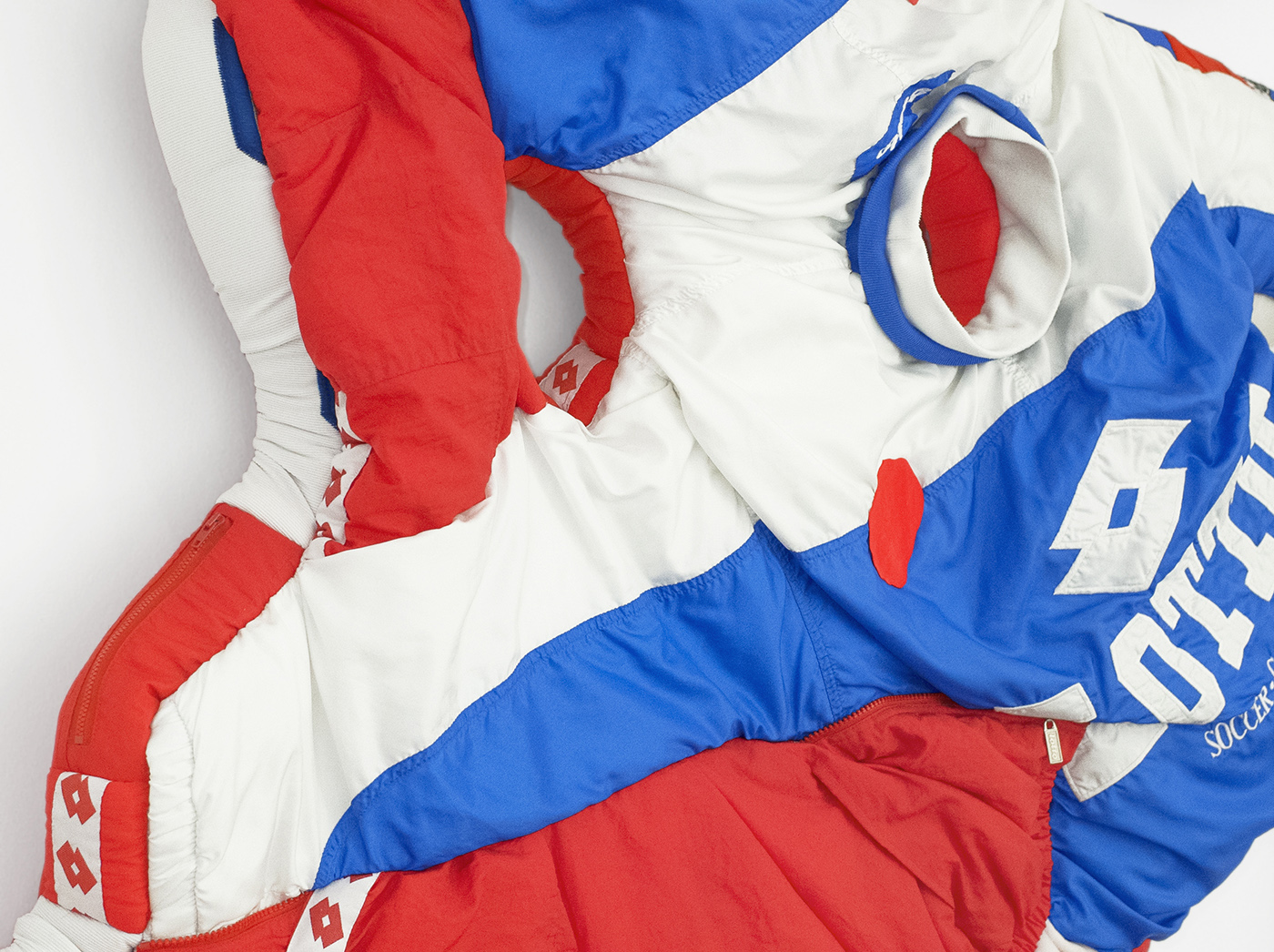 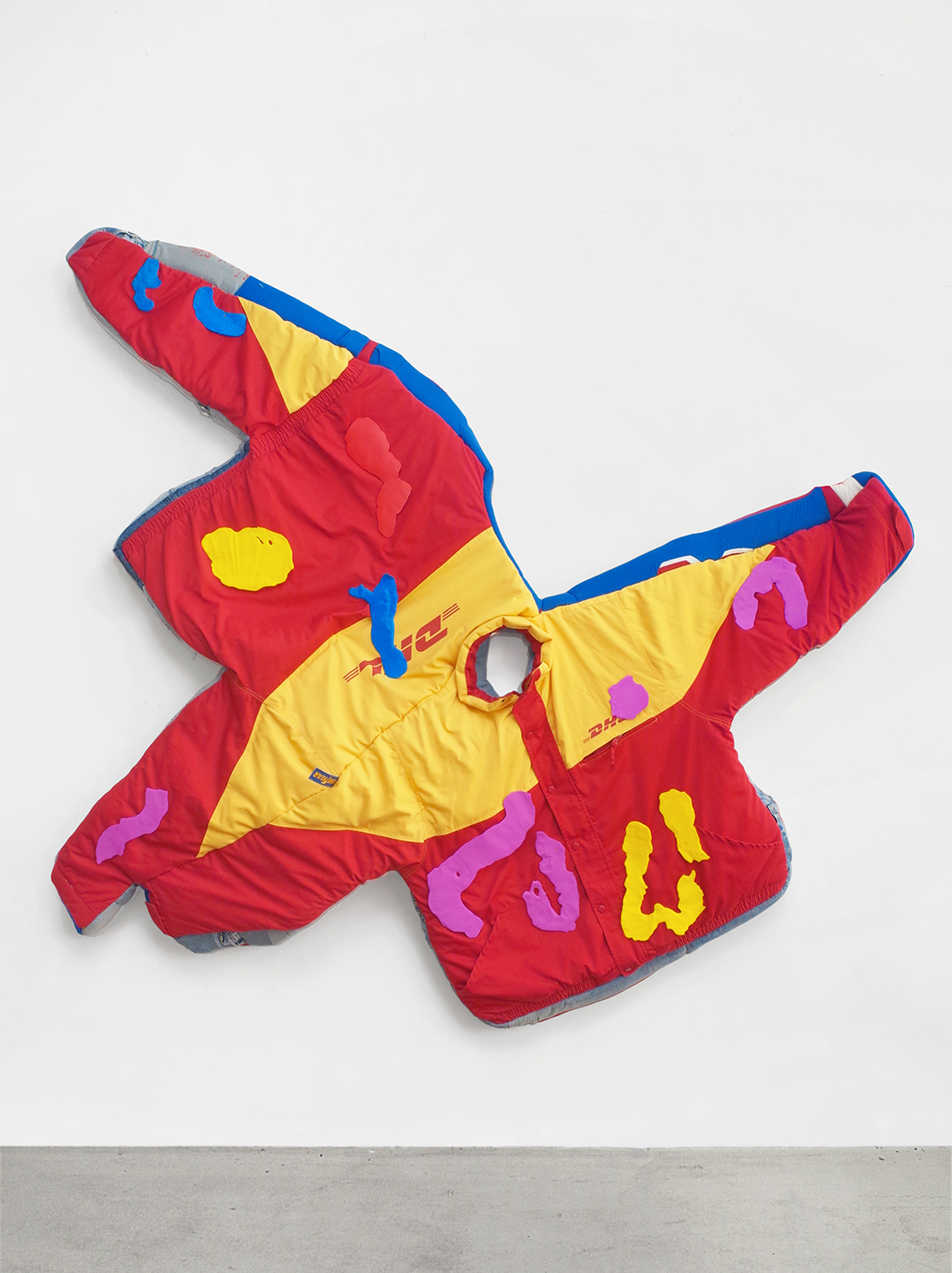 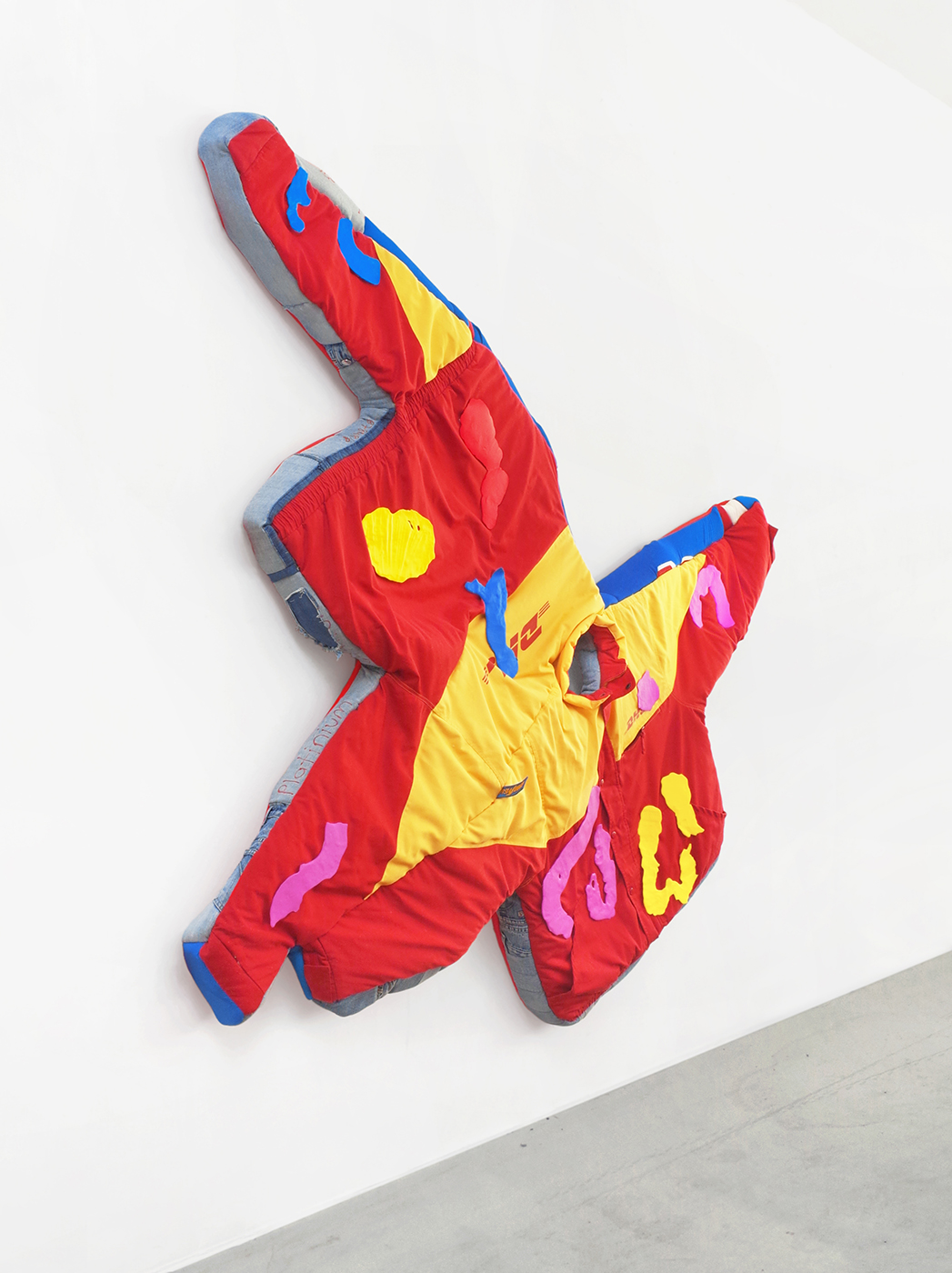 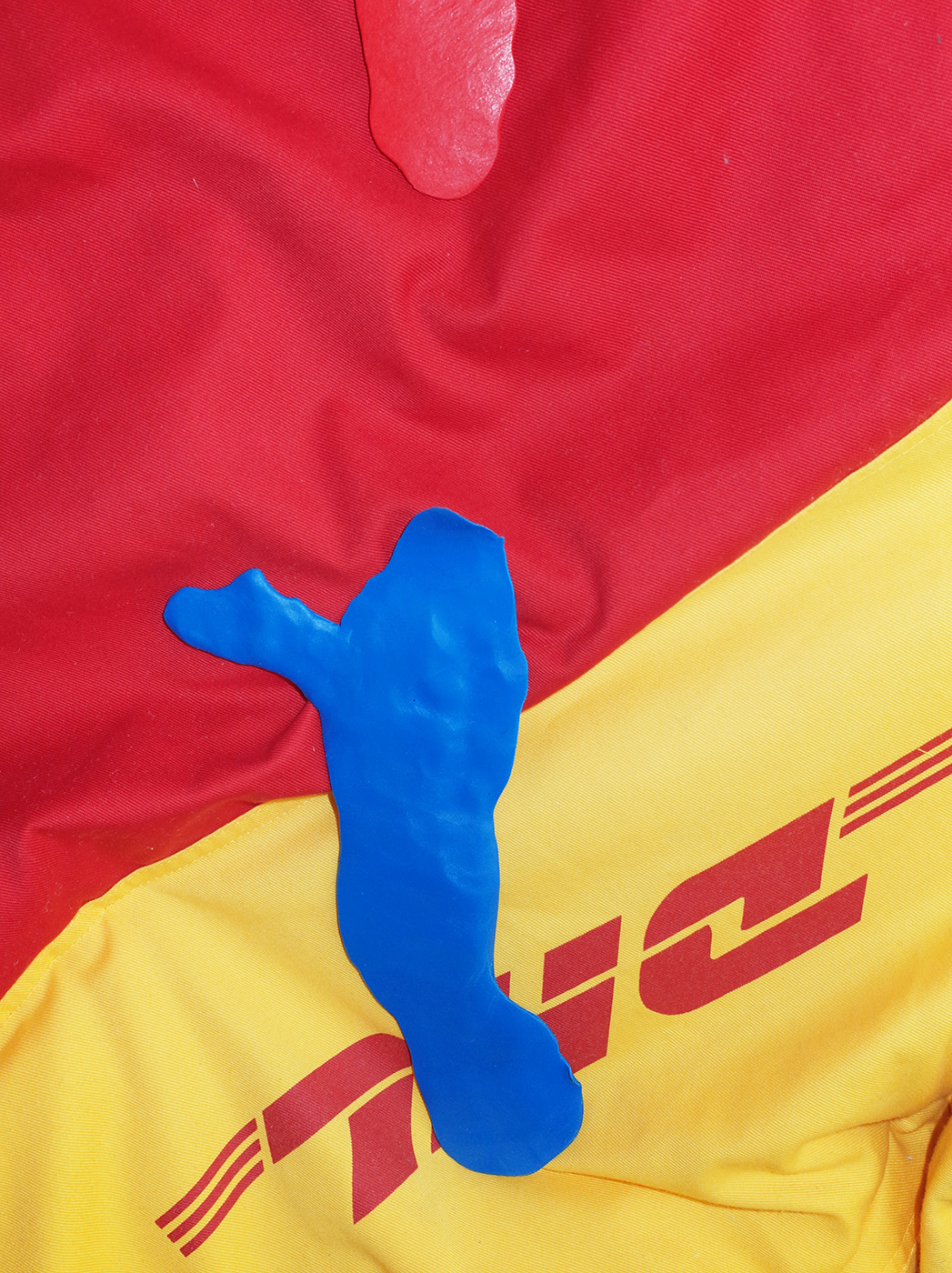 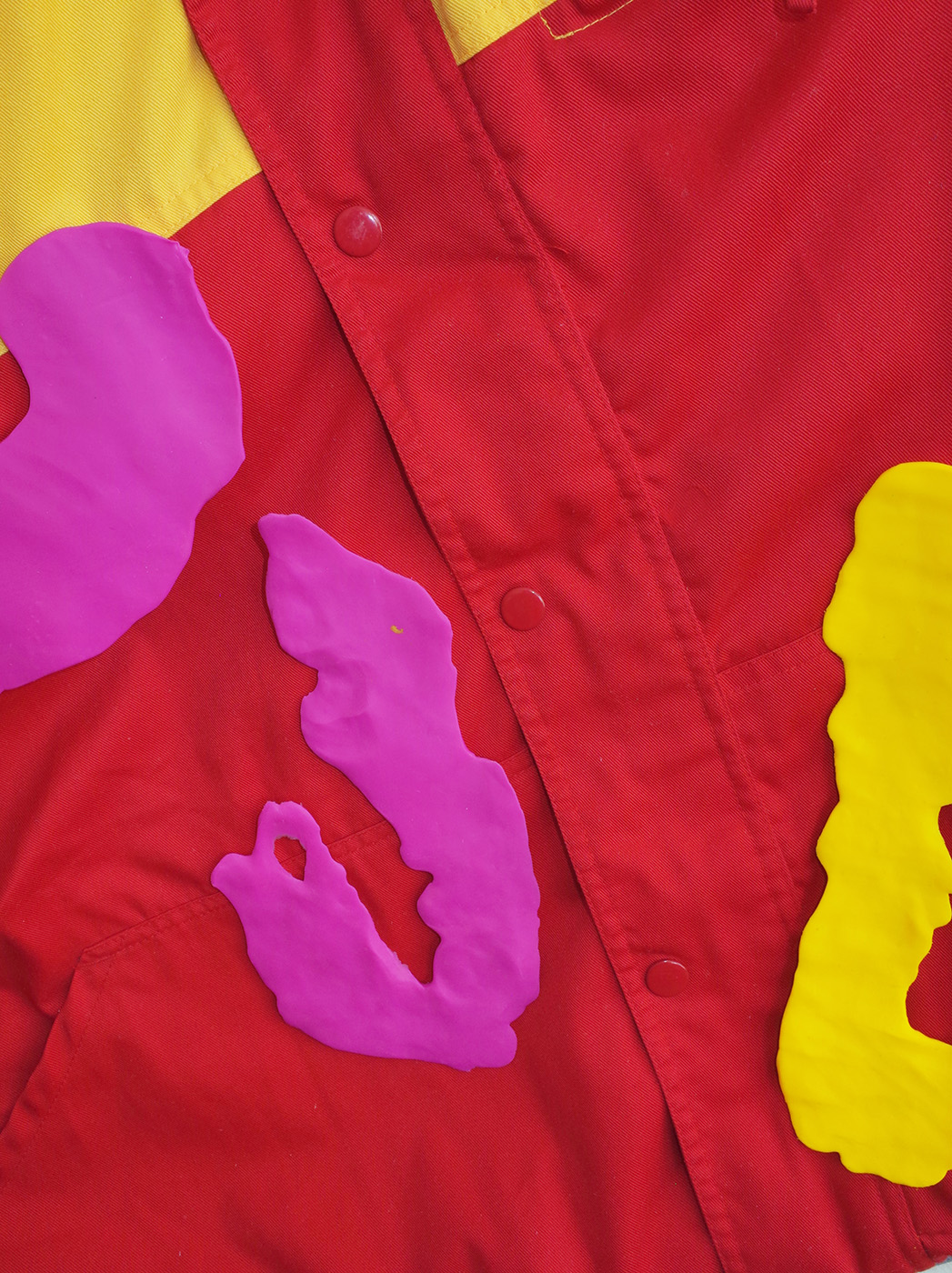 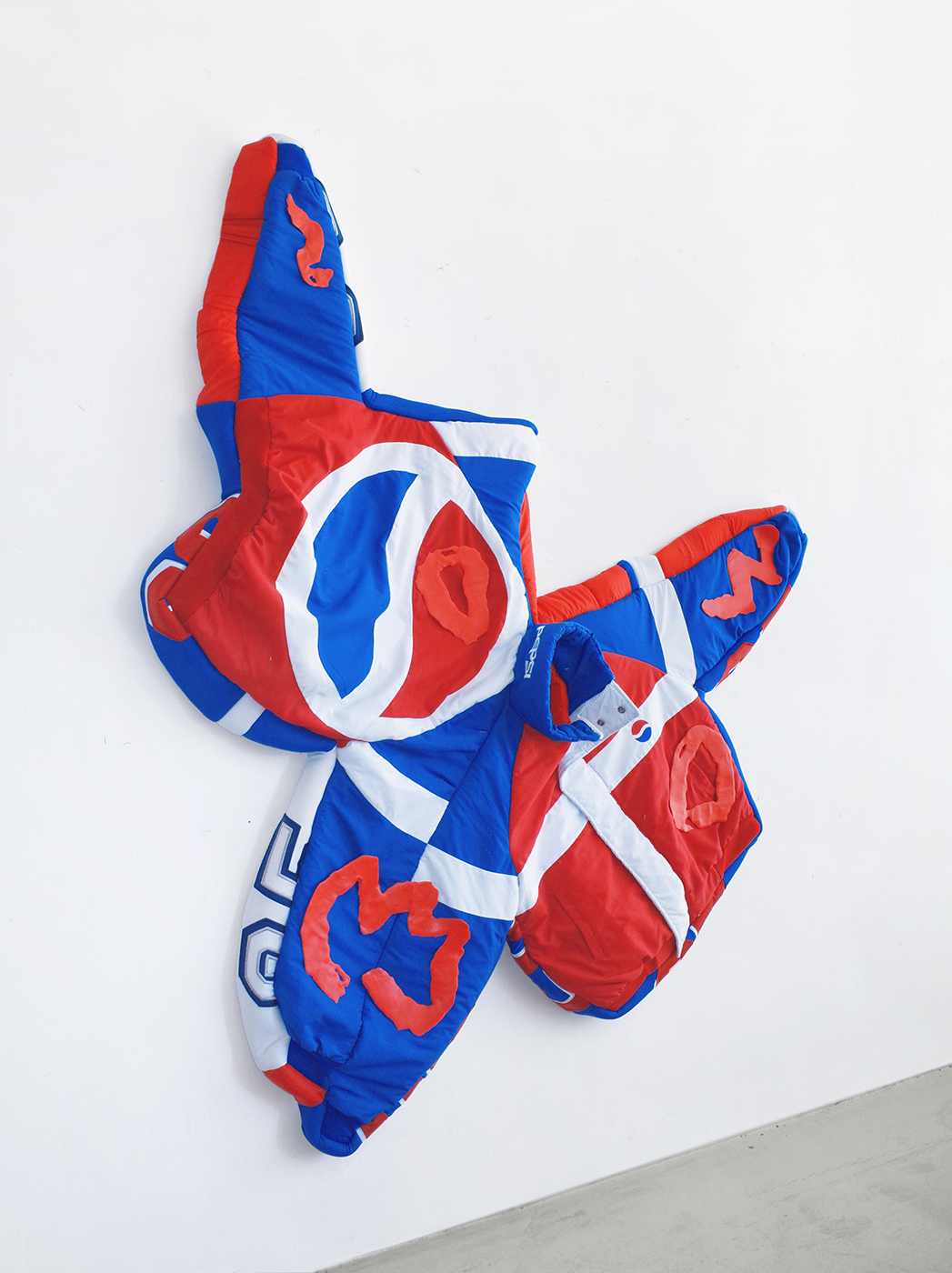 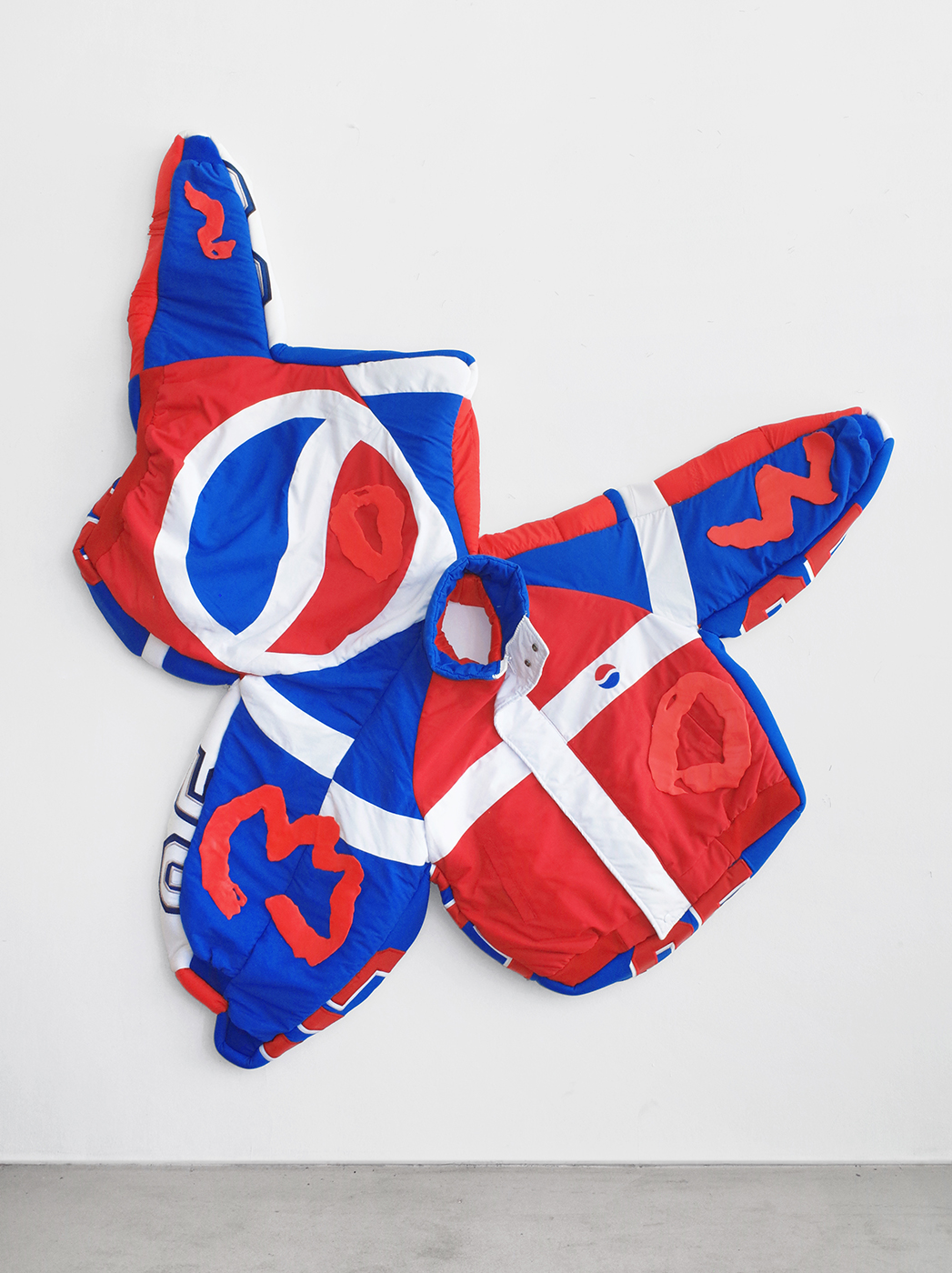 “I won’t send you two pages about my work, but I’ll send you my playlist and my references. I can’t write about my work, it’s complicated, it will be pretentious. I, as an artist, has a vision about something, and cannot pretend to be someone else, who has a vision about my vision.
It’s not the artist’s job to try to analyze the works, it will become vulgar. One can’t be the actor and the critic... You will have to try to contextualize it, make sense of it, put it all together”.

These are Simone’s instructions when I speak with him on Whatsapp from his car in Prenzlauer Berg in Berlin, where he sits when he needs to be alone. Usually, Simone works in a studio space that he shares with his girlfriend Anna. But he had an incident – he broke his sewing machine, which then had to be replaced – and as he bought a new, industrial one, it was, by default, delivered to his home. “So now I had this monster installed at home”, which led to a decision of moving his studio home temporarily. “I actually prefer to work at home, it forces me to be more clean, although my home now is messy, with plastic and
gummy and jackets and socks everywhere”.

He says he is not romantic per-say with his works, that he is trying to escape an obsession of how to use technique or a language. He doesn’t see art for art, music for music, painting for painting, but a diagonal line between them. “I don’t have any symbolism in my work, that’s for sure; nothing is symbolic. If people don’t see what it is, I tell them, it is what it is, and it might not be anything. My work should speak on its own; have its own legs, it should be able to walk alone. It has its own life (or its own career, if stuff goes well), its own price, its own house, brother and sisters and owners, and eventually it doesn’t belong to me anymore, it’s not mine.” It’s not the usual approach that art drives you into.

“Formally, I’m trying to have precise works, because although I have a punk approach, I don’t like trashy results” he says, and obviously references Jean Dubuffet and Art Brut.“ Sometimes beauty and ugliness are so close. Since the renaissance people tried to have an answer for what beauty is, but beauty is a moment, something that shows itself, not something you can manage or reproduce as a medium. I’m interested in the rather inelegant and sporty element to his work. “I don’t to any sports, I’m too lazy to make sports, I’m keeping skinny by being nervous and smoking cigarettes. Obviously I don’t know the sports world too much.” However he is interested in sports logos and logomania.

Riviera Sunset Boulevard is an installation of 10 works. The works escape all borders, forms and shapes. The materials are all chosen carefully and sourced from the Internet; the three identical Kellogg’s jackets were ordered from New Zealand, Italy and the US. Typically, Simone would use wooden stretchers as canvas, but these have none – they’re made a bit like a soft suitcase; onto red gummy these jackets and jerseys are mounted, with logos in bright palettes (no blacks or browns or dark reds), layered with Fimo clay (typically used by kids or punks), also in intense colors. For this exhibition, Simone has looked to COBRA artists like Karel Appel and Asger Jorn, as well as Tanaka Atsuko from the Gutai collective.

Part of the idea of a sculpture is that you’re standing in front of, looking at, a monument. These new works are not monumental like sculptures normally are. They are empty inside, but have a functional structure, which allows them to be put on the couch, put on the wall, slept on. “In a way, I try to keep the functionality away. When I start working on them, they have a function, and after I have worked on them, they have no function. They are stretched until broken, they are cut”.

Apropos cut, Simone is majorly influenced by deconstruction and sampling in hiphop; tracks are cut, manipulated until it hurts something else, if you want. He sent me a playlist of Madlib, Ol’ Dirty Bastard, Travis Scott and Dean Blunt. And during the time making this new body of work, an old friend of Simone’s re-appeared in his life, Dre Love, an American rapper and MC, who said of Simone’s new works they have an energy and strong references reminiscing the golden era gladness of the 90s in Jamaica, Queens, where he had grown up. And it’s precisely these nostalgic connotations to and combinations of, hiphop, 90s fashion and childishness that makes these new works so paradoxically refreshing.


Images courtesy of the artist and Galerie Derouillon