Luis Camnitzer / The Disappearance Of Knowledge

The work is on view at the corner of Kidantidon & Kalisthenous (opposite Therapeftirio) from 1st of June until July 29th. 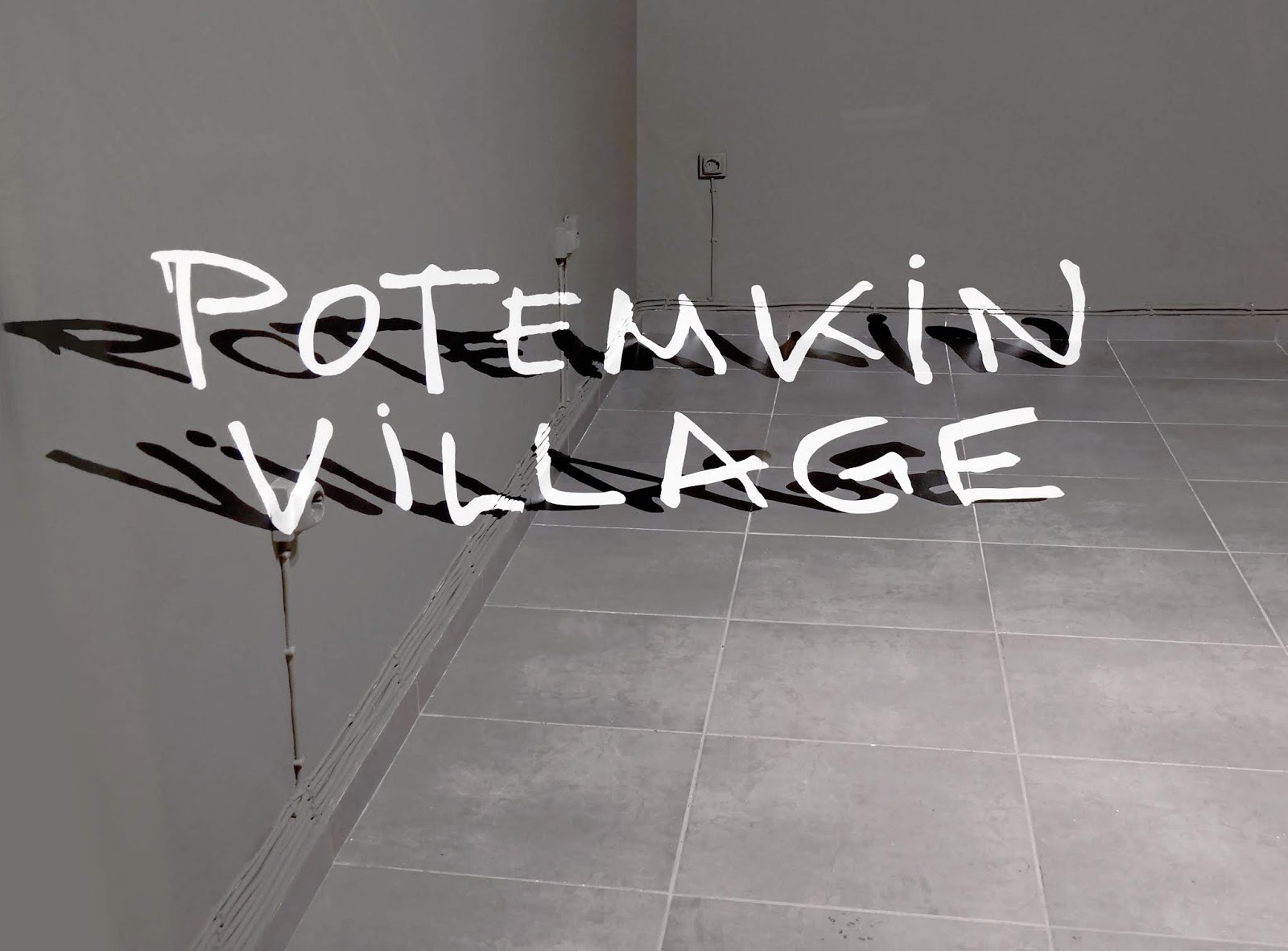 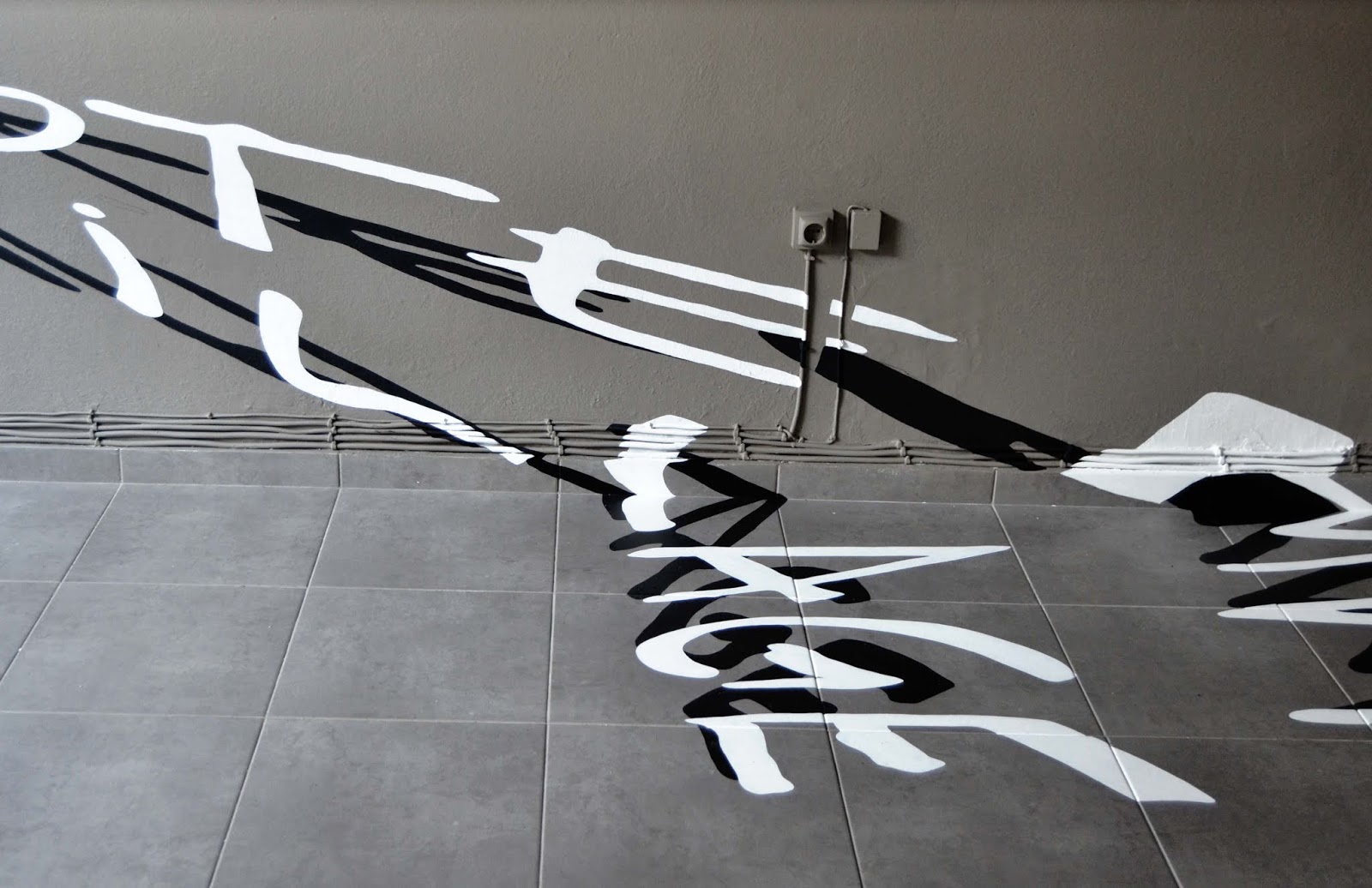 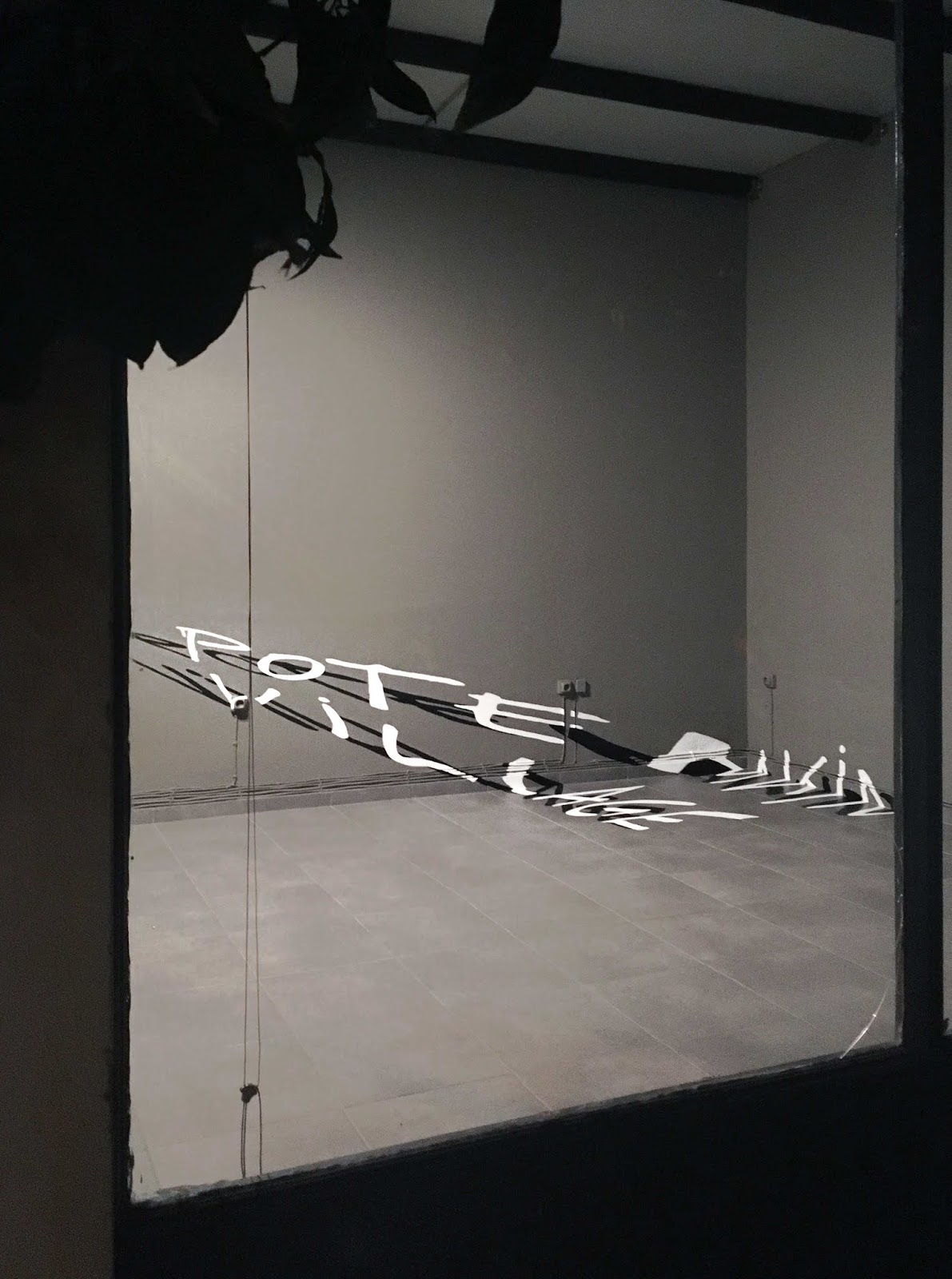 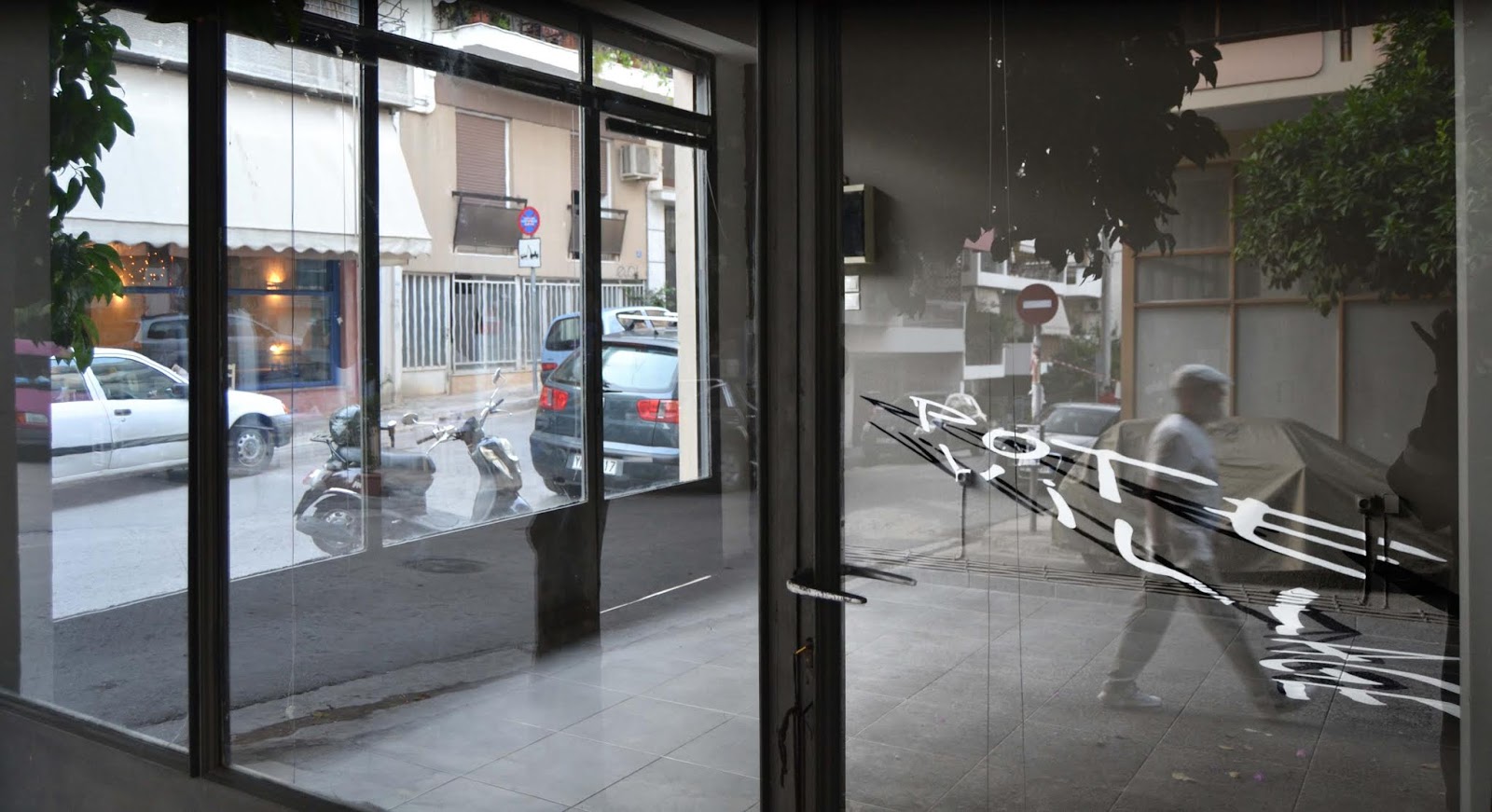 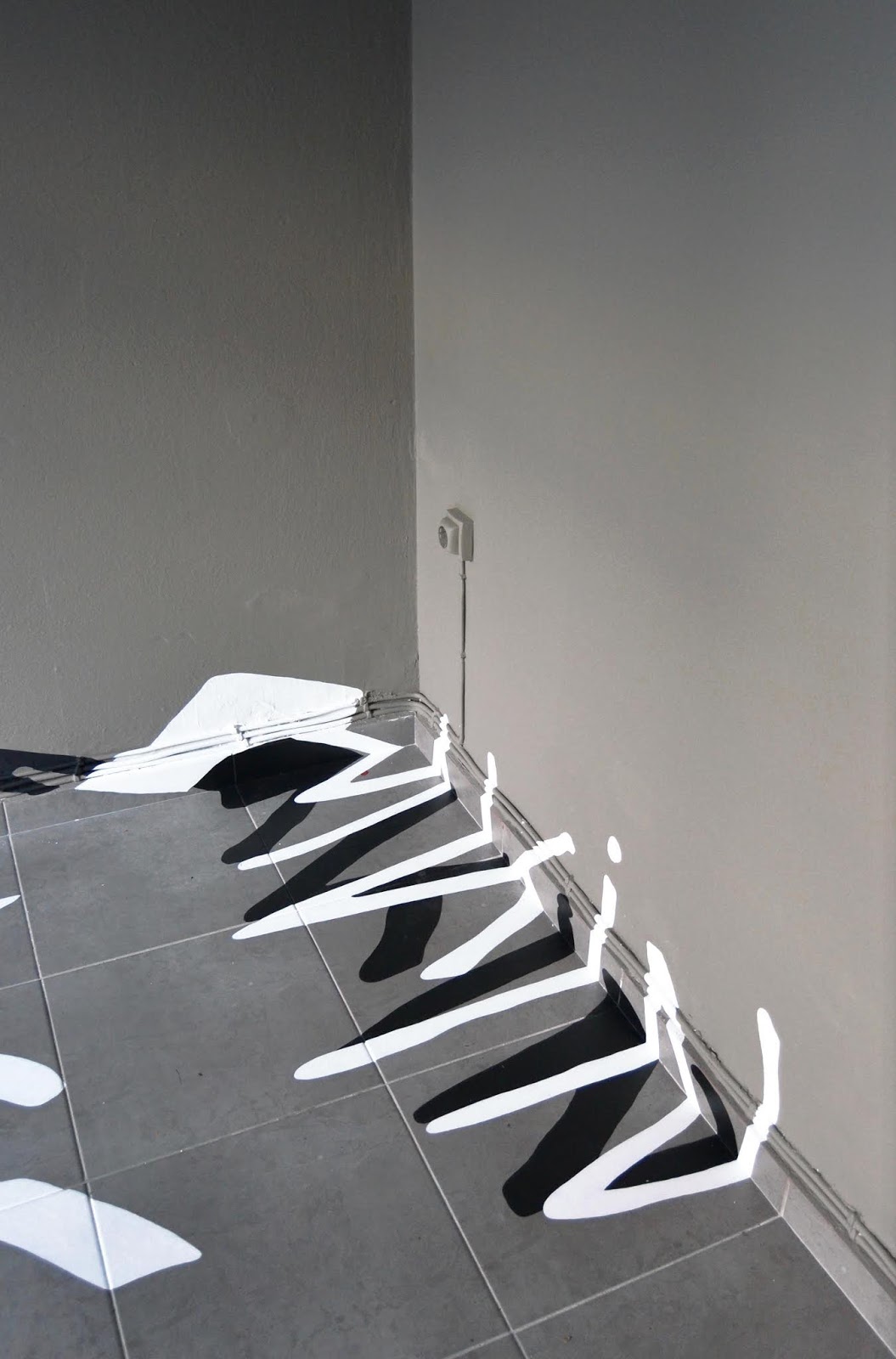 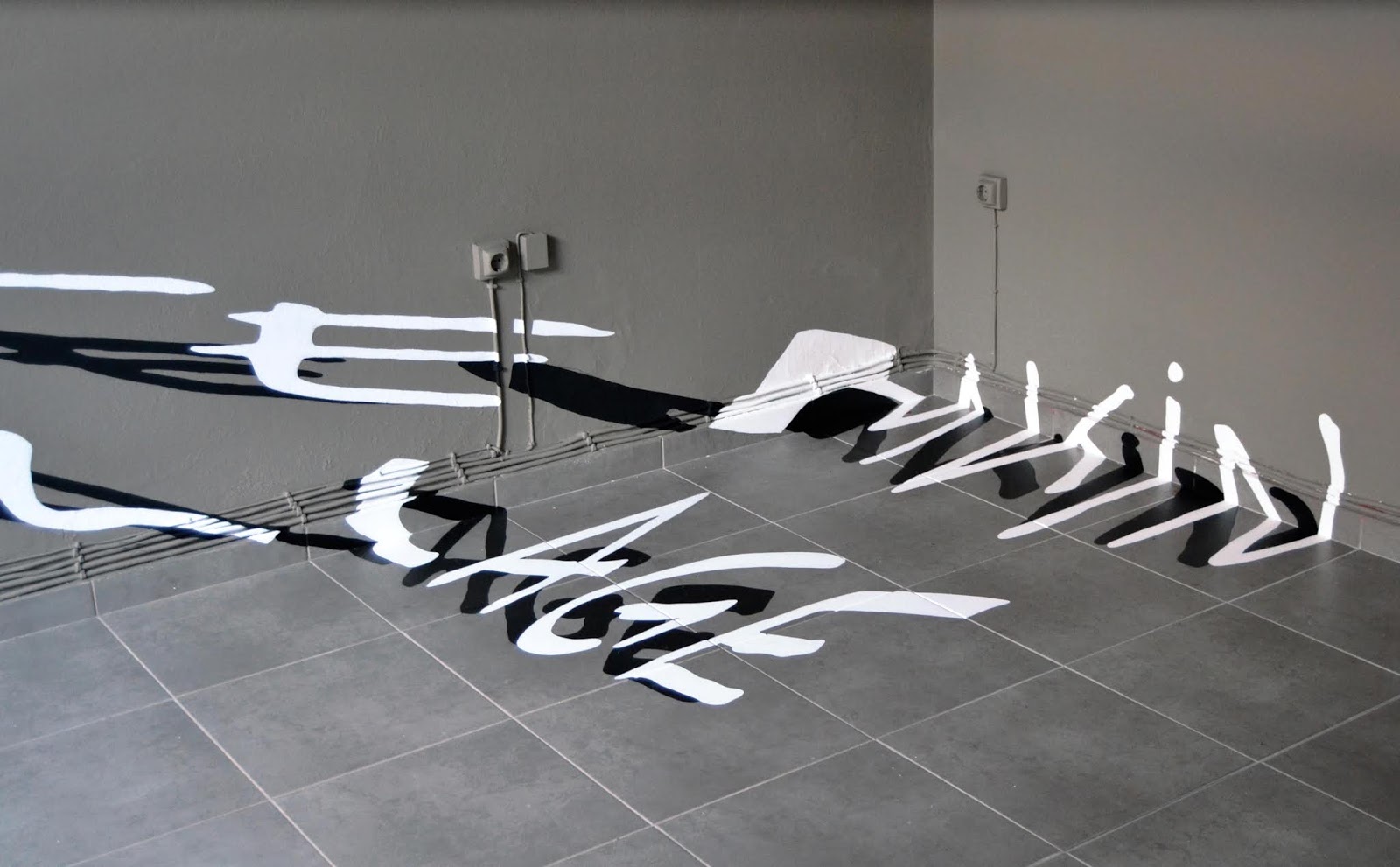 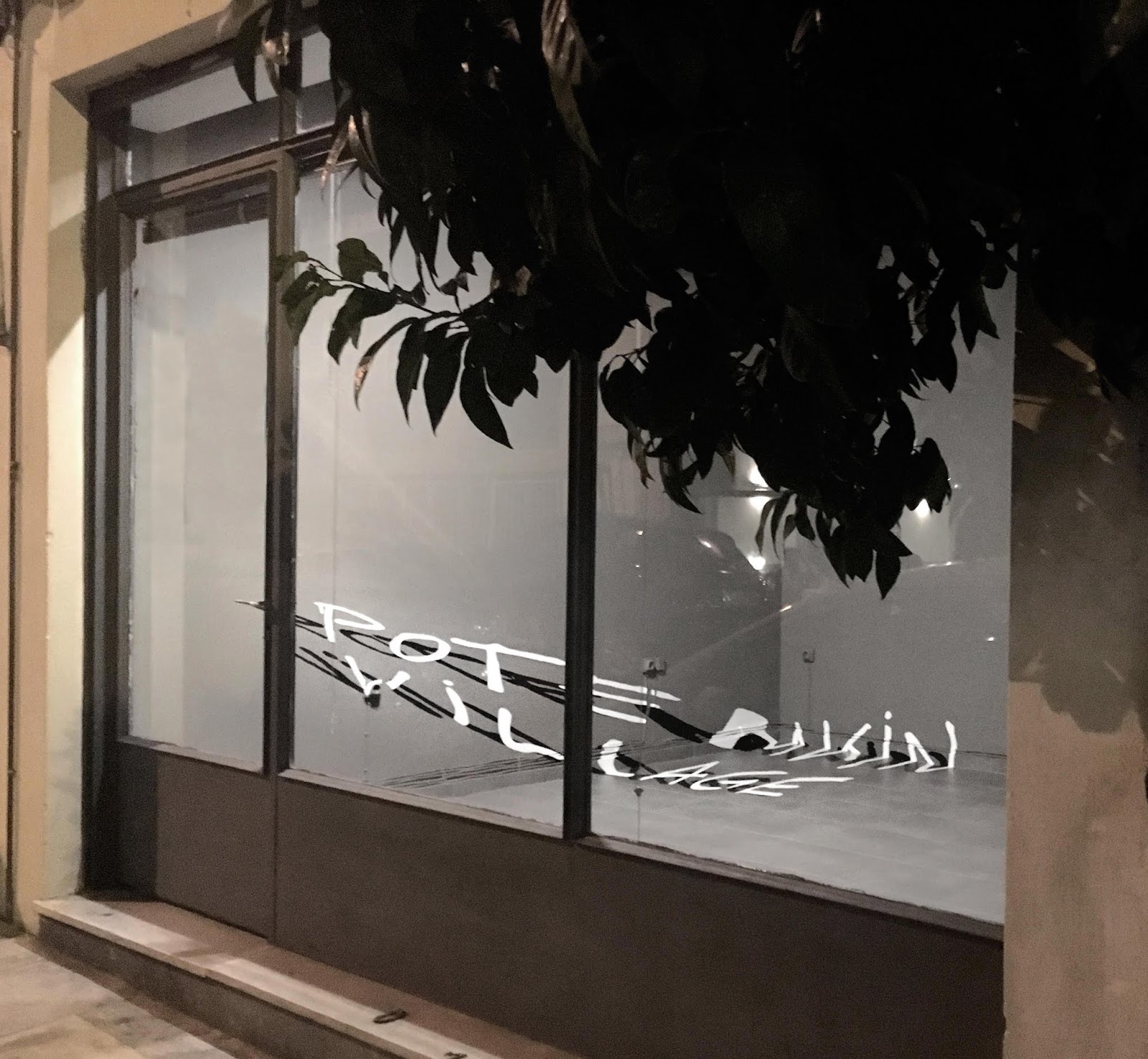 The Disappearance Of Knowledge

The influential artist and academic Luis Camnitzer (b.1937) has conceived an entirely new work for Athens, the first time his work has been exhibited in Greece.

The specific location is a glass fronted office space previously empty for many years and situated on a street corner of a residential neighbourhood currently subject to the forces of gentrification, the site once formed part of the western city wall of classical Athens near the Hills of the Muses and the Nymphs.

Camnitzer decided to use the technique of anamorphic illusion famously used in Holbein's the Ambassadors and occasionally used in large scale advertising in sports stadiums. Anamorphosis is a type of optical illusion involving an extreme form of perspective, the text depicted appears incomprehensible and distorted when seen from most points except when viewed from a specific narrow vantage point.

The text Potemkin Village written in the artist's hand-writing is transferred onto the walls and floor of the empty space and can be seen from the street, it is lit in the evenings to be viewed by any passerby.

Potemkin Village refers to a portable fake village constructed by the Russian statesman Gregory Potemkin for Empress Catherine the Great for her to admire while touring Crimea in 1787. More generally the phrase refers to any facade with nothing behind it designed only to impress, in politics a Potemkin village is a literal or figurative construction created solely to deceive others into thinking that a situation is better than it really is.

Camnitzer's spatial visual illusion is reflected in the reference to the array of current deceptive but impressive falsities in art, media, politics and economics.

"Potemkin Village was an easy connection and a text with a multitude of associations, from the particular gentrification of the neighbourhood, to political "smoke and mirrors" methods, to public relations and personal promotion."  Luis Camnitzer