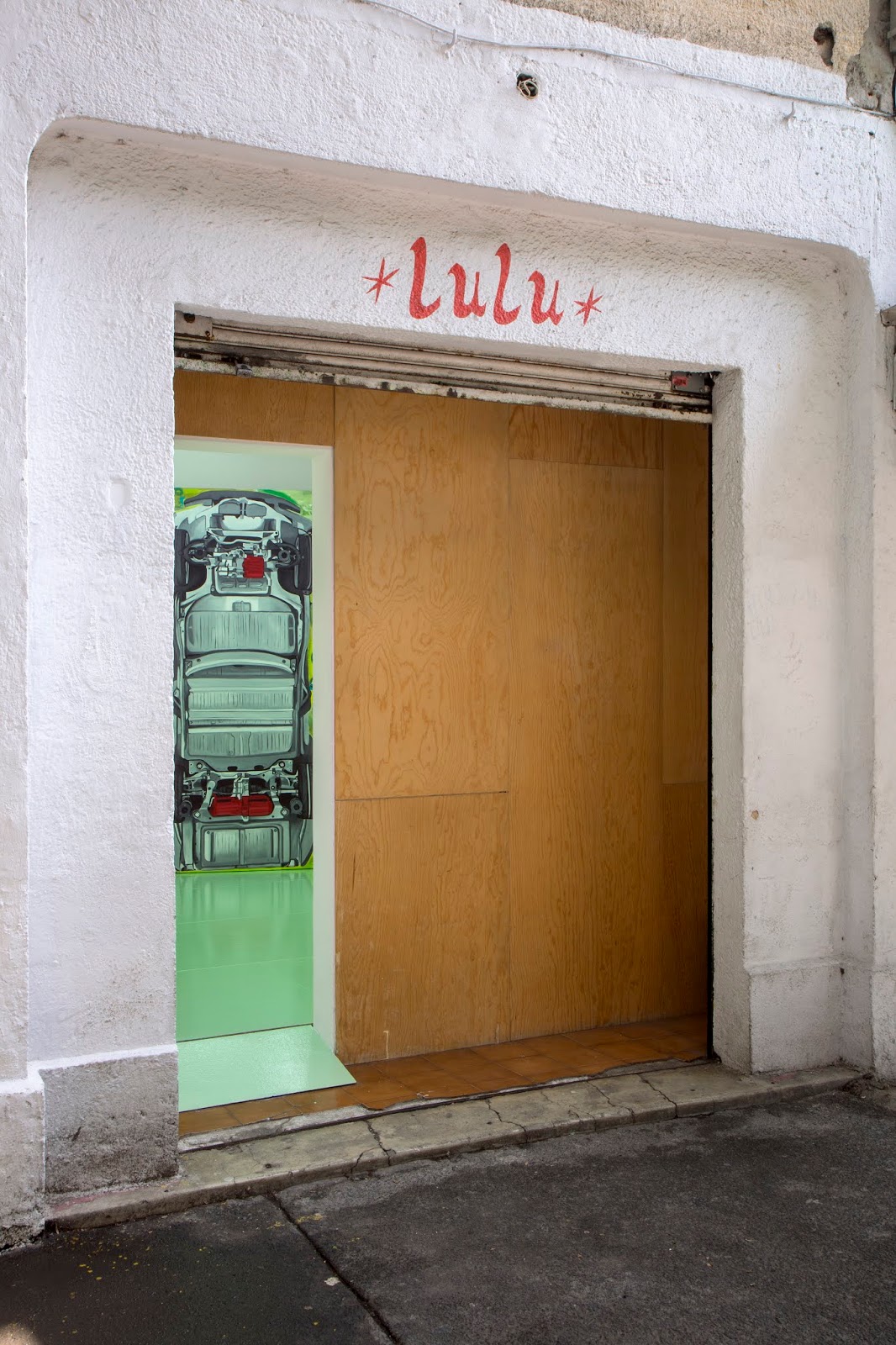 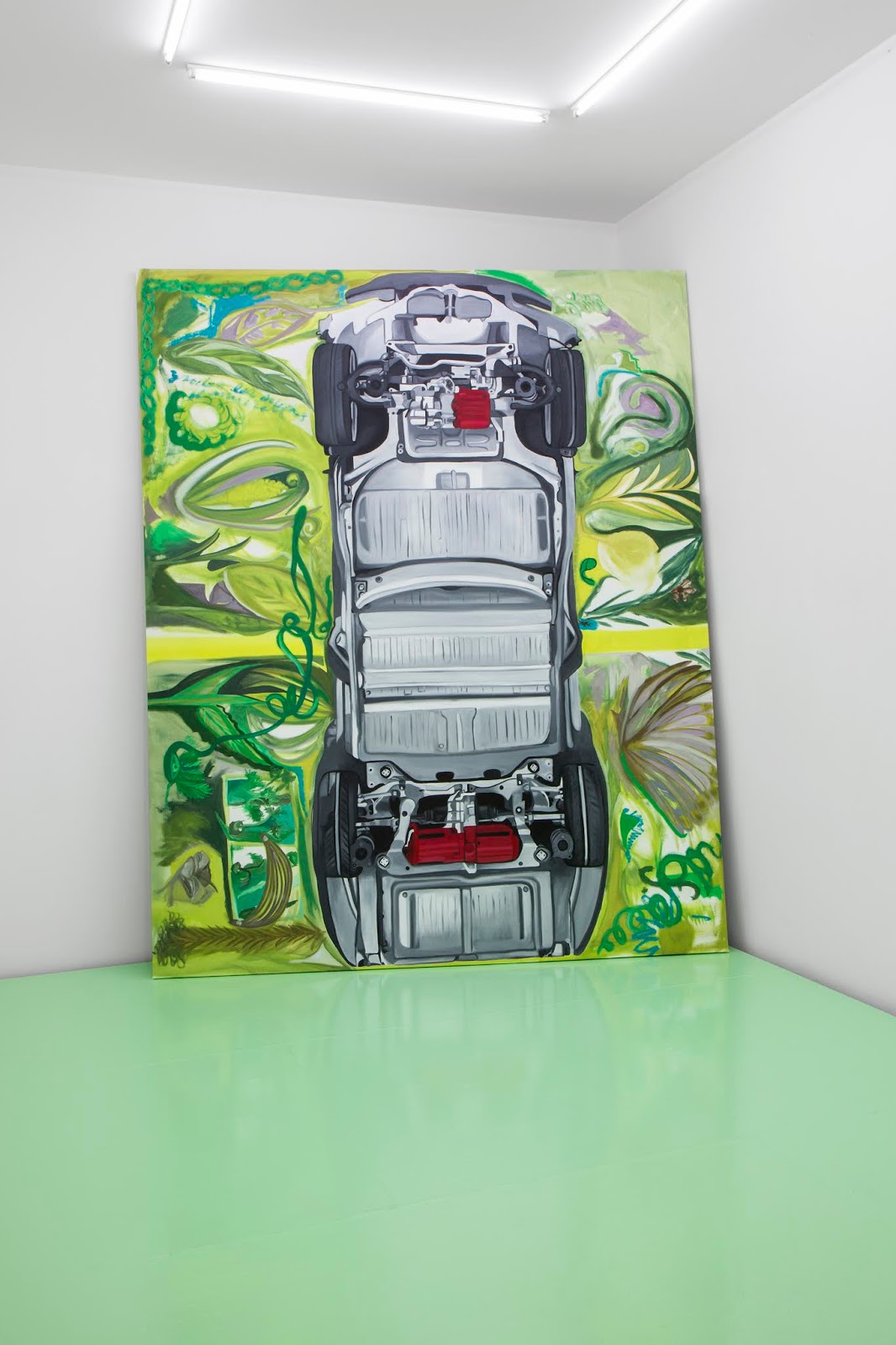 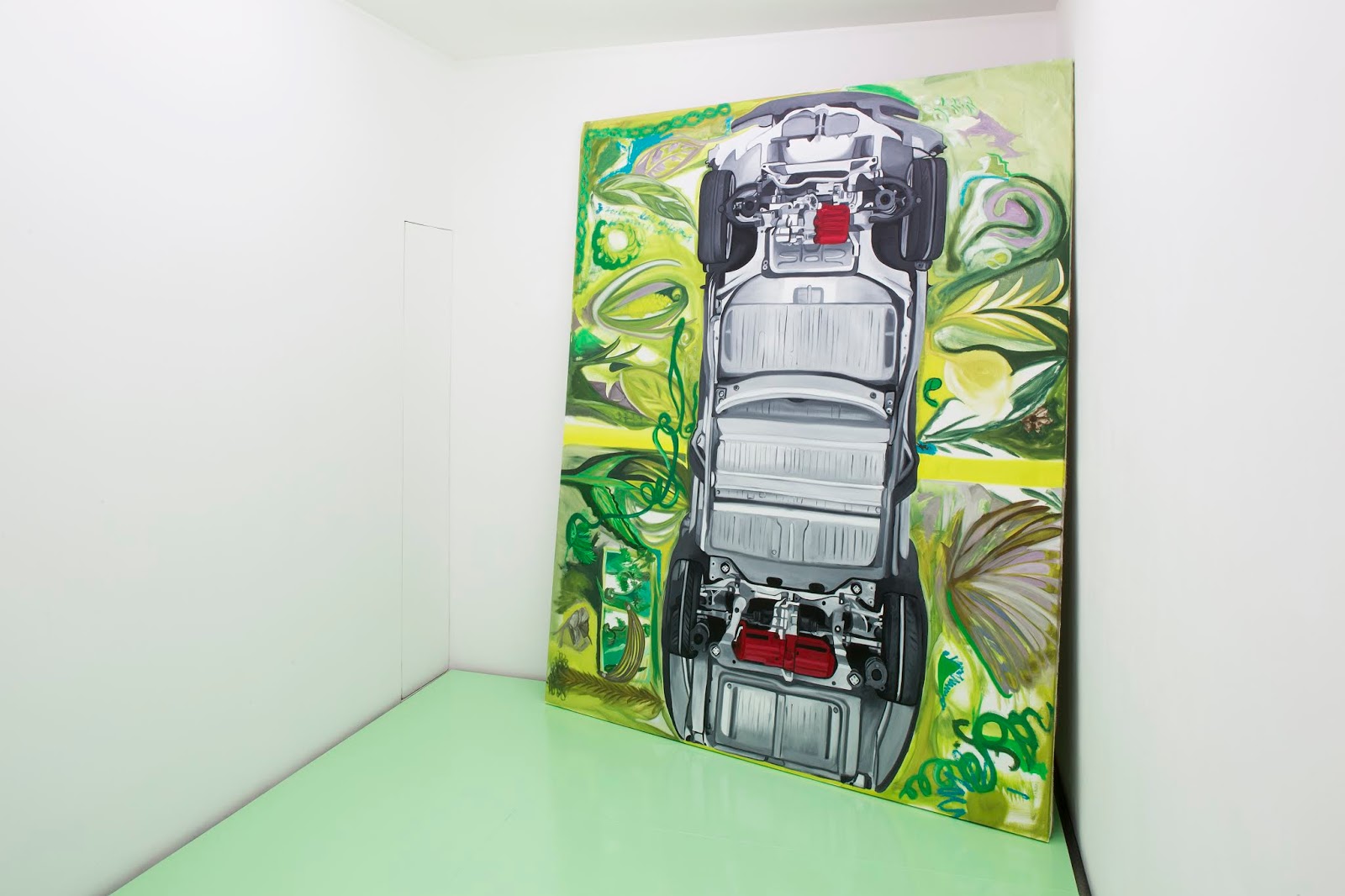 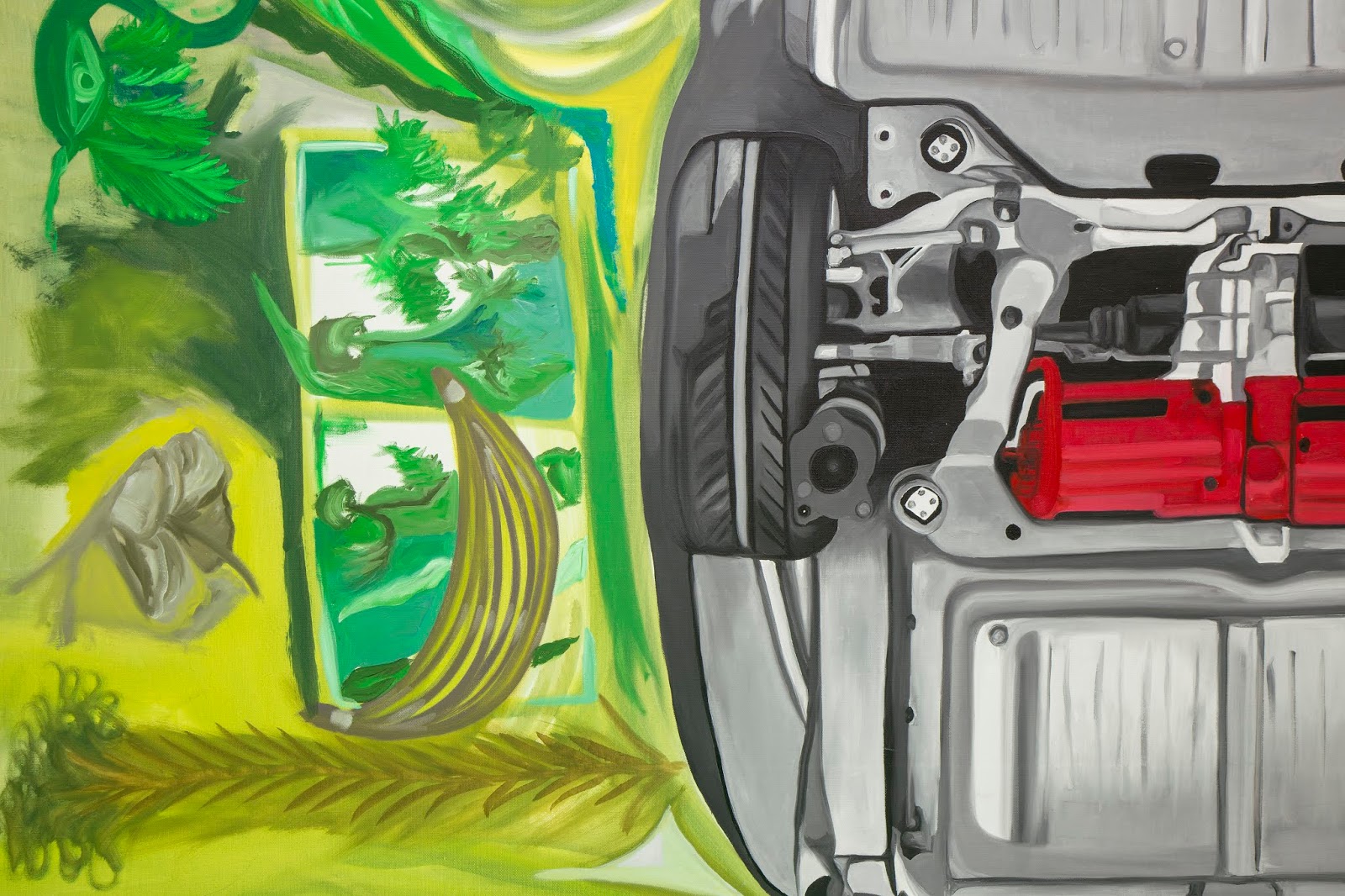 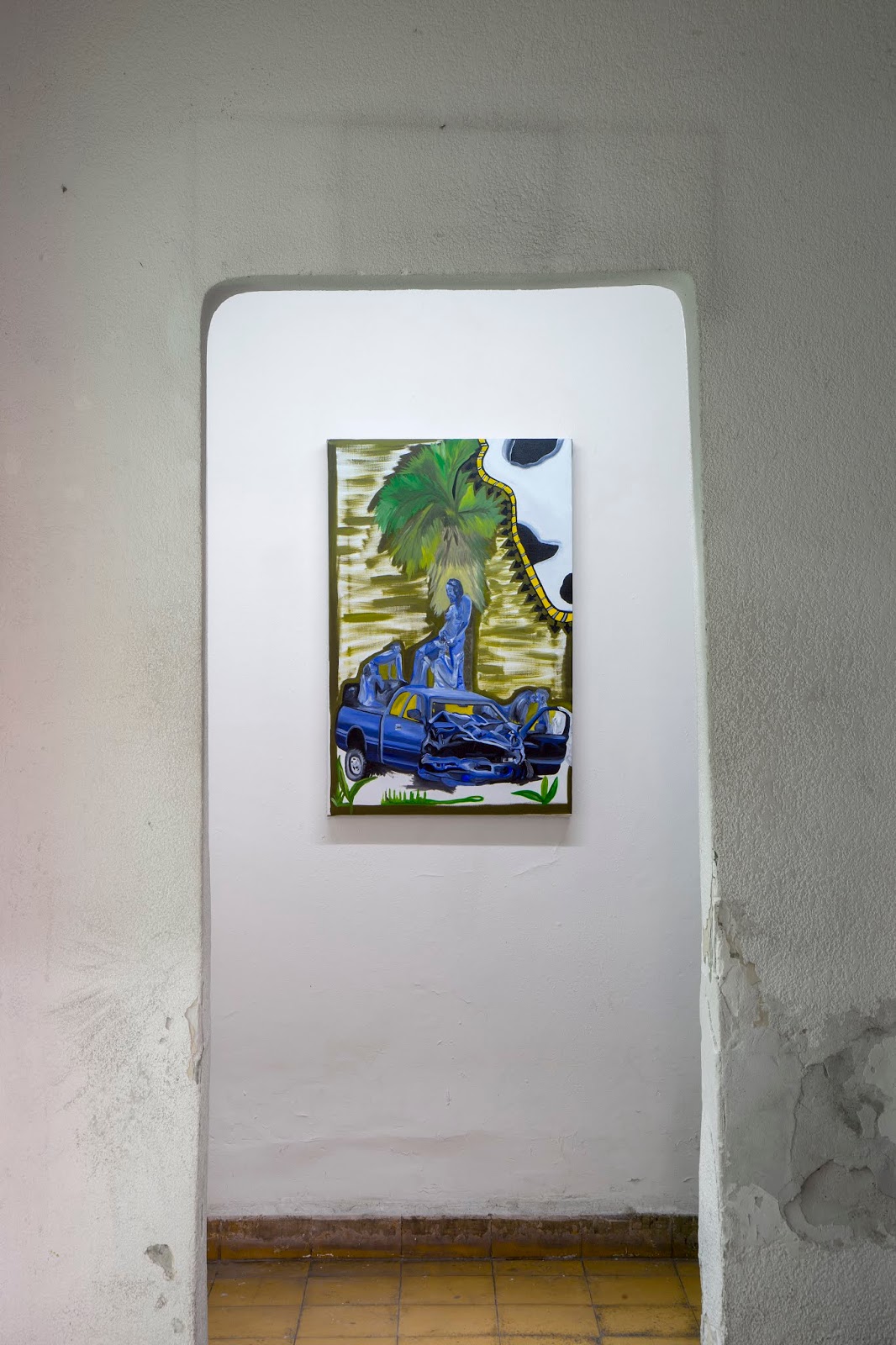 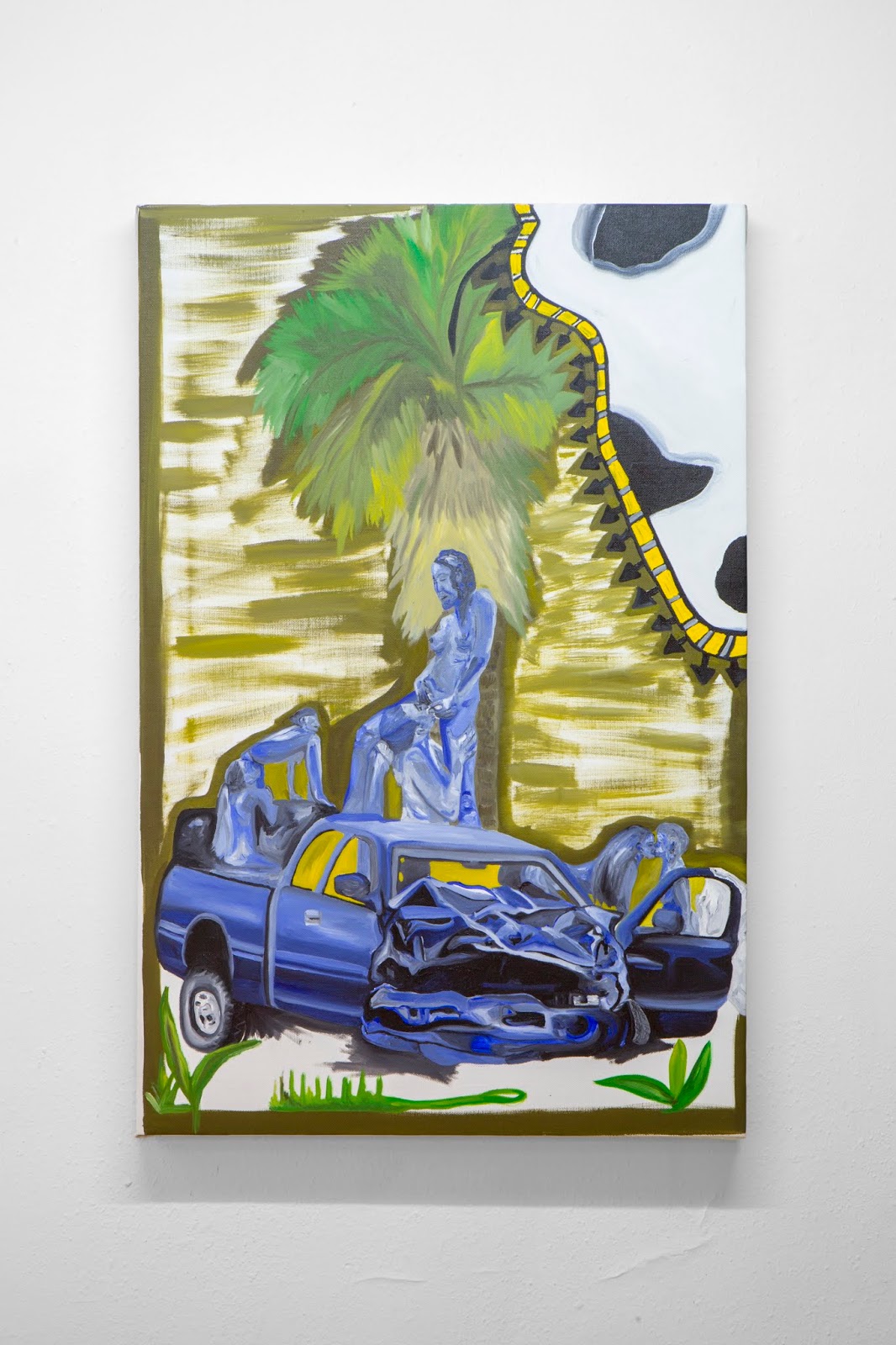 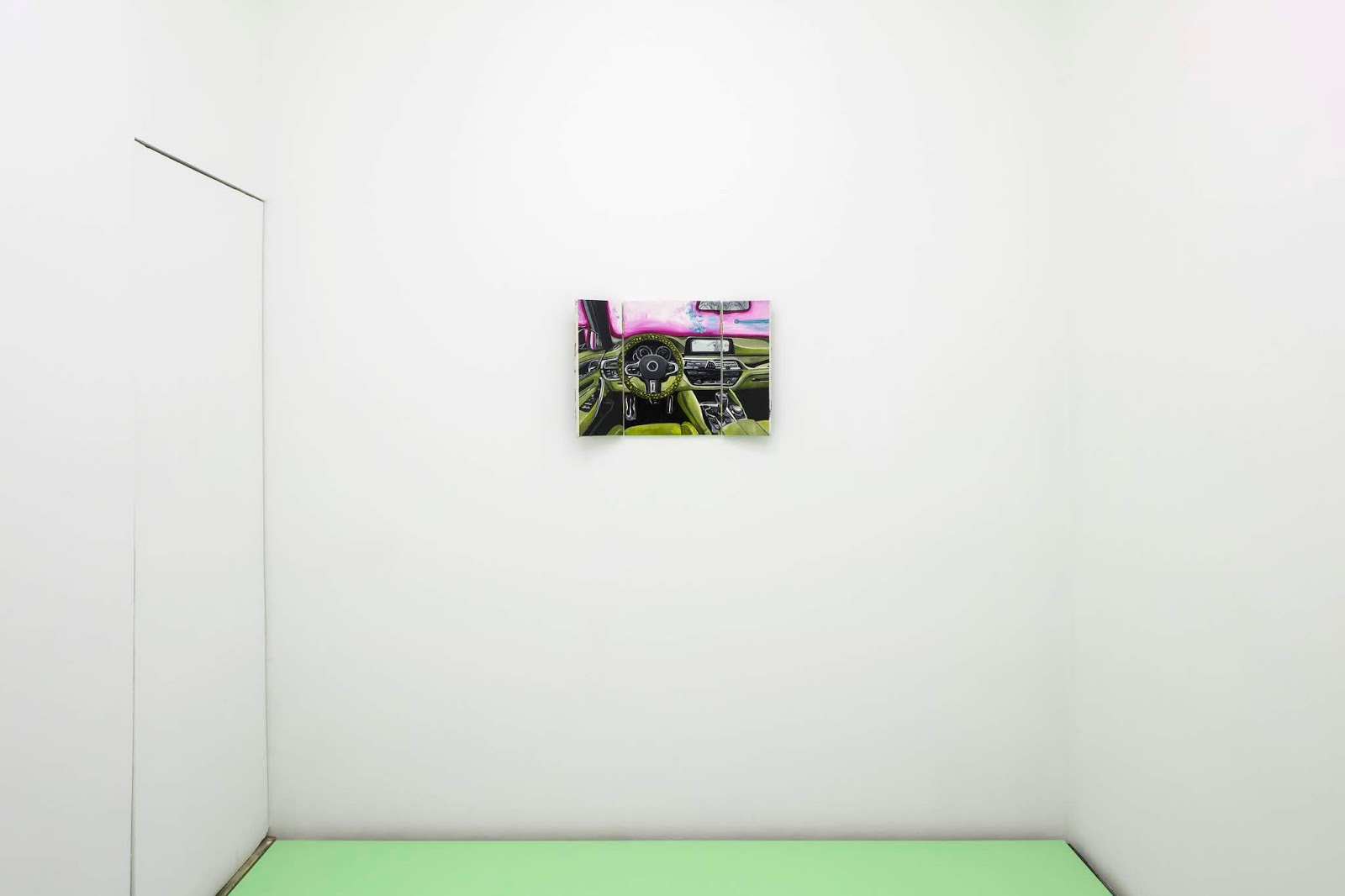 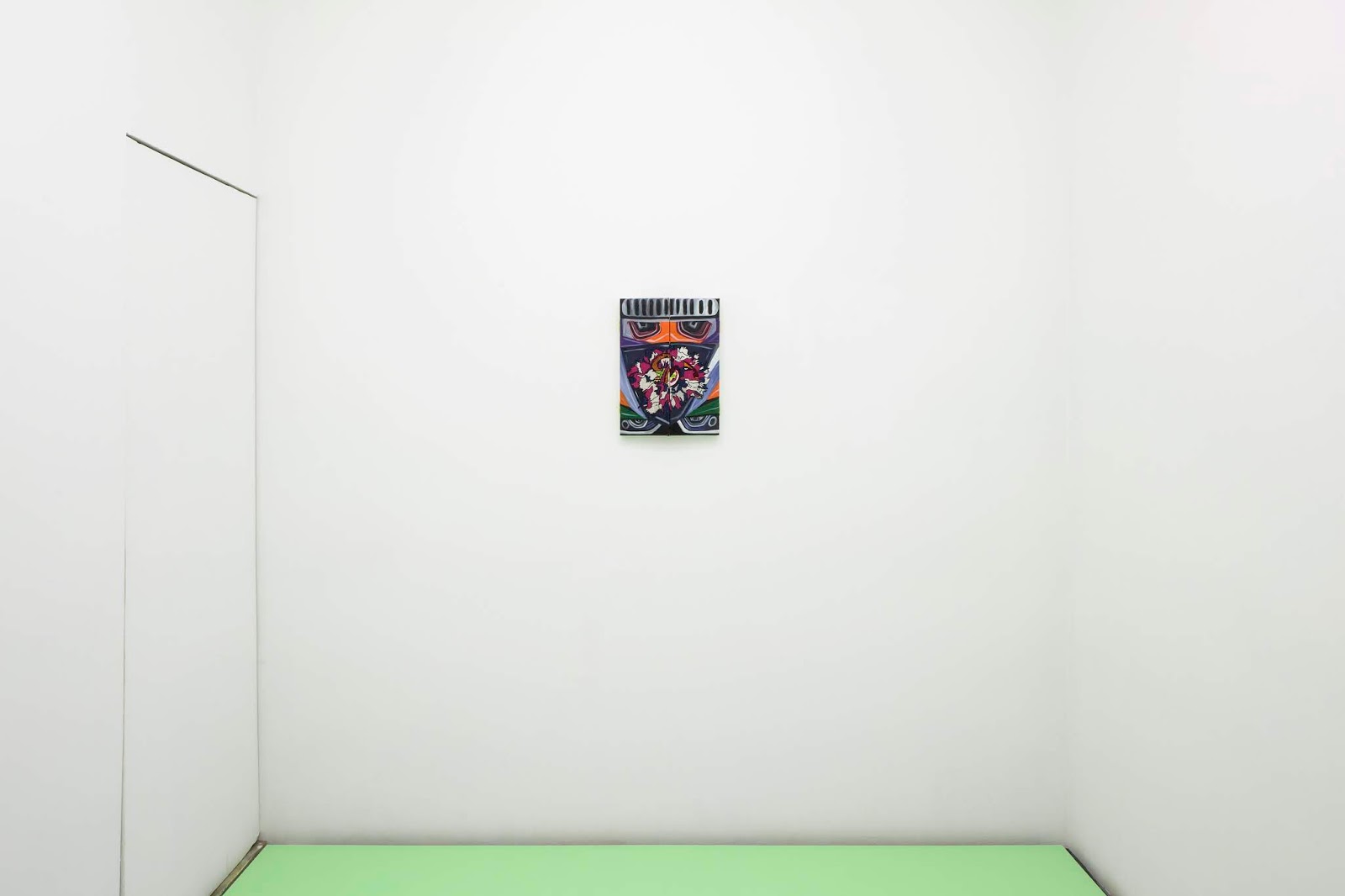 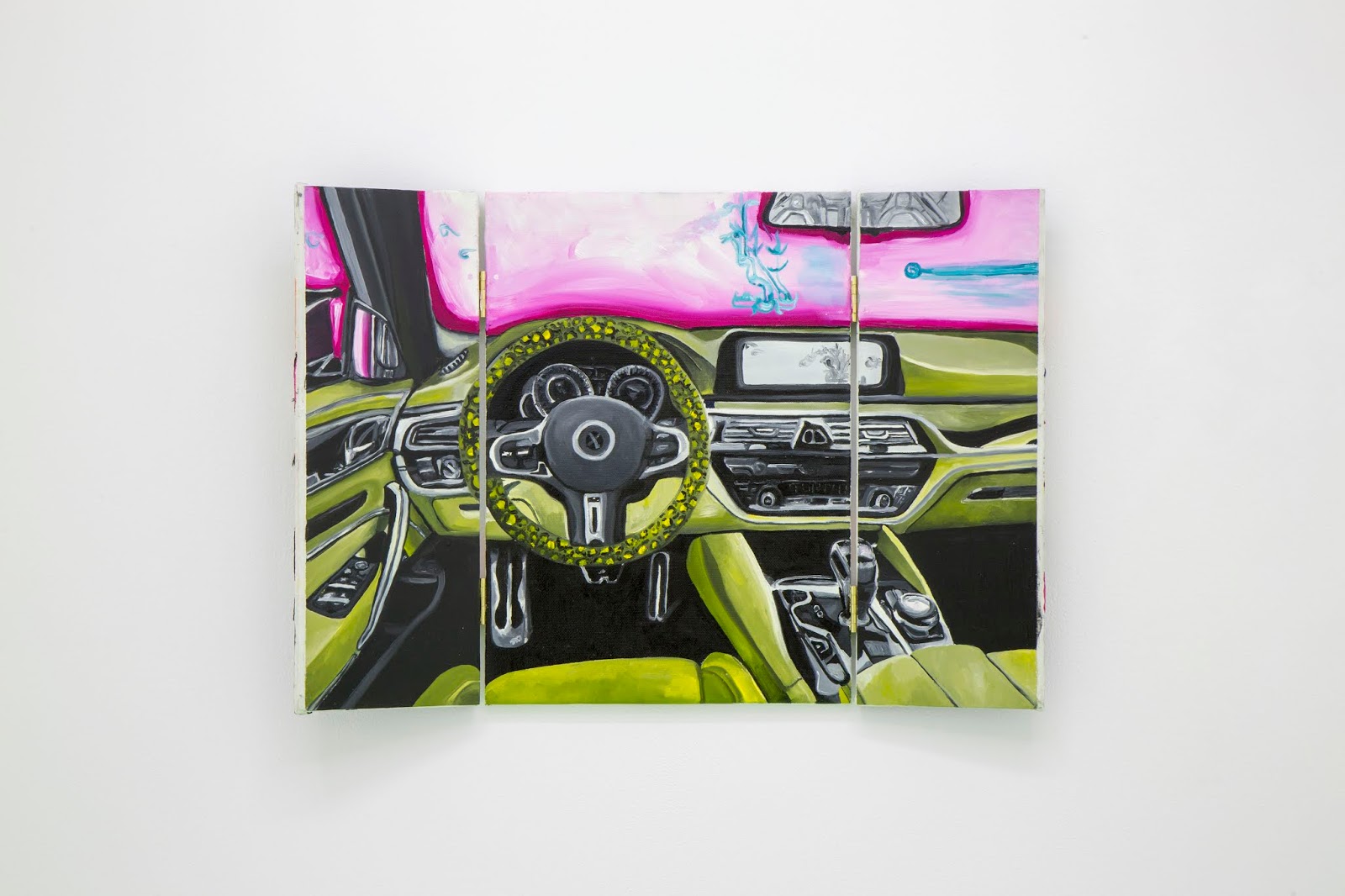 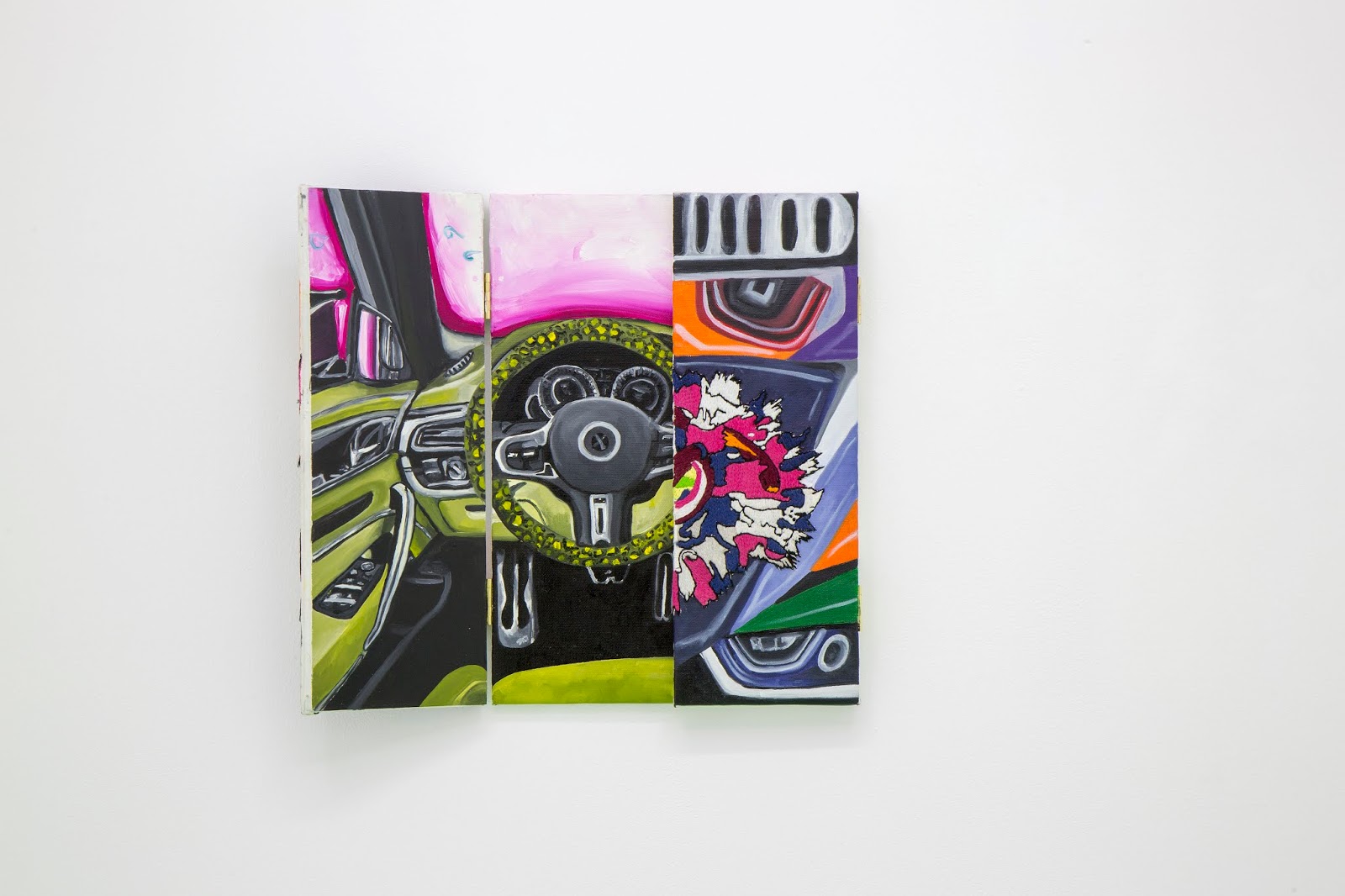 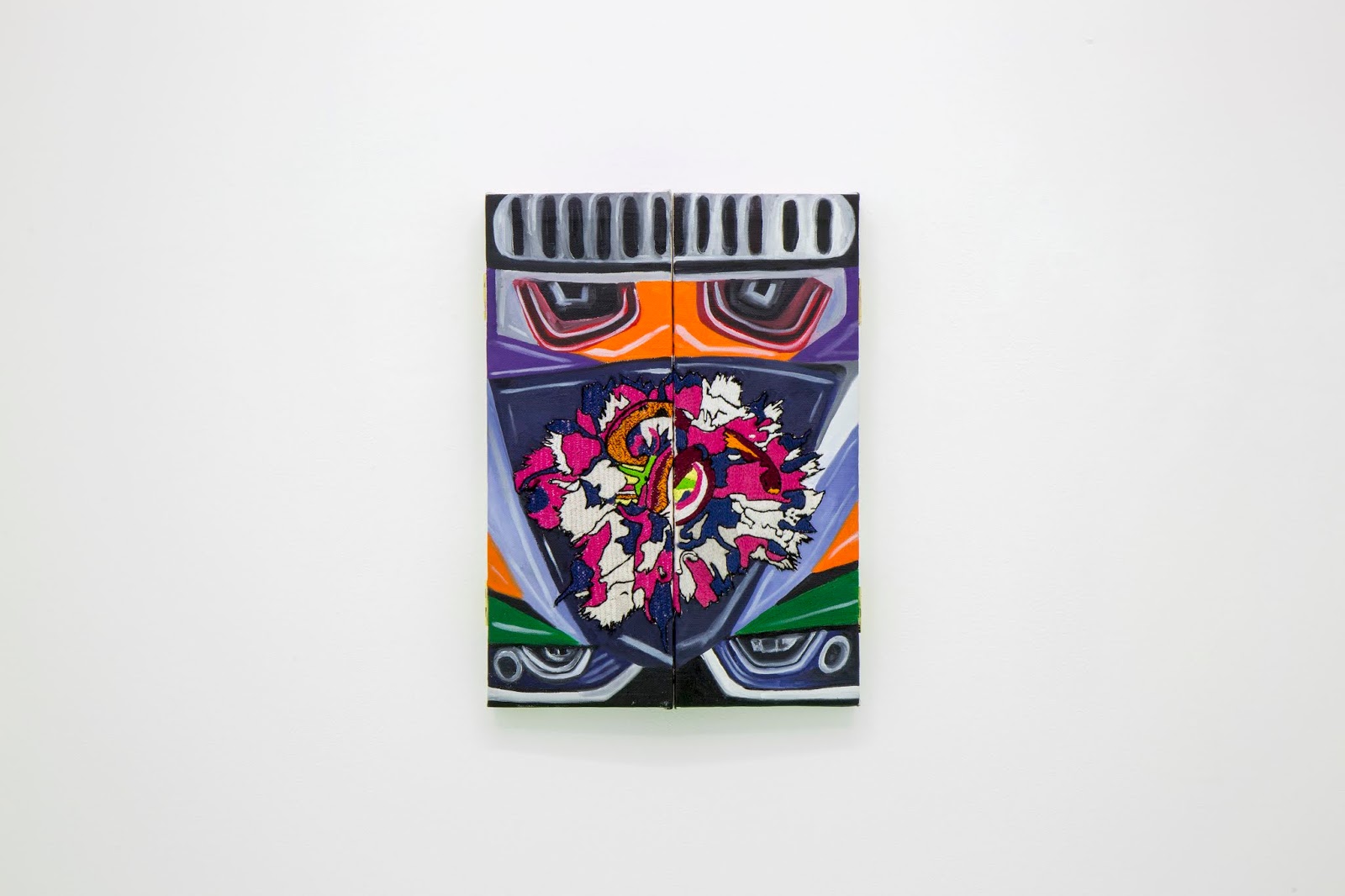 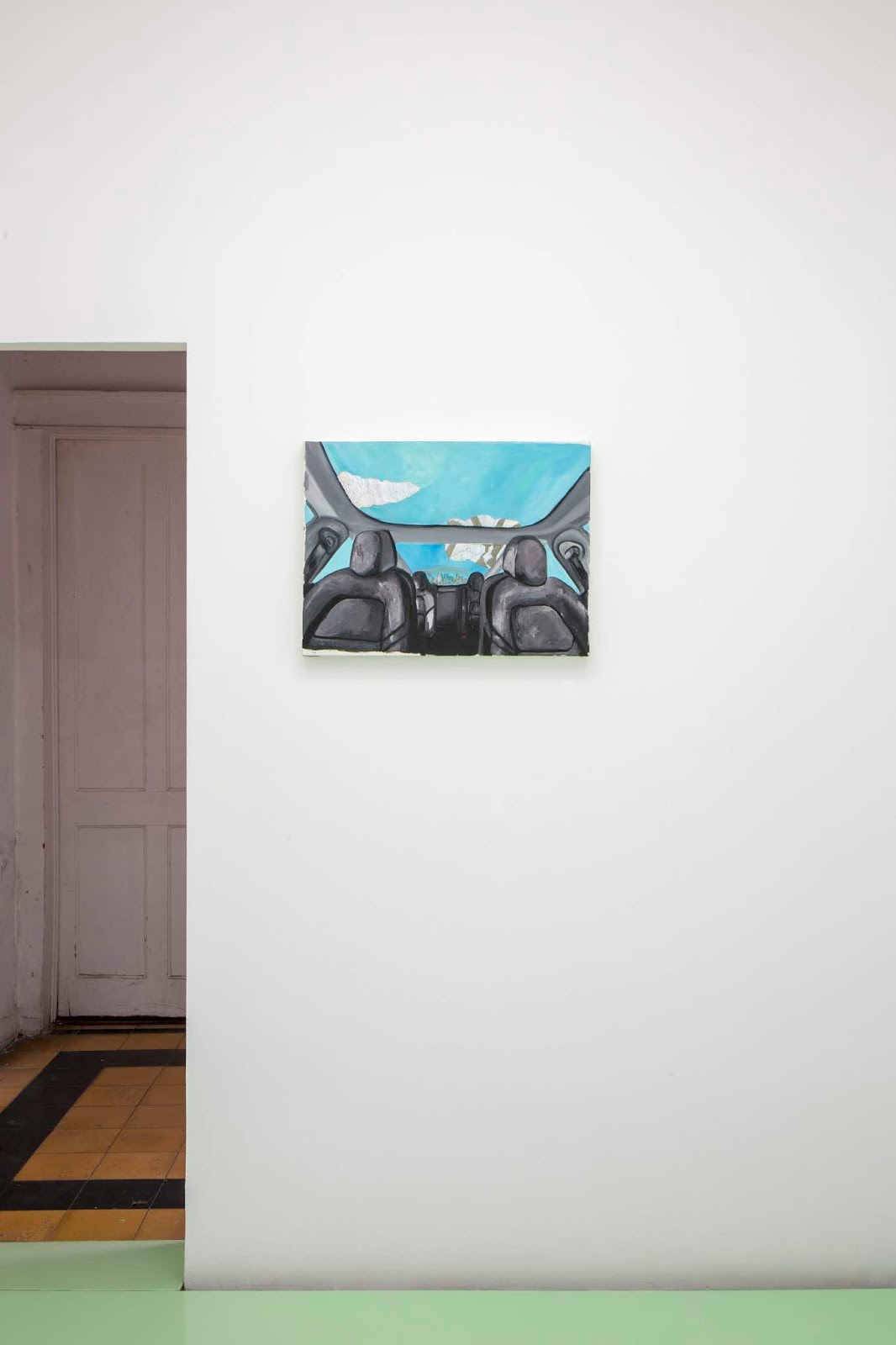 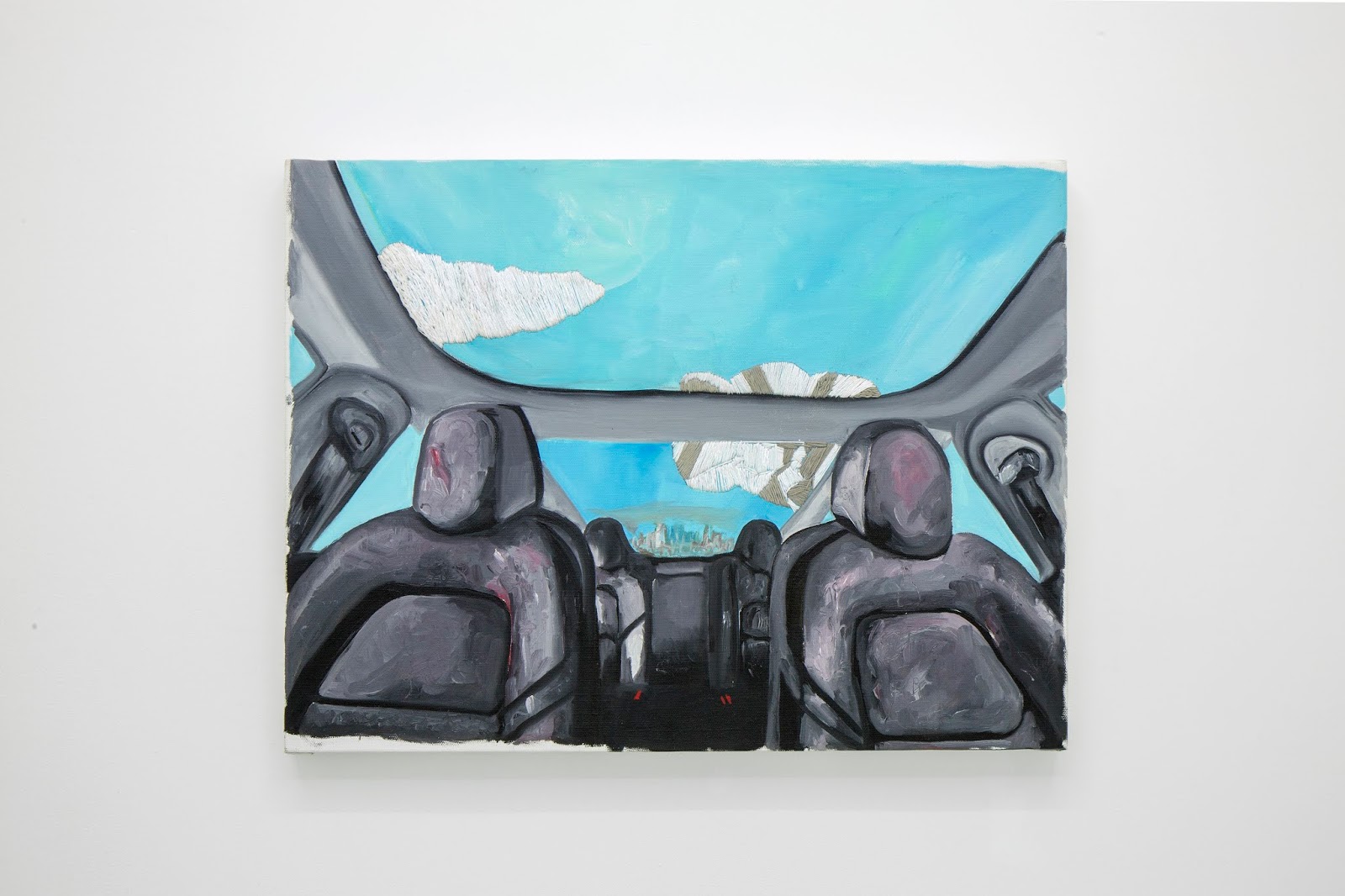 Lulu is proud to announce a solo exhibition of the Mexican painter Frieda Toranzo Jaeger.

Frieda Toranzo Jaeger makes agreeably strange, muscular and seductive paintings. What at first glance might seem to be very much about cars and the female body, quickly yields, upon more sustained consideration, to a dense nexus of issues and interests. Carefully selected motifs are deliberately imbricated within a history of painting which includes everything from the alter piece to traditionally feminine depictions of nature to questions of craft through the use of embroidery. These modes rub up against and come into conflict with more conventional signifiers of masculinity, power and taste, which are embodied in decoration and cars, and which she is known to lavishly portray with anatomical precision. As can be seen through her dense compositions and facture, painting itself as much the subject matter of her work as whatever she depicts. Conventional assignations of masculinity and femininity are deftly complicated and collapsed not only in her imagery, but also in how she constructs, paints and embroiders her paintings. And while this commitment to the medium and its history might seem to offer us, as viewers, a kind of aesthetic reprieve, it does not necessarily offer a way out.  Toranzo Jaeger’s skepticism is palpable, even spiritual. Where an infernal car interior might plausibly replace a crucifixion scene in an alter piece, a so-called eco-friendly Tesla will not lead to any real redemption.