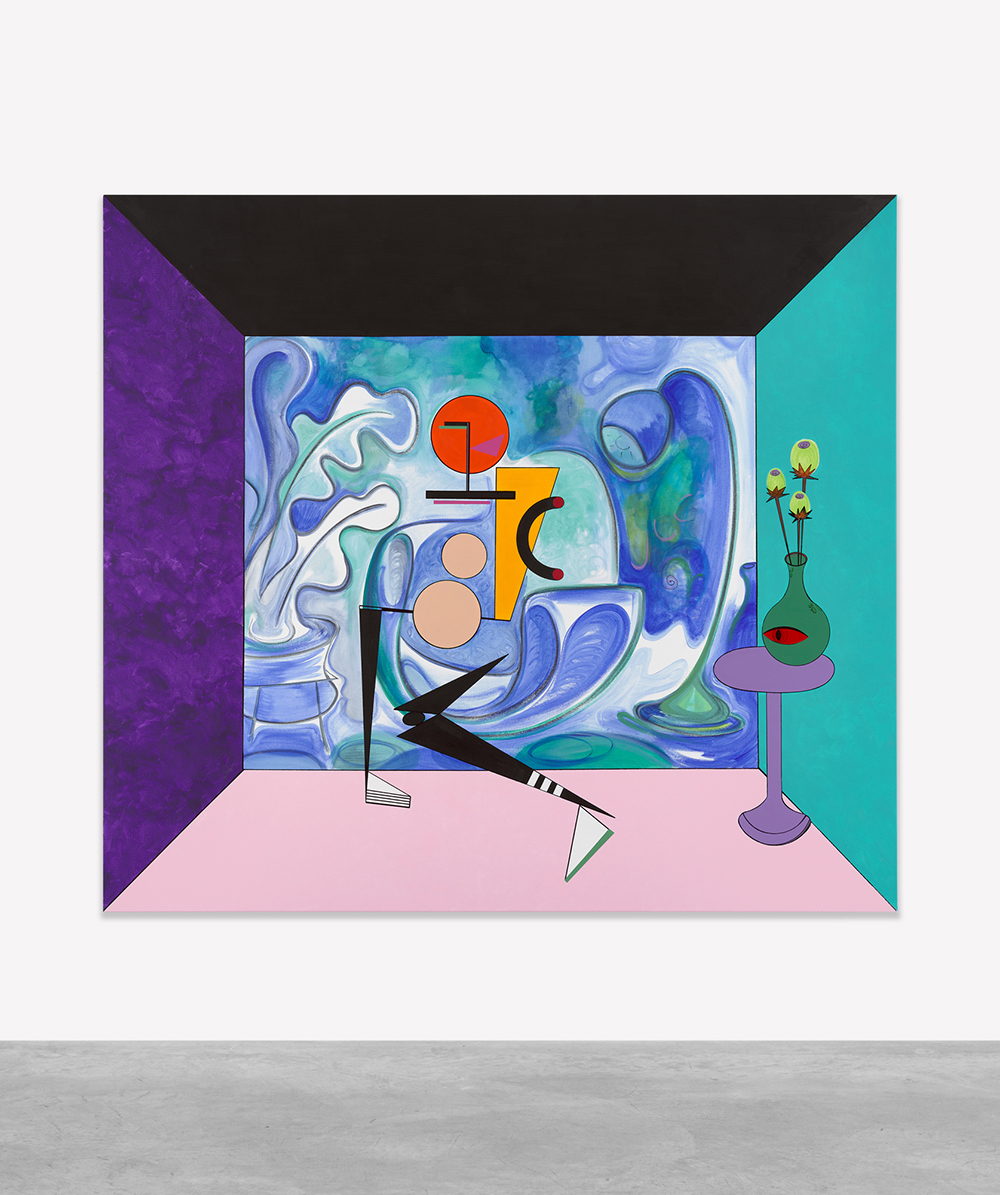 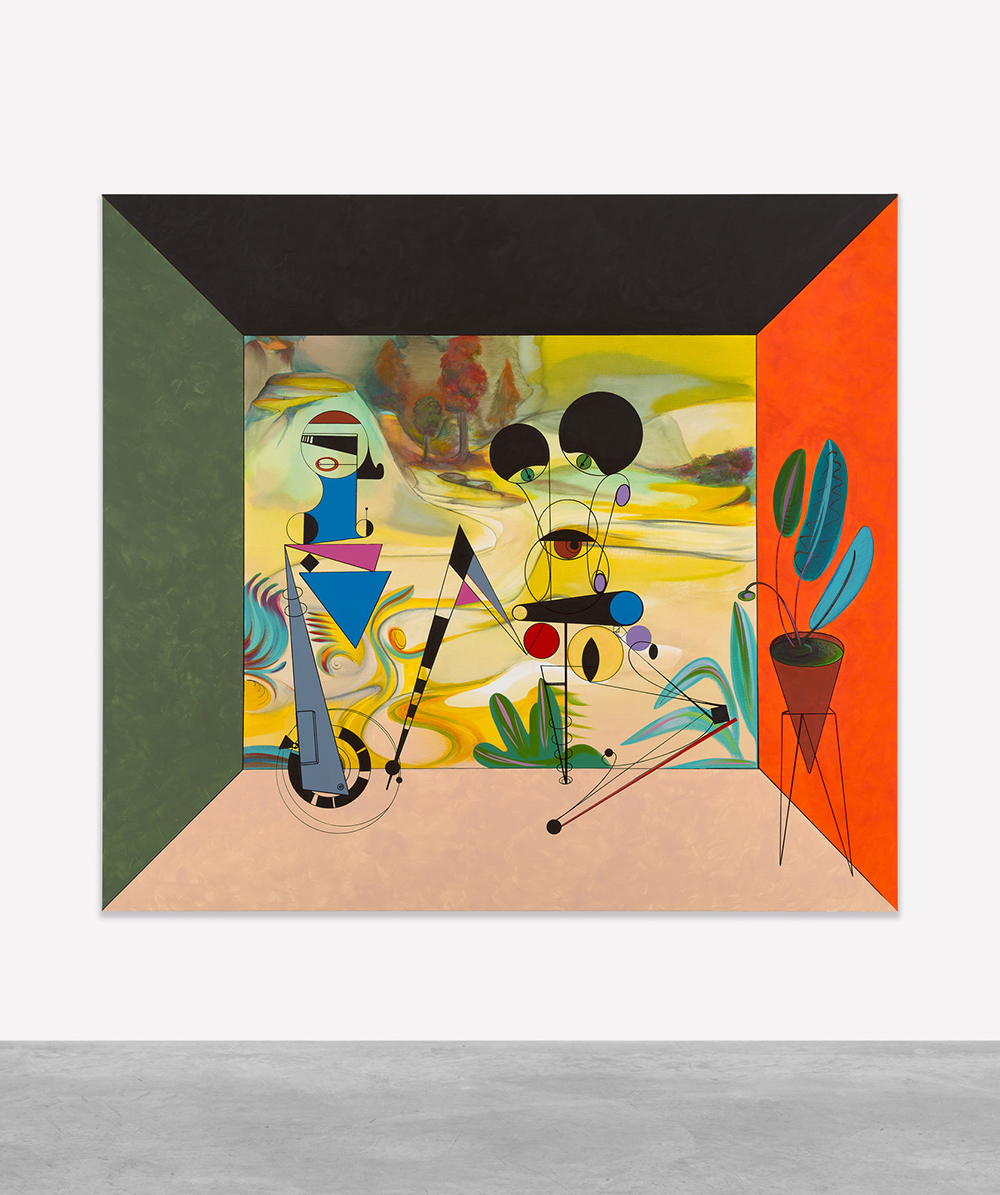 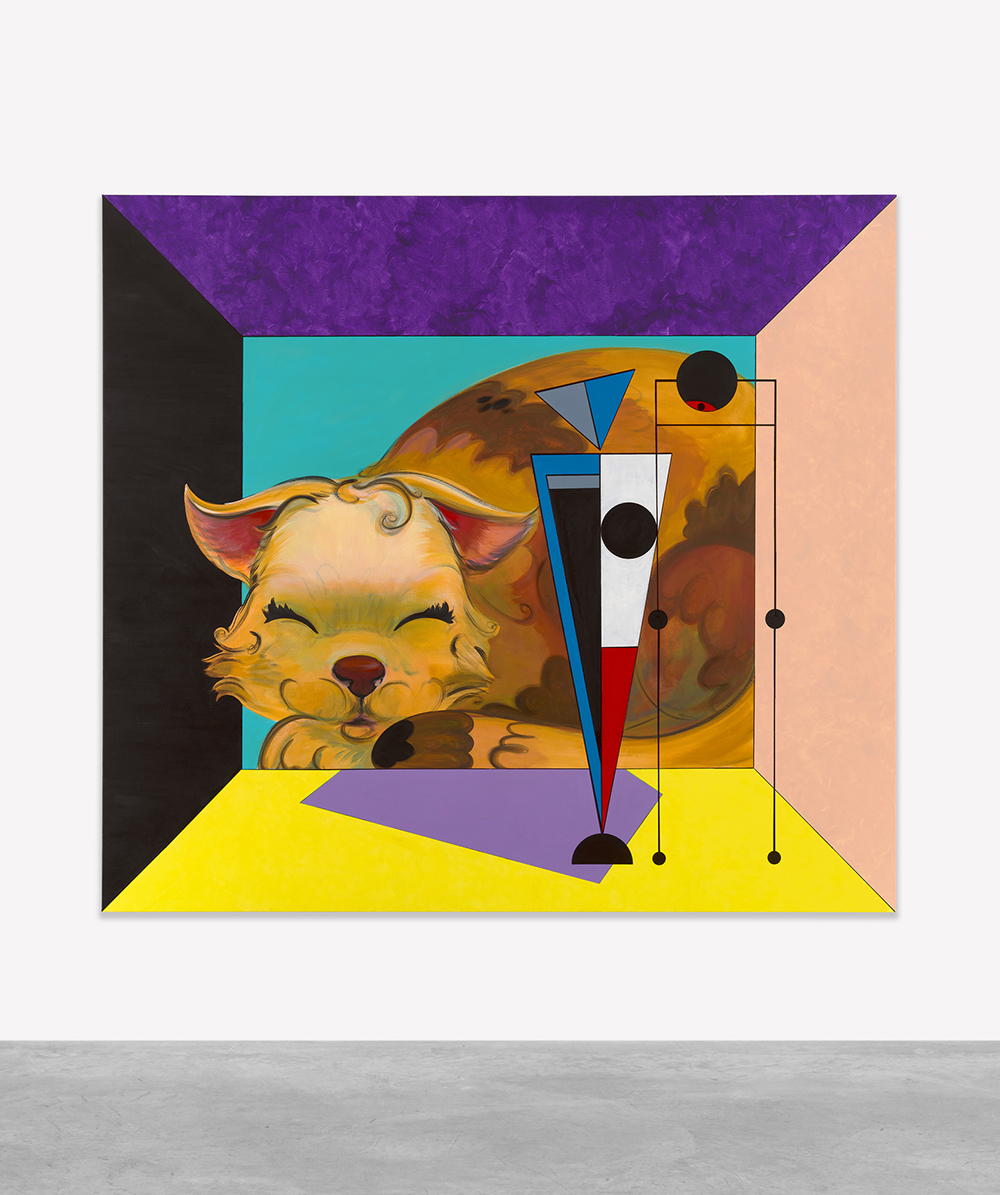 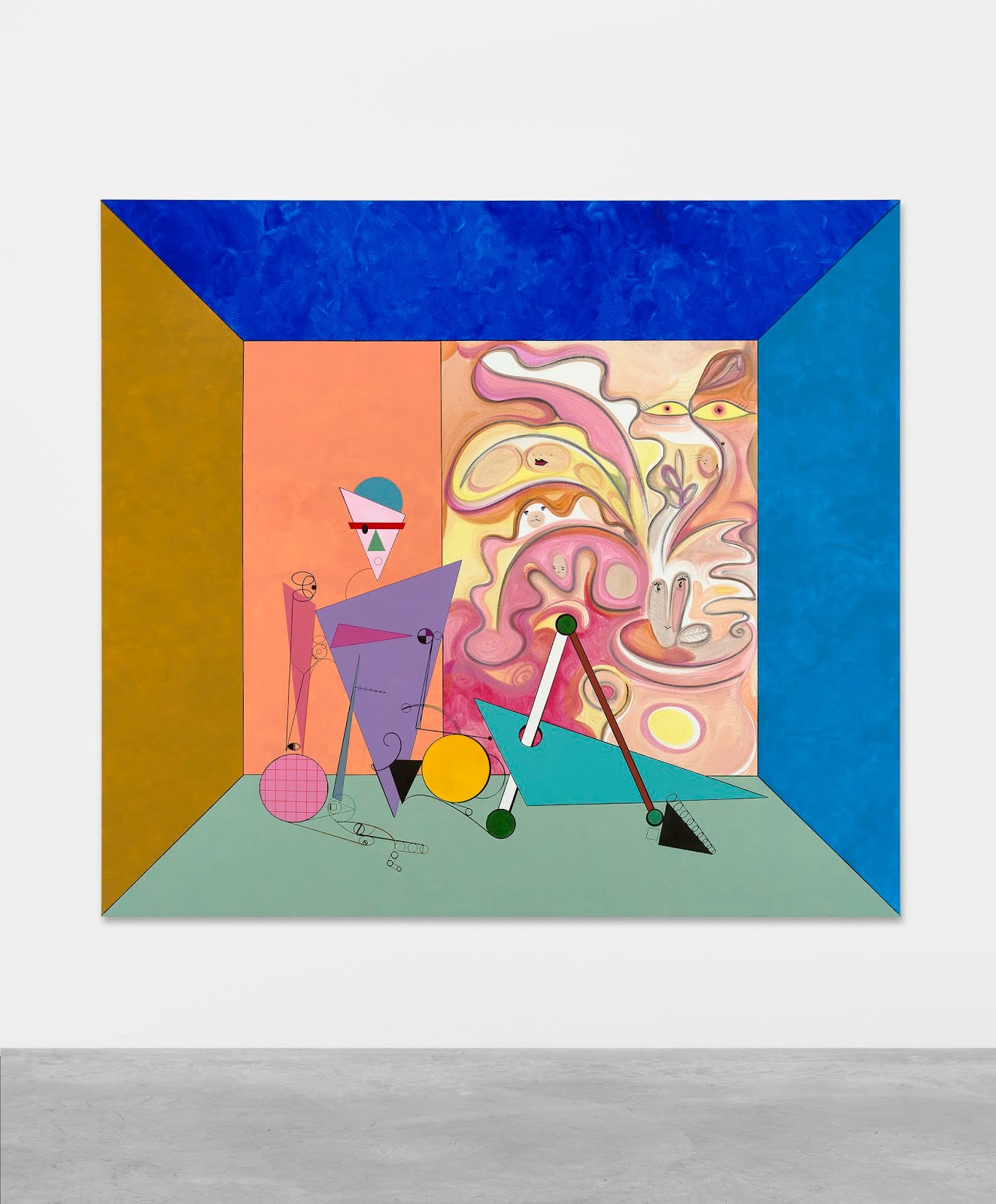 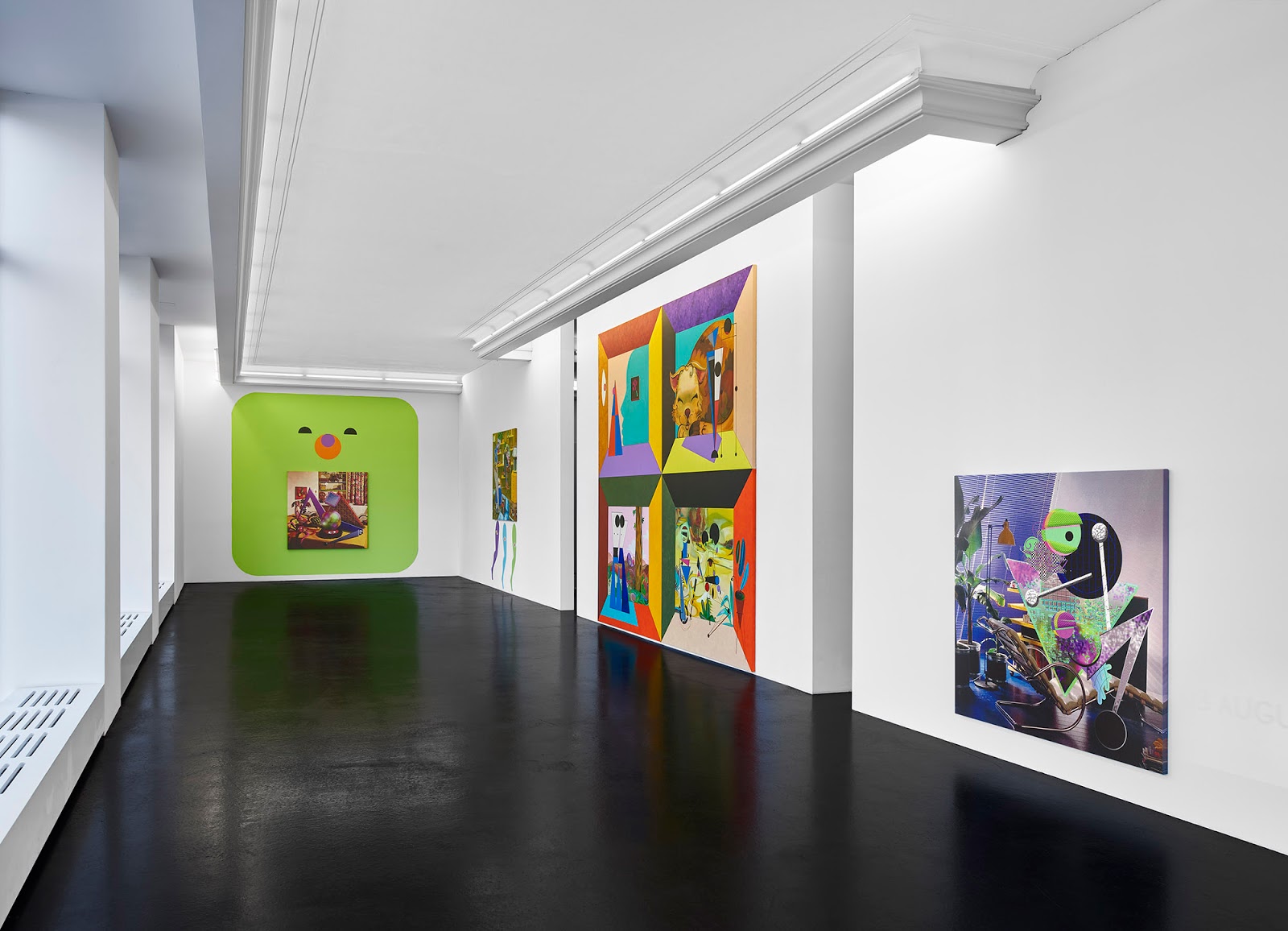 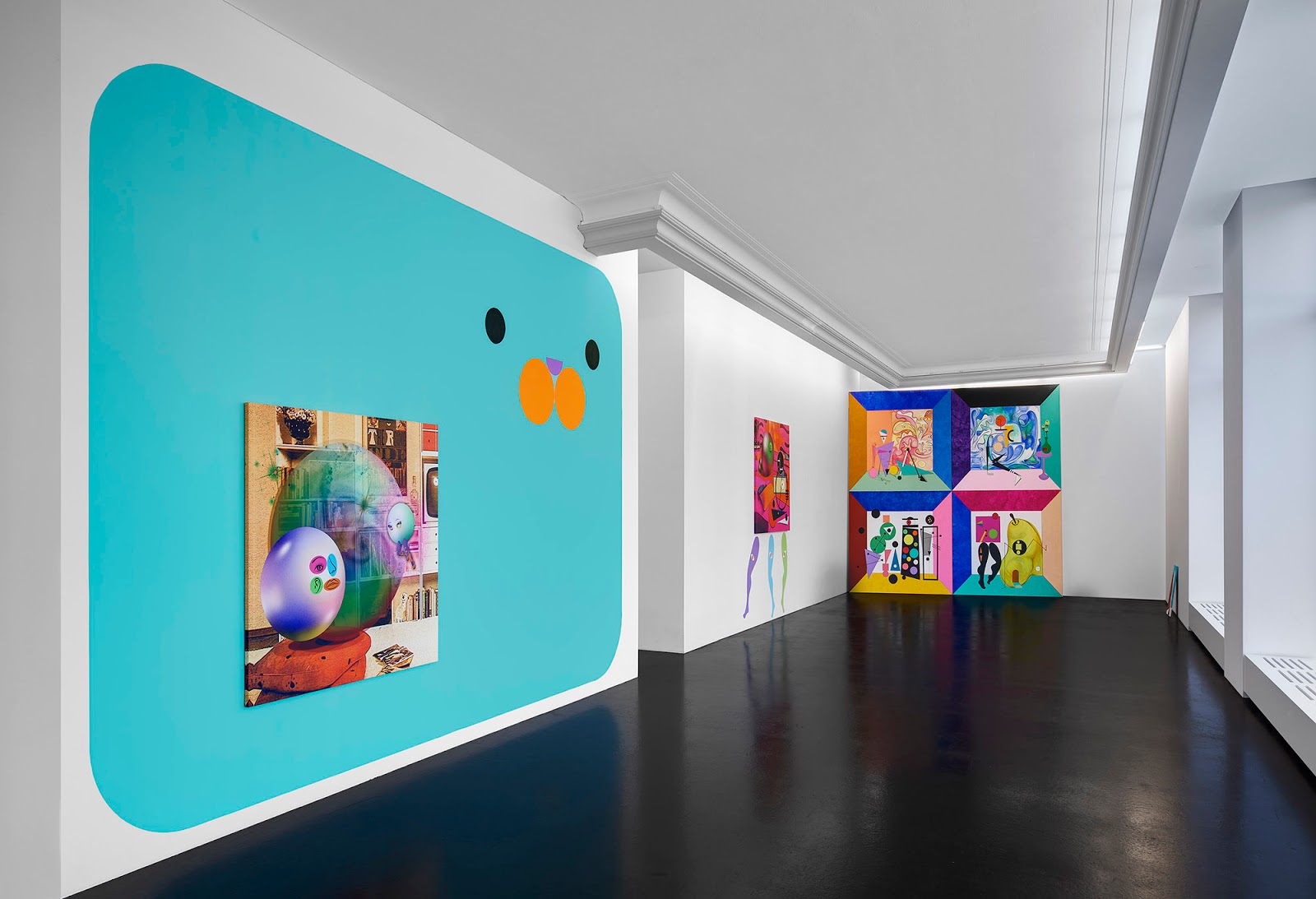 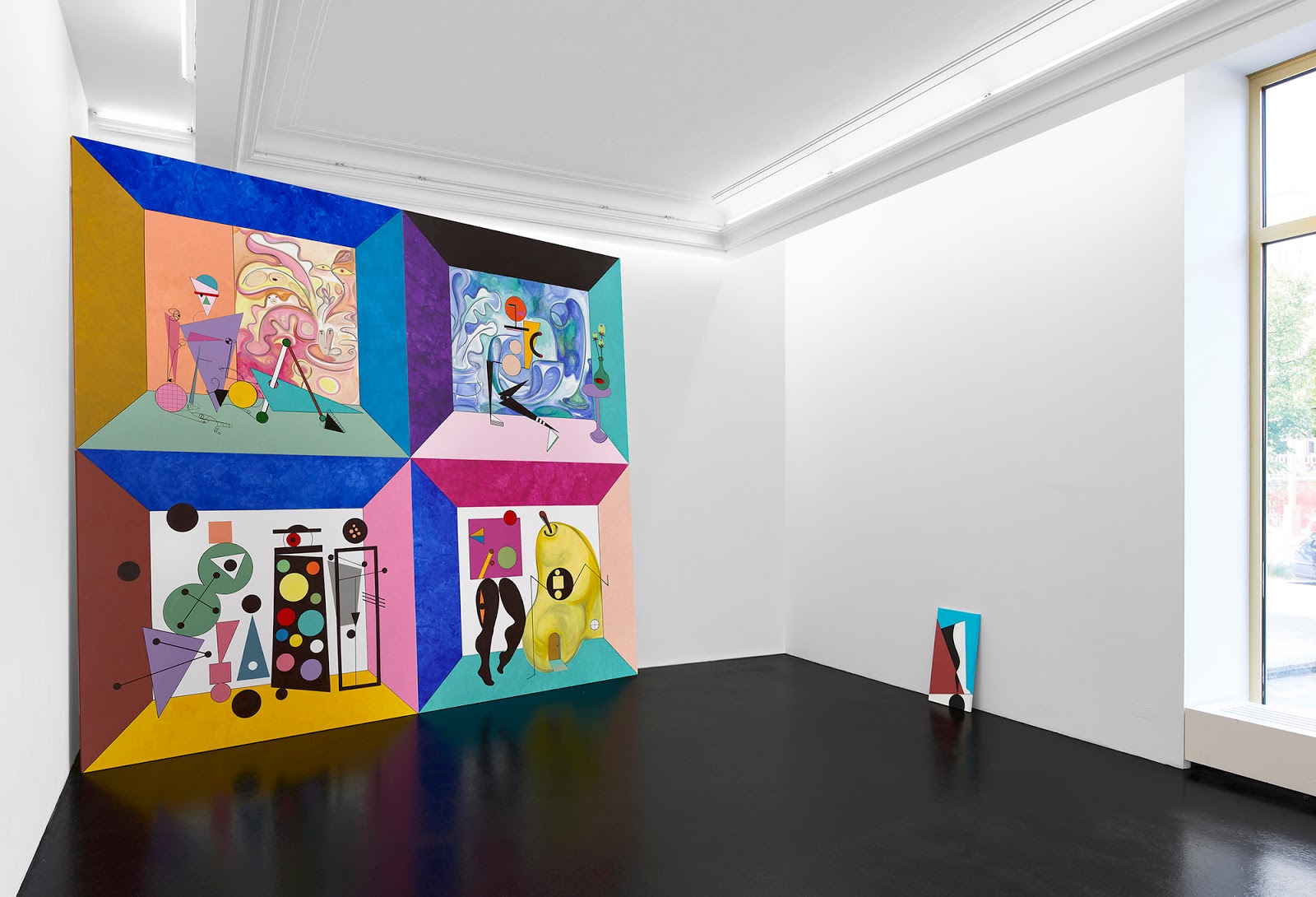 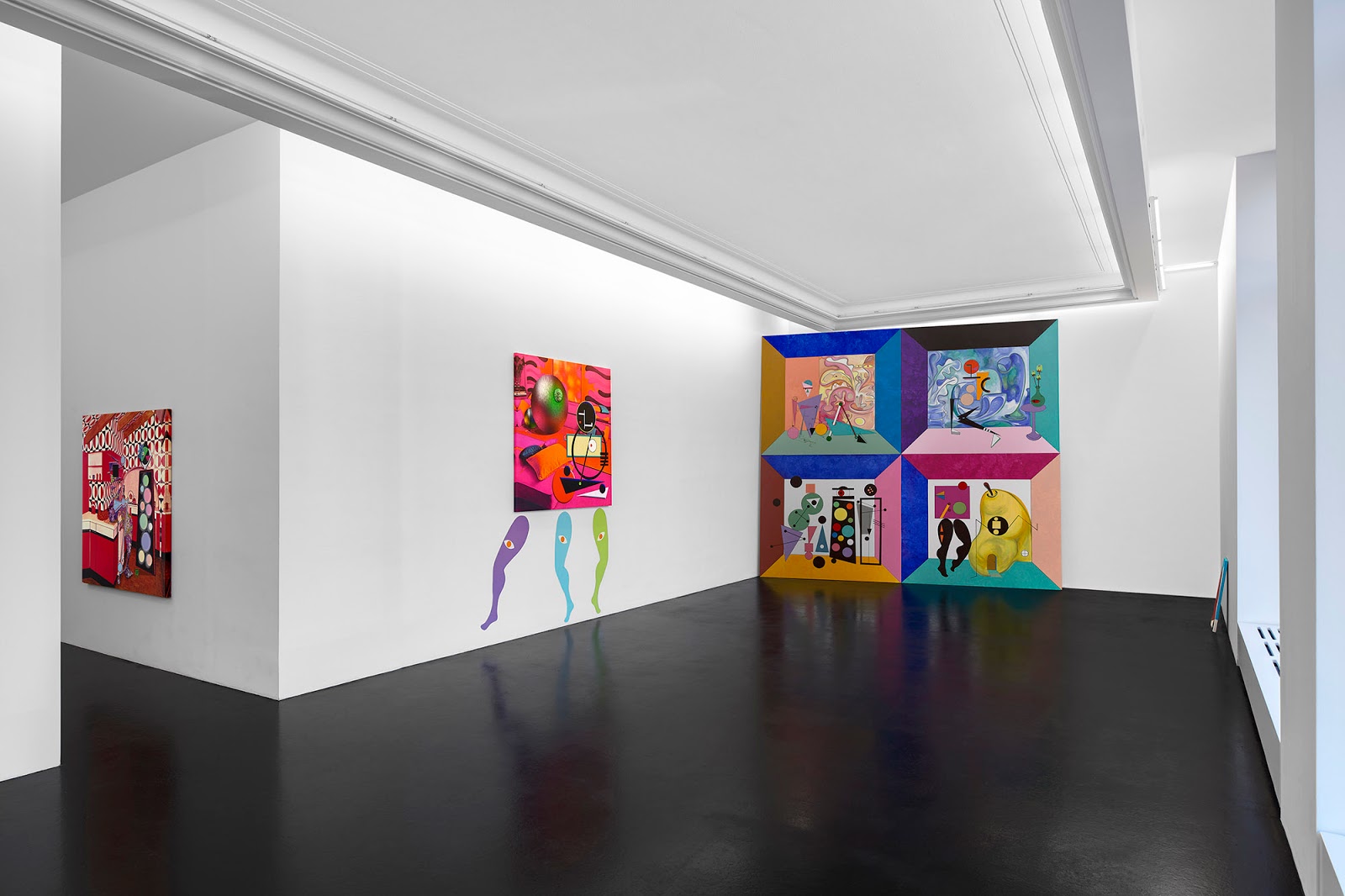 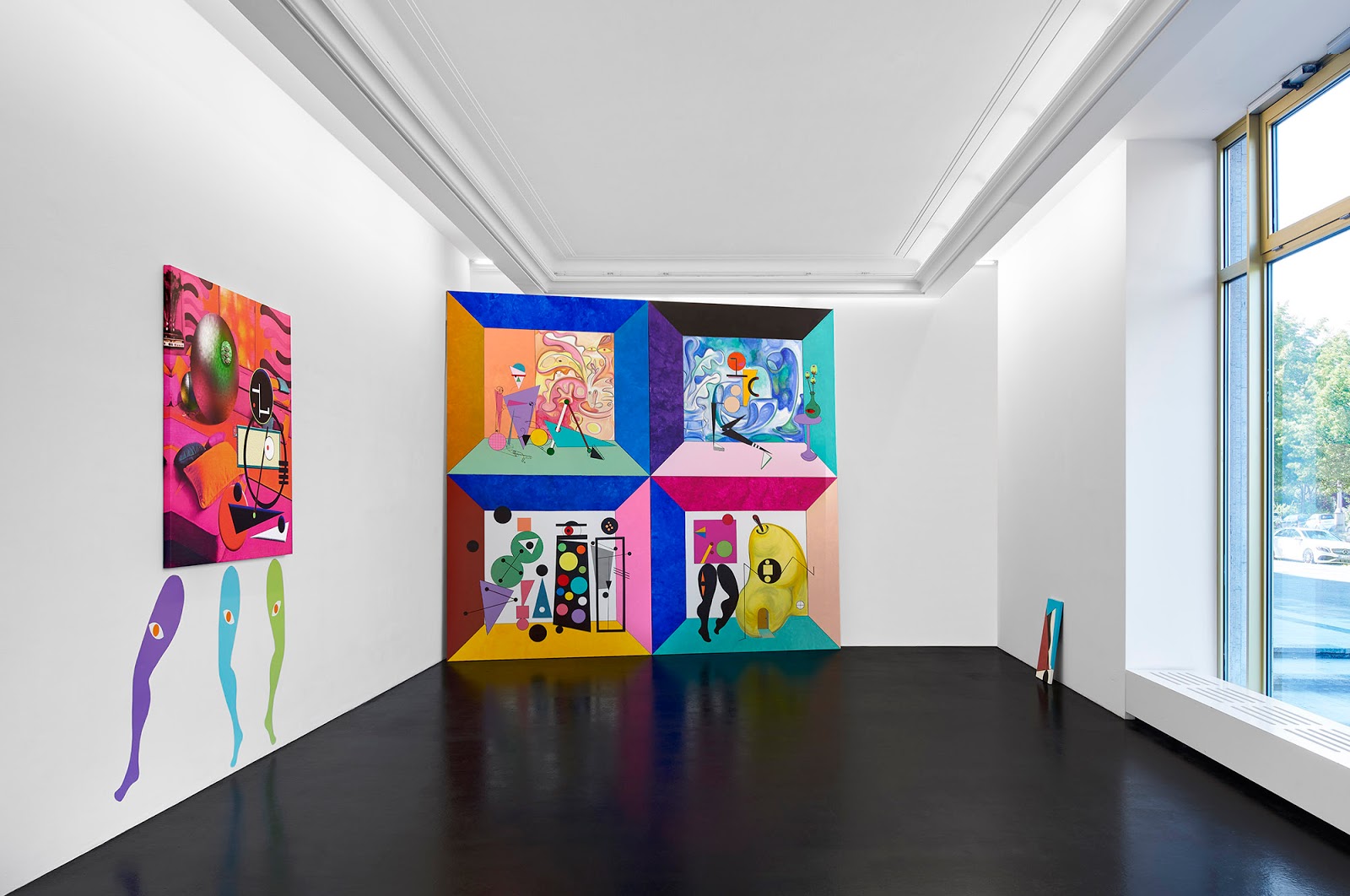 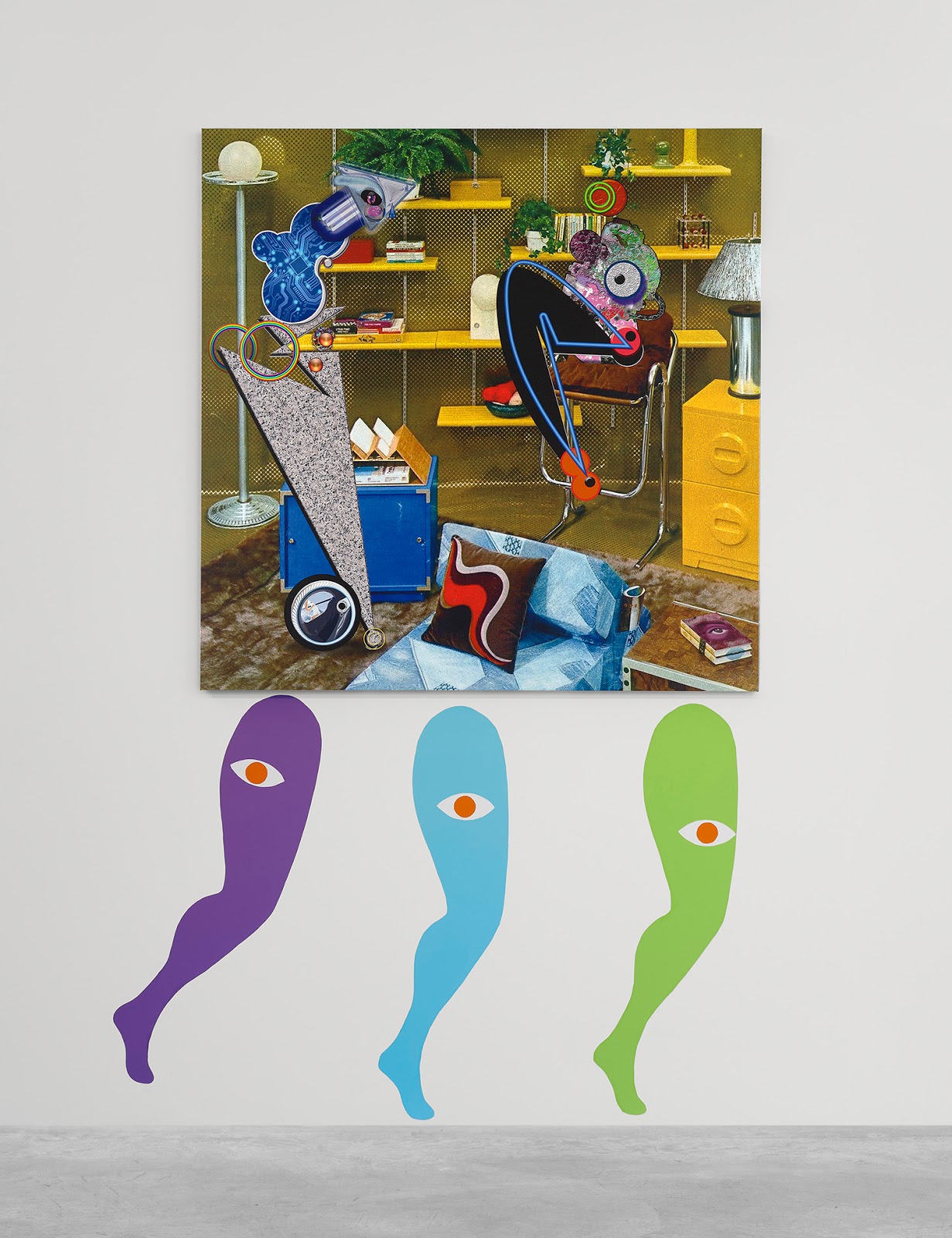 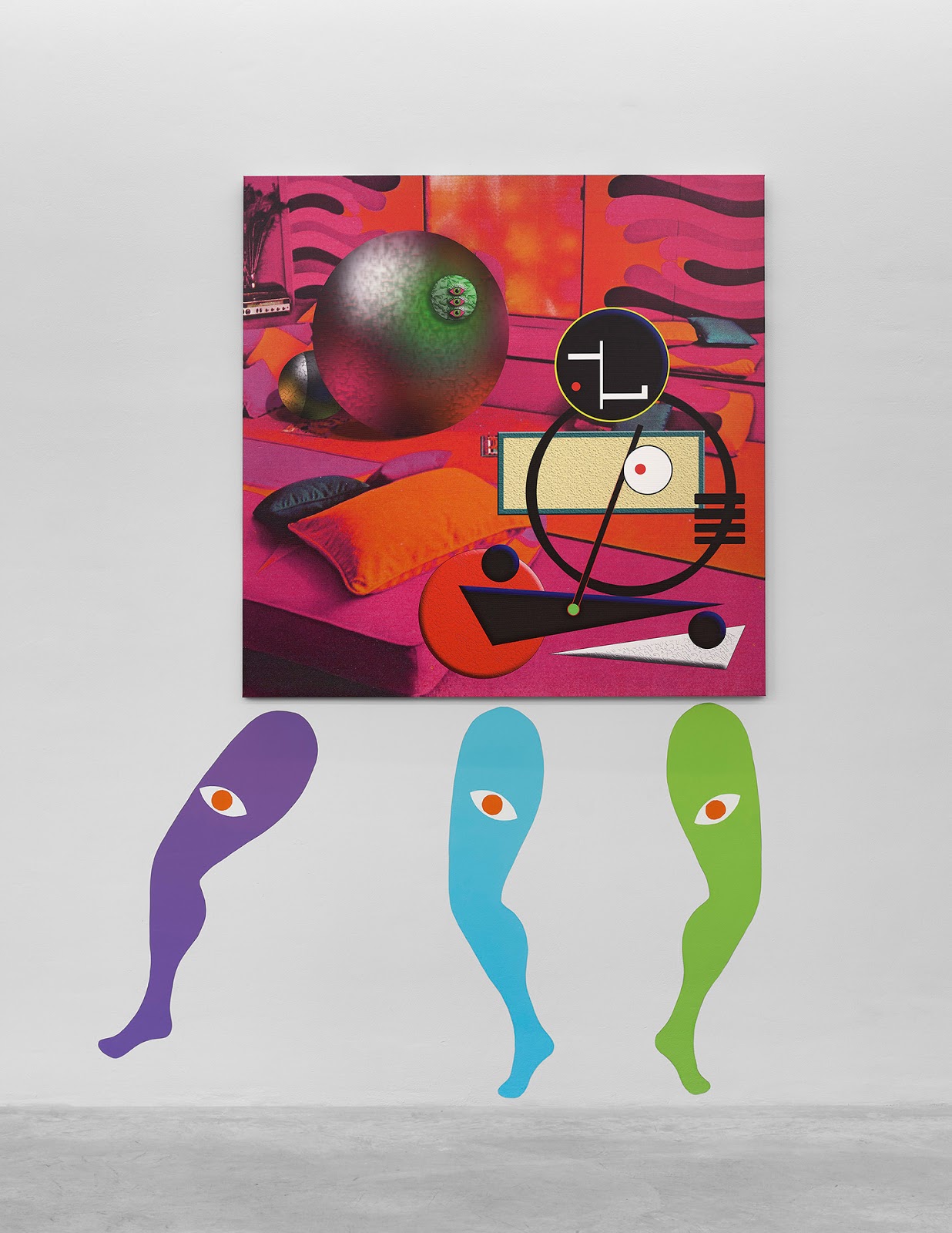 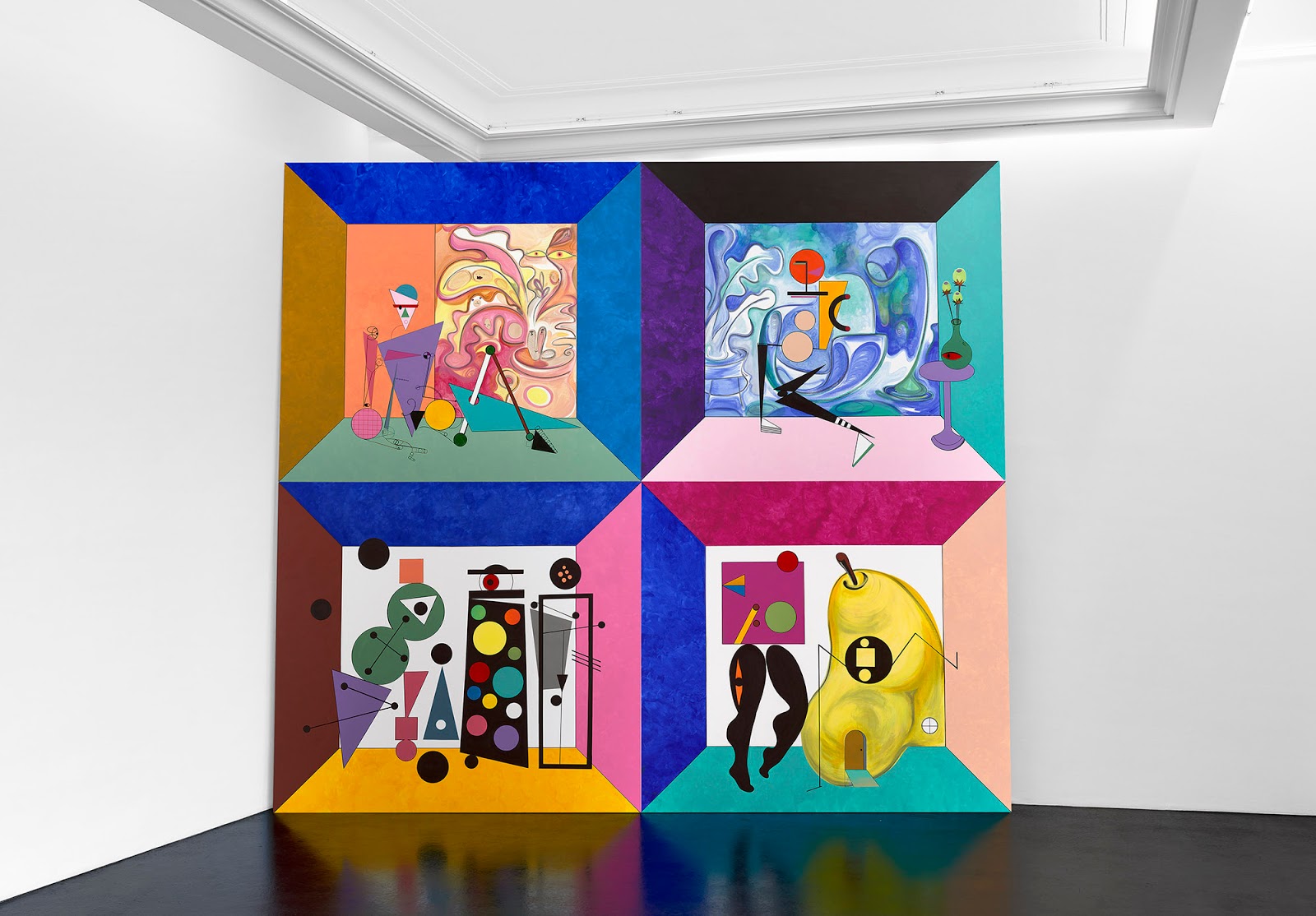 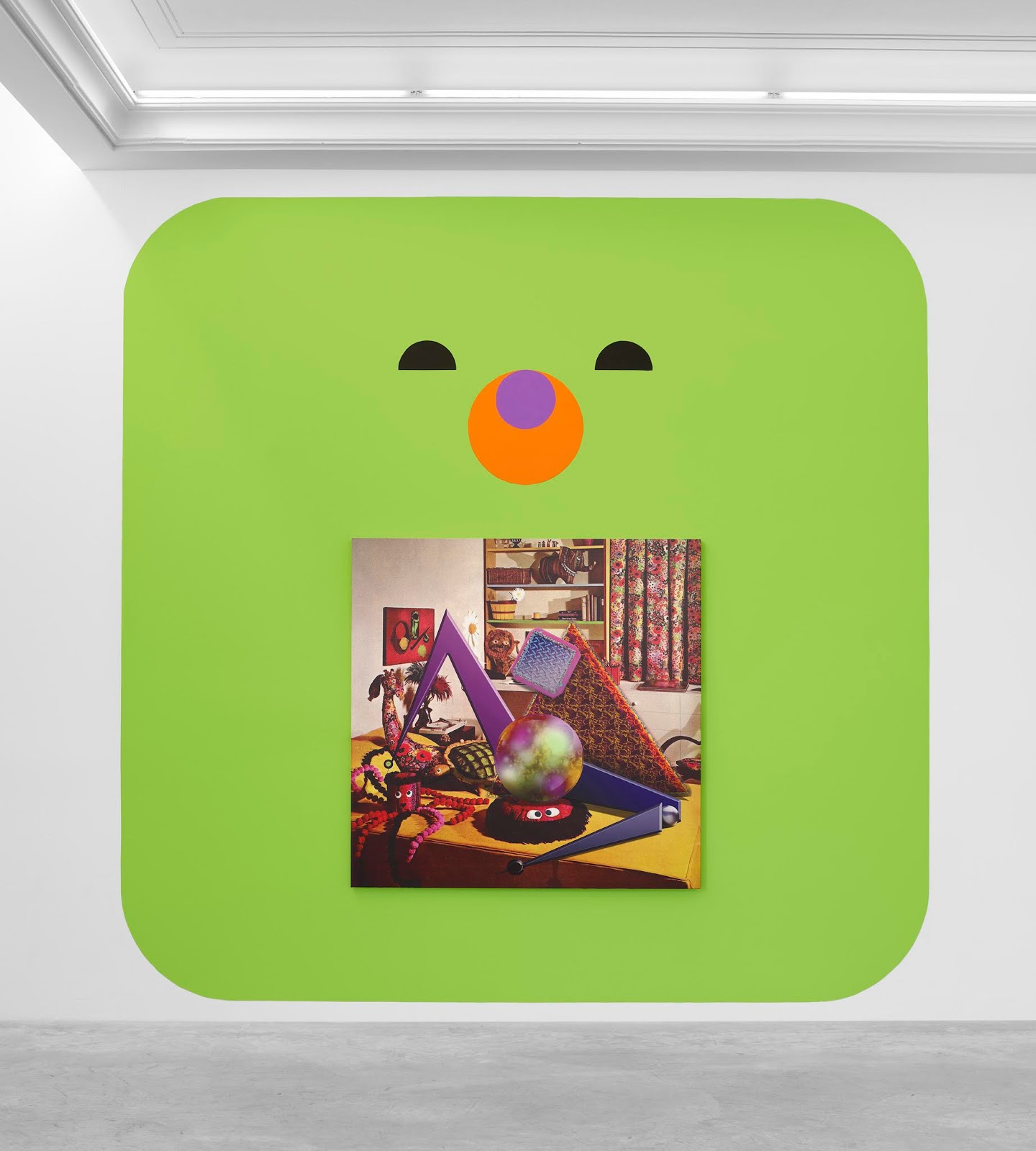 Peres Projects is pleased to present Dollhouse, Ad Minoliti’s (b.1980, AR) first solo exhibition in Berlin. As implied in the title of the exhibition, Minoliti employs the symbology of dollhouses in new wall murals and paintings in order to understand and present non-binary alternatives to contemporary social hierarchies, specifically those based on gender roles and sexuality.

The western notion of dollhouse toys were introduced in the 17th century as both a display of the wealth contained in one’s home, and primarily as a pedagogic tool parents and institutions used to instruct girls on household management. Young girls were shown that their world revolved firmly around the home, a place where they could aspire to support the goals of their husband and children. In more contemporary times, though superficially stripped of these more literal pedagogic traditions, dollhouses are still typically introduced into the play of young girls to serve the same function.

Minoliti’s stacks of brightly colored acrylic paintings architecturally reference the backside of these dollhouse toys, allowing us to peer into the “rooms” of an alternative social narrative. At the same time, the gallery is populated by Minoliti’s printed paintings on canvas which present queer interiors inhabited by geometric cyborgs. These digital paintings are hung, juxtaposed on top of large scale, hand painted wall murals which conjure wall paintings in a child’s playroom.

Instead of the familiar feeling of visiting our childhood home where all of our favorite toys have shrunk, evoking a sense of nostalgic distance, the blown up scale and immersive quality of Minoliti’s installation presents us with these objects as if for use in our adult lives. This superimposition of these alternative childhoods onto our adult identities, challenges us to question the validity of binary logic and social hierarchies at large.

When I was a teenager, I would make photonovels with metaphysical and geometrical characters; it was a sort of critique of the repressive and conservative themes most commonly used by metaphysical painters to discuss essentialist truths. I would have legs and modern chairs involved in heterosexual tragedies, or scenes involving buildings and plants to represent, respectively, masculinity/rationality and femininity/the organic, until I finally understood that to really expand those relationships I had to try to extract the human from the equation: modernist thought handed down to us a binary logic of the world. Masculine/feminine, culture/nature, order/chaos, evil/good, are mere discursive constructions to disguise, perpetuate and legitimize domination. And so, if this discourse was behind the metaphysical paintings I was studying, what was left out of their reductive avant garde? Infinite possibilities.