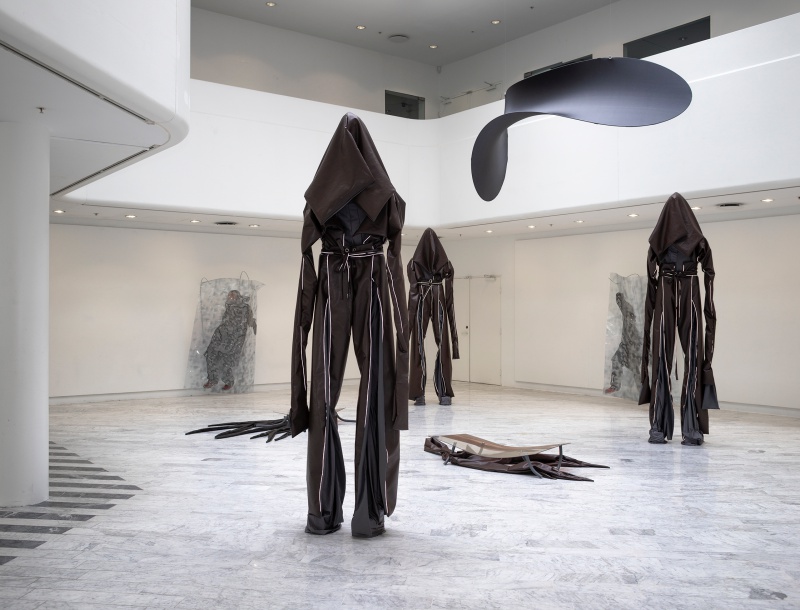 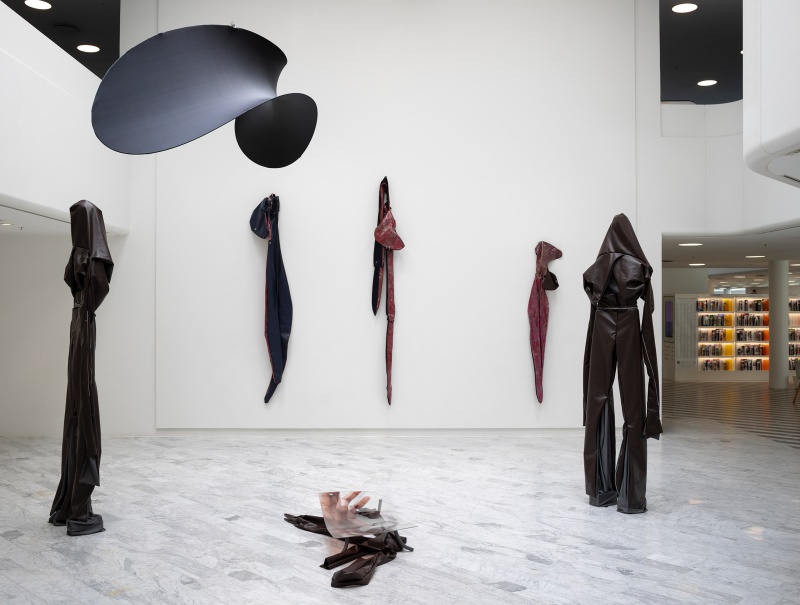 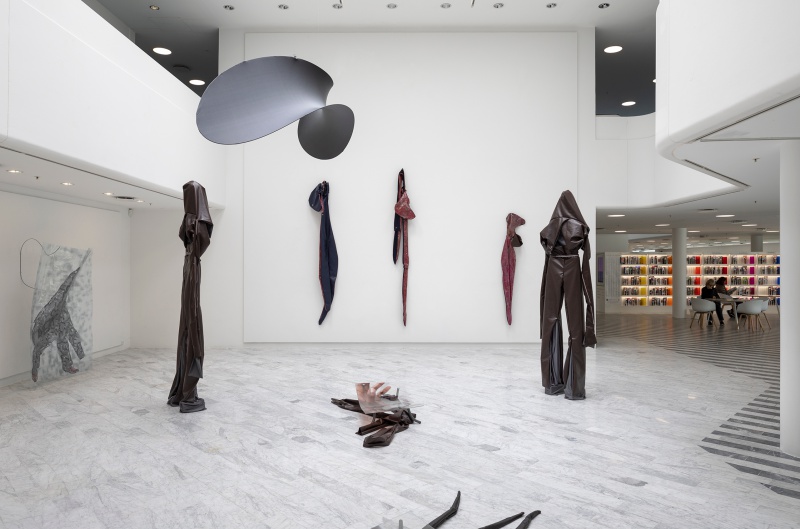 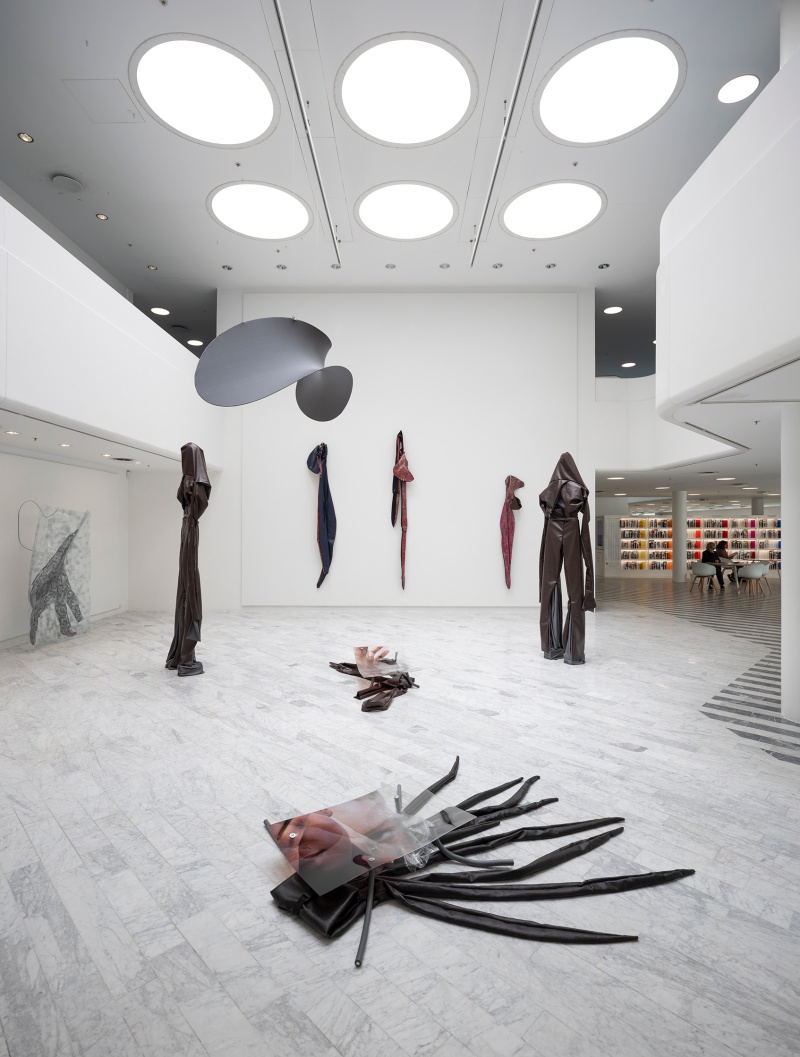 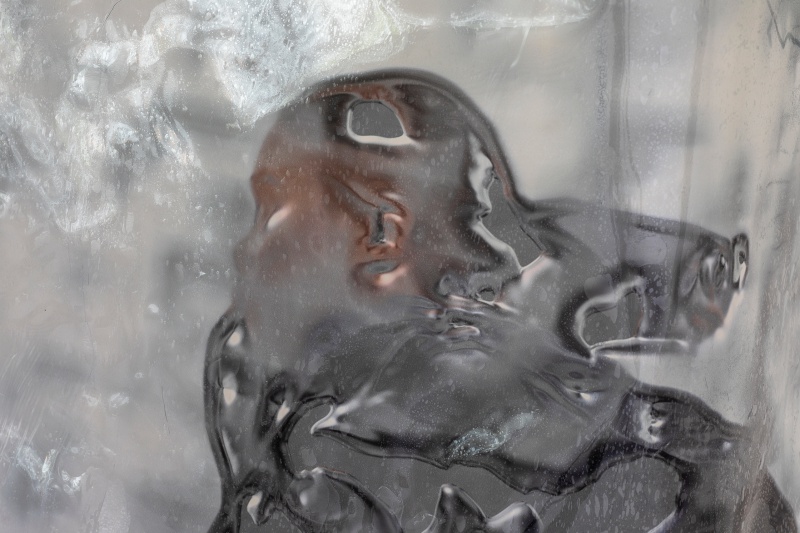 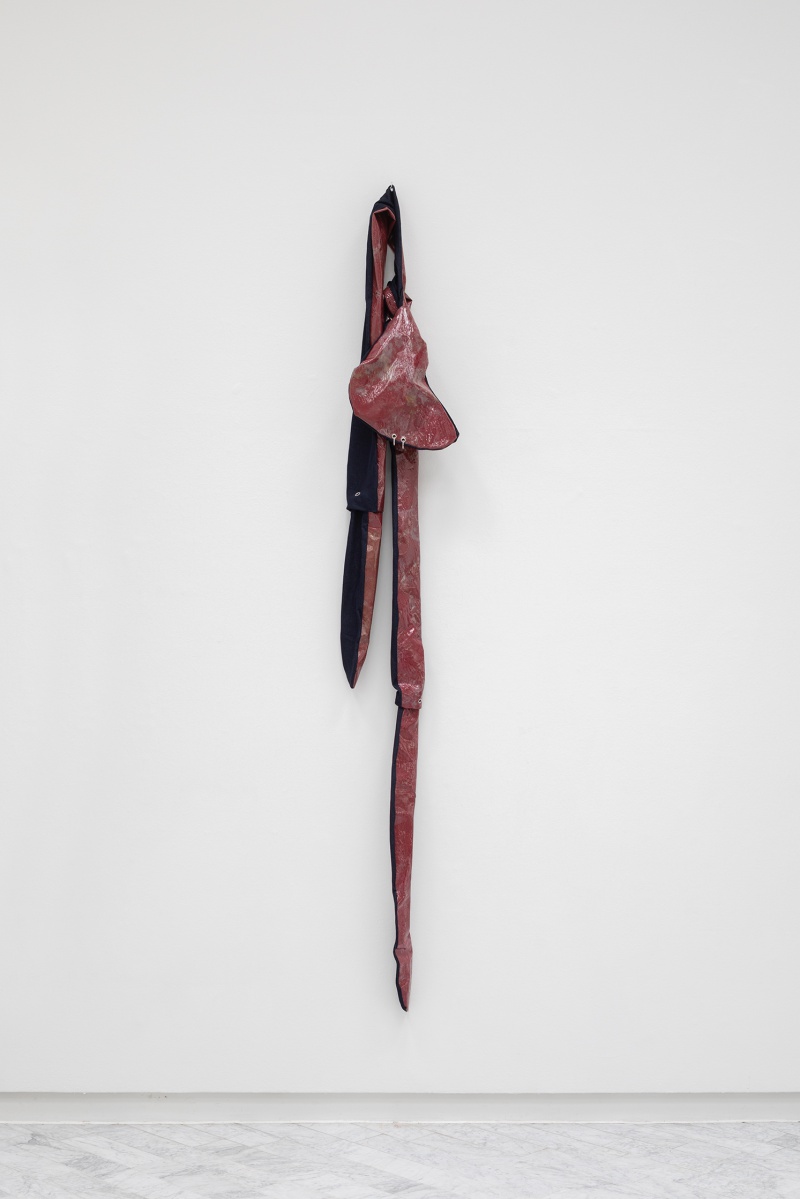 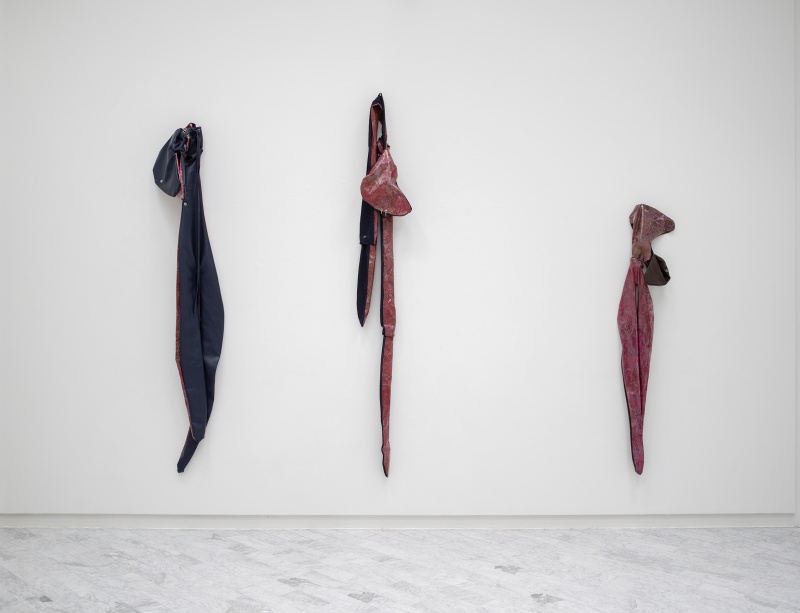 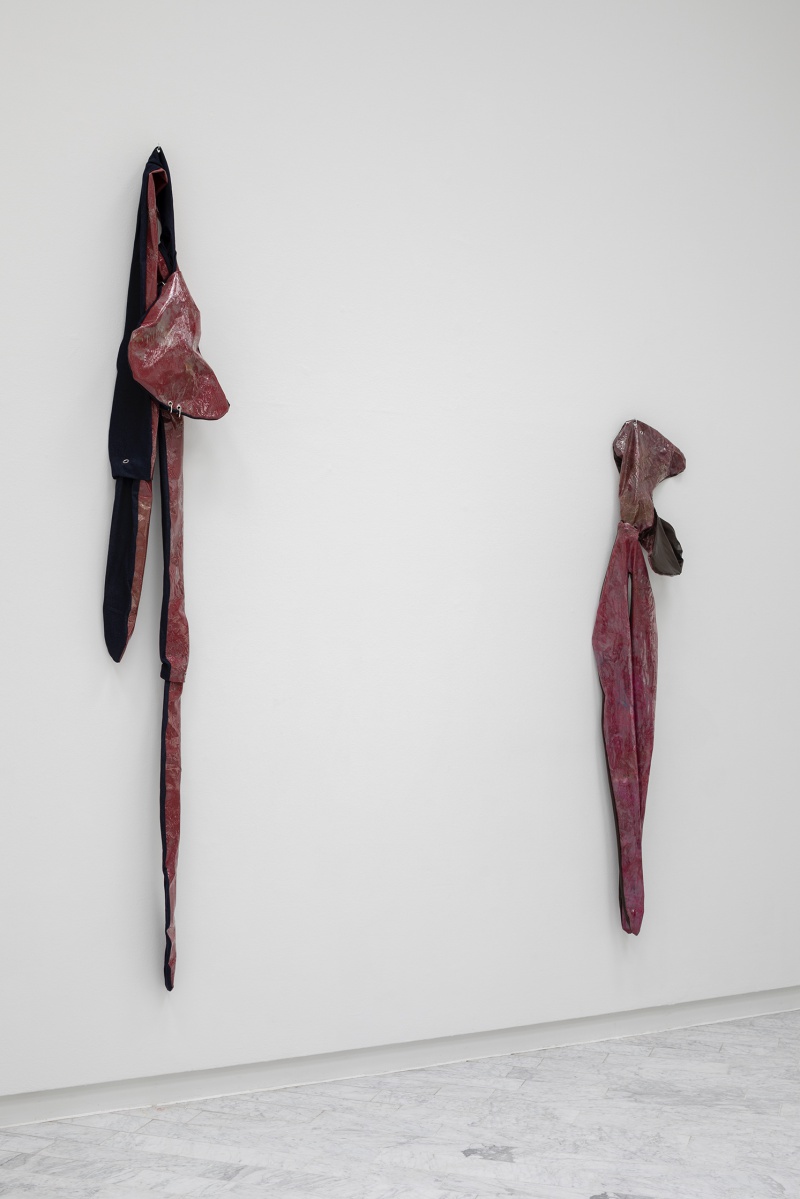 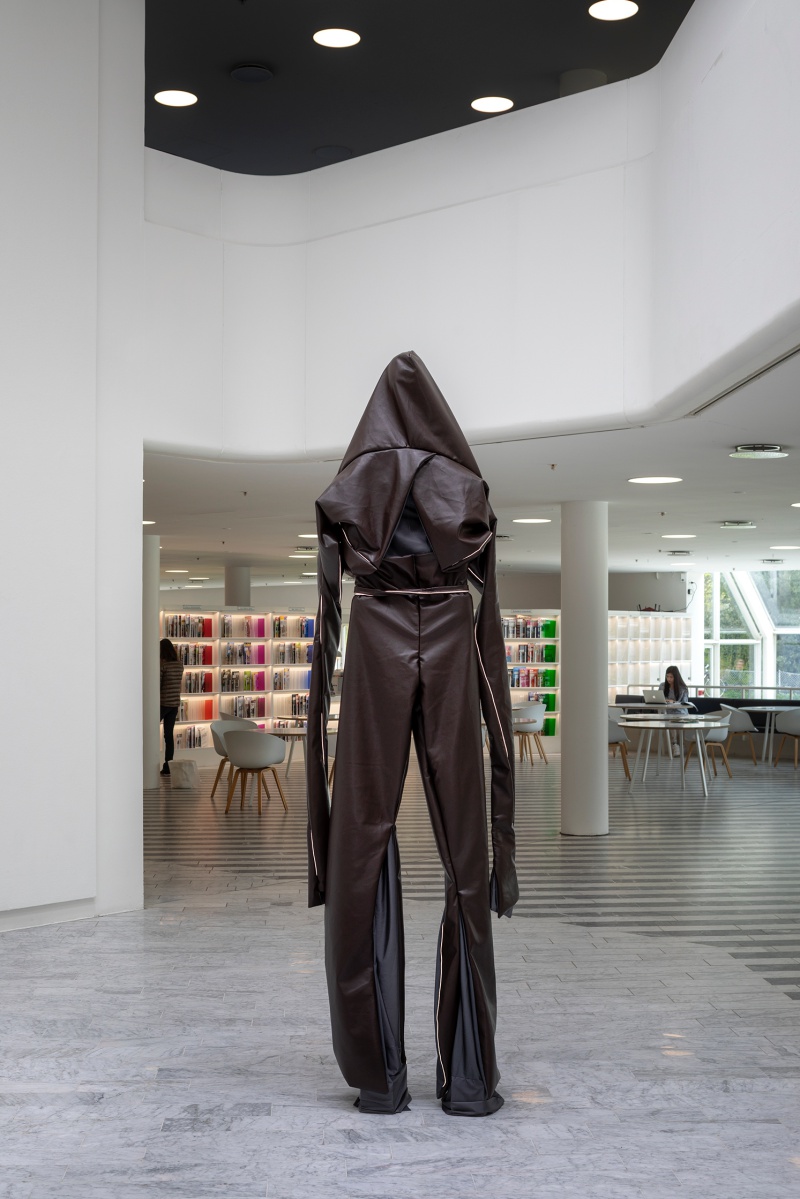 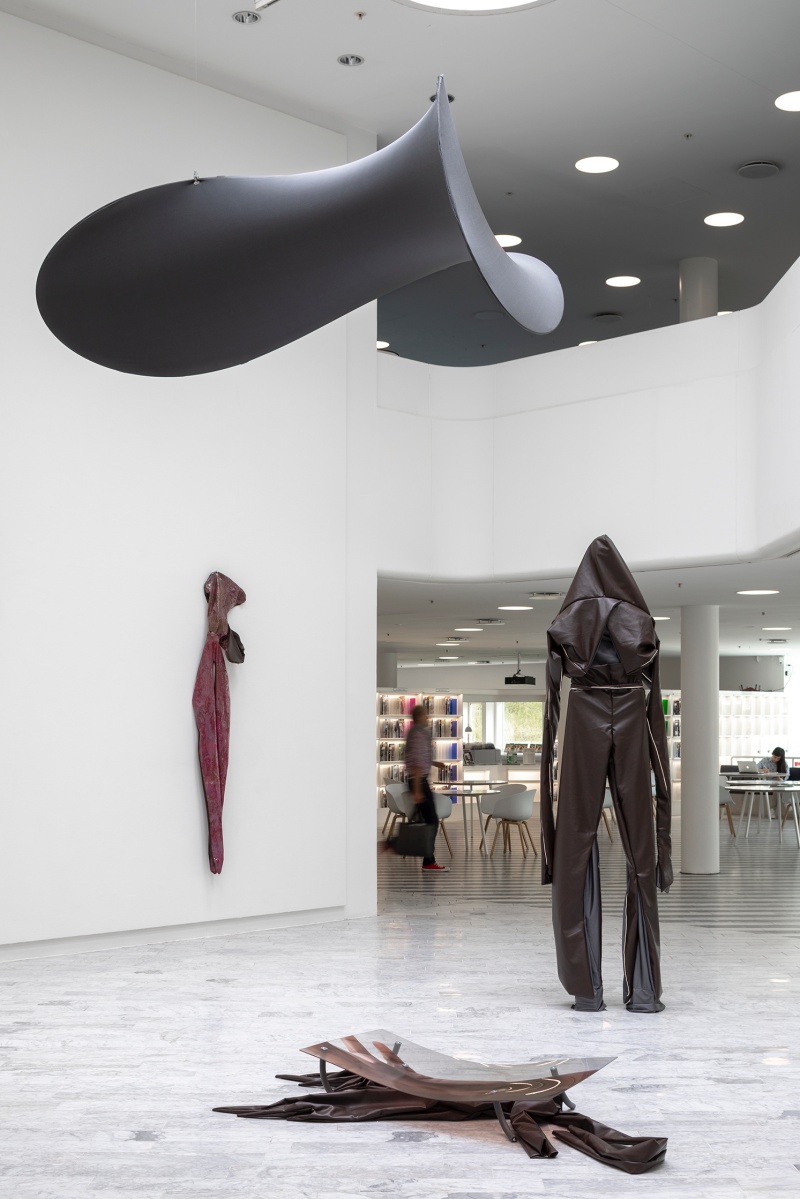 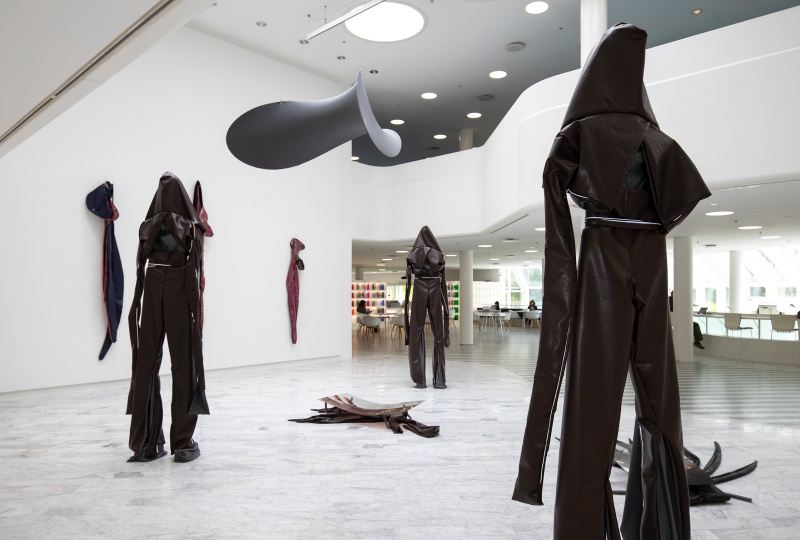 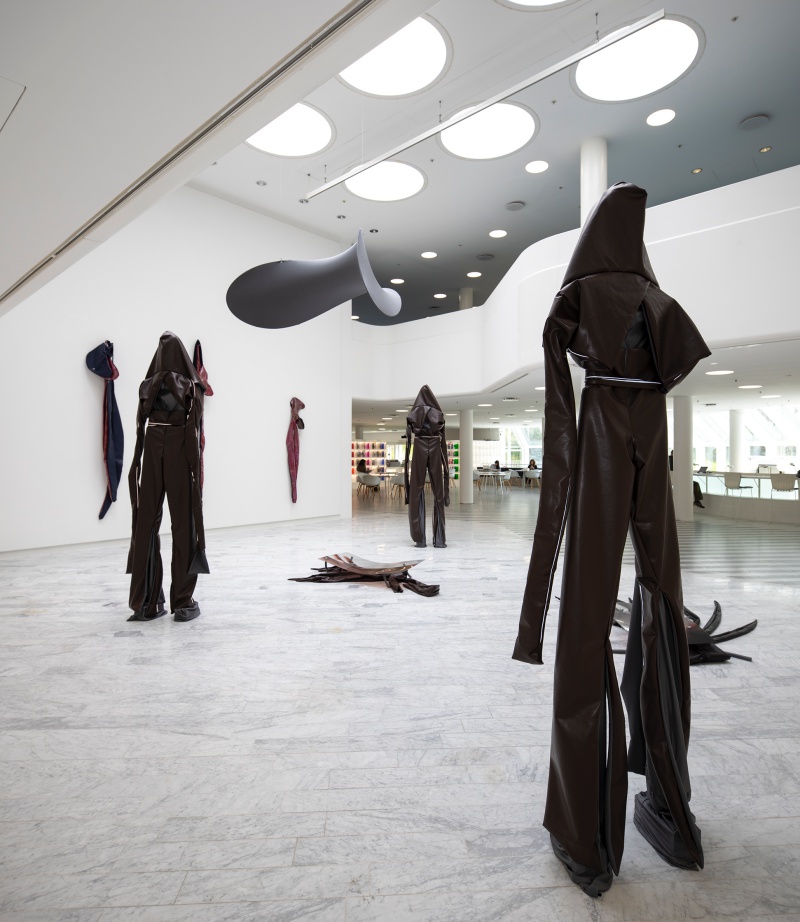 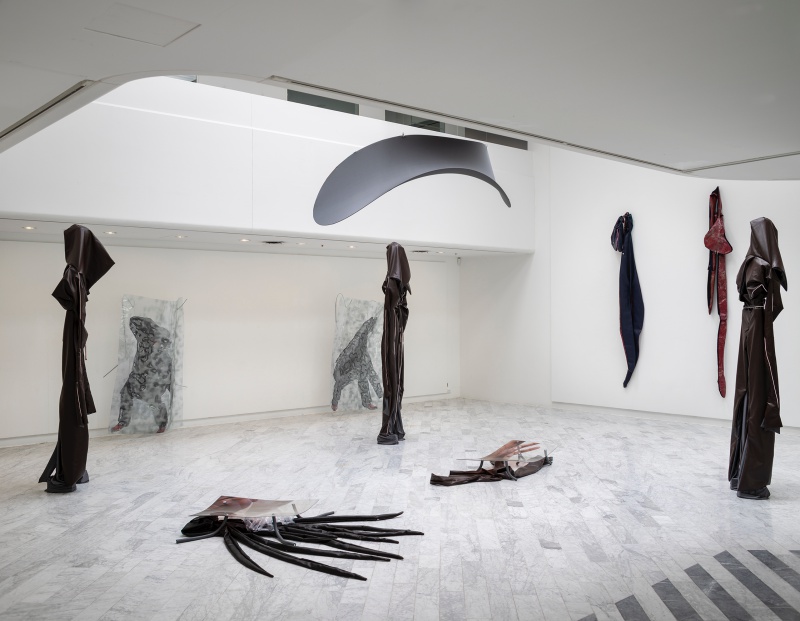 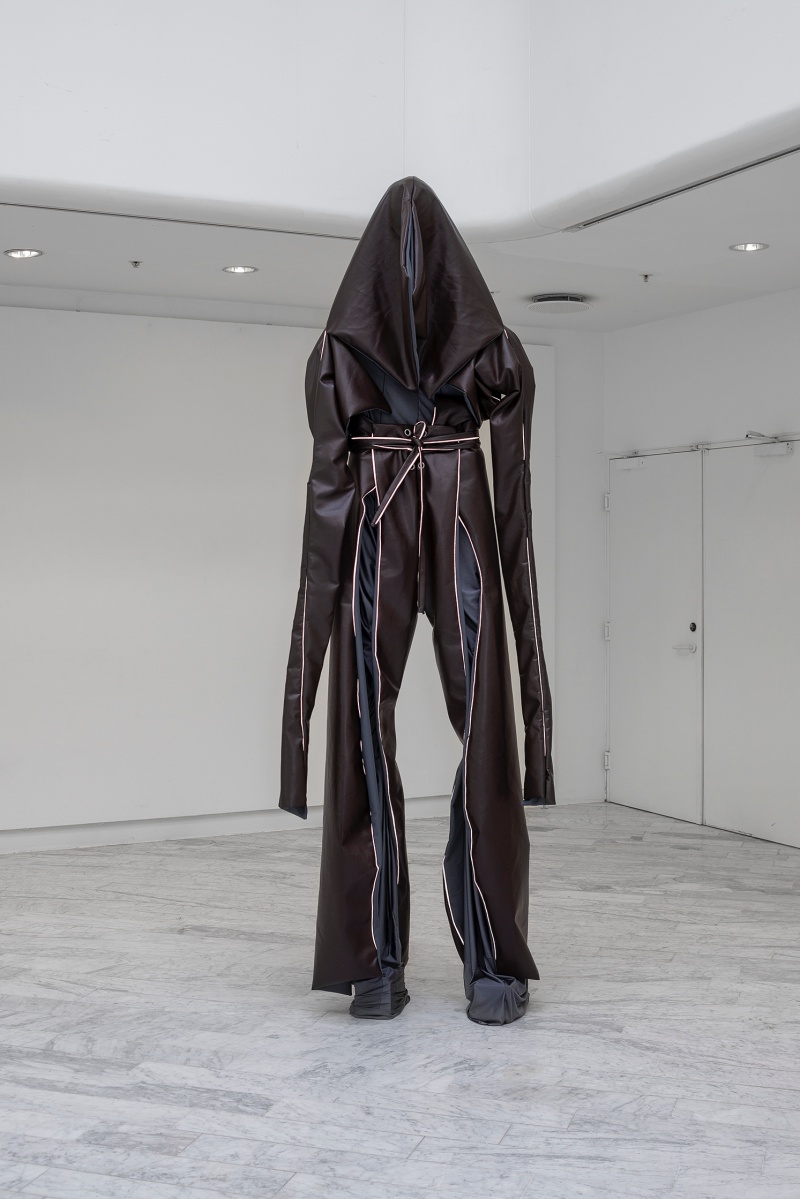 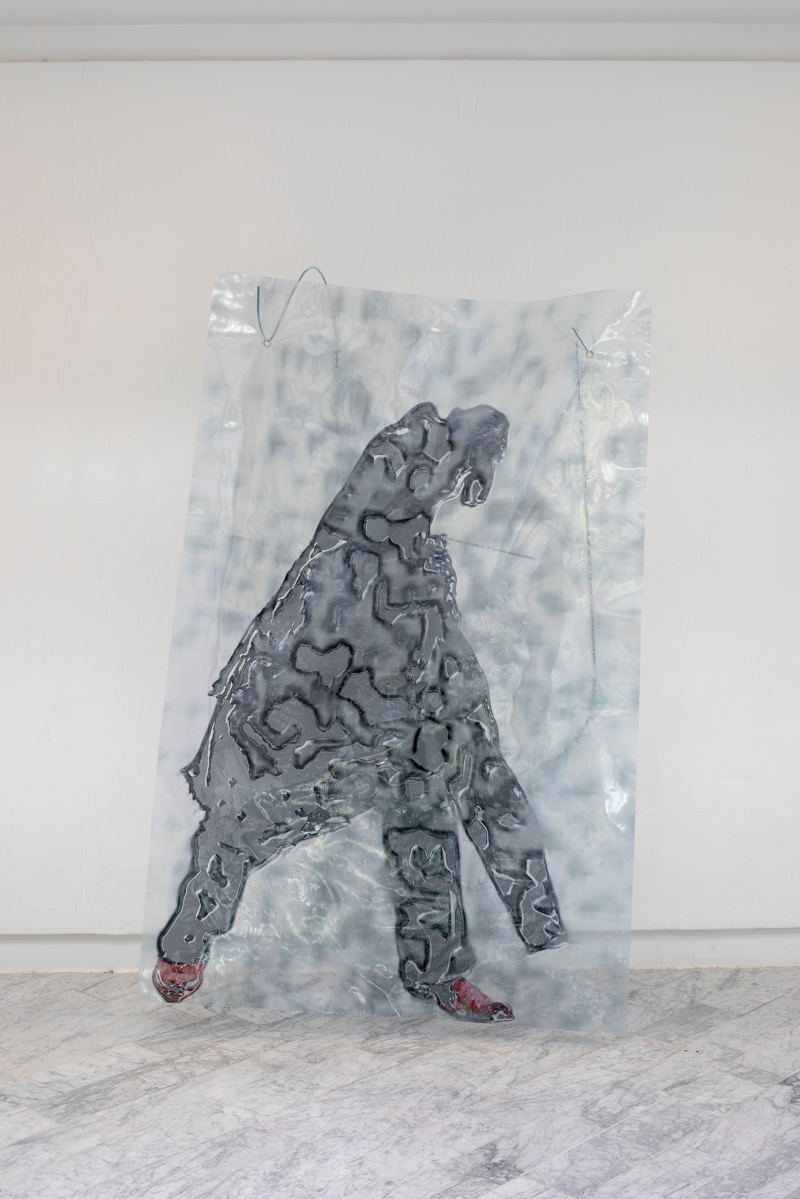 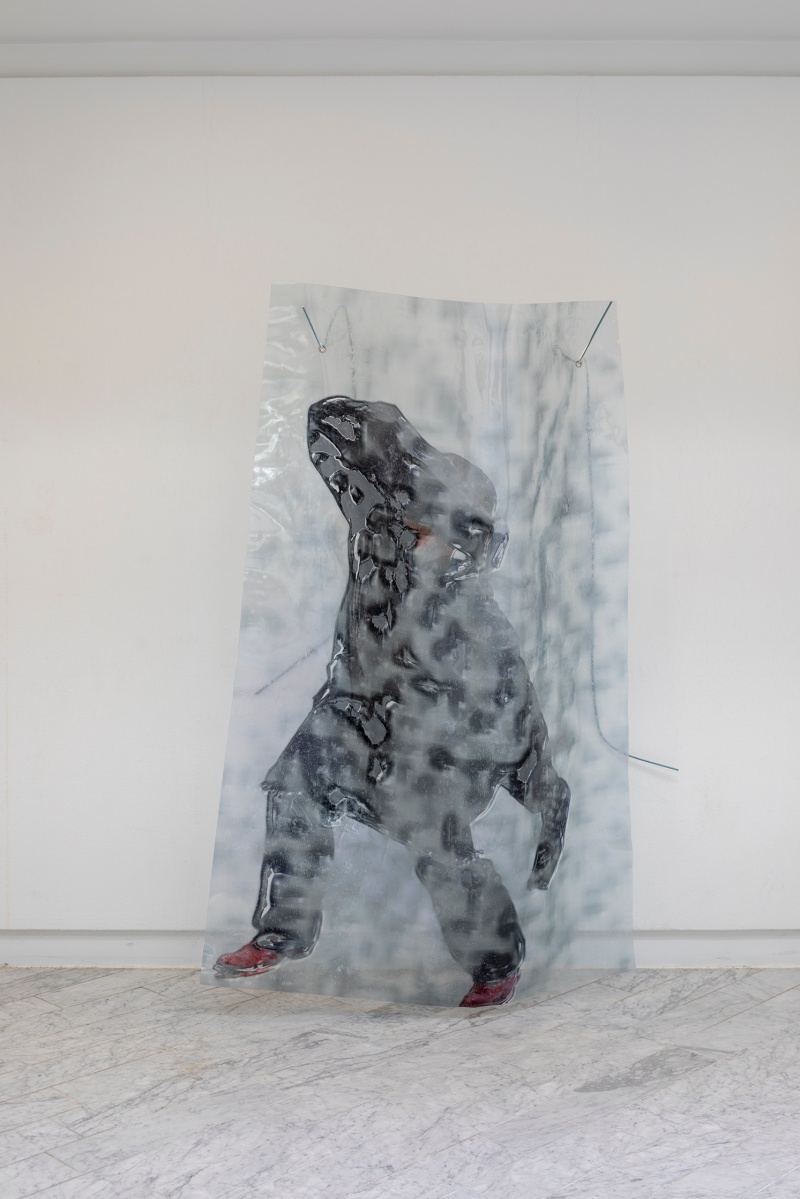 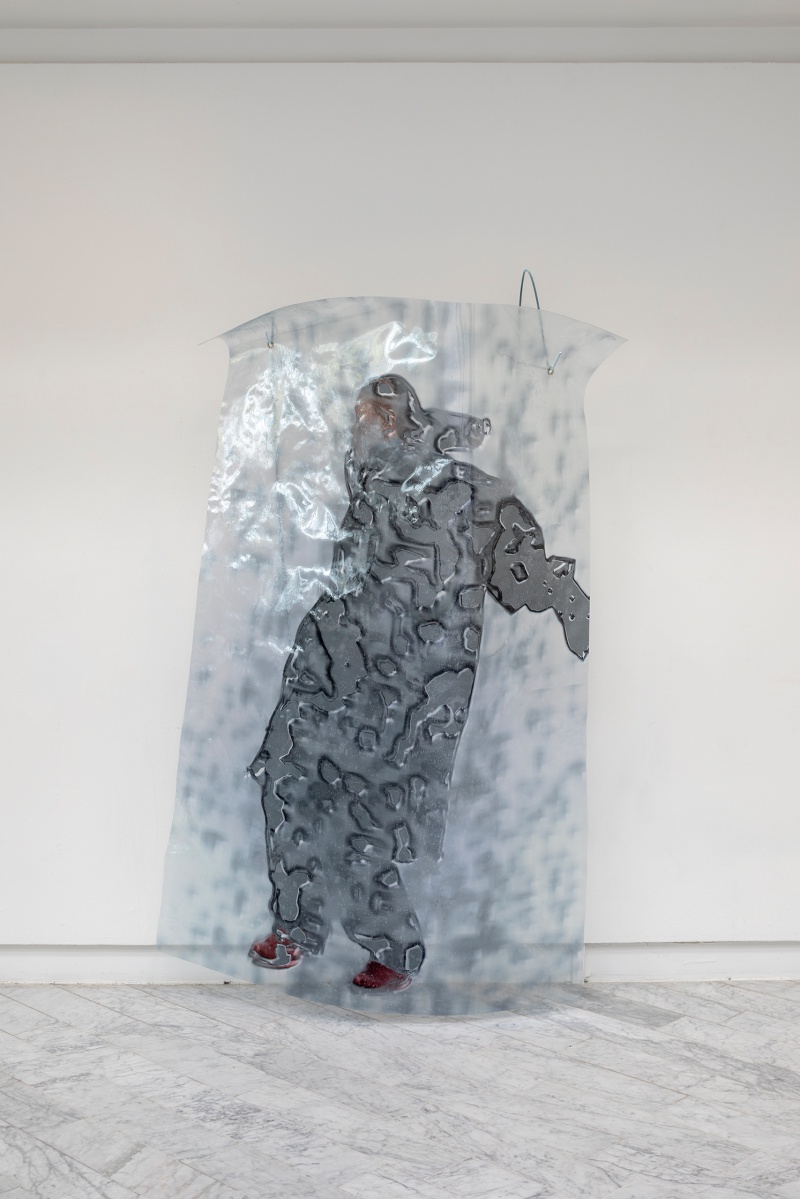 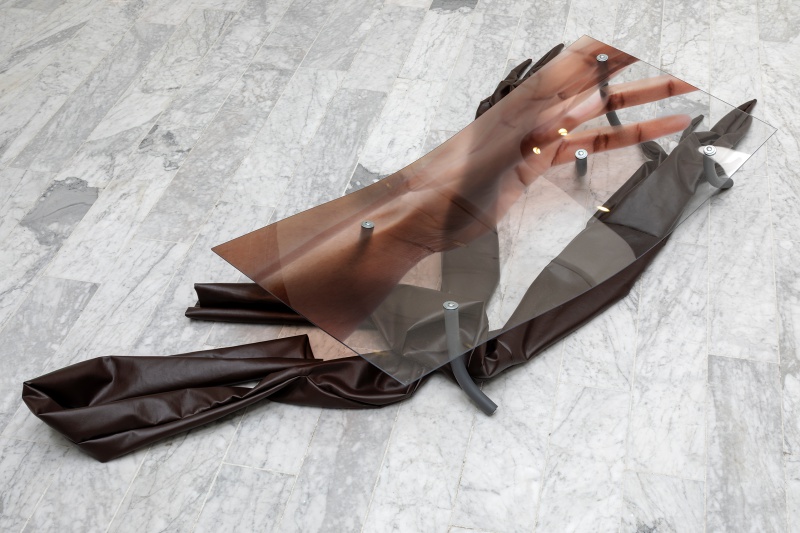 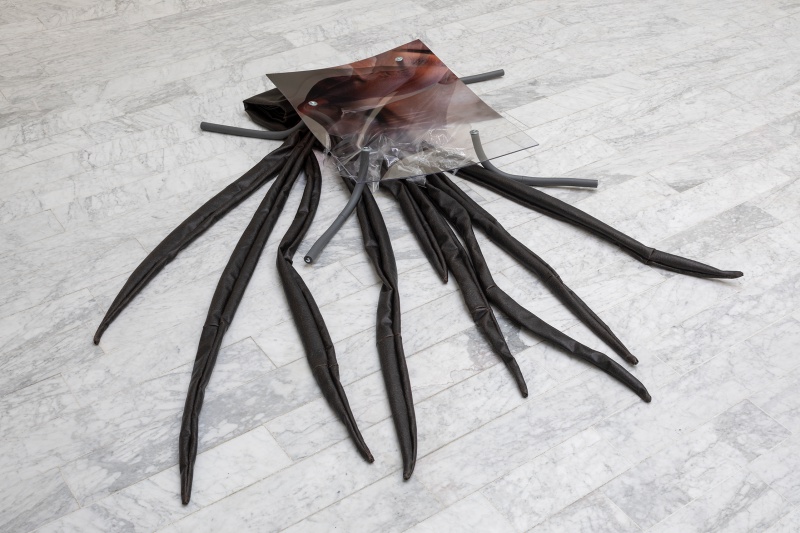 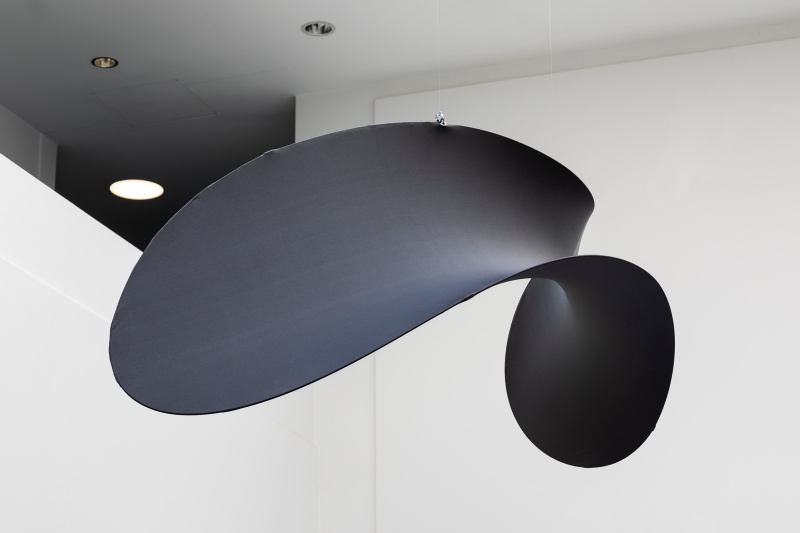 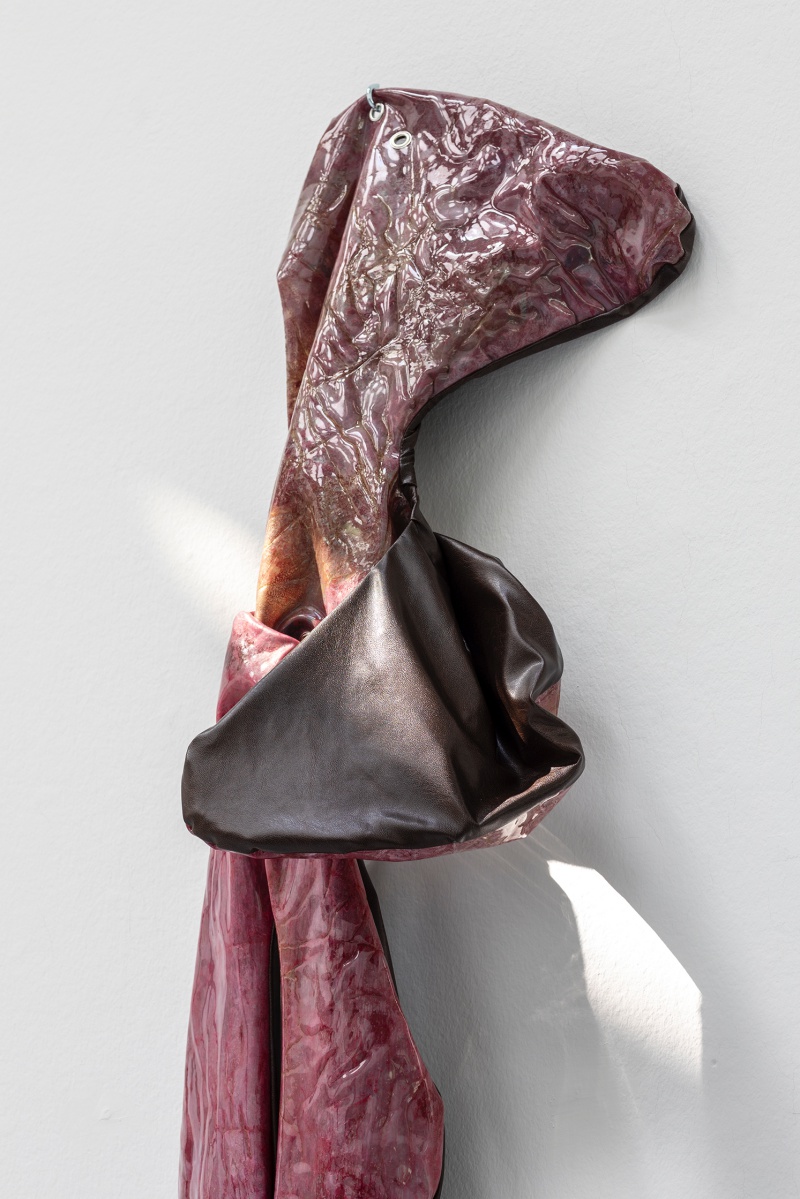 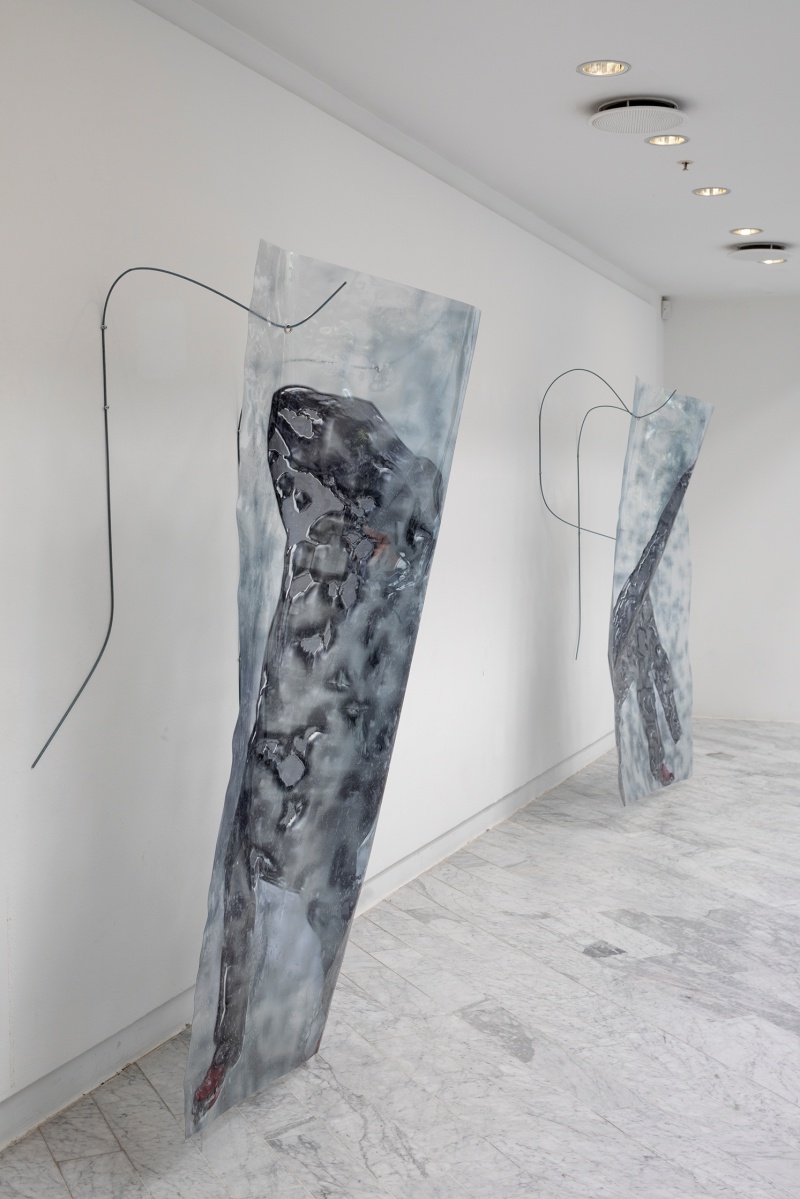 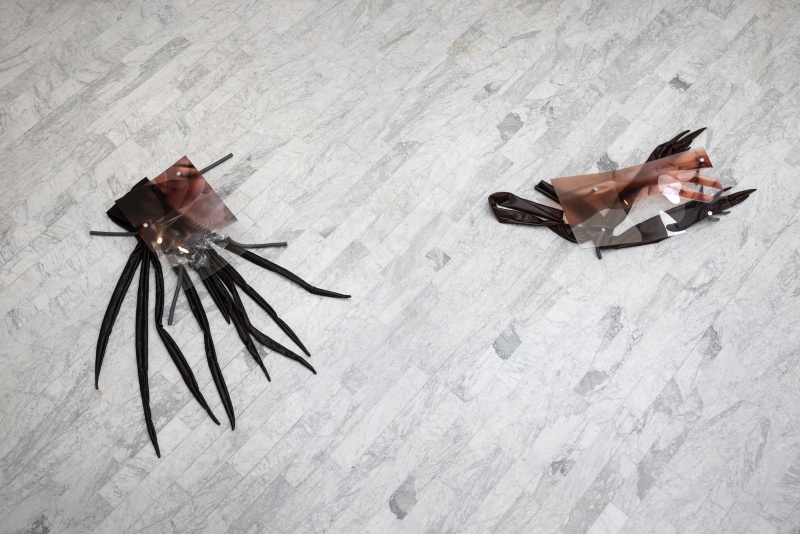 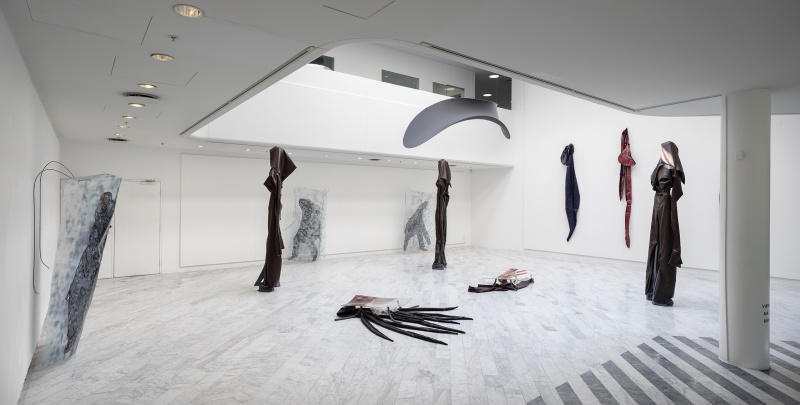 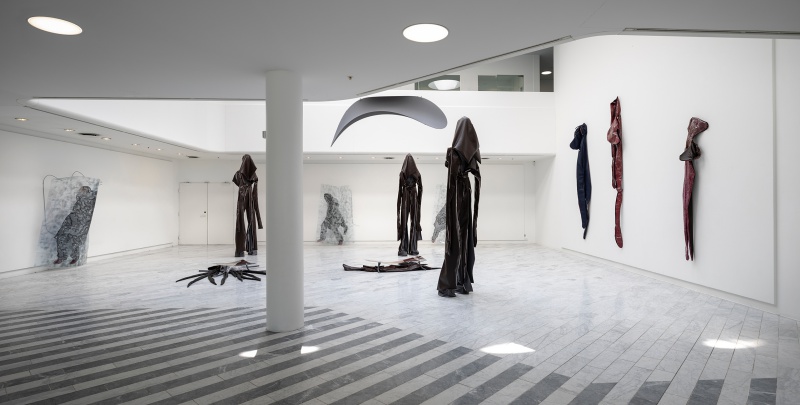 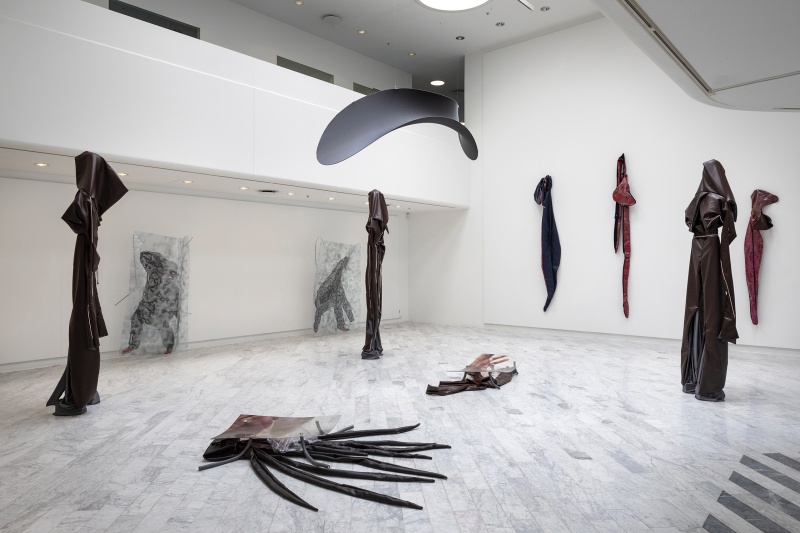 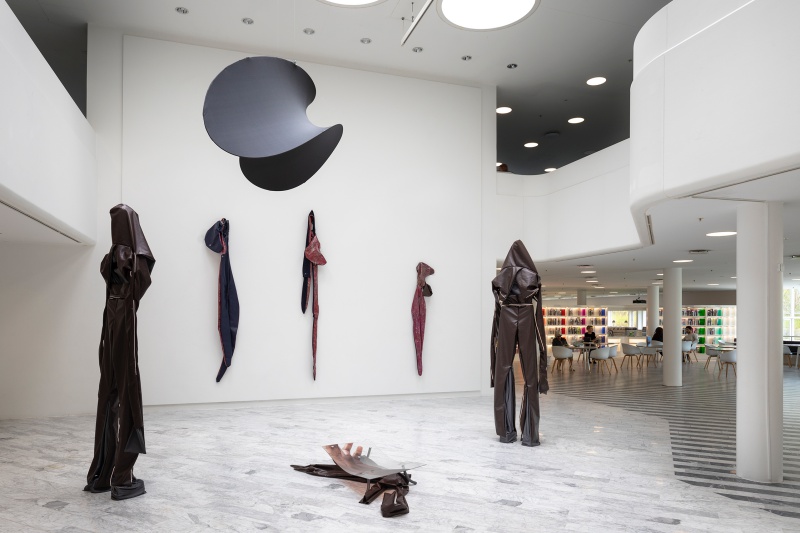 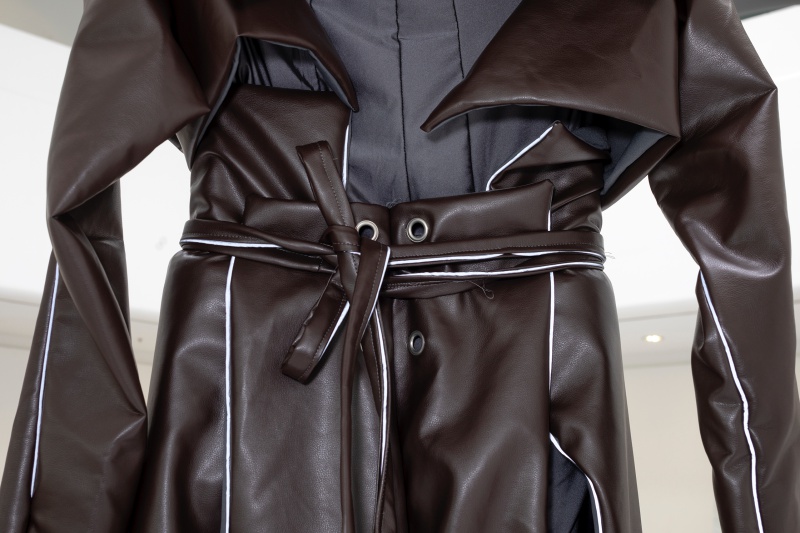 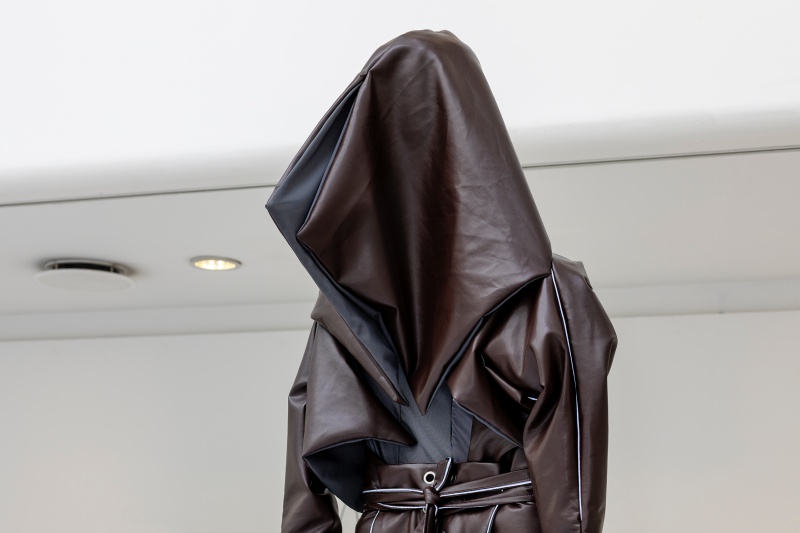 For Tranen’s new exhibition, Calluses, Norwegian artist Sandra Mujinga presents various forms of sculptures. Some feature printed pictures of black youngsters sticking their heads in front of the camera. They want be seen and heard. At the same time they cover their faces with their hands. They are hiding. In times when millions of portrait photos are taken, uploaded and distributed on a daily basis across the globe, everyone –with or without camera and Internet connection– increasingly gains in visibility. Everything seems to be documented and registered. At the same time, our new found visibility makes us more exposed and vulnerable.

The last couple of years, Mujinga has been preoccupied by a conflict between two tendencies which –throughout history– have left an ever bigger mark especially on Western societies. One tendency is increased visibility and celebration of minorities and diversity as a result of –among other things– civil rights movements and politics of identity and representation. The other tendency is increased monitoring, data collection and thus surveillance in an increasingly digitized society. New forms of both emancipation and oppression see the light of day.

‘Calluses’ means 'new tissues' or 'hard skin'. In her exhibition at Tranen, Mujinga explores how different types of skin and interfaces affect the encounter or clash between the individual and its surroundings. All works in the exhibition are characterized by elaborate treatment of different surfaces: dark skin colours that absorb light, transparent PVC that transmits light, and synthetic leather, which is resistant and hard to penetrate.

The title Calluses also suggests that the characteristics of a surface are not given once and for all. Our skin can change over time or be manipulated - like some animals shed their skin. Daily routines, hard physical labour or sports can harden the skin. The effects may be undesirable. They may also be intentional. Mujinga is interested in how this hardening of a surface can be a strategy for navigating in a hostile or unaccommodating terrain. Like the octopus, which is a recurring motif in the artist's work and the exhibition at Tranen, people can change their appearance in order to adapt to specific environments.
By use of digital filters we can upload other versions of ourselves to the web. By use of garments we can multiply the layers with which we face the world and protect ourselves against it. Through hardening of the skin, transparent tissue can be transformed into an opaque surface.

Several of Mujinga's works are not just passive objects, which the public can circle around and contemplate. Her so-called wearable sculptures made of synthetic leather can also be worn as clothes. In other words, these sculptures are not just things that can be seen from the outside. They can also be animated from within. The sculptures are clothes that bodies can inhabit. They are places to which people can withdraw in order to disappear from the surface of the earth. With this new exhibition at Tranen, Mujinga reveals a series of new works, which also serve as means to conceal oneself in a world, where transparency and visibility are both encouraging and cursed.

Sandra Mujinga (NO, 1989) is a Norwegian citizen, born in the Democratic Republic of Congo, based in Berlin and educated at the Malmö Art School.

Thanks to Rhea Dall, Head of the UKS, Young Artists Society in Oslo, in collaboration with which the exhibition is organized.
Tags Copenhagen, Lazy exhibitions, Sandra Mujinga, Tranen
Newer Post Older Post Home