Rashid Uri at The Stable / Waregem 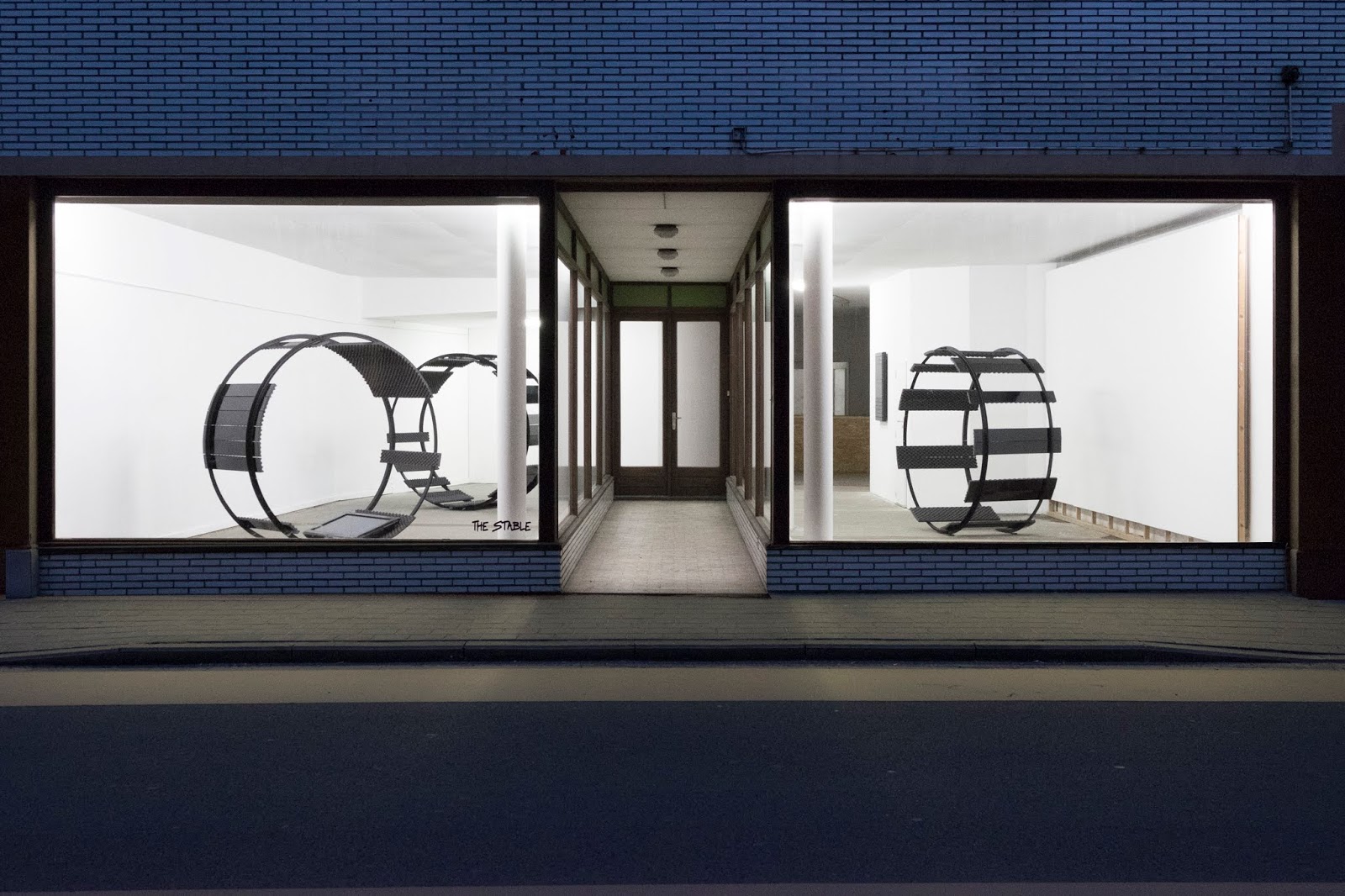 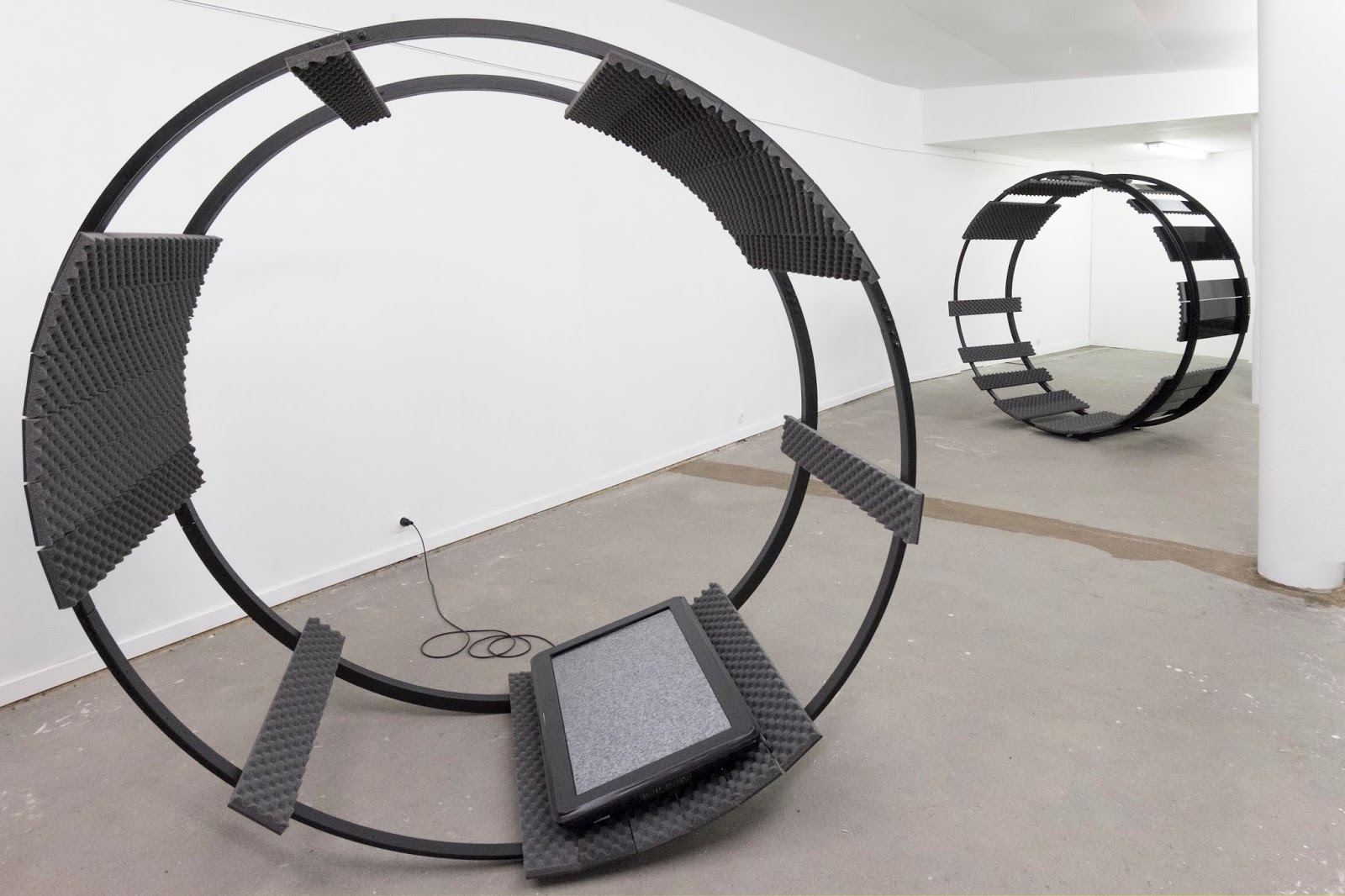 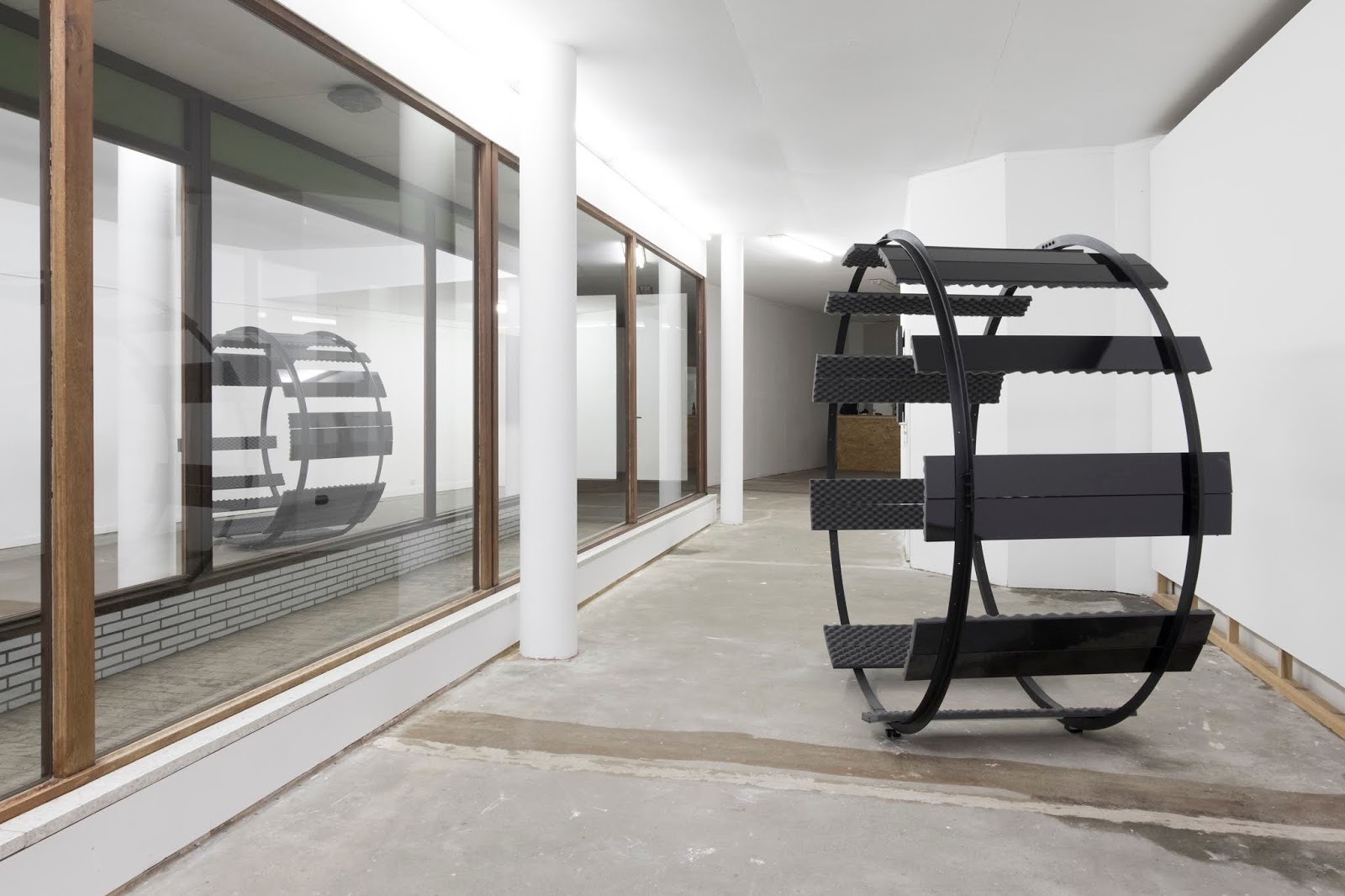 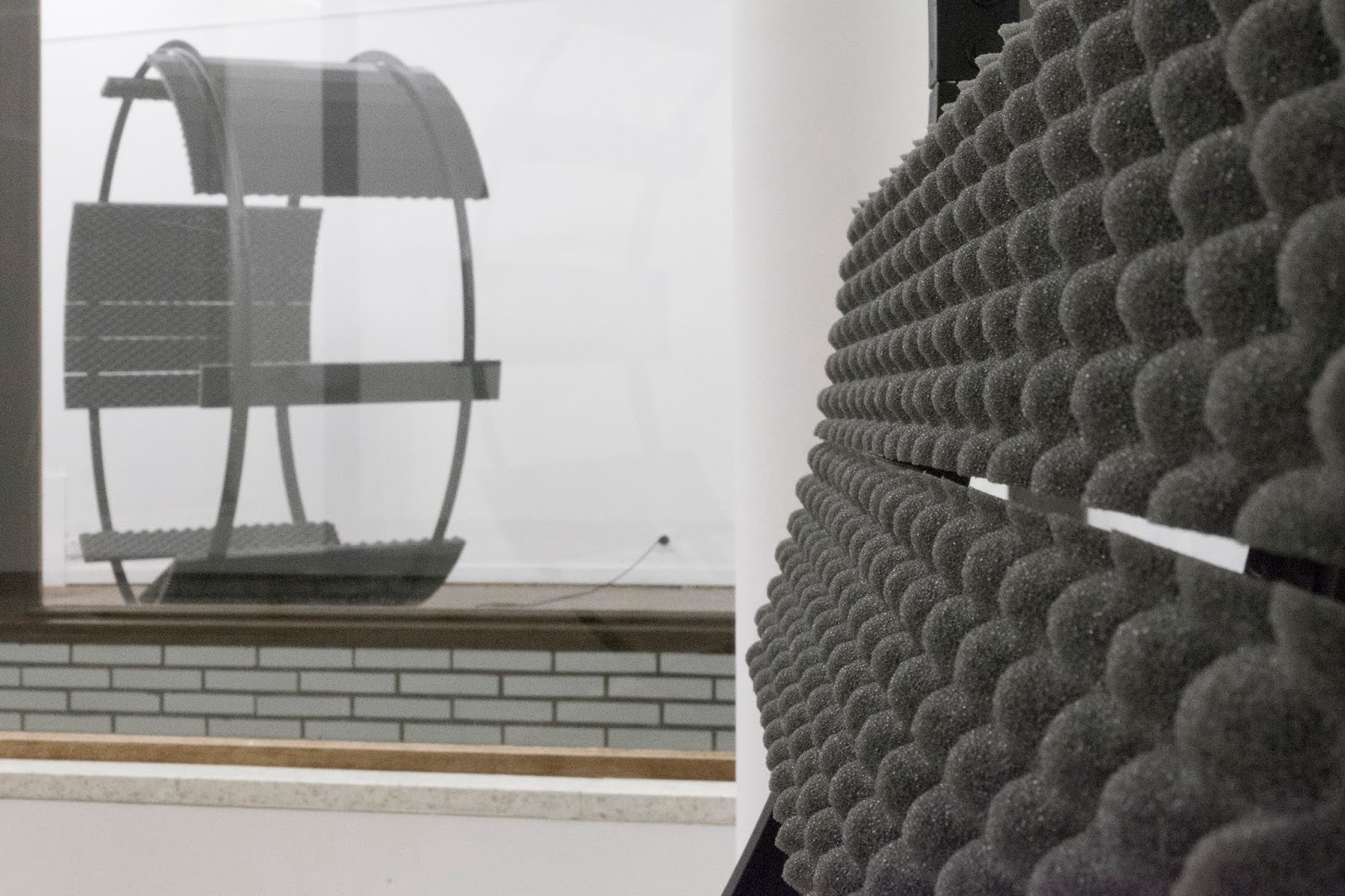 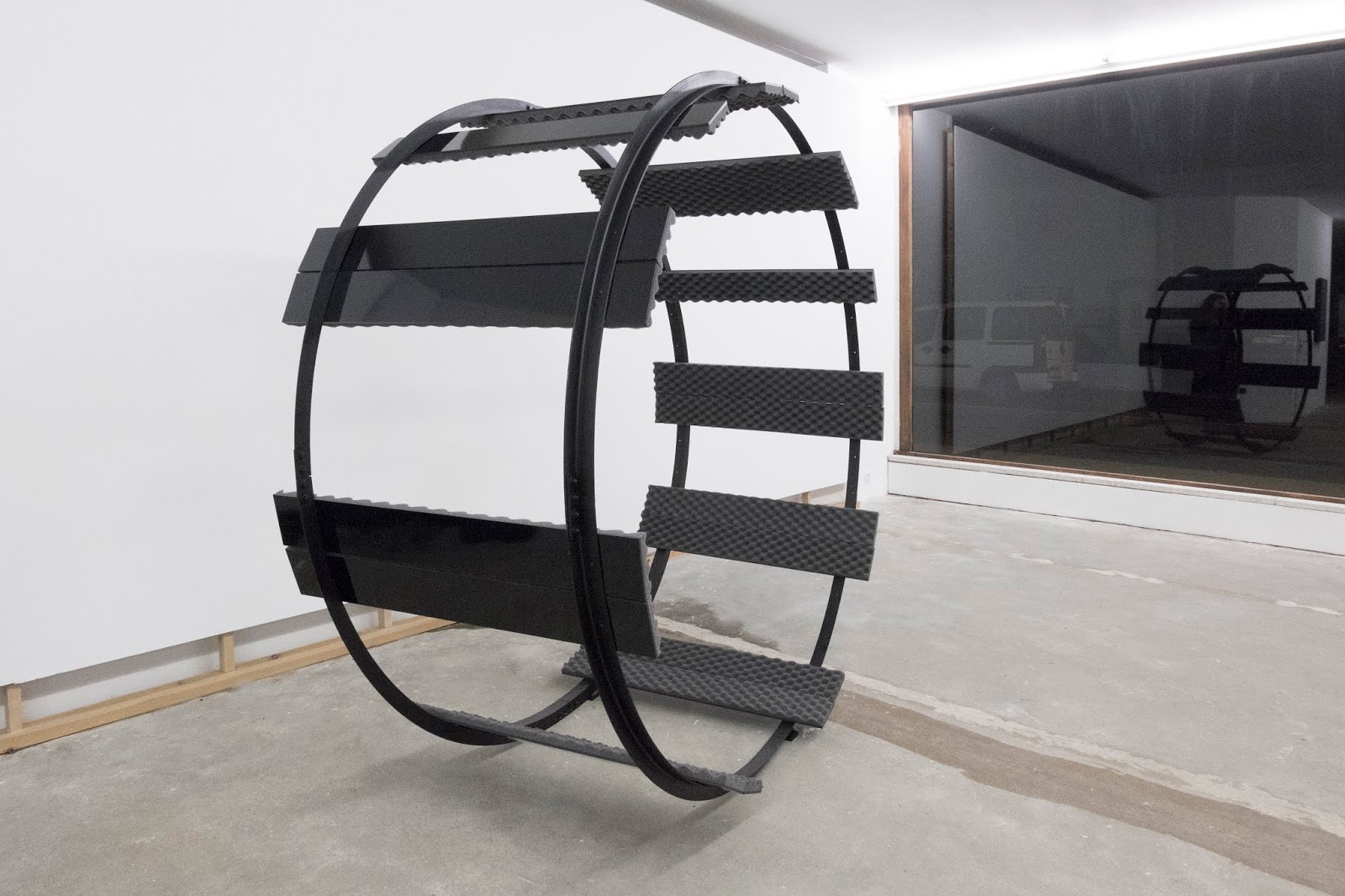 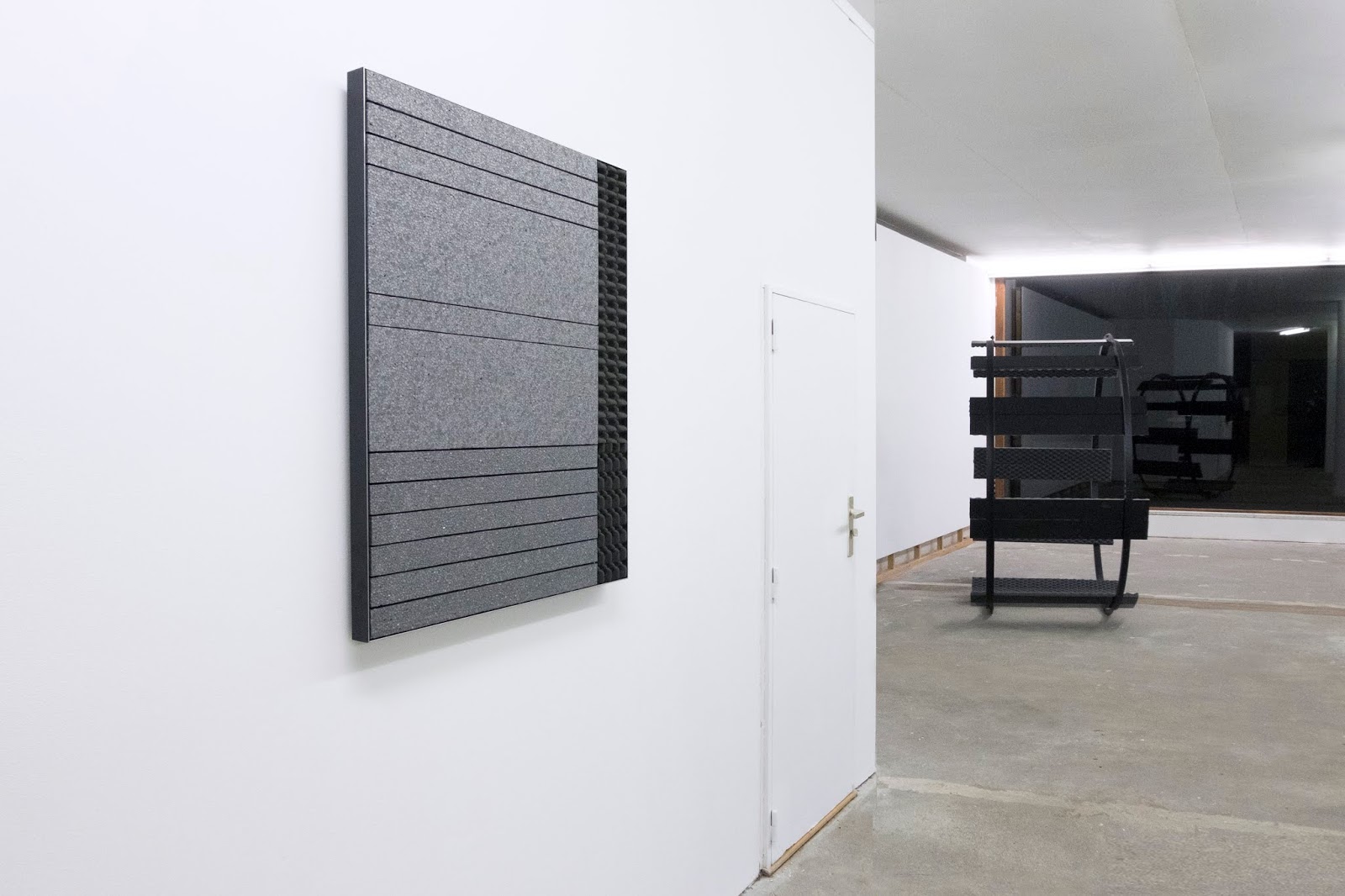 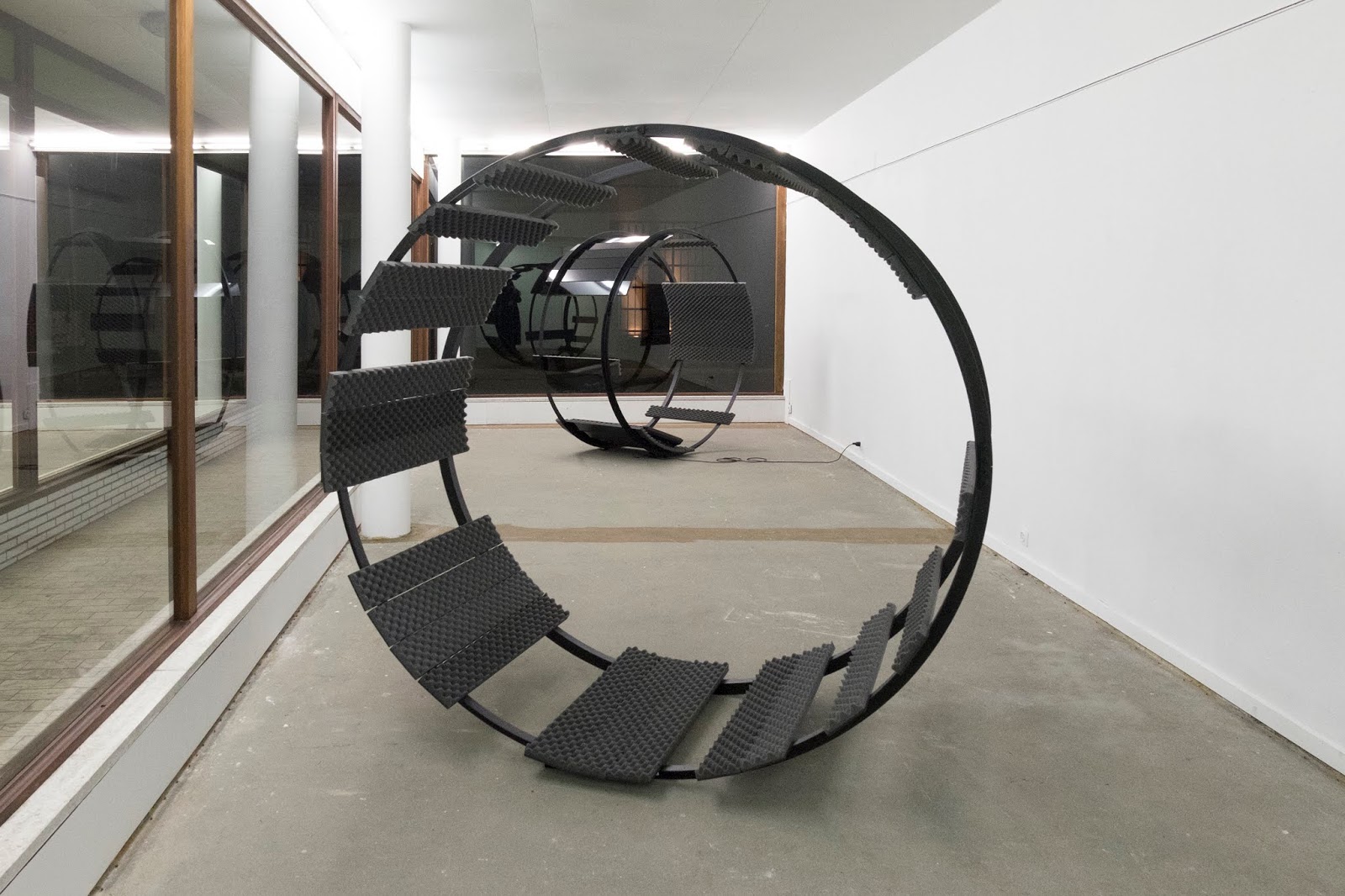 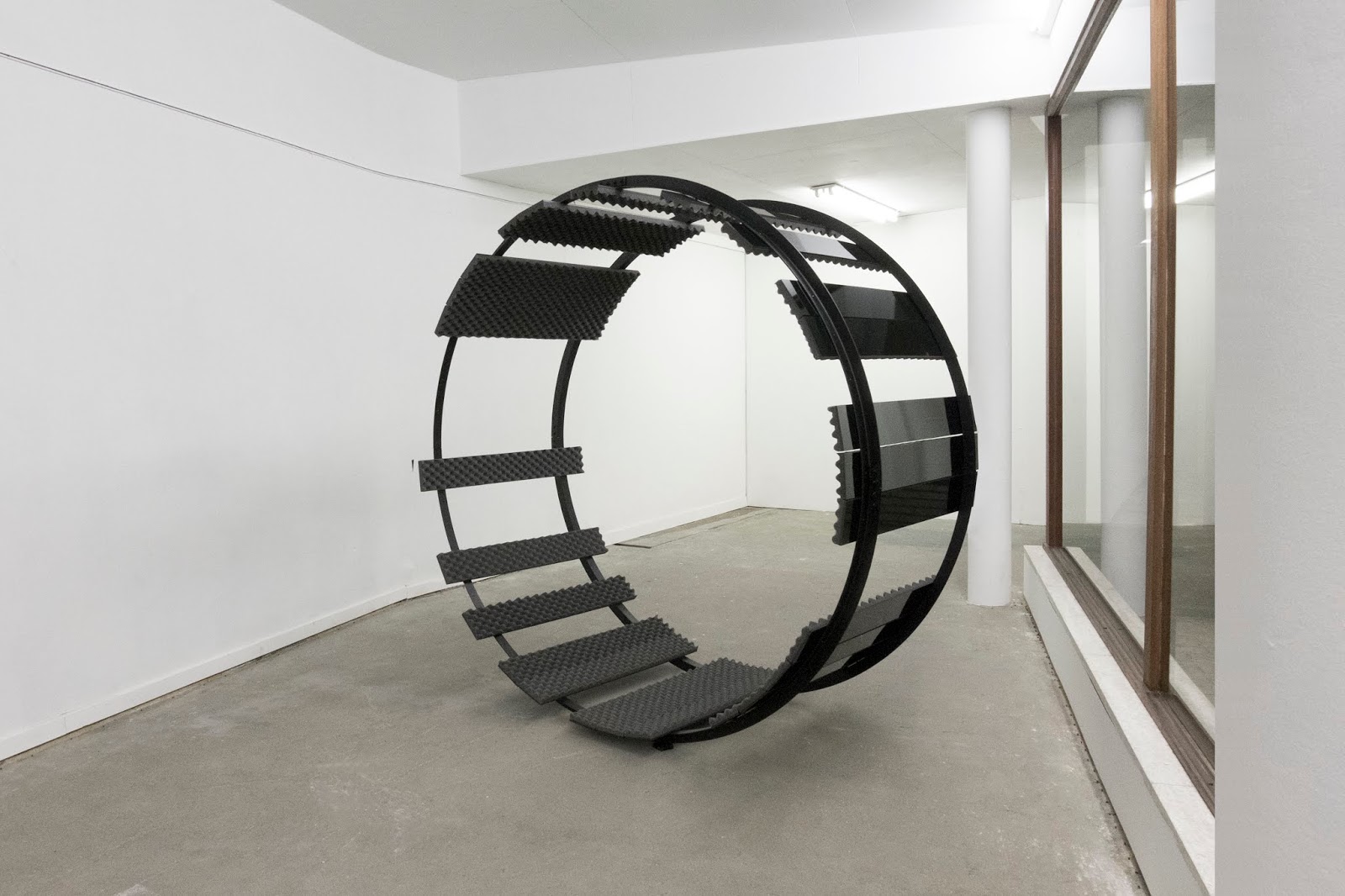 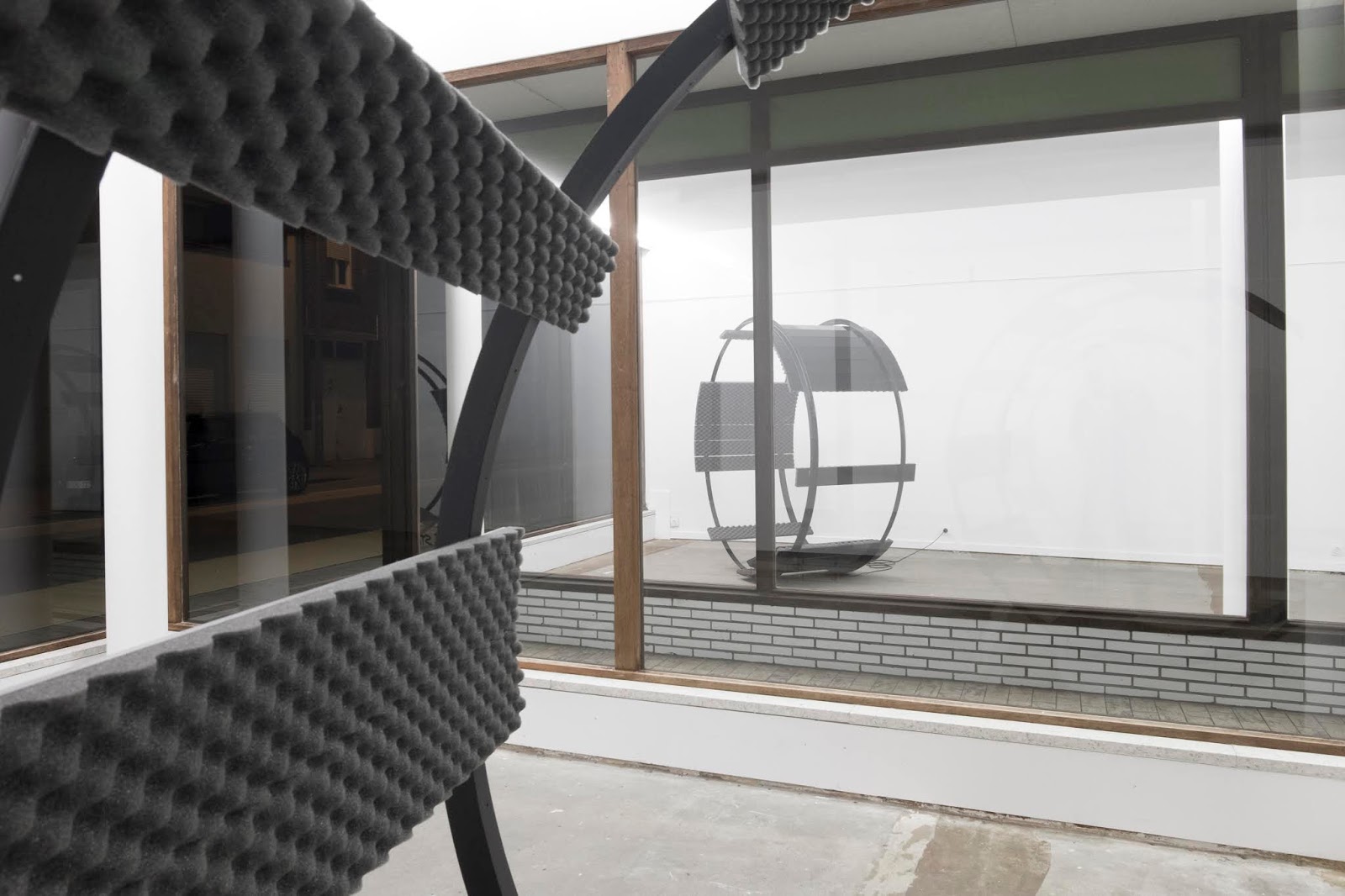 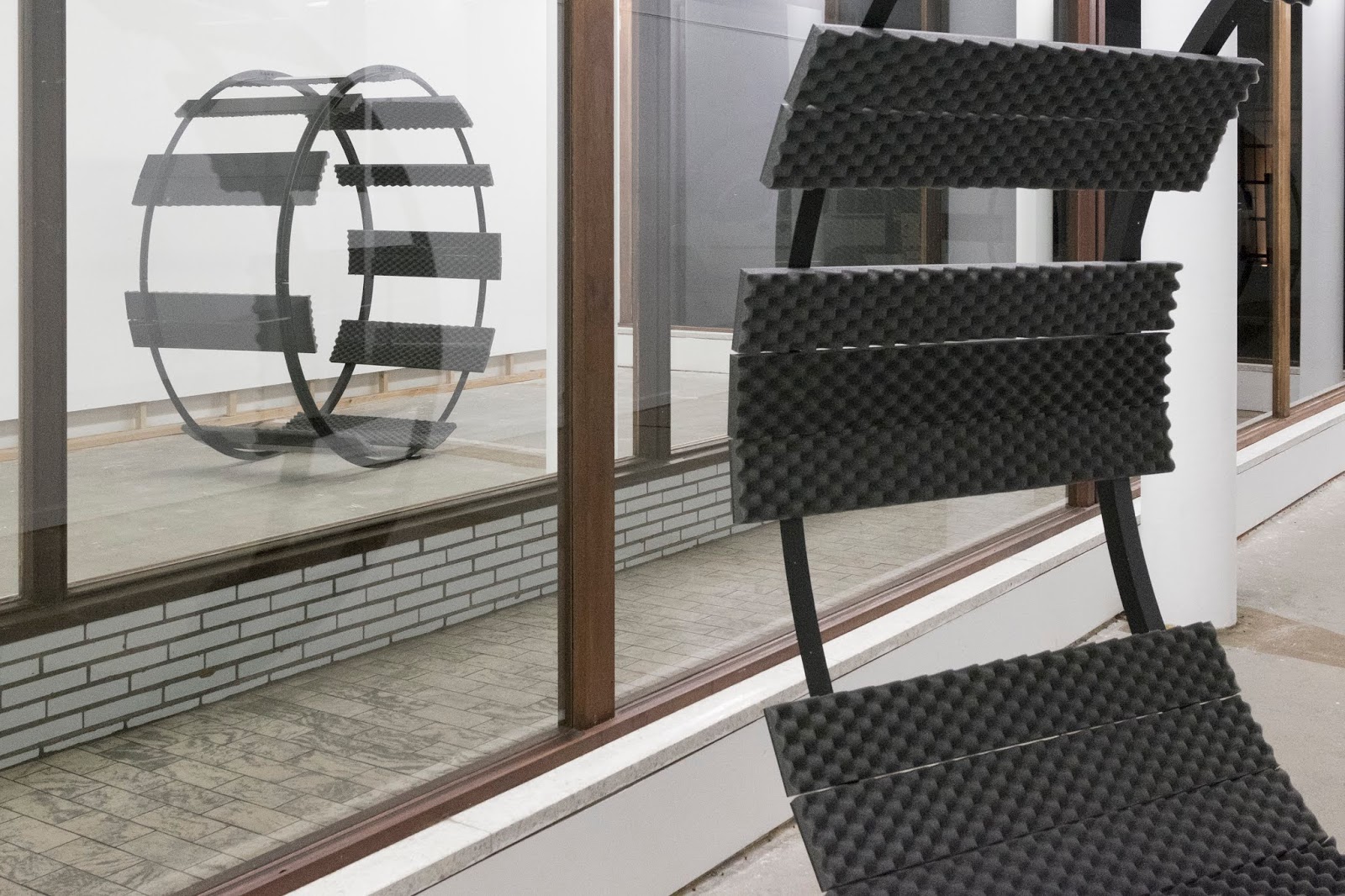 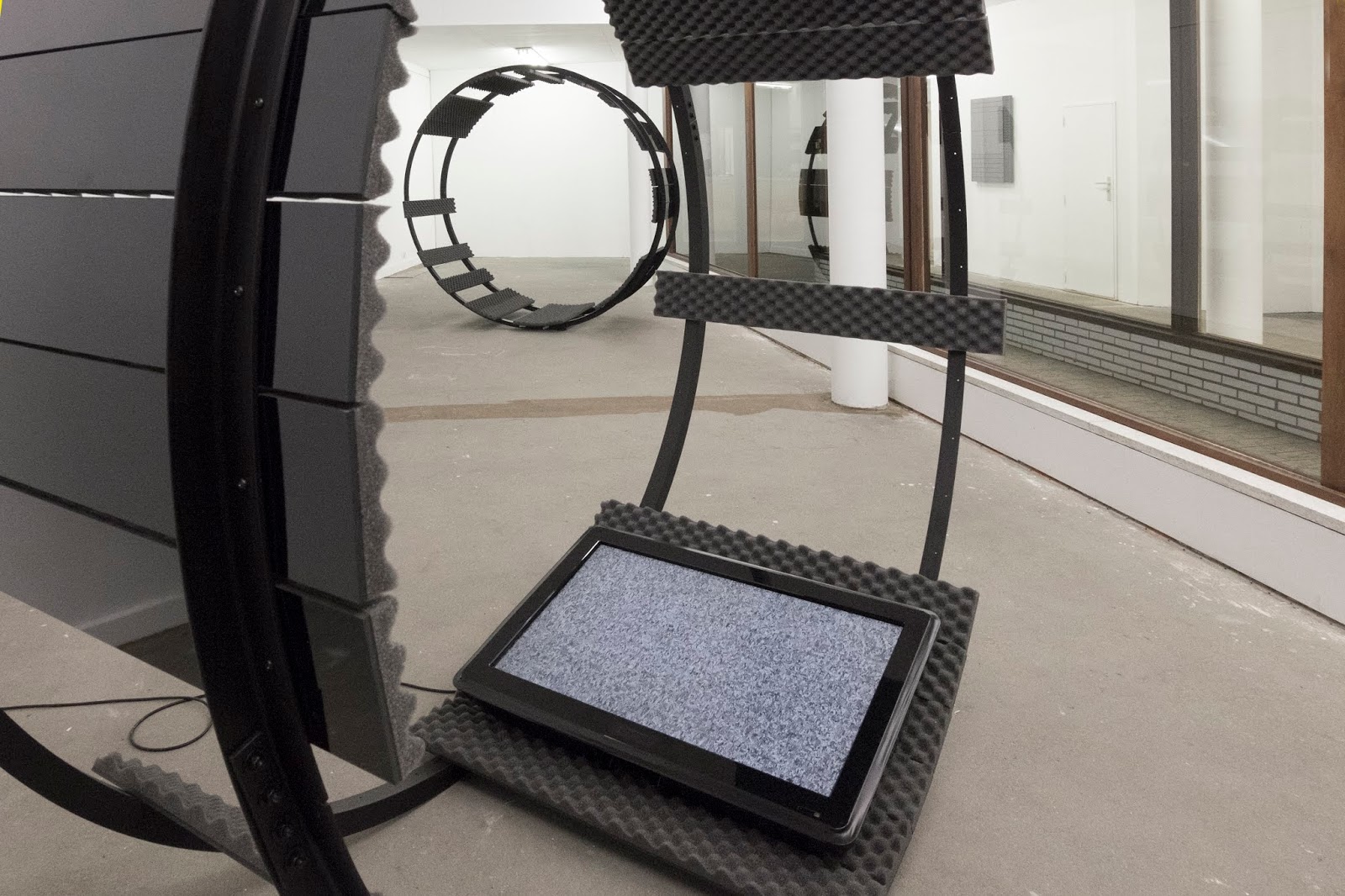 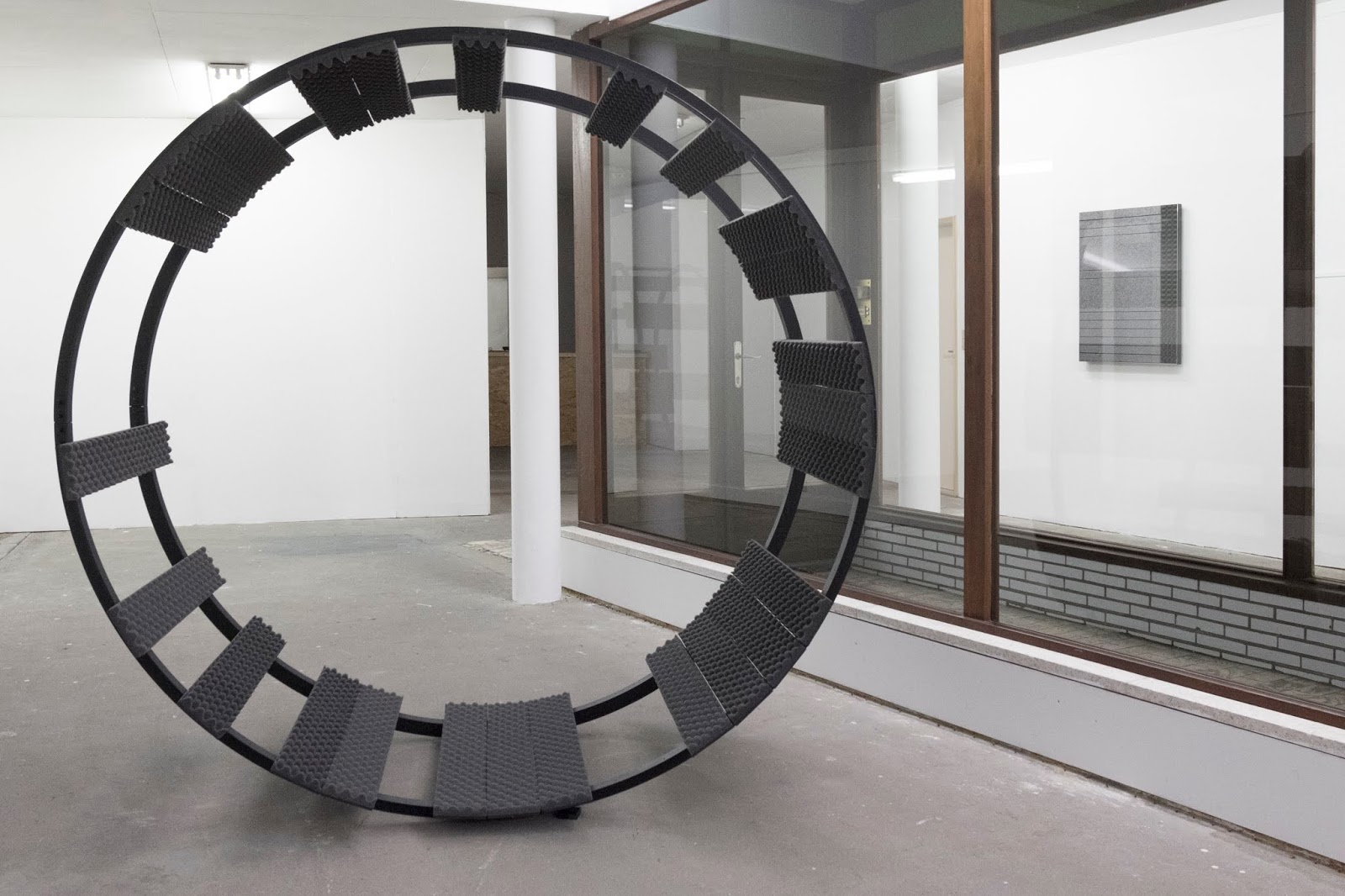 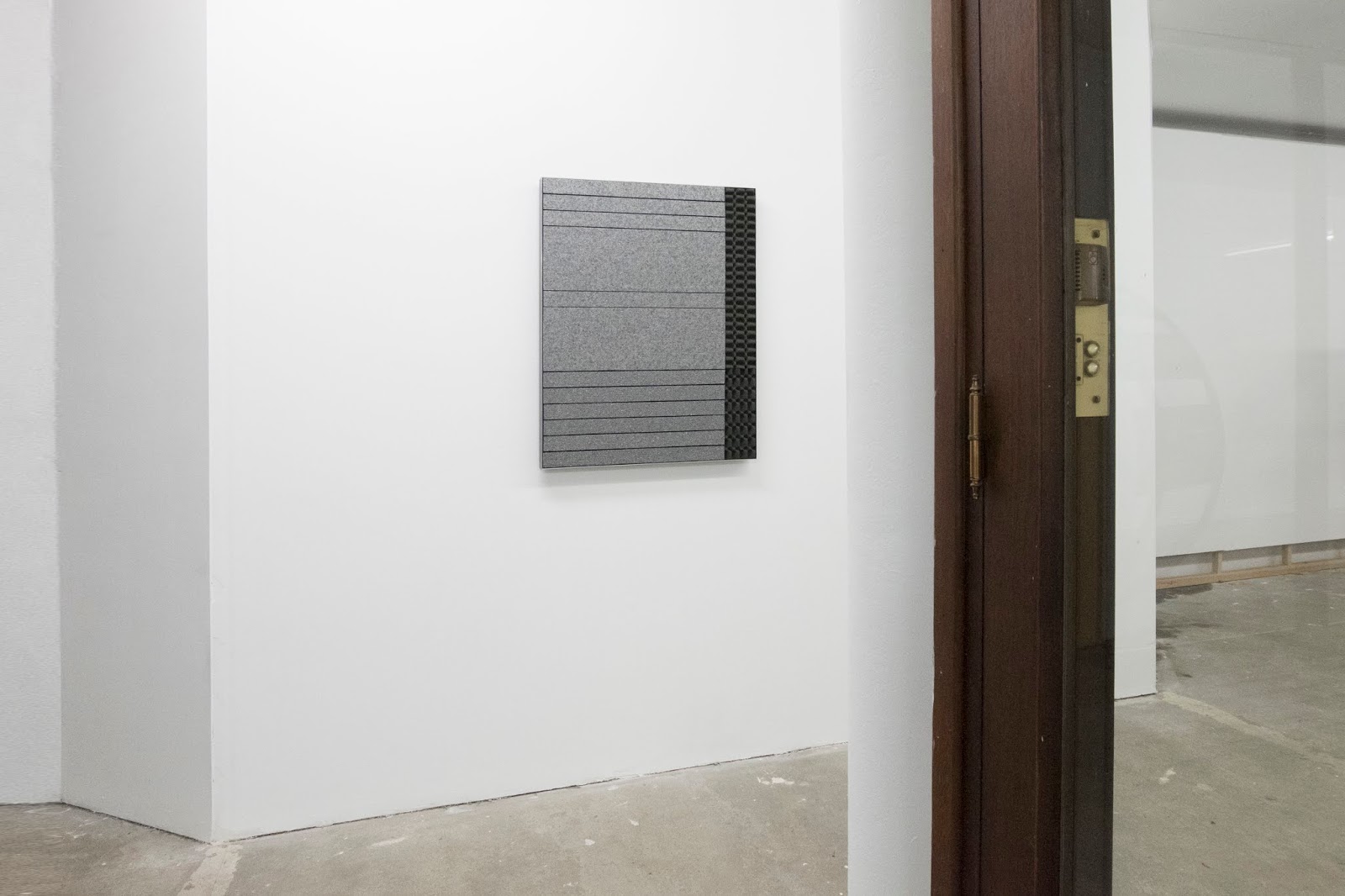 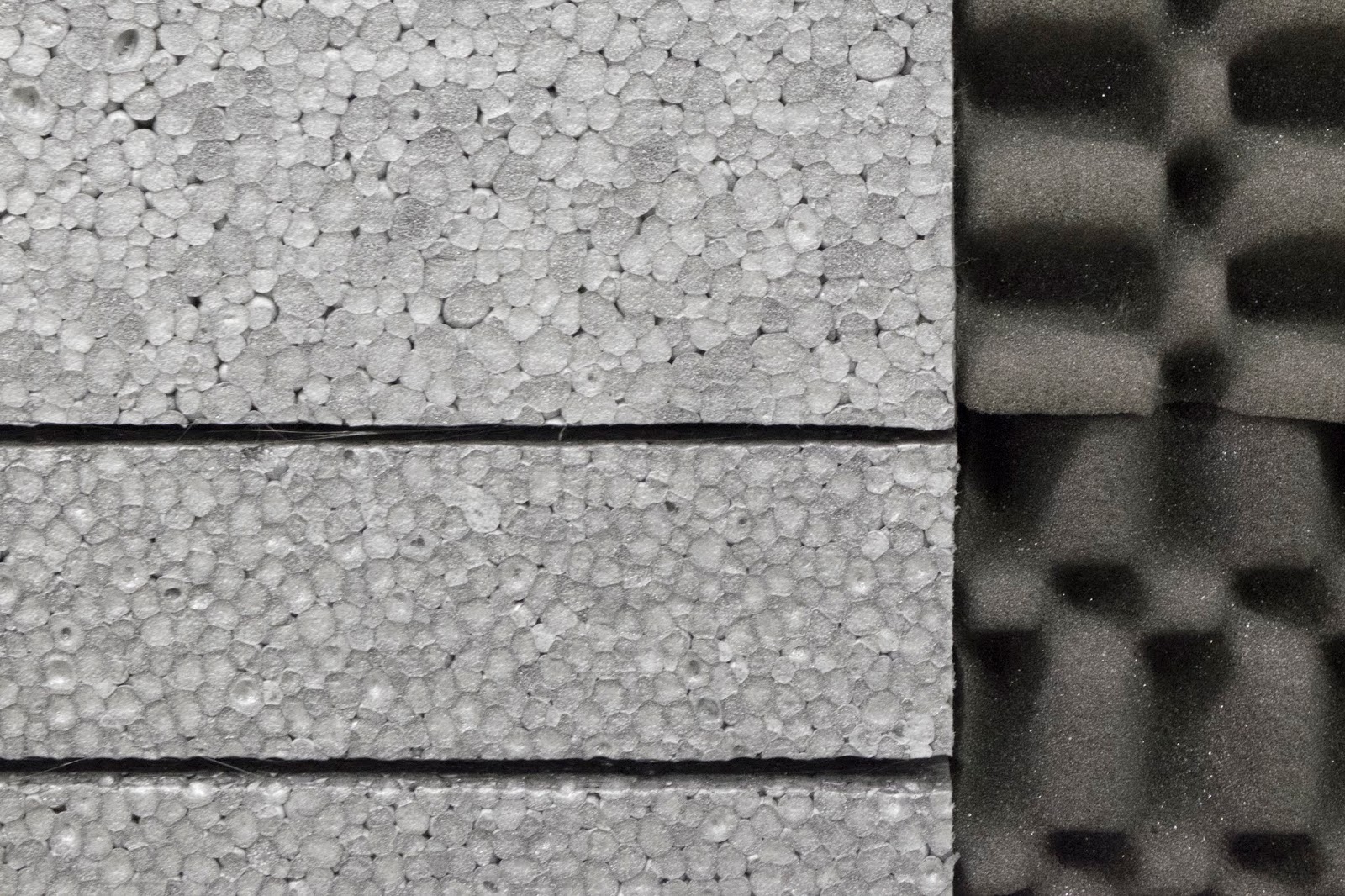 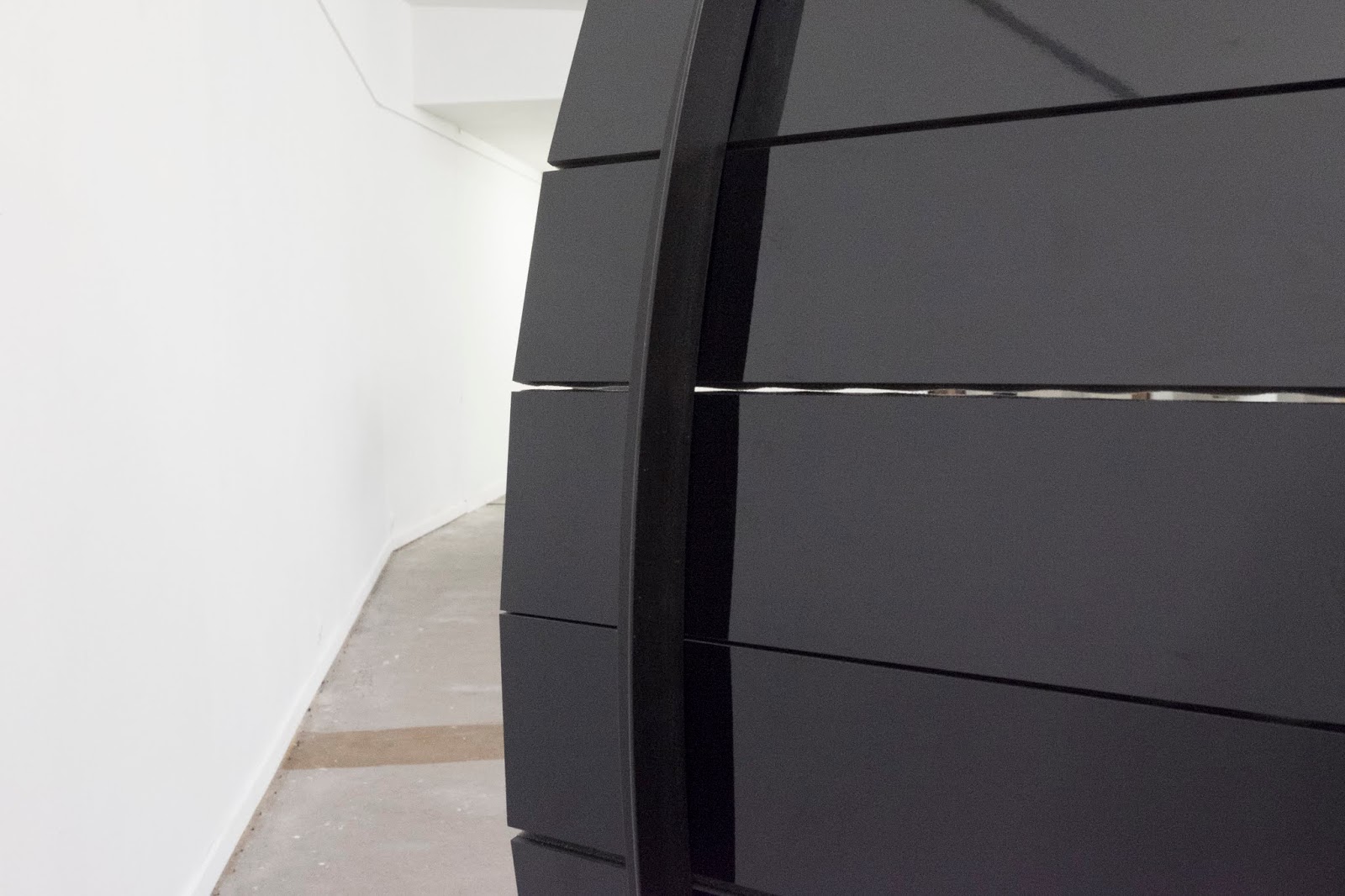 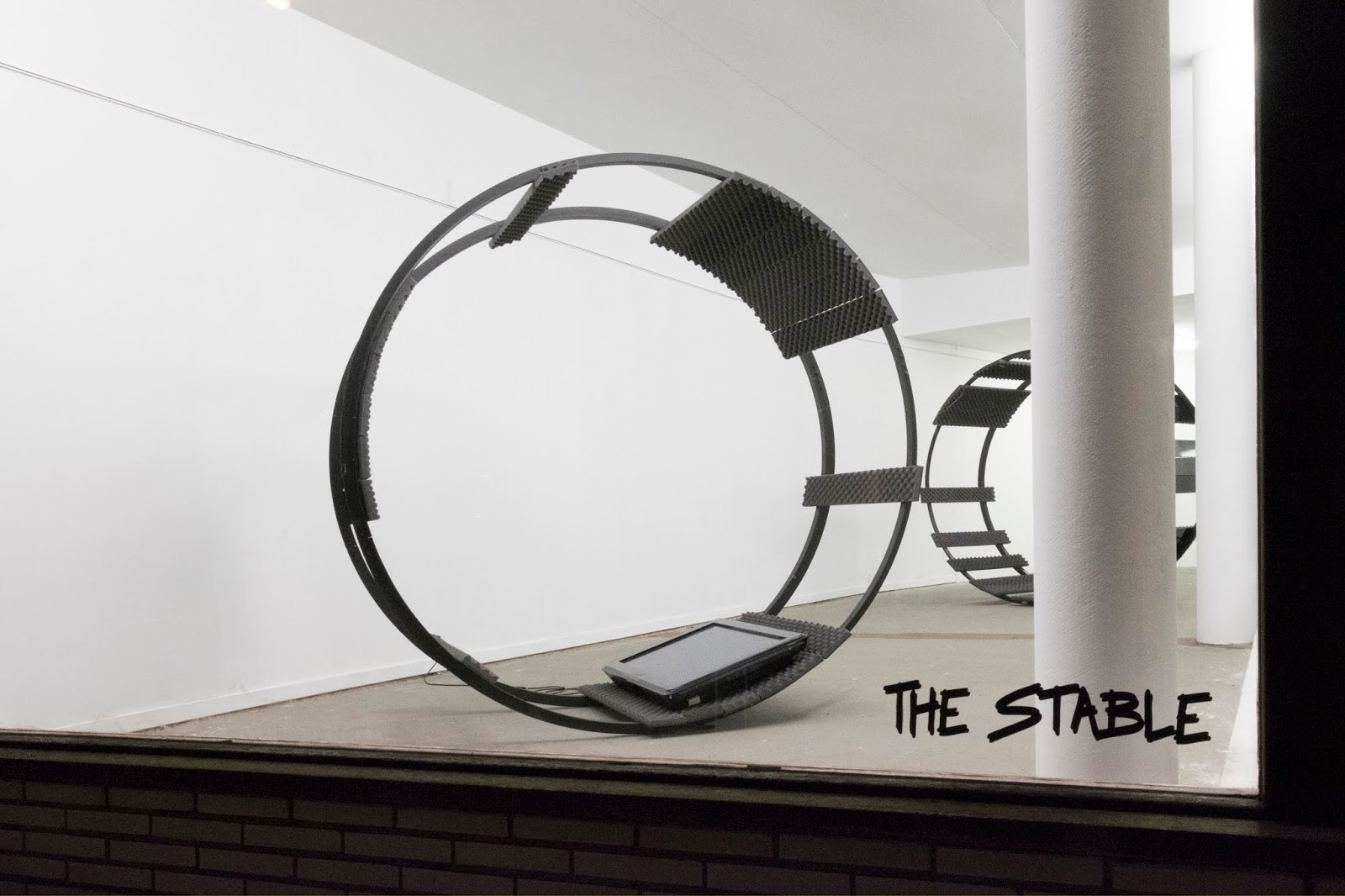 Since the mid-20th century, there has been an ongoing search for signs of extraterrestrial life.


This encompasses a search for current and historic extraterrestrial life, and a narrower search for extraterrestrial intelligent life.
When looking for the first time at the new works of Rashid Uri our mindset is directly triggered into futuristic minimal filmset props or a glimpse of components of a bigger installation.
The minimalistic 'loop' sculptures  contain construction material and soundboard foam. The first thing that came up with me the first time confronted with the sculptures was a direct link to a setting in ' 2001: A Space Oddyssey' by Stanly Kubrick. In the movie there are different rotating hallway shots where for example the tube hallway structure is a steady in the filmshot  as a first layer and at the back the room rotates continuously.
Another one is a centripetal motion shot where an actor is running in a cylinder structure in the spaceship that has the idea the room has no start nor ending point.
That questions us with the fact if the sculptures of Rashid Uri function as a sort of a photo lens we can look through to grab a glimpse of a landscape behind or rather focus on the structure itself. The circular forms give us the impression also they can be placed on the floor with different possibilities and turnouts.

M: The small introduction above opens up a perspective and some questions. Rather then to keep on rolling ideas it looks more interesting to have an insight in your practice.
How did you came up with those new sculptures and what is the development or link with previous work?
R: This work was born by observing a small figure in a Bosch painting.
All my work is born consciously and not by paradoxes, to create structures that are formally rigid and materially soft at the same time, through textures of new generation materials that are strangely fragile and "eternal" (by chemical composition).
The circles start from the same paradox. The video in the work is used as a further texture or intended as an image of silence.
The infinite combinations of "paintings" and installations open the work to multiple readings that travel all on the same thin line of boundary between the concrete and the unconcrete.

M:  Did you studied architecture or design as we feel a clear and focussed use of material in your work.
How did you come up with this or fall in love with the foamboards for example?
R: I did not study architecture, but I have always appreciated and studied it for passion and thanks to several friends architects and designers.
My "relationship" with the materials I use was born when I discovered that these synthetic polymers in their lightness and fragility protect from fire, water, heat and cold, this contradiction interested me from the first moment becoming a constant in my research

M: When i was talking about the movie '2001 A Space Oddyssey' was this something you also linked to the works when you made them. Or how do you relate yourself to them?
R: The cinema is another of my great passion. The connection with 2001 to space odyssey is something I had not thought about but thought it was one of those unconscious references I was talking about earlier.
It's definitely true that any of my work may seem to be part of a larger installation, and it is for sure.
Space does not have beginning and has no end, it does not have an above or an underneath, my work tries to move in the same way with infinite possibilities.
Mario Merz in the 70s called a series of works “Che fare?” (what to do?). Can we go on standing still?

In light of these considerations and the accuracy of the suggestions you have read in my work, do you find common connections in the approach to your work? The cinema, for example?