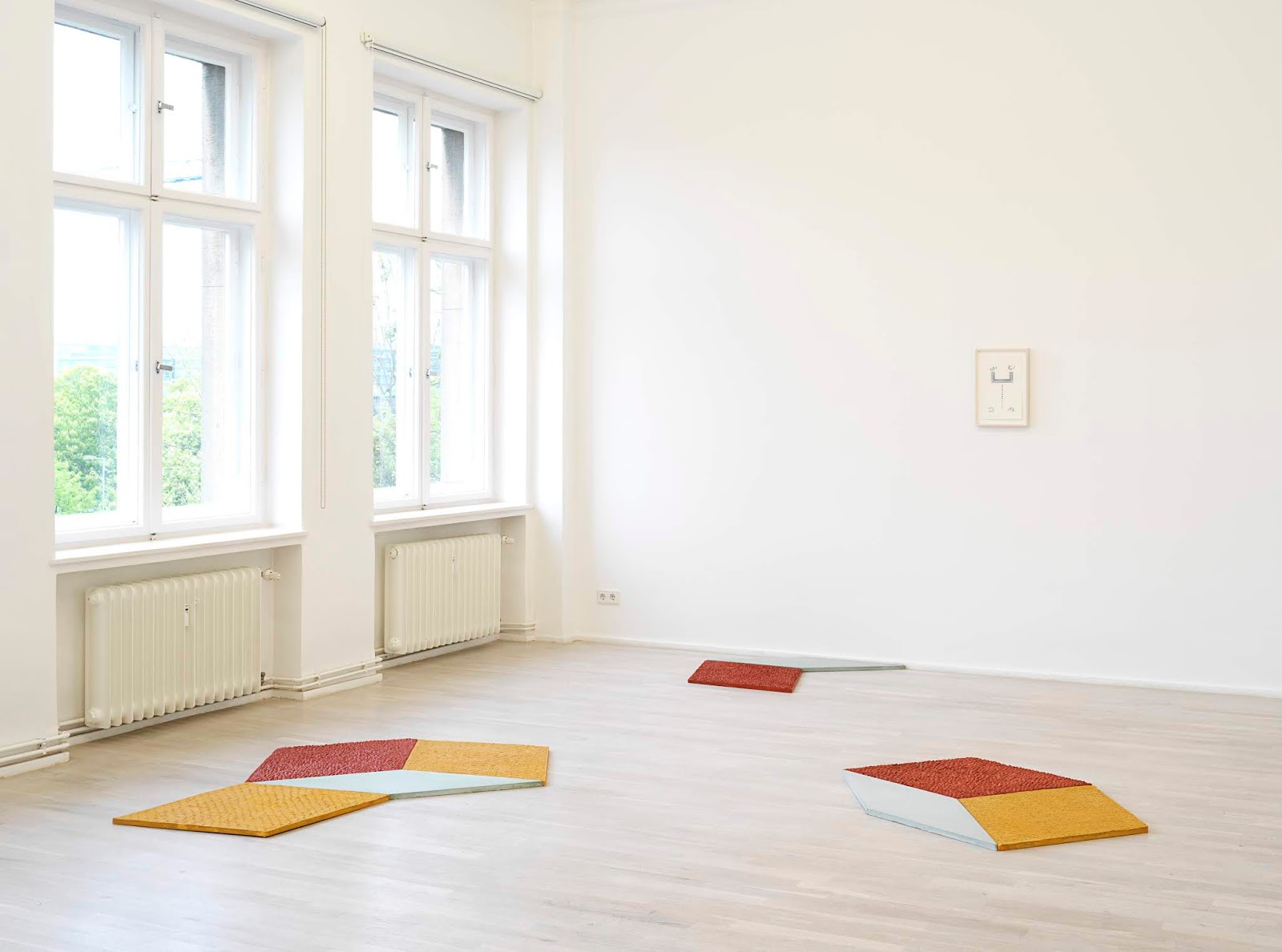 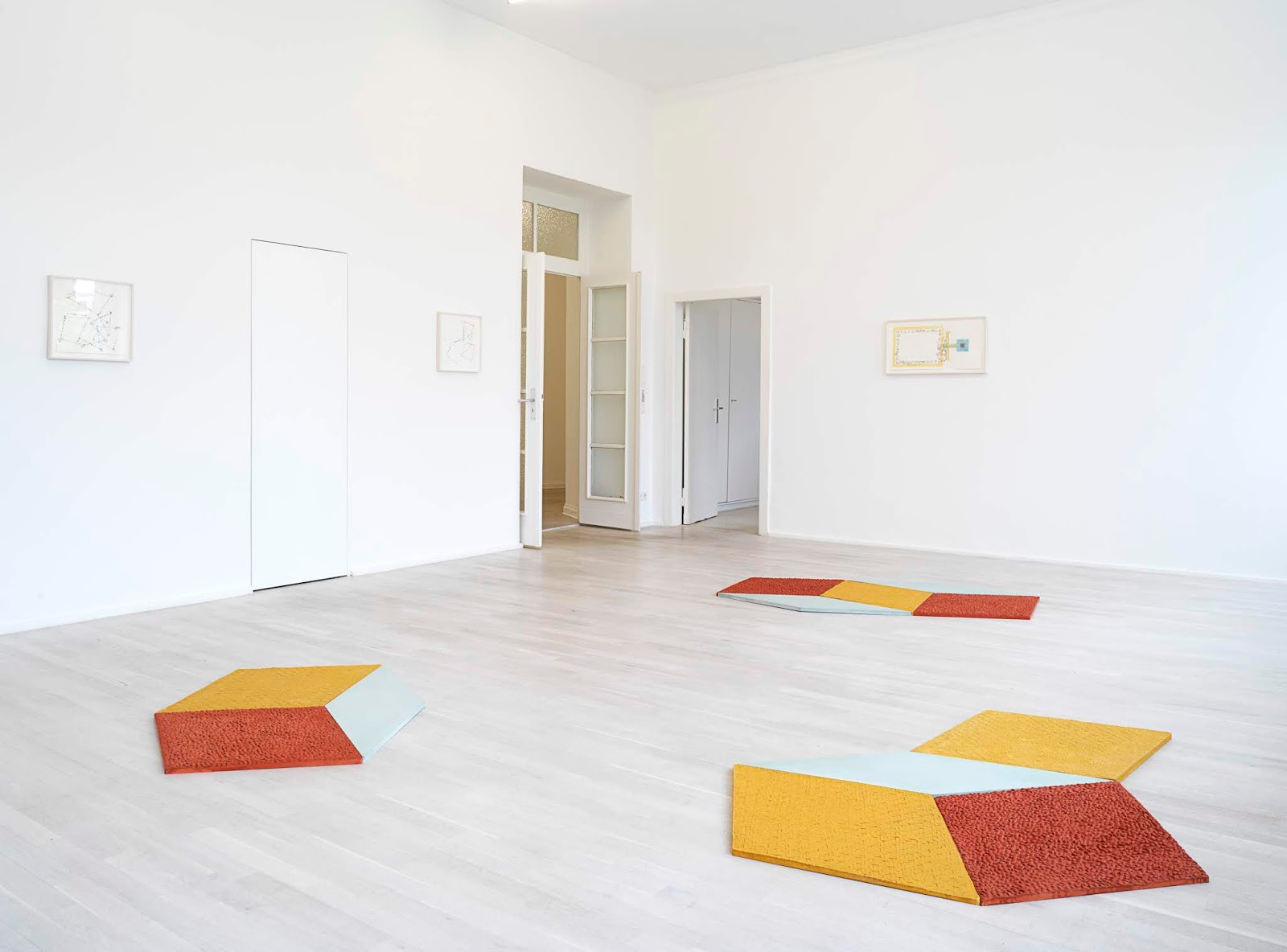 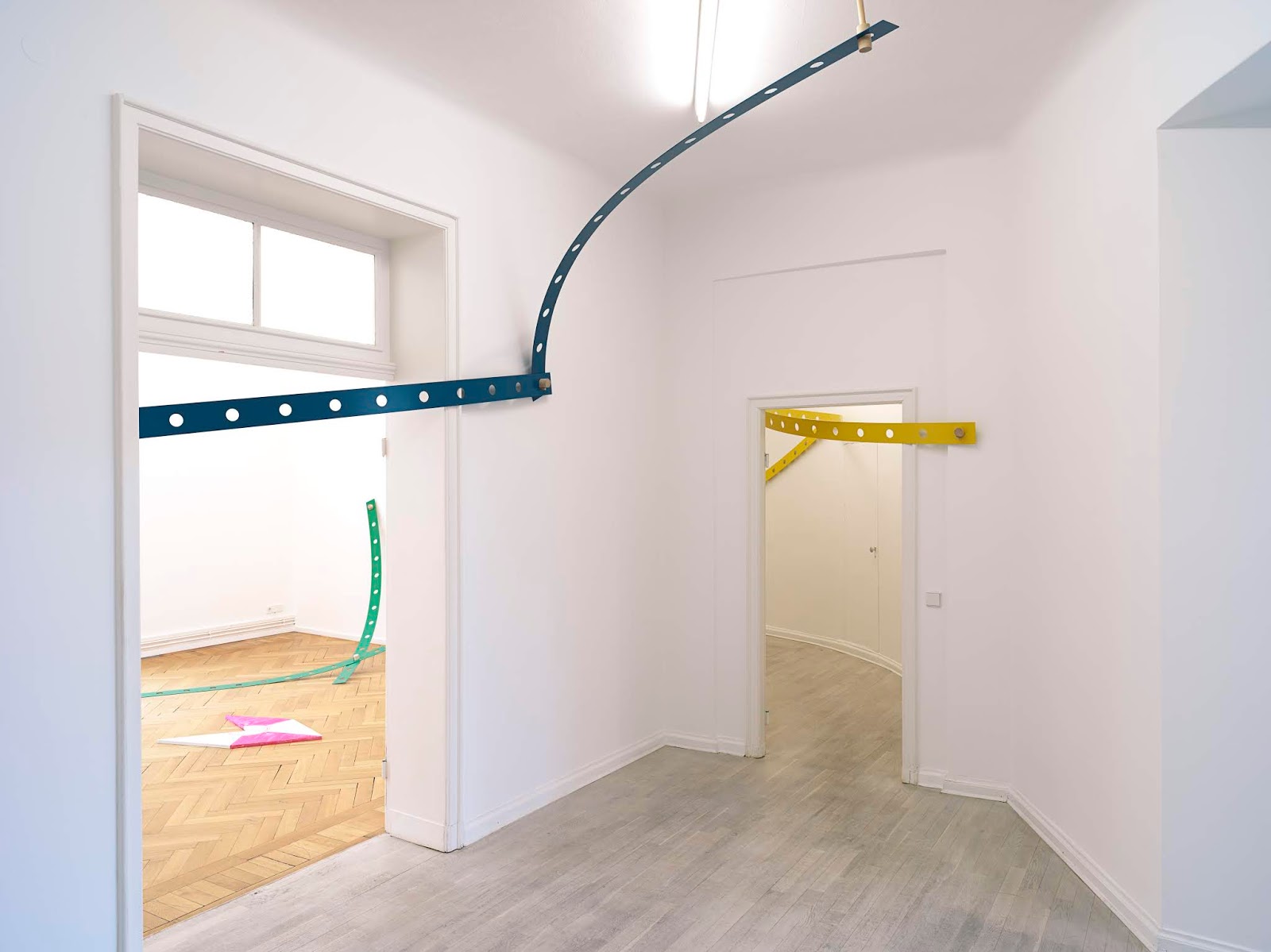 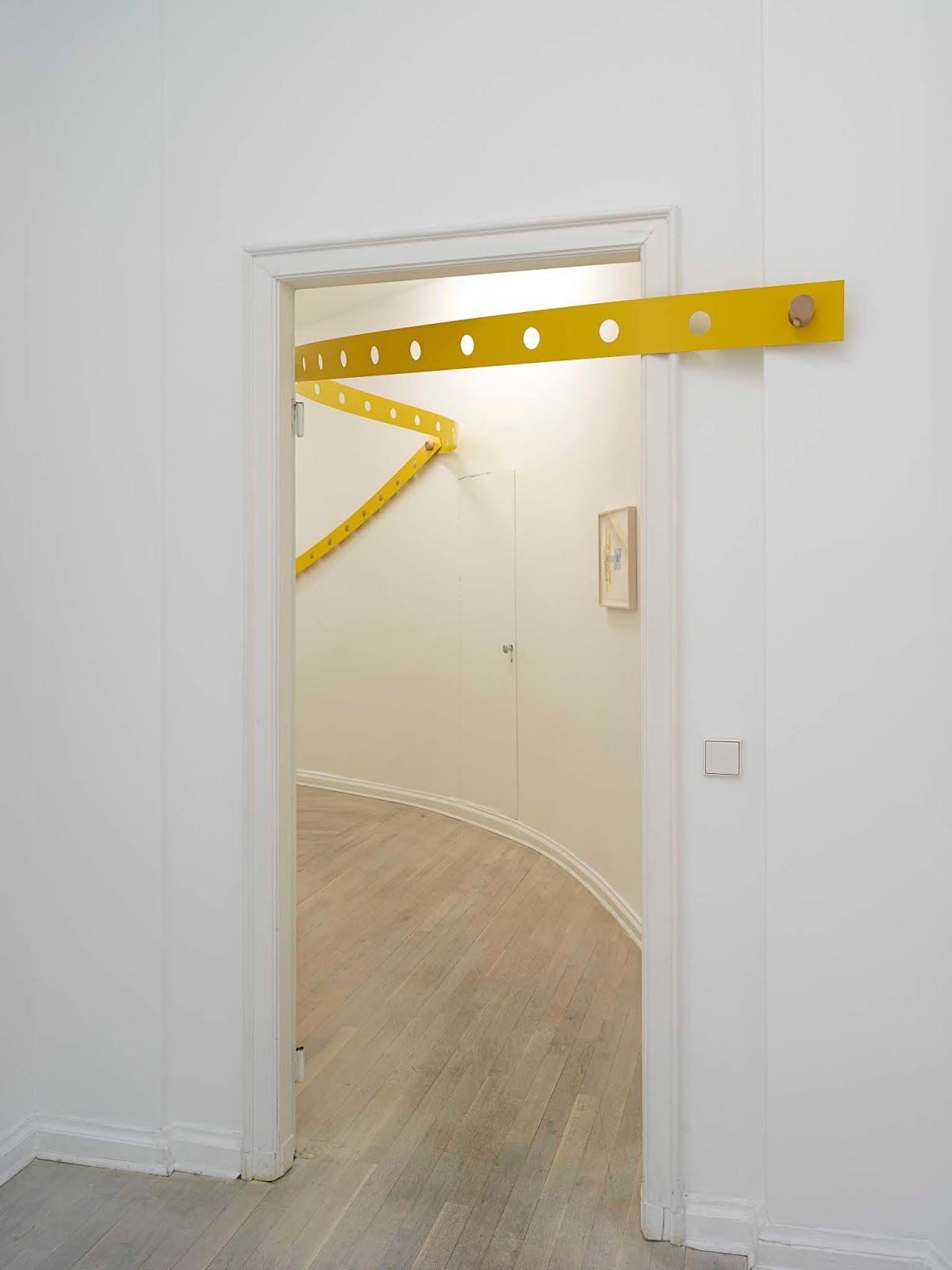 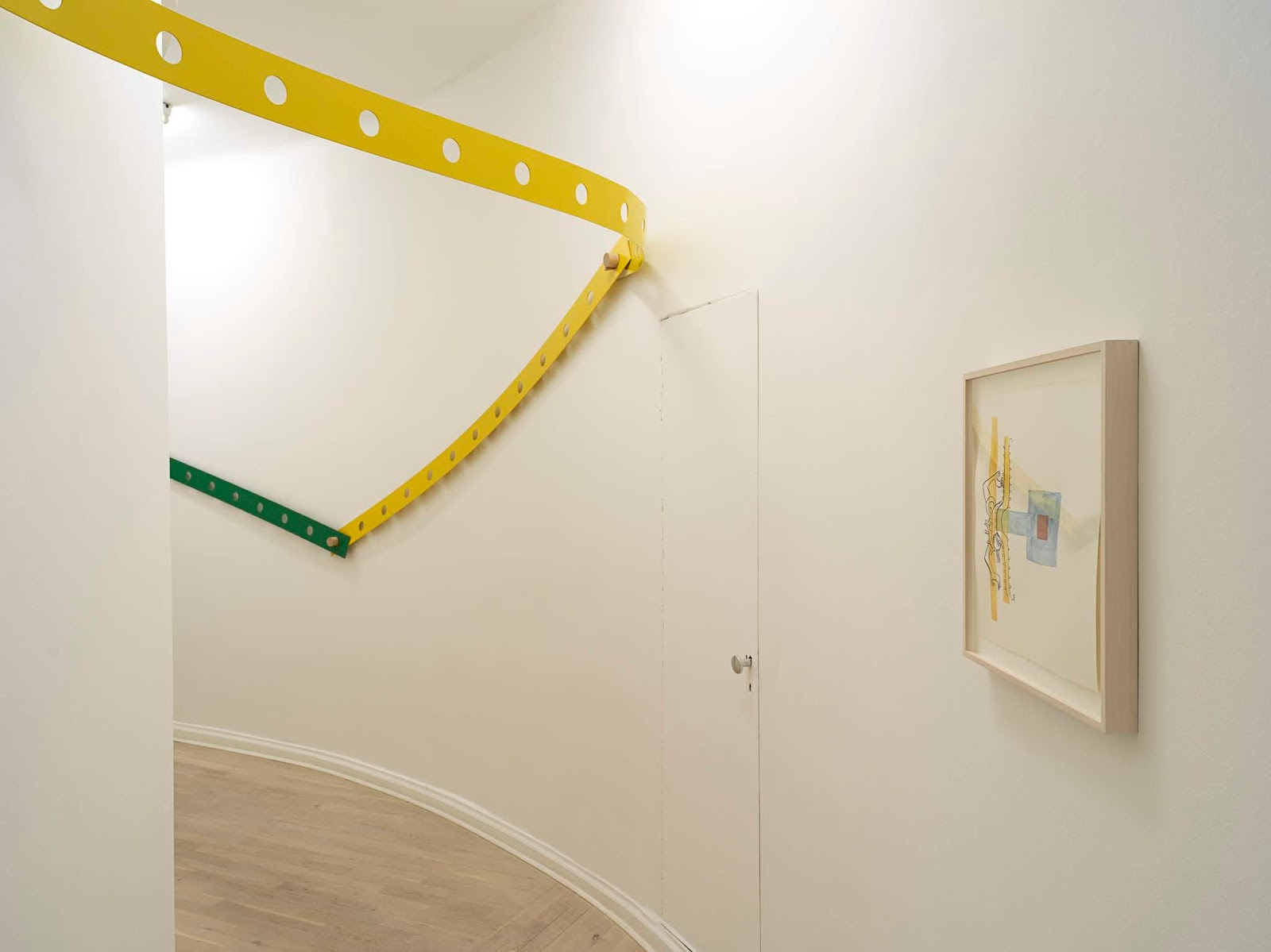 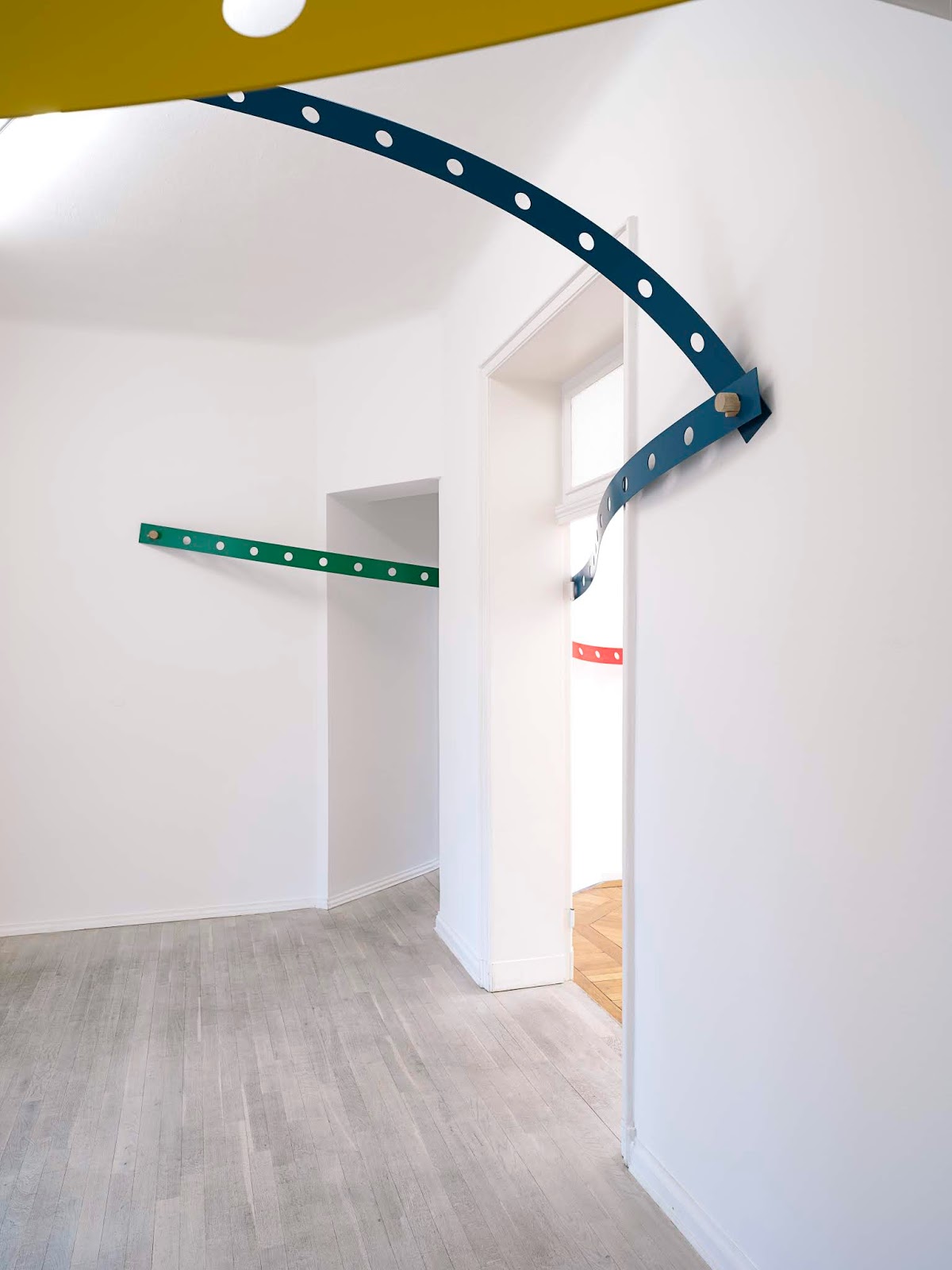 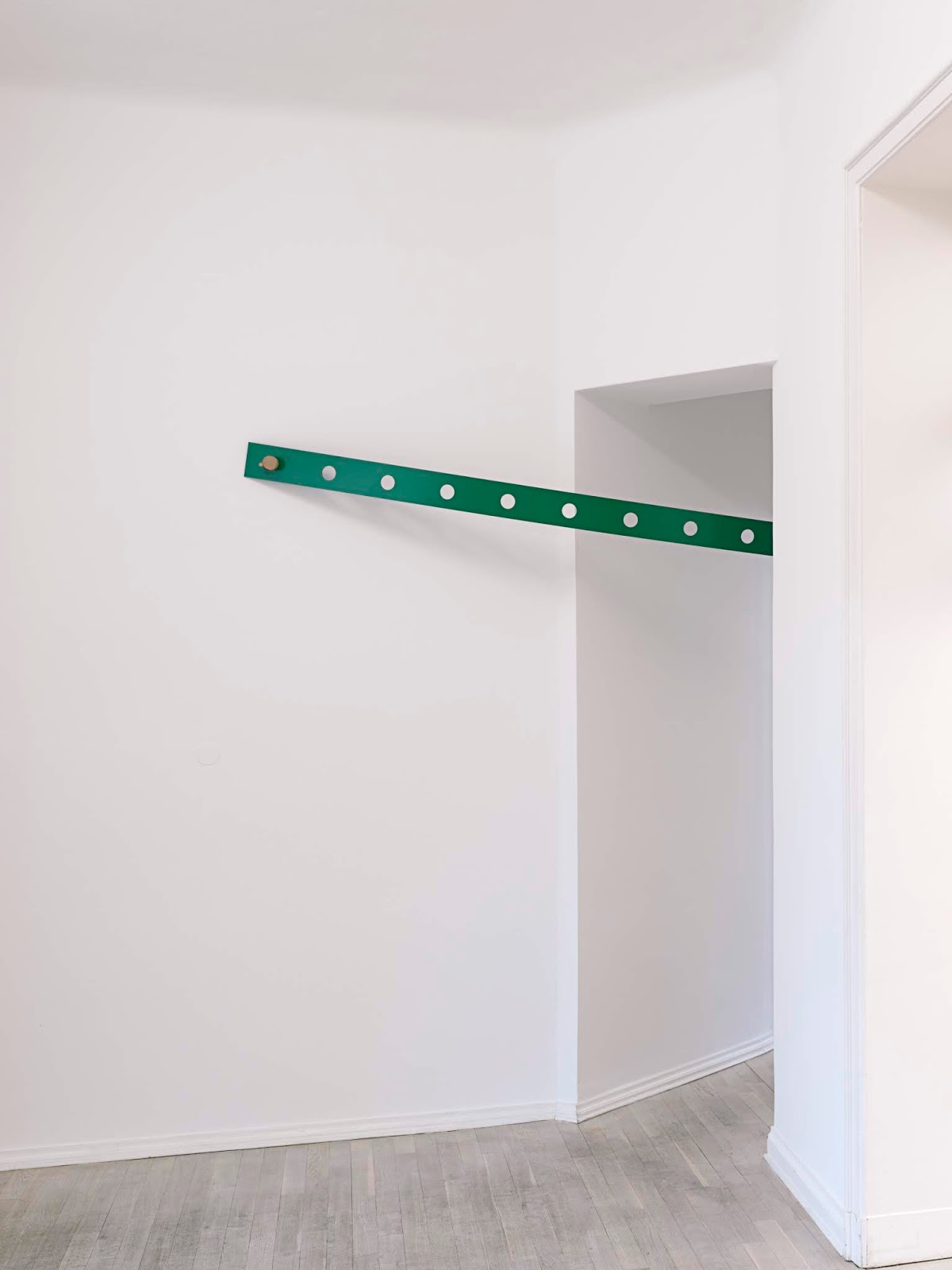 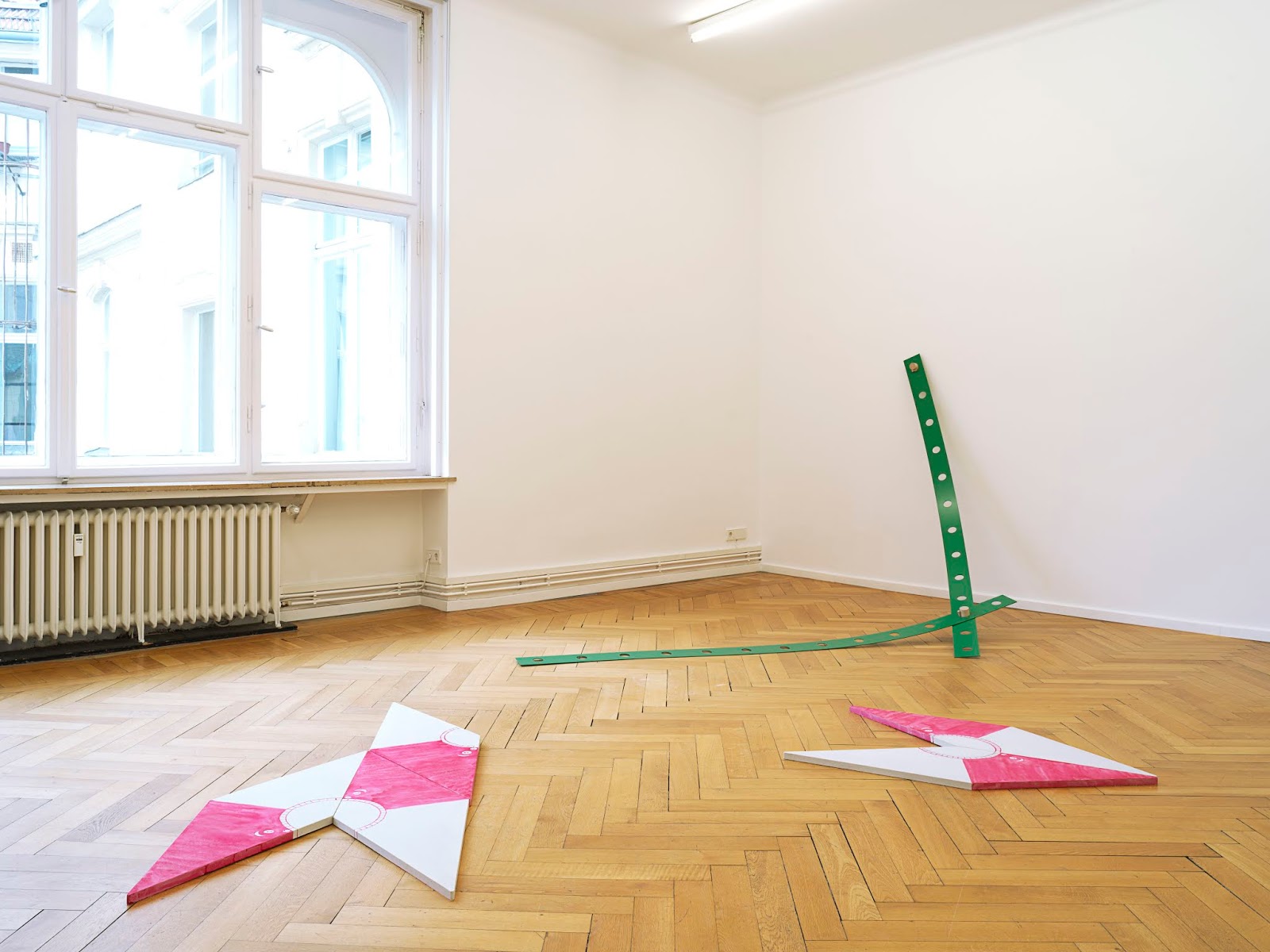 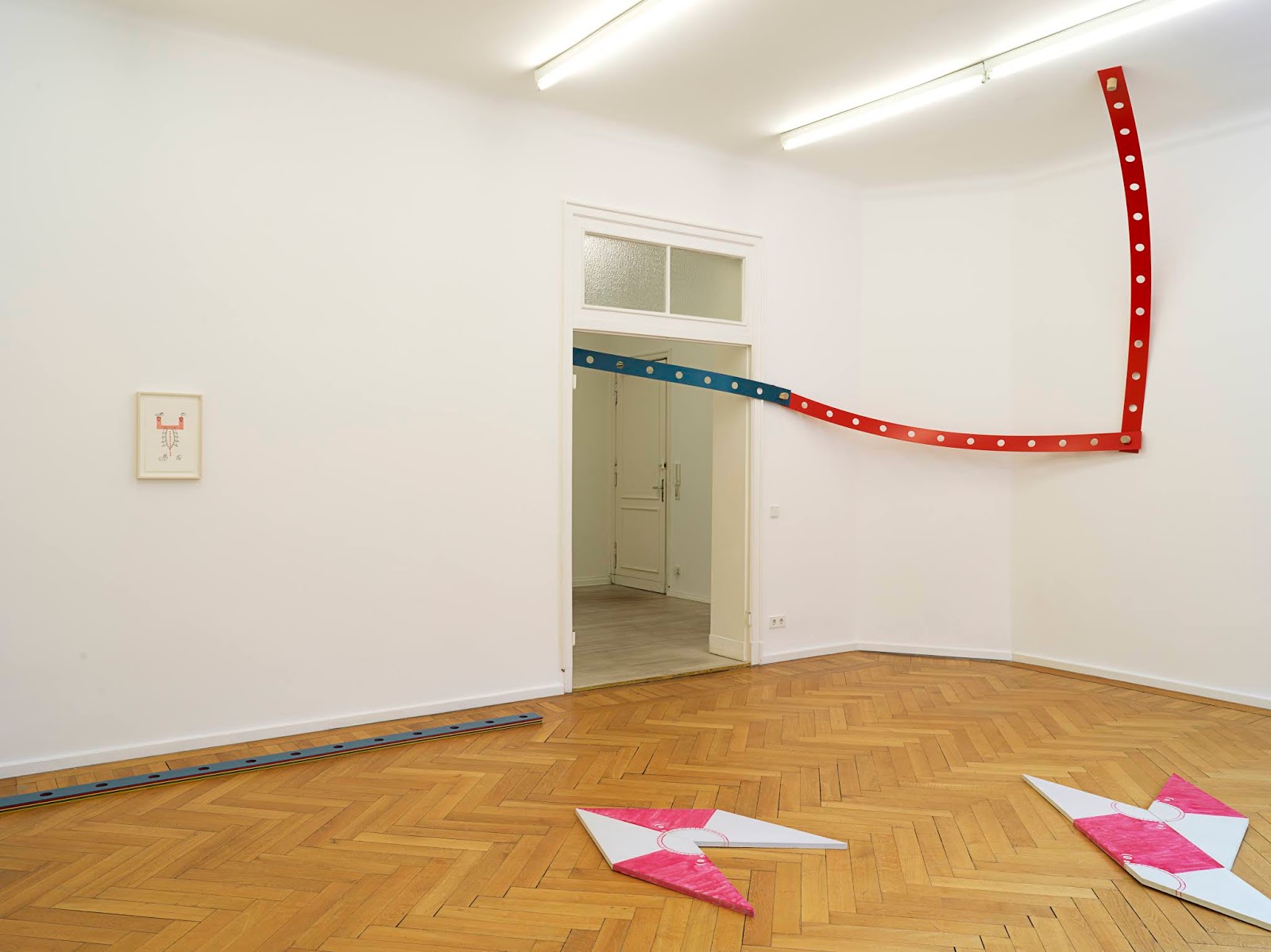 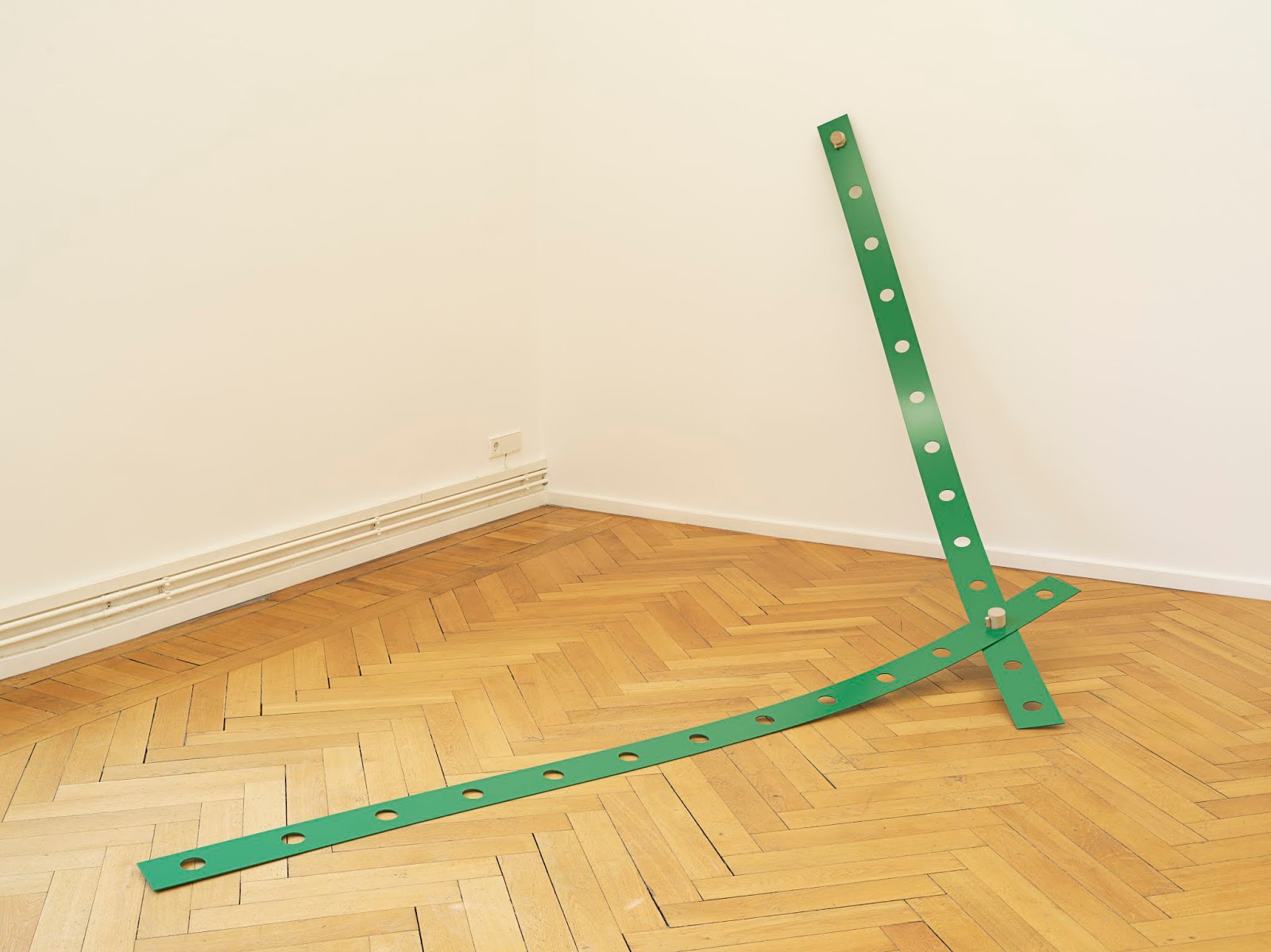 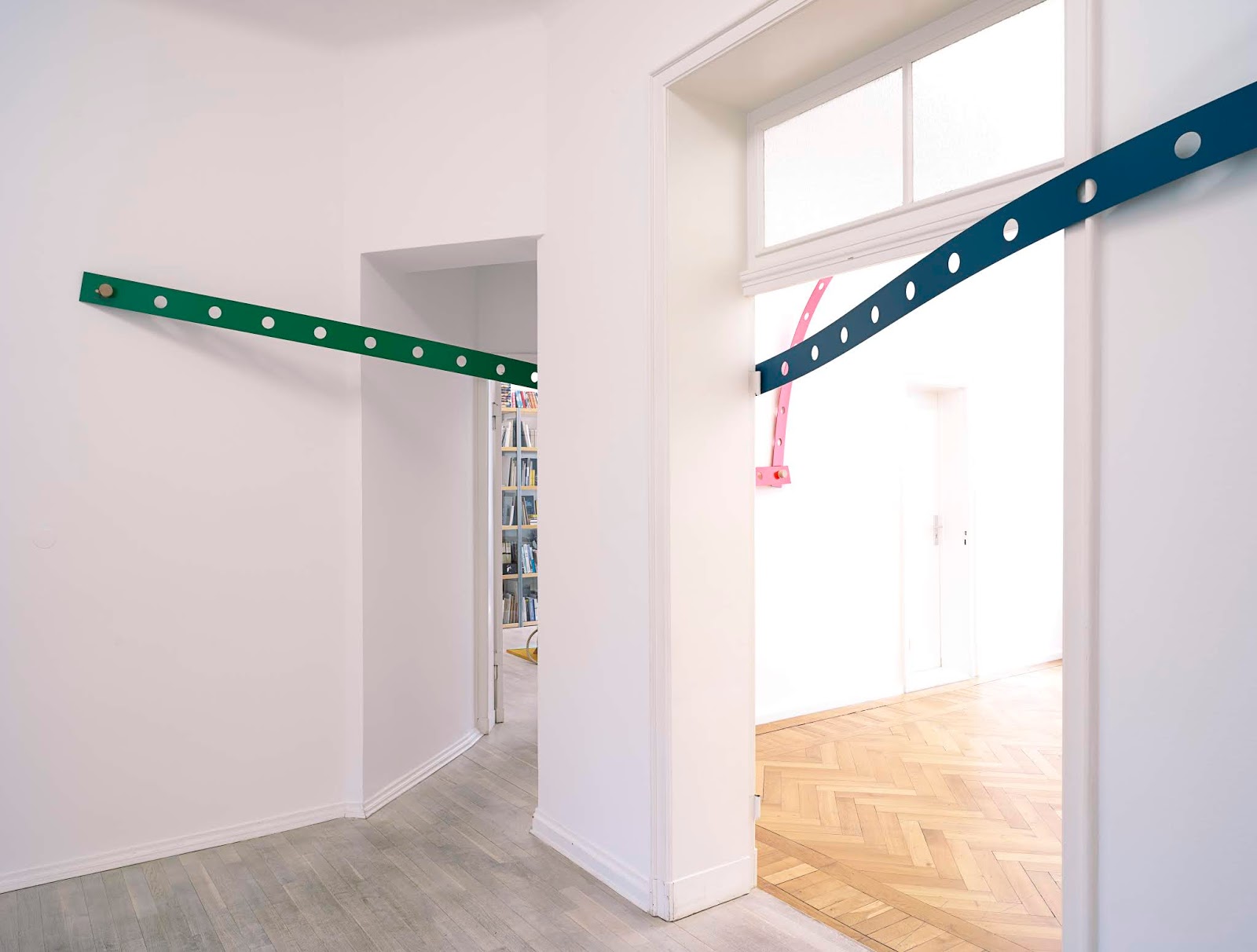 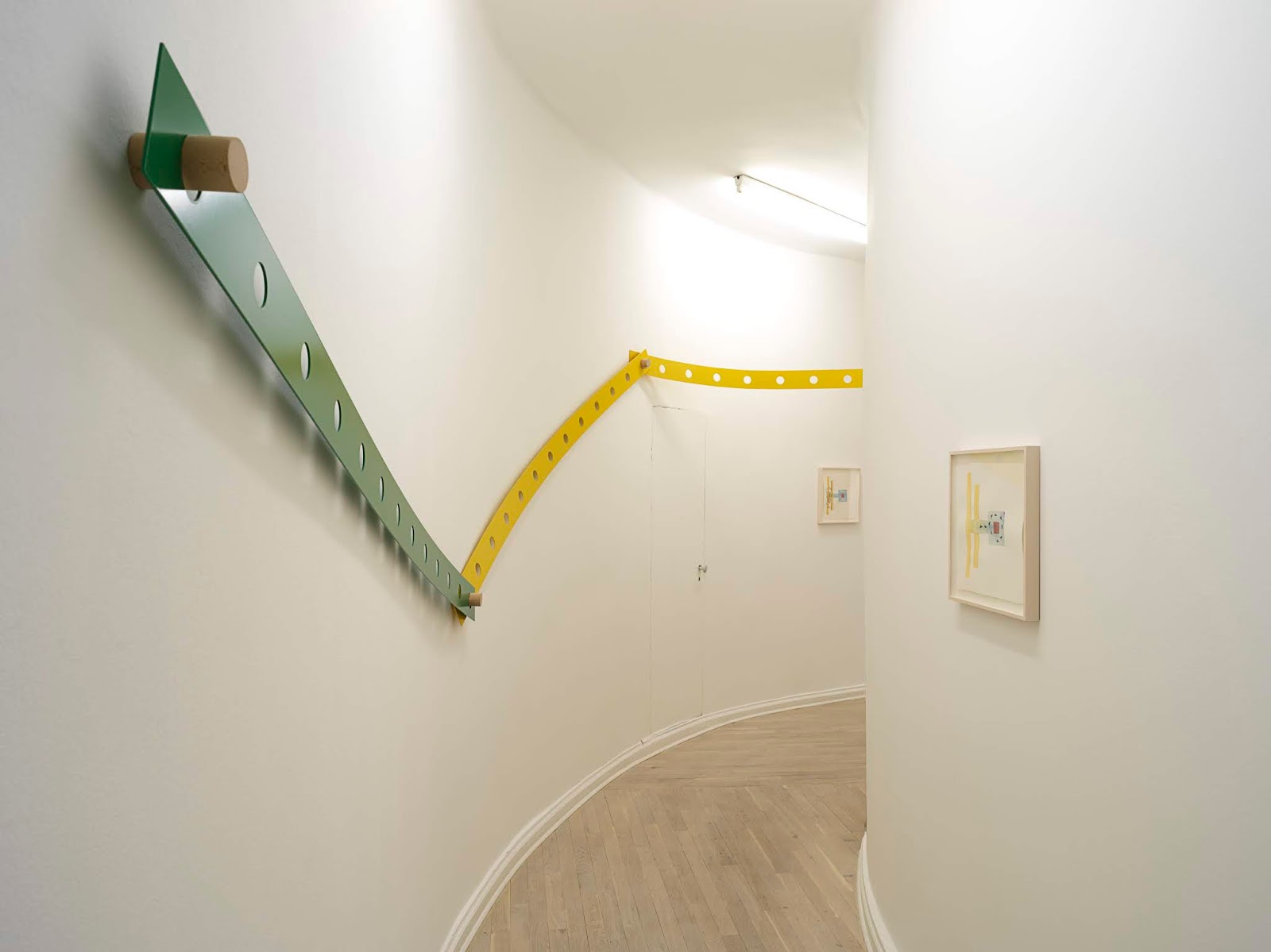 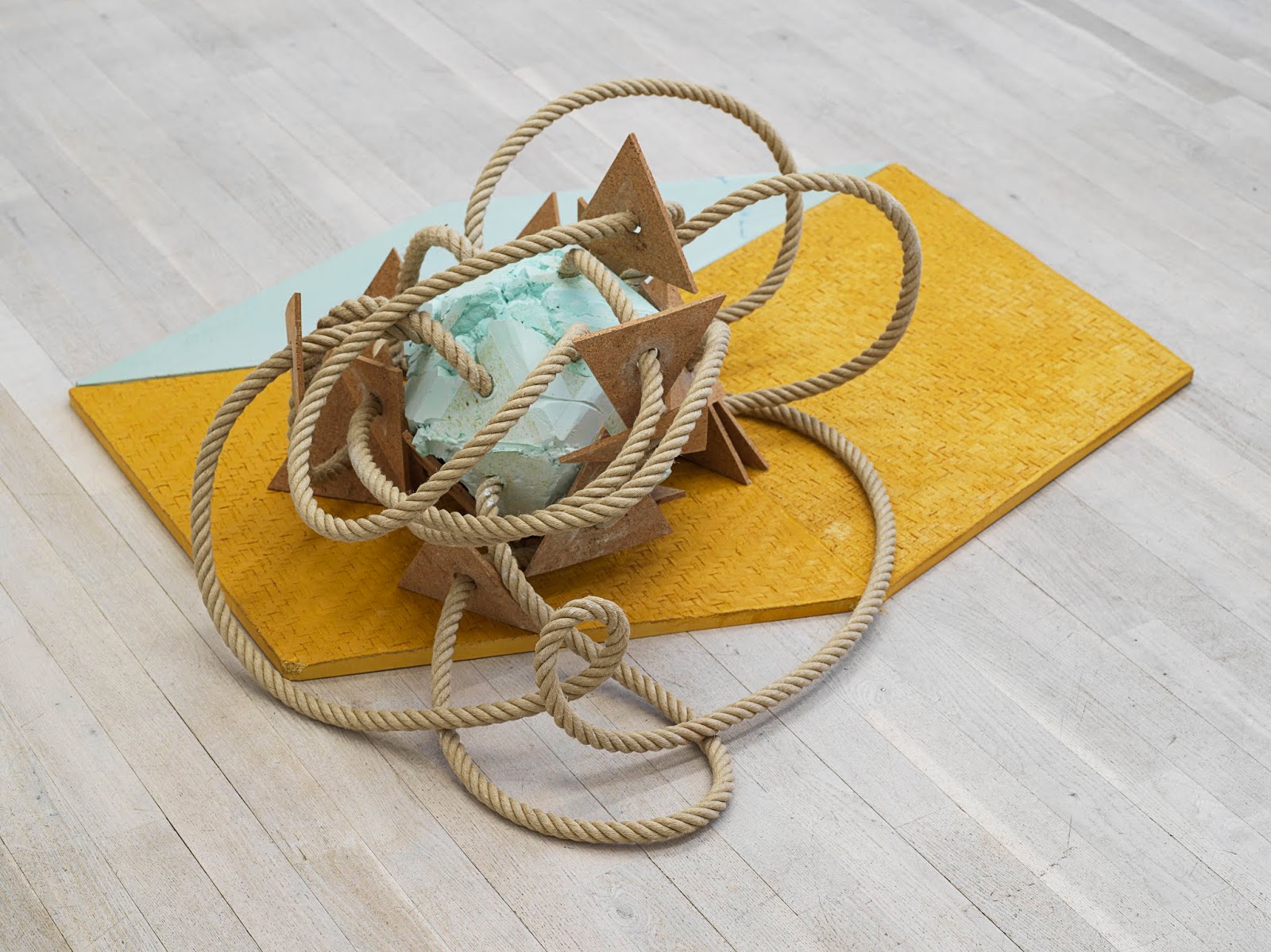 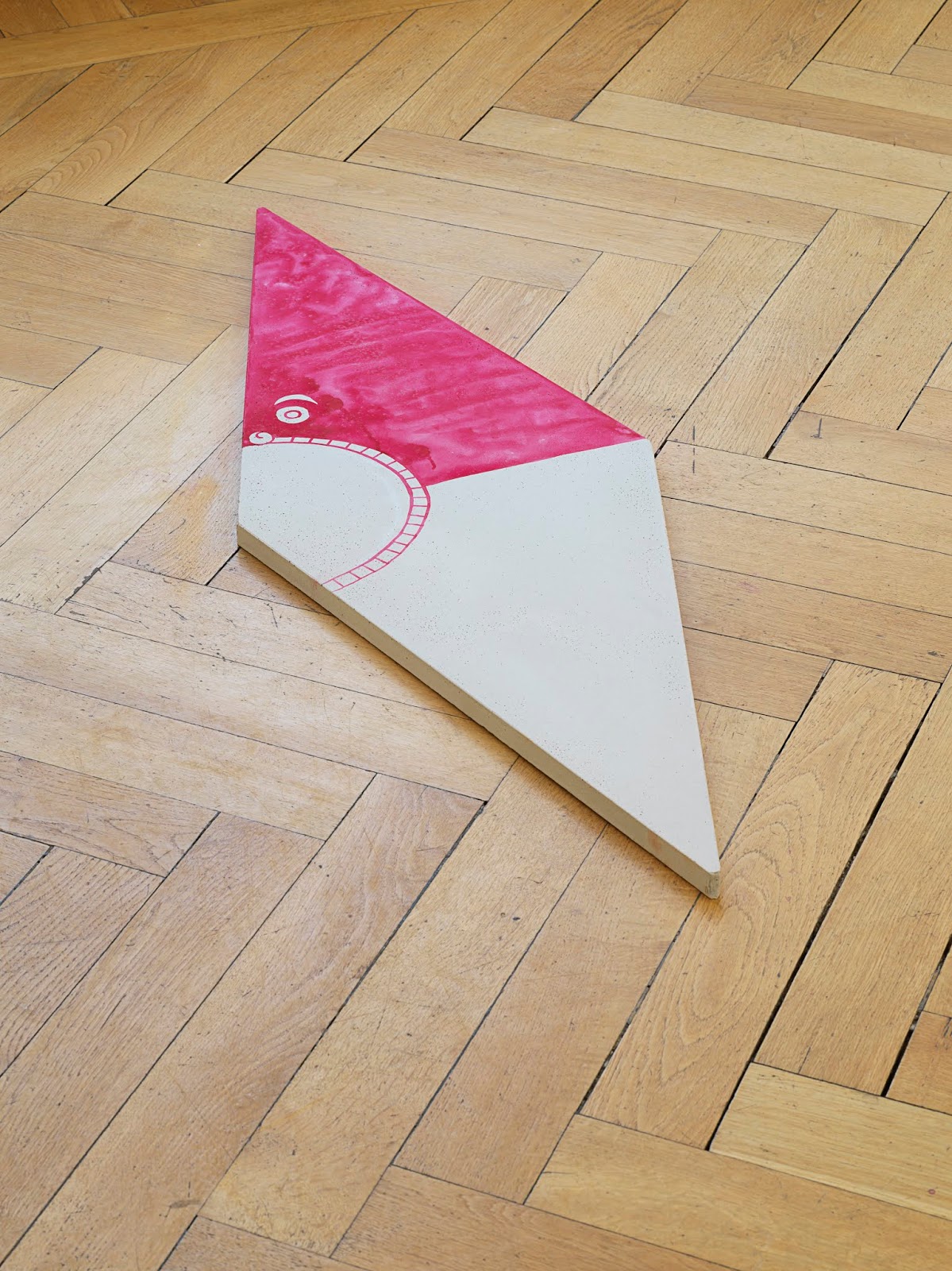 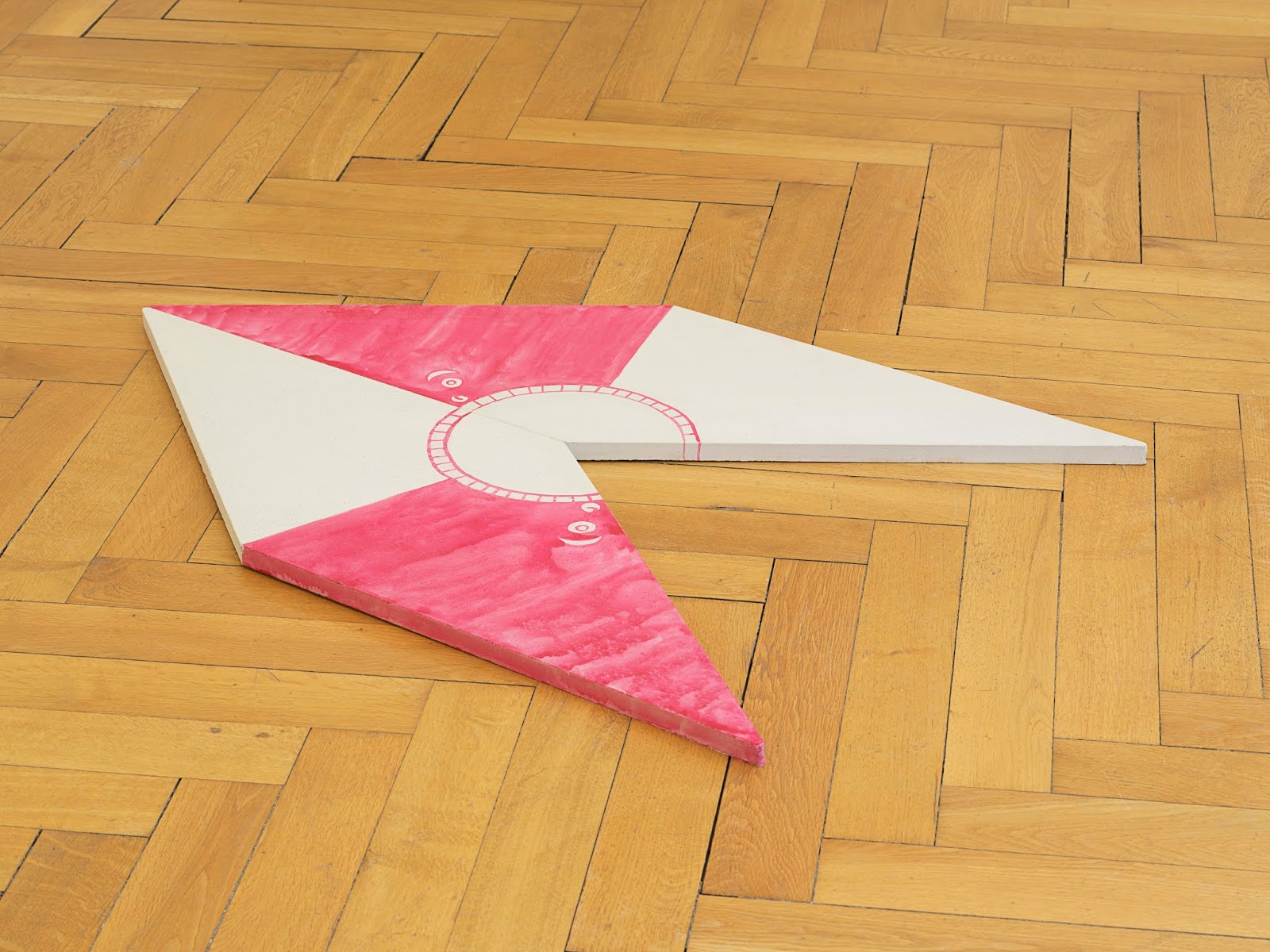 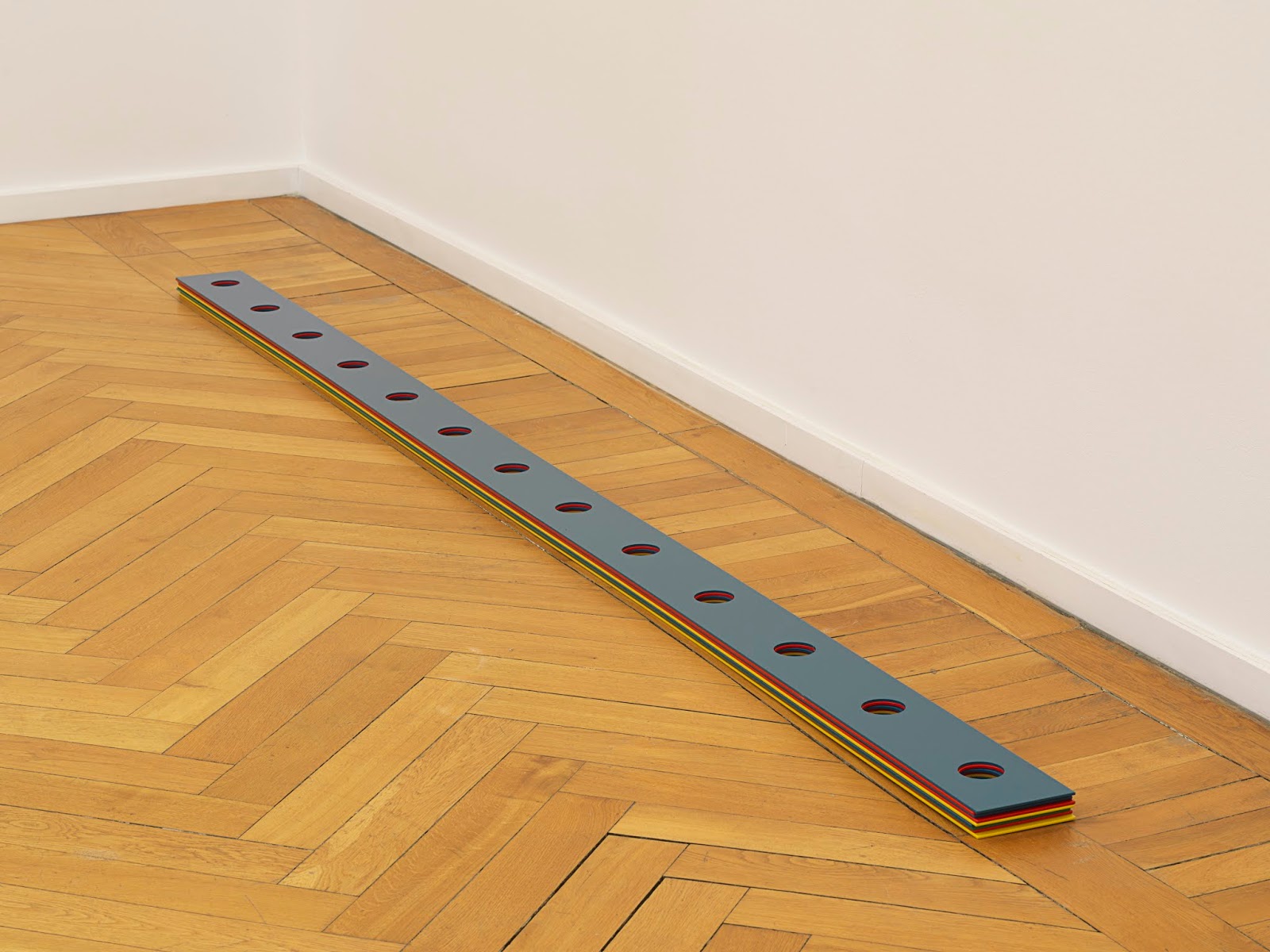 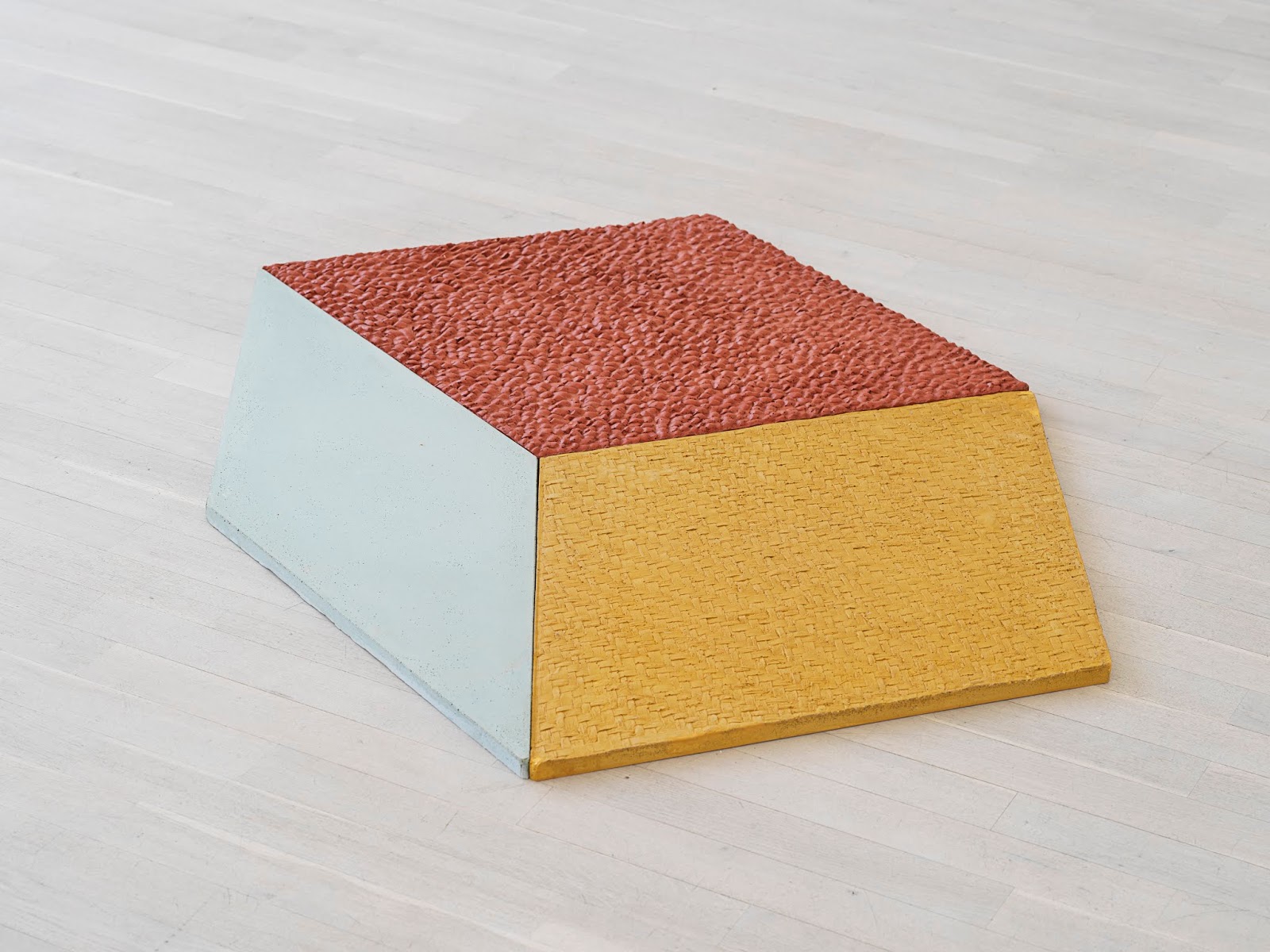 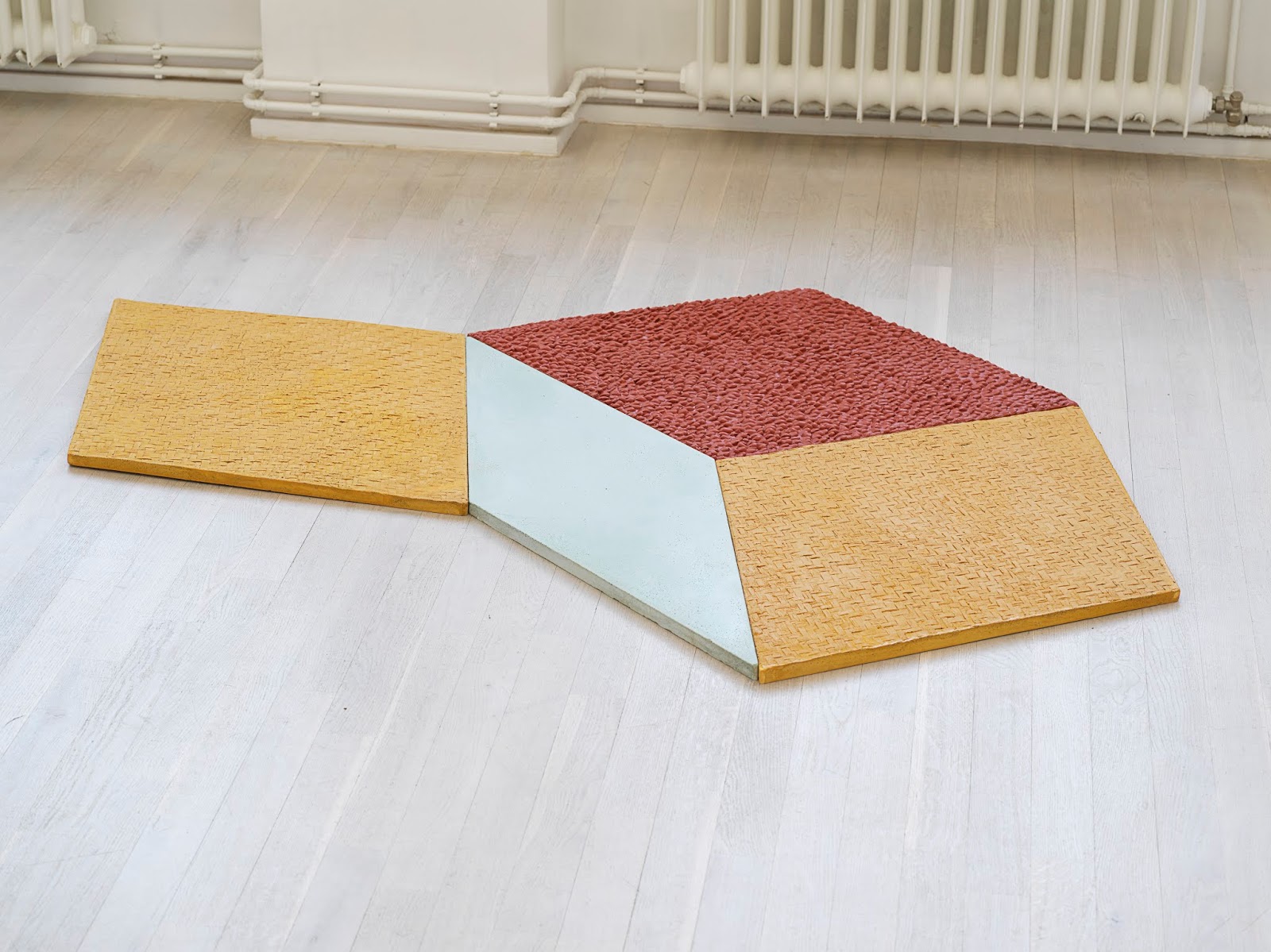 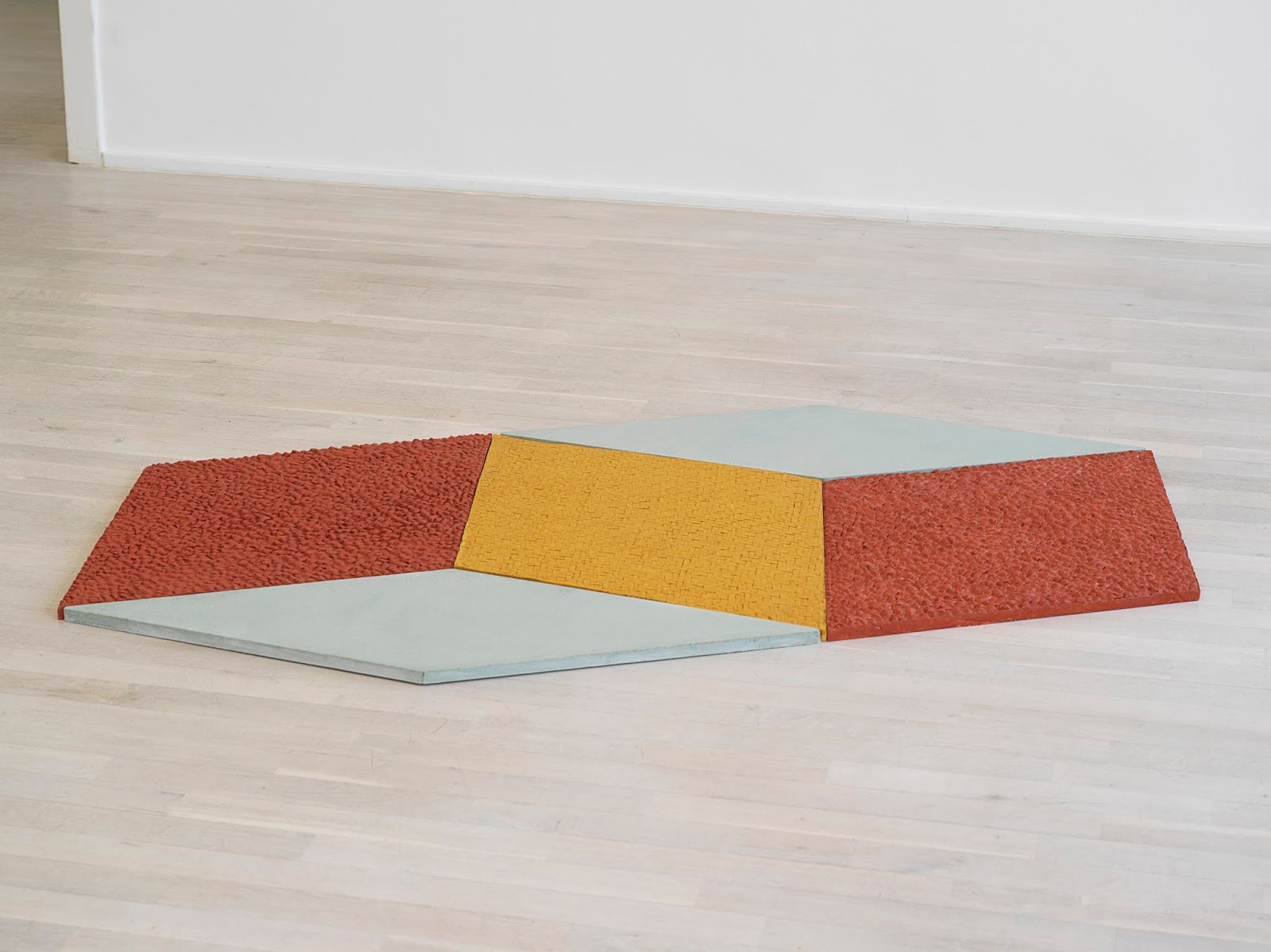 "Thoughts are thoughts of the body: one’s own body, other bodies; thinking seeks to bring thoughts together in a body of thoughts." Didier Anzieu

The Skin-Ego is a concept coined by French psychoanalyst Didier Anzieu on the relations between the skin and the formation of the ego. For Anzieu, both the brain and the skin are surface entities. The exhibition explores these mental and bodily skins through a time-space calendar and a shared skin, and includes a series of new sculptures, drawings and an architectural intervention.
The works draw a vis-à-vis between the body and the measuring of space and time, taking a calendar and the deity Xipe Totec as a starting point.
The tonalpohualli is a cosmological technology for the count of time. The first evidence of the Mesoamerican calendar dates to the VI century BC in the form of calendrical signs and numerals carved in relief on stone monuments in Oaxaca. Apart from measuring time, it is a divinatory system entangling spatial coordinates, agriculture and ritual sacrifices. The Gods, events and other elements it carries as augural messages, define the way people conduct their affairs and even what kind of people they are likely to become.
The tonalpohualli is a calendar of 260 days, composed of two cycles: a cycle of 20 day signs and a shorter cycle of 13 numbers. Each day is a combination of a day sign and a number, and they run concurrently until all the combinations are exhausted. The day 1 Crocodile is always followed by 2 Wind, 3 House, 4 Lizard, and so on, until the shorter 13 number cycle ends with 13 Reed, after which it starts anew with 1, yet continues to combine with the remaining day signs - 1 Jaguar, 2 Eagle and so forth.
The connection between the body and the environment is present in the calendar, for instance the signs of the days and the body parts maintain a correspondence. The sap of the amate tree used to make paper is blood, the smoke of fire is human breath, and the tree bark is human skin. It is a game of substitutions and transmutations in the indigenous cosmogony. Departing from the skin and its materiality, the material gives shape and identity. It materializes but also substitutes and personifies, not only by visual analogies but also by subtle material relations.
In the calendar, the deity Xipe Totec is often depicted as a man wearing the flayed skin of another on top of his own. The annual festival related to Xipe Totec consisted of the sacrifice of the victim, and the transfiguration of another person through wearing the skin of the sacrificed.
The Nahua concept of ixiptla derives from the particle xip, meaning skin, coverage or shell. As a natural outer layer of tissue that covers the body of a person or animal, the skin can be separated from the body to produce garments, containers for holding liquids or parchment as a writing surface. Ixiptla has been understood as image, delegate, character and representative.
Within the frame of our exhibition, Mariana Castillo Deball will present the fourth issue of Ixiptla: a series of collaborative research journals published by Bom Dia Boa Tarde Boa Noite in Berlin.
Parallel to the opening of our show, the exhibition Hello World. Revising a Collection opens at the Hamburger Bahnhof – Museum für Gegenwart in Berlin where three major works by Mariana Castillo Deball will be on display. The ceramic columns Rhomboid, Mechanical Column and Snake that have been shown at our gallery in 2015 are part of her project Who will measure the space, who will tell me the time?. The initial question for the project was what relationship the Atzompa potters have with their archeological heritage and how it is expressed, contaminated or dissolved in the present. Several patterns can be identified among the different ceramic modules of the columns: pre-Hispanic figures, screws, toys or even Brancusi‘s famous rhomboids from the Endless Column. The exhibition at Hamburger Bahnhof Berlin will be on view until August 26.
Mariana Castillo Deball (*1975 in Mexico City) lives and works in Berlin. In 2013 she won the Nationalgaleriepreis für junge Kunst (National Gallery Prize for Young Art), which led to her solo exhibition Parergon at the Hamburger Bahnhof – Museum for Contemporary Art, Berlin in 2014. Deball has had solo exhibitions, nationally and internationally, at the San Francisco Art Institute, Musée Régional D‘Art Contemporain Languedoc-Roussillon in Sérignan, Museo de arte contemporáneo de oaxaca maco in Oaxaca and in Haus Konstruktiv in Zurich, among others. She has also taken part in numerous group exhibitions.
In 2018, Deball has a solo exhibition at the Savannah College of Art and Design Museum (SCAD) and her works are on show at the Hamburger Bahnhof, Berlin, as well as at the Fondazione Sandretto Re Rebaudengo in Turin, among others. In the show Statues also Die. Conflict and heritage from the ancient world to the modern day in Turin, the Mschatta Fassade – Deball‘s main work from her Parergon exhibition – is shown in the Palazzo Reale’s Salone delle Guardie Svizzere until September 9.
Tags Barbara Wien, Berlin, Lazy exhibitions, Mariana Castillo Deball
Newer Post Older Post Home