Lena Henke / An Idea of Late German Sculpture; To the People of New York, 2018 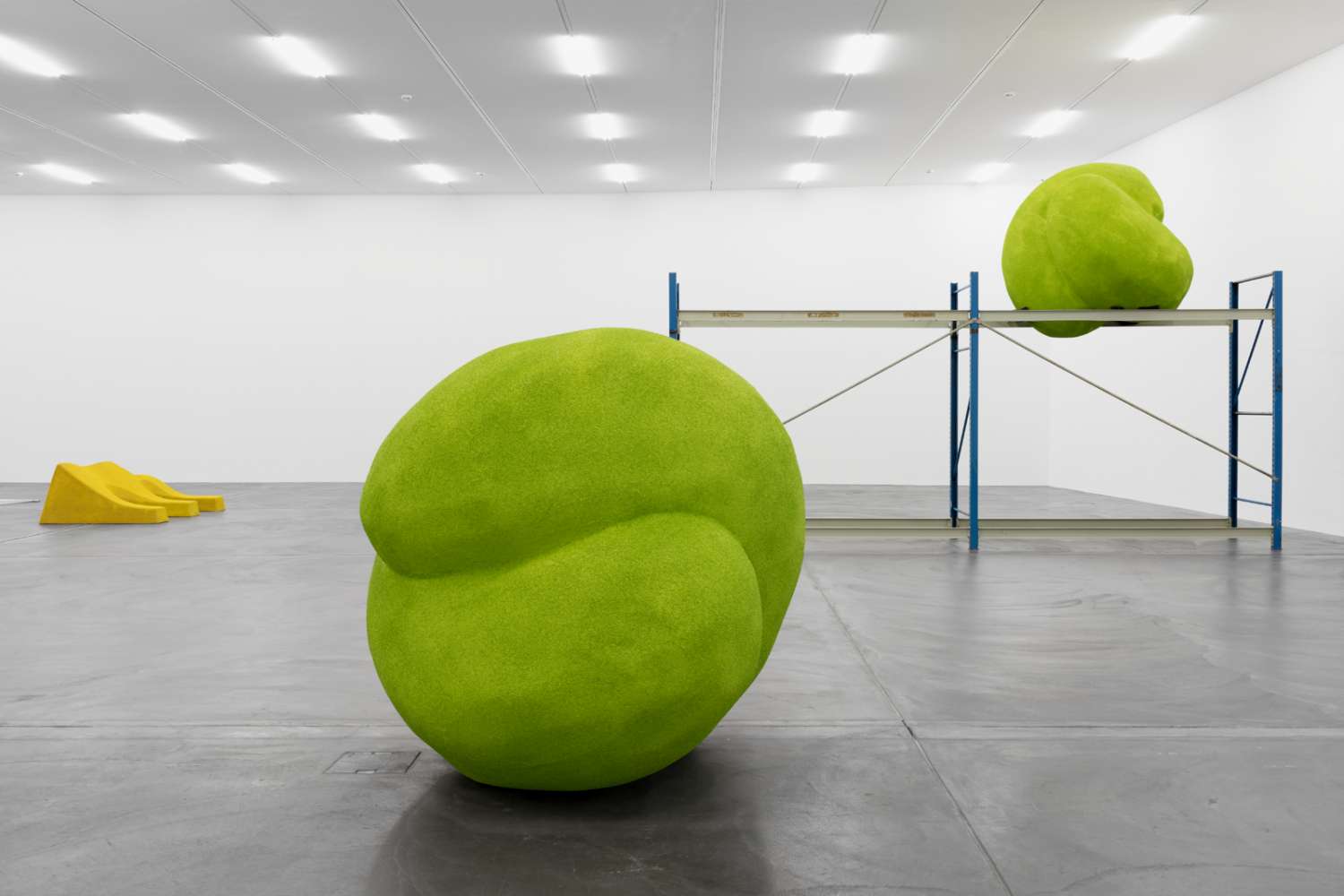 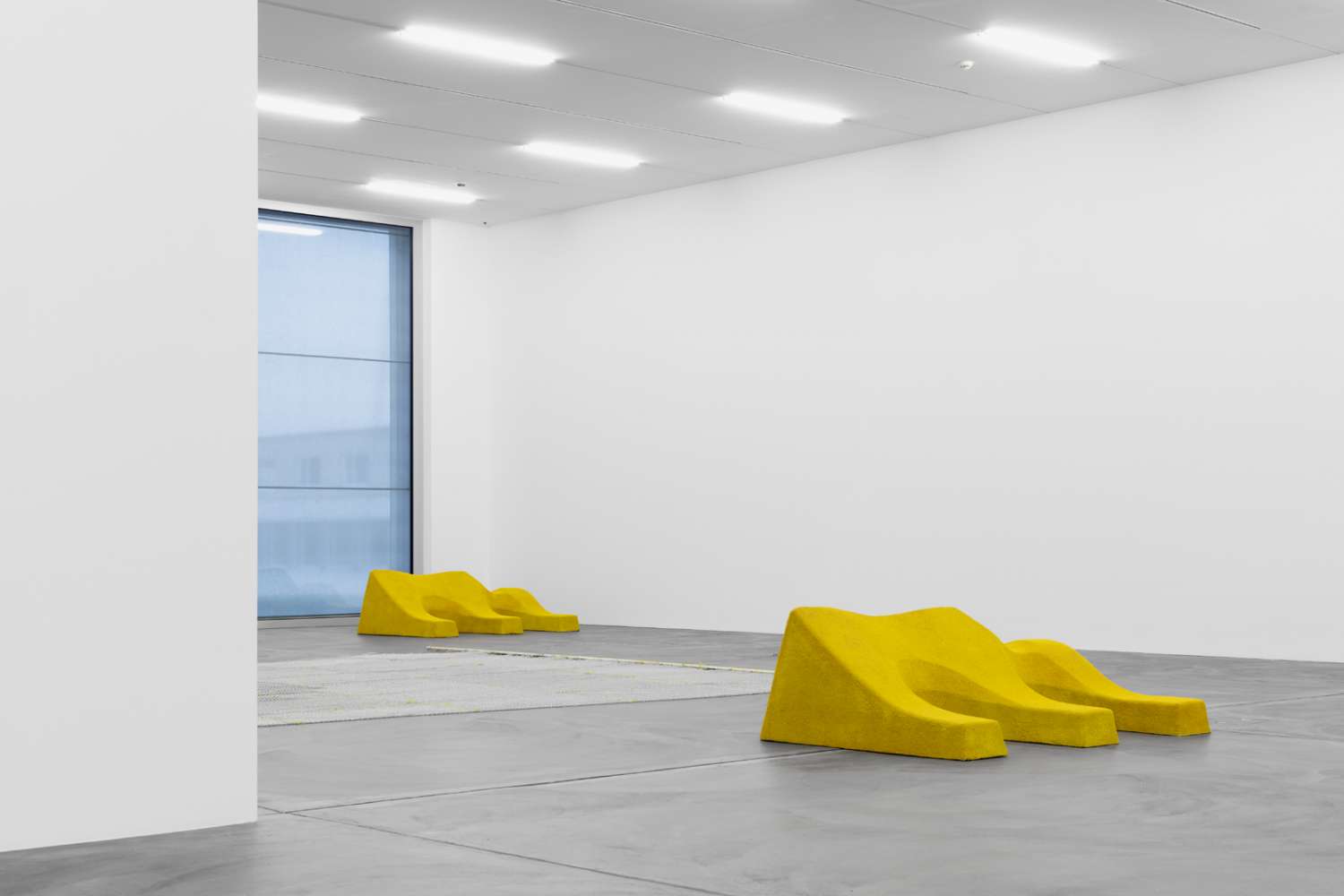 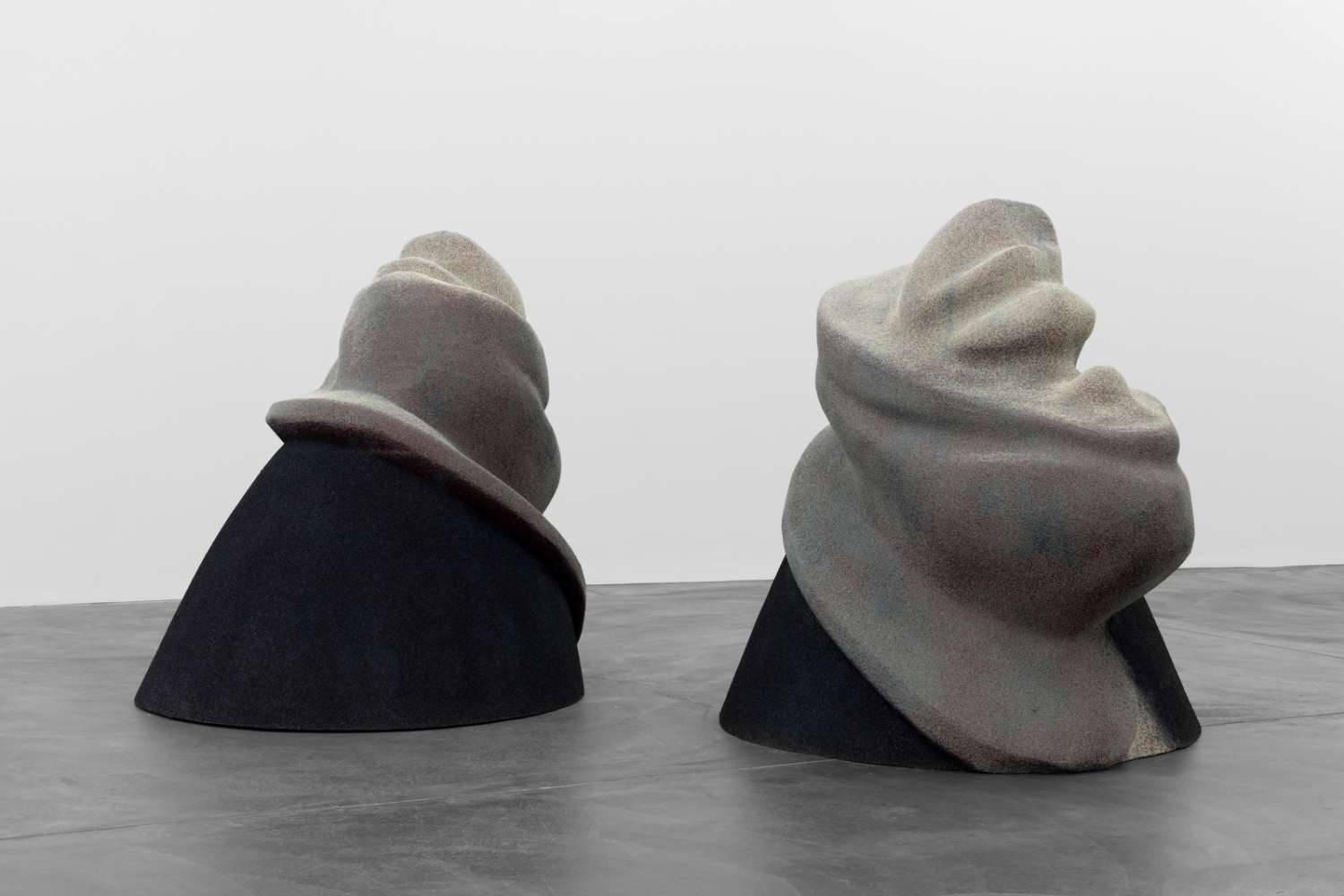 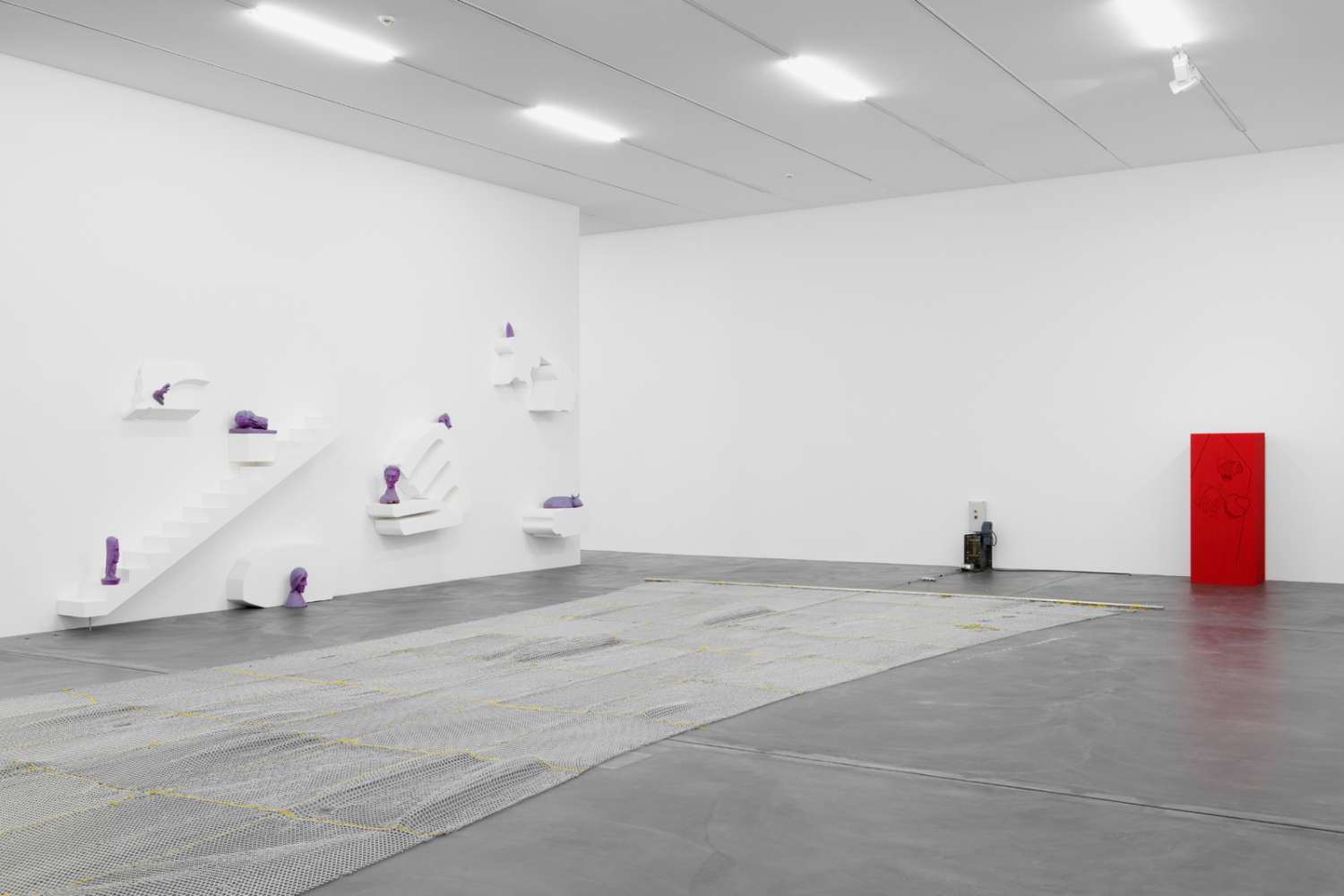 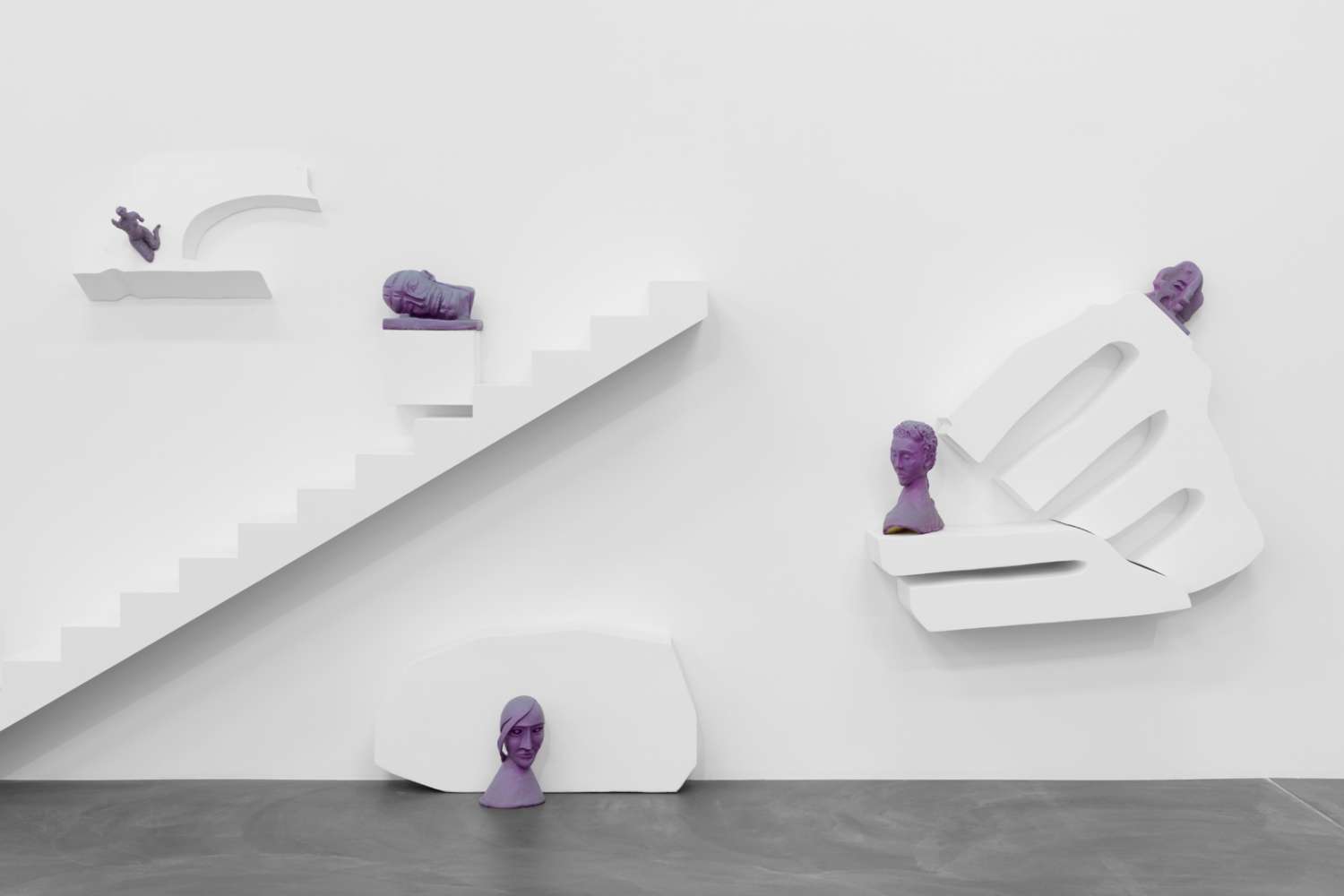 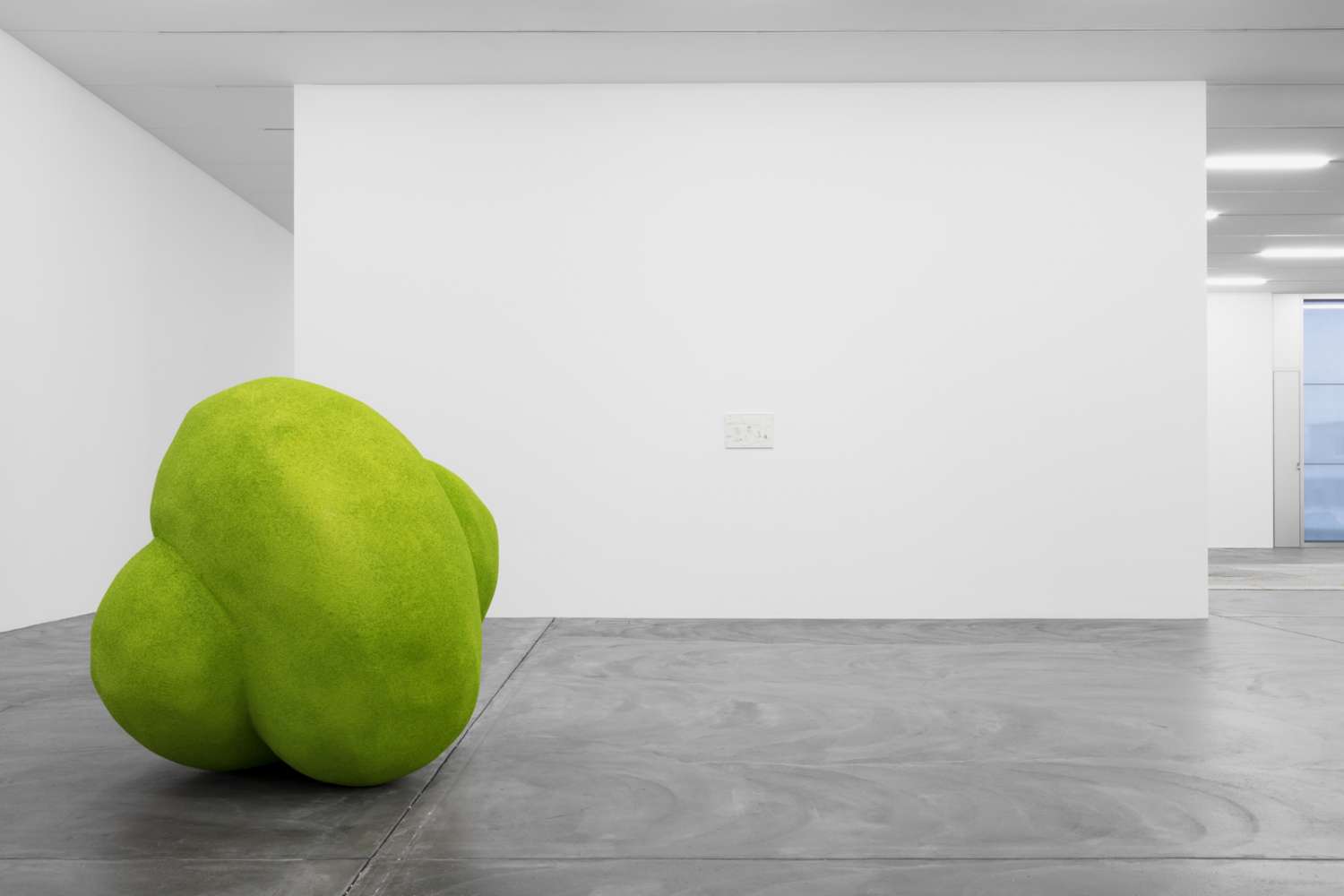 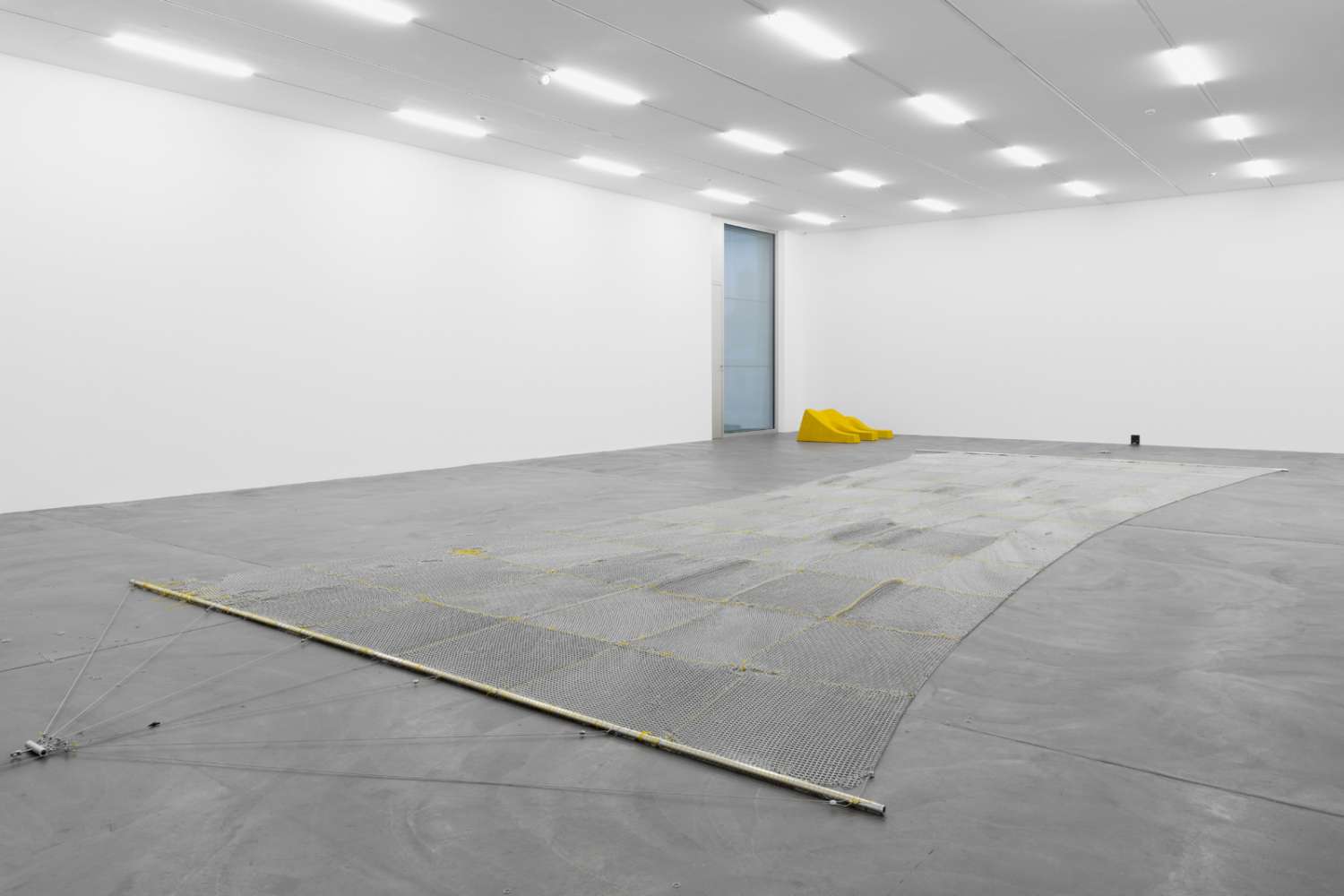 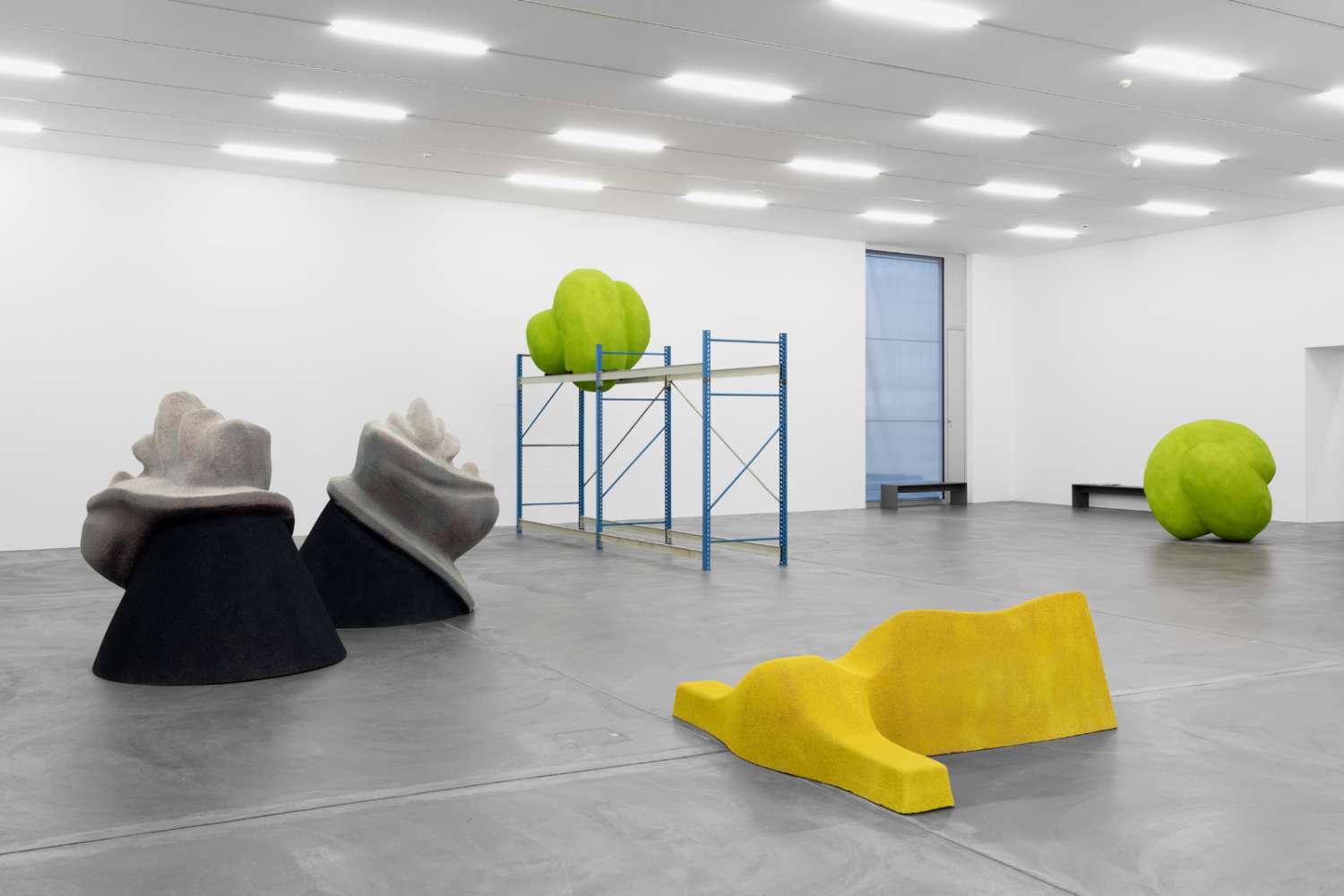 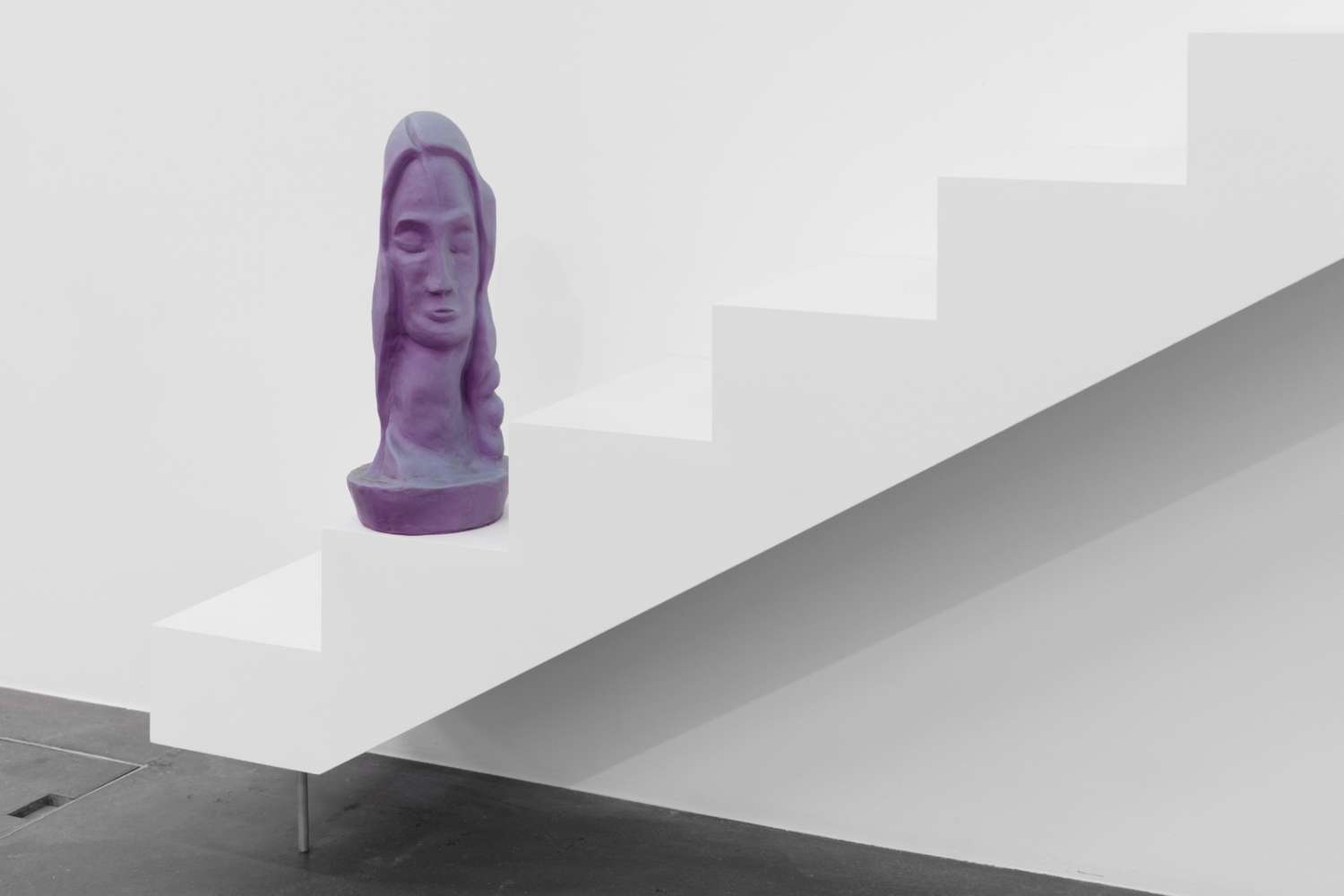 The heart of Lena Henke’s exhibition at the Kunsthalle Zürich is a machine. With a winch, large pieces of chain mail are pulled through the room. However, this material made of aluminum rings does not protect virile bodies in close combat. The armor does not protect the surfaces from the outside, and instead opens up the possibility of a cool touch, which it itself paradoxically performs. In times, the field of chainmail will break down and come apart. With one exception, all these works, like objects in a scientific experiment, are doubled in the exhibition, and the exhibition itself is divided into two halves by a wall. In one part, the artworks are points in a constantly changing relation that becomes part of the machine-made relationships between the objects. The visitor is forced into this relationship as he moves through it. On the other side of the wall, in the second part, the same pieces are brought into an opposite state: rather than designing a possible environment with objects in motion, here they stand motionless, as images, on a shelf. They are in a situation of waiting: the past of the storage room.
Thus, the exhibition is divided into two extremes: the archive and a topological machine that activates the space. Both poles are contrary to the normal function of the institution, which otherwise shows objects but neither makes it possible to use them nor to see their archiving. The sculptures shown twice in the exhibition attest to precisely this contrast. On one side, they seem abstract: peculiar postmodern mishaps between Surrealism and Minimal Art. This also indicates the historical period that these pieces refer to: twentieth-century art, articulated as a complex exchange between Europe and the United States. On the other side, the sheer size of the sculptures—which, based on Lena Henke’s height, was determined with the help of Le Corbusier’s Modulor—presents them to the visitors as a human counterpart. The hollow core of these figures is sprayed with a soft rubber granulate normally used for flooring on athletic fields or playgrounds. Henke’s objects traverse the verticality and solidity of sculpture through their bare materiality. Like Lynda Benglis’ latex works from the 1970s, which were poured on the floor, Henke’s artworks thus absorb horizontality as a negation of sculpture. Unlike historical examples, however, they do not seem to want to transcend or destroy the identity of sculpture. They do not take part in any illusions of progress. The figure of Aldo Rossi’s Sleeping Elephant emblematically takes this tension to the extreme: its form can be read both as an animal lying on the ground and as an overturned sequence of architectural arches. The elephant’s sleep is simultaneously the allegorical sleep of modern sculpture itself and the dream of its utopian realization as architecture. Another form rolls through the room as Ayşe Erkmen’s Endless Knee. As two entangled legs concealing the crotch, it turns to stand up to the masculine dream and suspends it for a time.
The series Geburt und Familie shown on the partition between the two exhibition spaces continues this complex reference to the history of sculpture. Eight modernist works from the collection of the Skulpturenmuseum Glaskasten Marl were used by Henke in 2014 as protagonists in a comic strip. It tells of the unplanned pregnancy of a teenager who is an object made of bronze. Instead of ending the history of modern sculpture with patricide, the story involves these objects in a cycle of organic and ultimately feminine reproduction. The comic strip mixes modernism with structures that it itself vehemently opposed: narrative, memory, psychological depth, and humor. In 2016, Henke translated the two-dimensional figures from the photomontage back into three-dimensional silicone versions. At the same time, the facial features of the sculptures were superimposed with those of her own family members. The narrative was thus fictionally interwoven with Henke’s own biography. Henke has now integrated these pieces into a new set-up for the exhibition at Kunsthalle Zürich: a display derived from a painting by Giorgio de Chirico, which depicts a prosthetic body formed out of architectural elements. The sculptures now inhabit the shelves – just like parasites, that continually find new hosts. Thus, the poison administered by Henke does not simply destroy the ideologies of modernism: it induces a new, polymorphically perverse afterlife for sculpture.