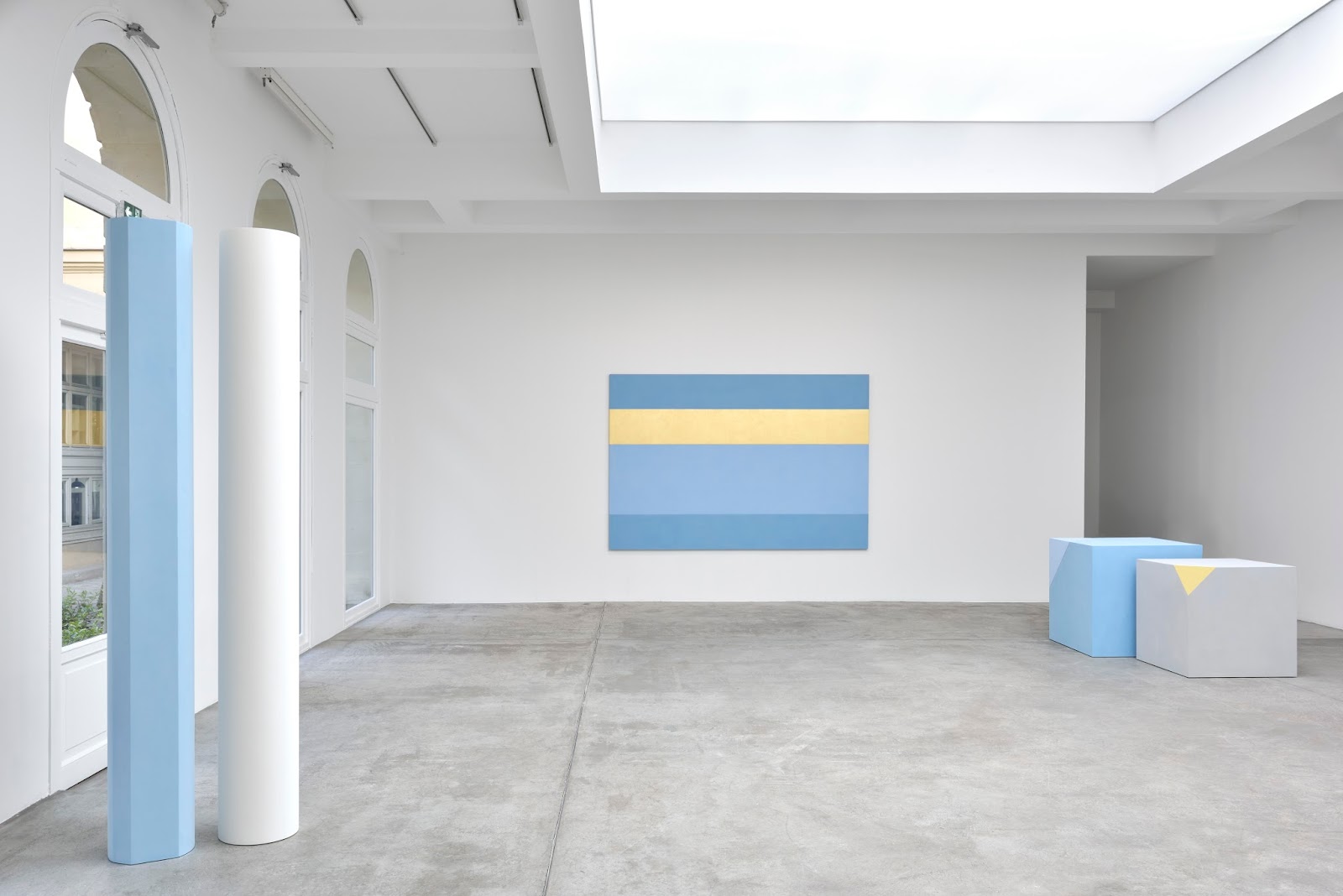 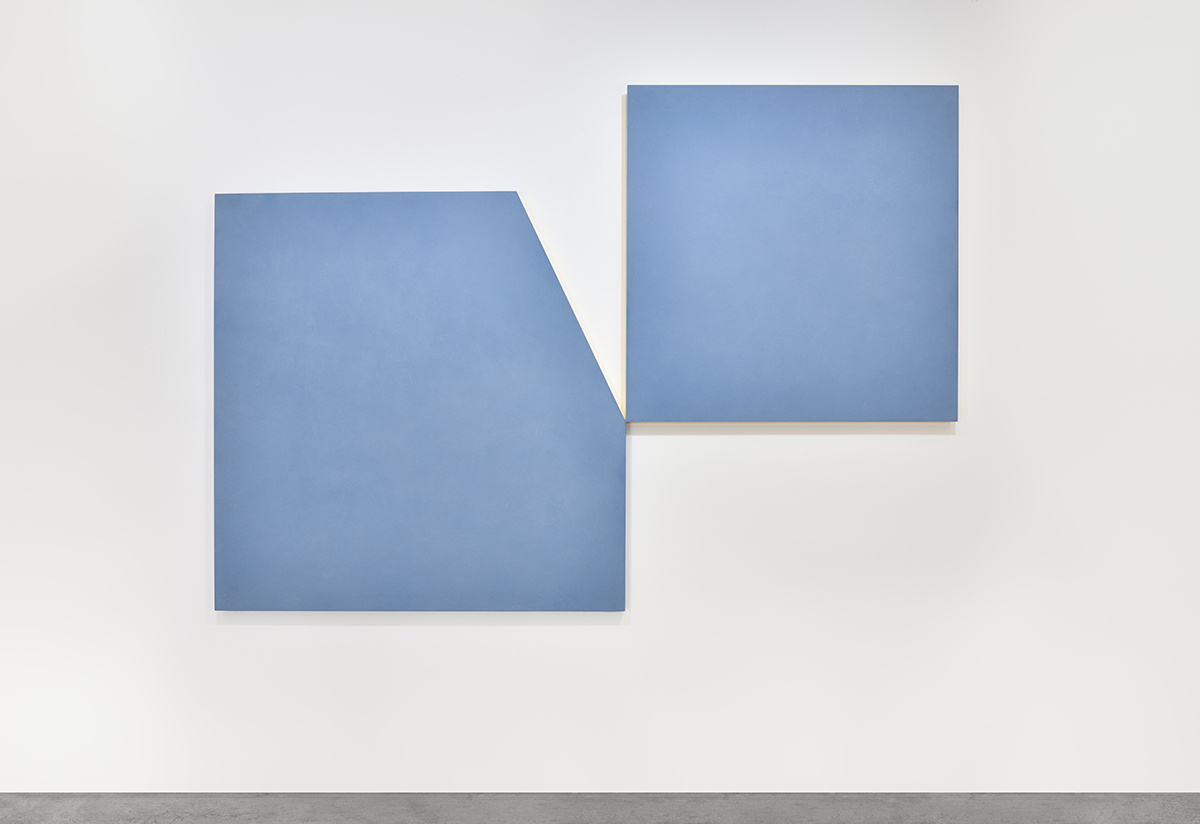 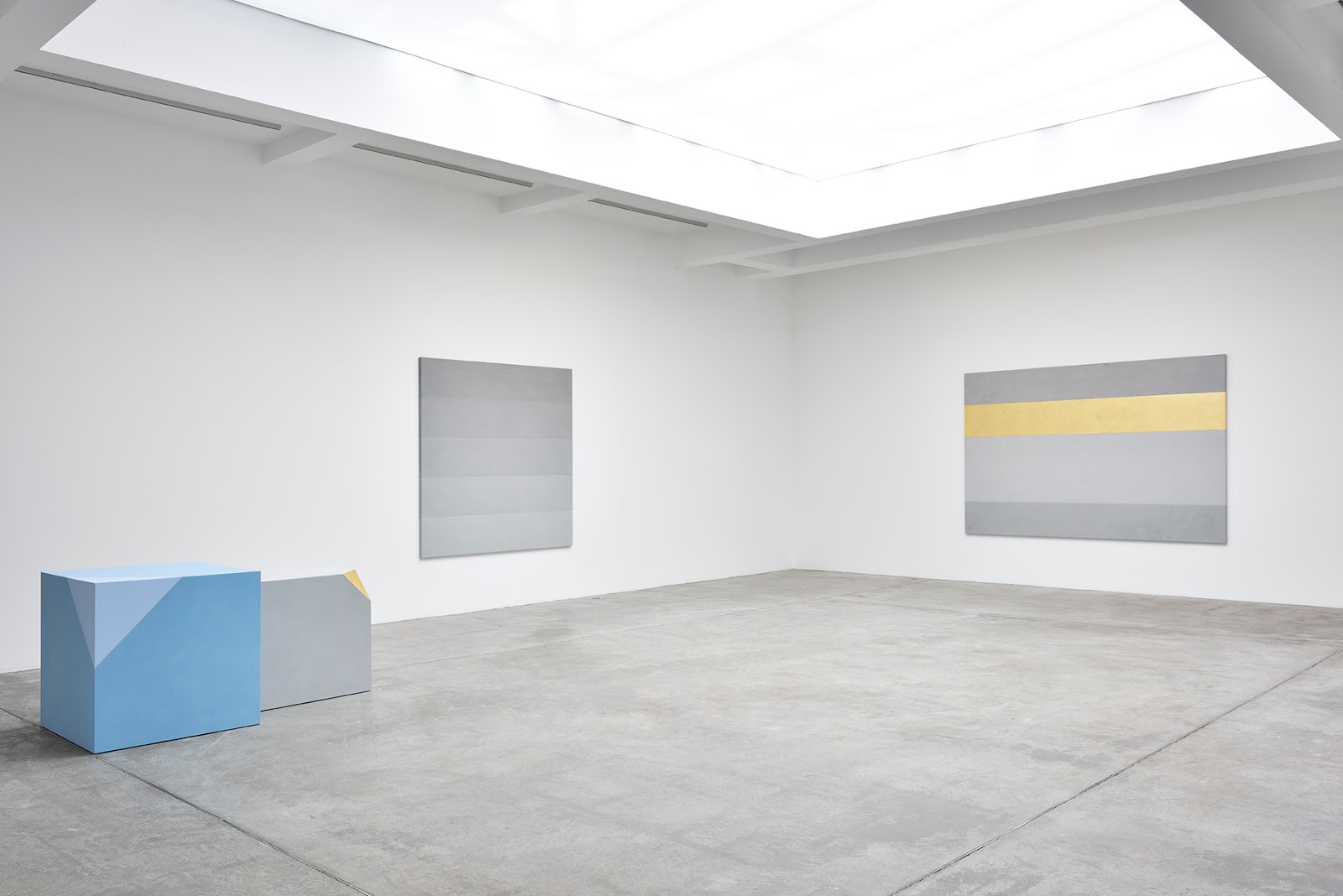 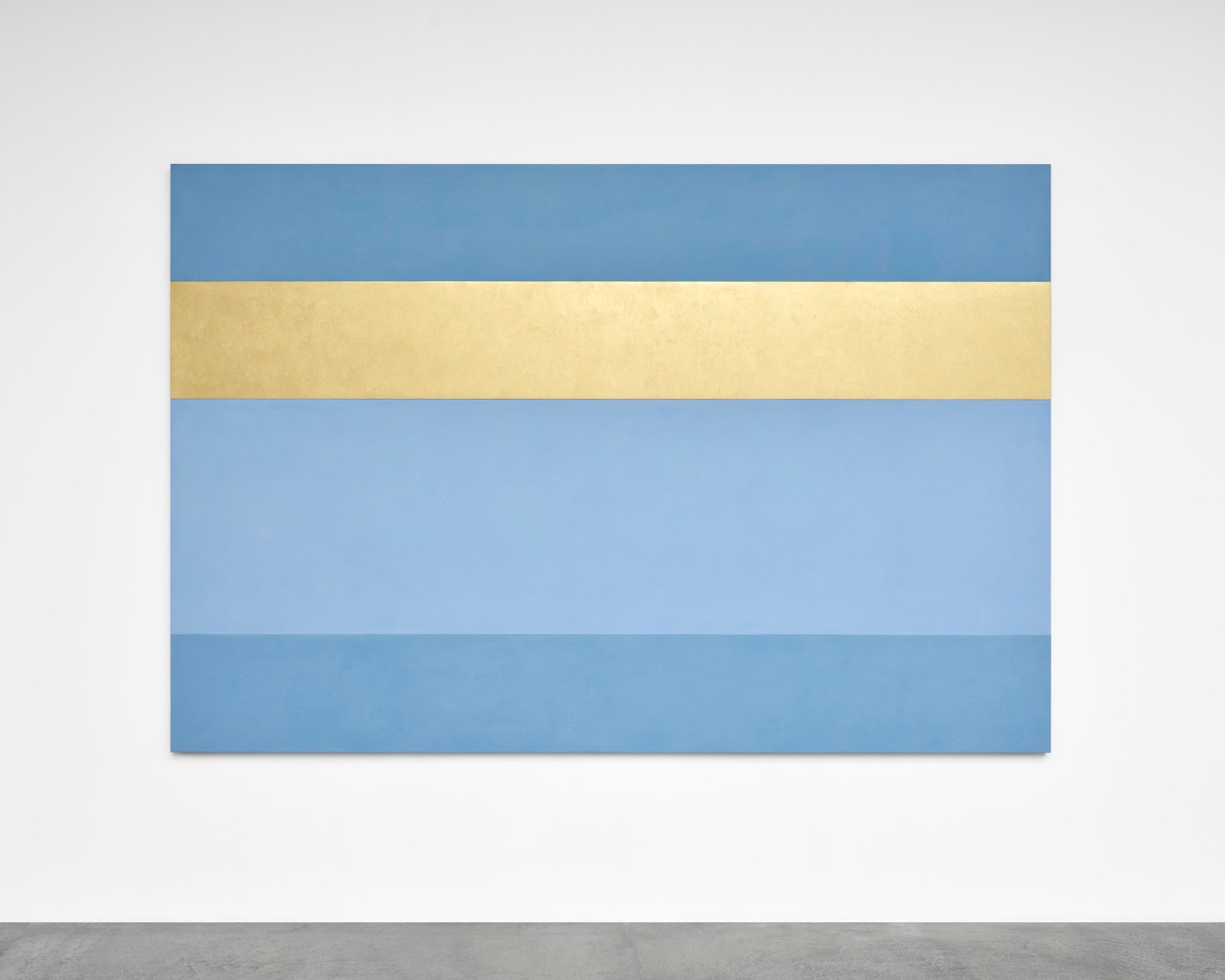 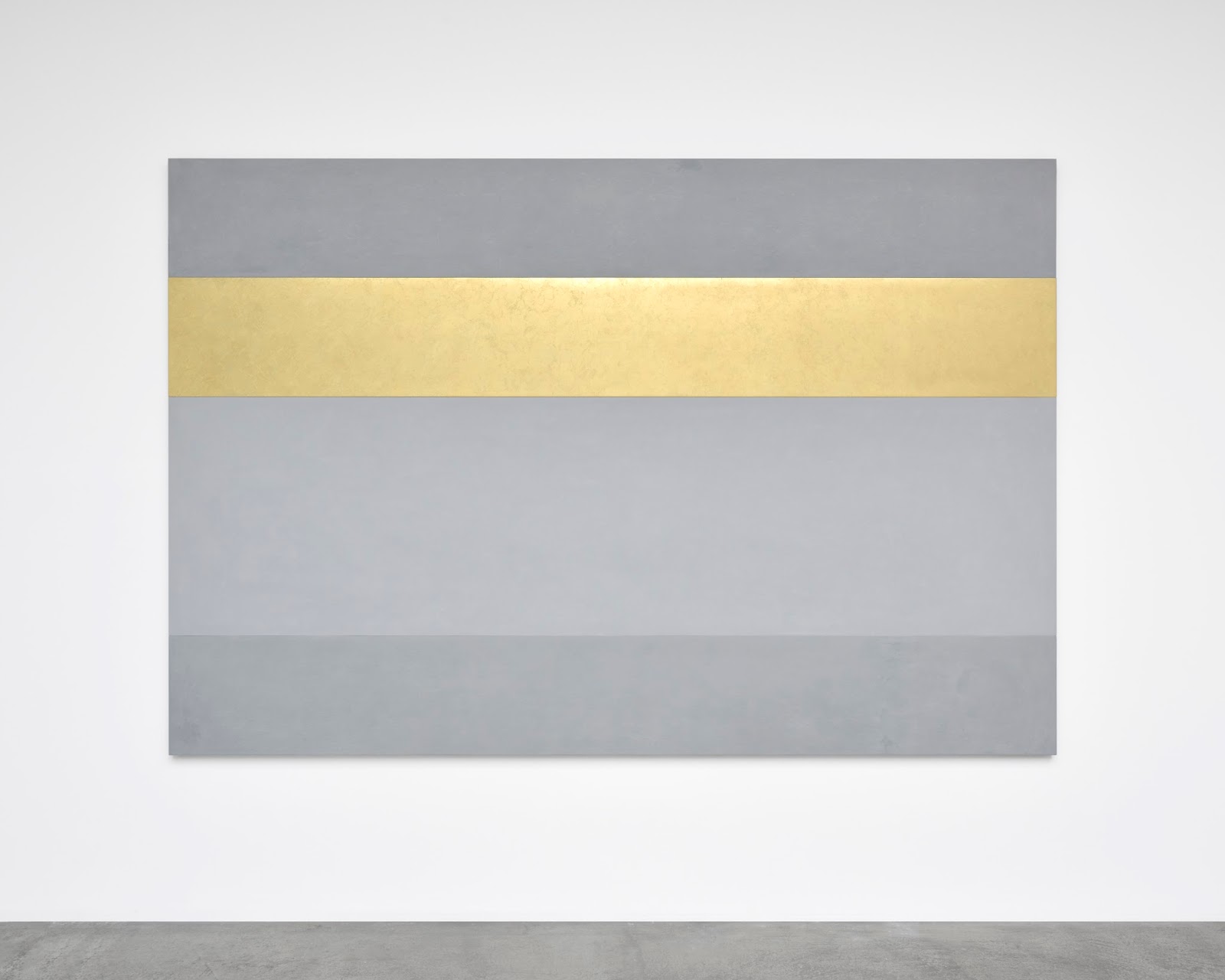 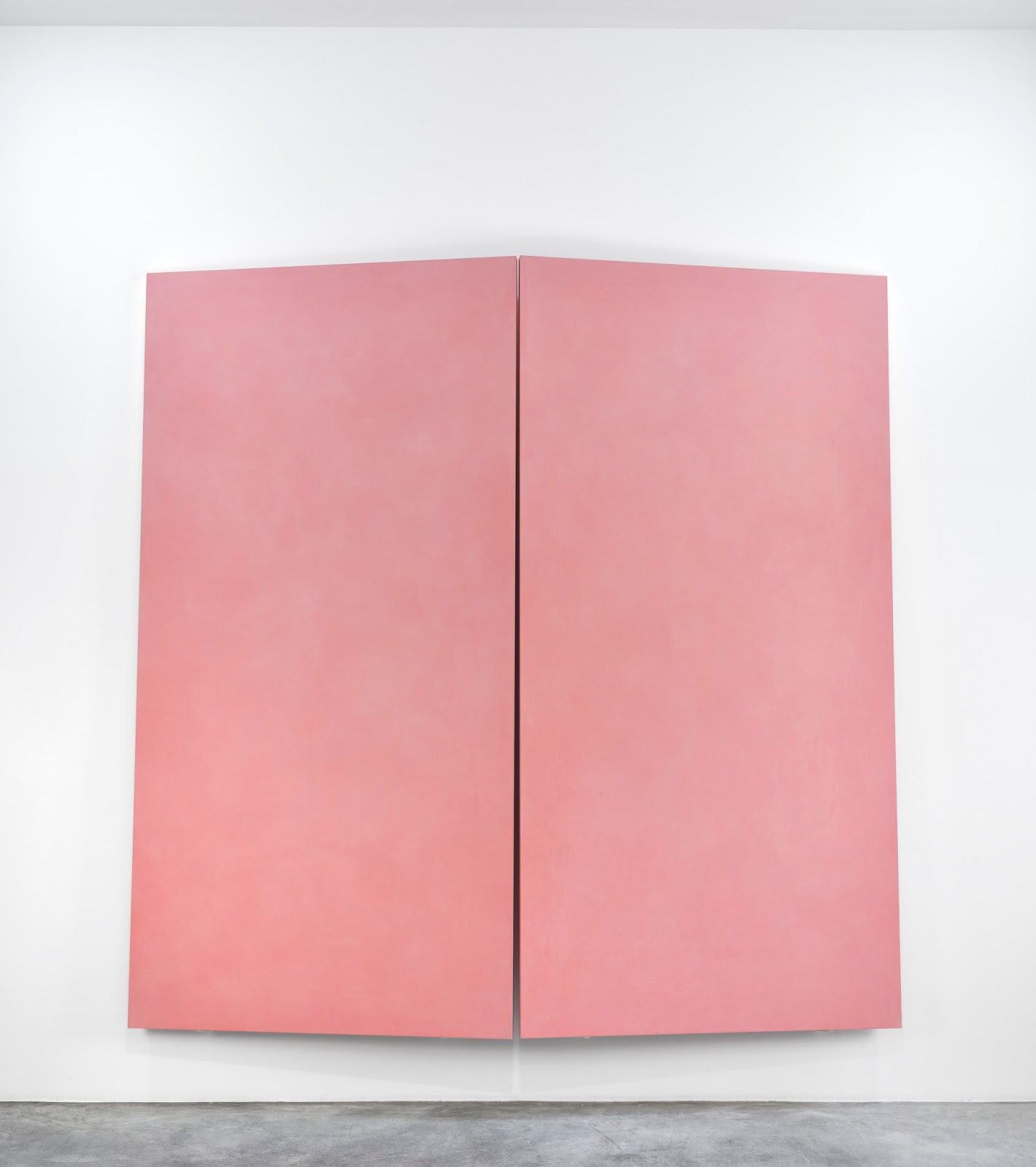 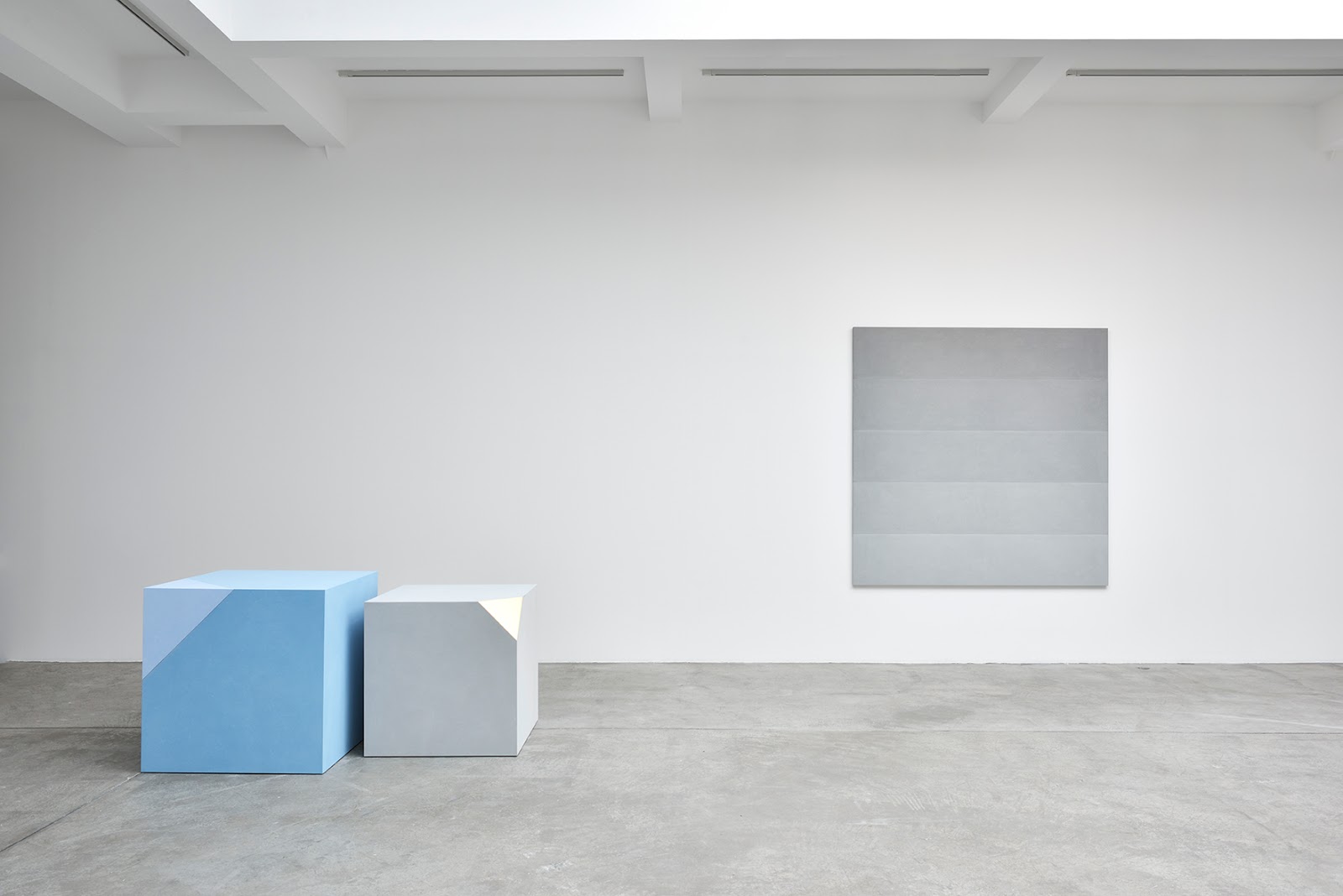 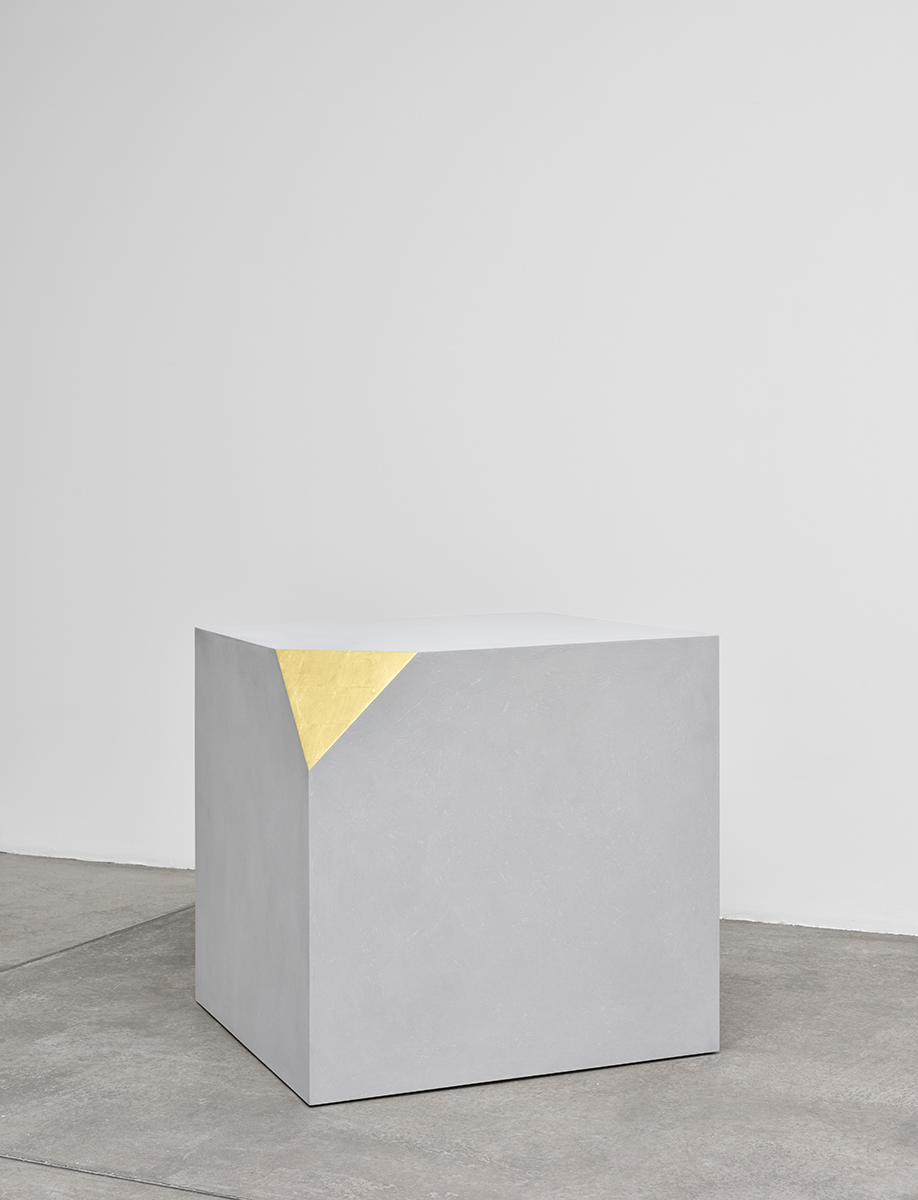 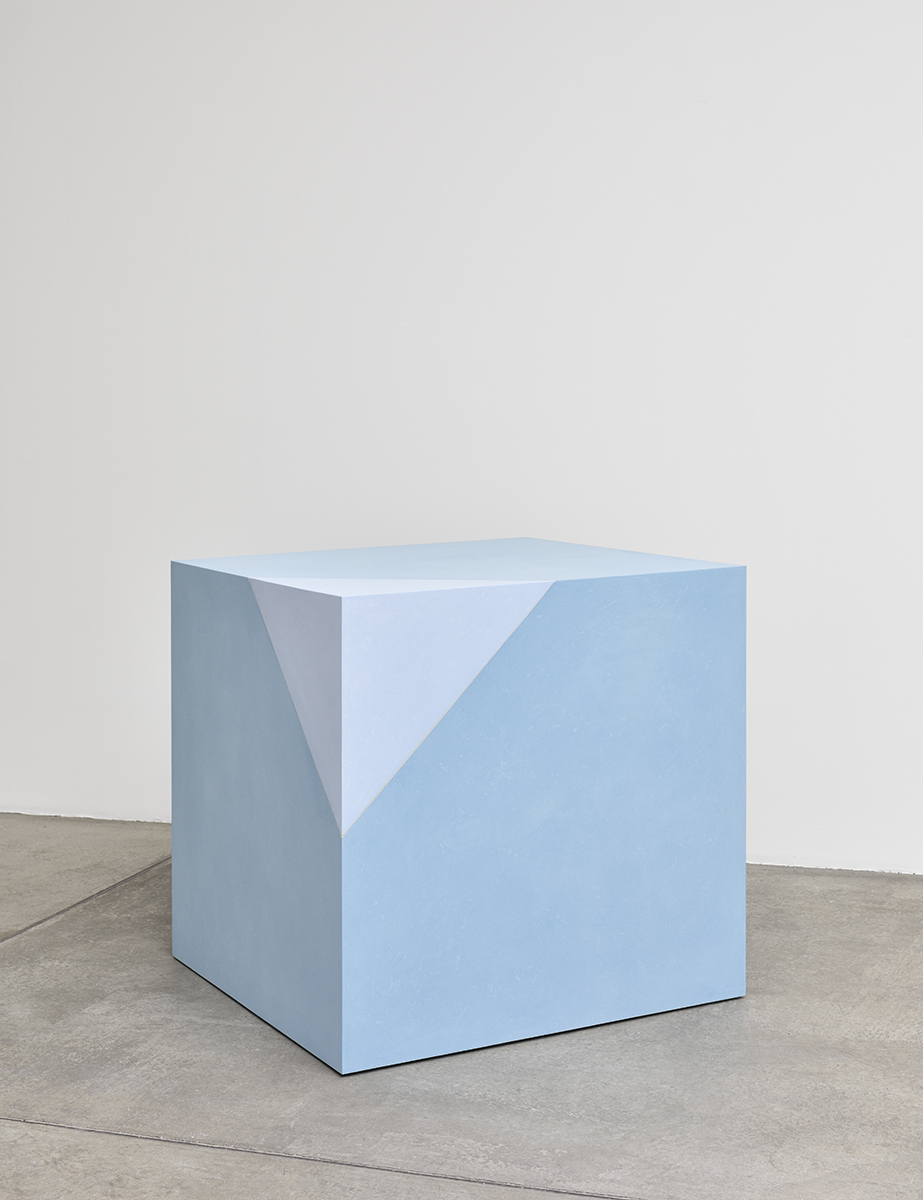 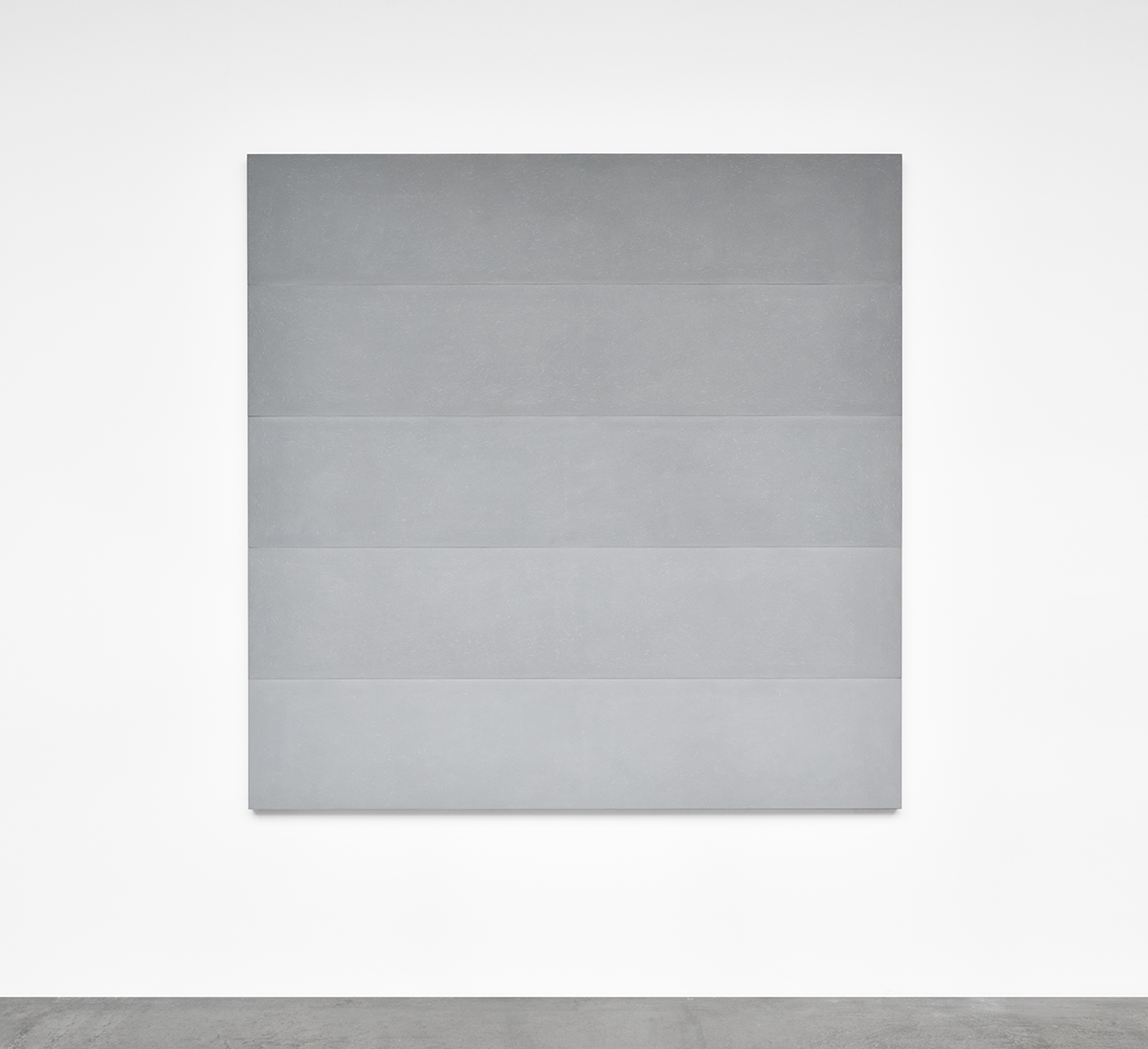 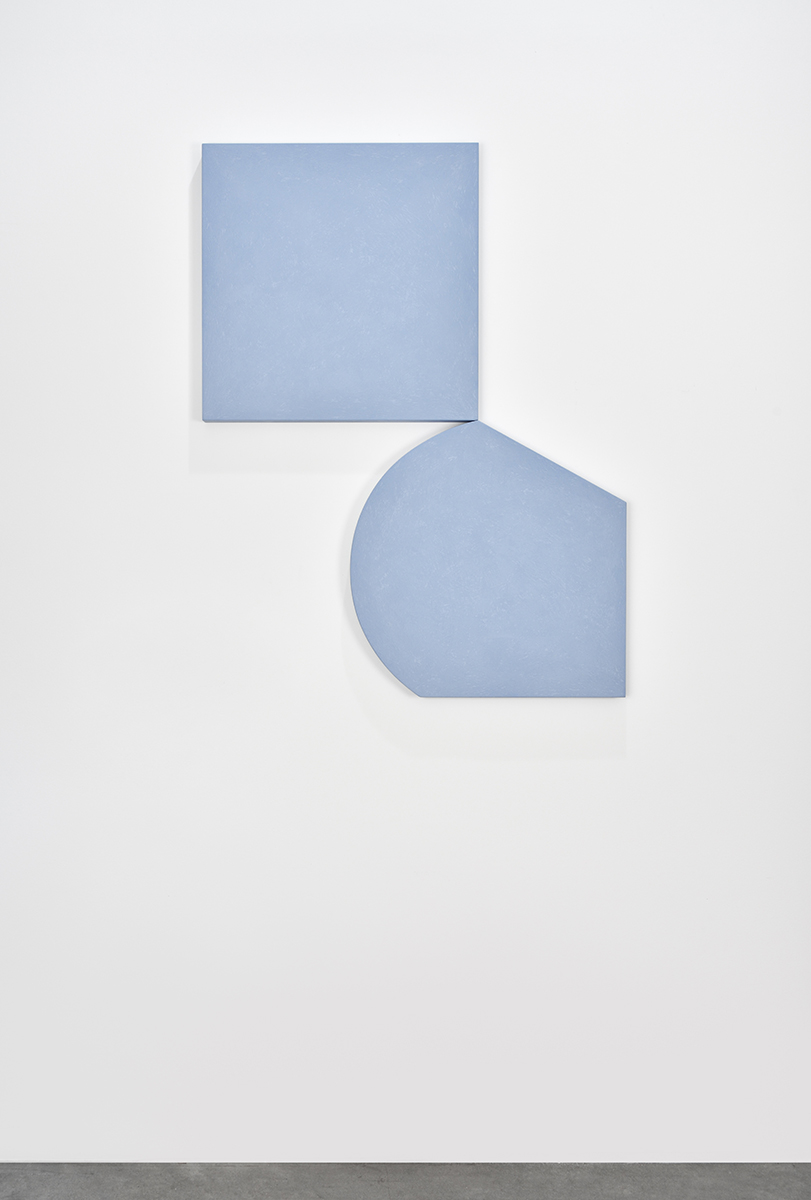 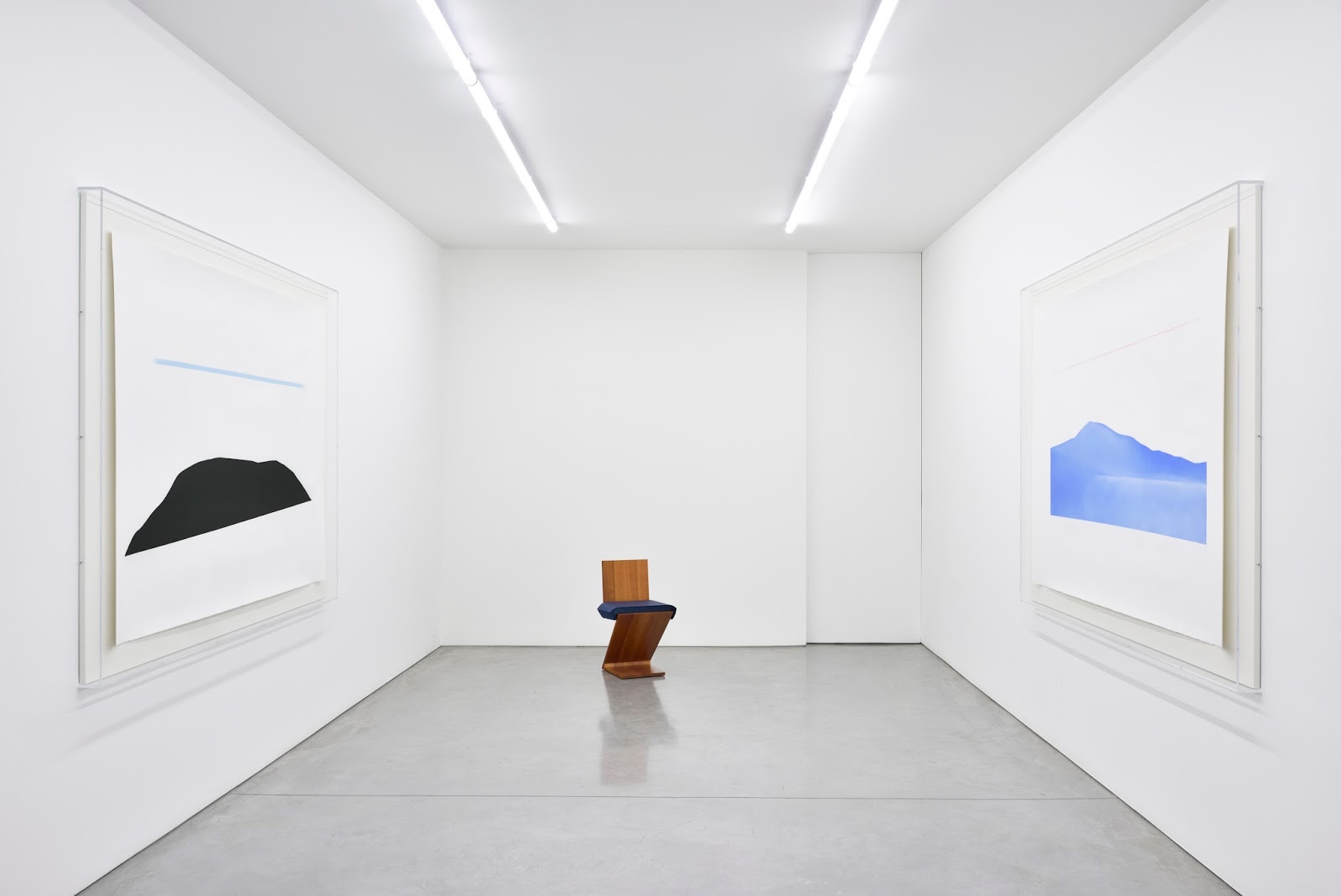 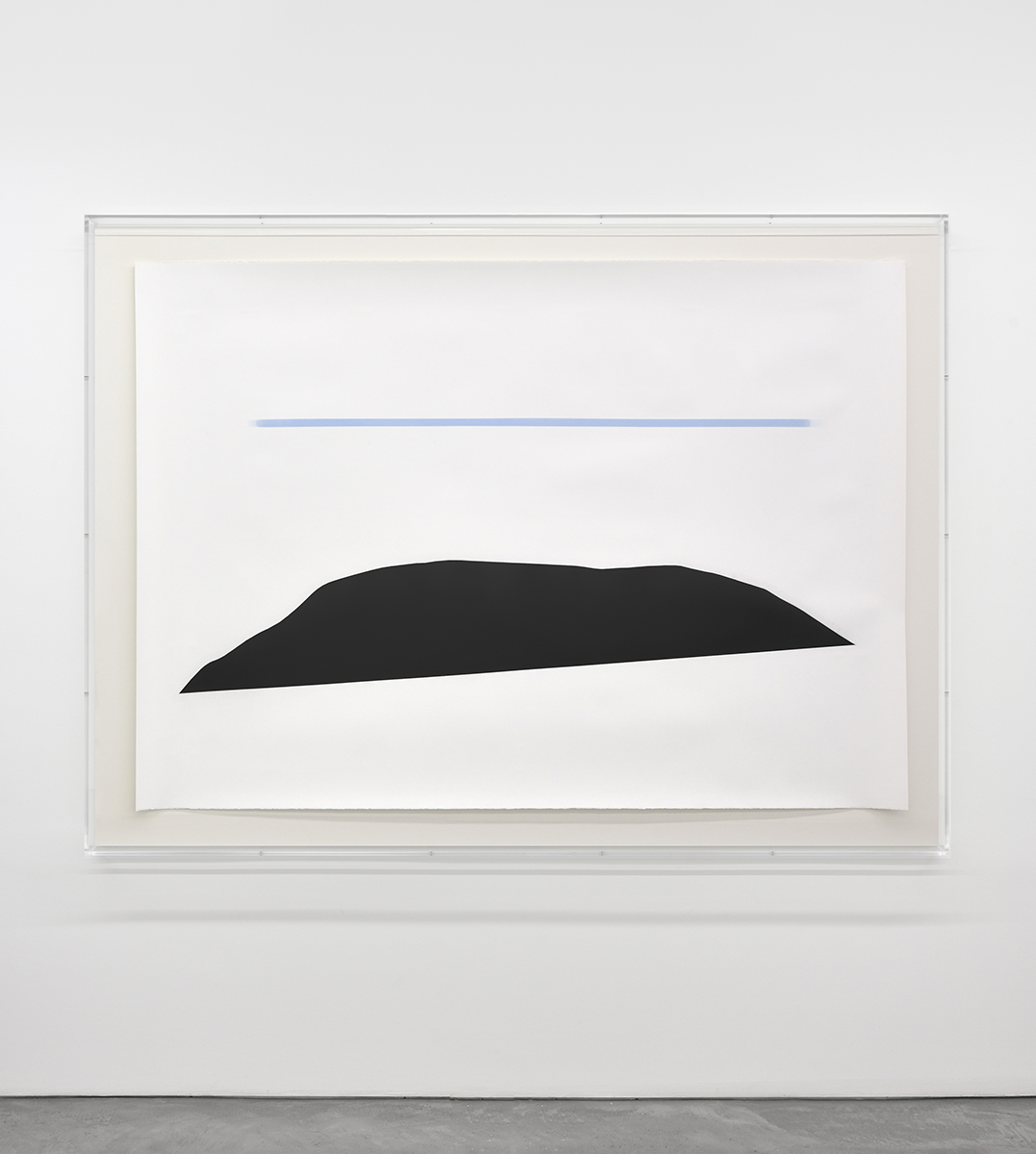 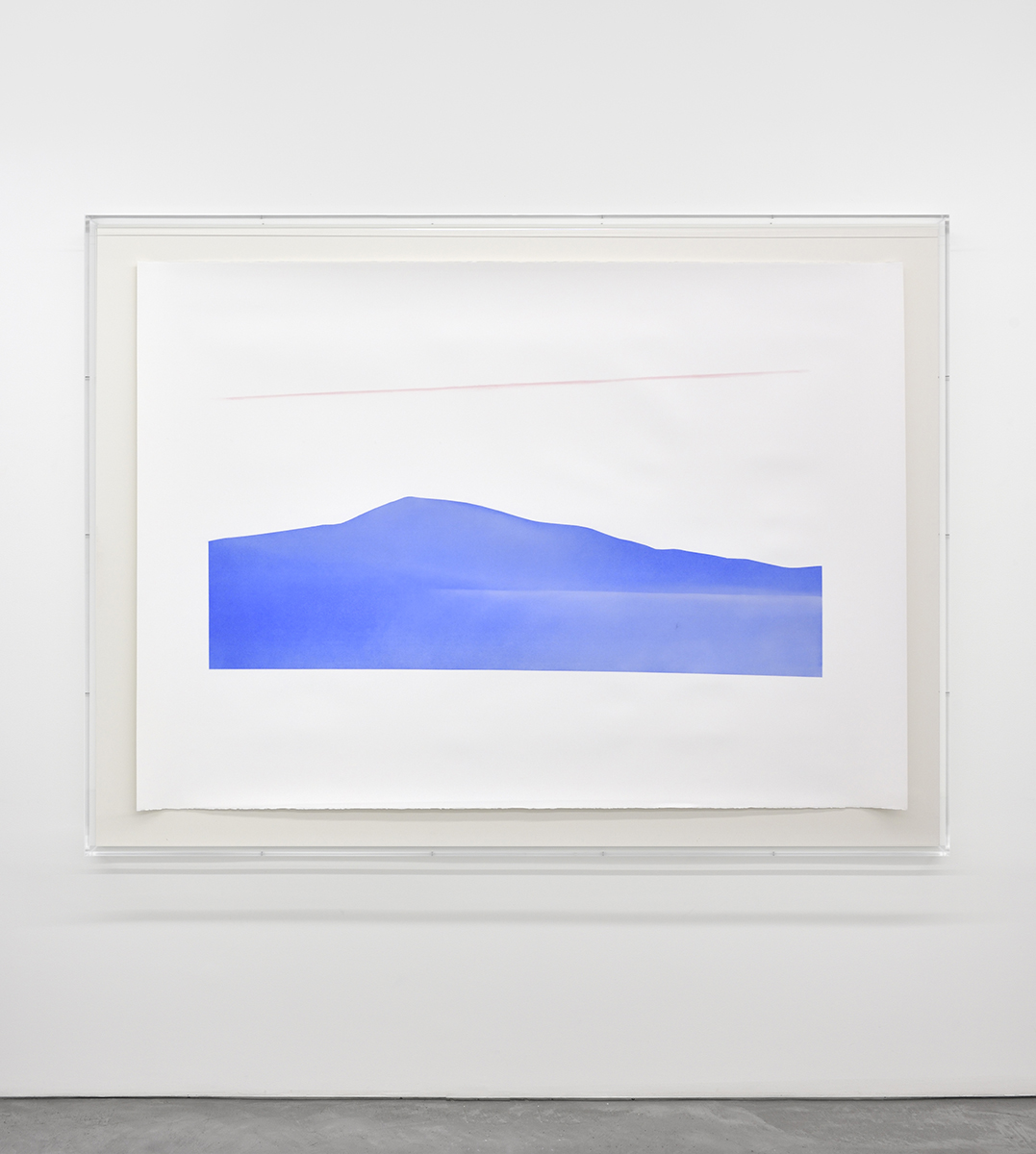 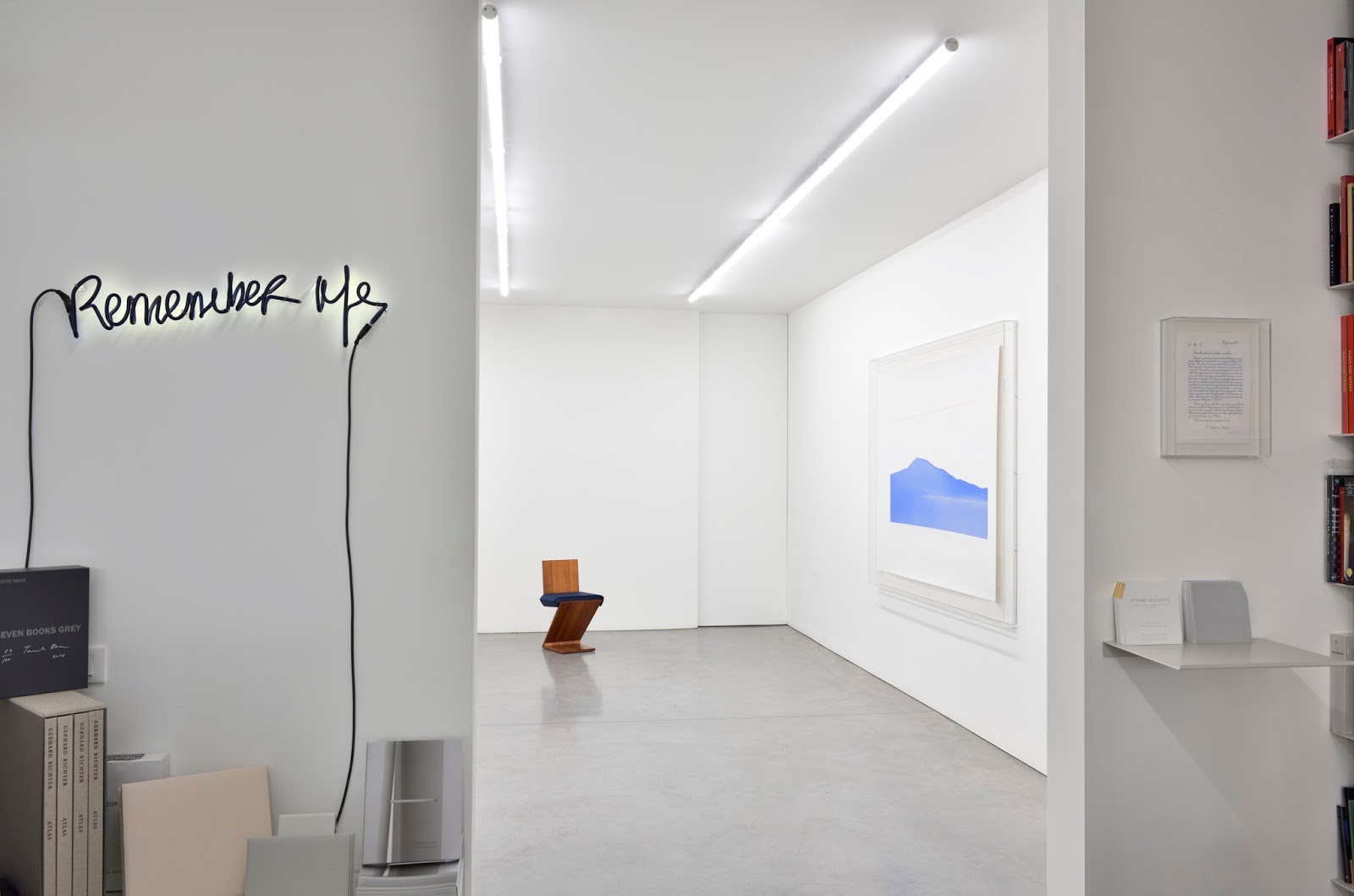 Galerie Marian Goodman is pleased to announce Ettore Spalletti’s exhibition in Paris, on view at the gallery and at the bookshop. This exhibition is his second with the gallery, following his first in London in 2016, and precedes his forthcoming solo show at the Nouveau Musée National de Monaco (NMNM) in spring 2019. The artist presents new paintings, sculptures and works on paper that collectively form a singular, immersive installation.

In the main space of the gallery, Spalletti introduces the latest works of his Paesaggio series and new sculptures. The Paesaggio paintings, each consisting of multiple monochromatic panels, recall both the present and remembered landscapes of Abruzzo, the region on the Adriatic coast of Italy where the artist has lived and worked his entire life. The free-standing sculptures quietly dictate how we navigate the gallery space diffused with luminescent warmth.

The adjacent gallery presents Porpora, a new coral-coloured diptych, angled away from the wall. Its gold-leaf framing structure bring the panels further forward, endowing the work with a sculptural and kinetic presence. The propellent movement is heighted by the powdery pigments that gently free themselves from the surface, transforming the atmosphere into something structural. The perceived motion simultaneously draws the viewer inward while leading him outward, blurring the boundary between the exterior and interior.

Additional new works in the artist’s signature azure blue resist identification as a perfect square through the careful subtraction of a small corner from each. Such a formal and deliberate intervention is a reminder that a painting is a sculptural object itself and equally that a three-dimensional structure is composed of two-dimensional aspects that function as blank canvases. Spalletti’s work refuses any straight-forward labelling as painting or sculpture – they are architectural fragments in geometric forms, impregnated with flickering luminosity and pulsating touch.

Concurrently on display at Librairie Marian Goodman is a selection of two new works on paper that echo Spalletti’s early mountain paintings, which are considered the starting point of the Paesaggio series. Light-handed pastel drawings, they depict fragments of Abruzzo’s nature in a delicate balance between figurative and abstract.

Spalletti’s working process is based on meditative repetition. He builds layers of pigment paste on a panel for months, dedicating a certain time of the day every day to tend to each painting. Its final surface emerges at the very end of the process of gently sanding the accumulated layers, a caress that reveals both an interior luminosity and an external skin that breathes a range of tonal and textural variations. He compares his process of painting to the gentle gesture of brushing cosmetic power onto the cheek – equally delicate and carefully choreographed.

The skin of our body separates us from our surrounding but also serves as the first conduit to making contact with it. It exists in a dimension between the interior and exterior, just as the breathing, pulsating surface of Spalletti’s work. The notion that skin simultaneously protects but equally calls for connection is where Spalletti locates the profundity of humankind, as conveyed in the quote from Paul Valéry’s L’Idée fixe: Ce qu’il y a de plus profond dans l’homme, c’est la peau. The most profound thing in a man is the skin. And it is that very depth of our delicately translucent yet all-encompassing skin that he contemplates and represents in his work.