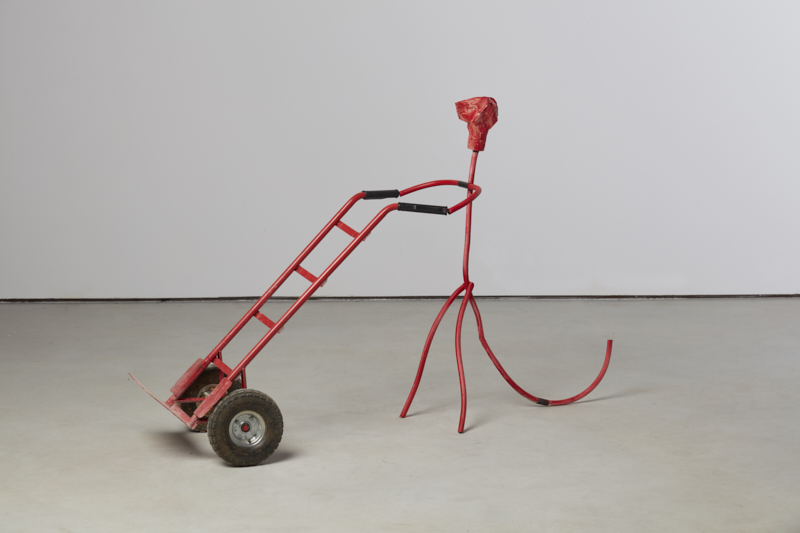 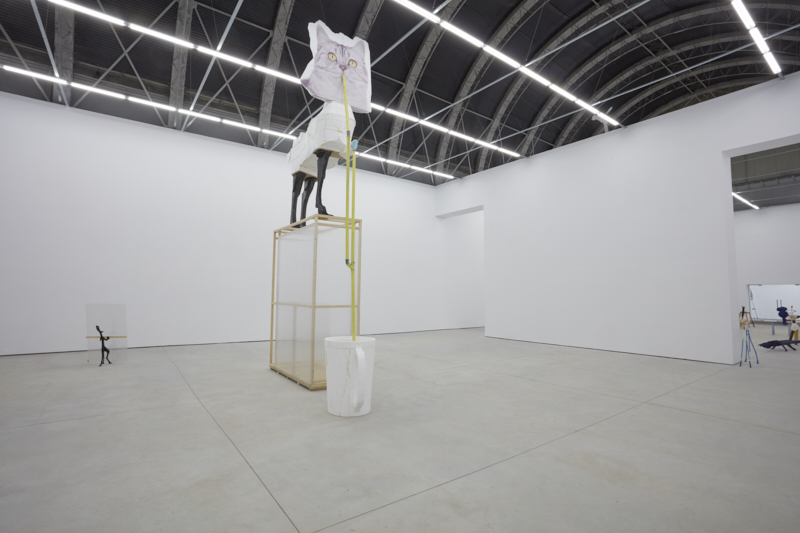 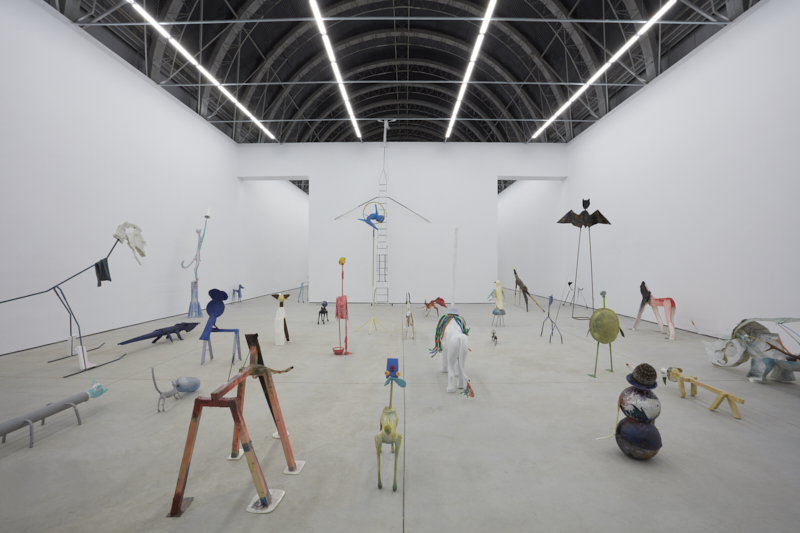 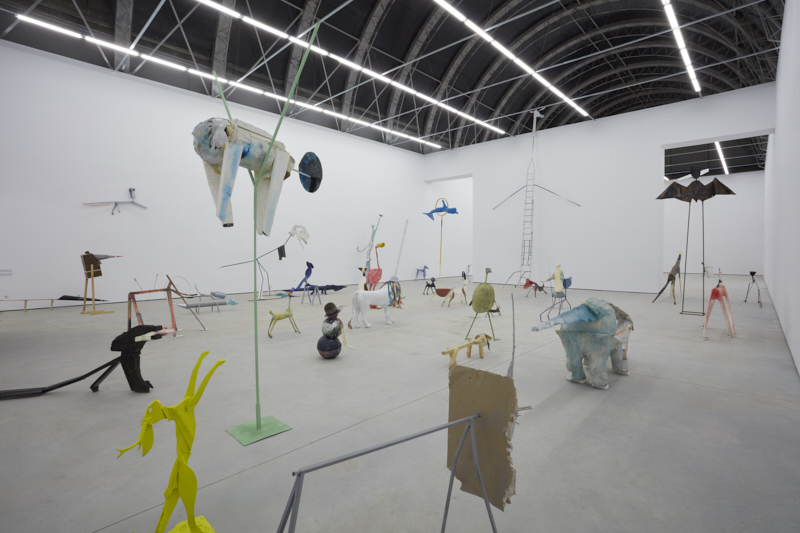 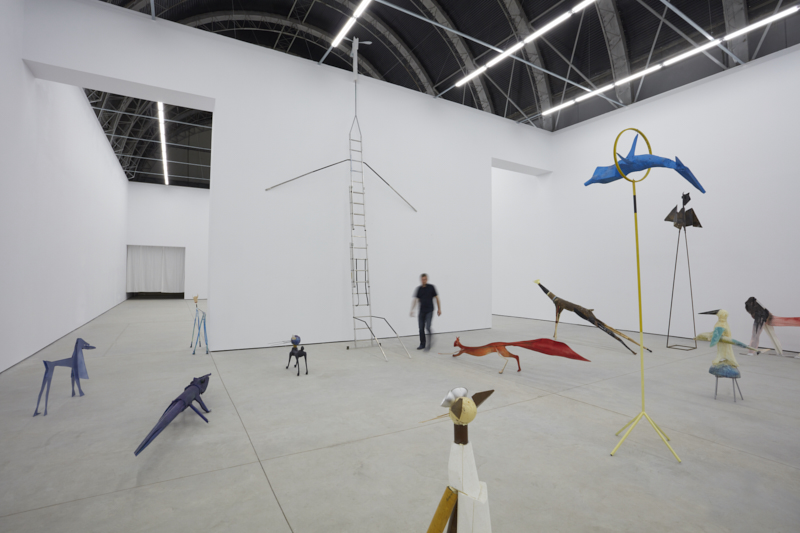 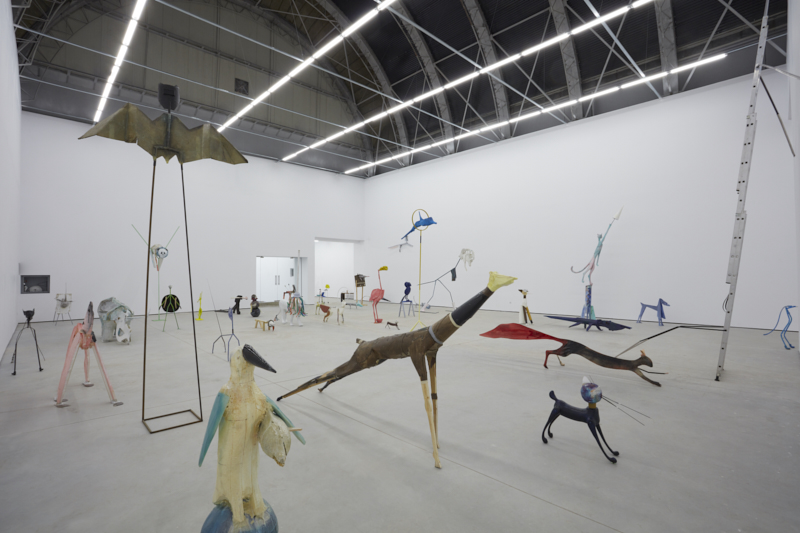 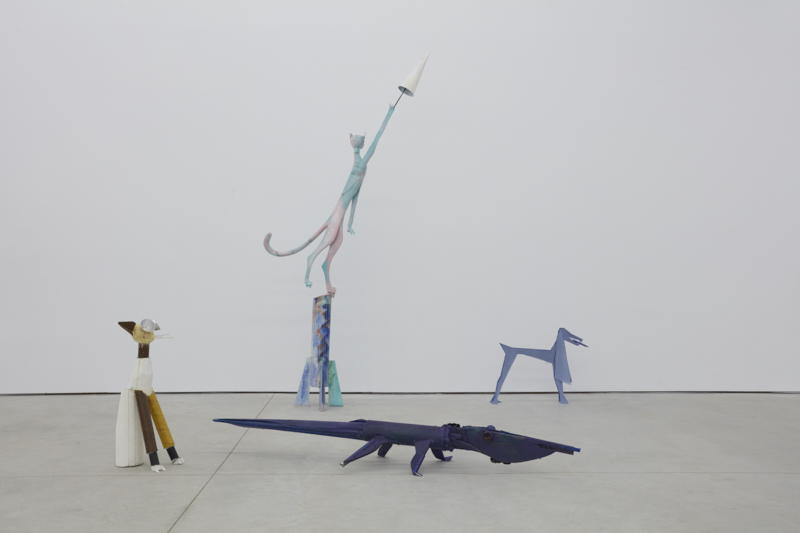 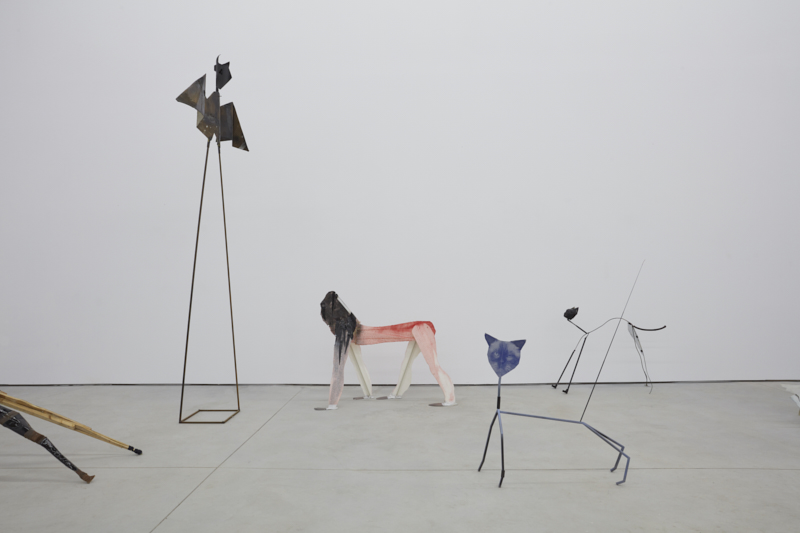 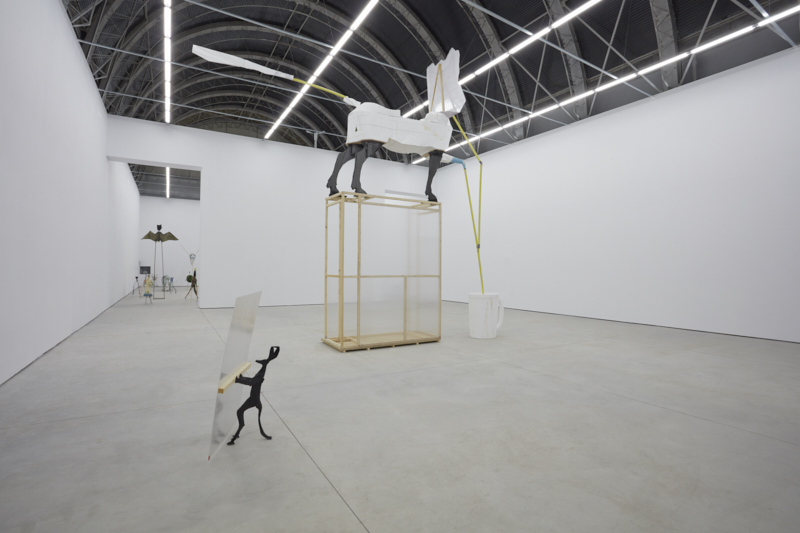 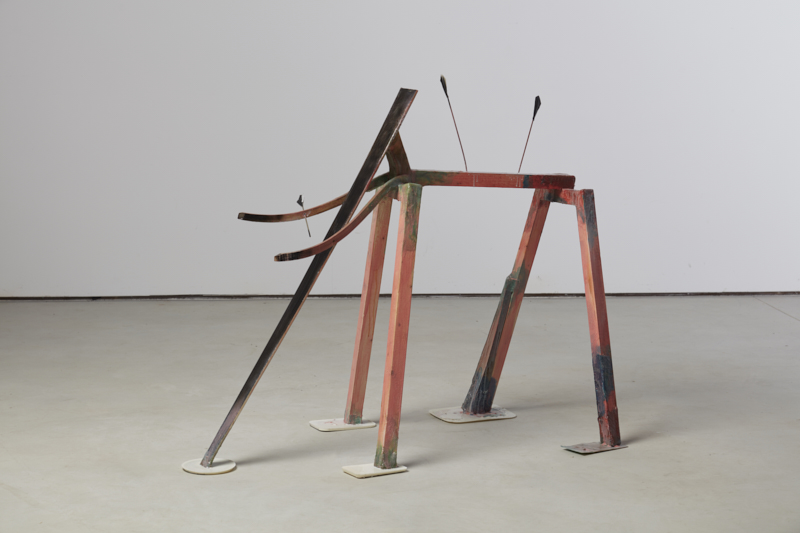 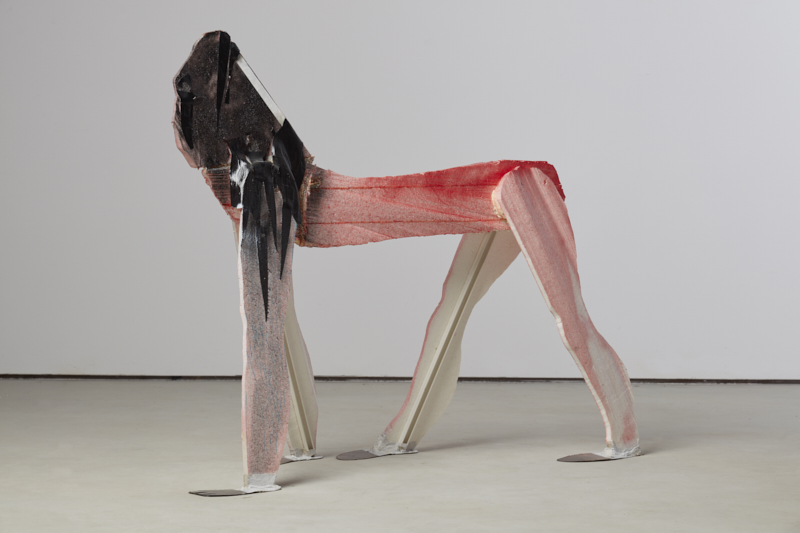 A row of exhausted pseudo-animals seem to be in the homestretch of a marathon. With their long polystyrene necks, they remain in-line, civilized, desperately glancing ahead without even noticing us. They are convinced that they will find their answers and their liberation on the other side of the wall, and they are ready to do anything to get there.

Cristian Răduță utilizes the gallery's architecture to create a snapshot of a play about to end, proposing a journey among and through shapes that contaminate each other. The characters seem to be created as a matter of urgency, through methods that sometimes went out of control. Temporary materials are mistaken as permanent-and the other way around-until the idea of improvisation becomes relative.

The idol behind the wall appears monumental. Few are able to see that, in turn, the idol is crippled; its charm is slowly stolen away, its pedestal is pierced. Cristian Răduță creates monumentality only to ironize it immediately afterwards.

Cristian Răduță lives and works as an artist in Bucharest and is co-founder of the Sandwich artist-run gallery space. His artistic practice includes sculptures, objects and installations that start from hypothetical, sometimes absurd situations and characters which are humorously employed. He is interested in the relationships and tensions that form among the various industrial and bricolage materials he uses. His works have been shown at Museum of Contemporary Art Zagreb, Salonul de Proiecte Bucharest (duo with Dan Perjovschi), Museum of Sculpture, Krolikarnia Palace, Warsaw (2017) and The National Museum of Contemporary Art Bucharest (2014).
Tags Bucharest, Cristian Raduta, Lazy exhibitions, Nicodim Gallery
Newer Post Older Post Home