Sex with the Machine at Dio Horia / Mykonos, Greece

Vasilis karouk / Sex With The Machine 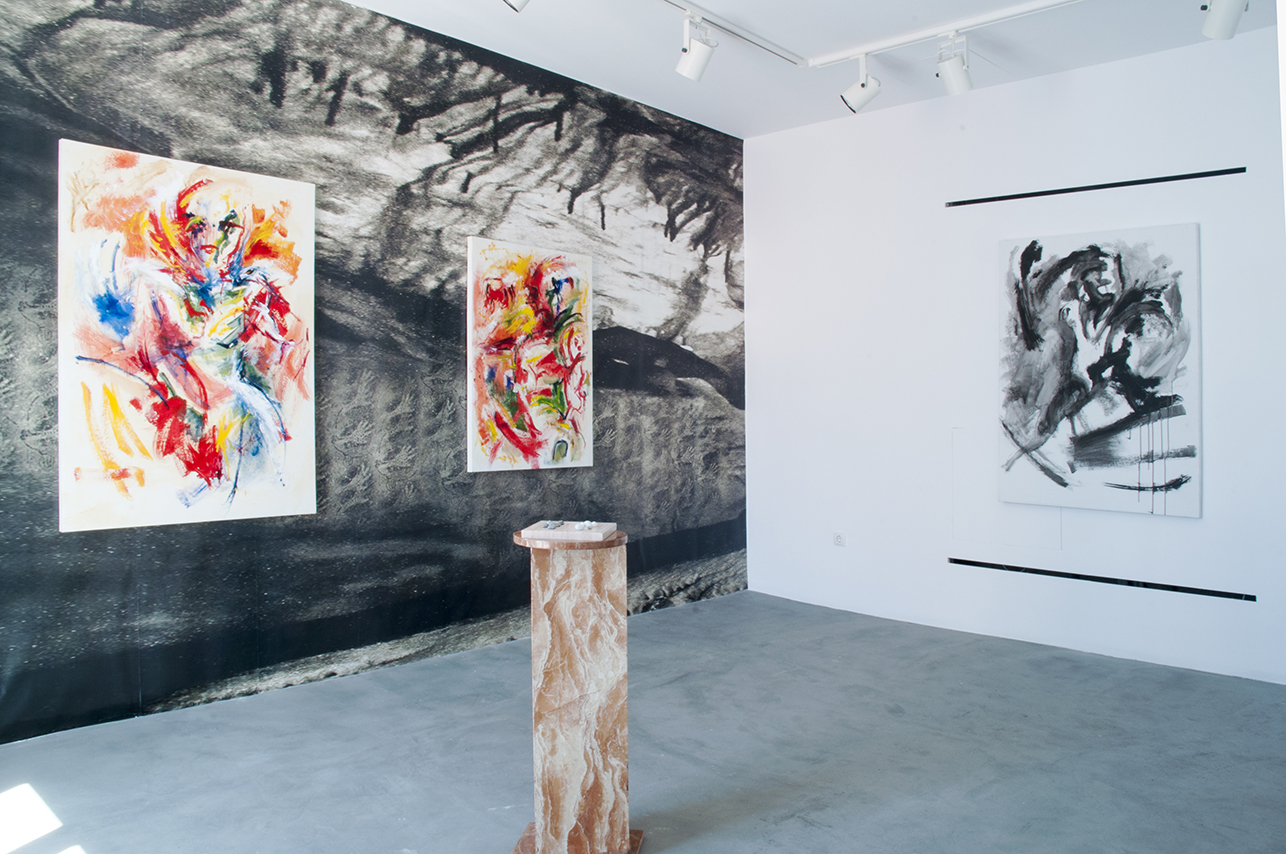 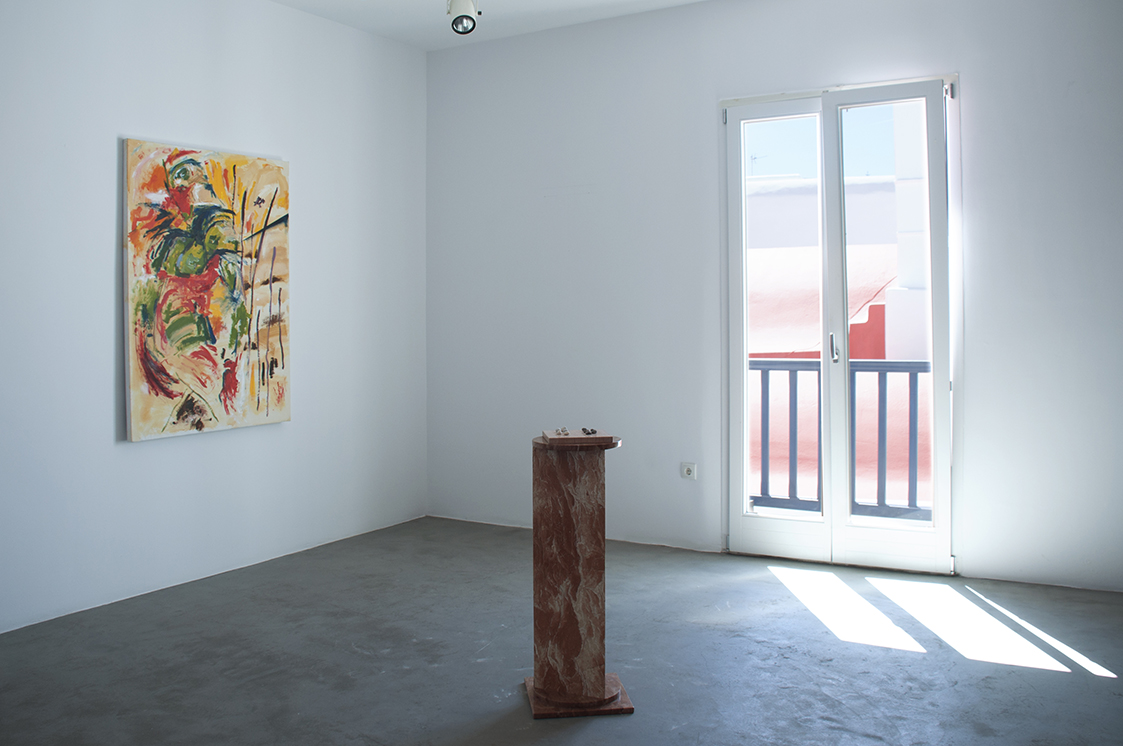 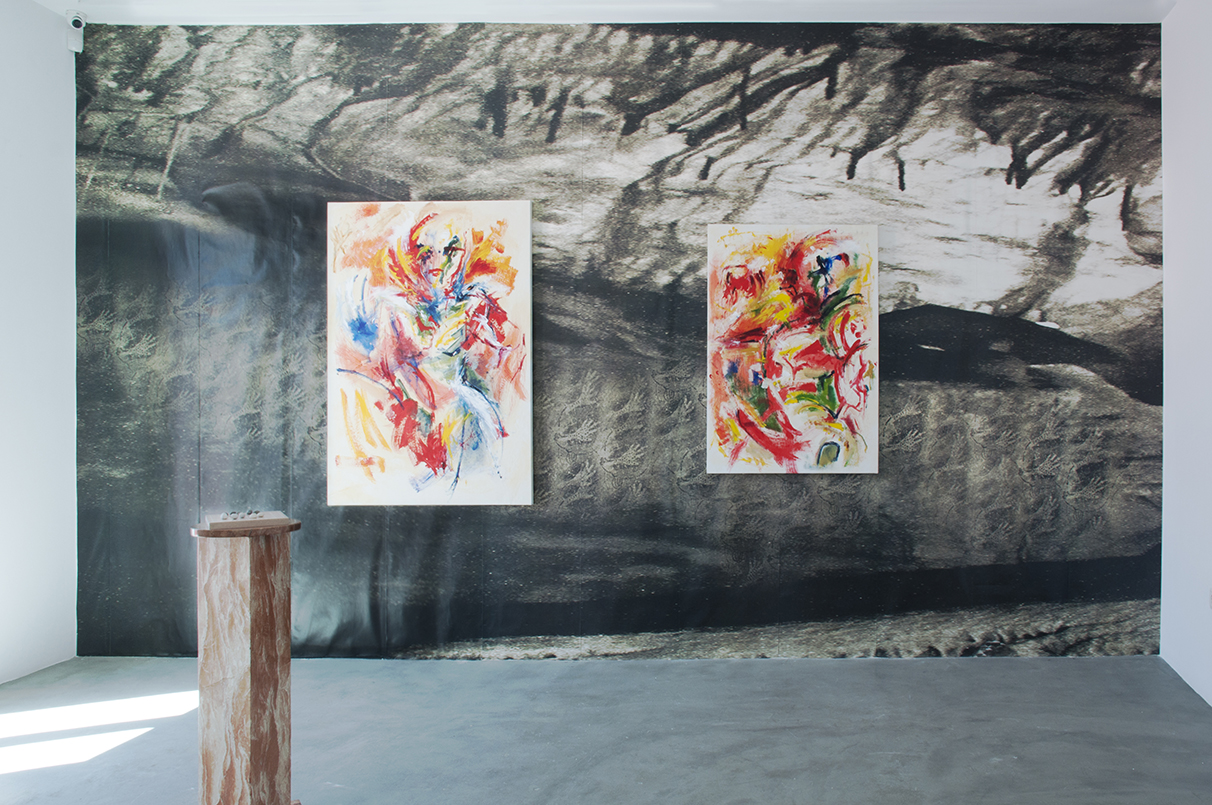 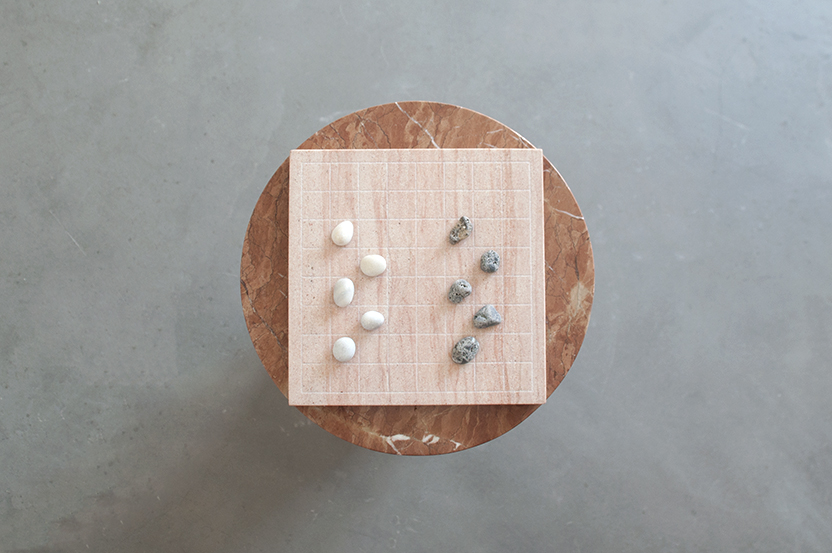 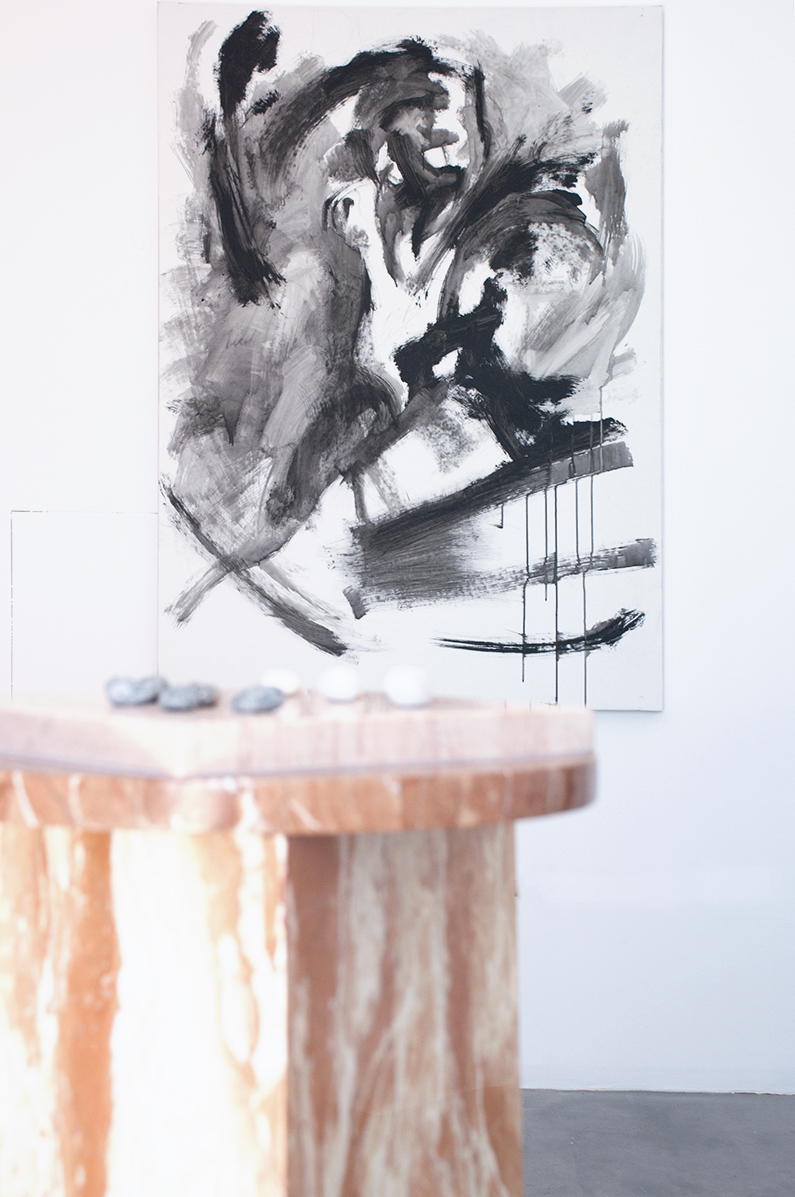 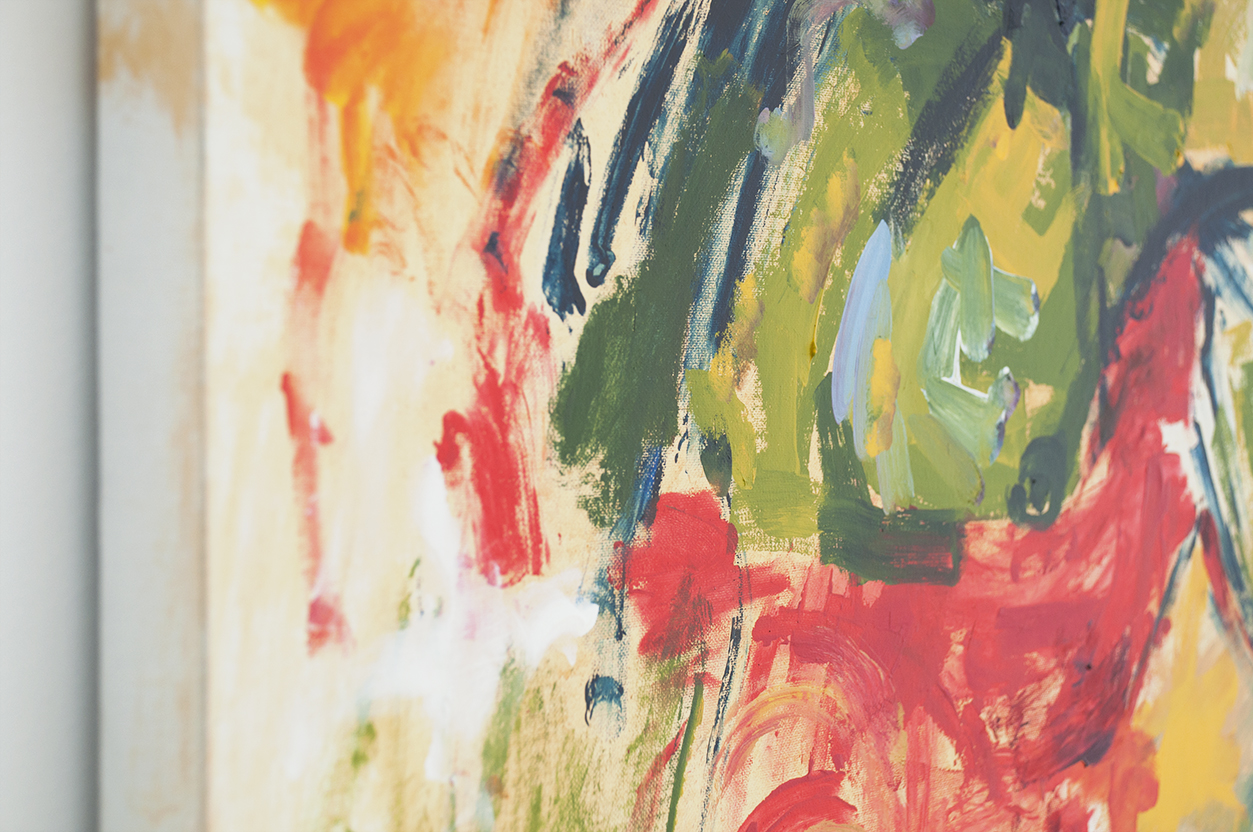 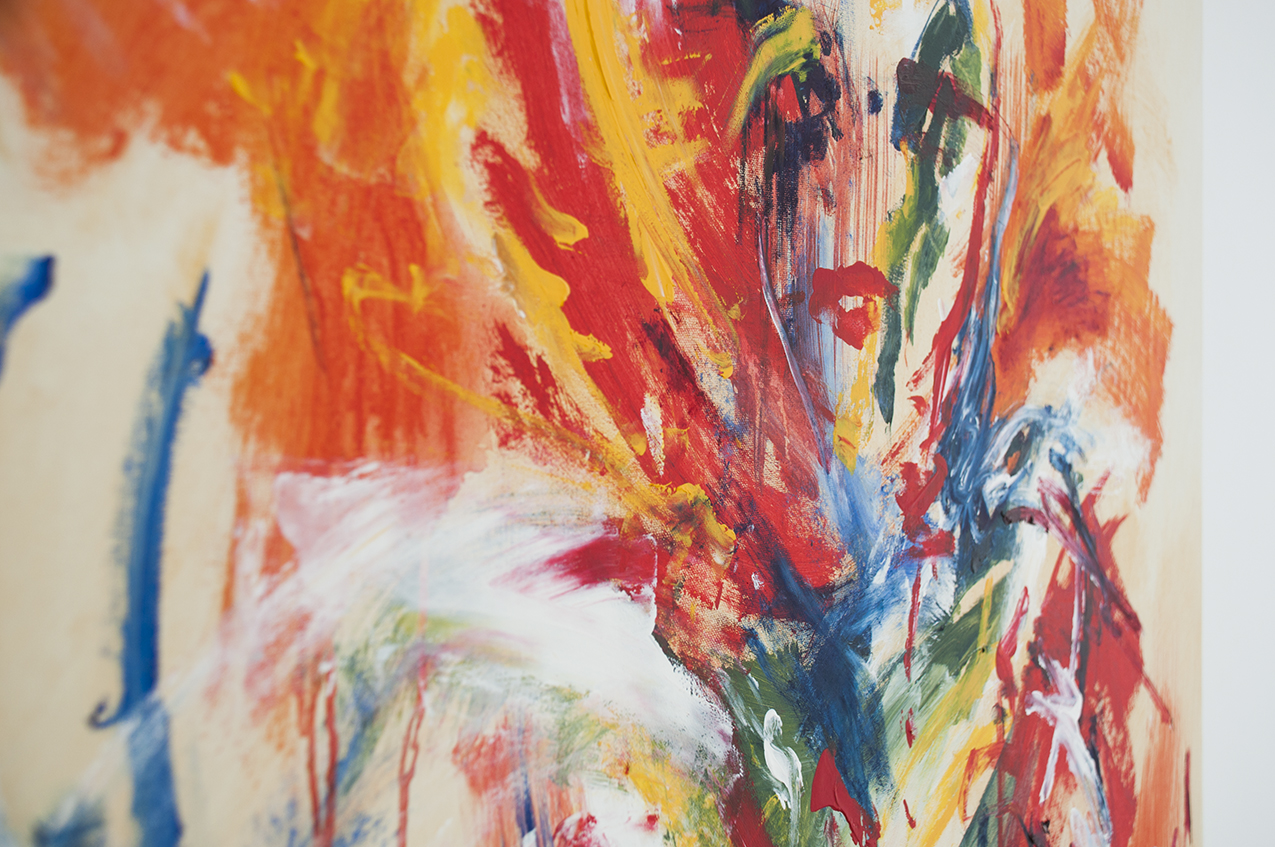 Dio Horia gallery inaugurates its fourth year of activities with a solo exhibition by Greek artist Vasilis Karouk, called Sex with the Machine.
Sex with the Machine introduces Karouk’s interest on the scattered brain syndrome that we suffer from as a society, due to the extensive use of the Internet and social media.

The title of the exhibition acts as an ironic catchphrase that on the one hand, characterizes our obsession with presenting a false and narcissistic self via social media and on the other hand, exposes our almost sexual relationship with our media devices.

With wry wit, Karouk creates paintings that stand as selfies (self-portraits), usually of naked people taken, with a smartphone. Technically his paintings are abstract embedded with hints of figuration. Karouk uses bright colors in his works in order to trigger the sensory perception of his viewers and to arouse their superego that incorporates the values and morals of society.

In addition to his paintings, Karouk also presents a wallpaper and a sculpture. Specifically, the paintings are installed on a wallpaper that depicts an image of a cave-painting of pre-historic origin that the artist found in the internet and then, processed. Karouk states that painted drawings on caves are a big impact on his recent work and that often symbols of humans, animals and finger flutings are depicted in his works. Using the same color palette with the wallpaper, the artist creates a sculpture made from marble. The sculpture stands as a two-player strategy game on a board, of Karouk’s own invention. The exhibition viewers can play with it following an instruction manual that accompanies it.

Vasilis Patmios Karouk (b. 1977 , Athens, Greece) lives and works in Athens. He graduated from the University of Fine Arts in Athens and the University of the Arts in Utrecht. His last solo exhibition took place in 2017 at an old shopping center in Athens. Among other exhibitions he has participated at the following: Paratoxic Paradoxes, Benaki Museum (Athens, 2017) | Nterti Humanism, Fagionato Gallery (London, 2011) | Others, Riso Museo d’Arte Contemporanea della Sicilia (Palermo, 2010) | Heaven, 2nd Αthens Biennial (Athens, 2009) | Destroy Athens, 1st Αthens Biennial (Athens, 2007).