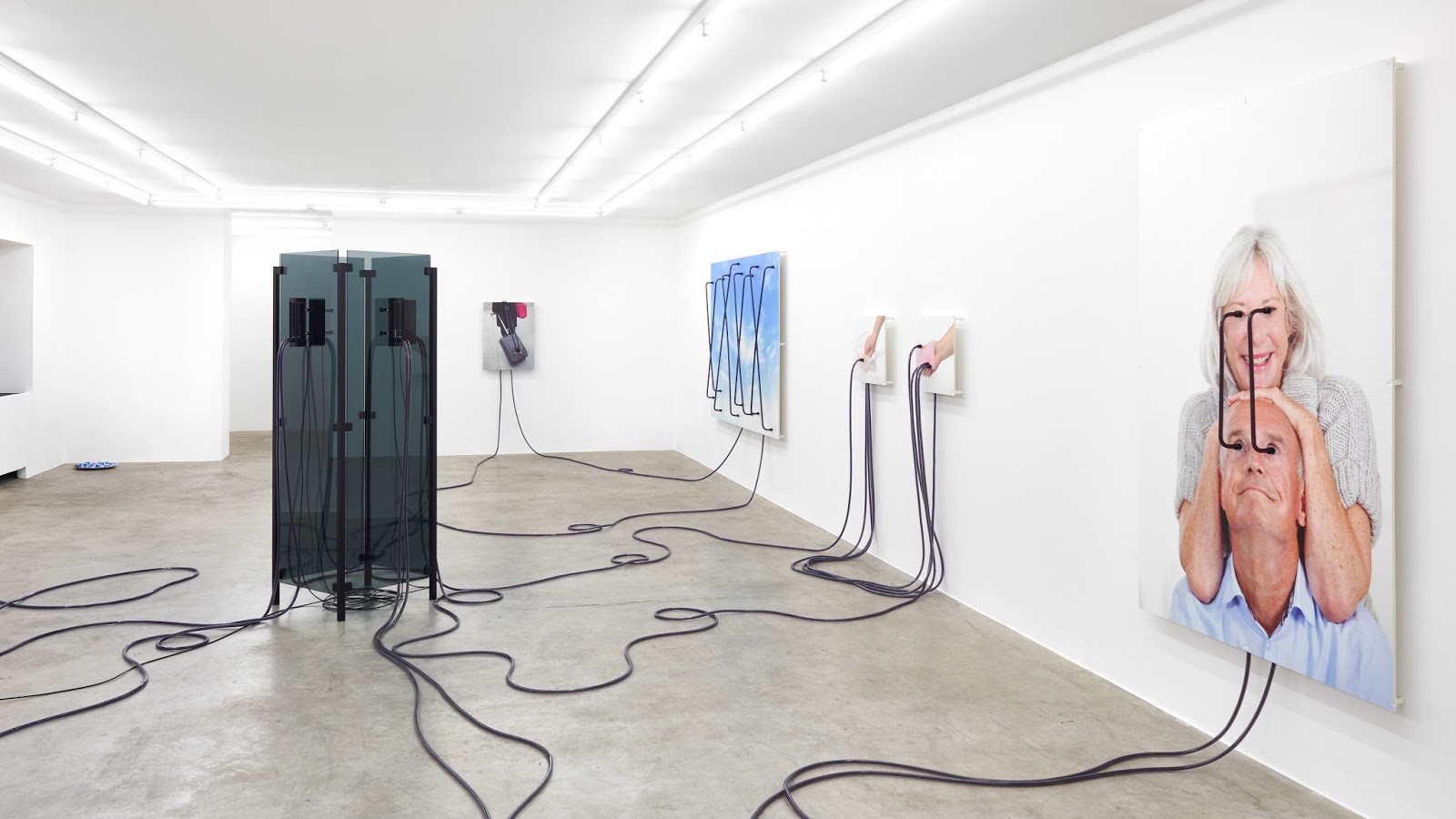 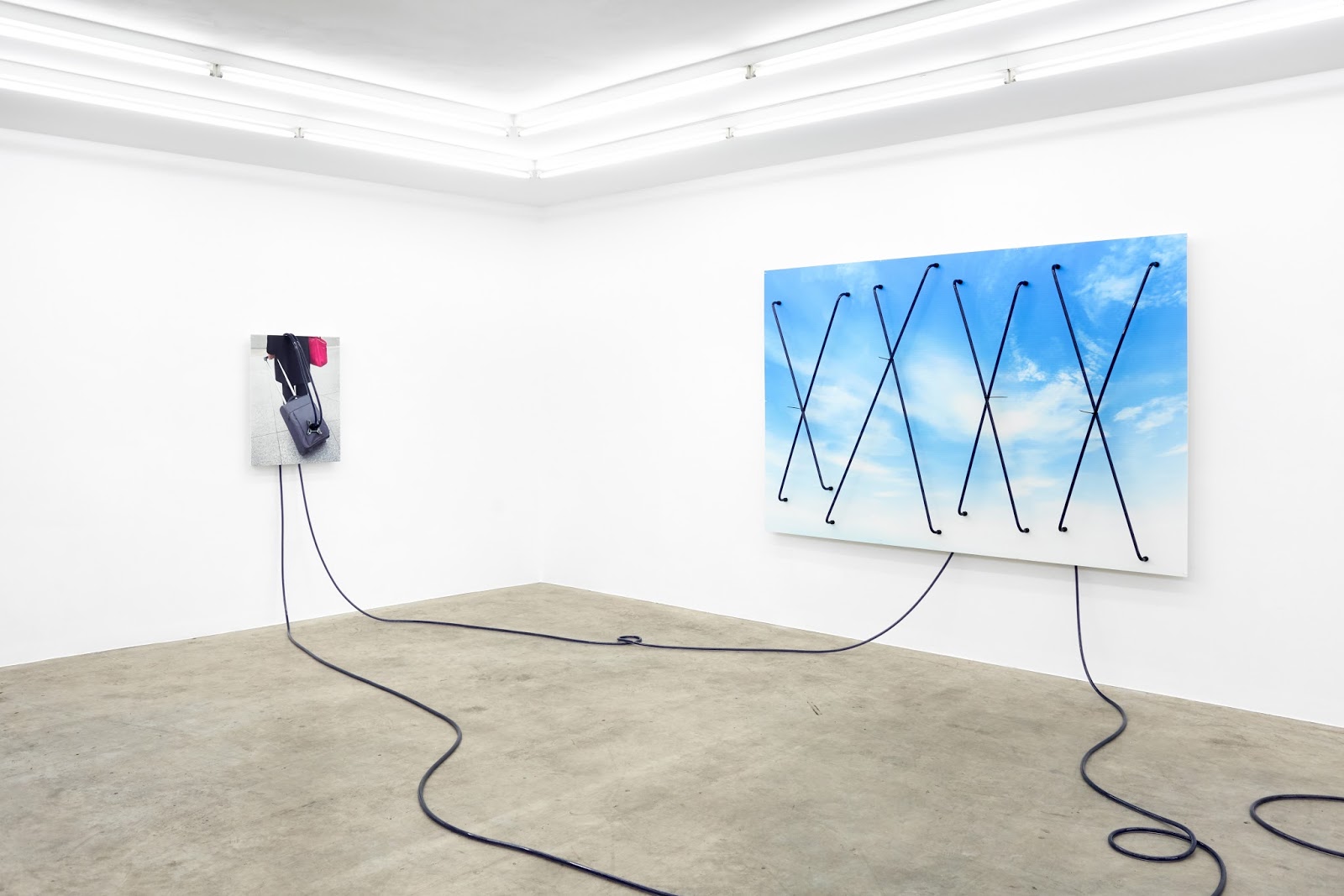 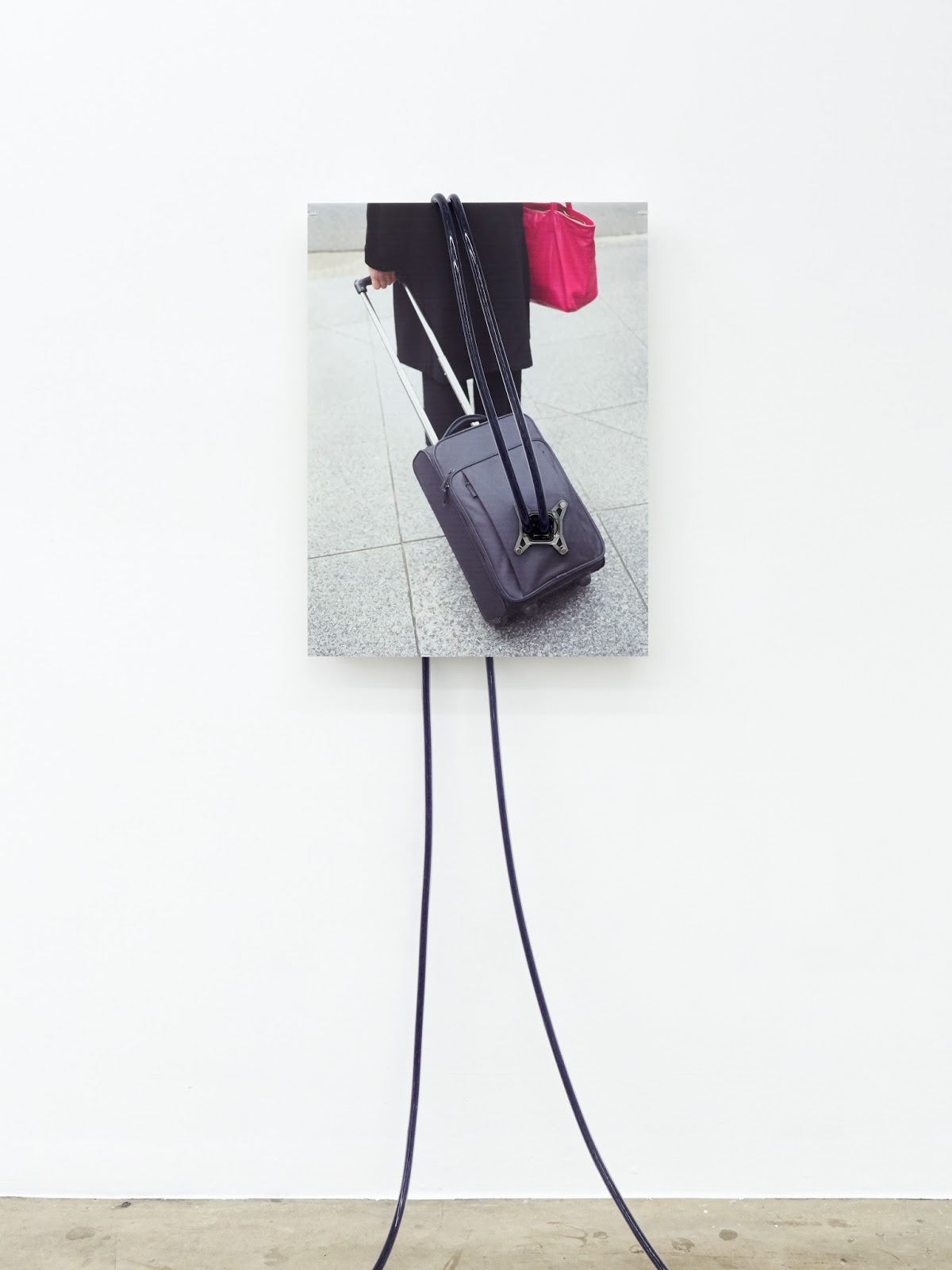 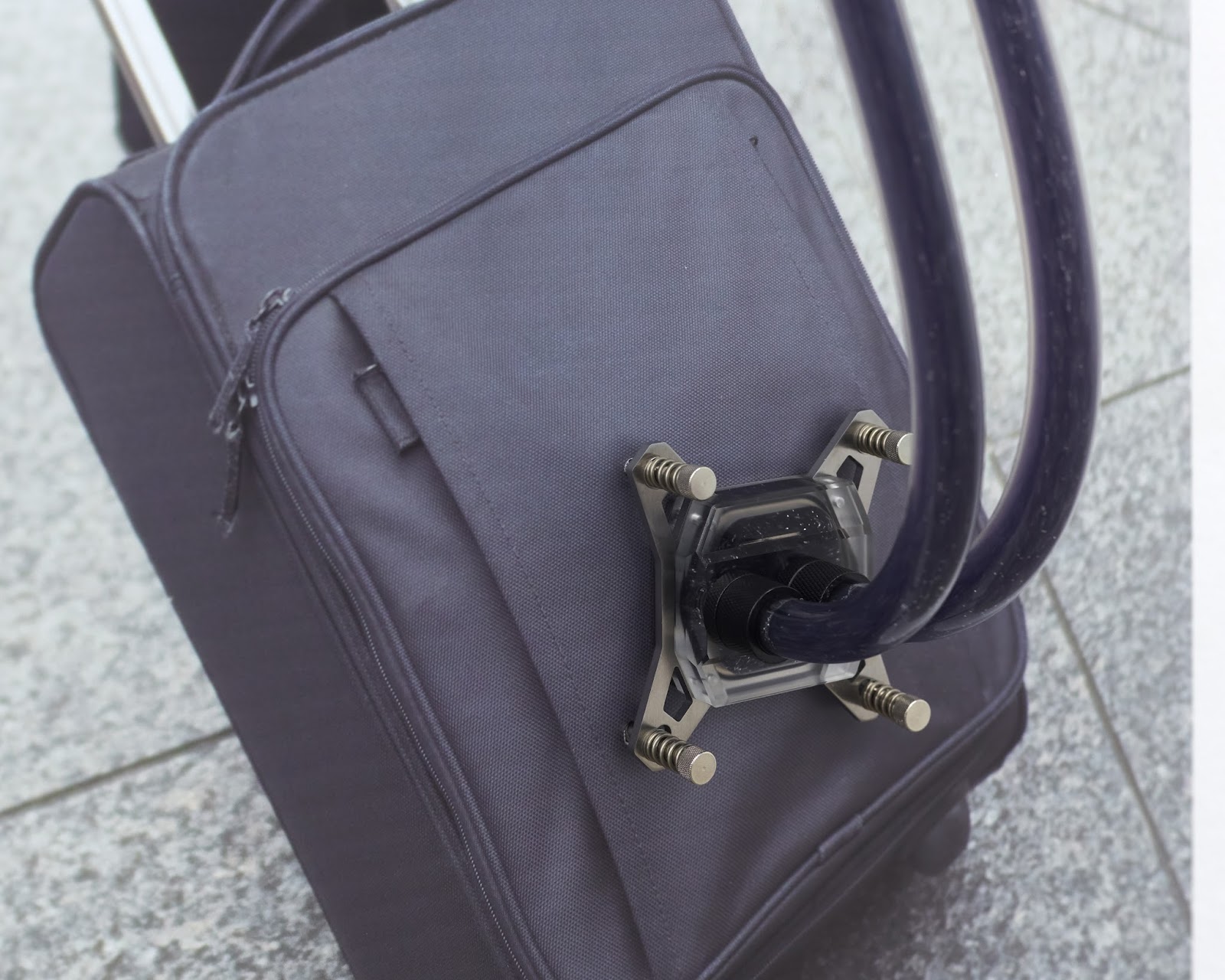 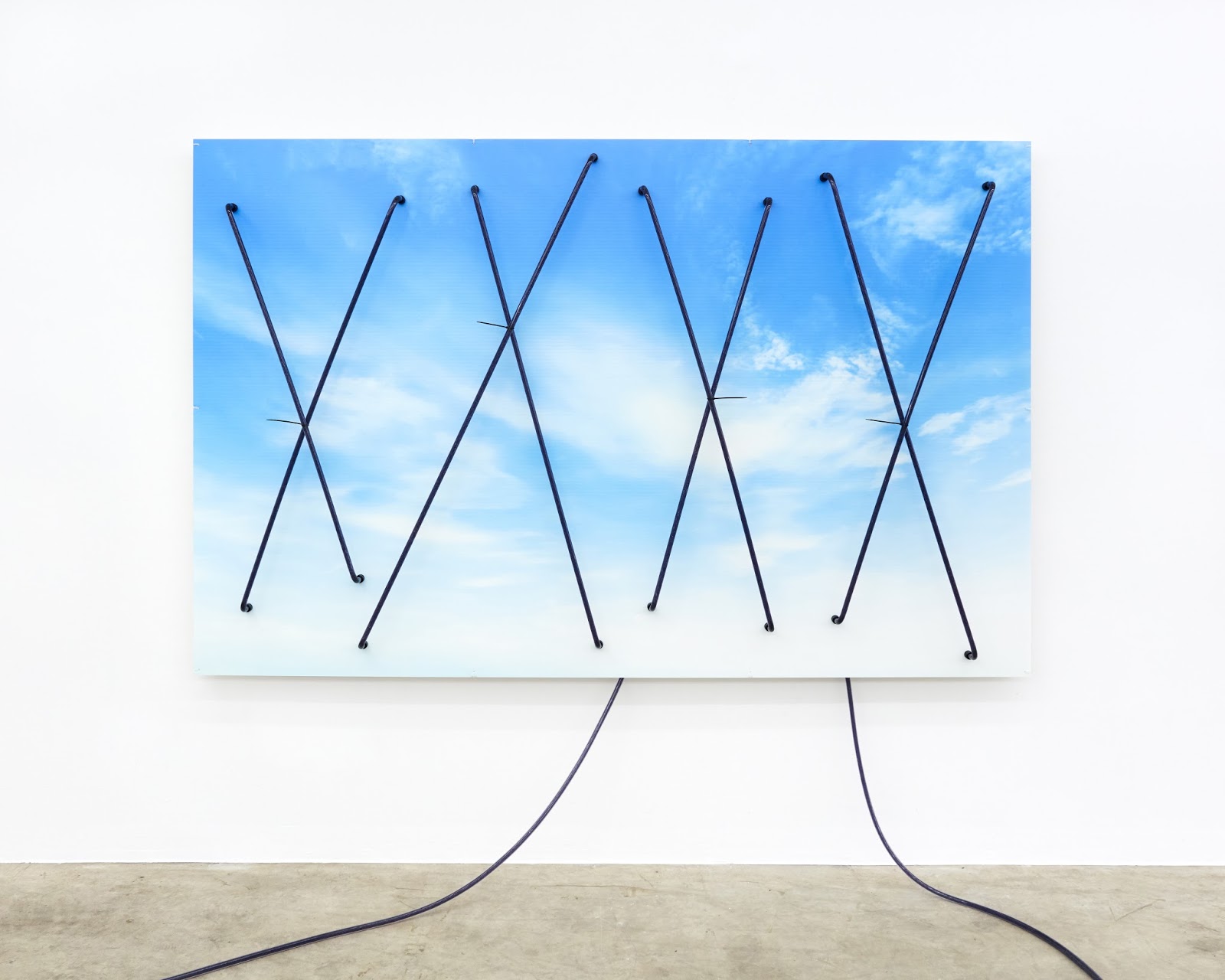 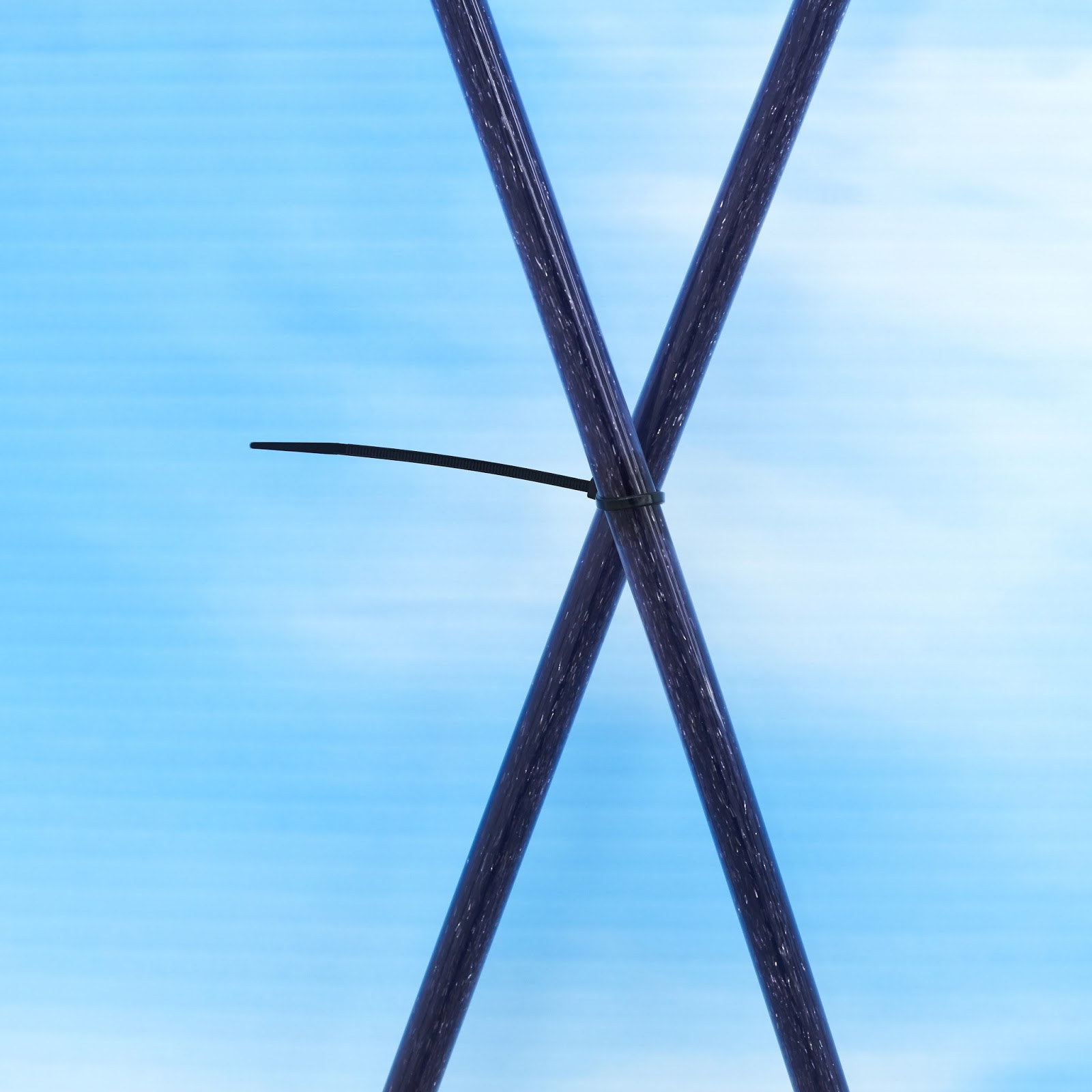 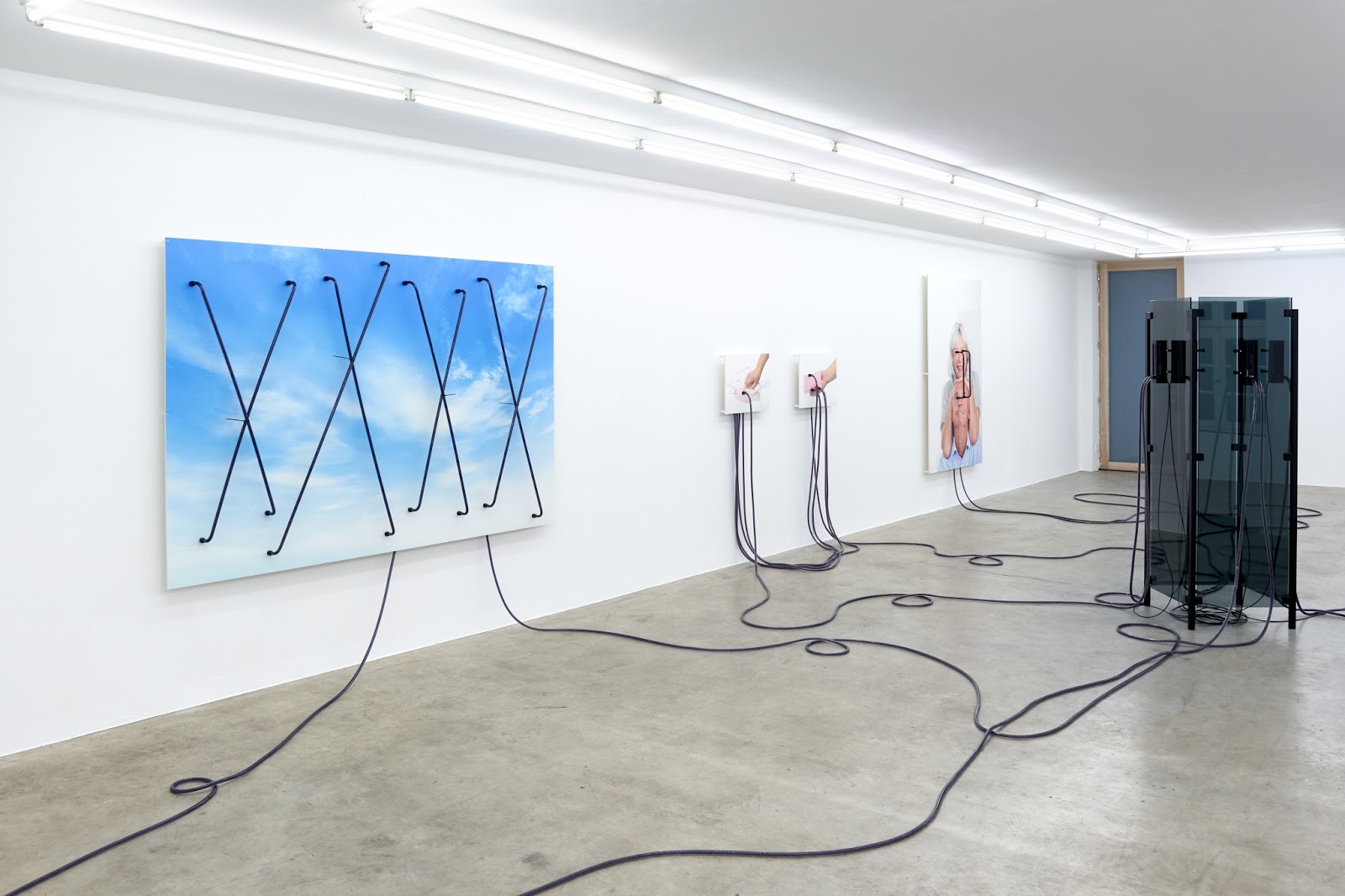 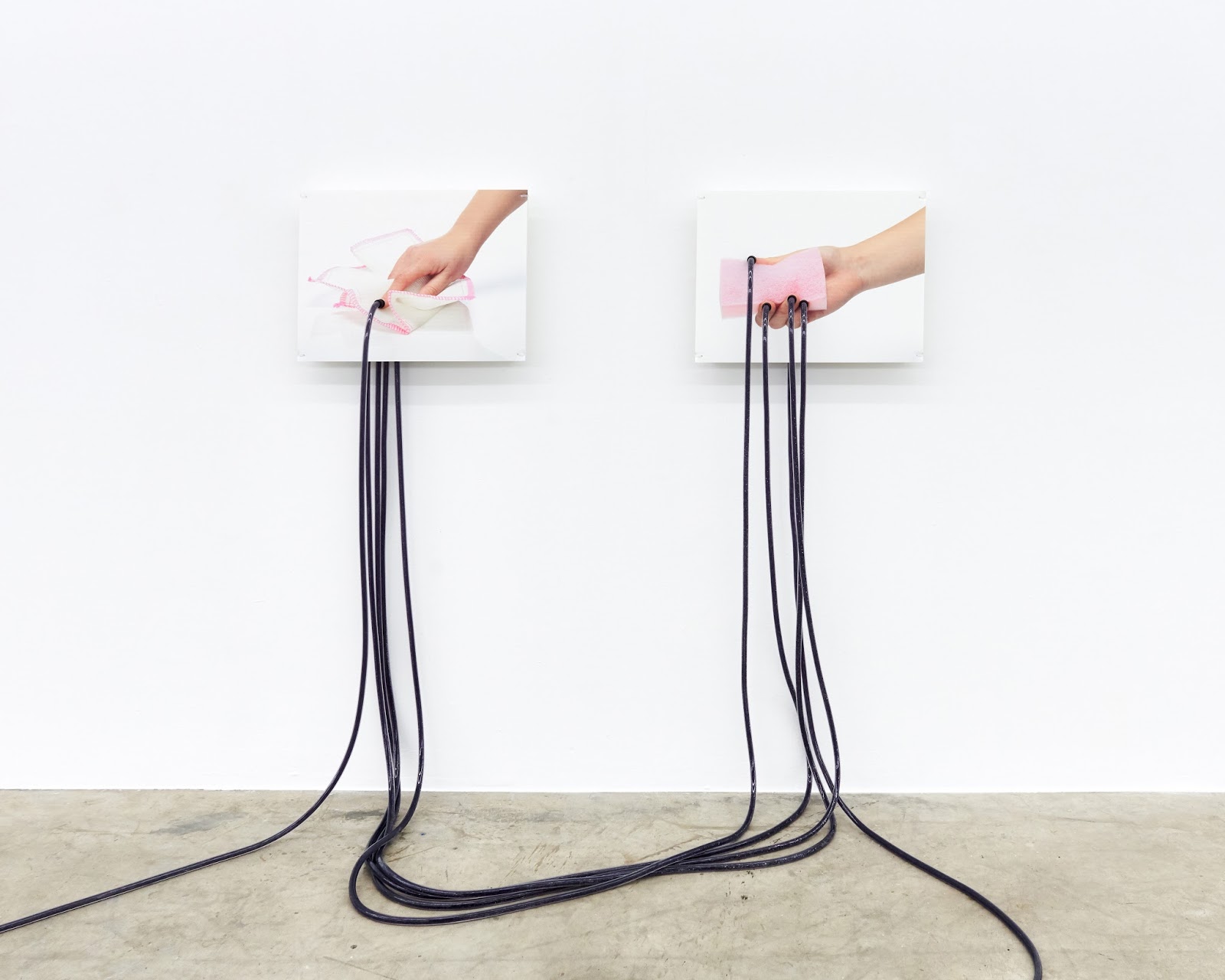 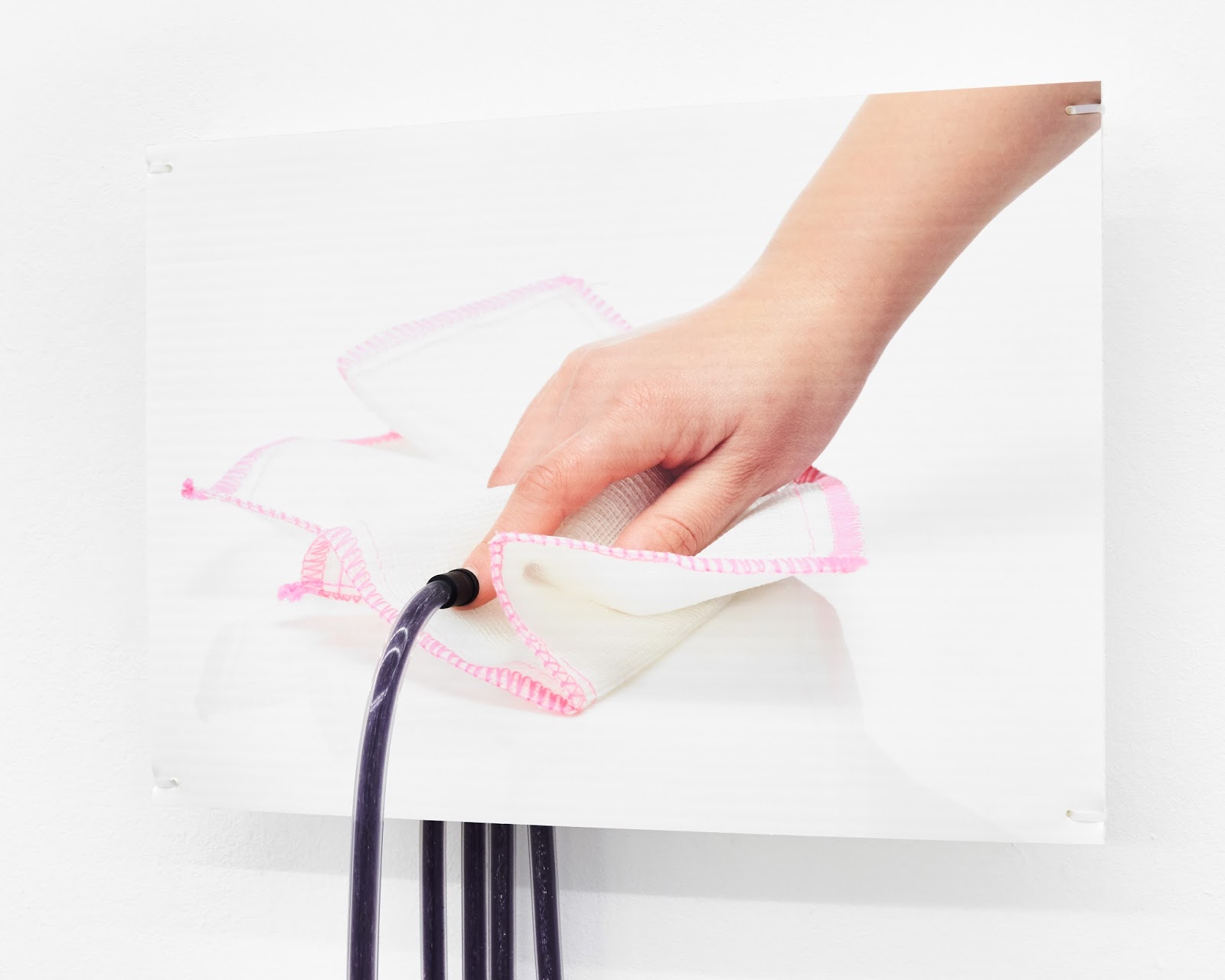 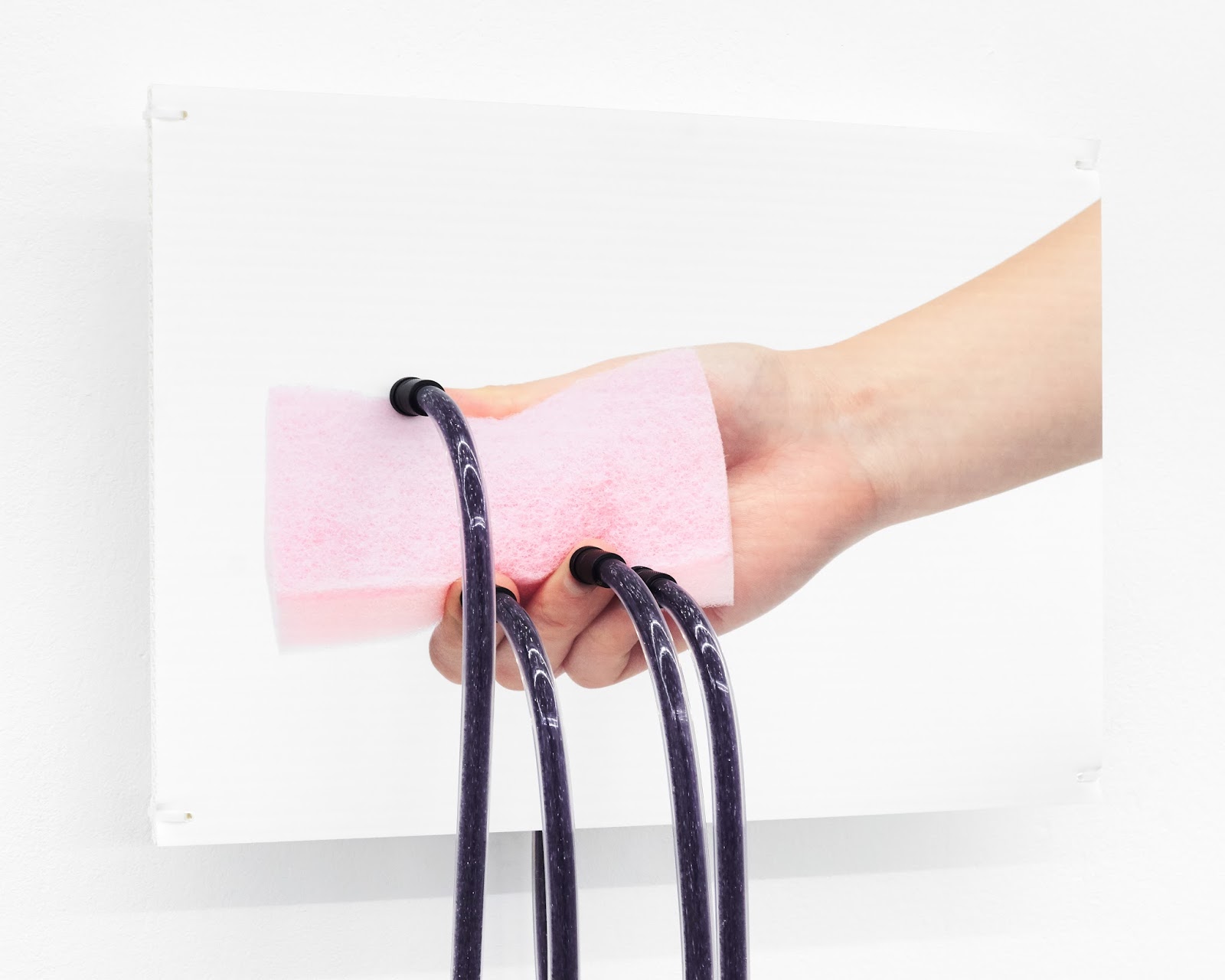 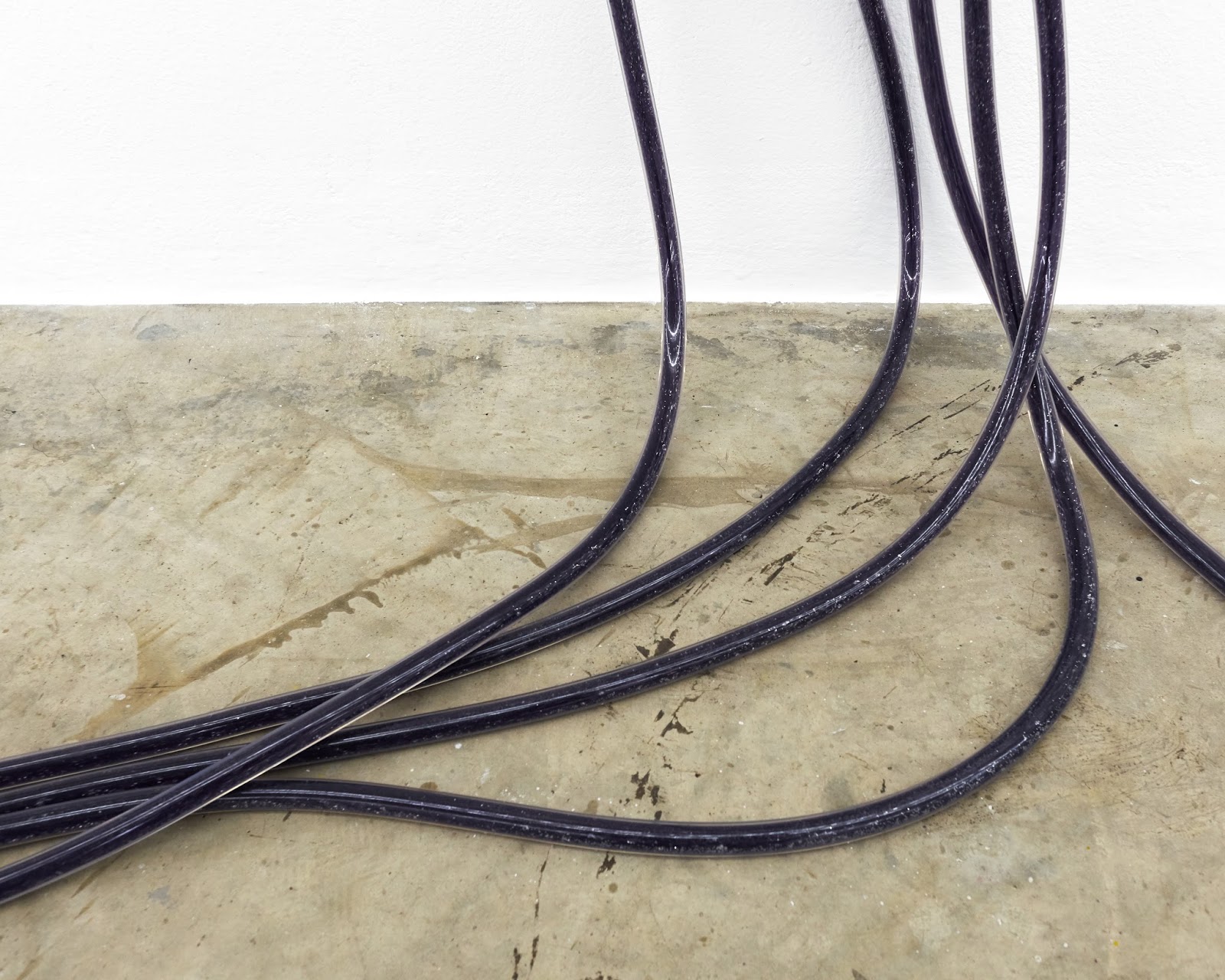 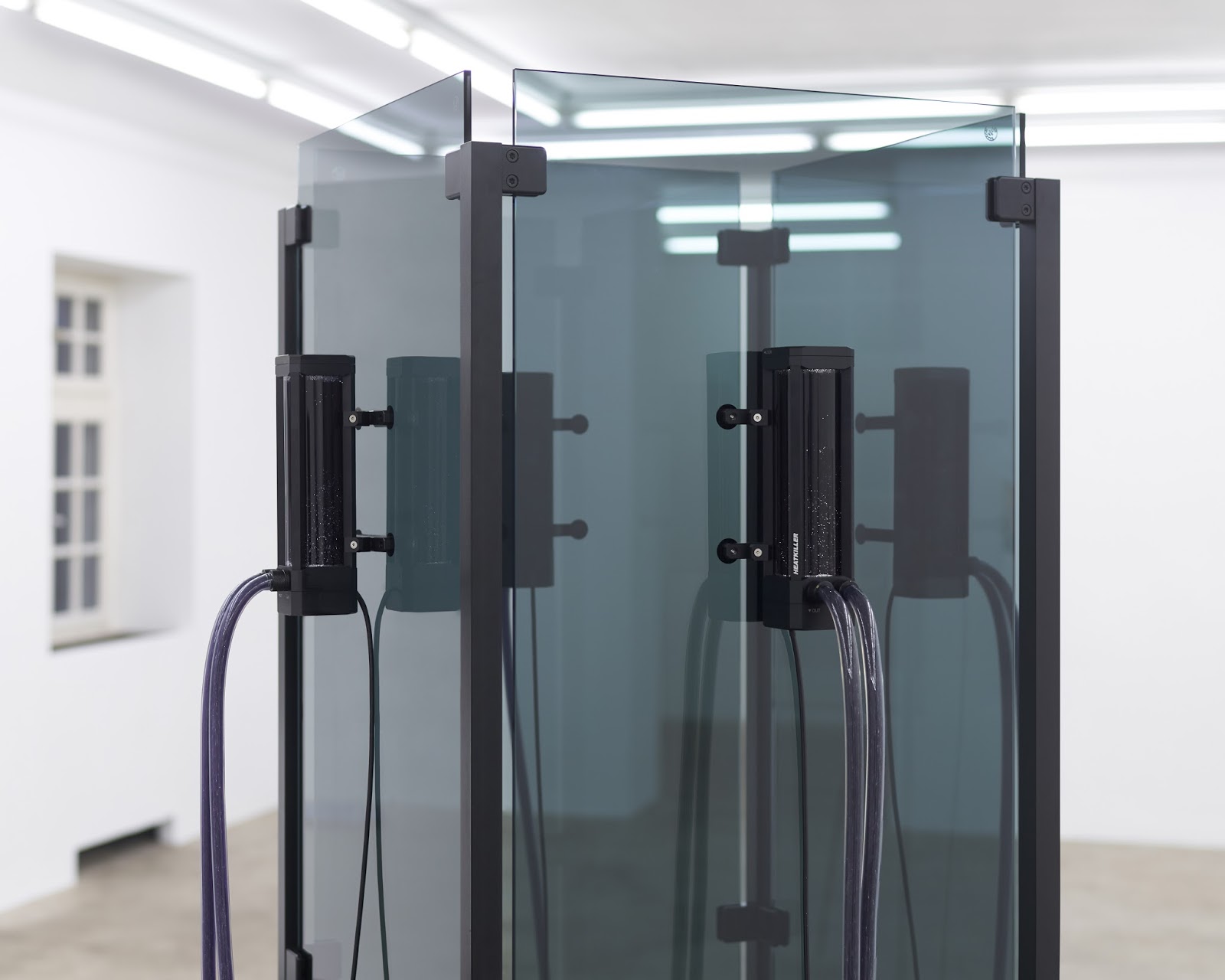 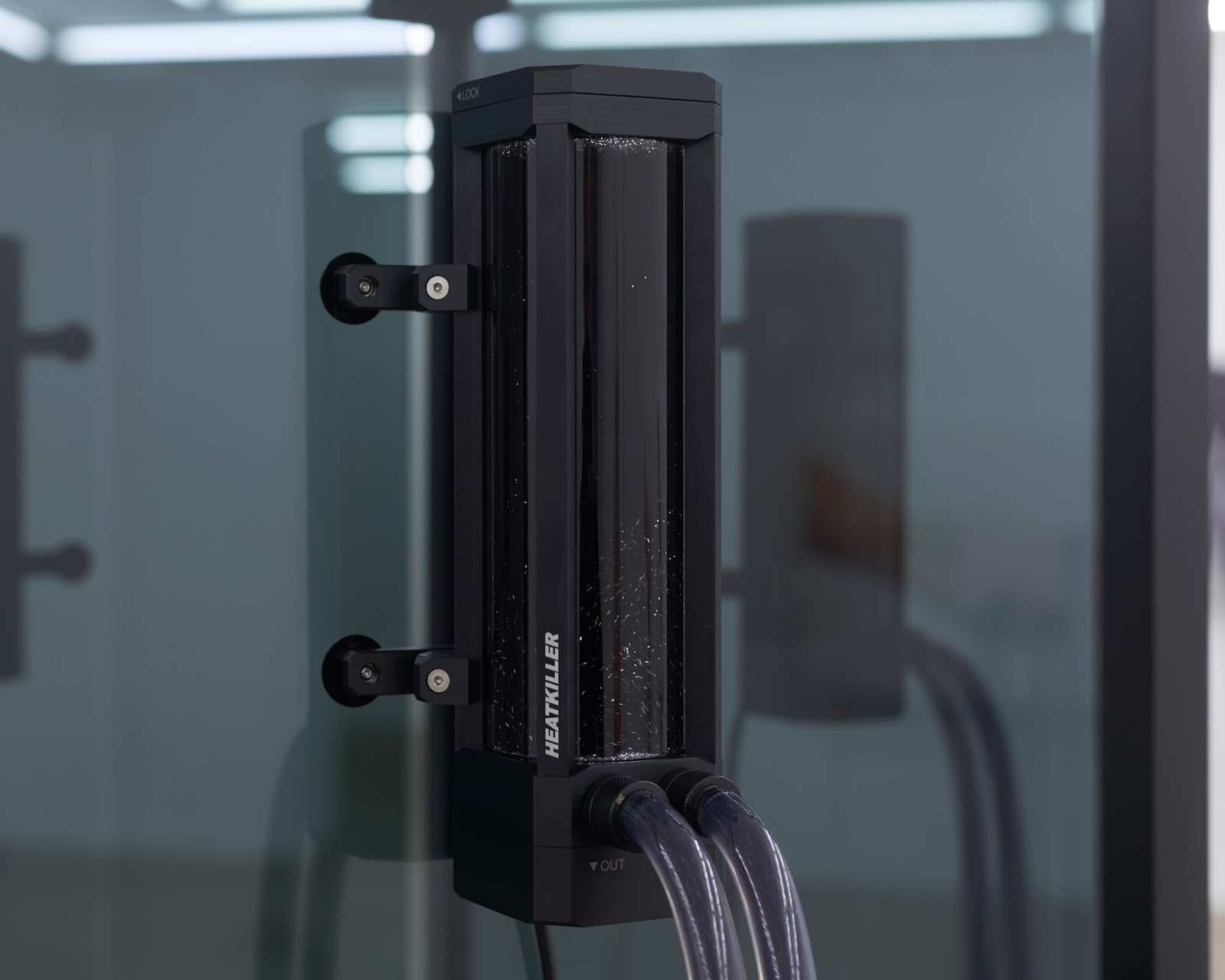 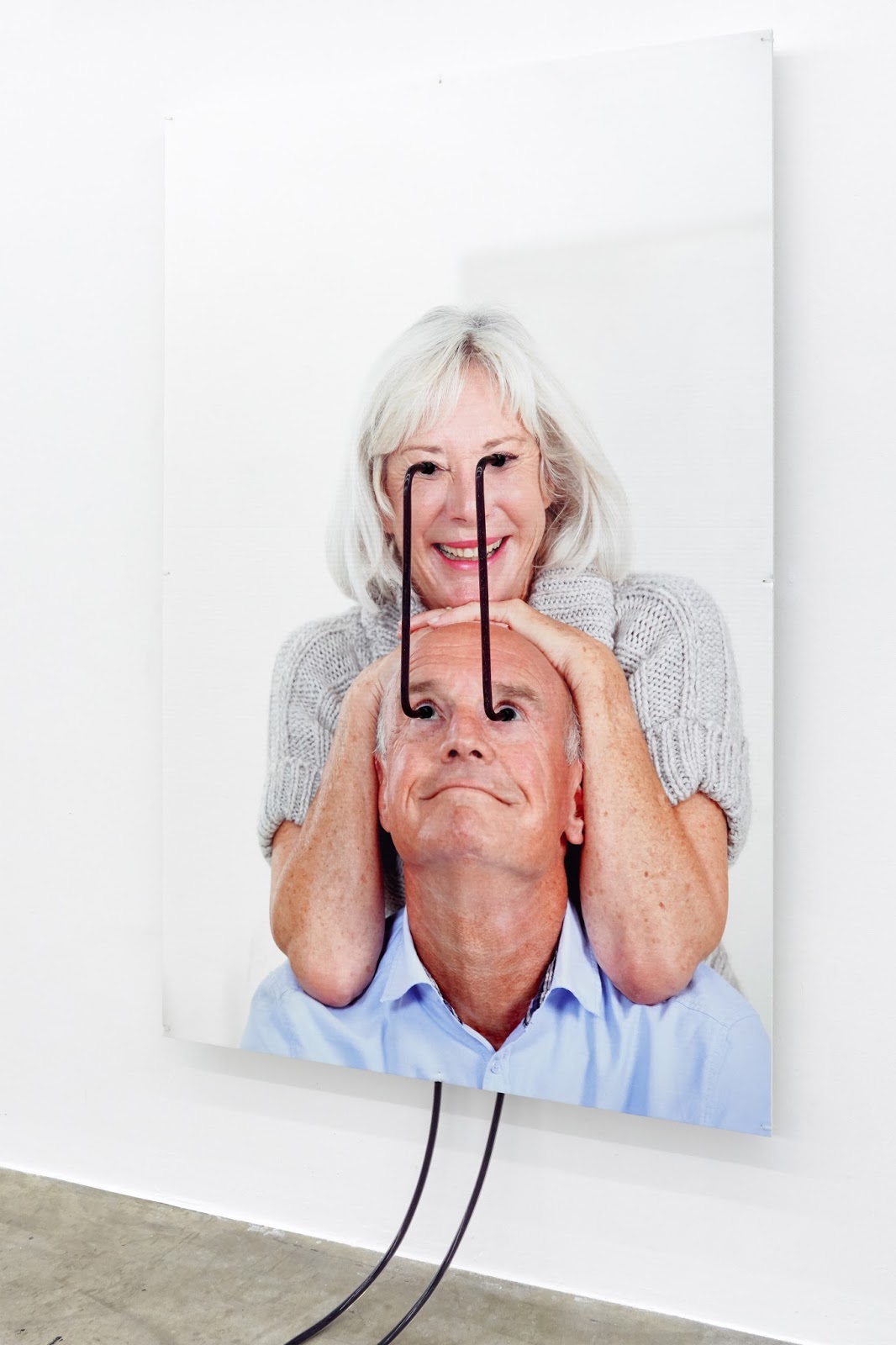 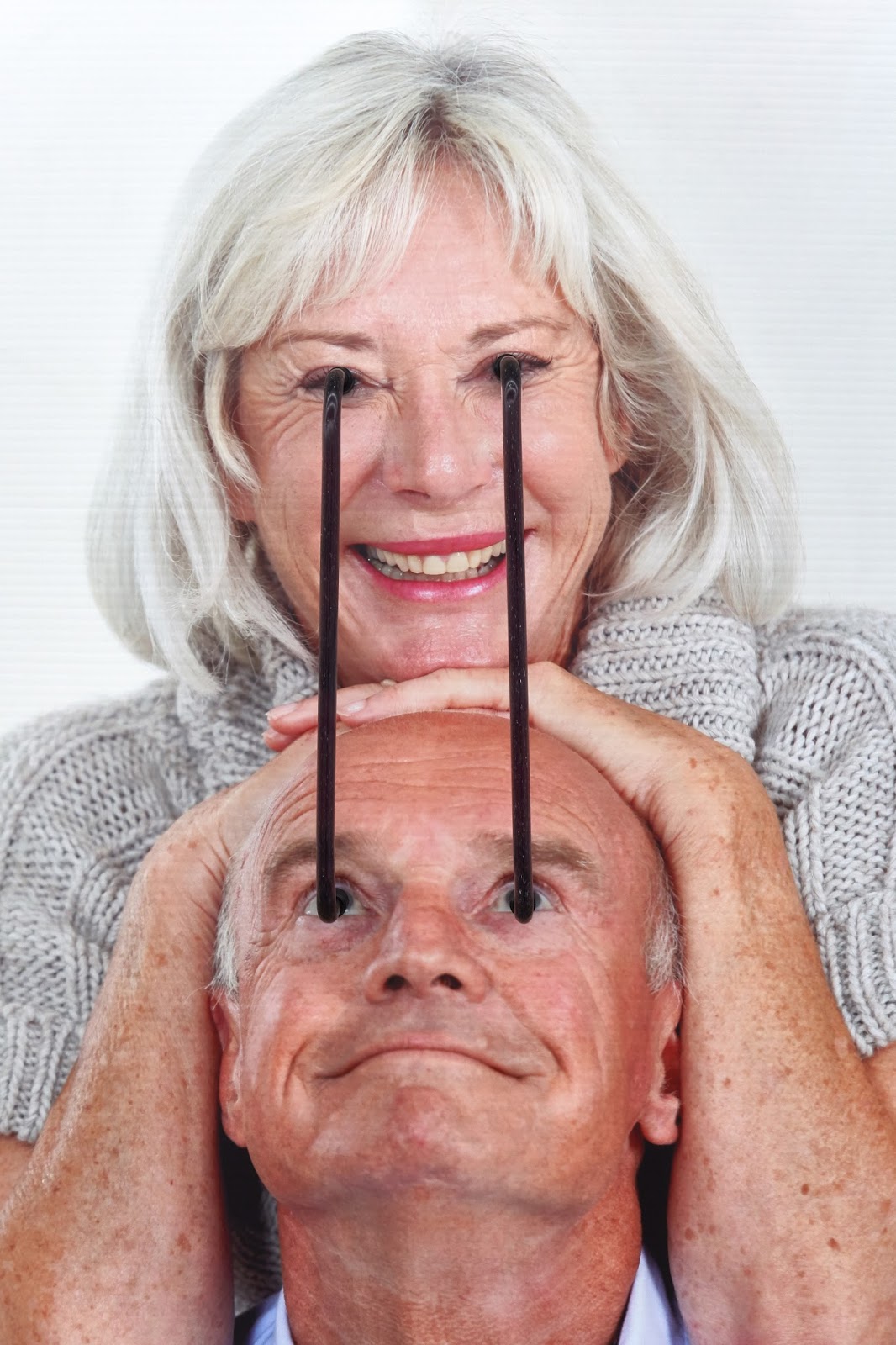 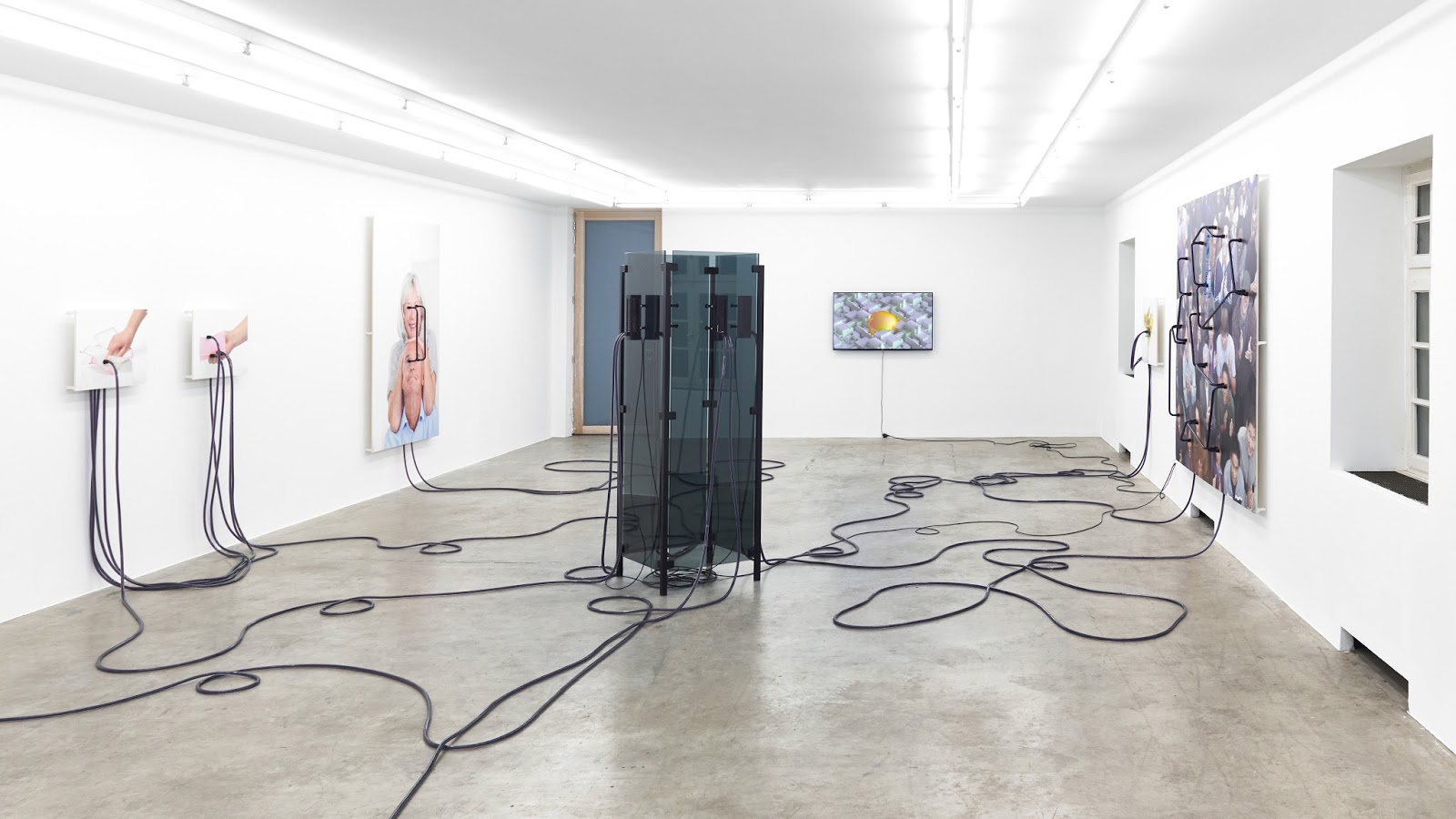 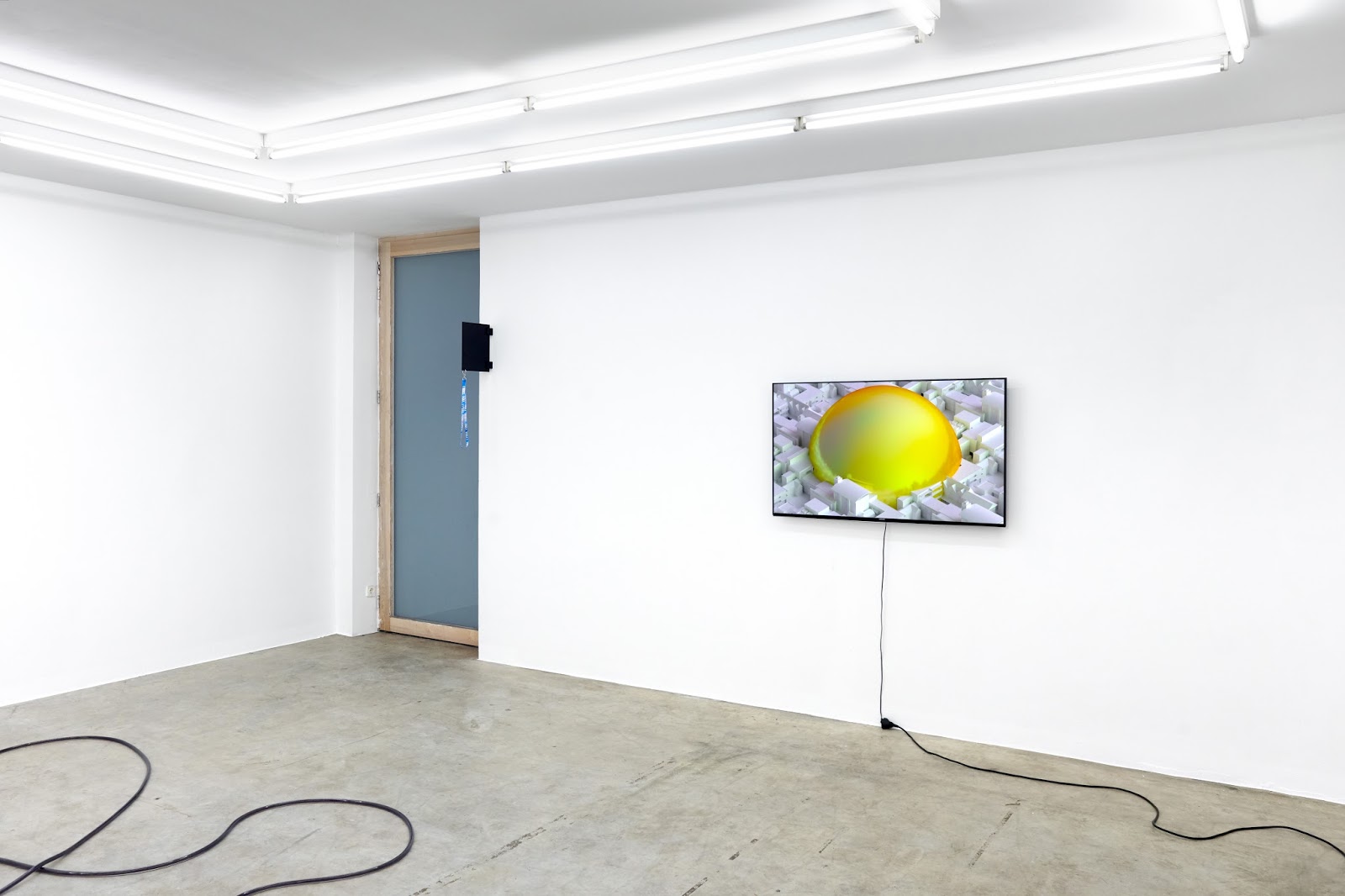 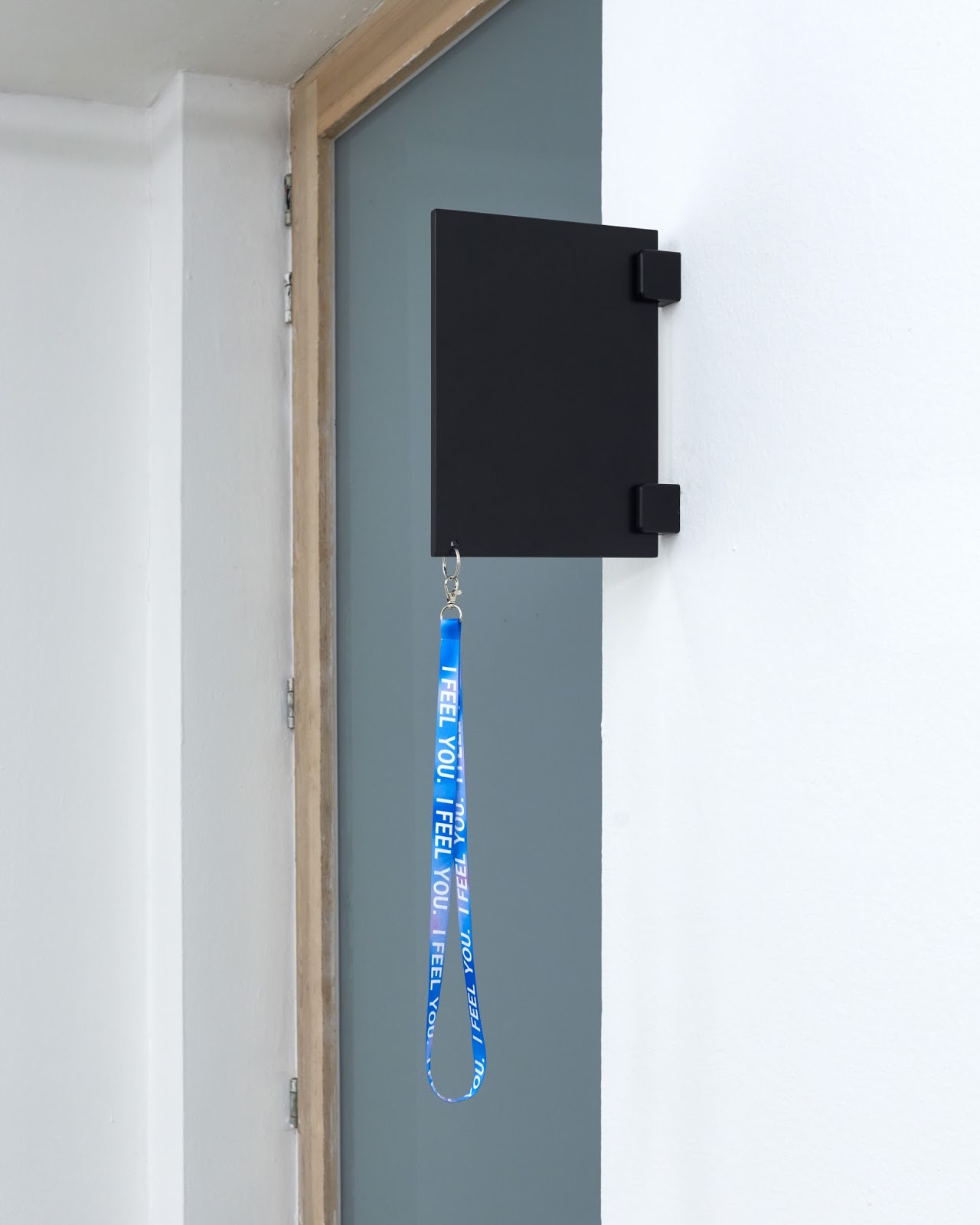 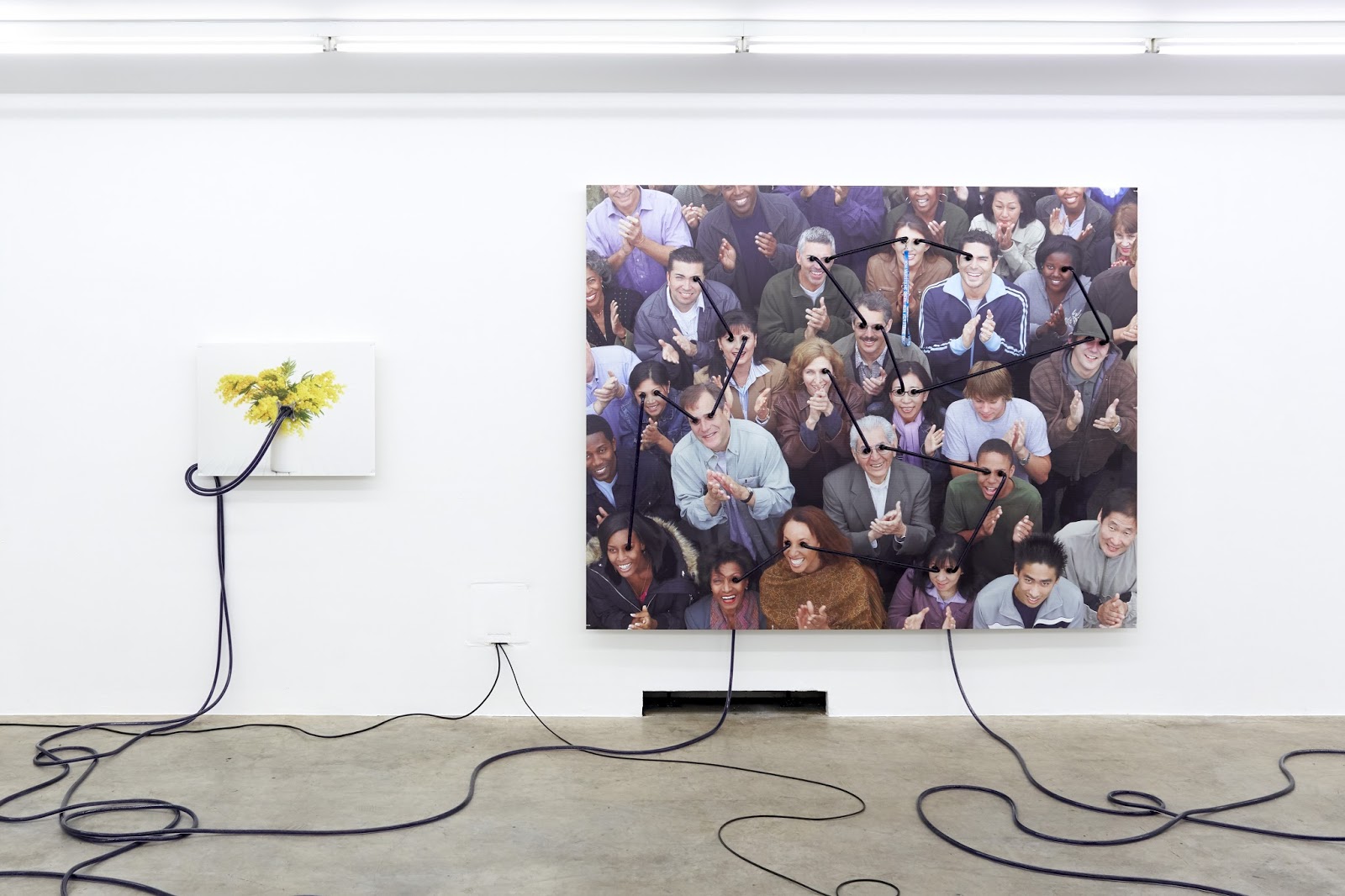 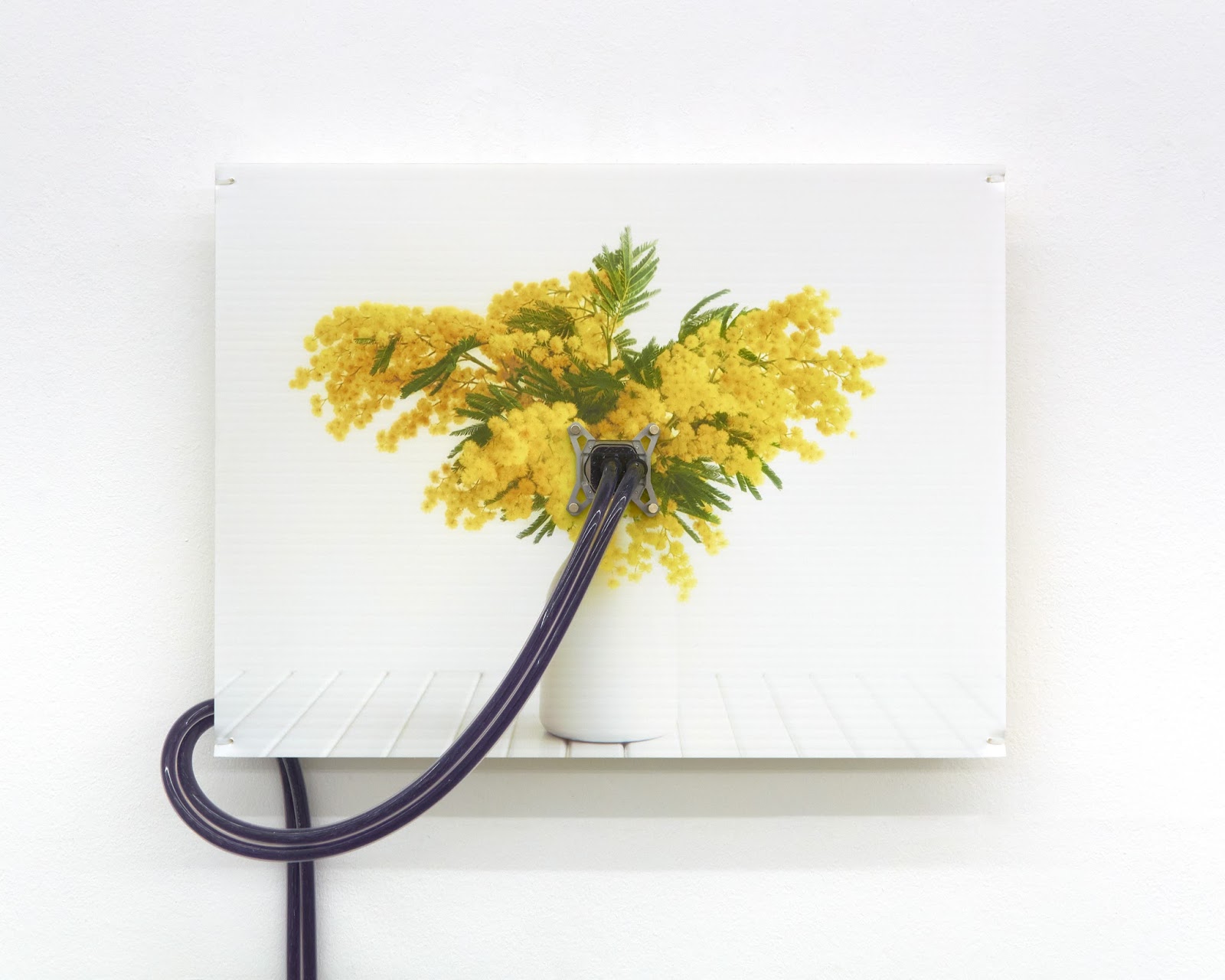 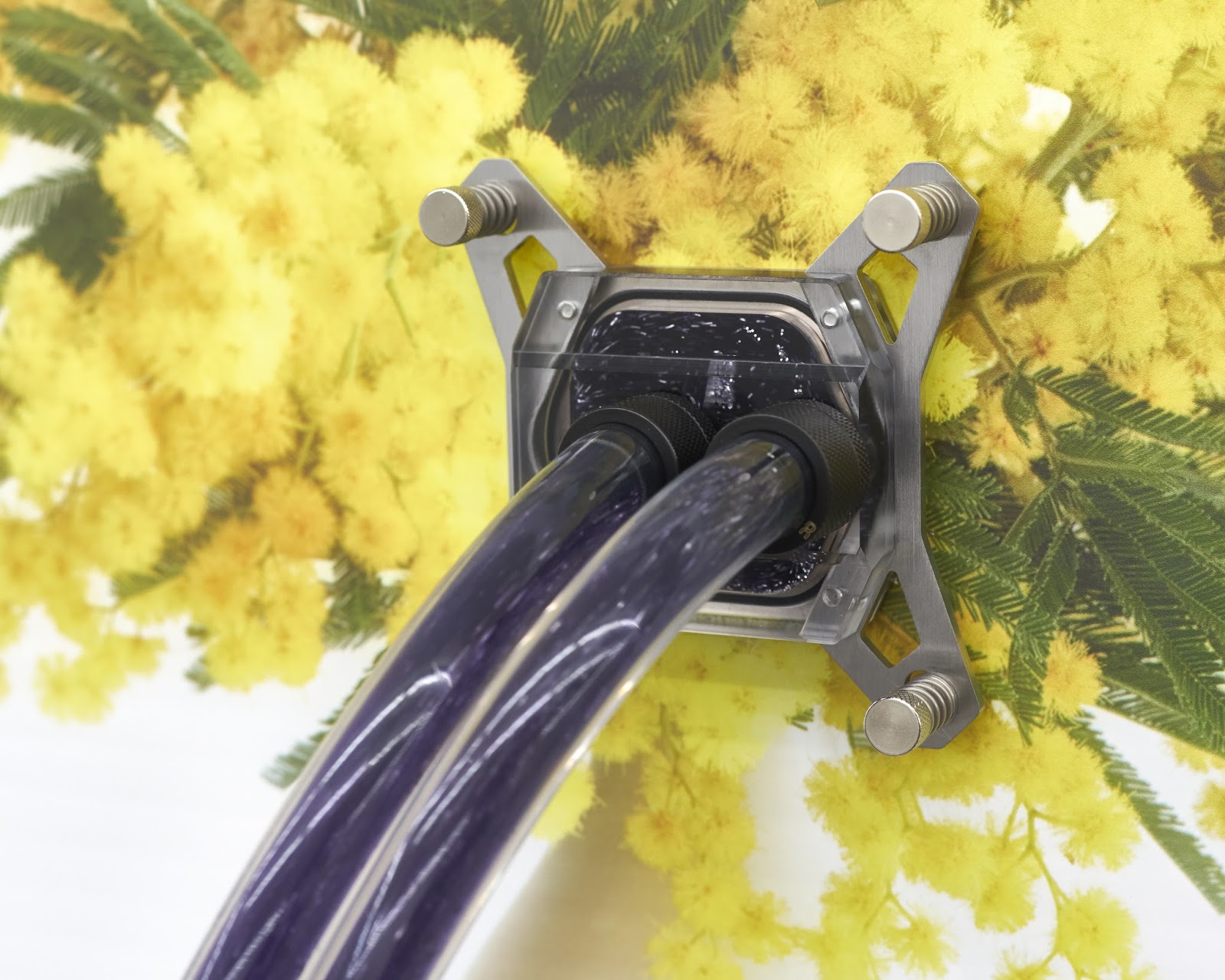 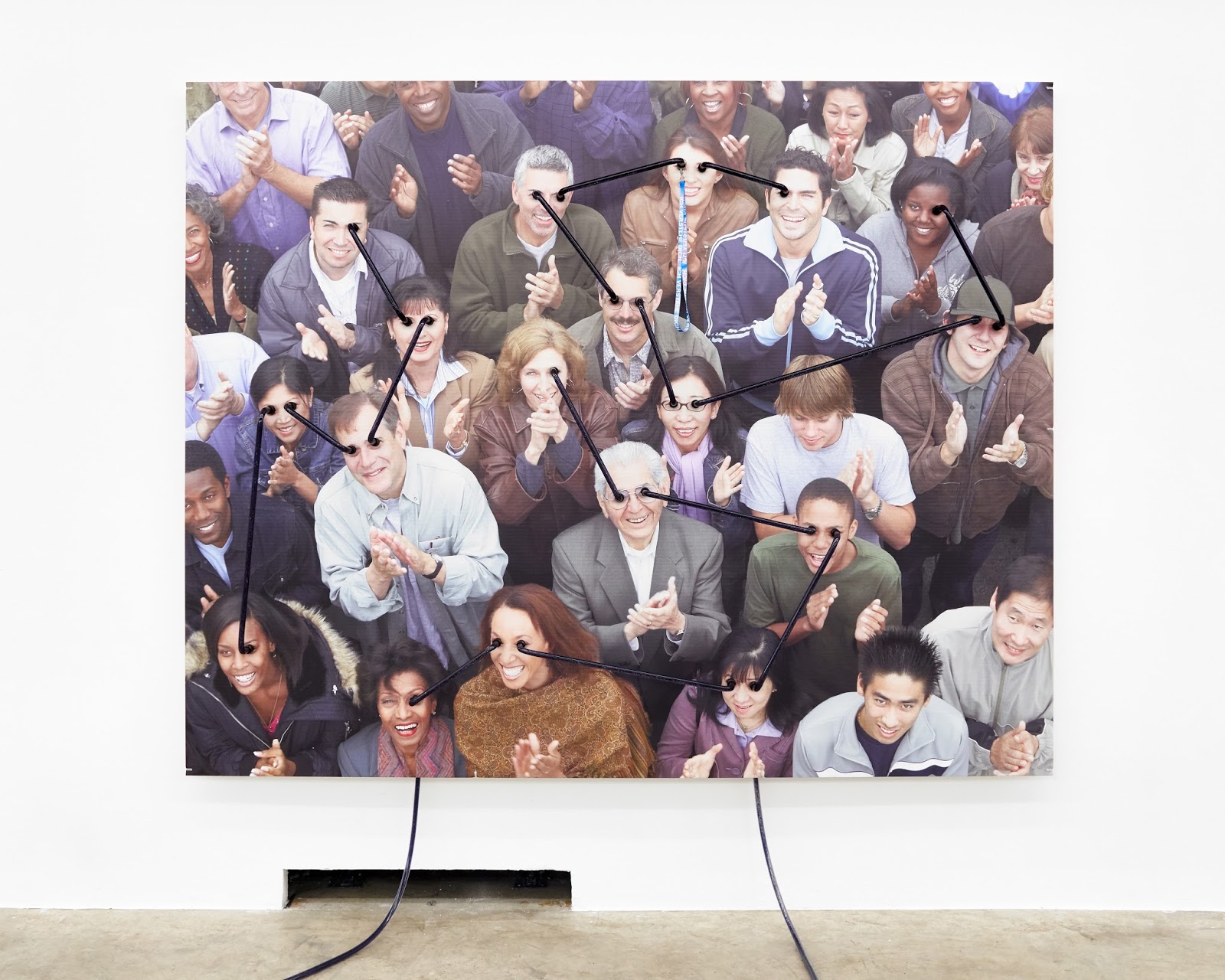 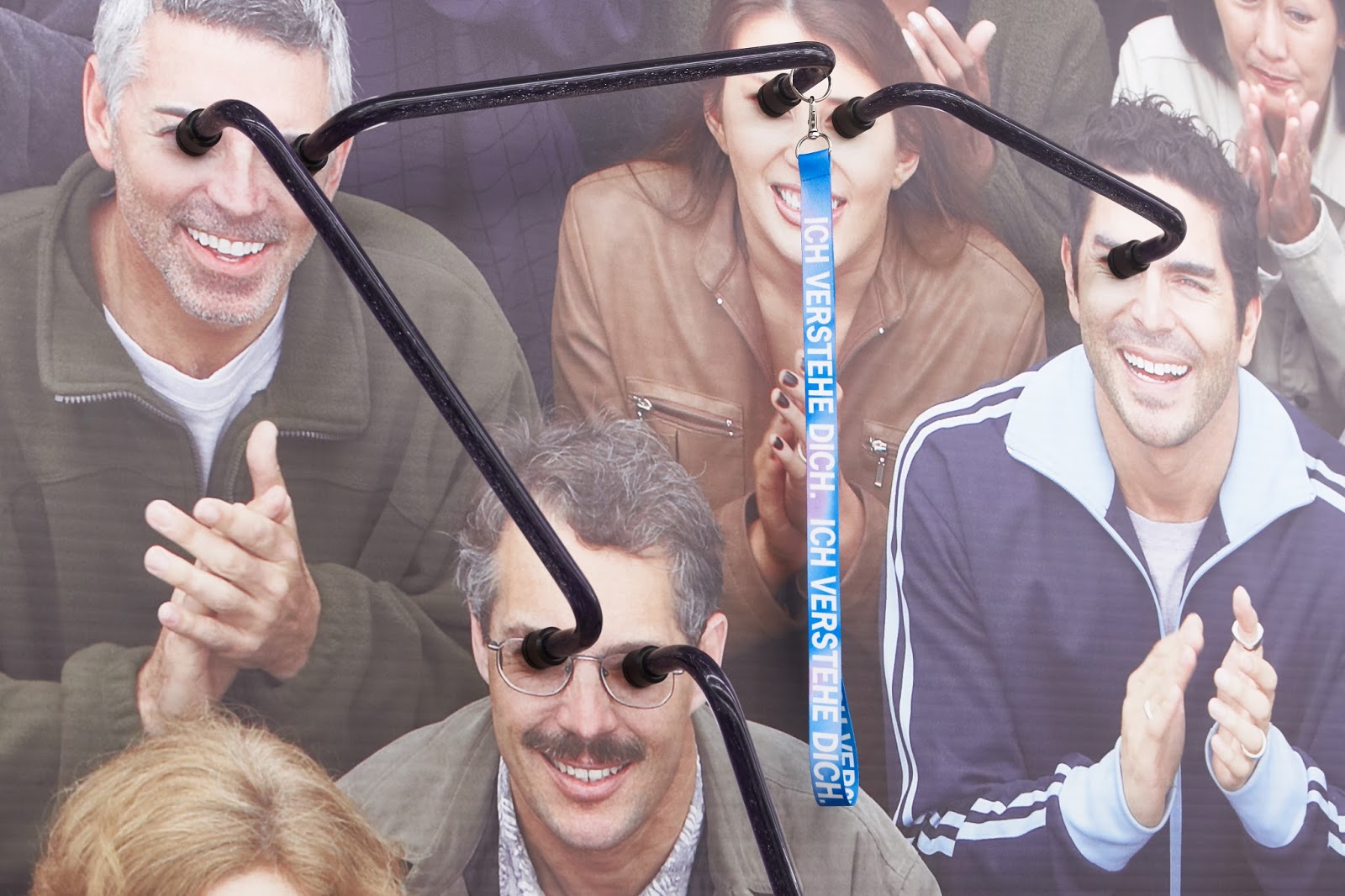 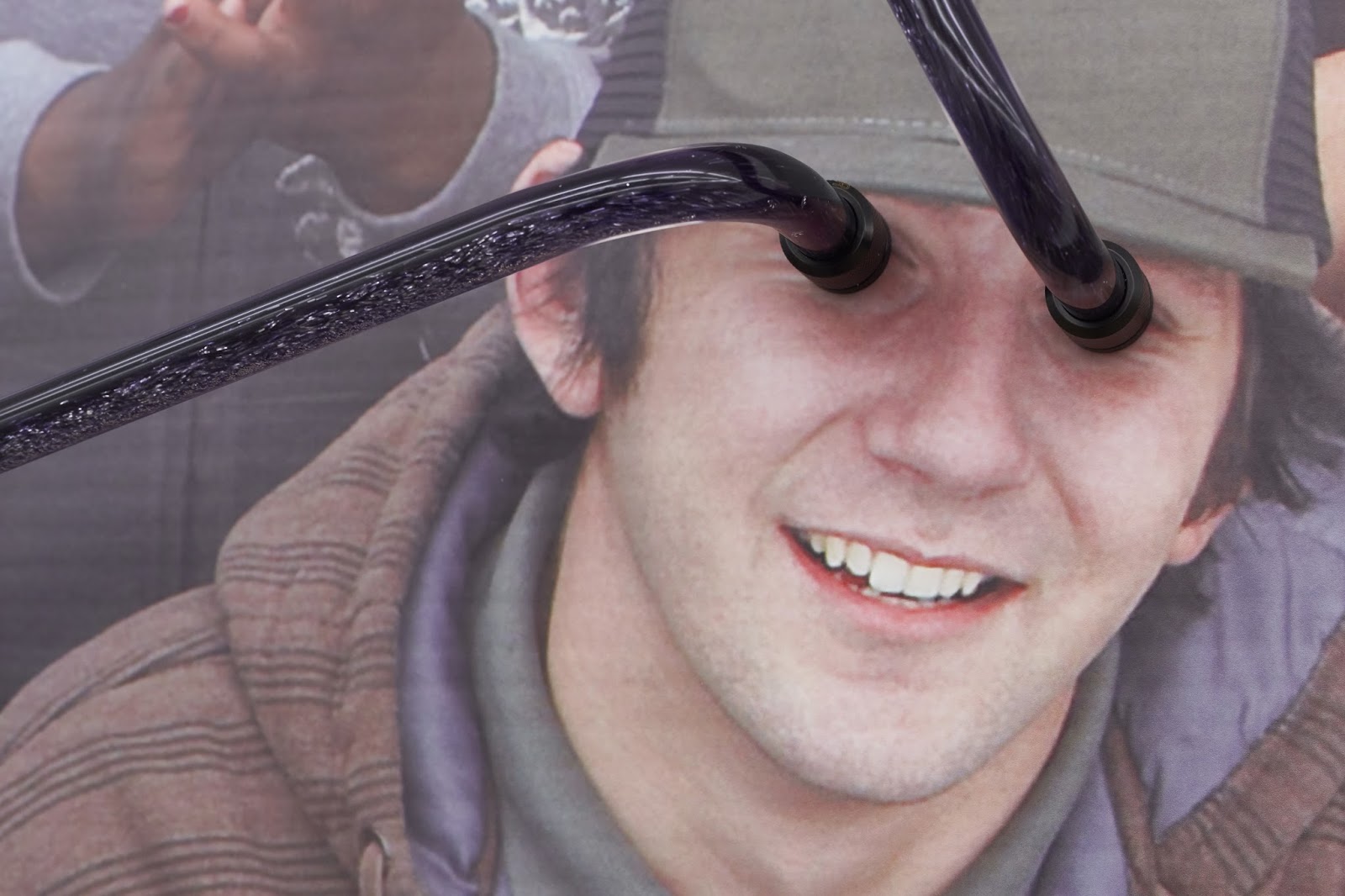 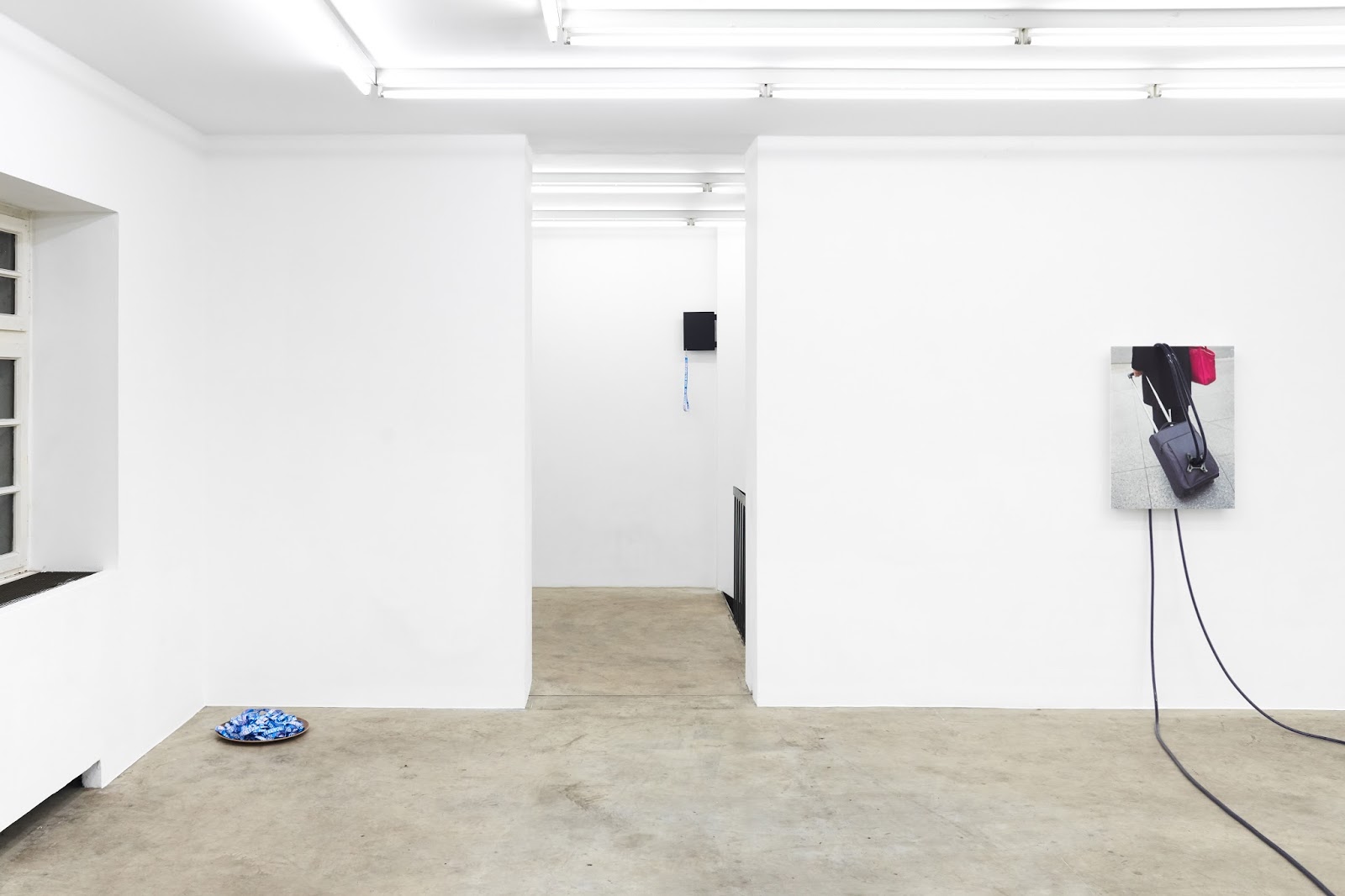 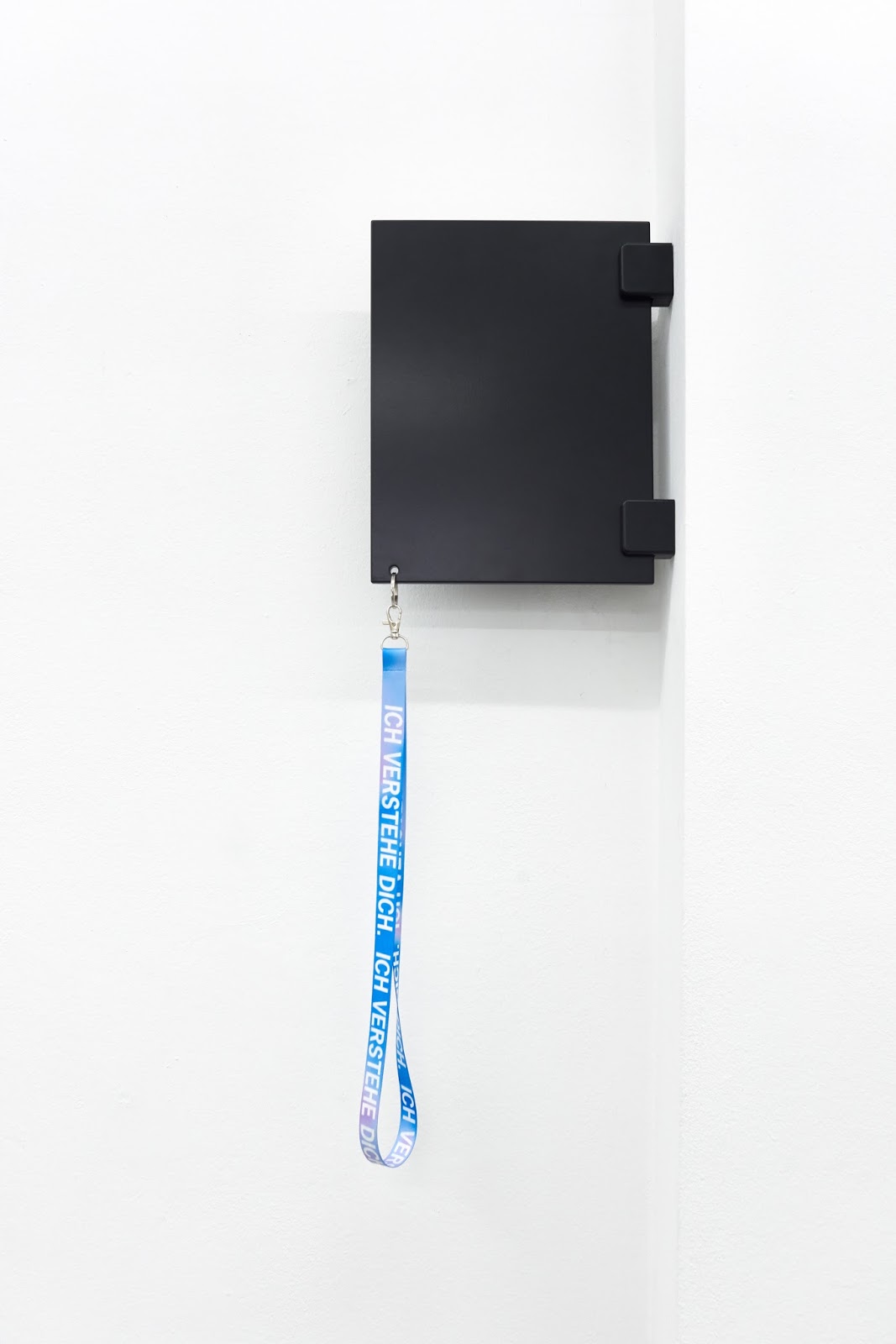 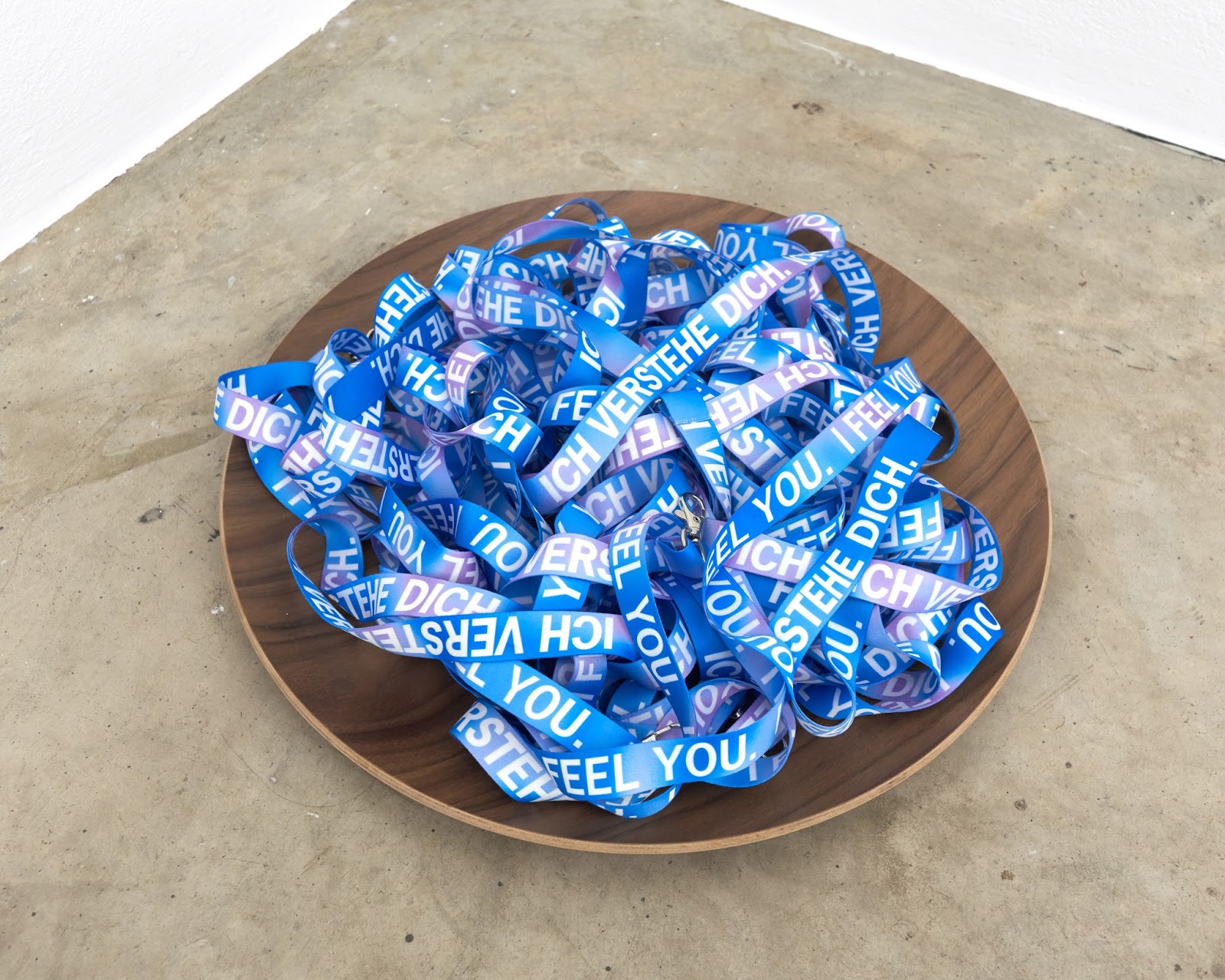 In his artistic practice Cologne based artist Jan Hoeft accurately investigates structures, mechanisms and aesthetic codes of subcultural scenes and further adapts them for his artworks.
For NAK's exhibition Jan Hoeft / Xavier Mary Hoeft realizes a new series of works as one spacefilling installation. Therefore he incorporates technology of computer tuning, originating from the gaming scene. Said technique is generally used to cool down computers, whose processors and internal components heat up during long-time gaming sessions. Countervailing the heat a closed circuit composed of pumps, tubes and gaskets carries a liquid past the heated parts. Hoeft decontextualizes these complex techniques and hence transfers them into the art world.

Positioned in the center of the room installation Heatkiller (2018) there is a sculptural item consisting of four tinted windows, square-cut in its layout, each glass panel provided with one pump. Emerging from these pumps is a black liquid, sparkling with silver glitter, running towards the pictorial elements attached to the walls of the exhibition space. The pictures are printed on twin-wall sheets, which are used as an advertising medium in public space and are easily mounted via cable straps. With a clear look for details, Hoeft not only uses the material, but the right manner of montage for his installation as well.

The motives of these picture carriers are borrowed from stock photography. Stock photos are produced, provided and sold by agencies. Hoeft isolates these picture which are mainly used in advertisement from their original purpose and brings them into the context of art. On closer inspection the extreme artificiality of the stock photos becomes obvious; they appear aesthetically clinical and sterile. The persons pictured in Hoeft's work resemble staffage in an allegedly perfectly arranged ensemble. Neutrally formulated titles such as Suitcase (2018) or Sky (2018) allows one to draw conclusions regarding the buzzwords Hoeft might have used to collect the material for this exhibition. Group (2018) for example depicts human beings with a different background, apllauding and smiling, united by an unseen, positive event. Hoeft questions actual and fake ties and relations by means of the constellations presented in the pictures, reinforced by the overall connecting element of the installation's tubing. This results in a strong and at the same time irritating entanglement of formerly lose knit components by technical means.

The protagonists of Gruppe are intrinsically tied to each other via their eyes. The liquid trickles from person to person, leading to a steadfast collective exchange of thoughts, ideas and emotions. Furthermore the associative potential enclosed in all pictures is vital to the work, entailing a positive and negative evaluation of the presented work by visitors. Initially Hoeft's work pauses indecisively on the slick surface, but at the same time a indispensable and downright discomforting demand for a further gaze is inherent.

Alongside the pictural elements pierced by technical systems the KHM alumnus presents a video piece. A camera circles a computer generated cityscape composed of an array of repetitive architectural models in Dispersion (2018). The domestic architecture Hoeft bought of the internet, a distinct parallel towards the use of stock photography in the other works. Neatly rendered buildings remind of no real existence. In the centre of the fictional town a golden dome manifests to the sound of a meditative gong, slowly expanding over the whole city like a bubble, swallowing up every building. Betimes its color changes, an ailing green is set against the positively connoted bright glow. Once again the ambiguity of the piece provokes latent mechanisms of evaluation. In the end the formed dome occupies the whole screen, then fades and disappears, just to emerge once more. The work is presented in a loop, therefore questioning content and consequence on display. Jan Hoeft uses the sentence I feel you (2018) on lanyard keychains and drapes these scattered throughout the exhibition so to a greater extent via the dichotomous concept of desired and unmeant closeness the duality of the room installation is reinforced and carried into the world by means of interaction.
Tags Aachen, Germany, Heatkiller, Jan Hoeft, Lazy exhibitions, NAK Neue Aachener Kunstverein
Newer Post Older Post Home